Lovin’ the capital of Bulgaria!

After our grim first impressions of Bucharest, capital of Romania, we were a little scared of what Bulgaria’s capital Sofia may have to offer… The great news is: Sofia is stellar! 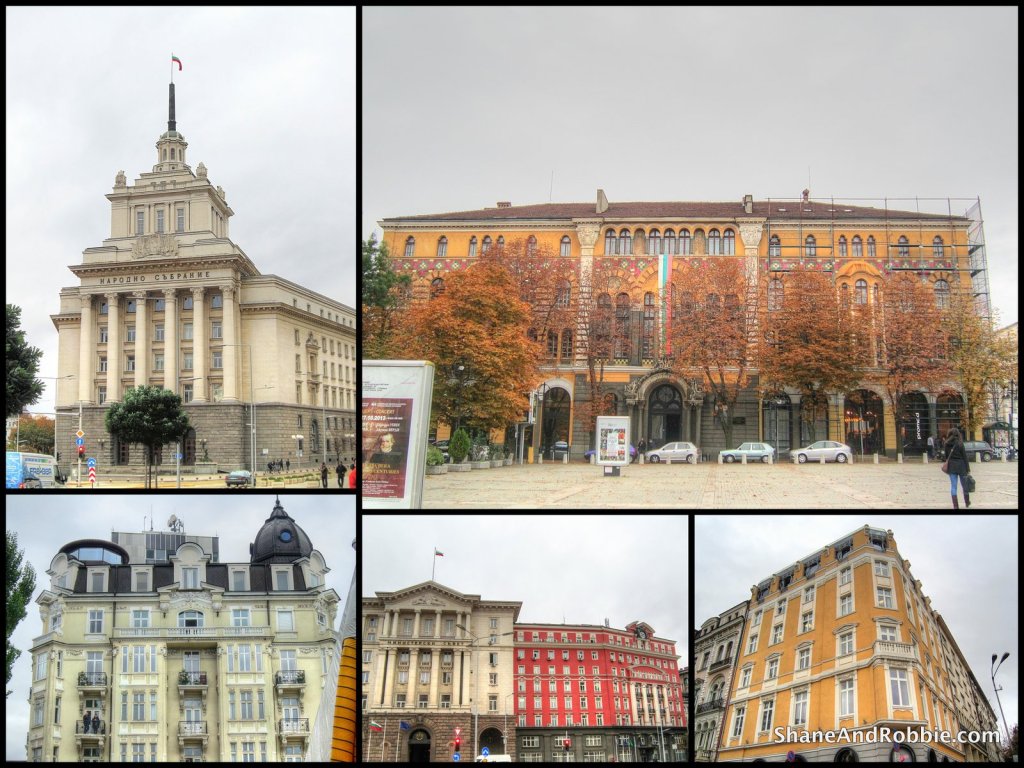 We arrived in Sofia around lunchtime after a 3 hour bus trip on a public coach that brought us here from Veliko Tărnovo. After the lumpy, bumpy roads of Romania, this bus journey was heavenly! The roads here seem to be more tarmac than potholes (what a wonderful novelty!), and there were 2 lanes of highway the whole way. The bus driver played loud Bulgarian pop music at us the whole way, which was fantastic – like a 3 hour Eurovision* immersion experience (minus the costumes and dancing). Unfortunately the day was a bit drizzly, but even through the clouds we could appreciate how stunning the scenery was.

*No sarcasm there – we actually watch Eurovision religiously and LOVE it. The costumes, the galmour, the wind machines… it’s so BAD, it’s good!

Three hours on a bus through the Bulgarian countryside.

Bulgaria is very mountainous, with the Rila and Pirin mountain ranges running East to West and essentially dividing the country in half. We crossed over a few of the Rila Mountains foothills today and into the Sofia Valley, where Bulgaria’s capital sits. The mountains we passed were all densely forested and beautifully coloured in yellow, orange, red and brown.

Bulgaria’s forests are home to a large population of bears, wolves, European lynxes and other wildlife. Awesome!

Sofia is built along the banks of the Vladayska River, nestled against the foot of Mt Vitosha. It was originally a Thracian settlement called Serdica and grew significantly under Roman rule as the city sits at the intersection of 3 mountain passes that link the Adriatic Sea and Central Europe with the Black and Aegean Seas. The city therefore became a key stop along ancient trading routes. The Romans and then the Byzantians left their mark of the city with Roman ruins and ancient Orthodox Christian churches peppered throughout modern Sofia. 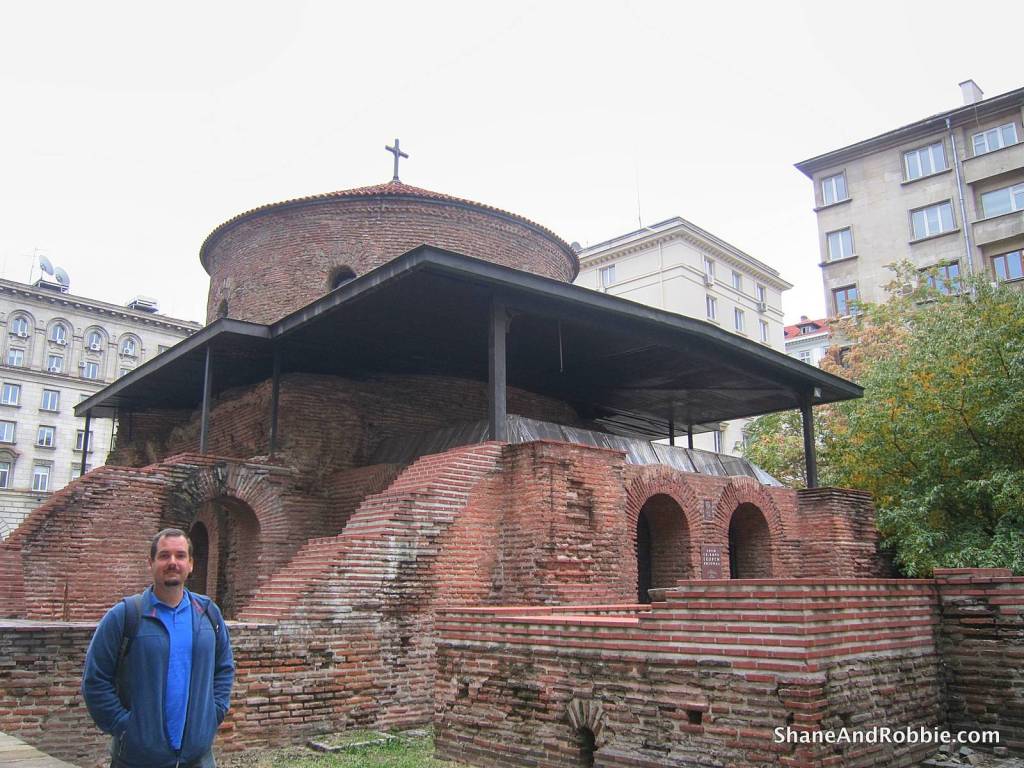 Shane with St George’s Church, one of Sofia’s oldest churches. Built in the 4th century AD this tiny church sits amongst some of the city’s oldest Roman ruins.

Despite its key location Sofia remained a relatively small settlement until 1879, when it was declared the capital of Bulgaria. The city expanded significantly in the years of the Bulgarian Renaissance, but was then severely damaged during WWI and WWII (attracted by promises of territorial expansion, Bulgaria sided with Germany both times and suffered the consequences). The Neo-Classical, Baroque and Rococo buildings were rebuilt however and the heart of modern Sofia is a beautiful mix of the late 19th century architecture, ancient Roman ruins, medieval Bulgarian townhouses and Byzantine churches. This blend creates an eclectic and colourful cityscape that we just loved.

The Sveta Nedelya Cathedral was built in the 19th century in the Byzantine style.

The National Theatre of Bulgaria  was built in the 19th century in the Baroque style. 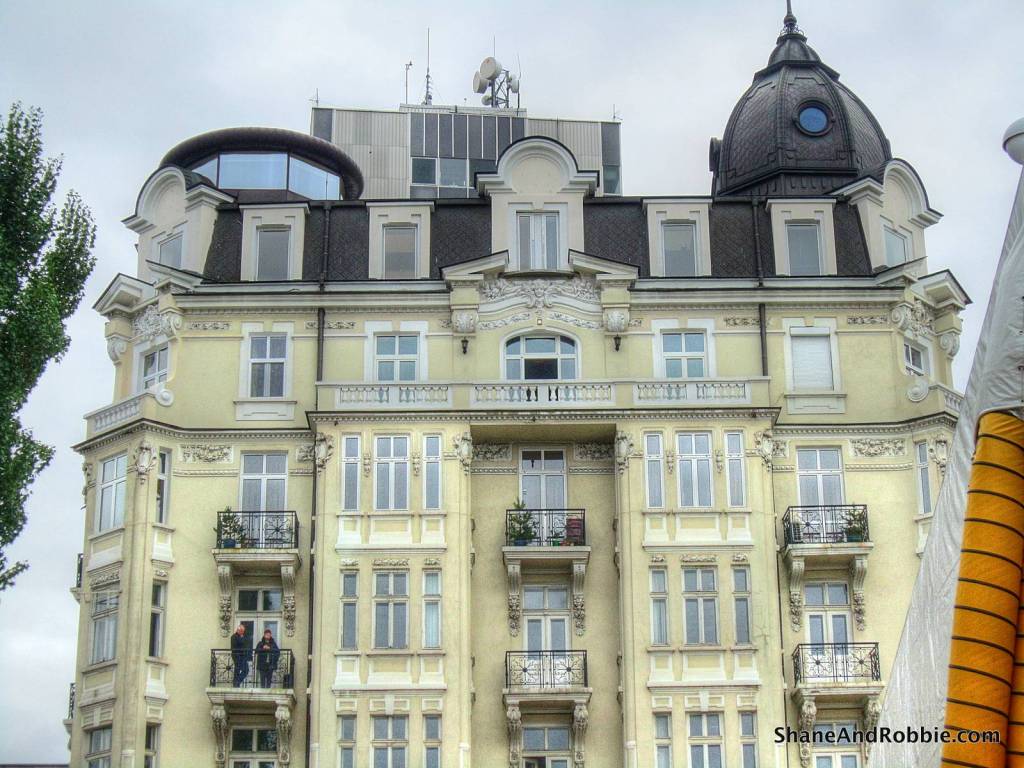 One of central Sofia’s lovingly restored 19th century Neo-Classical buildings. This one is a hotel today.

Our favourite sight in the city was the Alexander Nevsky Cathedral. this huge Orthodox Christian church is one of the iconic symbols of Bulgaria. It occupies an area of 3,000 square metres and can hold 10,000 people. It was built in the late 19th century and named after Alexander Nevsky, the Russian prince who helped liberate Bulgaria from Turkish rule. The cathedral was built in honour to the Russian soldiers who died during the Russo-Turkish War of 1877-1878. With its gold-plated domes and immense, fresco-lined interior, this is by far one of our favourite churches of all time.

Alexander Nevsky Cathedral is one of the iconic symbols of Bulgaria.

As beautiful as Sofia is, it’s still a big city (population 1.3 million) though, so the traffic is a little mad and there were a few dodgy characters here and there that we saw scoping us out as potential targets. We’re told that the city is considered to be generally pretty safe however, with pickpocketing being the main concern. Unfortunately that’s pretty standard in most European cities these days, with Helsinki (Finland) and Reykjavik (Iceland) being the only towns where we haven’t felt any need to exercise extra precautions. Sadly even here in Bulgaria the main issues with petty crime seem to be with the Roma people (i.e. Gypsies) who hang around the public transport hubs and touristy areas. This was a huge issue in Romania* and since Bulgaria is just across the Danube, it makes sense that some of those issues would spill across the border. Not that this should stop anyone from visiting this part of the world – it’s still a bit rough around the edges, but absolutely charming in its own way. And Sofia is simply stunning!

*It was interesting chatting to a few Romanians when we were there and hearing how passionately they hate the Gypsies. They resent whole heartedly that foriegners think of the Roma people as Romanians and associate Gypsies with Romania. We met so many hard working, simple Romanians who slave away on their farms or work 2-3 jobs in the city to feed their families and help improve their lot in life. The Romanians we met were, on the whole, lovely. They’re loud, passionate, vociferous, but fundamentally good people. Most of them would happily invite you into their homes for a glass of their lethal, home-made horlinca and want nothing more than a chat in return. The lesson we learnt there is that Romanian is not the same as Roma. Even here in Bulgaria we’ve already encountered a similar anti-Roma sentiment. Not that we want to sound like racists, obviously there are good and bad eggs in every bunch and not every pickpocket or criminal on the street here is a Gypsy. It is interesting however that the Romanians and Bulgarians want us, as visitors to their country, not to prejudge THEM based on what we’ve heard or seen or experienced of the Roma people.

Alexander Nevsky Cathedral – one of our favourite churches ever! 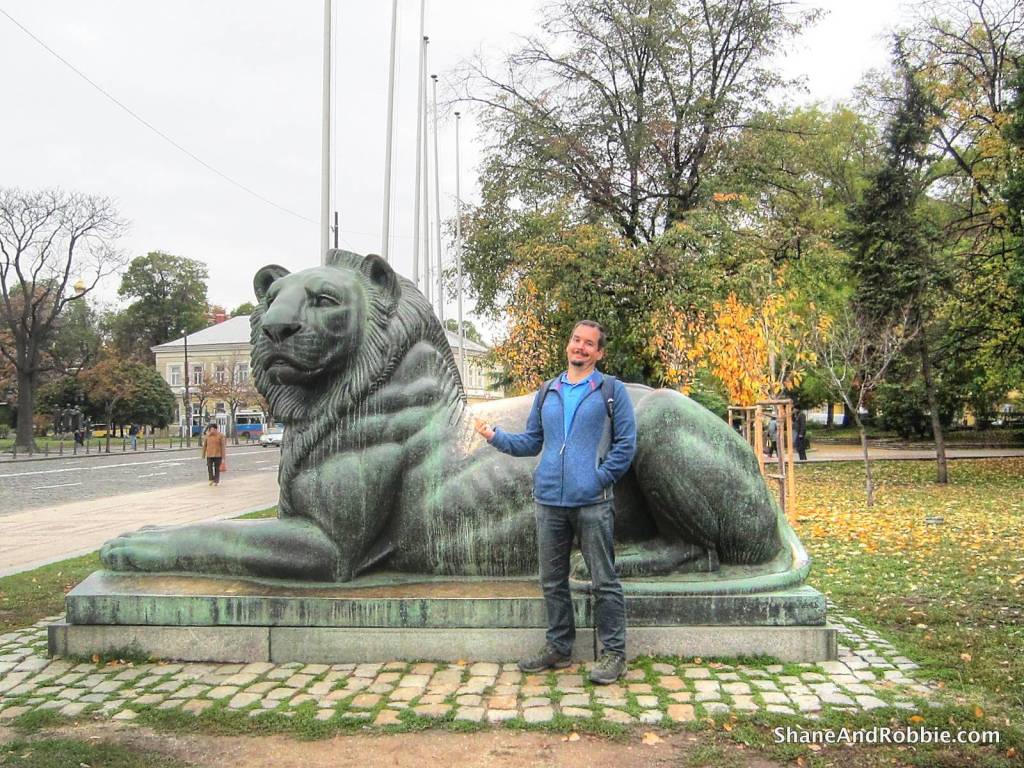 Unfortunately we’re only here in Sofia 1 night as tomorrow we’re off to explore the Rila Monastery, one of Bulgaria’s oldest mountain monasteries. We’ll tell you all about it tomorrow night! 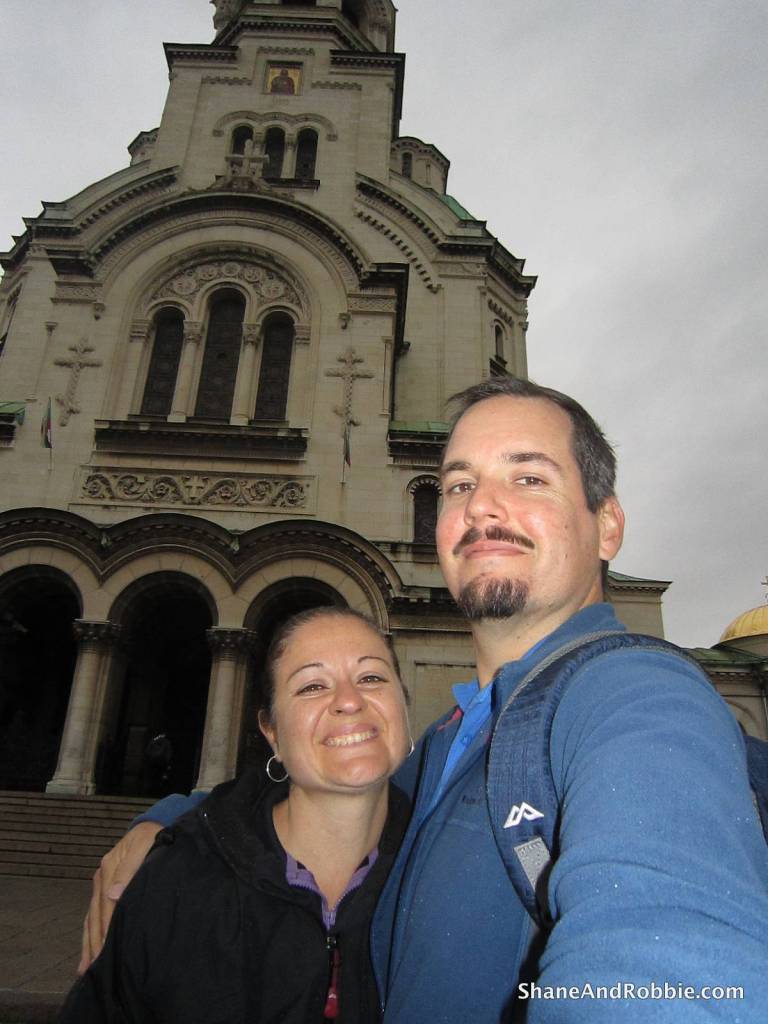 This leg of the trip is rushing past too fast! We’ve only got 6 more nights left in Eastern Europe…