DAY 199: JUMPING ACROSS THE BORDER INTO TANZANIA…

We left Kenya behind this morning and crossed into Tanzania. We’re spending just over a week here and are really excited as neither of us has seen Tanzania before*.  Our plan whilst we’re here is to visit some of Tanzania’s most famous national parks – including the Serengeti (the world’s most popular backdrop for African wildlife documentaries), Ngorongoro Crater, Tangarire National Park and tonight’s home-away-from-home: Lake Manyara National Park.

*I was born in Arusha but my parents left when I was 2 which really doesn’t count.

Being neighbouring countries Kenya and Tanzania are fairly similar in terms of culture, climate and geography, but there are some notable differences. For example, Tanzania was a German colony during the 1800s and early 1900s whilst Kenya was British. And though both countries became independent around the same time (1963-1964), politically, economically and culturally they have evolved very differently. Kenya has followed a rather tumultous, sometimes violent, but always strongly capitalist, trajectory; the end result is that Kenya is quite prosperous for an African country and its population generally fairly well educated. Tanzania on the other hand followed a communist/socialist path and though more peaceful than Kenya, lags behind in terms of education, personal wealth, and overall infrastructure and development. 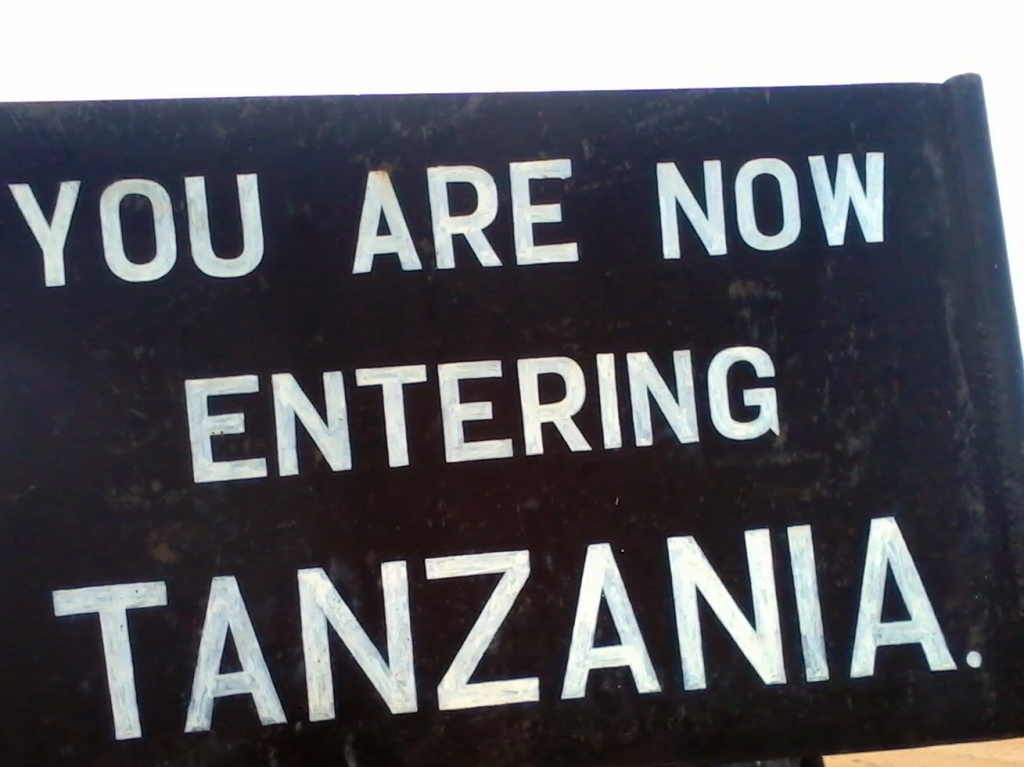 Crossing from Kenya into Tanzania.

These differences were apparent as soon as we crossed the border into Tanzania – things here are noticeably “rougher around the edges”. The people are still very friendly and the scenery amazing, but things like the state of the roads and the predominant form of housing we saw whilst driving along are indicative of the differences between Kenya and Tanzania. 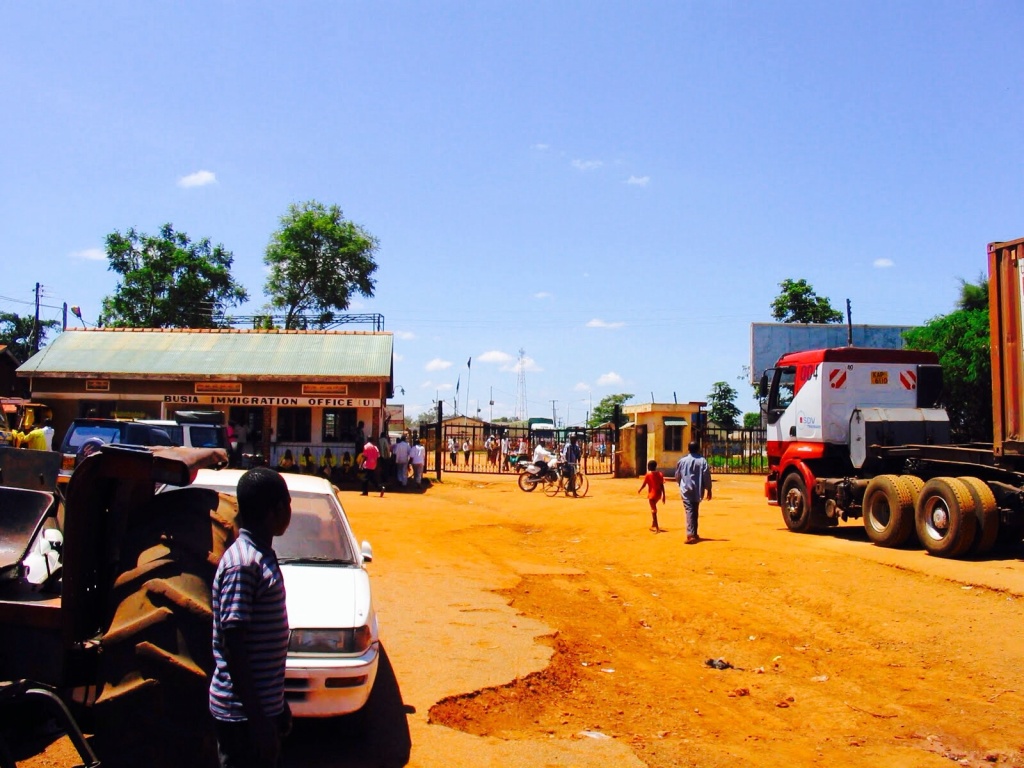 Tanzania: just a little “rougher around the edges” than Kenya.

We crossed from Kenya into Tanzania at Namanga, a small town just 120km from Arusha (Northern Tanzania’s biggest city). The town of Namanga itself was pretty non-descript – the usual small African township with dirt roads and lots of shacks lining the streets. The only difference between this town and most was the big gate seperating one half of the town from the other and the presence of 2 cement-block buildings, either side of the gate: the Kenyan and Tanzanian immigration and customs buildings.

We had heard stories of people spending hours in queue waiting to exit Kenya and then a further few hours on the other side of the gate getting their visas so they could officially enter Tanzania. It was with some trepidation, therefore, that we said goodbye to Henry, our Kenyan safari driver/guide, and headed off to the Kenyan immigration building. Lucky for us it was pretty quiet and within 30 minutes we had been fingerprinted and photographed by the Kenyan authorities and stamped out of that country.  The Tanzanian side was the same – our visas took all of 10 minutes to get, then we were fingerprinted and photographed again, and that was it. So easy! 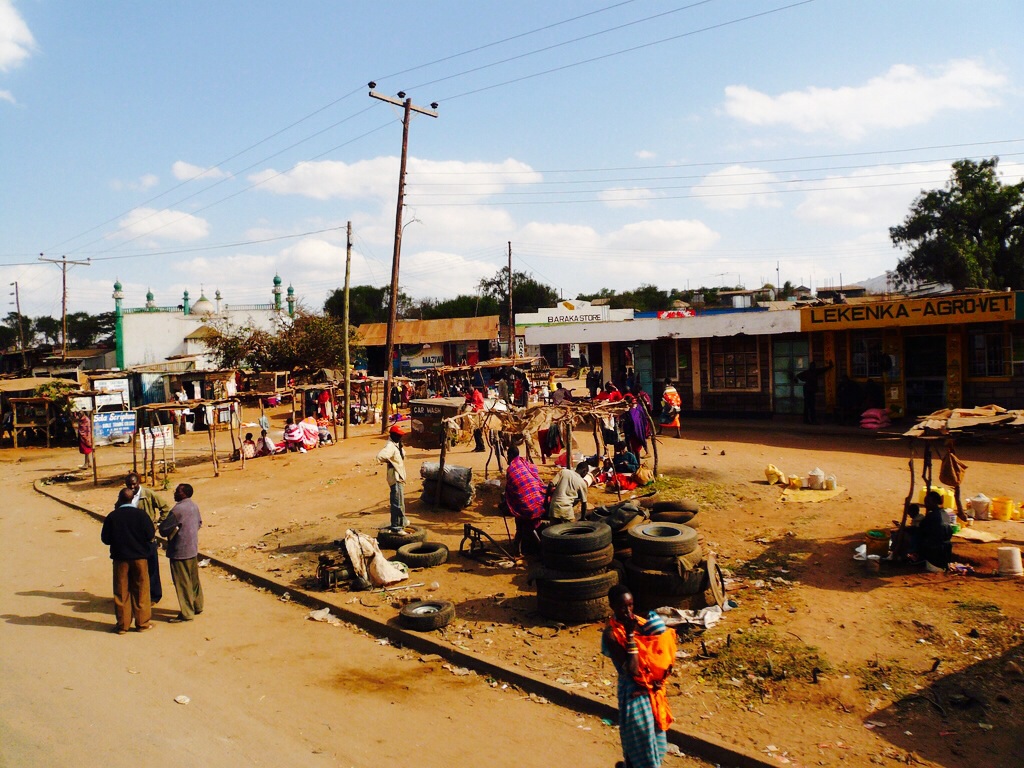 We made it into Tanzania!

Once through the immigration process we met up with Charles, our Tanzania safari driver/guide, and set off towards Arusha for lunch. Arusha is the biggest city in Northern Tanzania (population 1.2 million), and the “safari capital” of the country. it’s from Arusha that most people who visit Tanzania depart for the Serengeti, Ngorongoro Crater, Mt Kilimanjaro, Olduvai Gorge, etc. The city sits at 1,300m at the base of Mt Meru, a 4,566m dormant volcano and Tanzania’s second tallest mountain, and has a temperate claimte that’s perfect for coffee and tea farming. One of the oldest coffee farms in the area is the Arusha Coffee Plantation. This 600 hectare working coffee farm has a restaurant on the grounds and serves excellent coffee – as we discovered when we stopped there for lunch on our way through to Lake Manyara National Park!

We arrived at Lake Manyara National Park late in the afternoon – just in time to check in and grab a pre-dinner apéritif. The camp where we’re staying tonight in OK, though a little basic compared to places we stayed in Kenya*.  The main concern we have is that the camp is built next to a wetland area fed by a river aptly named Mosquito River and the area is FULL of mosi’s and other bugs. We’ve got a mosquito net over the bed so we should sleep alright, but with both malaria and yellow fever endemic in this area, we’re taking no chances! We’ve slathered ourselves in insect repellent and spent our evening madly swatting at anything that buzzed, crawled and/or flew in our direction!

*Seems Tanzania is far more expensive that Kenya when it comes to safari accommodation and whilst the budget we set ourselves got us some pretty special digs across the border, things here in Tanzania might be a little less spectacular.

Our abode for the next couple of nights. We had to oust a few spiders and a nest of ants before we could move in, but it’s OK.

Apart from the vervet and sykes monkeys that we’ve seen around the camp, we haven’t had a chance to see any wildlife yet. We’ll be spending all day tomorrow exploring Lake Manyara National Park, however, so no doubt there will be lots of animal photos to come! Tune in then to see what our first Tanzanian game drive reveals….

Happy to have landed in Tanzania safely.