If you go down into the woods today, you’re in for a big surprise… coz it’s “Bear Aware Season”!

We went hiking around the Five Lakes area within Shiretoko National Park today and it was glorious. We had full sun, blue skies, and a gentle zephyr keeping us pleasantly cool. The scenery wasn’t bad either.

Shiretoko National Park is home to Japan’s largest brown bear population and they are all out and about at this time of year, foraging for food after their long winter hibernation. That is why, when hiking through certain parts of the park, you have to have a guide with you who is trained in “Bear Awareness”*. No ifs, no buts. We were totally fine with that, especially after watching the short video they played explaining how to avoid meeting a bear (executive summary: pay attention to your surroundings, make lots of noise), and what to do if you do encounter a 400kg brown kuma  ( translation = Japanese version of a grizzly bear). Don’t panic, keep calm; don’t run, back away slowly; don’t scream or shout, just remain silent. Errrrr…. Sure. Good luck with that. Should I encounter a bear I think I’ll be screaming, shouting, running and pooping my pants all at the same time actually.

Bears aside, turns out hiring Yuji, our English-speaking guide, for the day, was the best move we made – he was great! Yuji grew up in this area and has been hiking in the national park since he was a child, and he obviously loves his job. He was like a Japanese version of Bear Grills crossed with David Attenborough – he had this crazy adventurer/forest-man vibe about him, but then knew so much about the geology, history, flora and fauna of the park, that we couldn’t help but learn heaps off him too. Totally awesome. He even told us a few very un-Japanese-like jokes! One of the better anecdotes he shared was about when he was out camping in Shiretoko National Park during winter (who does that?!!) in February 1982; that was the coldest winter on record in Shiretoko, and Yuji was out in the midst of it all when it got down to -29C. What a legend!

*May, June and July is “Bear Aware Season” – this is when the bears are most commonly seen foraging around the low-land regions of the park. Come August and September they start retreating further up into the mountains so you can go hiking around the Five Lakes without a guide. After the first snows fall in October you can do whatever the hell you like as the bears are hibernating – if you’re stupid/brave enough to go hiking around in the snow and sub-zero temperatures, that is. 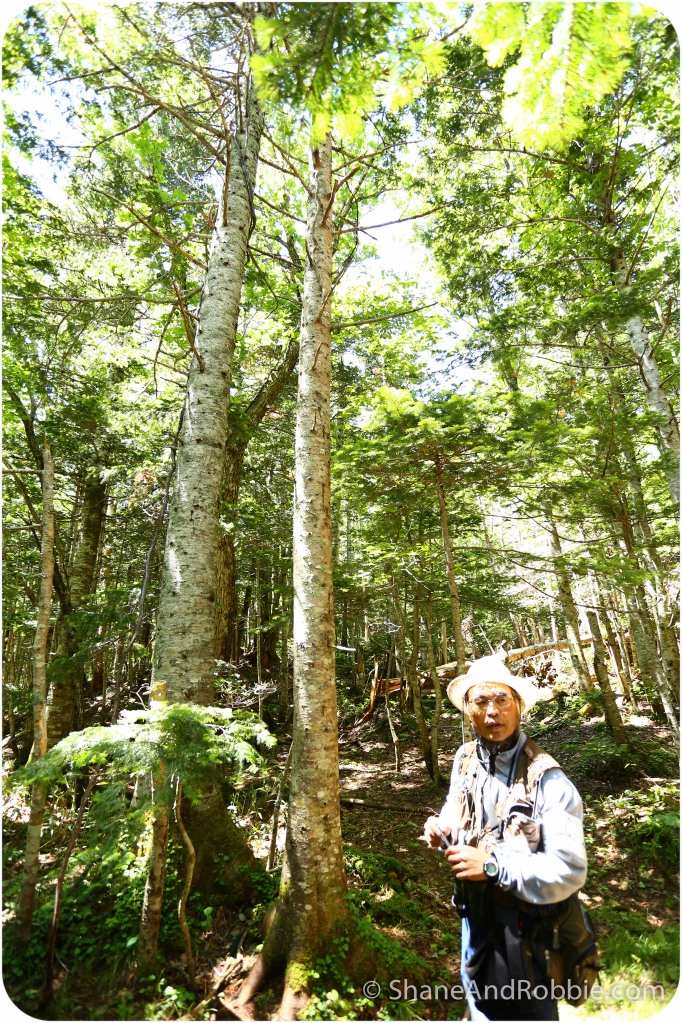 Yuji took us and a couple of other English-speaking tourists on a 3 hour walk through the bush. We saw foxes, deer, snakes and LOTS of mushi (translation = bugs); though (fortunately) no bears. Unfortunately the animals were too quick for us to get on camera, but we got lots of opportunities to photograph the forest, lakes and mountains. 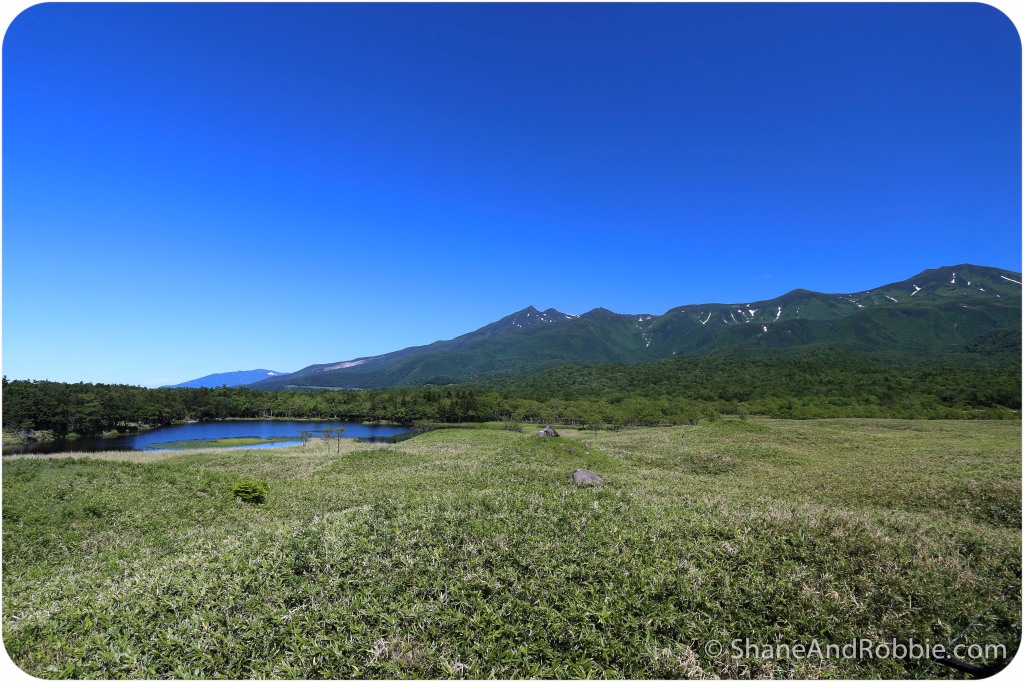 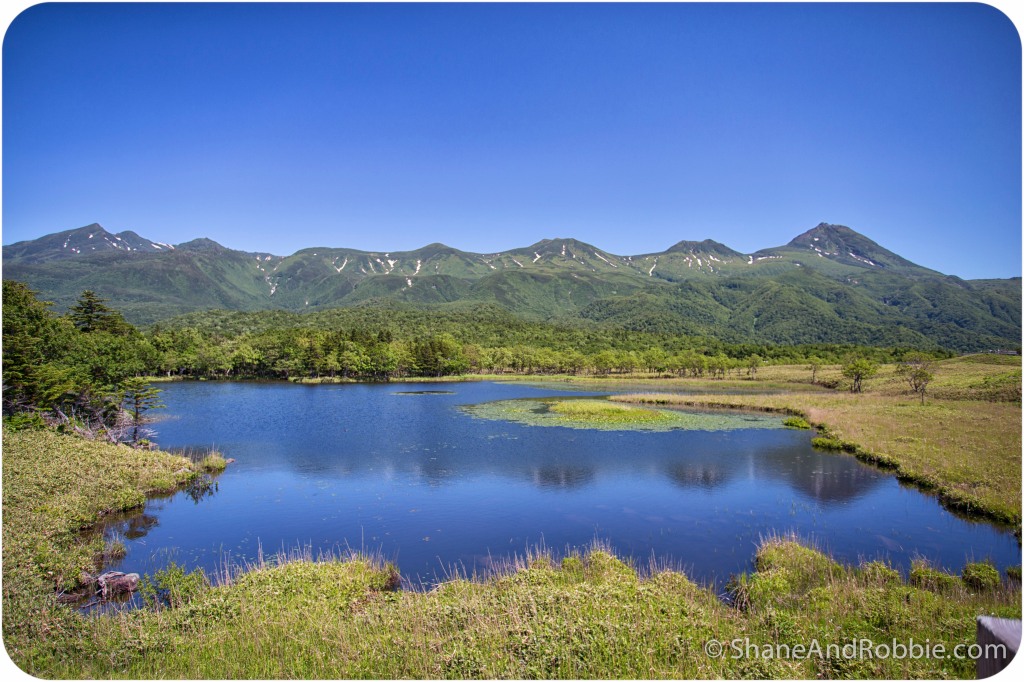 Shiretoko Goko (translation = Shiretoko Five Lakes) is an area of marshland located on the Western side of the peninsula, surrounded by old-growth forest. According to Ainu legend, the five lakes were formed long long ago by the five fingers of  God’s hand when they pressed into the land. According to science the five lakes were formed long ago when the nearby Mt Io erupted, leaving dents in the land which then filled with water. Underground springs from the Shiretoko mountain range feed the lakes and keeps them from drying out even though no rivers flow into them. 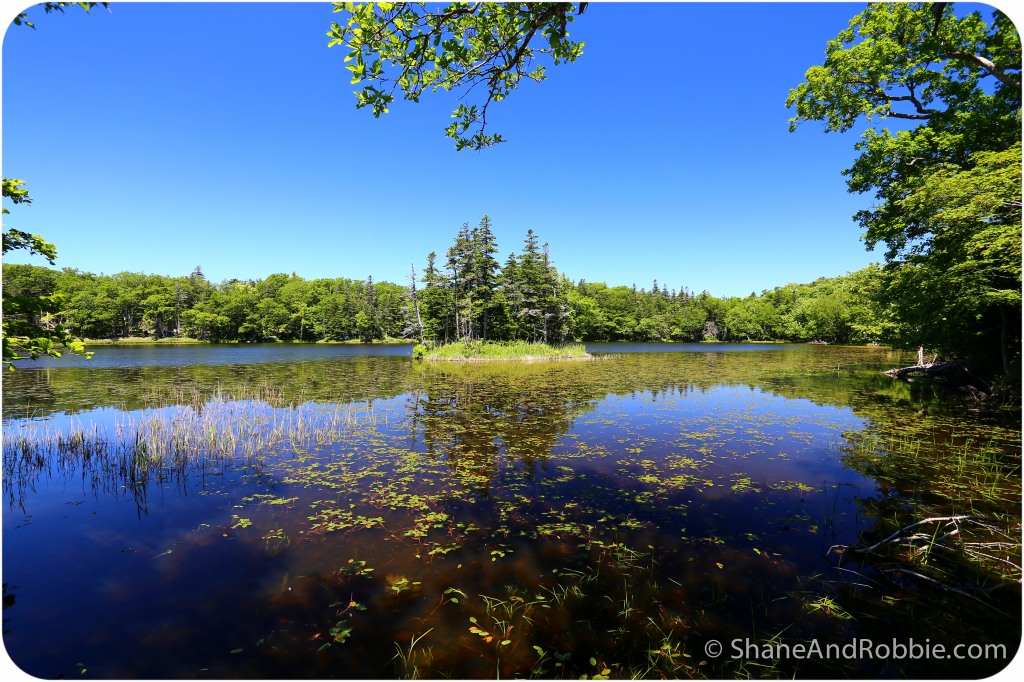 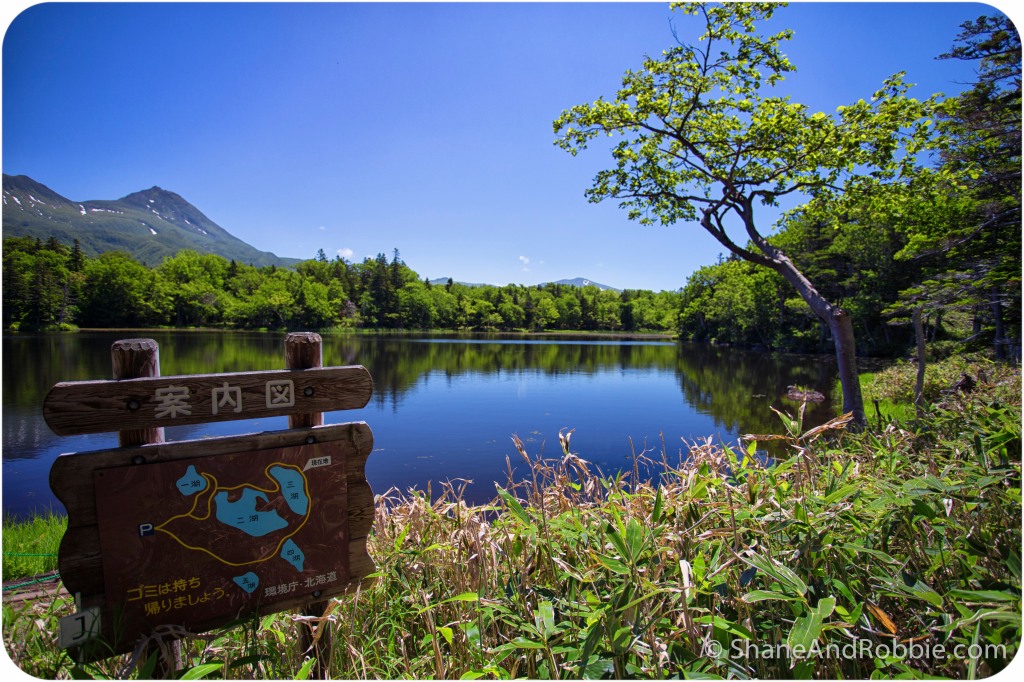 The scenery really was spectacular, and the reflections of the Shiretoko mountains in the waters of the five lakes was breath-taking.

We know we only saw the tiniest sliver of what Shiretoko National Park has to offer today, but it was enough to make a lasting impression on us. This is a wild, untamed, beautiful part of the world that feels like it still belongs to Nature; human beings are the interlopers here. We just feel so fortunate to have been able to get a glimpse of the wonder that is Shiretoko.