The Romans called this town Aquae Sulis when they settled here in the 1st century AD. People came from miles around to soak in the warm waters of the thermal spa, and relax whilst admiring the beauty of the surrounding landscape. The town’s name and some of the other details have changed, but essentially people still come to Bath for the same thing today. We spent our day exploring some of Bath’s history, and joining the long list of tourists who have relaxed in the town’s comfortable embrace. 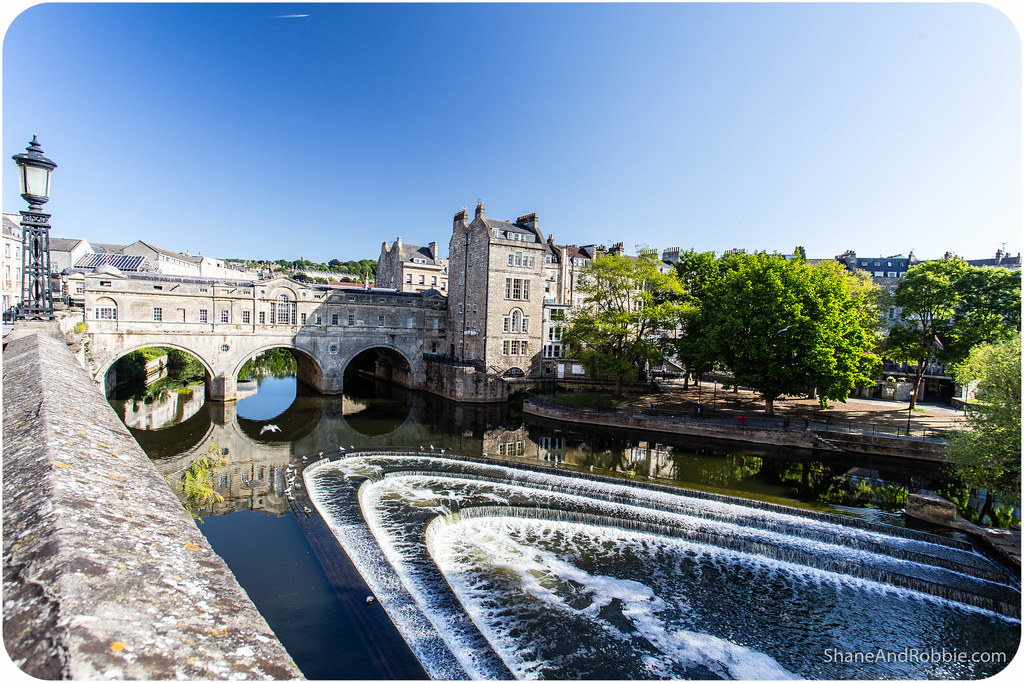 The Roman city of Bath was founded around 60AD and quickly became a popular spa town, visited by Roman citizens for the curative properties of its thermal hot spring waters. The baths were extensive, equipped with tepidariums (i.e. warm pools), frigidariums (i.e. cold water pools), change rooms and public spaces to relaxing in. During our visit to the ruins of the Roman Baths of Bath we learnt that the city’s baths and its adjoining Temple of Minerva were amongst the most famous and important Roman establishments north of the Alps. 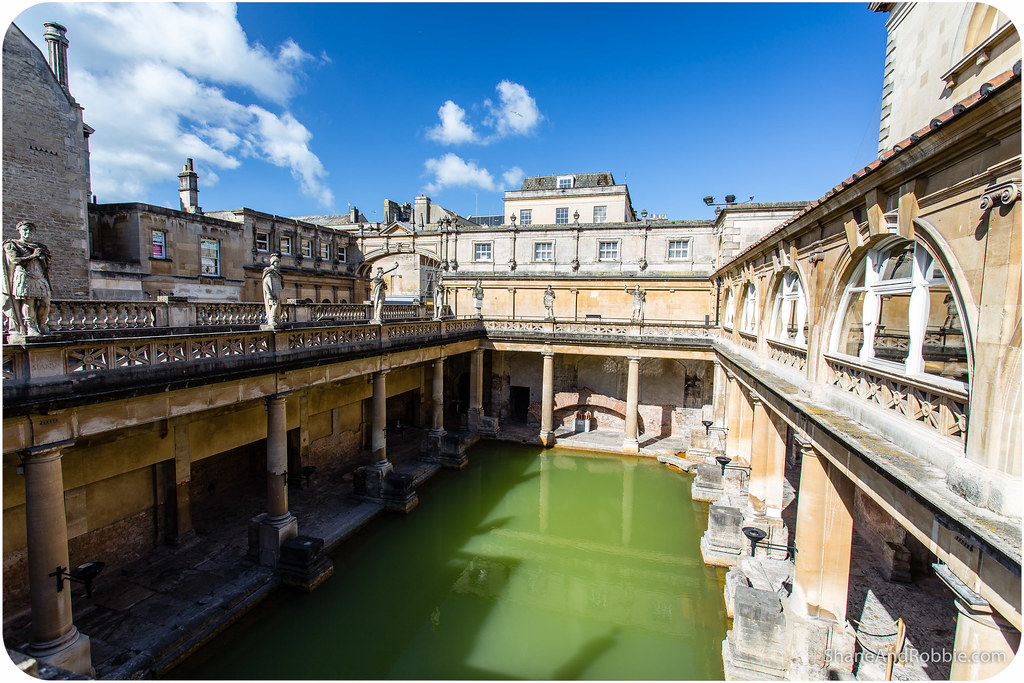 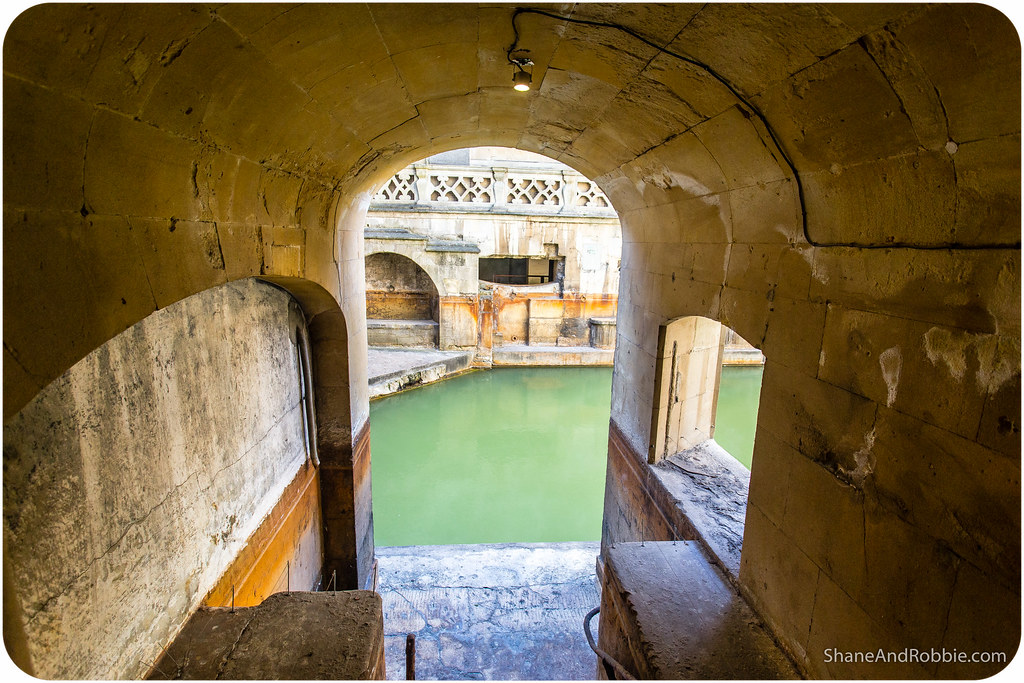 Then water for the Baths came from hot springs that deliver water 1,200,000L of water daily at a temperature of 46°C. The main tepidarium at the baths mixed water from the hot spring with cool water from the River Avon to create a pool that was comfortable for soaking and socialising in. 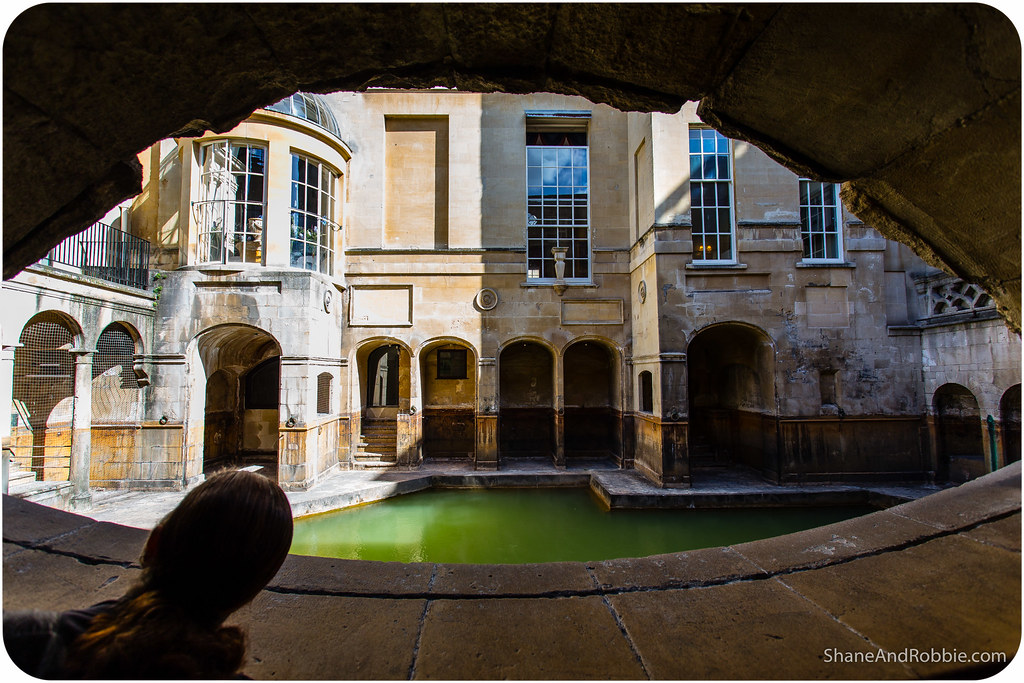 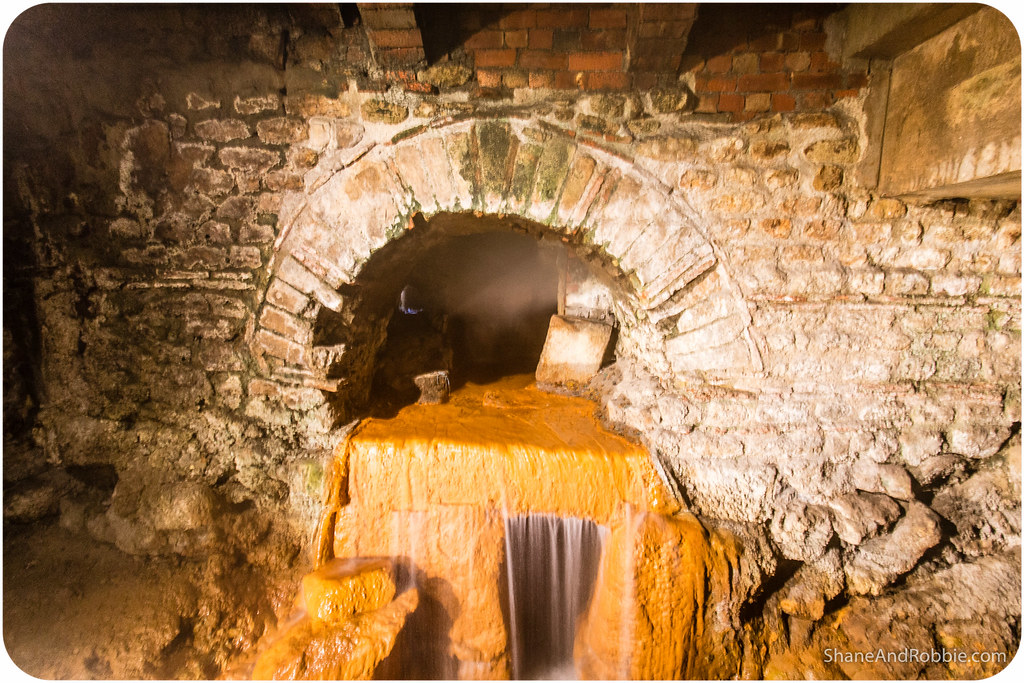 After the Roman withdrawal from Britain in the 5th century, the baths and temple were buried by silt and disappeared from view. They were only rediscovered in the 18th century and the ruins incorporated into a new structure, rebuilt in the architectural style of the 1750s. Touring through the Roman Baths museum today it was interesting seeing how the Roman ruins, 18th century architecture, and modern building materials blended together. 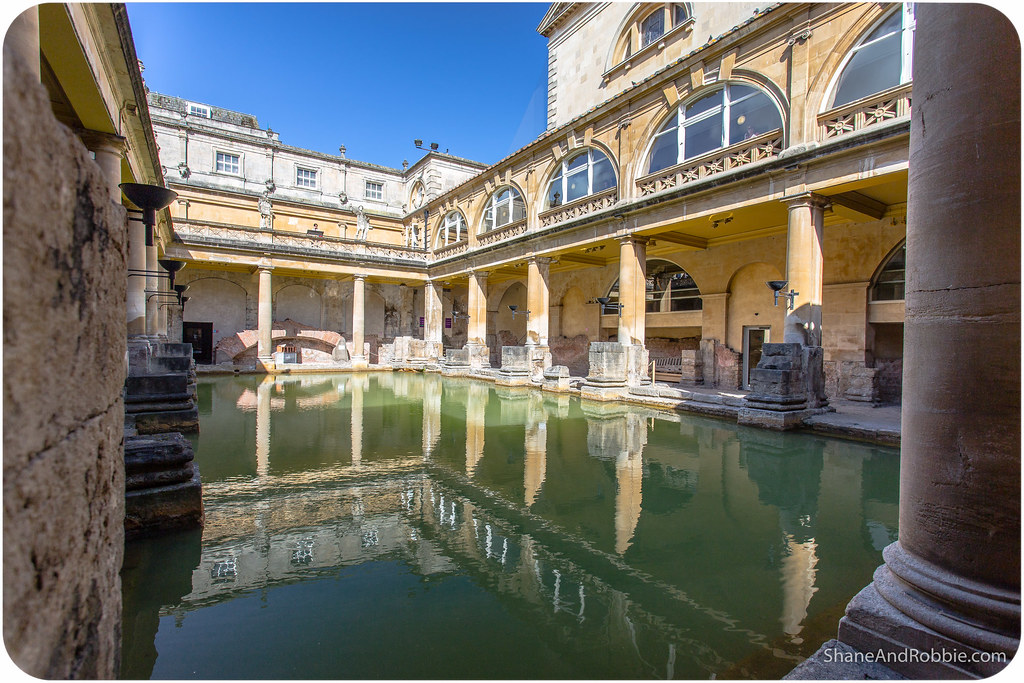 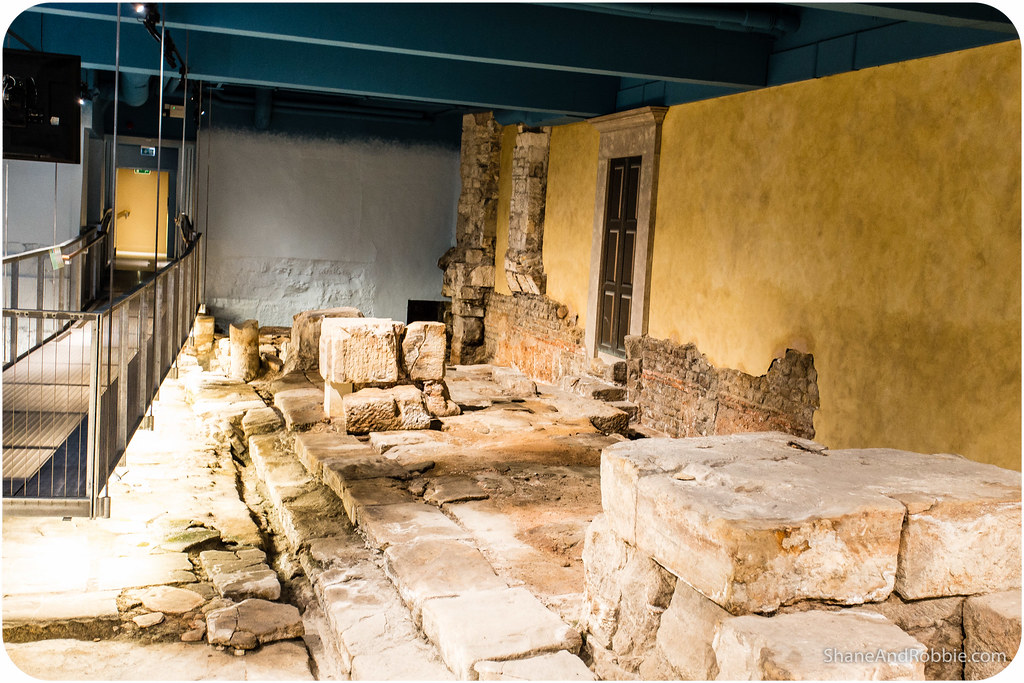 The 18th-century buildings the Roman baths are housed in was designed by architects John Wood Senior and his son, John Wood Junior. Together with fellow architects Ralph Allen and Richard Nash, this father and son team are responsible for Bath’s distinctive look, which we spent our day enjoying. 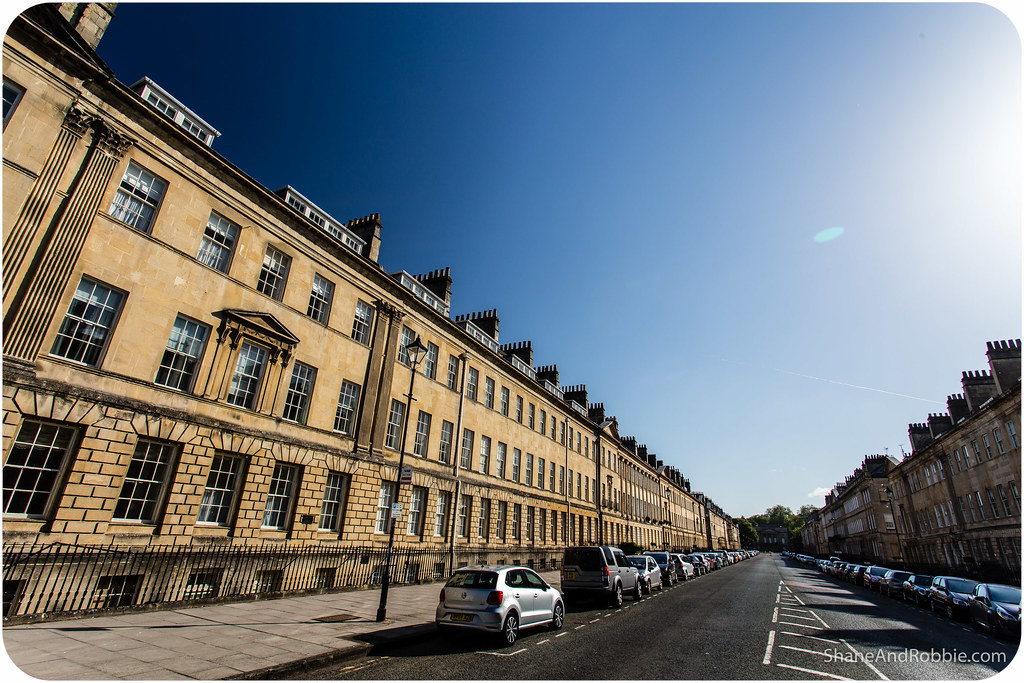 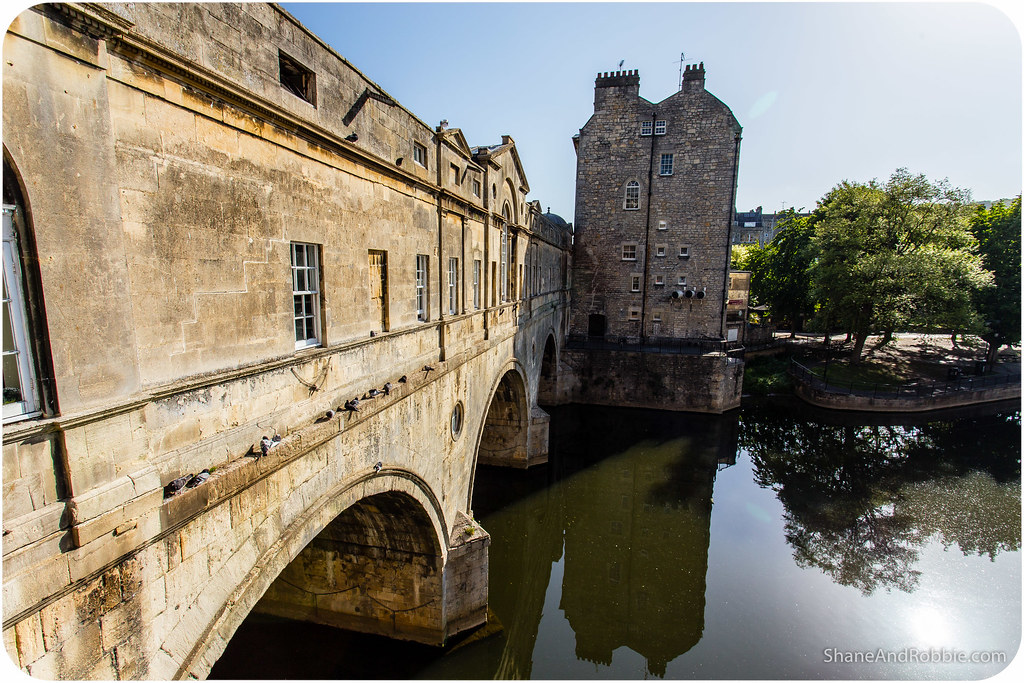 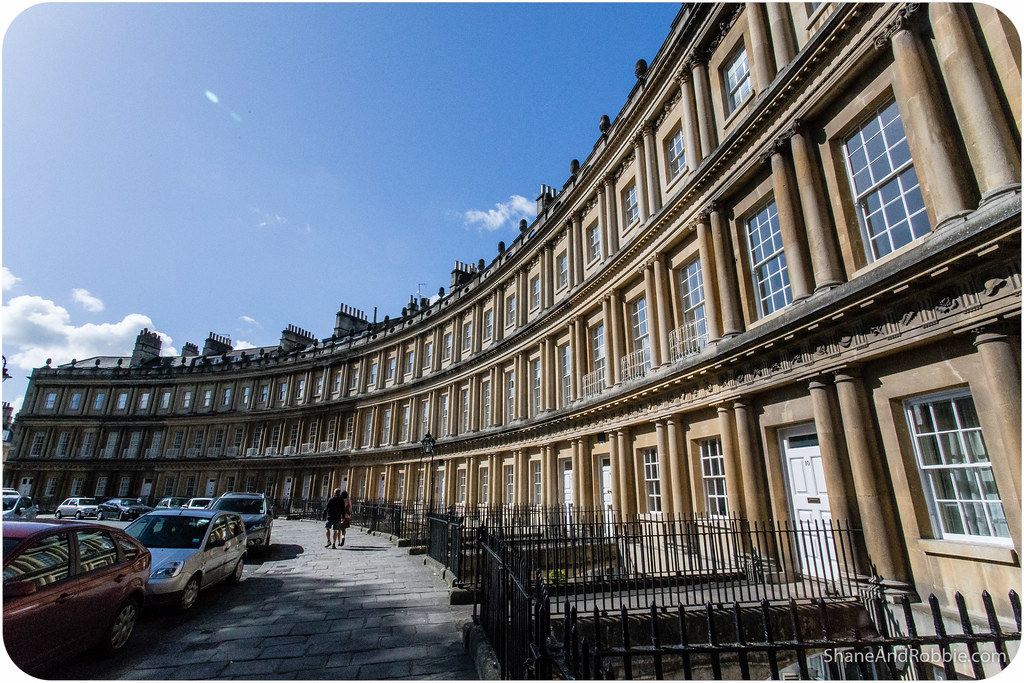 Bath underwent extensive renovation work and expansion in the mid-18th century when the Roman baths were rediscovered. Wealthy Londoners flocked to see the ruins and soon it was all the rage to have a holiday home in Bath. Unlike many cities that grew organically and over a period of time, Bath was essentially rebuilt all at once, hence the consistency in architectural style. 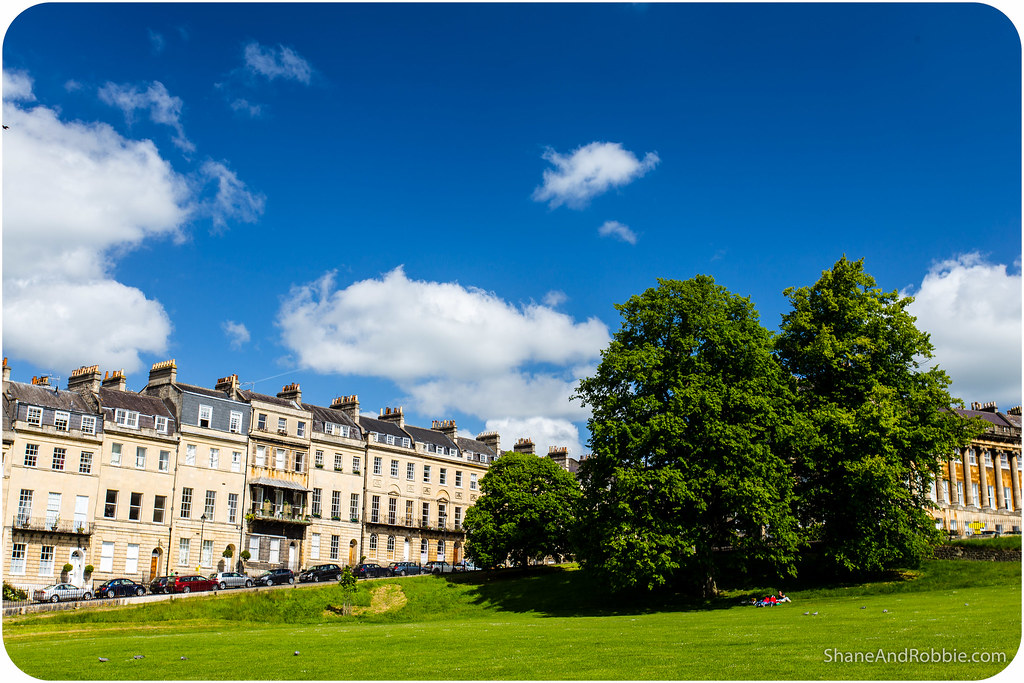 Bath’s architects worked to turn the town into one of the most beautiful cities in Europe, with architecture that blended into the landscape and lent itself to grandiosity. Nowhere is this more apparent than at The Royal Crescent, Bath’s most spectacular terrace of townhouses. Relaxing on the grass of the parkland just in front of the Royal Crescent today we got to really appreciate the grandness and beauty of Bath. 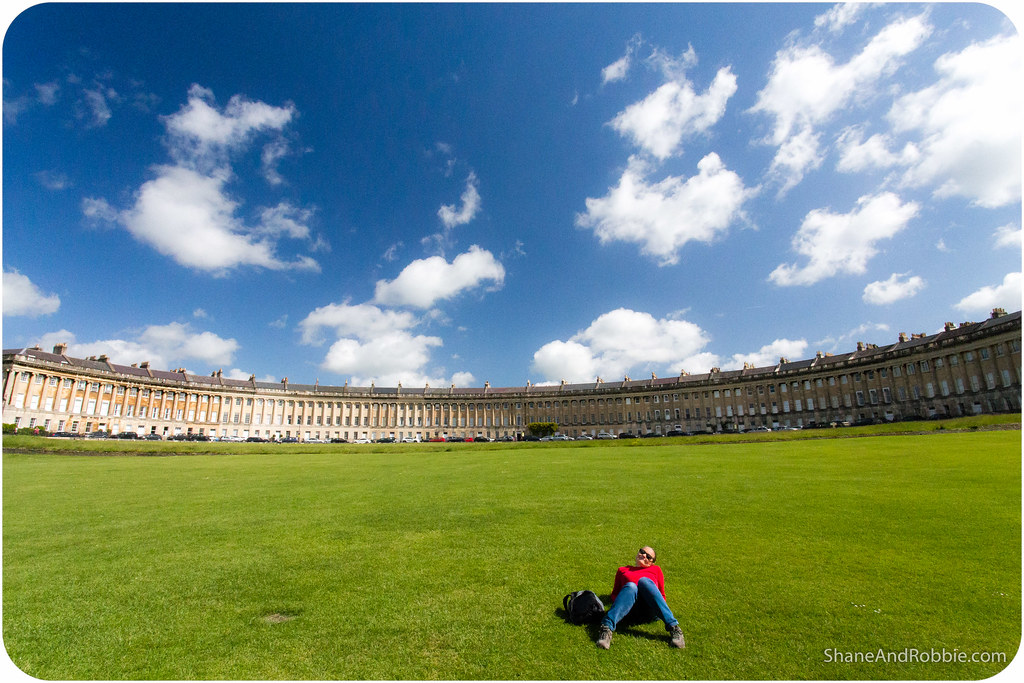 The other spot we found that we loved was The Circus. This circle of townhouses was designed by the architect John Wood, the elder, although he never lived to see his plans put into effect as he died less than 3 months after the first stone was laid. It was left to his son, John Wood, the younger to complete his father’s design – which he obviously did, and very successfully too! 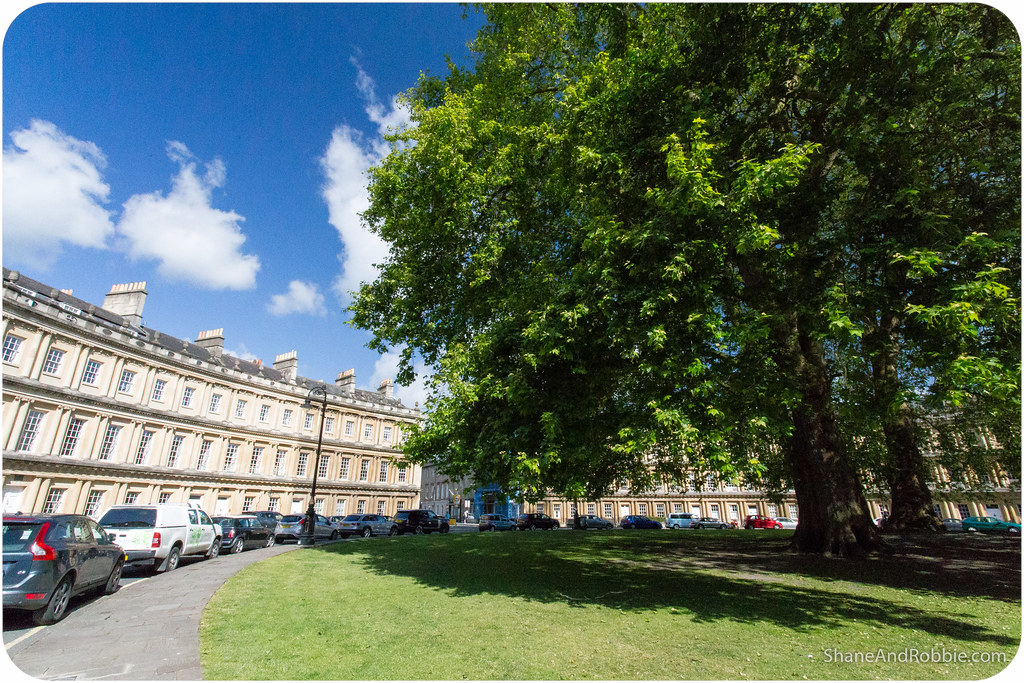 After the fall of the old Roman city, medieval Bath became a major wool-producing centre. As the wealth of the city increased, so did the grandiosity of its buildings, including its church. Built in 1609, Bath Abbey is not as grand as some churches, but makes a beautiful central focal point in the city. 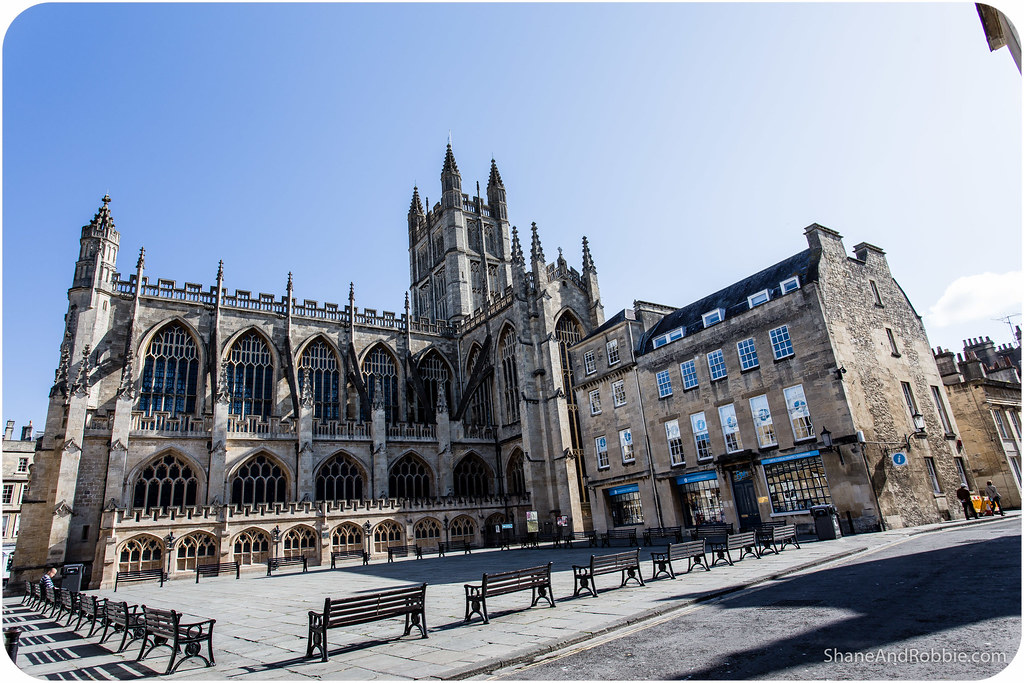 Having seen enough historical buildings for the day we then headed to a local pub for a traditional weekend roast lunch. 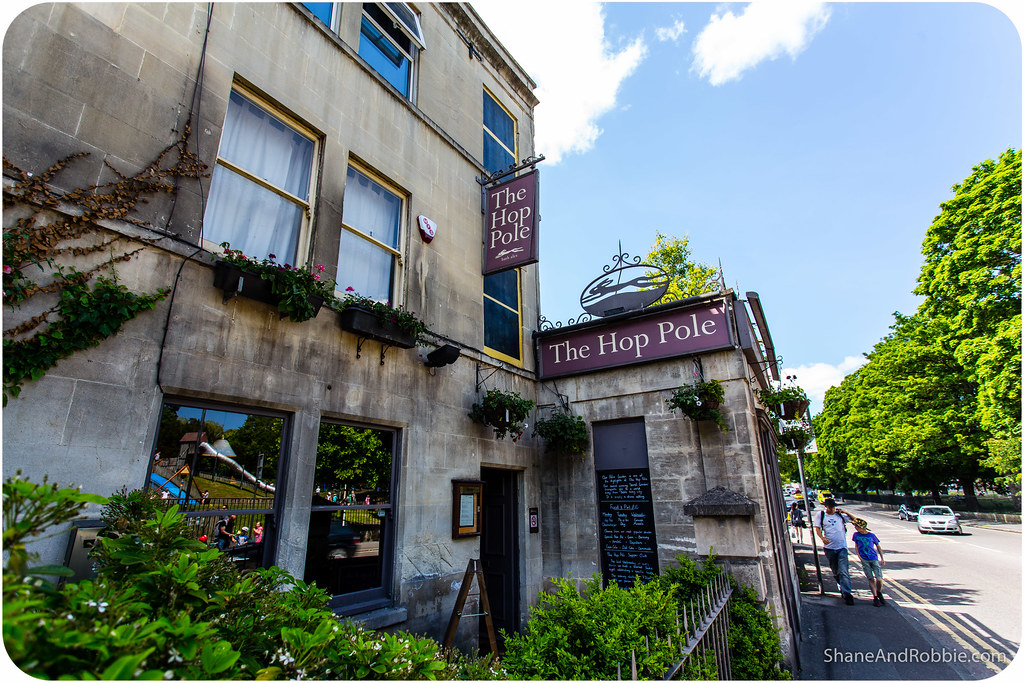 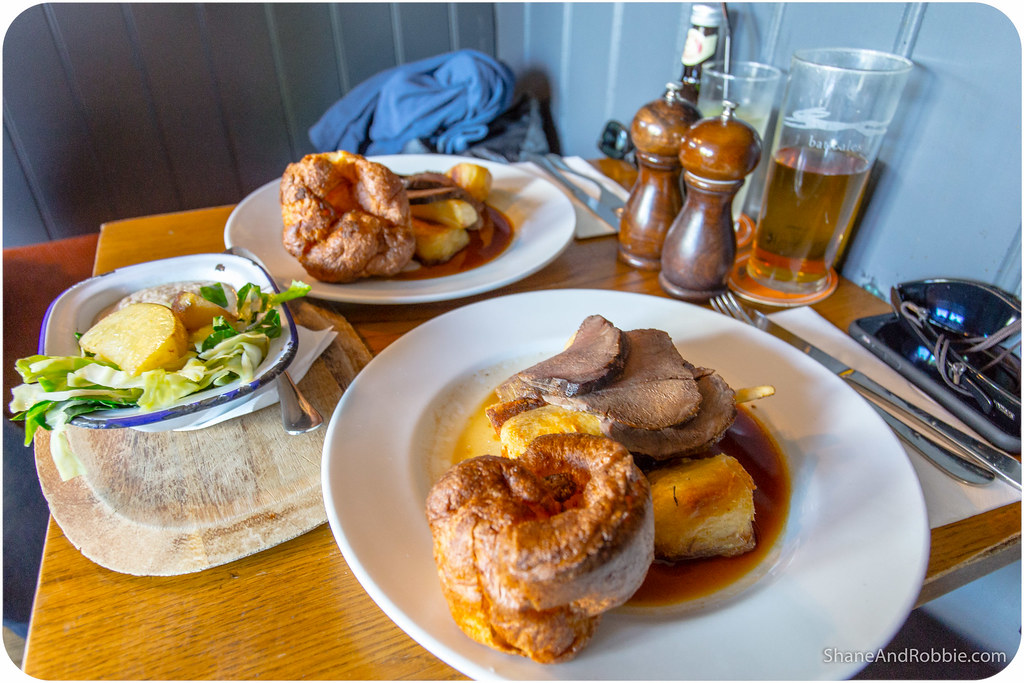 Later, with a belly full of roast beef, roast potatoes, carrots, parsnips, Yorkshire pudding, and gravy, we strolled across to the Bath Botanical Gardens and found a spot in the sun to sit and relax. 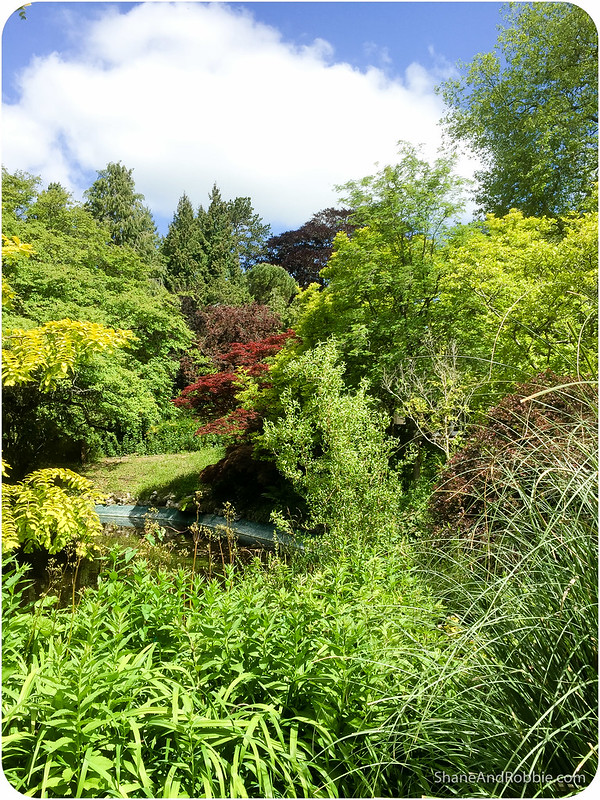 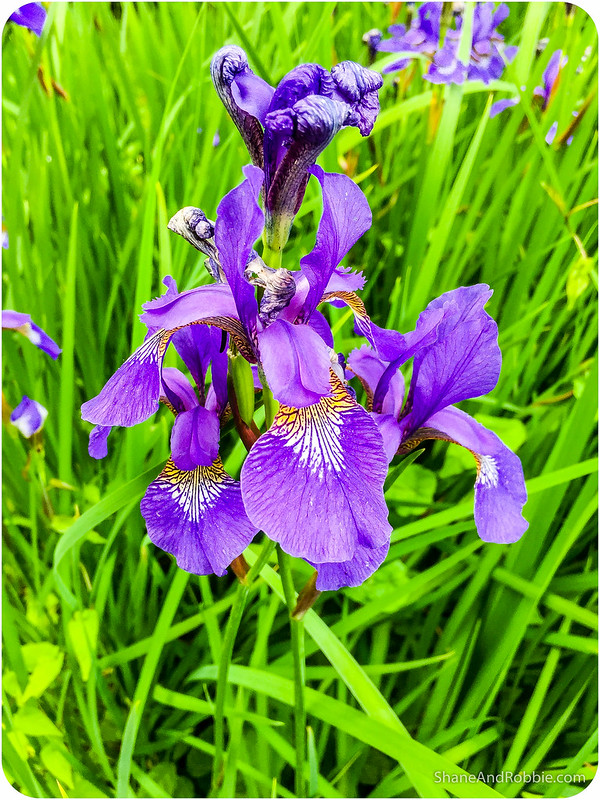 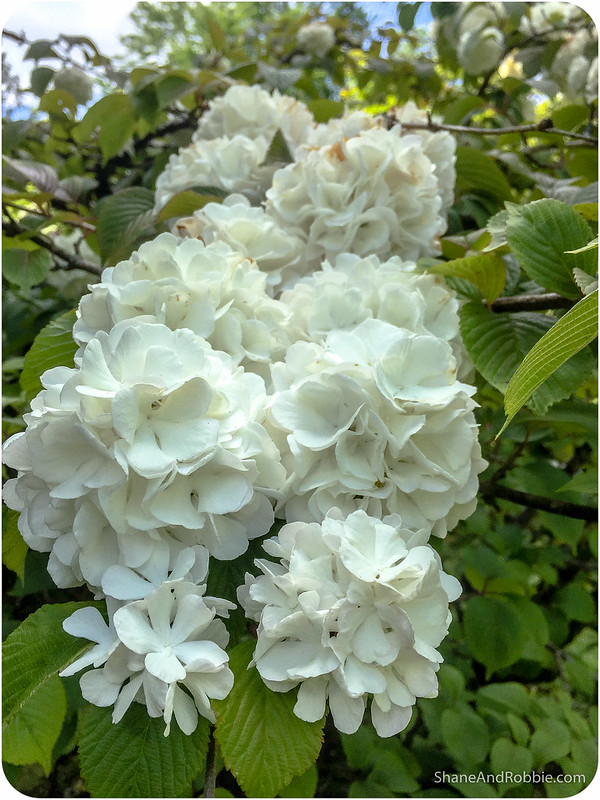 The gardens were lovely and we even got to see a whole bunch of squirrels! Sitting quietly and still, we had a parade of squirrels come scampering up to us, no doubt hoping we had some tidbits to feed them. Squirrels are SO cute! 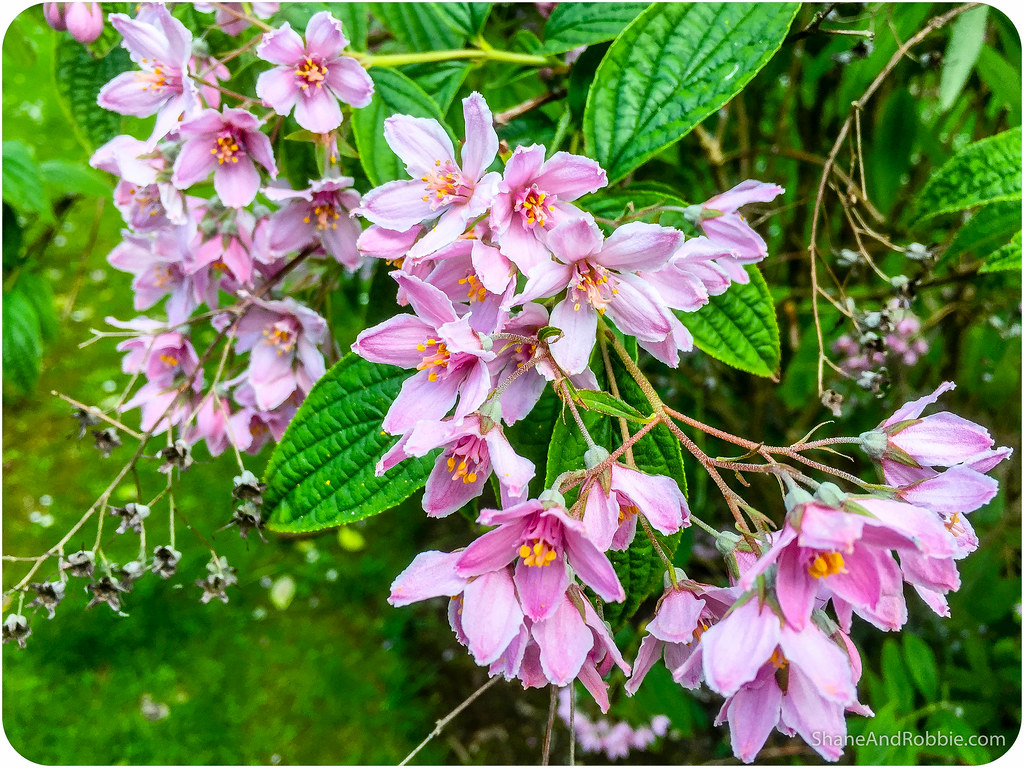 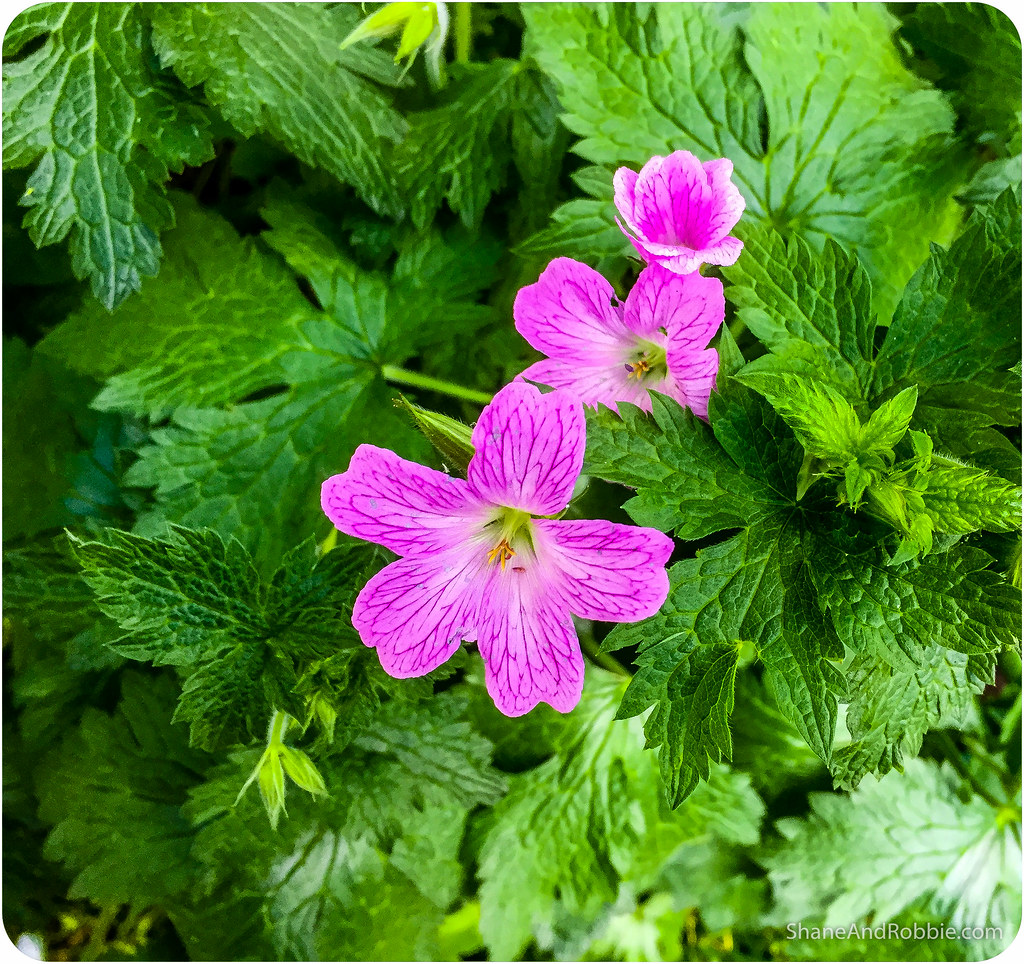 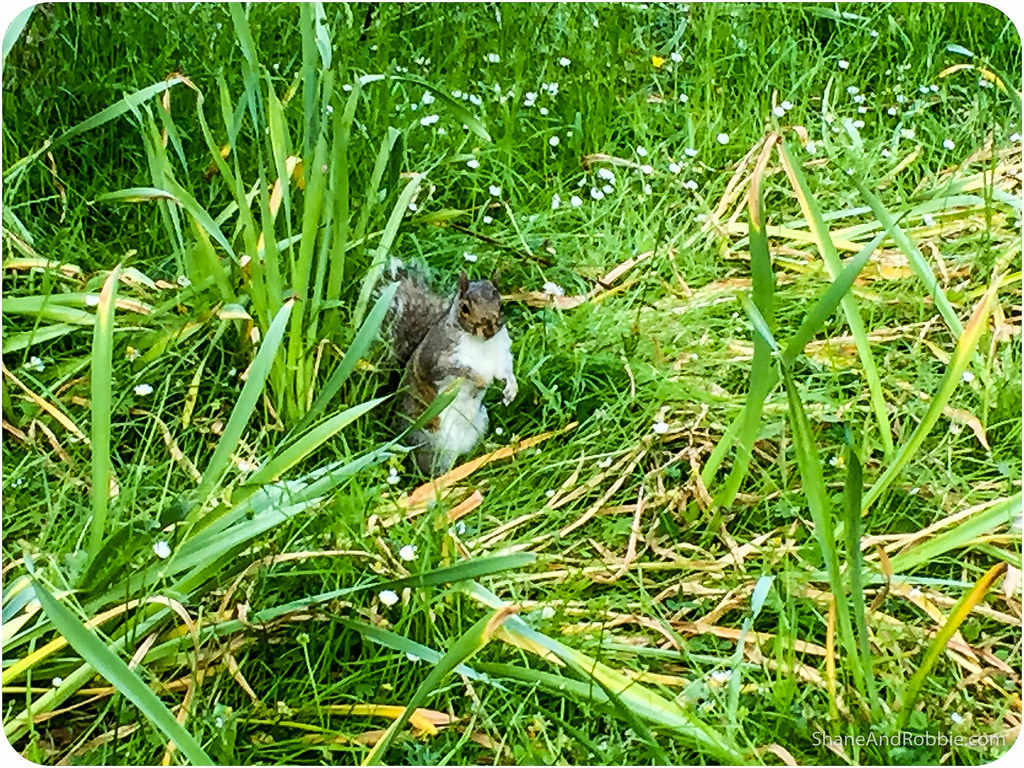 Roman Baths, gorgeous Georgian architecture, lots of green parks, the pretty Avon River, and more than its fair share of cafes, pubs and restaurants…. What’s not to love about Bath?! 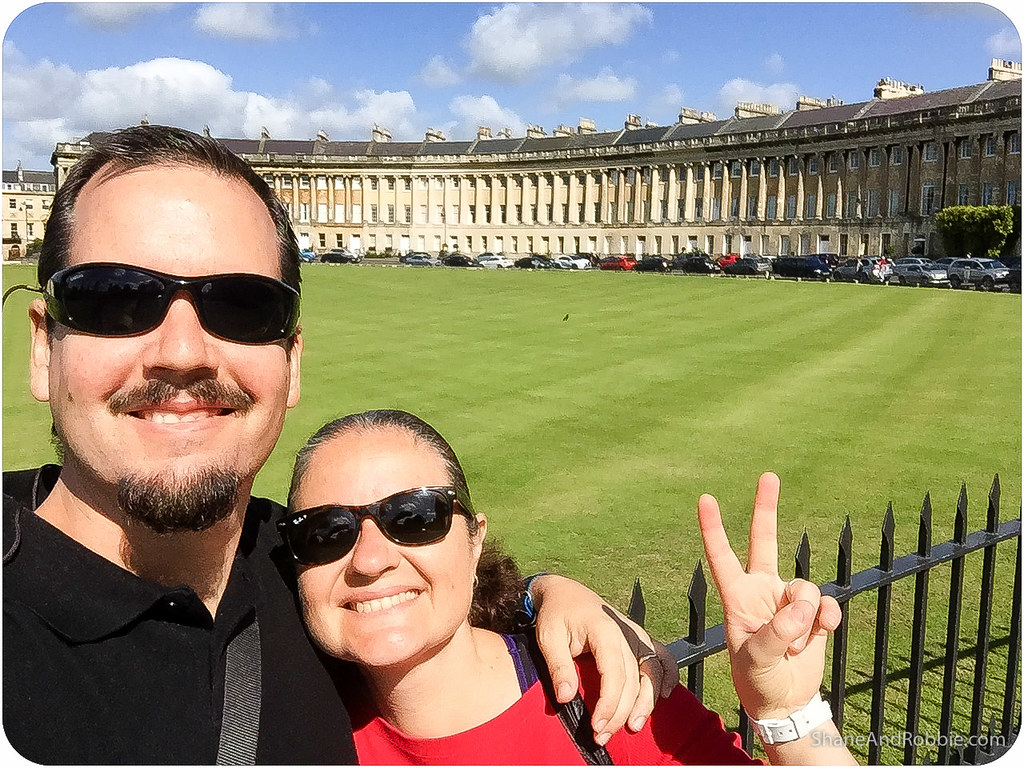