After yesterday’s trek through the higher parts of the Brecon Beacons National Park we decided to explore some of the lowlands today with a stroll through the Usk Valley. Compared to the hilly terrain of the Beacons, this was a far more sedate trail that took us along the River Usk, through meadows and fields, all the way to the village of Abergavanney. Under blue skies once again, we got to enjoy more epic views of the Welsh countryside. It was so sunny and warm, in fact, that we got sunburnt. Not that we’re complaining, mind you, better sunburn than frost bite! 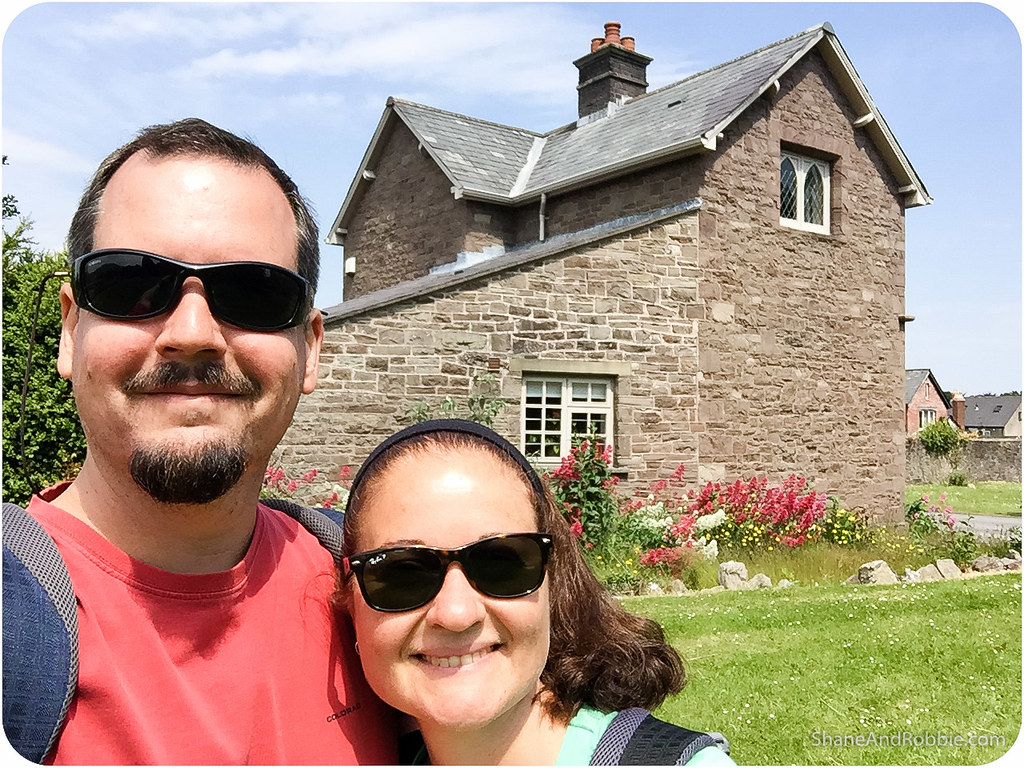 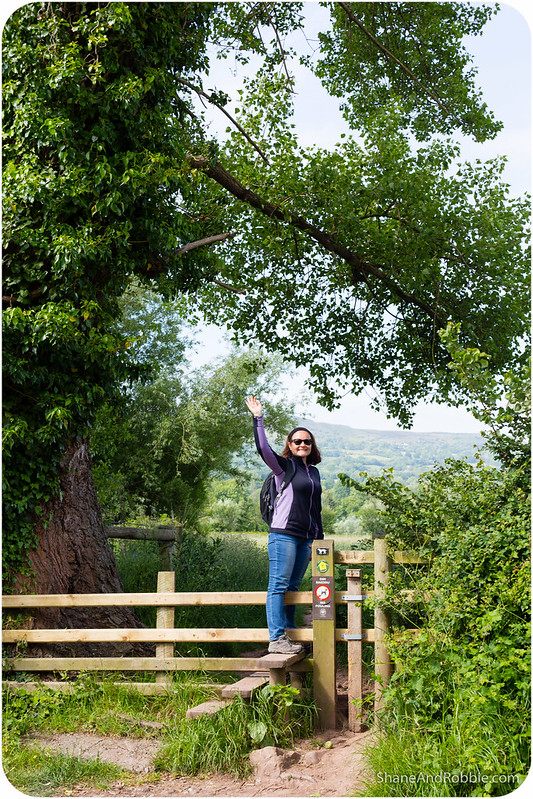 We started out nice and early and spent the first part of our trek traipsing through fields* of grasses and wildflowers under the watchful eye of local farm animals.

*Here in the UK, the local shires and farmers have agreements in place to provide walking trails through both farmlands and public lands.  There’s a multitude of gates and fences to navigate, but basically it means there are uninterrupted walks crossing all over the countryside, with small markers to help you choose the right paddock to wander through (and avoid the bulls). 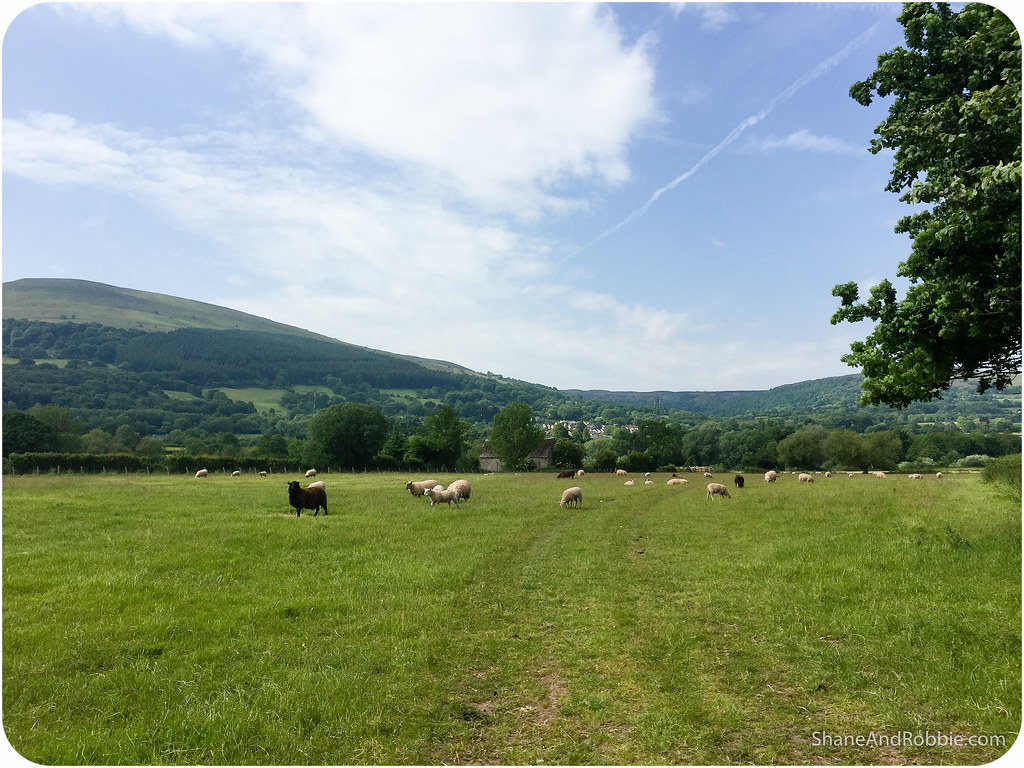 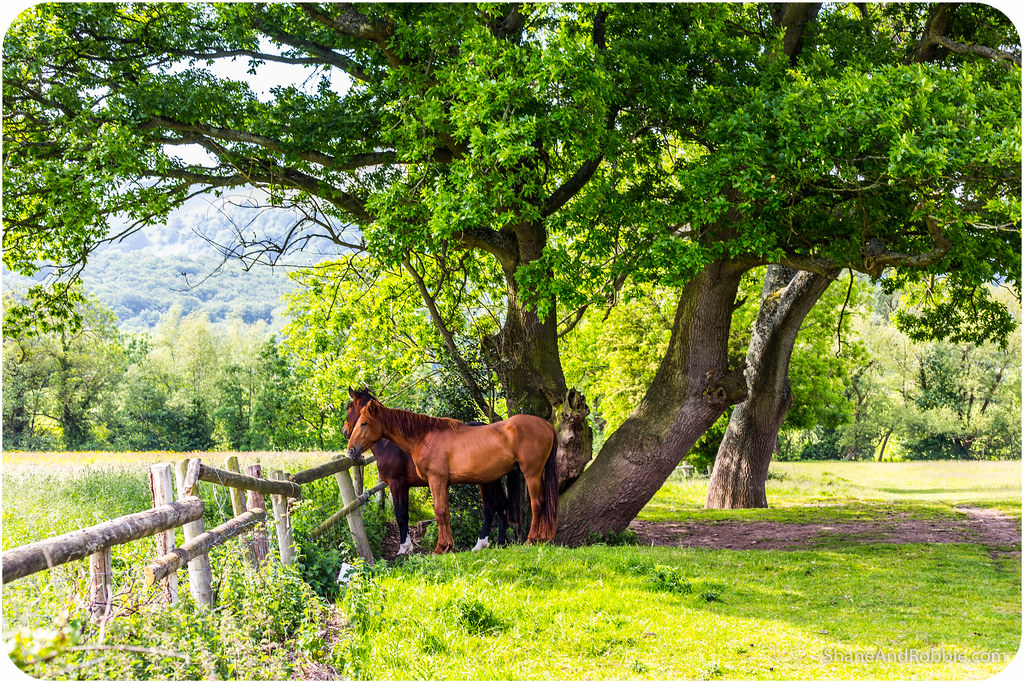 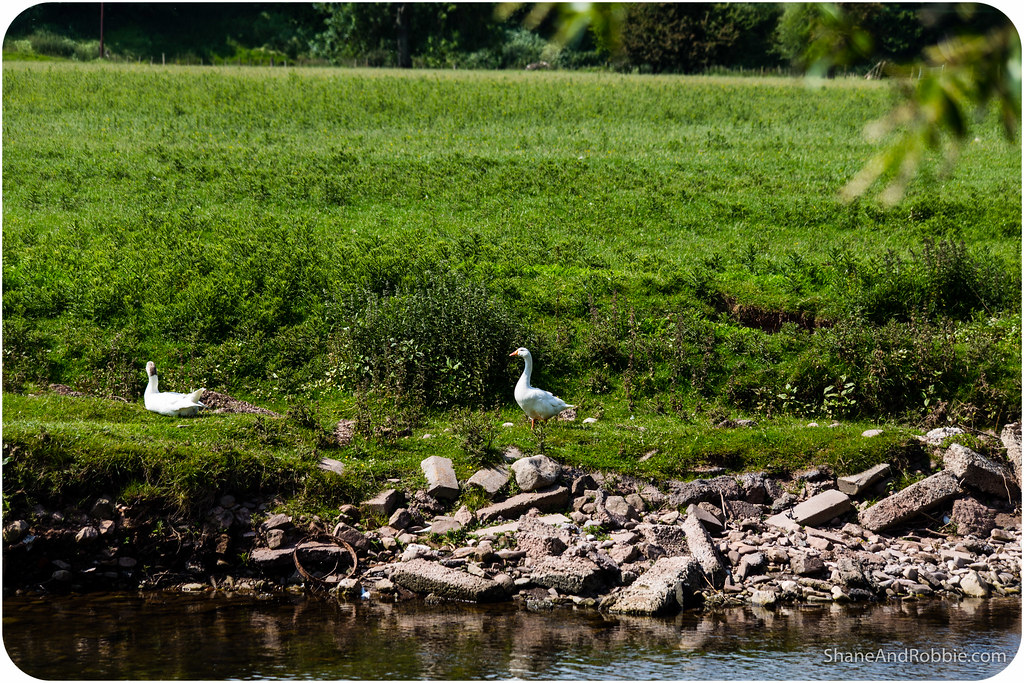 Eventually the path we were following took us down to the river banks and we joined the River Usk on its run southwards. The River Usk was quite shallow, but crystal clear, the whole way along. 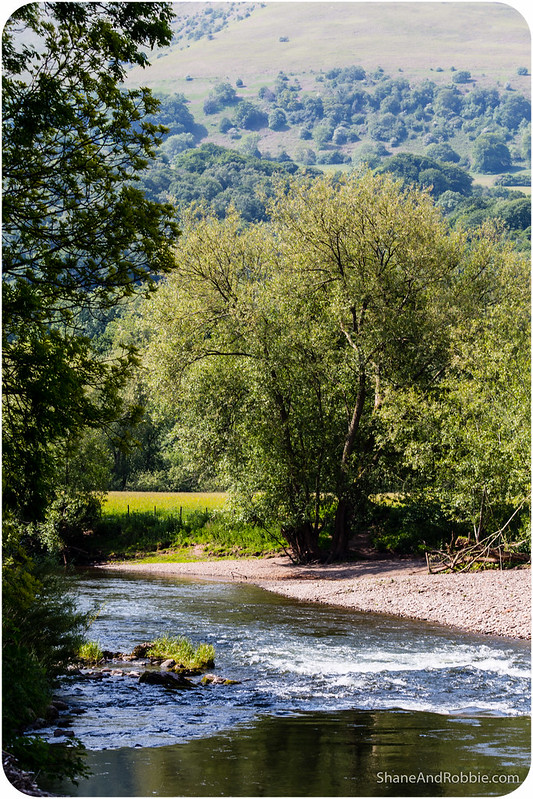 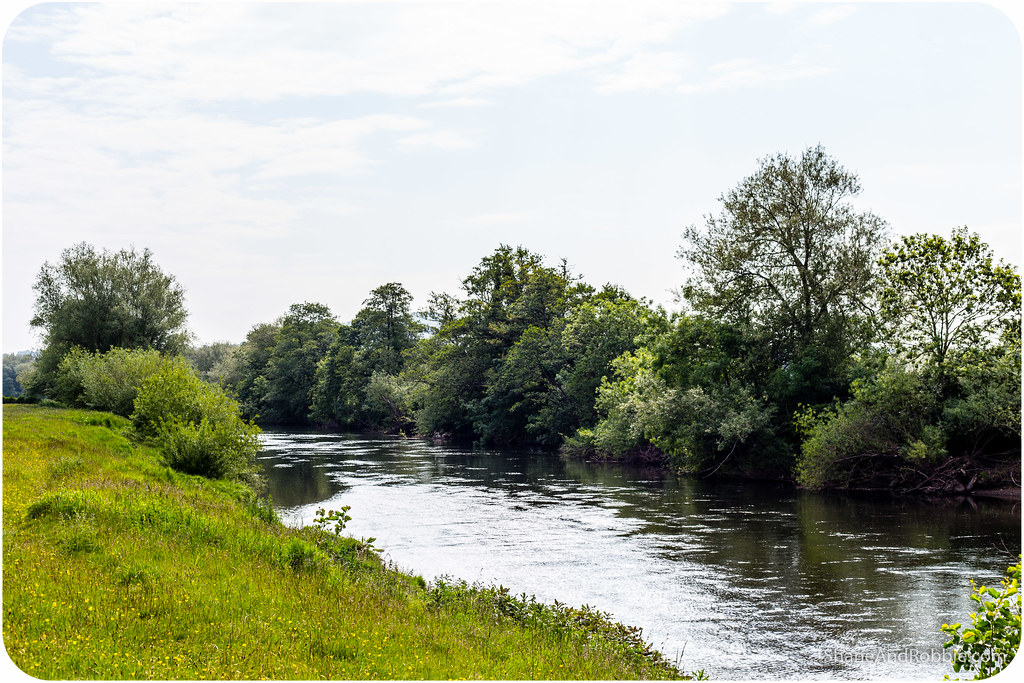 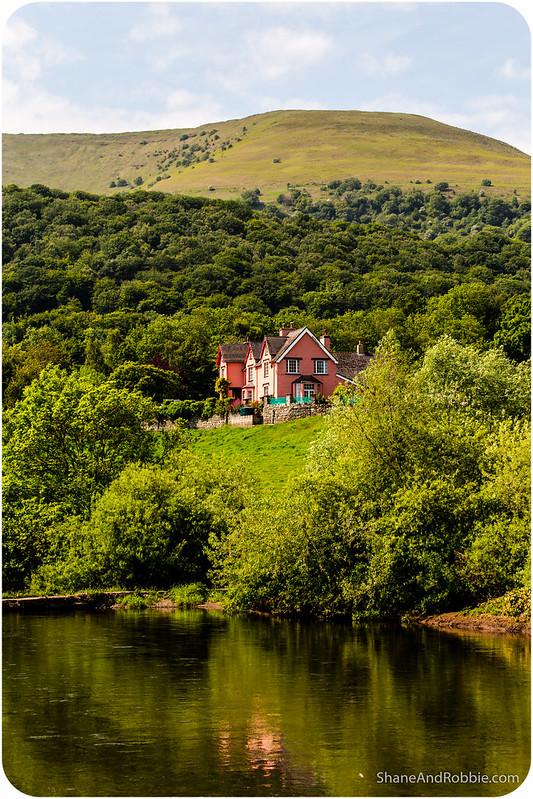 Apparently the river is renowned for its salmon and trout. Over lunch in Abergavenny we heard how salmon weighing more than 30lb (14kg) have been caught in the river hereabouts. 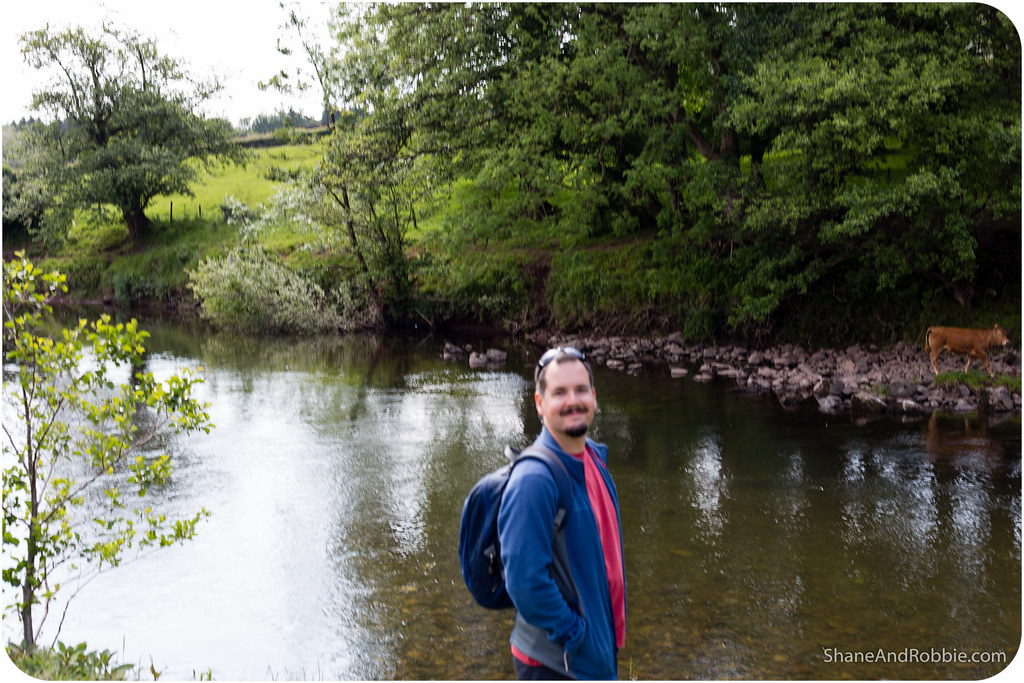 Passing through grasslands and woodlands we saw a few ruins and remnants of old castles along the way. It seems the Usk Valley contains many sites of archaeological significance as the it has long been a trade route through Wales, with the river allowing access from the sea up into the central highlands. 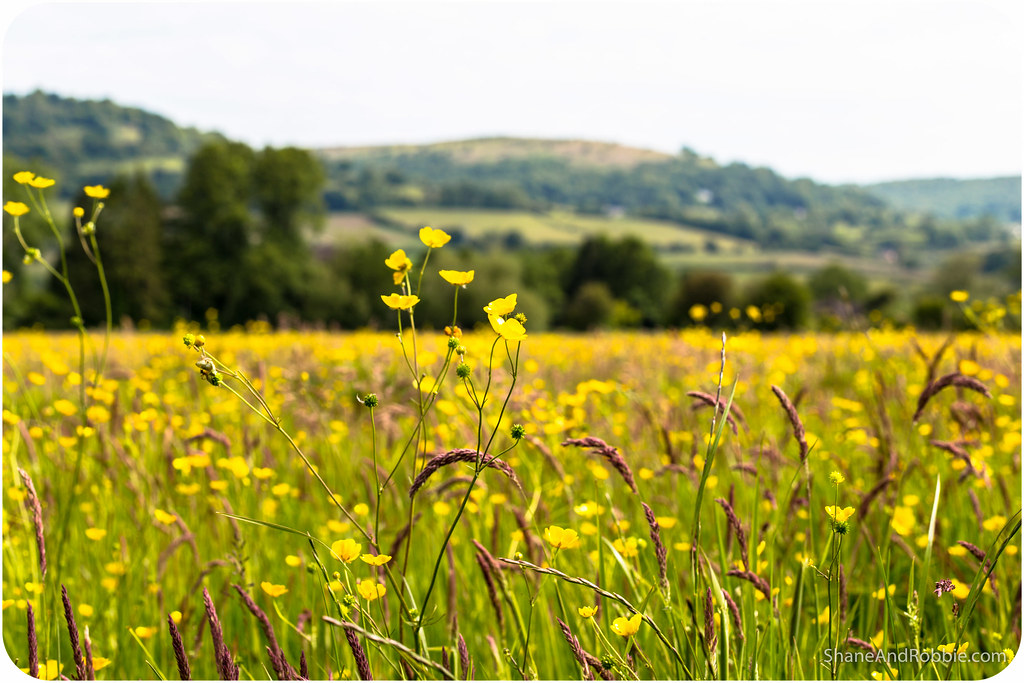 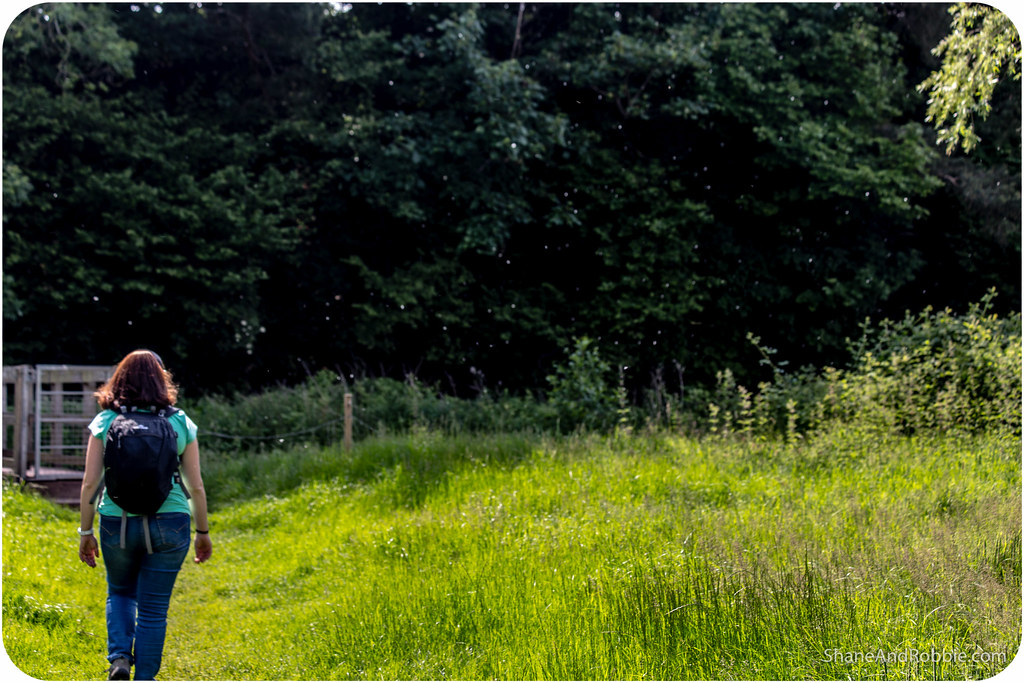 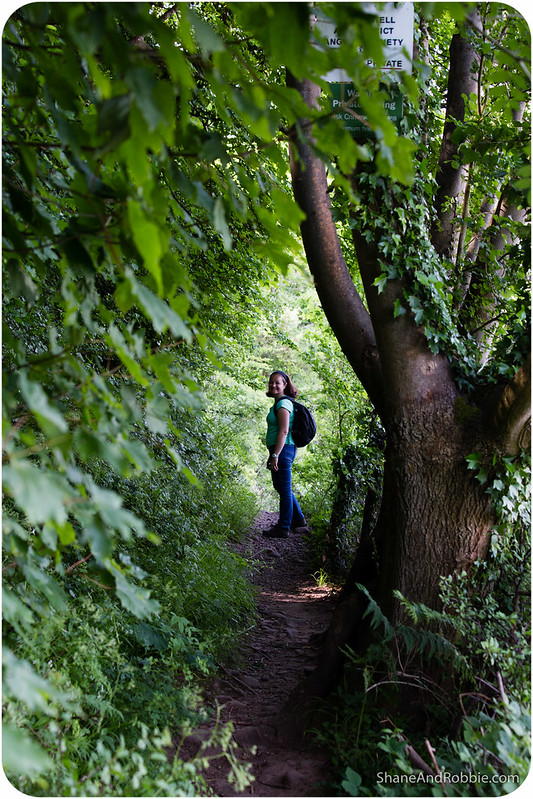 After a few hours of walking we reached Abergavenny, our predetermined end point. This bustling metropolis of 13,000 people is only 10km from the Wales/England border and is promoted as “The Gateway to Wales”. Surrounded by hills and situated at the confluence of the Rivers Usk and Gavenny, this was another picturesque town that, like Brecon, lends itself to a slower pace and contemplation of the goods things in life… probably in one of the TEN pubs along the main street… 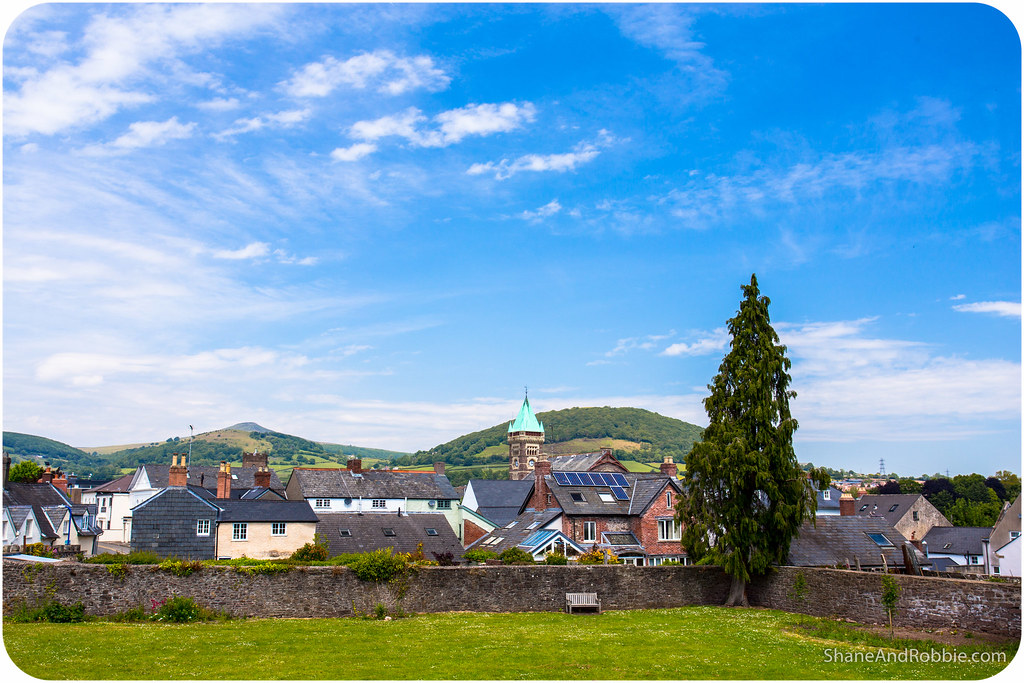 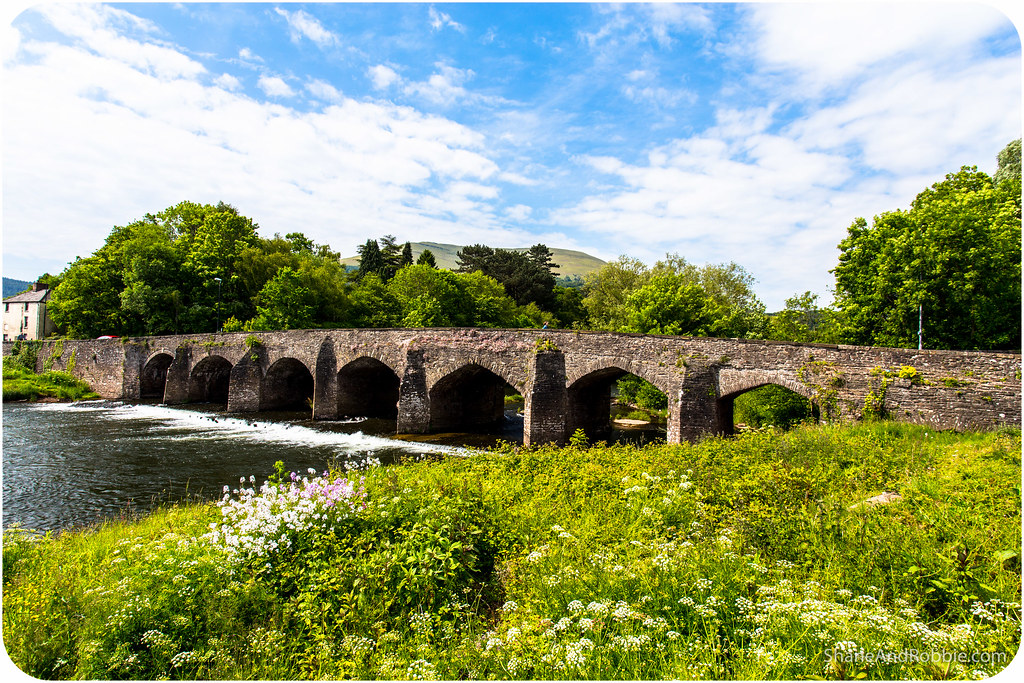 So we stopped for a late lunch and a beer at the Kings Arms, most assuredly (we had been told) the best pub in town for lunch. 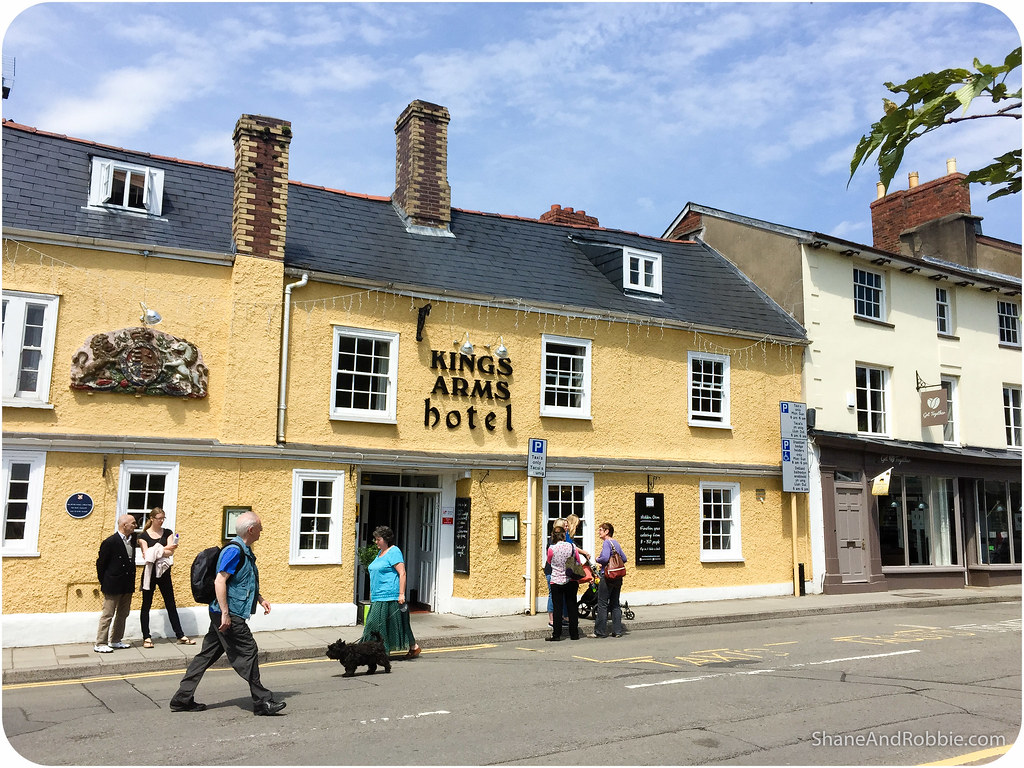 Lunch (chicken pot pie with carrots and the most mustardy mustard-cabbage we’ve ever mustered) was indeed splendid and left us replete and in no mood to trek all the way back to Brecon! 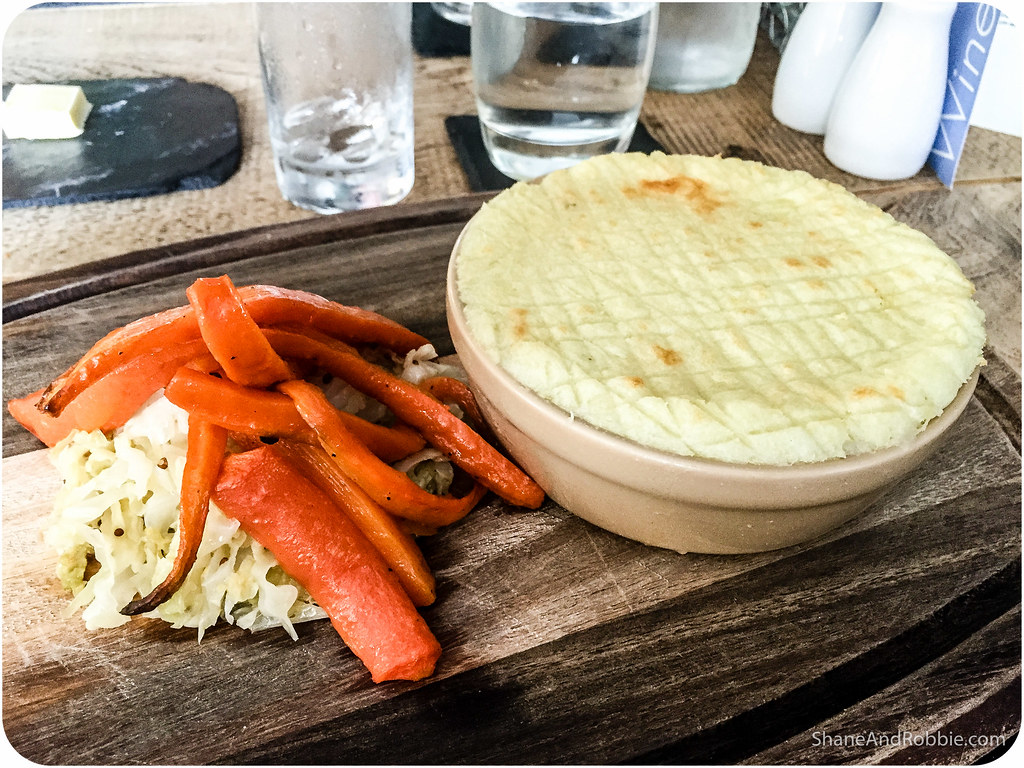 Instead we went for a stroll through Abergavenny itself, admiring the cute little cottages and impressive old buildings. 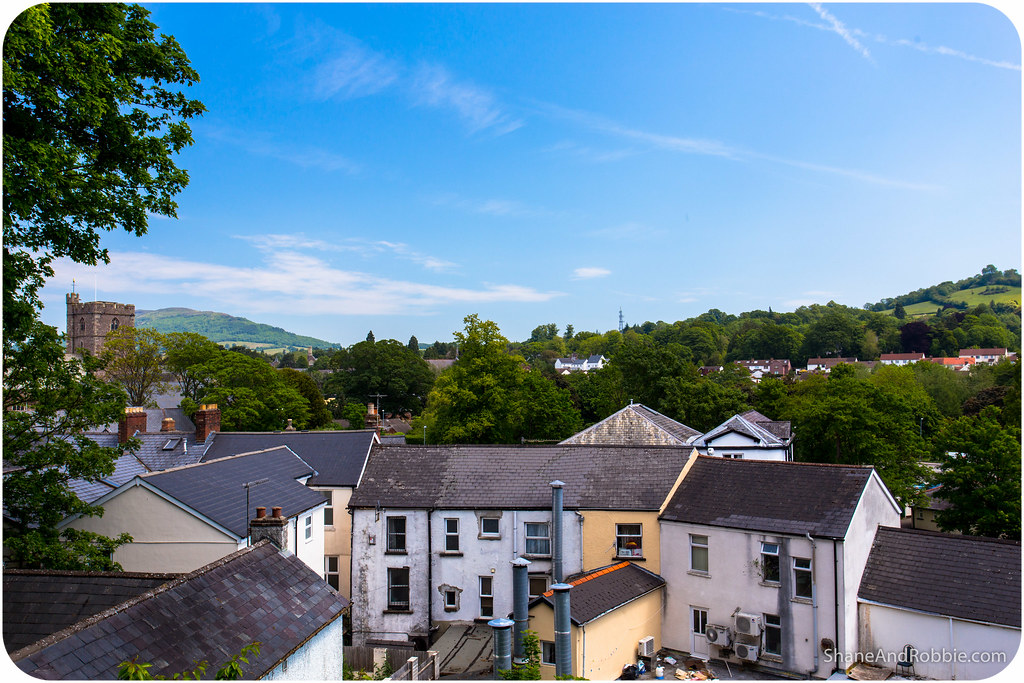 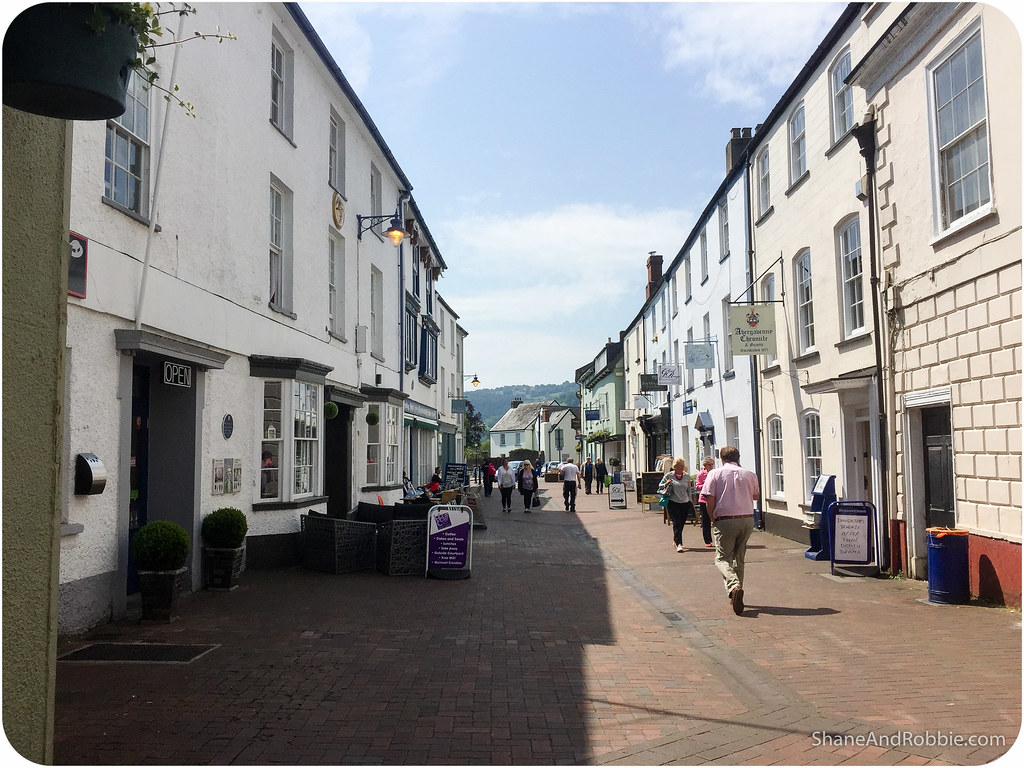 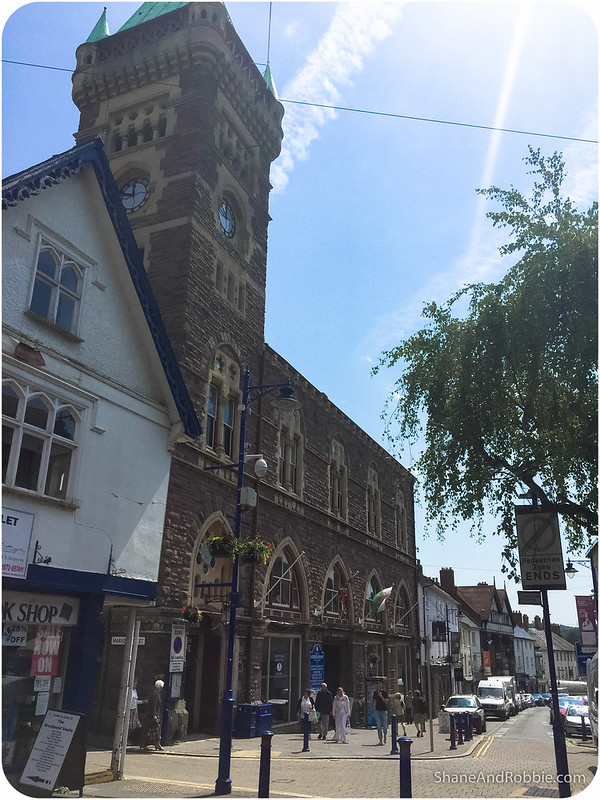 Along the way we discovered Abergavenny’s castle. The castle, now in ruins, had a stone keep, towers, and ditch as fortifications. It also housed the family and army of the local lord up until the 15th century.  This is the brilliant part of trekking the British countryside – no need for a plan, epic and ancient wonders will jump out at you regardless. 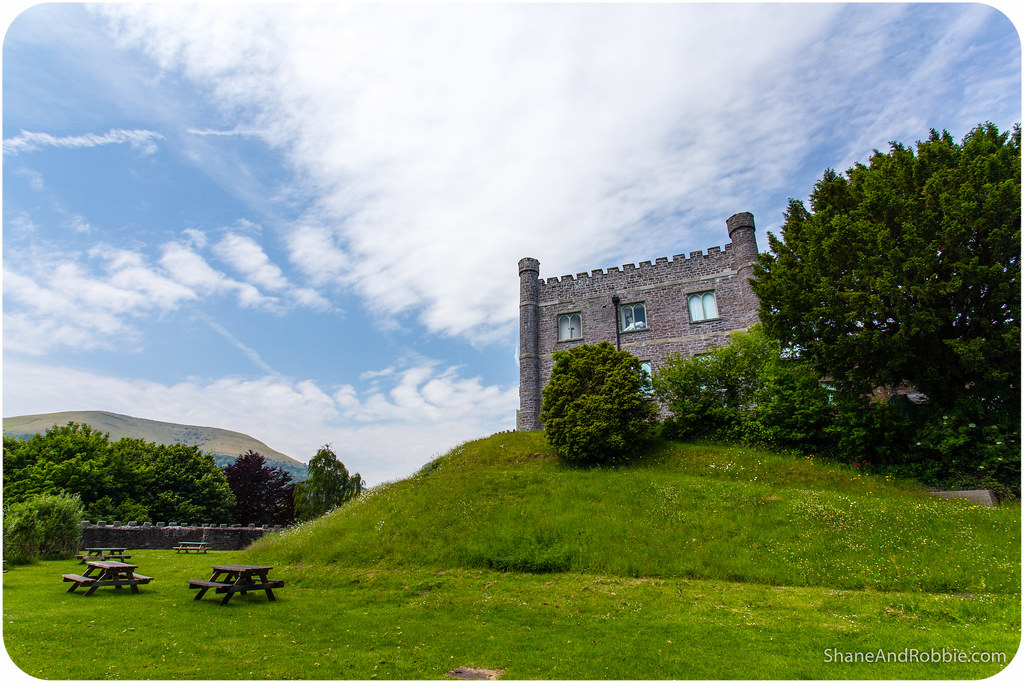 Originally the site of a Roman fort, Abergavenny Castle was built in 1087, soon after the Norman conquest of Wales. It was built by the Normans to overlook the River Usk and its valley, and so guard against incursions into the lowland areas from the hills to the north and west. Owing to its geographical location, the town was frequently embroiled in Welsh/English border warfare and was the site of a massacre of Welsh noblemen in 1175. Nothing like a bit of gory history to aid with digestion… 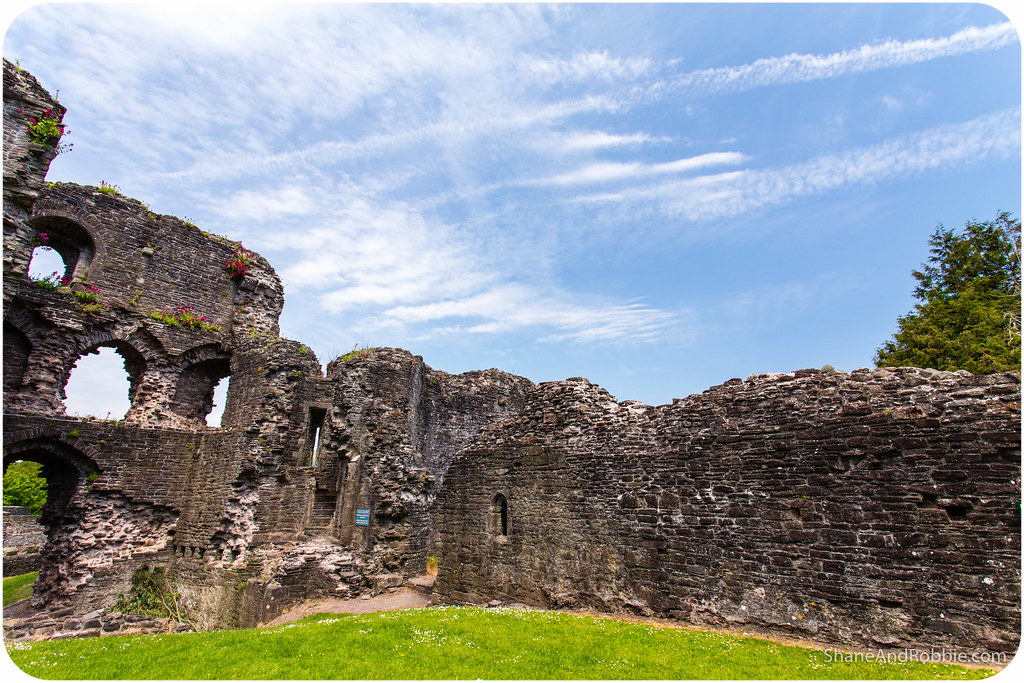 From Abergavenny Castle we headed towards the nearest bus stop and made our way back to Brecon the easy way, basically retracing our route watching the same countryside zip past at 60km/h. 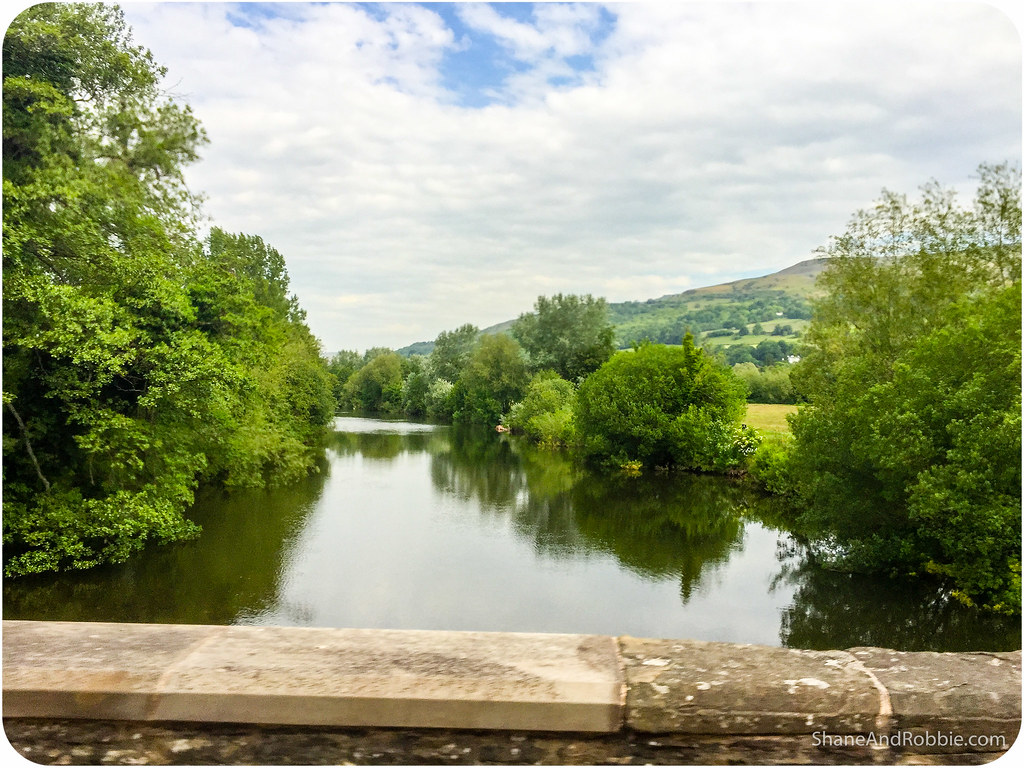 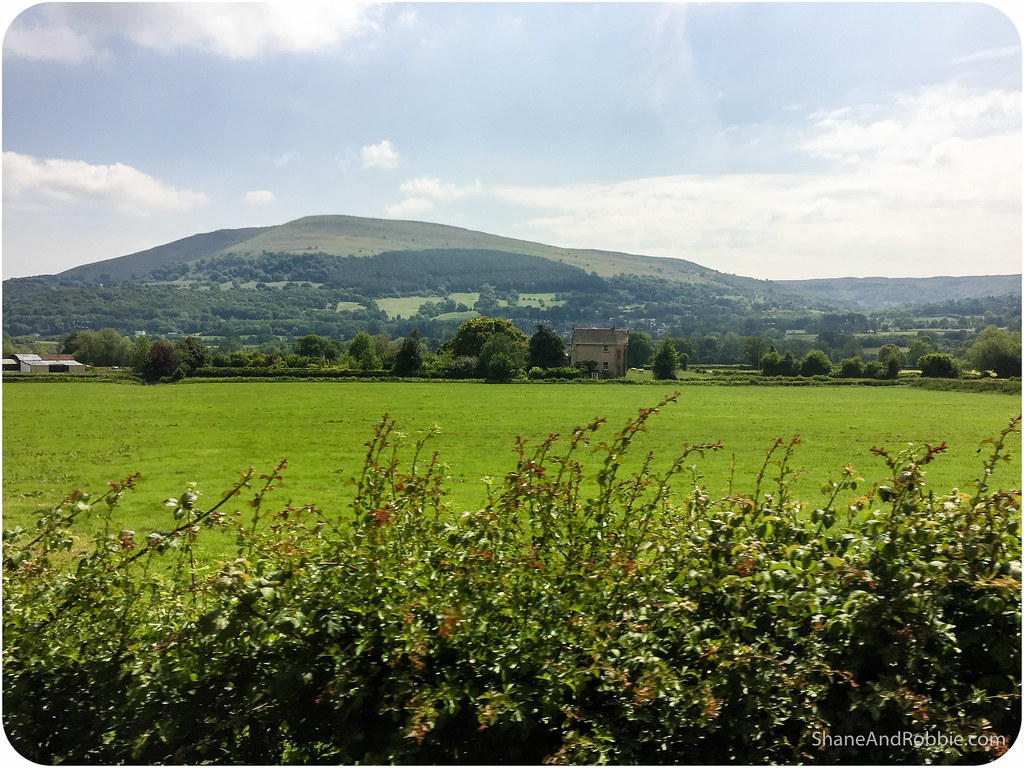 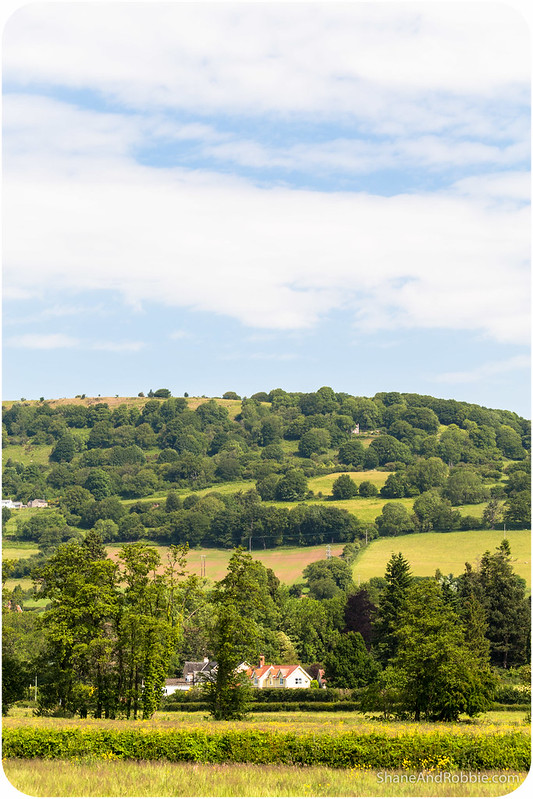 Tonight is our last night here in Brecon. As much as we are LOVING the Brecon Beacons, we want to keep exploring and are setting off westwards tomorrow. Not quite sure yet how far west we’ll get get – tune in tomorrow to find out… 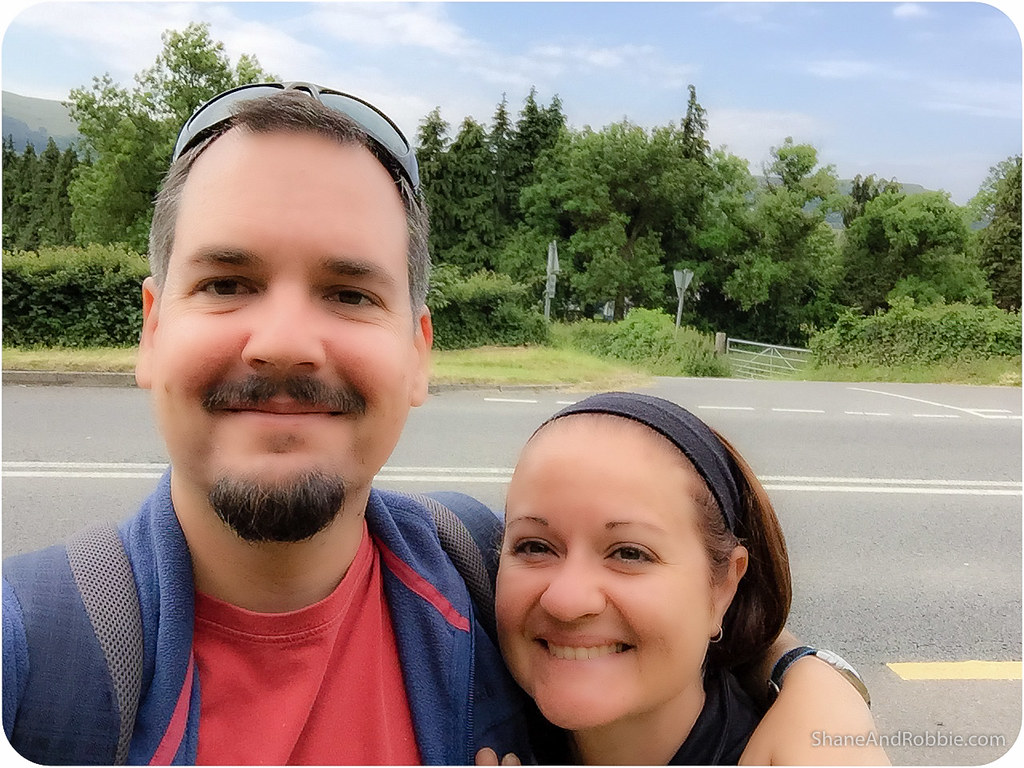