THE BEST DAMN CASTLE IN WALES!

We sold our house in Aus before we started on our travels in 2013 and haven’t really had any desire to get another one. But today we found our new home! It is just the most adorable place and would make an awesome place to live. It’s in the village of Conwy, in northern Wales. The place needs a bit of work, but with a bit of TLC, it could really be lovely. What do you think? 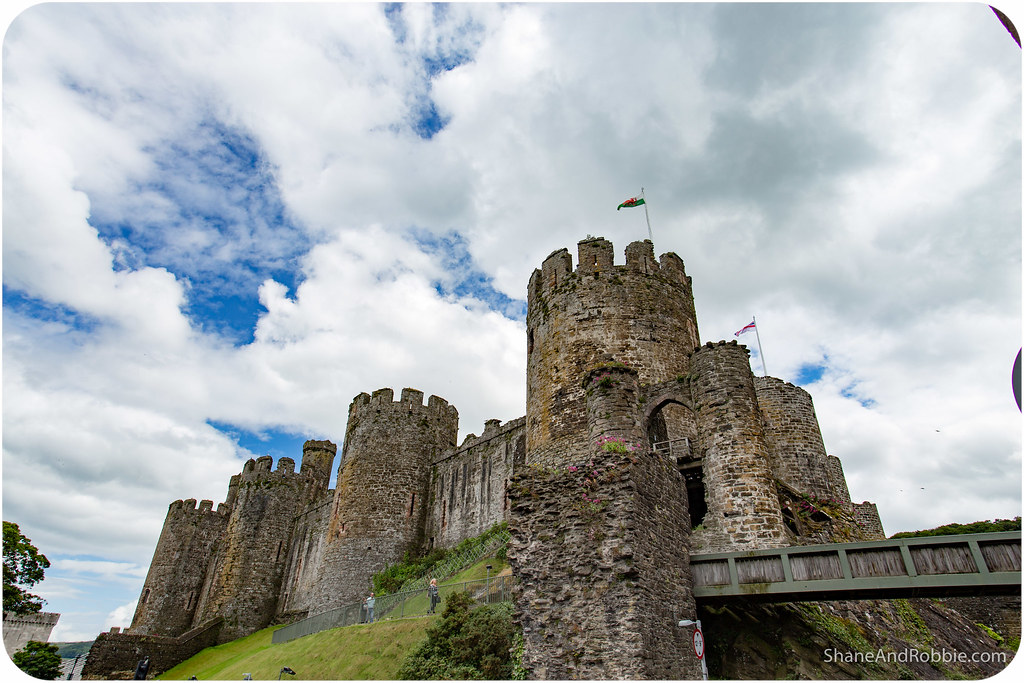 We left Ireland under gloriously blue, sunny skies this morning; it was an absolutely perfect day for sailing across the Irish Sea and we had an easy, smooth run from Dublin to Holyhead (Wales). 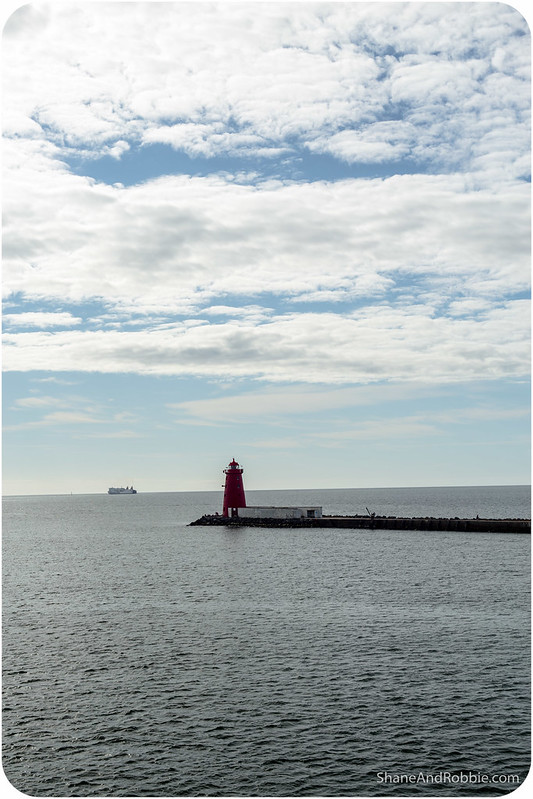 Dublin city was still fast asleep when we boarded the ferry at 8:00 this morning. Only a few gulls followed us out of the port and the green hills of Ireland soon faded into the distance as we sailed away. 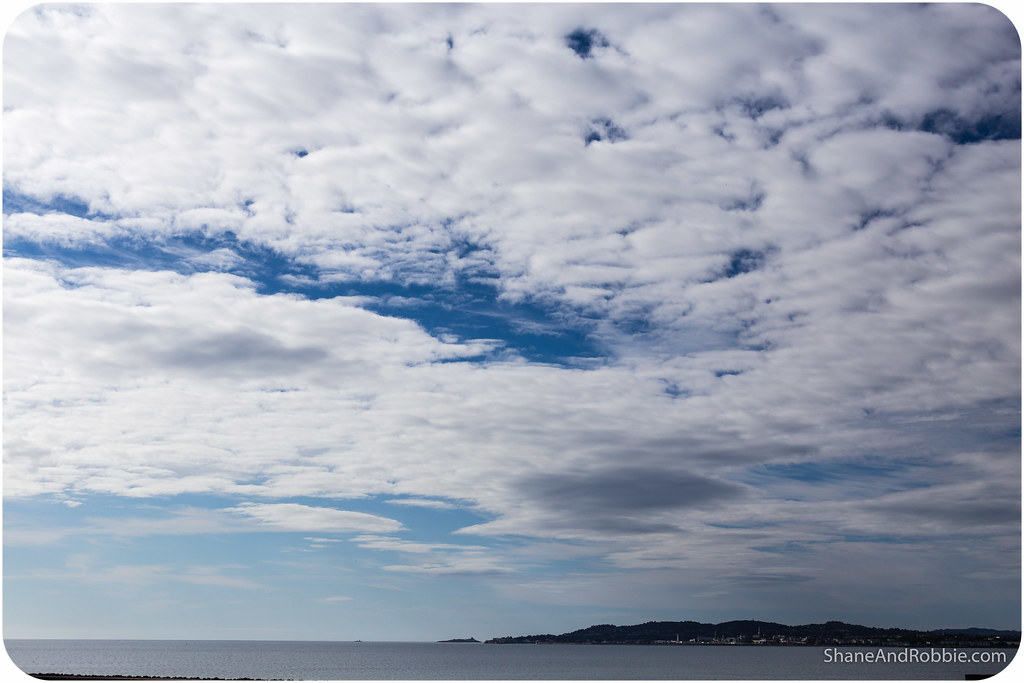 After a short and uneventful crossing* the Isle of Anglesey came into view and we were soon back in Britain again.
*Uneventful for us at least! School holidays have just started over here and the ferry was packed full of families heading off for some family fun in Britain. Many of the parents looked sleep deprived, haggard, and pretty stressed. Then one young girl threw up her breakfast and this set of a chain reaction of little ‘uns retching and barfing (luckily this all happened on the outside deck where it could all get washed away easily). Not to sound like a couple of smug DINKs or anything, but the whole thing really validated our decision not to have kids! 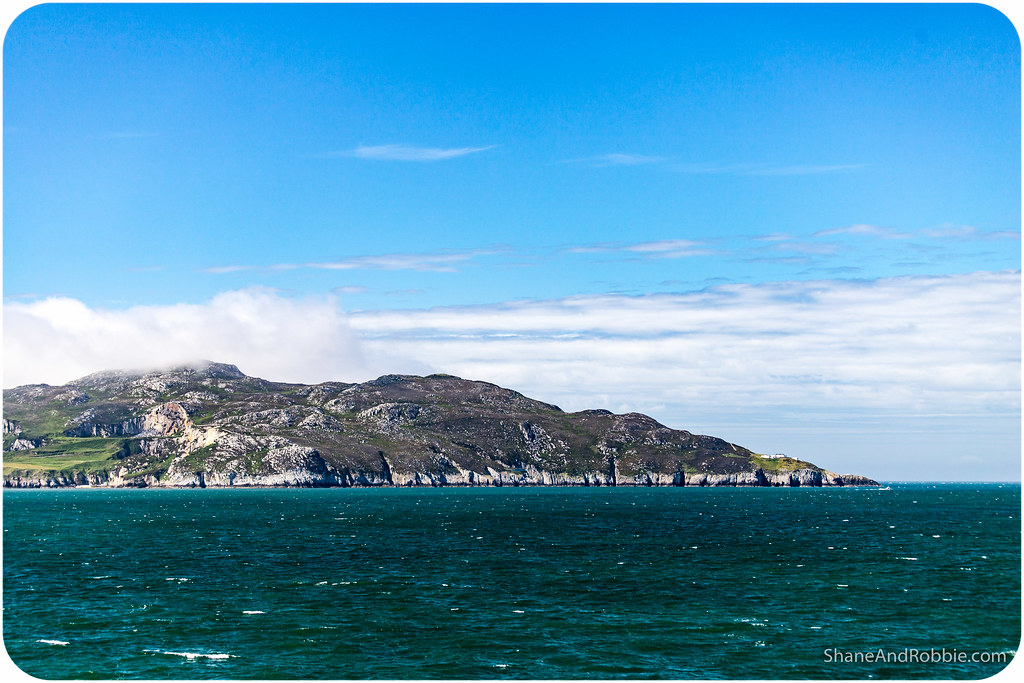 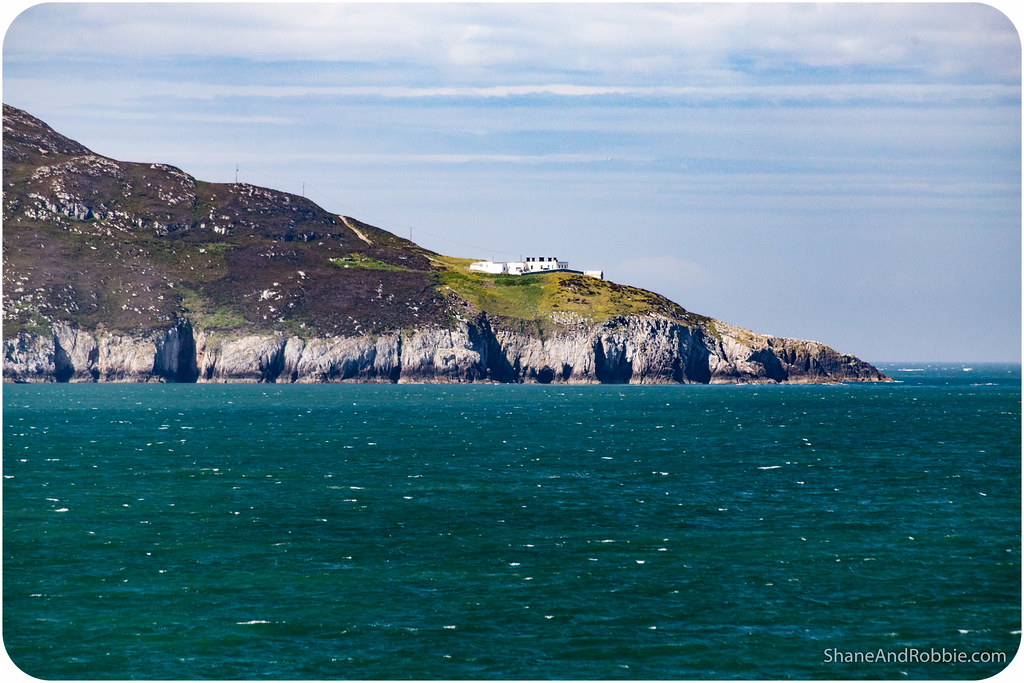 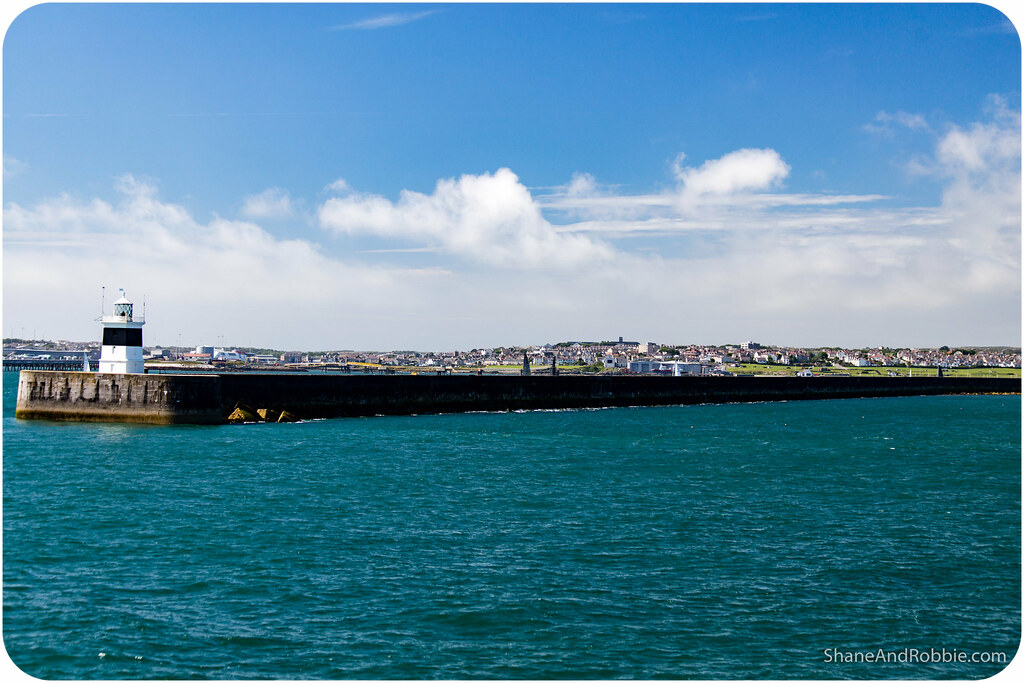 We chose not to linger in the port town of Holyhead, but jumped straight on the next train bound for Conwy. We passed through Llanfairpwllgwyngyllgogerychwyrndrobwllllantysiliogogogoch on our way and just had to get a photo of the longest place name in Europe! Originally called Llanfairpwllgwyngyll, which means “St Mary’s church by the pool near the white hazels”, the town was renamed in the 19th century. The ridiculously long name was intentionally chosen in a bid to attract visitors travelling on the newly constructed railway to stop and take a look around town. The name was invented by a local cobbler and means “St Mary’s church in the hollow of the white hazel near to the rapid whirlpool of Llantysilio of the red cave”. It was certainly one of the most successful marketing plans of all time as the name change literally put LlanfairPG on the map!
*The village is referred to by locals as Llanfairpwll or LlanfairPG.

Our stop for tonight is Conwy, a town of 2,000 people here in northern Wales situated right at the mouth of the Conwy River. We stopped here to enjoy the town’s sea- and river-side location, and see one of the best preserved Medieval castles in Britain: Conwy Castle. 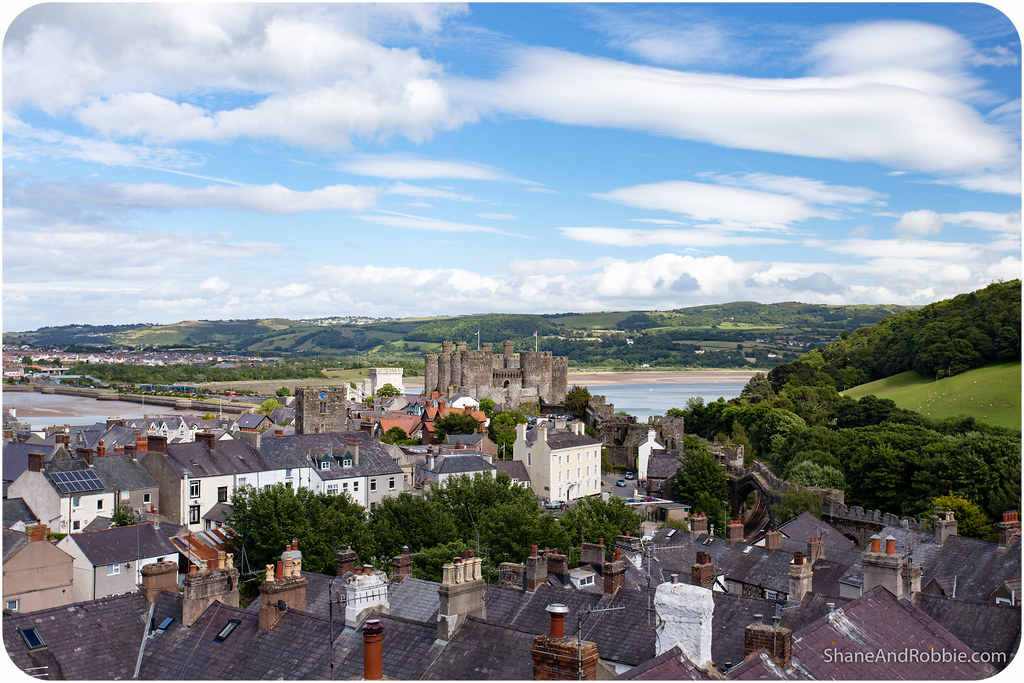 This gritty, dark stoned fortress sits on a promontory of rock above the Conwy Estuary, commanding views of the land all around it. It’s an incredible castle and hard to miss, especially with the peaks of the Snowdonia National Park rising behind it. 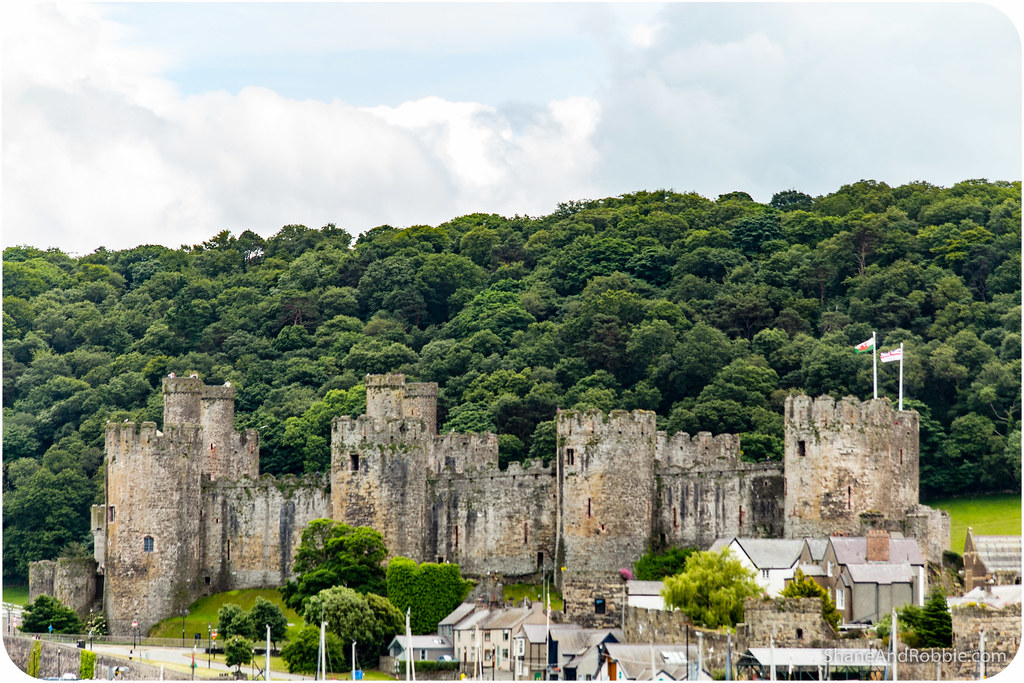 Constructed by the English king Edward I in 1283, Conwy castle was built as part of a “set” of fortresses designed to protect the Welsh coastline. This so called “iron ring” of castles were all designed to be heavily fortified, defensive structures. As a a deterrent to any would-be attackers, they were also built to be as imposing as possible. Conwy Castle is certainly that, even today. 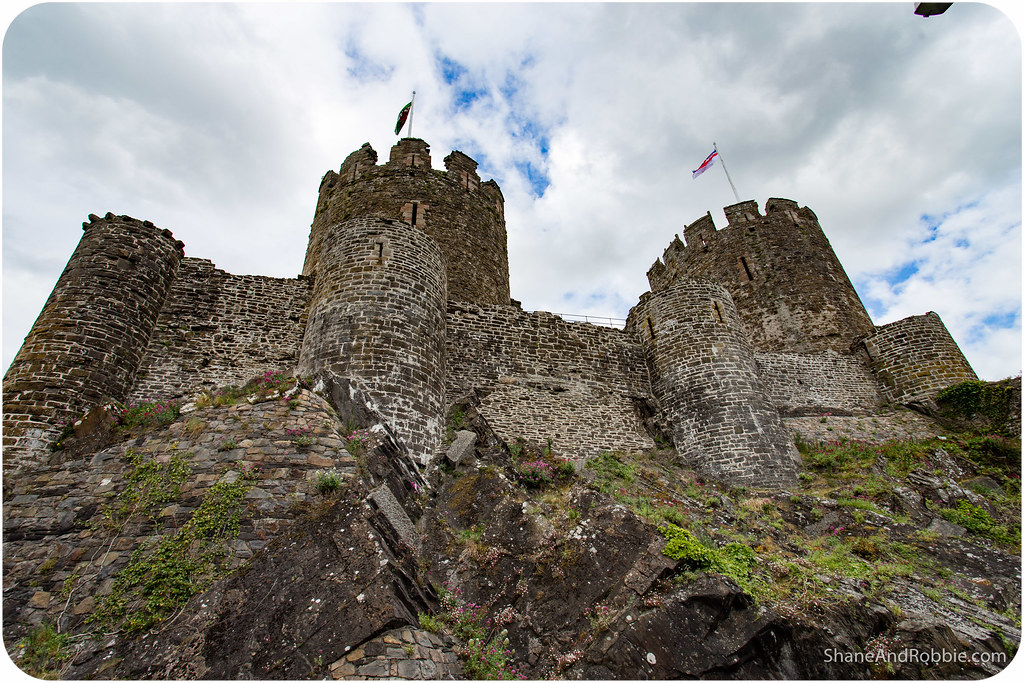 We spent most of our afternoon exploring the castle, its soaring curtain walls and 8 huge round towers. It’s a huge building, intimidating in size and impressive in every way. 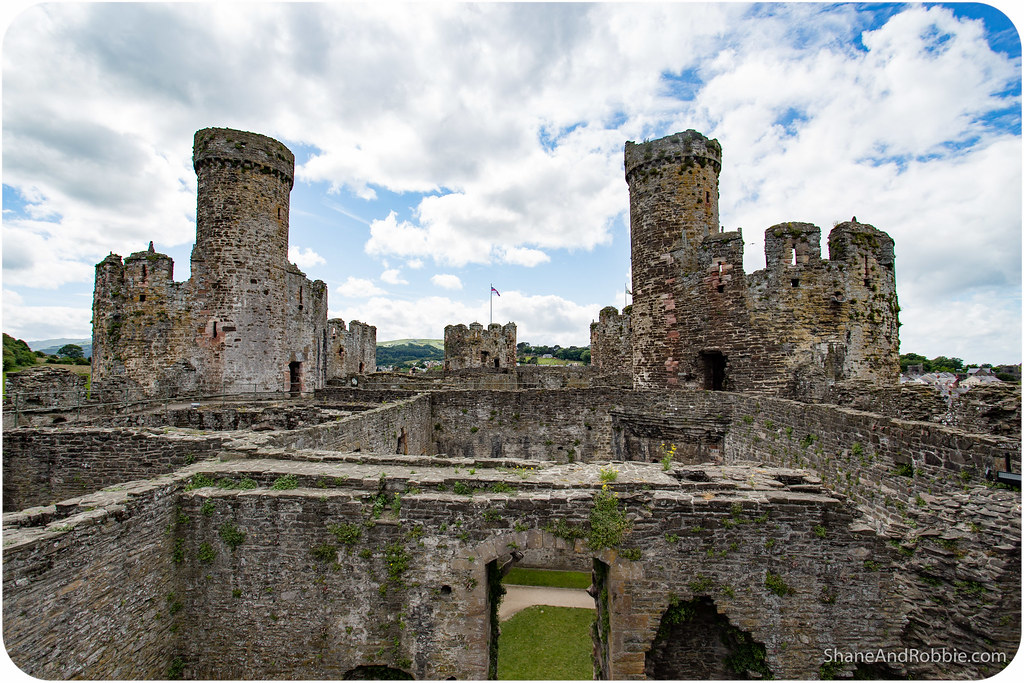 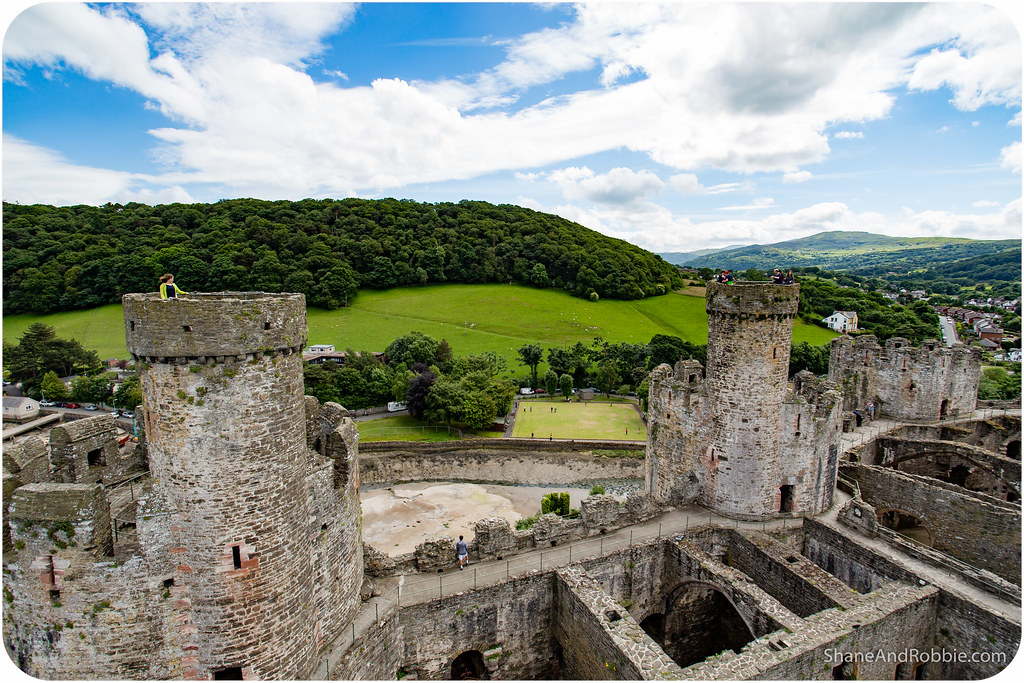 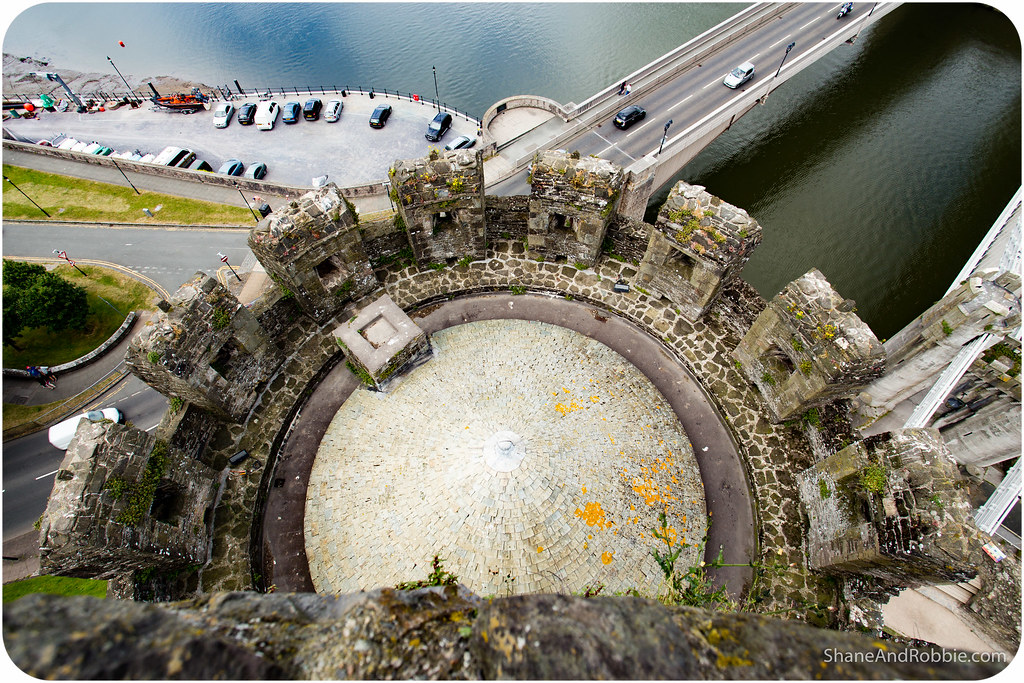 The views from the battlements were breathtaking; from one side we could look out across the River Conwy and the inlet, whilst from the other end of the castle Snowdonia National Park and all the farmlands around Conwy were easily visible. There was no sneaking up on this fortress, that’s for sure! 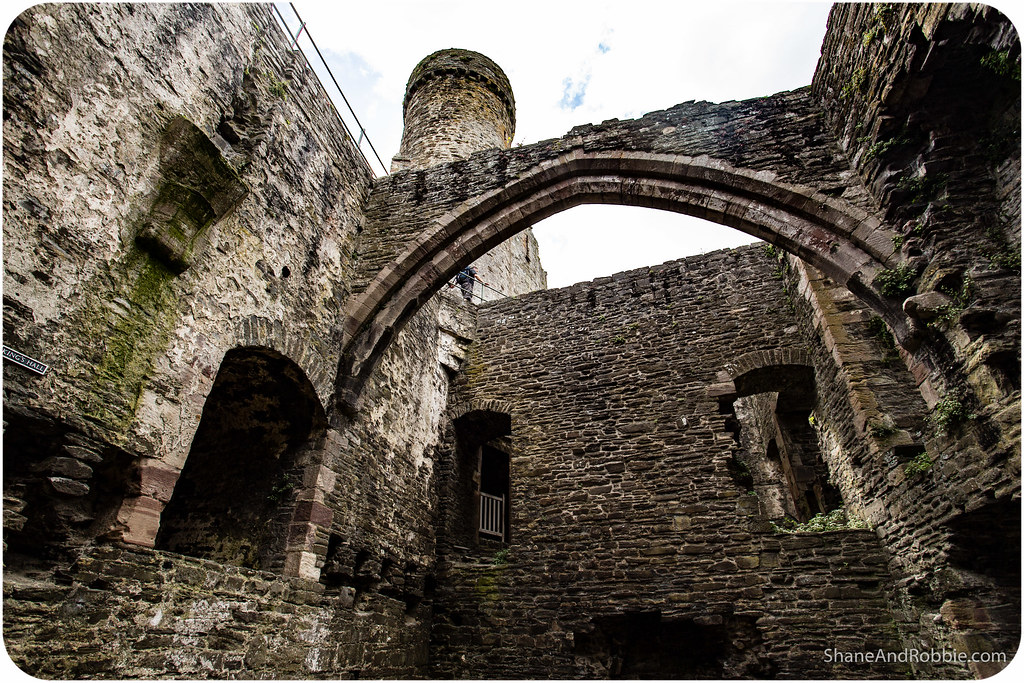 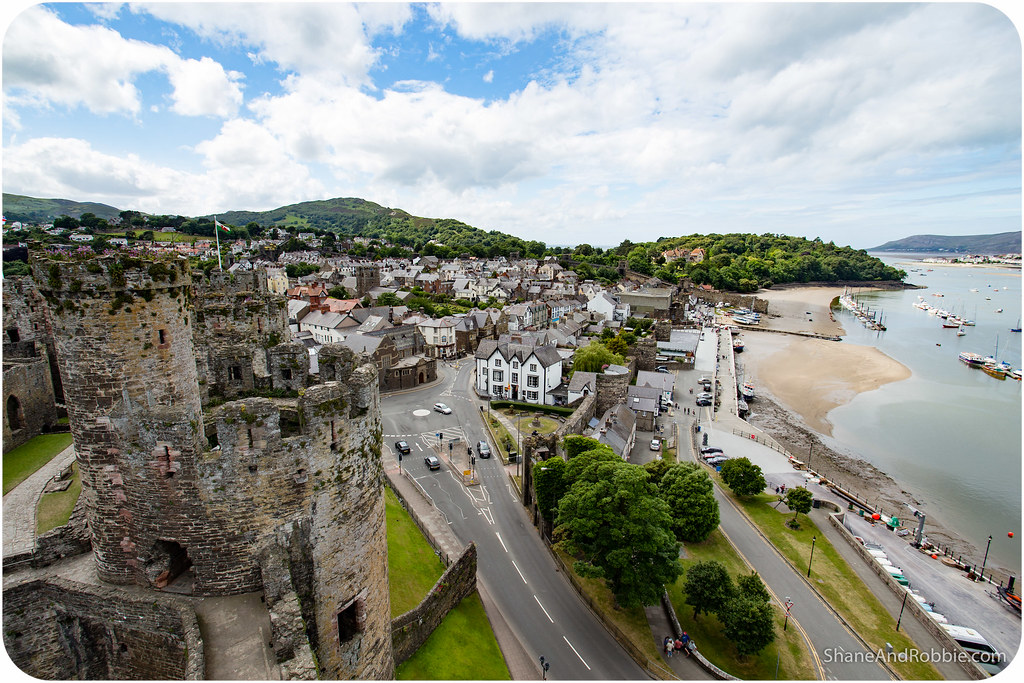 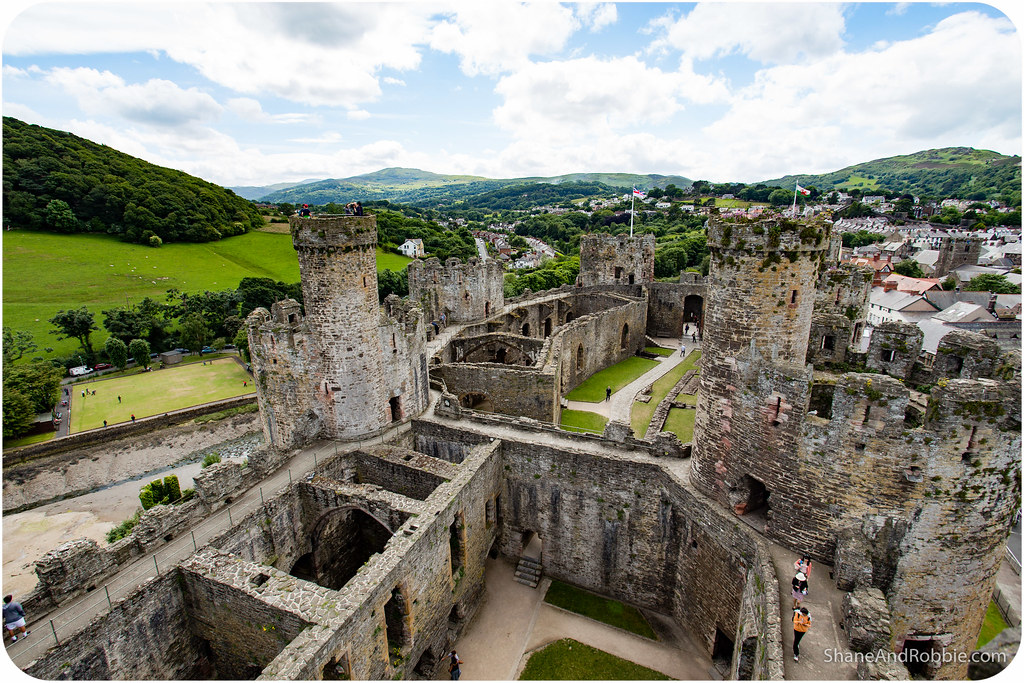 Within the castle there we found the remnants of a great hall and kitchen, as well as Edward’s private chambers and a royal chapel. Though most of the castle is now roofless, it was still easy to get a sense of how majestic this building once was. 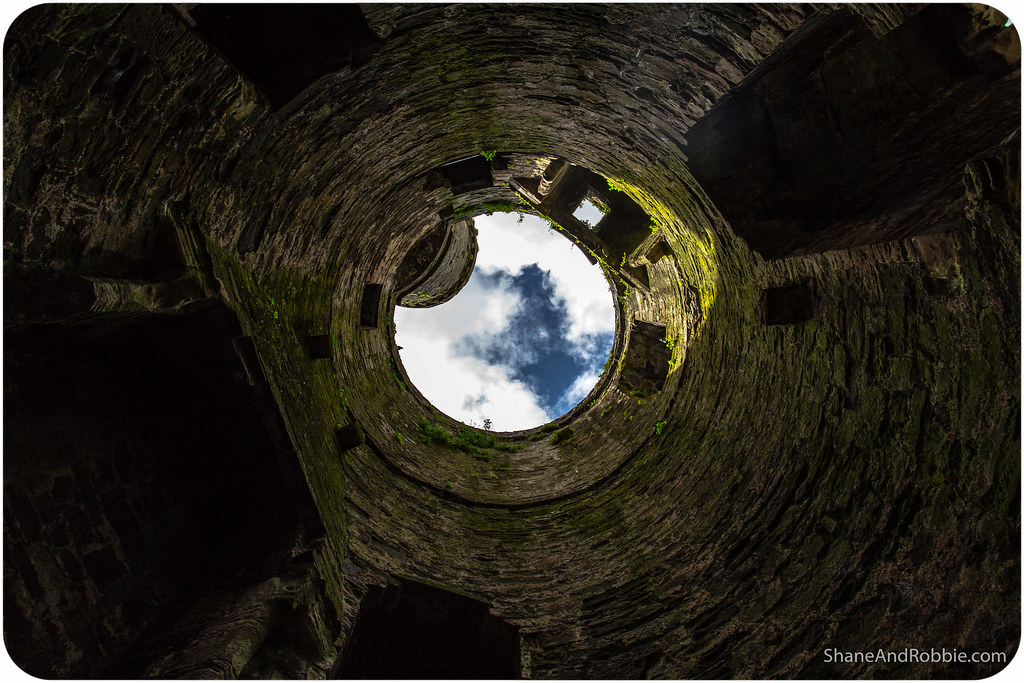 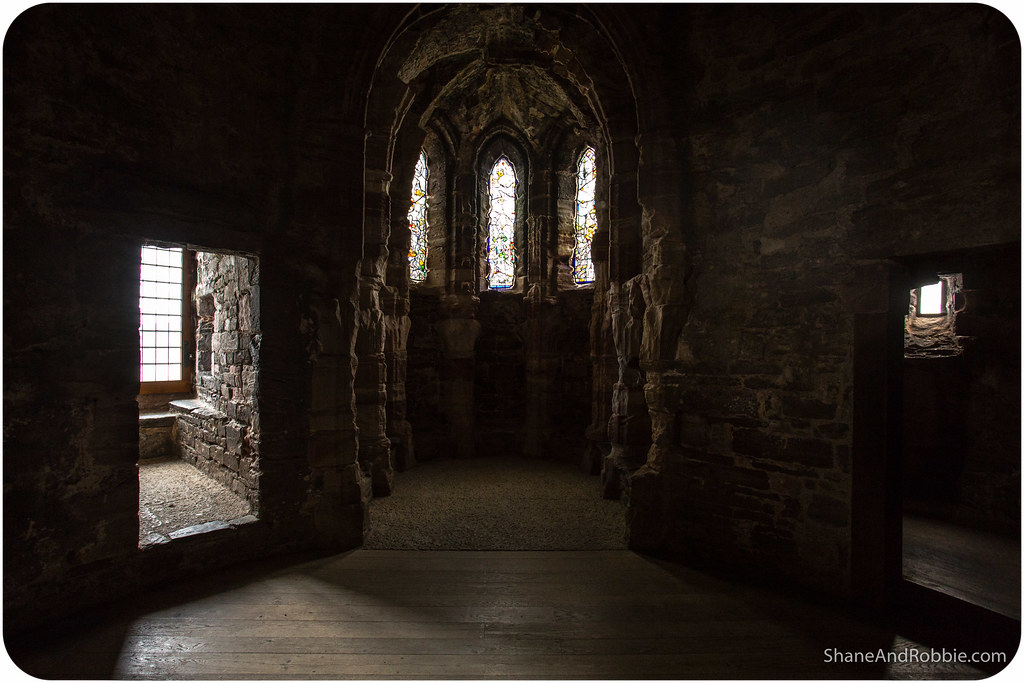 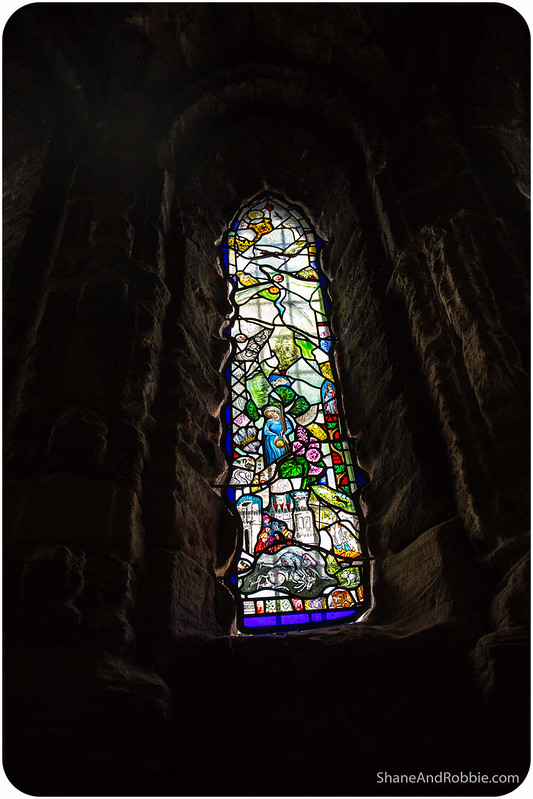 UNESCO considers Conwy Castle to be one of “the finest examples of late 13th century and early 14th century military architecture in Europe”. We agree! (Not that our opinion counts for much.) In fact I love Conwy Castle so much that I’m contemplating finding out how much it would be to buy. Needs a bit of work and might be a bit expensive to heat in winter, but it’s just so AWESOME! 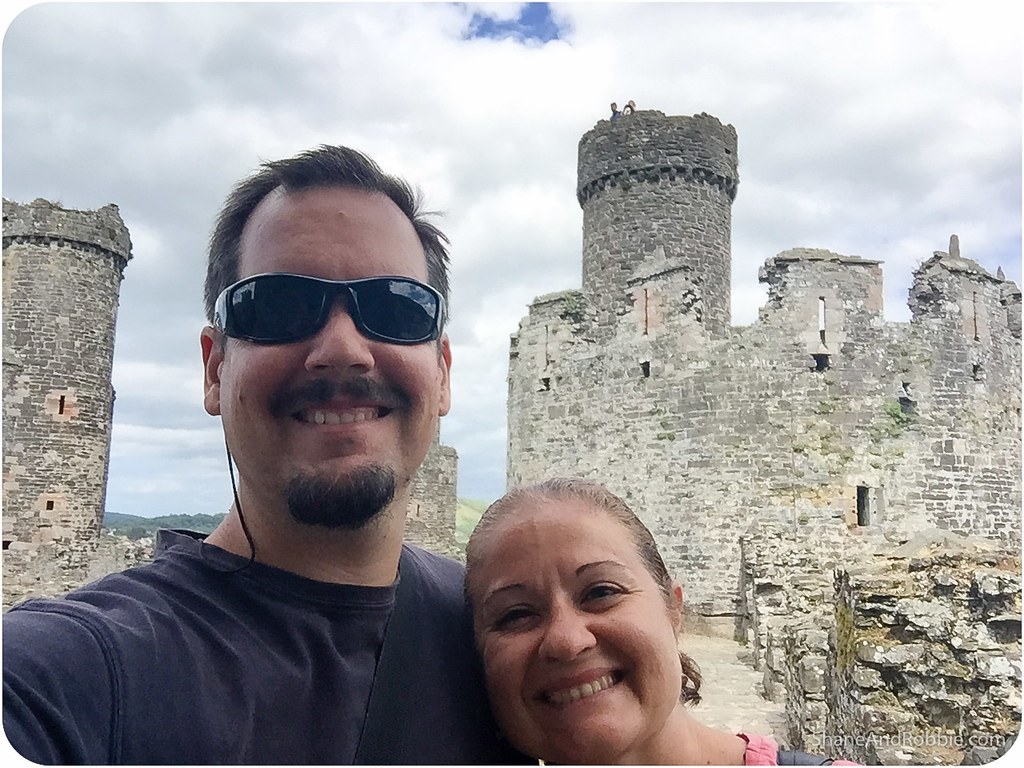 Not having had enough of Medieval architecture we set off to explore a bit more of Conwy itself. Conwy is a classic “walled town”. Its circuit of thick, stone walls, guarded by 22 towers, are also remarkably well preserved. We were able to walk around the whole town on the walls, admiring the town from our elevated position. 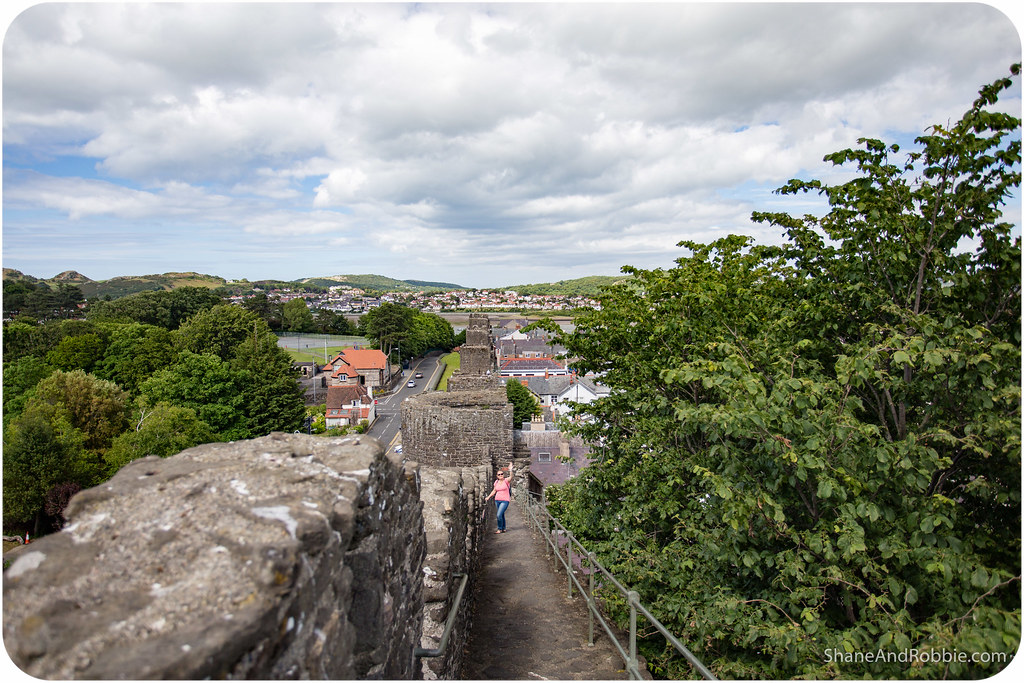 We came down off the walls to see St Mary’s Church, Conwy’s central church. This Norman chapel is the oldest building in Conwy and has stood within the walls since the 13th century. 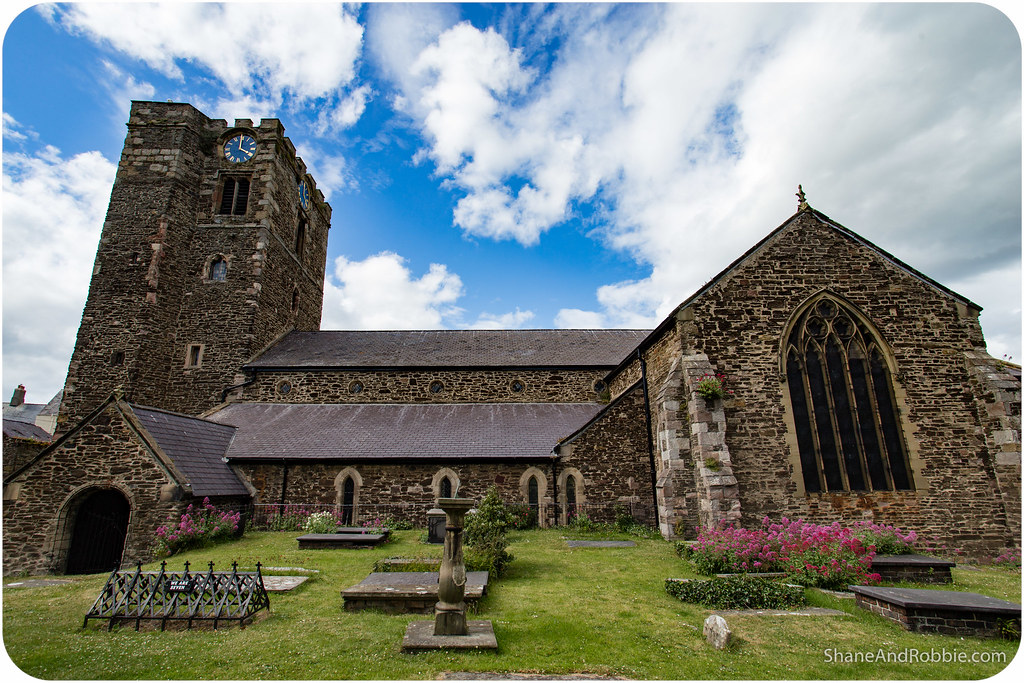 Strolling through town we eventually found ourselves down by the waterfront, where we enjoyed an ice cream whilst watching the sea birds reeling above . 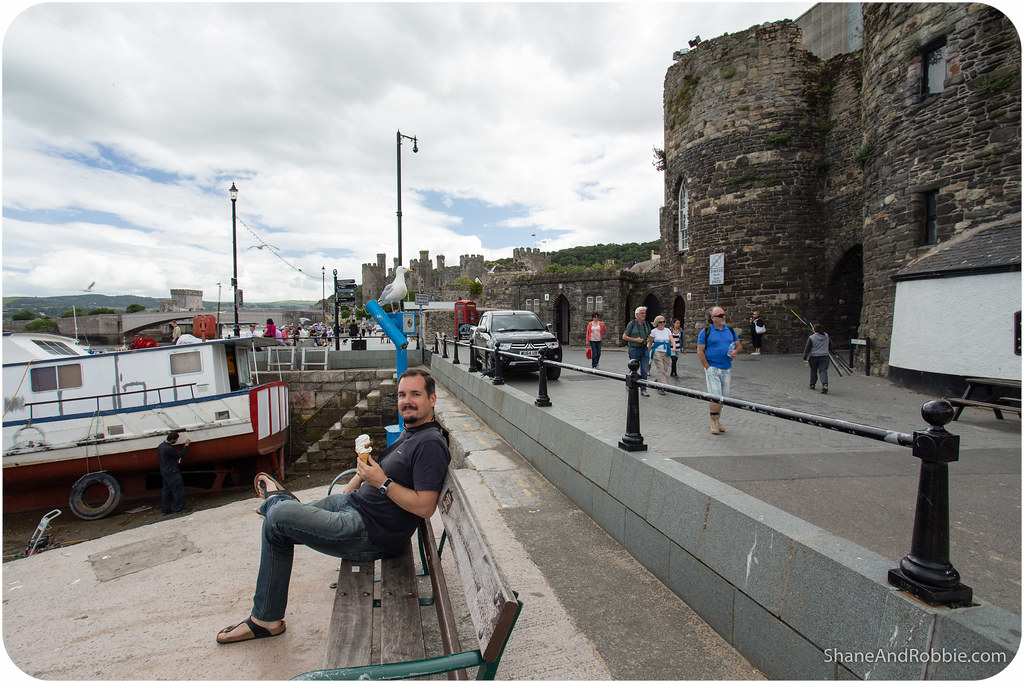 Just by the waterfront we stumbled across one of Conwy’s smaller attractions: The Smallest House in Great Britain. This tiny cottage measures just 3.0mx1.8m and seemed so small it looked like a dolls’ house. It amazed us to find out that the cottage was in continuous occupation from the 16th century until 1900 when the owner, a 180cm tall fisherman called Robert Jones, decided he’d had enough of not being able to stand up properly in his own house, and moved out. The house is still owned by his descendants today and is open for (short) visits. 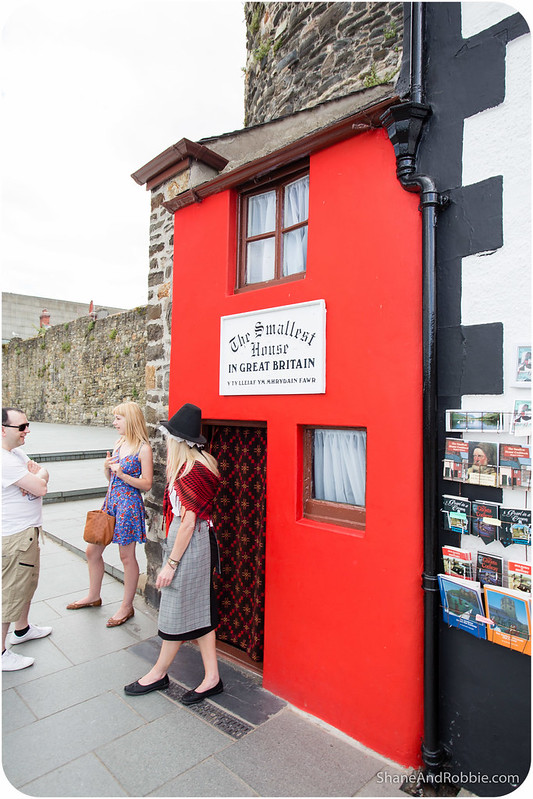 From the quay and The Smallest House in Great Britain we walked around the headland, to the sea-facing side of Conwy. The views along the way were stunning and it was great seeing people out walking their dogs, fishing around the river-mouth, and their boats out for a day on the water. 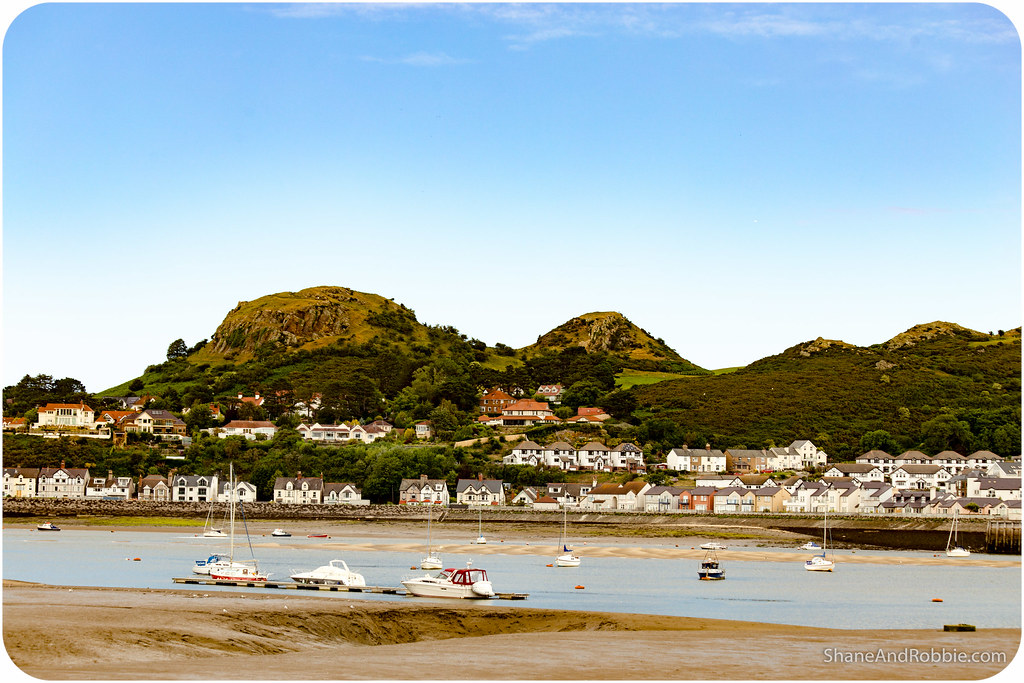 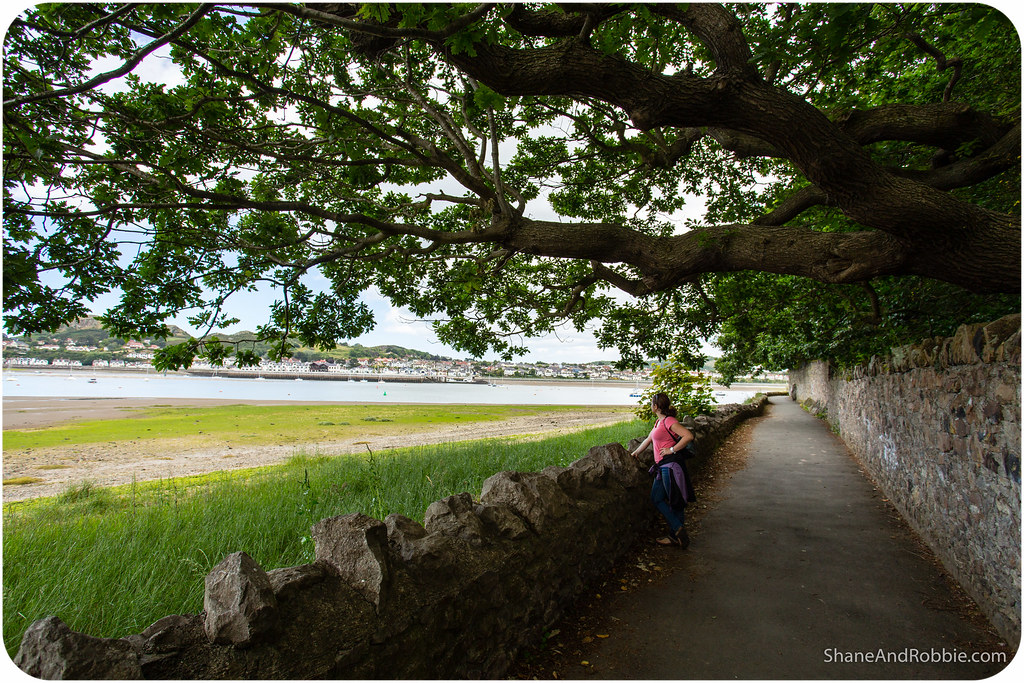 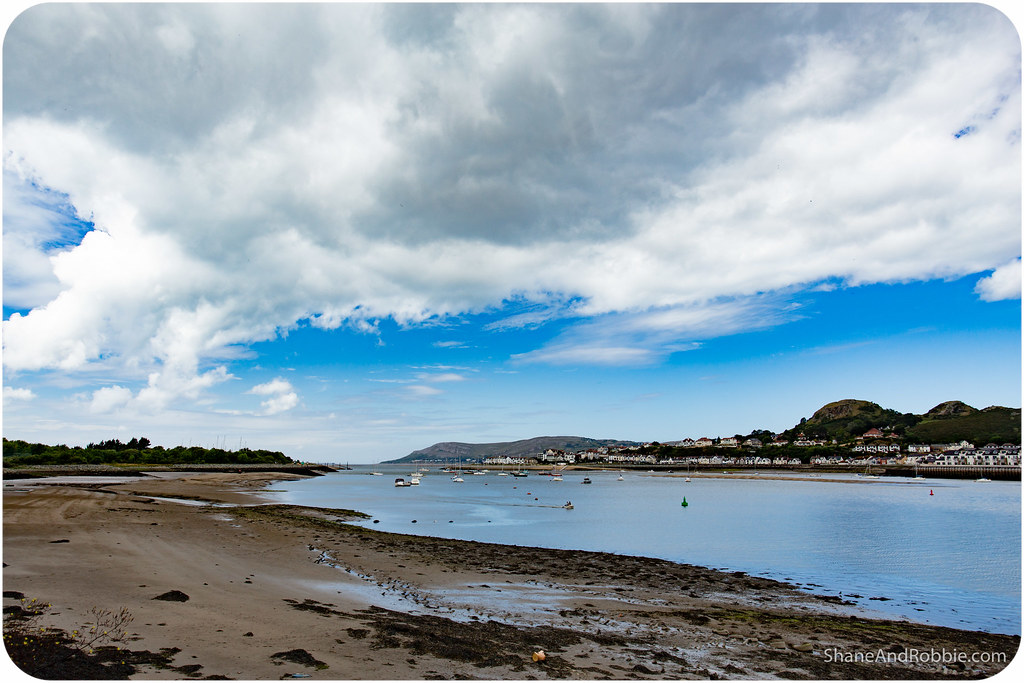 Eventually we came around to the newly built Conwy Marina where the comfort of the pub beckoned to us. The nautically themed ale house was busy, but not packed. We found a table, ordered a couple of drinks and soon struck up a conversation with the couple next to us. One drink led to another, and soon it was dinner time, so we stayed on and enjoyed a great meal down there by the water. 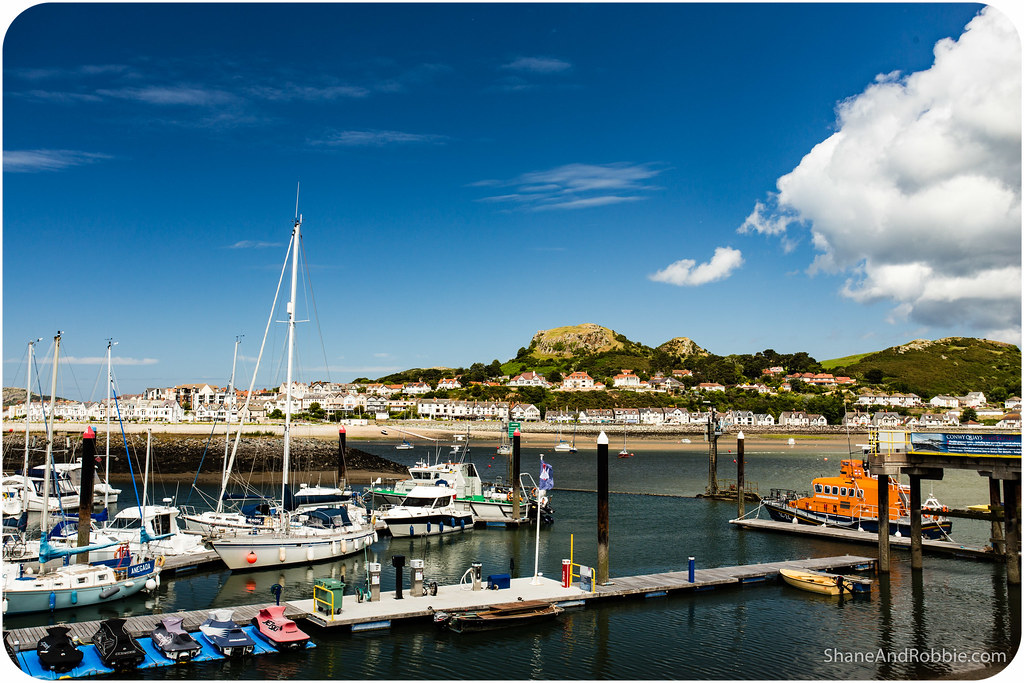 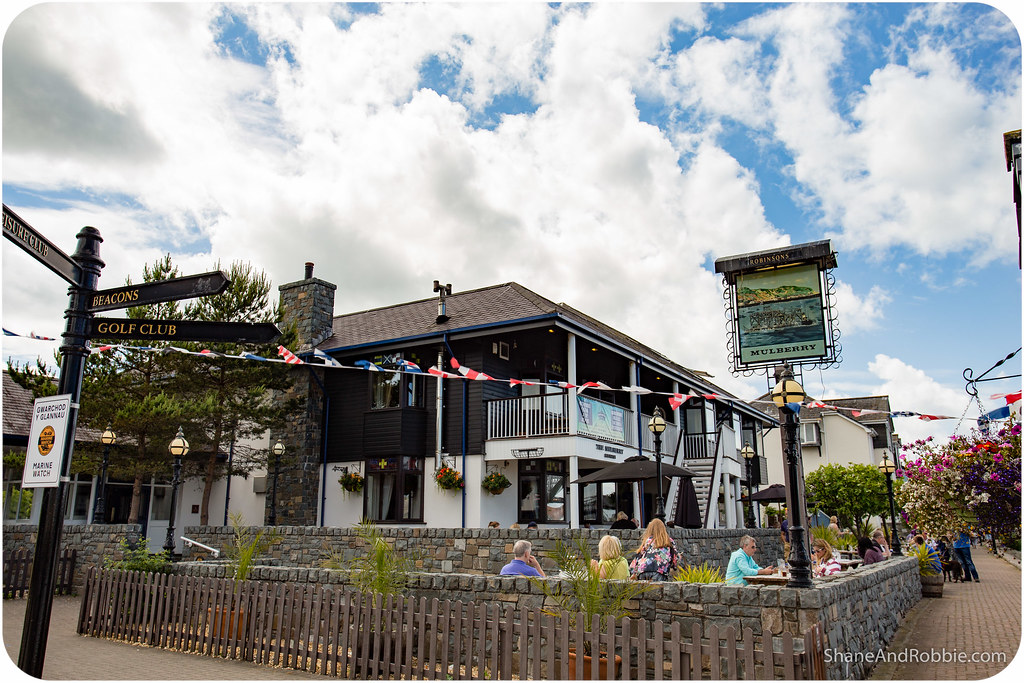 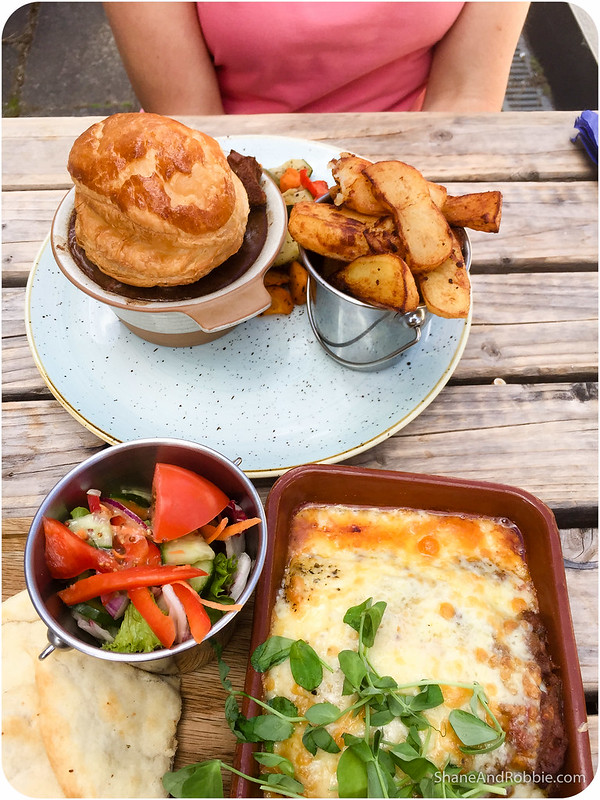 With the sun shining and a gentle breeze blowing, it was a wonderful way to spend the evening and reacclimatise ourselves with Wales after our weeks in Ireland. Mind you, Shane got a bit scared when he heard that there’s a HEAT WAVE coming this week – seems temperatures over here on the island of Britain are going to reach nigh on 30 degrees! Sounds great if you ask me! 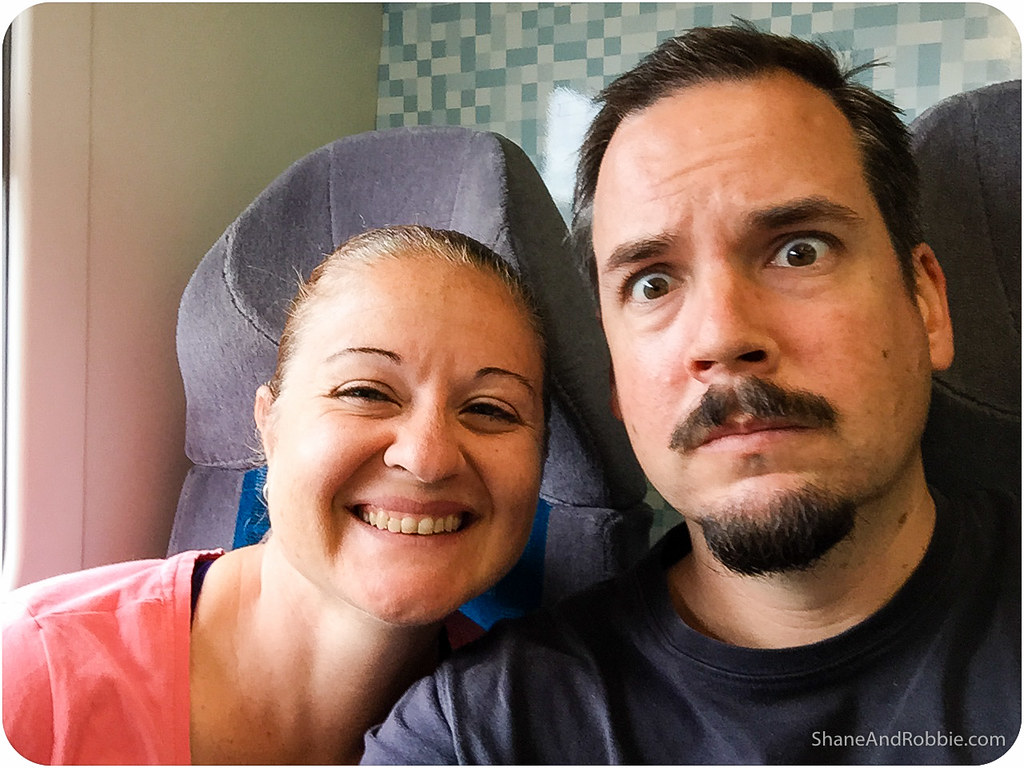