OUTDOOR CAPITAL OF THE U.K.

Fort William is the self proclaimed “Outdoor Capital of the UK”. This small resort town sits on the shores of Loch Linnhe, under the shadow on Ben Nevis (Britain’s highest mountain at 1,344m altitude), and at the crossroads of 2 of Scotland’s most popular long distance walks (the 150km West Highland Way which starts in Glasgow and ends here in Fort William, and the 120km Great Glen Way which runs between Fort William and Inverness to the north). It’s this rather dramatic location that attracts thousands of hiking, biking, and outdoor enthusiasts. We’re nowhere near as hard core or committed to outdoorsy stuff as some of the people we’ve seen walking around town today, but we’re still keen to sample some of the natural wonders Fort William is so famous for! 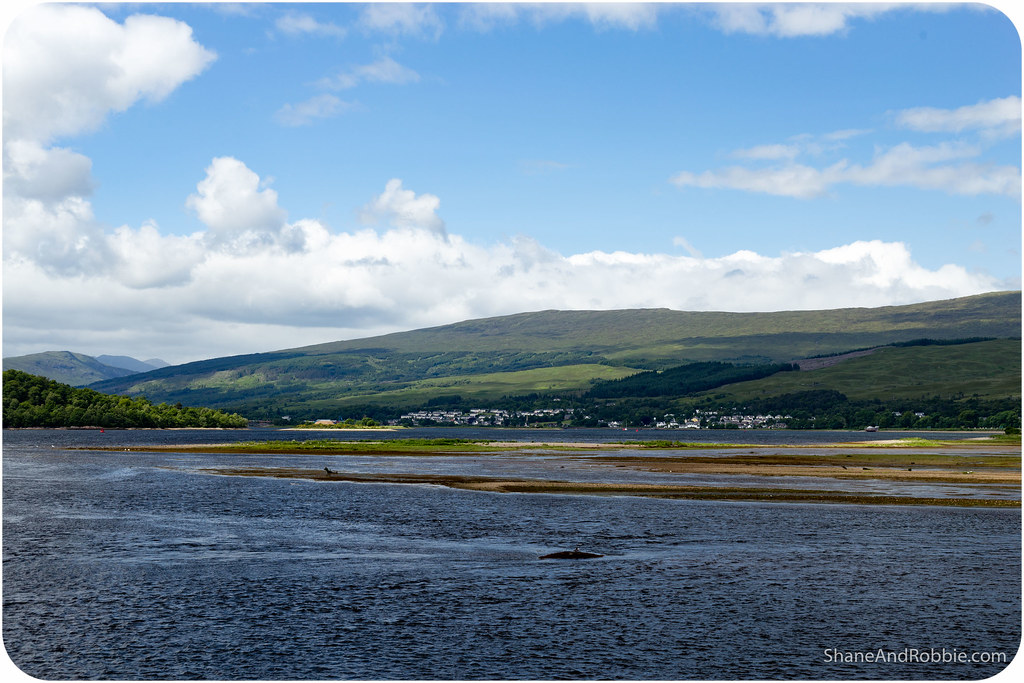 Our day started, once again, under steely grey skies in Oban. As our train headed north the weather got worse, with mist turning to rain and the clouds hovering not far above our heads. The scenery along the West Highland Railway was no less awesome though. 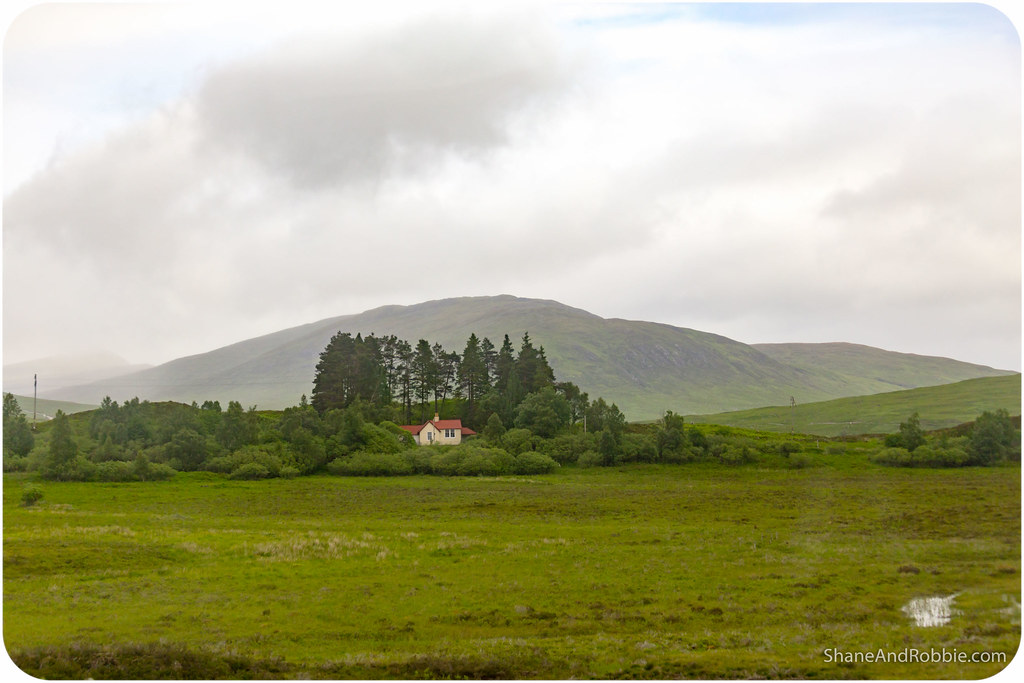 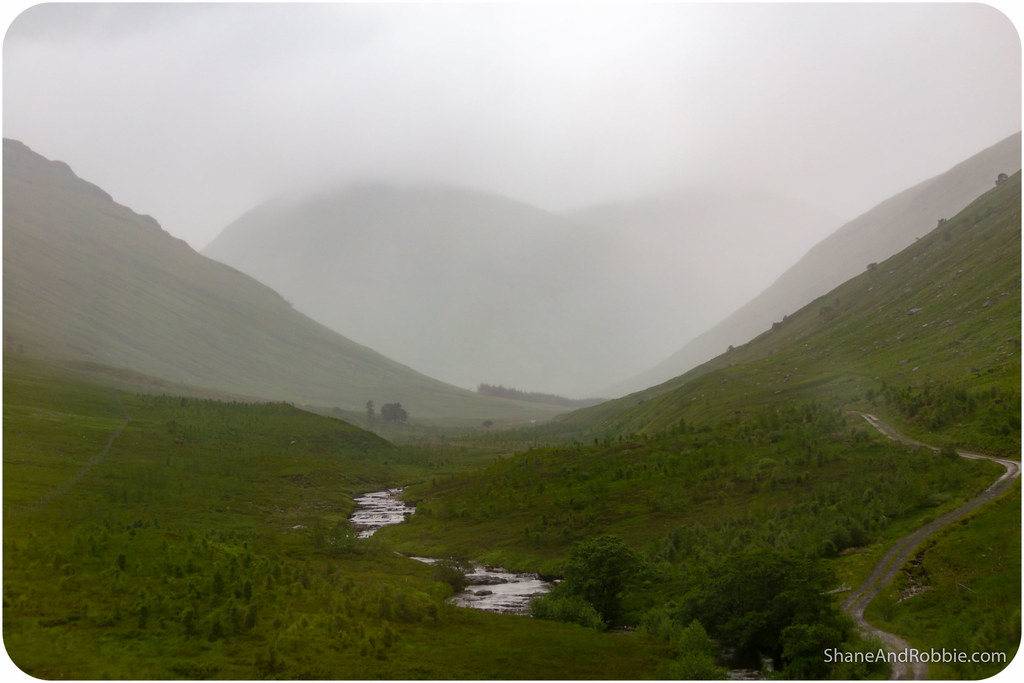 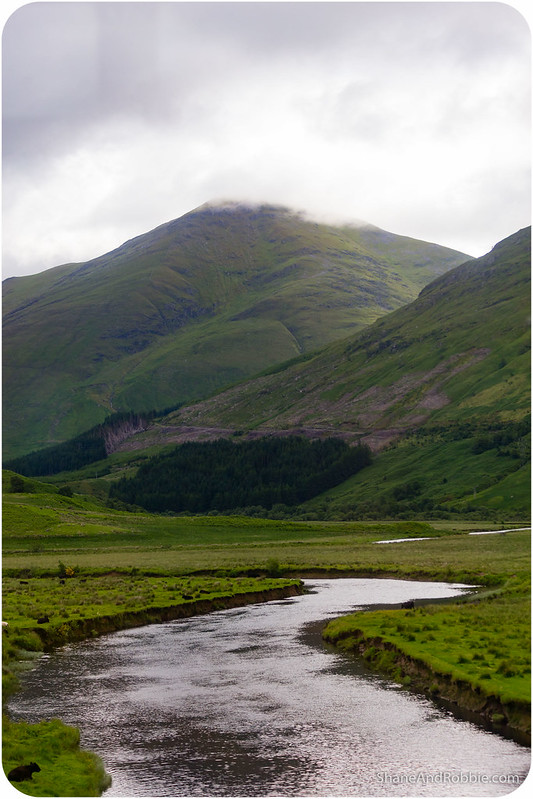 By the time we pulled into Fort William, however, the worst of the weather had passed and we even got moments of sunshine during our afternoon explorations around town! 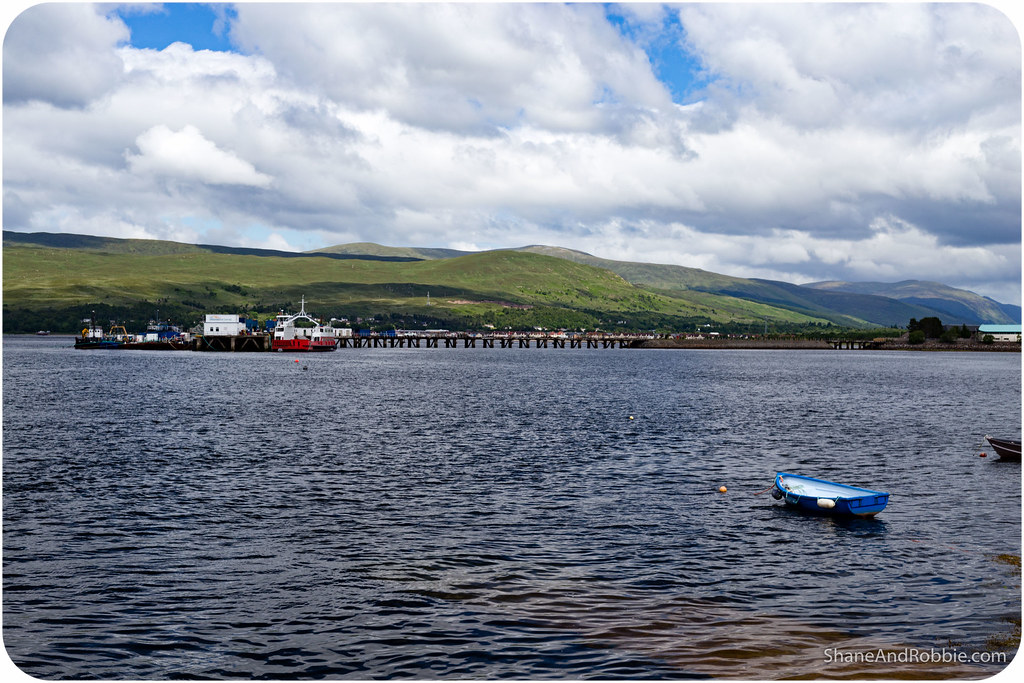 The town of Fort William itself took us all of 10 minutes to “explore”; it’s basically just one street (High Street), lined with cafes, restaurants, pubs, and shops. 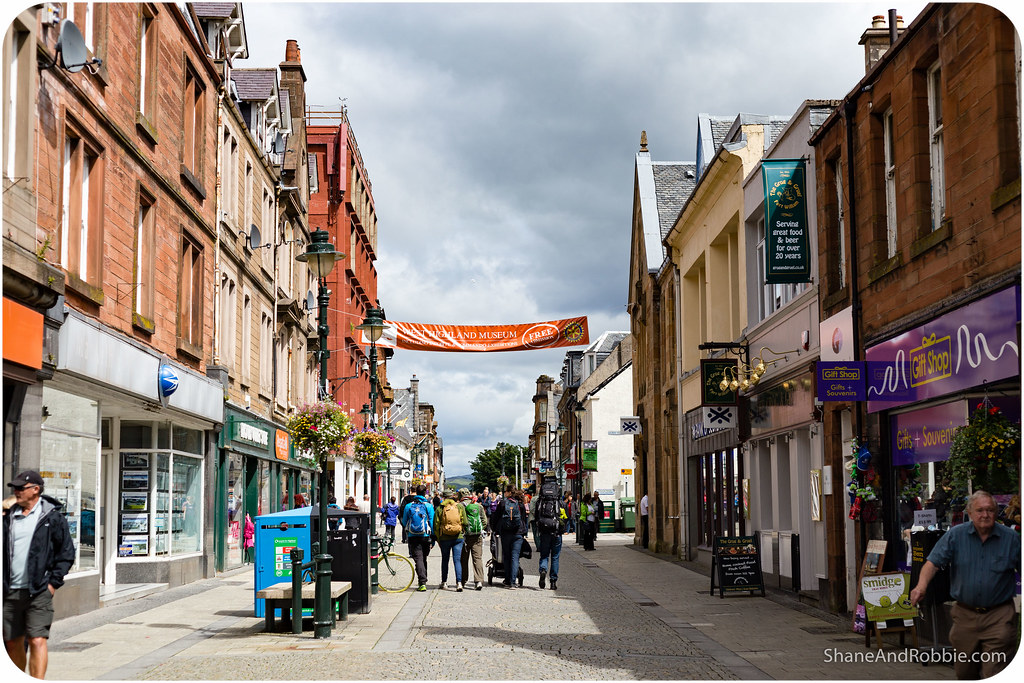 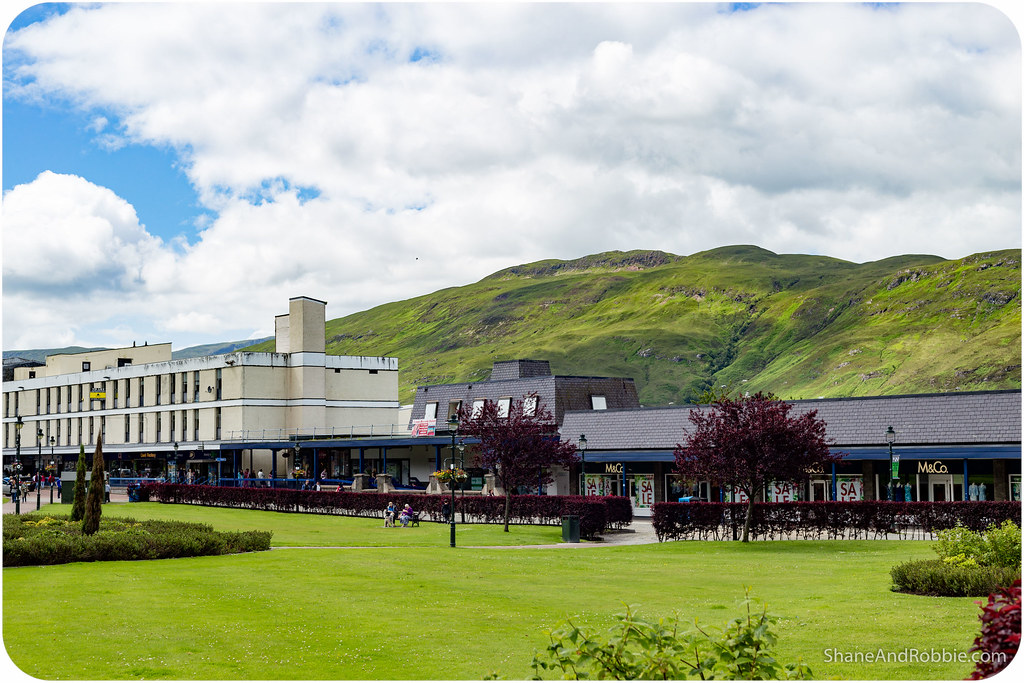 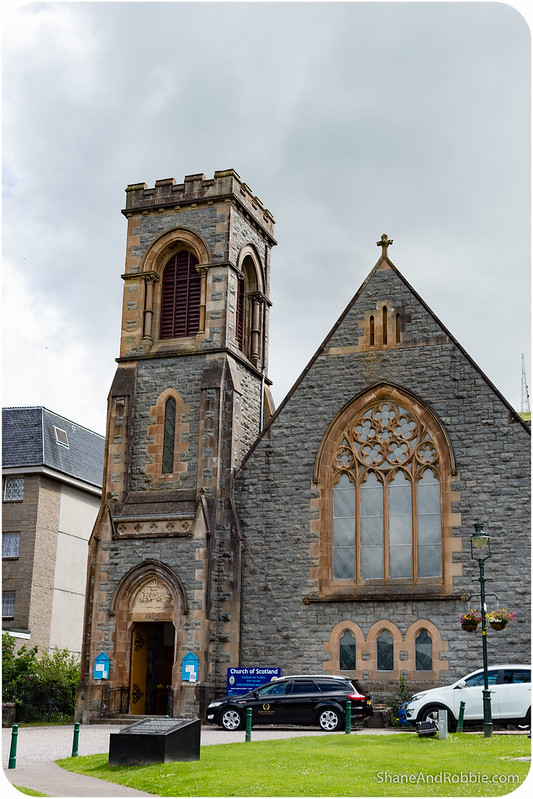 Beyond the main street there wasn’t much else to see, and we quickly determined that Fort William itself is not the appeal; the appeal is what’s OUTSIDE of town, what you can access from here. So off we went, keen to see a bit of the surrounding scenery. 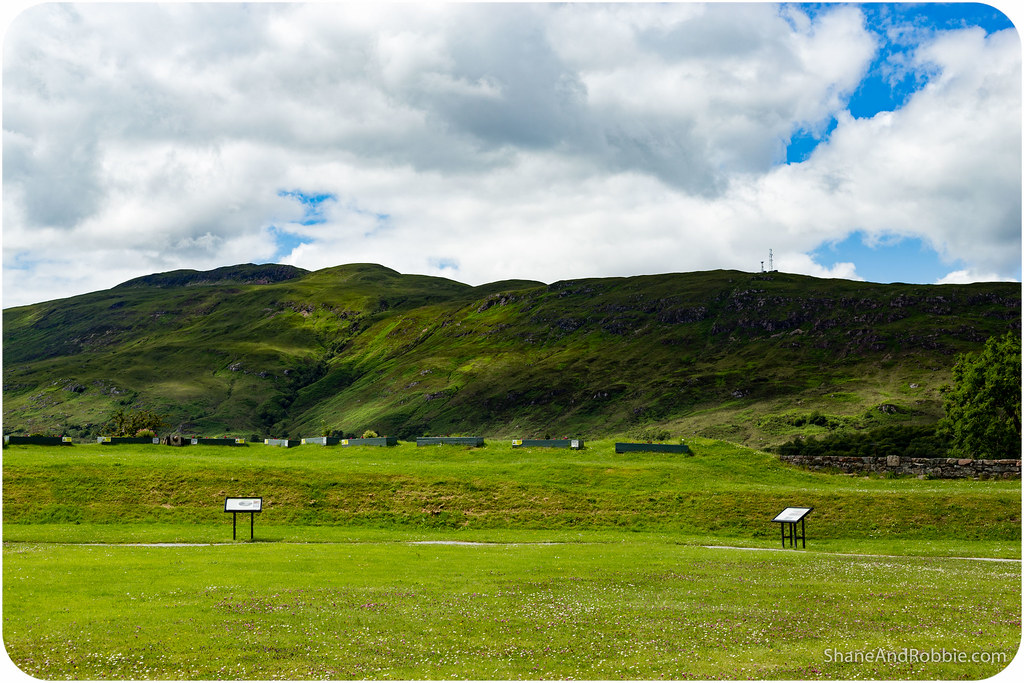 We started off down on the waterfront, watching the ferries and boats. Fort William lies near the head of Loch Linnhe, which, at 50km long, is one of Scotland’s longest sea lochs. Both the rivers Nevis and Lochy empty into Loch Linnhe just here, which also makes this a good place to go wildlife spotting. Seals and otters supposedly live in the waters around Fort William, though we didn’t see any on our travels this afternoon. 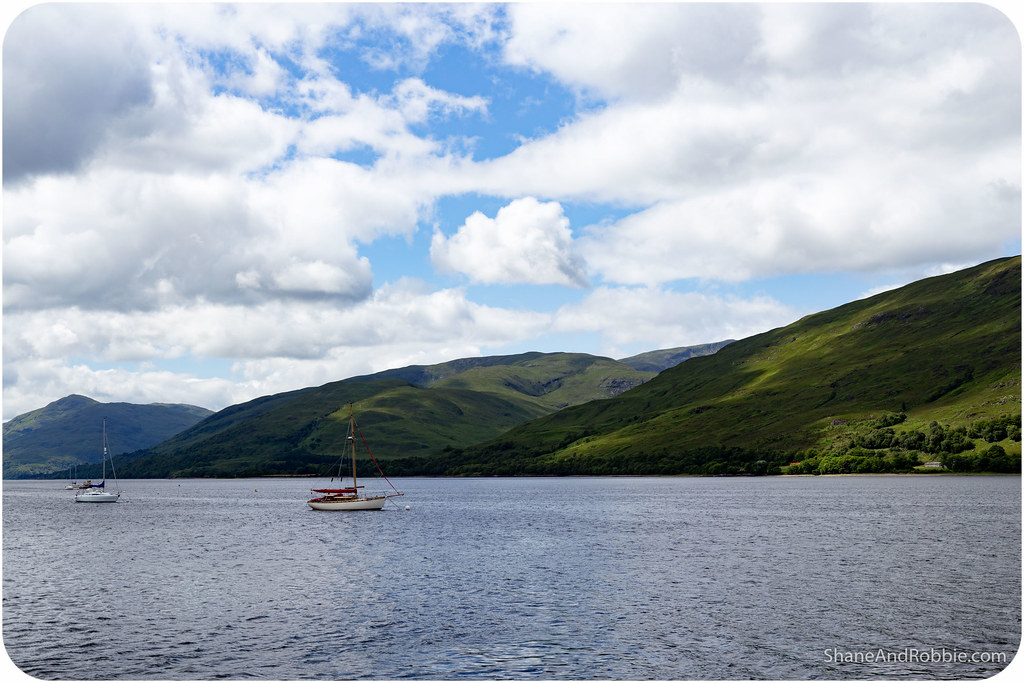 We walked along the shores of Loch Linnhe and up the River Lochy for a few miles, enjoying the sunshine and fresh air. Our path took us through forests and fields, and, eventually, to the ruins of Inverlochy Castle. 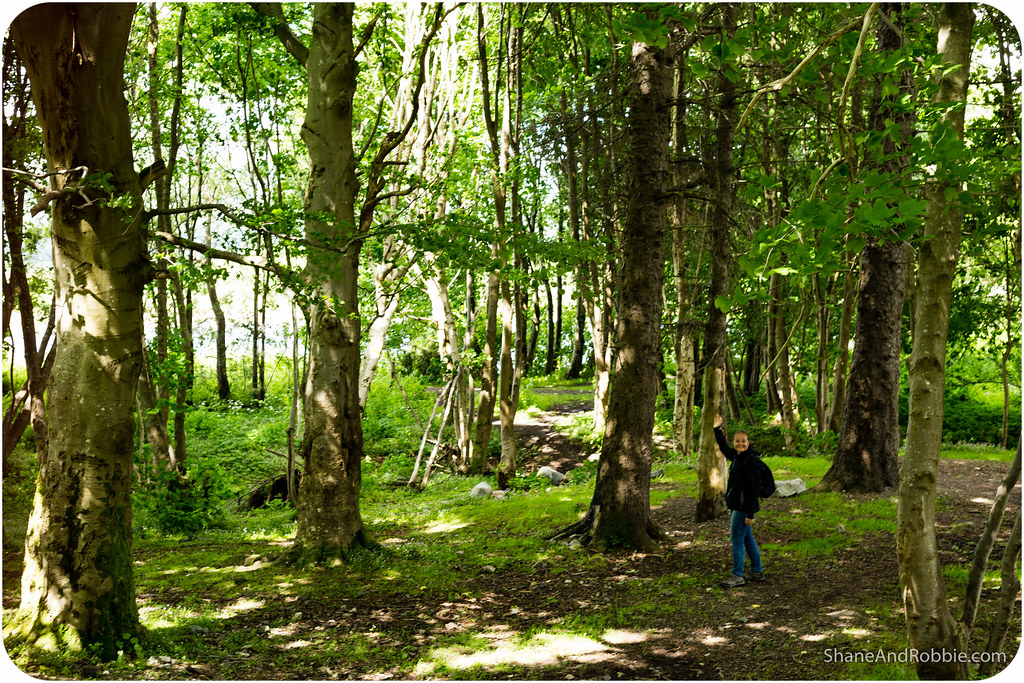 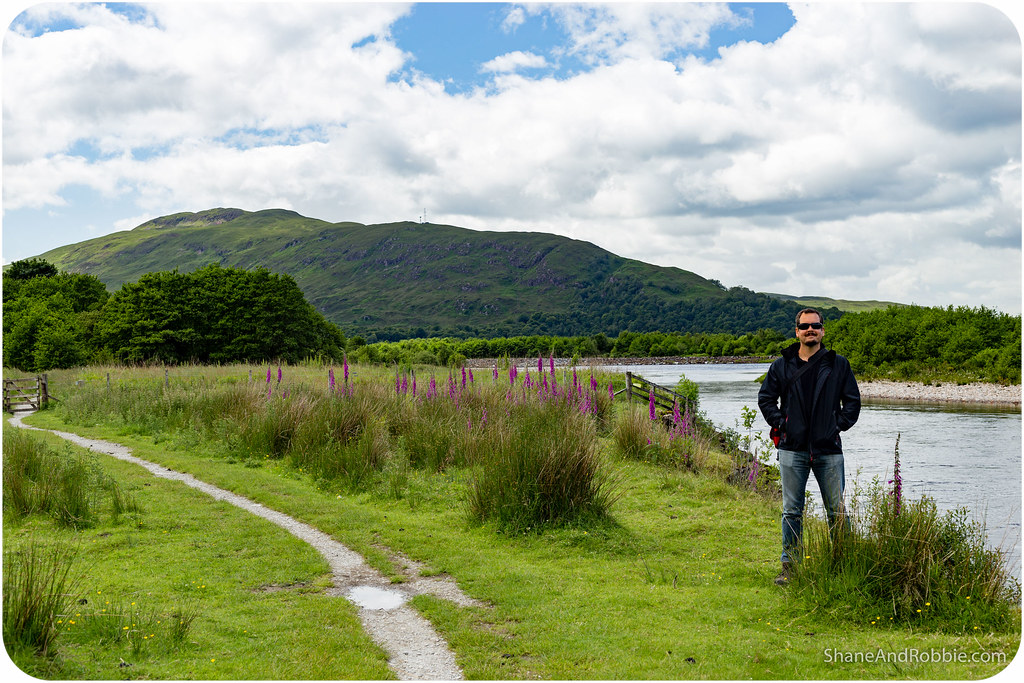 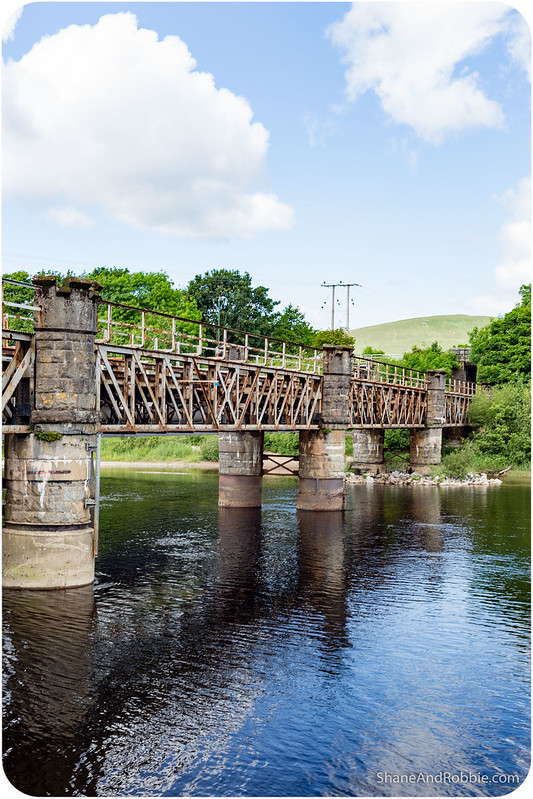 Inverlochy Castle was built in 1270 the chiefs of the ruling clan in this area during the Middle Ages: Clan Comyn. When Robert the Bruce succeeded to the Scottish throne in 1306, the Comyns, his rivals for the crown, were dispossessed, and the castle left unoccupied. Over the centuries the fortress has fallen to ruin, though what’s left is still impressive. 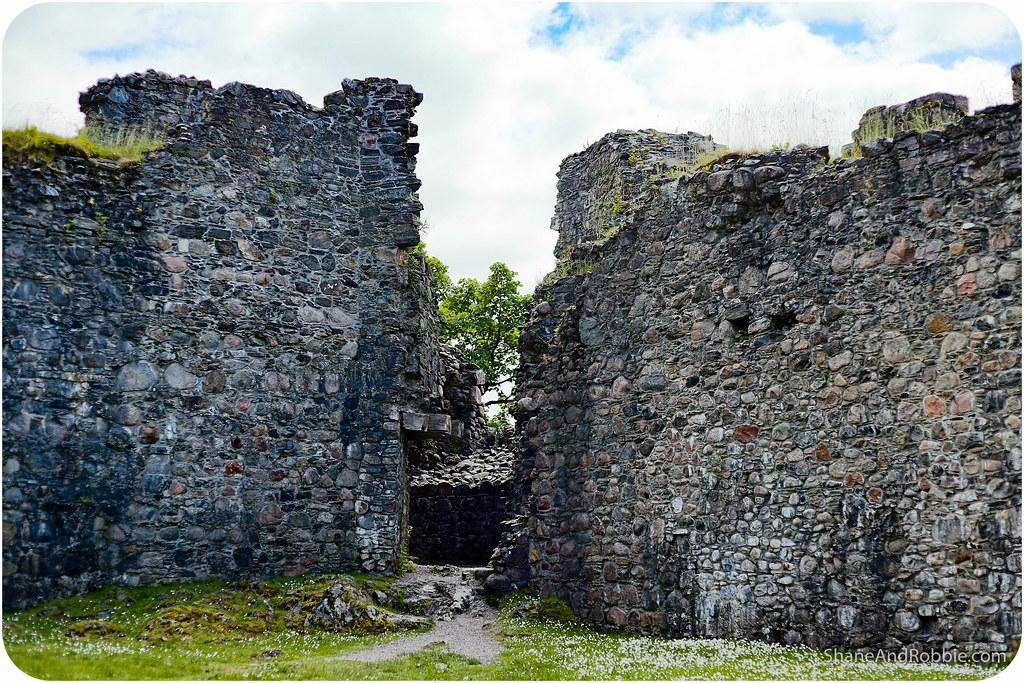 The castle was built on the south bank of the River Lochy, at the strategically important entrance to the Great Glen, a key passage through the Scottish Highlands. With one side defended by the river, the castle’s other three sides were originally protected by a water-filled ditch. This has long since been filled in, but the defensibility of the castle was still obvious. 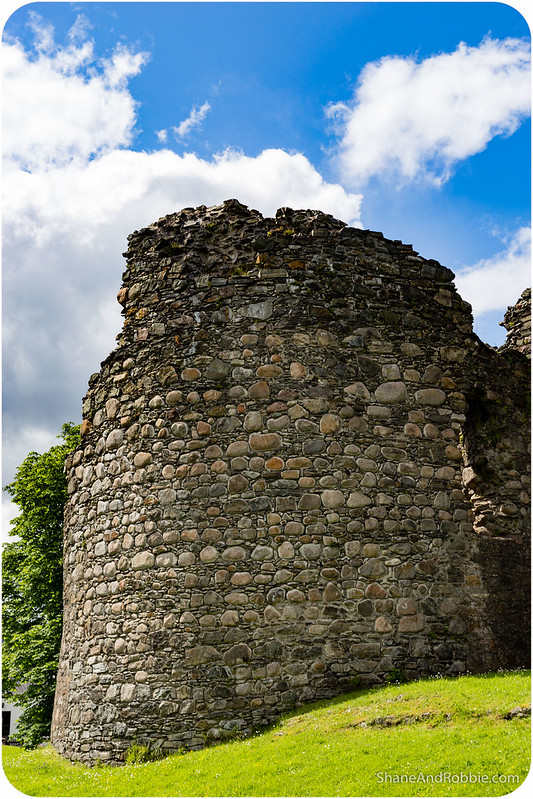 By the time we’d finished exploring around Inverlochy Castle, the Lochy River, and Loch Linnhe it was time for dinner. We chose one of the pubs in town for our evening and were suitably impressed with what they served at “The Grog & Gruel” (no rum punch and watery oatmeal porridge on the menu thankfully). And now we’re busy poring over maps trying to decide where to go hiking tomorrow. Ben Nevis is off the cards – that’s a SERIOUS mountain and not one we’re equipped to tackle, but maybe a stroll around Glen Nevis or Glen Coe might be in order? 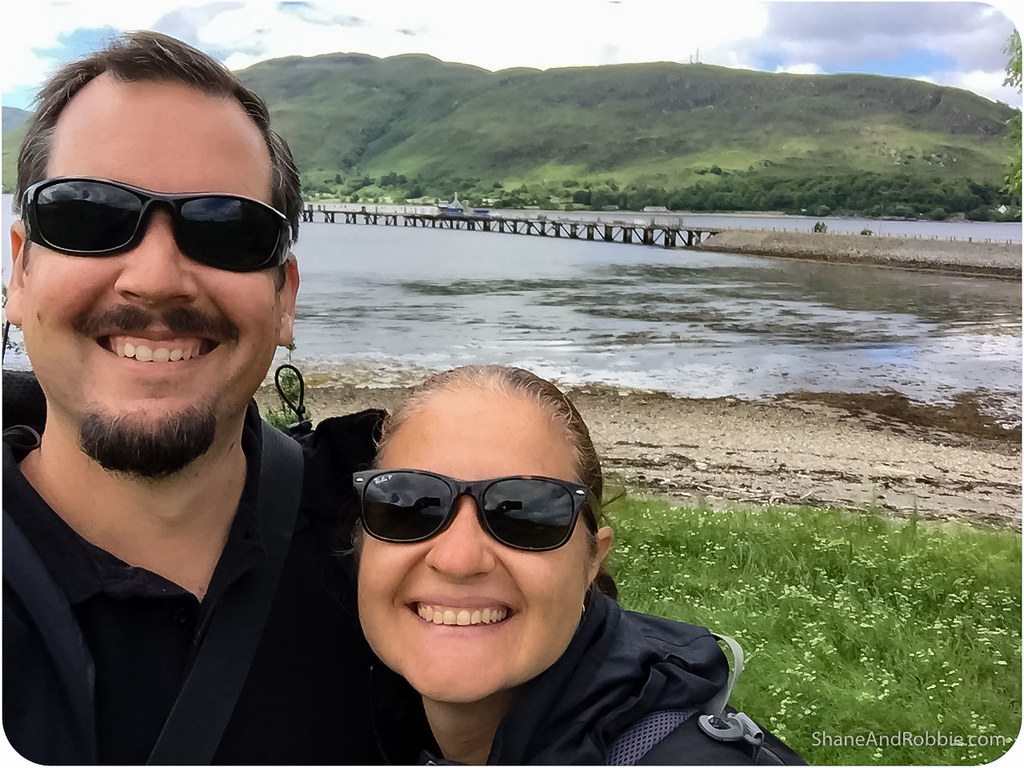