We enjoyed driving ourselves around Fort William so much yesterday that we’ve decided to commit ourselves to a week-long road trip around the Scottish Highlands. The public transport options around here are few and far between (not surprising given the small population), and none of the multi-day tours that take you around the Highlands go to all the places we’d like to visit. We figured the only viable option, therefore, was to part with bigs wads of cash* and hire a car for the week. So today we picked up our little red go-go-mobile in Inverness and set off on our first ever Scottish road trip!
*July and August are the busiest months around here and prices all over Scotland sky-rocket during these peak summer months; car rental is no exception. 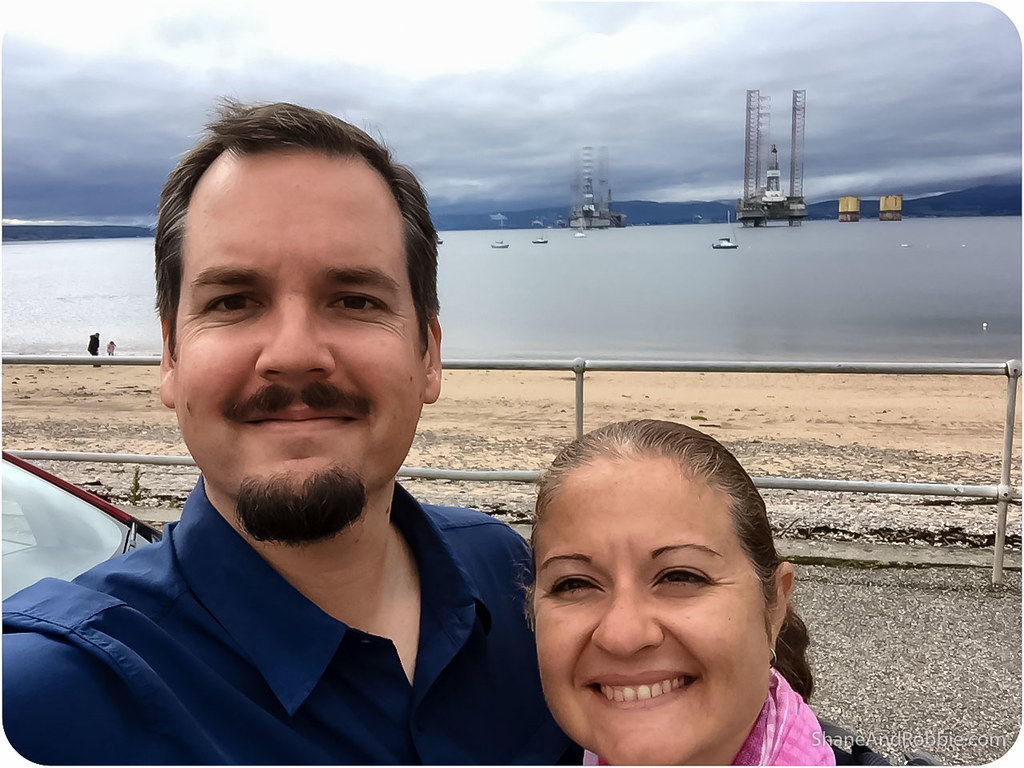 Inverness if the biggest city in the Highlands (population ~60,000) and a quick internet search revealed that THAT was where we needed to go get a hire car for the week. So we left Fort William this morning on a bus and headed 2 hours north to the “Capital of the Highlands”. The drive up to Inverness took us past the (in)famous Loch Ness and some of the more touristic parts of the Highlands. 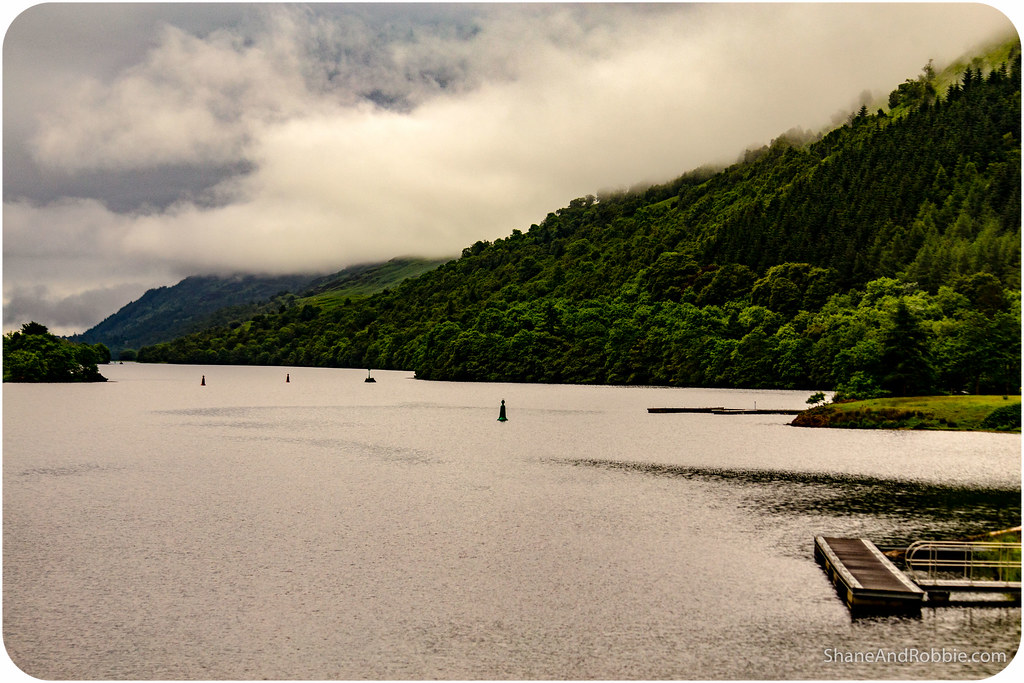 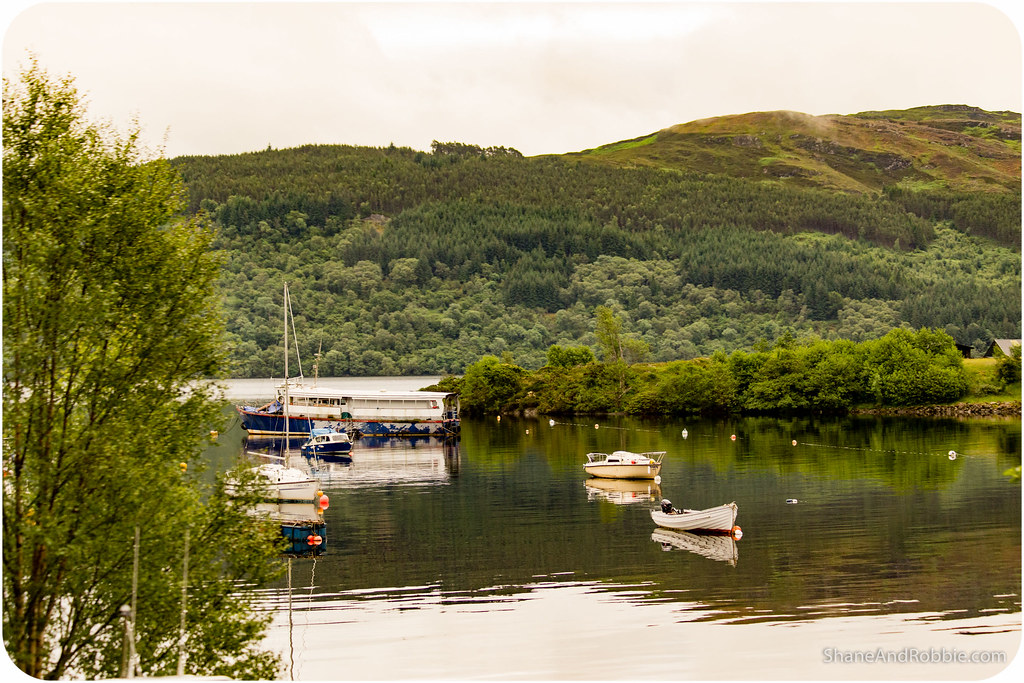 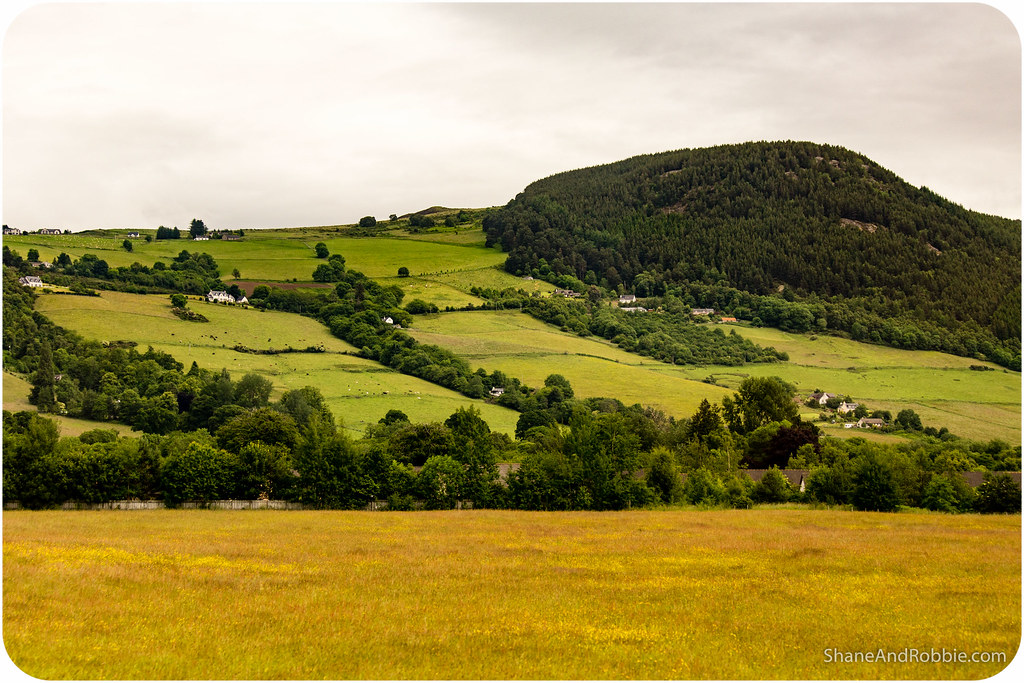 In all honesty the landscape around Inverness was pretty boring compared to the epic mountains, valleys, and lakes around Fort William. Inverness would make a great base from which to explore other areas, but it’s not the most scenic part of Scotland. We were quite happy to by-pass Loch Ness and the ridiculous monster-themed tourist attractions along the lake’s shores. As soon as we had the car keys in our hands, we were off! 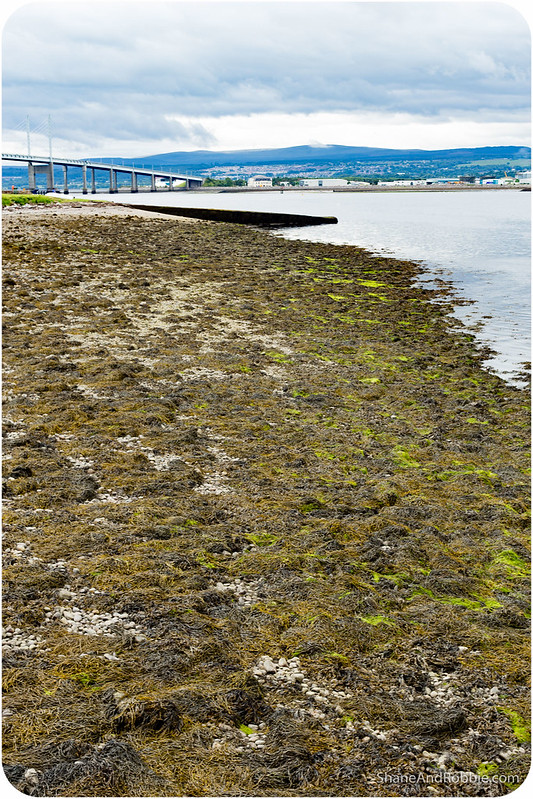 With our own wheels we set out to explore the Black Isle, one of the less visited corners of the Scottish Highlands. Despite its name, the Black Isle is not an island, but a peninsula, surrounded on three sides by water. As with everywhere we’ve been in Scotland, the coastline along the Black Isle was very picturesque. 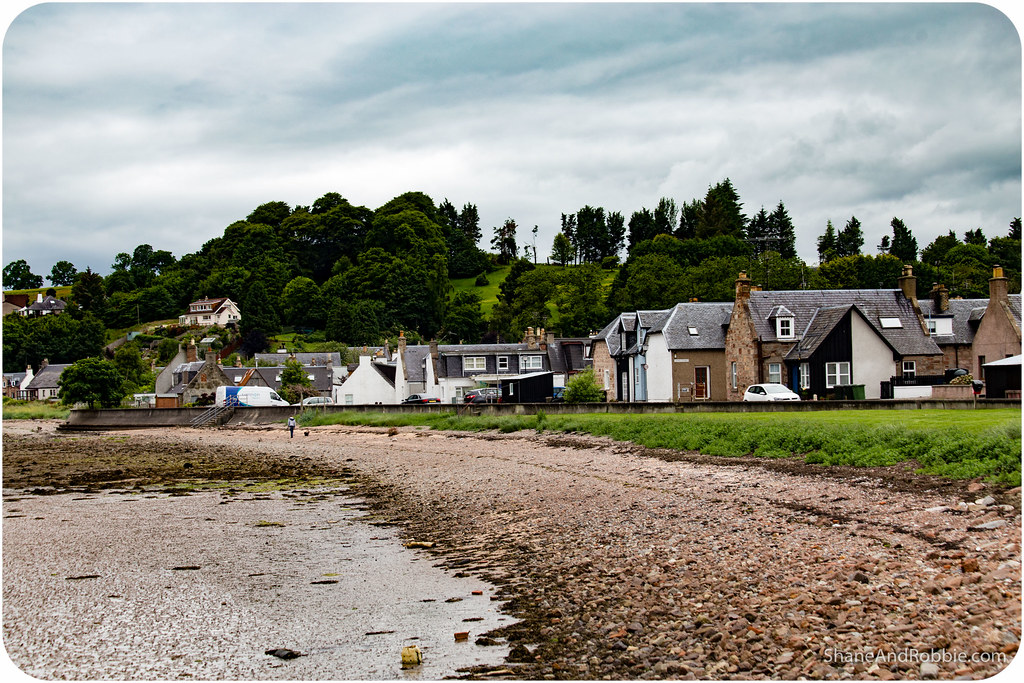 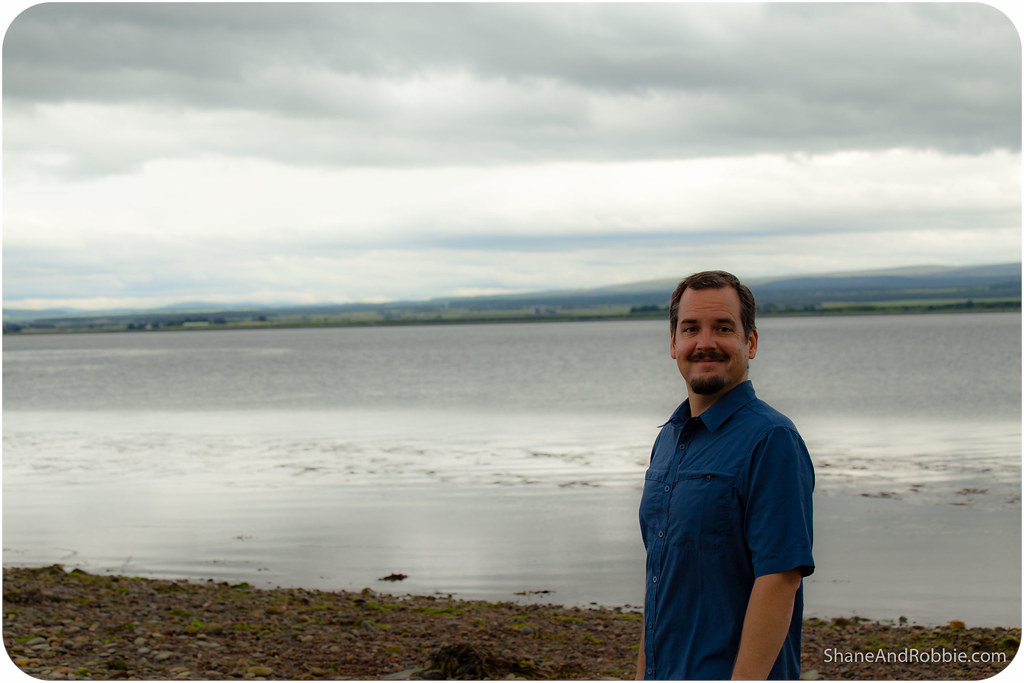 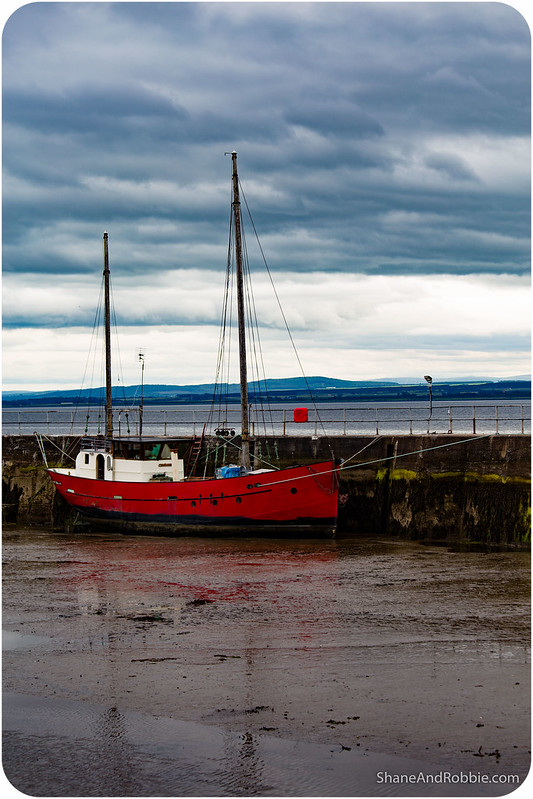 Most of the Isle is farmland, and our drive took us through forest and past acres and acres of fields planted with wheat, waving in the breeze. We passed the occasional village, with North Kessock being our first stop. Just across the bay from Inverness, North Kessock is a world away in terms of pace and vibe. It was so peaceful and quiet and the North Kessock Hotel, right on the waterfront, made a great stop for lunch. 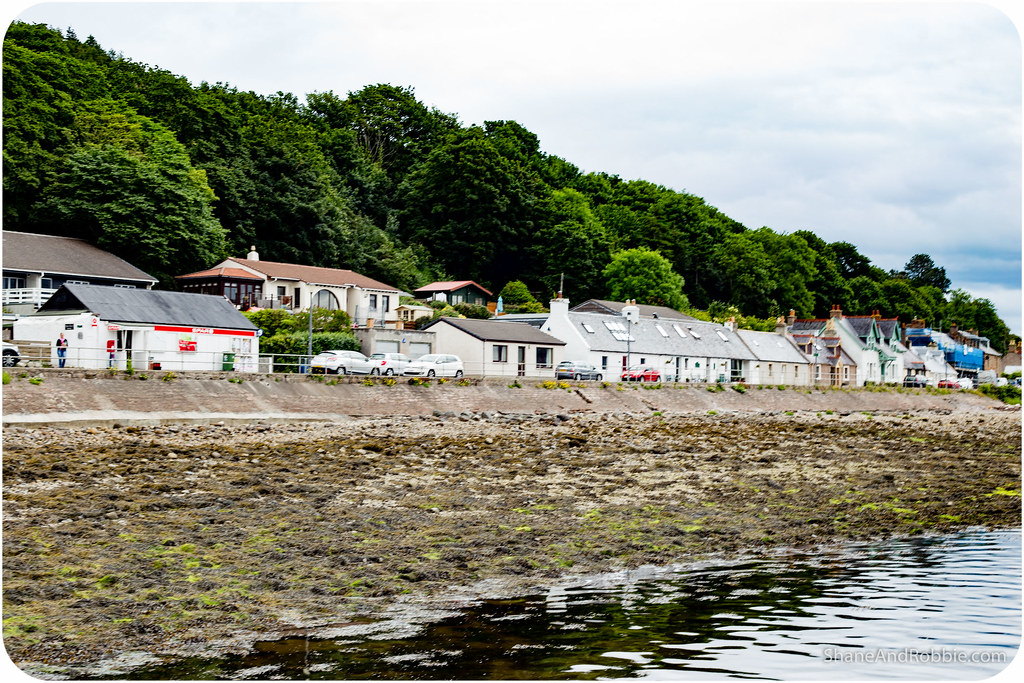 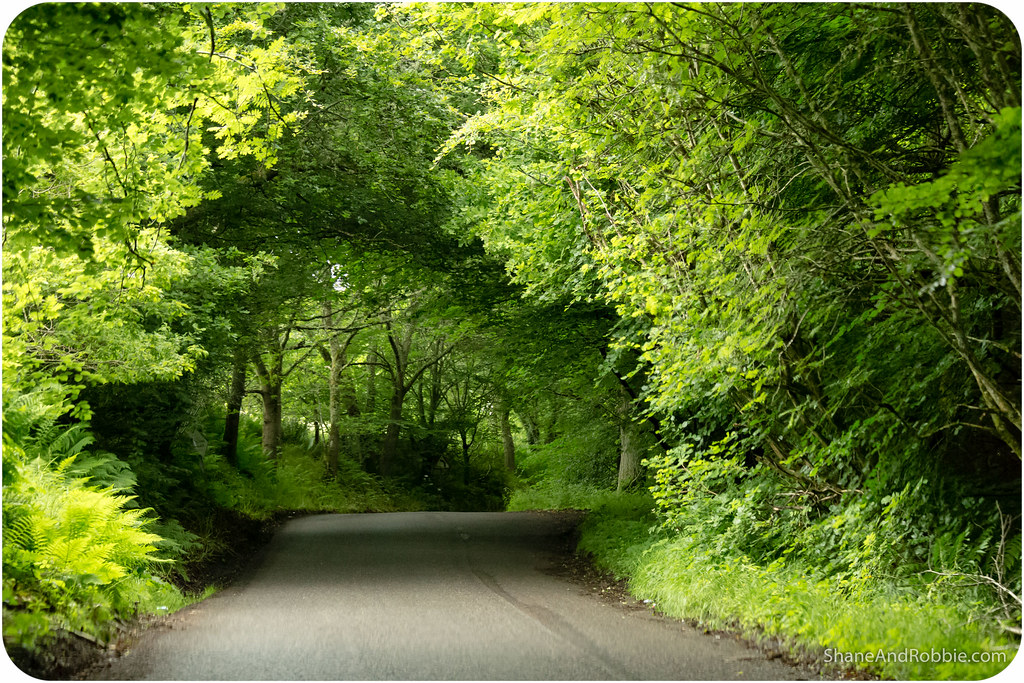 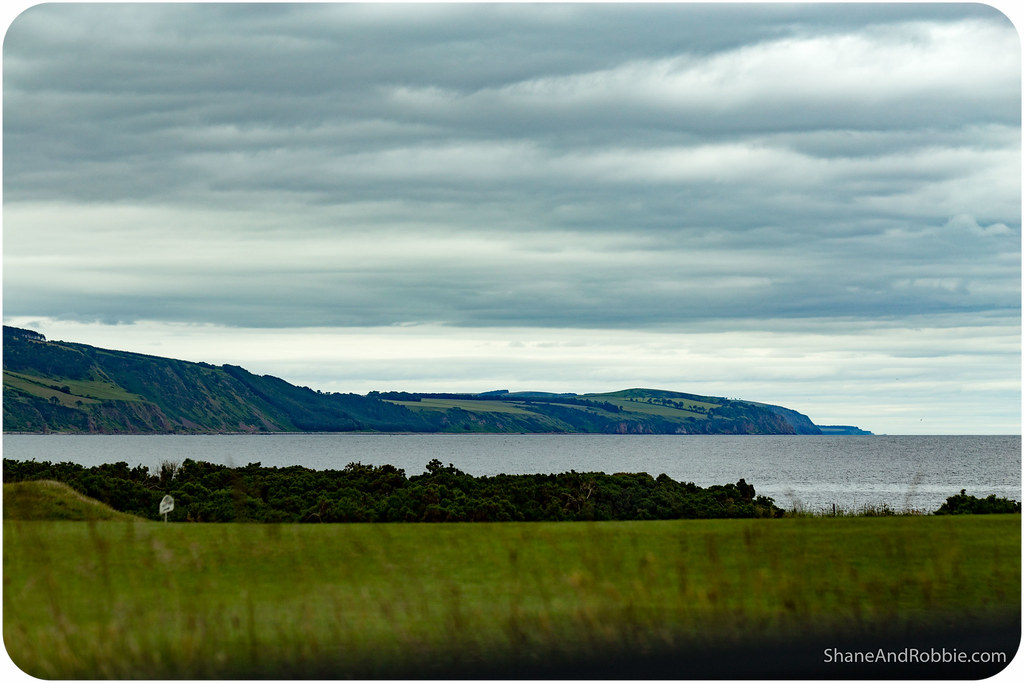 North Kessock’s claim to fame is that it’s a great spot for dolphin watching. Apparently there’s a pod of bottlenose dolphins that reside in the Moray Firth that are often seen frolicking about in the sea around North Kessock. We wandered along the waterfront for a while, hoping to catch a glimpse, but to no avail. 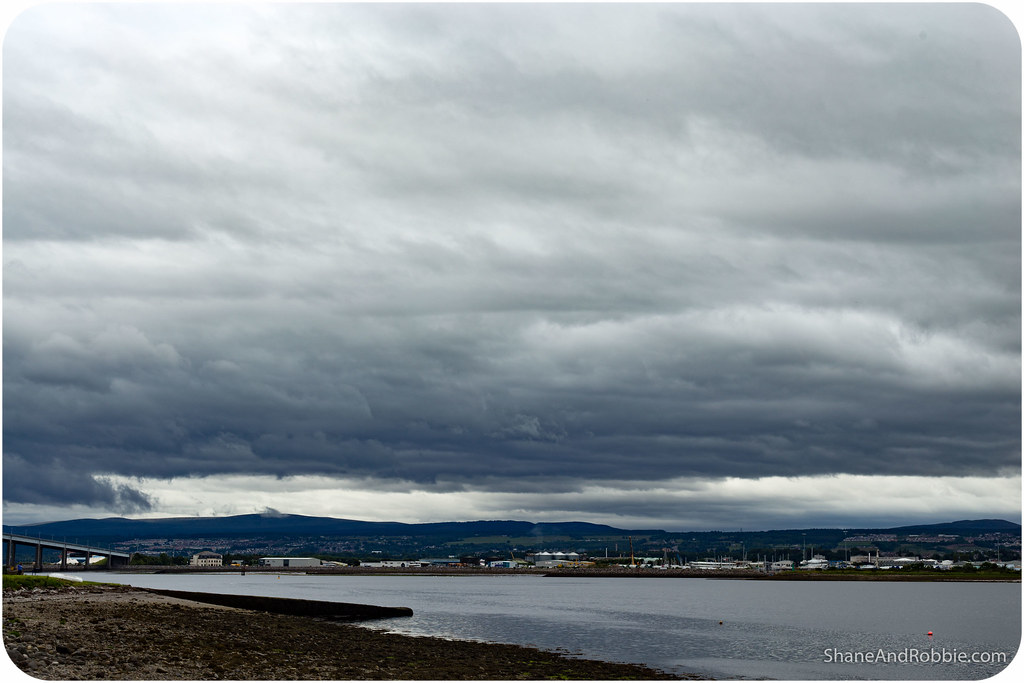 Instead we continued on, down the A9 to Fortrose. This small village is best known for its ruined 13th century cathedral, which we stopped to visit. 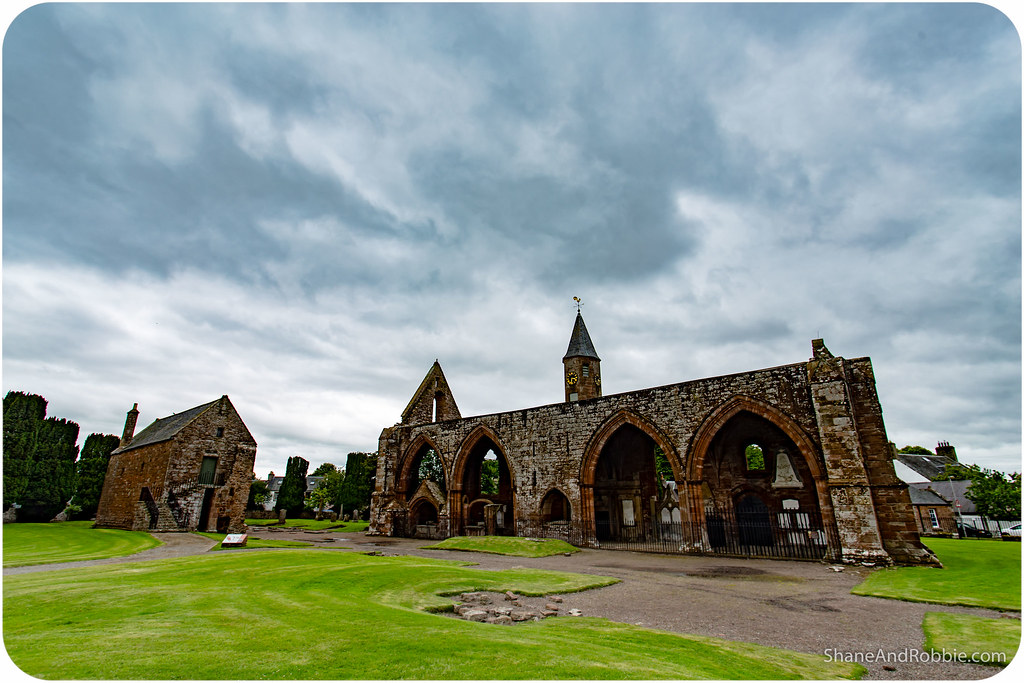 The cathedral was largely demolished in the mid-17th century by Oliver Cromwell and the Reformationists to provide building materials for a citadel at Inverness. The cathedral was constructed from locally quarried red sandstone which reflects the sunlight (what little of it there was today!) beautifully. 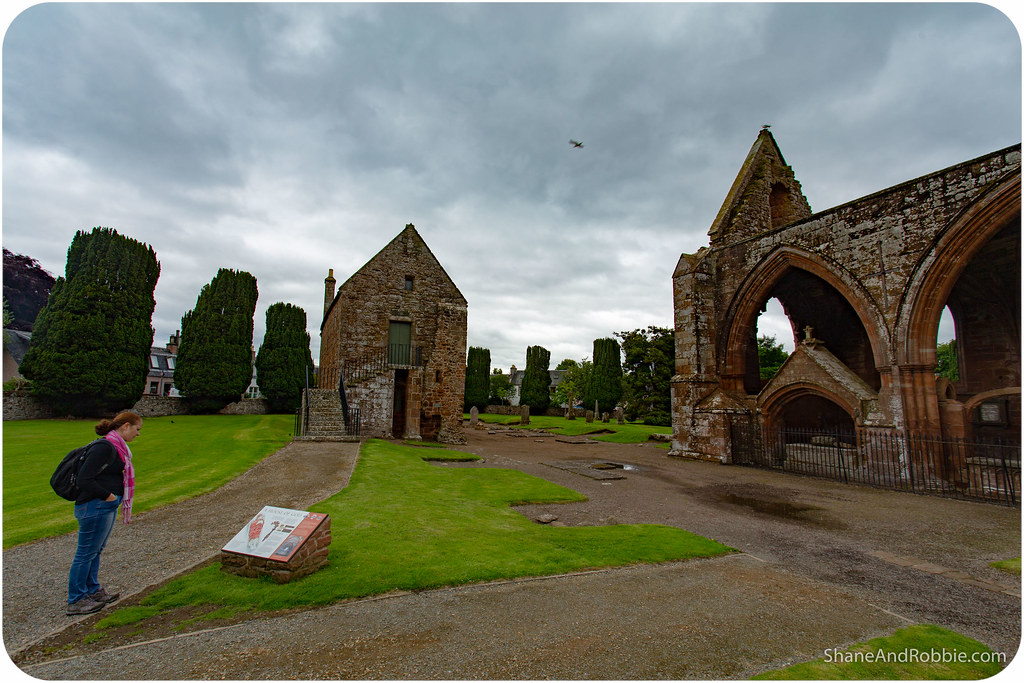 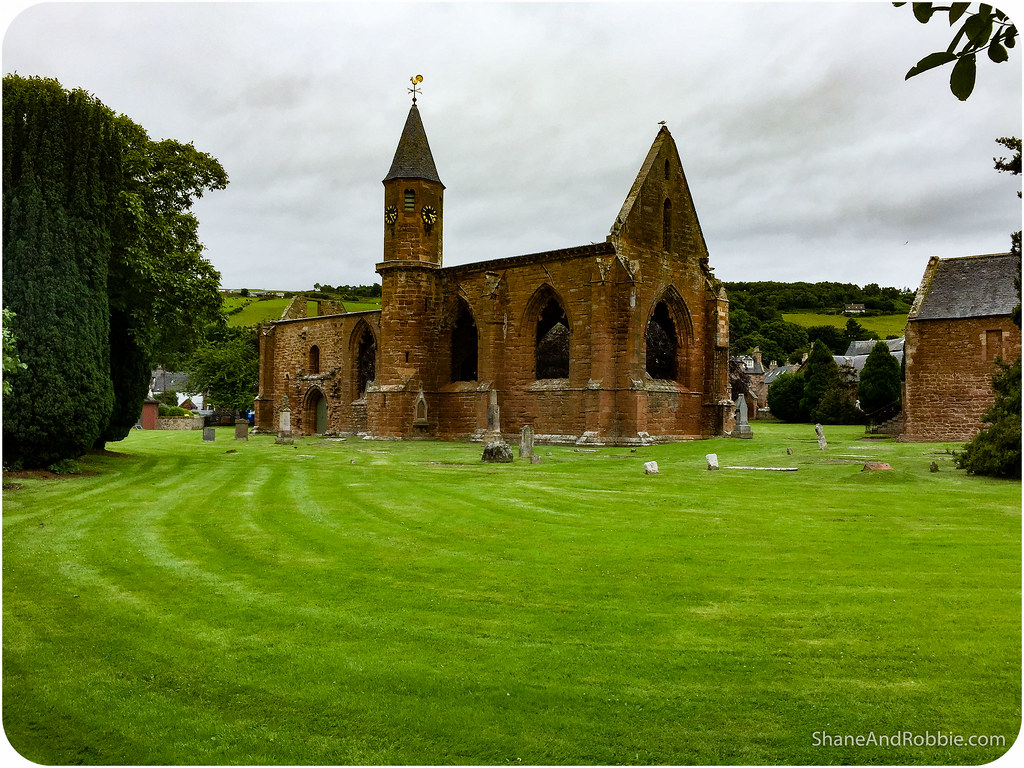 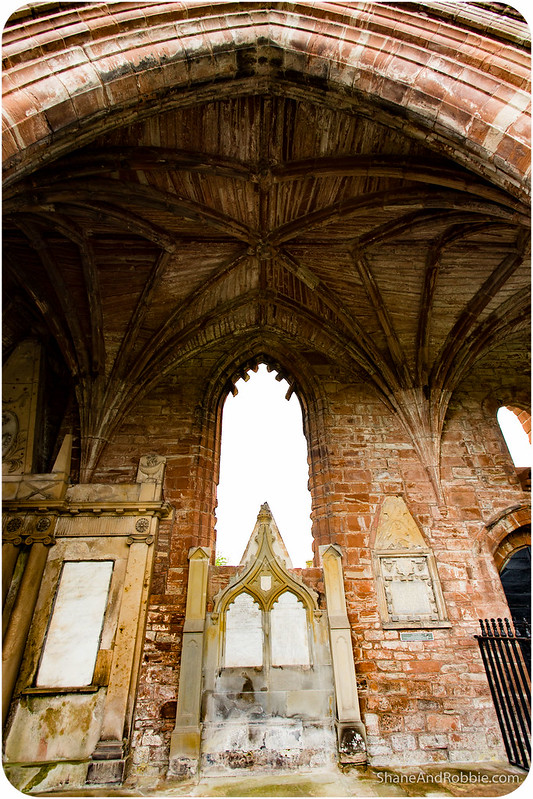 Fortrose’s other key landmark is its 19th century lighthouse, situated right at the end of a narrow point. From the end of the point we enjoyed great views out into Moray Firth. 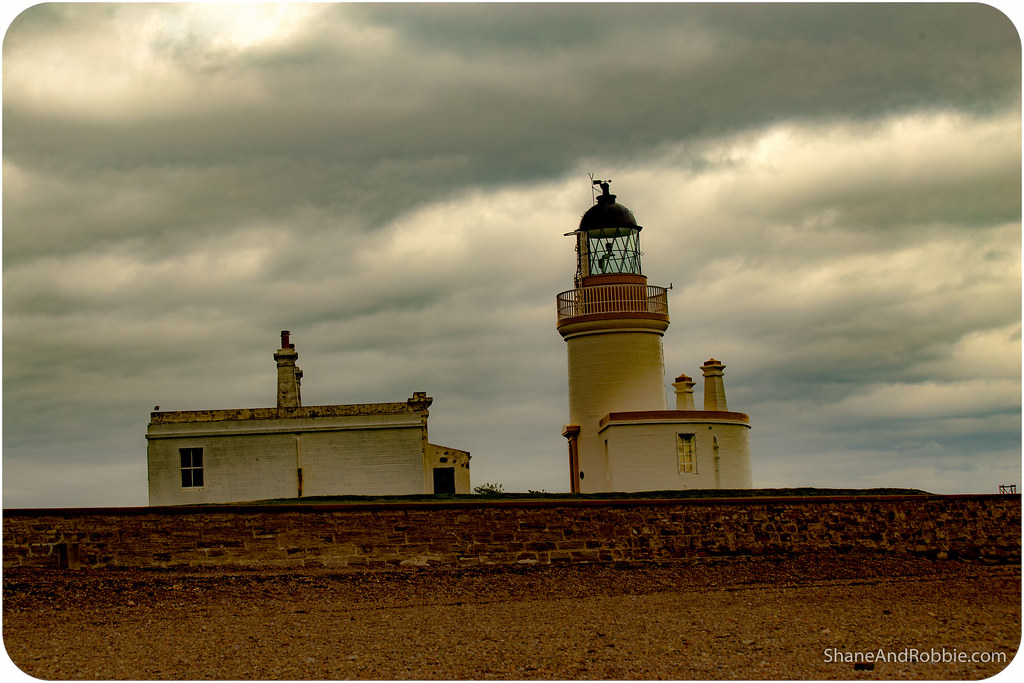 Not far from Fortrose is the village of Rosemarkie, best known for its collection of finely carved Pictish stones. These 8th century sculptures, found in and around the churchyard, are on display in the town’s tiny museum. We stopped in for a quick visit, to read a bit about the Picts. What we discovered is that very little is actually known about the pre-Celtic civilisation of the Picts, though it seems apparent that elements of Pictish art (especially their geometric design patterns) were incorporated by the Celts into their own art when they arrived in Britain and Ireland. 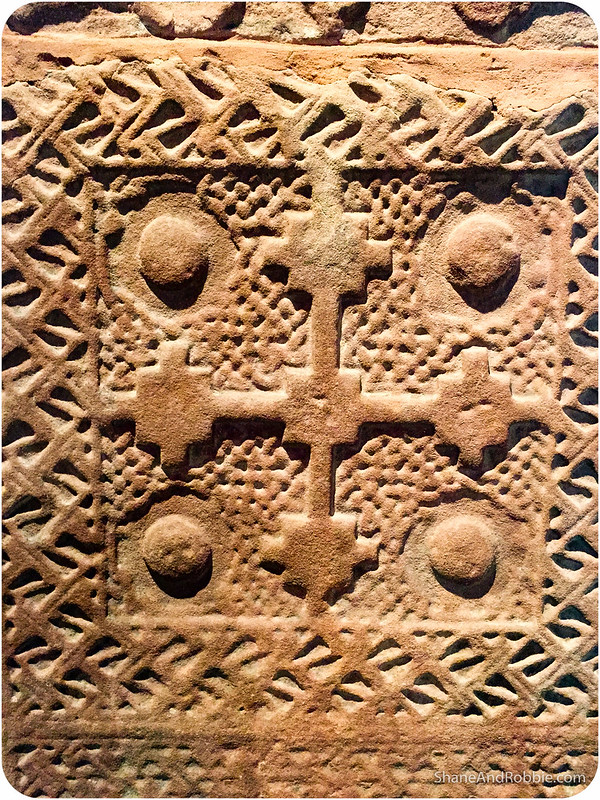 At the very tip of the Black Isle peninsula we found the port town of Cromarty. This lovely village (population ~700) is built on a small protrusion of land at the neck of the Cromarty Firth and was once a busy port for herring trawlers. Today the view from the town’s main beach is dominated by the oil and gas rigs that are dotted throughout this northern part of Scotland. The discovery of gas and oil reserves off the Scottish coast in the 1970s contributed much to the economy of this region and saved many towns from dying out when whaling went out of fashion and the herring market collapsed. The rigs are pretty ugly but are certainly impressive in scale. 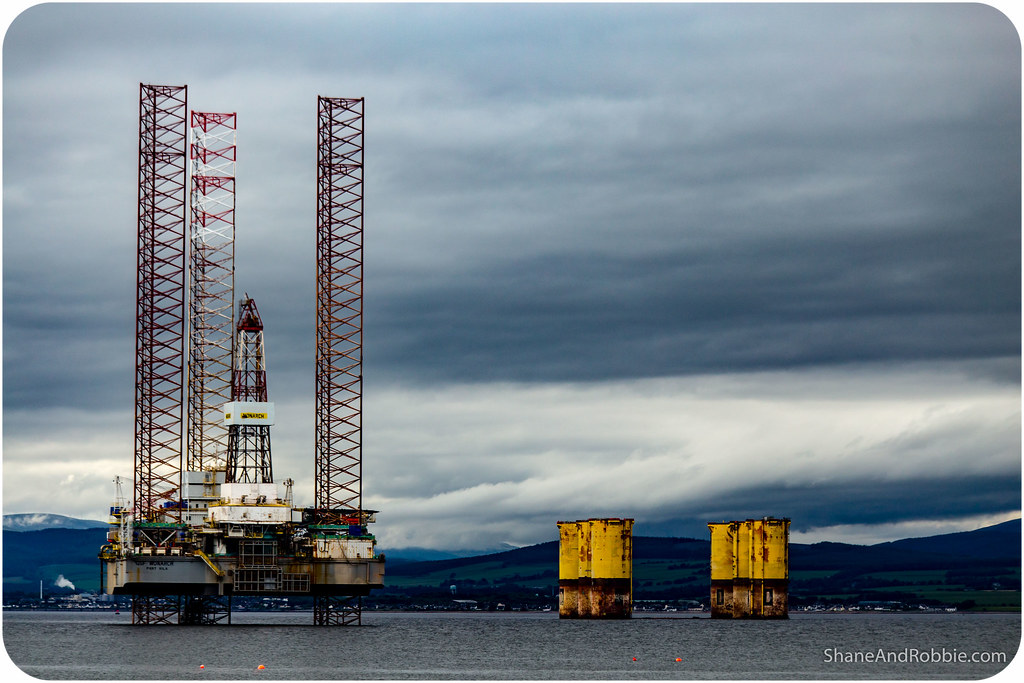 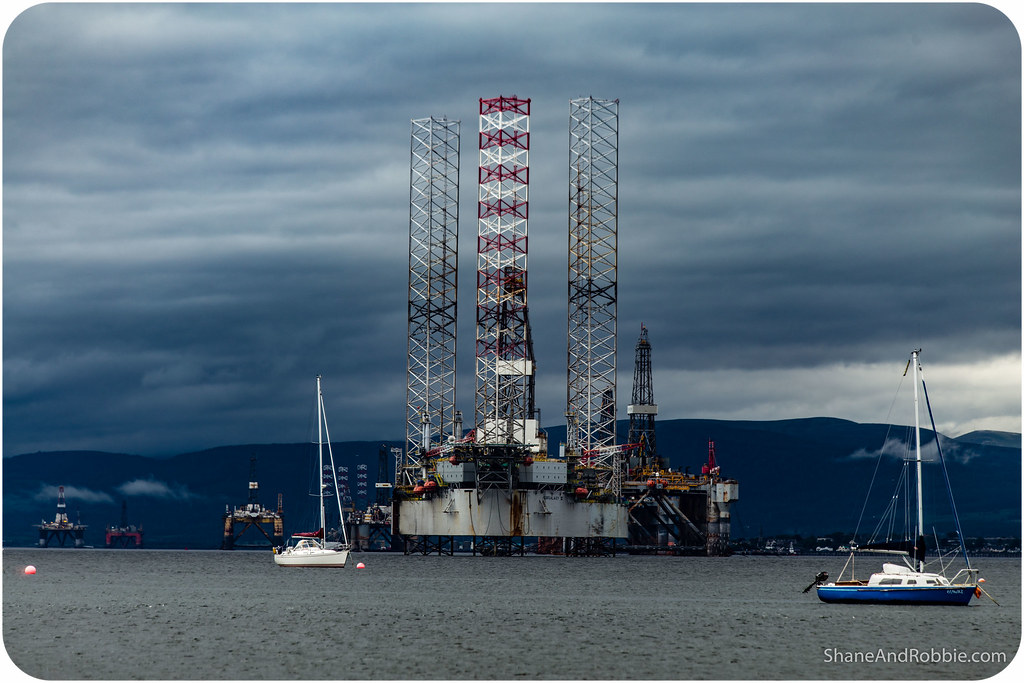 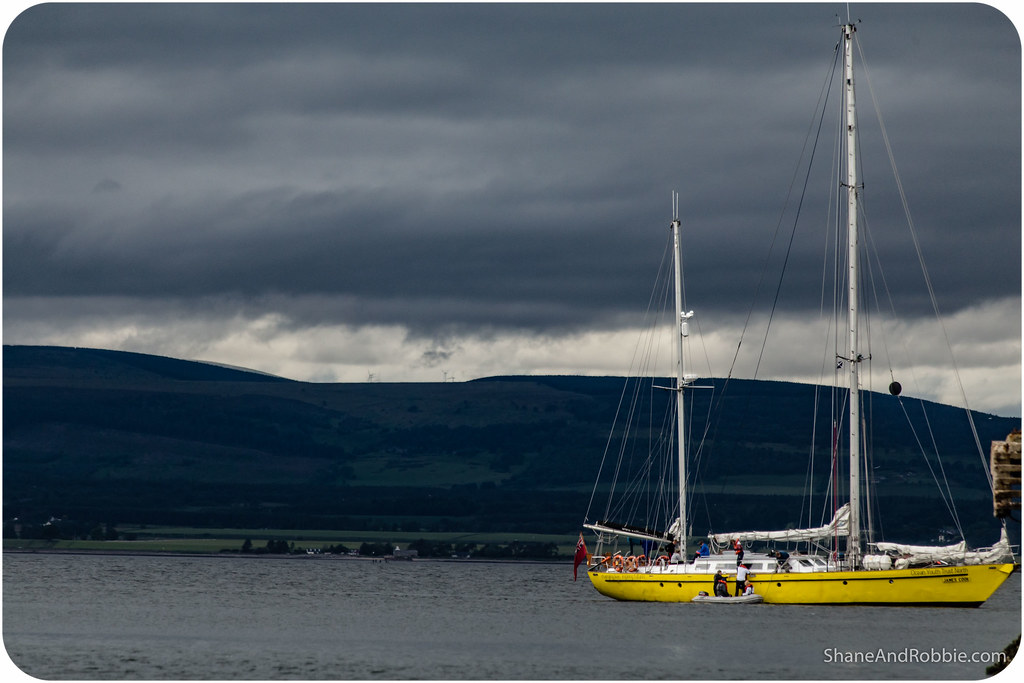 We spent a while in Cromarty, wandering along the beach, chatting to a couple of the locals who were out walking their dogs along the waterfront. By the time we’d finished our stroll it was almost dinner time so we found a place that did locally caught fish and chips and enjoyed our evening meal by the ocean. 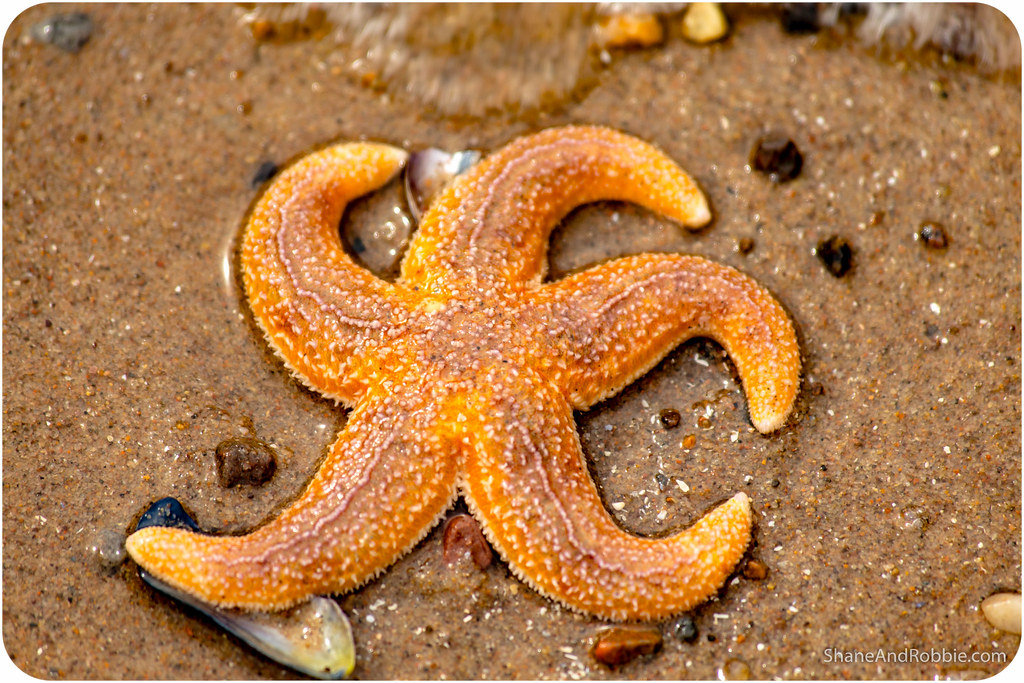 Our accommodation tonight is here on the Black Isle, in a small B&B run by a lady that also breeds Highland Cows. Her croft (i.e. small farm) is out in the middle of the countryside with no neighbours around – it is sooooo quiet here! The nosiest “neighbours” we have are the cows and the working dog she keeps to help her on the farm. The joy of having a car for this week is we can stay in places like this, a little further afield. It’ll be so cool waking up here in the countryside tomorrow! For now though all the fresh ocean air and pretty scenery has left us exhausted and we’re off to bed. Farewell ‘til tomorrow blog fans! 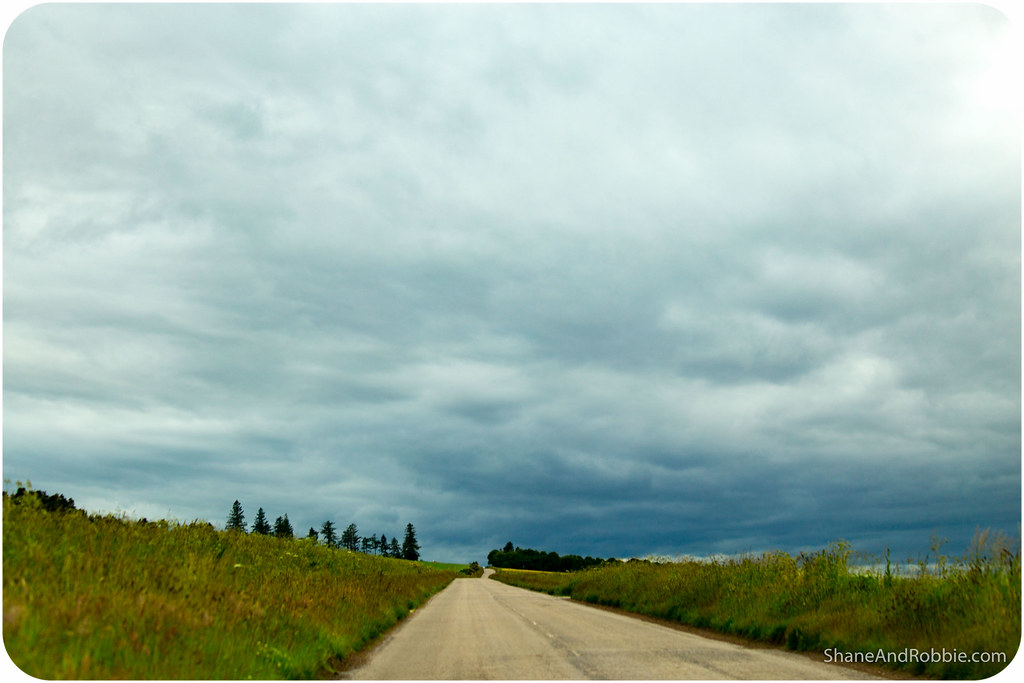