OUR DAY TRIP TO LEIDEN

Just half an hour by train to the South of Amsterdam is the Netherlands’ oldest university town: Leiden. This beautiful city of 120,000 people has a few claims to fame: Rembrandt was born here, Einstein taught at Leiden University for a brief period, and the University is the Alma Mater of René Descartes. The town centre is an easy-to-explore pattern of canals and narrow lanes, mostly laid down during the 16th and 17th centuries when, like many Dutch towns, the city flourished. We spent a great day wandering the streets of Leiden, enjoying its beauty and losing ourselves in its streets. 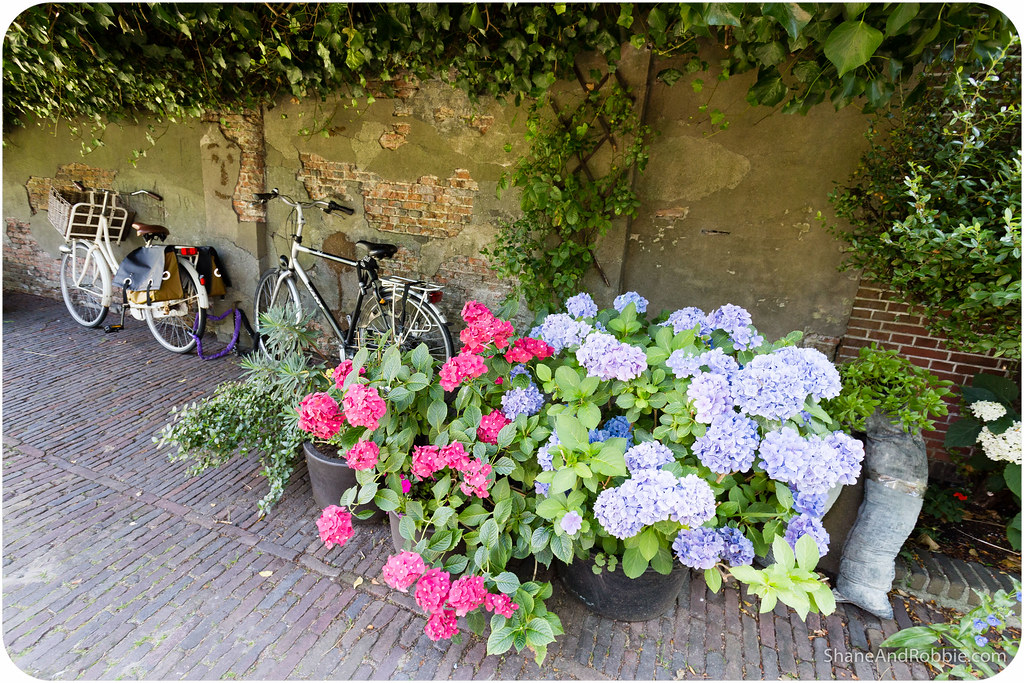 Leiden’s history can be traced back to Roman times when it became an important trading centre. For many centuries it remained a sleepy provincial town, however, until the Dutch Golden Age (16th and 17th centuries) when the city flourished. During this time the town gained fame as a centre for weaving and Leiden cloth became a sought after commodity throughout Europe. 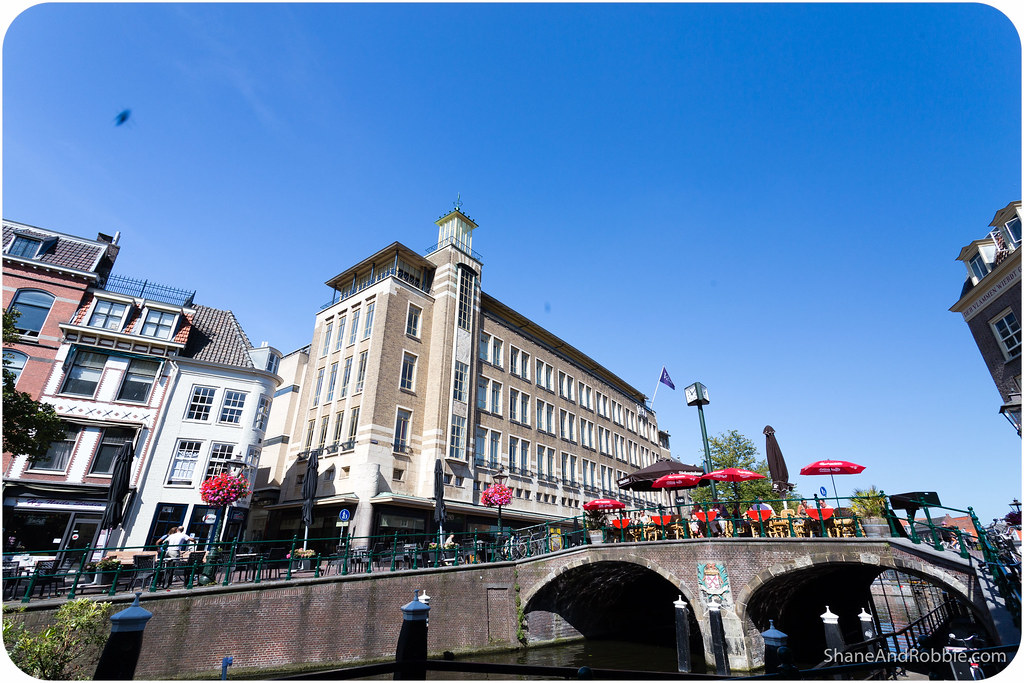 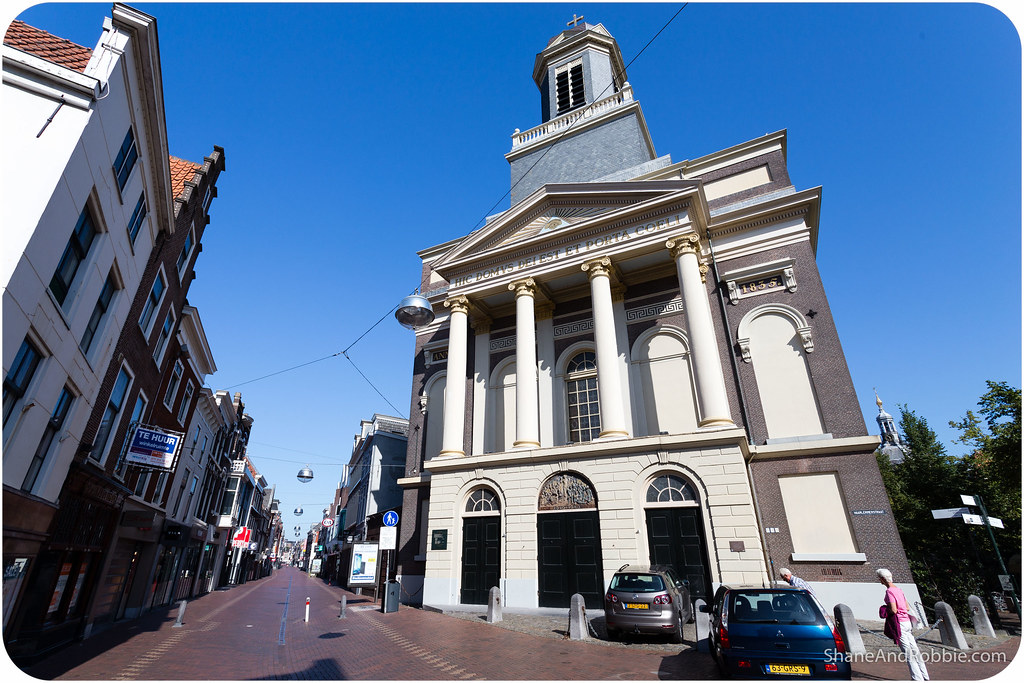 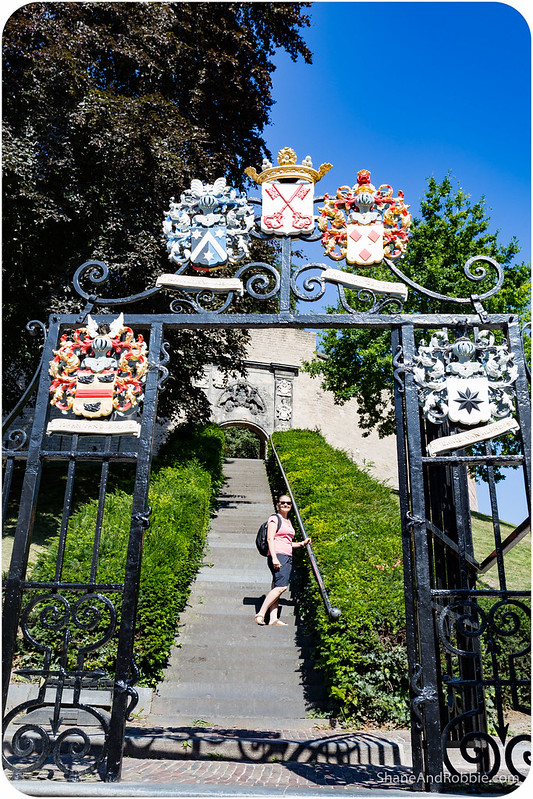 In the same period, Leiden developed an important printing and publishing industry. One of its best known sons was Lodewijk Elzevir who established a large bookshop and printing works in the town during the early 1600s. His publishing business specialised in scientific and medical works and continues in this vein to this day (though spelt a little differently): Elsevier. 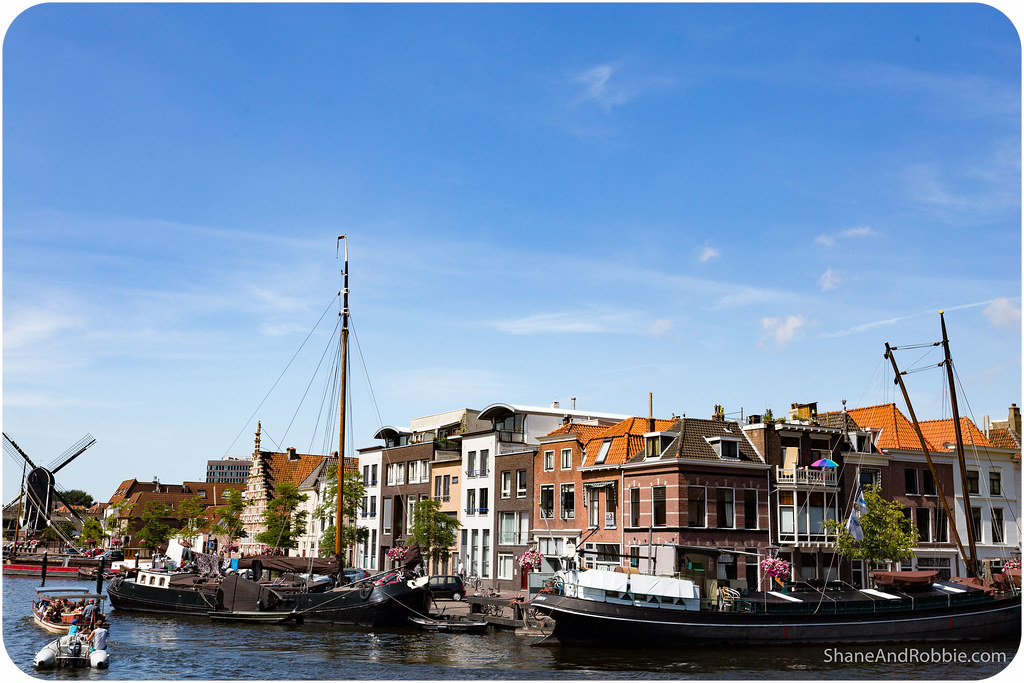 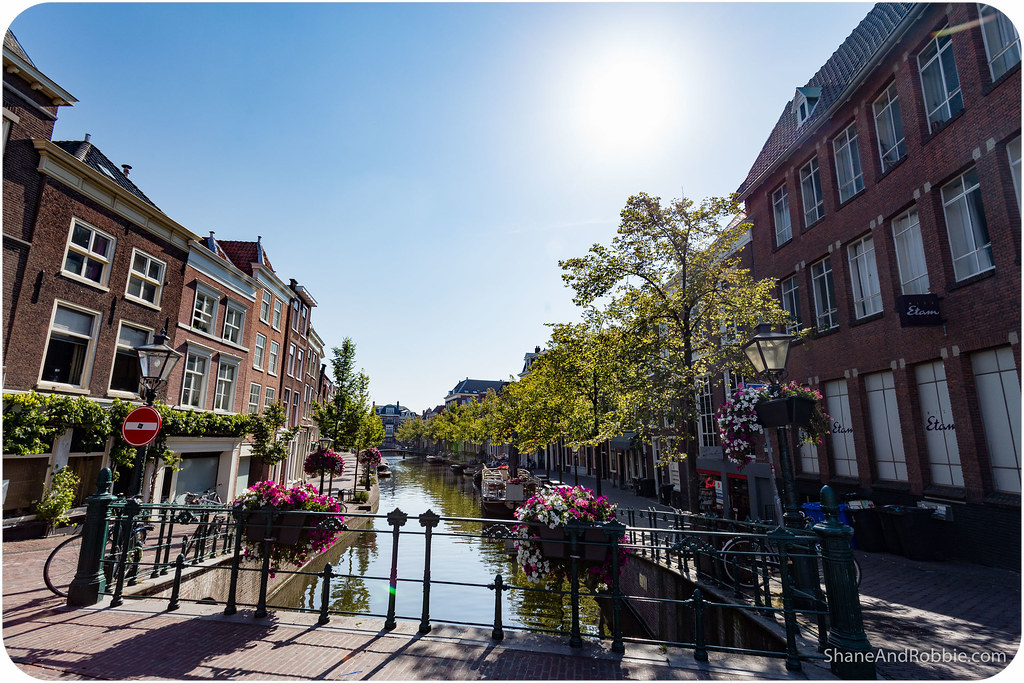 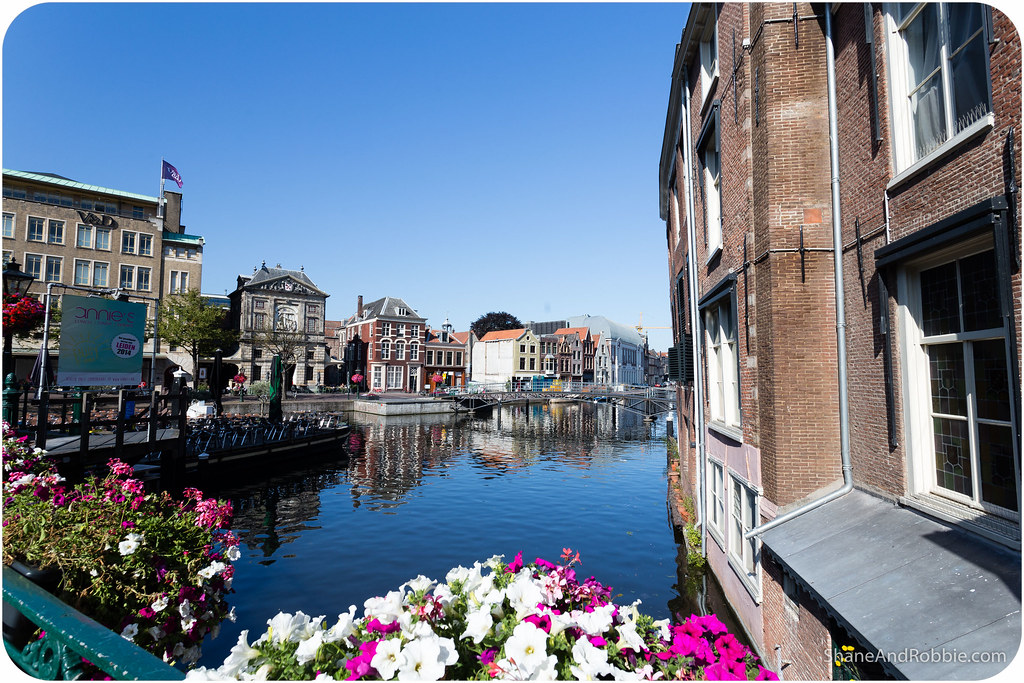 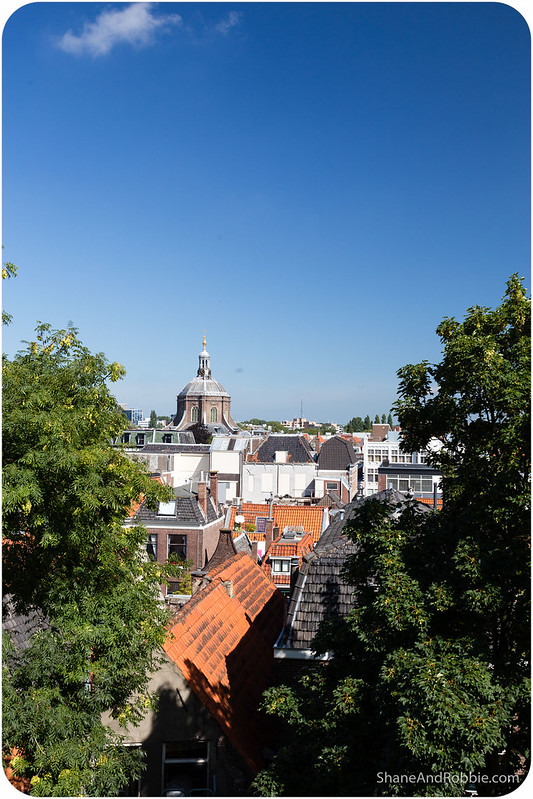 With the university attracting the intellectual elite and wealth from the linen and printing industries buttressed Leiden’s growing prosperity, the town grew and many grand townhouses and beautiful churches were built, including Pieterskerk (The Church of St Peter – the patron saint of the city), which we got to see today, though just from the outside as Sunday mass was being held whilst we there. 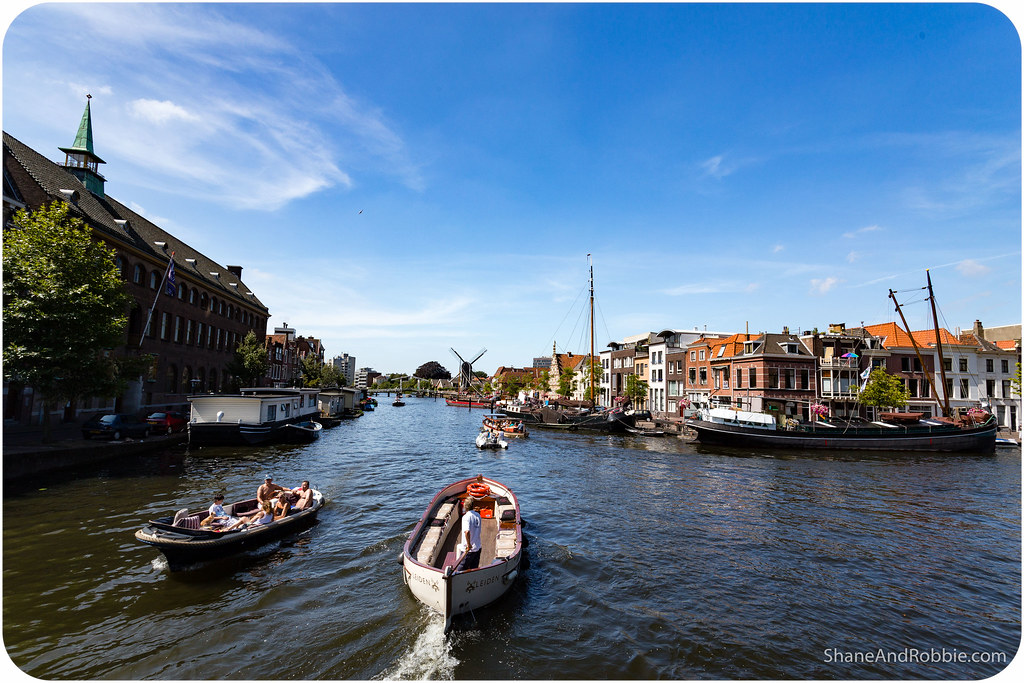 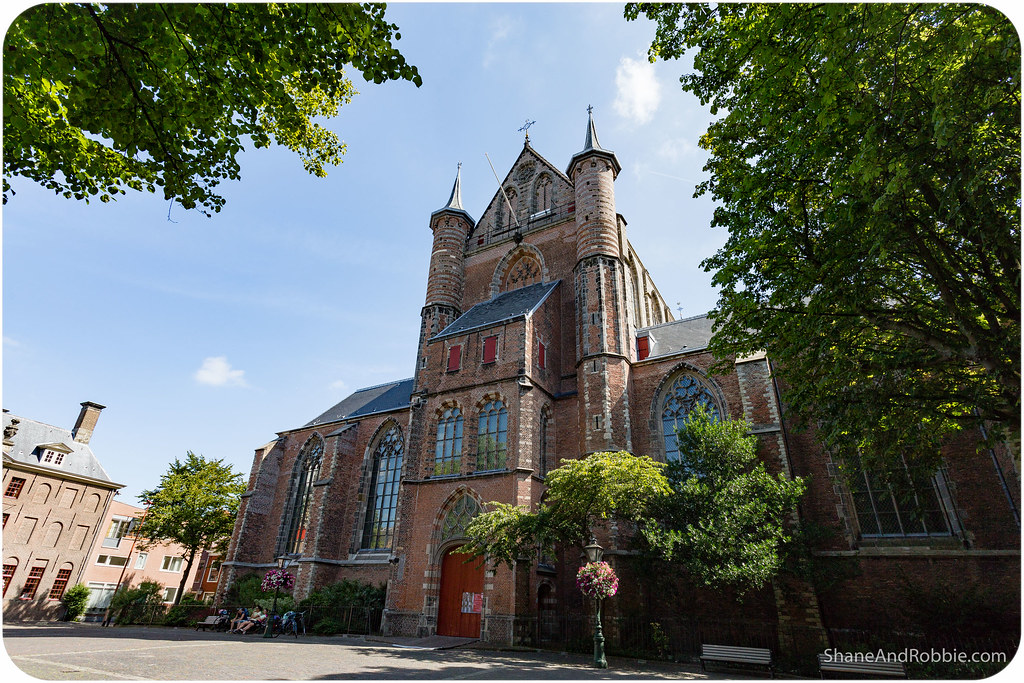 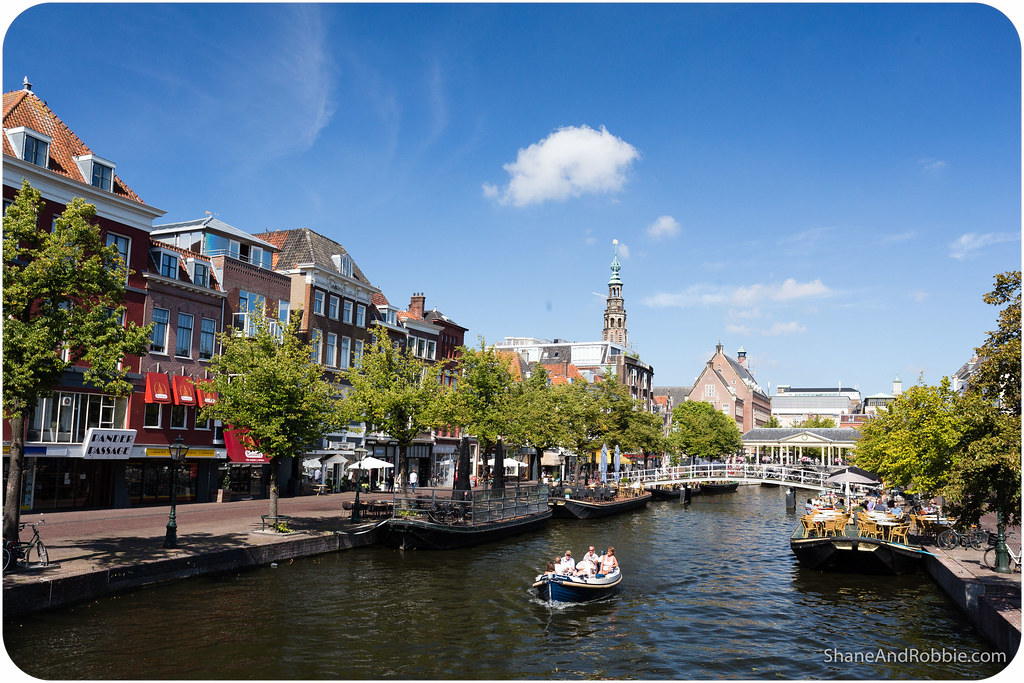 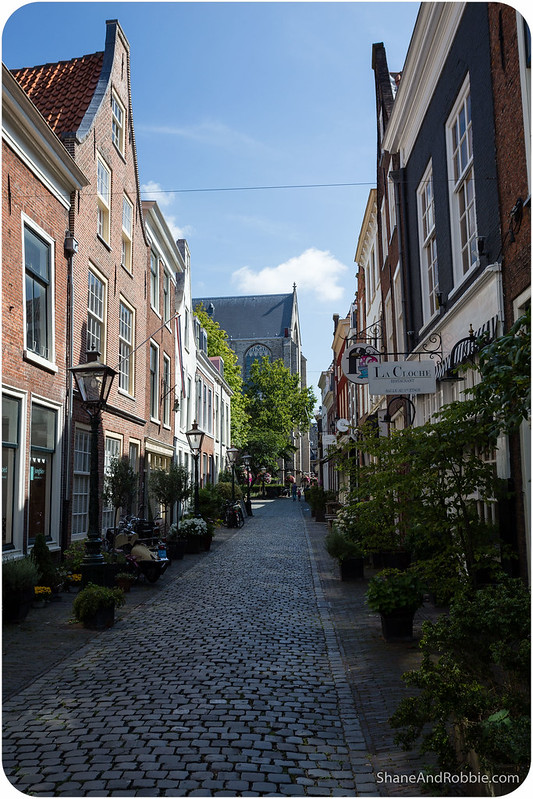 We also stopped by to see town’s largest church, the Hooglandse Kerk, which was dedicated to St Pancras and dates back to 1377. 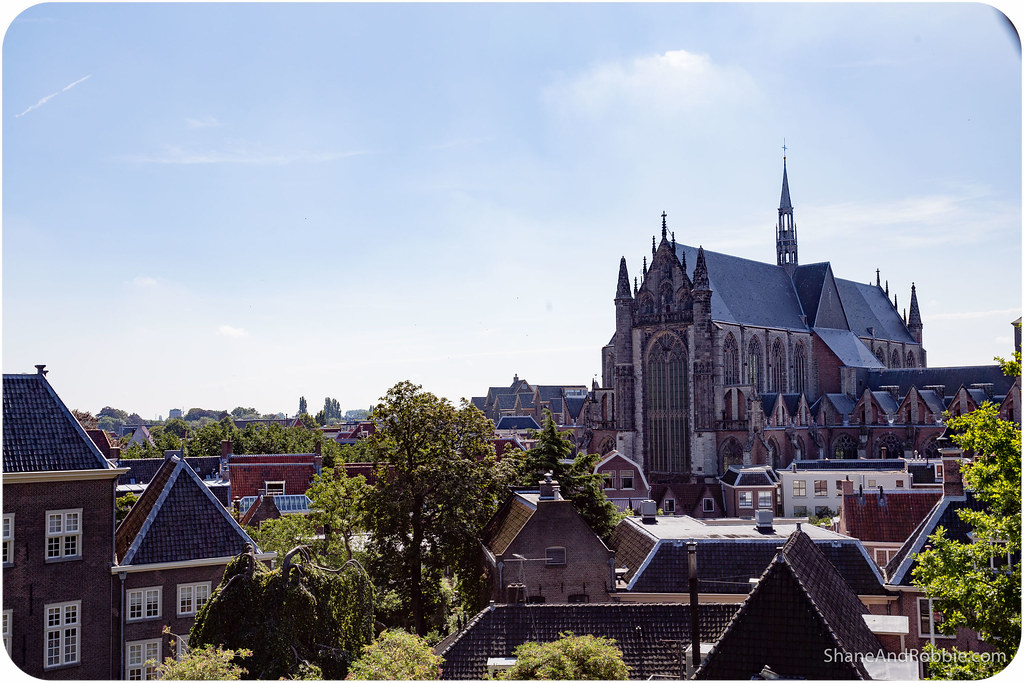 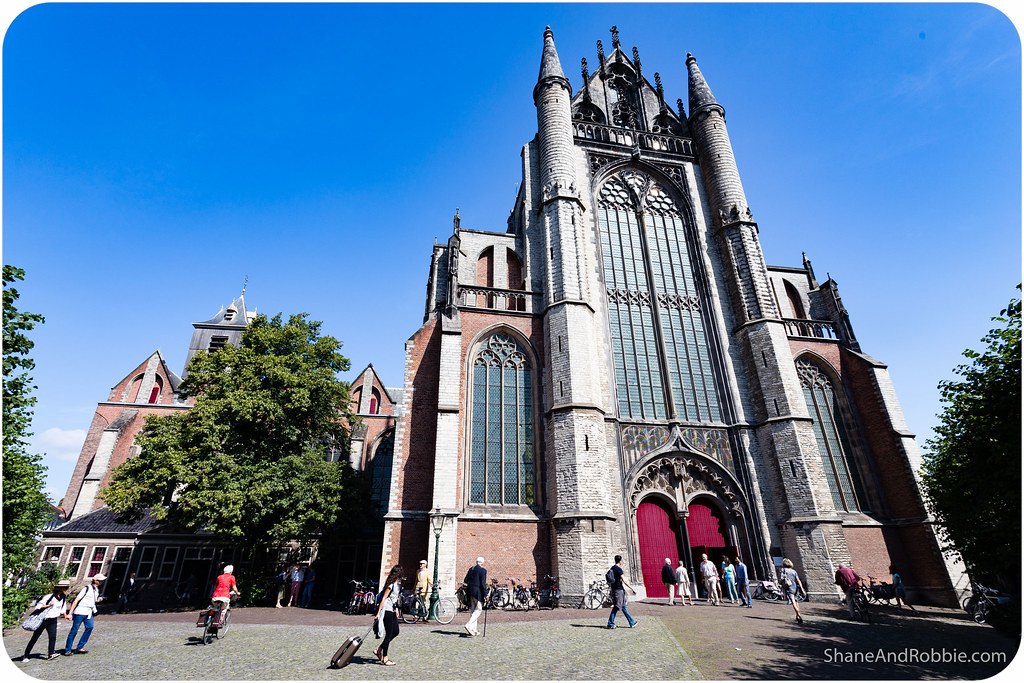 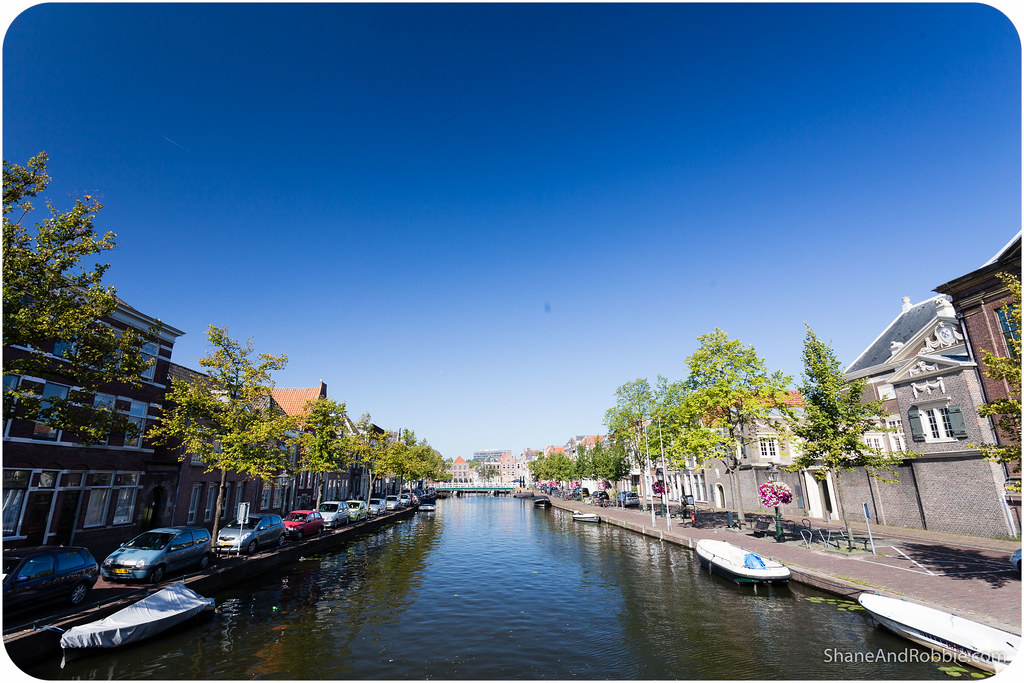 There are many lovely old buildings in Leiden, mainly due to the economic decline the town experienced from the 18th to the early 20th century. In fact, it is reportedly the second largest 17th-century town centre in the Netherlands, the largest being Amsterdam’s town centre. One of these grand buildings is the Stadhuis, or town hall, dating from 1597. 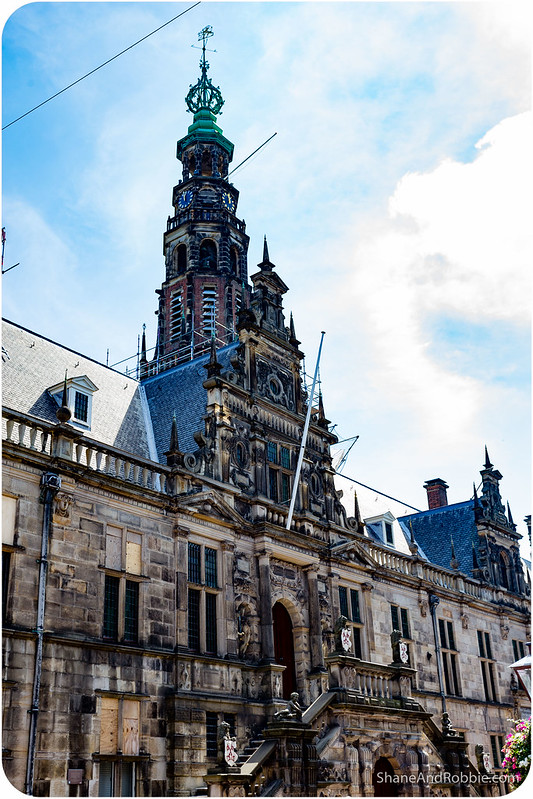 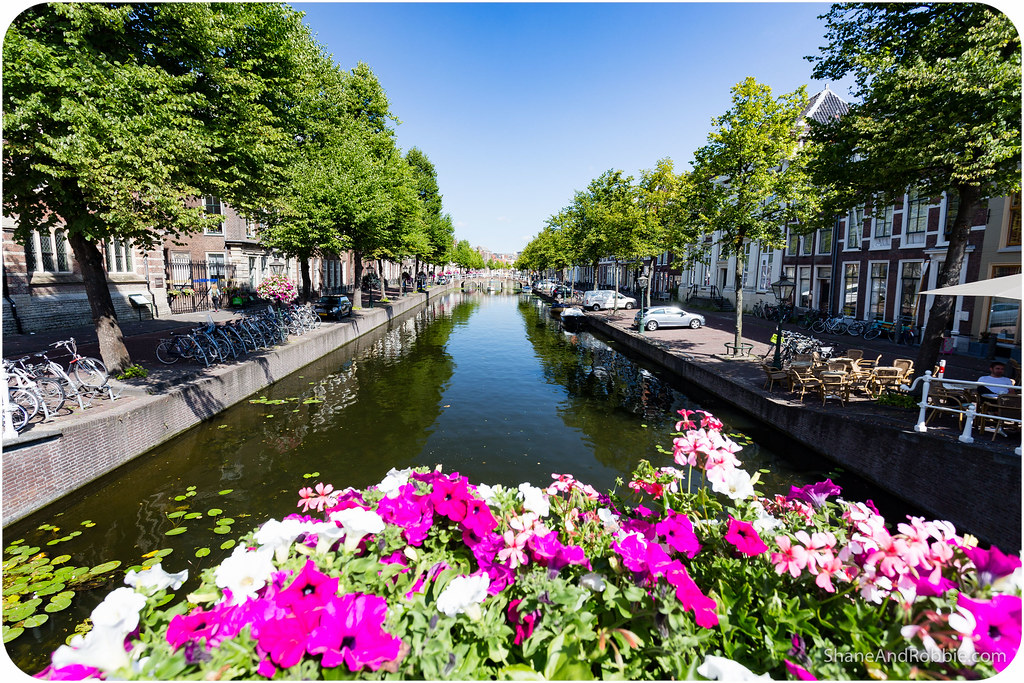 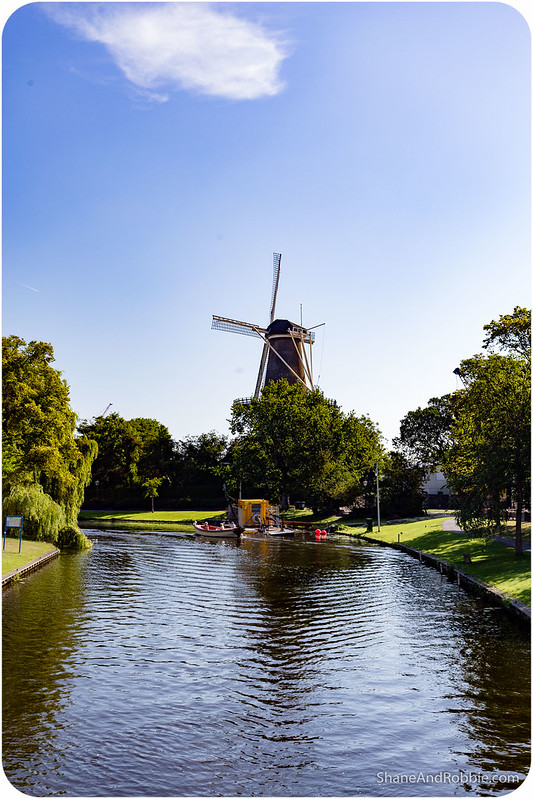 To guide us around Leiden’s town centre we printed off a guide that detailed a walking route that took us past 2 dozen different murals of poetry from around the world. These poems were painted onto the walls of Leiden’s buildings as part of a city beautification project run during the 1990s. It’s a cute gimmick and gave us a great excuse to go strolling down laneways and across lovely little bridges decorated with flowers. 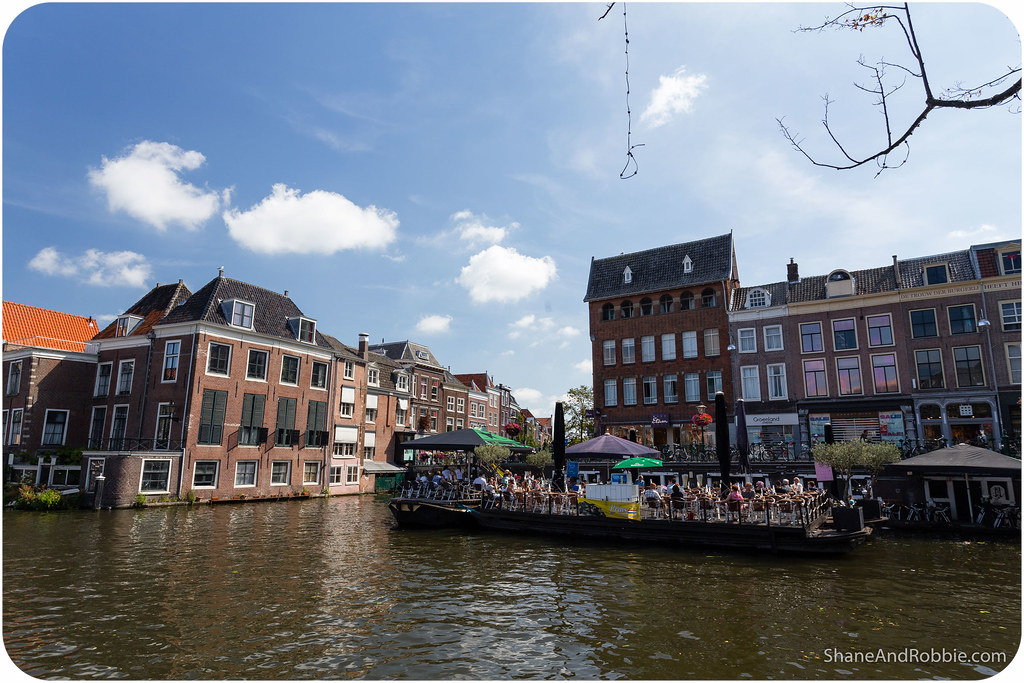 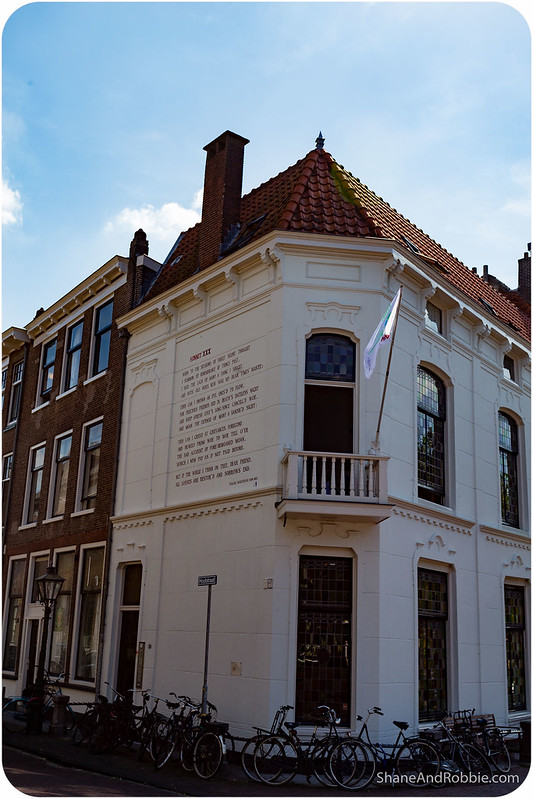 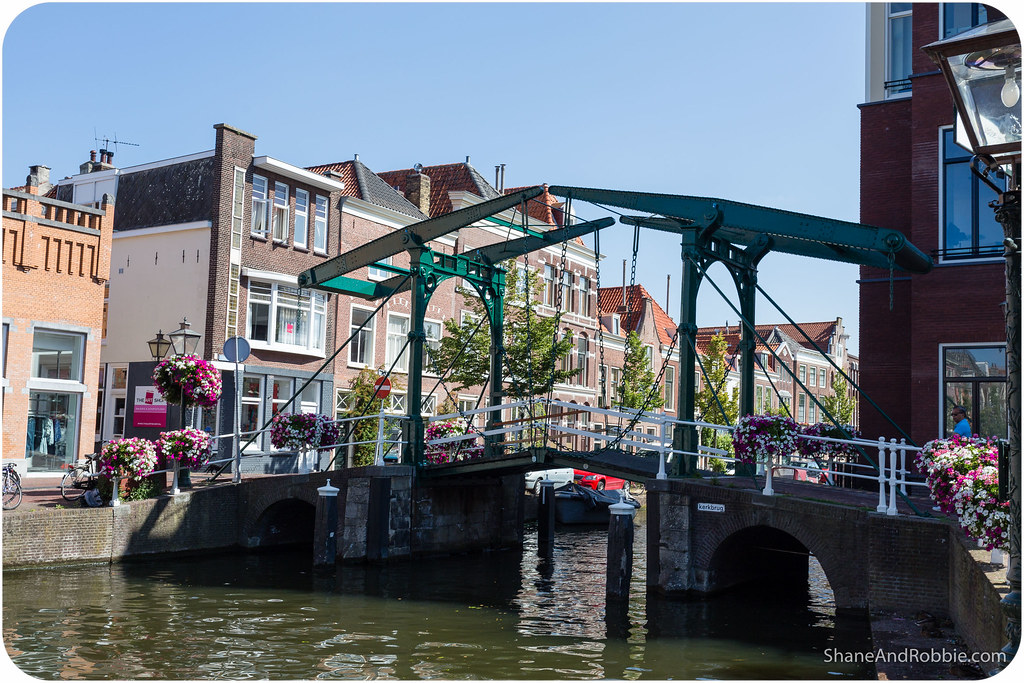 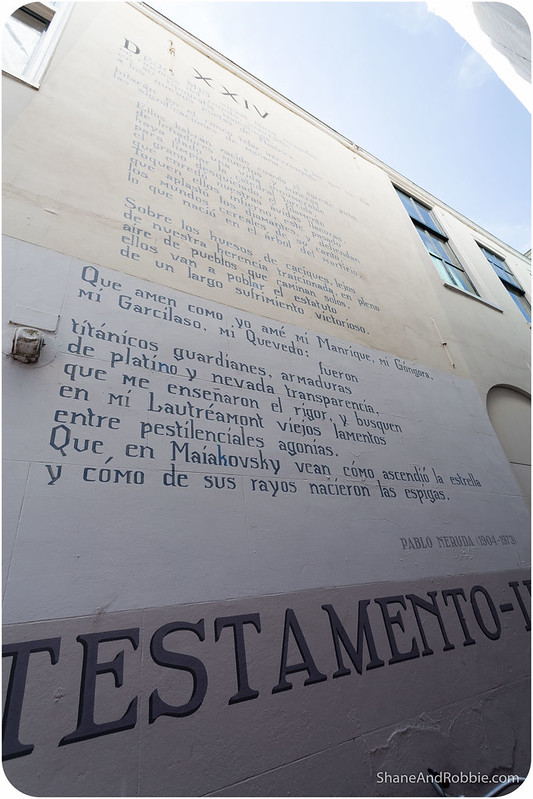 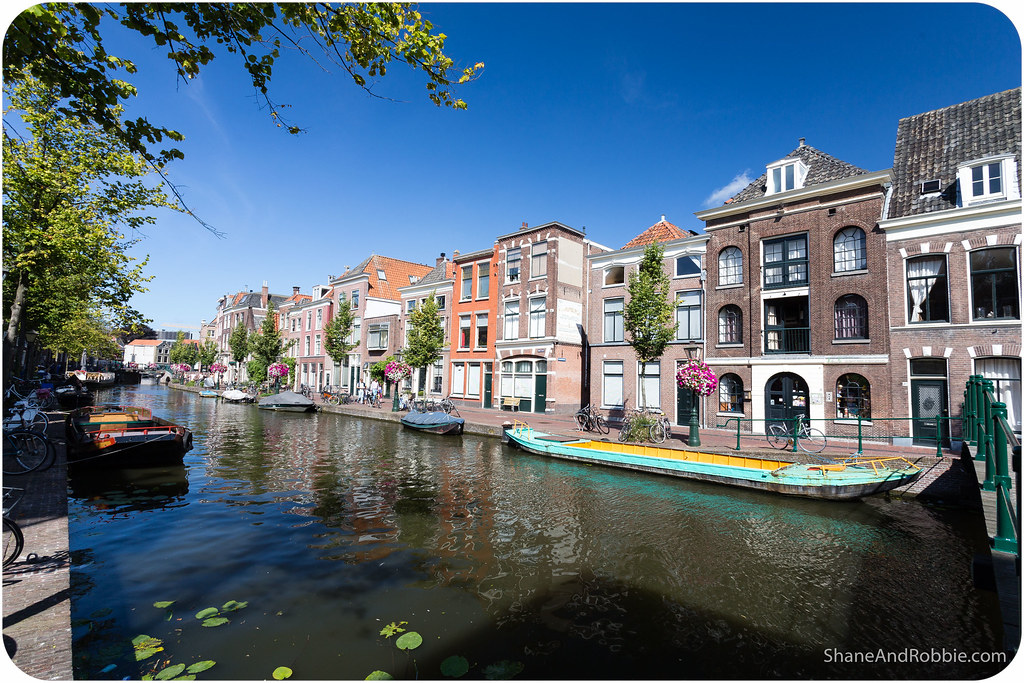 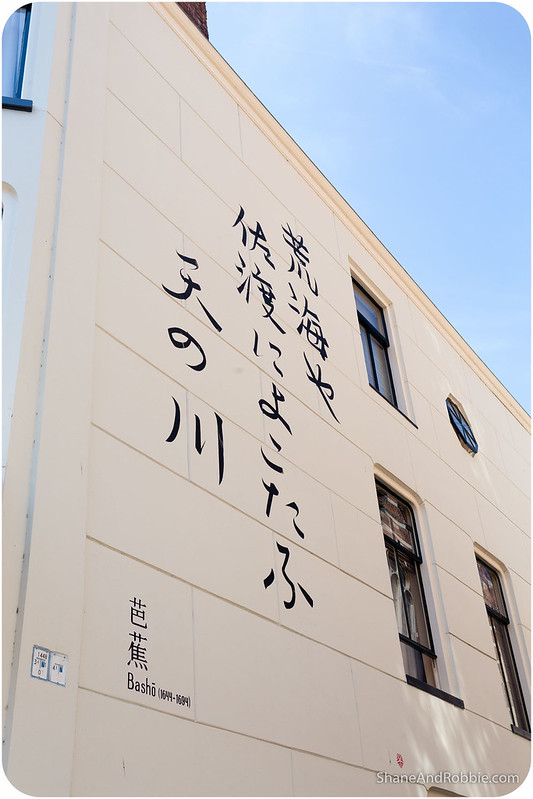 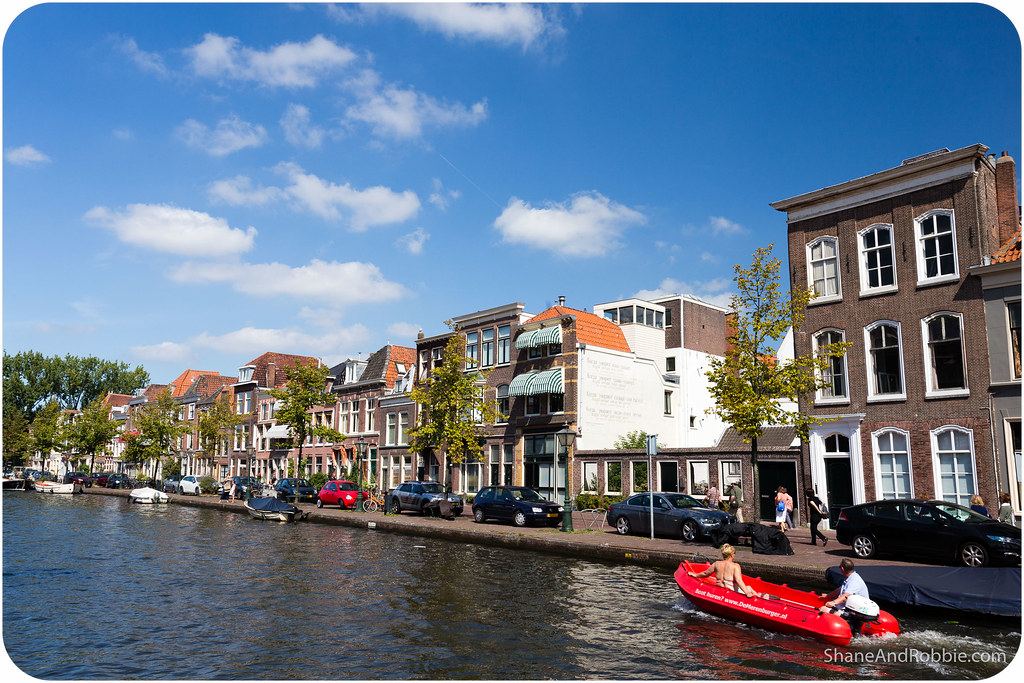 Many of Leiden’s grandest buildings are university buildings. Leiden University was founded in 1575 and during the scholastic year more than 20,000 students reside in town. Being summer all the students are on holidays, making the city far quieter than it would otherwise be no doubt. Still, one of the perks of having such an old university in town is that many of its discoveries and findings have been collected and are now housed in museums. Leiden is one of the most important museum cities in the Netherlands, with some of the best ones we found today being Rijksmuseum voor Volkenkunde (National Museum of Ethnology), which has displays on the culture, social norms, and traditions of native cultures form all over the world; and the Museum Boerhaave, named after the 16th century physician and biologist Herman Boerhaave, which features an extensive exhibition of scientific equipment from 1600 onwards. 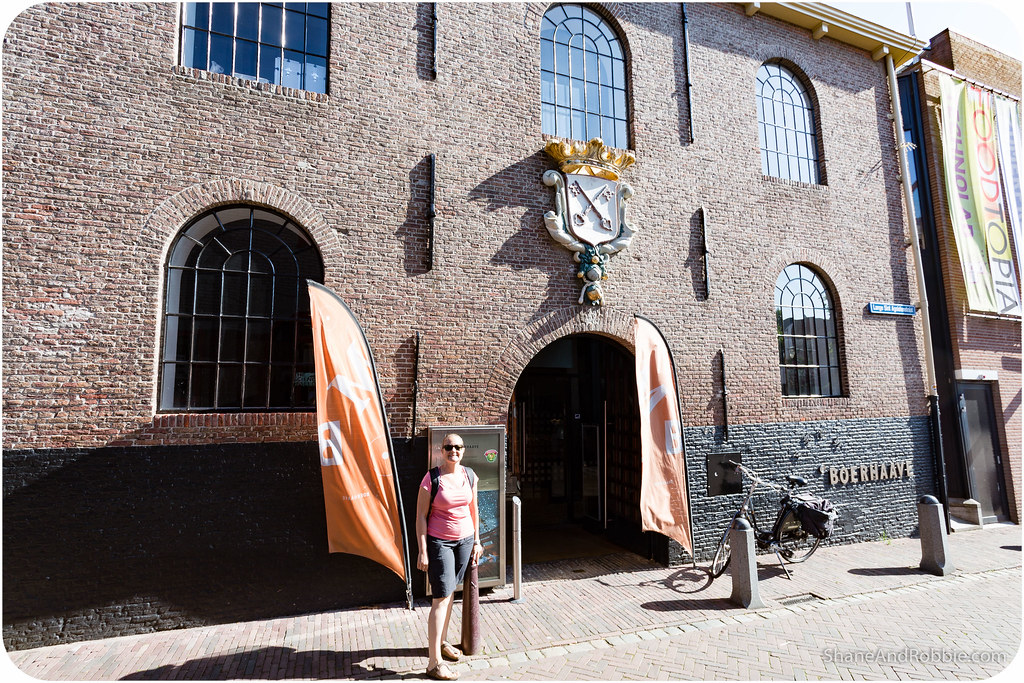 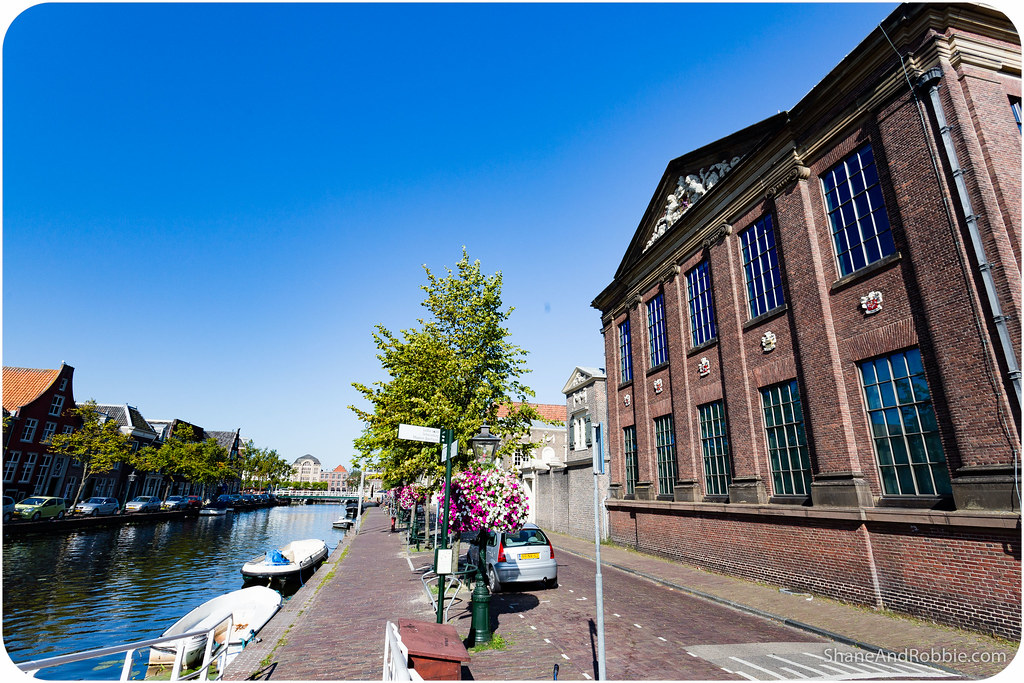 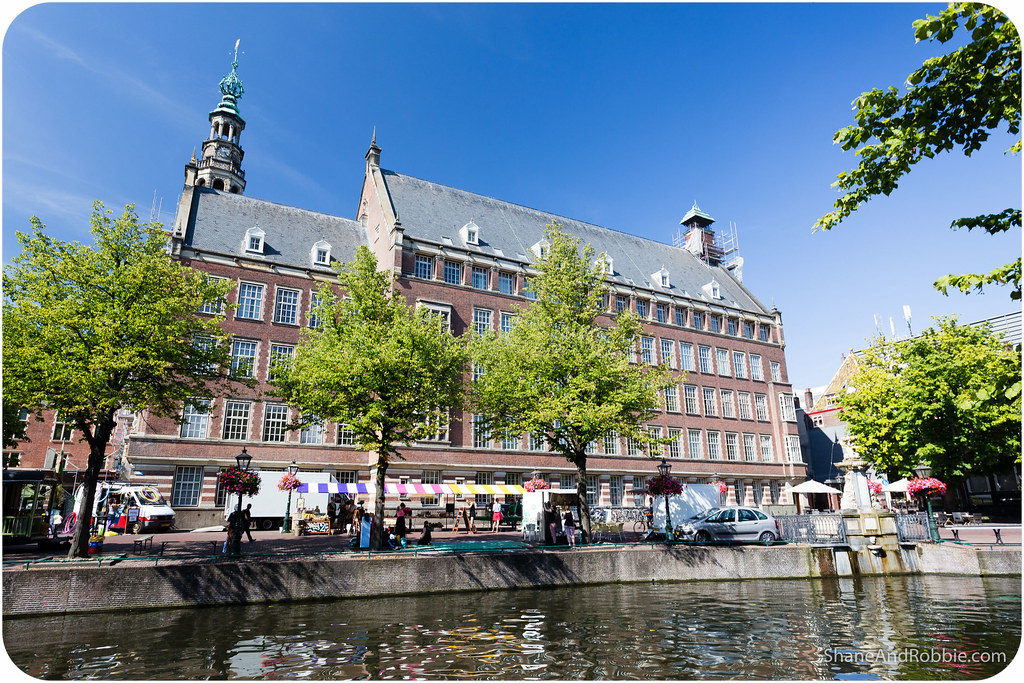 Like the other small towns and villages we’ve seen in the past few days, Leiden had a wonderful relaxed vibe to it. Even Amsterdam, for. Big city, is pretty calm (compared, for example, to London, Hong Kong, Tokyo, Beijing, Berlin, or Rome). Shane puts it down to all the pot smoked around here, but surely it can’t just be that?! Maybe it’s just the fact that it’s summer and there are more tourists than locals in town*. Whatever the reason, we’re loving the mellow Dutch vibe and are looking forward to spending our Sunday evening relaxing in a coffee shop down by the canals somewhere. Sounds good right?!

*Lots of Dutch people take August off to go on their summer holidays. All around Amsterdam we’ve seen businesses shut with notices out the front saying they’ll be back at the end of the month. It’s actually very cool to see as it shows how important summer holidays are to families here.