Dijon is best known for its mustard (which, by the way, is still produced locally); however the capital of the province of Bourguignon (i.e. Burgundy) has lots more to offer than just a condiment – as we found out today. This small town of 150,000 people escaped destruction during World War II and, as a result, has a wonderfully preserved old town with buildings of virtually every architectural style to be found lining the cobbled streets and laneways. As well as its architecture the city has a great Museum of Fine Arts and a culinary reputation that’s hard to pass up. And whilst the town itself is quite small and easily explored in a day, we’re using it as a base from which to explore some of the other picturesque villages and valleys of the Burgundy region.

We left Strasbourg under stormy skies this morning, sad to be leaving Alsace, but keen to explore more of France. The high speed TGV train we caught sped across the French countryside, travelling South-West at almost 300km/h. At those speeds you don’t really have time to enjoy much of the scenery, so all we really saw during the journey were blurred images of newly harvested fields and rolling countryside. Still, our overall impression of this corner of France is one richly fertile countryside and tiny villages. 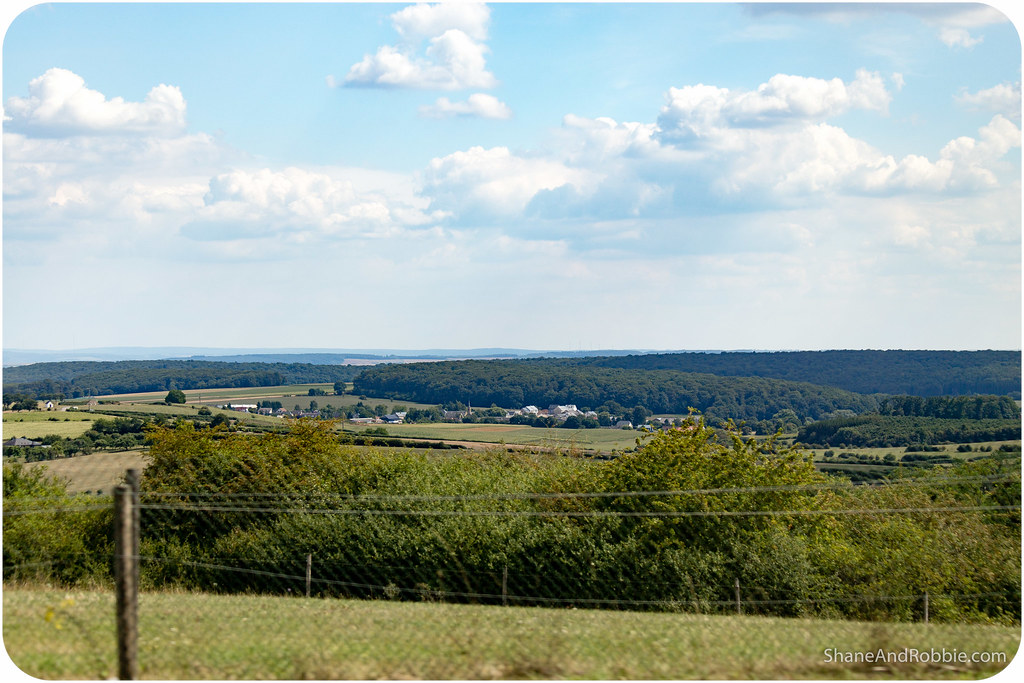 We reached Dijon around lunchtime and, after dropping our bags off, made lunch our first priority. We went to lunch straight off partially out of hunger, but also because nothing was open! The French are famous for their brilliant grasp of the concept of work/life balance and their love of good food, and nowhere is this more apparent than during lunchtime when shops, museums, and even churches close for at least 2 hours so everyone can go and enjoy a DECENT lunch. And people liiiiiiinnnnngggggerrrrrr over lunch – this ain’t no 10 minute lunch break, where you grab a quick sandwich, gulp down a coffee, and then race back to the office/shop. No, no, no! Lunch here seems to be quite a sumptuous affair for many people, with 2 or 3 courses being the norm (apparently many French people still have their main meal at lunch time). Then comes coffee, which is always just a single shot of espresso – never that milky stuff you drink for breakfast, AND ONLY FOR BREAKFAST! Then you ask for the bill, then the waiter/waitress (eventually) brings it you, then you pay, then you wait for your change, then you linger a bit more, THEN you leave. The whole process takes at least an hour and trying to rush things is pointless. We’ve had to adjust our expectations of how long lunch will take here and have just accepted that there is no point racing through lunch coz even if you do, ain’t nothing going to be open! As a result, lunch has now become our main meal of the day too, and we have had to learn the joy of un lent repas. For our 90 minute lunch break today we decided to try some of the local fare for lunch, with the boeuf bourguignon being the plate du jour. The beef stew was tender and delicious, richly flavoured by the red Burgundy wine, garlic, and onions it was stewed in. Truly delicious.

Following our leisurely meal we set out to follow Dijon’s famous tourist trail: Le Parcours de la Chouette (i.e. The Owl’s Trail). The trail is named after the town’s avian mascot: the owl. Why an owl you ask? Well, because of the tiny stone owl carved into the side of one of Dijon’s oldest churches: L’église de Notre Dame. Tradition has it that if you make a wish and rub the little stone owl with your left hand, it will come true. As a result of 700 years of fervent rubbing the little owl is barely recognisable these days, but his status as a good luck symbol remains.

Essentially the Owl’s Trail is a very clever little piece of marketing: it’s a trail that you can follow through the old part of town that takes you around to see all the town’s major sights. There are arrows etched with a cute little owl every few metres to help guide you, and a plaque identifying each major historic site. It’s such a simple thing, but made our walking tour through Dijon just a bit more fun, and helped us learn about the city as we followed the trail. 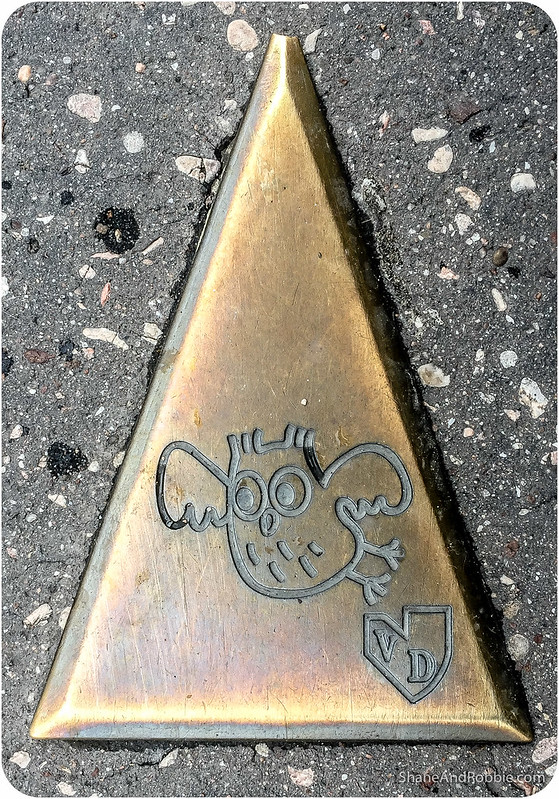 We learnt that Dijon was for some time the capital of Burgundy and home to the Dukes of Burgundy. This made Dijon an important city as Burgundy was once a great power and controlled a large part of what is now North-Eastern France, as well parts of Western Germany, Belgium, and the Netherlands. The Palais des Ducs de Bourgogne was home for the Dukes of Burgundy for many centuries. Today it houses the Town Hall and a museum, but still makes for an impressive sight.

Burgundy was a place of tremendous wealth and power and was one of the great European centres of art, learning and science during the 14th and 15th centuries. The town’s wealth is still evident in its buildings, wide boulevards, and its large central square – known since the French Revolution as Place de la Libération.

Along the Owl’s Trail we got to see a number of Medieval half-timbered houses, some so bowed that it seems a miracle they’re still standing!

We also got to see Porte Guillaume, an 18th century monument built where the town’s main entrance would have been in the Middle Ages.

There were a number of churches along the trail as well, with the 13th century Cathédrale de Saint Bénigne being one of our favourites.

The other church we really enjoyed was the “Owl Church” – L’église de Notre Dame. That one we liked because of its decorative gargoyles – there are 50 of them across the front facing of this 13th century Gothic cathedral.

After an afternoon of following the little owlish arrows we had a good sense of Dijon’s history, its assets, and its layout. To round off our day we sought out Le Musée des Beaux Arts, the city’s art museum. Located in the old Ducal Palace the gallery is one of the oldest museums in France (it opened in 1787), and specialises mainly in Medieval paintings and sculptures.

The museum was our final stop for the day; brains full and feet sore, we swung by a supermarket to grab a picnic dinner for ourselves*. And so ends another day on the road in France…

*Most supermarkets in Europe we’ve found carry a great range of prepared salads and sandwiches, most of which come with cutlery. It’s a cheap, easy way to get a simple meal and is a great if you just don’t want to eat our (believe it or not, you DO get tired of eating out all the time when you’re on a long trip like this). And after a big lunch like the one we has today, a simple salad with a bit of cheese was more than enough!