We left Chamonix this morning and have set ourselves up in Annecy for a few days, replacing epic snow-capped mountains with the beauty of Lac d’Annecy and its surrounding hills. It’s not just the surrounds that we’re here for however; Annecy le Vieux is gorgeous, with its pastel-coloured Medieval houses lining the many canals and waterways that wind through the town. A few days here will be wonderful! 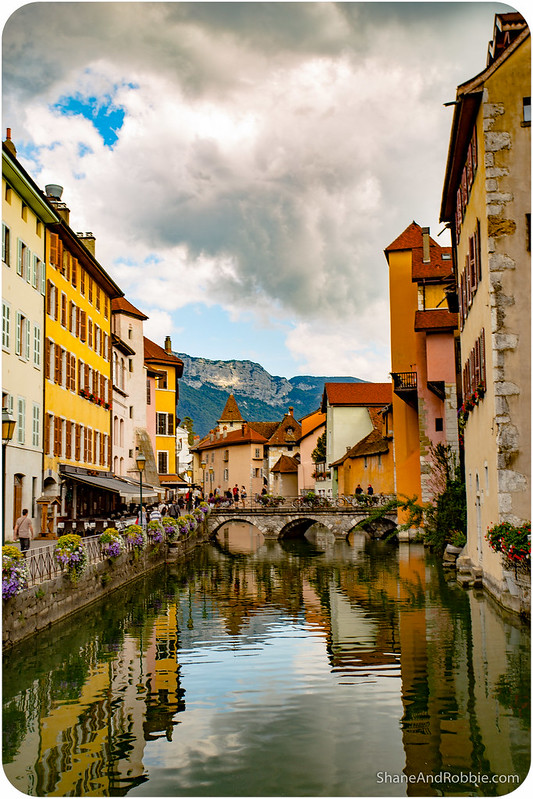 Yesterday afternoon’s clouds turned to rain in Chamonix, dropping the temperature to about 8C (a bit of a shock to the system after days of 35C in Lyon!), and obscuring our views of the mountains. Luckily the clouds had already started dissipating this morning and we got one last opportunity to soak in the magnificence of the Alps as our train pulled away from the station and made its way down the Chamonix Valley. A quick train change in Saint Gervais Les Bains and a few hours later and we had arrived in Annecy, ready to explore another of France’s beautiful little towns. 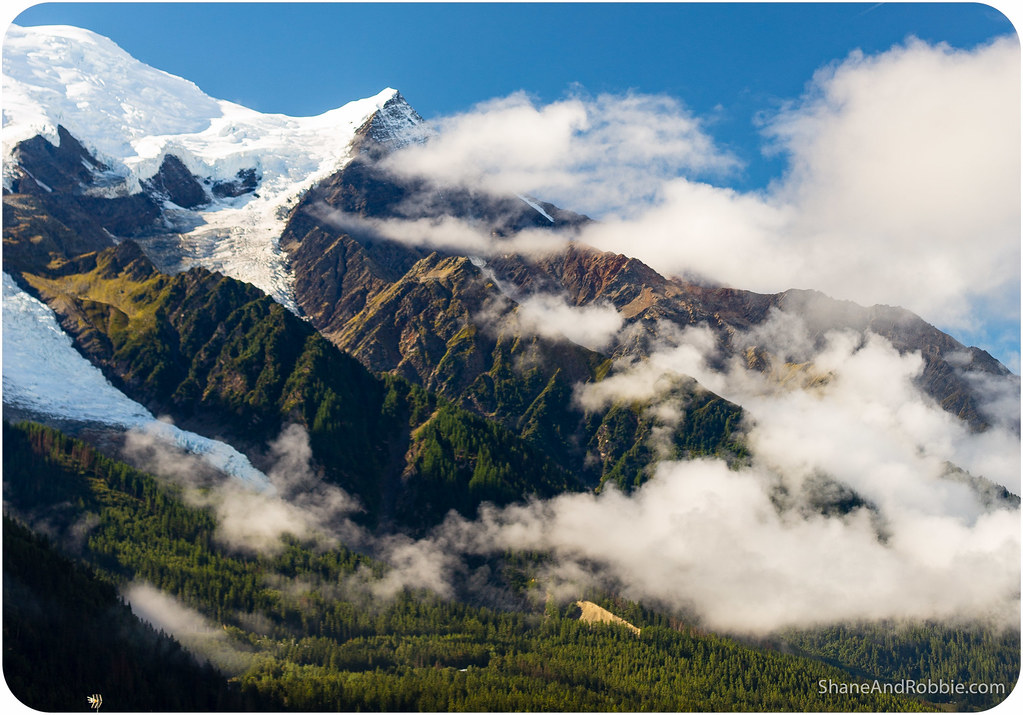 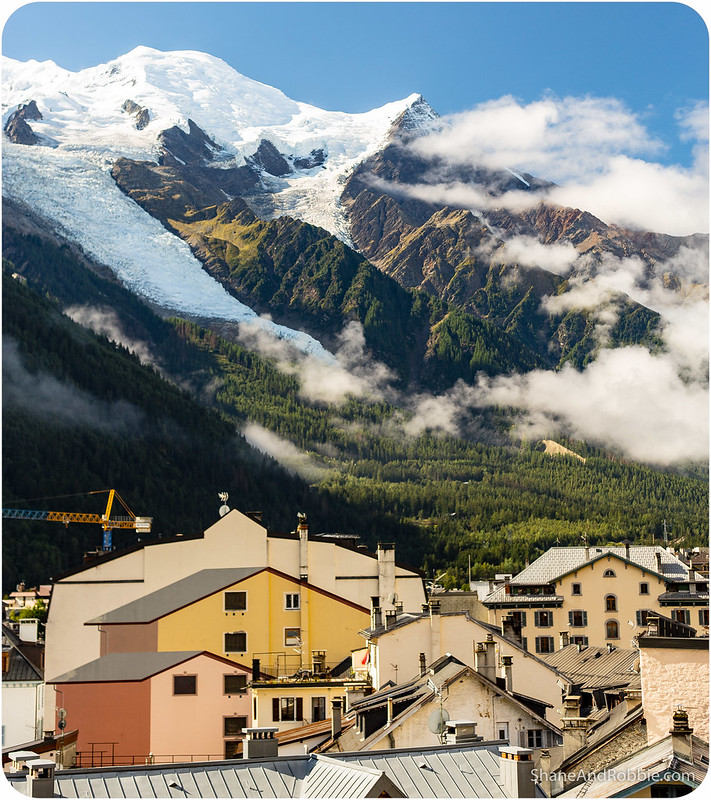 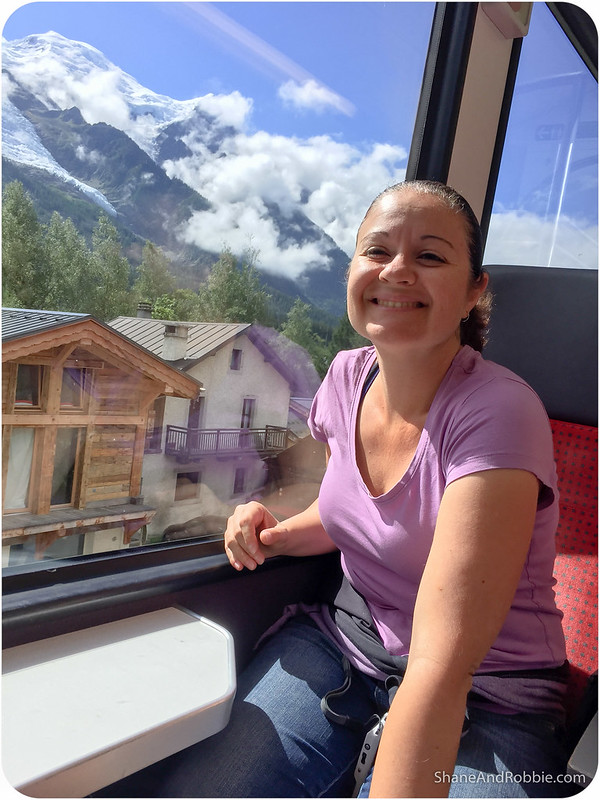 Built on the Northern shore of Lake Annecy, this town has all the charm one would expect from a Medieval French town, combined with the majestic beauty of an alpine setting. The old town is a maze of narrow cobbled streets, hidden passages through buildings, flower-lined bridges, and canals lined with cafés. It was great fun wandering through vieux Annecy this afternoon, with purpose or goal, just for the pleasure of the experience. 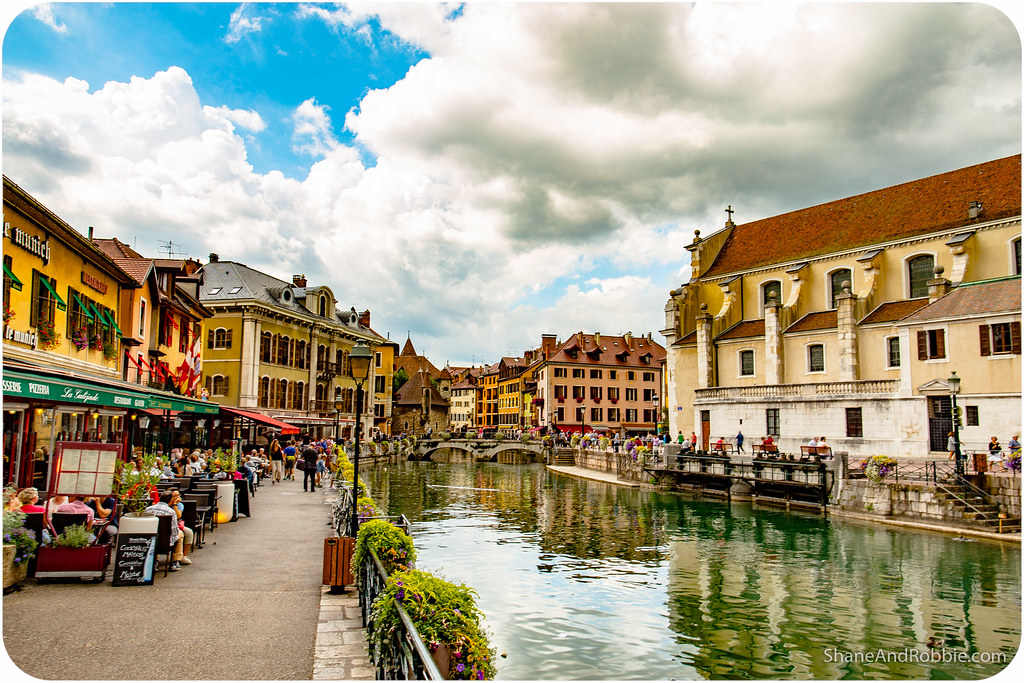 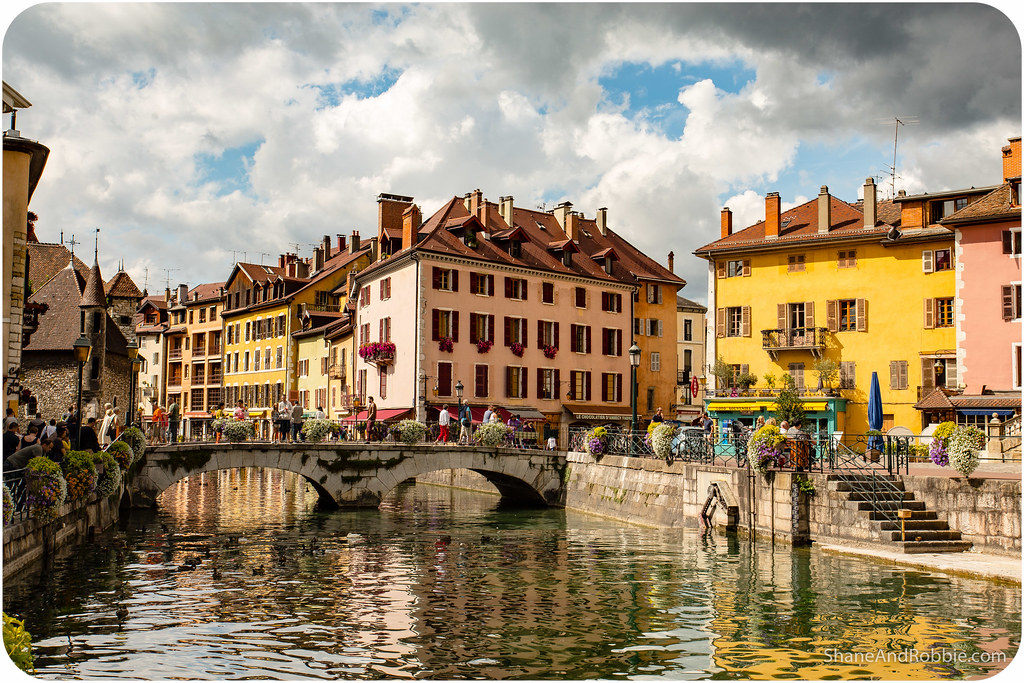 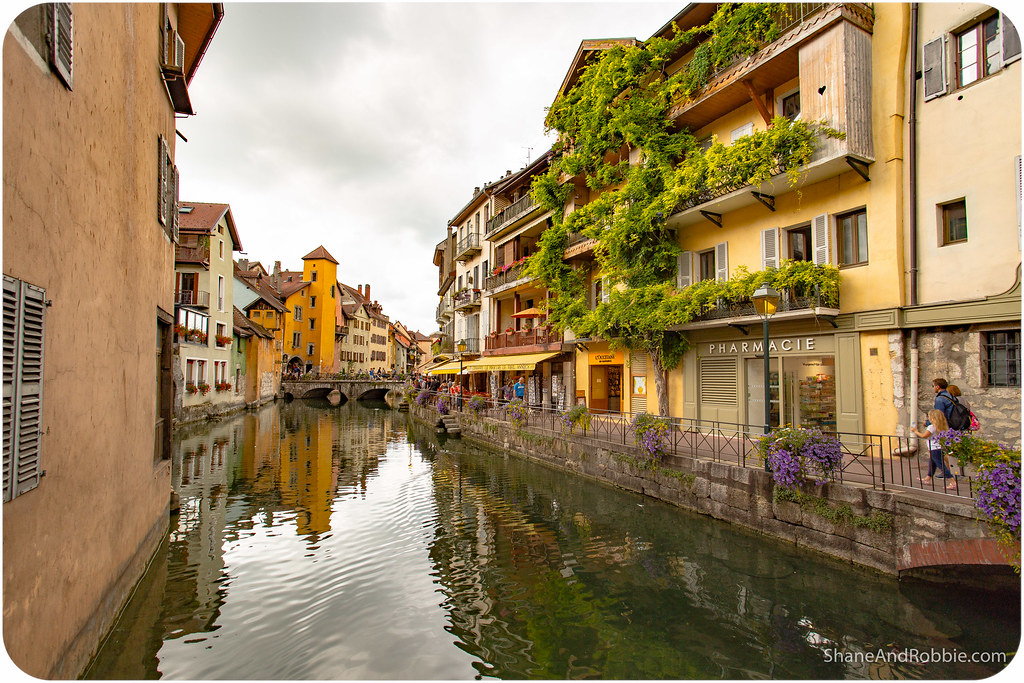 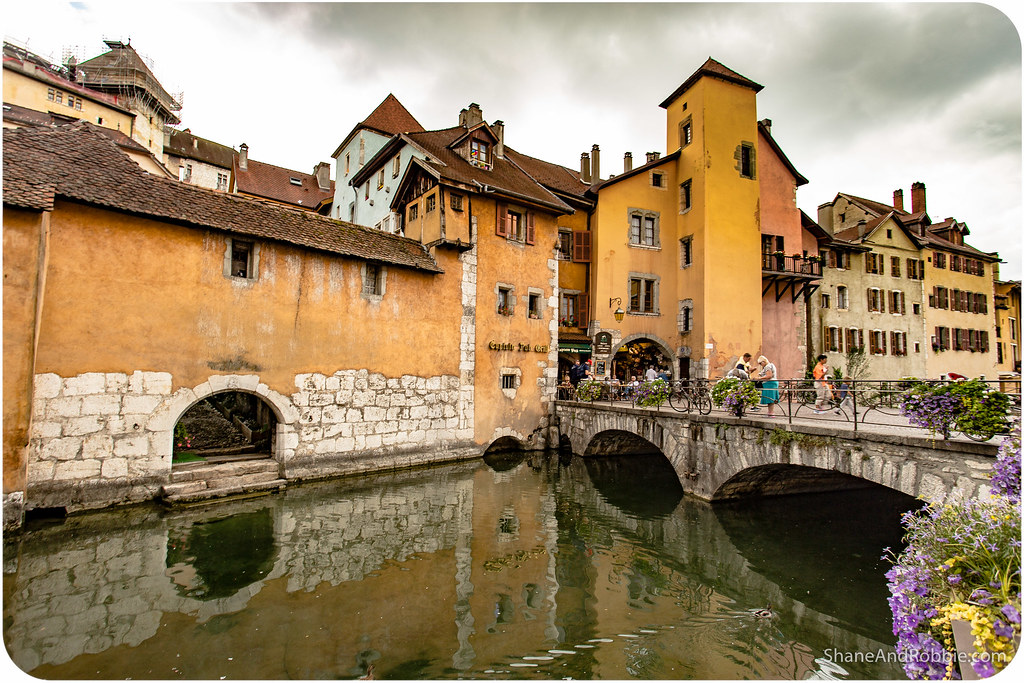 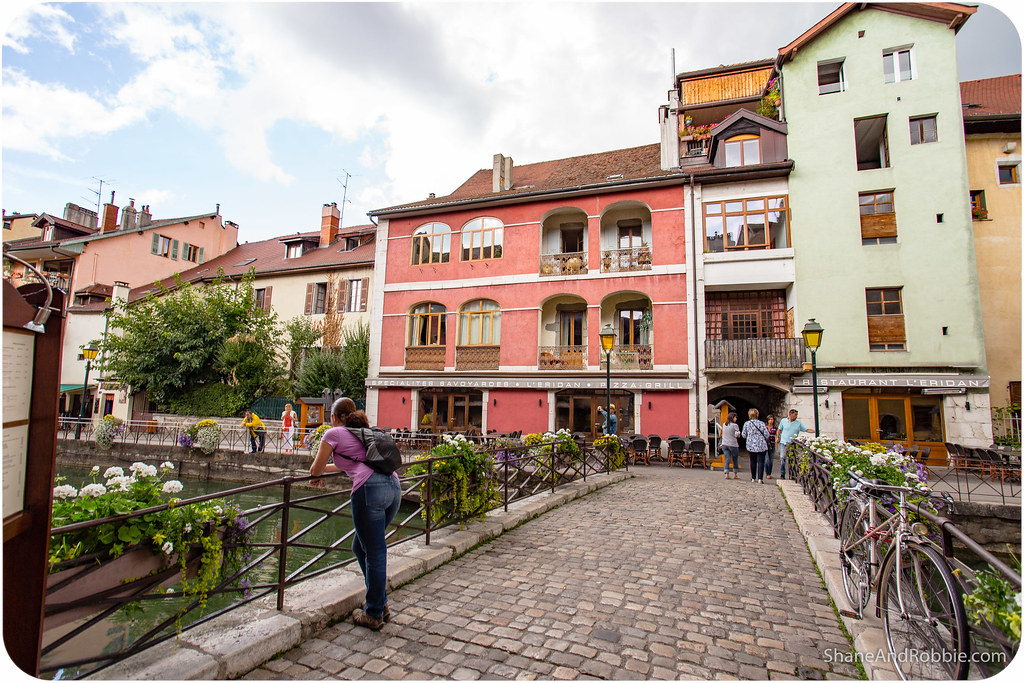 Despite the intermittently cloudy weather we even got to see glimpses of Lake Annecy’s famed aquamarine waters. Impossibly clear and clean, this fresh water lake is one of the largest in France and certainly amongst its prettiest. The water that feeds Annecy’s canals and lake comes from the River Thiou, which, at only 3.5km long, is one of Europe’s shortest rivers, connecting the River Fier to Lake Annecy. 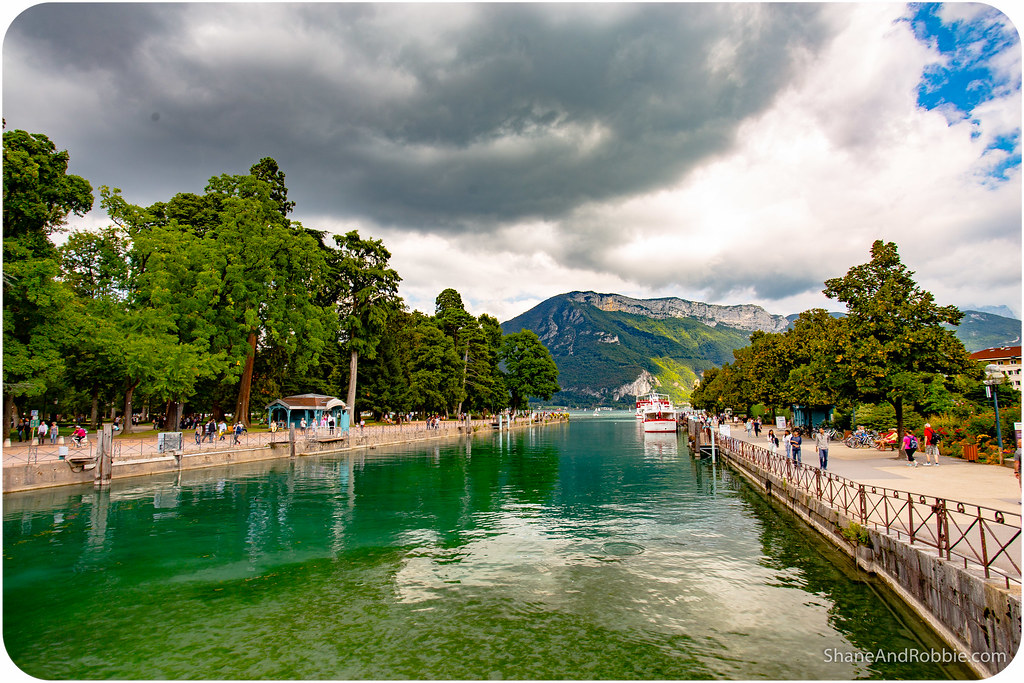 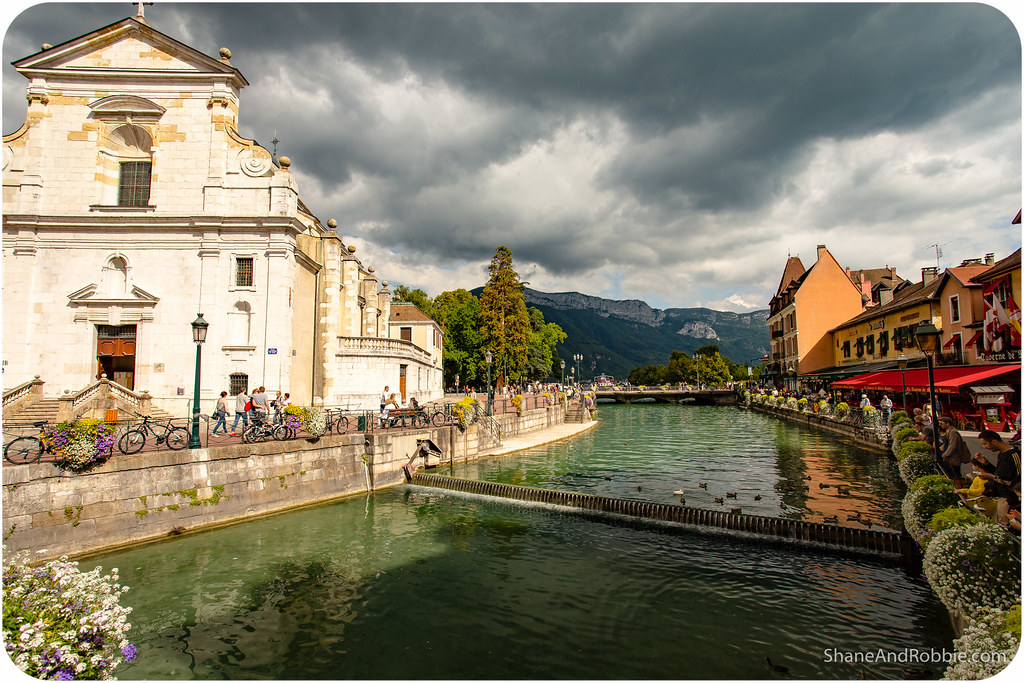 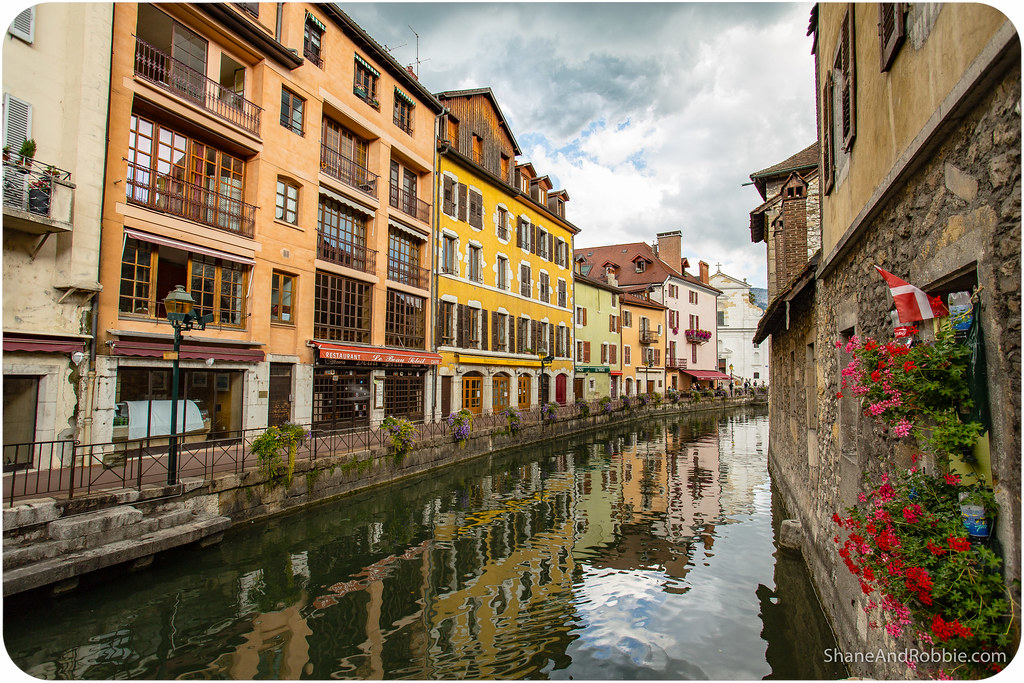 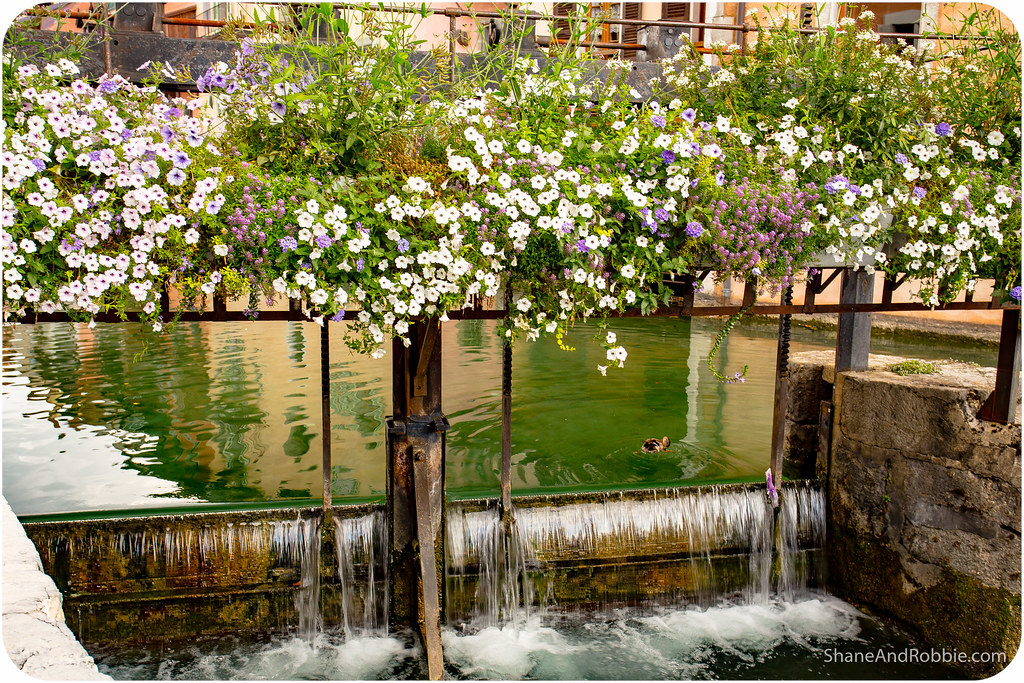 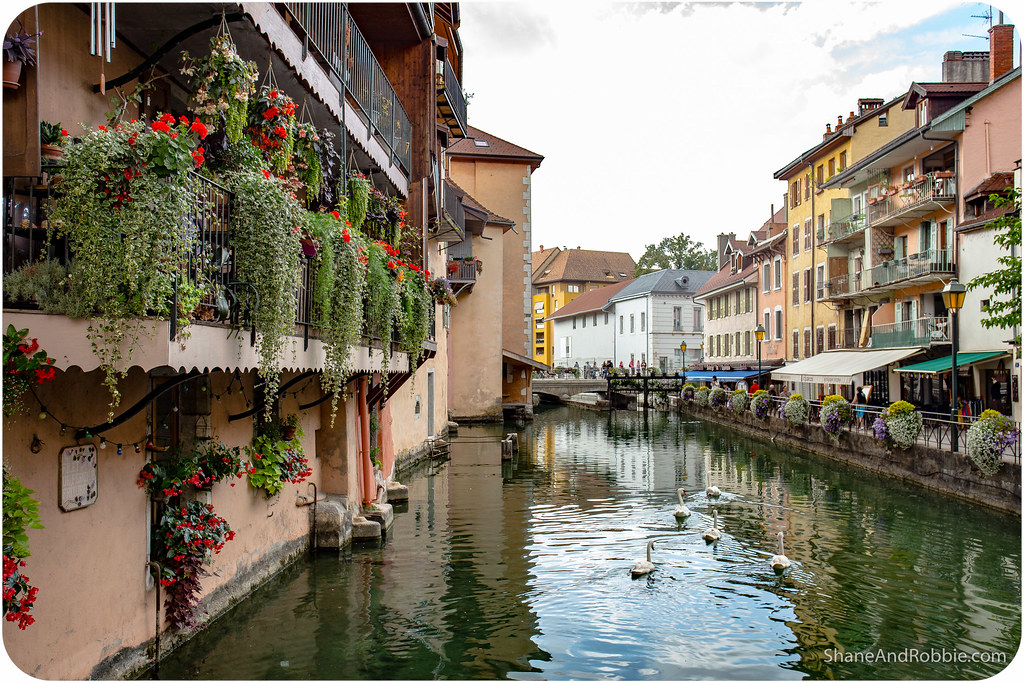 Originally settled by the Romans, Annecy was the court of the Counts of Geneva from the 10th century to the 15th. It passed to the counts of Savoy in 1401 and became one of their regional capitals. During the French Revolution, the Savoy region was conquered by France and became the capital of the French province of Haute-Savoie, a title the city still holds today. It was the Counts of Geneva that first built a castle here, however. 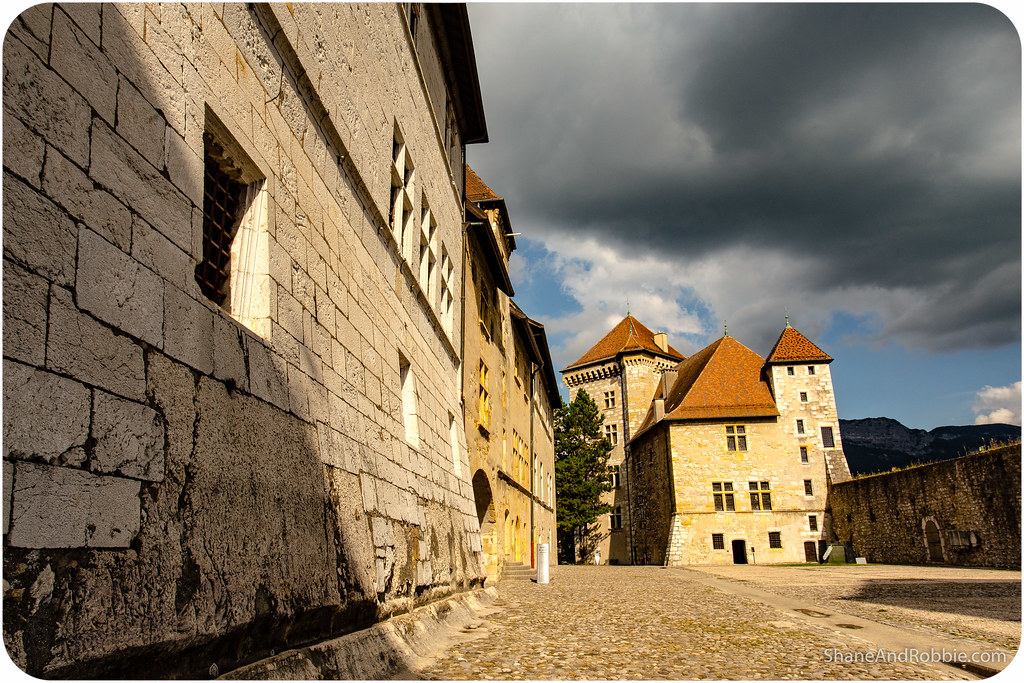 The Château d’Annecy was built in the 12th century and served as the residence of the Counts of Geneva and the Dukes of Genevois when the region was under control of the Savoys. Several times the victim of fires, the castle was abandoned in the 17th century and only restored in the 1950s. Today it houses a museum and art gallery, which we spent some time visiting. 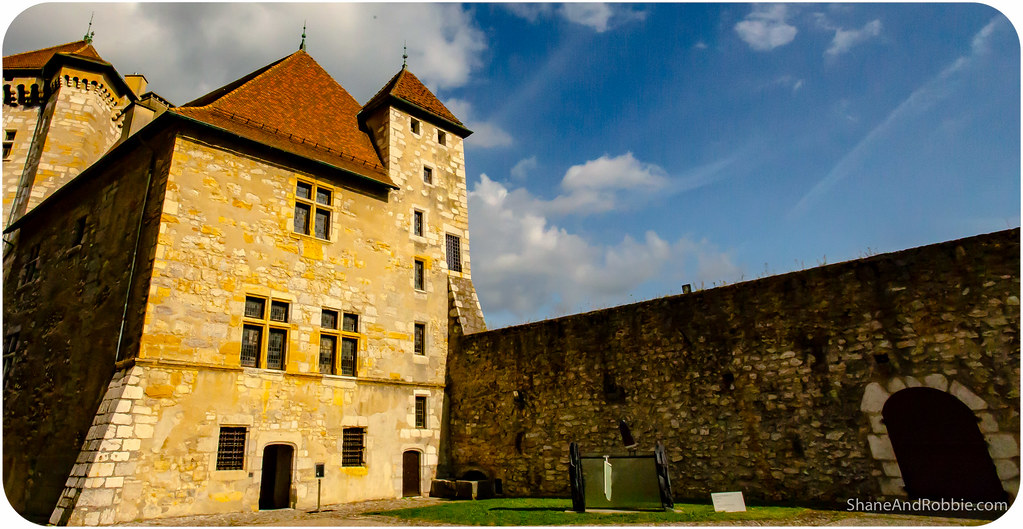 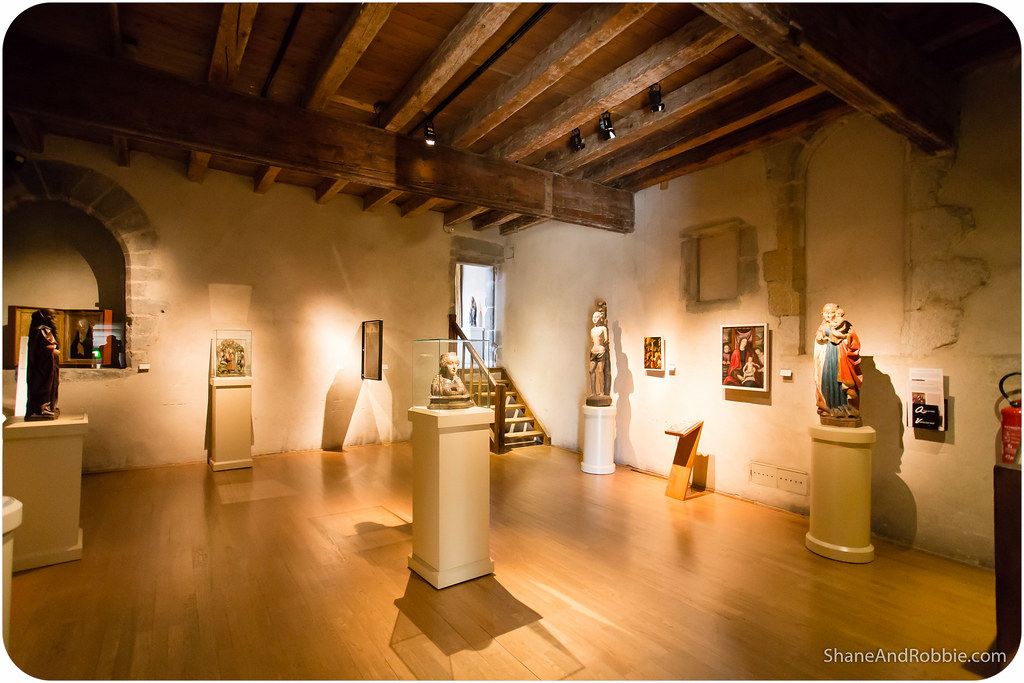 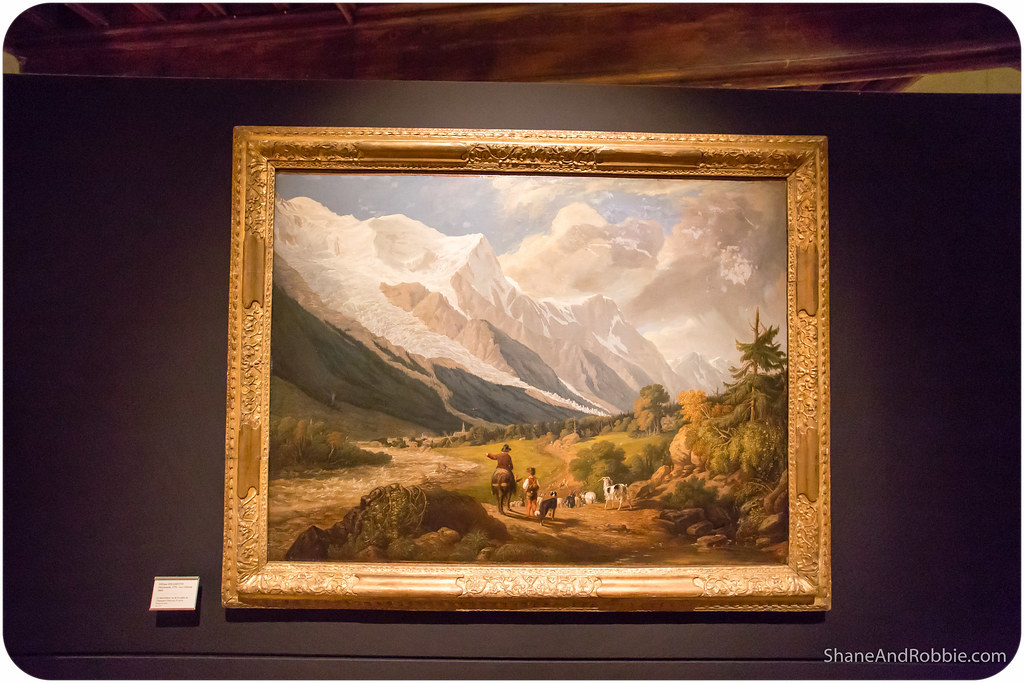 The castle itself is a nice example of a Medieval fortification, but the museum/gallery was just…., well, disappointing. One part was filled with a lot of odd displays and modern art installations which made no sense to us at all, whilst another section had some random exhibits about local flora and fauna. Not really the château experience we were hoping for! Still, at least we got some good aerial views over the old town! 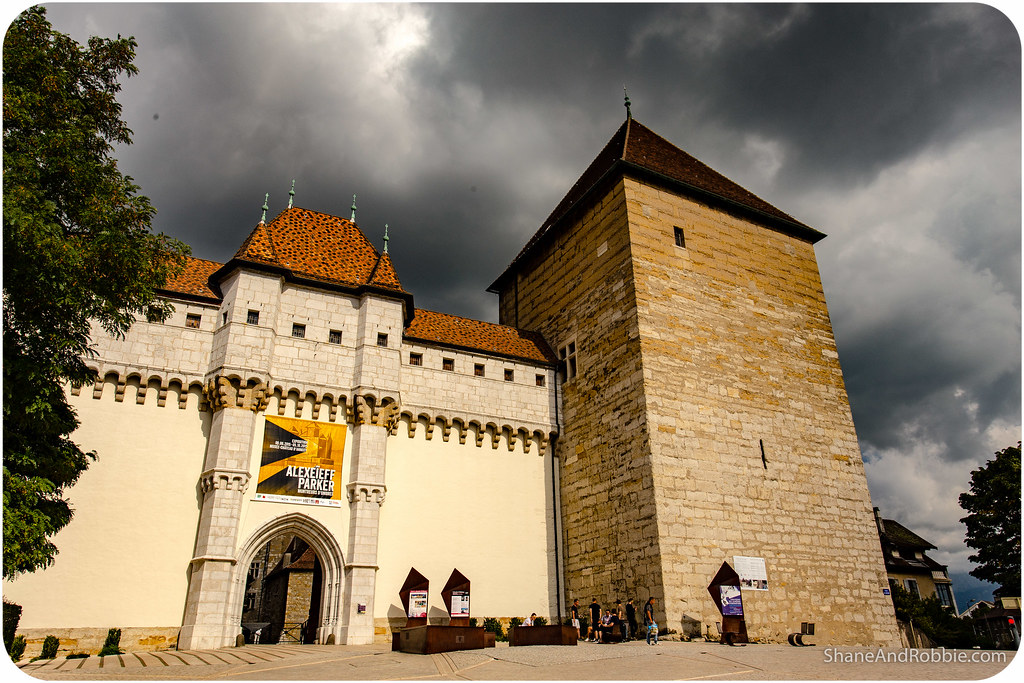 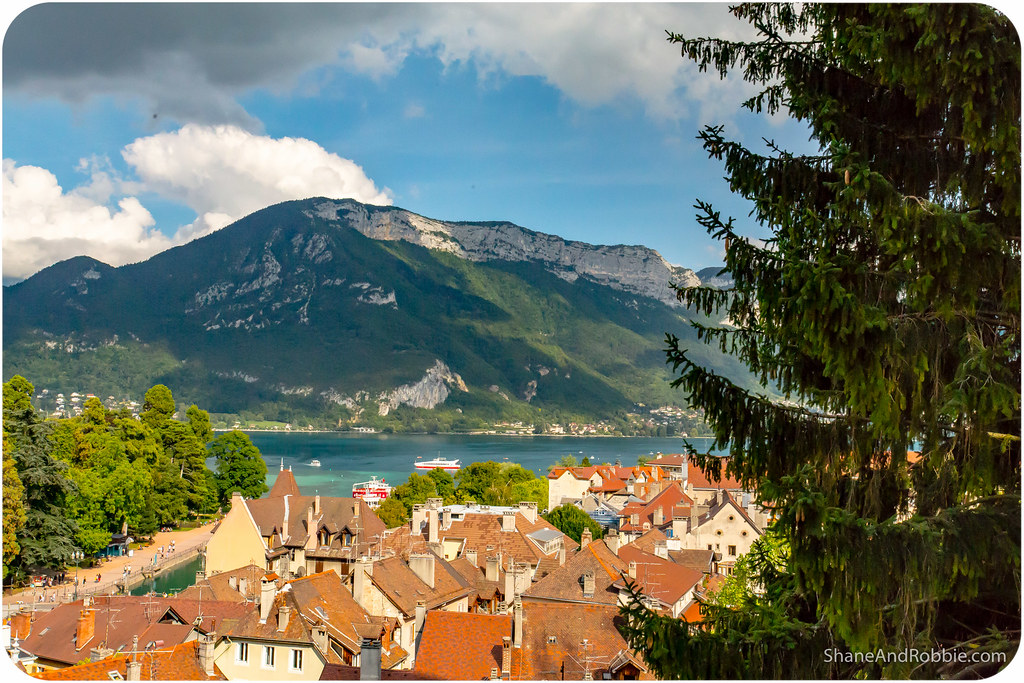 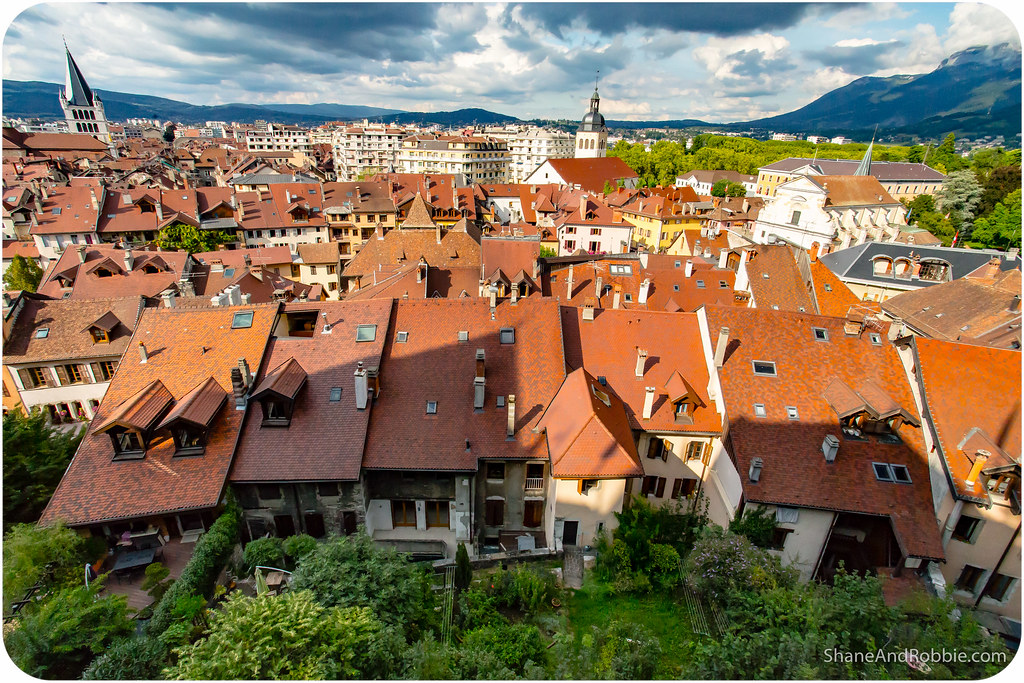 As well as the castle we also visited the most photographed building in Annecy: the Palais de L’Ile. Built it 1132 as the residence of the Counts of Geneva, this iconic stone fortification stands on a small island in the middle of the River Thiou. Once the château on the hill was built the palais was used as a courthouse, a mint, and then a prison for many years. Today the building houses a small museum. 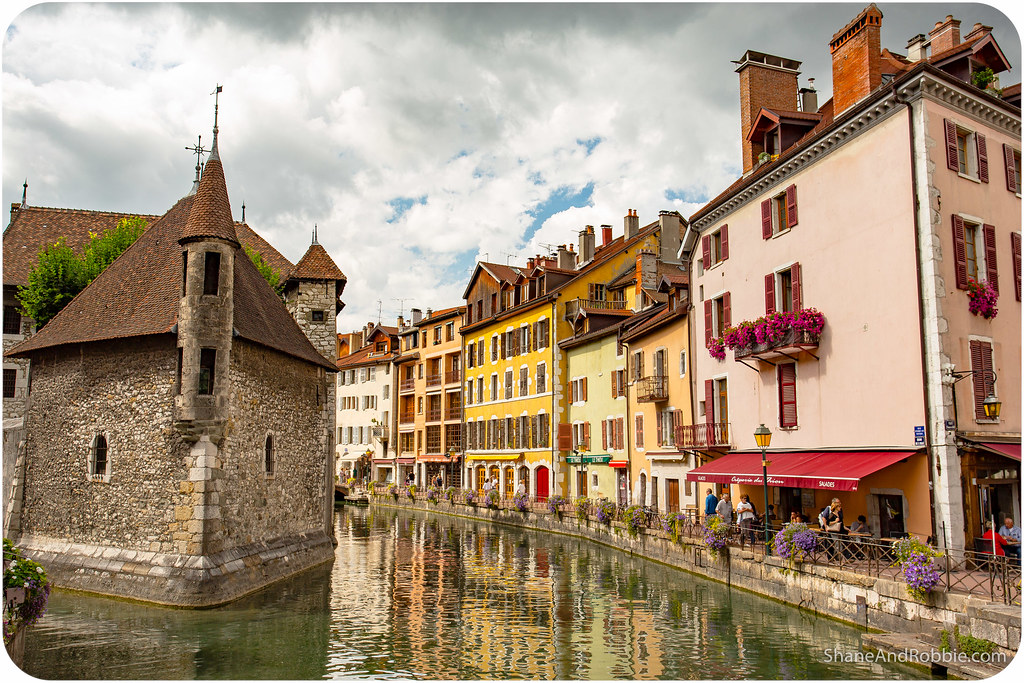 After all our exploring we decided to stop by the shores of Lac d’Annecy for an ice cream and a bit more of the views before heading back up the hill to our home-away-from-home for the next few days. 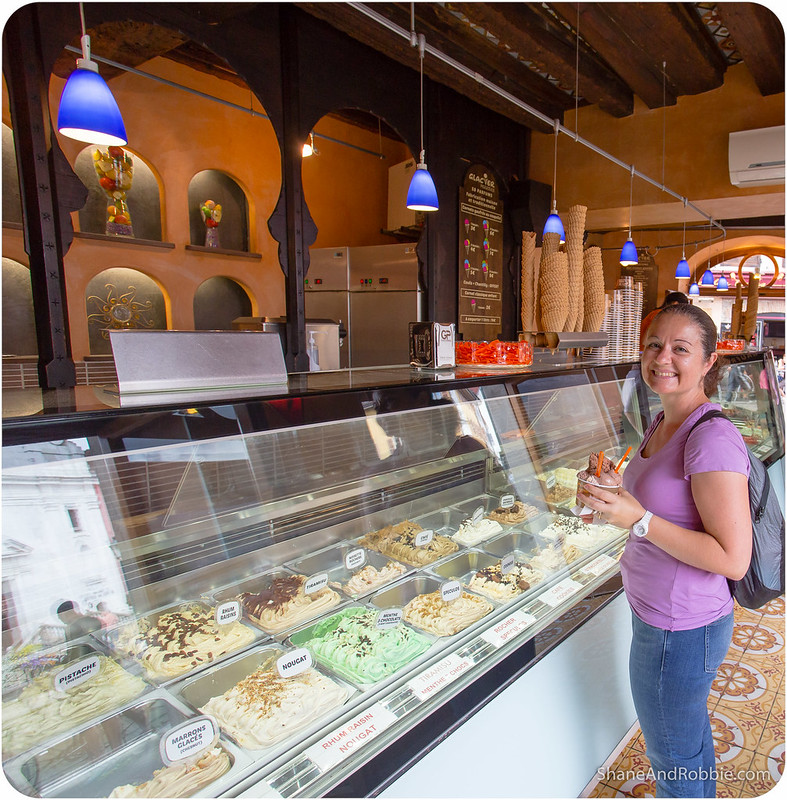 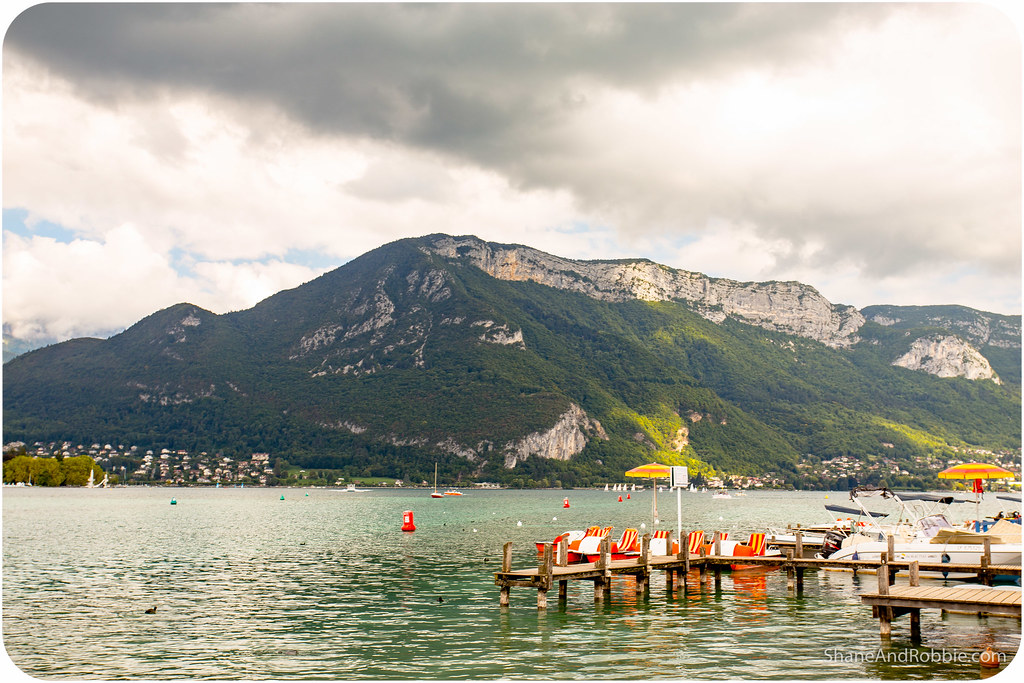 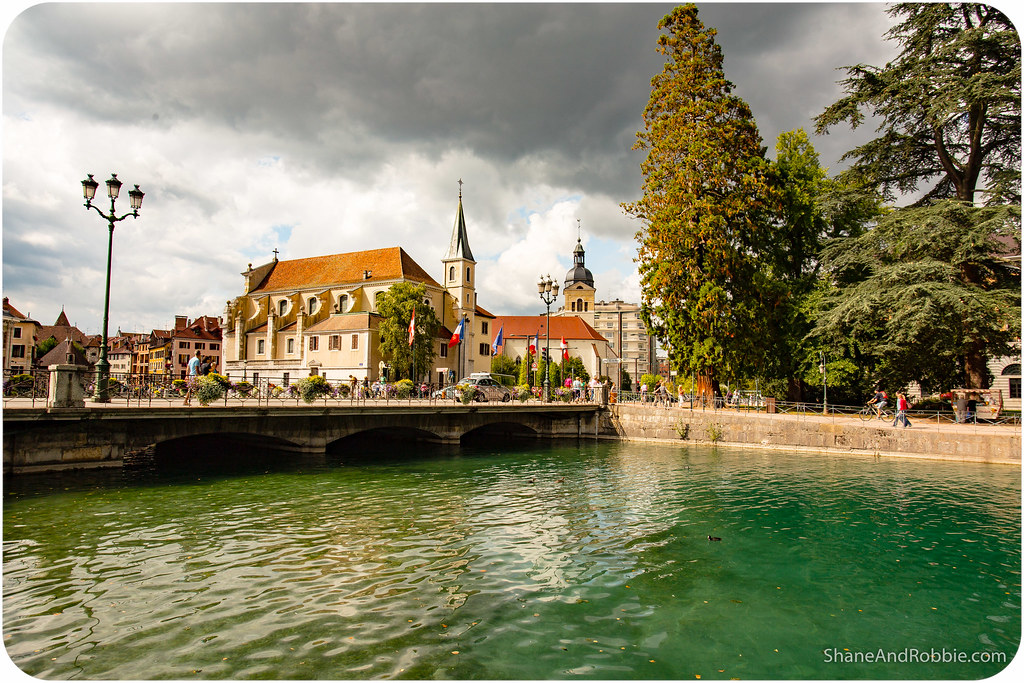 We’re staying right in the heart of Annecy’s vieille ville (i.e. old town), in a small, family-run auberge that sits literally in the shadow of the turreted Château Annecy. The views of the old town from our bedroom window are just gorgeous. It’s awesome and will make a great base from which to explore the area – starting bright and early tomorrow! 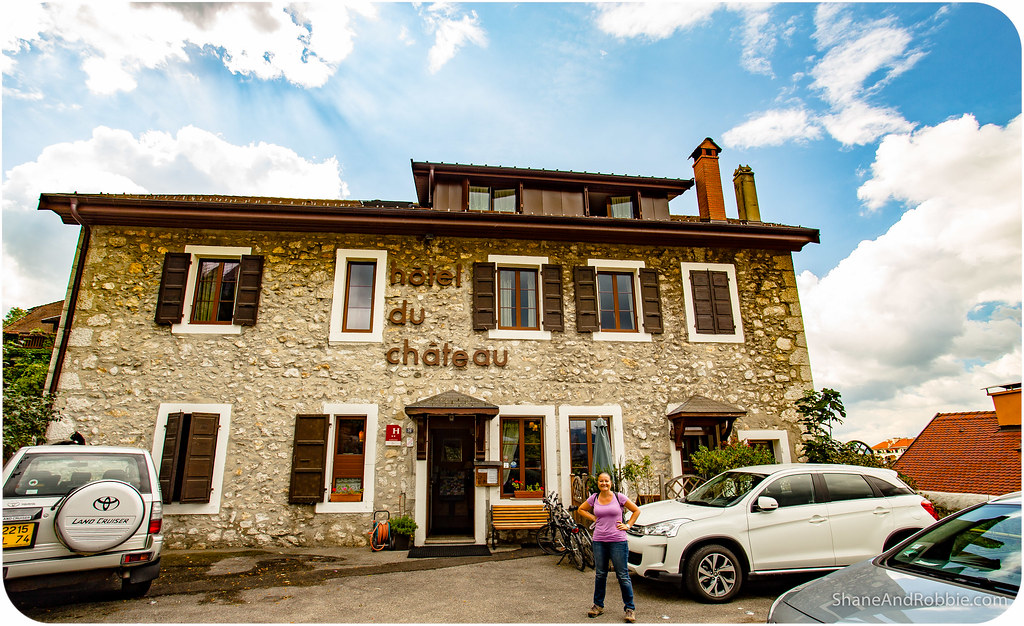 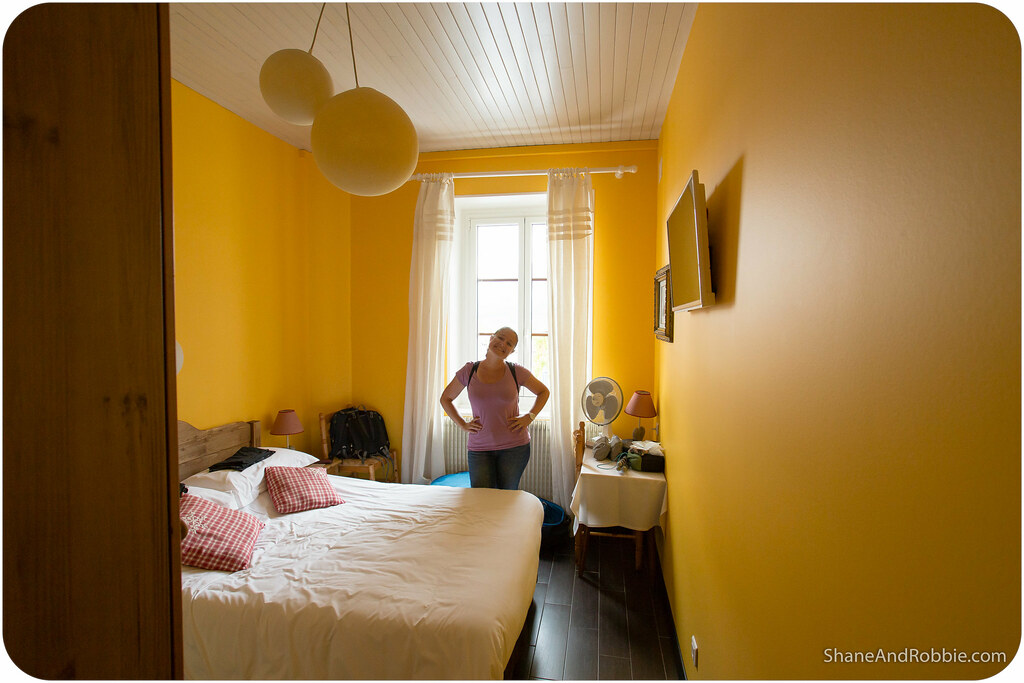 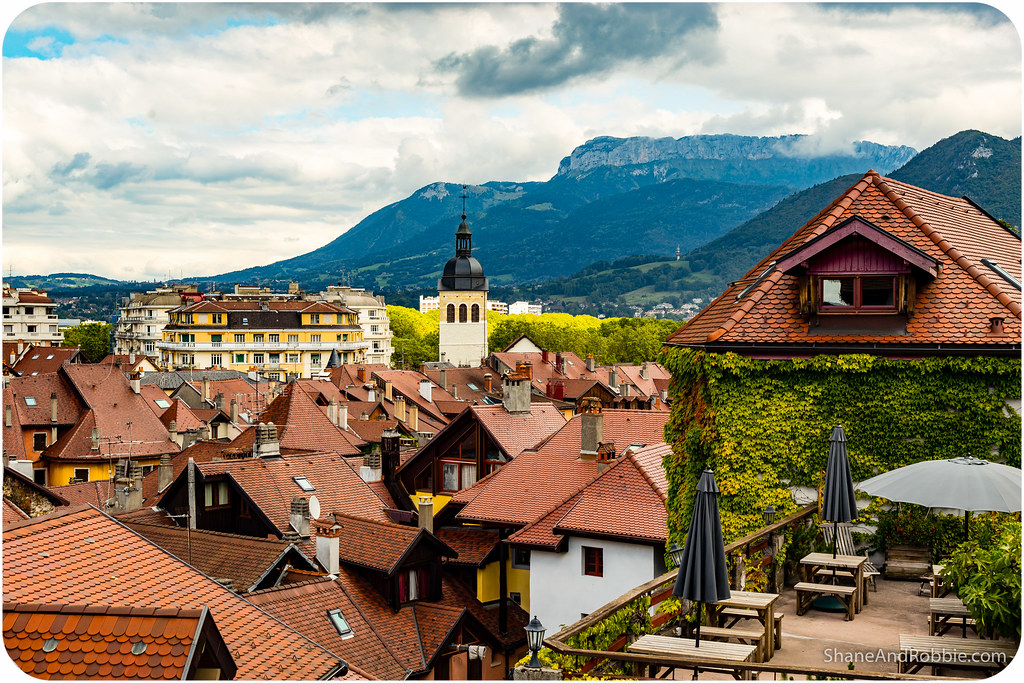