The Loire Valley is just 250km South of Paris, but this fertile river valley is a world away in terms of pace of life and atmosphere. Where as Paris was busy, bustling, and overwhelming in almost every way, the Loire Valley is quiet, peaceful, and a great place to enjoy life at a leisurely pace. Famous for its historic towns, pretty scenery, wines, and castles, the valley has been inhabited since the prehistoric times. The richness of the soil here allowed and abundance of vineyards, fruit orchards, and vegetable gardens to grow here; for centuries the Loire Valley fed Paris and hence came to be known as The Garden of France. The area also has Europe’s densest concentration of castles – there are more than 300 in this 300km stretch of valley! Which is why WE’RE here – we love a good castle, and the opportunity to see some of France’s most extravagant châteaux simply could not be passed up.

We didn’t actually get to see any of the famed châteaux of the Loire today, however. We got in from Paris around lunch time and spent the afternoon exploring our home-away-from-home for the next few days: Tours. 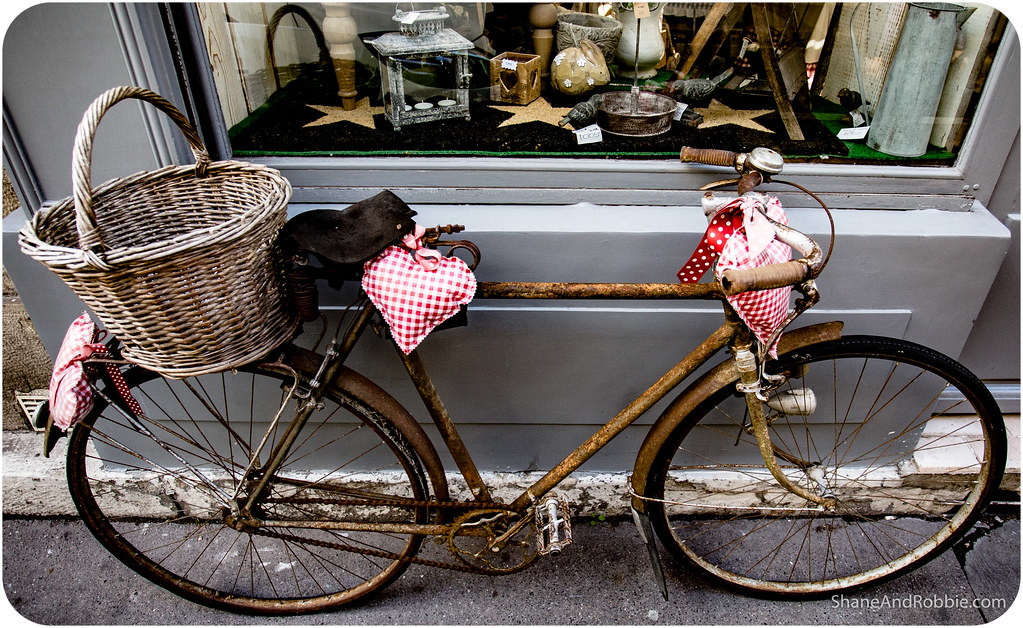 Home to about 150,000 people, Tours is the region’s largest city and its commercial centre. It’s also a transport hub for the Loire Valley and makes a good base for exploring the castles of the area, which is why we decided to base ourselves here. It’s not the most scenic city we’ve stayed in, but has a nice feel to it that makes it seem very liveable. 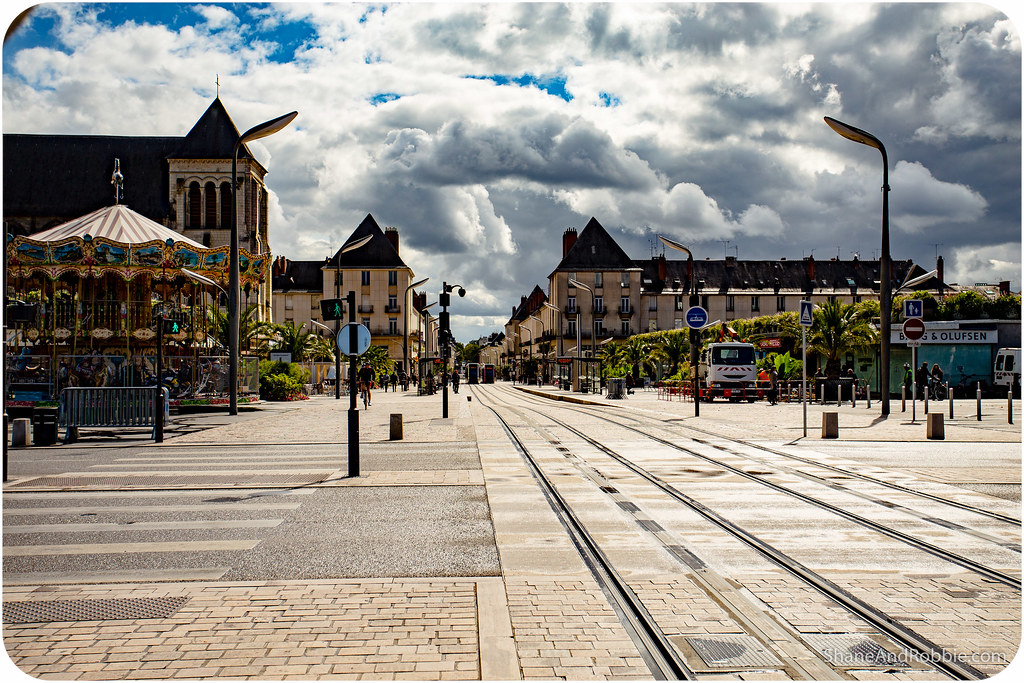 Tours is located between two rivers, the Loire to the north and the Cher to the south. We started our foot-powered tour of Tours this afternoon with a stroll along the Loire River, admiring the colours of autumn on display along the river banks. 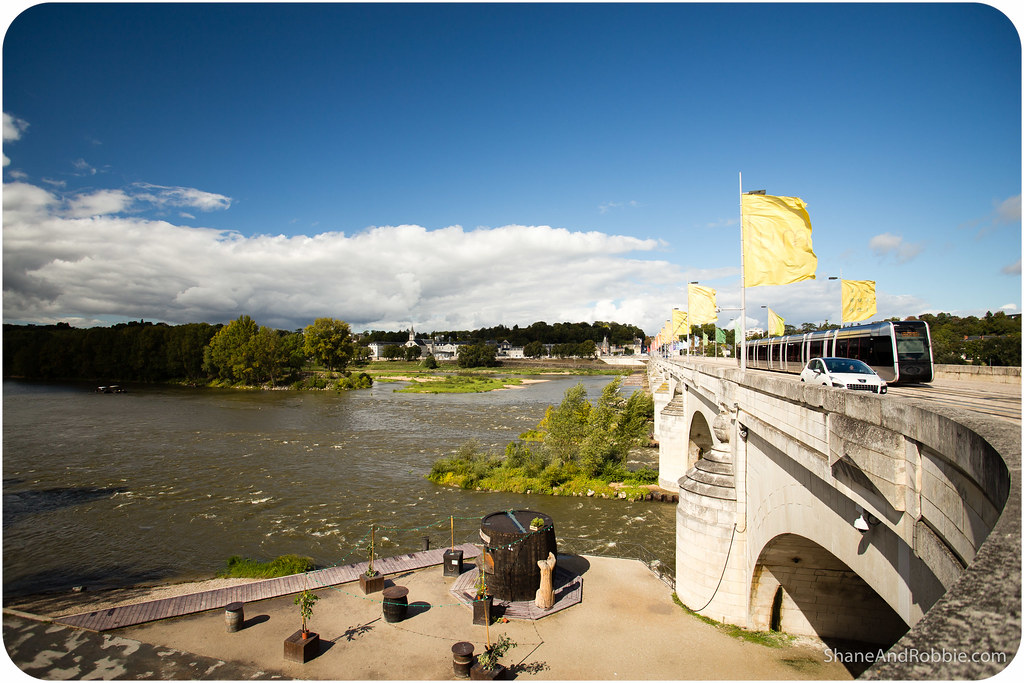 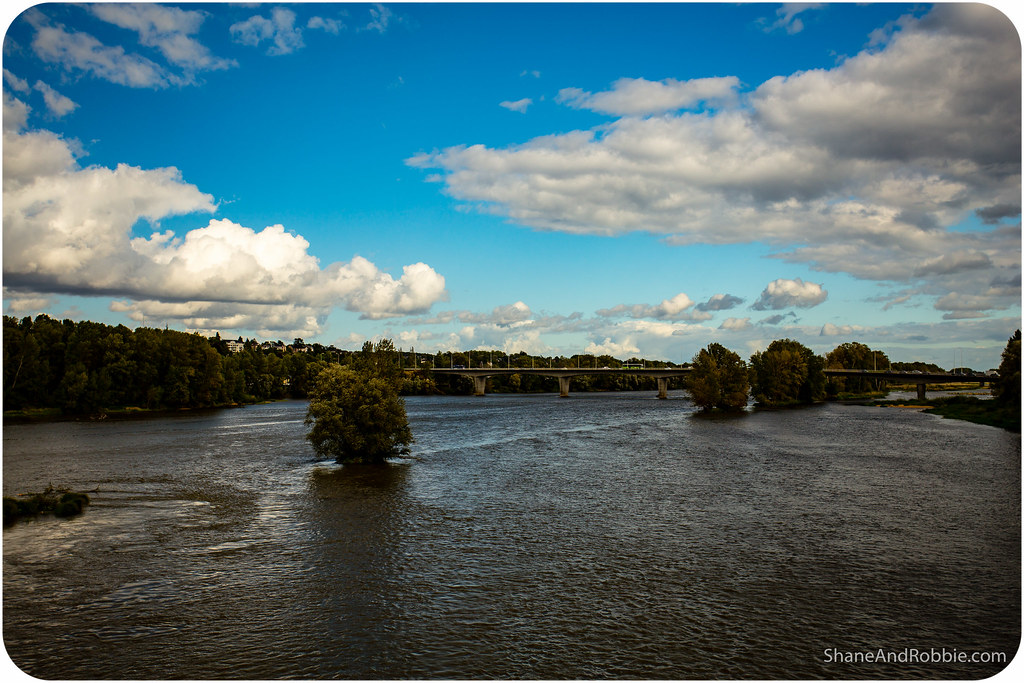 Much of Tours was destroyed during World War II, but some half-timbered Medieval houses were left standing. These have since been restored and made for some good photo-fodder as we roamed the streets of the old town. 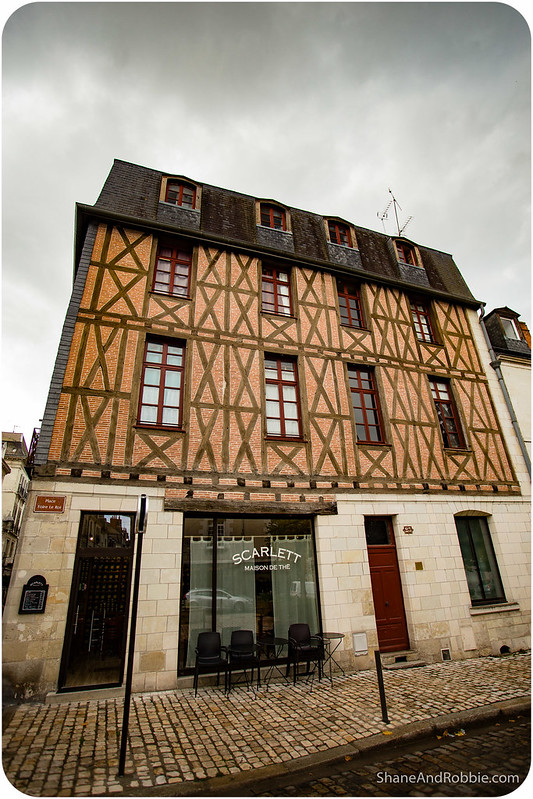 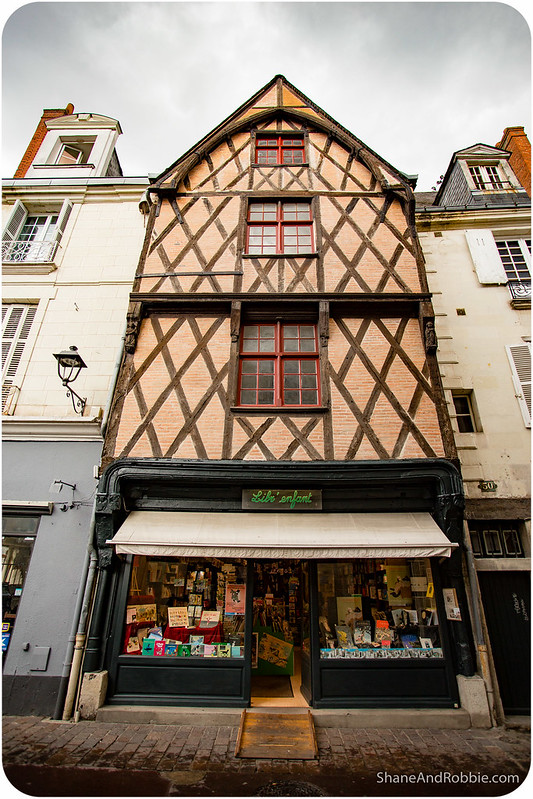 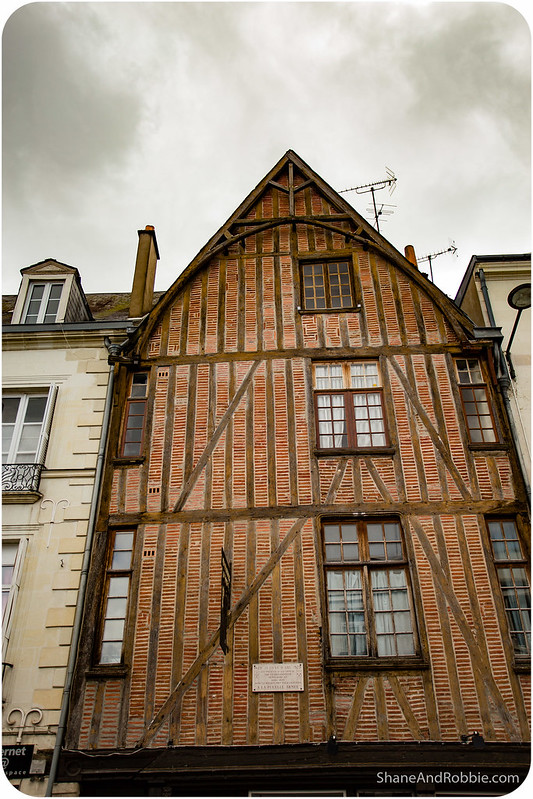 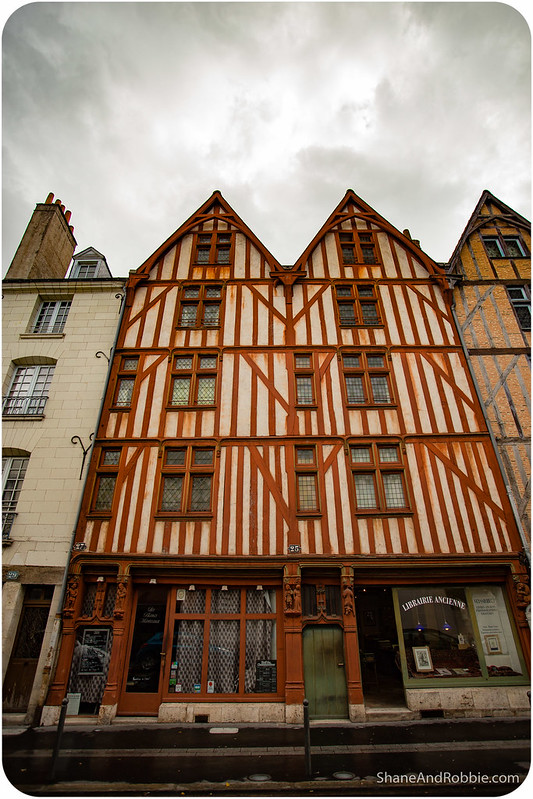 Place Plumereau, the central square in town, was especially pretty. Lined with cafés and restaurants, the square was quiet this afternoon but will no doubt fill with students from the local university come the evening.

As well as its photogenic Vieux Ville (i.e. old town), Tours also has a rather resplendent Gothic cathedral that we got to explore. 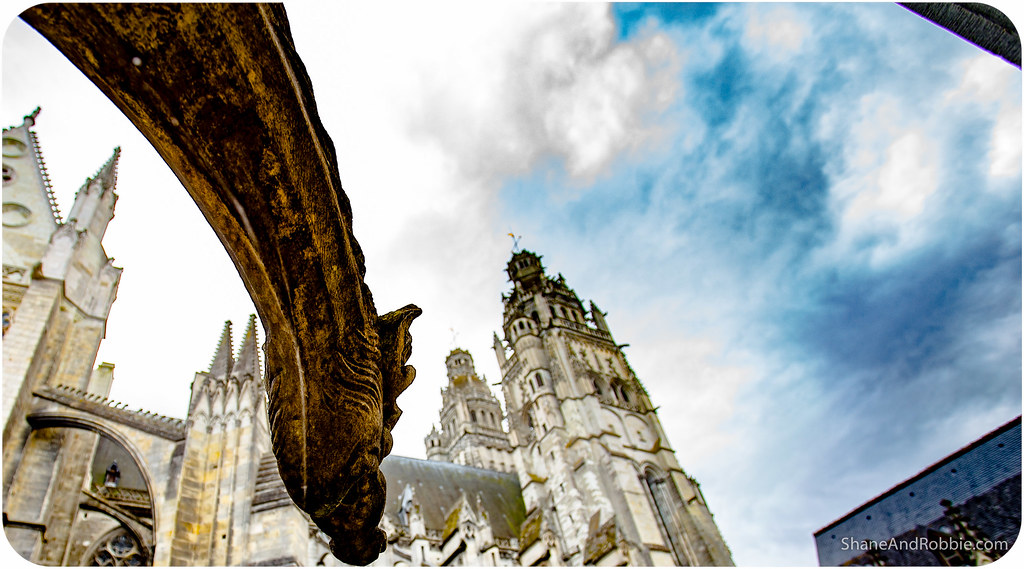 St Gatien’s Cathedral was built in 1170, atop a much older church that burnt down. The church is named after Gatianus, the first bishop of Tours who, around 250AD established a place of worship here. The cathedral’s façade is incredibly ornate and its stained glass windows fascinating. 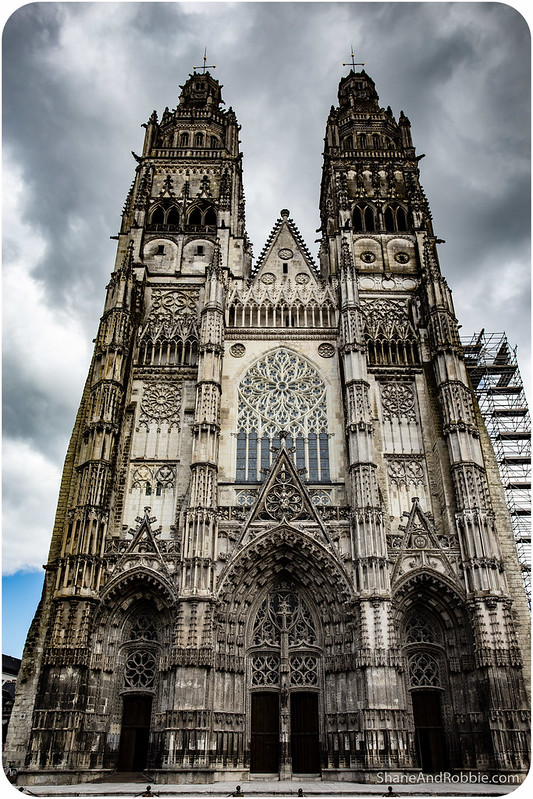 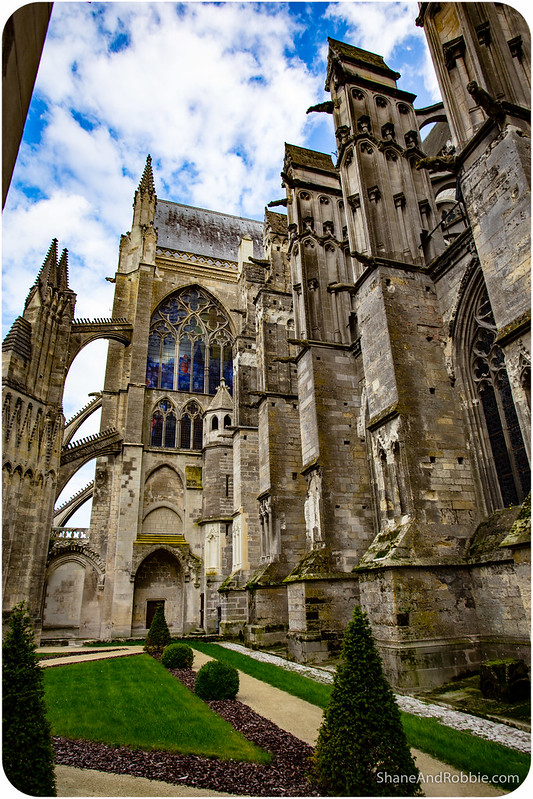 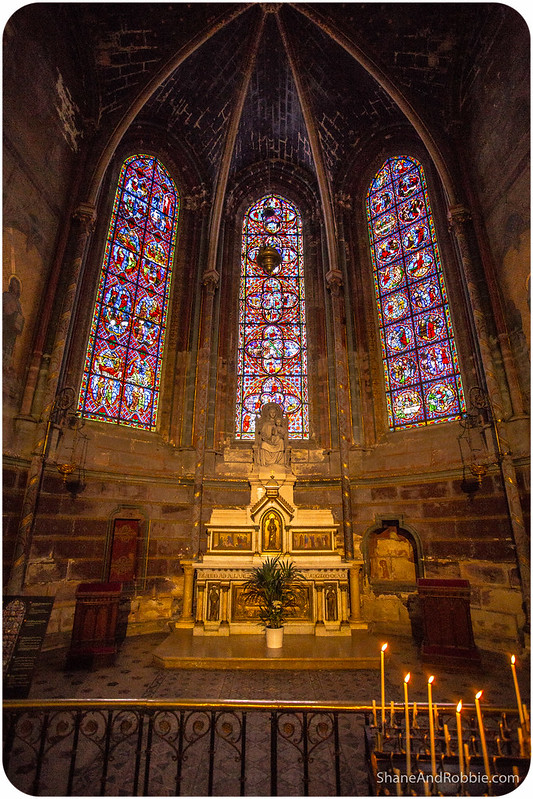 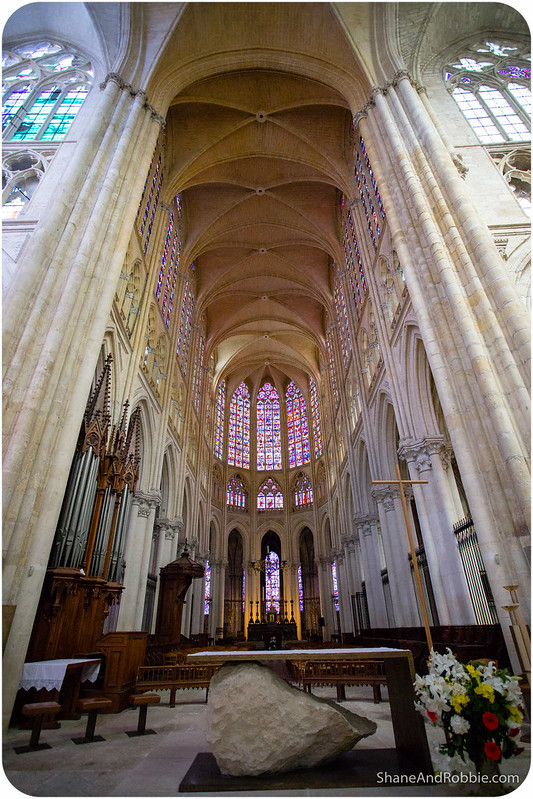 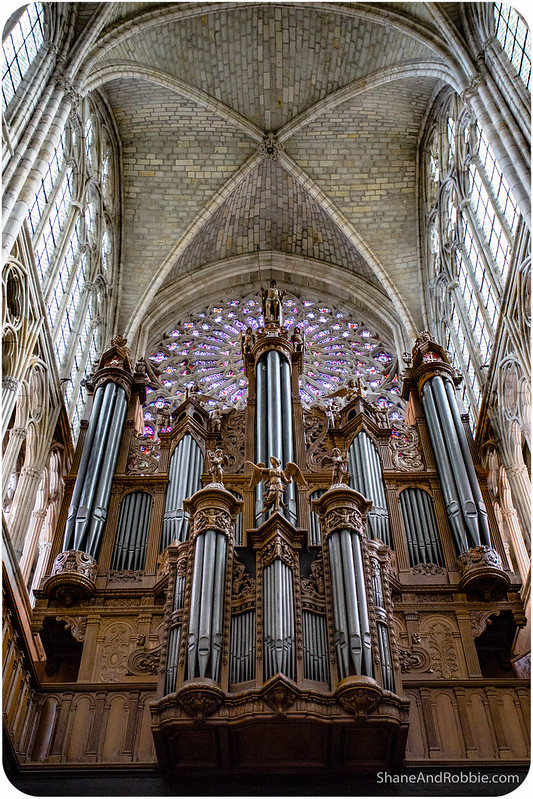 Attached to the cathedral is a small cloister that dates back to the 15th century. In its time the cloister was well known throughout France for its extensive library, one of the richest in France. Unfortunately it was dissolved during the French Revolution in 1793, and the contents of the library disappeared. Not much remains of the cloister today, but what IS left makes for an interesting visit. 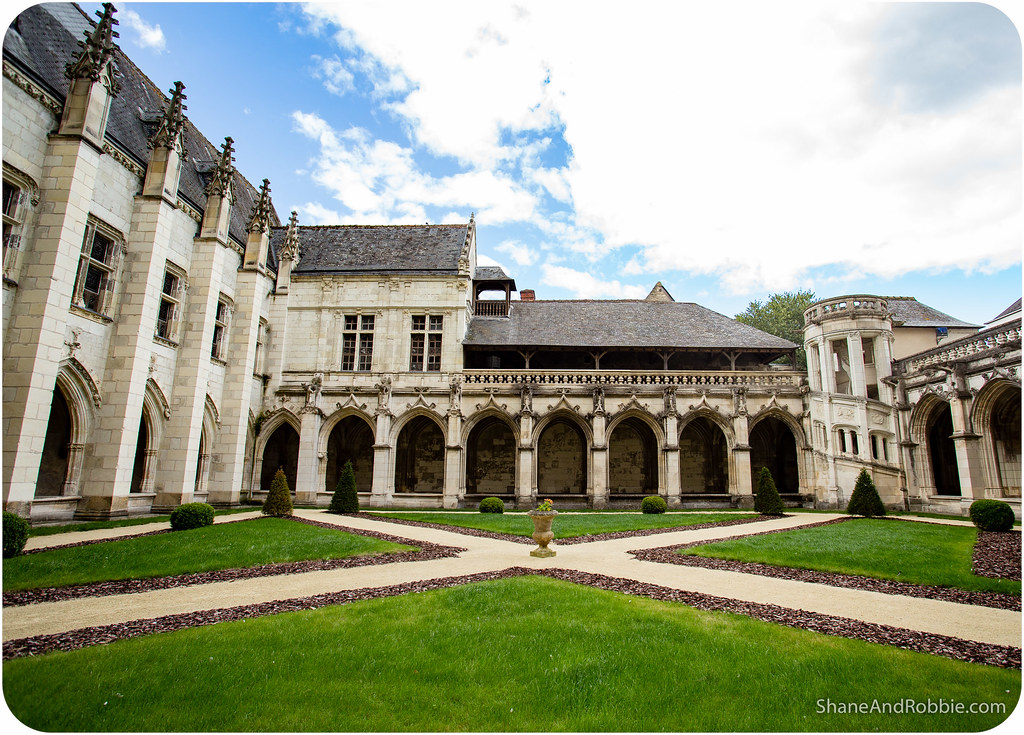 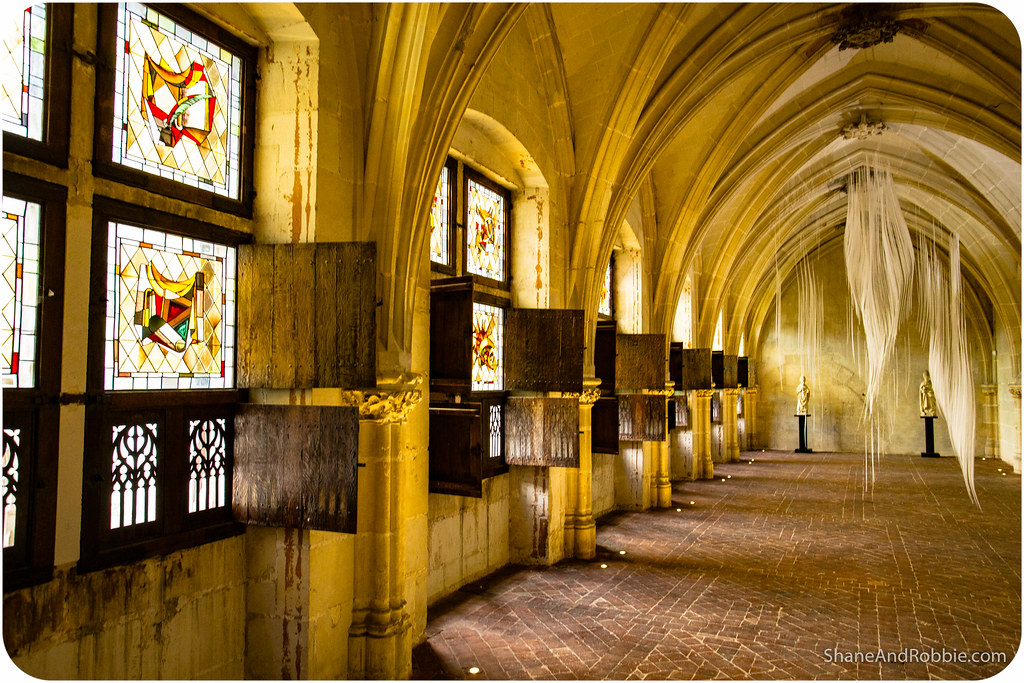 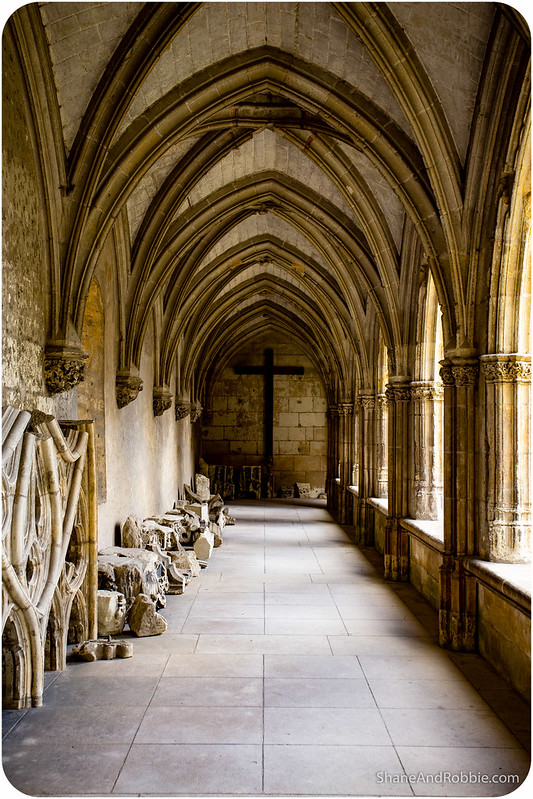 Tours also has a small château of its own. Built in the 11th century, the castle is very modest by Loire standards and is really more of a fortress than a castle. Currently the building houses contemporary exhibitions of paintings and photographs which we weren’t too interested in, so we had a quick look before continuing on our tour of Tours. 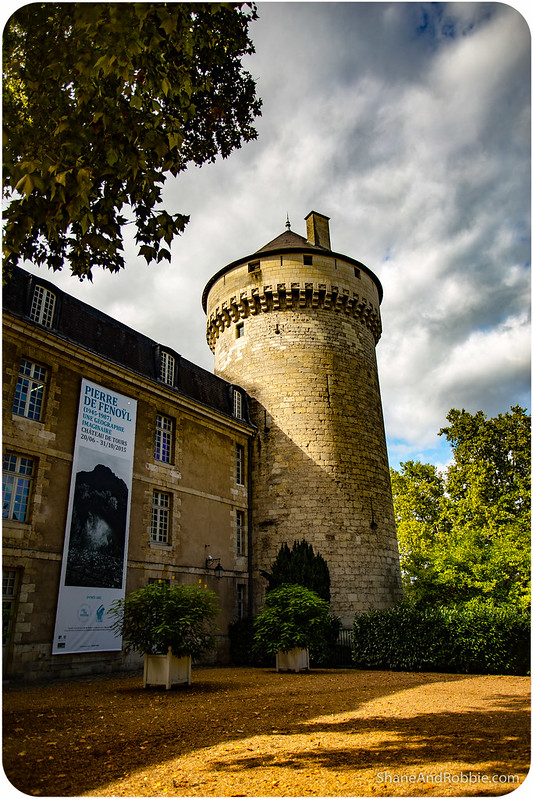 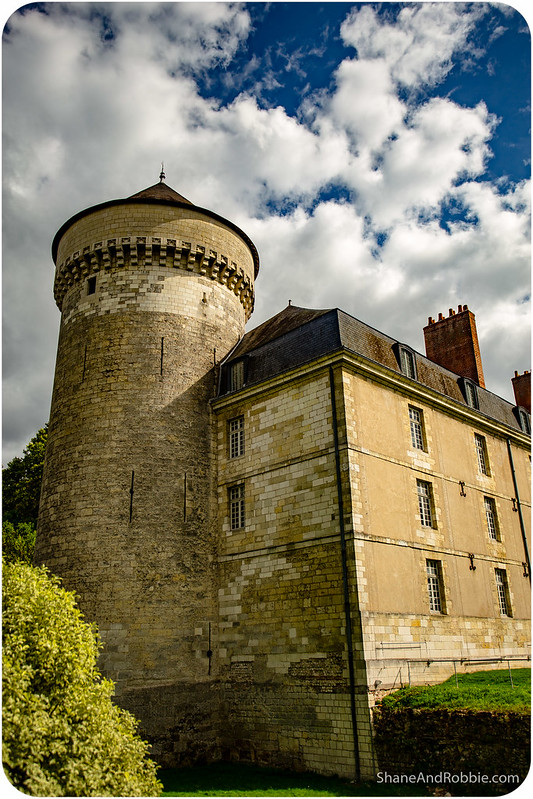 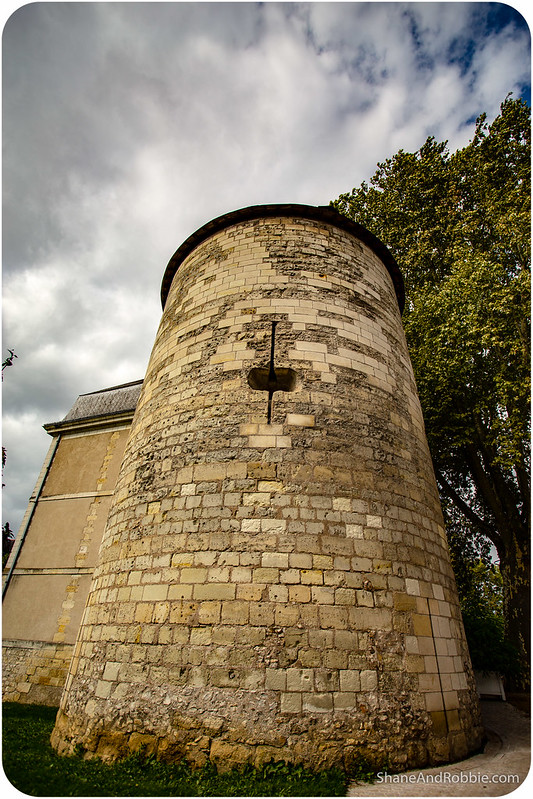 Not far from the Château de Tours is the town’s Musée des Beaux Artes. Located in the bishop’s former palace, the museum has an extensive array of paintings on display. Unfortunately it’s closed on Tuesdays so we had to settle for admiring it from the outside. We got to wander through the museum’s gardens too, admiring the magnificent Lebanon Cedar there. 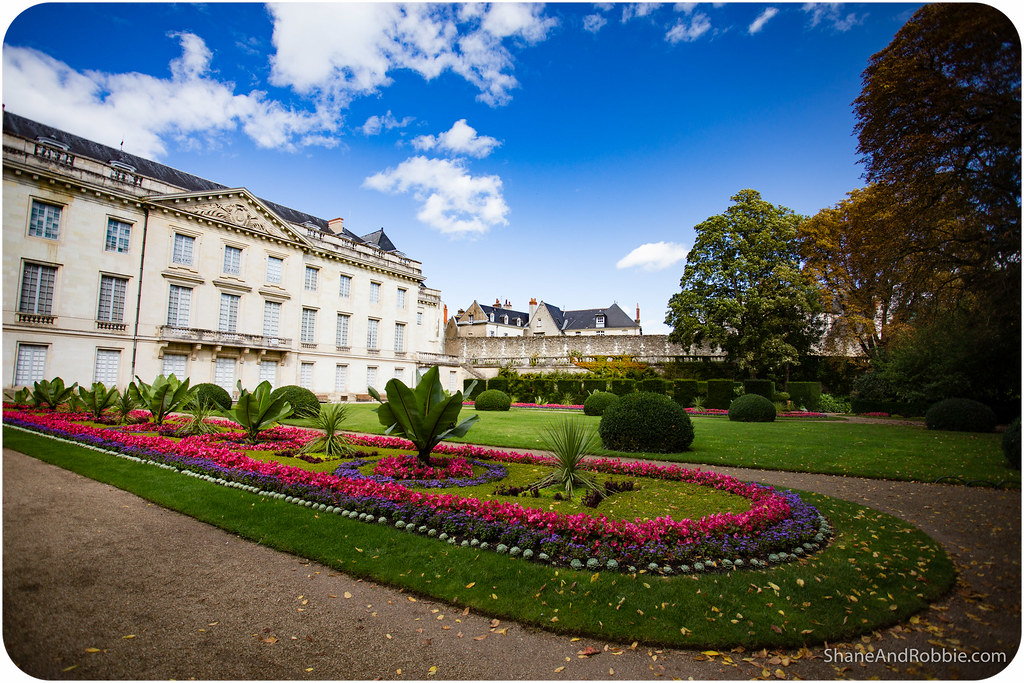 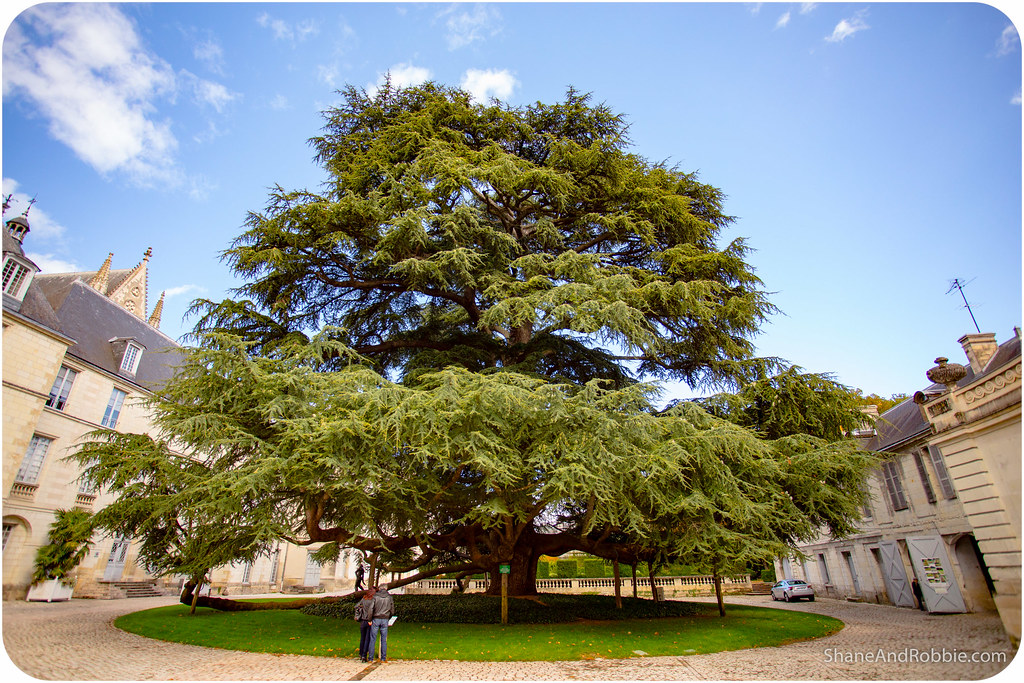 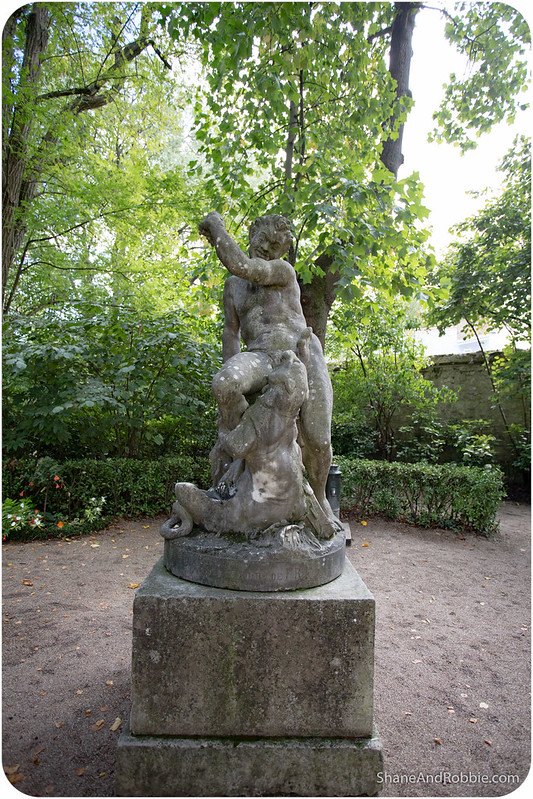 Beyond those few sights, there’s really not much to Tours. It’s an easy little town to navigate around and, after Paris, an easy place to relax for a few days. We’re staying in a lovely little family-run auberge while we’re here, and are really looking forward to spending the next few days traversing the Loire Valley in search of epic castles. Join us tomorrow to see how our hunt for France’s Best Château goes… 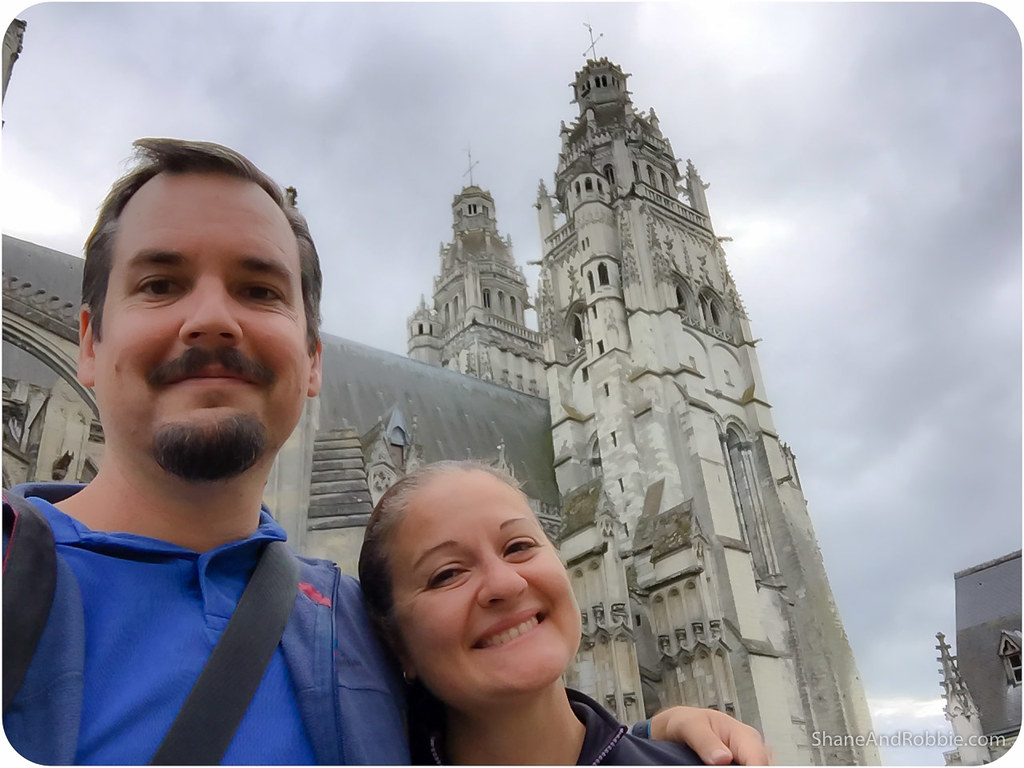