THE LAND THAT TIME FORGOT

Keen to see more of Andorra’s famed mountain scenery and explore some of its historical Medieval townships, we set out today for the village of Pal and the valley of Val Nord. Along the way we saw some glorious alpine vistas and discovered a land that was left virtually untouched and a way of life that remained unchanged for almost 1,000 years. From the 11th century to the 20th, this was like the land that time forgot; its isolation, lack of wealth and resources, and difficult terrain meant that Andorra existed outside of the mainstream of European history for much of the last millennium. Though the nation has well and truly caught up now, boasting some of the best infrastructure in Europe and a booming economy, the legacies of its period of isolation are still there – especially in the small villages and hidden valleys.

We caught a bus from Andorra la Vella into the Parish of Massana* this morning. This region is in the North-West of Andorra, on the border with Catalonia and is home to the country’s best preserved historical village: Pal.

*Andorra is divided into 6 parishes, each centred around a church. These districts have existed for more than 1,000 years and were administered by the parish priest until the 1990s. This seemingly antiquated system of regional governance reflect Andorrians’ strong religious (i.e. Catholic) ties. 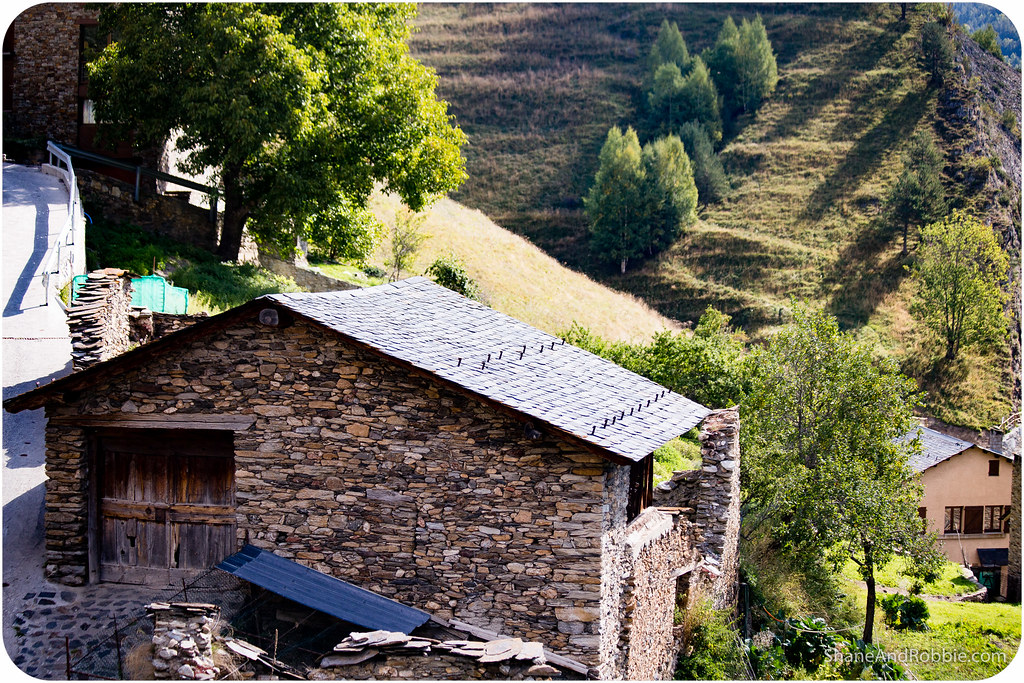 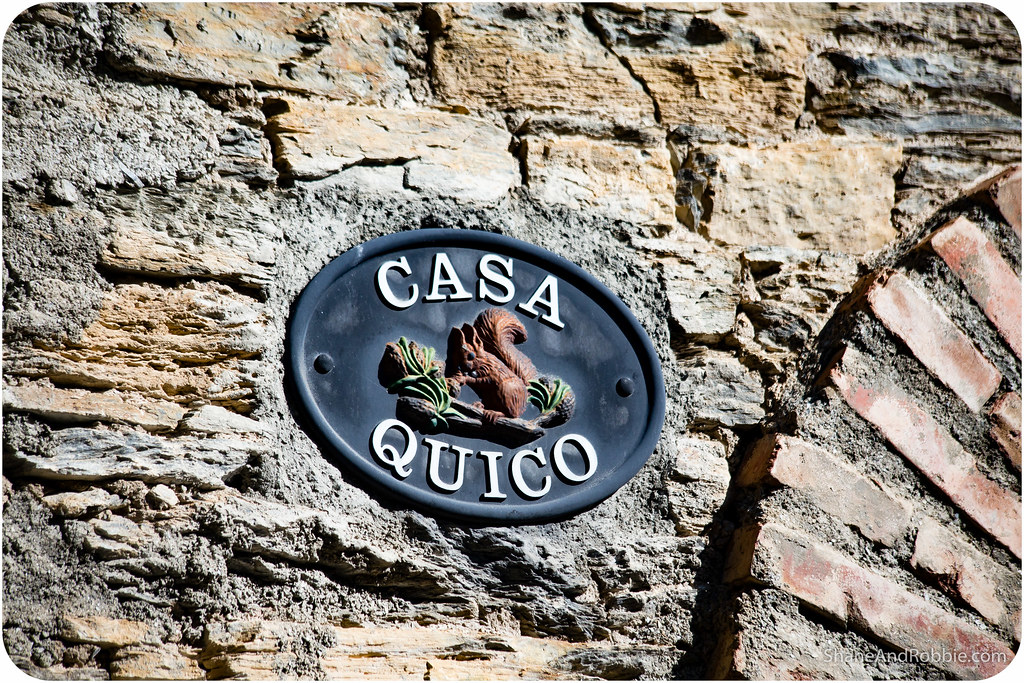 Pal is home to 235 people and consists of little more than a few dozen houses clinging to the mountainside and a church. There is a charm to this tiny village, however, that is wonderful – especially after all the duty free shops and soulless streets of modern Andorra la Vella. 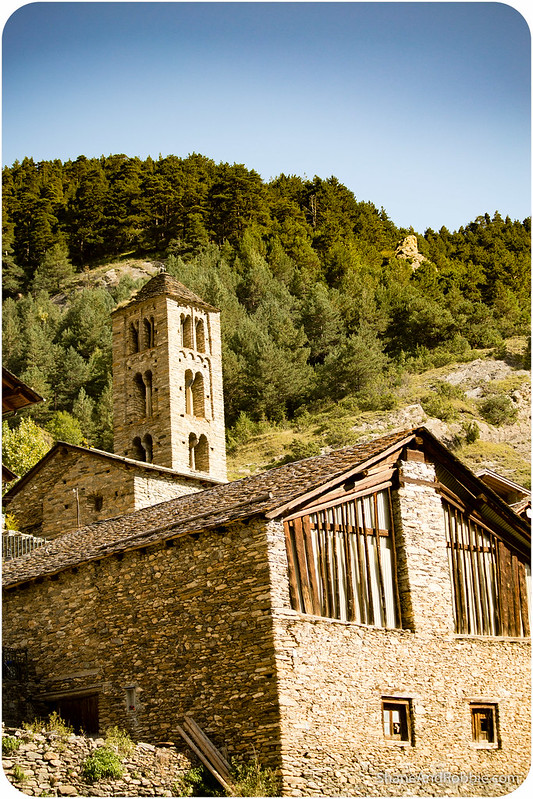 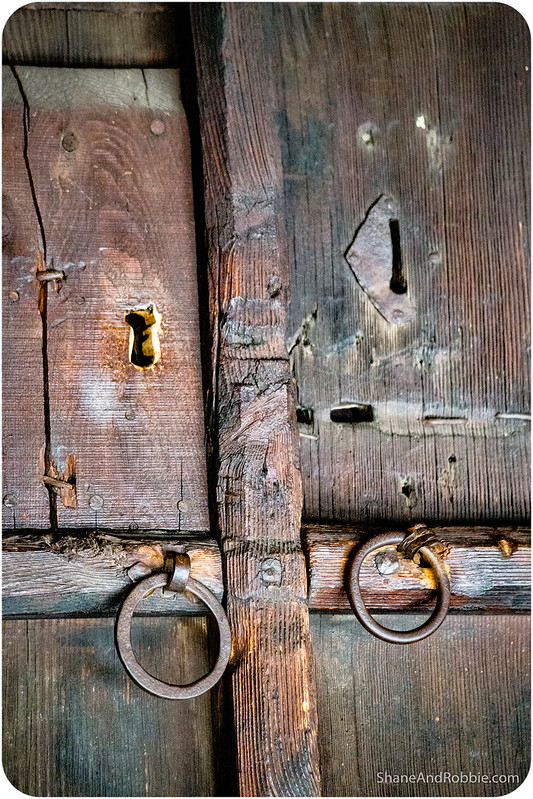 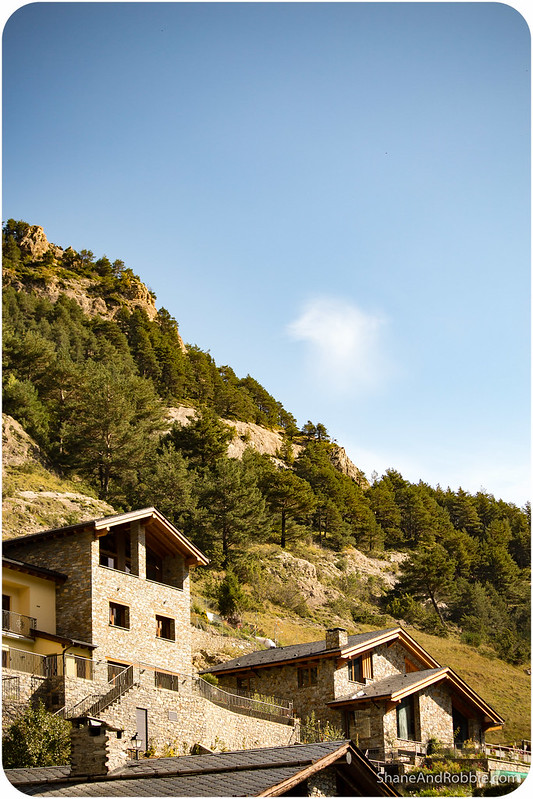 Exploring the narrow, steep lanes of Pal we could see that many of the houses had been renovated, but in a way that maintained their character. Apparently Pal is the only village in Andorra to have mandated that all homes renovated have to use traditional materials such as slate for the roofing and granite for the walls. They also banned the building of any large, modern ski resorts in the village which is one of the things that has helped keep the town so pretty. 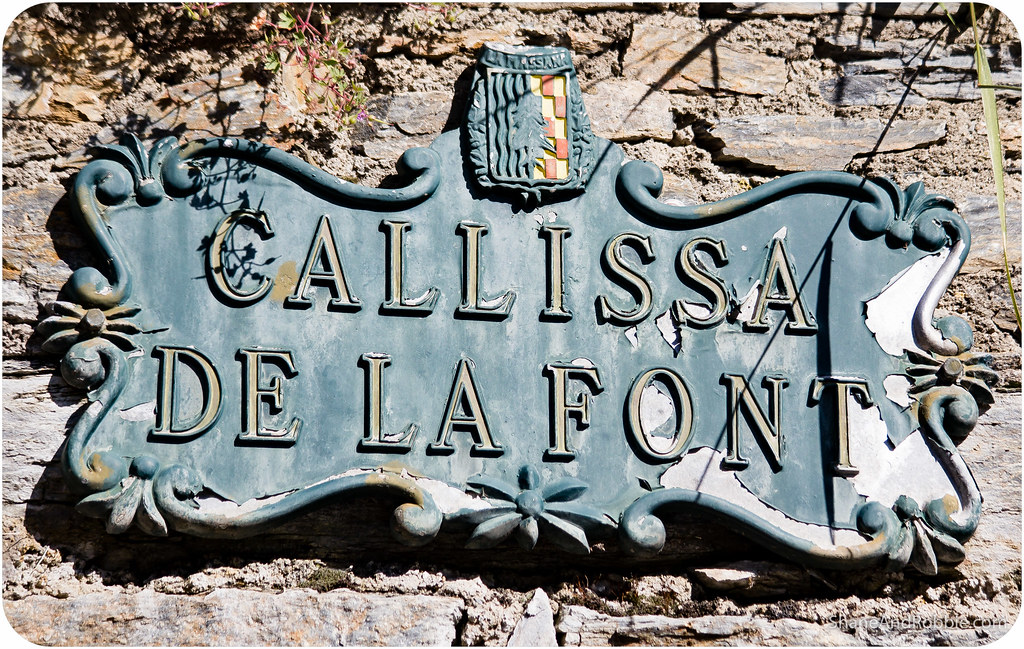 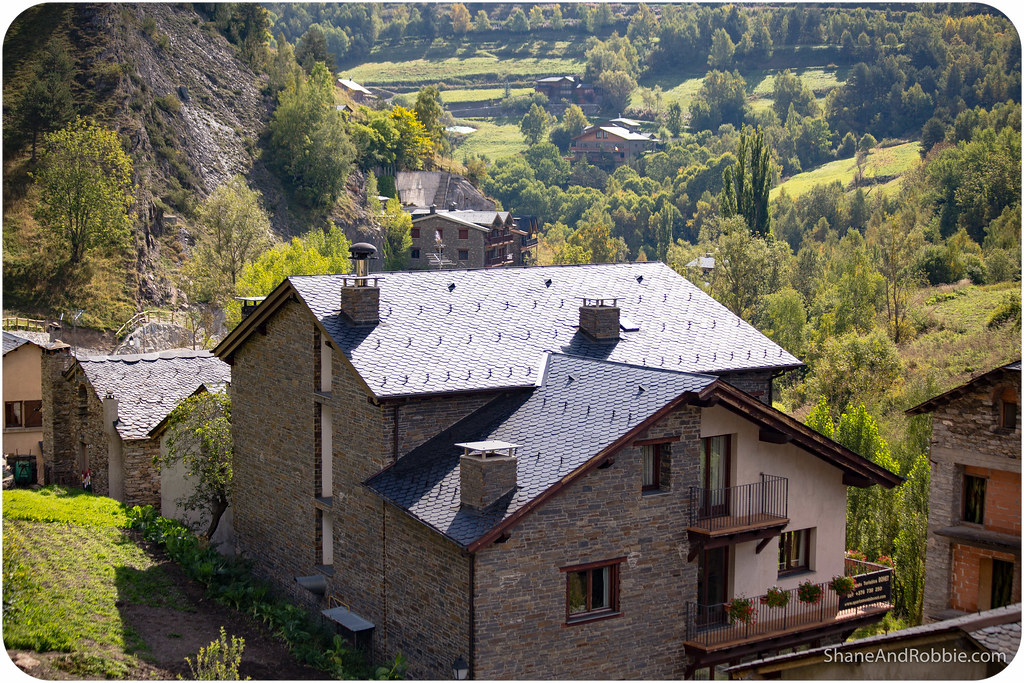 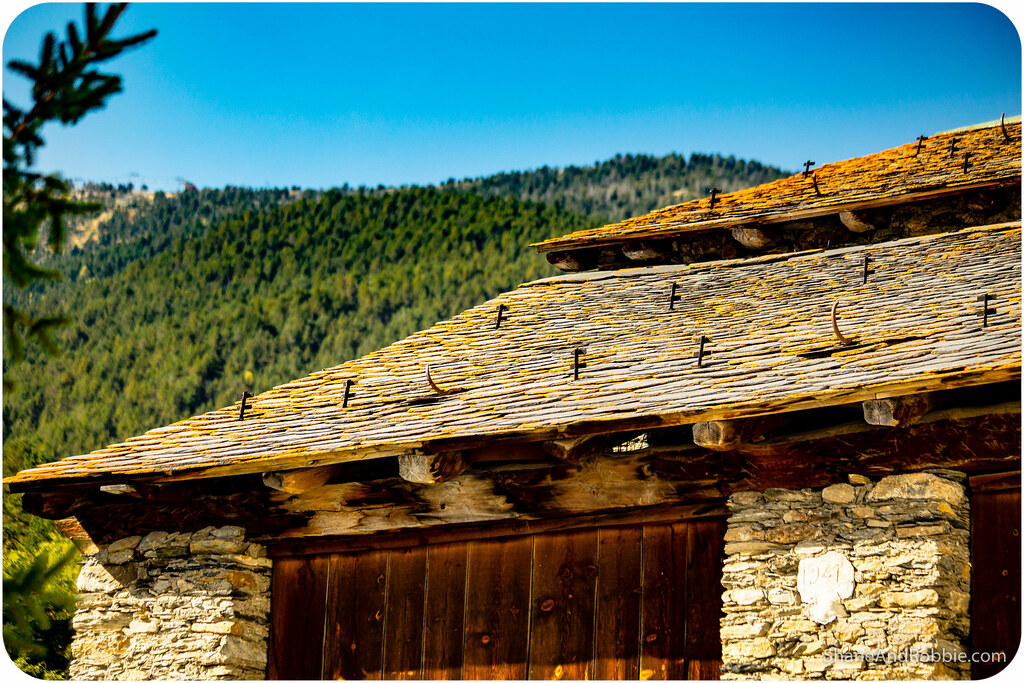 In the centre of the town is the Church of St Clement, an 11th century Romanesque chapel that has been the village’s social hub and religious centre for almost 1,000 years. Like the houses around it, the church was a simple stone building with a slate roof and minimal decoration. The only ornamentation in the church were some frescos depicting scenes from the Bible, remnants of which remain to this day. 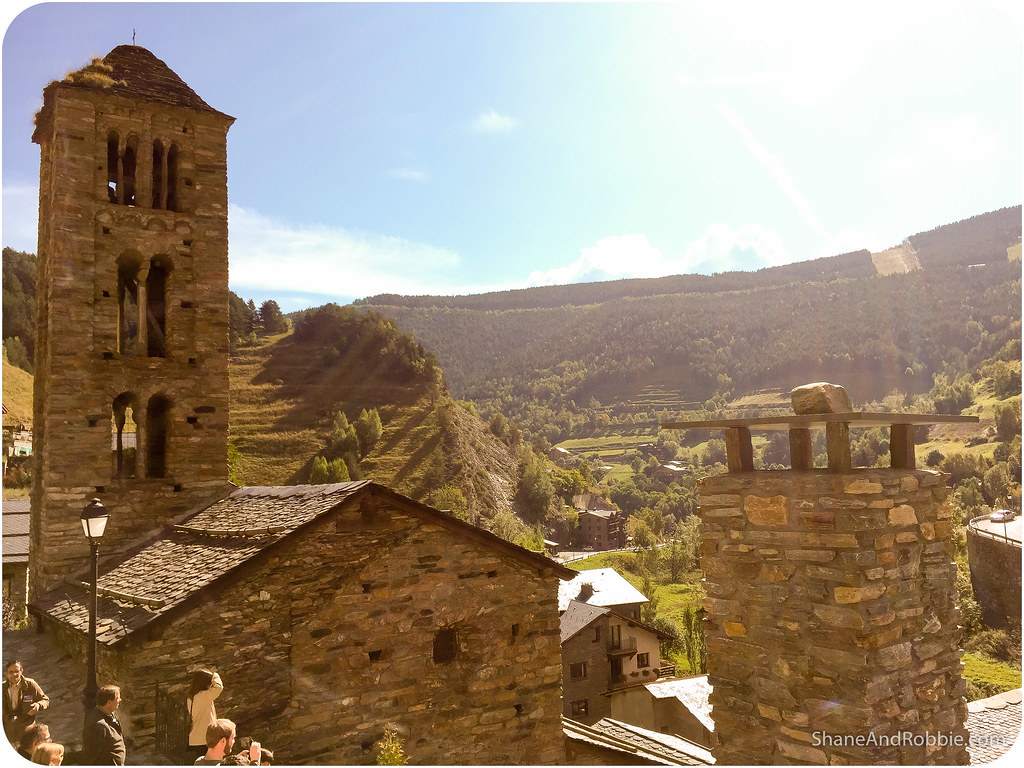 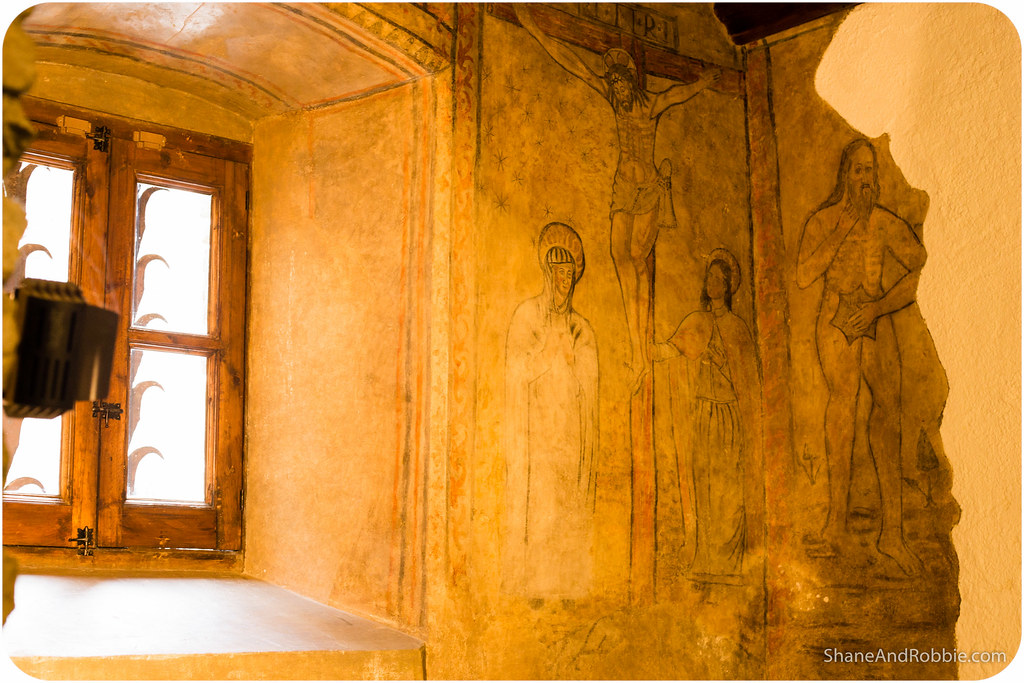 Andorra is the last independent survivor of the Marca Hispanica, the buffer states created by Charlemagne in the 9th century to keep the Islamic Moors from advancing into Christian France. Being difficult to access and poor meant this tiny sovereign state remained largely forgotten and ignored by its larger European neighbours – so much so that the nation was entirely left out of the Treaty of Versailles that ended World War I, leaving Andorra technically at war with Germany until the situation was rectified in 1958! It wasn’t until the 1959 that the road linking Andorra the Spanish region of Catalonia was paved; and mule trails were the only connections to France until the 1930s. In villages like Pal this history of isolation is evident in the architecture of the homes and churches, which date back to the early Medieval period, when function dominated over form. 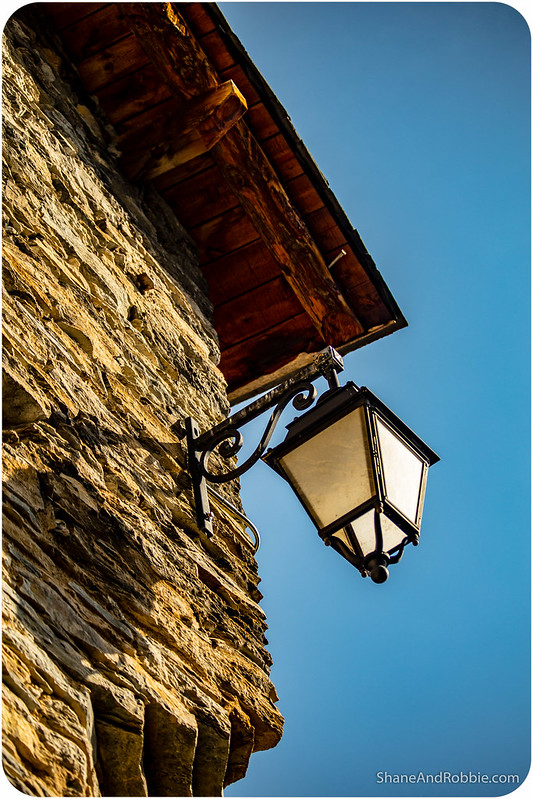 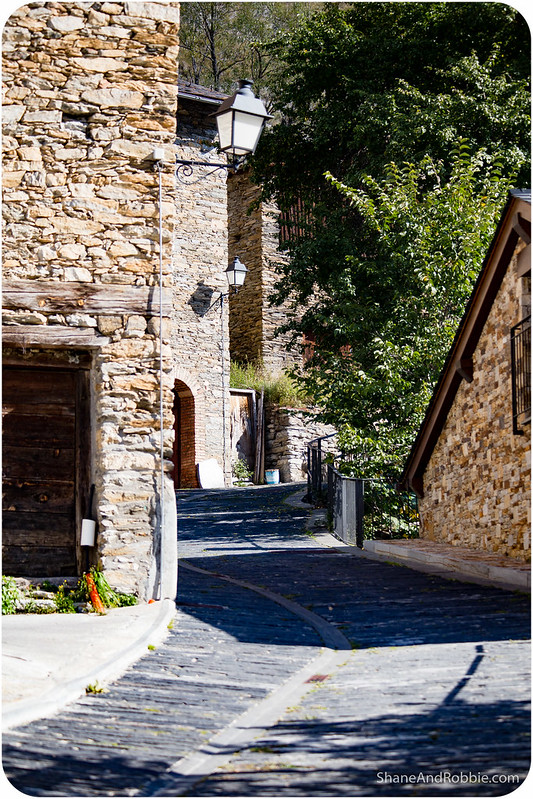 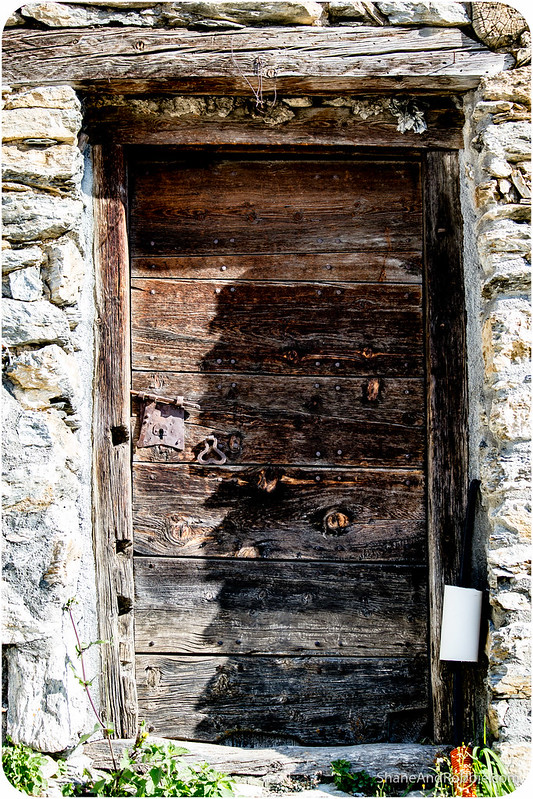 Exploring the village of Pal we could picture how the sheep and cattle herders of Andorra would have once lived – taking their animals to the high mountain pastures every summer and sheltering them in the lowest levels of their homes over the long, cold winter*. The scenery around the village was stunning, but it must have been a hard life though, especially as the soil in this mountainous region is rocky and poor**.

*Part of the reason Andorra does so well as a ski are these days is because it snows a lot here, with the ski season extending from October/November to April/May.

** The only vegetables that grow here readily are potatoes and cabbage, which means Andorra’s traditional cuisine features these heavily, usually alongside mutton, lamb, or beef. 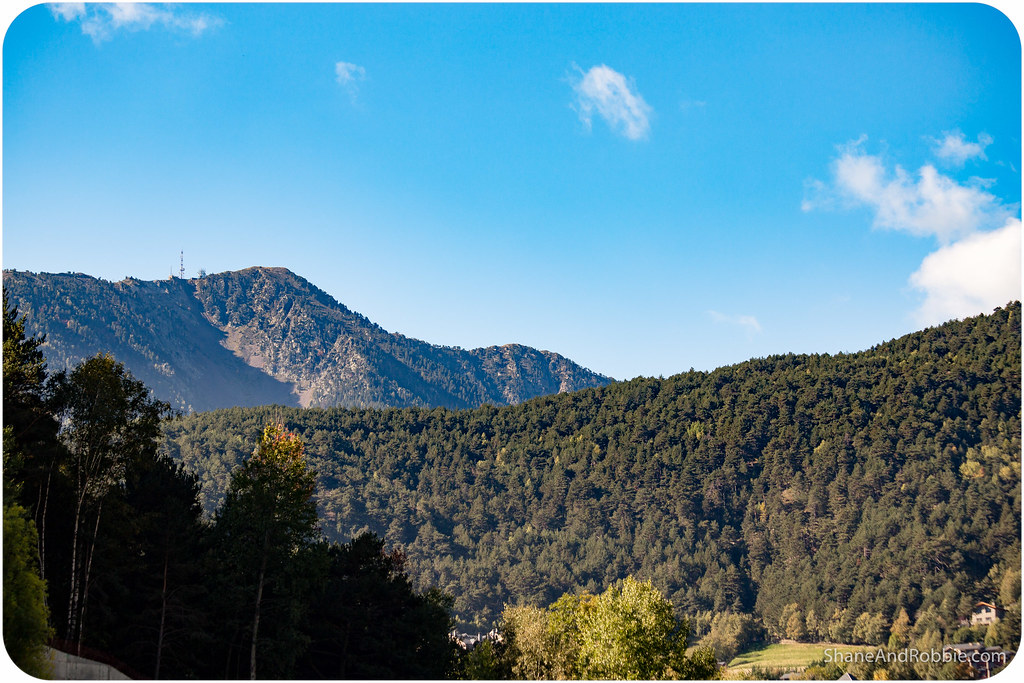 From Pal we made our way up to Vallnord, a ski resort in winter and a popular spot for mountain bikers and hikers to go in summer. We went mainly for the glorious scenery and fresh air. 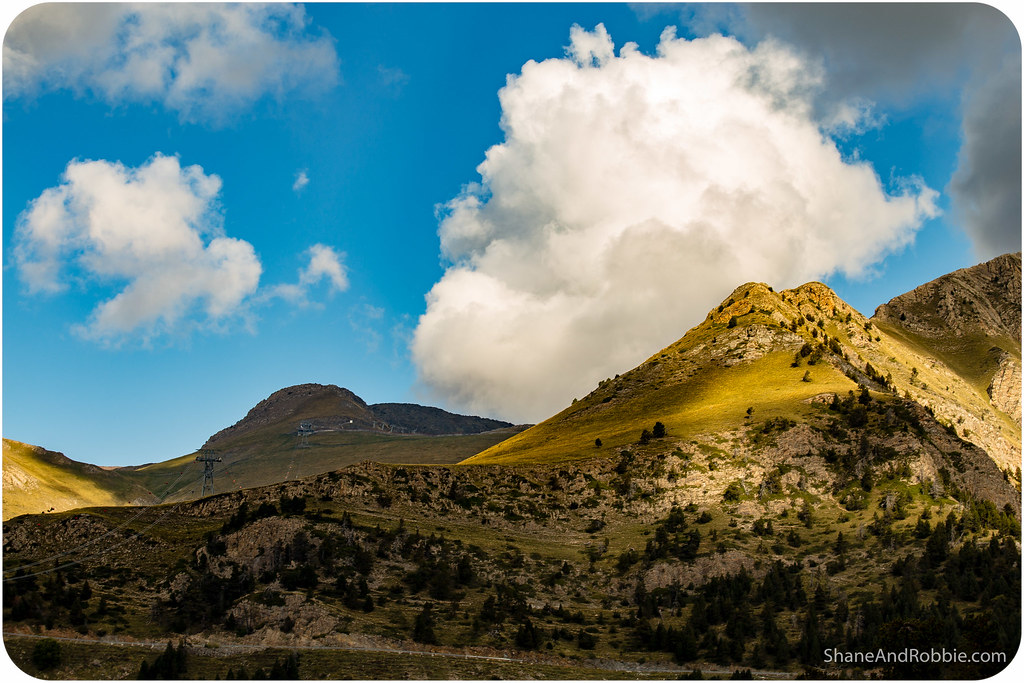 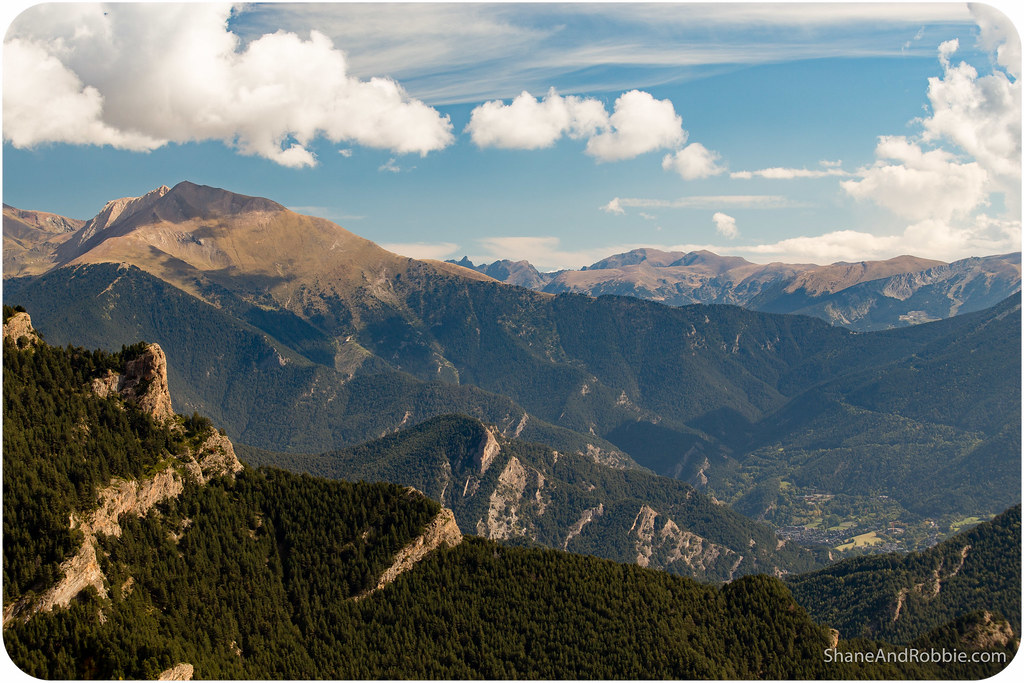 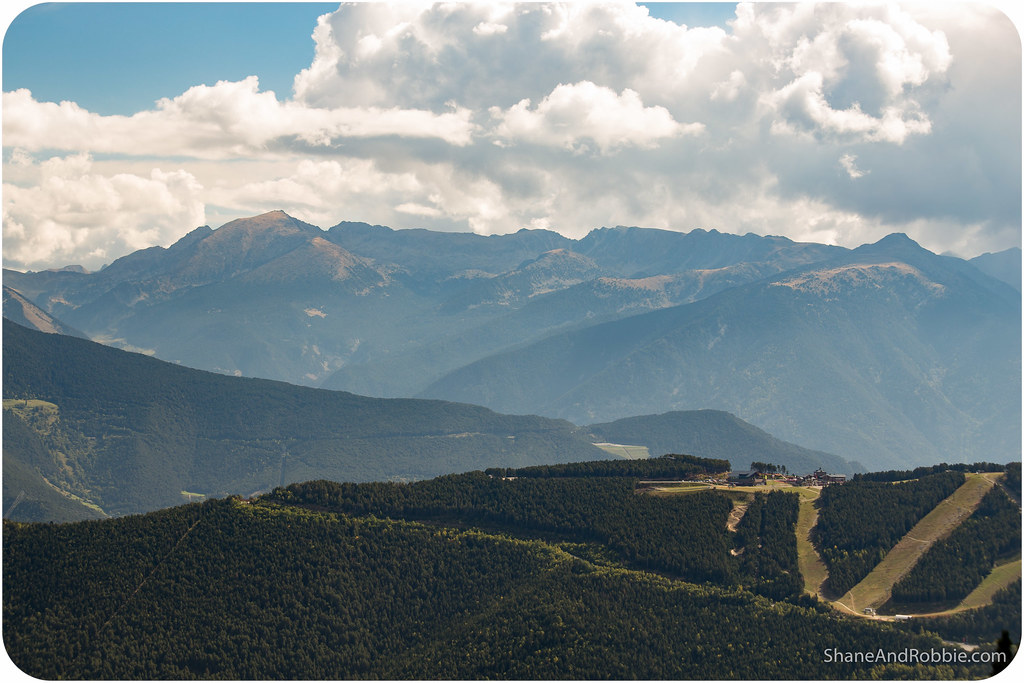 Vallnord contains the highest peak in Andorra, the Comapedrosa (2,942m) and made for a great place to enjoy views across the glacial valley, back down to Pal and across to the larger township of La Massana. 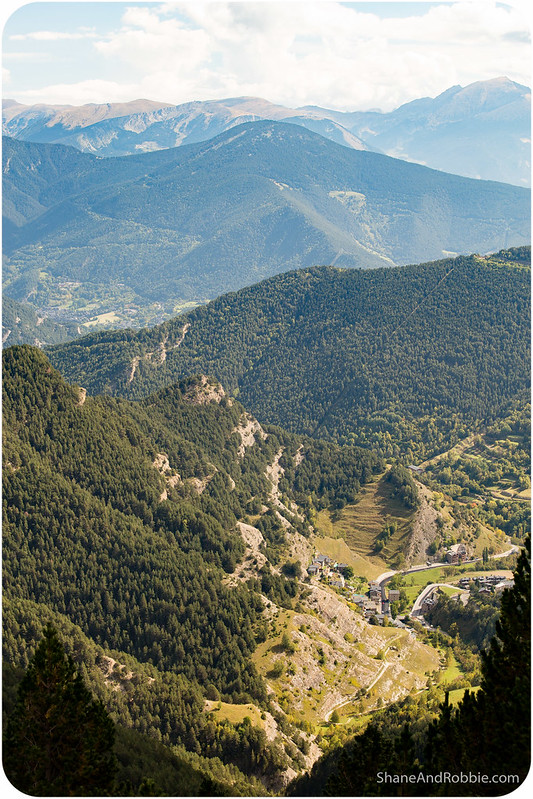 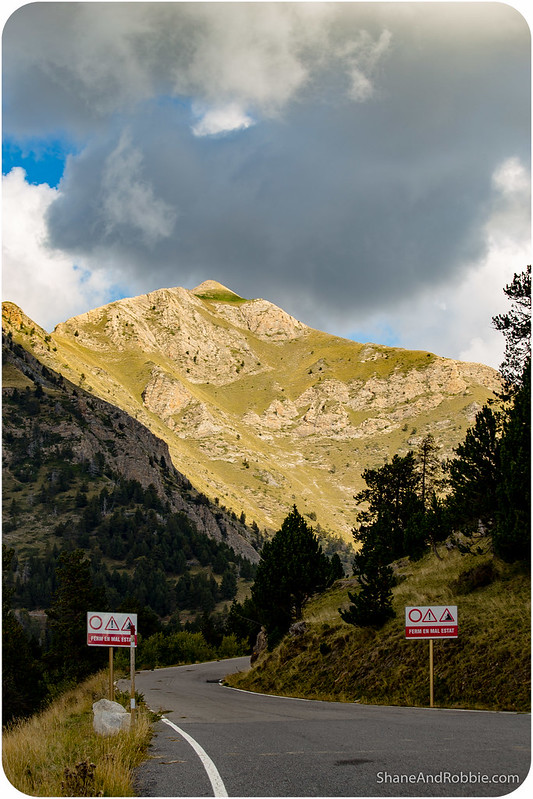 We also, unexpectedly, got to see some amazing cars whilst we were up at Vallnord. Turns out today was the 9th Annual Ferrari Club of Andorra Meeting, when the owners of these sleek sports cars bring their cars out and parade them around the nation for the day. Ferrari owner from Spain and France are invited too and the convoy drives around the bendy curvy roads of Andorra for the day, stopping in various locations to allow mere mortals like us to peer at their vehicles in envy. There were Ferraris in the convoy from the 80s, 90s, and new millennium, with red being the most popular colour of choice. Driving around Andorra in one of those cars must be A LOT of fun! 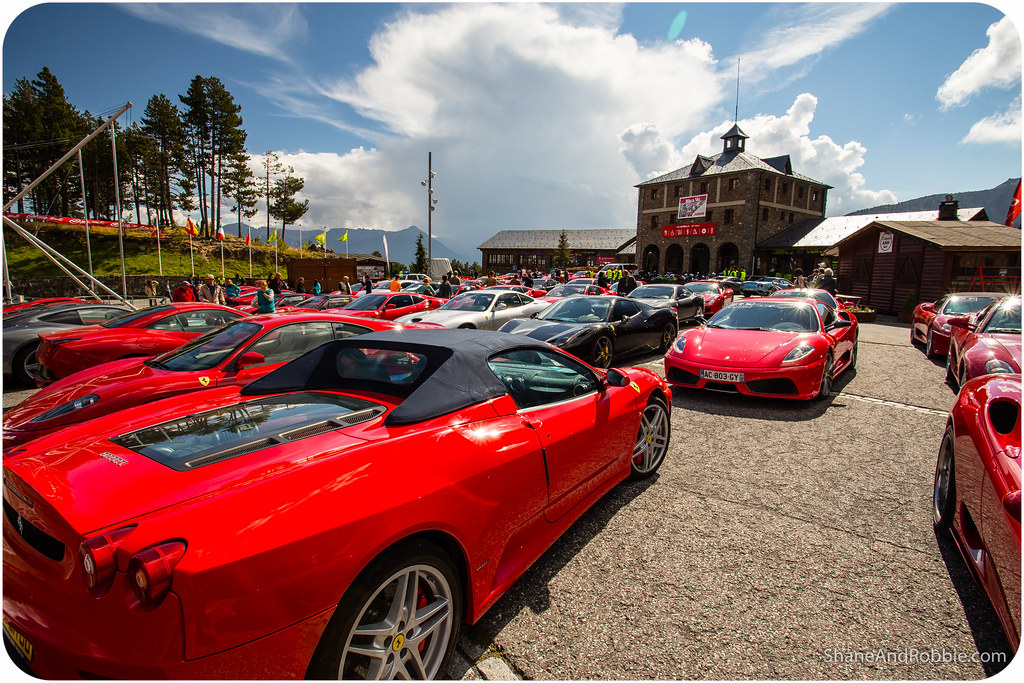 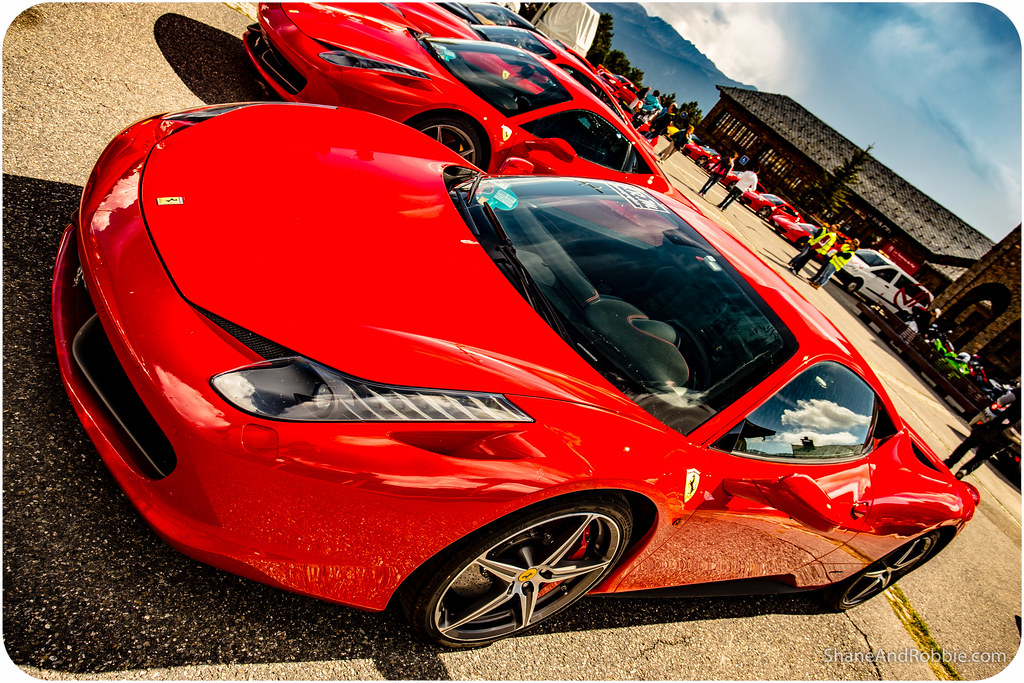 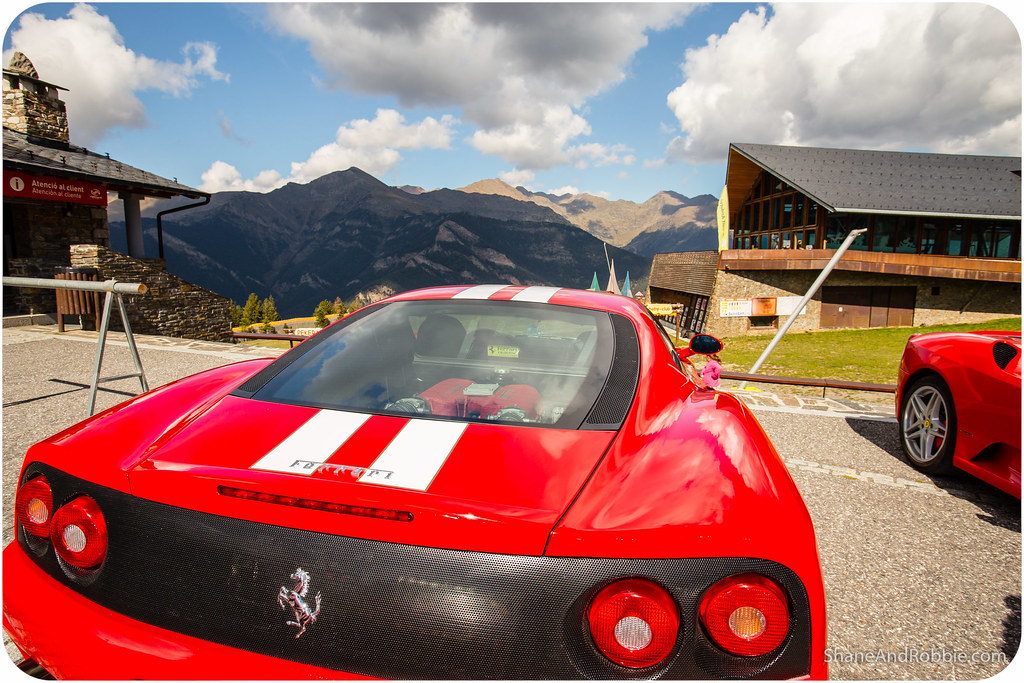 After drooling over the scenery (and the Ferraris) for a while we caught the Massana cable car down the other side of the mountain, into the township of La Massana. As you’d expect the views from the cabe car were pretty spectacular! 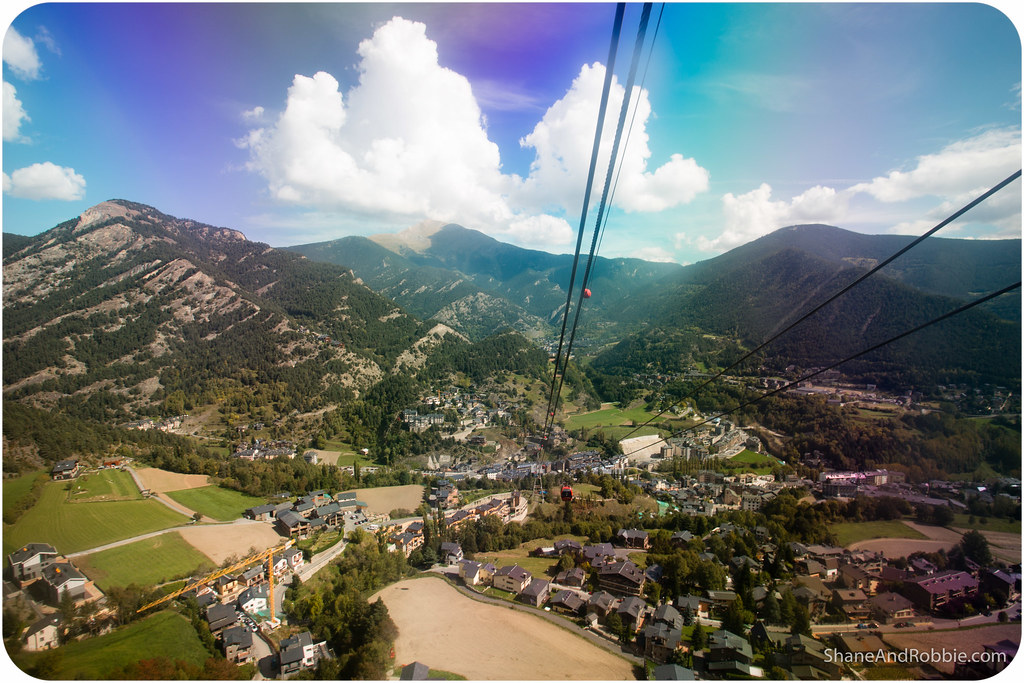 In La Massana we stopped in to see the Farga Rossell, an old iron forge that’s open to tourists and showcases Andorra’s iron-working history. There we learnt that the Andorran Pyrenees region is rich in iron ore and has a long tradition of extracting, processing, and working iron. The visit to the forge included a demonstration of how the iron was once worked, using simple man power and the harnessed strength of water flowing from the nearby stream to power hammers that beat the metal into bars. What was most fascinating to us was that iron was worked this way until 1842, when the Andorran iron could no longer be produced at a cost that compared favourably with that being produced by more advanced, industrialised nations. 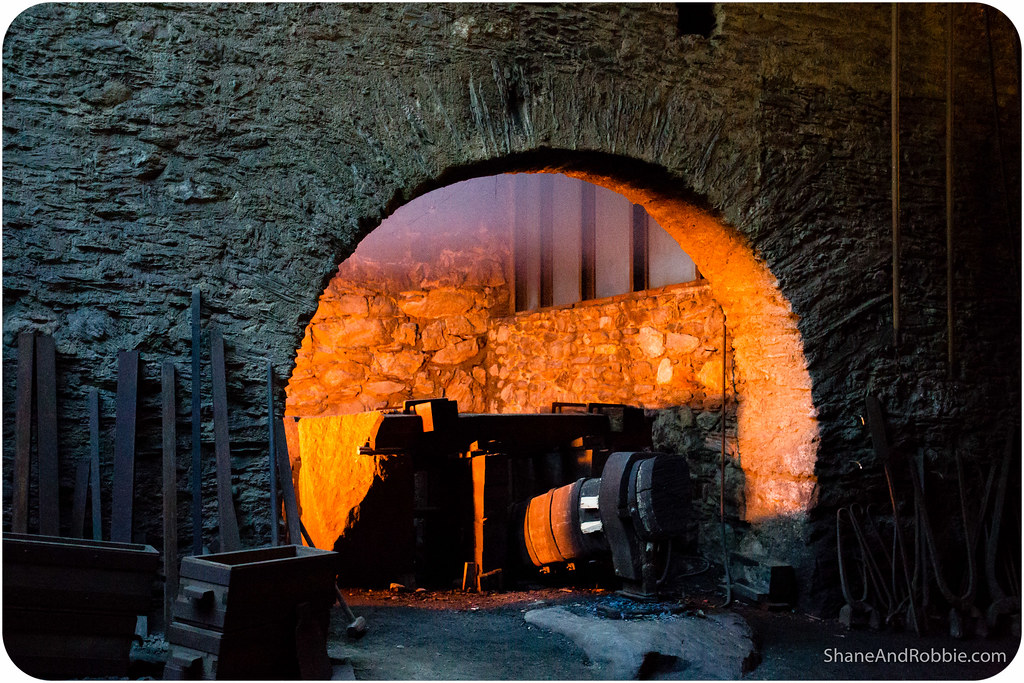 After the demonstration of how the iron would have once been worked we stopped to have a chat to one of the (English speaking) demonstrators, wanting to know a bit more about this rather primitive process of extracting and working iron. He answered all our questions willingly enough, but did make us laugh with his honesty when we asked him if he was a blacksmith and of he worked in the smithing field full time. His answer: “No way! I’m a ski instructor. I just do this in the summer for the tourists.” Guess it’s our fault for asking! Still, it was interesting enough. The whole thing is one of those tourist attractions that’s equal parts naff and interesting, and not worth the trip alone, but not a bad thing to include if you’re in the area. 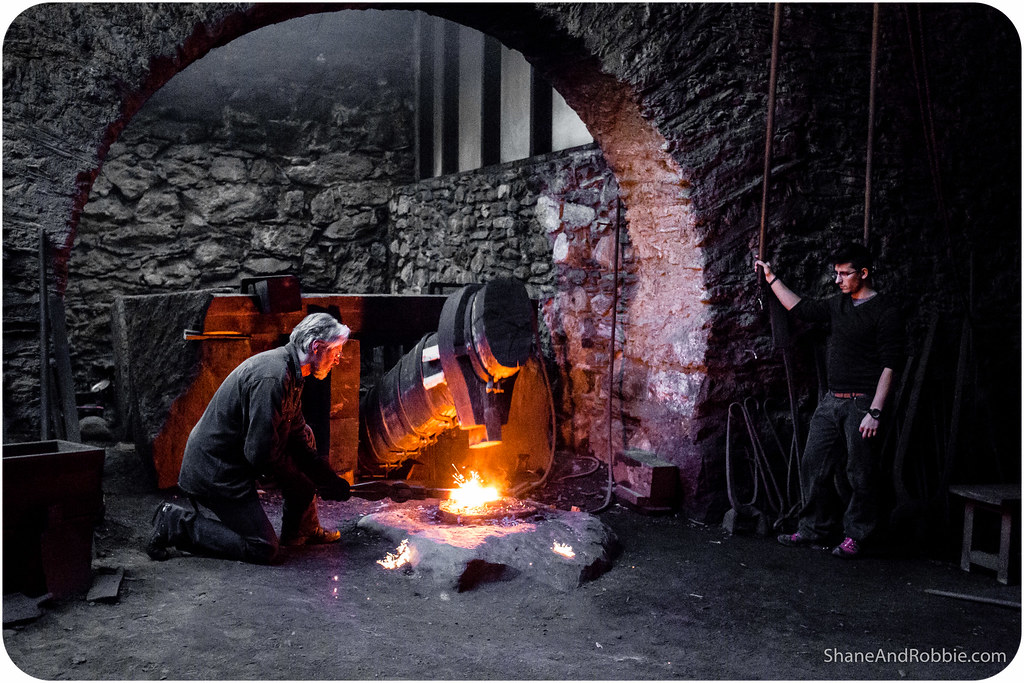 Having had our fill of pre-industrialised Andorran history we got back on the bus and made our way back to Andorra la Vella for another relaxing evening in this odd little town. We’ve discovered it’s actually a nice, quiet place to hang out – as long as you avoid the duty free shops! 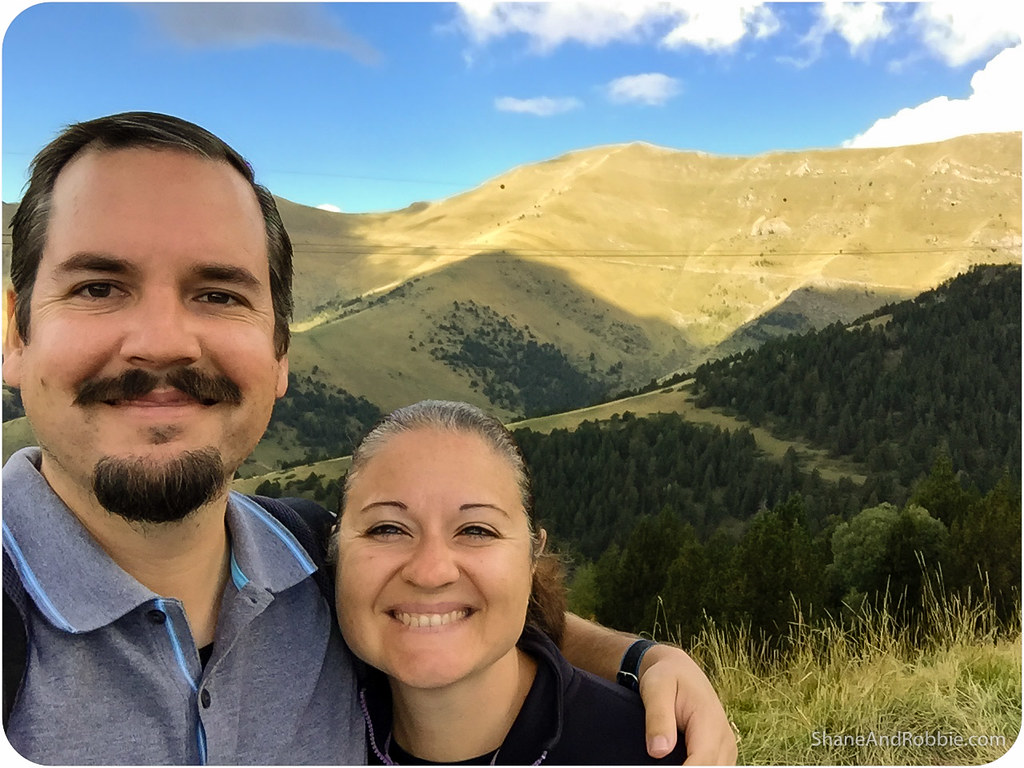