WETLAND WANDERINGS
Borneo is the third largest non-continental island in the world, and a haven for a whole host of jungle animals – including orangutans, proboscis monkeys, macaques, langurs, Pygmy elephants, turtles, crocodiles, water buffalo, and thousands of different species of birds. It’s a veritable tropical Eden with one of the world’s most varied and biodiverse selection of flora and fauna. Keen to explore some of the island’s natural wonders, we set out today on a wetlands safari to see if we could spot a few of Borneo’s furry and feathered inhabitants. 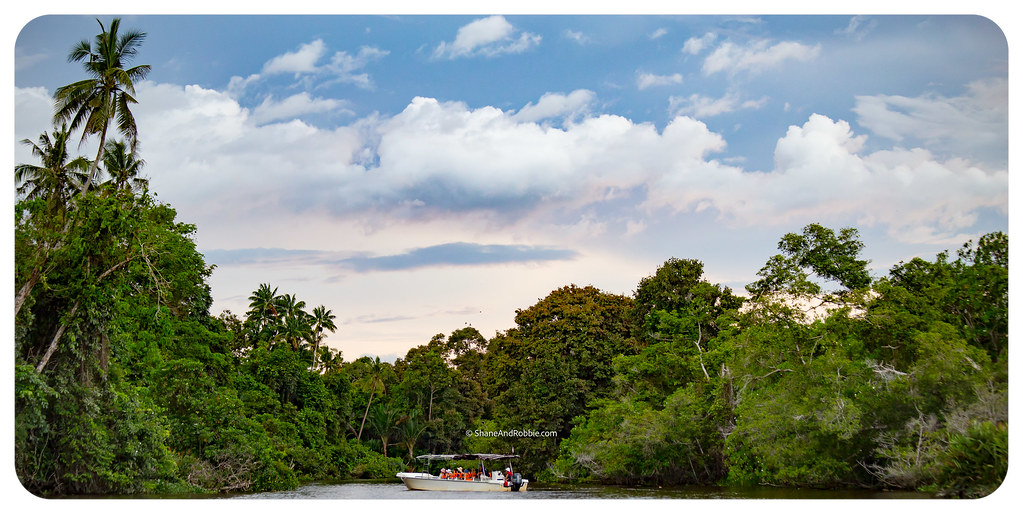 Our safari took us out of Kota Kinabalu (KK) and south to the Garama-Kilas Wetlands. This 50 square kilometre expanse of swamp is formed where the Garama and Kilas Rivers meet and empty into the South China Sea. Best known as a refuge for proboscis monkeys, this vast expanse of marshlands is also a natural breeding ground for Bornean fireflies. 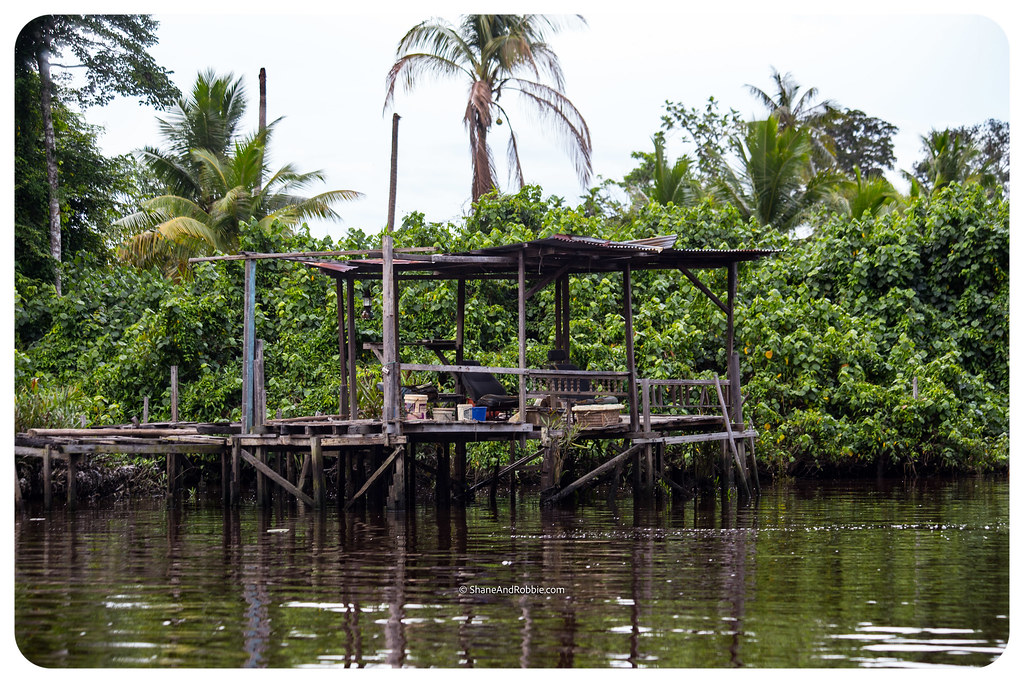 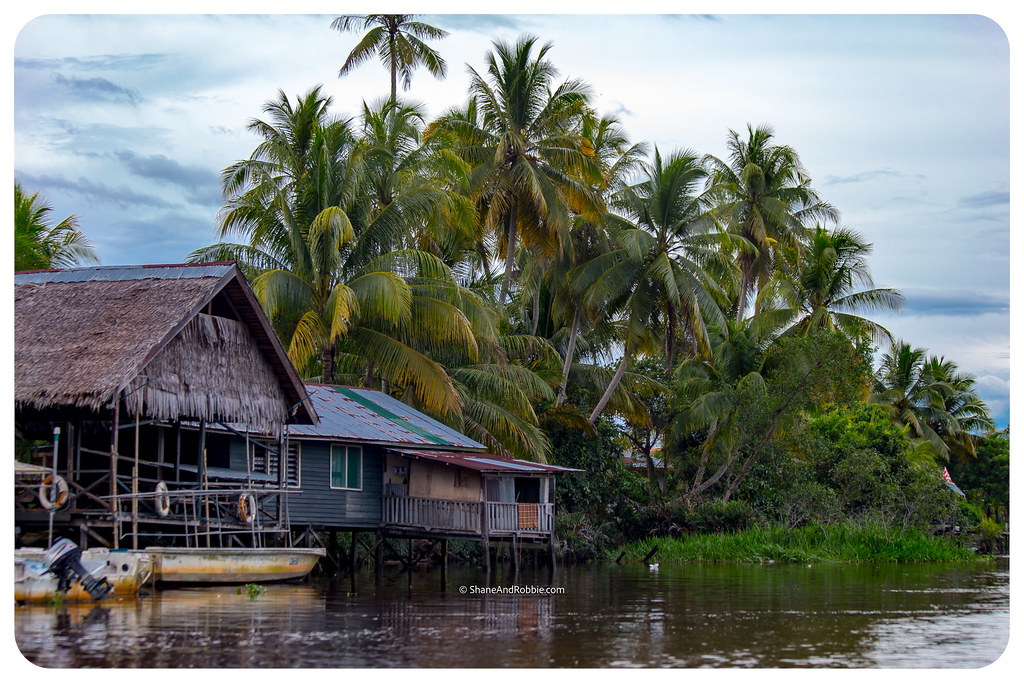 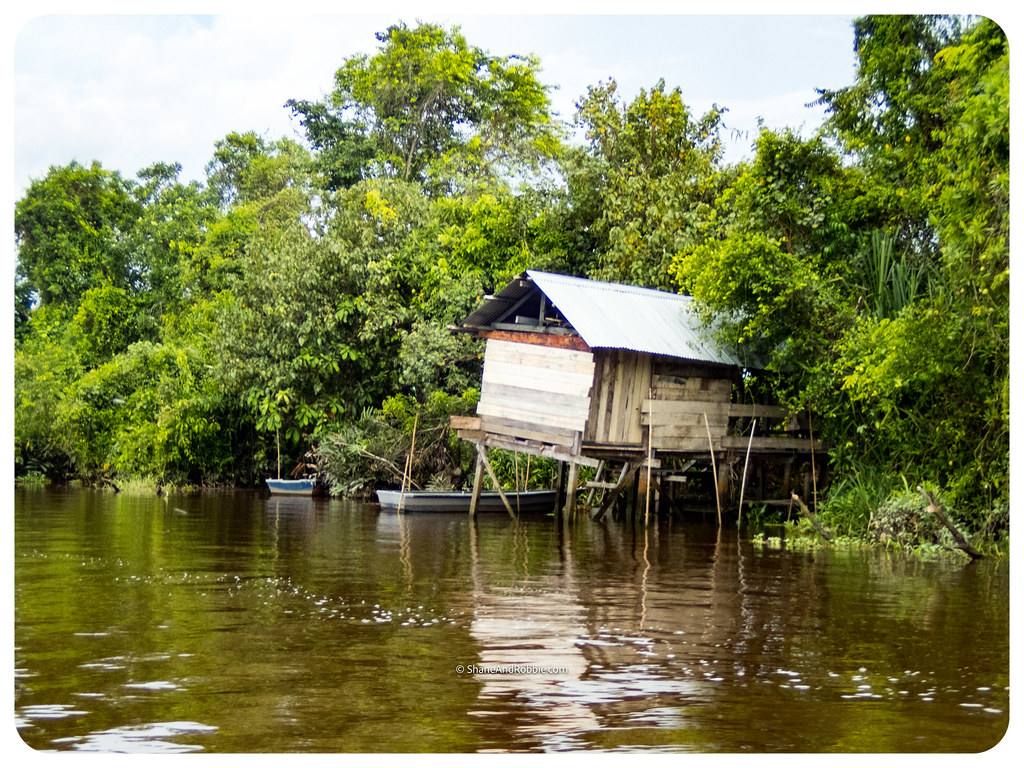 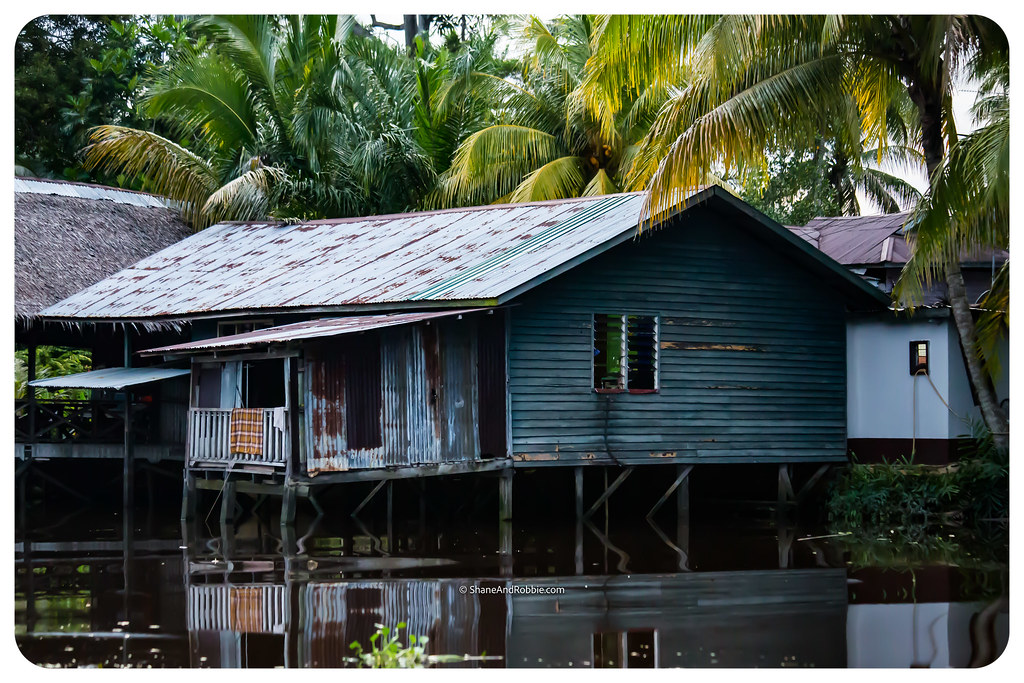 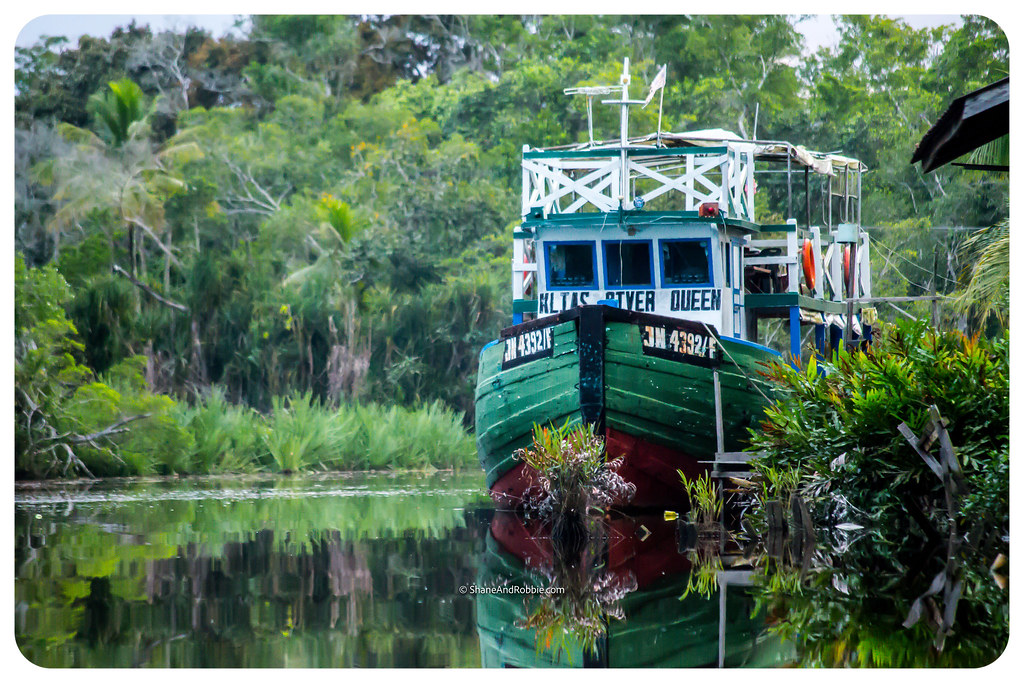 We don’t mind doing a bit of monkey-spotting, so we organised a day trip to the Garama-Kilas Wetlands through a local tour company that promised lots of wildlife viewing. They picked us up around 2:00pm, and drove us the 130km down to the Garama River. On the drive down we passed a few rural villages and lots of lush greenery – everything you would expect and hope for in a tropical destination. 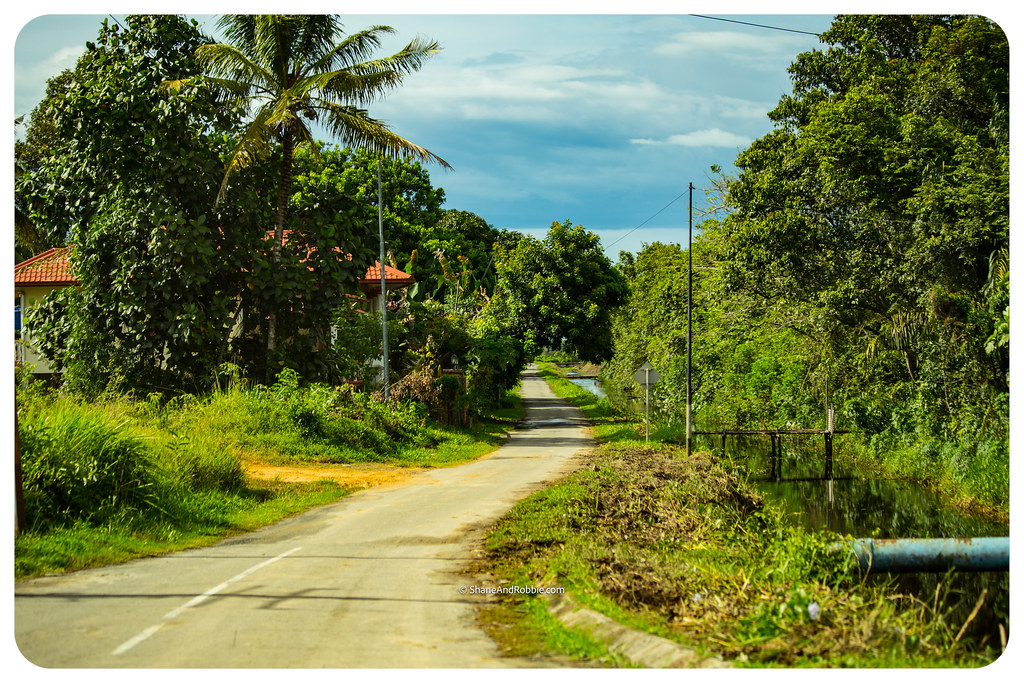 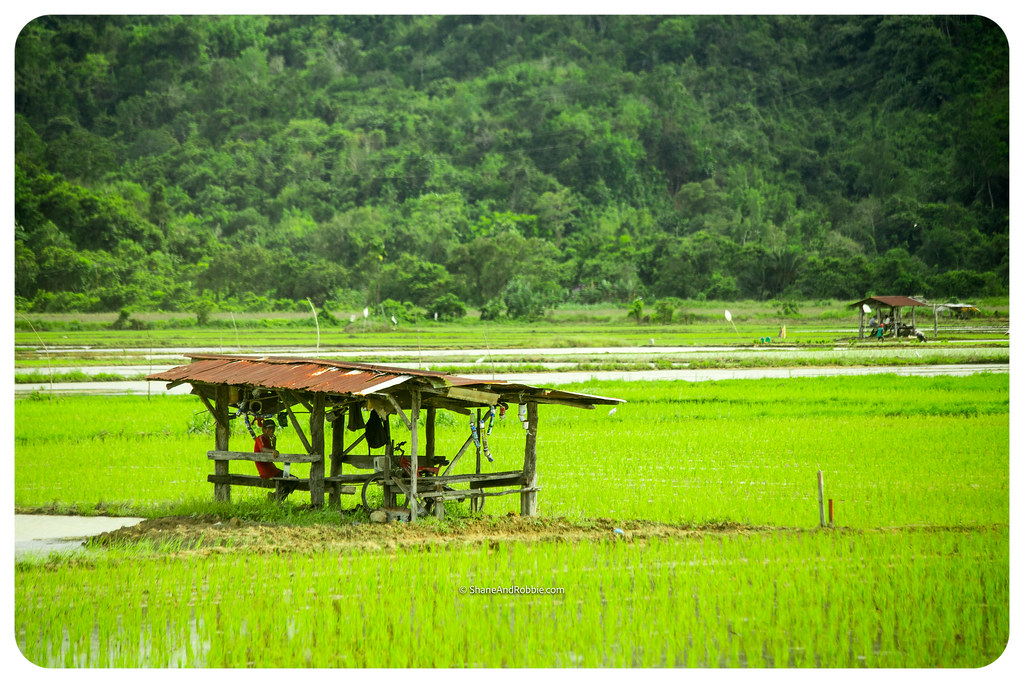 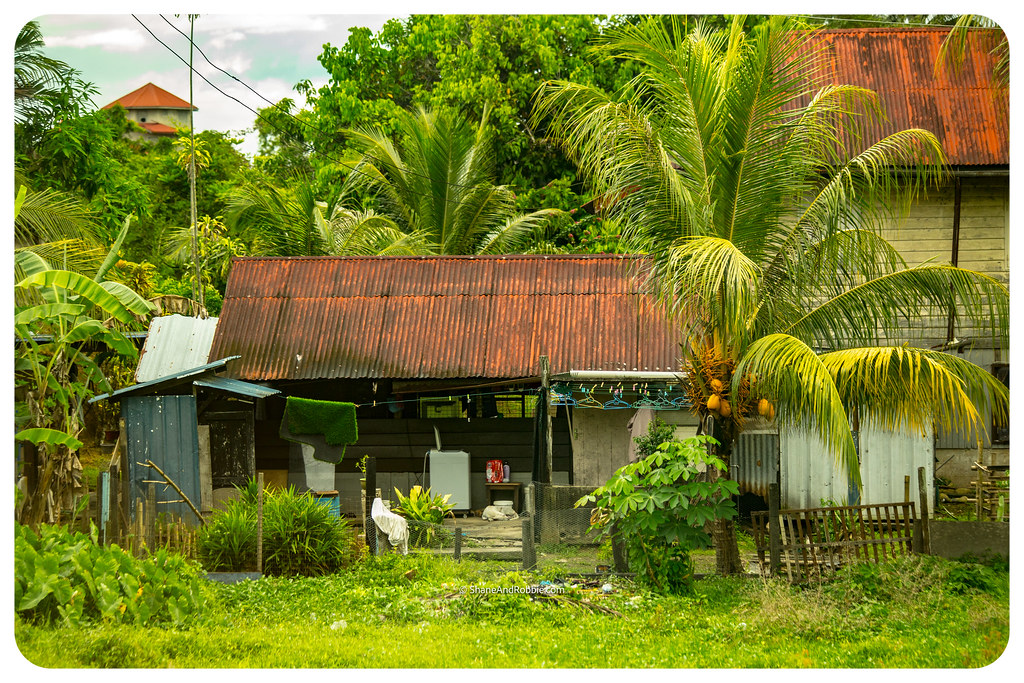 Arriving at around 4:00pm we were herded on to a small wooden boat and spent the next 90 minutes putt-putt-putting our way along the Garama River, playing “spot the monkey”and “swat the mosquito” in equal measures*.
*A note to any intrepid traveller seeking to explore Borneo: insect repellent is NOT optional. This is one wet place and mosquitoes are plentiful; plus there’s zika, dengue, Japanese encephalitis, and even malaria around. Best to just avoid getting bitten really. 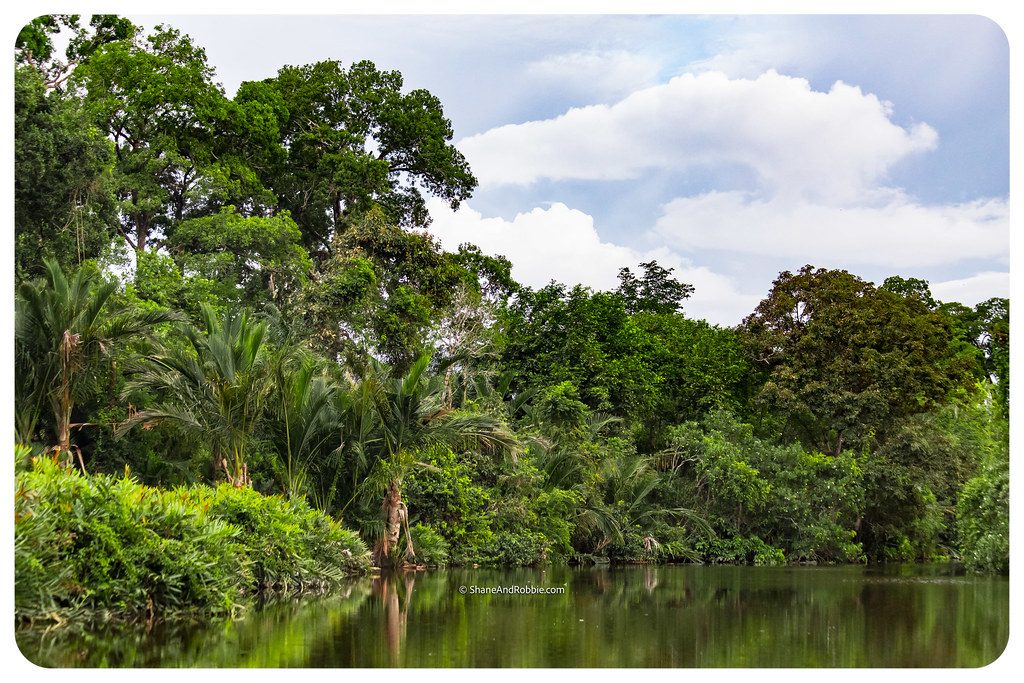 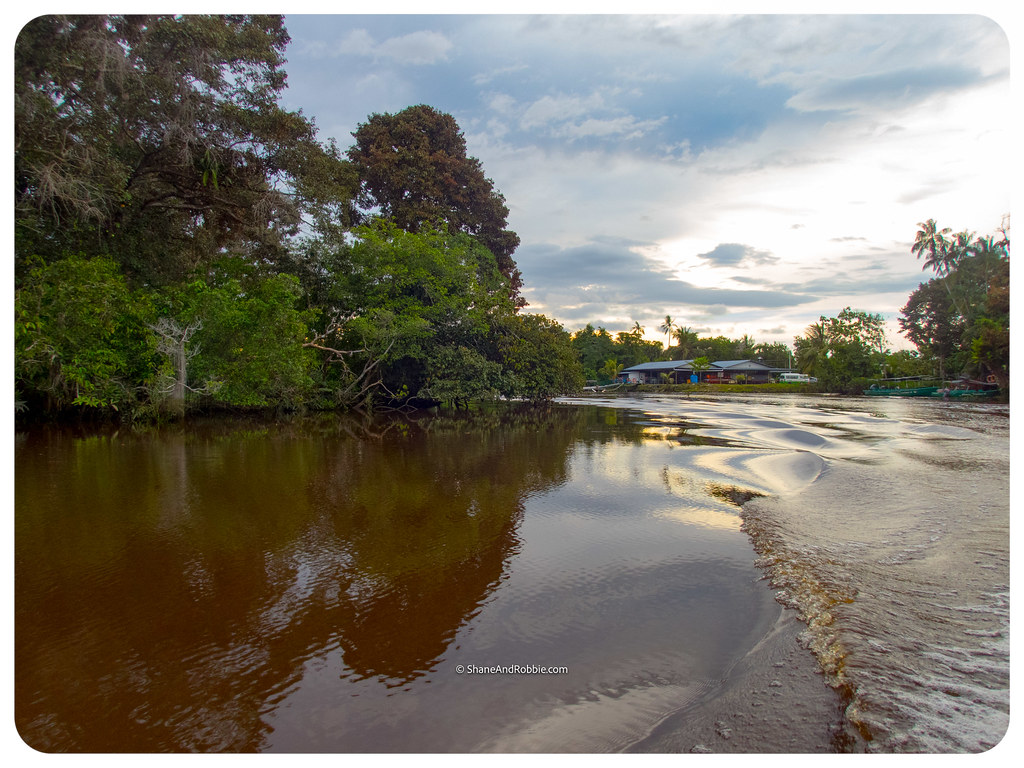 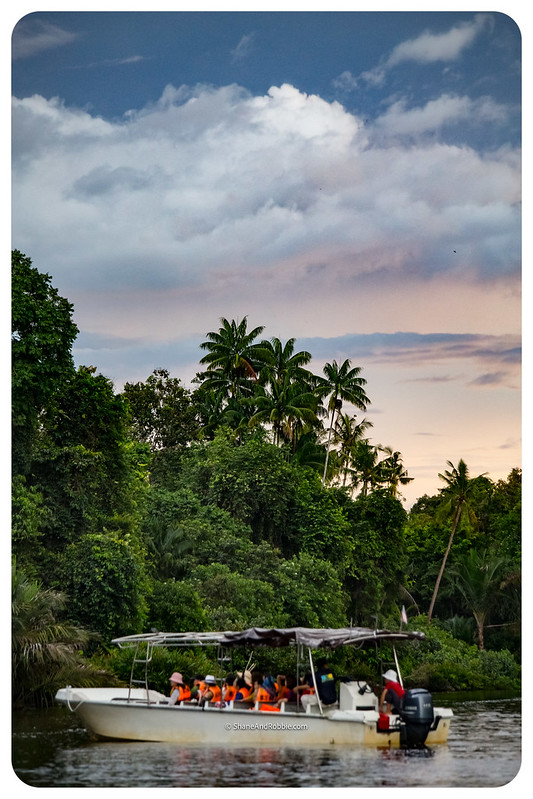 The afternoon river safari was great, with plenty of wildlife to be seen, including a few long-tailed macaques. Of all the Bornean primates, macaques almost certainly have the worst reputation, being considered a pest throughout much of the region. Really their pest-like status is simply a result of their resilience and adaptability, and their ability to thrive in almost any environment – including villages and towns. 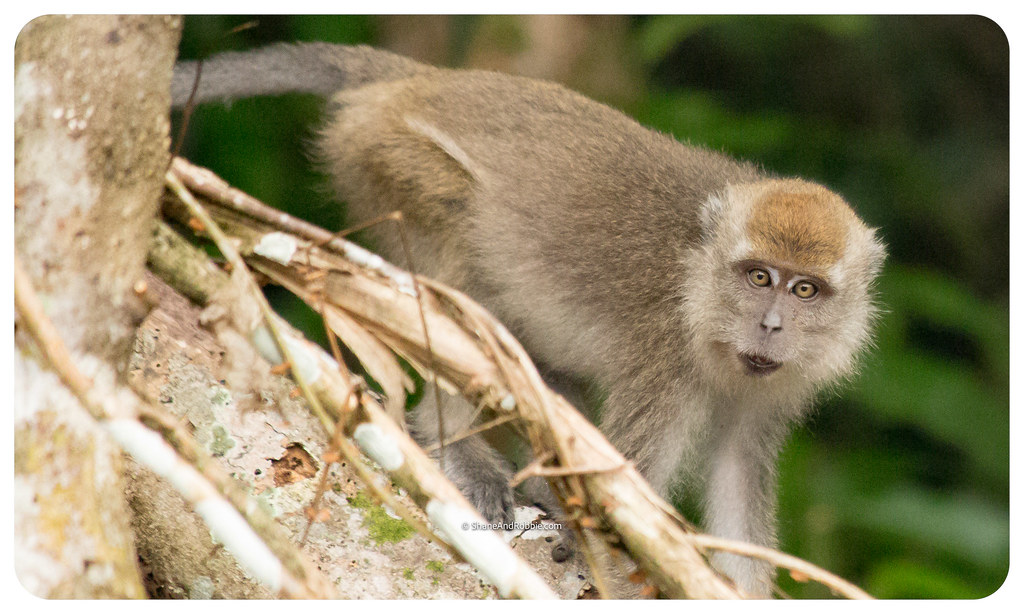 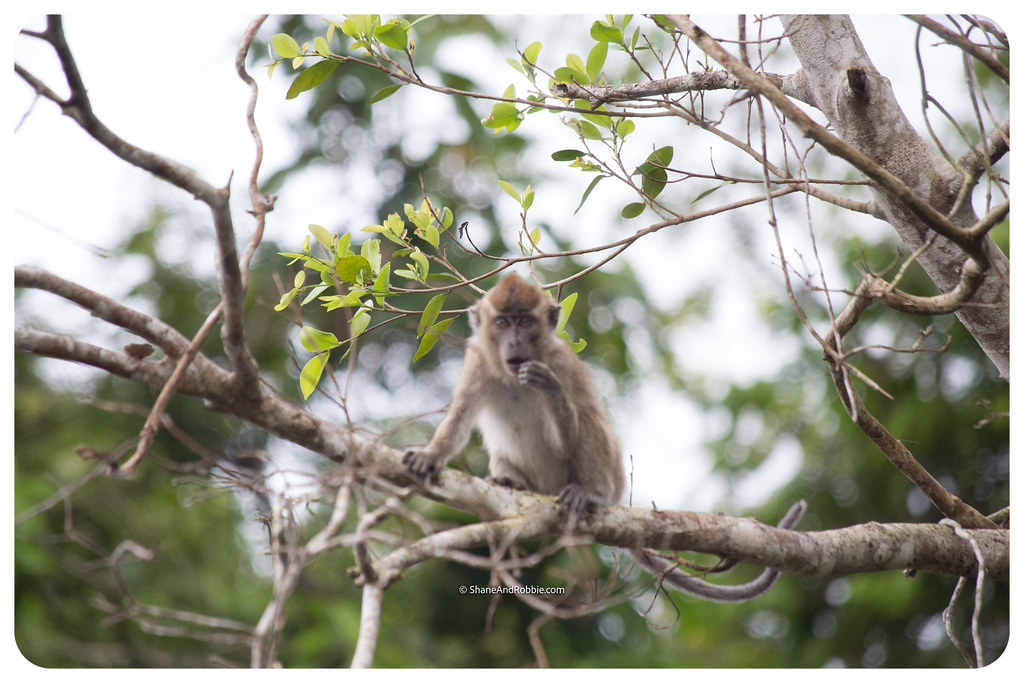 The highlight of this tour was, however, seeing the proboscis monkeys in the wild. We’d seen them a couple of years ago at Singapore Zoo, but as is always the case, being able to watch creatures in their natural habitat is far better. 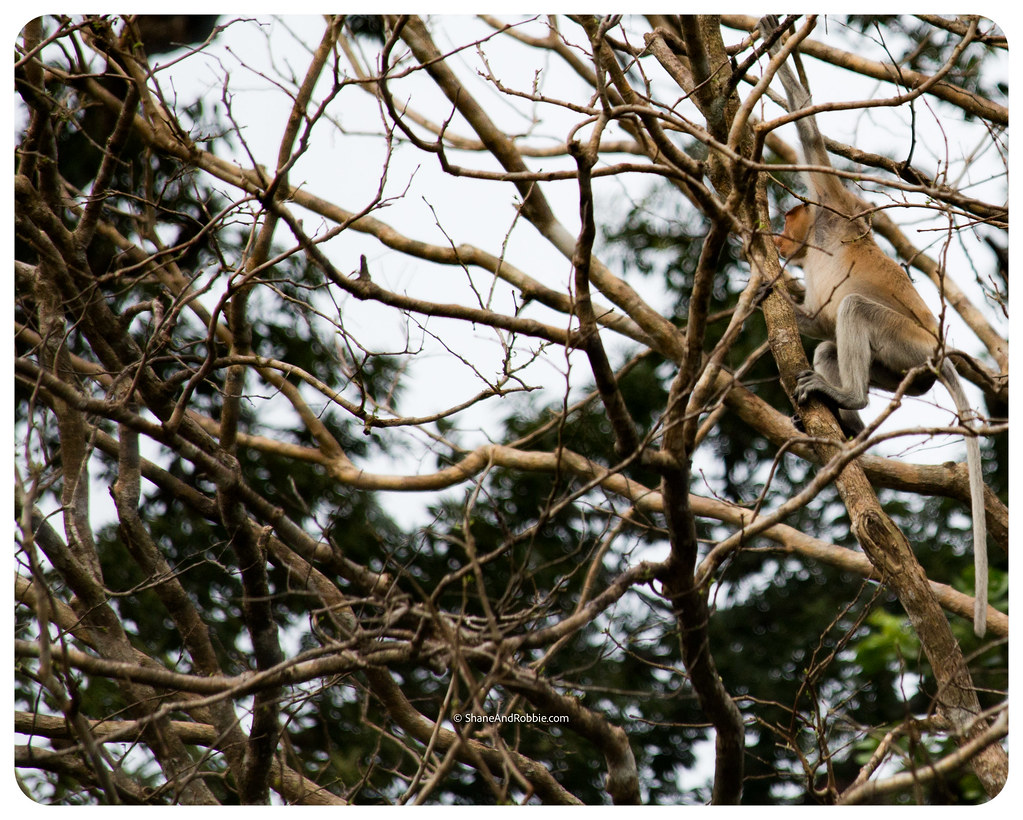 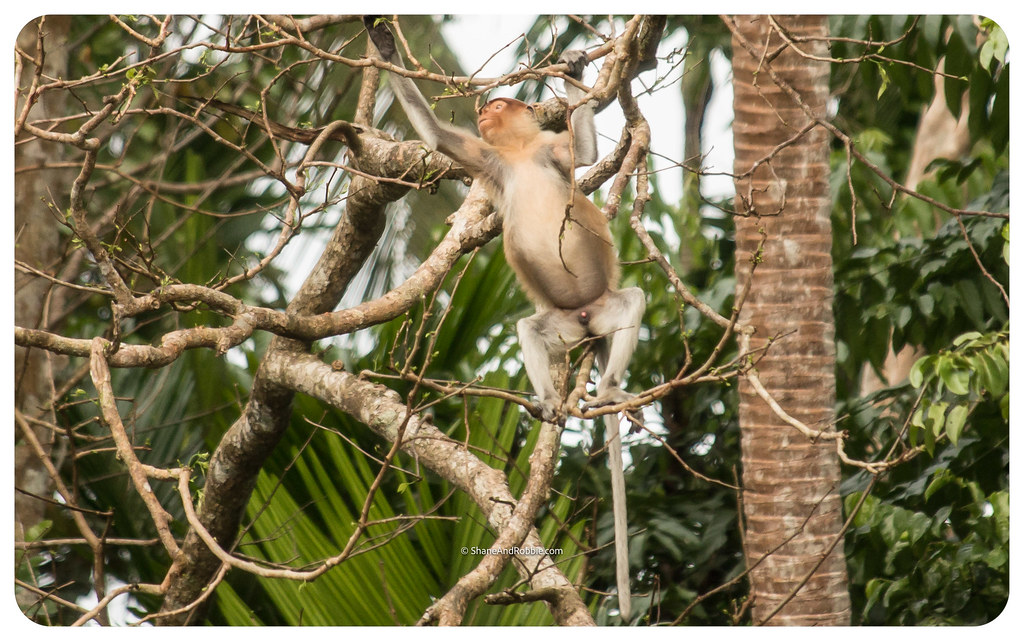 Following this first river safari we pulled up on land once again and were treated to a buffet dinner of traditional Malay curries, stews, rice, noodle dishes, and tropical fruits. It was pretty good, though buffet meals tend to not be our favourite – we’d rather have something freshly broiled or wok-tossed any day! Still, it was nice to sit by the river and enjoy the sunset whilst refuelling. 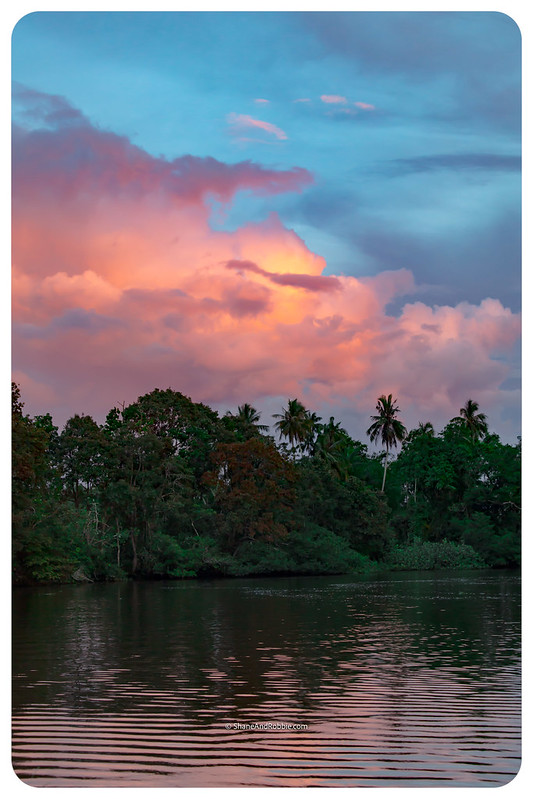 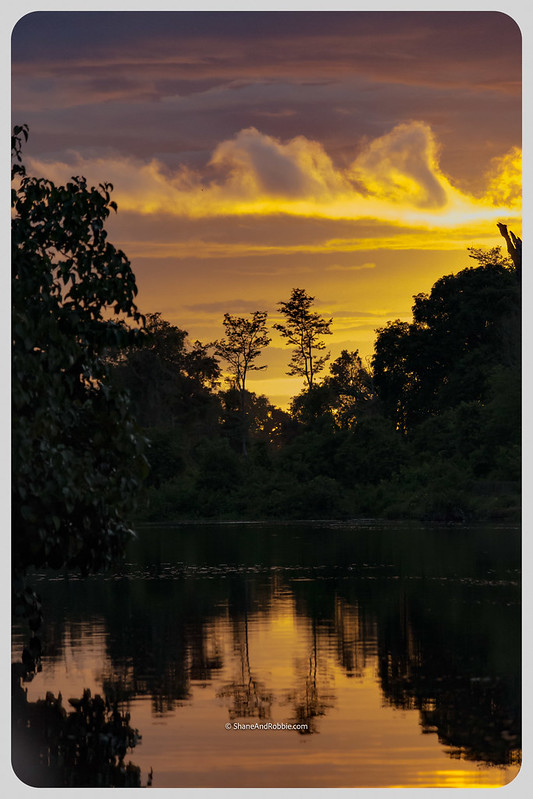 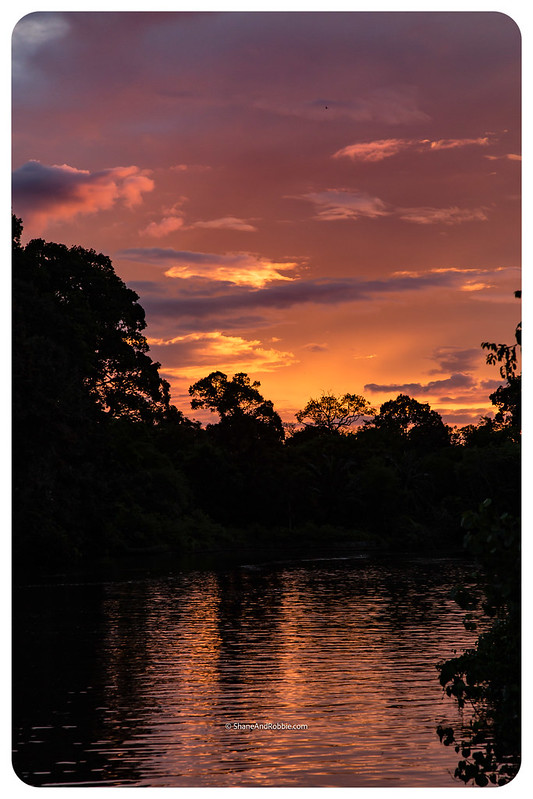 As the day’s light faded and dusk settled in, the wetlands’ other famous residents came out to play: the fireflies. We set out again in our small open boat and spend a pleasant half an house drifting through the mangrove forests once again, watching the fireflies glittering like lights on a Christmas tree. 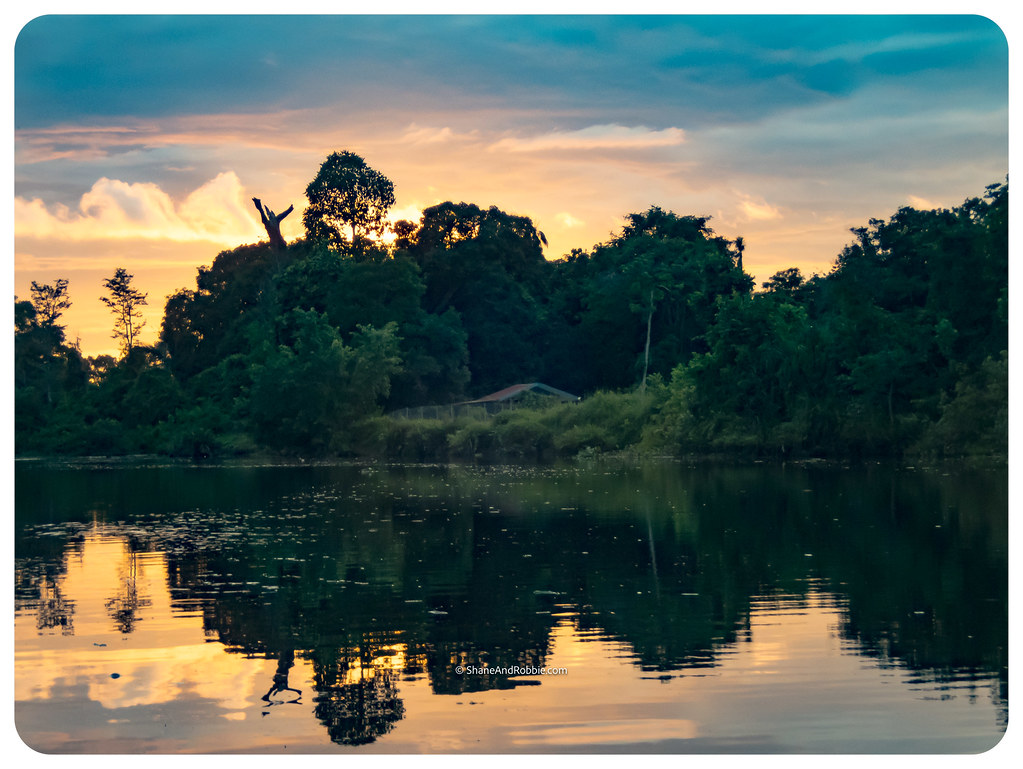 Finally, as the darkness of night truly set in, we were herded back on to our minibus and drove back to KK, tired but satisfied after our visit to the Garama-Kilas Wetlands. A great day trip and a good way to start our explorations of Borneo. Tomorrow we’ll be leaving KK and set off to see some of the wilder parts of the island. Join us then to see more of this beautiful place! 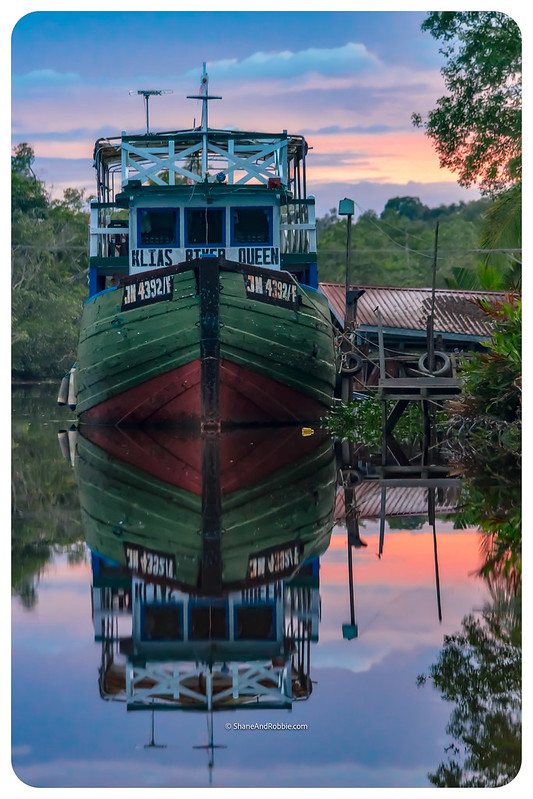