The brochure for the Hurtigruten cruise touts itself as “The World’s Most Beautiful Sea Voyage”. Who could resist a sales pitch like that?! Not these 2 dedicated tourists, that’s for sure… So here we are, enjoying some of the best Norway has to offer in the way of fjords, islands, sounds and cruising serenity. 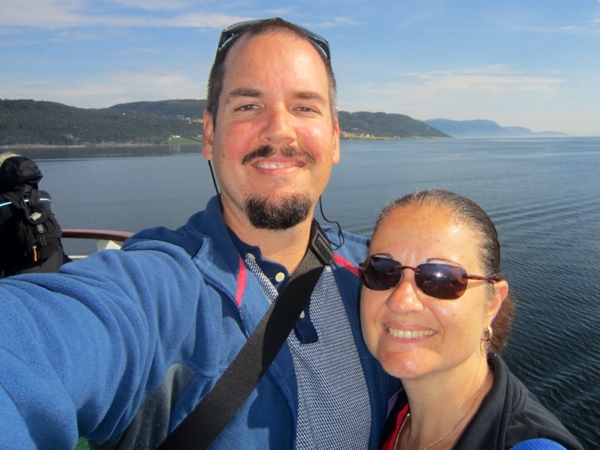 Norway’s rugged coastline stretches for over 25,000kms and is broken up by huge fjords and punctuated by thousands of islands. There are hundreds of small communities tucked into the fjords, or on these islands; many of them only accessible by sea. Hurtigruten (translation = the express route) is a passenger and freight shipping service that services these townships. TheHurtigruten  route runs all the way along Norway’s western and northern coast between Bergen and Kirkenes (see map below). The company started running its freight and mail delivery service in 1893, providing many of the communities it visited with a valuable service. For example, before the Hurtigruten ships mail delivery to some of the Northern-most towns took 3 weeks in summer and 5 months in winter; whereas the ships delivered the mail twice every month, all year round. 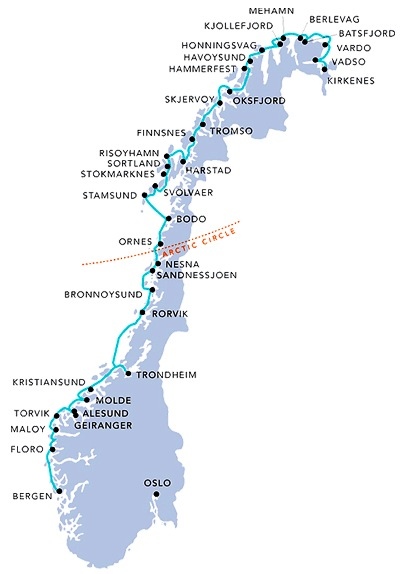 The Hurtigruten route runs all along the Norwegian coast, covering 5,000kms in 12 days.

The Hurtigruten company has diversified its offerings and now also offers luxury cruises along the Norwegian coast, as we;l as its regular ferry/cargo services. We don’t have a fortnight (or $20,000AUD) up our sleeves at this point in time, so we’re not doing one of their cruises, just catching the ferry from Trondheim to Bergen. The trip takes about 30 hours and travels through some of Norway’s most spectacular fjord-lands on its way to pick up and drop off passengers, cars and cargo.

Boarding the MS Polarlys this morning, about to embark on our journey down the Hurtigruten route. 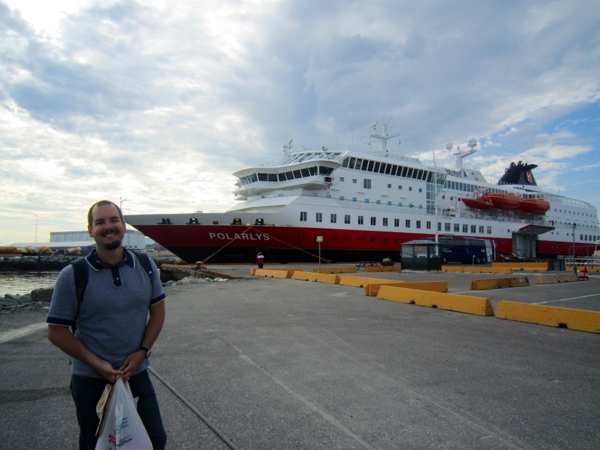 Our ship is fairly small – just 127m long. It’s smaller size means it can navigate its way down into some of the shallower fjords that larger cruise ships cannot reach.

Just about to set off…

We set off from Trondheim at 10:00am this morning and have been stopping in at a few little towns along the way (there are 7 stops on the way to Bergen). These stops are for only 30-45 minutes each – just long enough for the people, cars and cargo to be off-loaded and up-loaded; everywhere there are reminders that this is a “working boat”, not just a cruise ship. Our cabin is small and has 2 tiny portholes that we can barely see out of (more like torpedo tubes), but it’s comfortable enough for one night. More than anything for us it’s about having the opportunity to marvel at Norway’s scenic coastline. 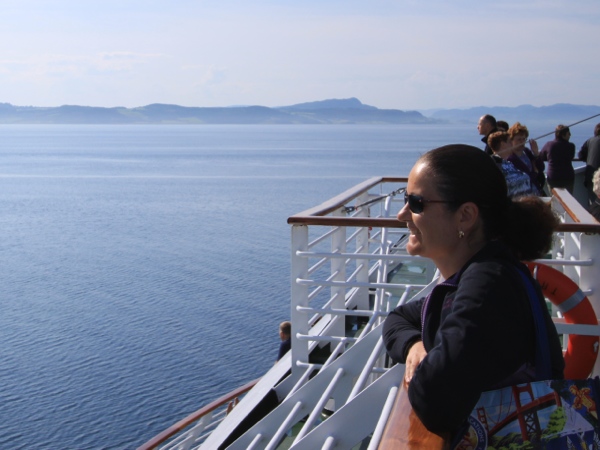 Settled into our viewing spot for the morning, watching the world glide past. 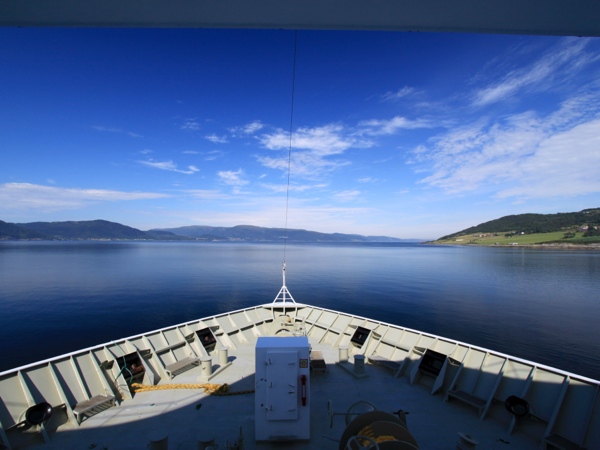 Admiring the view form the bow. Not bad hey?

Check this out! Flat, calm waters and epic scenery – can’t beat it.

We’ve seen immense rocky mountains and outcrops; green valleys of farmed land; and craggy islands  blasted by frigid winds straight from the Arctic with barely a tree on them.  We’ve been past and through many different sized towns – from tiny seaside hamlets and to urban hubs like Kristiansund (population 24,000).

Cruising out of the Trondheimfjord, past some farmland.

We also sailed past lots of rocky, almost barren islands.

And past some tiny villages.

Some of the mountains we passed were immense, and of all different shapes.

Kristiansund – the biggest town we stopped at today. 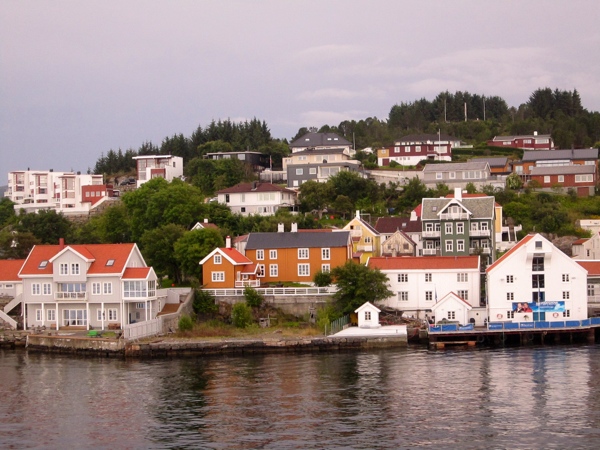 The houses in Kristiansund were built all the way up the hills, and right up to the water.

At one point, earlier this morning, we passed an island still shrouded in cloud. As we moved past the clouds began to burn off and move away, revealing the farms, green grass and houses on the island. It made for a rather unique spectacle.

The island shrouded in cloud. 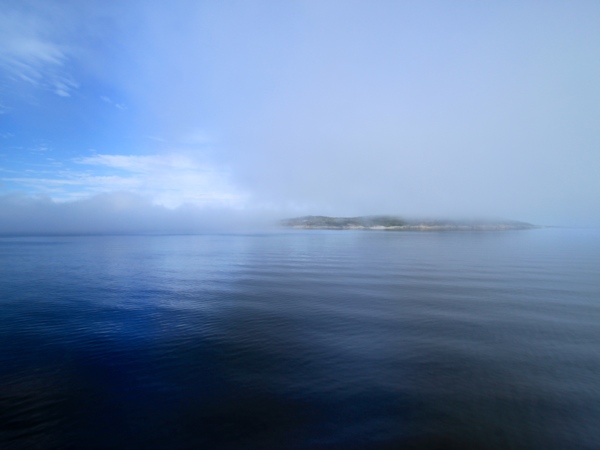 Watching as the clouds start to move and burn away.

The island underneath is revealed at last!

We’ve also been lucky enough to see porpoises and killer whales today, and have had the perfect day for cruising, with flat eaters and barely a zephyr to stir things up. It’s been sunny most of the day and it’s a glorious 21C (warm for Norway!). Don’t think it gets much better than this…

At times we passed so close to the islands that you could almost see people going about their daily business.

Some of the mountains lining the fjords are immense.