Hiking through the Krkonoše National Park

We spent most of our day today hiking through the Czech wilderness. It was awesome! A little chilly, but spectacular.

After a few days in Prague it was good to leave the big city behind this morning and head out into the countryside. Four hours, 3 trains, a tram and a bit of a walk later we arrived at our home for tonight: Teplice nad Metuji. This tiny alpine town is up in the Krkonoše Mountains, way up in North-Eastern Czechia just 5km from the Czech/Polish border. The mountains around here are not huge (the highest peak is only about 1,600m), but they get enough snow that this area is popular with skiers in winter. In spring, summer and autumn the area is full of hikers – like us!

Riding the train across the Czech Republic looked a little like this. Actually it looked A LOT like that!

The village of Teplice nad Meduji is in the Krkonoše Mountains, just a few kilometres from the Czech/Polish border.

We’re only here for 1 night, on our way through to Poland (tomorrow), and it’s lovely being in a small village – a definite change of pace compared to the chaos and crowds of Prague! This place is tiny (populations around 1,800); so small in fact that there is no post office, supermarket or ATM/Bankomat in town. What we do have on our doorstep instead is a lot of forest and one of the world’s most unique collection of rock formations. 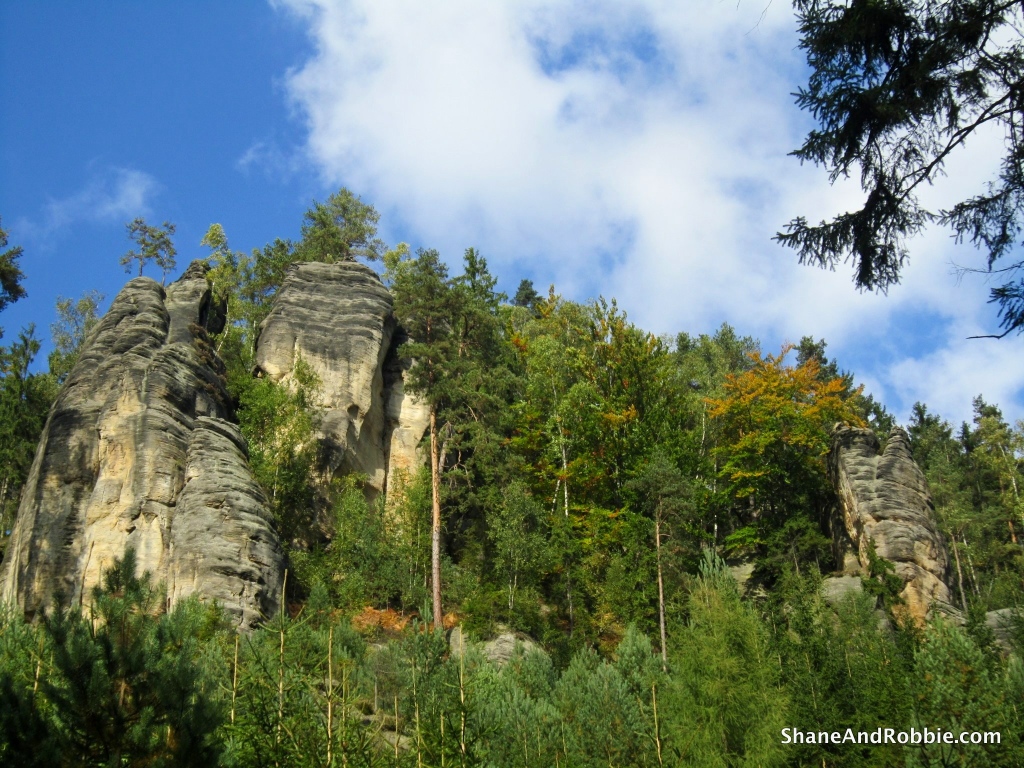 The unique rock formations of the Adršpach-Teplice Rocks.

With the sun shining and just a light breeze around, it was an awesome hike through the national park.

The Adršpach-Teplice Rocks are sandstone formations created over millennia by winds and water. These unique natural sculptures have been attracting visitors to the area since the early 1700s, and continue to do so. They lie within the Krkonoše National Park, just a few kilometres from Teplice nad Metuji. There is a hike you can do through the area that takes you through the forest, past many of the rock columns and through a couple of awesome canyons. That’s how we spent our afternoon. Very cool!

We walked past some amazing rock formations…

…and through some wonderful canyons.

One of the best vantage points in the area is from the top of one of the larger rock columns, where the ruins of Střemen Castle can be found. Střemen Castle was built high up on the rock pillar around 1250 by the Lords of Skalice who ruled in the area. The castle was damaged and abandoned during the 15th century, leaving just a few chiselled cliff walls and stairs. Attaining the lofty heights where Střemen Castle once stood is not for the faint-hearted or vertiginous; given my dislike for heights it therefore seemed prudent to send Shane up to take the photos whilst I minded the back packs.

Views over the national park from the top of the rocky outcropping where the ruins of Střemen Castle can be found.  You can just see the little village of Cesky Krumlov in the distance too.

Many of the rock formations have names based on their resemblance to animals, people or things. Not sure what angle you have to look at some of them from to understand the nomenclature, but it was entertaining trying to work it out.

Many of the rock formations had unusual names. This one, for example, is called “The Herring”. Doesn’t look very fishy to me, but maybe I’m not looking at it right?

It was just awesome being out in the forest, enjoying the serenity after so many days of sightseeing and history in Vienna, Cesky Krumlov and Prague. Enjoy the photos and we’ll let you know tomorrow evening how our first day in Poland went… 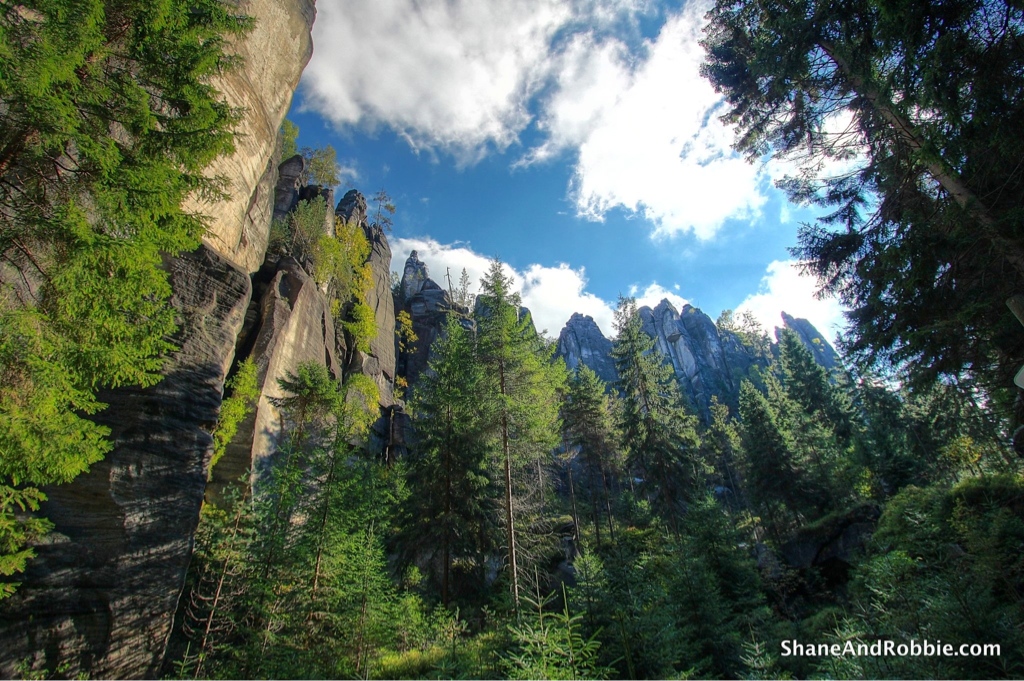 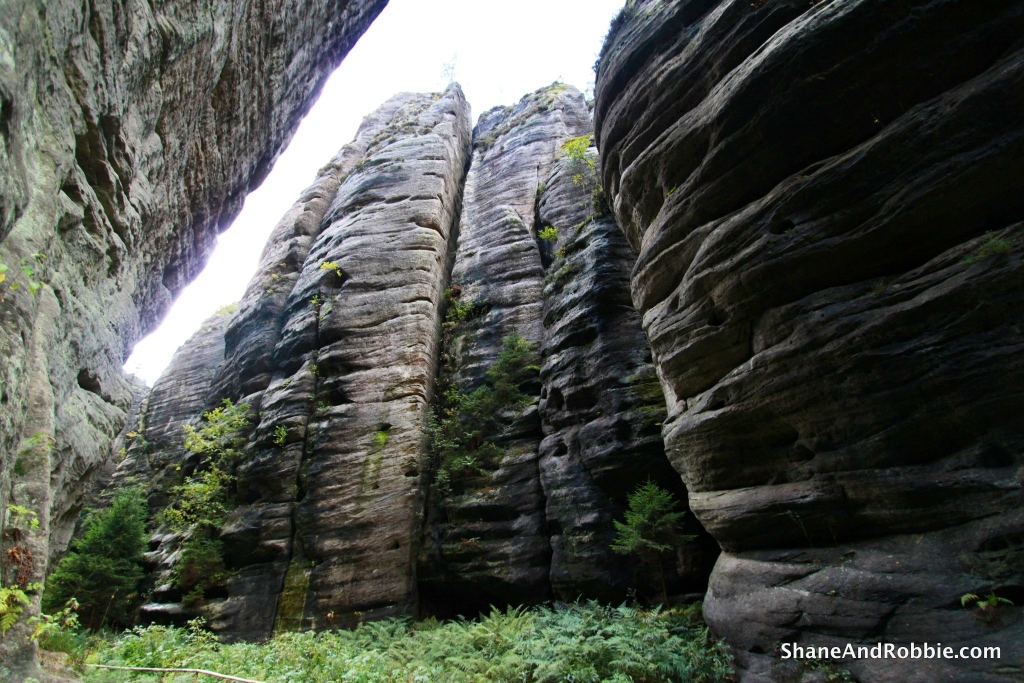