Rain, rain go away – come back some other day…

Turns out New Zealand is having its wettest summer in a decade. *SIGH* What that meant for us today is we got wet. Very, very wet. Luckily we got to do a couple of hours of exploring around Whangapoua and Chum’s Beach before the drenching began! 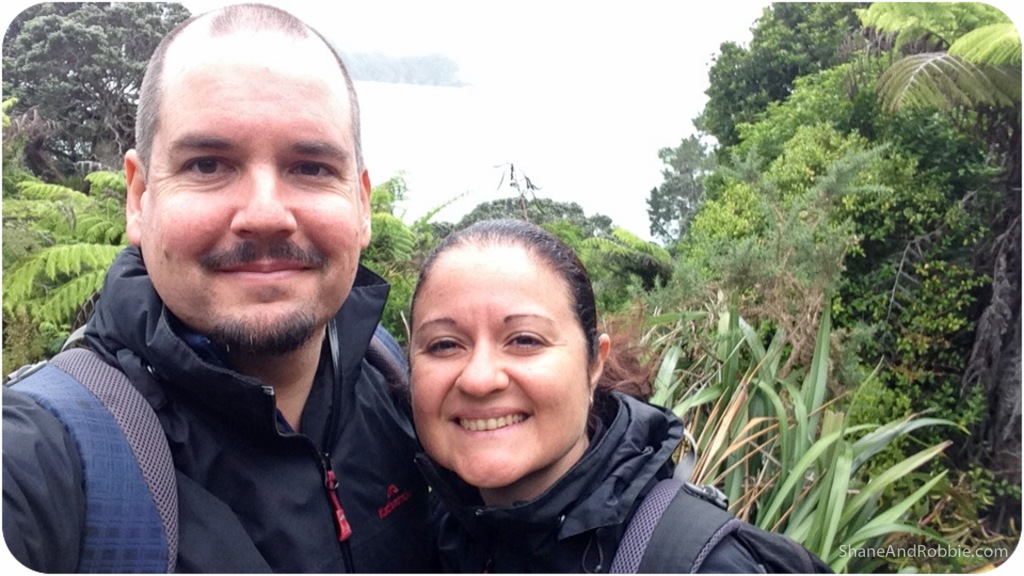 Whangapoua is a small village consisting of a few beach shacks stretched out along Whangapoua Beach. The beach itself is no doubt spectacular on sunnier days, but today it was just gusty and grey.

Whangapoua was once a gold mining town; the river that runs along the edge of the settlement no longer delivers golden silt however. The estuary is still really pretty though and marks the starts of the walking trail to Chum’s Beach. 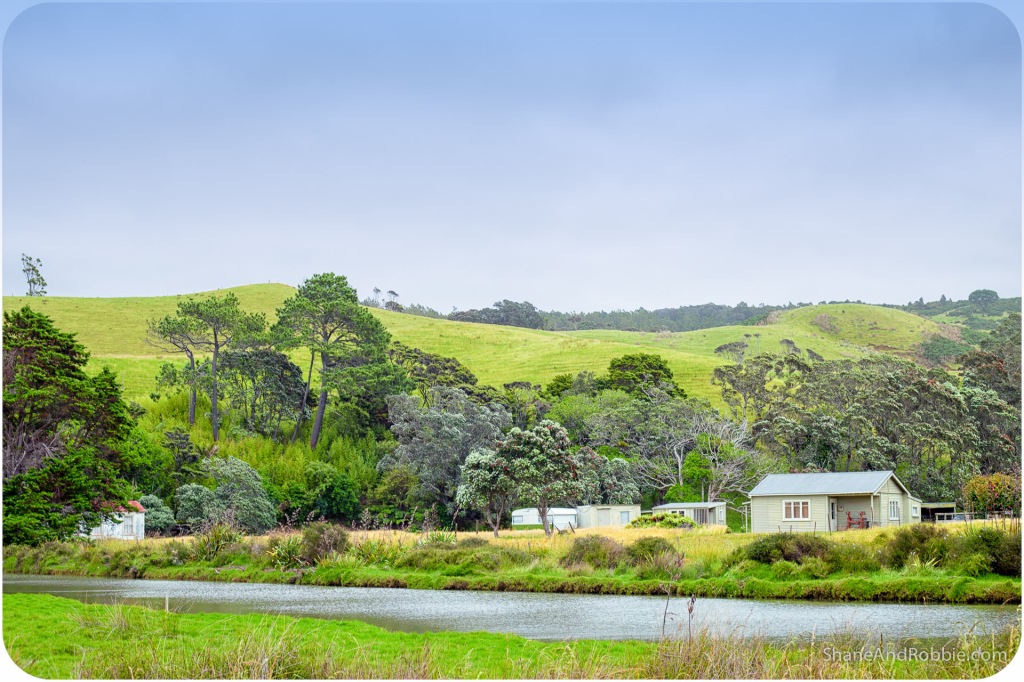 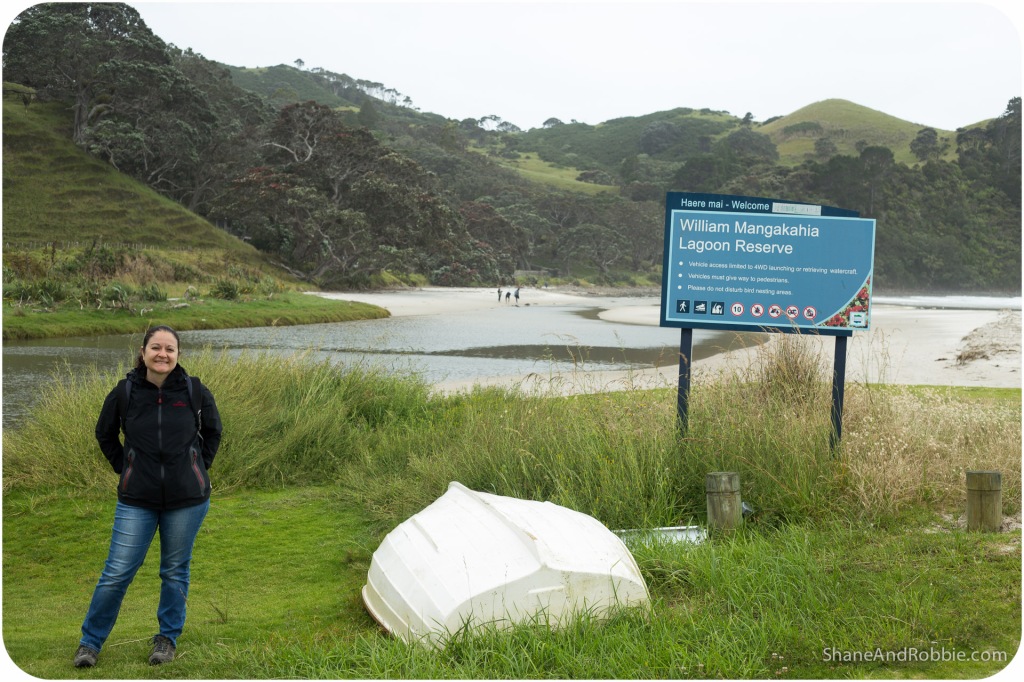 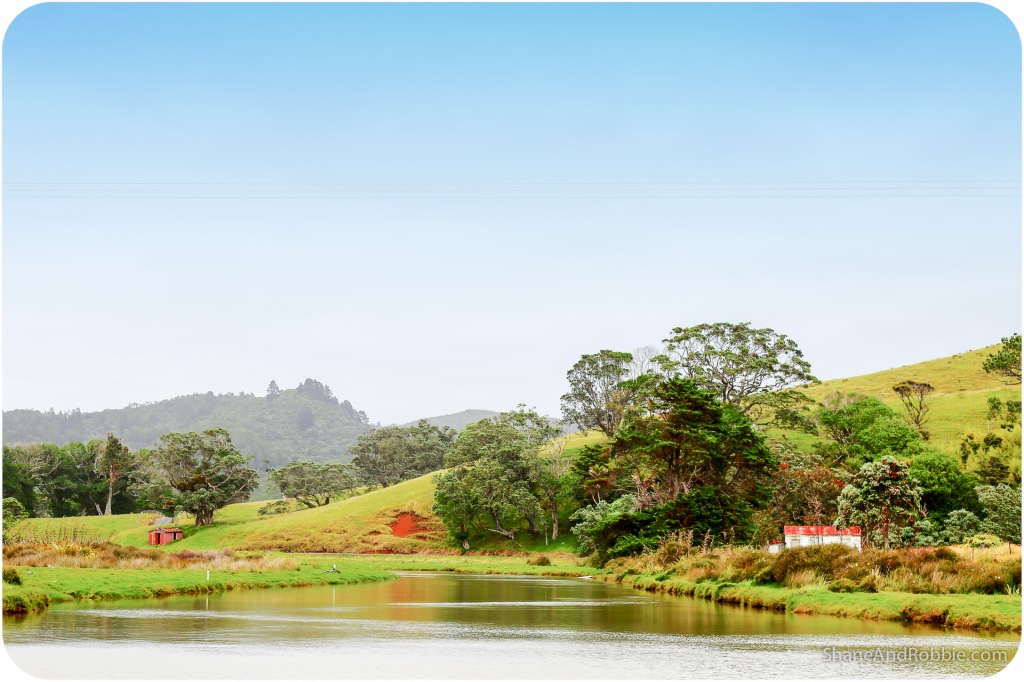 Chum’s Beach is a small beach that is only accessible only by boat or via a 30 minute walk along a rough track that runs along the coast from the northern end of Whangapoua Beach. This beach’s claim to fame is that it was named one of the top 20 deserted beaches in the world by some travel magazine. 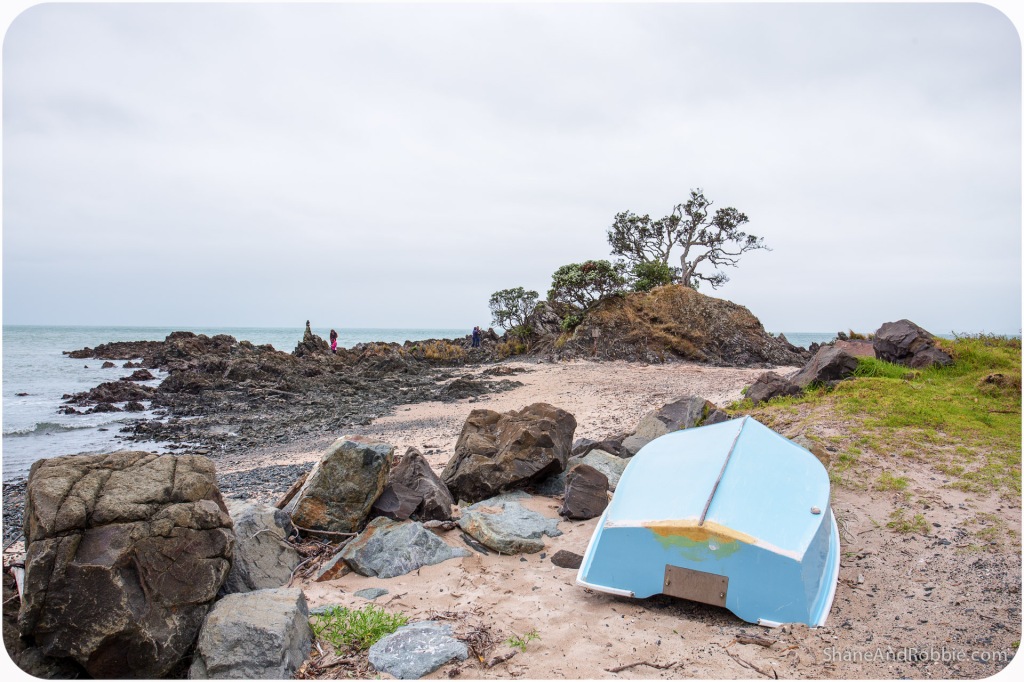 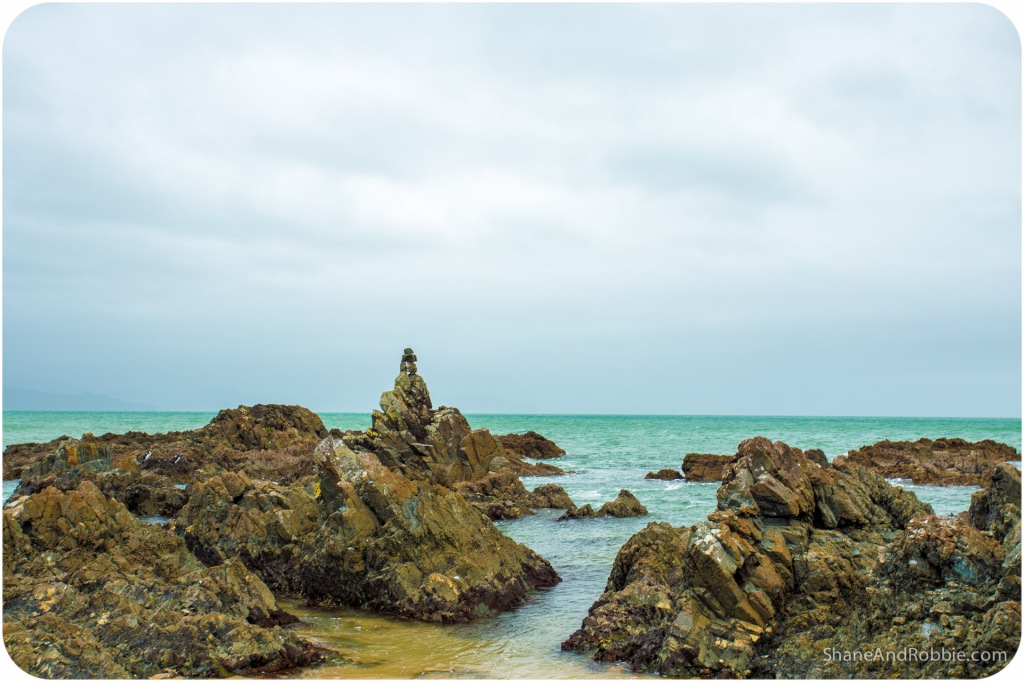 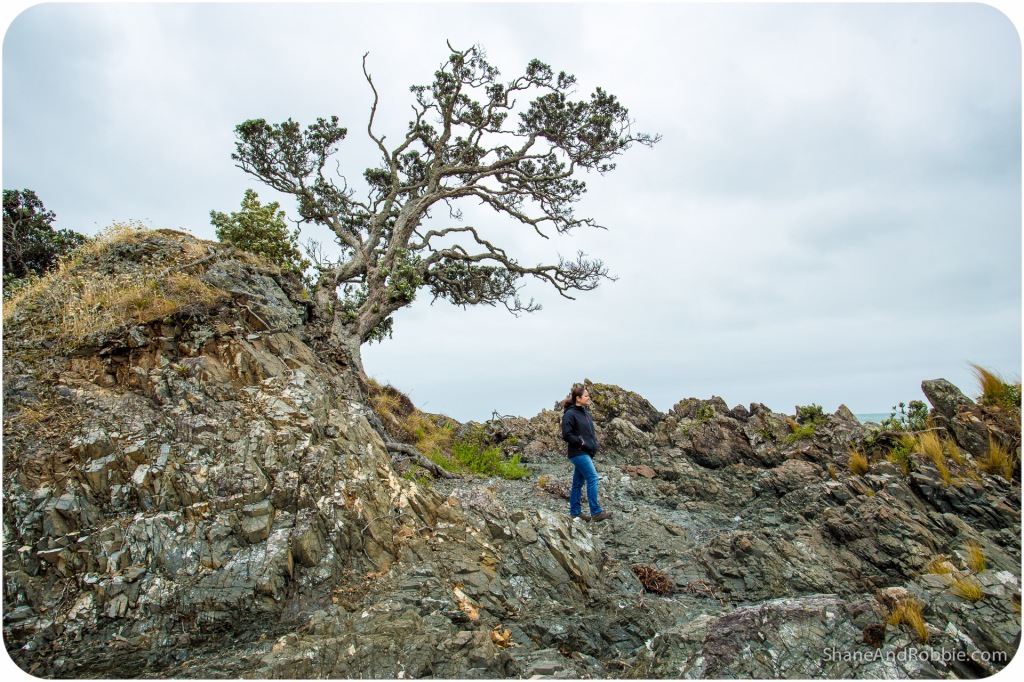 The walk to Chum’s Beach took us through some of the temperate rainforest this region is famous for. The sheer amount of rain and moisture in the air keeps things so wet that many of the trees, rocks and slow moving animals are covered in moss. It makes for some very pretty rainforest groves, as we discovered on our walk today. 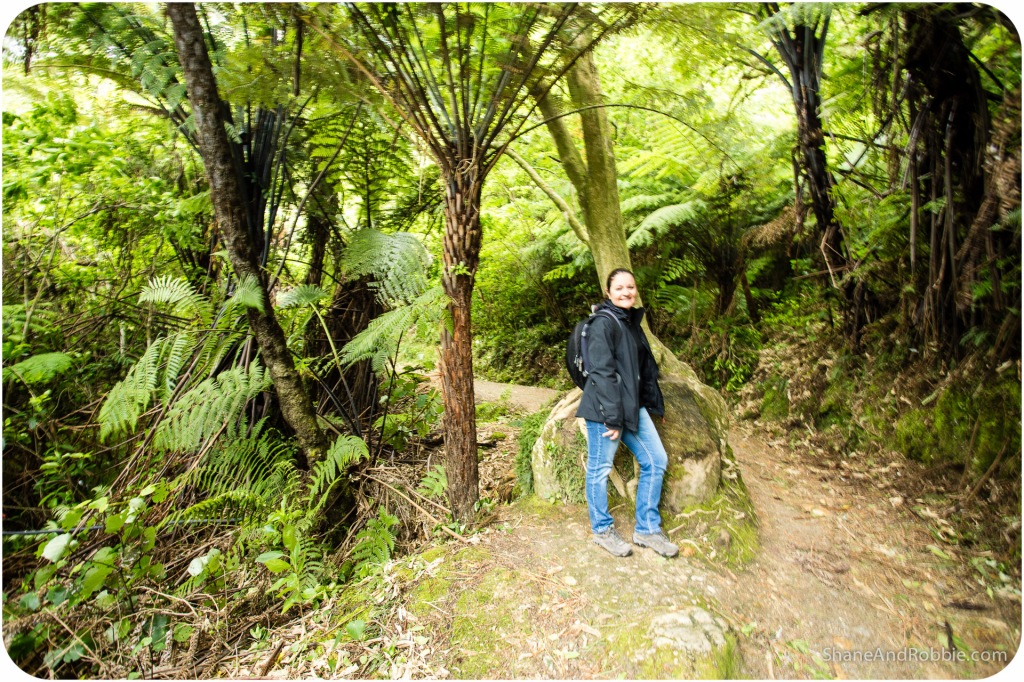 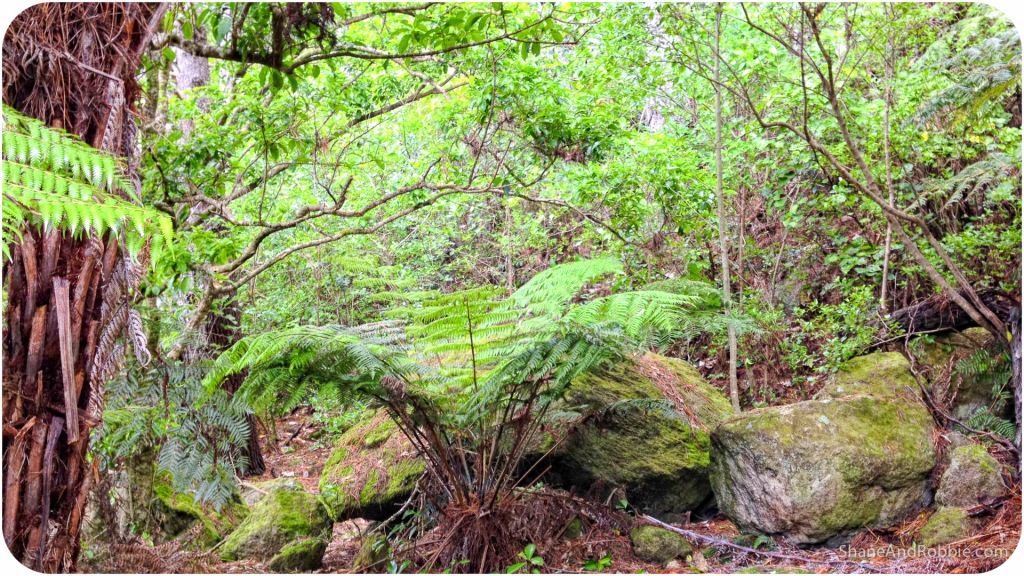 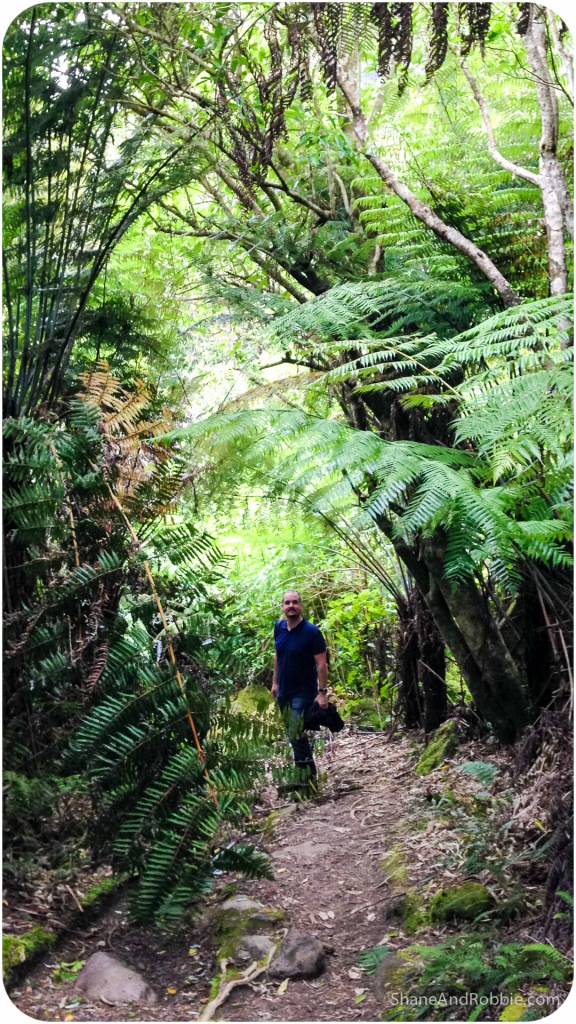 After exploring Chum’s Beach, we headed back away from the coat into a sheltered bay where a few boats were tied up to the jetty there. The wood of the wharf was green with moss, like so many of the trees and timber structures around here. 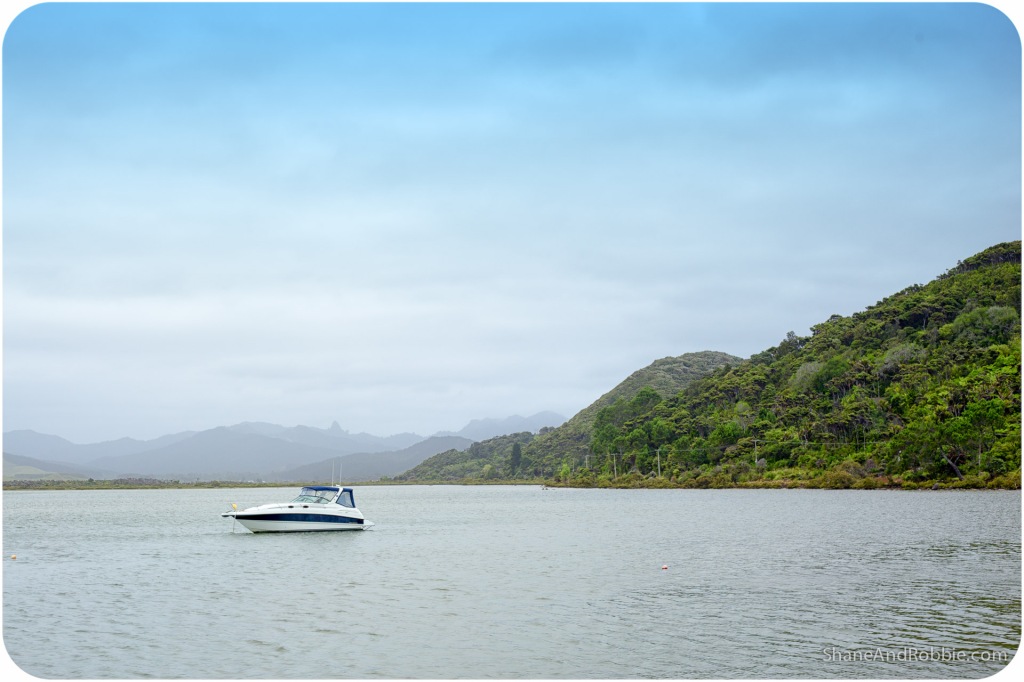 At this stage the rain started and we decided to head back to Whitianga for some lunch. On the way we got to see some pukekos by the side of the road. These blue/black species of water fowl are unique to NZ and, like many of this country’s birds, are virtually flightless* (they can fly but aren’t very good at it and tend not to do, unless in danger).

*New Zealand has a truly unique cast of avian fauna. Being an island nation with a history of long isolation and having no native land mammals (except for bats), the birds in New Zealand evolved into the dominant type of fauna. Due to the lack of natural predators, many of them also lost some, if not all, their ability to fly. When humans arrived in New Zealand about 700 years ago from the Pacific Islands, this unique and unusual ecology became endangered. Several species have been hunted to extinction, most notably the moa, a huge ostrich-like bird that purportedly reached 3.6m in height and 230kg in weight. These days New Zealand’s birds are also under threat by imported animals like dogs, cats, stoats and weasels. The flightless birds are in particular danger. Consequently many bird species have become extinct, and others are critically endangered. The bird life is still one of the great things about visiting New Zealand. Especially since none of them are deadly! 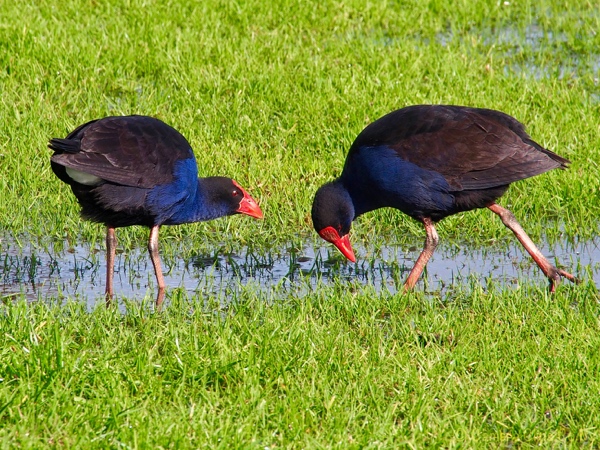 After a warming bowl of seafood chowder we resigned ourselves to an afternoon of indoor entertainment, watching the storm roll through. The weather forecasts are predicting clearer skies for tomorrow, so hopefully we can get back to adventuring in the morning! Pai po until then… 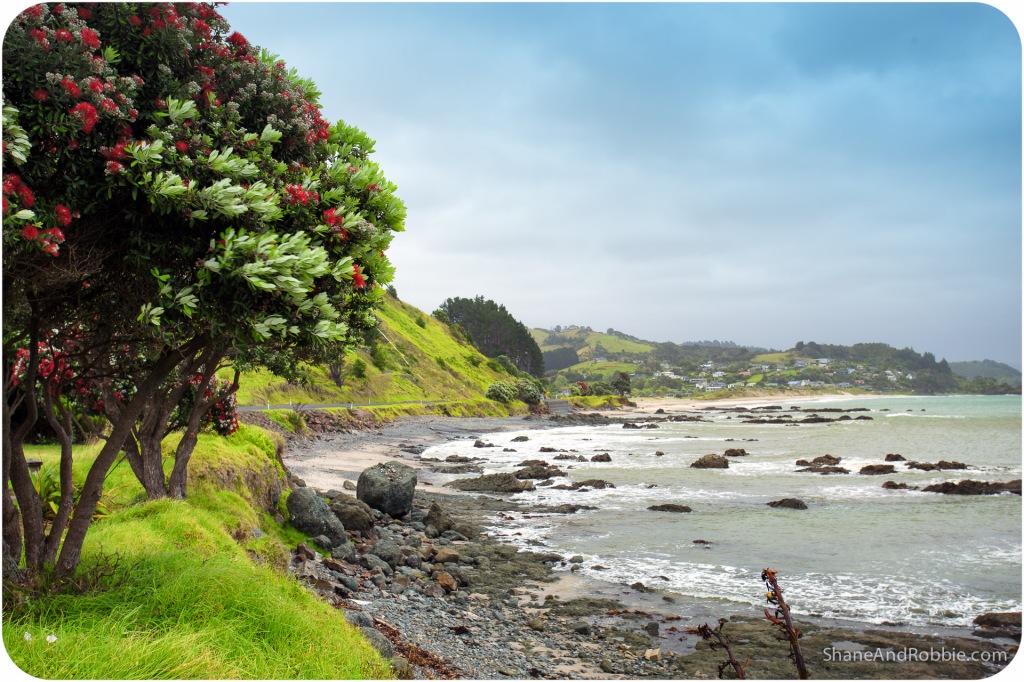