Today we went out and about to explore a bit of the Art Deco architecture and some of the beautiful landscapes the Hawke’s Bay is famous for. Under cloudless blue skies we got to see some of the best of both town and country. 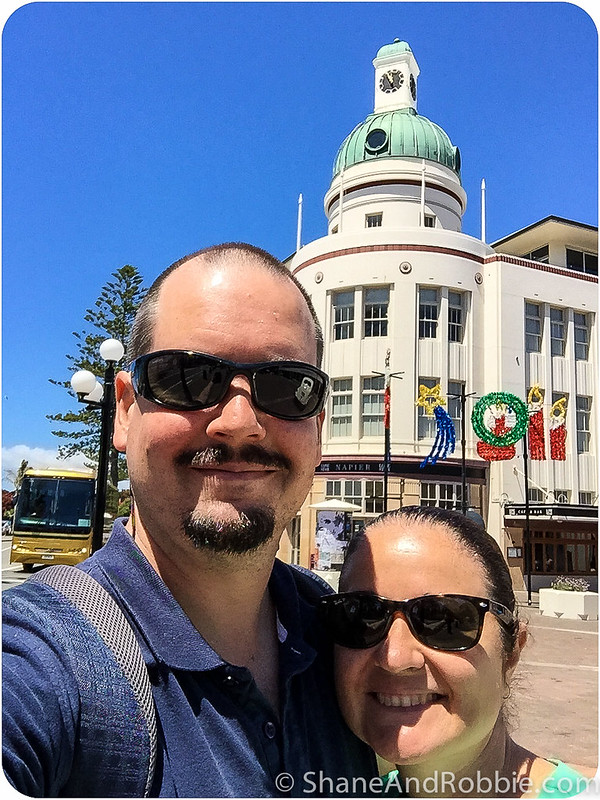 On 3 February 1931, most of Napier was levelled by an earthquake. The collapses of buildings and the ensuing fires killed 256 people. The centre of the town was destroyed by the earthquake, and then rebuilt in the Art Deco style popular at that time. The whole centre of Napier was rebuilt simultaneously, creating a unique cityscape. 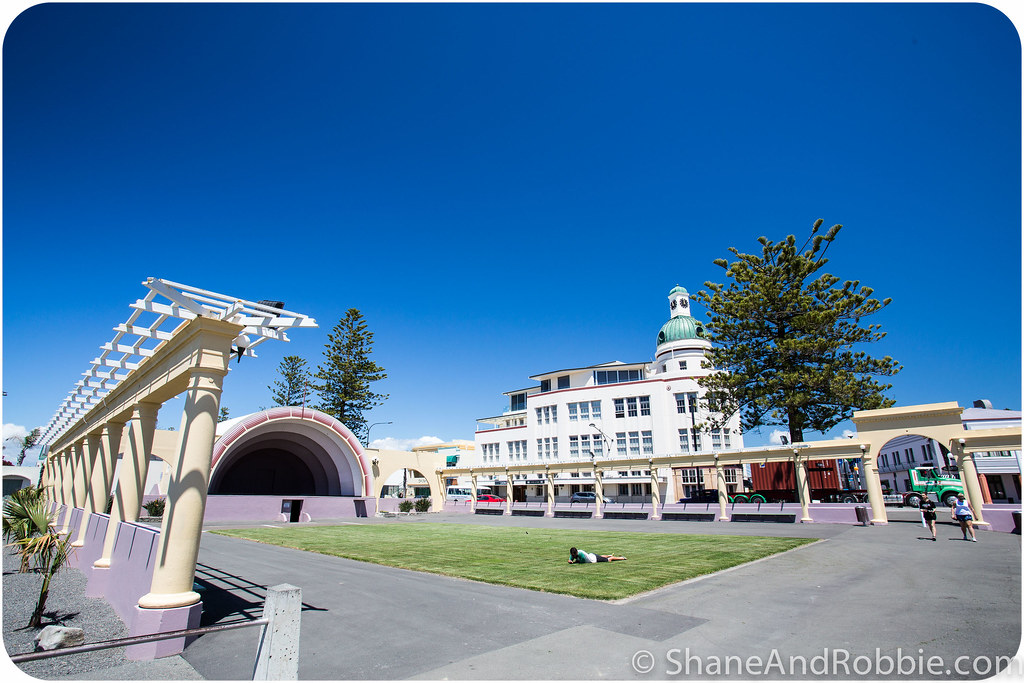 The rebuilding period after the 1931 earthquake coincided with the short-lived Art Deco era and the Great Depression, during which little “main street” development was being undertaken elsewhere in the world. As a result Napier’s architecture provides a unique snapshot of the Art Deco style and makes the city a major attraction for architecture buffs and Art Deco enthusiasts from around the world. Napier and the area of South Beach in Miami (Florida, USA), are considered to be the two best-preserved Art Deco towns in the world. 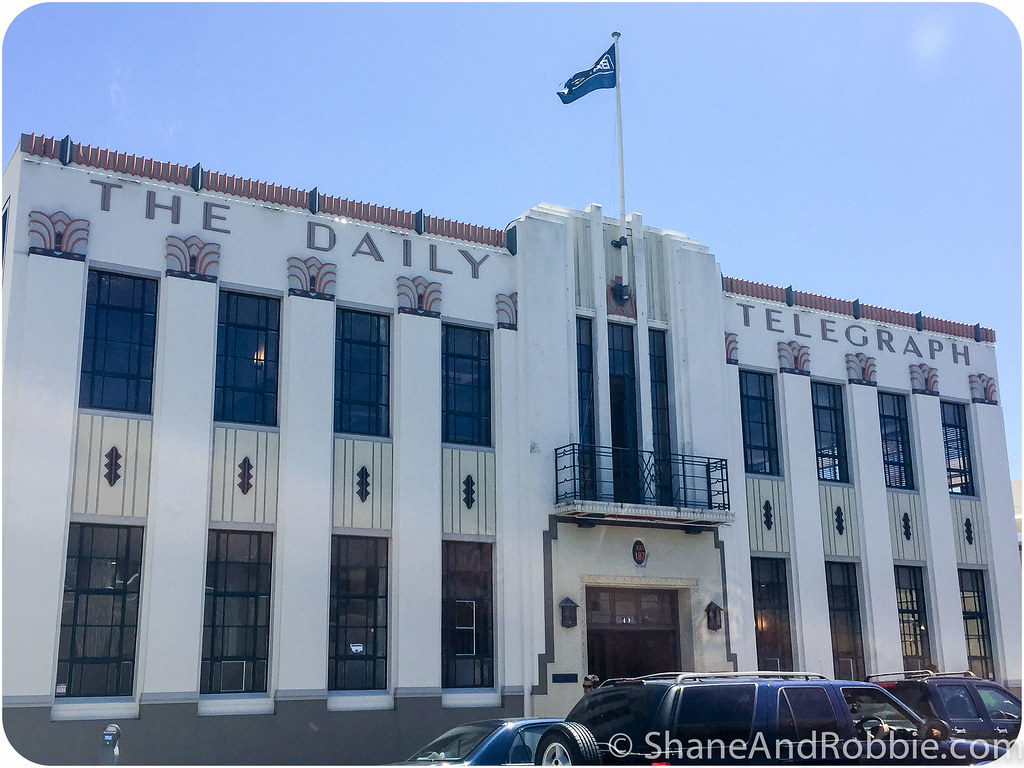 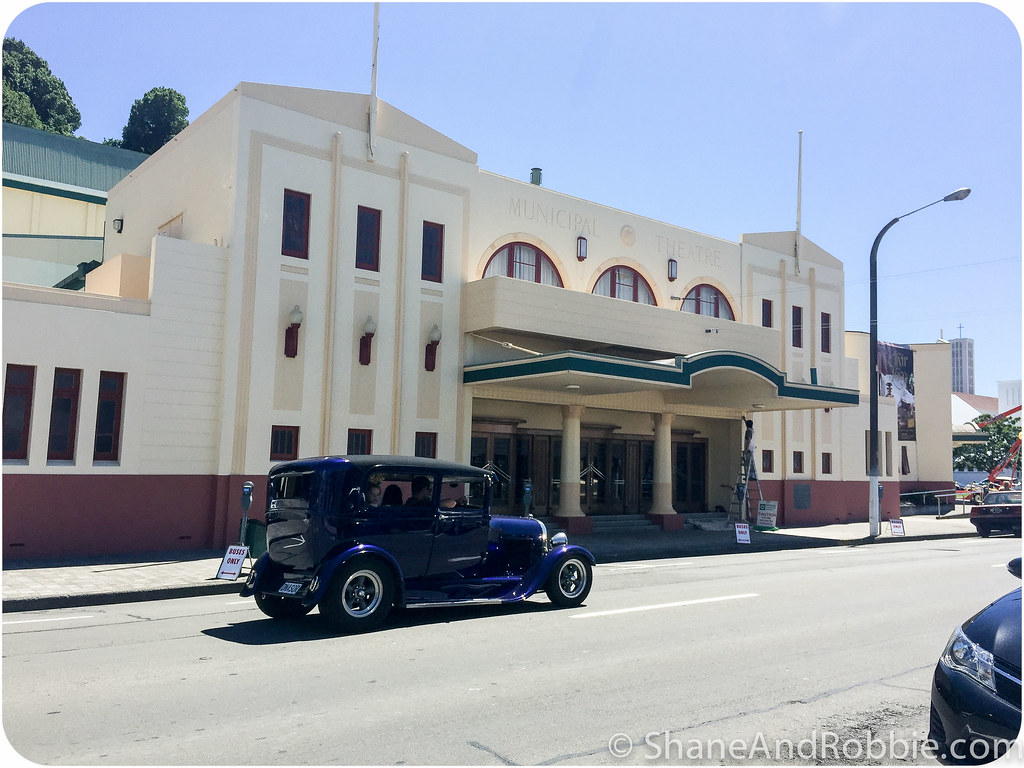 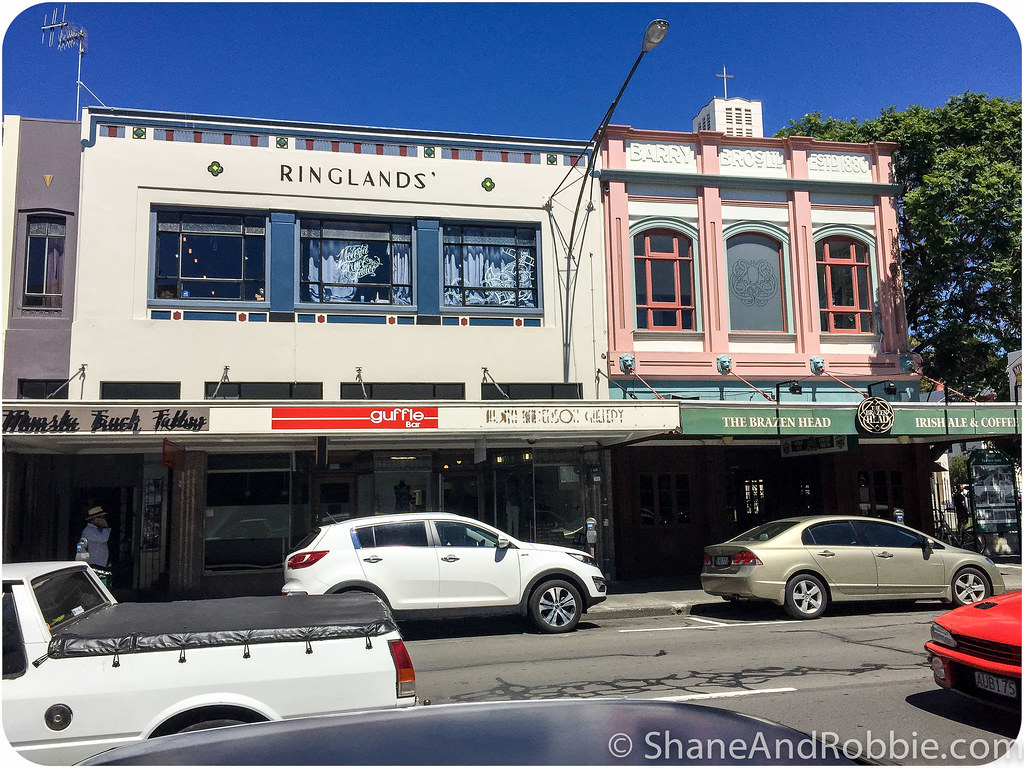 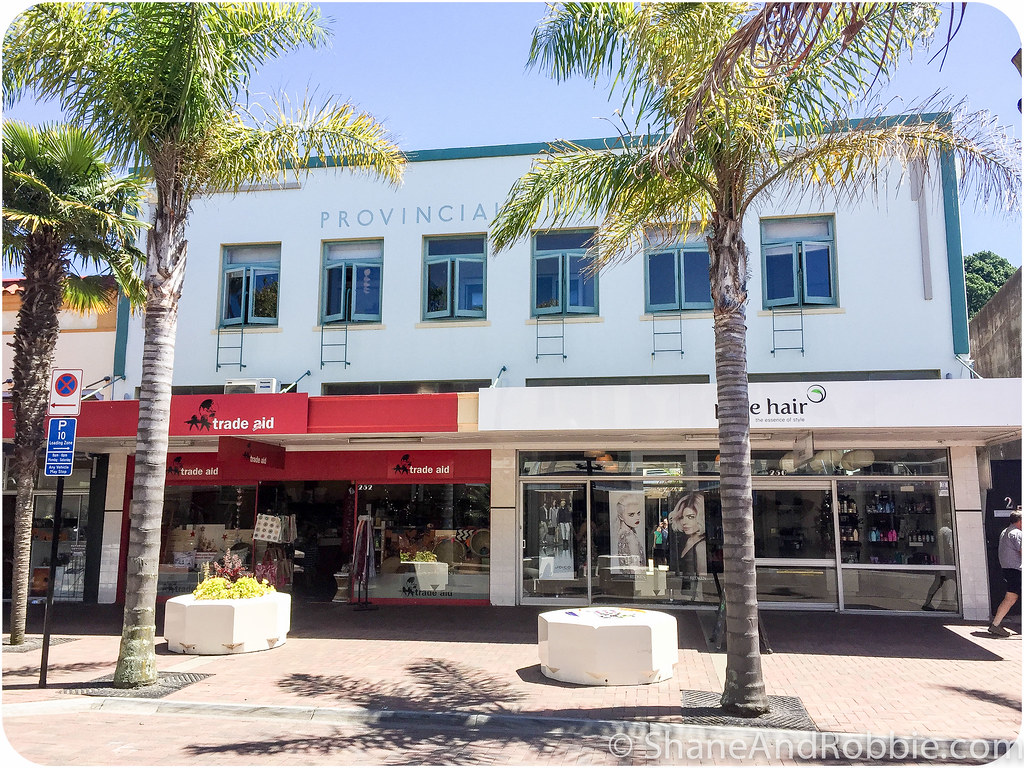 The city really takes advantage of its characteristic style, with beautifully maintained antique cars from the era being available for driving tours of the area, and guys and gals dressed in typical 1930’s styles wandering the streets. 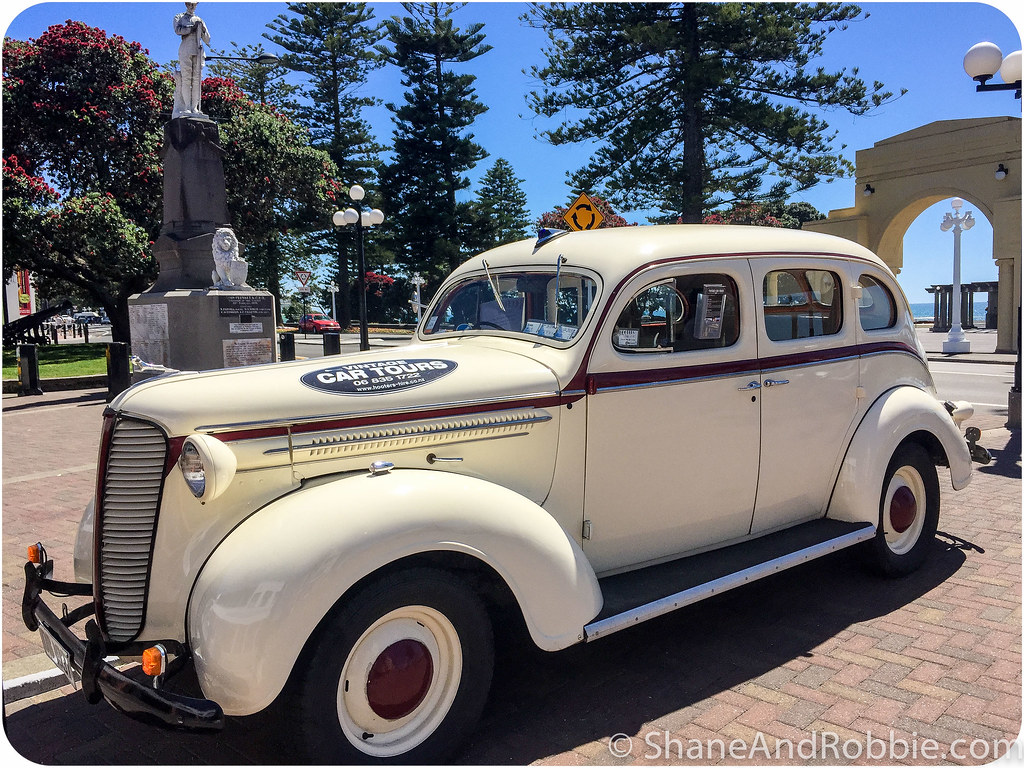 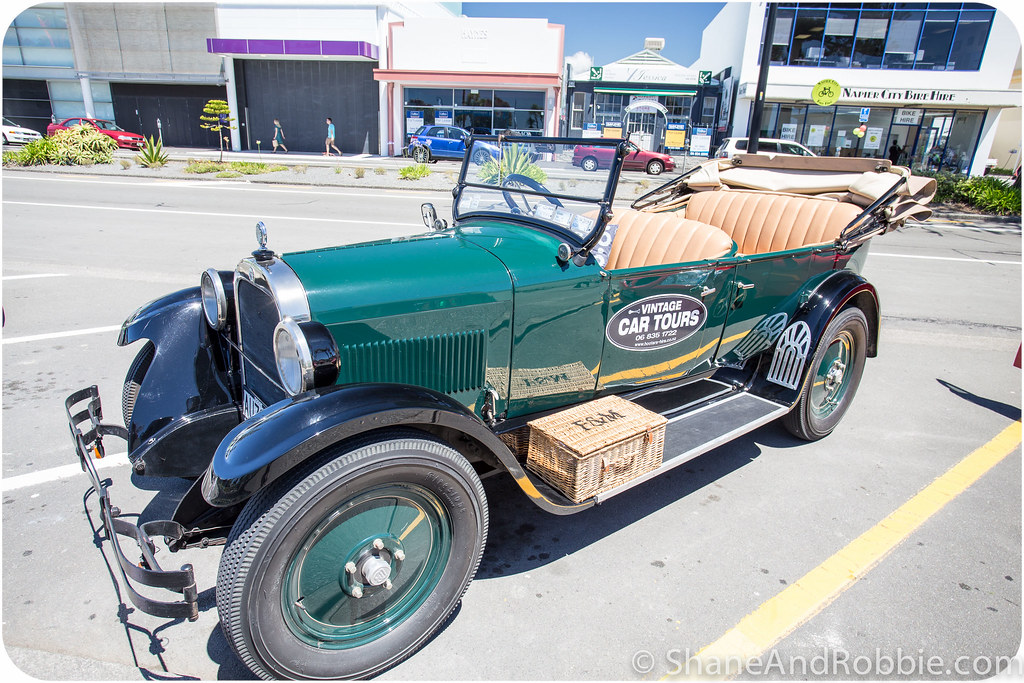 After taking ourselves on a walking tour around Napier we went to see its sister city just 20km away: Hastings. These two towns are often referred to as “The Bay Cities” and both were affected by the 1931 earthquake (Hastings less so however as it was further from the epicentre of the quake, which measured 7.8 on the Richter Scale). Hastings was also rebuilt in the Art Deco era. Being inland Hastings lacks some of Napier’s coastal charms, but is an attractive town none-the-less, as we found out during our walking tour around the town centre. 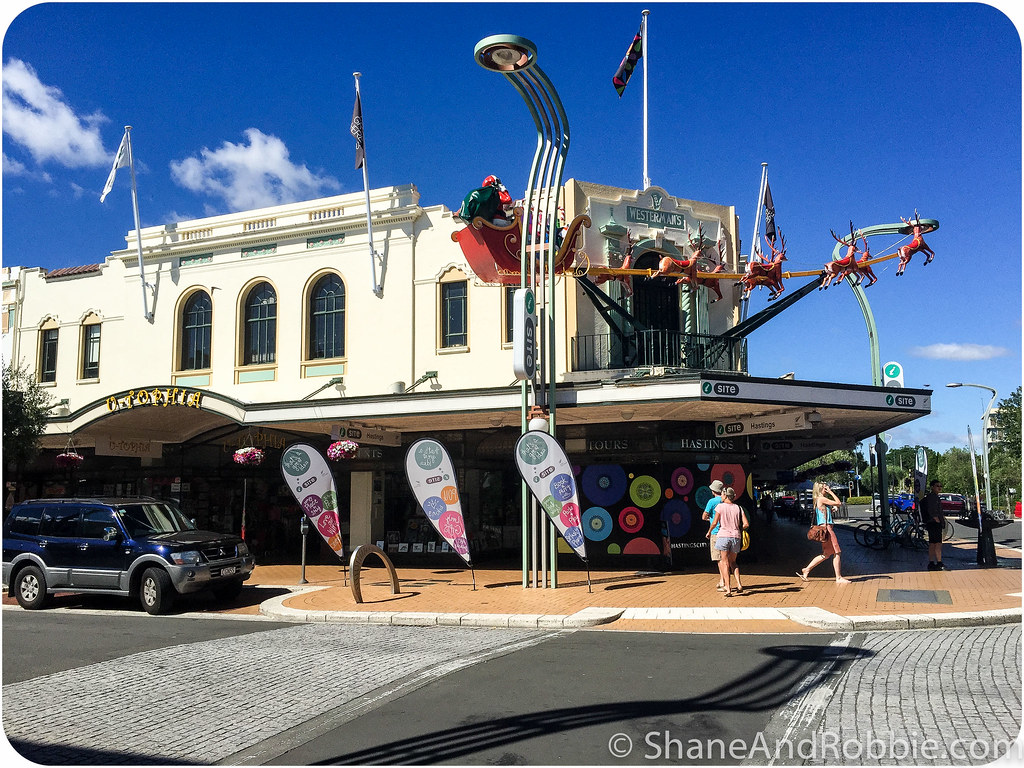 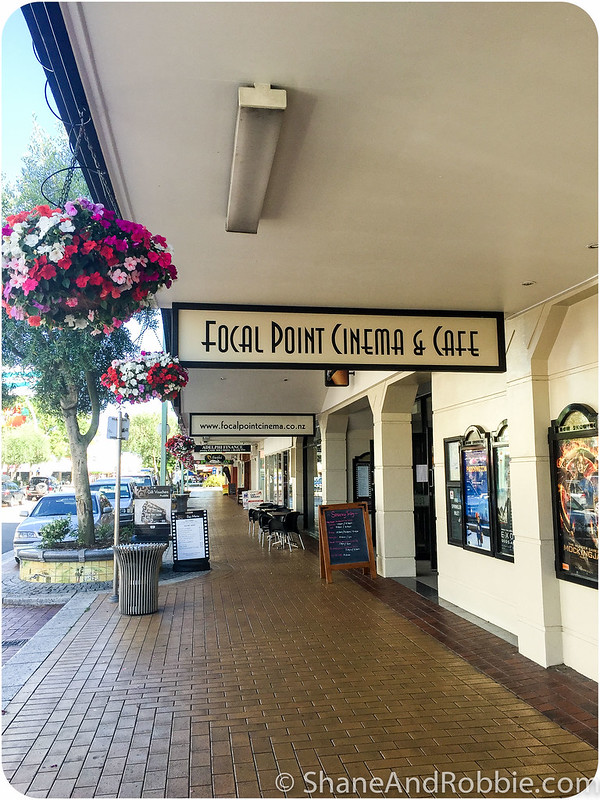 With our desire for exploring the Art Deco “Bay Cities” thoroughly sated we decided to spend the afternoon out bush, hiking through the Te Mata Nature Reserve. 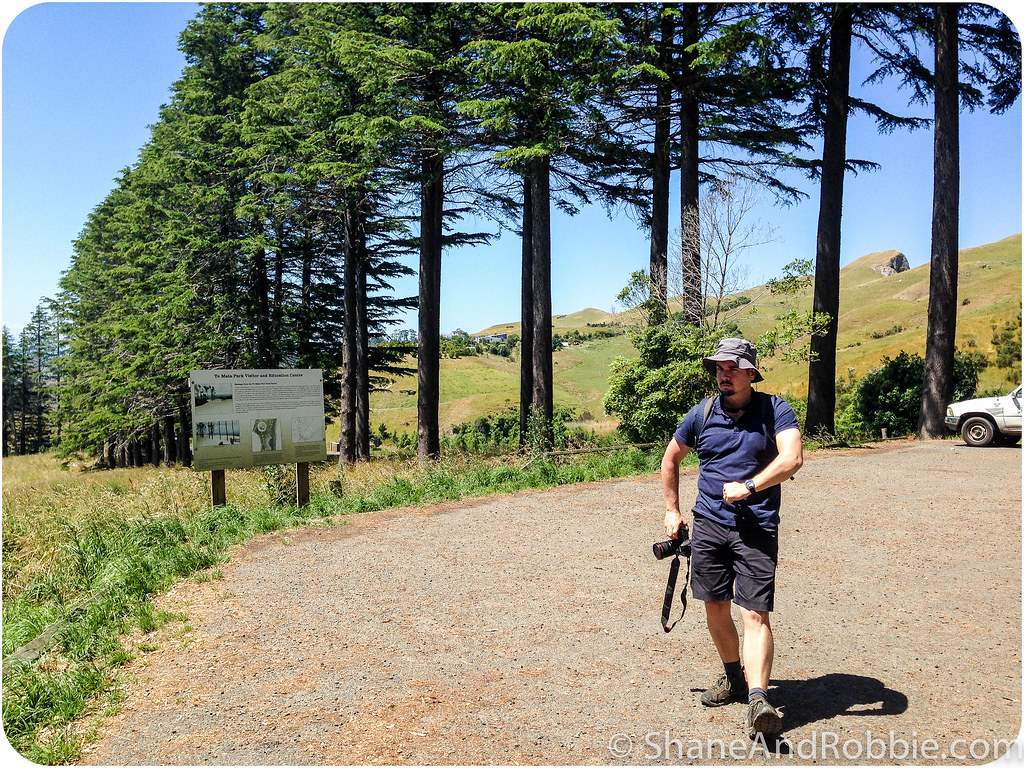 Te Mata Nature Reserve is just outside of Hastings and provides access to numerous hiking trails that zig zag they way up and around Te Mata Peak (elevation: 399m). We did one of the longer trails and took full advantage the perfect weather to enjoy the views over the Heretanuga Plains and Hawke’s Bay. 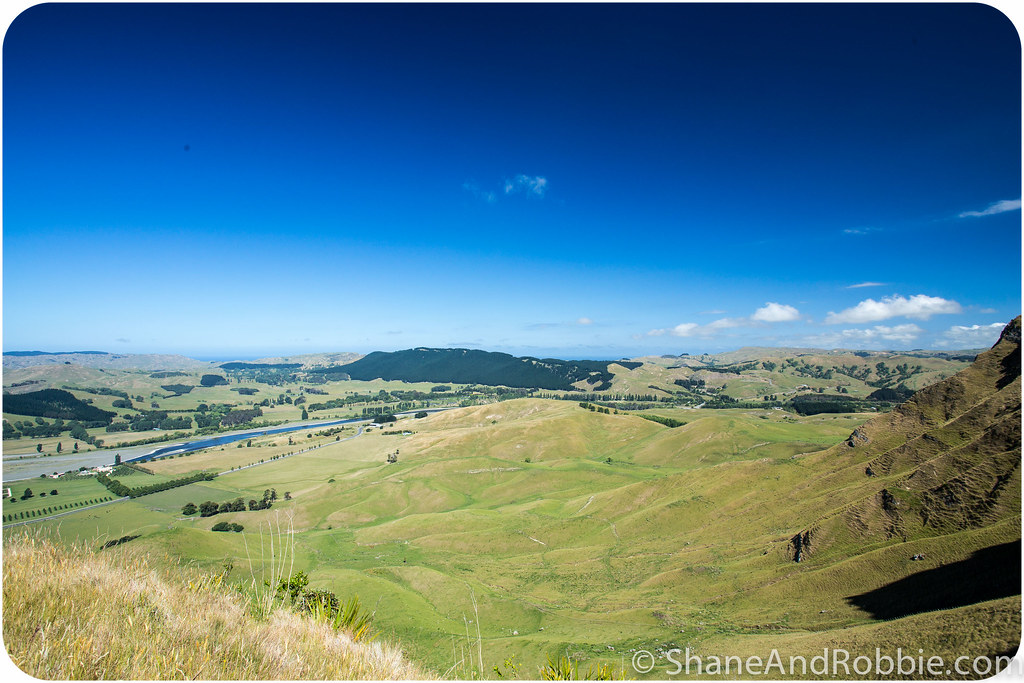 Our hike took us through native forest and groves of redwood trees. 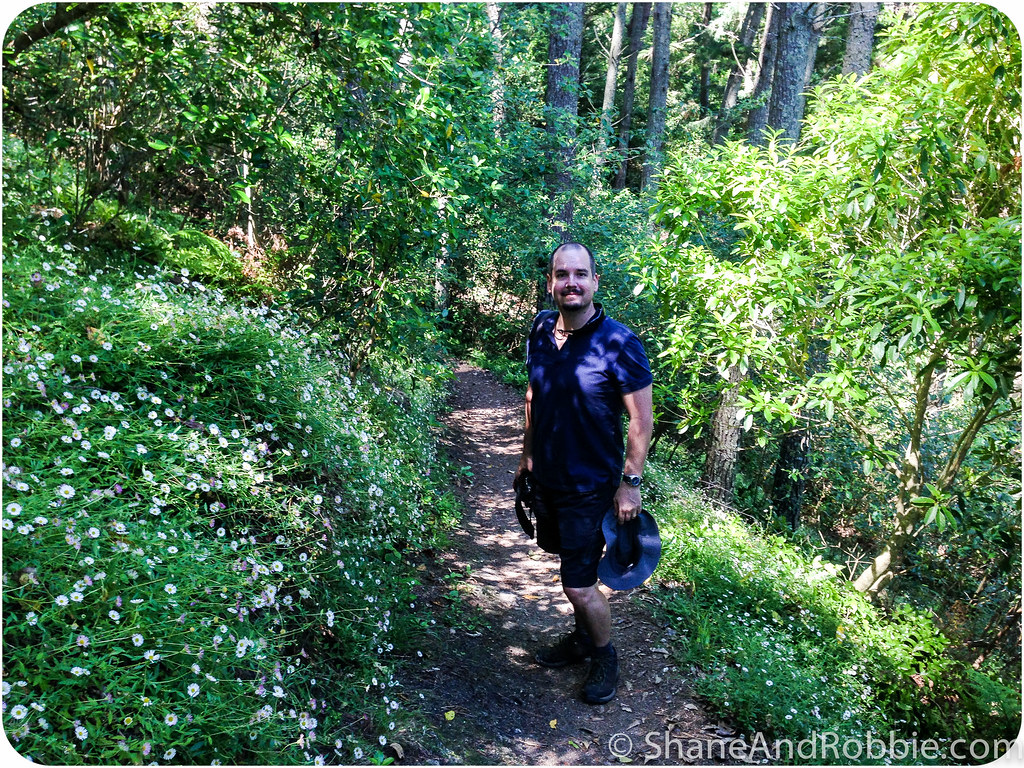 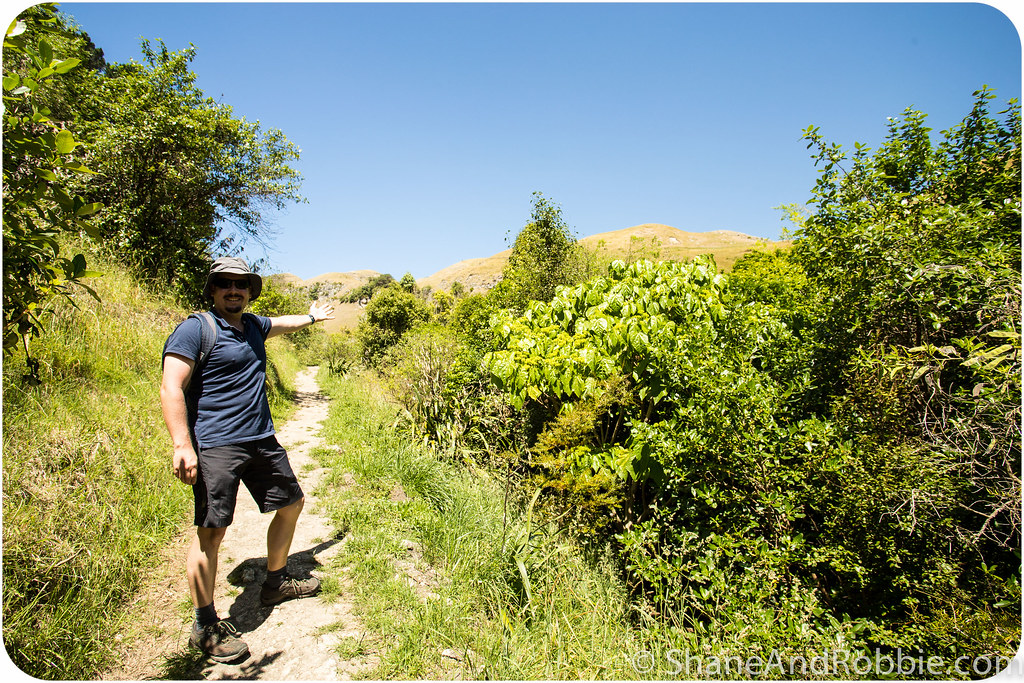 Though still relatively young, the redwoods were already incredibly tall. 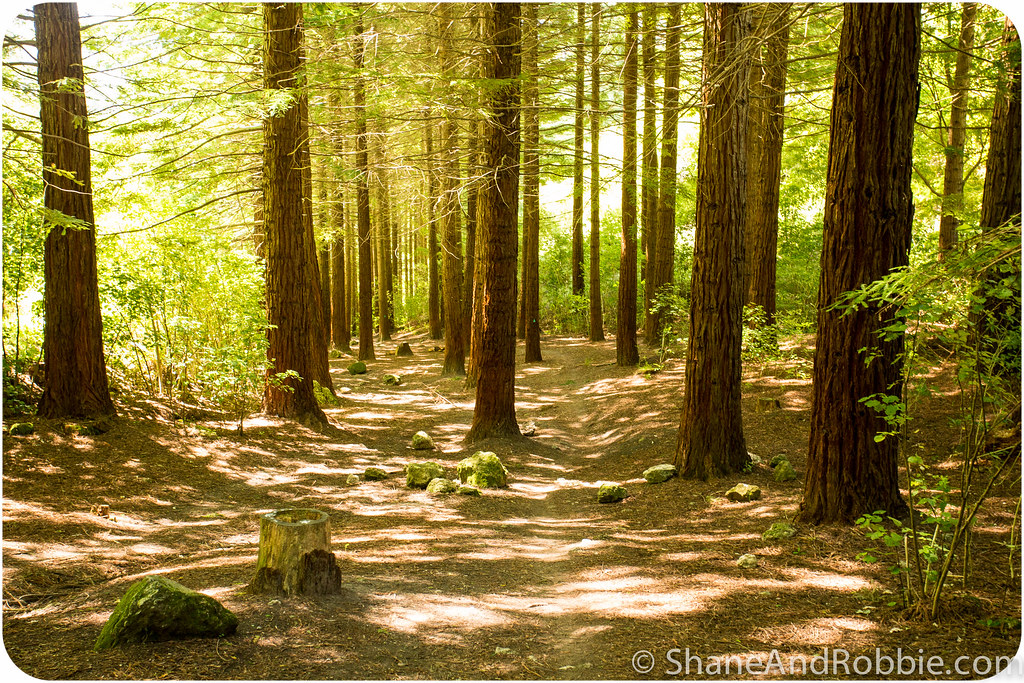 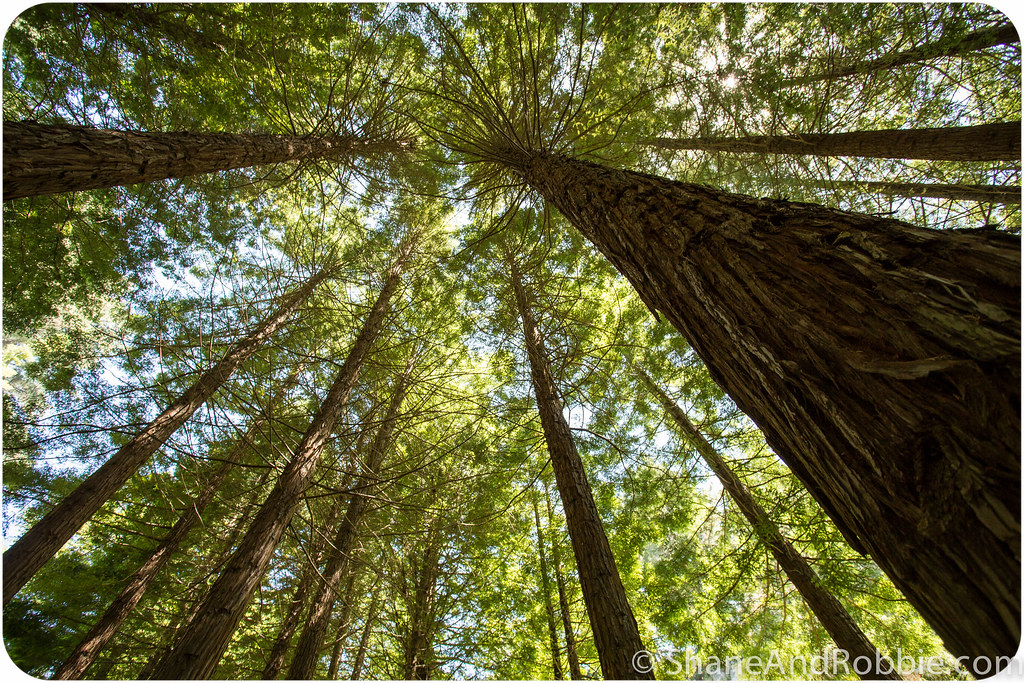 Coming out of the forest we had to climb over a few fences and cut through some generous* farmers’ livestock paddocks.

*Generous because they’re happy to let random hikers like us tramp through their fields, all in the name of nature-loving! 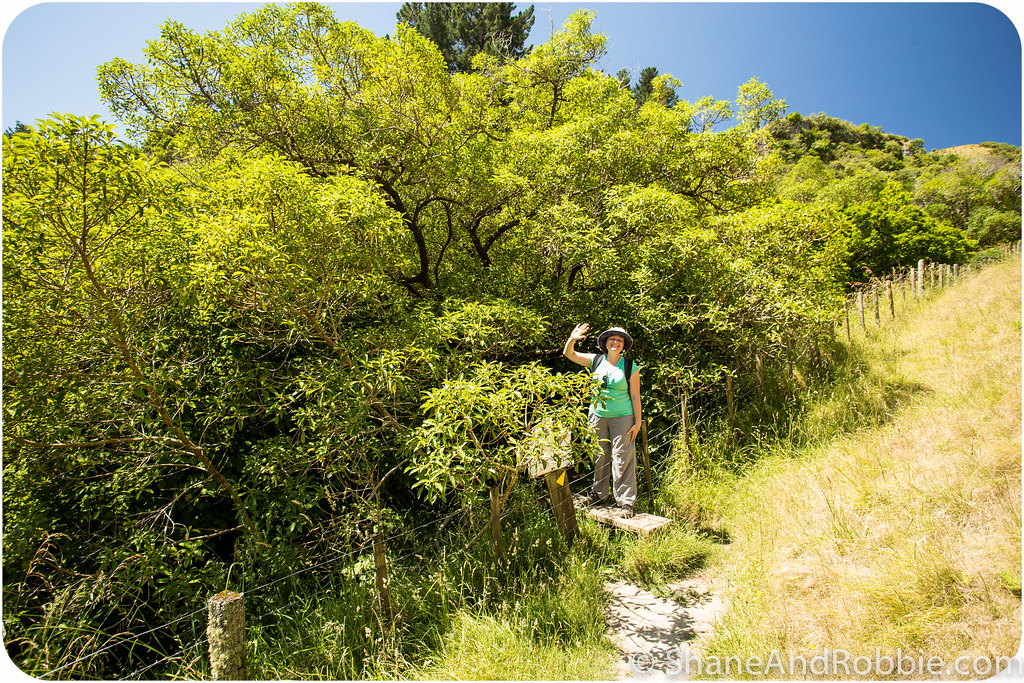 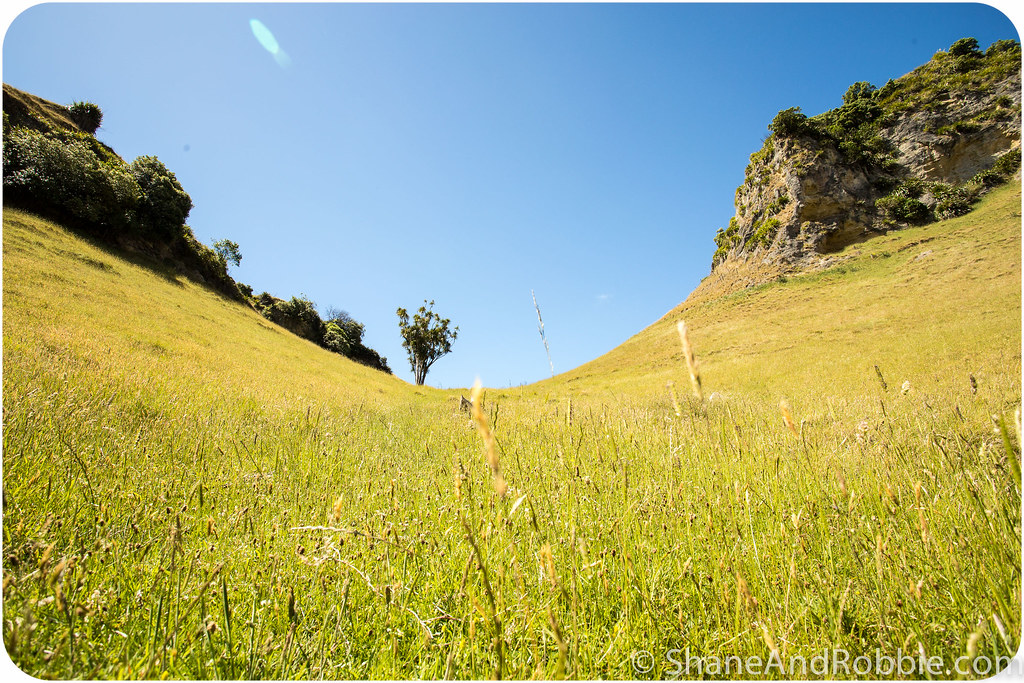 We walked past steep limestone outcroppings and along cliffs studded with ancient shells. The cliffs and valleys of the park are made of limestone built from the calcareous remains of billions of sea creatures that lived and died here when this area was all part of some ancient sea floor. 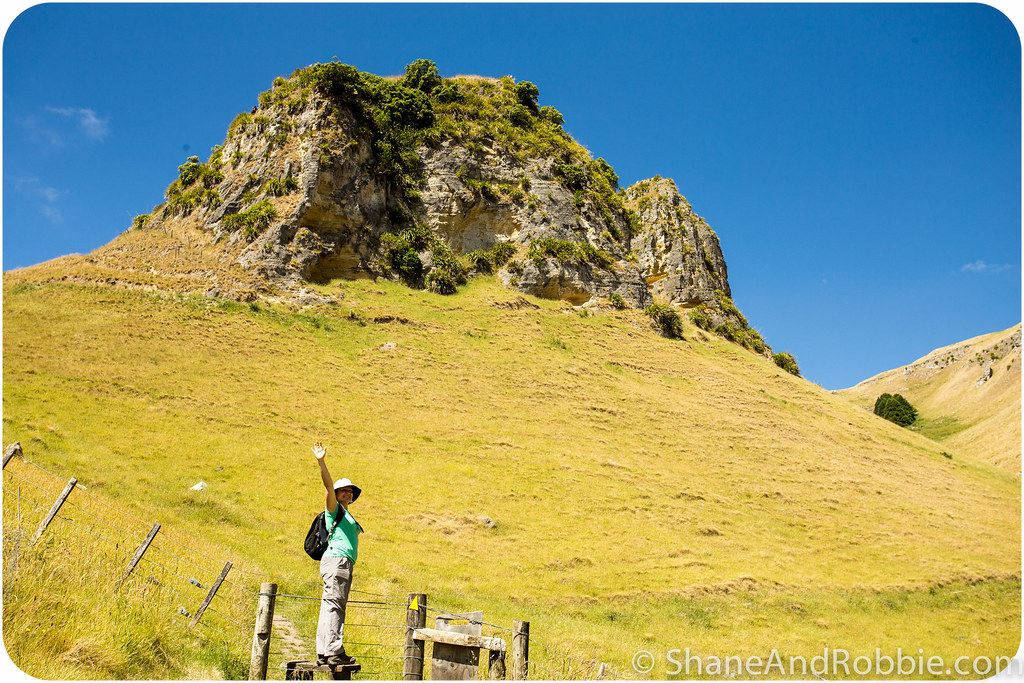 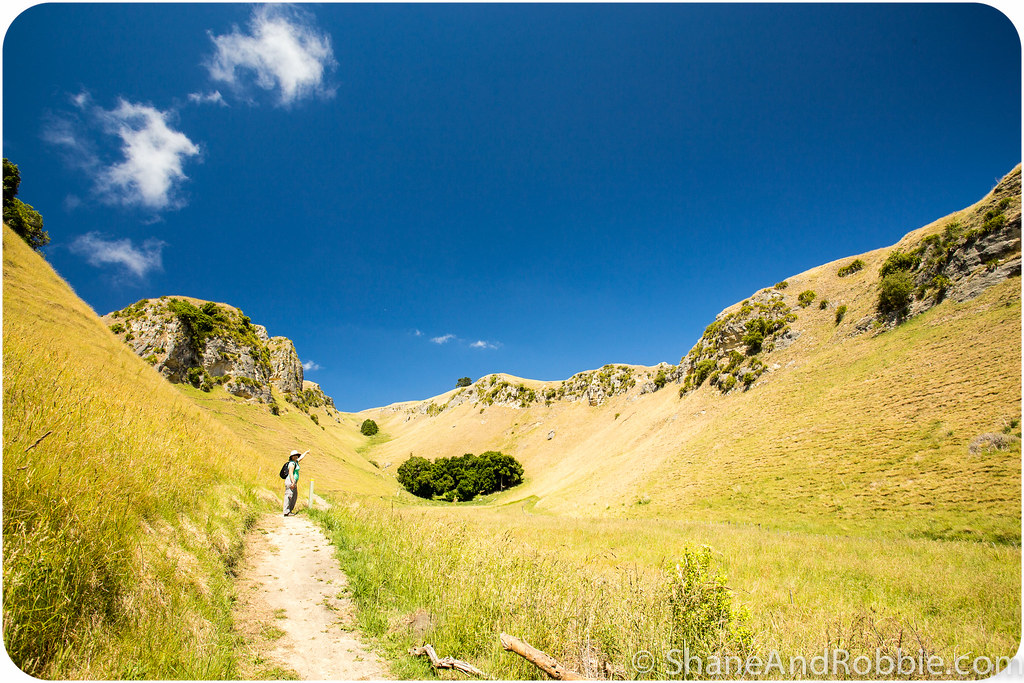 Finally, after a full day of hiking and wandering the streets of Napier and Hastings, we headed home to enjoy an awesome seafood feast at a local beach-front restaurant. Perfect end to a perfect day in Hawke’s Bay! 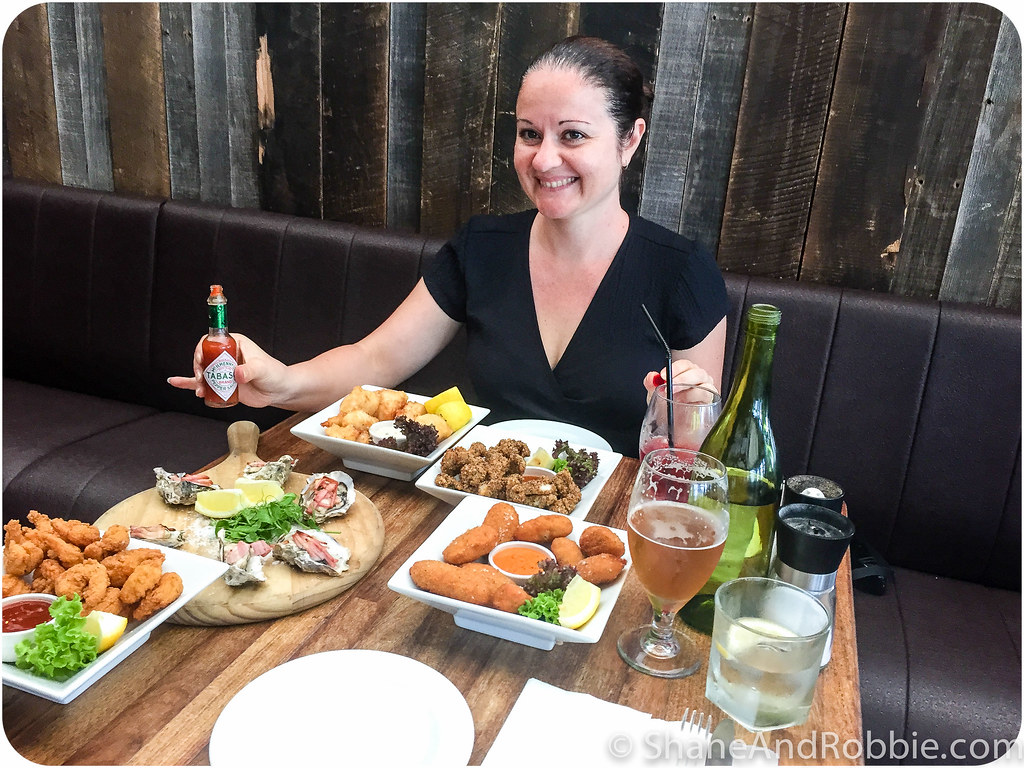