In all our visits to New Zealand one area we have never seen is the North-Eastern corner of the North Island. Even during this trip we won’t be heading out to the wild, untamed reaches of the East Cape, as that region is referred to locally – it’s just a bit too far and a bit too hard to get to. Today is the closest we’ve ever come to exploring the rugged, natural beauty of that area, and it was hilly, wet, densely forested and beautiful. 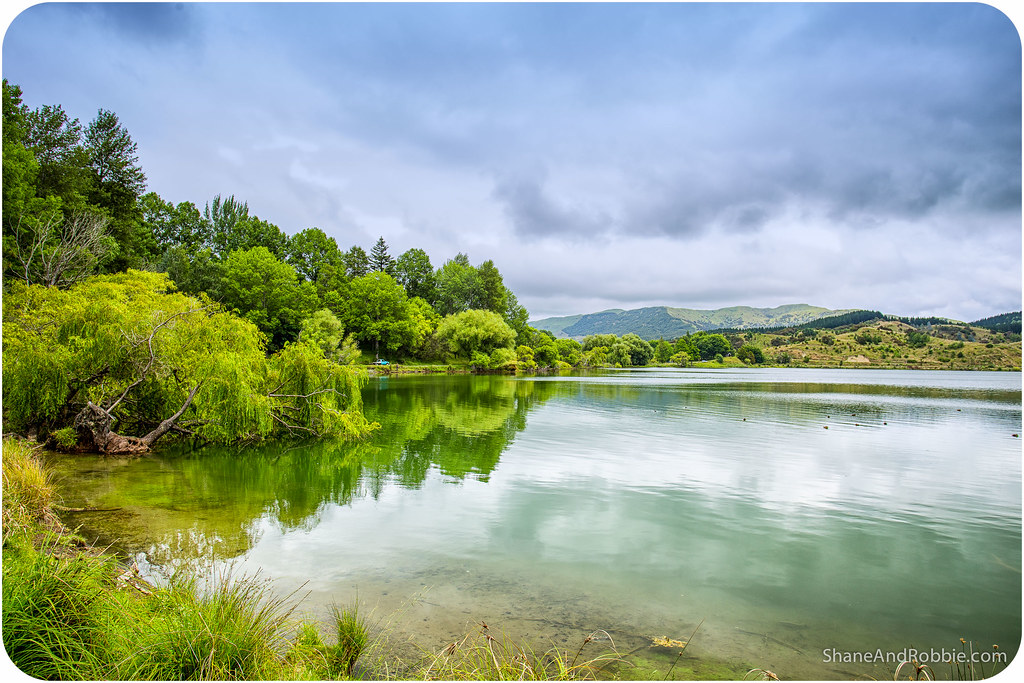 Driving North and inland from Hawke’s Bay we went up through the ranges and into Te Urewera National Park. Te Urewera is an area of rough, sparsely populated hill country to the North-East of Hawke’s Bay. It is the historical home of the Tuhoe Maori iwi (tribe) and most of the (few) inhabitants in the area are still Maori. 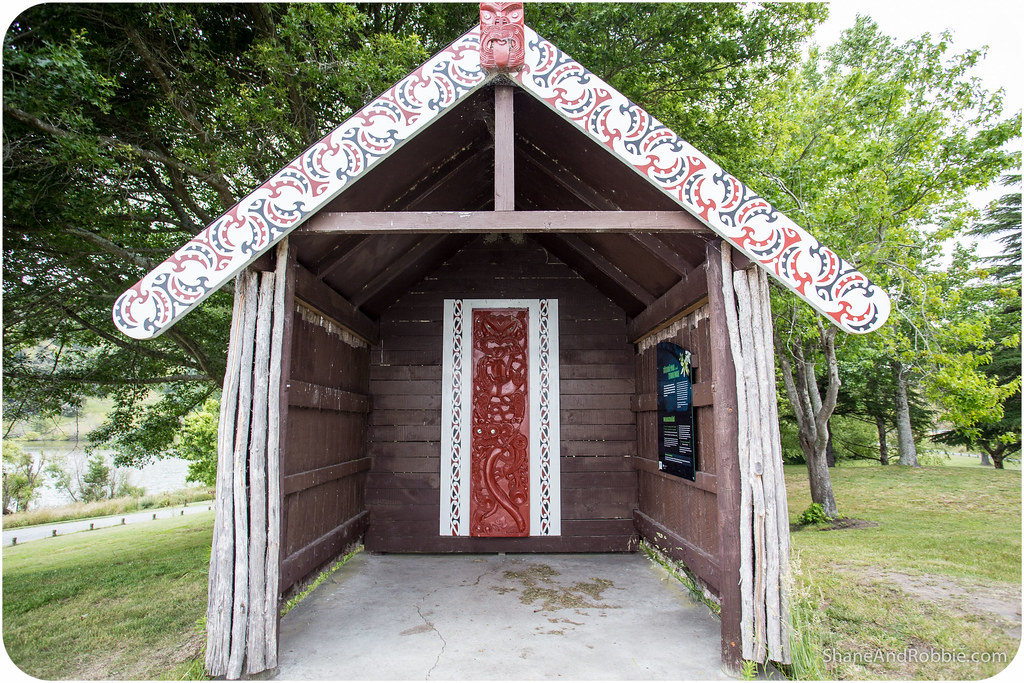 The area is isolated, with State Highway #2 being the only major arterial road crossing it. Because of its isolation and dense forest, Te Urewera remained largely untouched by British colonists until the early 20th century. In the 1880s it was still in effect under Maori control and, until the mid-20th century, few pakeha* were prepared to risk entering Te Urewera.

*Pakeha is a Maori language term for any non-Maori New Zealander. We’ve been old by some of the locals that not all non-Maori Kiwis like the term as they feel it has a derogatory connotation, but for the most part it seems the moniker has been embraced and is viewed positively. 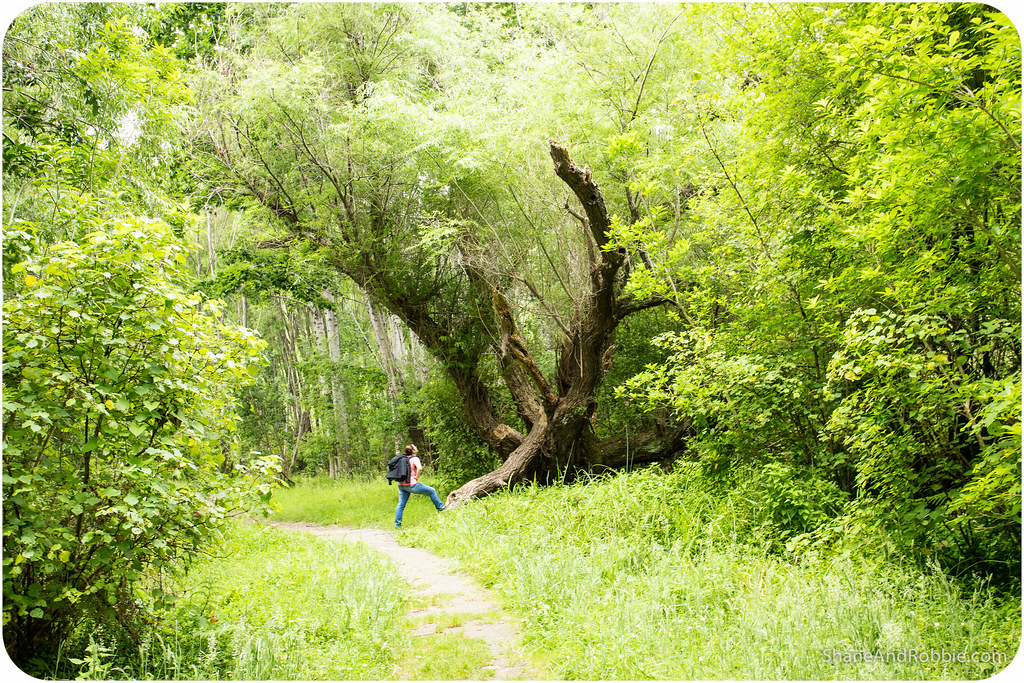 Today the region is still relatively wild compared to most of NZ, but is certainly far more accessible. Most of the region is national park, and, though some of the valleys have been given over to forestry and logging, lush temperate rainforest covers most of the ranges. 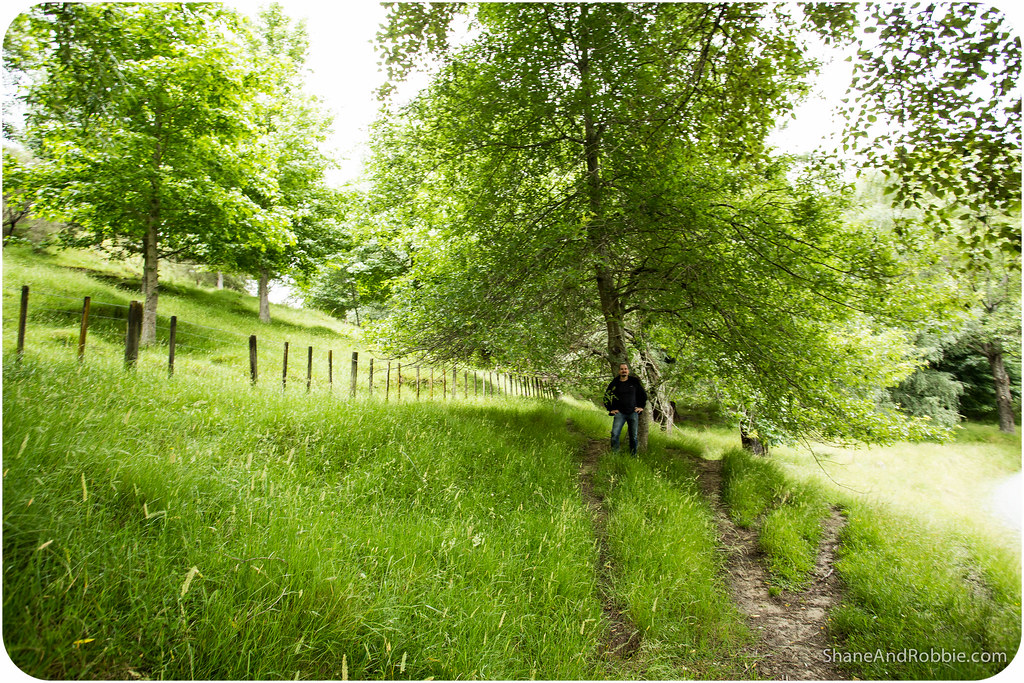 There are a number of hikes you can do through the national park, ranging in length from 30-40 minutes, up to multi-day tramps (as the Kiwis call their epic multi-day hikes). Rather than just do one long hike we decided to stop at a few places along State Highway #2 and do a few shorter walks. 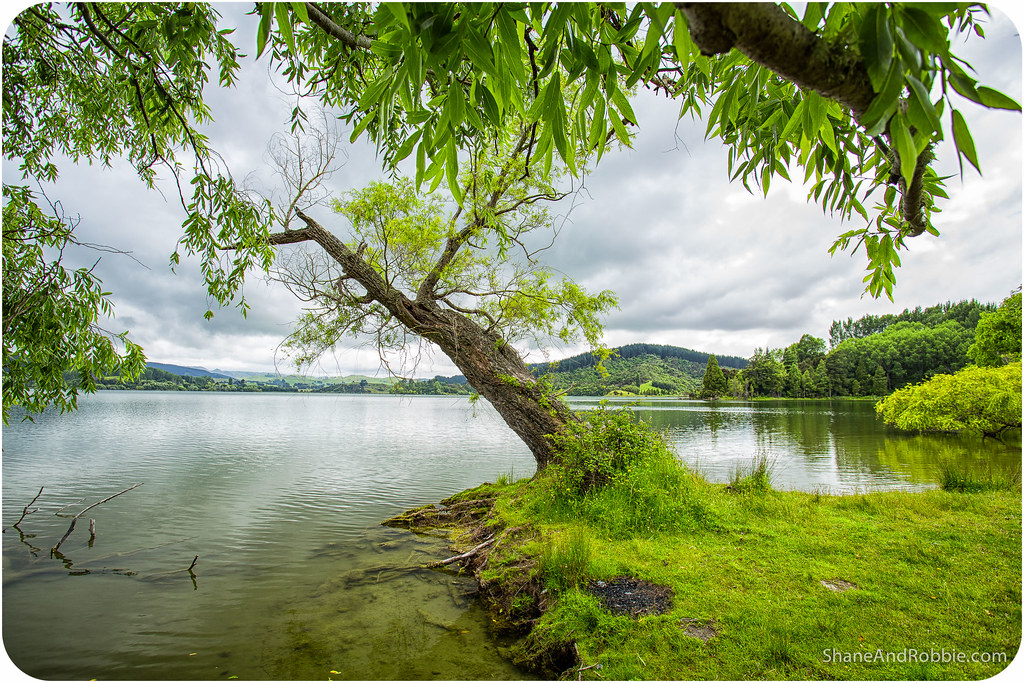 Our first stop for the day was Lake Tutira. This large fresh water lake is a wildlife refuge that’s popular for camping and picnics. Memorable for its weeping willows and prolific bird life, the lake was declared a bird sanctuary in 1929 at the instigation of Scottish farmer/author/ornithologist William Herbert Guthrie-Smith, who once farmed neighbouring Tutira Station. 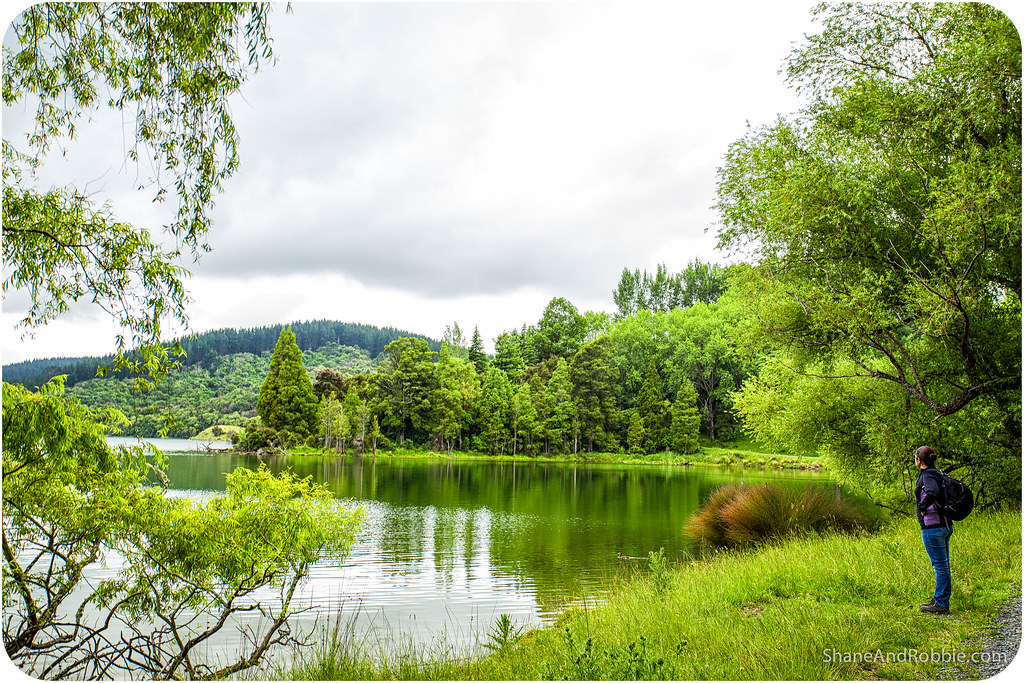 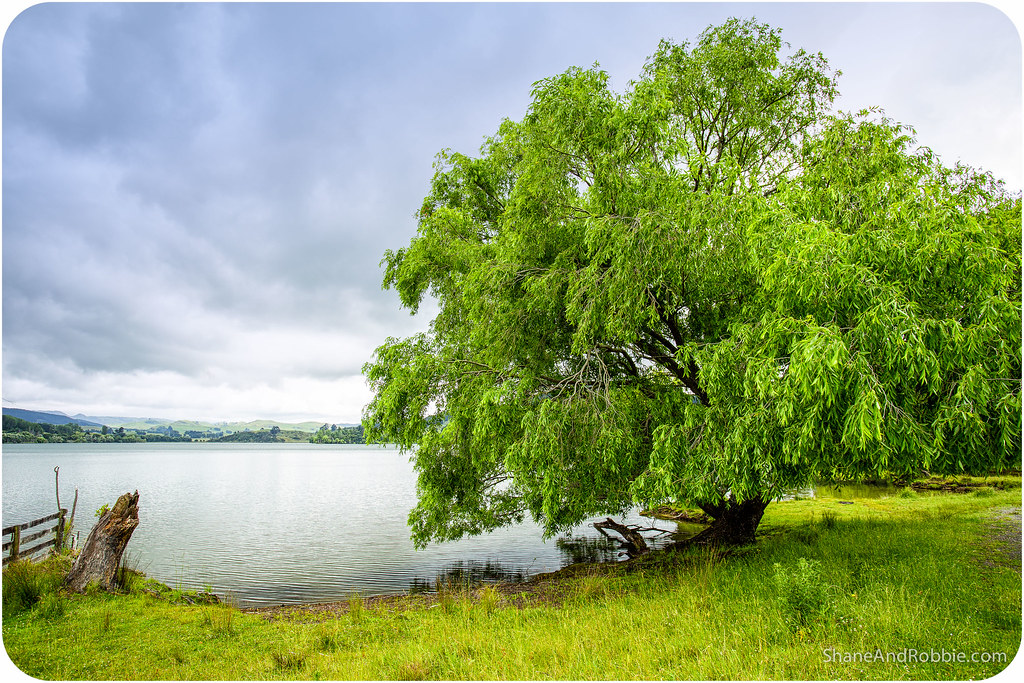 We saw heaps of birds as we did the gentle trek along the waterfront, including ducks, black swans, shags, swallows and New Zealand wood pigeons. Crossing a couple of fields we also got to see some of New Zealand’s other famous “wildlife”: cows and sheep*.

*By now you will have worked out that the colour of New Zealand is GREEN; what you may not realise is that New Zealand also has a very characteristic smell. The smell of New Zealand, ladies and gentlemen, is poopy. Think acres and acres of fields fertilised (naturally) by sheep and cow poop, wafting their aromas gently into the wind. 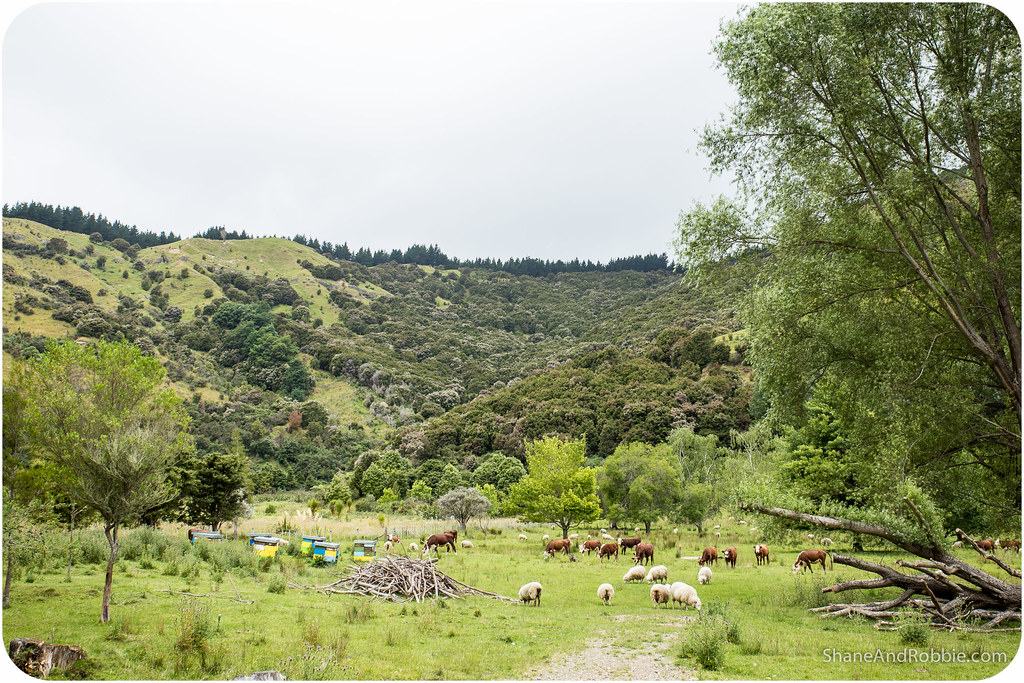 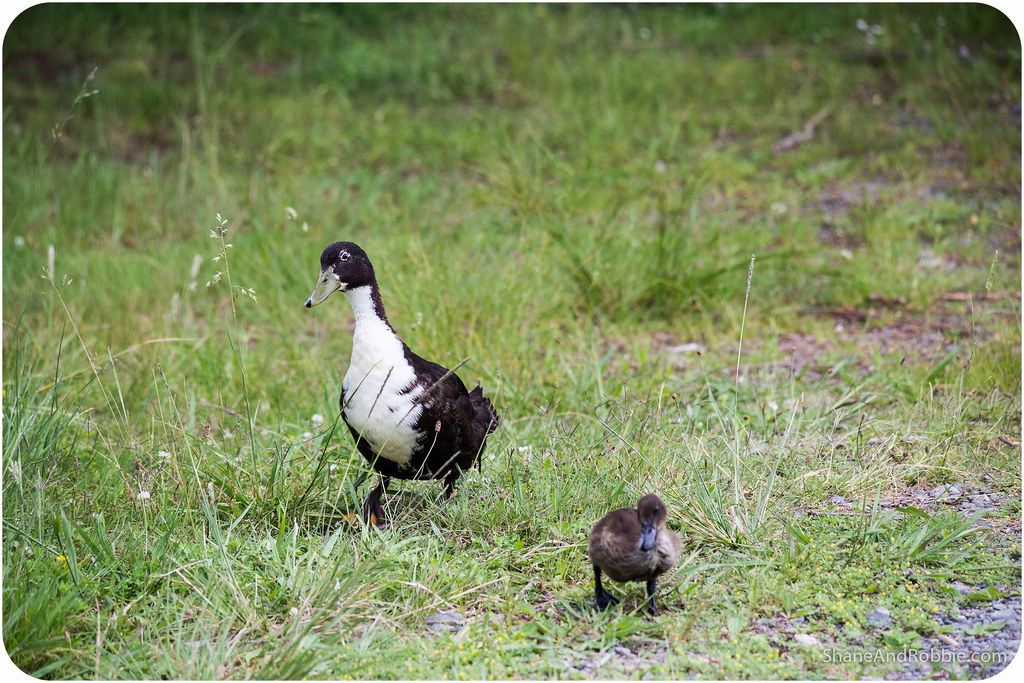 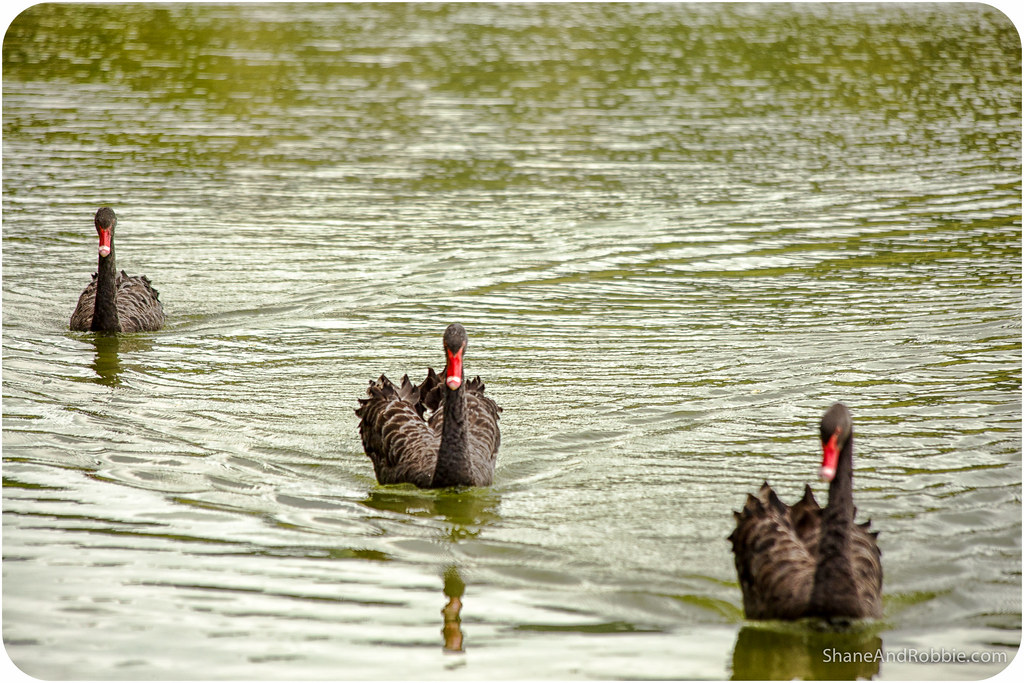 From there we drove down to the White Pine Scenic Walkway, named after the large groves of kahikatea (white pines) the trail meanders through. 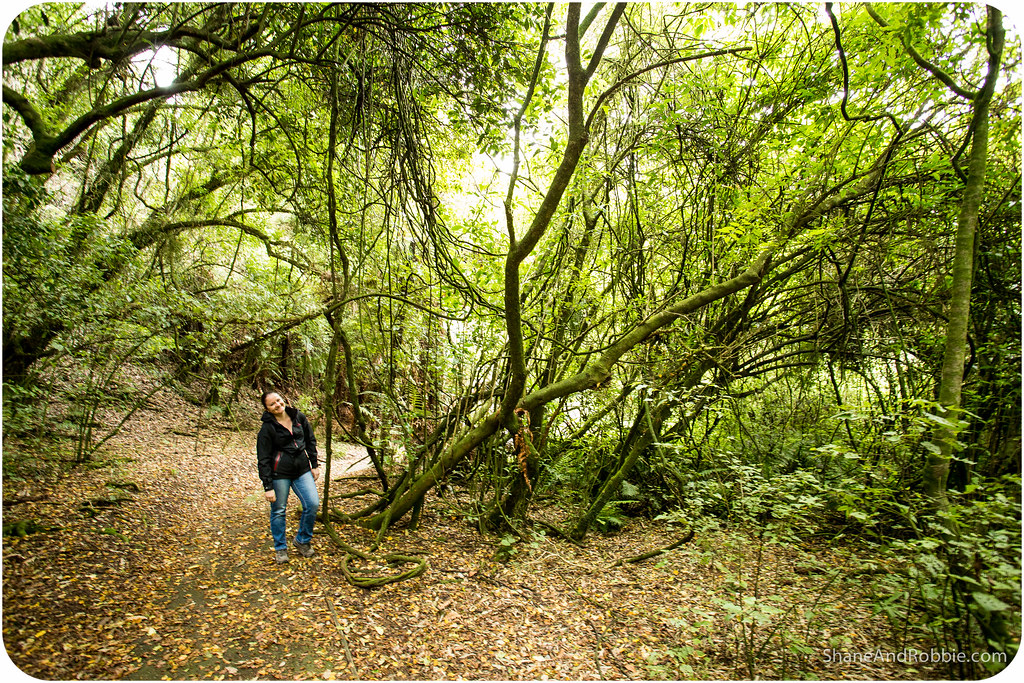 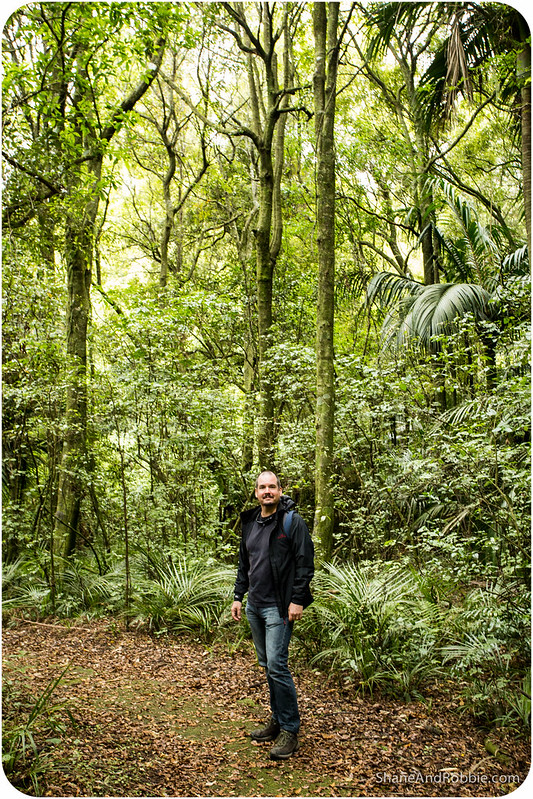 The White Pine Walkway meandered through the kahikateas and native rainforest. It was a great little walk and an easy way to spend half an hour. 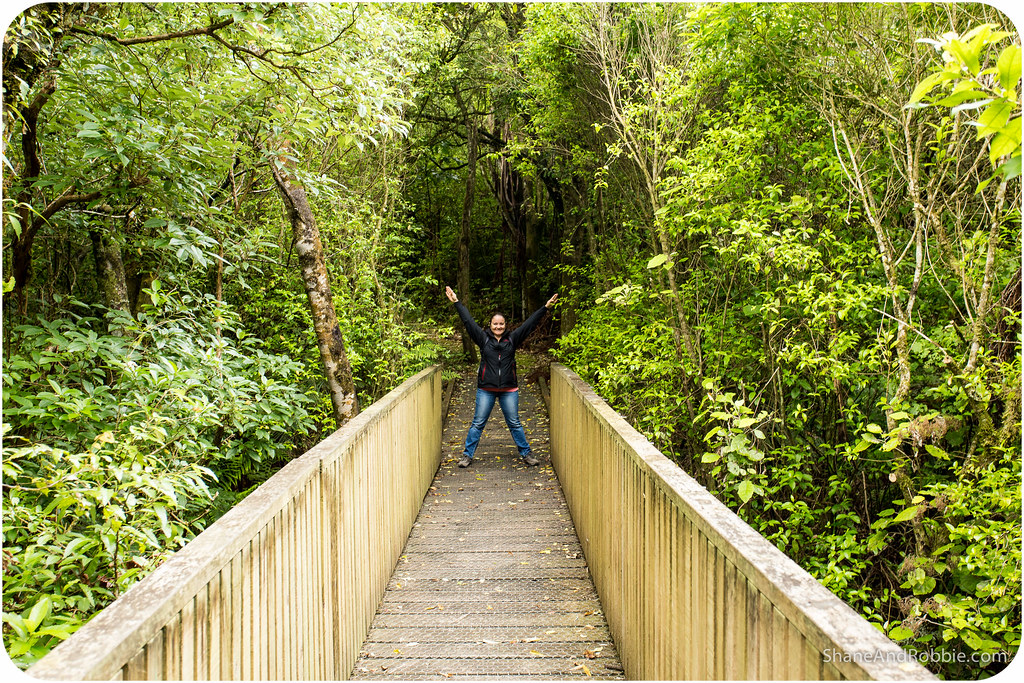 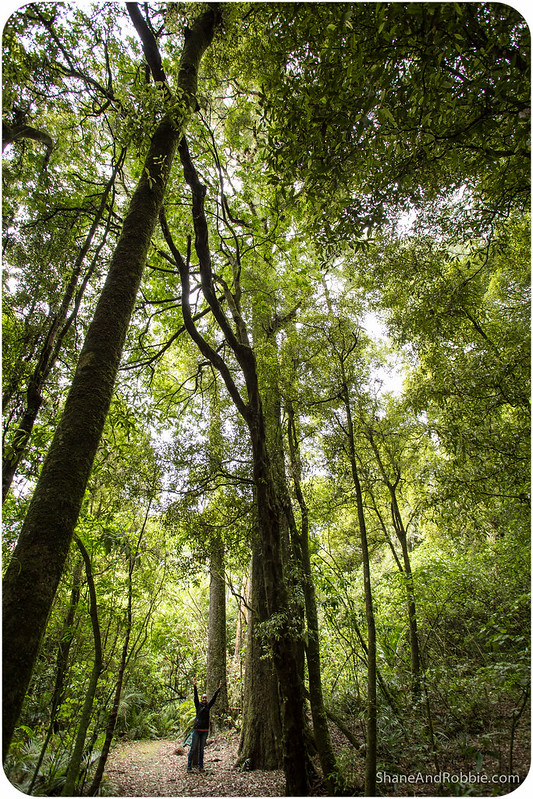 Finally, after a picnic lunch, we drove on to the Tangoio Falls Scenic Walkway. This hour-long trek took us alongside a picturesque stream whose waters were crystal clear and very, very cold. We walked the easy 2km to the waterfalls through green rainforest glens, past little waterfalls and over moss-covered wooden bridges. 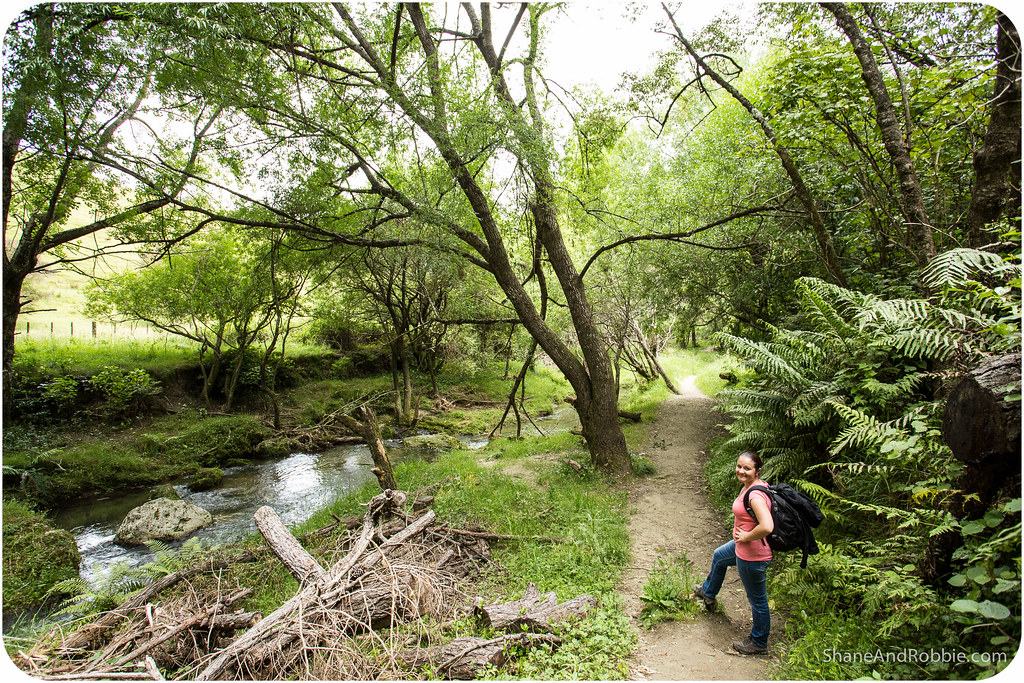 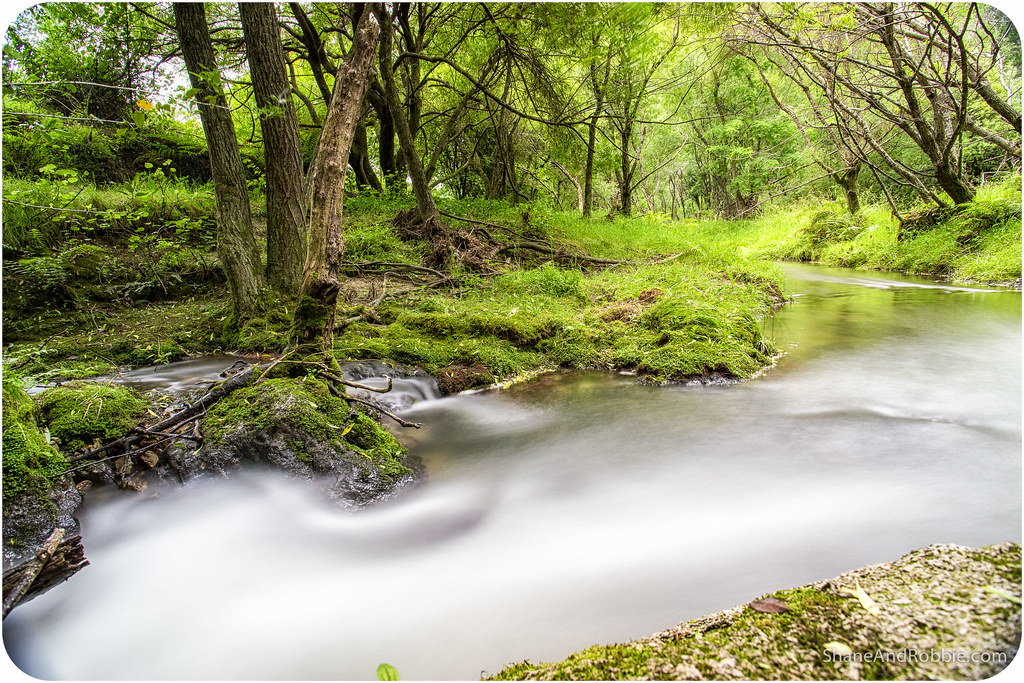 The waterfall itself was pretty impressive. We sat on the rocks under the falls for a while, enjoying the sounds of the water rushing down the cliff and the solitude of the New Zealand bush around us. 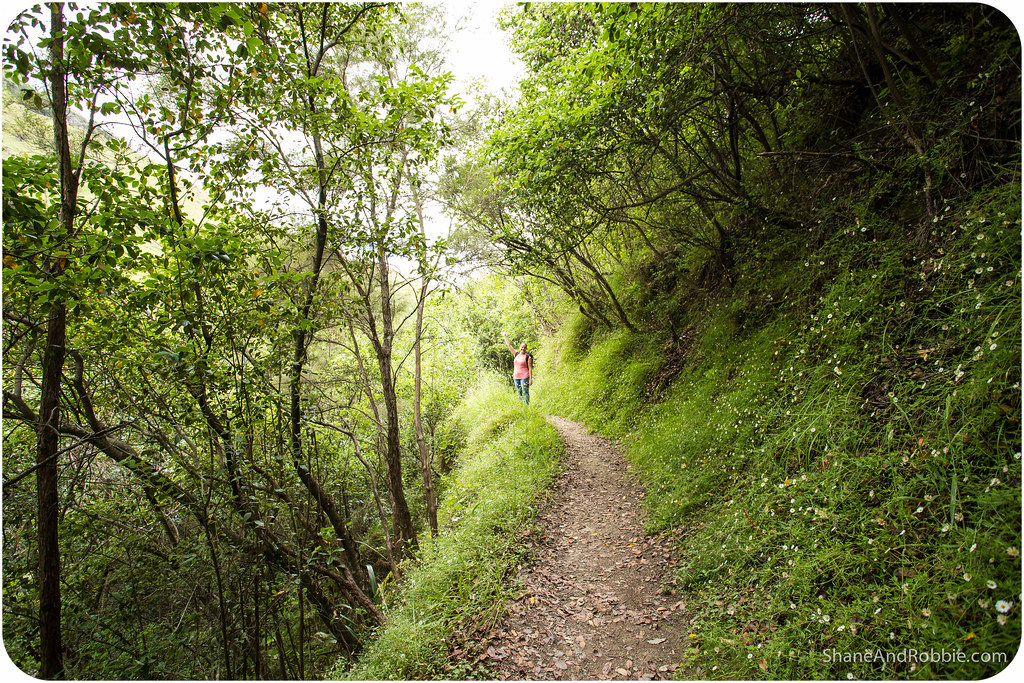 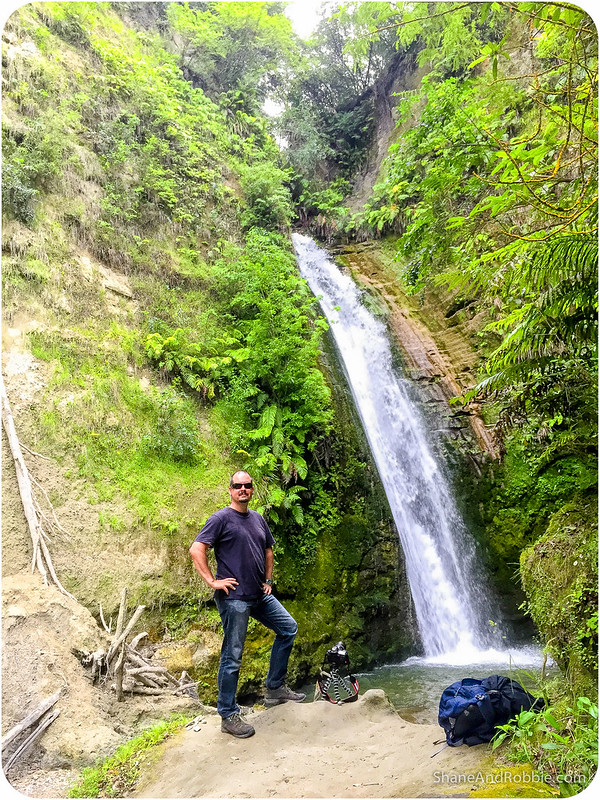 All-in-all we had a lovely day and got a tiny glimpse of what the East Cape must be like, with its rugged scenery and forested mountains. We’ll have to get over to that part of NZ some day!