LEAVING THE HIGHLANDS, BOUND FOR NARA-SHI

Welcome to Nara-shi, blog fans! Nara-shi is a former capital of old world Japan, a UNESCO World Heritage Site, home to some of Japan’s best preserved ancient temples and shrines, and our home-away-from-home for the next few days. 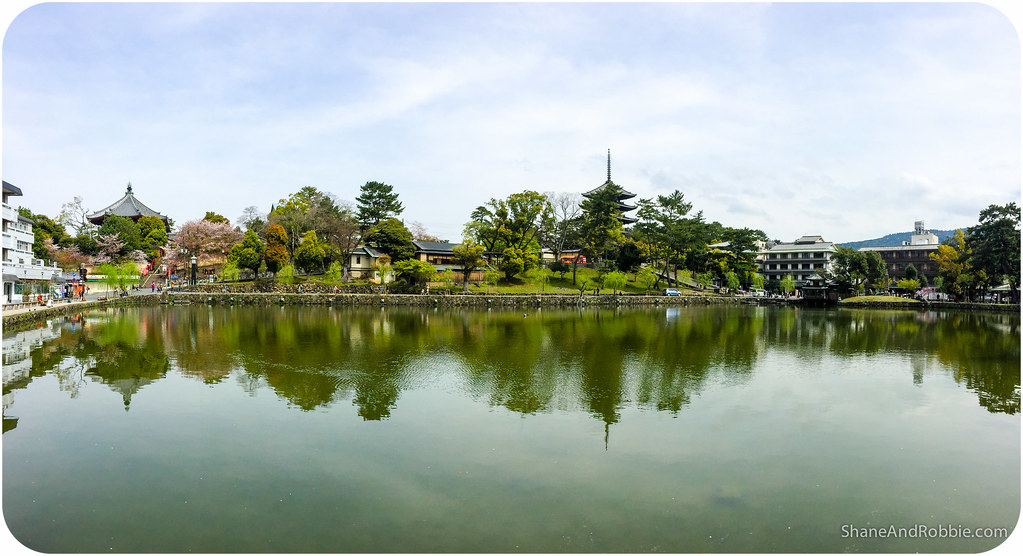 We left Fuji-kawaguchiko-machi early this morning, on a local bus bound for Shin-fuji station*. The bus wound its way along the narrow mountain-side roads, past tiny alpine lakes and through sleepy villages and holiday towns. As we drove southwards, Mt Fuji remained aa constant presence on our left – or at least so we assumed; the thick cloud cover and constant drizzle meant we didn’t seen Fujisan at all today.
*Throughout Japan there are shin- stations. These are the specially-built train stations that accommodate the super-fast shinkansen or “bullet trains”. In order to ensure they are not slowed down by local and/or freight trains, shinkansen routes are completely separate from conventional rail lines. This not only allows these awesome trains to run super-fast, but also ensures they are super-punctual. We read today that last year, across the entire shinkansen network, train ran exactly to schedule 99.5% of the time, with the average delay being 36 seconds. Now that’s punctual! 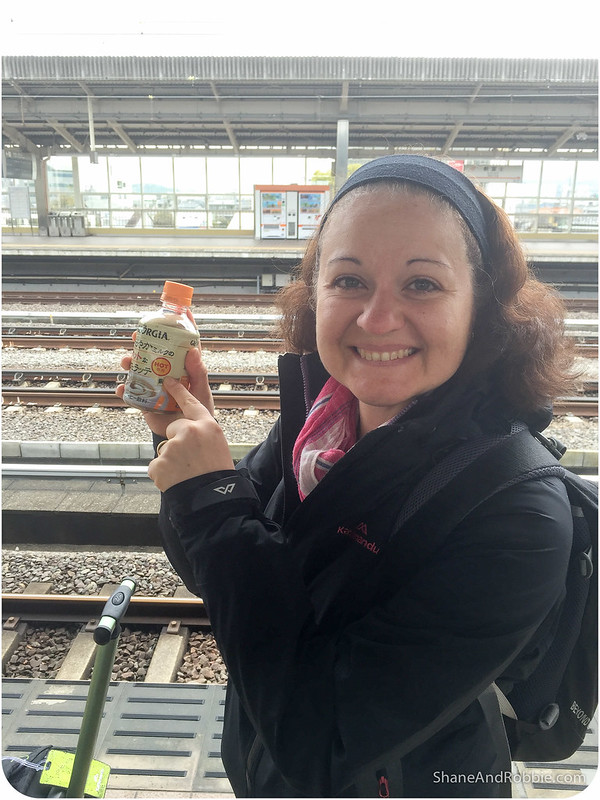 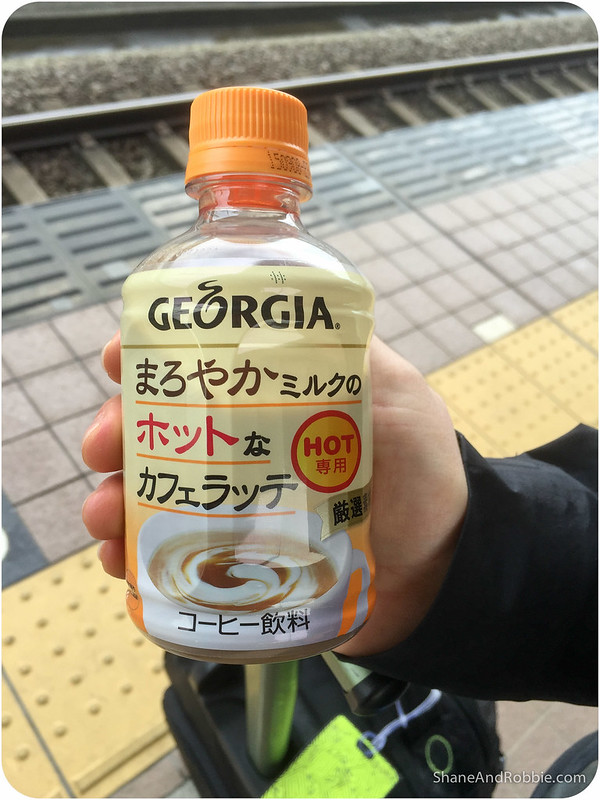 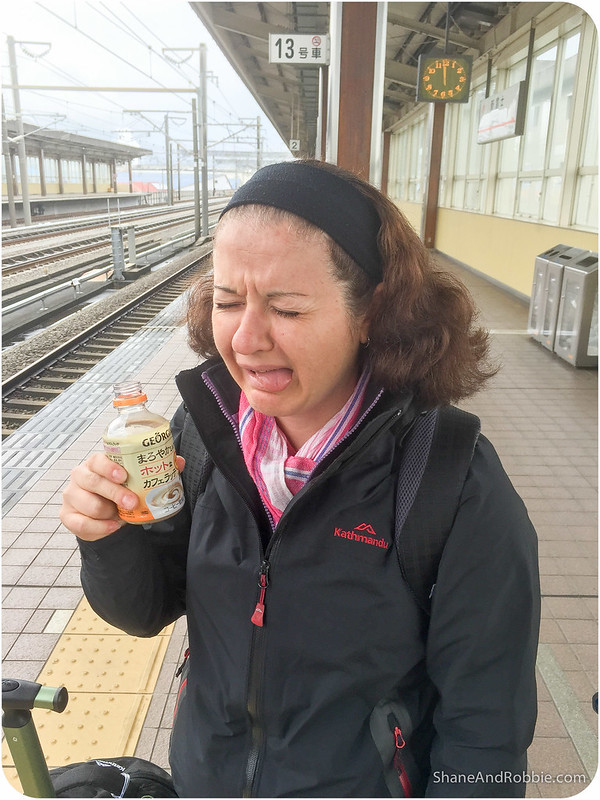 Luckily our shinkansen arrived before we had time to make any more bad vending-machine based decisions, and we were soon on our way. We’ve ridden shinkansens a few times, but they still impress every time. They are just so fast and so smooth – it’s AWESOME! The sound of them as they roar past is impressive too – like a jet plane on land. We read a bit about the shinkansens whilst travelling the 2 hours from Shin-fuji to Kyoto. Some interesting shinkansen-related factoids:
• Shinkansen trains reach maximum speeds of 320 km/h and run of a 25,000V AC overhead power supply.
• Each 16-car shinkansen train carries just over 1,300 passengers.
• More than 350 million passengers use the shinkansens every year.
• Between Tokyo and Osaka, the two largest metropolises in Japan, there are up to 13 shinkansen trains running in both directions per hour. At peak times there is only a 3 minute gap between trains on this route.
• The first shinkansen was built in the early 1960s, with Tōkaidō Shinkansen began service on 1 October 1964, in time for the first Tokyo Olympics.
• Over the Shinkansen’s 50-year history, carrying nearly 10 billion passengers, there have been no passenger fatalities due to derailments or collisions, despite frequent earthquakes and typhoons. 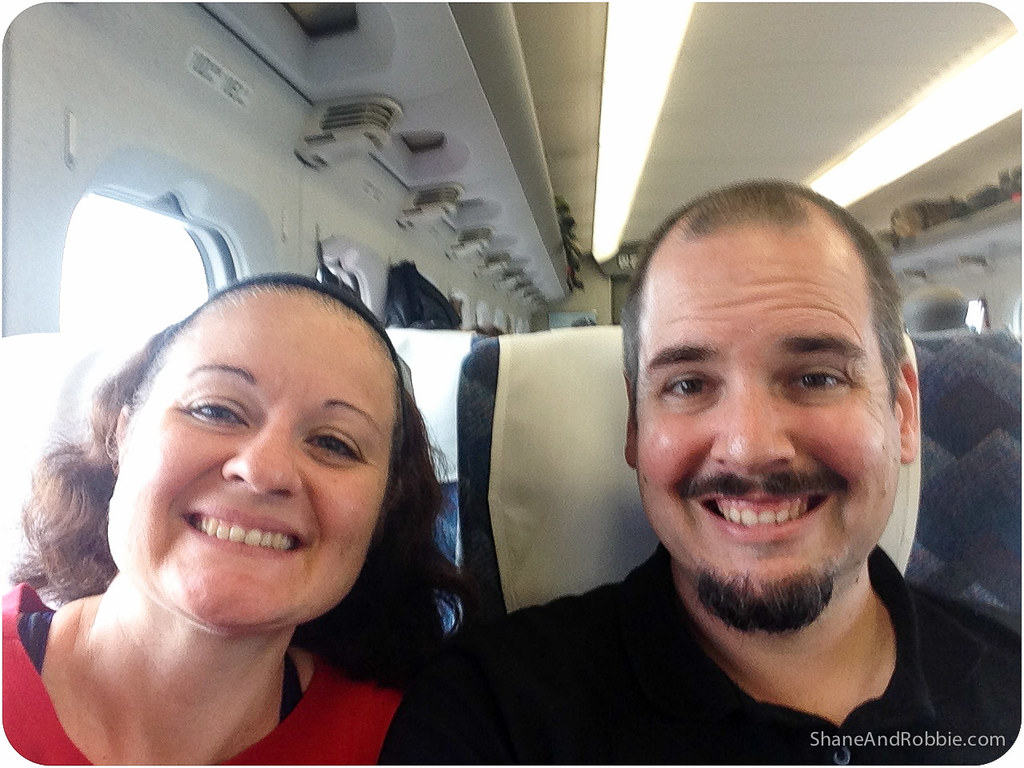 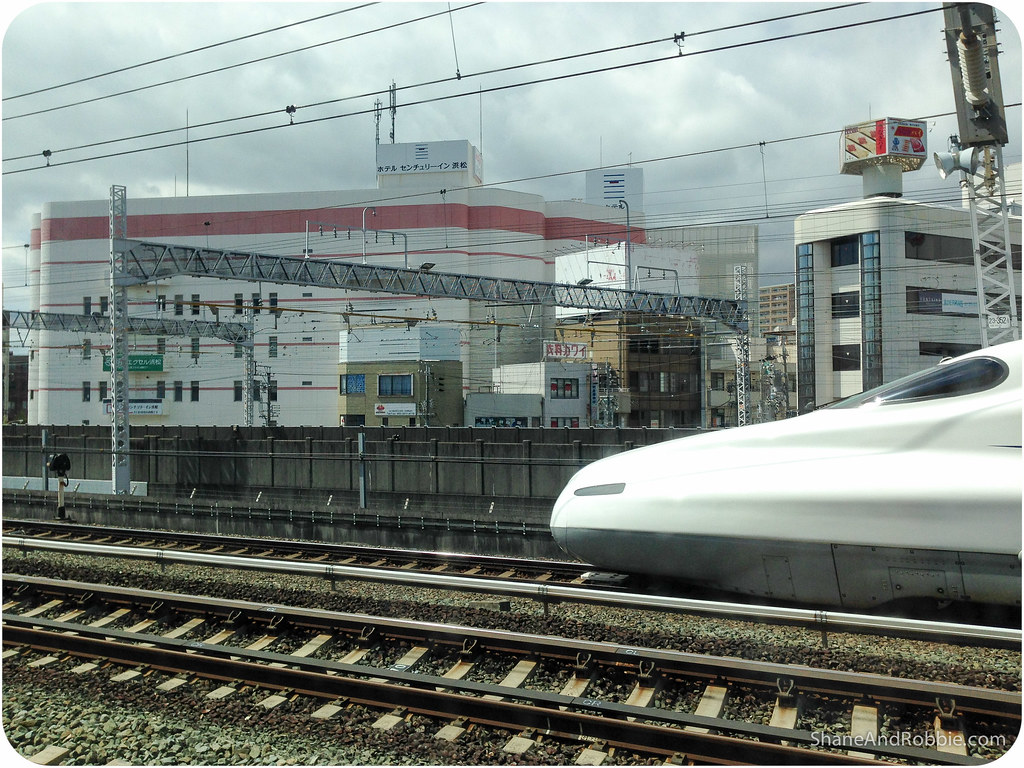 Another few hours, a train change and some lunch later, we arrived in Nara-shi. While we’re here we’re staying in a small, family-run ryokan (i.e. traditional Japanese guesthouse), that’s close to all the major sights, but tucked away down a quiet laneway. We often find these little ryokans are a great accommodation option here in Japan as they’re inexpensive, and comfortable enough*, with great personalised service.
*That is, you’ll get a bed, a warm shower, and wifi, but no frills or “perks” like room service, bath robes or fluffy slippers. 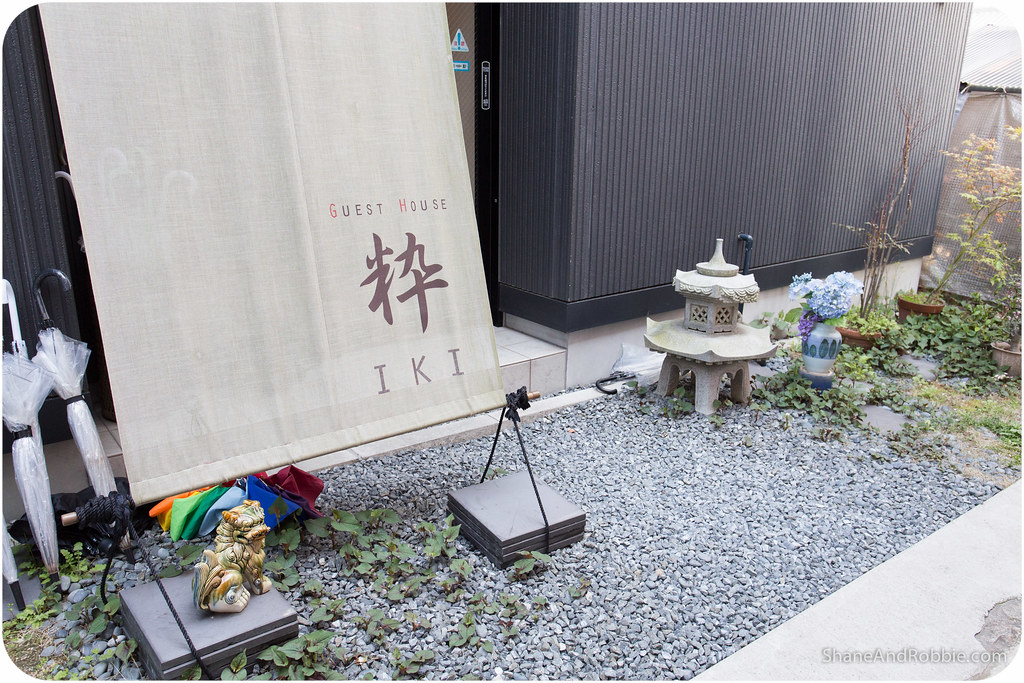 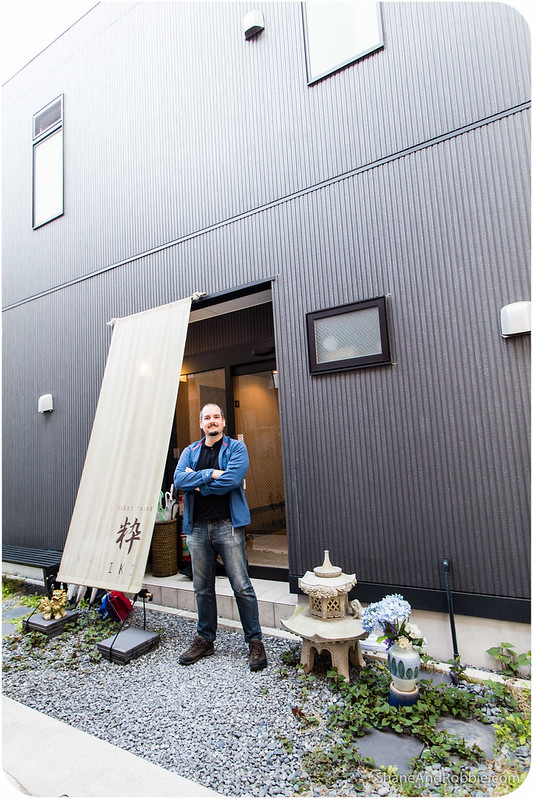 We’re in Nara-shi for a few days to explore some of the town’s temples, shrines and museums. This was the imperial capital of Japan from 710 to 794, at a time when Buddhism was flourishing in Japan. Though the main palace here in Nara has long been destroyed, many of the original wooden temples and shrines from the 8th century remain intact. Consequently this has becomes a major centre for Buddhist religious studies here in Japan, as well as a popular tourist stop-over. 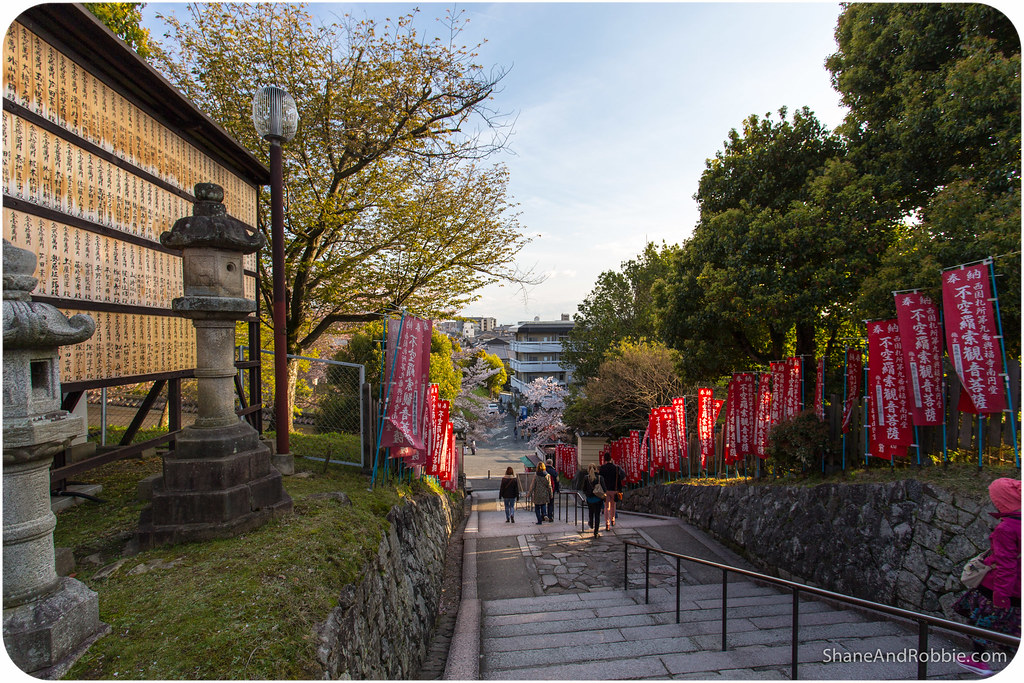 We’ve got plenty of time to explore the historical sights of Nara-shi, so for today we just enjoyed wandering the streets of the old town. With its narrow laneways and old wooden buildings, this is one pretty place. 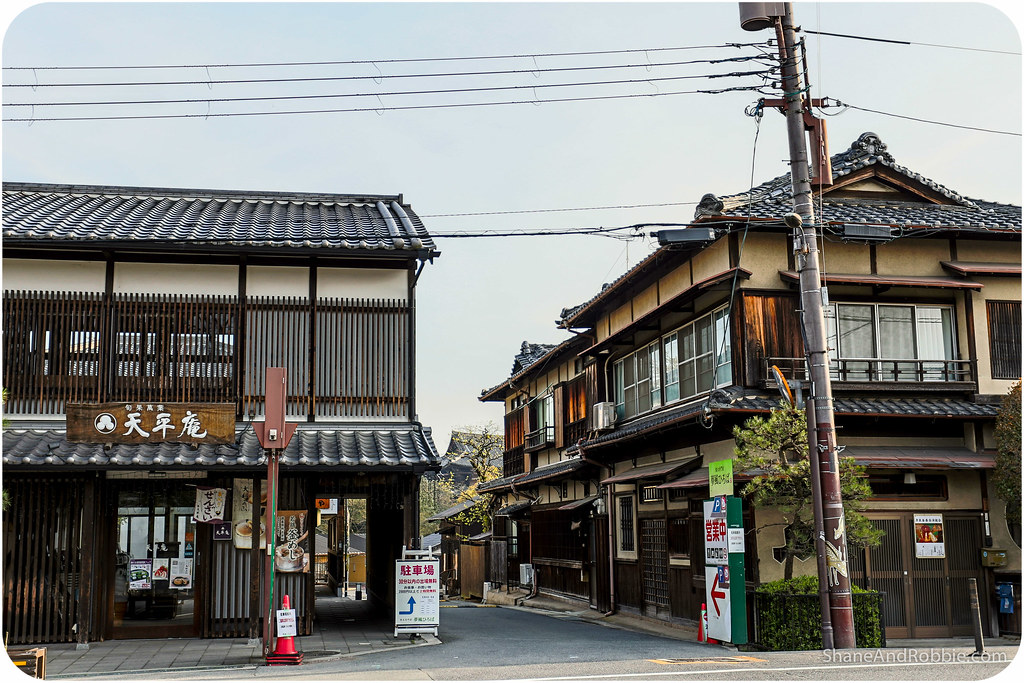 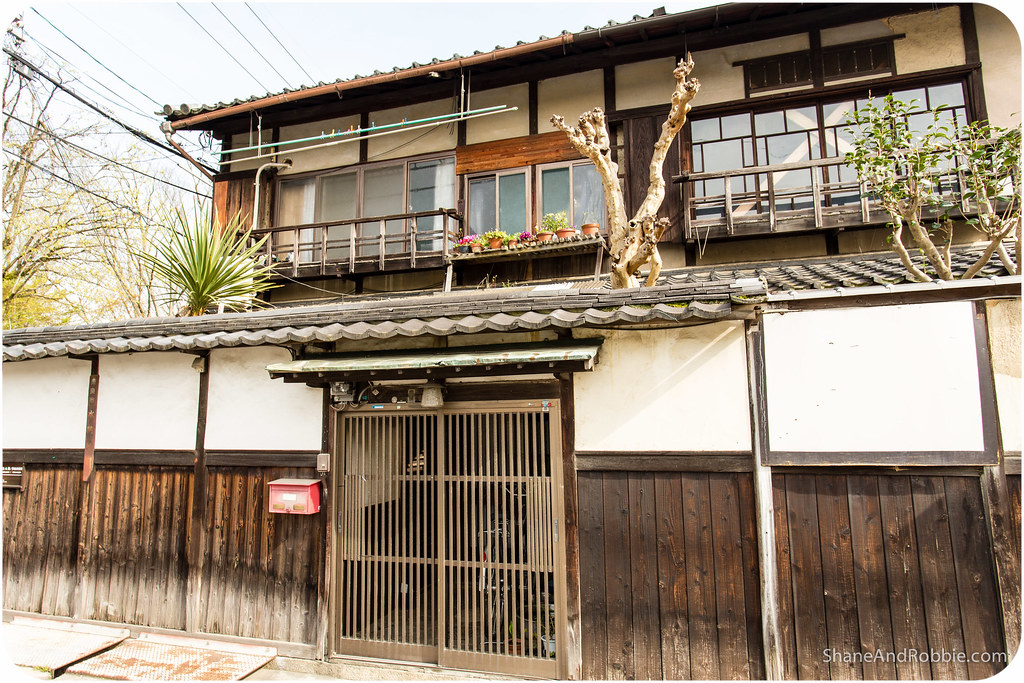 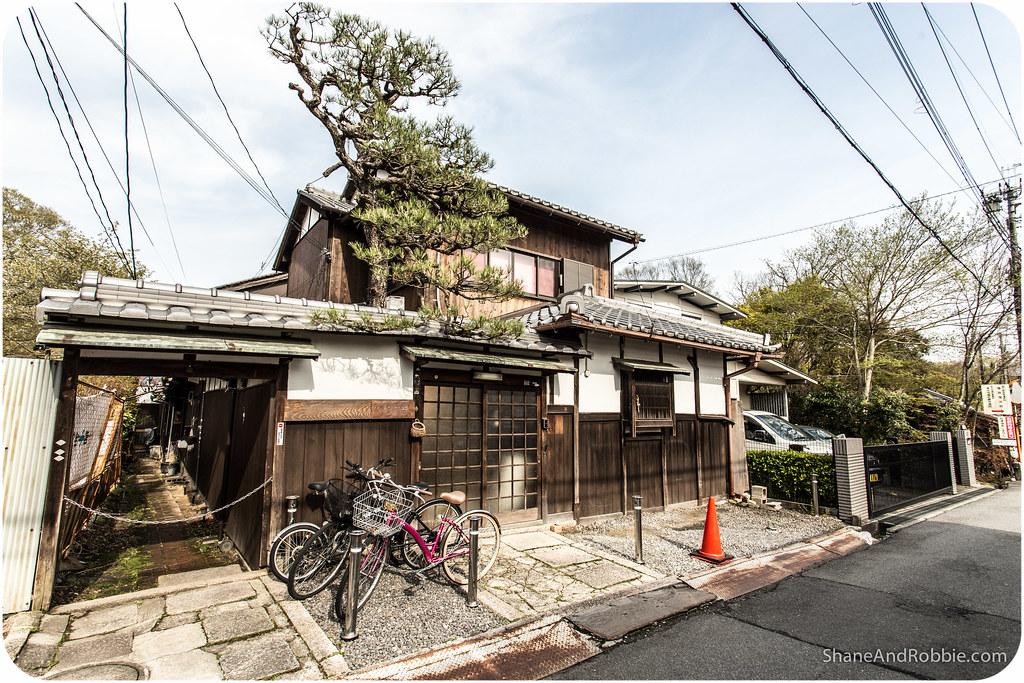 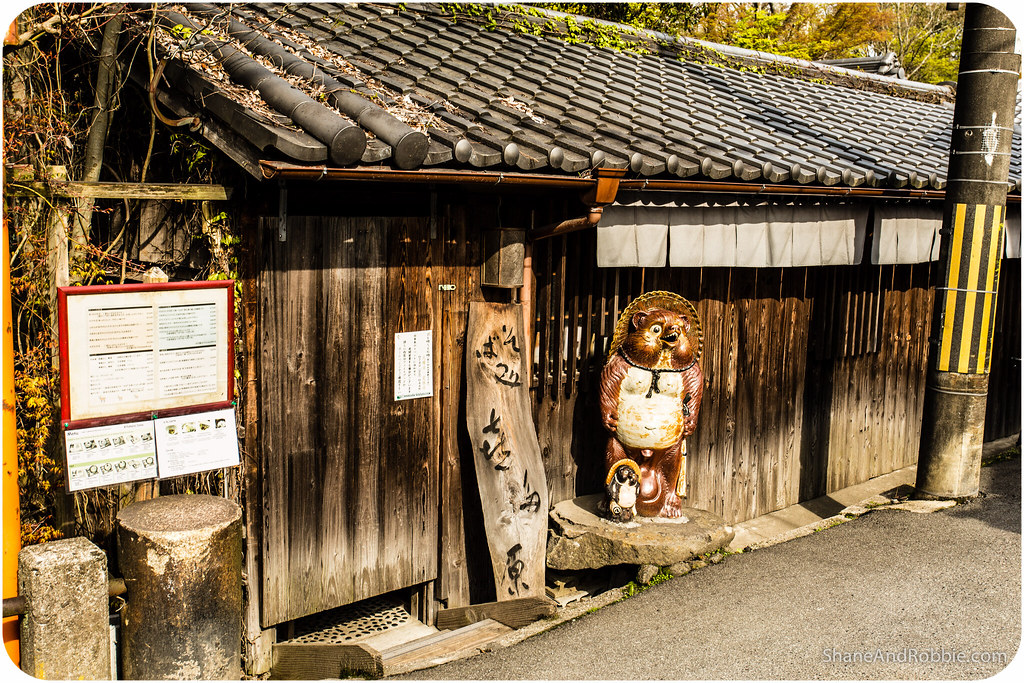 One of the funniest things we saw were deer roaming the streets. Yup: deer. Turns out there are herds of deer that roam through Nara-koen (i.e. Nara Park), where all the historical temples and shrines are. But without fences to keep them penned in, the deer are free to roam around where-ever they please. Very cute…. or not: there are signs all around the place warning people to be careful as the deer can get a bit “friendly” in their attempts to get your attention and get fed. 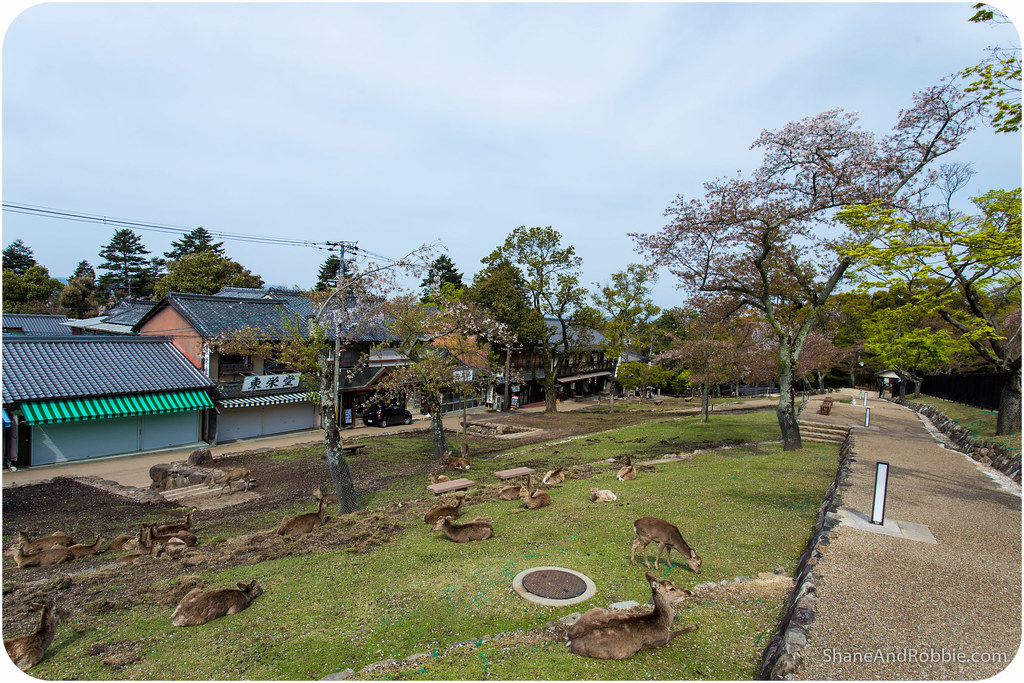 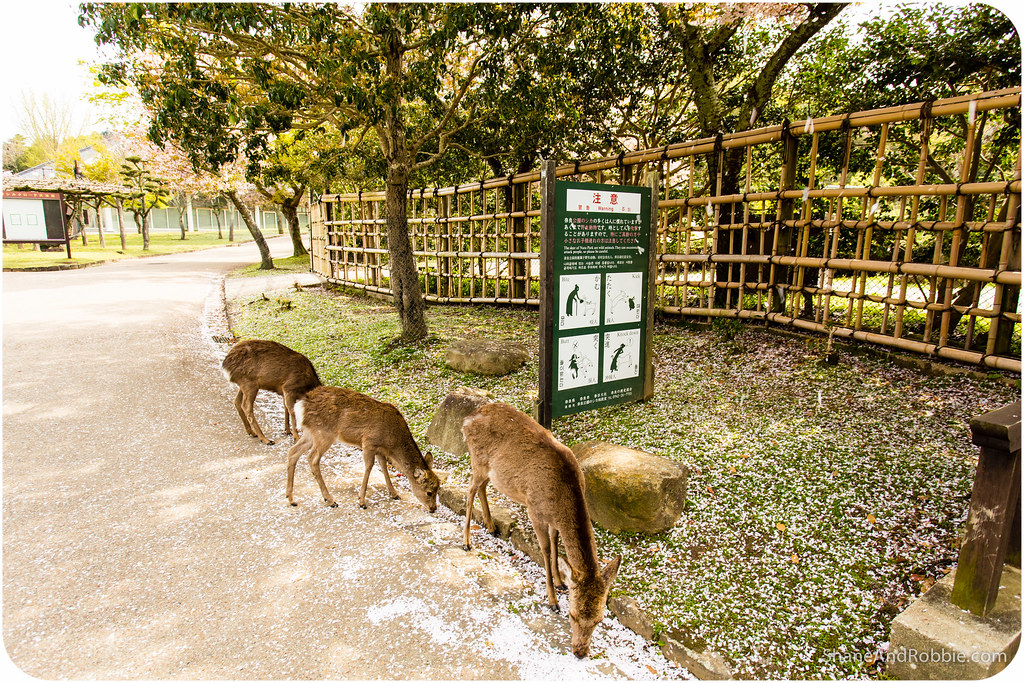 Turns out the reason there are deer everywhere is because there is a legend that the mythological god Takemikazuchi arrived in Nara on a white deer to guard the newly built capital and protect it. Since then deer have been regarded as sacred, and protectors of the city. The sika deer that roam Nara Park (and the town itself) are essentially tame and many of them have become quite fat from all the tourists feeding them special shika sembei (i.e. deer biscuits). We refrained from feeding the already-well-fed deer, but did enjoy watching the deer greedily and insistently chase after a few squealing tourists who had just run out of deer biscuits. The other things we saw which was great was the deer bowing to people – they are trained/habituated to bow if you bow to them. 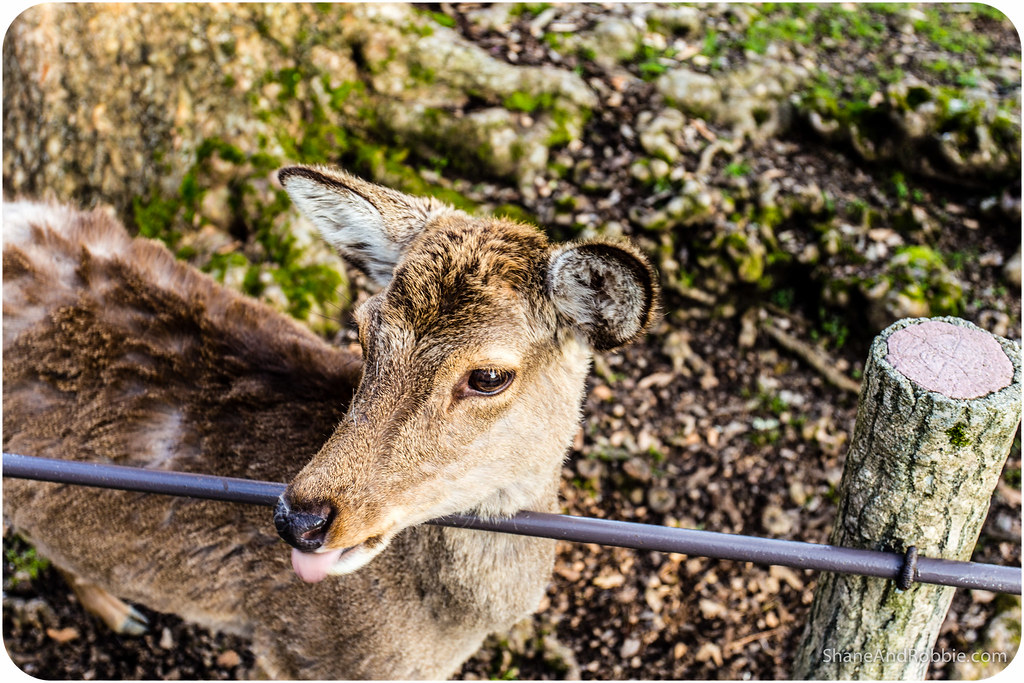 After a few hours exploring the town we found a place that specialised in nabemono for dinner. Nabemono is essentially a Japanese “hot pot”, where you have a little cooking stove at your table and cook all your meal in one pot at your table. We chose a chicken and vegetable hot pot and had a pot full of steaming chicken broth brought out, along with a generous selection of udon noodles, raw vegetables and chicken bits (no gizzards – we checked first). The worst bit was waiting for it all to cook as we sat and watched in hungrily. Once it was all cooked up, it was delicious though. A nice, warm, hearty meal to end the day with. A good start to our time in Nara-shi all round! 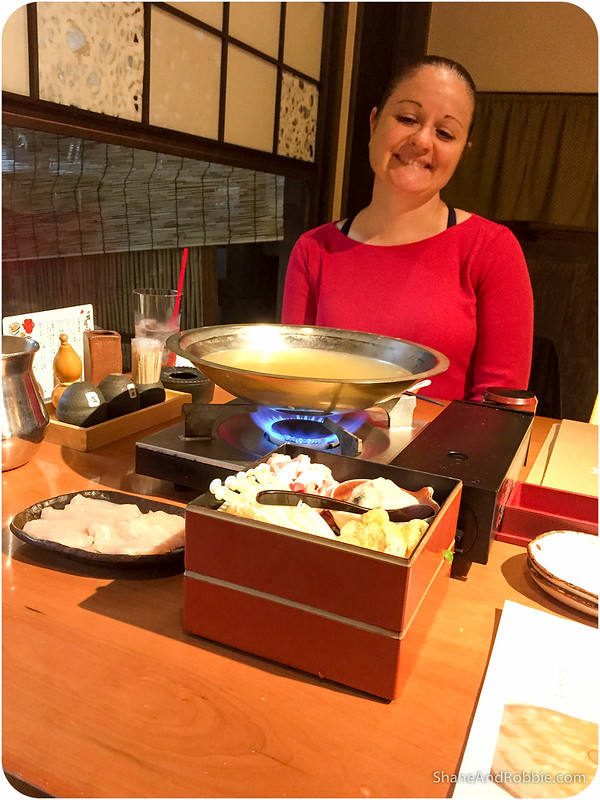