THE PERFECT DAY TO GO TEMPLE SPOTTING IN DAZAIFU & HIKING UP HOMANZAN!
Keen to see more of the area surrounding Fukuoka, we went to the nearby township of Dazaifu today to go temple spotting and mountain hiking. It was the perfect day for it too, with blue, cloudless skies above us and a gentle breeze blowing through the trees. 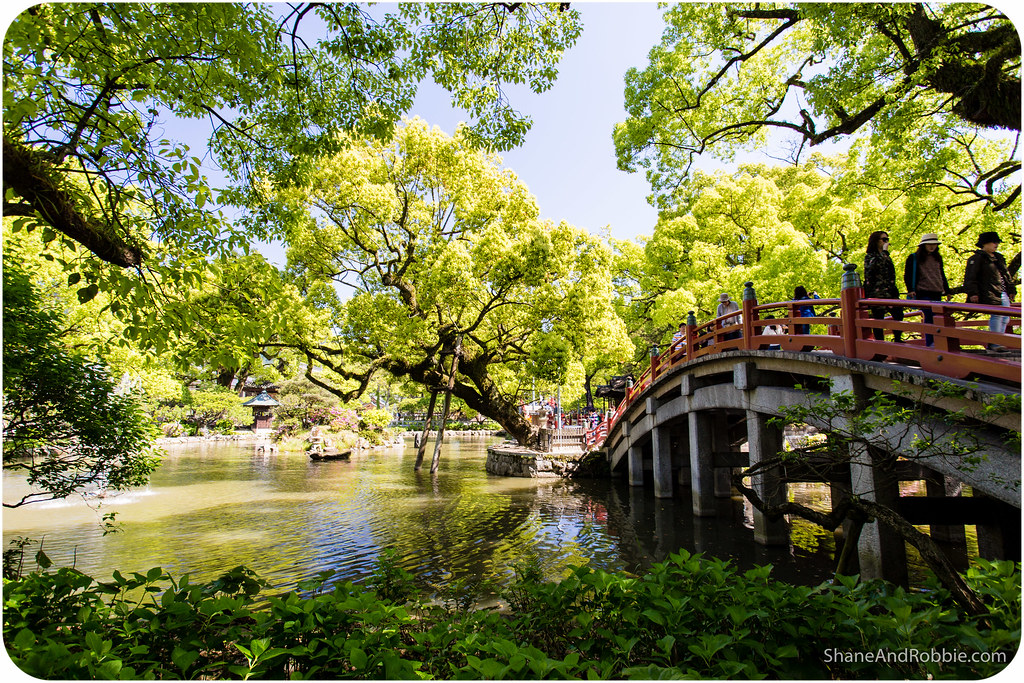 Nestled in amongst the mountains, Dazaifu makes for a great day trip from Fukuoka as it’s only 30-40 minutes away by train. We headed out there early this morning, keen to do the hike up Homanzan (Mt Homan) while it was still relatively cool. 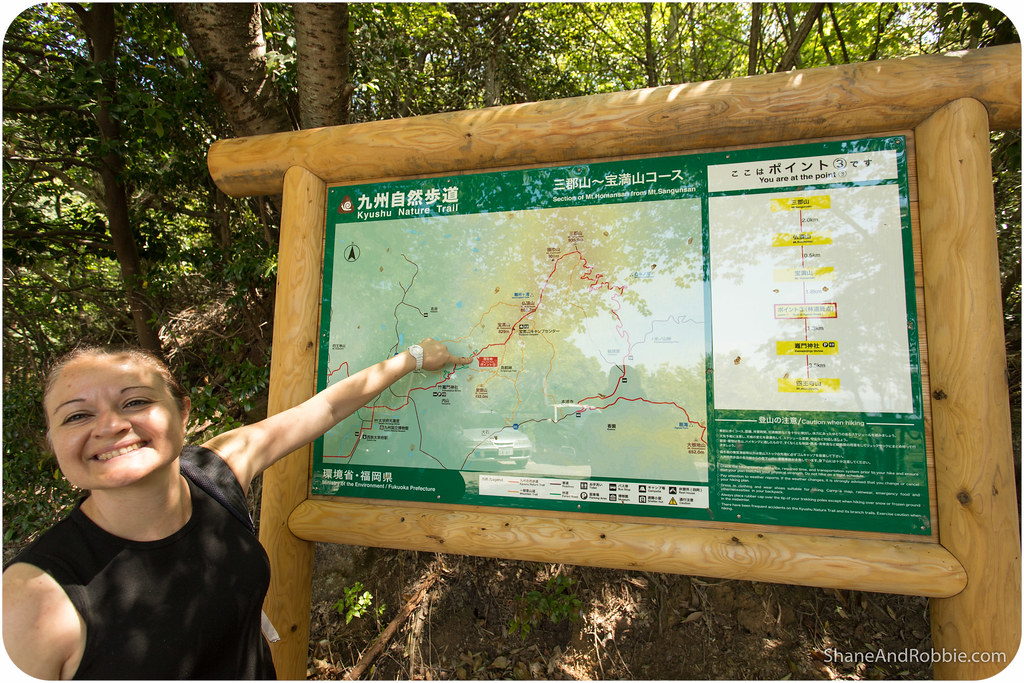 Mt Homan was venerated as a sacred site for centuries and the walk up the mountain considered something of a pilgrimage. At the base of the mountain there’s a shrine, Kamado-jingu, dedicated to the mountain goddess Tamayori-hime. This is where our trek uphill began, under the shade of dozens of Japanese maple trees, all bright green with fresh new foliage. 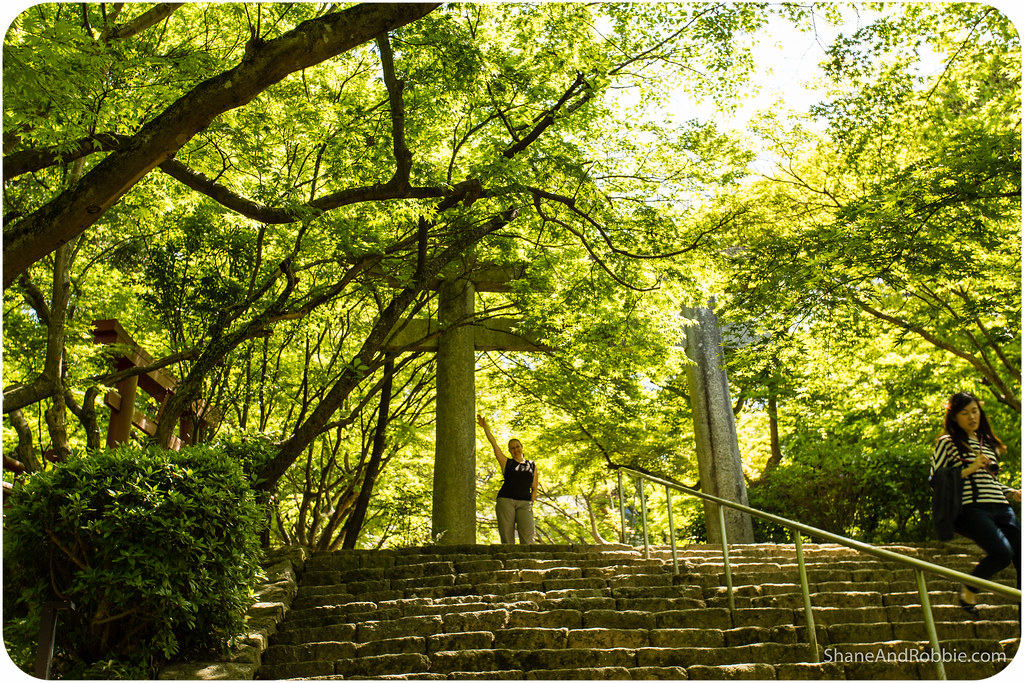 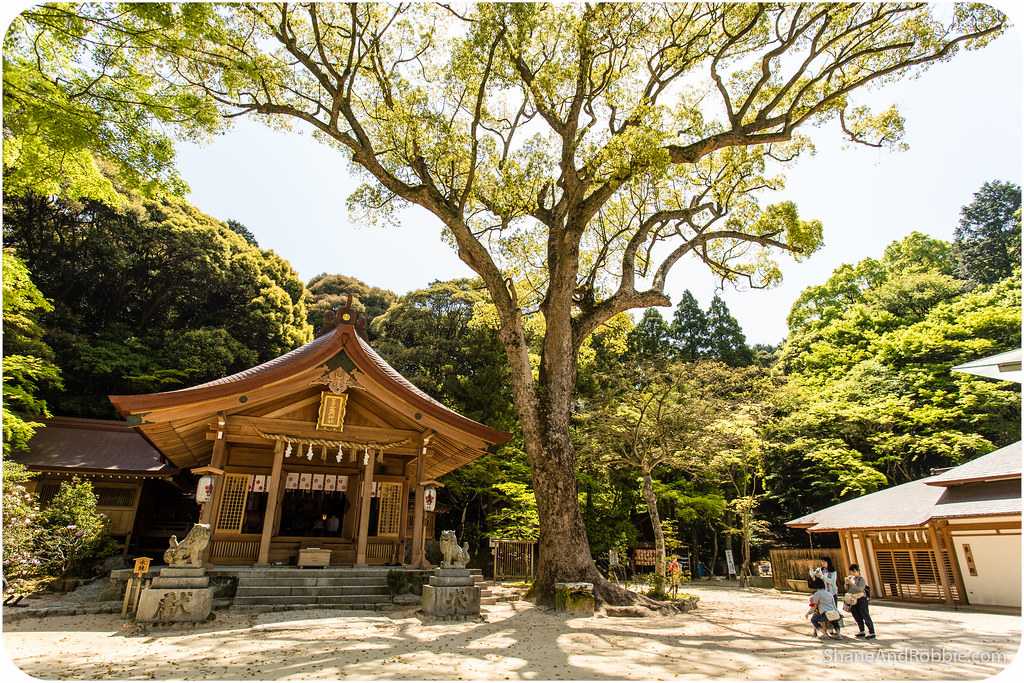 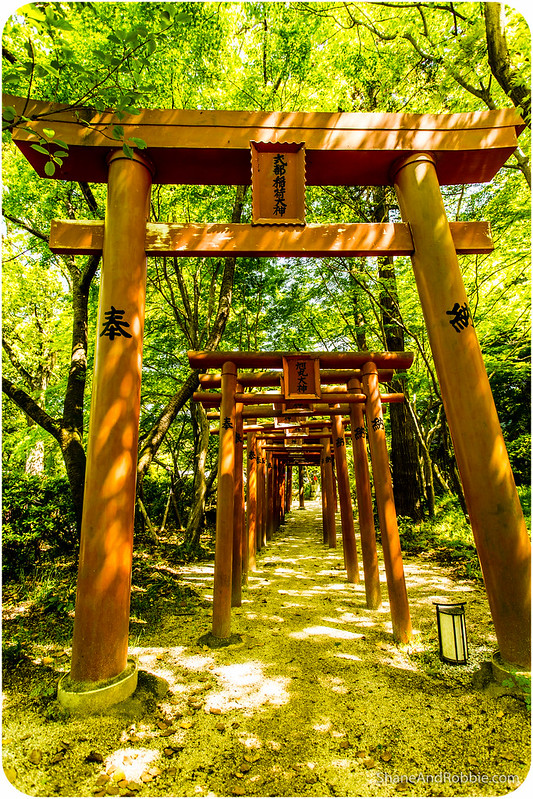 At various points along the way there are tori gates punctuating the climb, and there’s an inner shrine at the very top of Mt Homan (up at 829m elevation). The deep green, silence and peace of the forest as we hiked up Homanzan was wonderful – a beautiful way to spend the morning. 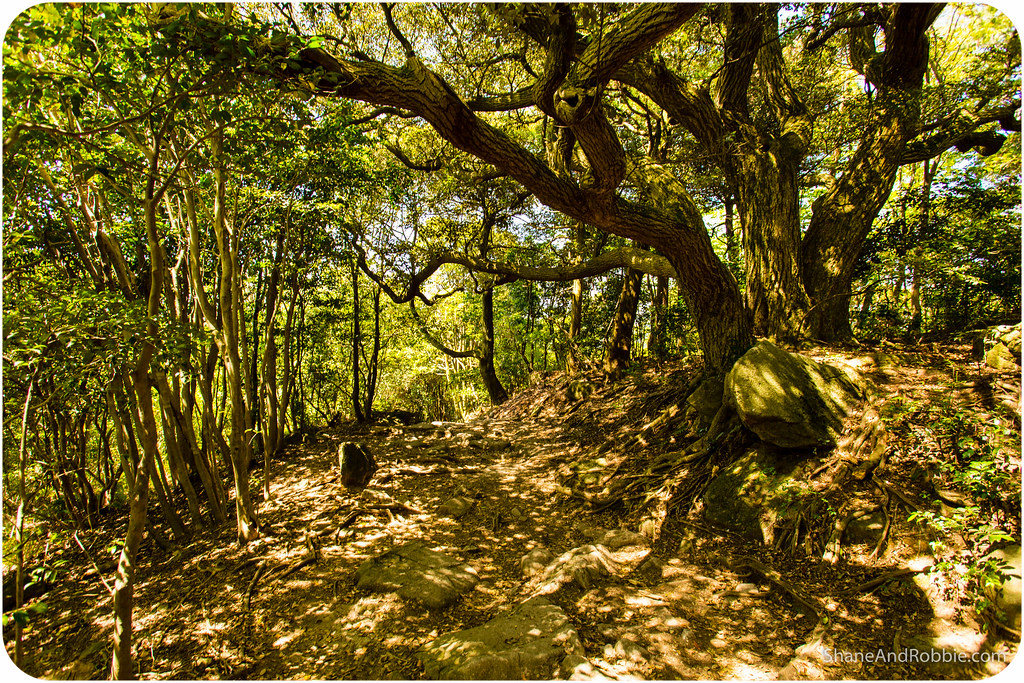 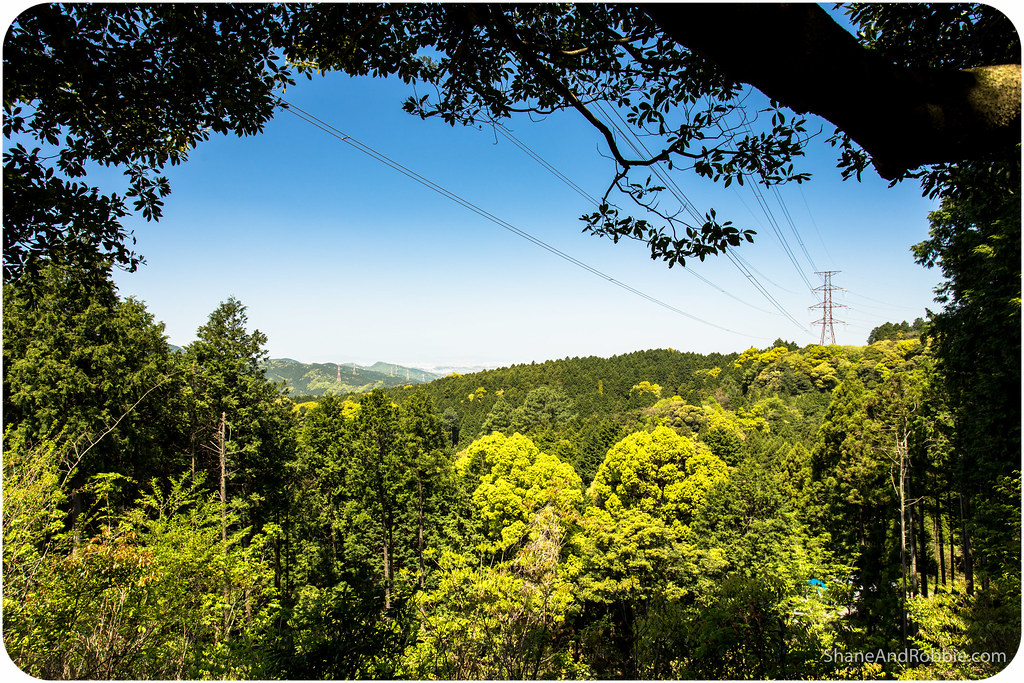 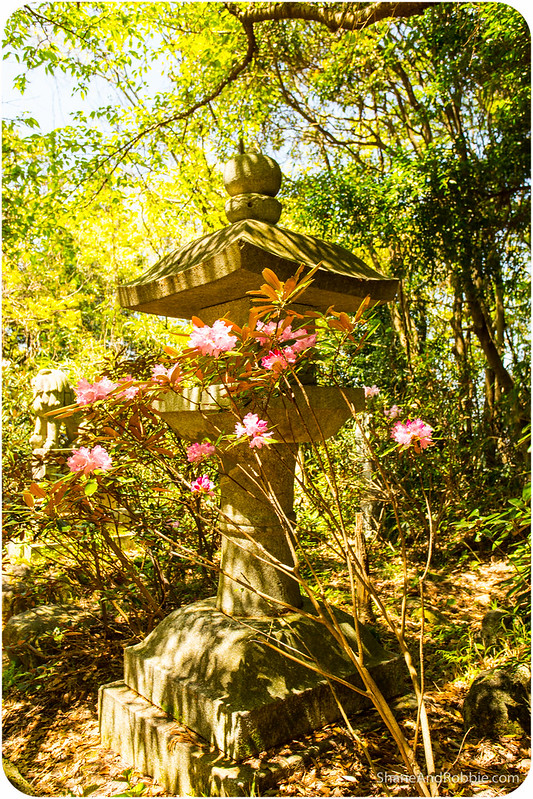 The climb itself was horrendous – it was 3.1km of never-ending, relentless, steep UP. The mountains has been carved into rough steps the whole way up, which is great, but the steps are unremitting and there are hardly any flat bits to break up the climb. To make the climb even more arduous, many of the steps were made for giants; not a problem for Shane, but I was stepping up half my height sometimes. Needless to say we huffed, and puffed, and wheezed the whole way. And as usual, we were being over-taken and lapped by 70+ year old Japanese people and families with young kids, all just going for their Sunday stroll. 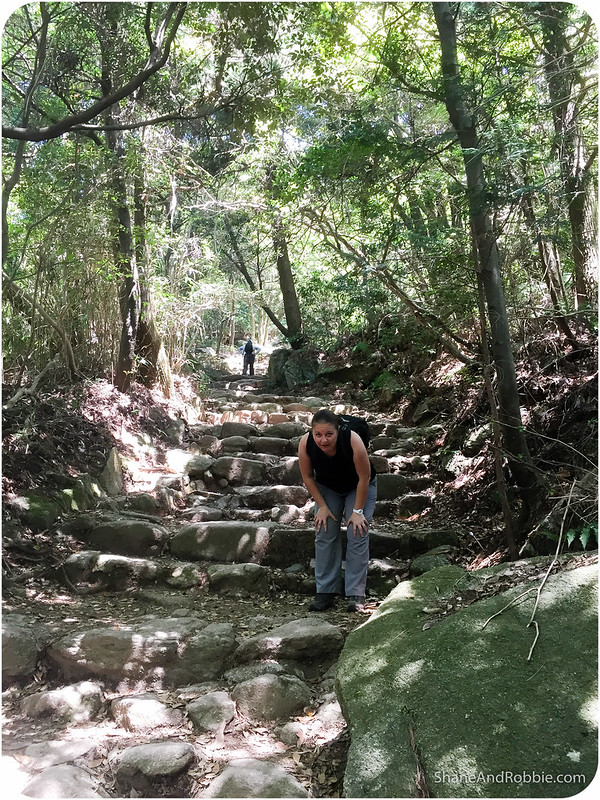 We did eventually make it to the top (2 hours to climb 829m over 3km), and enjoyed a snack of bananas and nuts whilst enjoying the views over Dazaifu, Fukuoka and Hakata Bay.

We made it back into Dazaifu in time for lunch and enjoyed some home-made soba (i.e. buckwheat) noodles with some umegaya mochi for dessert. Umegaya mochi are a traditional sweet made in Dazaifu; basically its like a regular mochi* but stuffed with a sweetened azuki bean paste.
*Mochi are Japanese sweets made from short-grain glutinous rice which is pounded into a gummy, gooey paste and then wrapped around various types of sweet filling. The texture of a mochi is somewhere between a gummy bear and a piece of rubber, and the taste is invariably super-sweet. Shane loves them, I’m not so keen. But it’s the local speciality in Dazaifu, so we had to have one each! 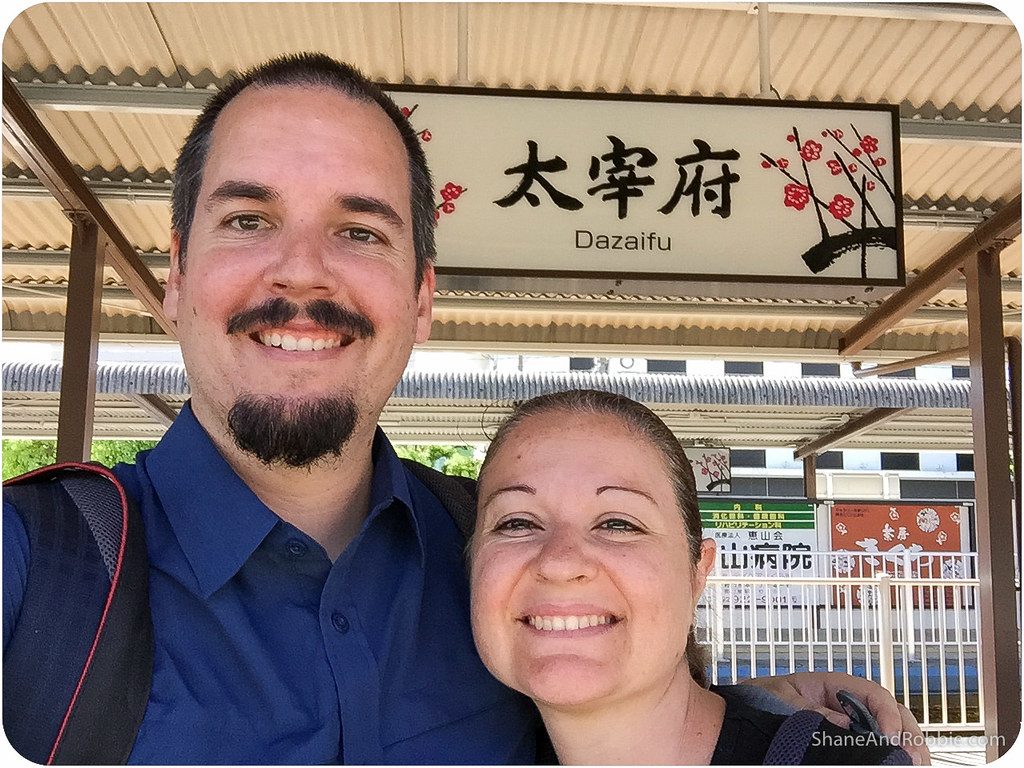 Dazaifu was the administrative capital of Kyushu for 500 years (from the 7th century to the 12th), and Fukuoka its port. Today it’s a small town with a lot of history that lives off tourism. There are various ruins left in Dazaifu from its days as a major political centre, and a couple of key religious sites that have survived the past 1,200 years, including Tenmangu-jingu (i.e. Tenmangu shrine) and Komyozen-ji (i.e. Komyozen temple). These were the sights we were most keen to see, so having enjoyed our soba and mochi, we went touristing with everyone else. 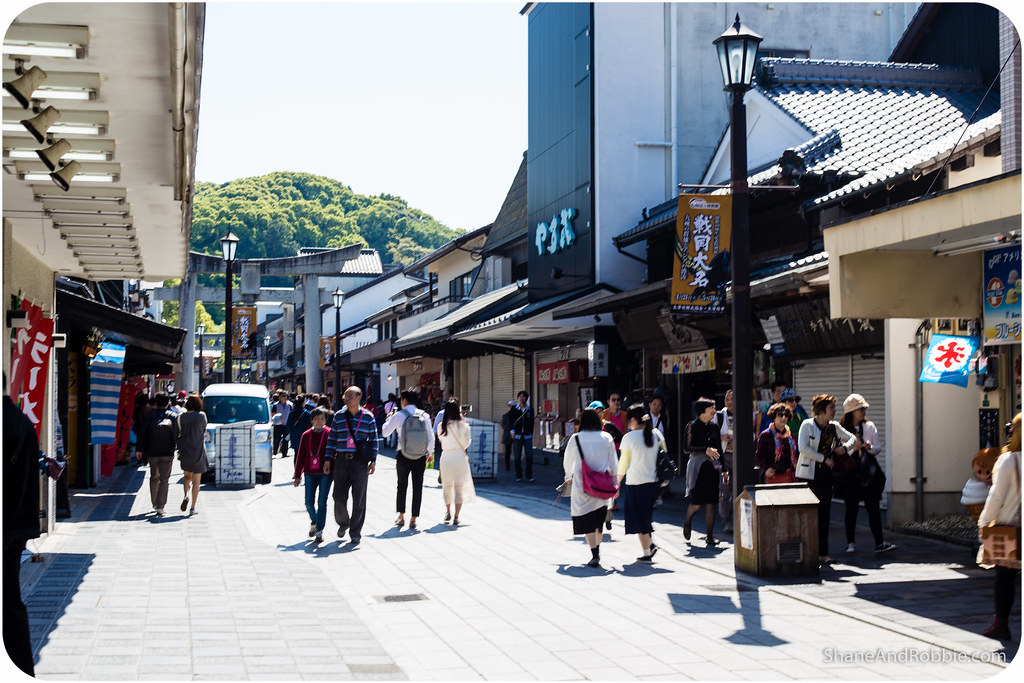 Tenmangu shrine was built in the 10th century at the grave site of Michizane, a 9th century scholar, poet and calligrapher honoured as a deity today. Michizane is revered and sought by students seeking reassurance during times of exams and study. There certainly seemed to be a lot of teenagers and uni-aged people at the shrine today, all keen to get Michizane’s blessing no doubt. 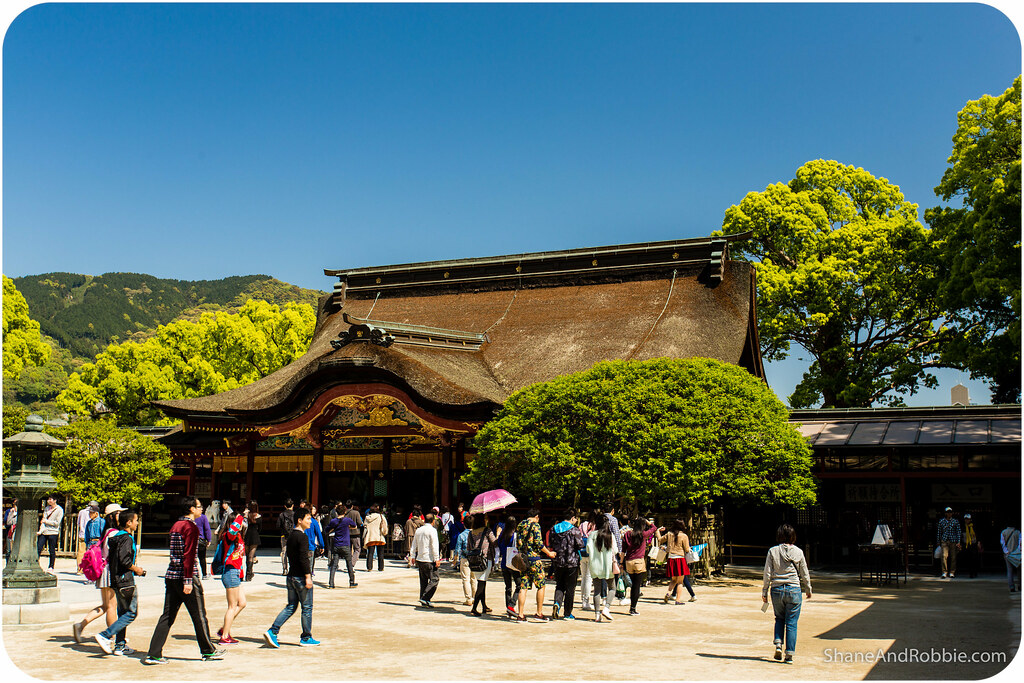 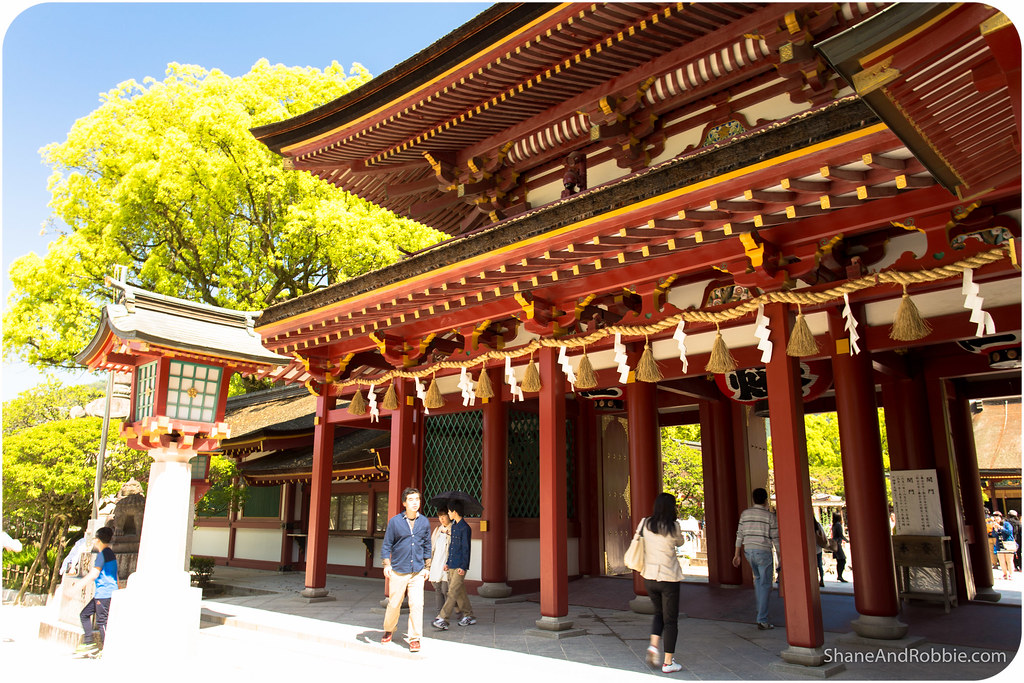 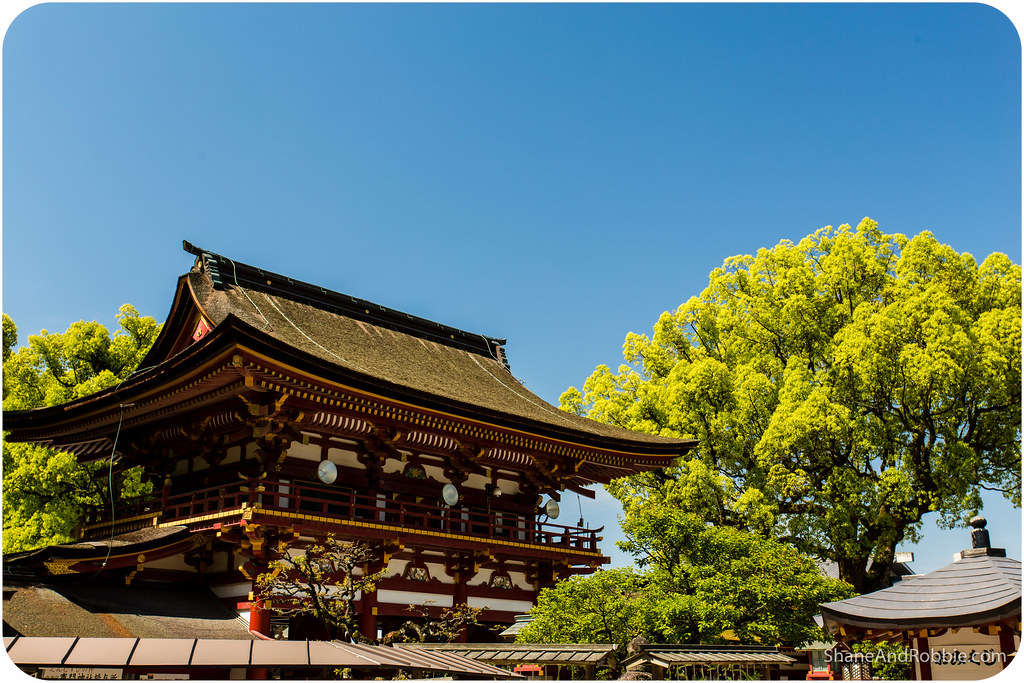 Komyozenji is a Buddhist temple founded in the 12th century and best known for its beautiful Japanese garden. This vivid green garden was stunning – one of nicest we’ve seen in Japan. The garden’s moss patches, rocks and pebbles are laid out as an abstract representation of large land and water bodies that was like a living piece of art. And it was so incredibly peaceful, sitting on the wooden verandah of the main temple looking over the garden. 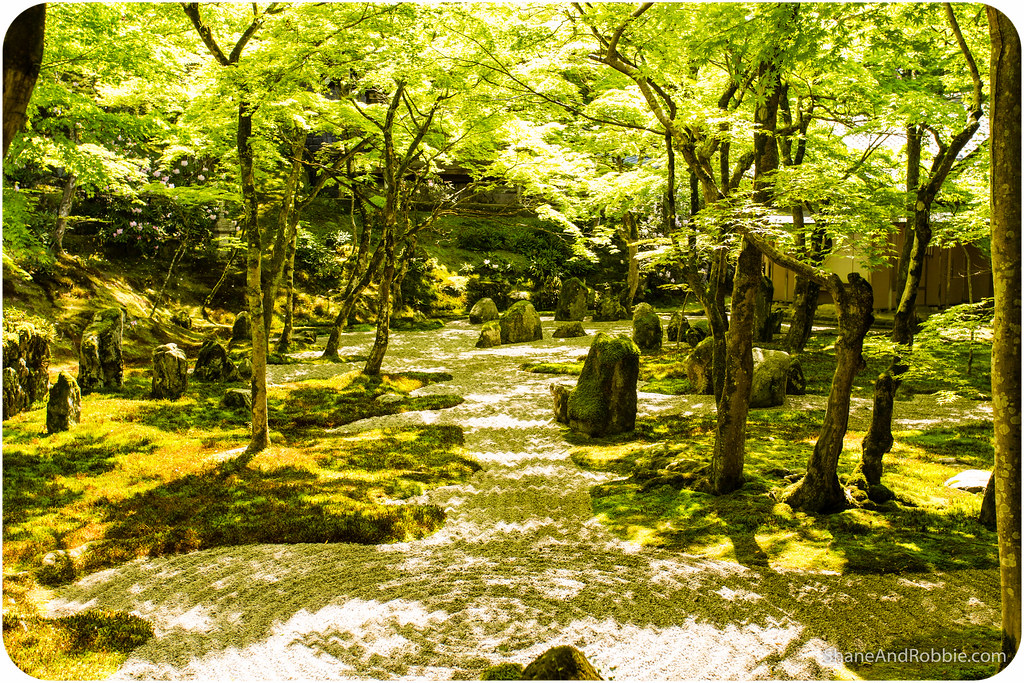 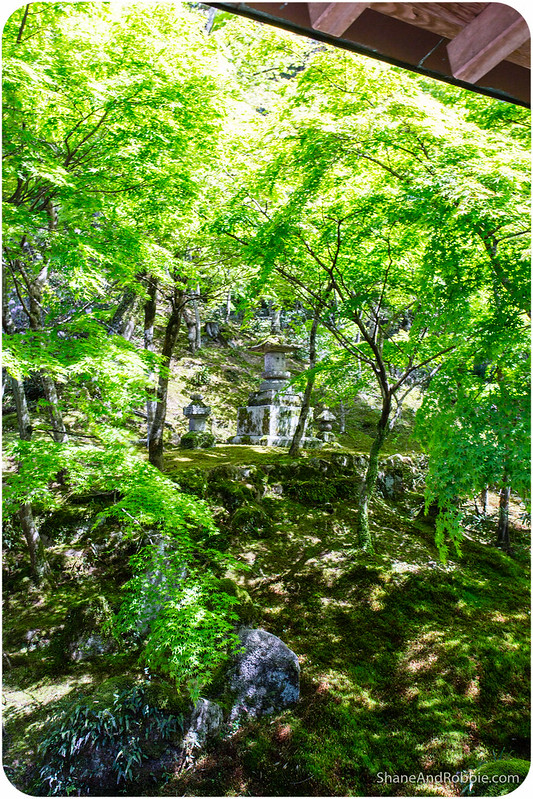 After all that sightseeing and hiking we’re now back in Fukuoka pondering what tasty treats we might consider for dinner, and thinking how sad it is that we’re moving on tomorrow! This has been a great stop and we’d definitely like to come back to Fukuoka to experience more of what this funky town has to offer. 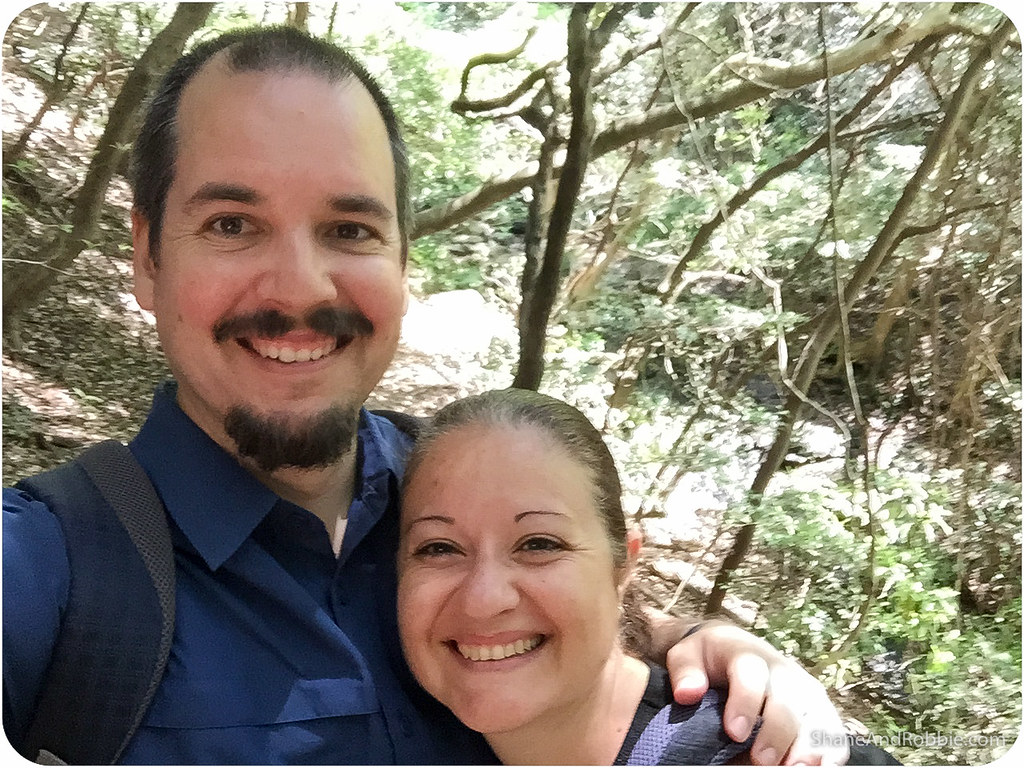