NAGASAKI PEACE PARK & ATOMIC BOMB MUSEUM
The city of Nagasaki is familiar to many people for all the wrong reasons; this is one of only two cities in the world to have been attacked with a nuclear weapon (the other being Hiroshima). There is so much more to Nagasaki, however, and we’re here for the couple of days to learn a bit more about this modern, reconstructed city. 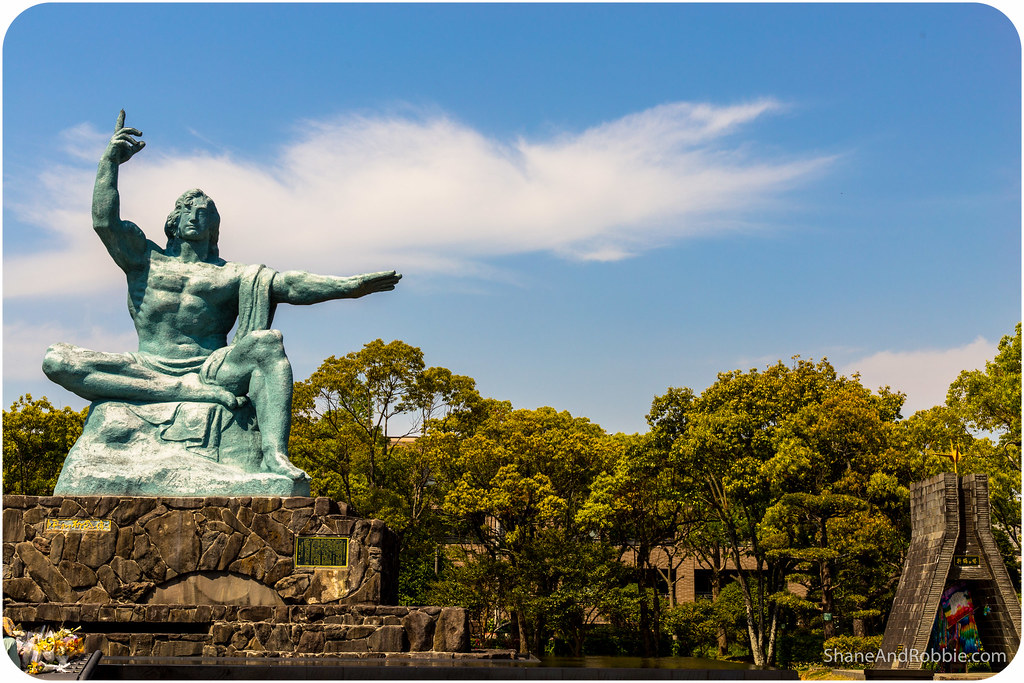 Nagasaki is about 2 hours South of Fukuoka by train; on our way here this morning we sped past acres and acres of farmland, and tiny farming villages. Ensconced in our comfortable train as we were it was great to watch the scenery zipping past and admire the lush green colours of Kyushu. 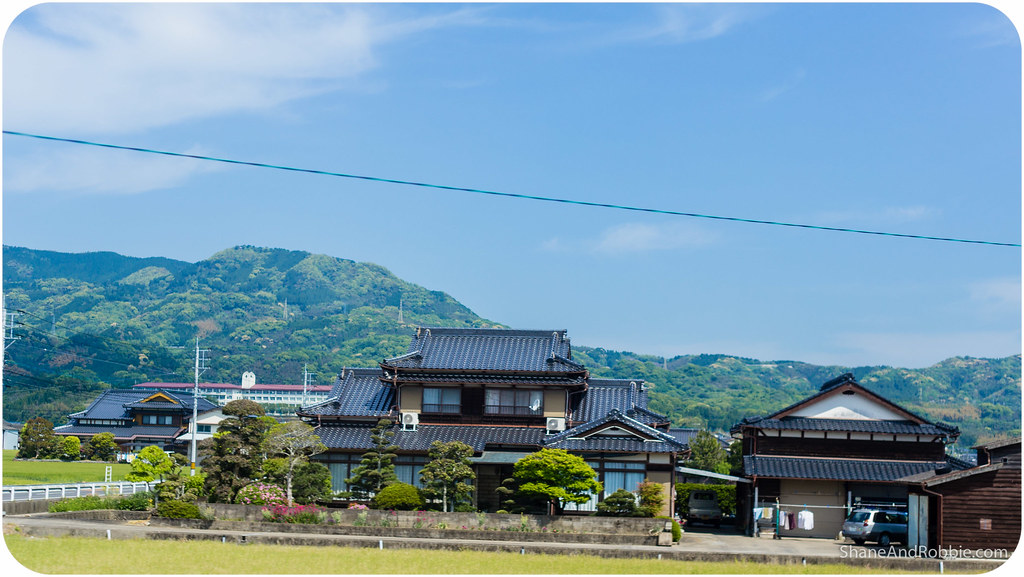 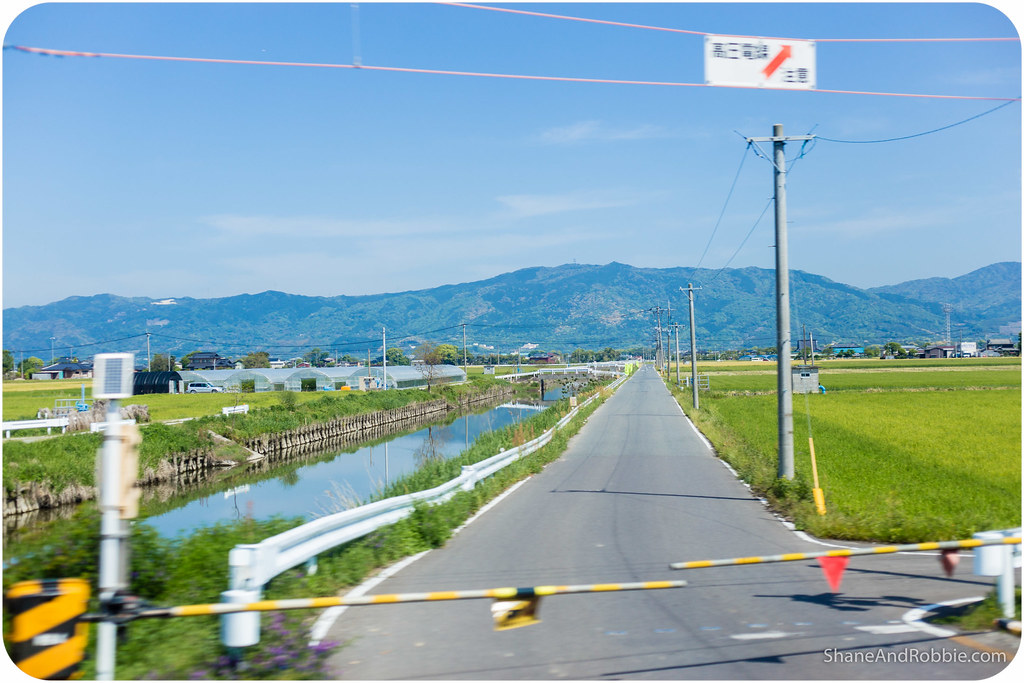 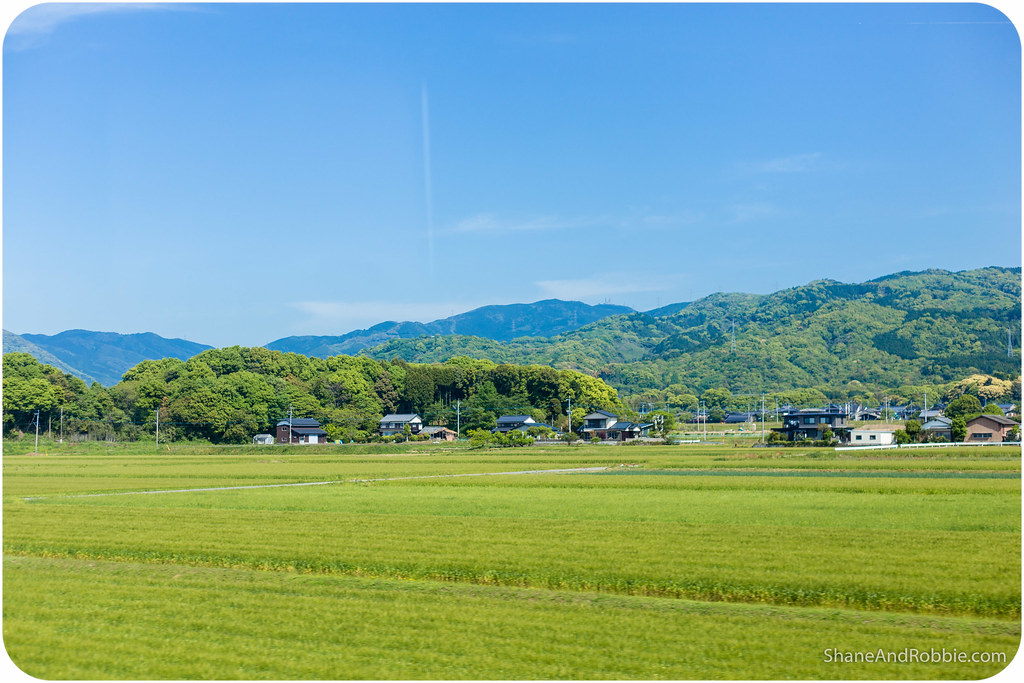 The city of Nagasaki is built along a deep river valley, sandwiched between two mountain ranges. This makes the main part of the city very compact and busy, despite a (relatively) small population of just 450,000. It also makes it a pretty city, with the river cutting through the centre and forested mountains rising above the town. 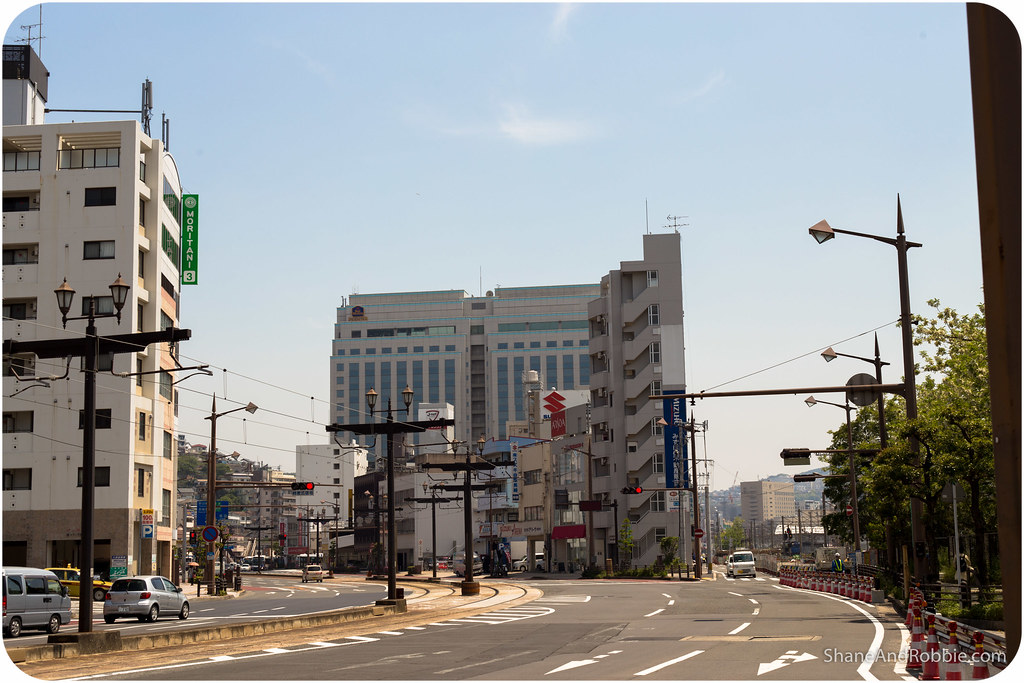 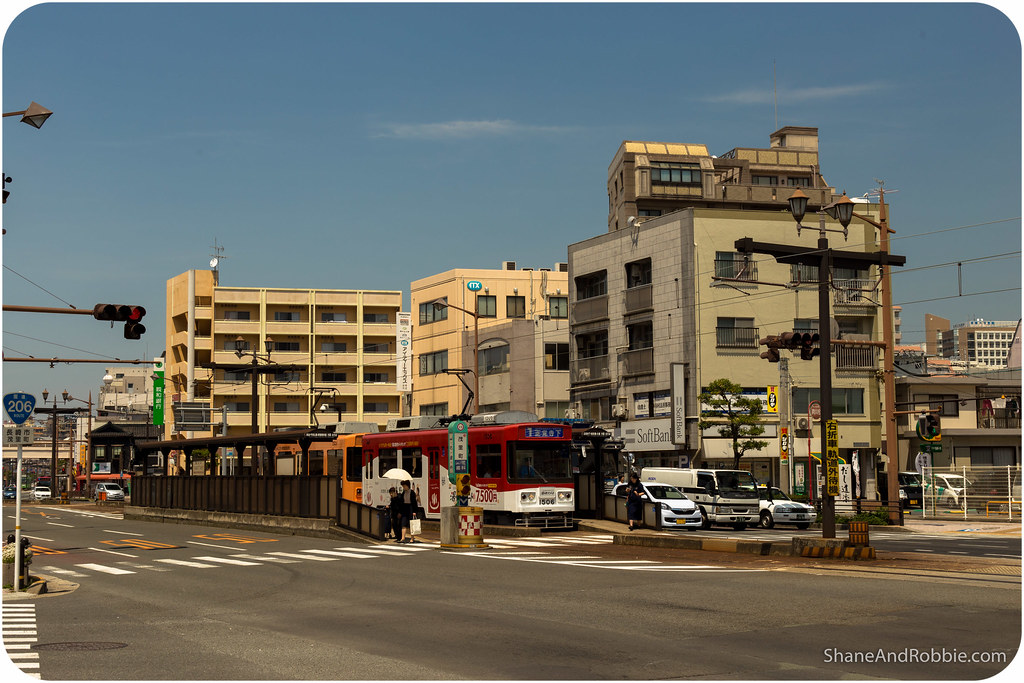 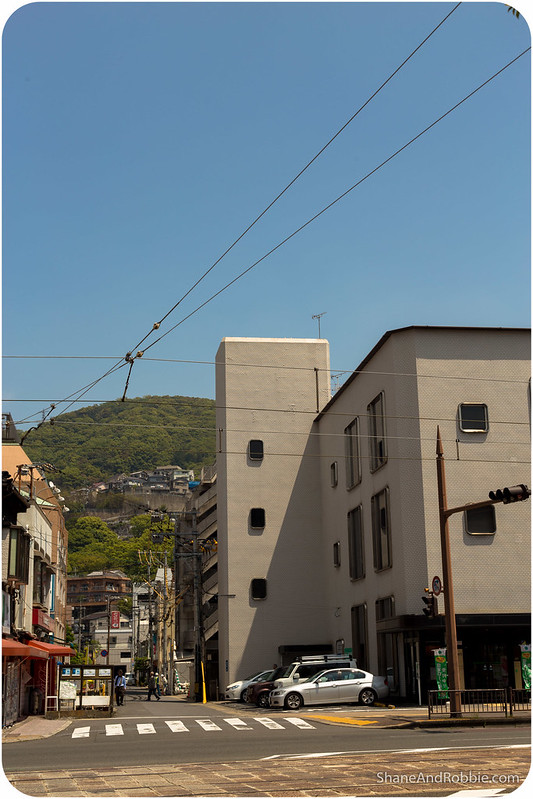 As one of Japan’s closest port cities to the Asian mainland, Nagasaki has played a prominent role in Japanese foreign trade relations for many centuries (especially during Japans self-imposed “Period of Isolation”). It was also a major ship-building and heavy industry base from the mid-1800s onwards. It was Nagasaki’s prominent role as a steel and arms manufacturing centre made it a target for bombing by the Allies during World War II.

At 11:02 on 9th August 1945 an atomic bomb weighing 4.5 tons was dropped on Nagasaki, destroying the city and killing almost 75,000 people. A further 75,000 were severely injured; for years afterwards many thousands more suffered the ill effects of radiation exposure. These were the facts we learnt when we visited the Nagasaki Atomic Bomb Museum and Peace Park. 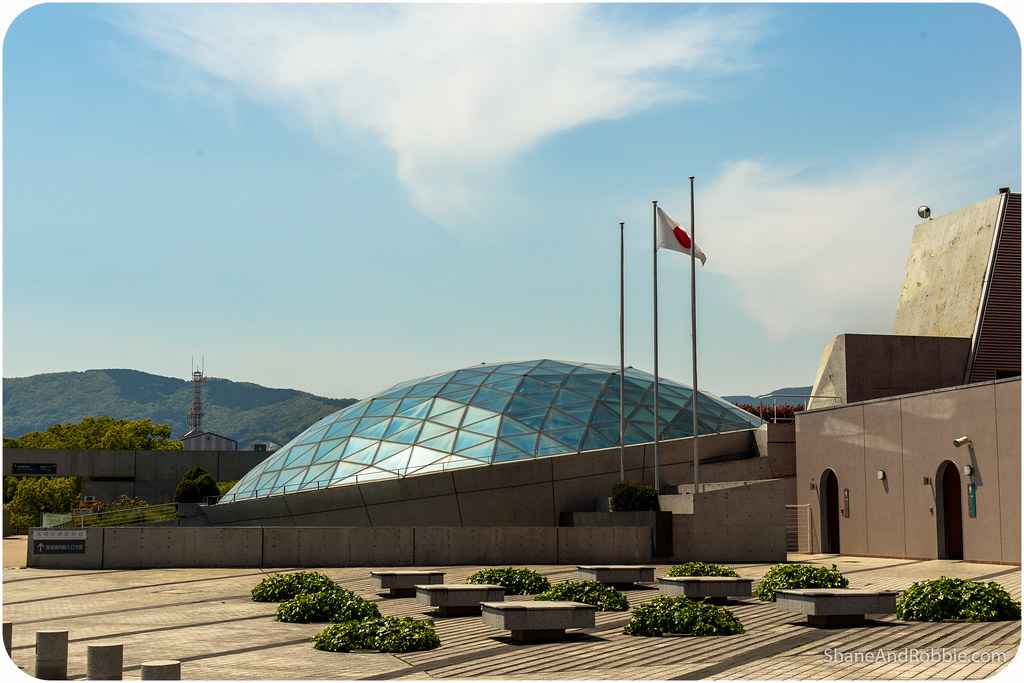 This large memorial site is built at the site of the bombing, with a marker indicating the exact point where the “Fat Man”* was dropped. The plaque beside the hypocentre marker states:
“At 11:02am on August 9, 1945, an atomic bomb exploded 500 meters above this spot. This black stone monolith marks the hypocentre. The fierce blast wind, heat rays reaching several thousand degrees and deadly radiation generated by the explosion crushed, burned, and killed everything in sight and reduced this entire area to a barren field of rubble. About one-third of Nagasaki City was destroyed and 150,000 people killed or injured and it was said at the time that this area would be devoid of vegetation for 75 years. Now, the hypocenter remains as an international peace park and a symbol of the aspiration for world harmony.”
*This was the code name given to the bomb dropped on Nagasaki, which was about 10x as destructive as the “Little Boy” bomb dropped on Hiroshima. 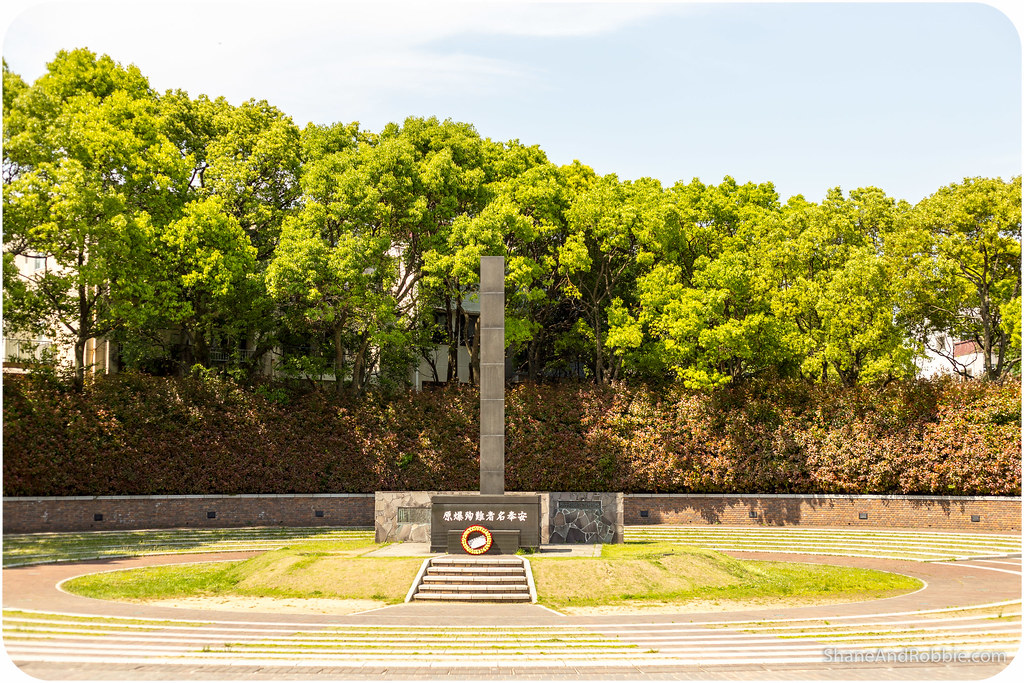 The devastation wrought by the bomb was obvious from the photos and displays at the museum, and they even had a replica of the atomic bomb showing how immense it was and how the explosive core was constructed to wreak maximum damage. 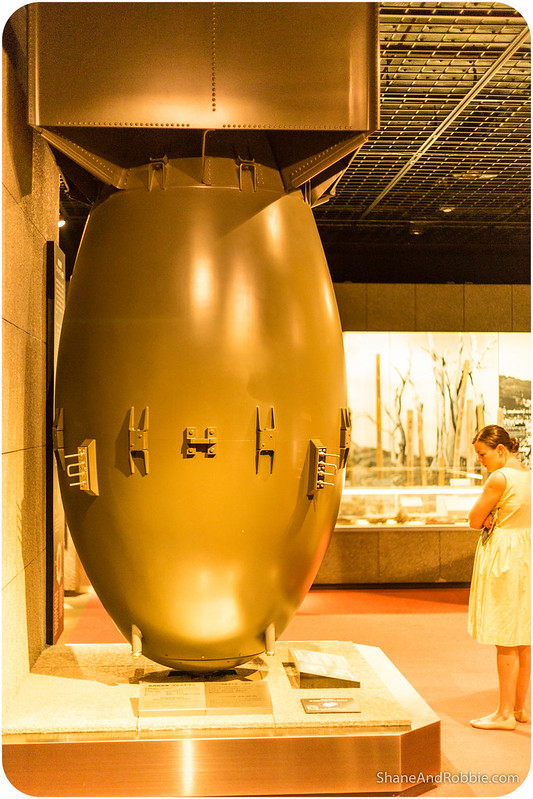 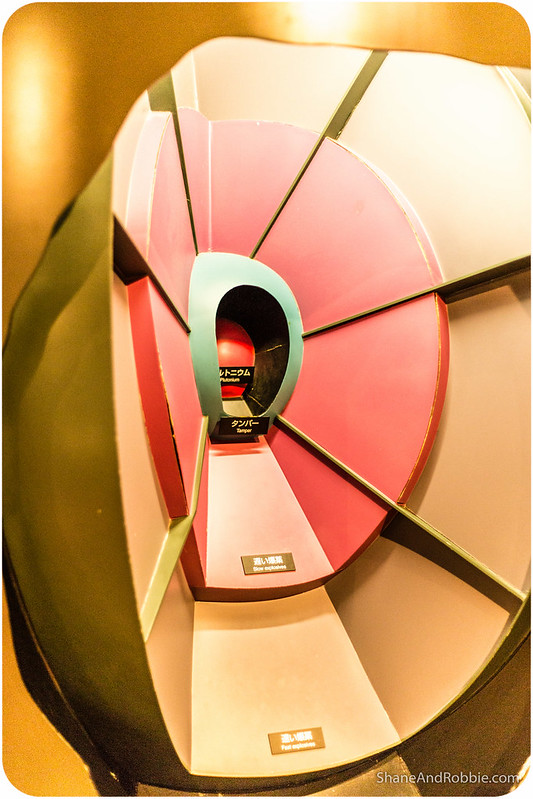 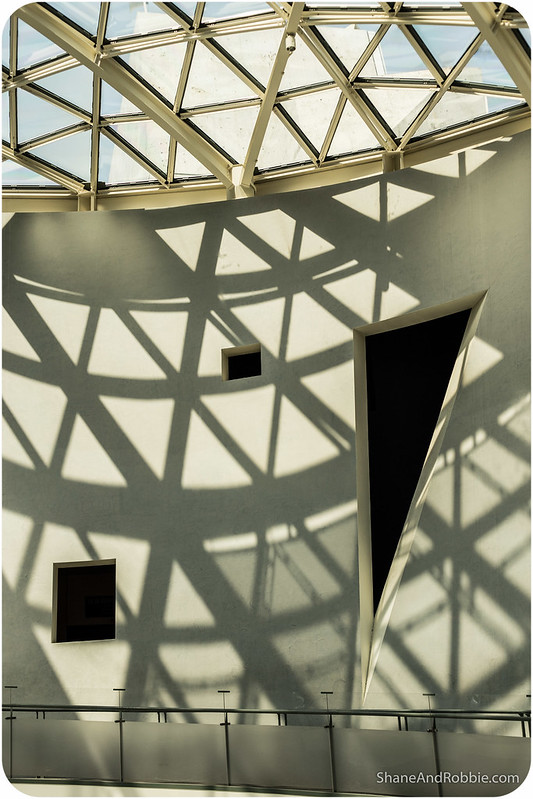 As well as the museum there is a memorial dedicated to the victims of the bombing. This starkly modern remembrance hall is stunning architecturally and movingly sombre. Especially touching were the strings of colourful paper cranes made by children visiting the memorial, and the poems and testimonials written by victims of the bombing. 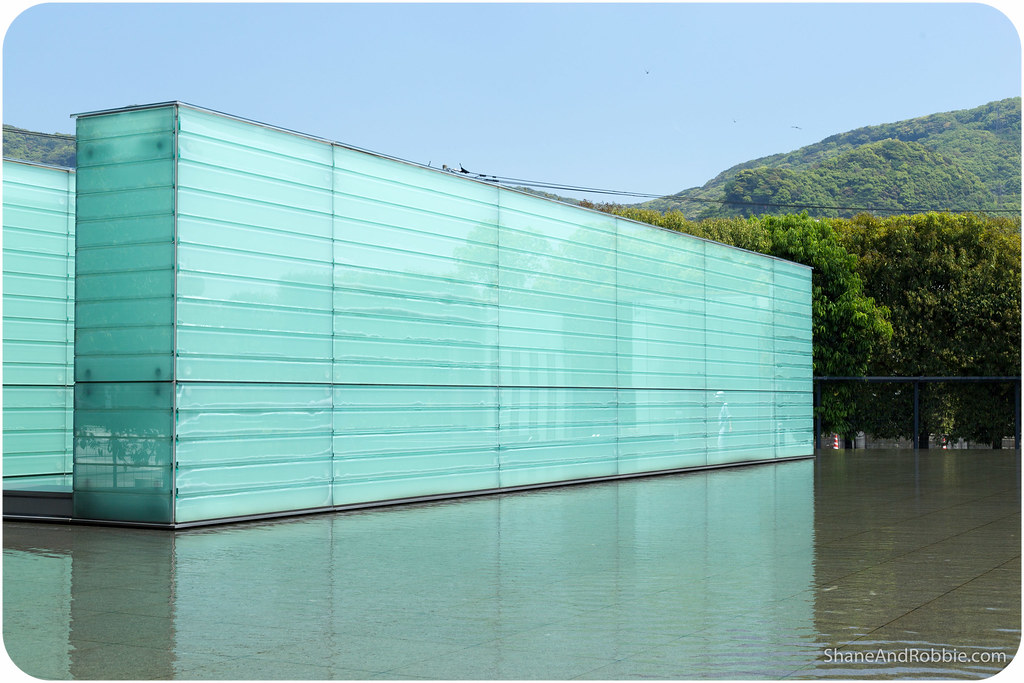 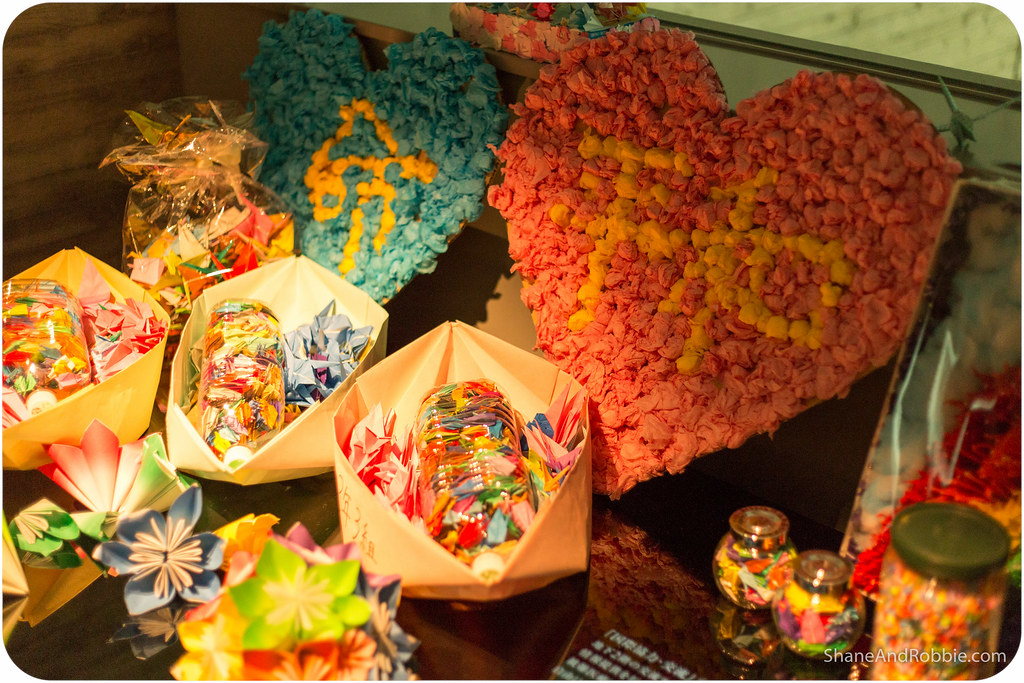 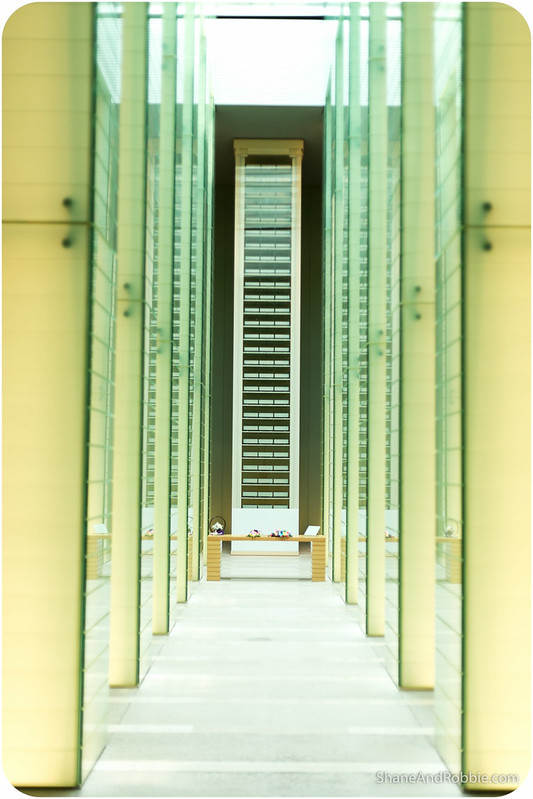 Around the museum and memorial is Peace Park, a garden dedicated to the promotion of world peace and nuclear disarmament. At the park’s Northern end is the Peace Statue. The statue’s right hand points up to the heavens, towards the threat of nuclear weapons, while the extended left hand symbolises eternal peace. In front of the statue is a black marble vault containing the names of the victims and survivors who died in subsequent years. 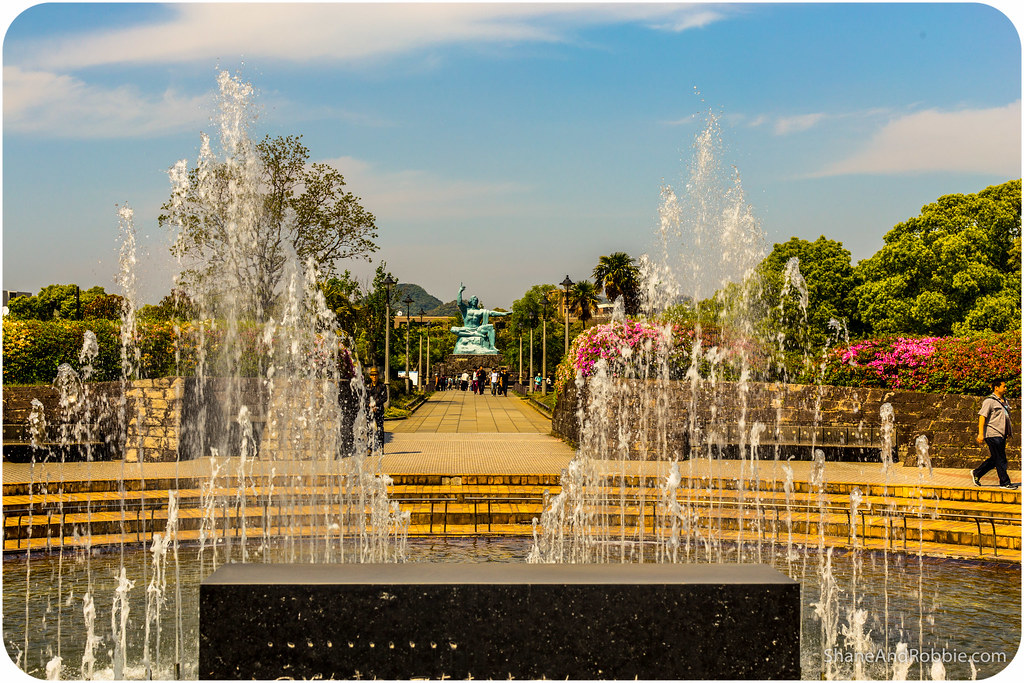 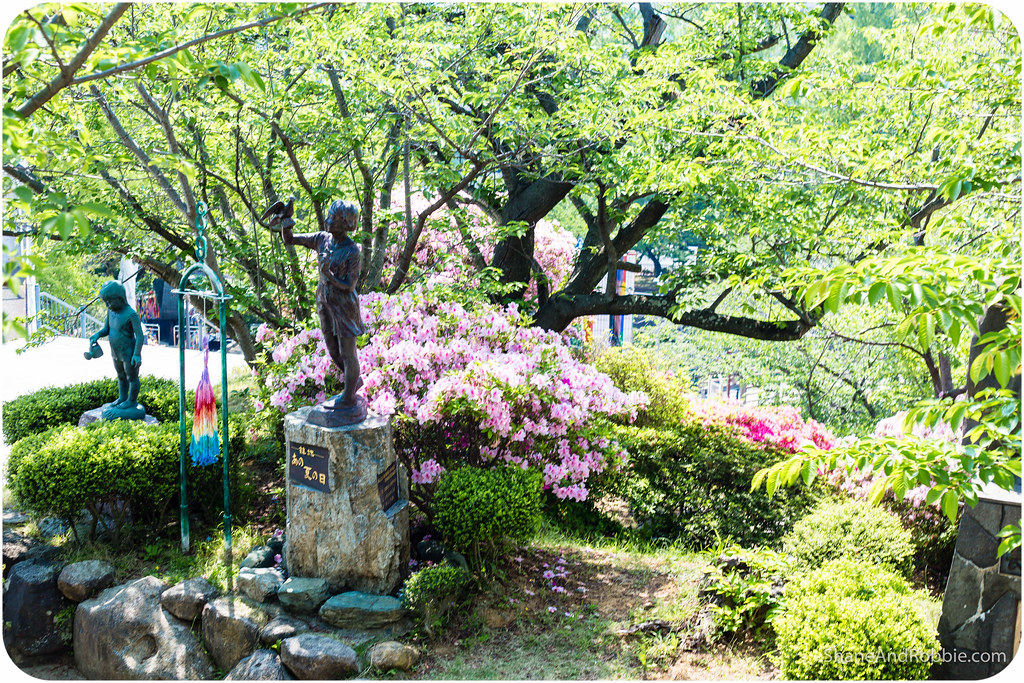 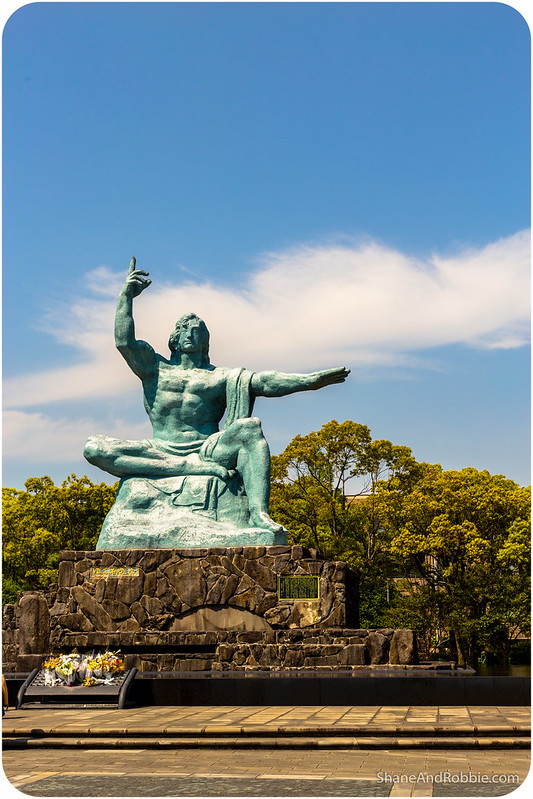 Like our visits to Auschwitz and Hiroshima, today’s visit to the Nagasaki Atomic Bomb Museum and Peace Park was not exactly fun, but it was certainly memorable. As always, when confronted with the human effects of war, it’s hard to understand why human beings choose to do this. That anyone can inflict that can kind of suffering on other human beings is beyond comprehension. Well not really, the political and economic drivers of war are entirely comprehensible, but certainly not justifiable or condonable. The beauty of the museum and park for us is that the overall focus is not just on the destruction and devastation of that day, but more so on the need for peace. Now that’s a message we can get excited about! 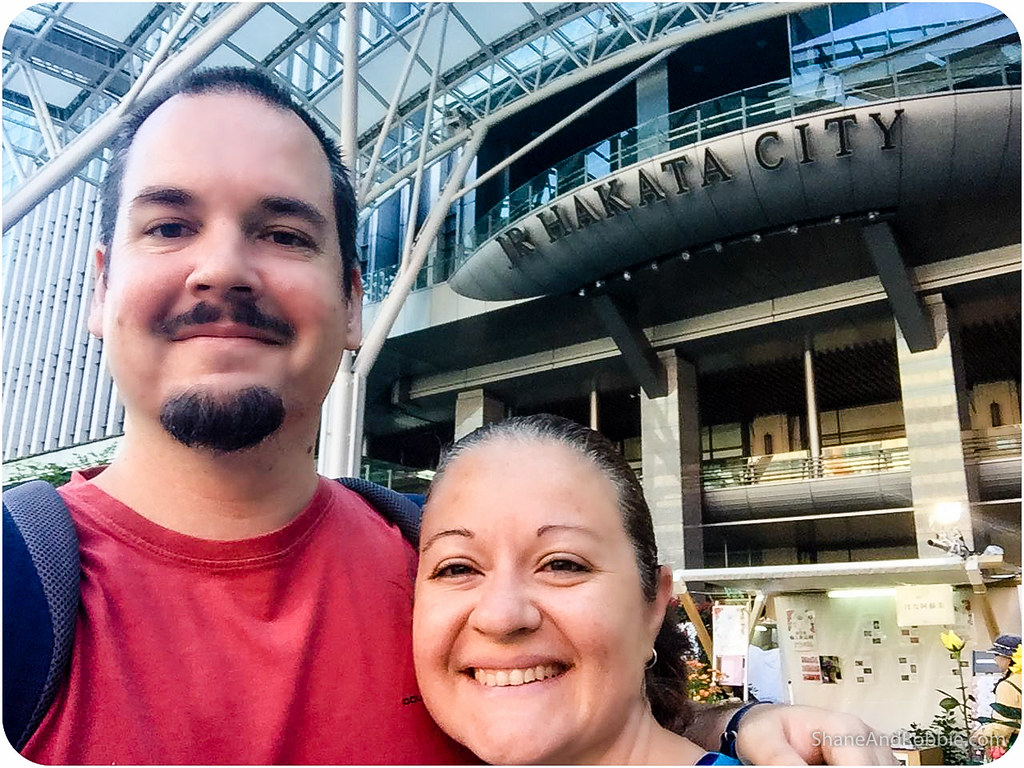