JETTING OFF TO YAKUSHIMA FOR AN ISLAND GETAWAY…
Yakushima island lies about 135km south of Kagoshima and has been on our “Must Wander” list ever since we first saw the Japanese anime movie “Princess Mononoke” and learnt that the setting for this animated film is based on the spectacularly green forests of this isolated spec of land. Yakushima is one of the Osumi Islands, which, though technically still part of Kyushu, lie far enough south that their climate and flora has more in common with Okinawa or Hawaii than “mainland” Japan. This is tropical Japan at its best!

We arrived in to the town of Miyanoura this afternoon, after a 2 hour jetfoil ride from Kagoshima. You can reach Yakushima either by traditional ferry, which takes about 4 hours, or by jetfoil, which is faster but a bit more expensive. Given that Shane and the ocean have this mutual dislike of each other, we chose the quickest way here to minimise Shane’s discomfort. And it was awesome – jetfoils are so cool! The boat was going about 80km/h most of the way and the ride was so smooth that Shane didn’t even go green! 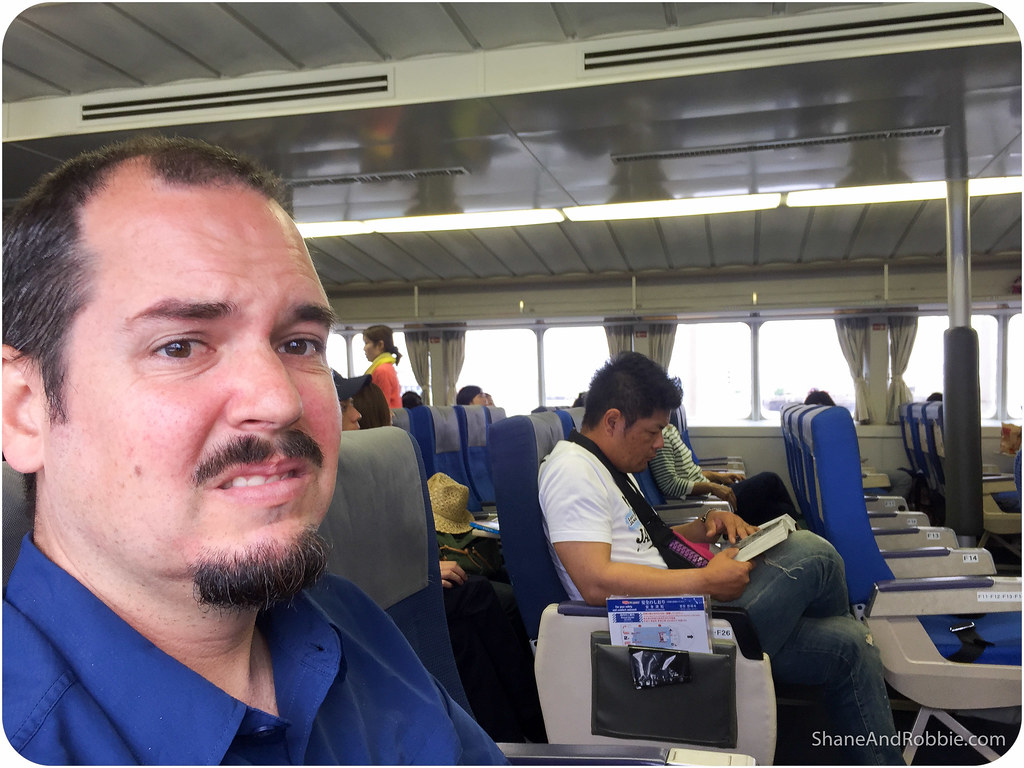 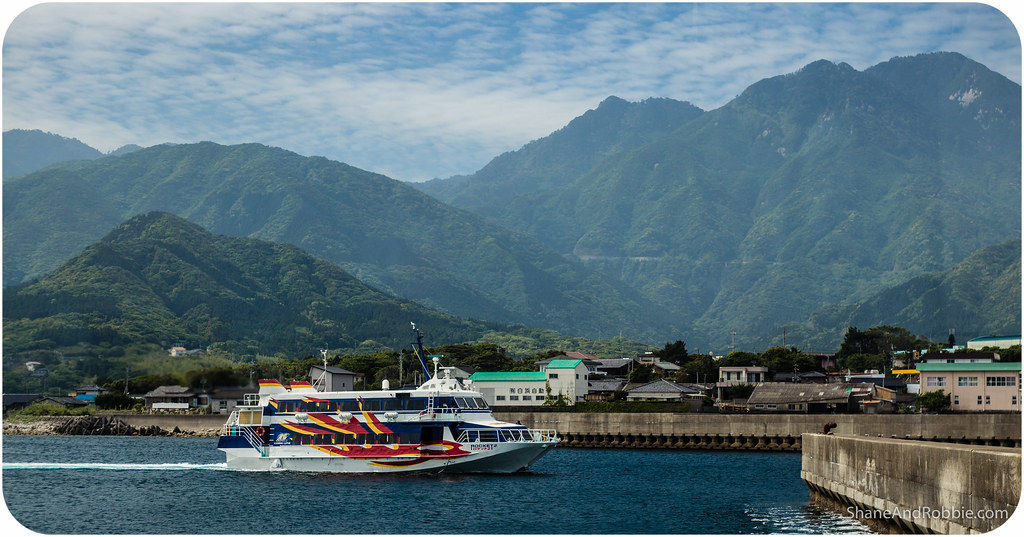 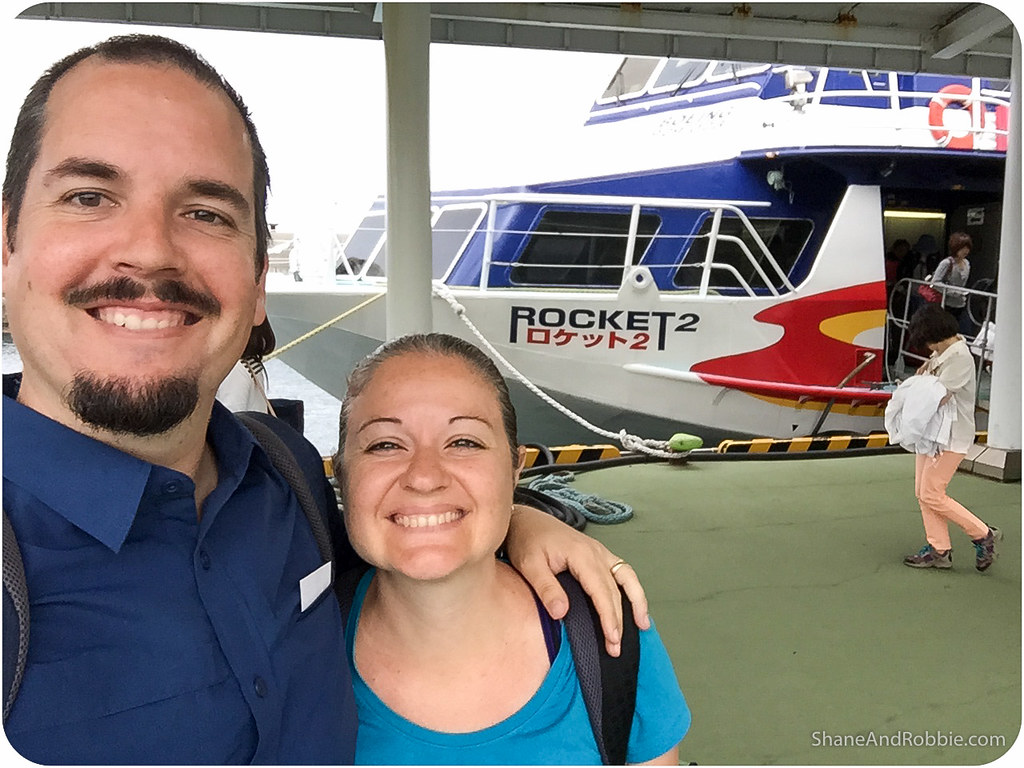 Miyanoura is the largest town on Yakushima island; though, with a population of just 5,000, this is still a very provincial little place. The town is very small, and looks more like a South Pacific island than the Japan we’re used to – there are vines, creepers, ferns, banana trees, passionfruit vines, and heaps of other tropical plants everywhere. 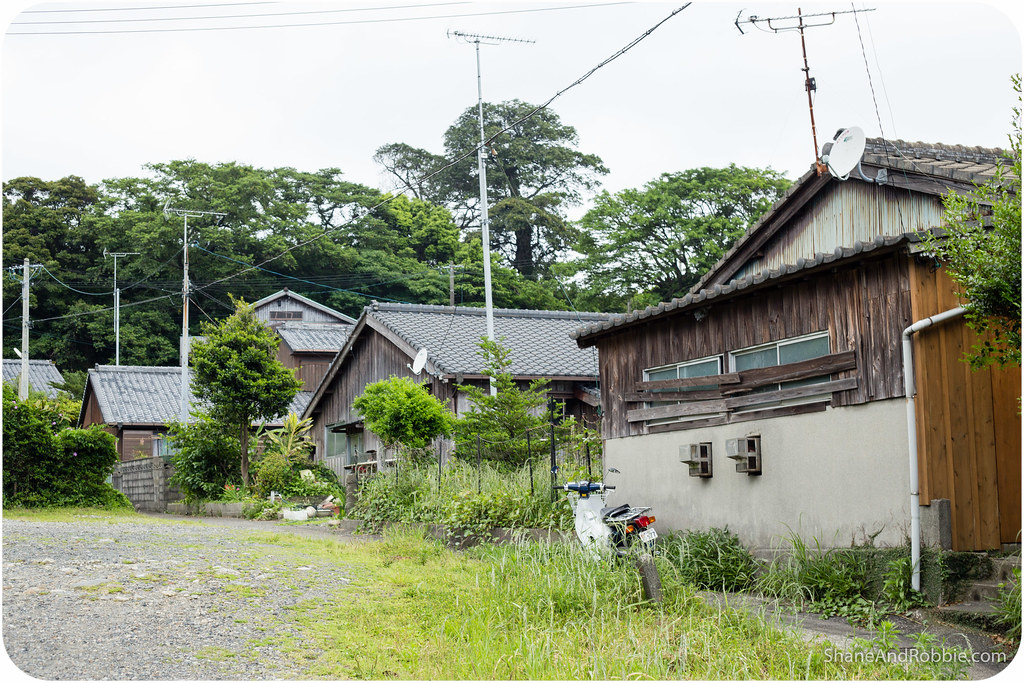 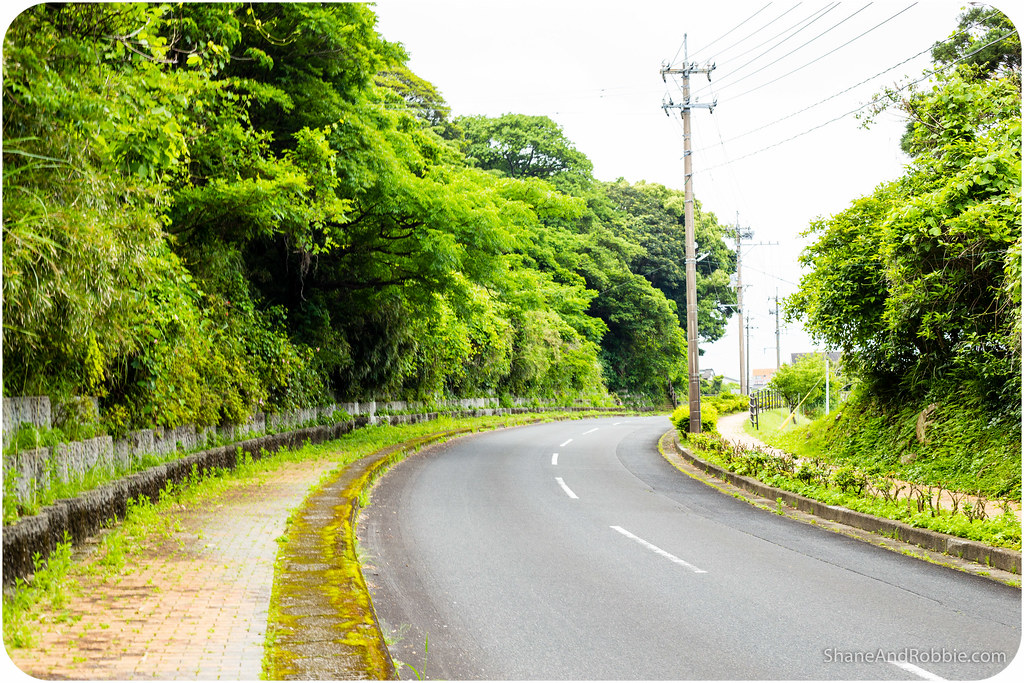 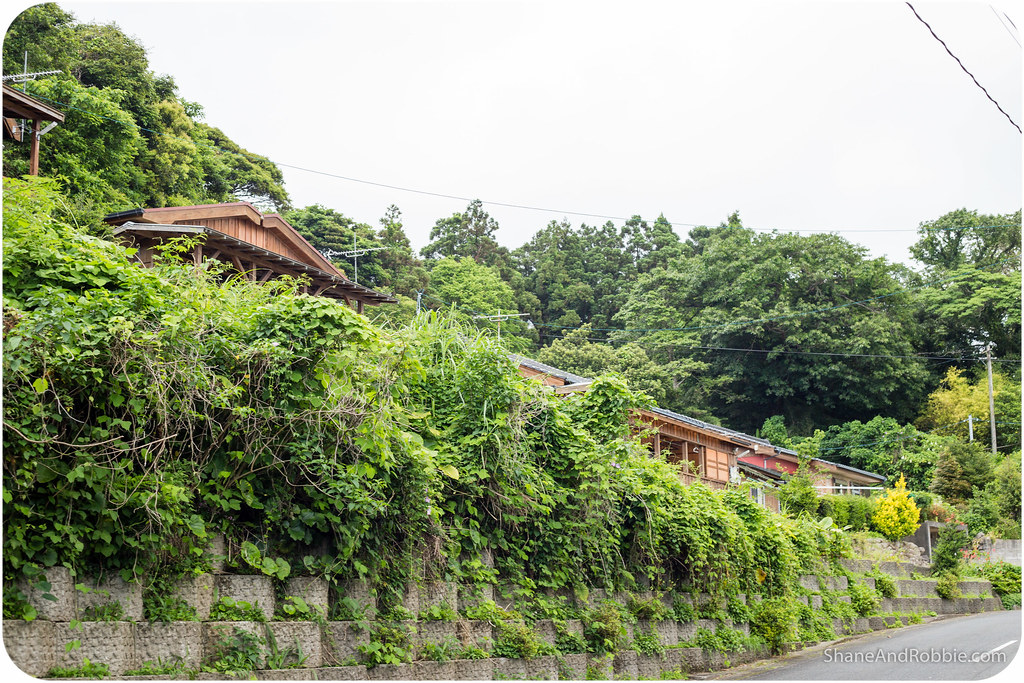 The best thing in town, however, has to be the backdrop against which Miyanoura is set. The lush, green vegetation that covers the mountains here is what makes this island unique enough that, in 1980, it was designated a UNESCO World Heritage Site. The forests here are a unique combination of temperate rainforest (at lower altitudes), and ancient cedar forests (at higher altitudes). The island’s rugged terrain and the inaccessibility of much of the forest means much of it has never been logged – this means there are trees on the island that are over 7,000 years old. Though we could only see the forests and mountains from a distance today, we’re already entranced! 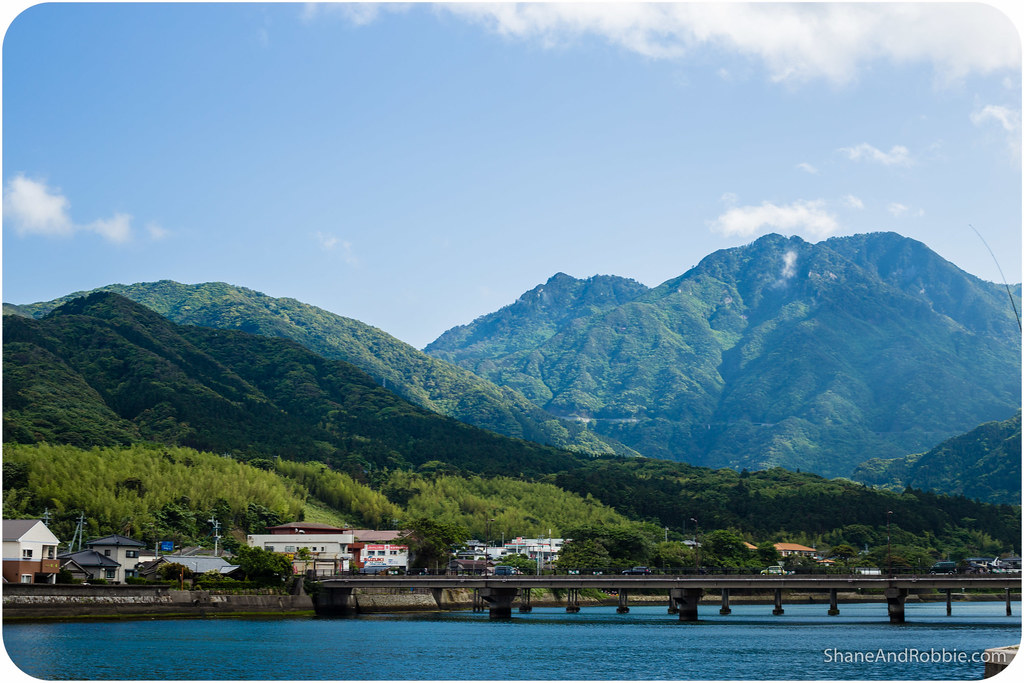 The other sight that had our attention was the Miyanoura River, which flows through town. The water in the river is so incredibly crystal clear, though very cold. 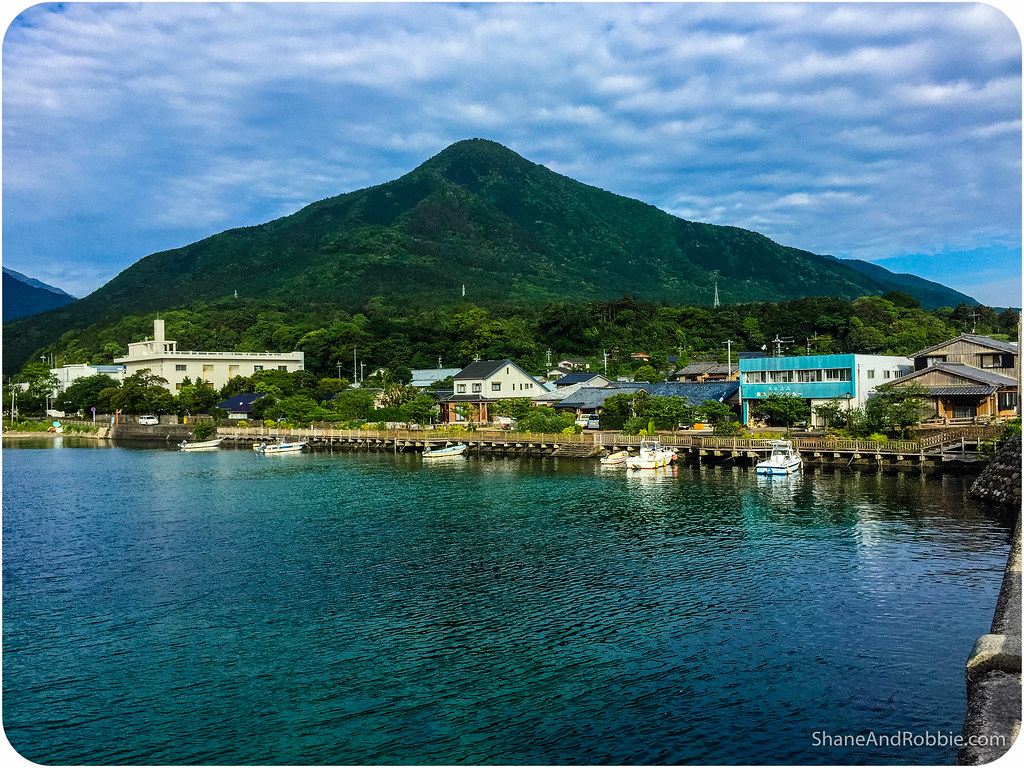 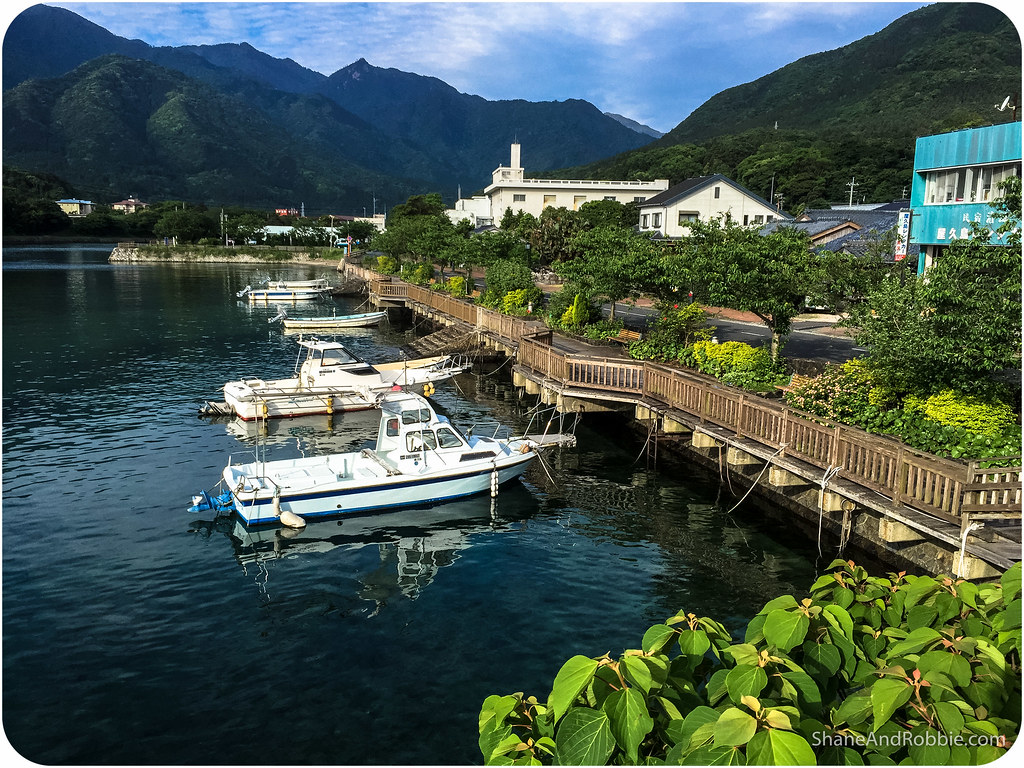 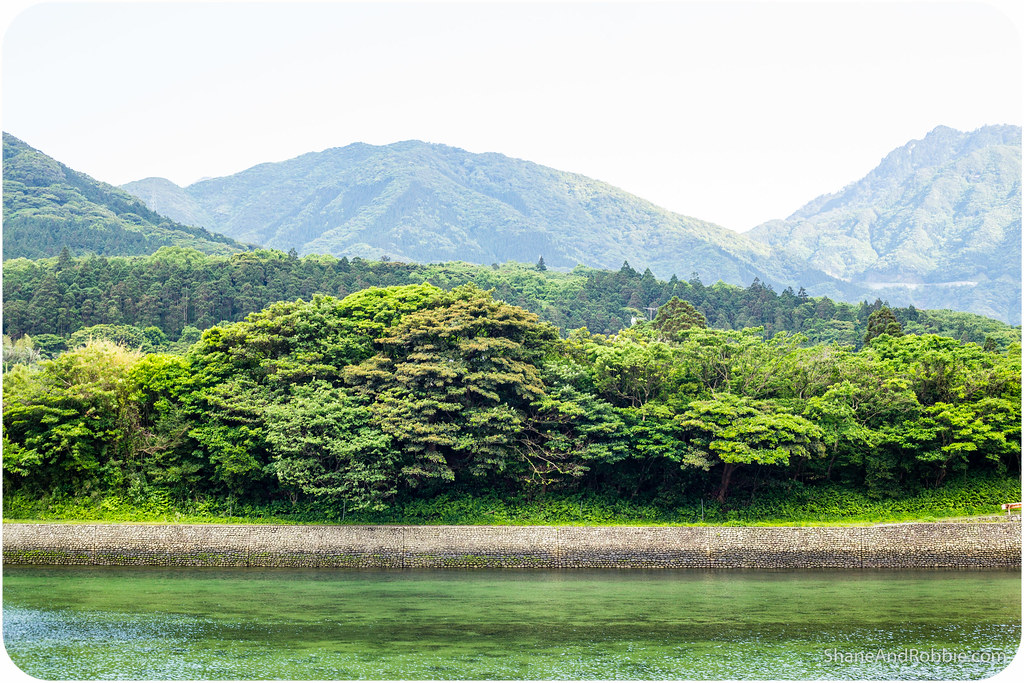 There are a lot of rivers, streams, rivulets and waterfalls on Yakushima, mainly because it rains A LOT here – like 10,000mm (i.e. 10m) per year. It’s all this rain that has allowed the unique forests of Yakushima to thrive. We learnt this today when we went to the Yakushima Nature Centre and looked at all their displays and watched the informational documentary they play about the island (worth watching if you’re very here – includes some epic photography). 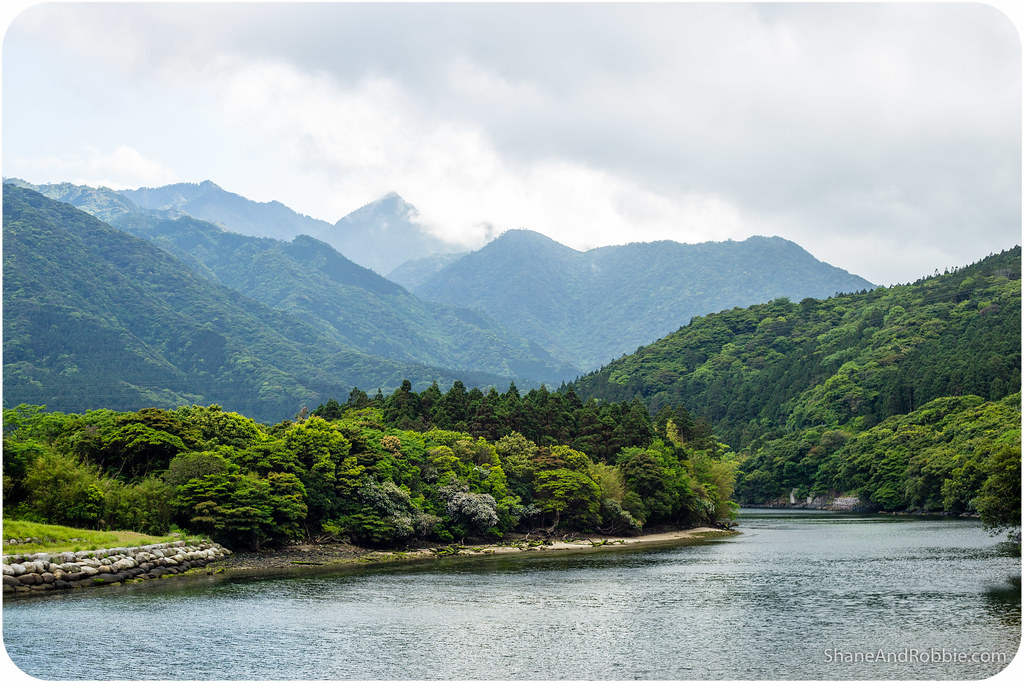 We also learnt that Yakushima is not a volcanic island; the bedrock of the island is granite and was formed some 1.4 million years ago from subterranean pressures* forcing this little piece of land to jut up out of the surrounding ocean. The entire island has a circumference of just 89km but has over 30 mountains on it that measure more than 1km high, all of them pushed up out of the Earth by the tremendous forces at work below far us. The highest of these peaks is Mt Miyanoura, which, at 1,935m high, is southern Japan’s highest mountain. Many of the tourists a year who come to Yakushima come to climb Mt Miyanoura; all of us come to see the ancient forests of this island and experience its beauty and isolation.
*Those forces are still at work – turns out Yakushima is growing at a rate of about 0.5mm per year. 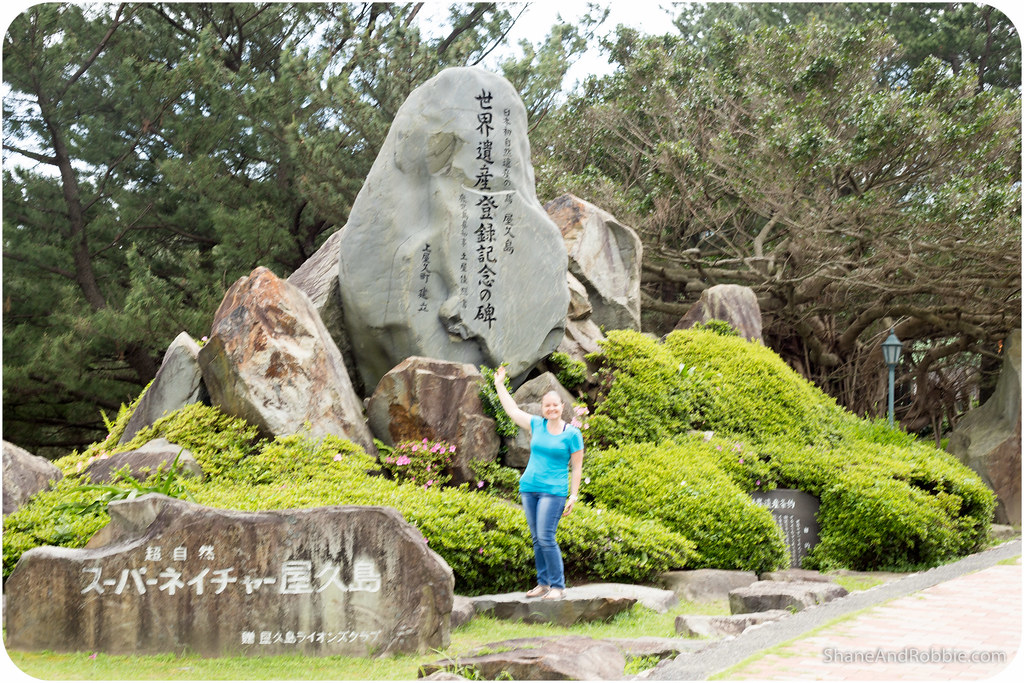 We were really lucky to arrive just as the clouds were lifting off the mountains, which was awesome! We got to watch sunset over the mountains, and then found a small restaurant that specialised in BBQ meals – they brought a small hot coal BBQ out to our table and a selection of meats and veggies for us to cook on it. A very tasty meal and a great way to end the day here on Yakushima island. Tomorrow we’re off to explore some of those epic mountains we can see in the distance… 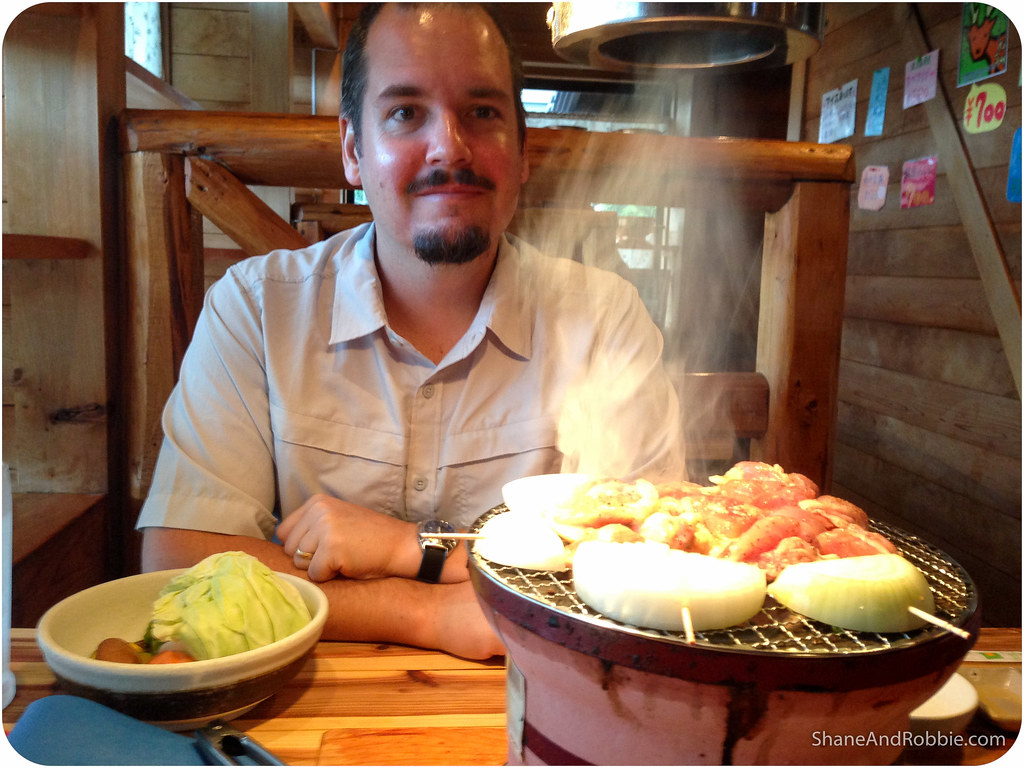 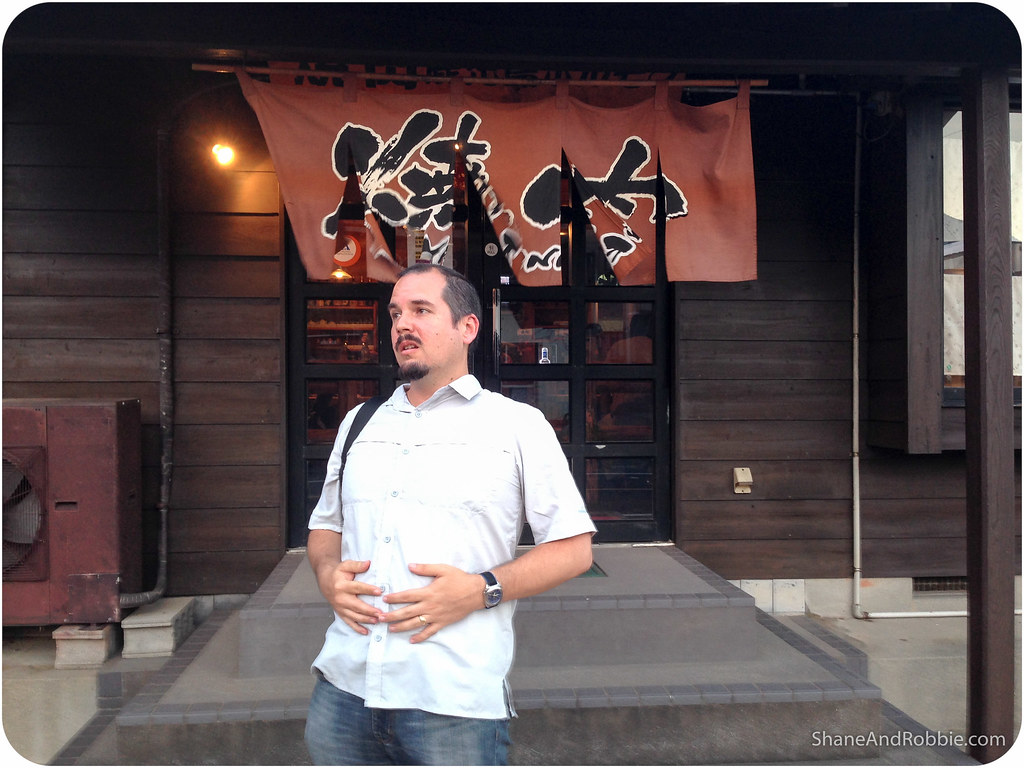