YAKUSHIMA’s WILD WEST
Yakushima is an amazing place – thick rainforest blankets the mountains; ancient cedar trees tower up to the sky; waterfalls carry crystal clear water from the highest peaks down to the ocean; wild monkeys and deer roam freely; and giant turtles lay their eggs on golden beaches.

After our experience of Shiratani Unsuikyo yesterday we decided to venture a little further afield today and explore some of Yakushima’s west coast. The western side of this roughly circular island is hard to access as the road (note the use of the singular) there is very narrow and winding. This means public buses cannot get through there and the only way to access it is by car. We tried to hire ourselves a car for the day, but given it’s Golden Week all the rental cars on the island were booked. So instead we hired a (Japanese speaking*) guide for the day who took us around to the wild western side of Yakushima and showed us more of the island’s unique flora and fauna.
*English is not widely spoken around here. We were lucky to get a Japanese speaking guide for the day, given how busy it is at the moment. Poor Shane had to take in what the guide was saying, interpret as much of it as he could, then translate everything for me. By the end of the day his brain was running pretty hot and he needed a couple of beers to cool it off! 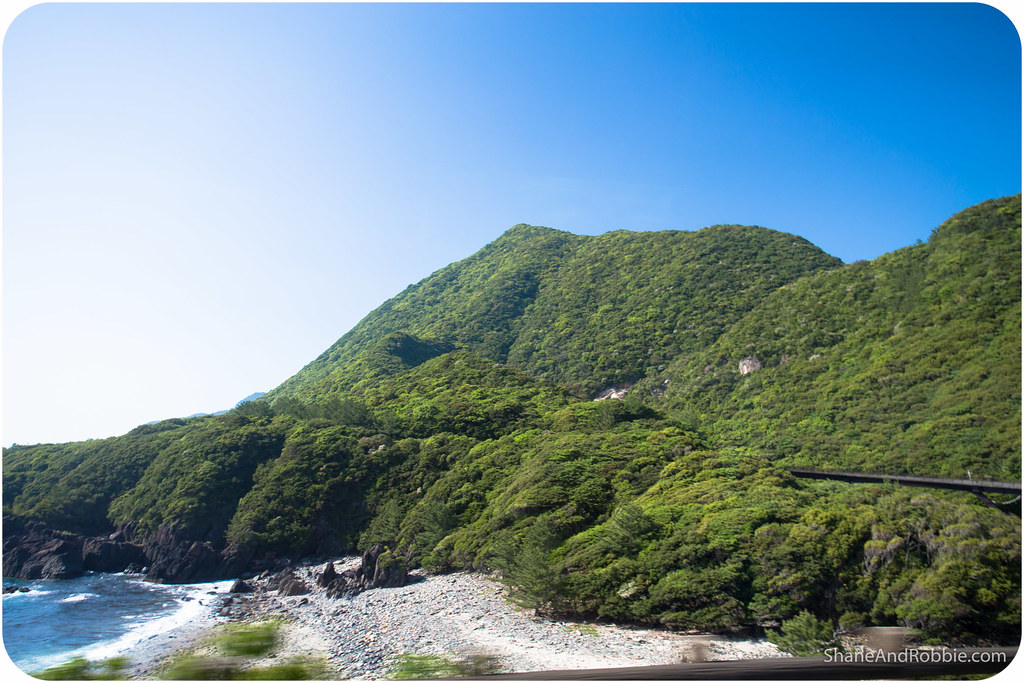 We were lucky enough to, once again, have blue skies and gloriously warm sunshine for our outing. This made our first stop for the day, Nagata Inaka beach, even more spectacular. This beach is Yakushima’s longest white sand beach and is also one of the beaches where loggerhead turtles come to lay their eggs in spring and summer. From late May to July female loggerhead turtles make their way up this beach and lay their eggs in sandy “nests”. Each females lays over 100 eggs per nest, and makes 3-4 nests per year. That seems like a lot of baby turtles, until you realise that less than 1% of them will survive into adulthood. 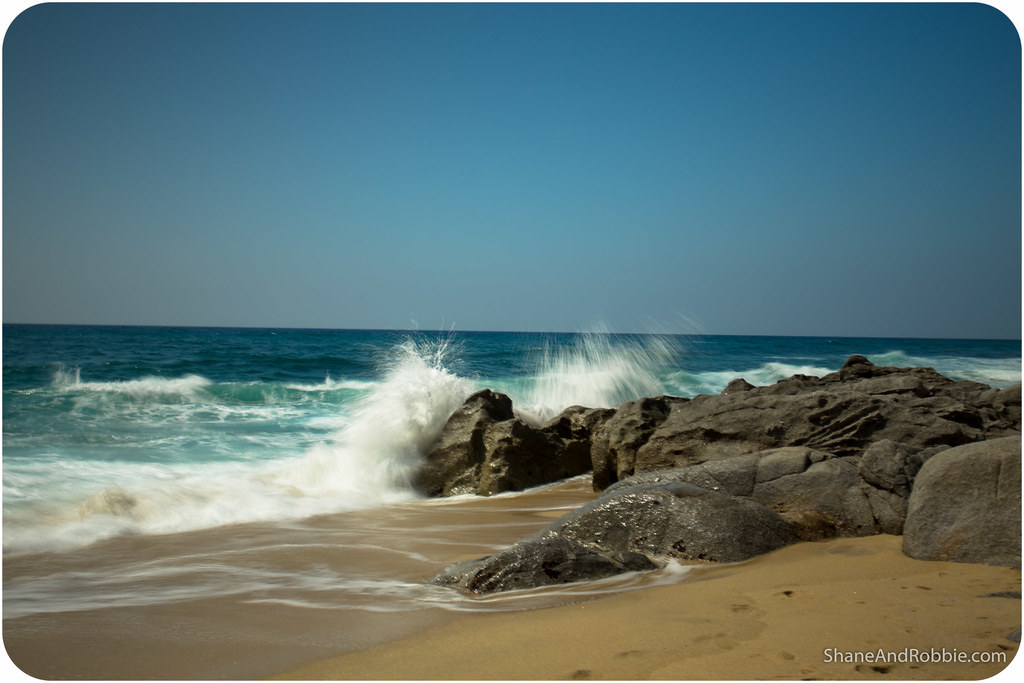 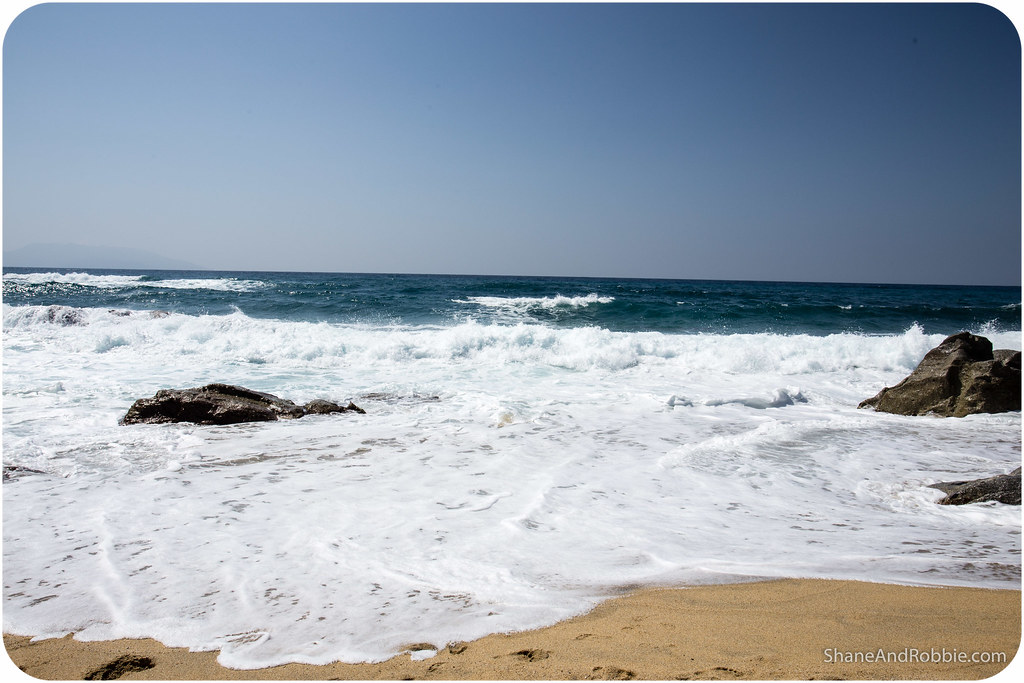 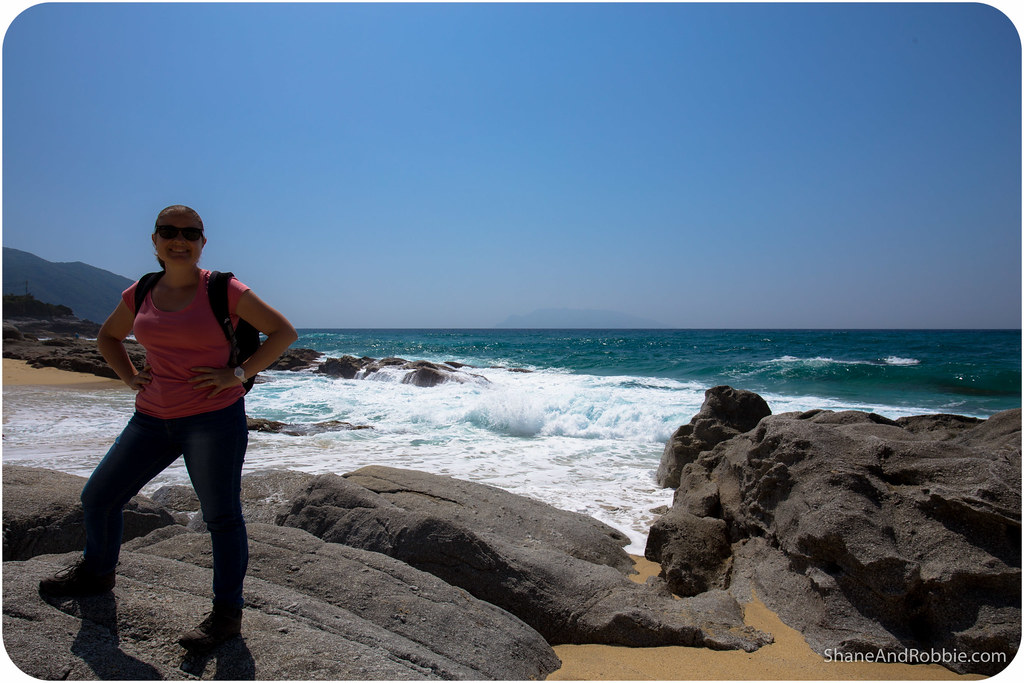 Current estimations are that 40% of the loggerhead turtles in the northern Pacific nest on this one little island. The amount of rain that falls on Yakushima means that the sea waters around the island are colder than they otherwise would be. This changes the ocean ecosystem and means that the area around the island contains a large number of crustaceans, loggerheads’ favourite food. Loggerhead turtles are an endangered species and Yakushima’s importance as a nesting site adds to its ecological value. We’re here a little early to see turtles lay eggs, but it was still great to see the beach and learn about the role Yakushima plays in helping keep the loggerhead turtle species in existence. 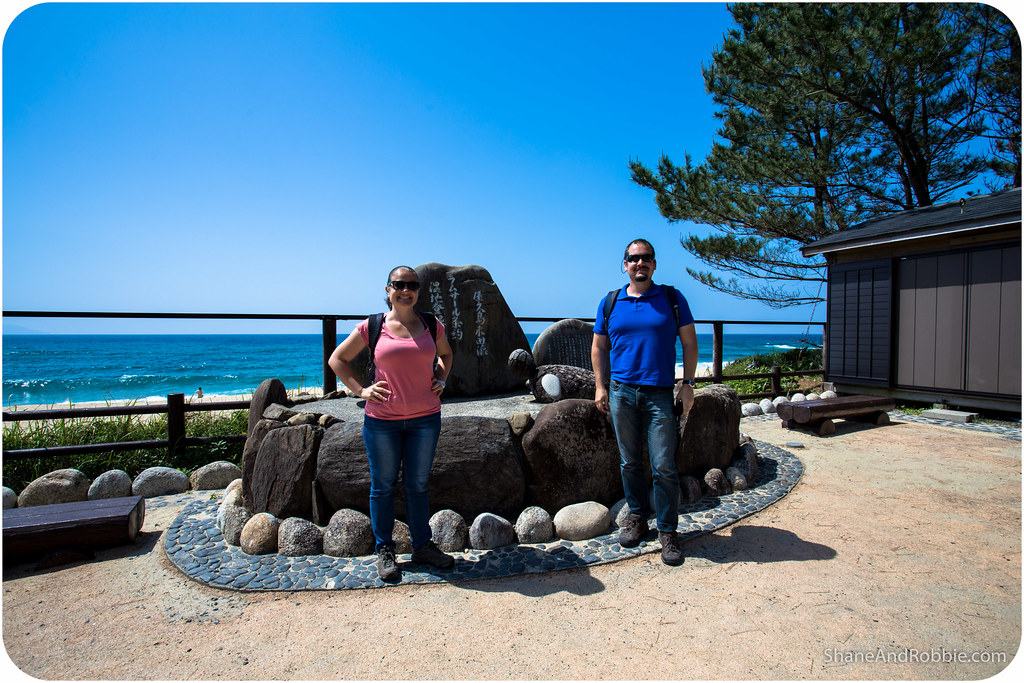 From Nagata Inaka beach we hopped back in our van and drove down the Seibu Forest Path, as the road through the island’s western side is referred to locally. Clinging precariously to the side of the mountain, the narrow road wound its way through some of the greenest virgin forest we’ve seen on Yakushima so far. We learnt from our guide that, due to its inaccessibility, this side of the island has never been logged and is thus still old growth forest. 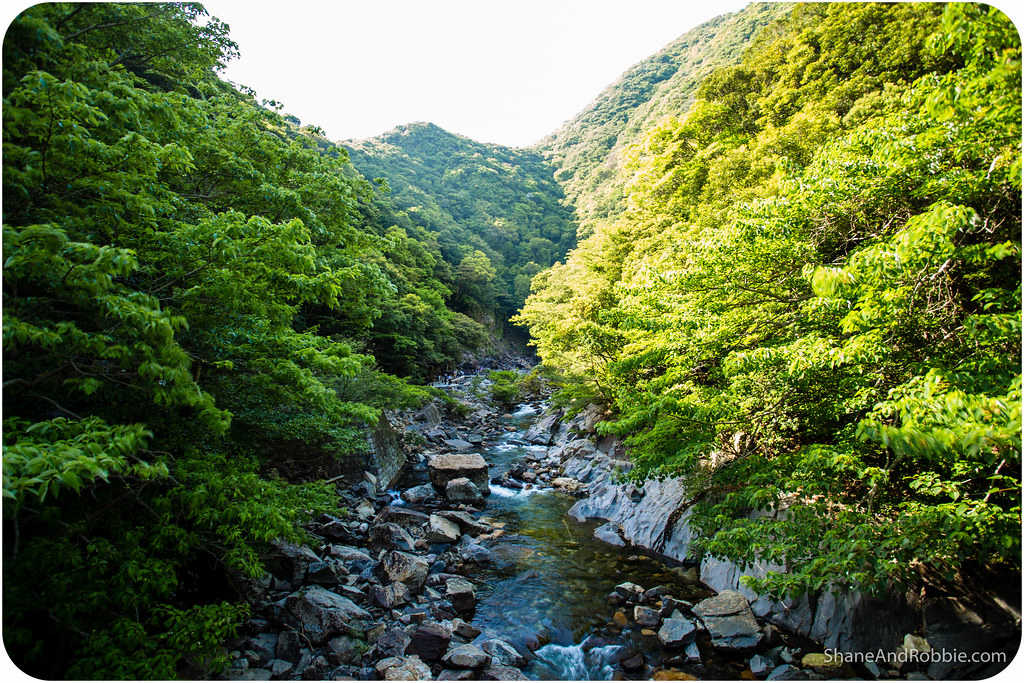 With the green of the forest plunging all the way to the blue of the ocean, this side of the island was especially beautiful. It reminded us a bit of the Daintree Rainforest in northern Queensland (Australia), though far less developed and touristy. 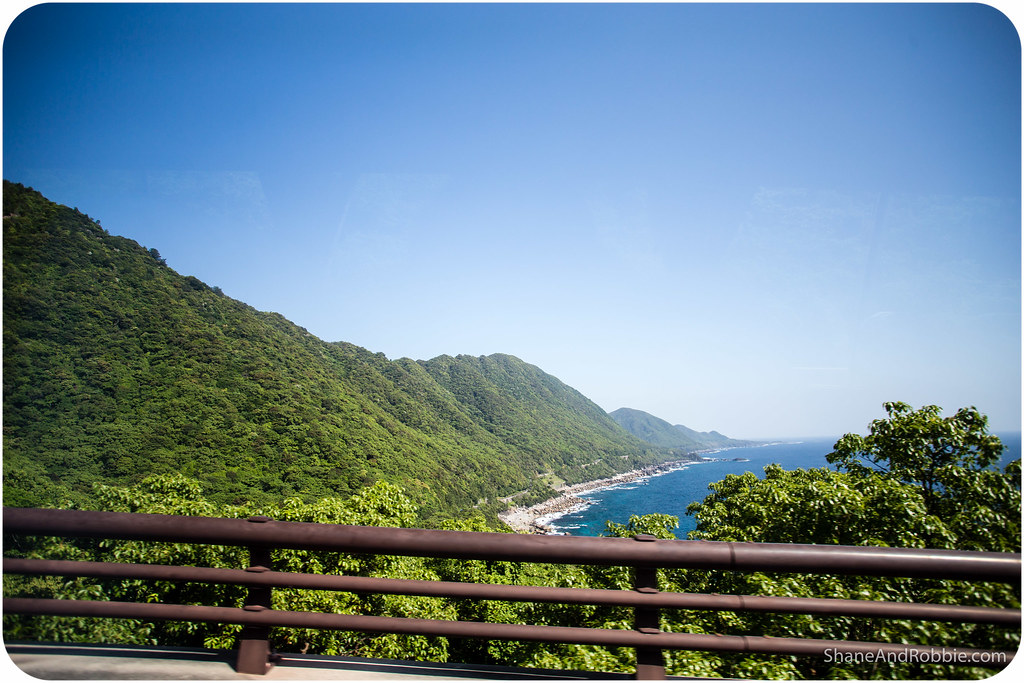 We stopped a few times to walk short distances into the forest and saw wild deer and monkeys, as well butterflies, lizards, frogs, and countless birds. The diversity of flora and fauna on Yakushima is quite unique – our guide was telling us that there 1,900 species of plants, 200 species of birds, and 16 species of mammals endemic to the island. 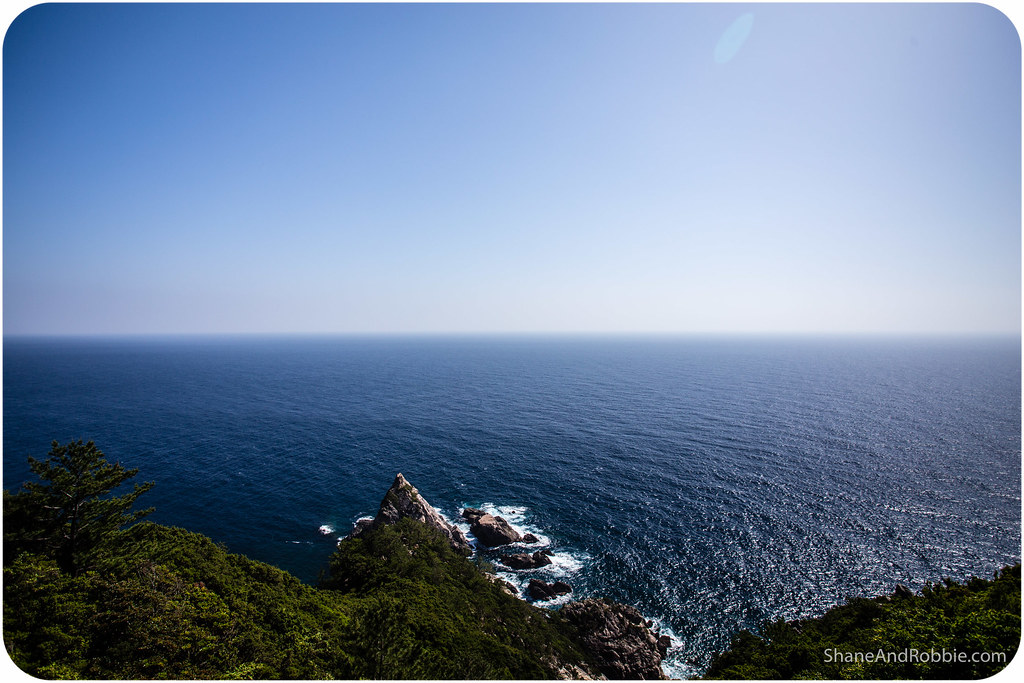 Due to the island’s isolation, climate and unique vegetation many of the mammal species on Yakushima have evolved to be slightly different from their mainland Japanese cousins. The Yakushima macaque, for example, has evolved to be smaller than “regular” Japanese macaques; they also have darker fur and black hands and feet. We saw a few of these yaku-saru (i.e. Yakushima monkeys) today, including a few tiny babies born in these last few weeks. 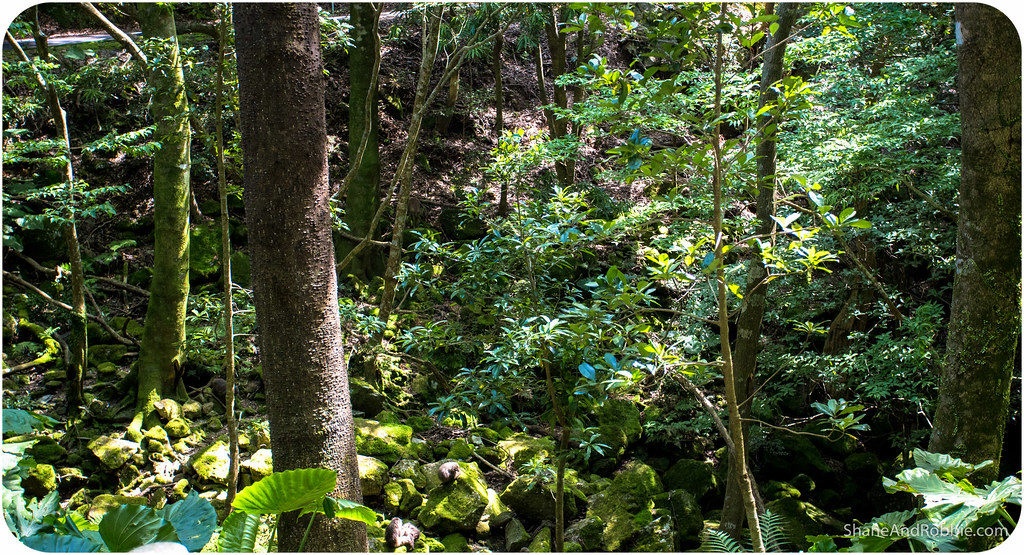 We also saw a number of yaku-sika (i.e. Yakushima deer). The estimated wild deer population on Yakushima is around 19,000 and they can be seen all over the island: from the coastline to the mountain tops. To put this figure into perspective, the human population of the entire island is just 13,000! Like the macaques, the deer on Yakushima have evolved to be slightly smaller and darker in colouring. As they’re not hunted any more, the deer were quite unperturbed by us; we got to watch them foraging in the forest for quite a while before they casually wandered off. 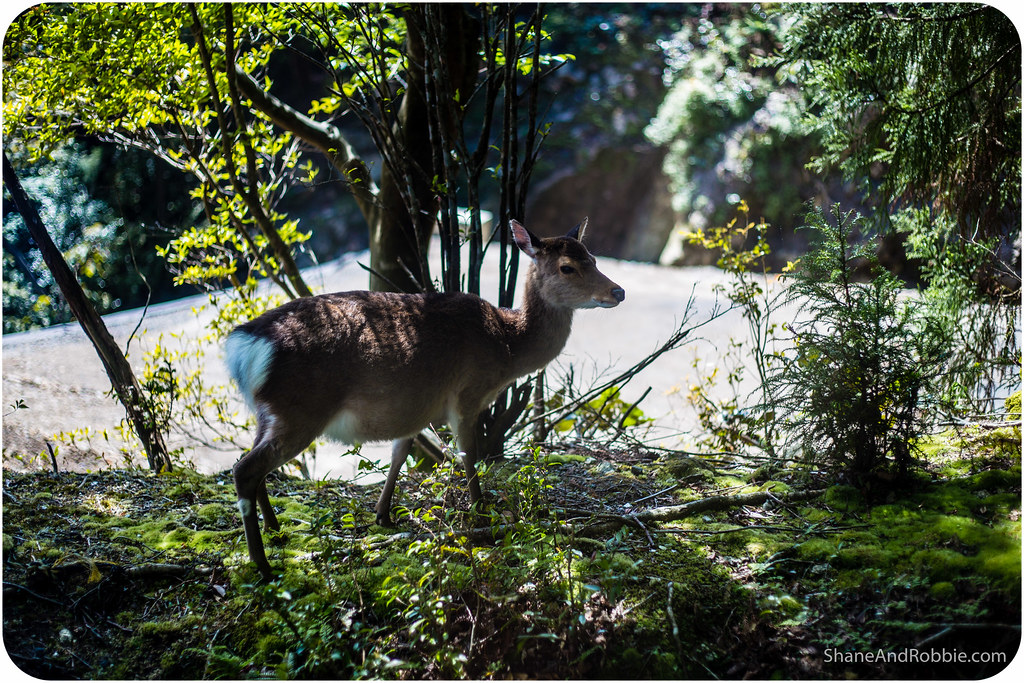 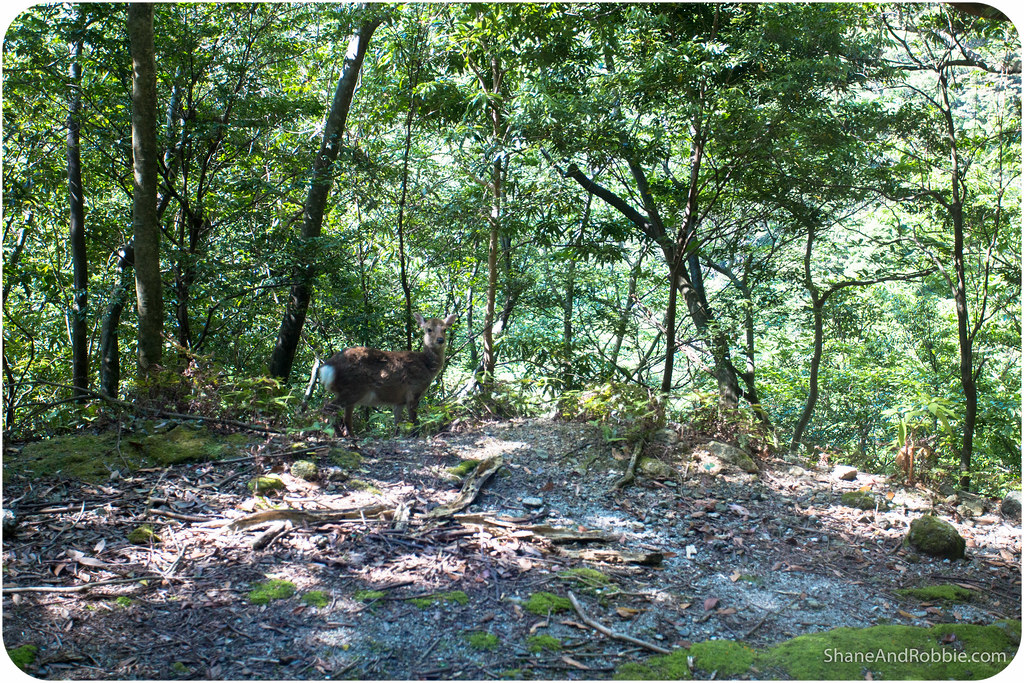 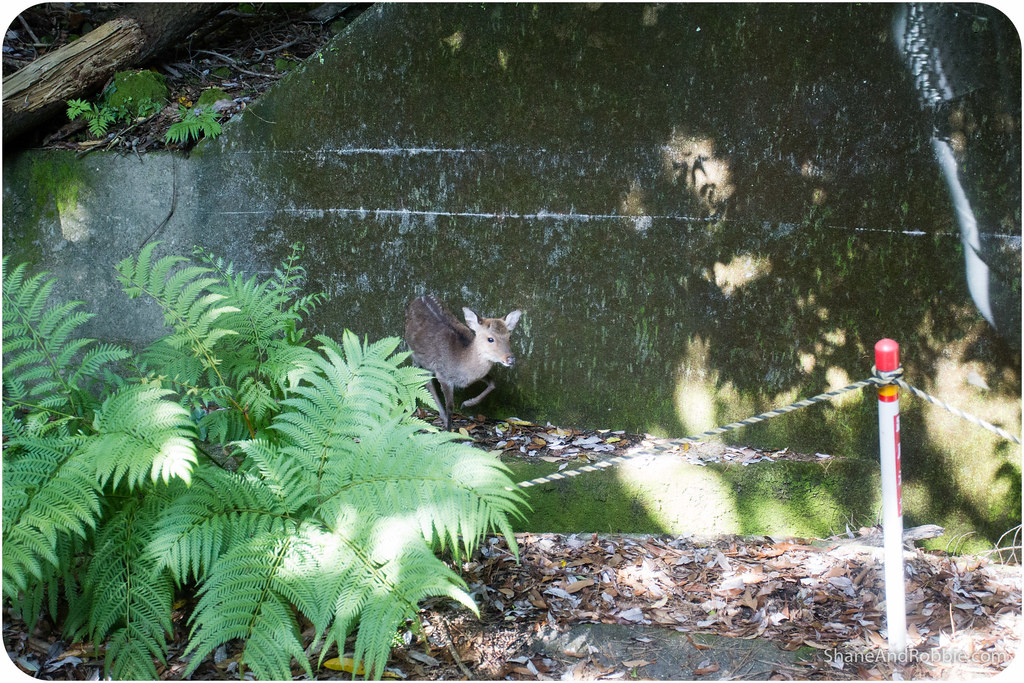 After a few hours spent enjoying the Seibu Forest Path we moved on to Ohkonotaki waterfall, one of Japan’s largest. This powerful waterfall drops 88m and filled the air around us with a fine mist of cool water. Our guide told us that the waterfall was only about 30% “full” at the moment – during typhoon season, when most of the island’s rain falls, it triples in size and ferocity. 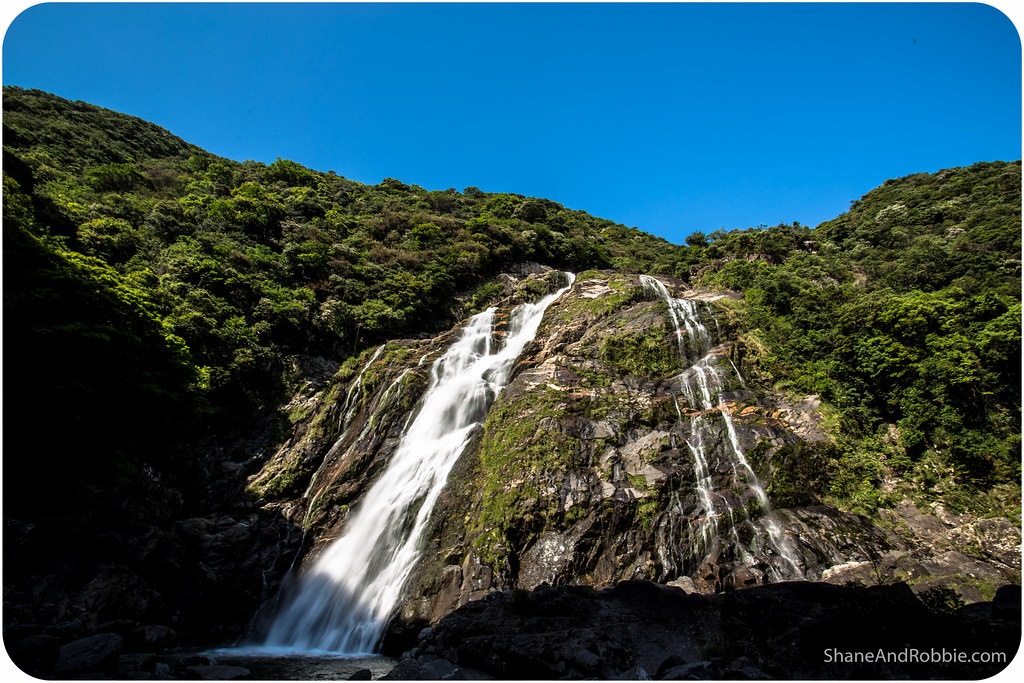 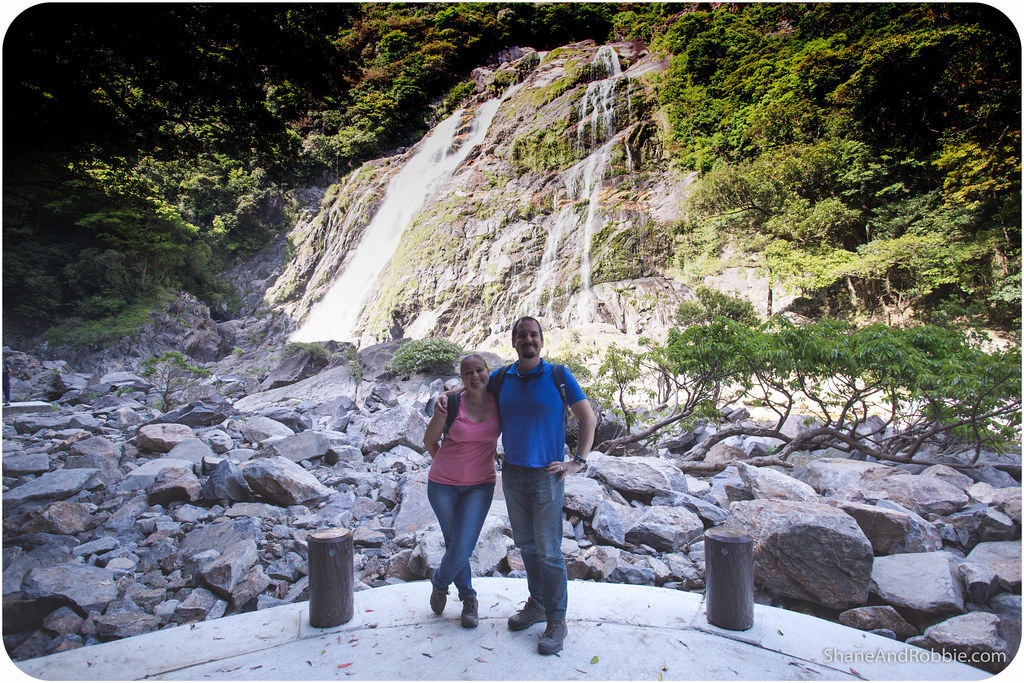 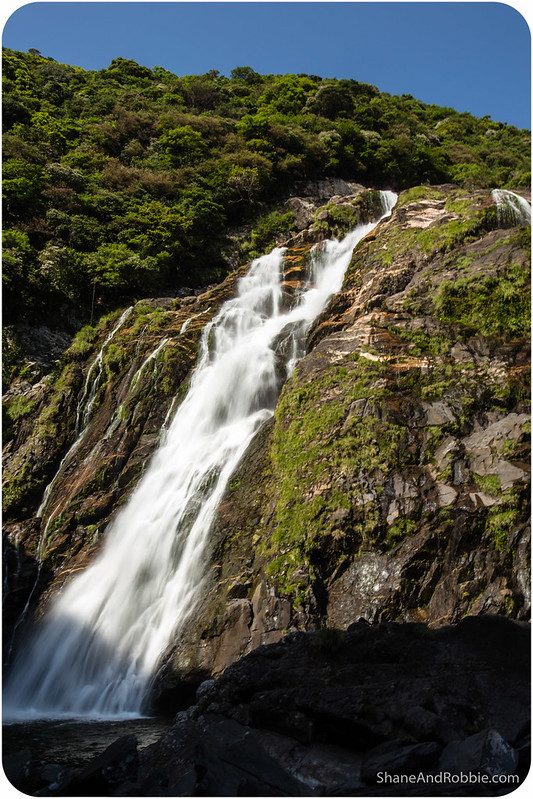 Our excursion at an end we then made our way back to Miyanoura, where we got to enjoy another glorious sunset over the mountains of Yakushima. We’ve been so fortunate to have had such amazing weather while we’ve been here, and to have seen so much of what the island has to offer. Best of all: we still have one more day to go! 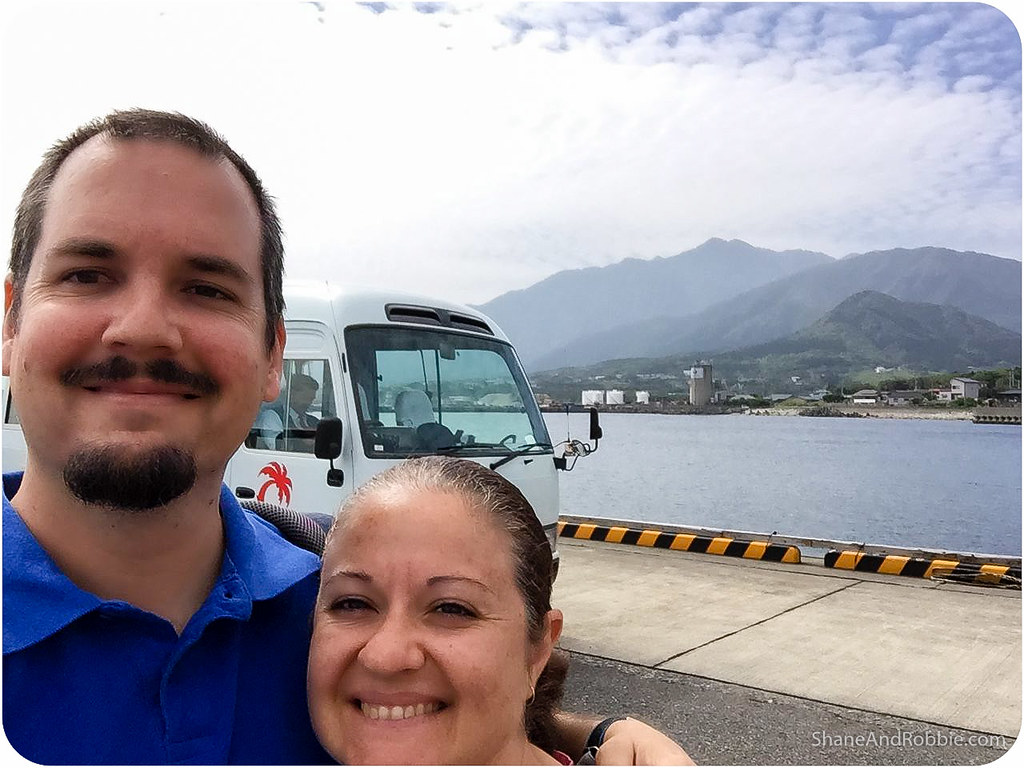