A DAY OF PEACE & SERENITY ON LOVELY LANTAU
After 3 days exploring Hong Kong we needed a little respite from the noise, smells, rabble, and chaos of the city. In search of some peace and quiet we headed out to Lantau, the closest and most accessible of the Outer Islands. This sparsely populated, densely forested, mountainous island delivered the serenity we were after, and we even got to enjoy some time communing with nature. It was a great way to spend the day and gave us a much-needed break from the excitement of central Hong Kong! 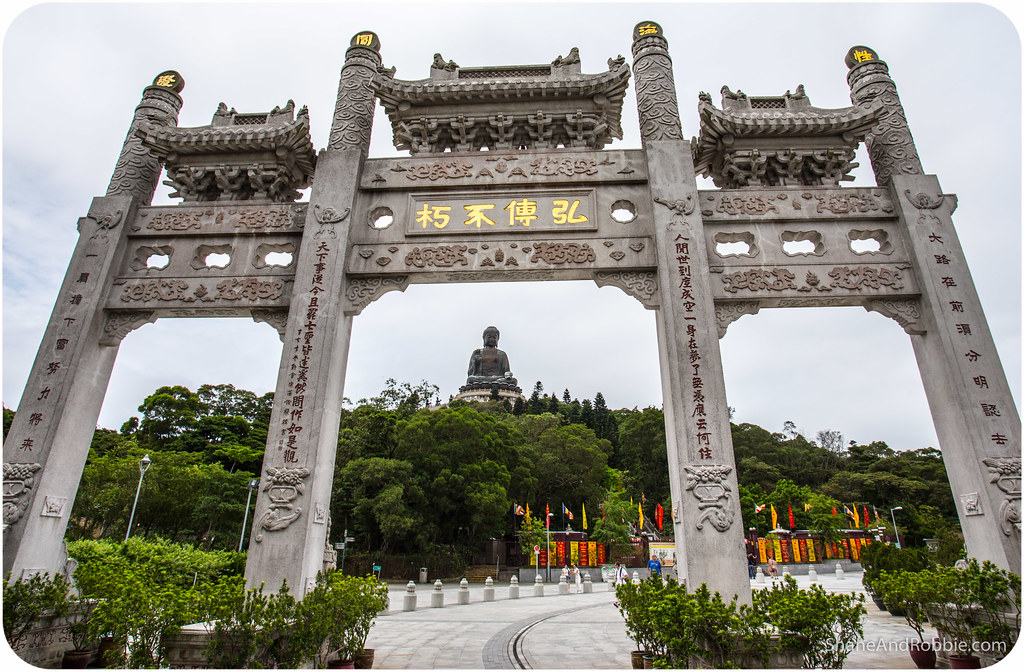 Lantau is the largest of Hong Kong’s islands – its twice the size of Hong Kong Island itself. It’s also one of the least populated islands, with most of the mountains and coastal land remaining undeveloped and densely forested. Most of Lantau Island is national park, which is why it is often referred to as “the lungs of Hong Kong”. The beaches around Lantau seemed quite nice too, with clean white sand and palm trees for shade. 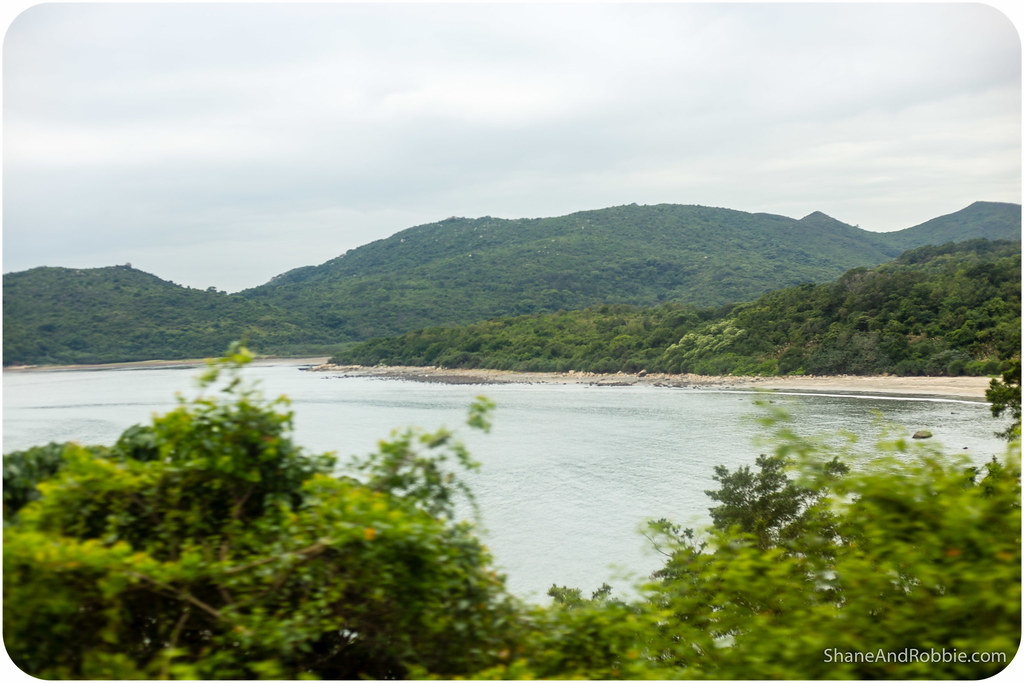 Lantau Island’s most famous landmark, however, is the giant Tian Tan Buddha perched high on Ngong Ping Plateau at the centre of the island. This 26m high bronze statue was built by monks from the nearby Po Lin Monastery and is a major tourist attraction. 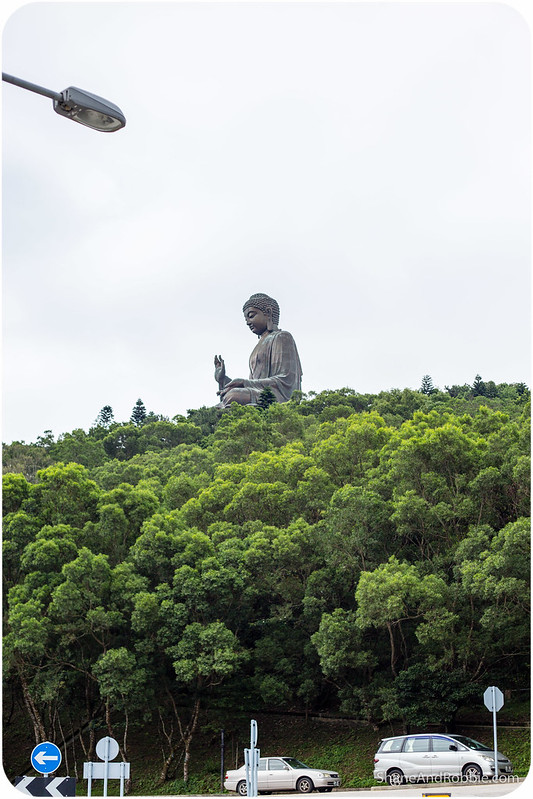 The Hong Kong metro system has a link in to Tung Chung, the only town on the island. From Tung Chung there is normally a cable car that whips you up to Ngong Ping Plateau, right near the monastery and giant Buddha. Luckily* the cabe car is currently under-going maintenance and is closed; the only way up to the plateau was by local bus.
*I say “luckily” because this greatly reduced the number of tourists up there today – we virtually had the place to ourselves. 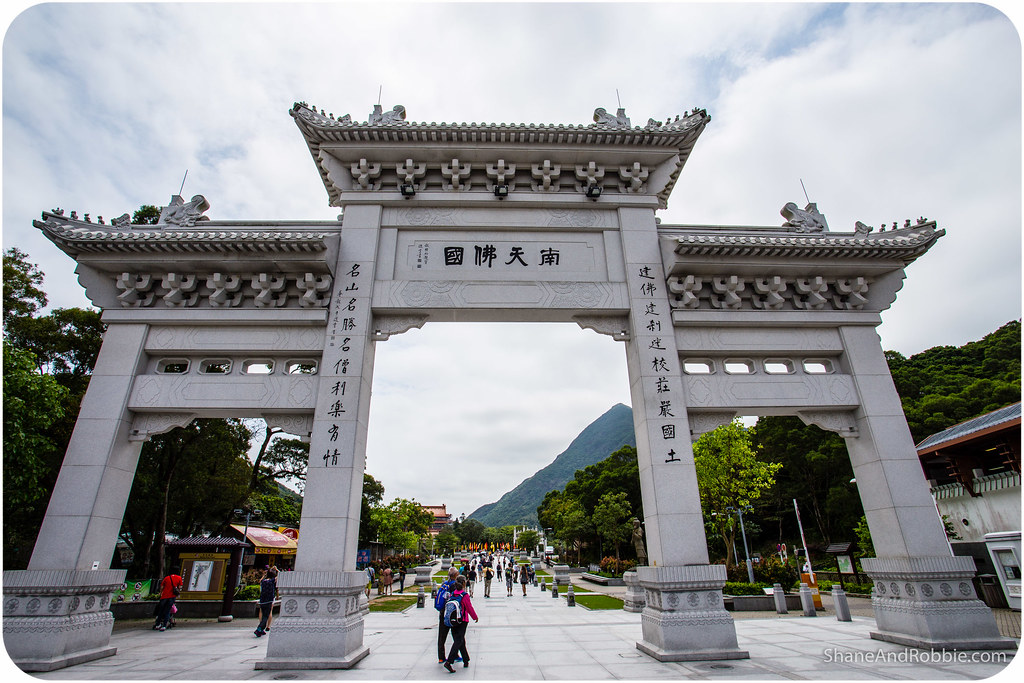 The bus ride was pleasant enough, with the views keeping us entertained. The funniest thing we saw were cows and buffalo crossing the road. Apparently they’re wild on Lantau and roam the island freely, munching on grass and blocking traffic. Not at all what we expected in modern, busy Hong Kong! 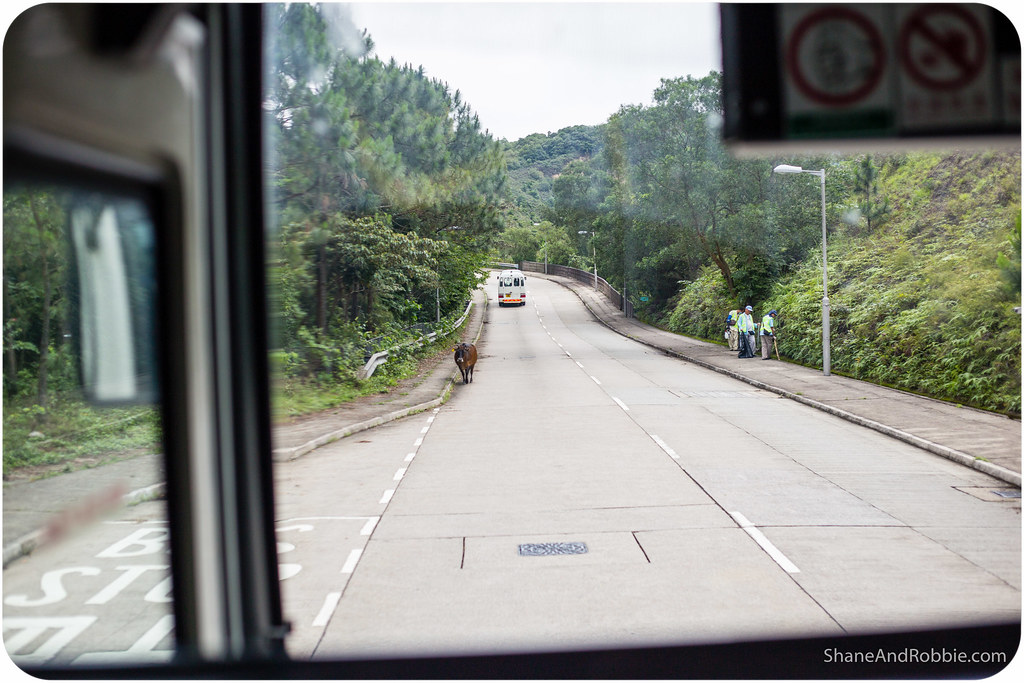 It took 45 minutes of driving through the winding roads of Lantau to reach Ngong Ping, but once we were up there, it was great. The large plaza in front of the monastery was empty and took our time exploring the area. There were dozens of statues lined up along the open-air arcade, all of them fierce warriors and protectors of Buddha. 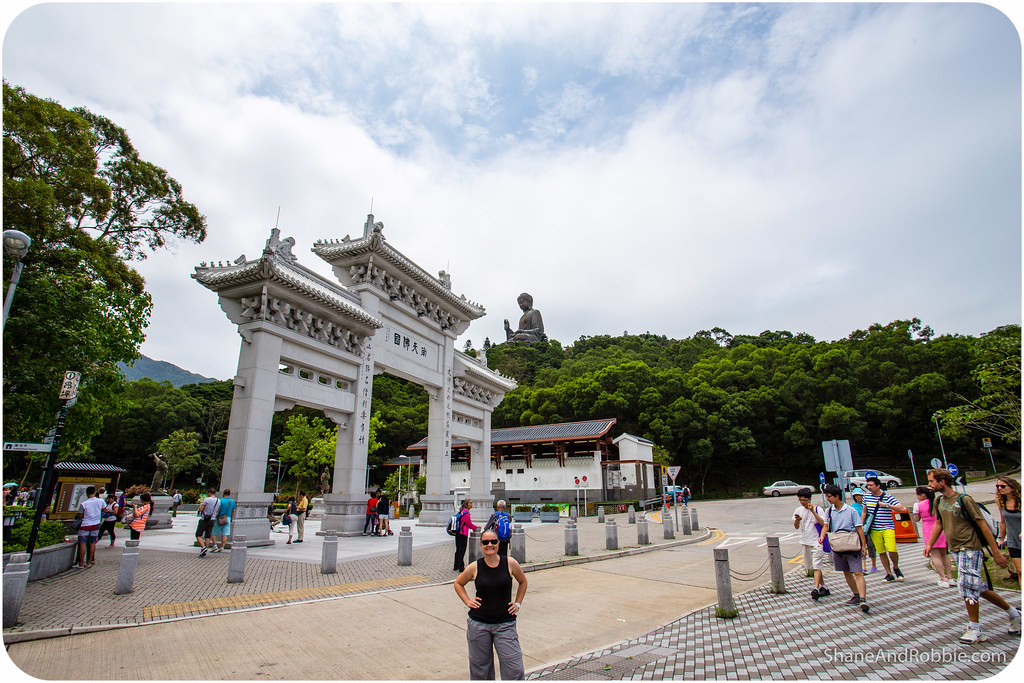 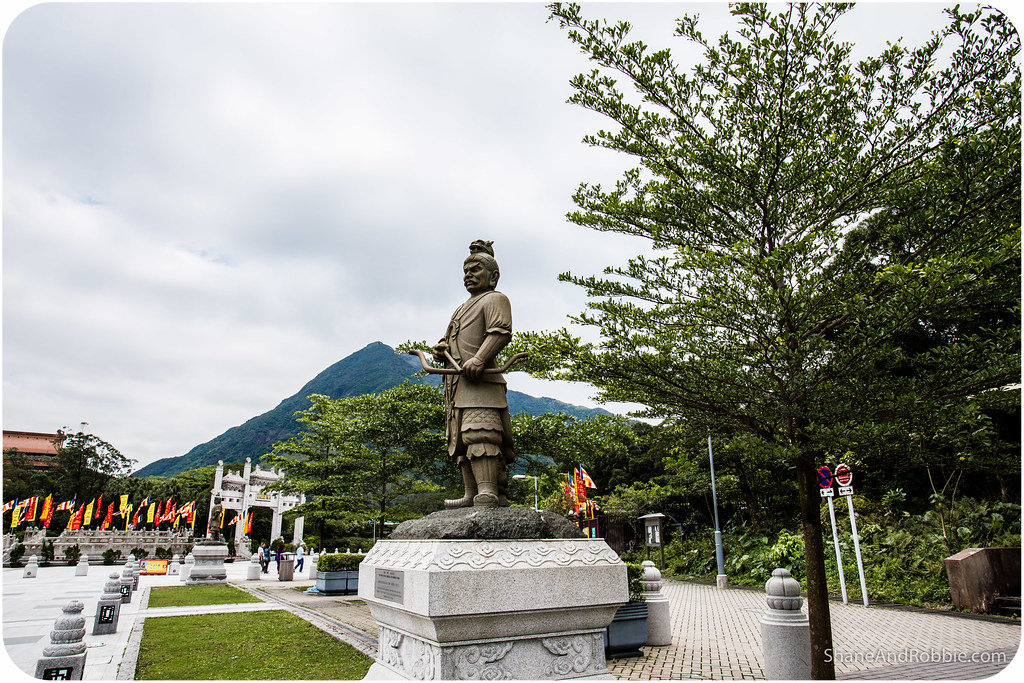 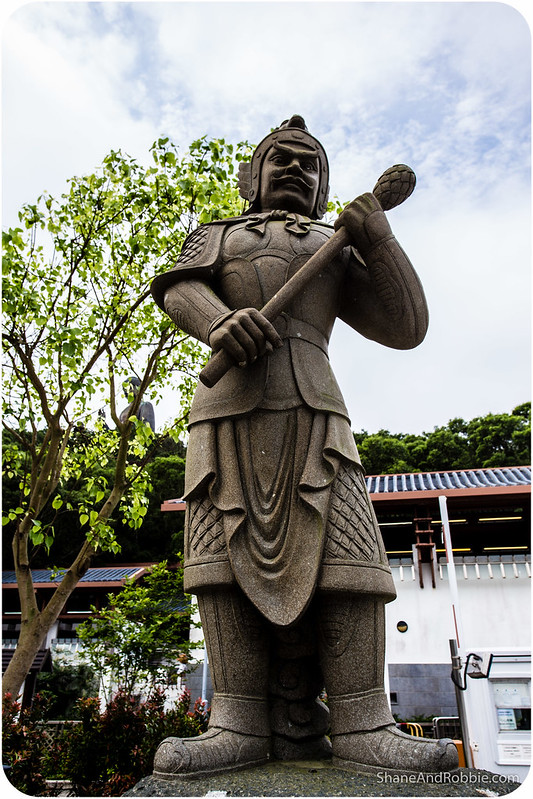 After admiring him from a few different angles, we climbed the 268 steps up to the Tian Tan Buddha (no small feat in this heat and humidity!). The statue sits atop a small hill, over-looking the entire island of Lantau and enjoying views across to some of the other, smaller Outer Islands of Hong Kong. 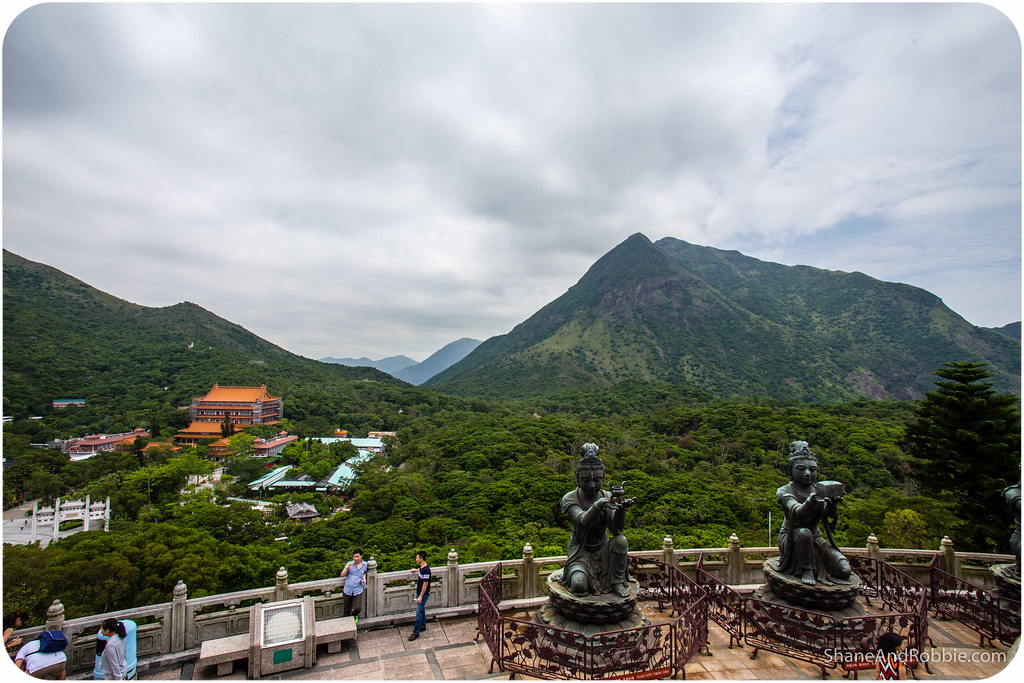 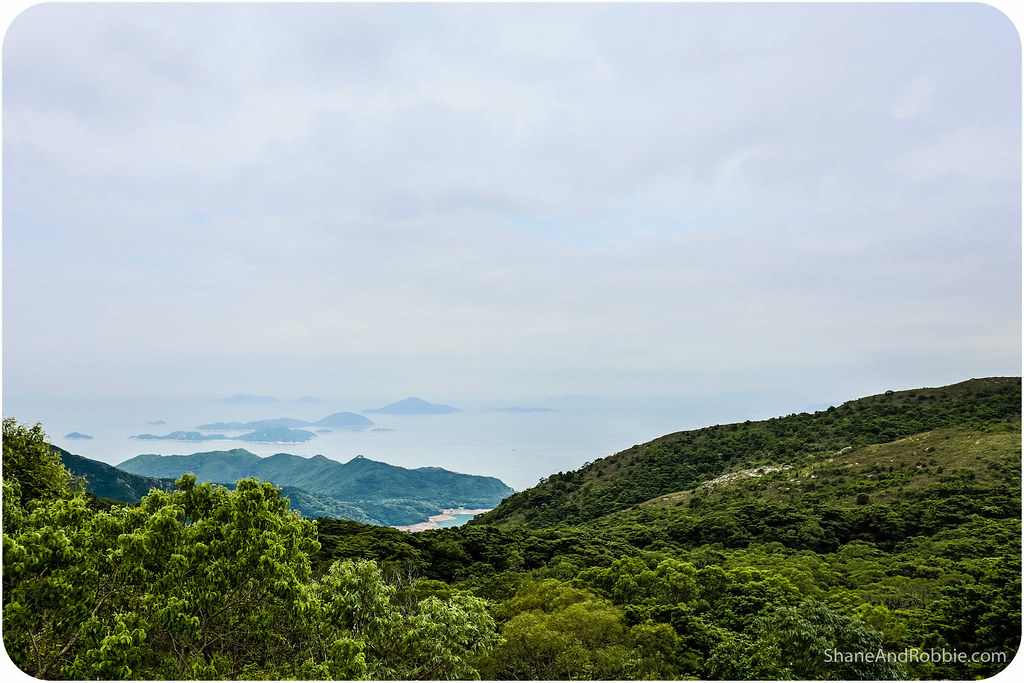 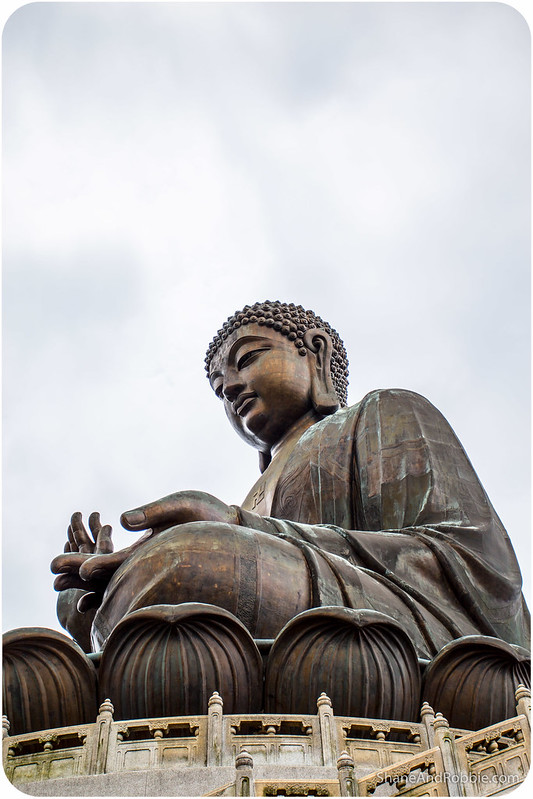 Surrounding the giant Buddha were six smaller bronze statues which we learnt are known as “The Offering of the Six Devas”. They are posed offering flowers, incense, lamp, ointment, fruit, and music to the Buddha, and symbolise the Six Perfections of generosity, morality, patience, zeal, meditation, and wisdom – all of which are necessary for enlightenment. 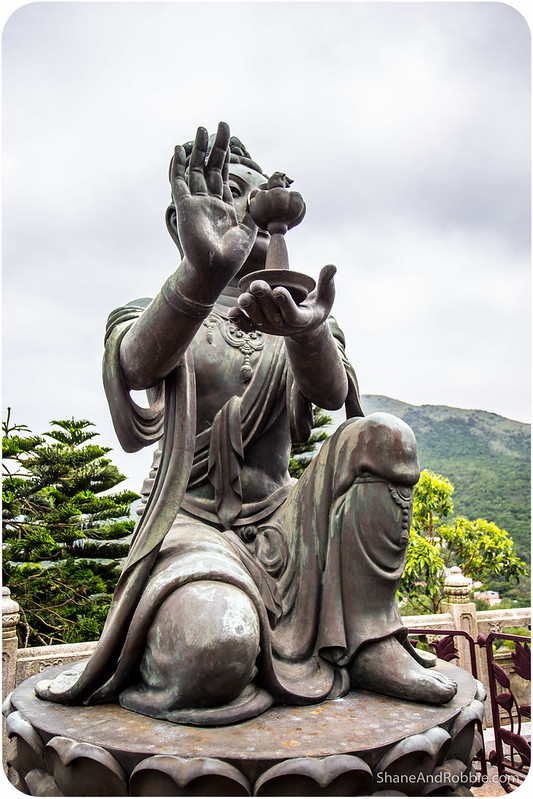 Opposite the statue, the Po Lin Monastery is one of Hong Kong’s most important Buddhist sanctums. It’s a lovely temple, richly decorated and incredibly colourful. There were a few people at the temple, praying and making their offerings. The smell of incense was thick in the air and it was lovely to experience the serenity of the place. 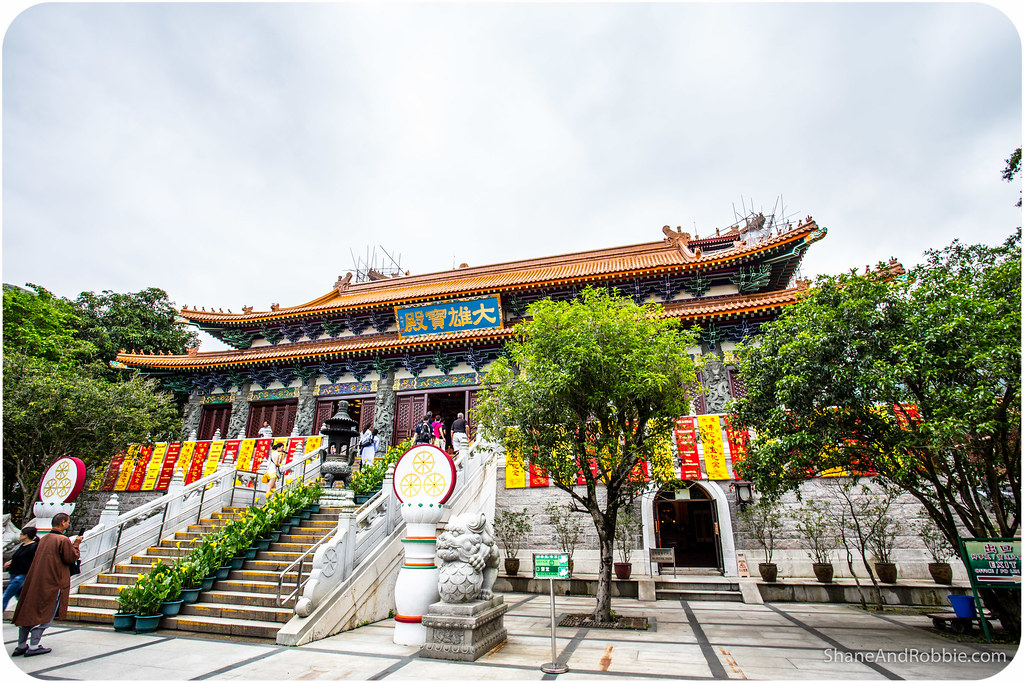 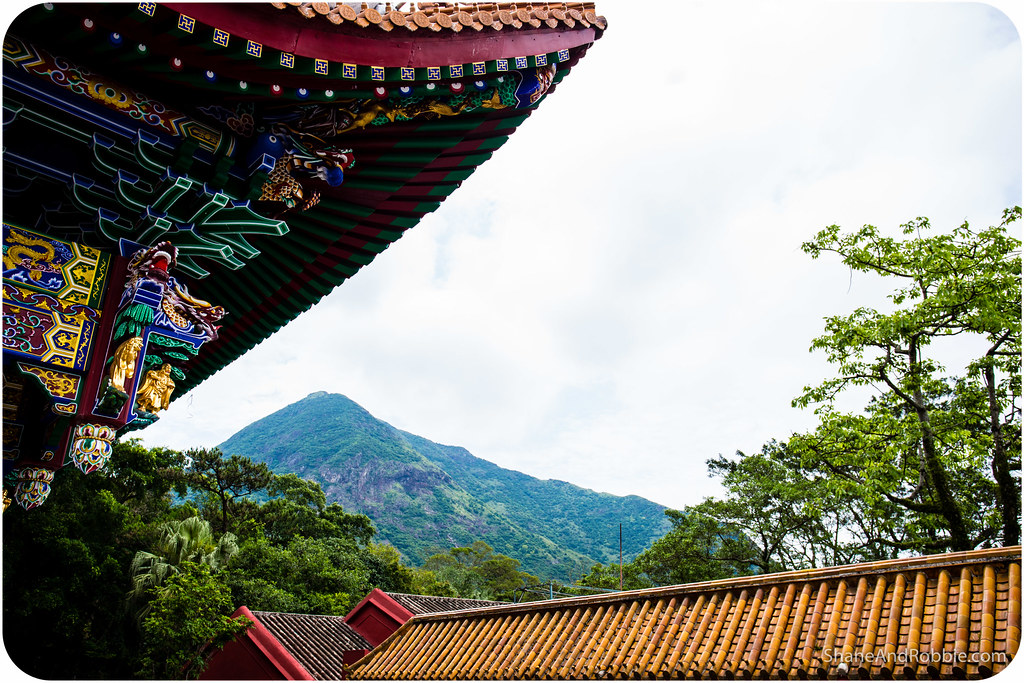 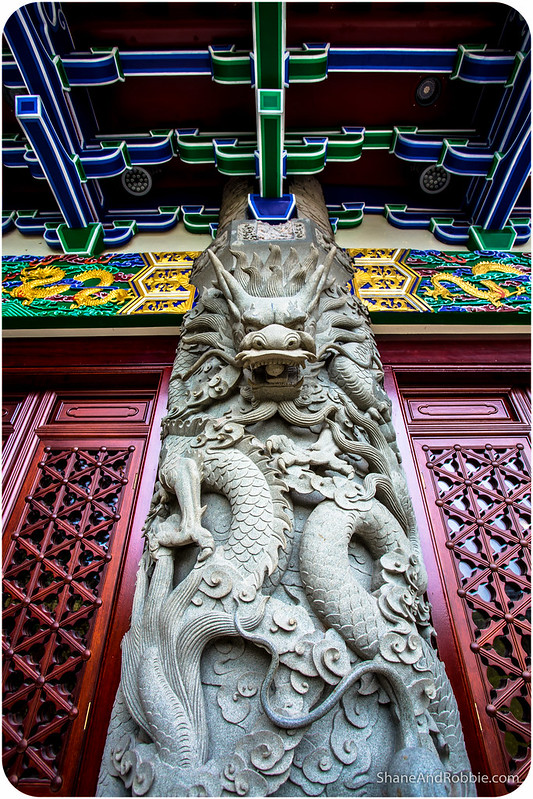 Open to the public, the monastery’s main temple houses three bronze statues of the Buddha (representing his past, present and future lives) in a a beautifully decorated hall. 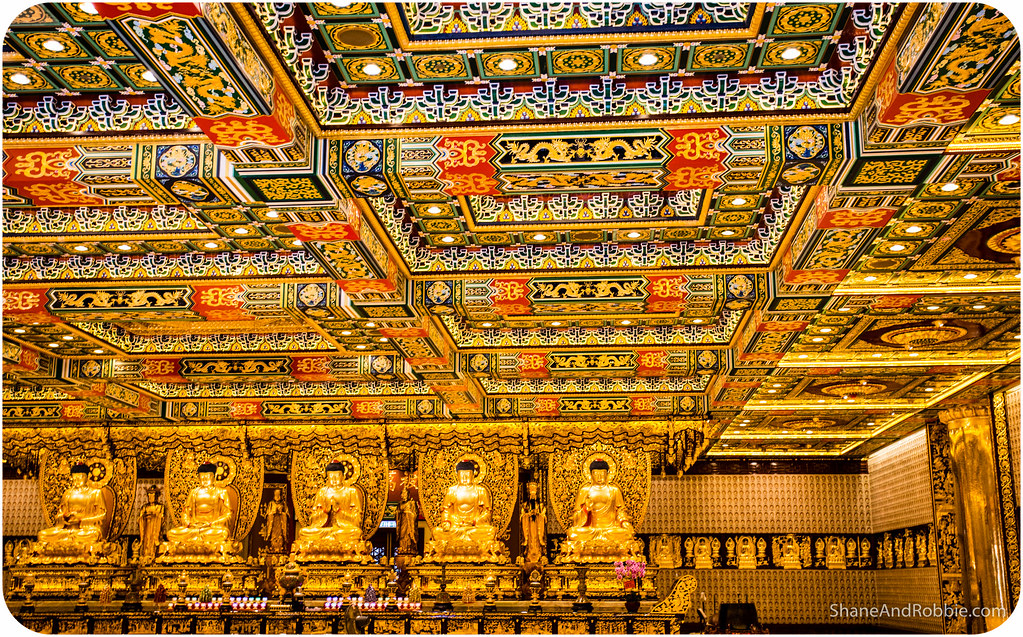 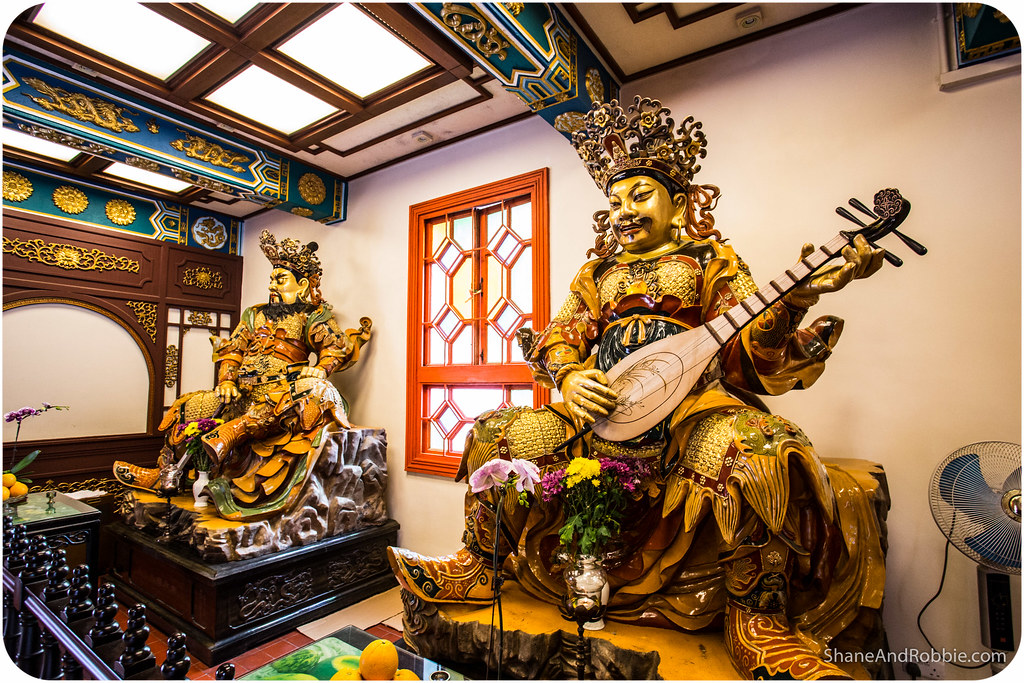 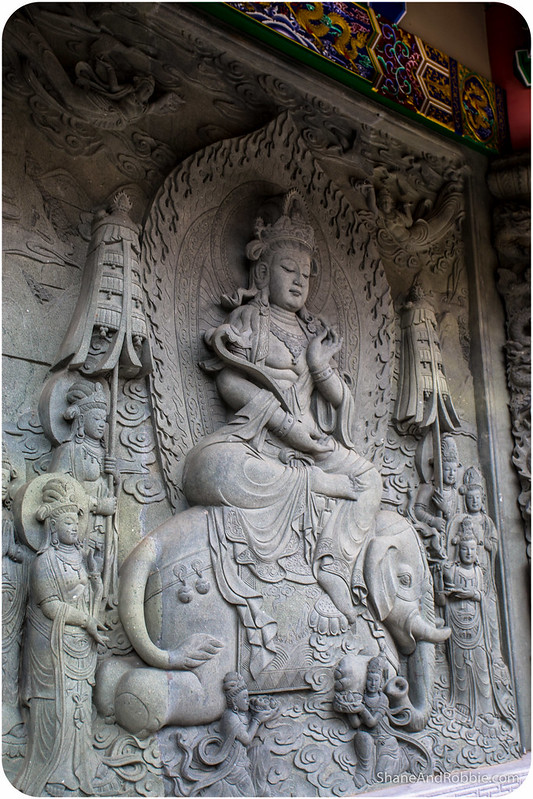 Having explored the monastery and its grounds we set off for a short hike, starting with the Wisdom Path, This short walk into the forest around the monastery took us to a series of 38 wooden monuments inscribed with Buddhist verses. 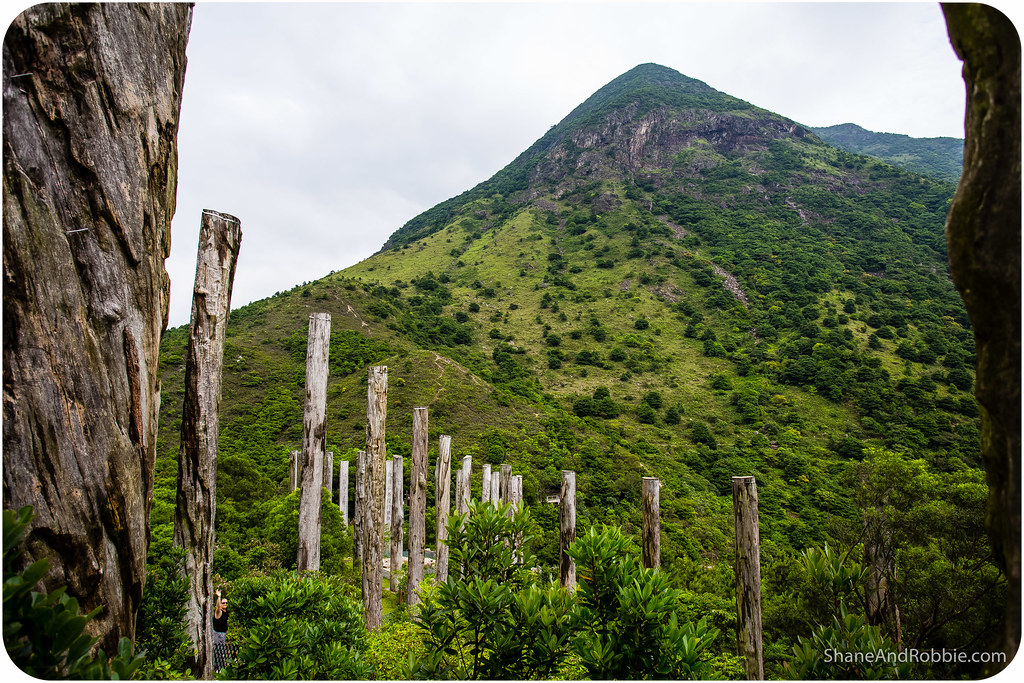 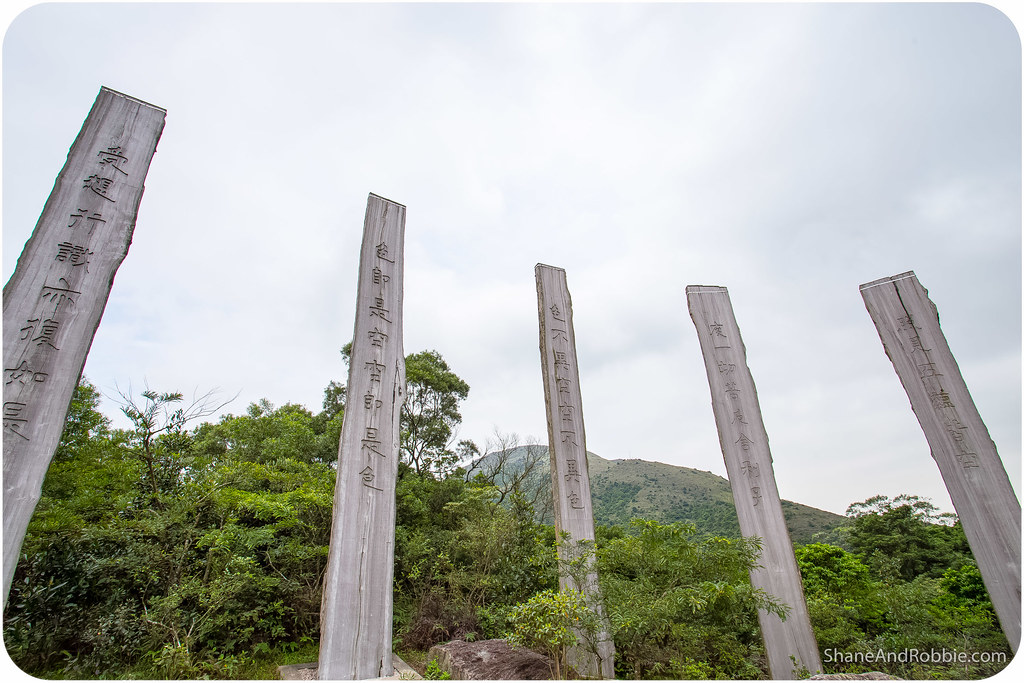 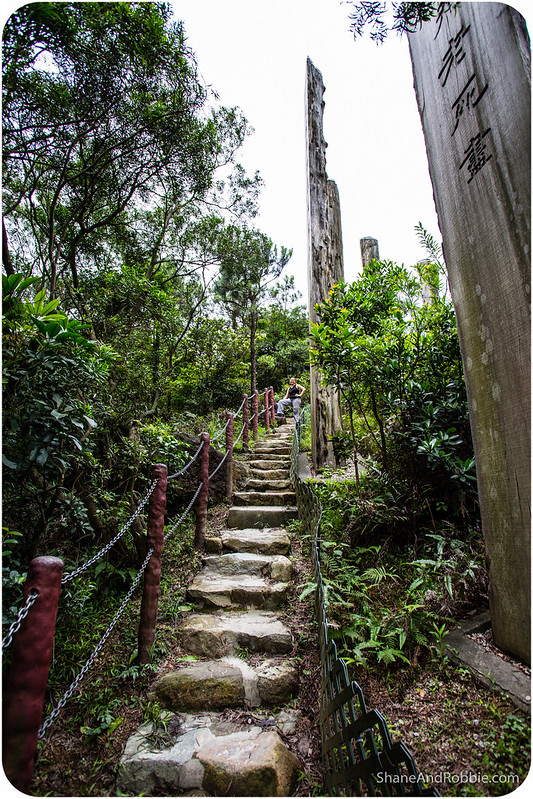 From there we walked some of the way up Lantau Peak, which, at 934m high, is the island’s highest mountain. We didn’t go all the way to the top because it was stupidly hot and humid. We did, however, get to enjoy a nice couple of hours walking along the Lantau Trail. The whole trail is about 70km long and crosses the entire island; we just did about 8km of it and then caught the bus back down to Tung Chung. 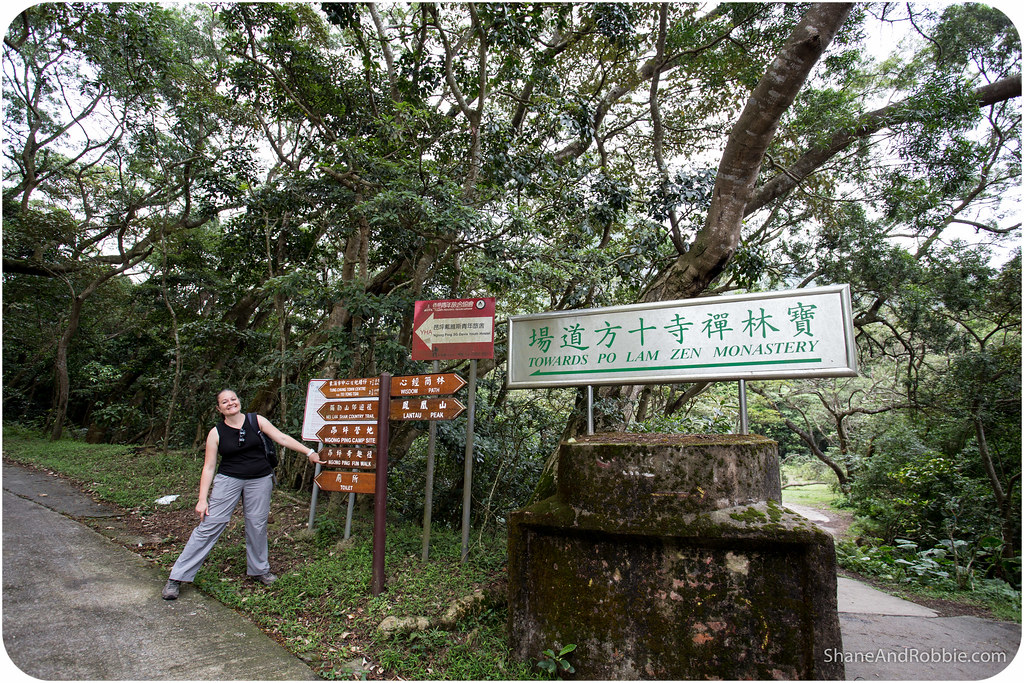 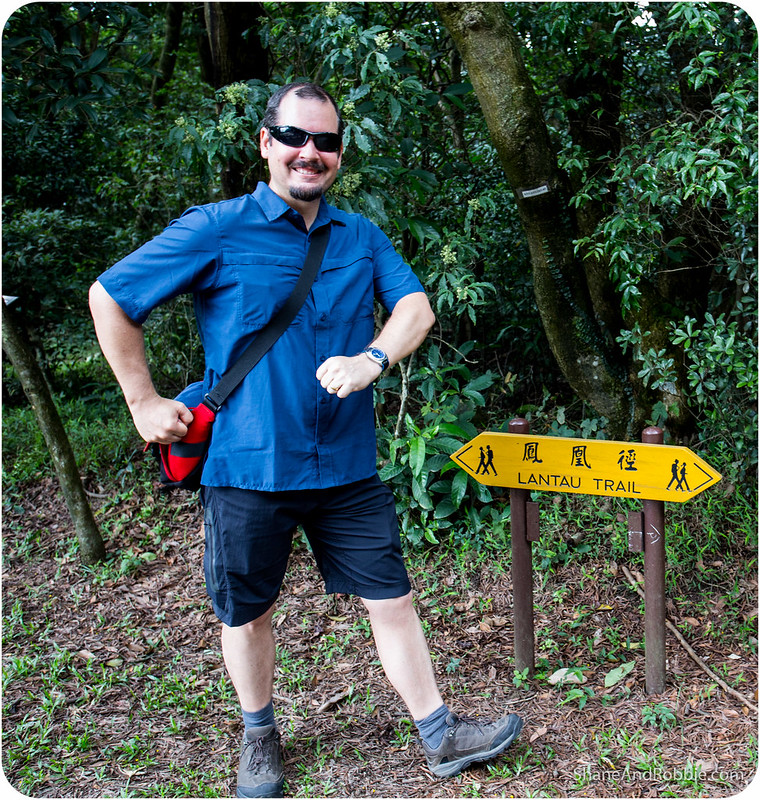 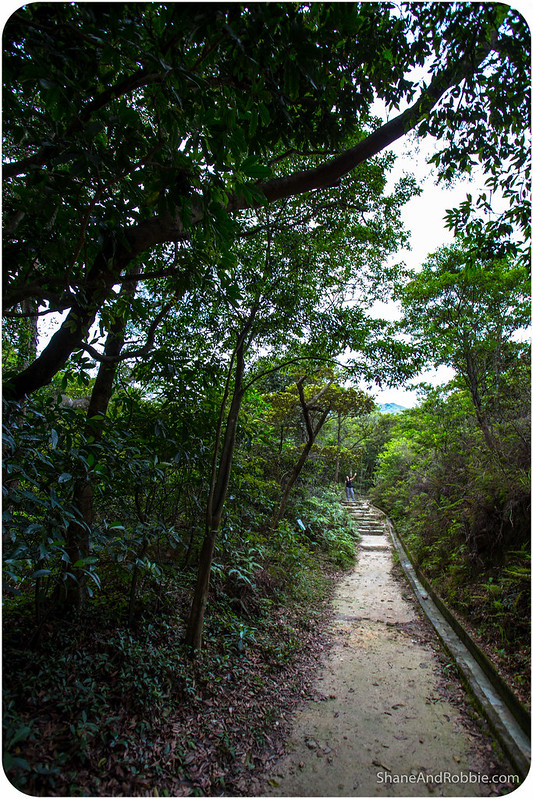 From Tung Chung it took just 30 minutes by metro for us to thrown back into the midst of a busy working day in central Hong Kong. The pace of life in this city is incredible – everyone walks so fast, they drive like maniacs and even the escalators go super-fast. Walking back to our hotel we marvelled at how different things were on Lantau Island, just a few kilometres away. We have loved the buzz and the vibe of Hong Kong and would happily come back for more, but it’s also been great to have a day of nature and serenity. Especially since tomorrow we leave Hong Kong for “mainland” China and goodness know how chaotic and busy THAT’s going to be! 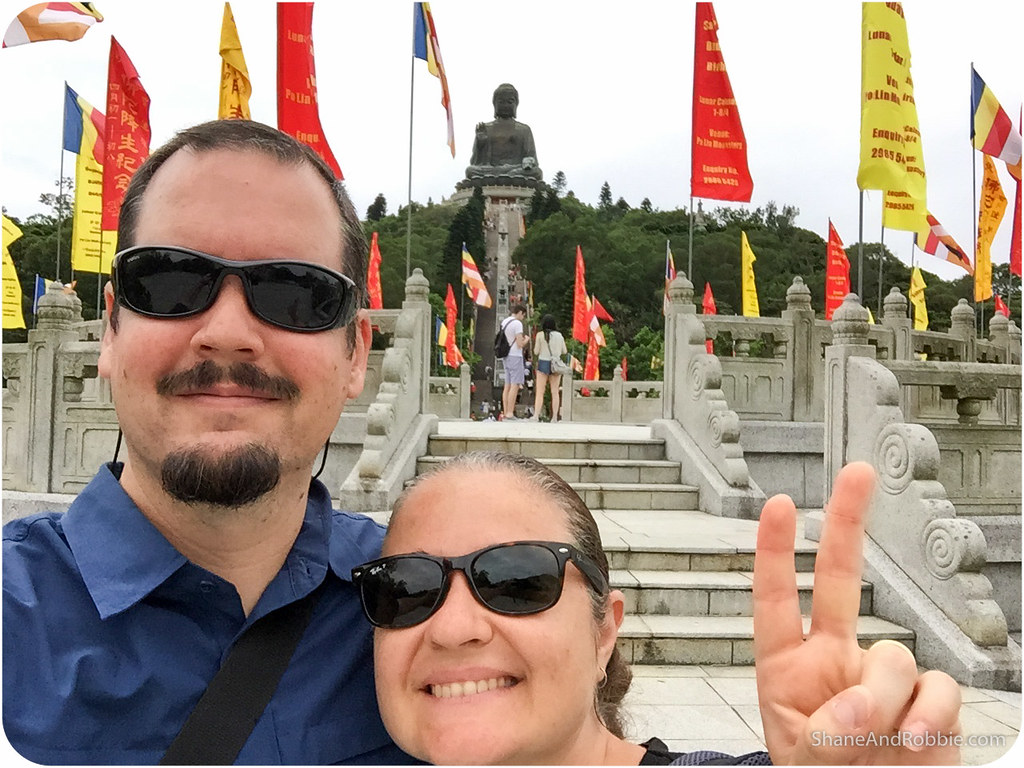