A SUNNY DAY AT THE BEIJING SUMMER PALACE

Beijing’s Summer Palace is a vast ensemble of lakes, gardens and halls about 50km west of the city. Traditionally used as the imperial family’s retreat during the warmer months, the Summer Palace spreads out across 600 acres and made for a (relatively) quiet outing for our last day in China. 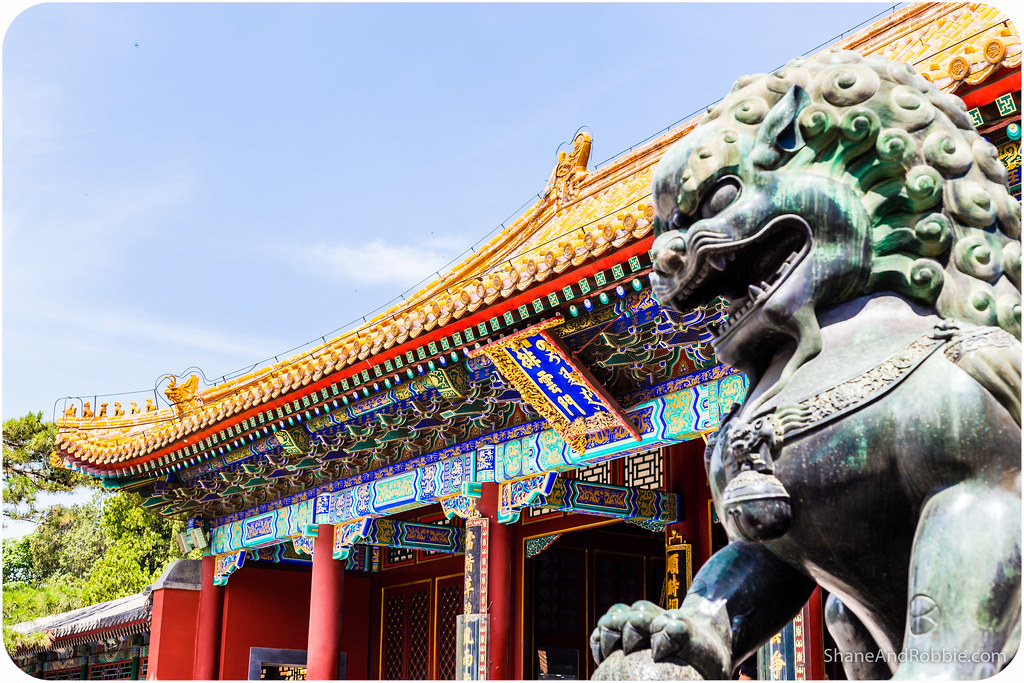 Originally built in the 15th century, the Summer Palace is a UNESCO World Heritage Site that attracts millions of tourists every year. It was certainly busy when we were there, but the size of the gardens meant we easily found a quiet spot to sit and enjoy some peace and serenity (not always an easy thing to find in China!). 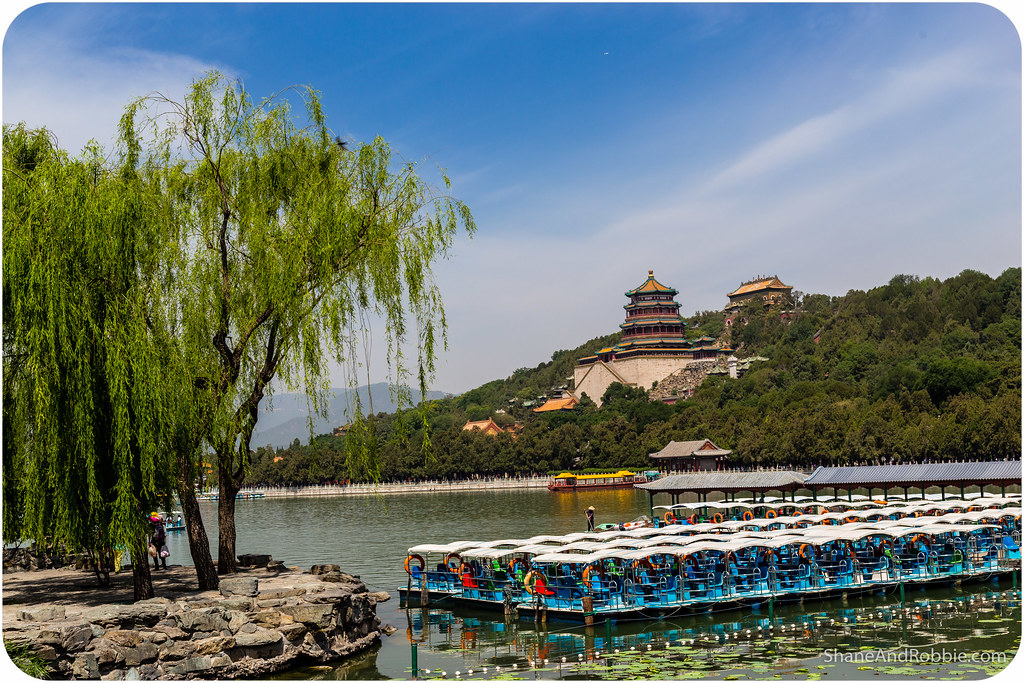 Central to the Summer Palace is the vast expanse of Kunming Lake. This man-made water body was today dotted with paddle boats and pleasure cruisers enjoying the views of the surrounding halls, bridges and gardens from the water. 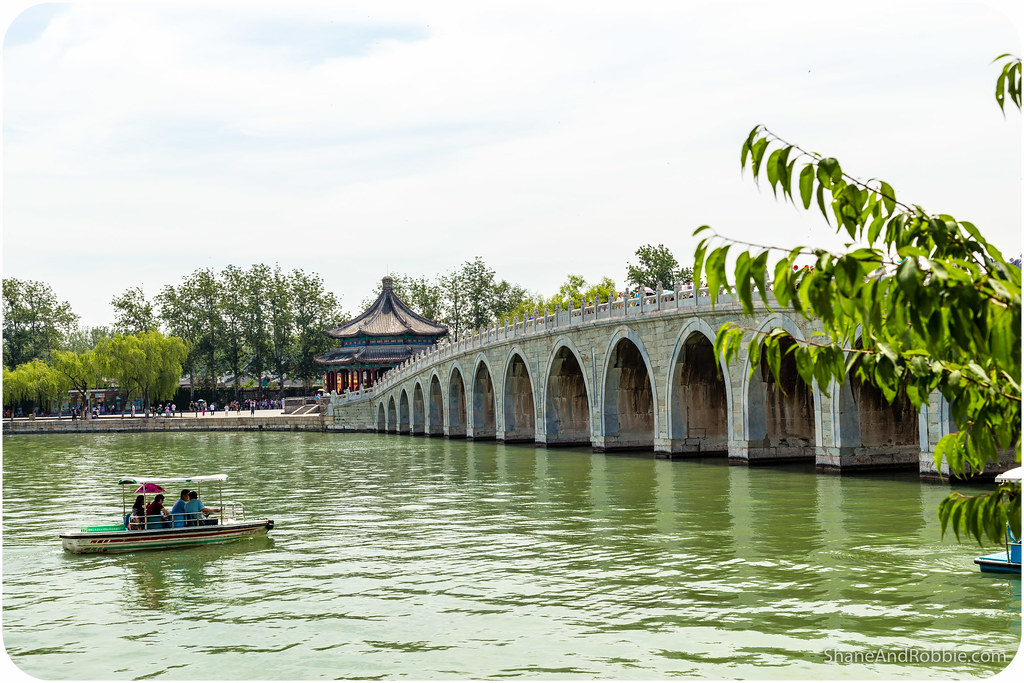 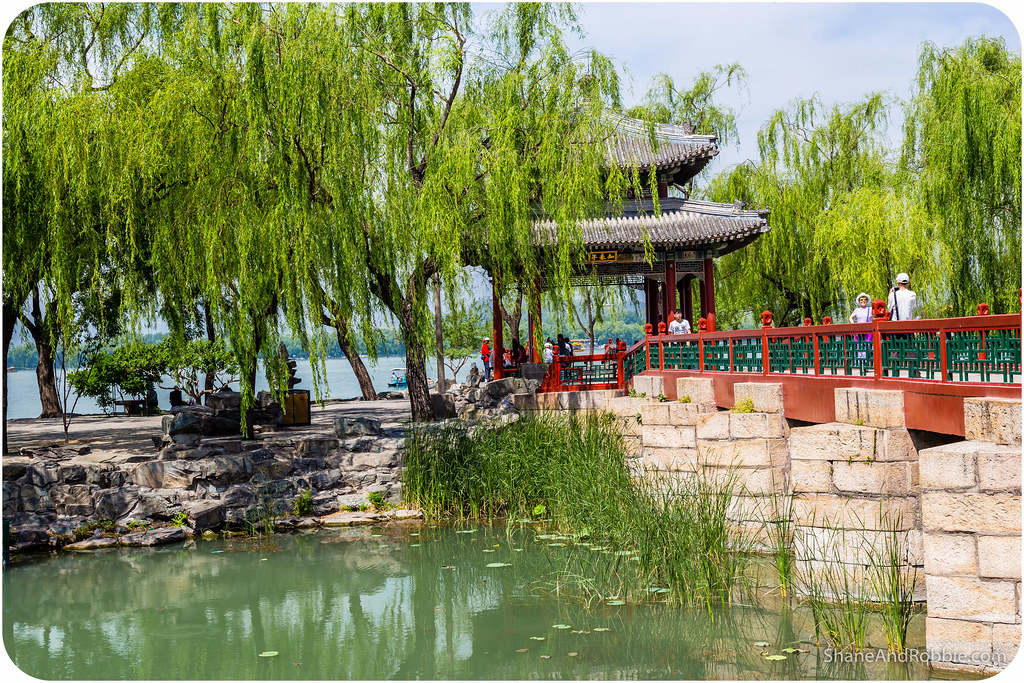 We also spent some time walking through some of the pavilions and halls of the Summer Palace, admiring the elaborate Chinese architecture and colourful decorative touches present on every surface. 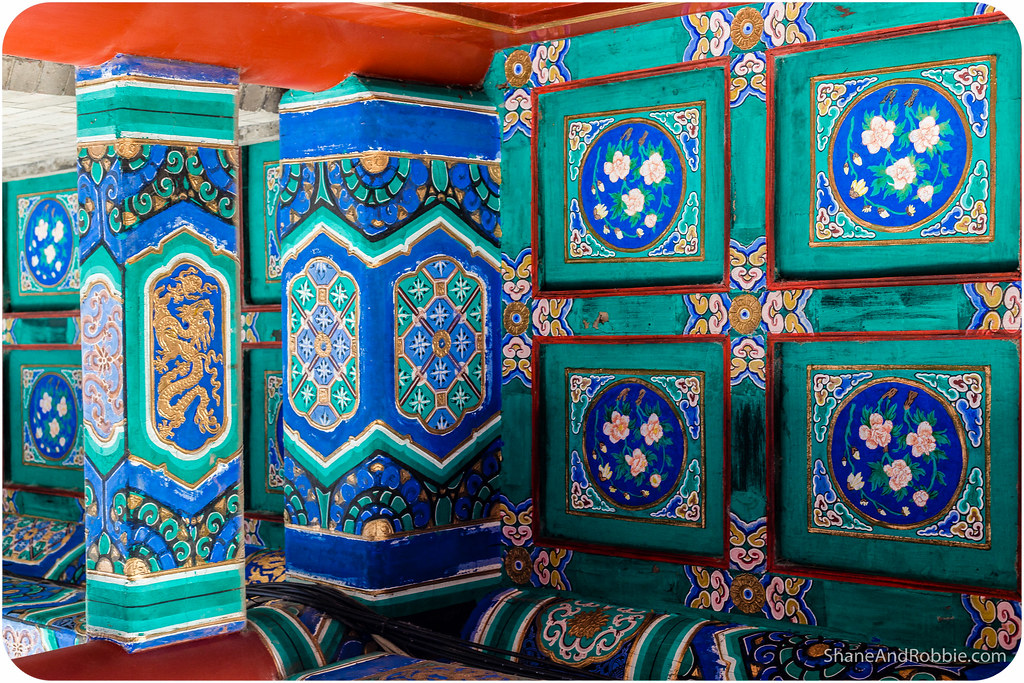 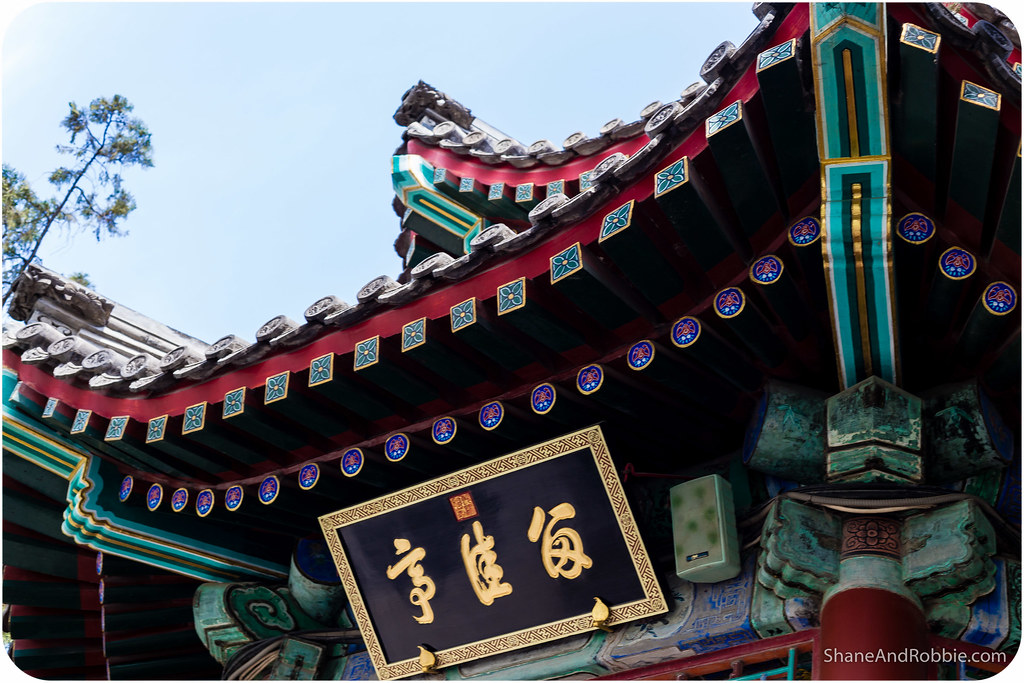 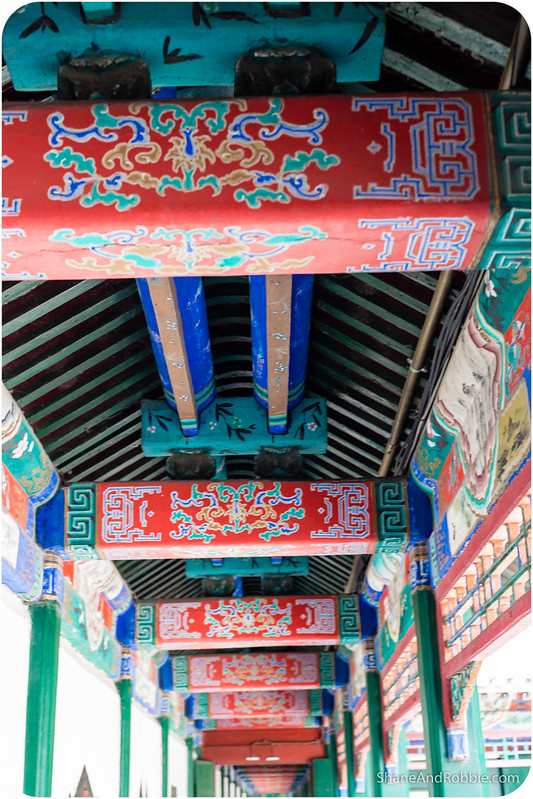 The Summer Palace underwent many restorations during its 600 years history, including an extensive renovation in 1749 at the behest of Emperor Qianlong. This vast expansion work was done in celebration of the 60th birthday of the emperor’s mother, the Empress Dowager Chongqing. Unfortunately Emperor’s Qianlong’s efforts were enjoyed by the imperial family for only 111 years as, in 1860, British and French troops burned the palace down at the end of the Opium Wars. 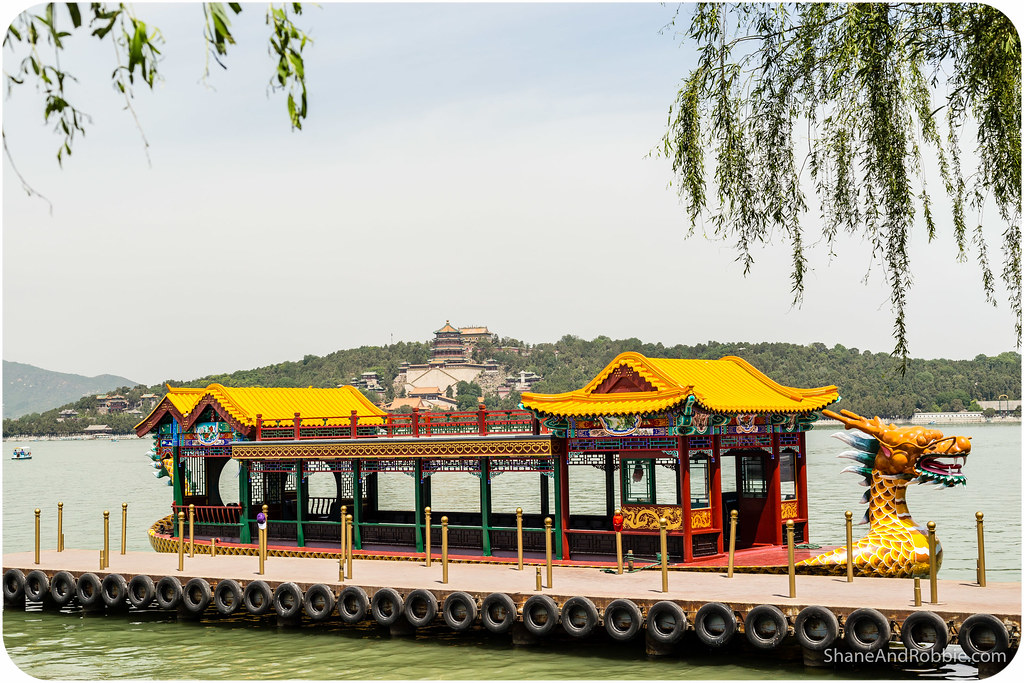 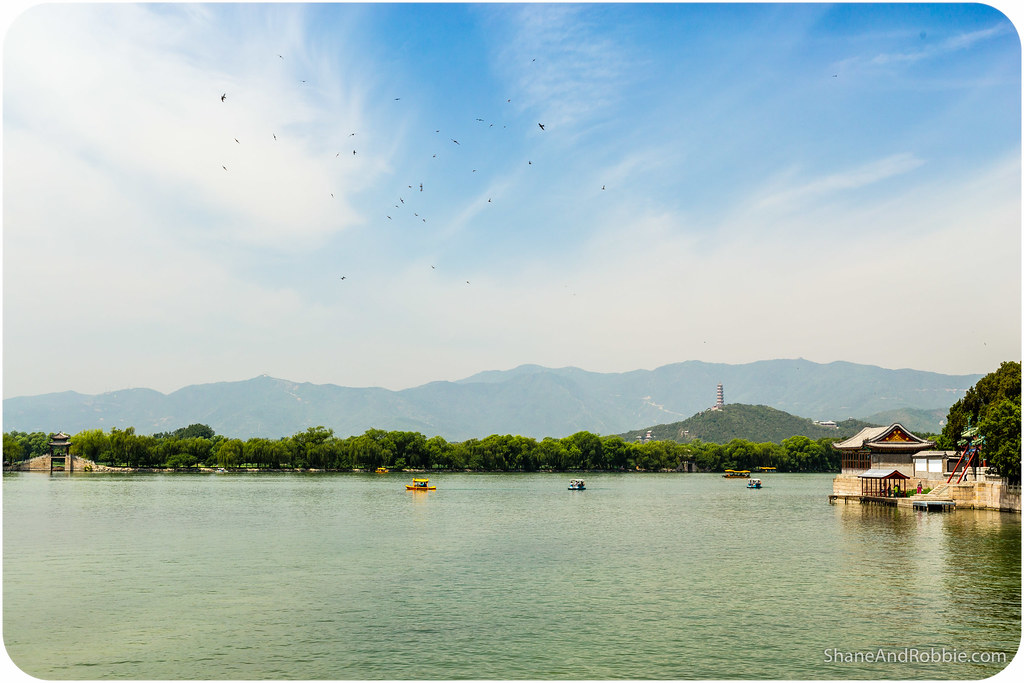 Cixi was the empress dowager of China from 1861 to her death in 1908. She effectively controlled the Chinese government for 47 years and is spoken of derisively by many Chinese as a power-grabbing “dragon lady” who over-stepped her authority and contravened the “natural order” of things by taking control of the empire. 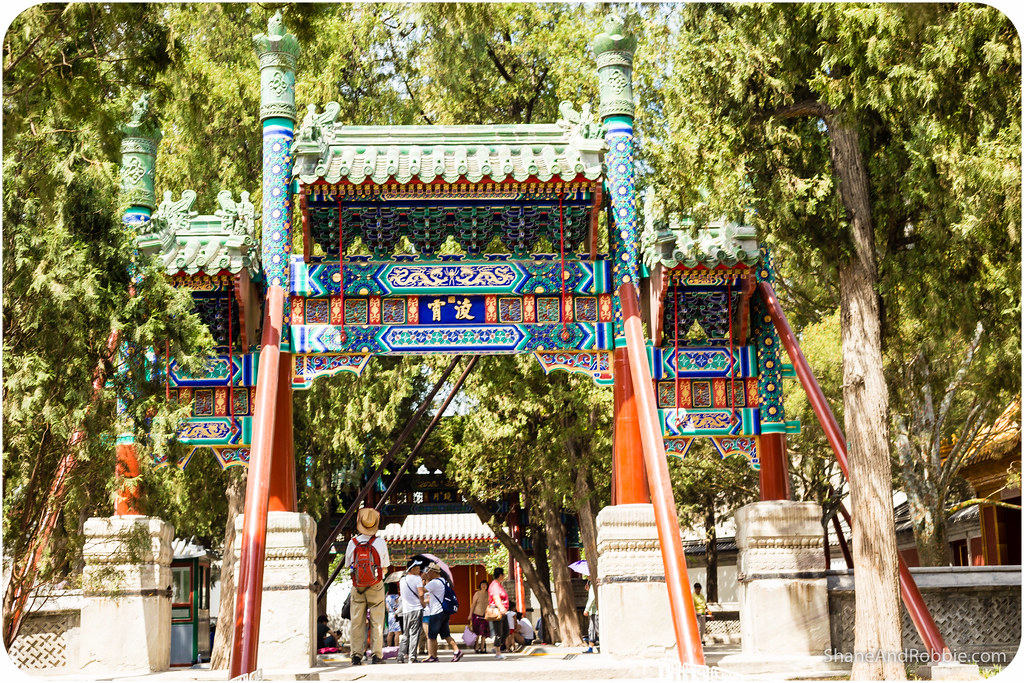 Selected as an imperial concubine for the Emperor Xianfeng in her adolescence, she gave birth to a son in 1856. With Xianfeng’s death in 1861 the young boy became the next emperor, and she became Empress Dowager. Cixi ousted a group of regents appointed by the late emperor and assumed regency. Cixi then consolidated control over the dynasty when, at the death of the her son, contrary to the dynastic rules of succession, she installed her nephew as the next ruler of China in 1875. By all accounts, her nephew (like her son before him), was no more than a puppet however, with Cixi being the true authority in China. 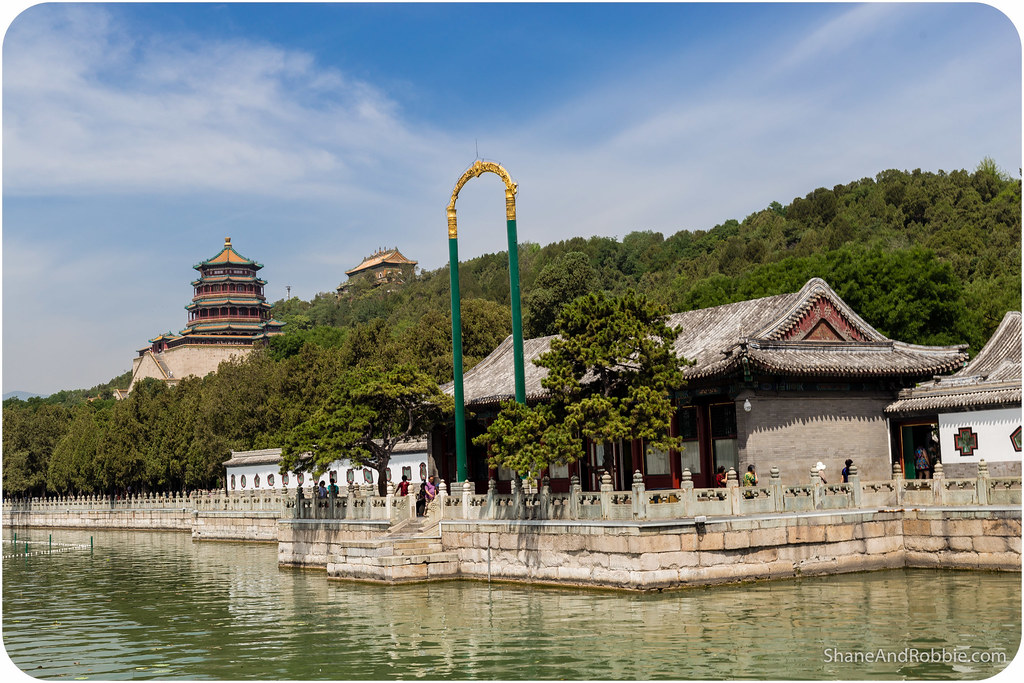 Although she refused to adopt Western models of government, she supported technological and military reforms and tried to bring China into the 20th century as a modern, industrialised nation. Her attempts at fostering change upset many of the established royal hierarchy, however, who labelled her a controlling, domineering force of evil. 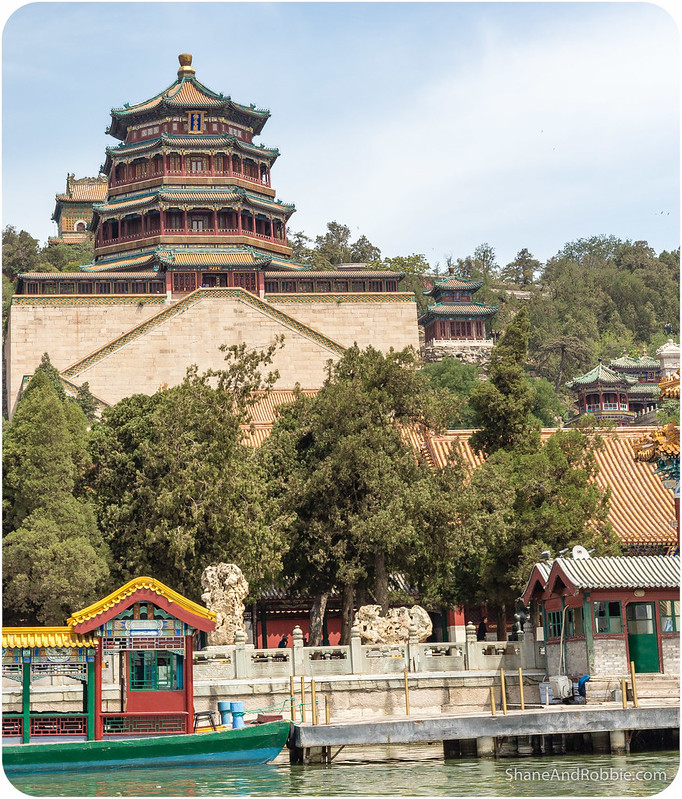 Unfortunately the establishments in ability to change and modernise ultimately resulted in the demise of the entire imperial system. In 1911, just 3 years after Empress Dowager Cixi’s death, the feudal system in China was overthrown and the Republic of China inaugurated. Here in China it seems she is popularly portrayed as a despot responsible for the fall of the dynasty, however we can’t help but wonder is Cixi just made a convenient scapegoat for the nation’s problems at the time. 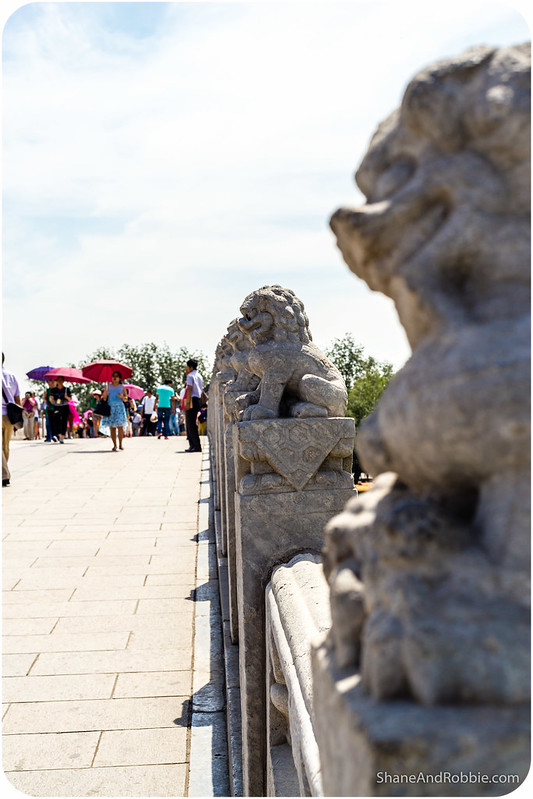 One thing is for sure, under the Empress Dowager Cixi’s (unofficial) rule, the Summer Palace was beautifully renovated. We got to enjoy the fruits of her labours and vision today, was we spent most of the day strolling through the gardens and relaxing in this green oasis.

Beijing is such a huge city, with so much traffic, noise and people everywhere that, after just 3 days here, we were already craving some peace and quiet! That made today’s outing to the Summer Palace just perfect. We had a great time enjoying the gardens and reminiscing over the experiences we’ve had and the things we’ve seen over the past month here in China. It really has been a fascinating experience, travelling through this immense country. We feel like we’ve barely scratched the surface though!