As wonderful as Bath was, we decided it was time to move on today, lest we get too comfortable and end up spending our entire 60 day British Isle sojourn there! Keen to see some of England’s neighbouring nation we caught the train across the “border”* to Cardiff, capital of Cymru (Welsh for Wales).

*Wales is a country with its own flag, government and rugby team which the locals vociferously assured us is sufficient evidence of being a proper nation. It’s also part of the United Kingdom (UK) however and once you’re in the UK, you’re in and crossing between Wales, England, Scotland and Northern Ireland doesn’t involve any further passport checks. The only way we knew we’d crossed into Wales was the change in signage from English to bilingual (Welsh/English).. 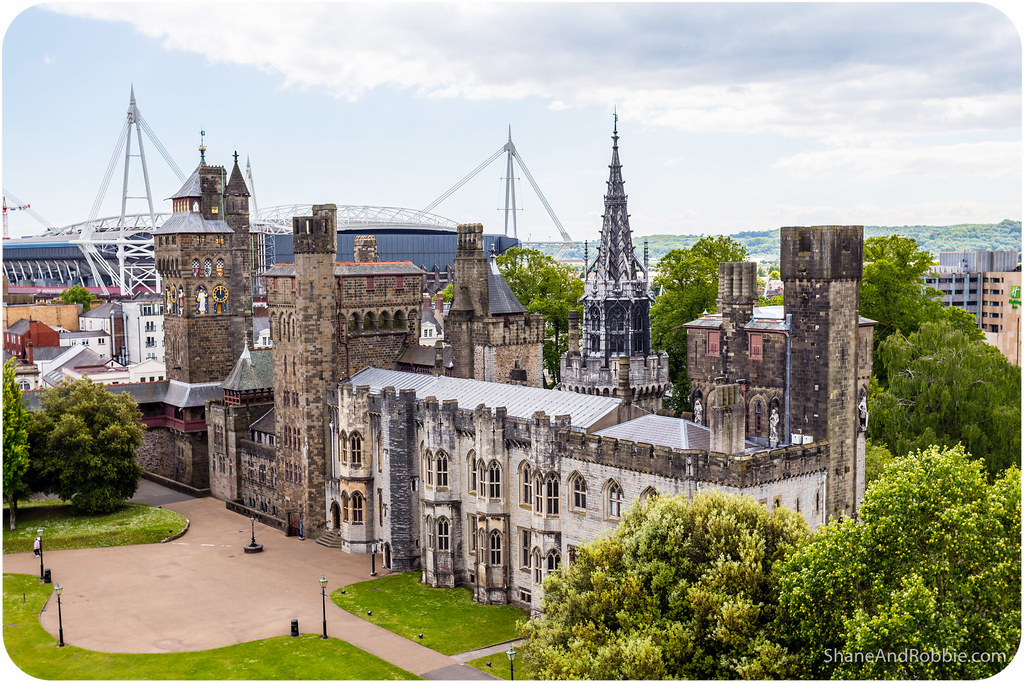 Cardiff is home to just over 1,000,000 people and is the nation’s commercial, cultural, and economic centre. A small town until the Welsh mining boom of the early 19th century, Cardiff rose to prominence as a major port for the transport of coal. Cardiff was made a city in 1905, and proclaimed the capital of Wales in 1955. We’re here for just 1 night, transiting through to the Welsh countryside to see some of this mountainous country’s wilderness. From what we’ve seen it’s not a bad place to spend a day, especially under sunny blue skies! 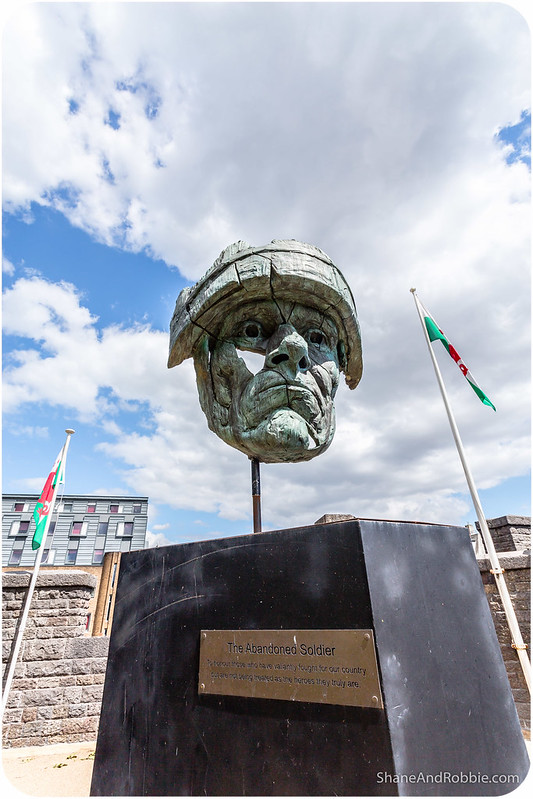 We started our explorations in the Queen Street Mall, which is just on our doorstep. The mall itself is cute enough for a modern shopping street, but the thing that really got our attention was the hairdresser we passed on our search for lunch. We’ve been on the road 2 months now and both of us are starting to look a bit shaggy around the edges, so the sign advertising for discounted haircuts on Mondays stopped us in our tracks. You may notice we look a tad more fabulous now… 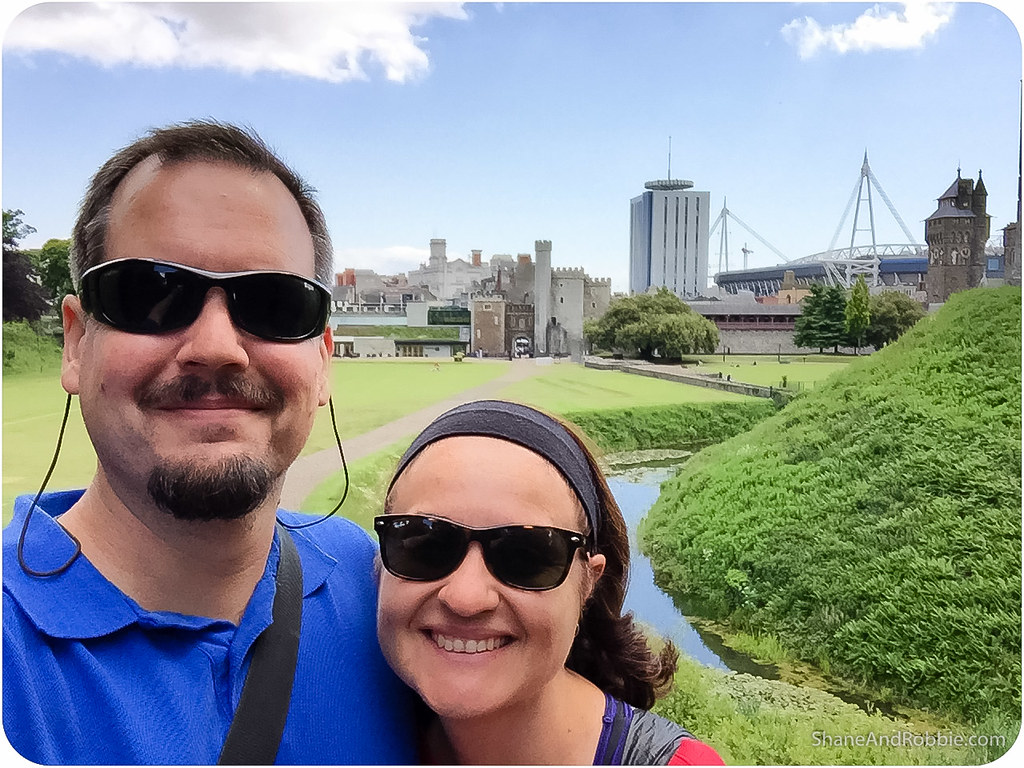 We were really intrigued to find out more about this small nation (population of Wales: about 3,100,000), tucked away on the western coast of Britain, and so headed out to the National Museum of Wales as soon as we arrived in Cardiff today. Here we learnt how the Welsh national identity emerged among the Celtic Britons after the Roman withdrawal from Britain in the 5th century, and how Wales was a self-governing kingdom for centuries before being annexed by England in 1535.

Despite its centuries of governance by England, the Welsh seem to have retained a strong sense of cultural identity, separate to that of the English. Even the Welsh name for themselves, Cymry, means “countrymen” and is believed to come from the Welsh perception of themselves as Celtic compatriots of the “Men of the North” (i.e. Scotsmen), different from other peoples of Britain.

We learnt that, along with Ireland, Scotland, the Isle of Man and Brittany (in France), Wales is one of the few remaining Celtic regions in the world; and the Welsh language is one of the few Celtic languages still spoken today*. We’ve been trying to get our brains, tongues and ears around the sounds of Welsh, but so far comprehension has eluded us. Luckily everyone here also speaks English though, so we haven’t had any communication issues (sometimes the local Welsh accent requires a little deciphering however)!

*We found out that all children in Wales learn Welsh in school as a second language and some schools actually teach the entire curriculum in Welsh with English taught as the second language.

The other interesting piece of information we gleaned today is that the title “Prince of Wales” (conferred on the heir apparent to the British throne) has nothing to do with actual Wales! The Prince of Wales has no territorial right nor governmental role in Wales. Bloody confusing really. Far less confusing was our visit to Cardiff Castle, the city’s most popular tourist site. 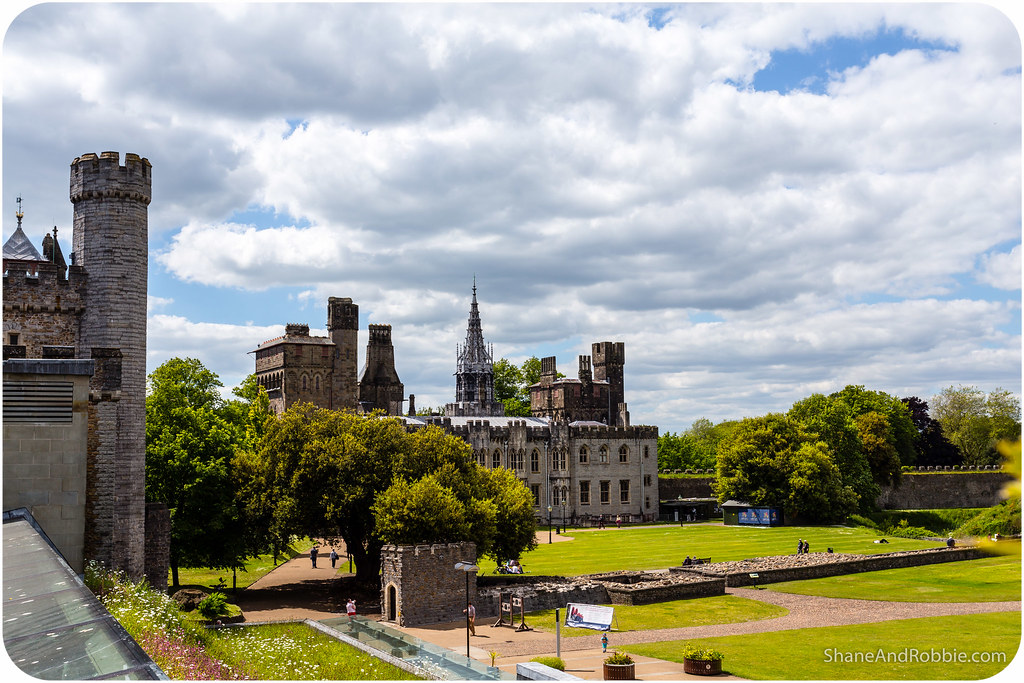 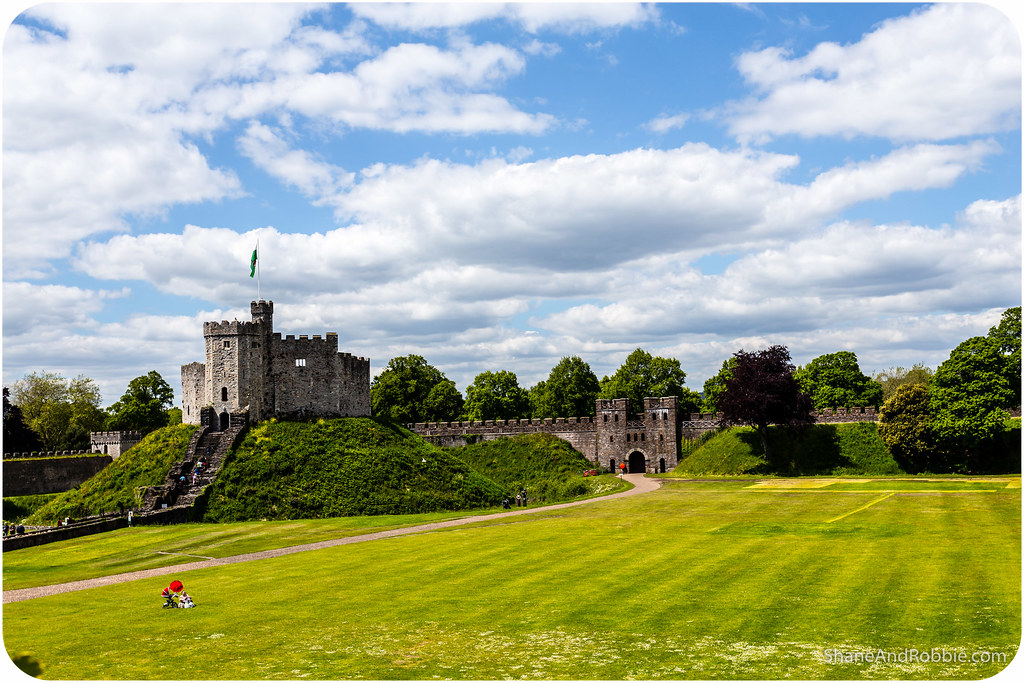 Cardiff Castle (Welsh: Castell Caerdydd) is right in the centre of the city and consists of a large walled estate encompassing a medieval castle and a Victorian mansion. The original castle was built in the late 11th century on top of a much older Roman fort. The castle was commissioned by William the Conqueror and formed the heart of the medieval town of Cardiff. 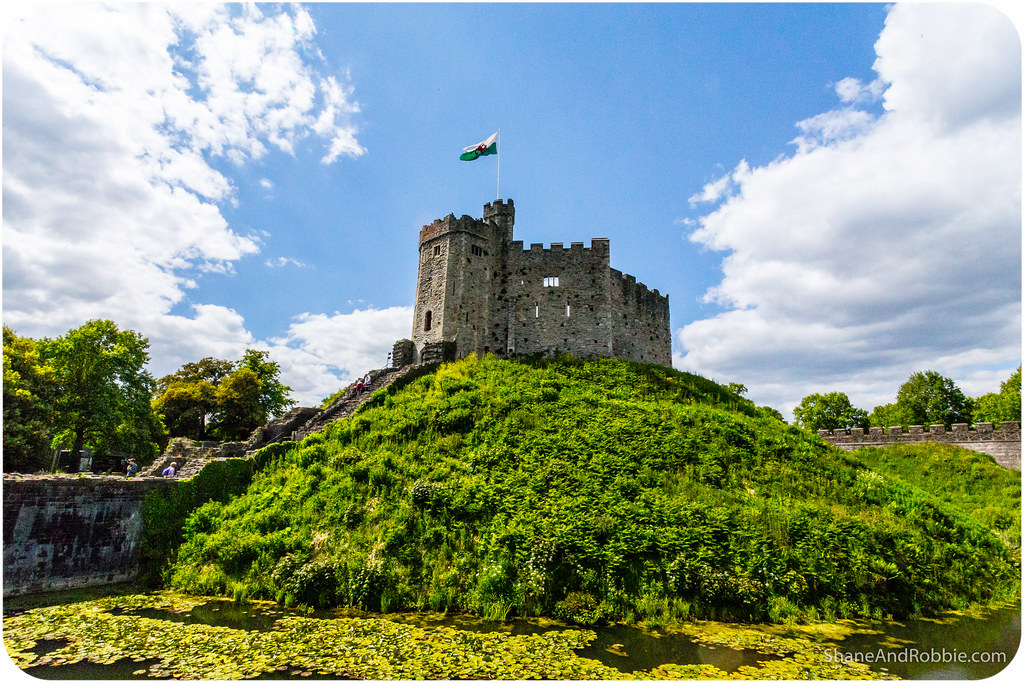 After being held by various families, Cardiff Castle passed into the hands of the Marquesses of Bute in 1753. The Butes became extremely wealthy as a result of the booming coal industry and, in the 1800’s, lavished money on extensively refurbishing Cardiff Castle. They had the Victorian mansion built as their primary residence, renovated the original medieval castle and landscaped the gardens. 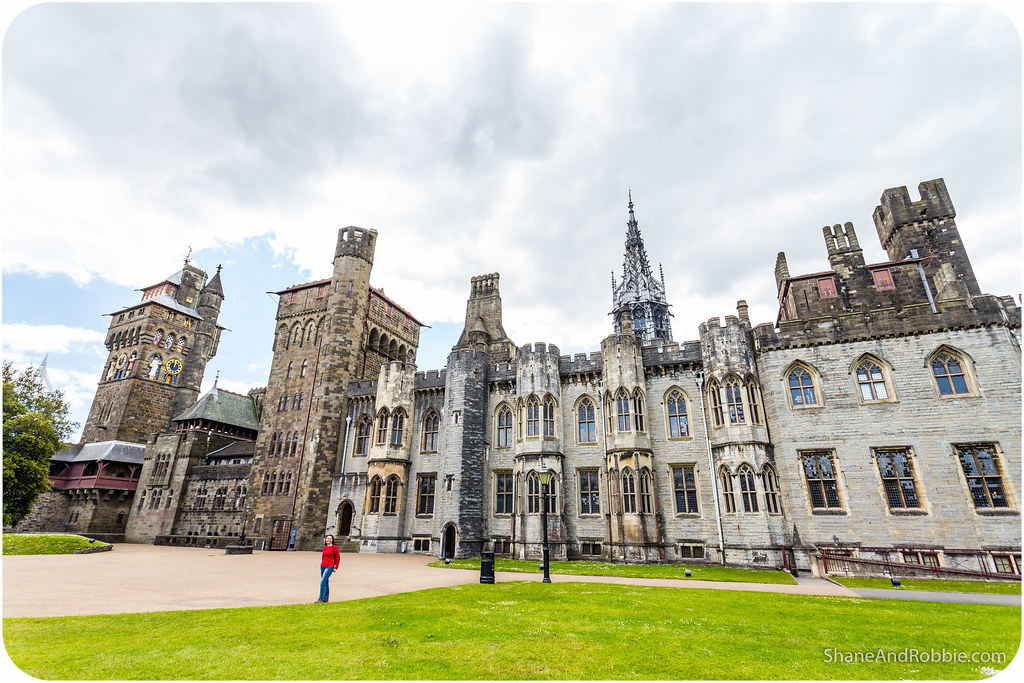 During the early 20th century the Bute lands and commercial interests around Cardiff were sold off or nationalised until, by the Second World War, little was left except the castle. When the 4th Marquess of Bute died in 1947 the castle was given to the City of Cardiff who have maintained the castle and open it up for tourists like us to poke around in and explore. 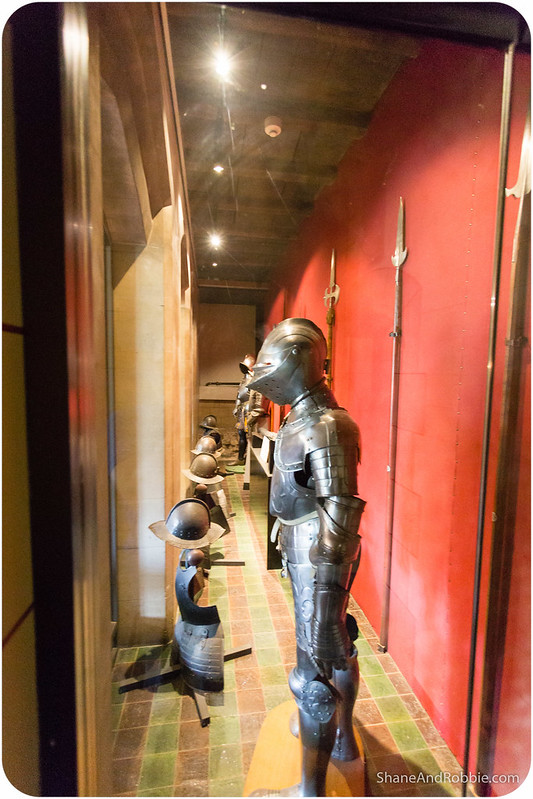 The Victorian mansion was nice enough, with its opulently decorated rooms and Gothic Revival decorations. 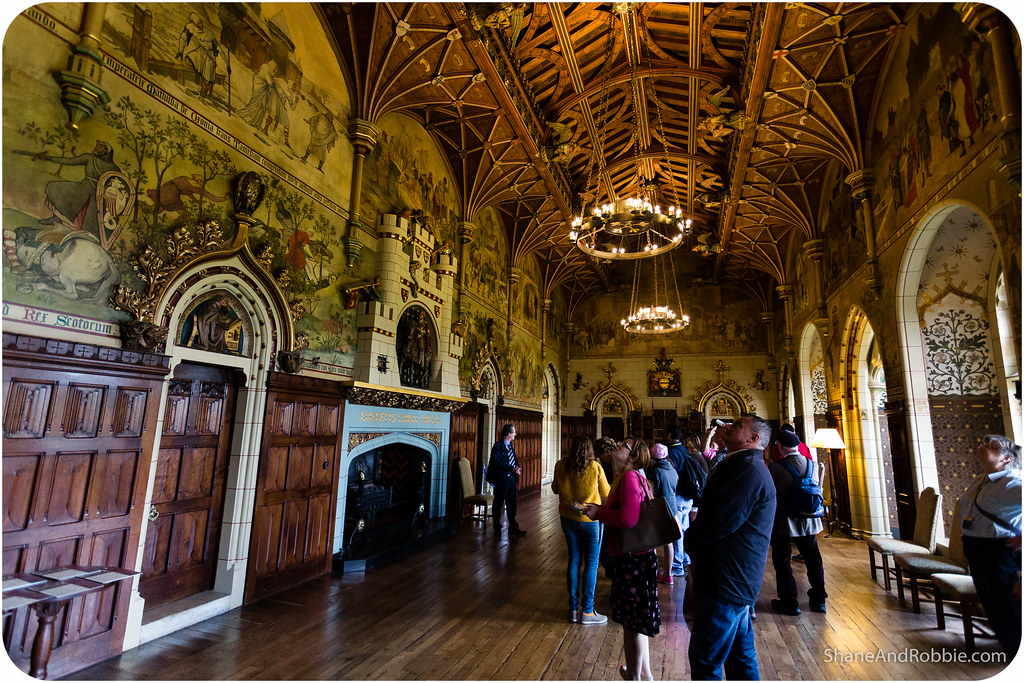 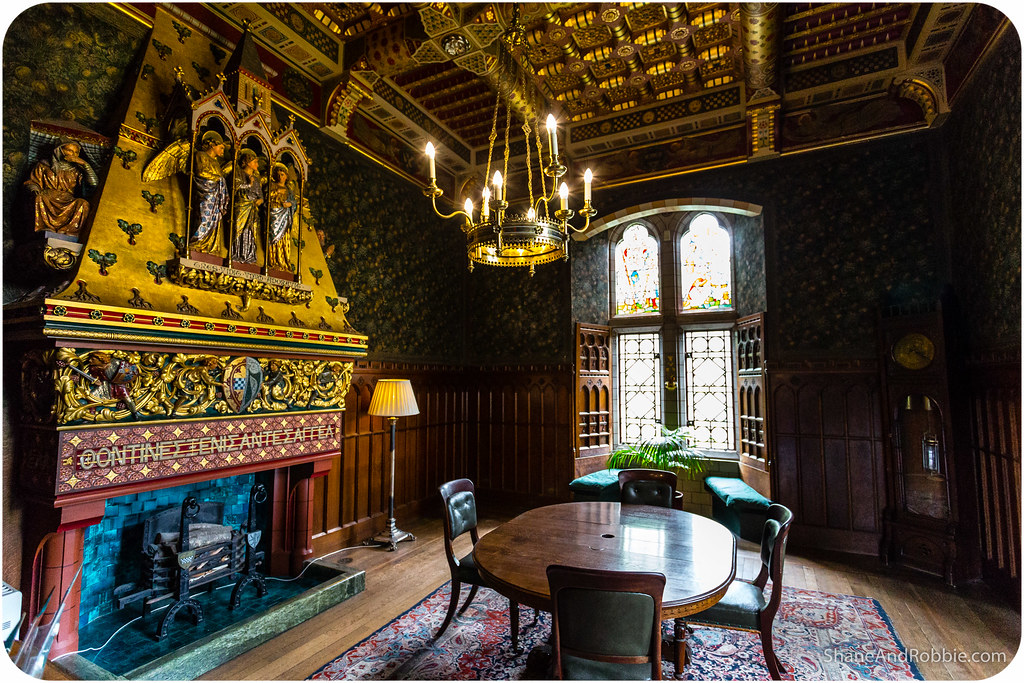 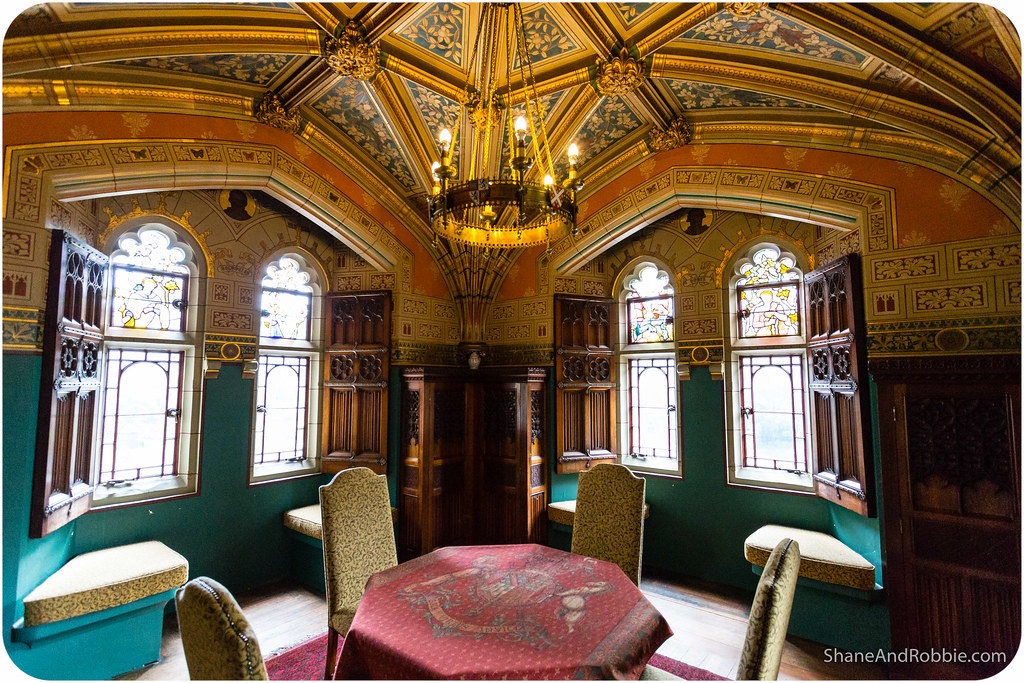 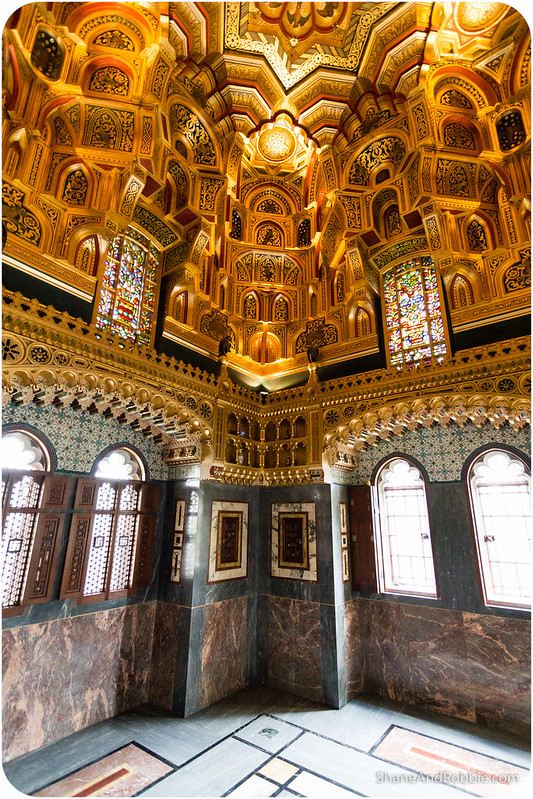 It was the medieval fortification that really got us excited though. Though small, the original Cardiff Castle looks just like a castle should: thick stone walls, defensive battlements, and tiny windows. Castles are so cool! 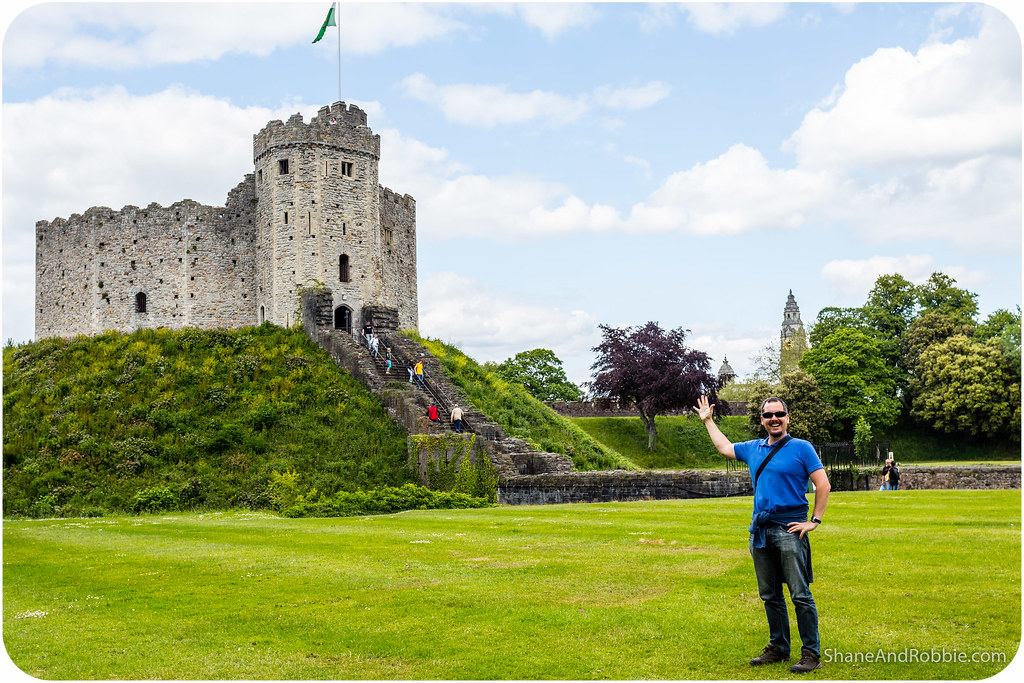 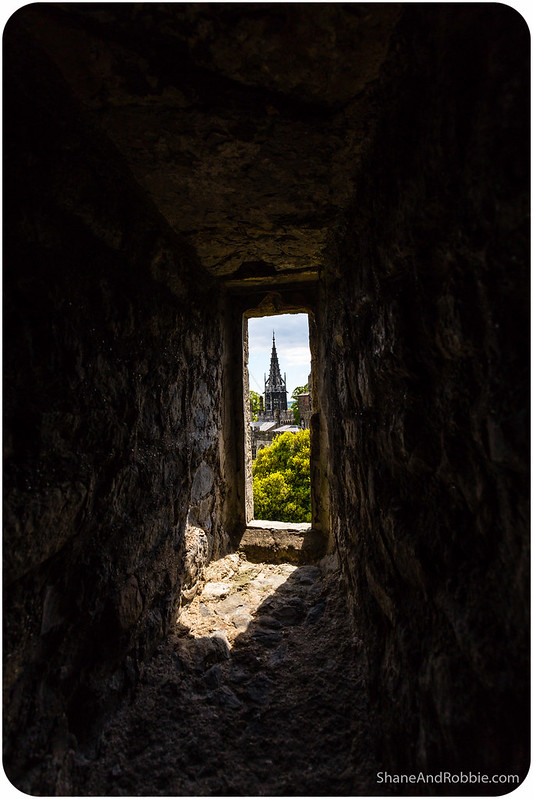 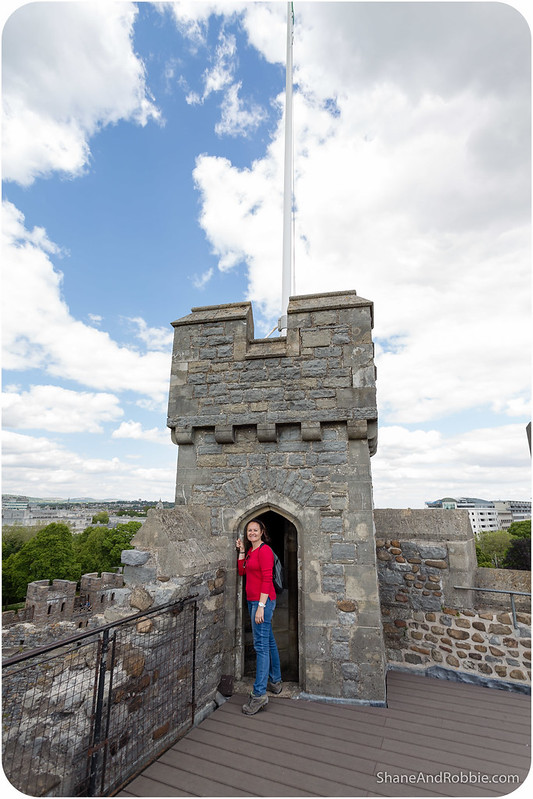 And now, having finished our explorations of Cardiff Castle and the city centre, we’re back in our hotel room relaxing and pondering what Welsh delicacies we might enjoy for dinner. Maybe some delectable Welsh lamb? We’ll definitely be having some Welsh cakes* for dessert though, that’s for sure. For now though, we bid you all hwyl fawr!

*We discovered these typically Welsh biscuit/cake thingies today at the Cardiff Markets and are big fans already. 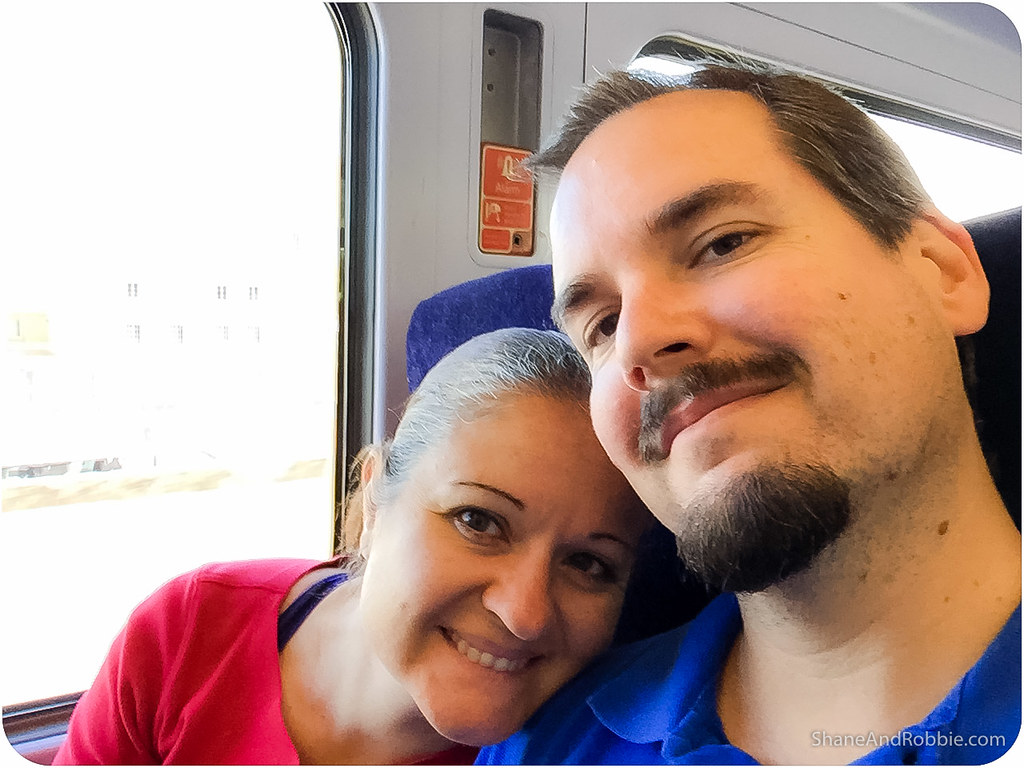