HAVING A WALES OF A TIME!
We found out today that hugely popular boy band “One Direction” are playing in Cardiff this week. That was enough to make us head straight for the hills – literally! We left the city behind today bound for the Brecon Beacons and some of Wales’ best scenery. See for yourself…. 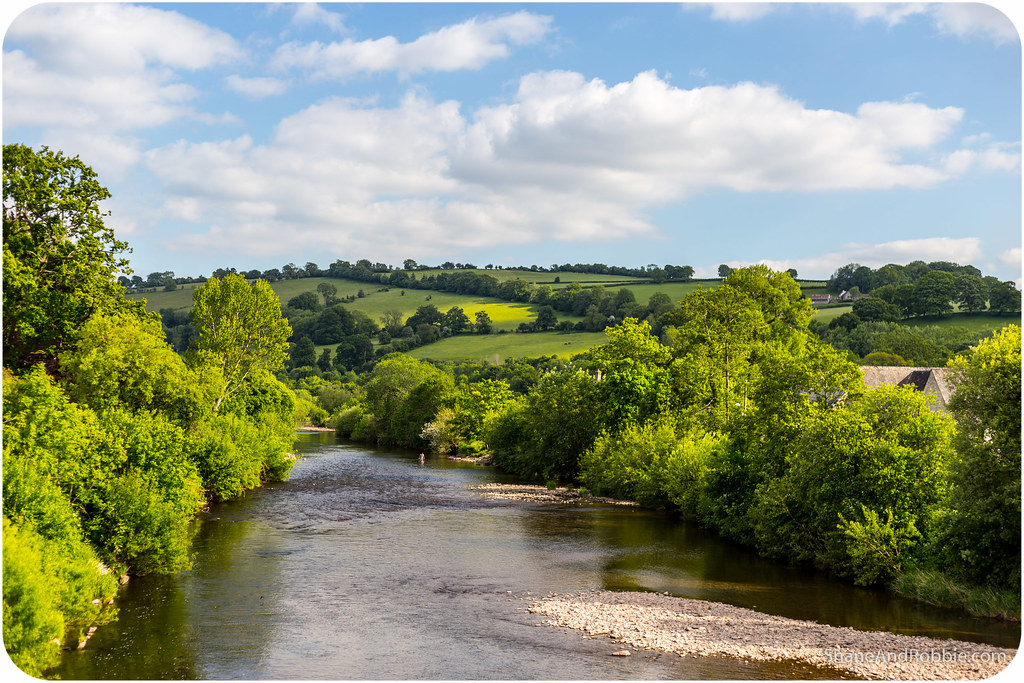 The Brecon Beacons are a series of mountains in south Wales and include the highest peak in Wales, Pen-y-Fan (886m). The area is a national park and a popular destination for hikers, mountain bikers, tourists looking for a quiet spot to enjoy some R&R, and sheep enthusiasts*. We fit into at least 2 of those categories, and so here we are!
*Wales is very green but the top soil here is thin and not as fertile as a few miles east, in England. This means farming crops here isn’t easy; instead sheep and dairy farms abound. It makes for some very pretty scenery, with white wooly sheep dotted across the rolling green hills. 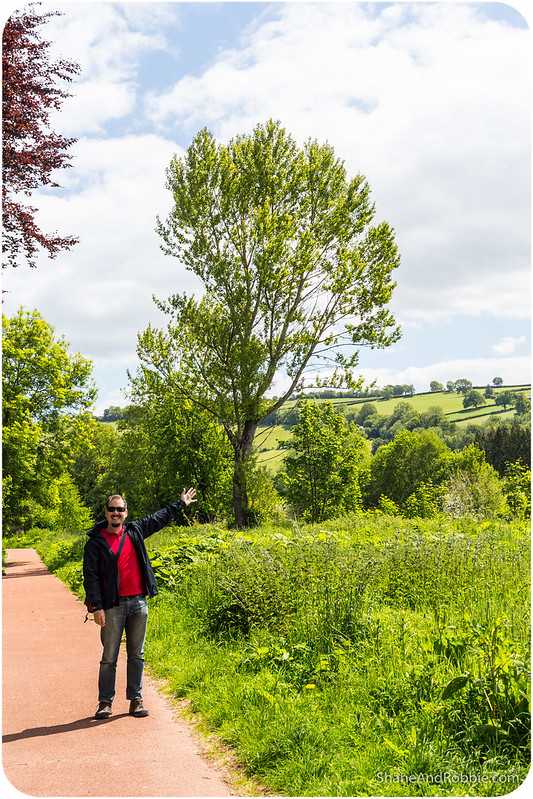 The Brecon Beacons are named after the ancient practice of lighting signal fires (beacons) on the mountains to warn of attacks by invaders. This area was a Roman stronghold in the 1st century, and during the Norman conquest of Wales and southern England, numerous forts and castles were erected in the region. The only imminent invasion to be wary of today is the influx of families flocking here during the summer school holidays (which, luckily for us, doesn’t start for another month). 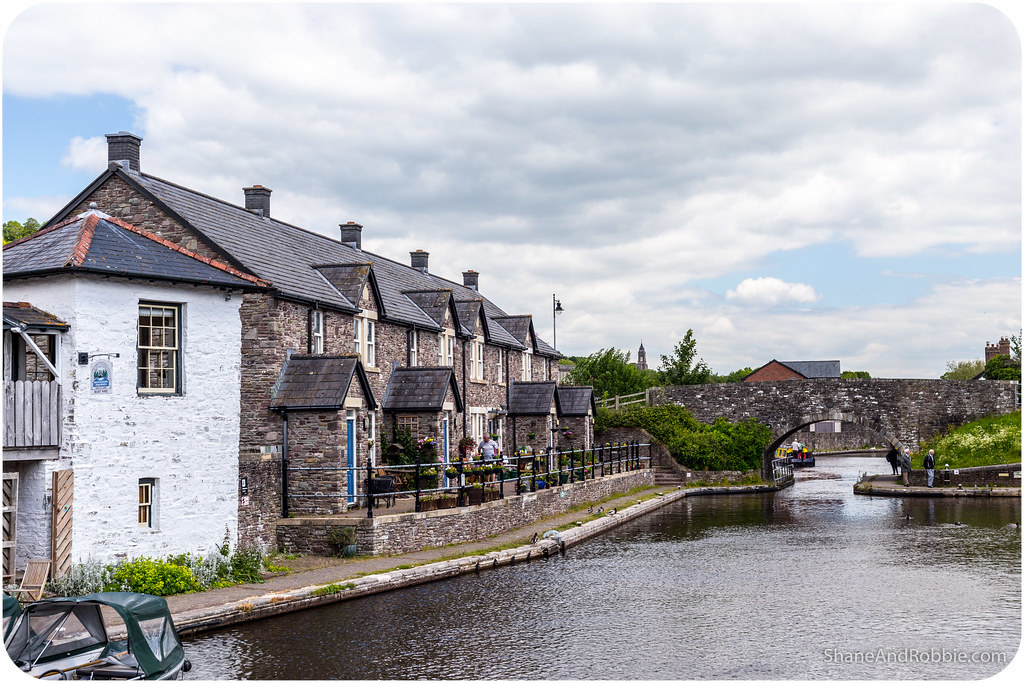 Most of the Brecon Beacons National Park is bare, grassy moorland grazed by Welsh mountain ponies and sheep, with scattered forestry plantations in the valleys. It is quite a stark landscape at times, but dramatically beautiful. We were captivated by the scenery as the bus* wound its way up here from Cardiff.
*There are no trains up here in the Beacons – just buses, cars, and ponies. 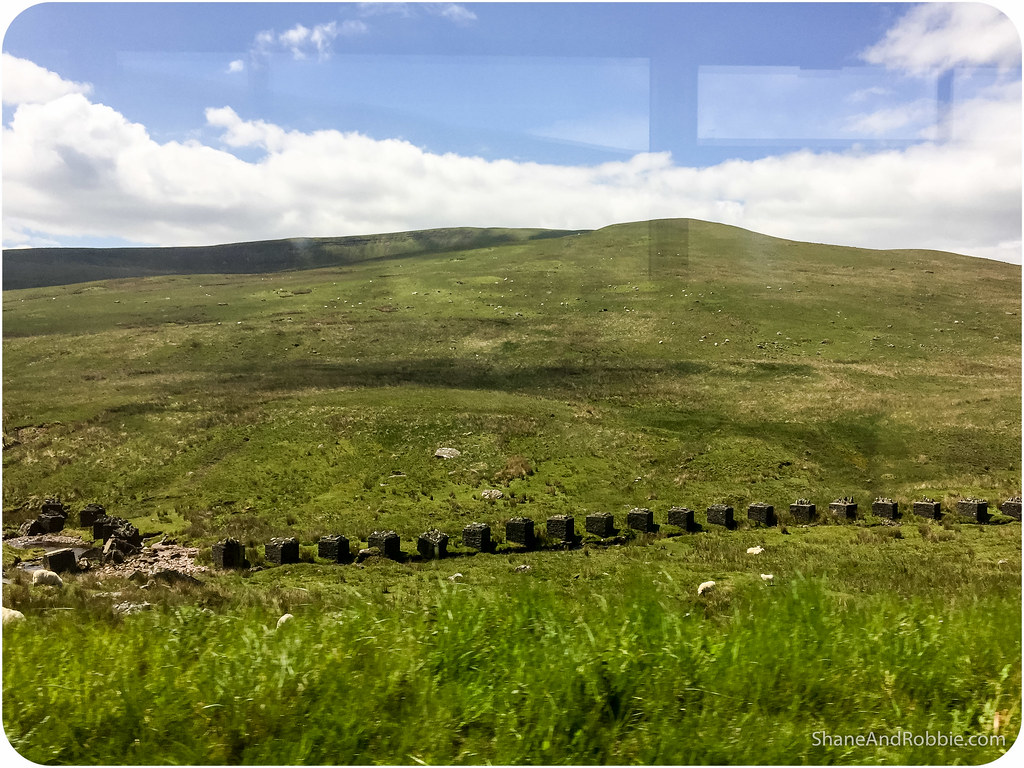 We’re staying in Brecon town while we’re here; this small community of 8,000 is made up mostly of farmers and is seriously cute. Surrounded by meadows and pastures, and sandwiched between the River Honddu and the River Usk*, Brecon also affords great views across to the Brecon Beacon mountain range.
*The Welsh name for Brecon town, Aberhonddu, means “at the mouth of the Honddu”. 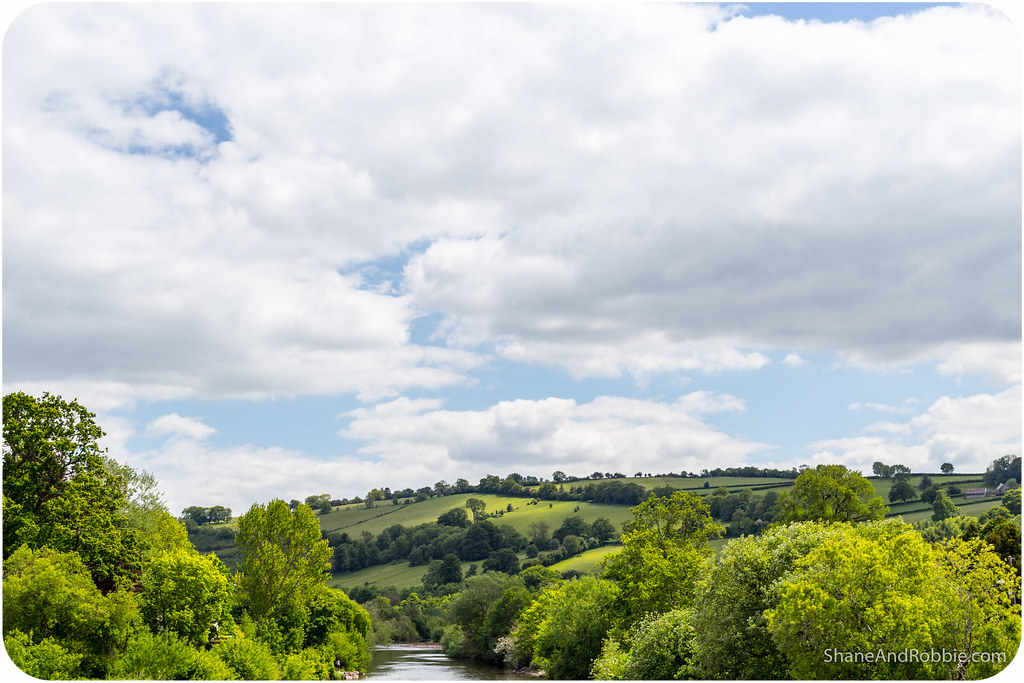 We arrived in Brecon around lunch time today and immediately set about exploring our new home town, starting (of course) with the castle. Built in the 11th century, Brecon Castle is small but well preserved. The confluence of the Rivers Honddu and Usk made for a valuable defensive position for the Norman castle which overlooks the town. 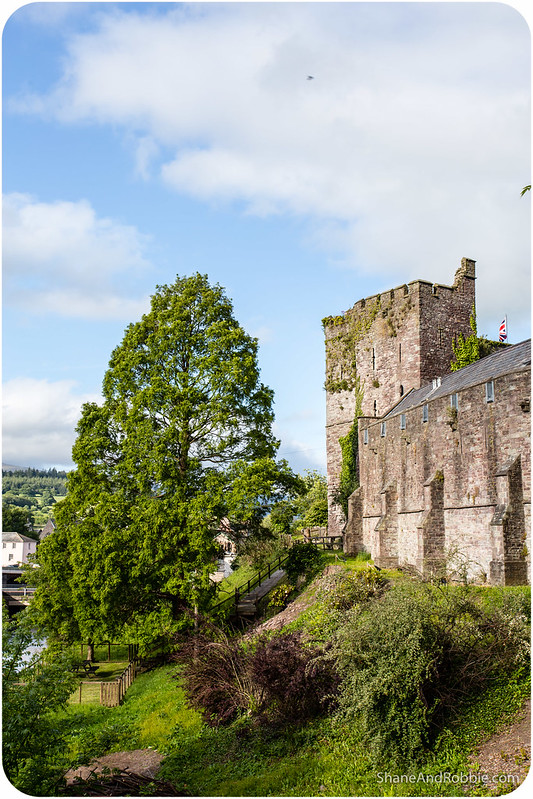 About 250m north of the castle stands Brecon Cathedral, a fairly modest building compared to many cathedrals. More impressive was the 16th century St Mary’s Church, which we stumbled across whilst exploring the streets of Brecon. 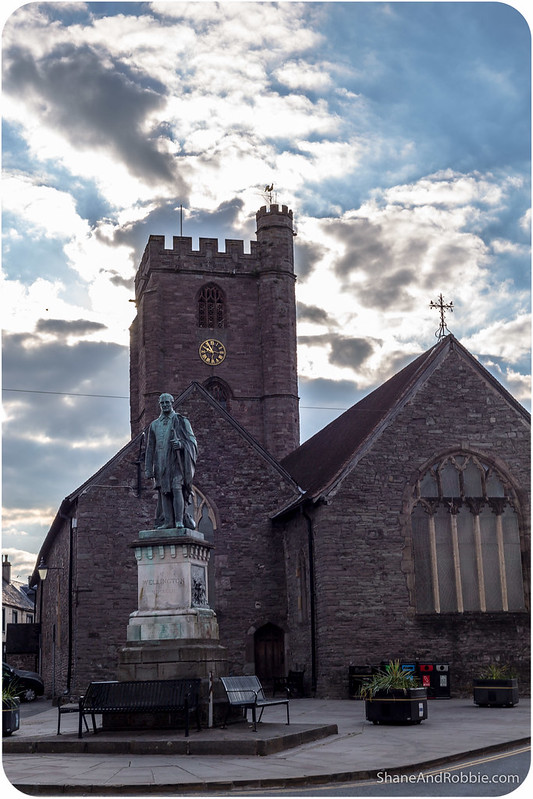 Brecon is not that big, so within an hour we’d seen pretty much the whole town. 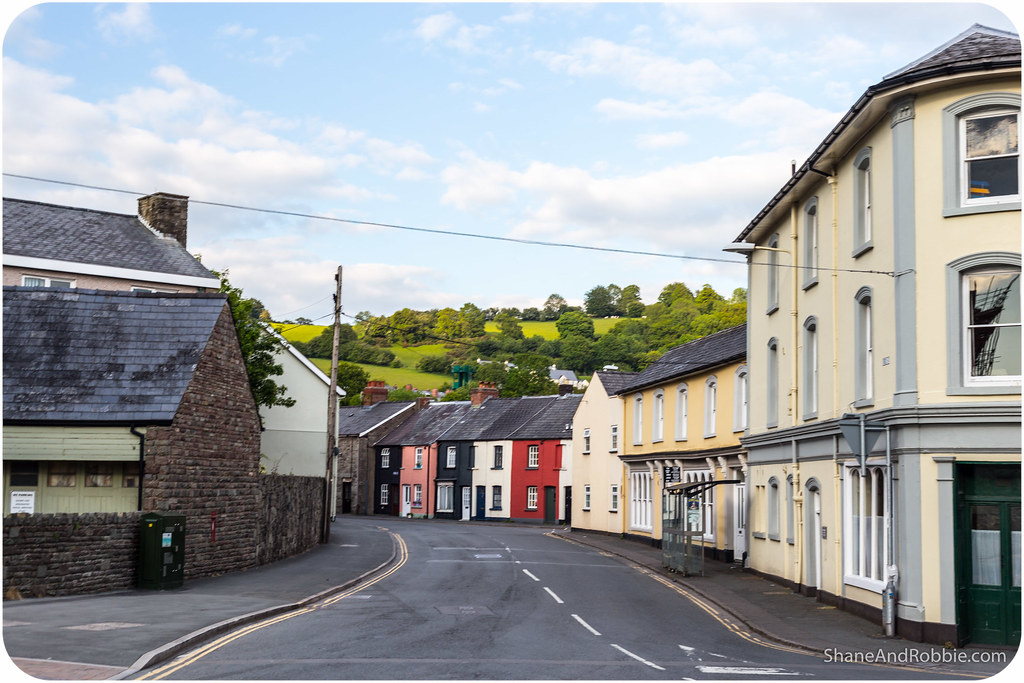 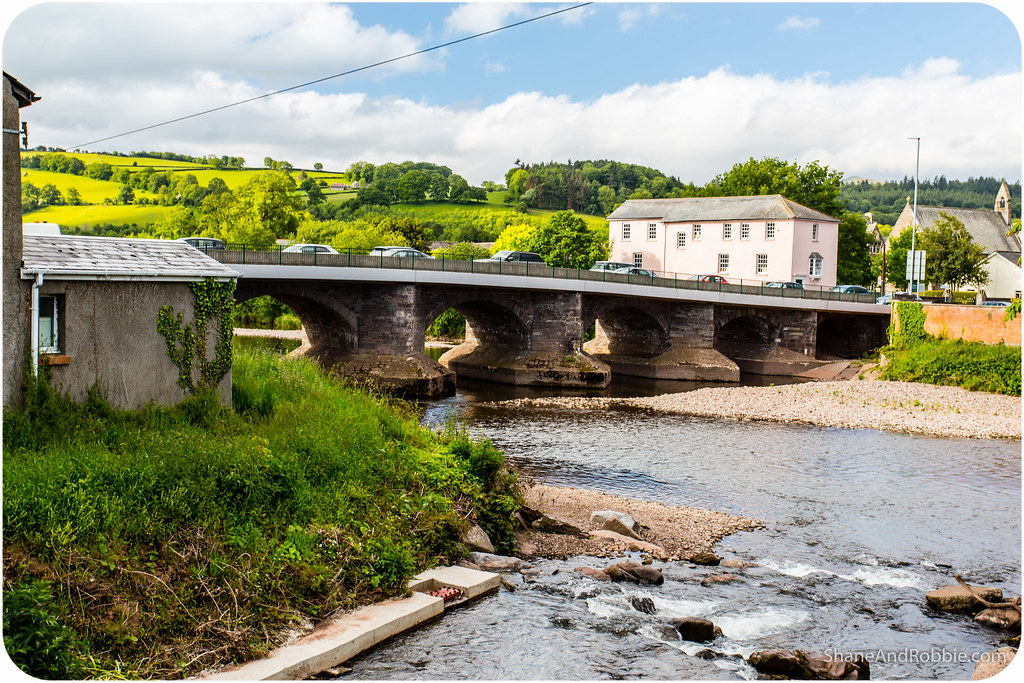 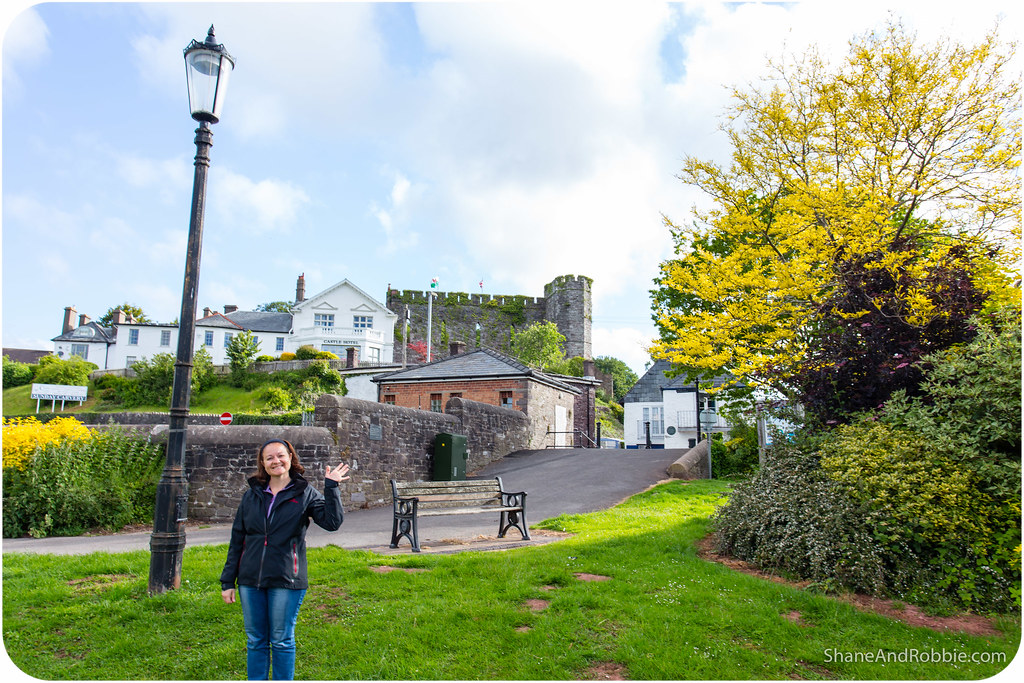 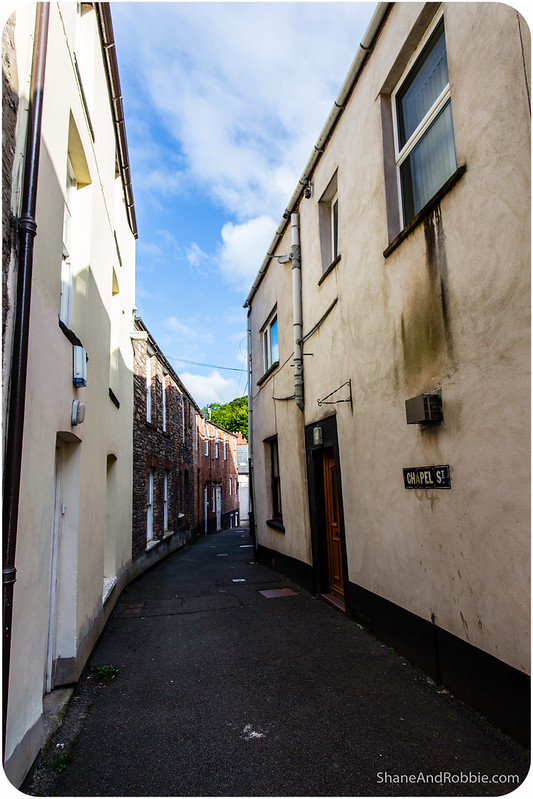 Keen to see more, we set out for the Monmouthshire Canal, which runs off the River Usk and was once used to carry cargo into Brecon from the farms upstream. Now the only “shipping” that happens along the canal comes in the form of house boats rented out by hoilday-makers, and short cruises that take tourists like us along the canal to the lock downstream, and back to Brecon. 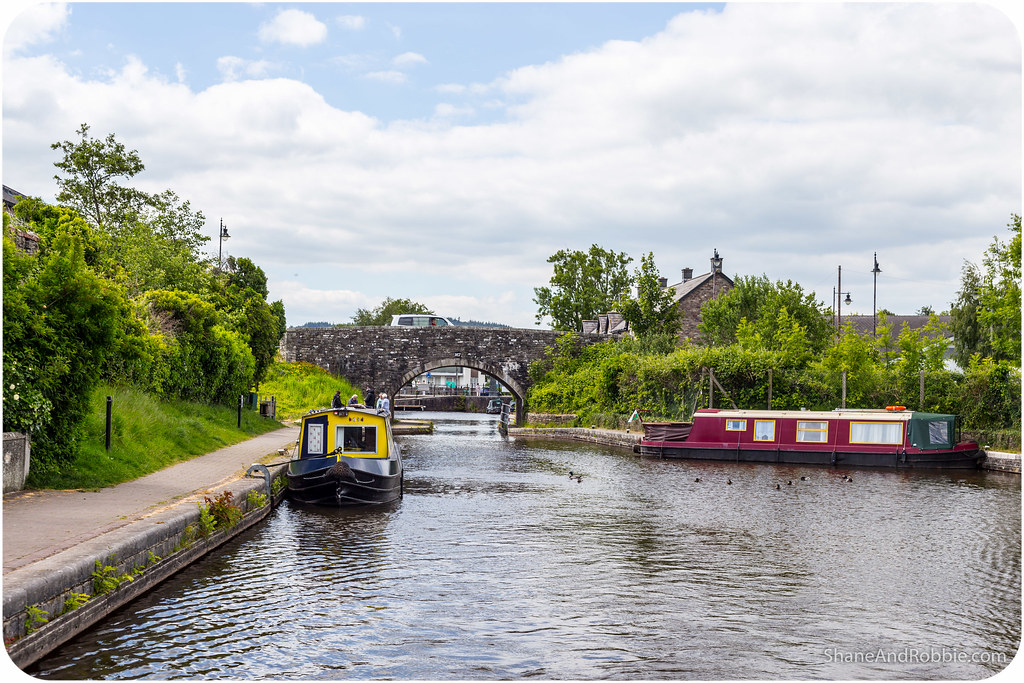 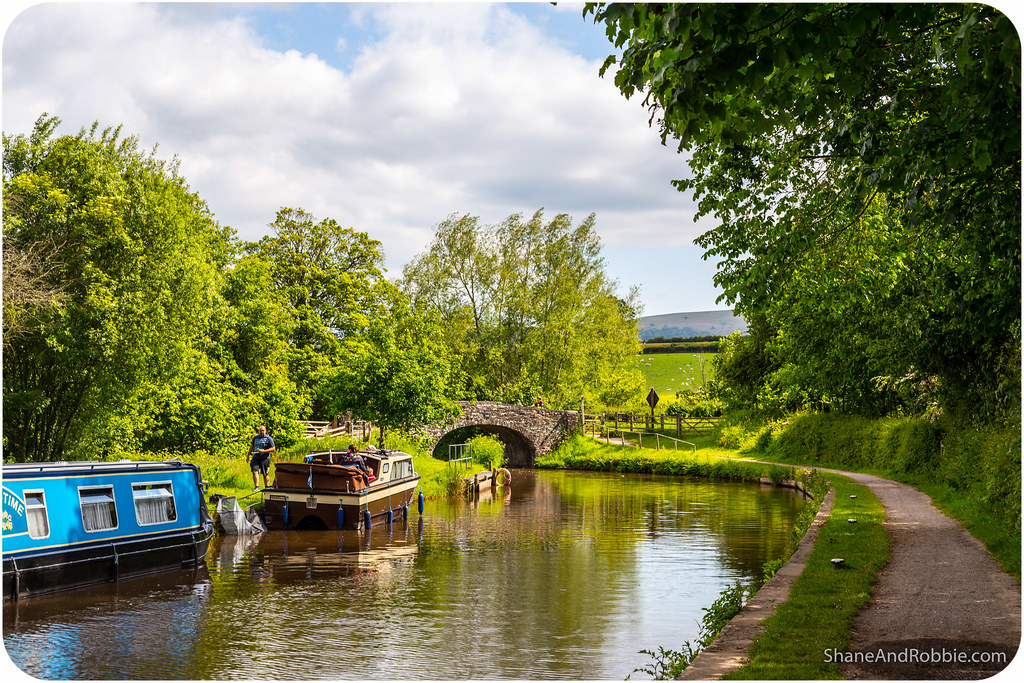 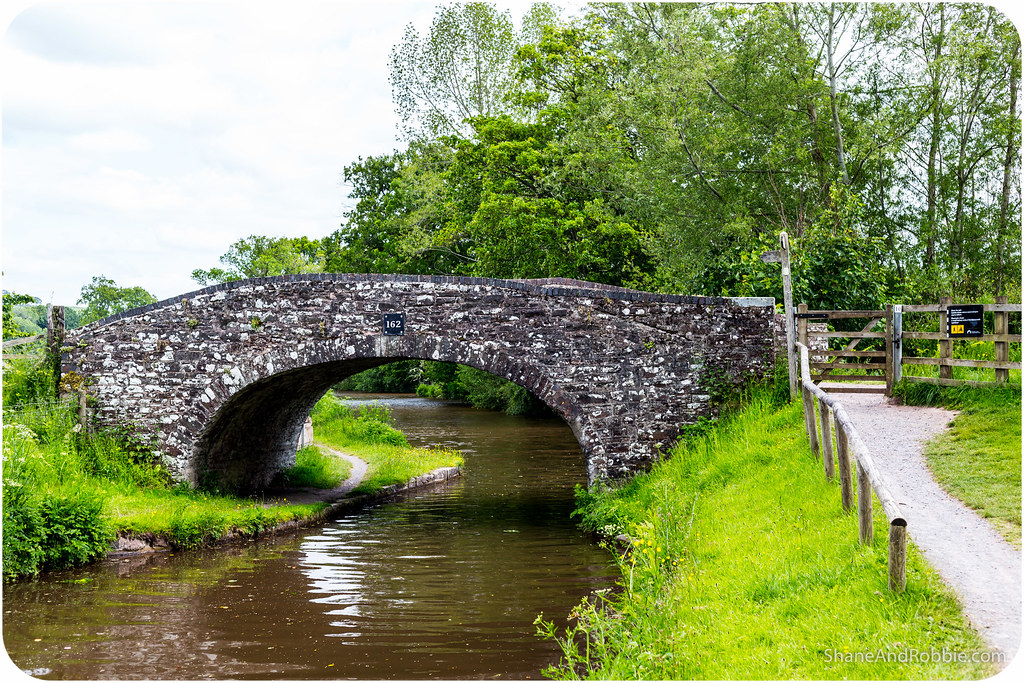 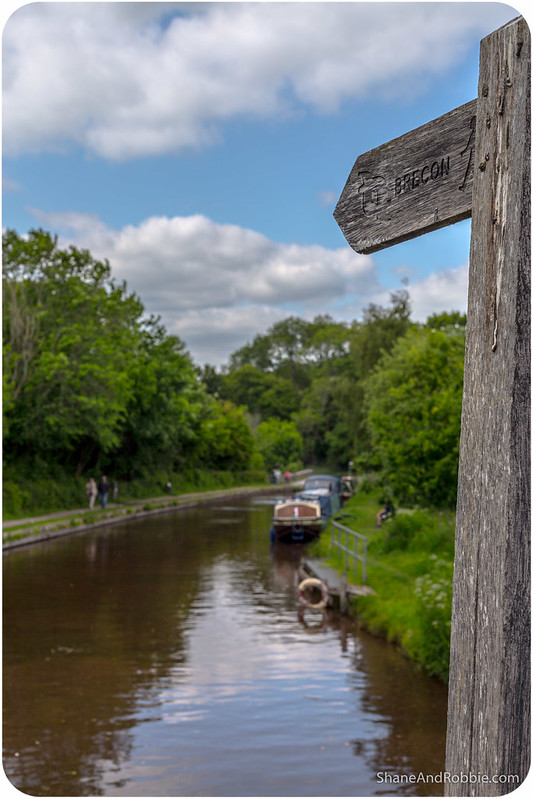 We spent a very pleasant couple of hours relaxing on the boat, enjoying the sunshine, admiring the views, and thanking our lucky stars we aren’t in Cardiff amidst hordes of screaming 8-to-12 year old girls, waiting for “One Direction” to hit the stage. 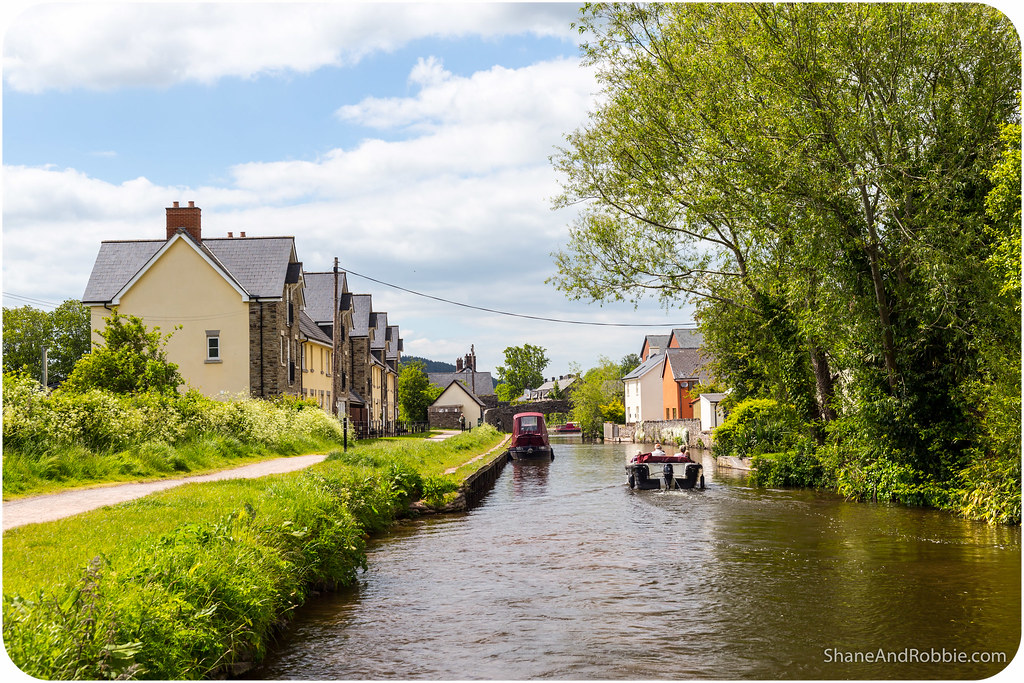 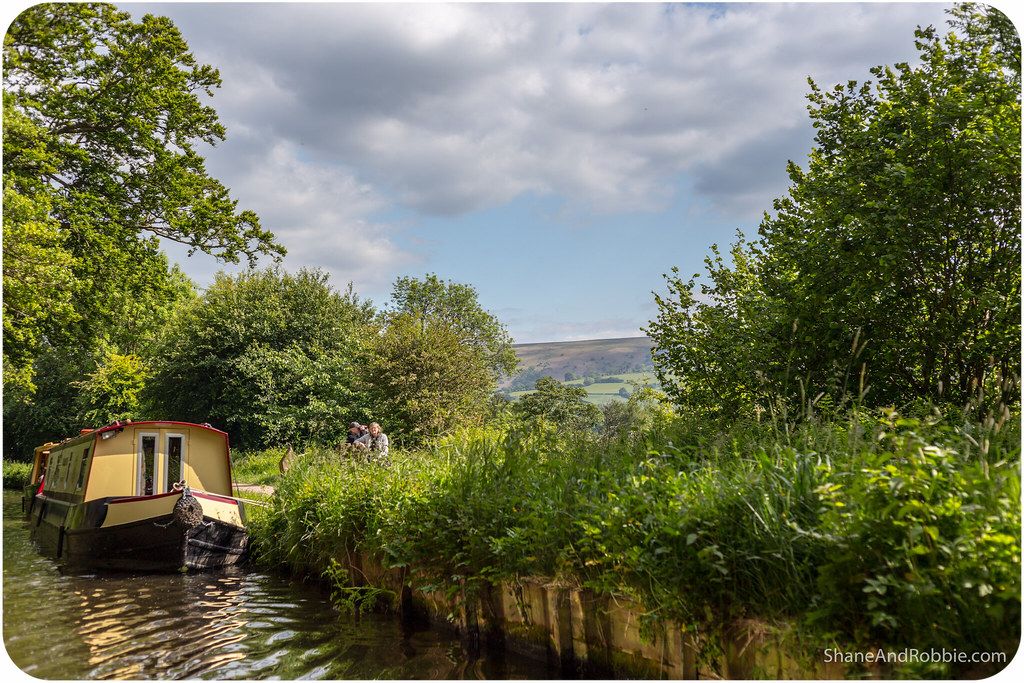 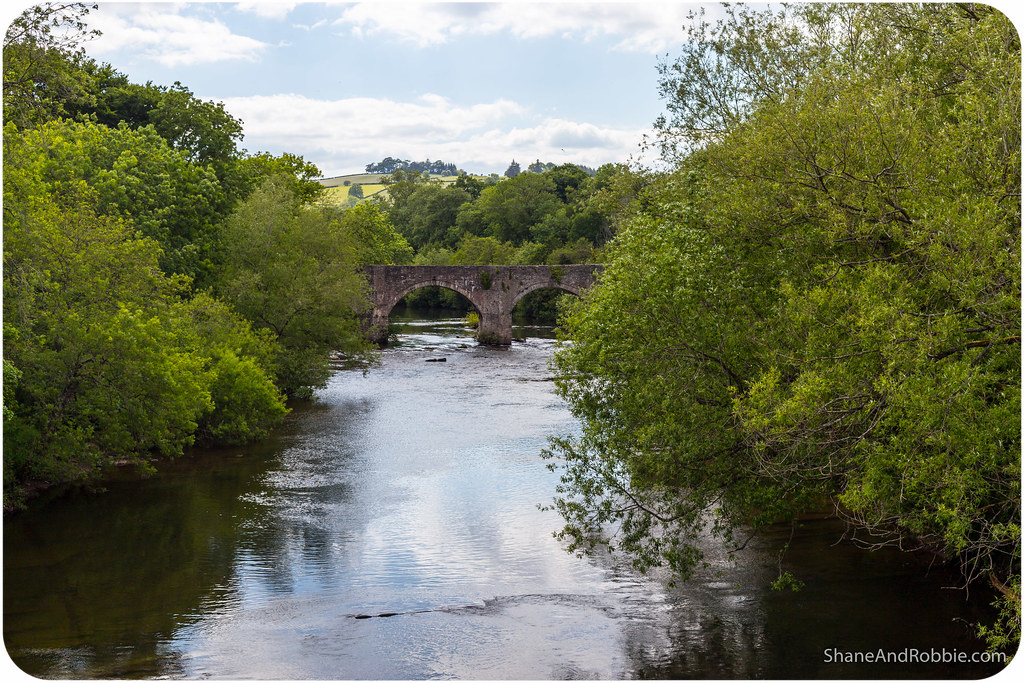 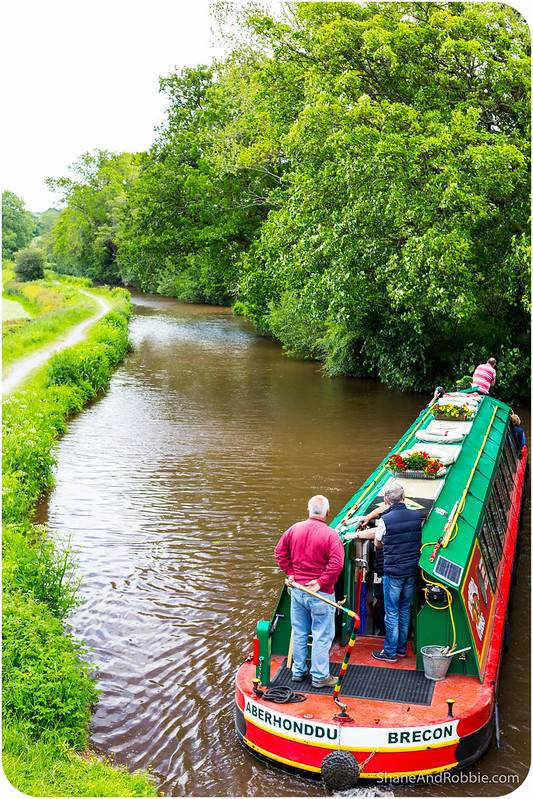 The Brecon Beacons are well known for the hiking trails that criss-cross the mountains and moors, so tomorrow we’ve decided we’re off to do some trekking and to explore more of the beautiful Welsh countryside. 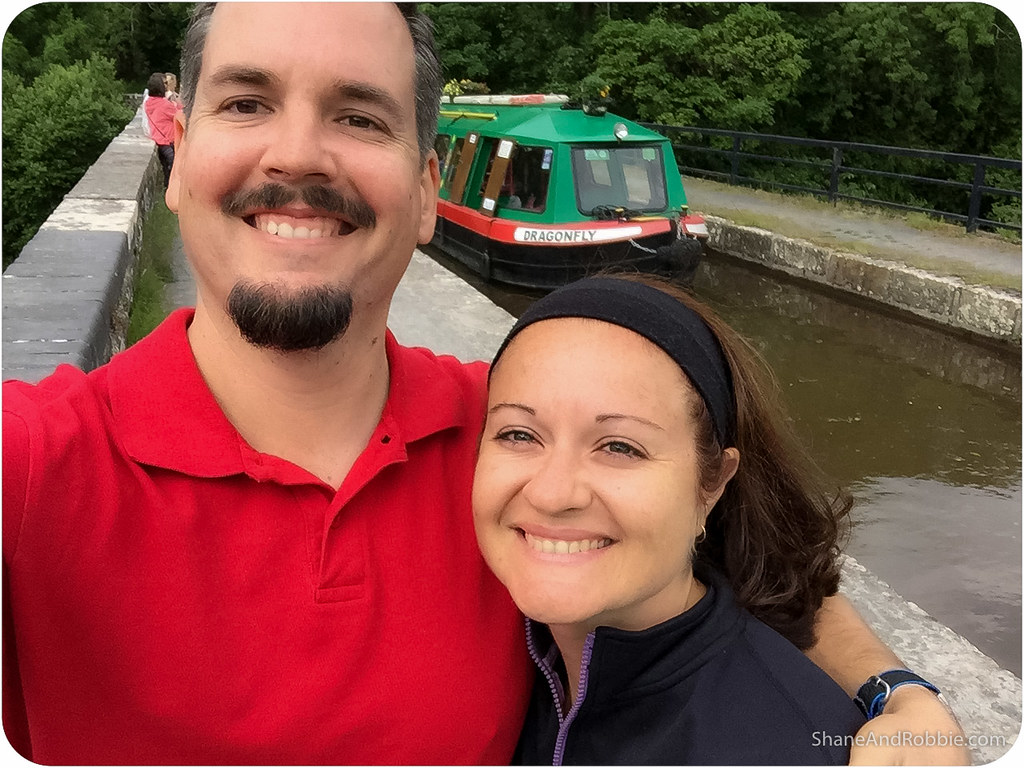