SEEKING THE GIFT OF THE GAB AT BLARNEY CASTLE

The Blarney Stone is a block of limestone built into the battlements of Blarney Castle. According to local legend kissing the stone endows one with the gift of the gab (i.e. great eloquence). We visited the tiny village of Blarney today and sought out the fabled Blarney Stone, though Shane wouldn’t let me kiss it – he says I talk too much as it is! Not that I minded really, the thought of hanging upside down over the castle parapet and pressing my lips against a lump of 600 year old rock that’s been kissed by thousands of people didn’t excite me that much. Despite NOT kissing the Blarney Stone, we still had an amazing afternoon in Blarney, exploring the castle, it’s grounds and the village beyond its walls. Ireland is beautiful, especially on a glorious sunny day like today! 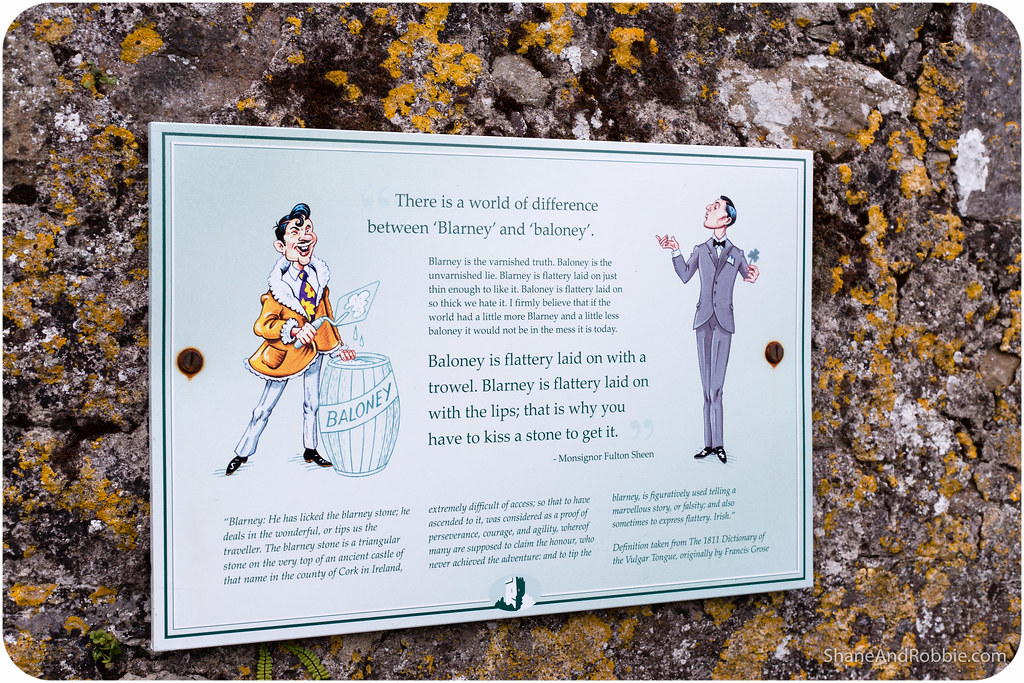 Rested and recovered from yesterday’s travels we caught the first bus* out of Rosslare to Cork this morning. The 200km journey took up most of our morning, though we were kept well entertained by the passing vistas and cute villages the bus pulled into (and it pulled into EVERY village, town, and hamlet along the way). In many ways the scenery is similar to that we saw in Wales, but here the rolling green hills are just that bit GREENER, and the bilingual signs are all in Gaelic (i.e. Irish) and English now (not that Gaelic is any more intelligible to us than Welsh was!).

*Ireland is tiny and with a population of just 4.5 million across the whole country, there’s not much need for an extensive rail network. Therefore, for most of our intercity trips here, we’re having to forgo our preferred mode of public transport (i.e. trains) for cross-country buses. 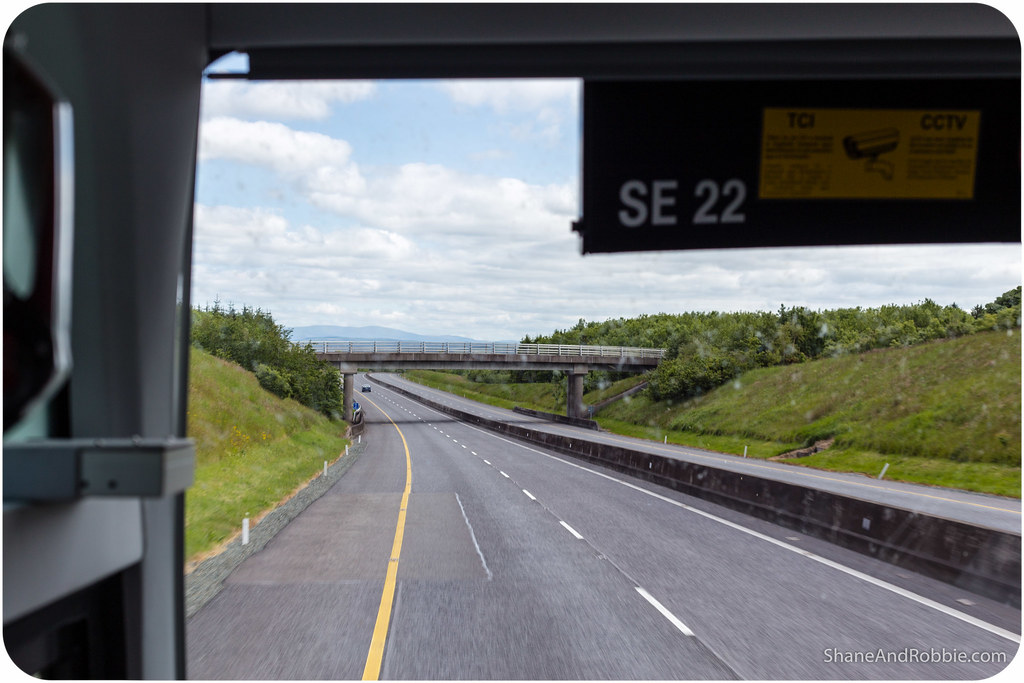 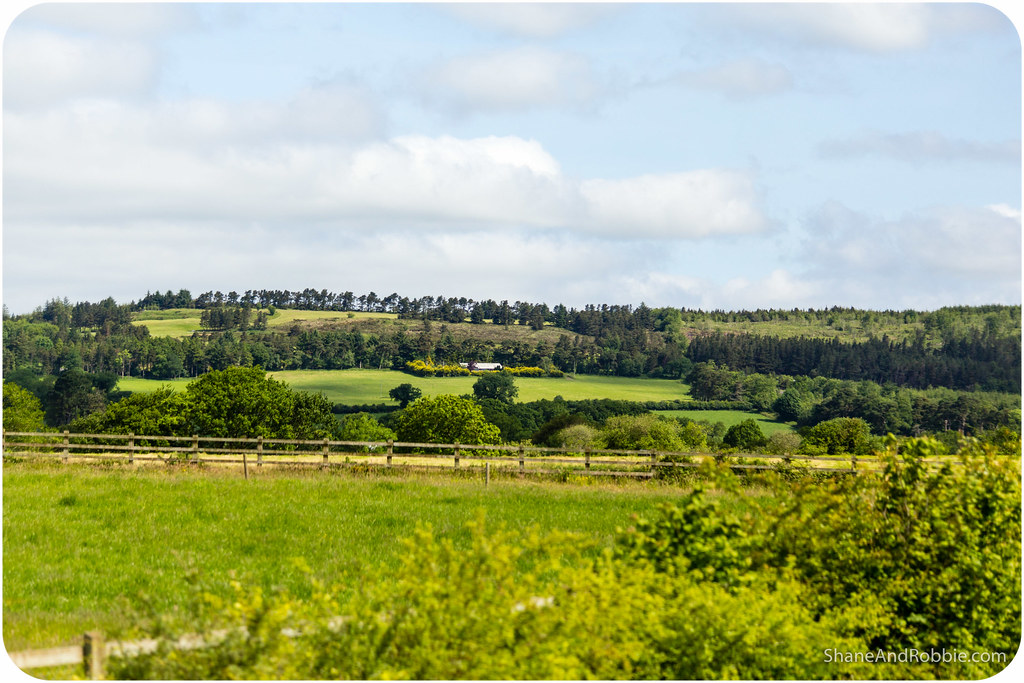 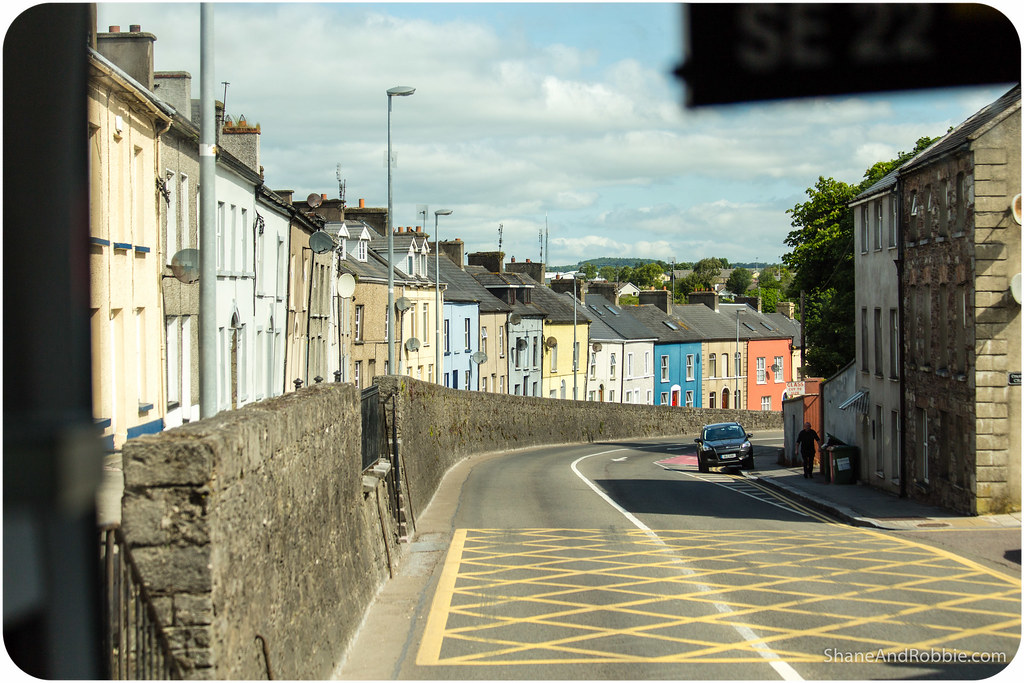 One of the most interesting things we noticed during our drive through the south-eastern corner of Ireland is how many dilapidated stone farmhouses there were everywhere. We later found out these are farmhouses left vacant by families who fled during The Great Famine (1845-1852). During the years of The Potato Famine, as it’s also referred to sometimes, 1,000,000 people emigrated from Ireland to America, Canada, Australia and New Zealand. This reduced Ireland’s population by almost a third and was one of the largest human migrations ever. Thanks, at least in part, to this mass exodus of Irishmen (and women and children) to the “new world”, many aspects of Irish culture have been disseminated around the world. Certainly a lot of what we think of as being the quintessential Australian character has its roots in Ireland – especially the sense of humour! 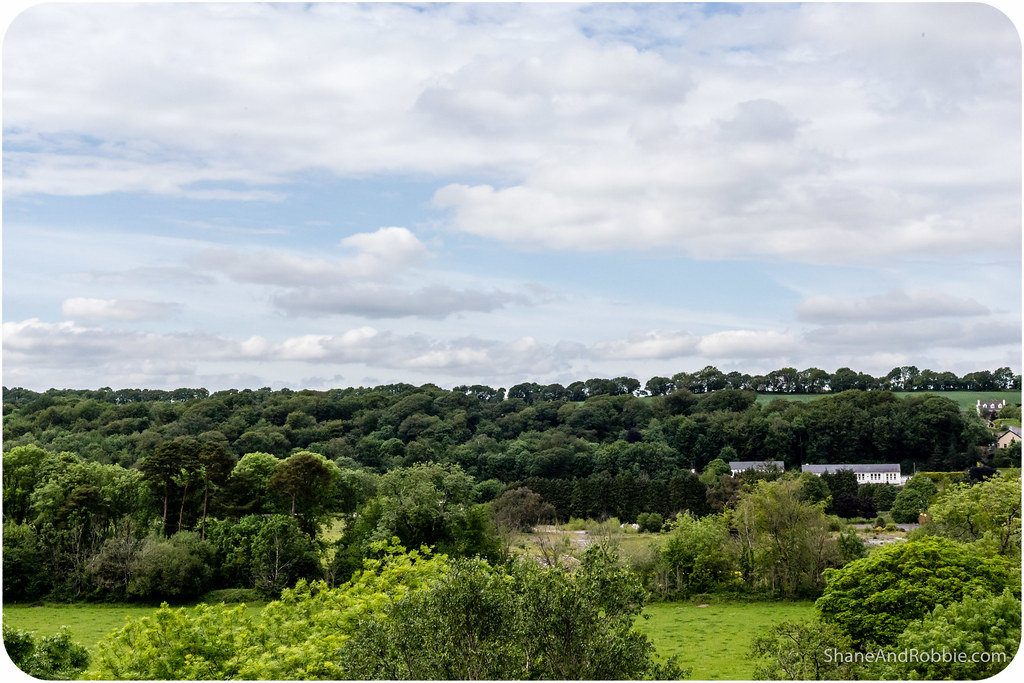 We finally pulled into Cork’s main bus station some 4 hours later and made our way up the hill behind the main town to the guesthouse where we’re staying. It’s a gorgeous 19th century manor house that’s been turned into a boutique hotel and comes complete with a garden patio and lovely views over Cork. 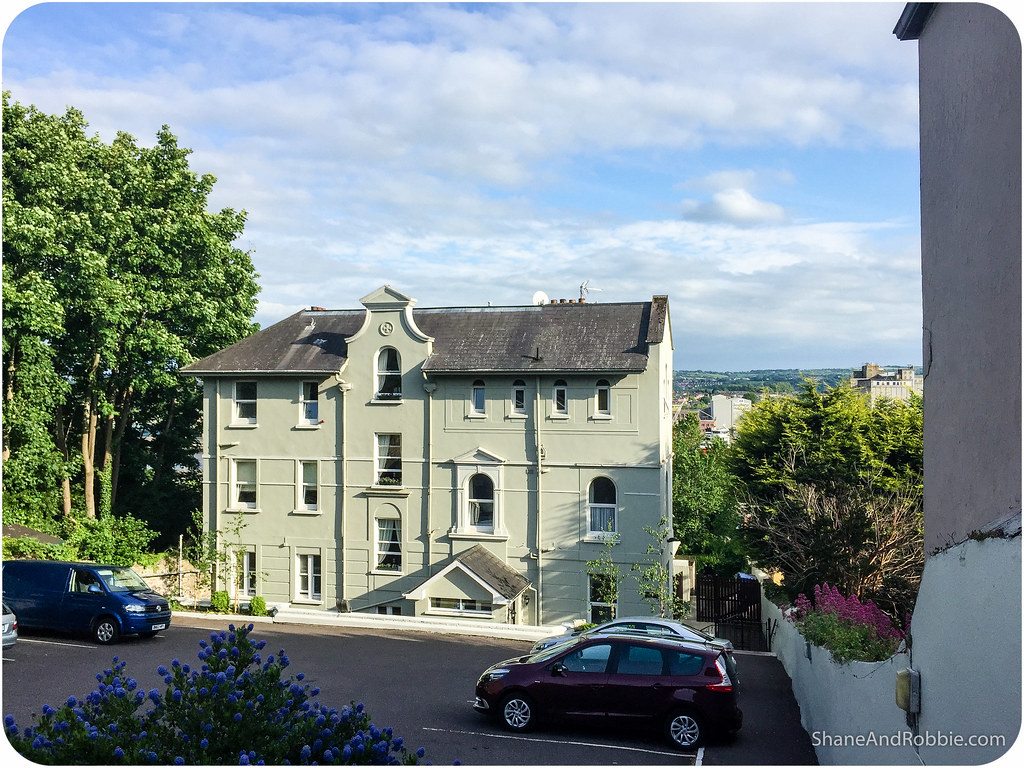 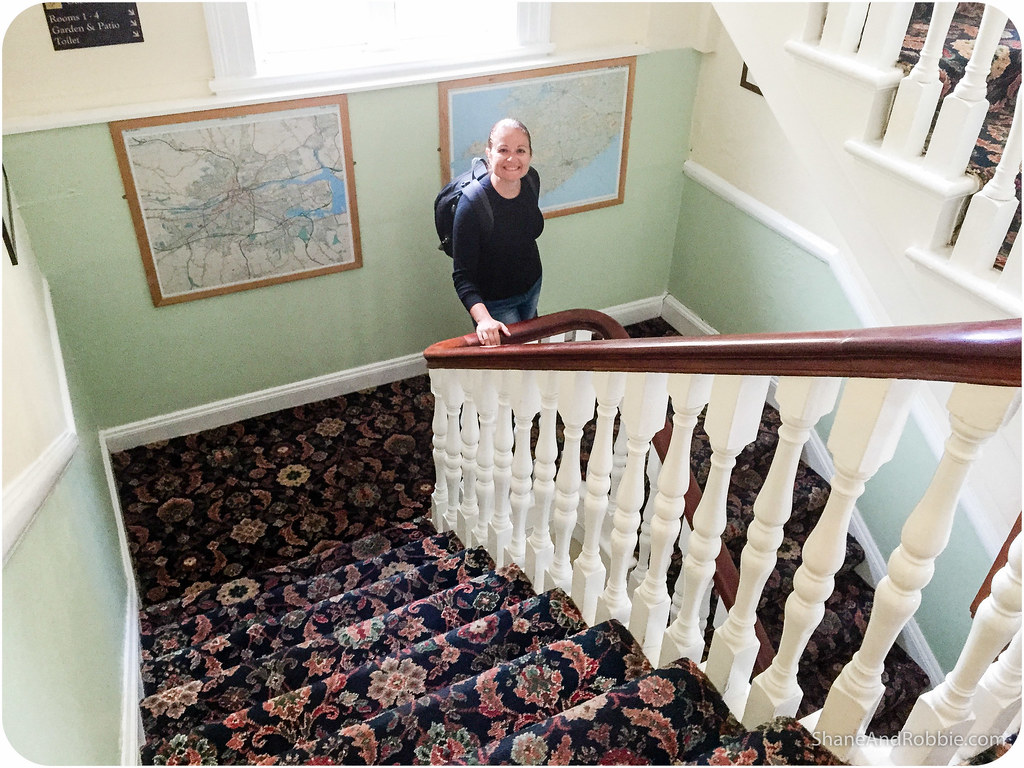 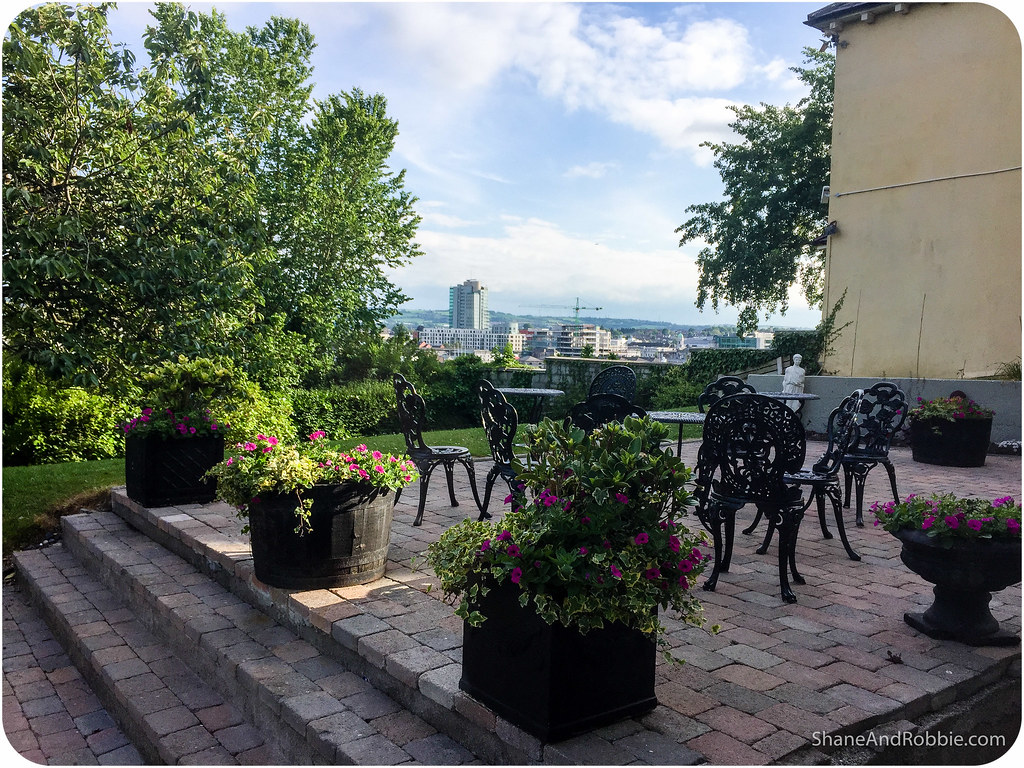 Cork (population: 120,000) is built on the River Lee and is the second largest city in the Republic of Ireland. The town is famous for its harbour, from whence many boats left loaded with emigrating Irish families bound for America, and for its central role in the Irish War of Independence of the early 1920s*.

*The English ruled Ireland for 800 years but the Republic of Ireland won its independence in 1922 after a brief, but intense, war fought by the Irish Republican Army against the British forces. 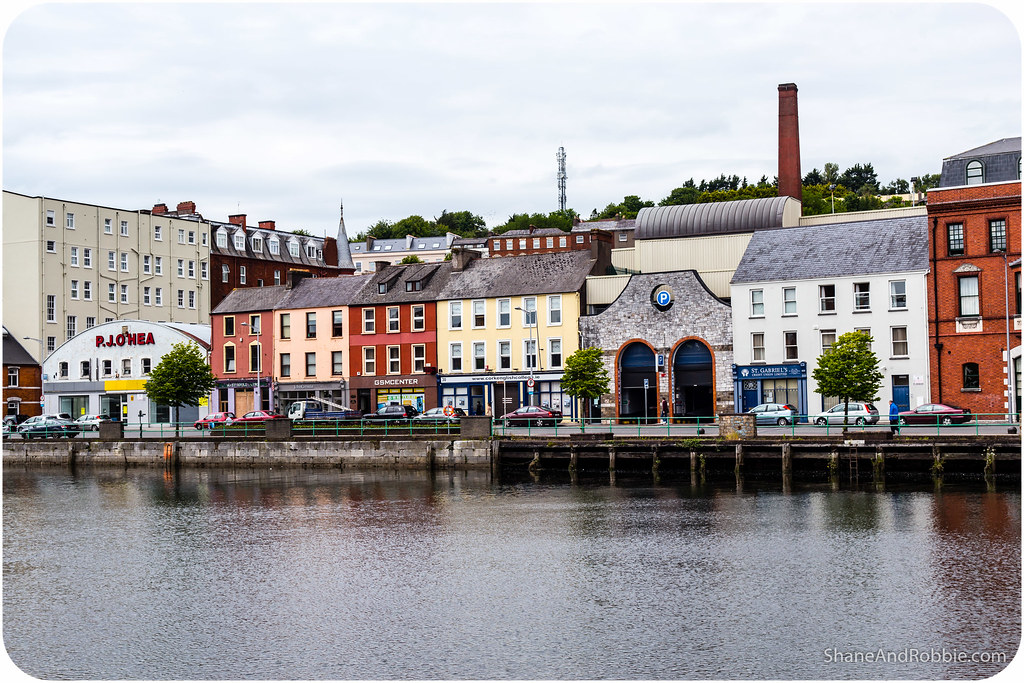 There’s plenty to see in Cork, enough to fill at least a day or 2. With just an afternoon to fill, however, we decided to take a short 8km trip to the nearby village of Blarney to visit Blarney Castle. 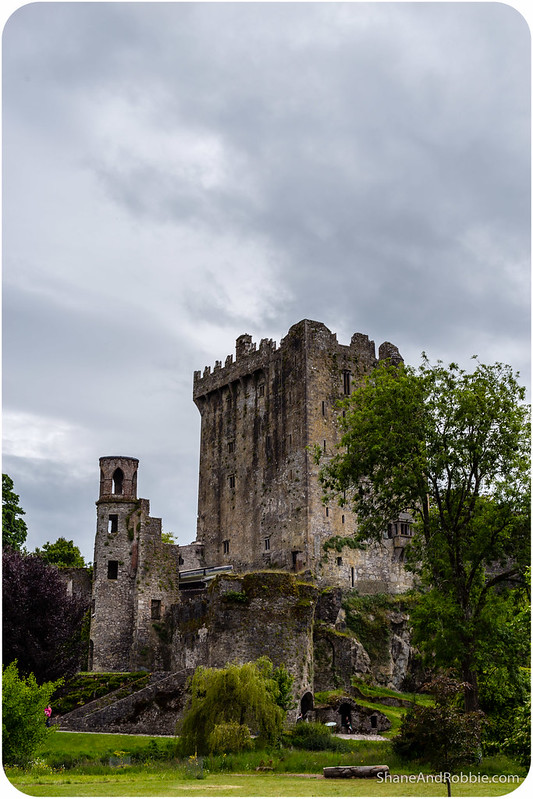 Blarney Castle is a medieval fortress originally built in 1210. It was destroyed in 1446, but subsequently rebuilt by the Lords of Blarney. It was during this reconstruction that the famed Blarney Stone was built into the castle battlements. There are various legends around the stone, with the most commonly touted one suggesting that Queen Elizabeth I requested Cormac McCarthy, the then Lord of Blarney, be deprived of his traditional land rights. Cormac travelled to see the queen, but was certain he would not persuade her to change her mind as he wasn’t an effective speaker. He met an old woman on the way who told him that anyone who kissed a particular stone would be given the gift of eloquent speech. Cormac followed the crone’s advice and went on to persuade the queen that he should not be deprived of his land. He then went on to incorporate the stone into his castle when it was rebuilt. Whatever the exact origins of the Blarney Stone, it’s famous now and thousands of people flock to the castle each year to kiss the stone. 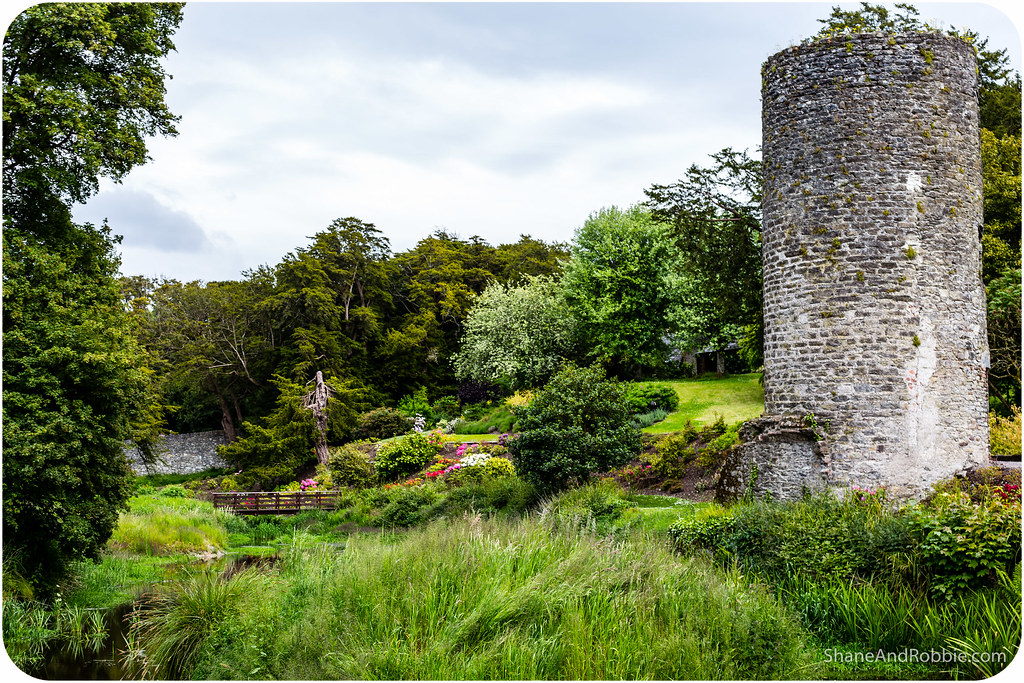 Luckily for us few people were there today and we had the castle and its entire grounds virtually to ourselves, which gave us heaps of opportunity to explore the ruins of this medieval castle. The towers, dungeons, battlements and remaining rooms of the castle survived numerous sieges and skirmishes, and were eventually bought by the Jefferyes family in the 19th century. 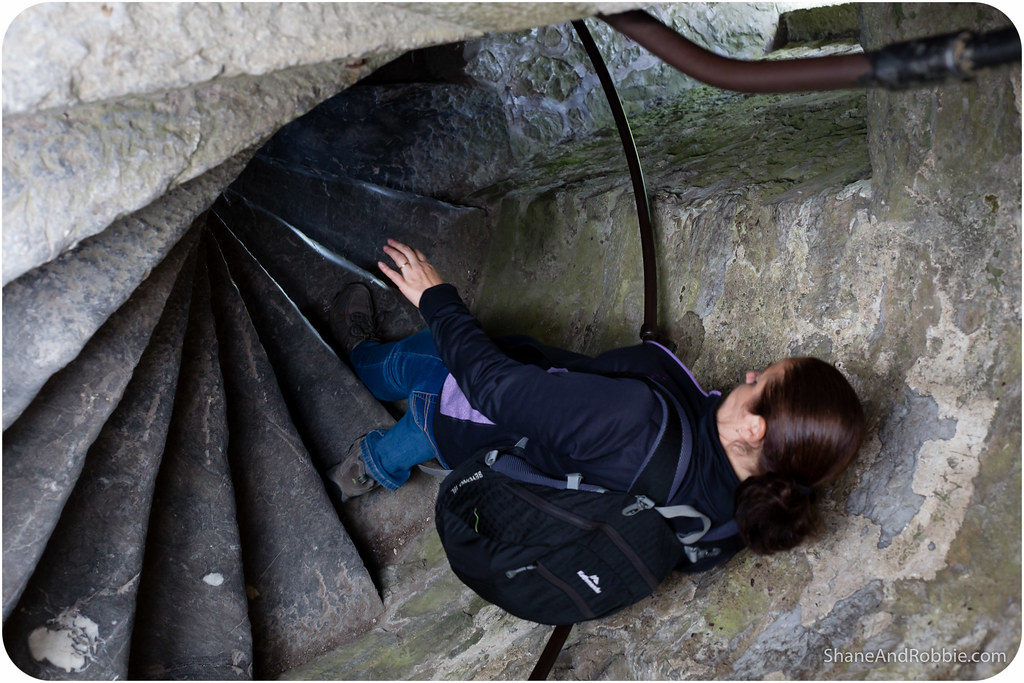 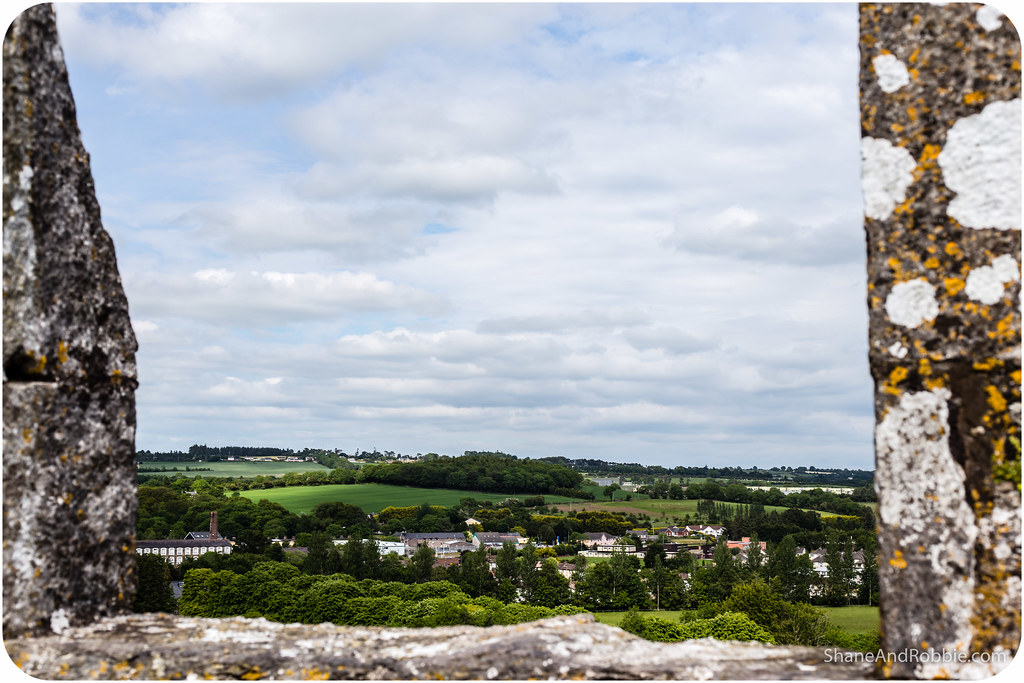 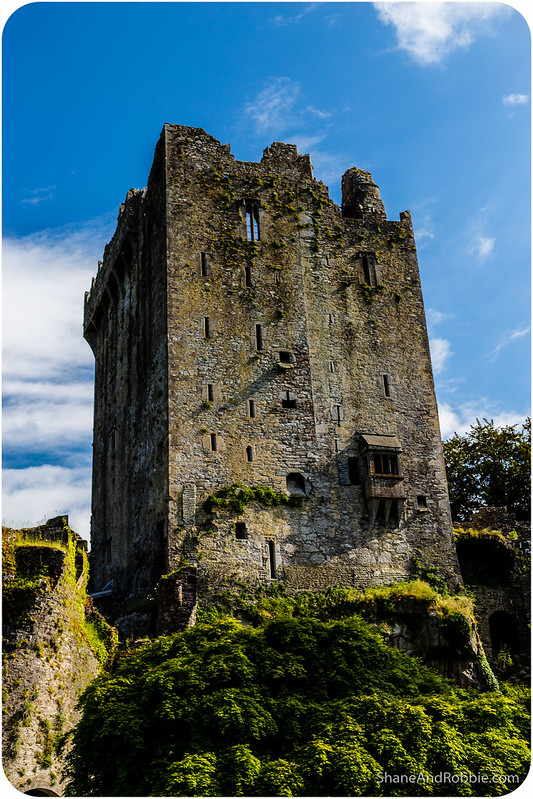 It was the Jefferyes family who, in 1874 built a replacement baronial mansion (known as Blarney House) down by the lake. 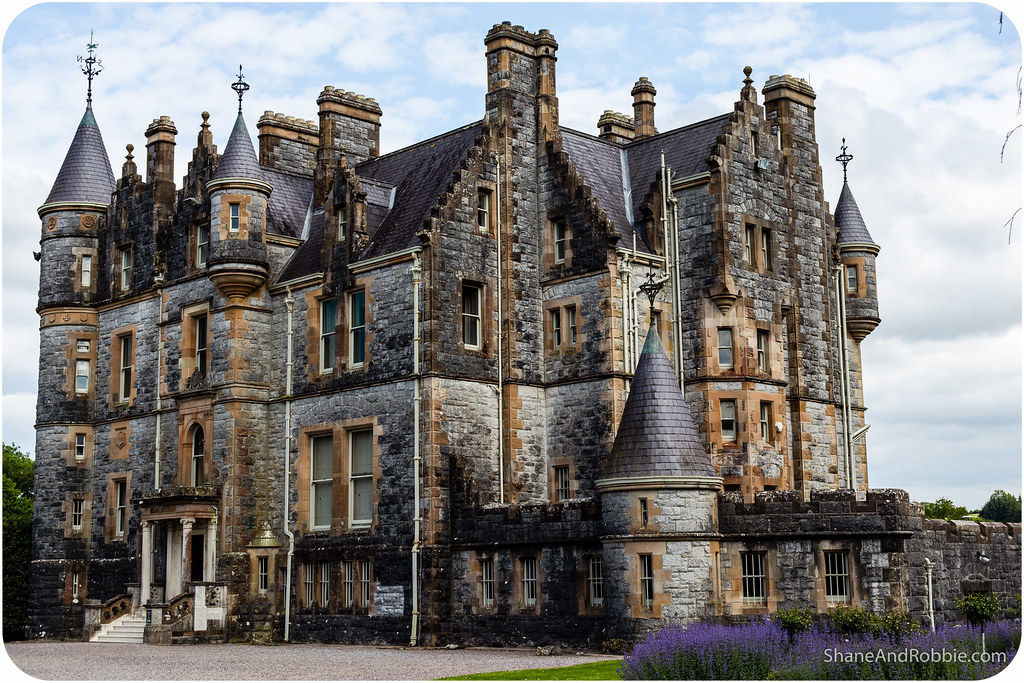 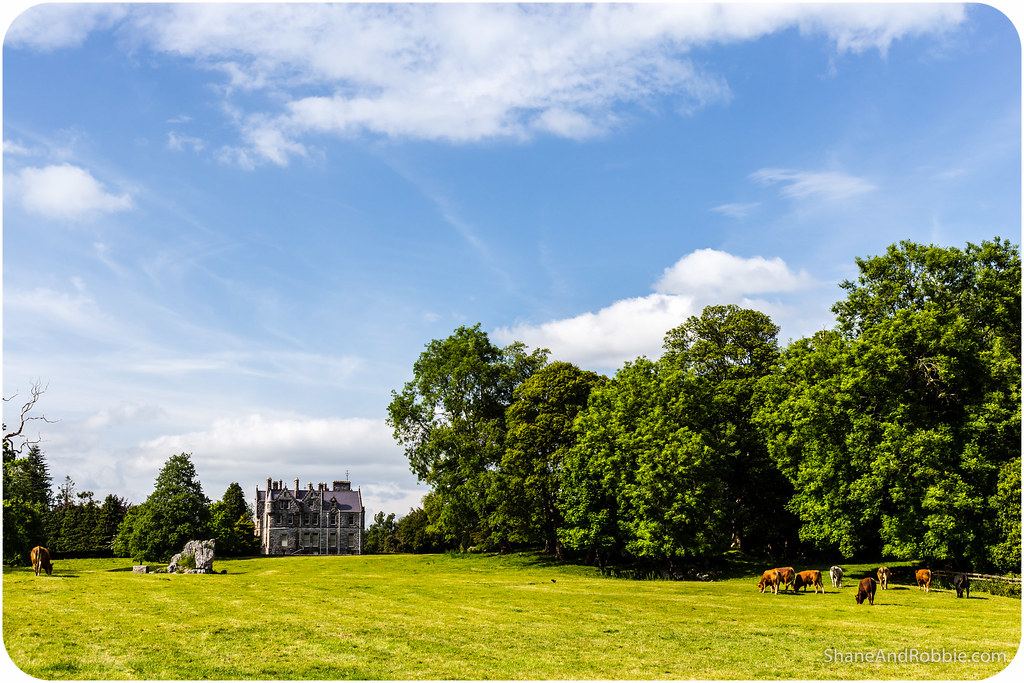 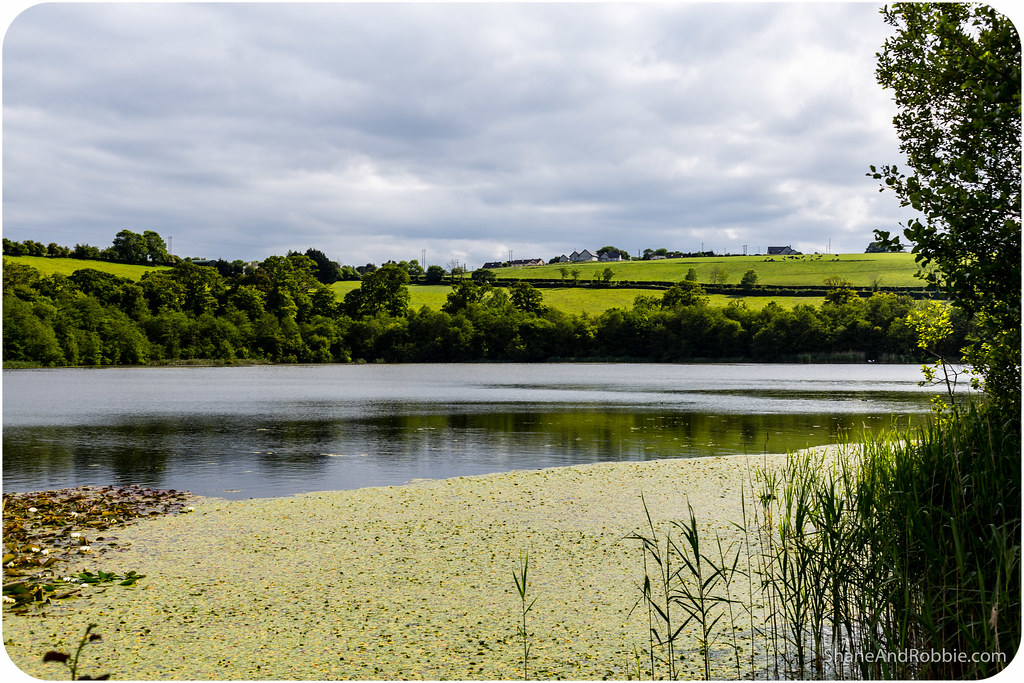 Surrounding Blarney Castle are extensive gardens, which we took great pleasure in touring. 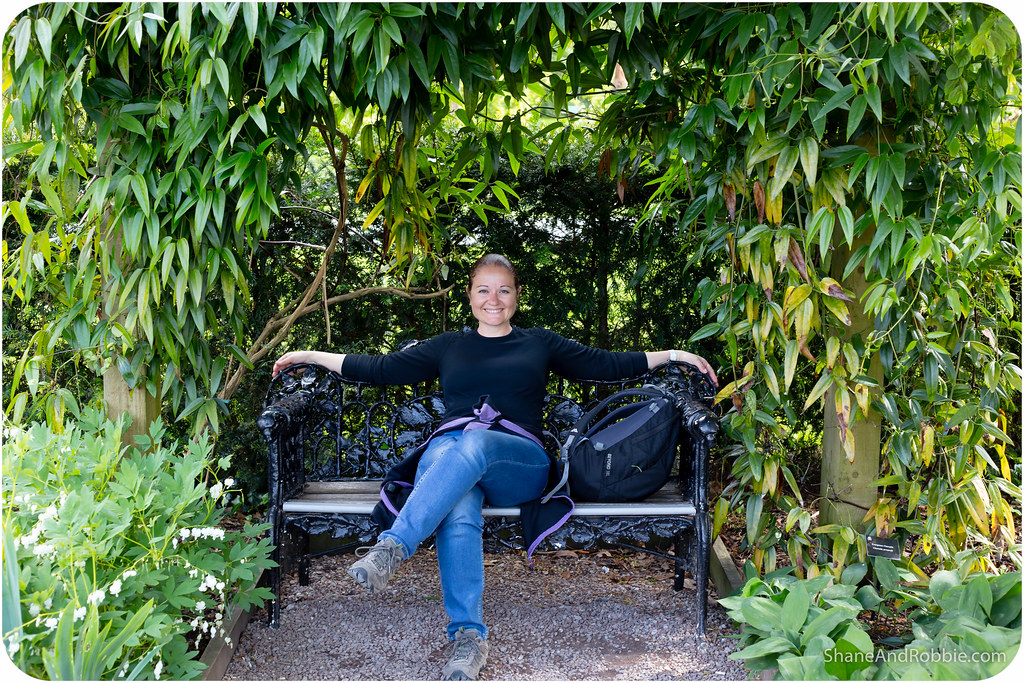 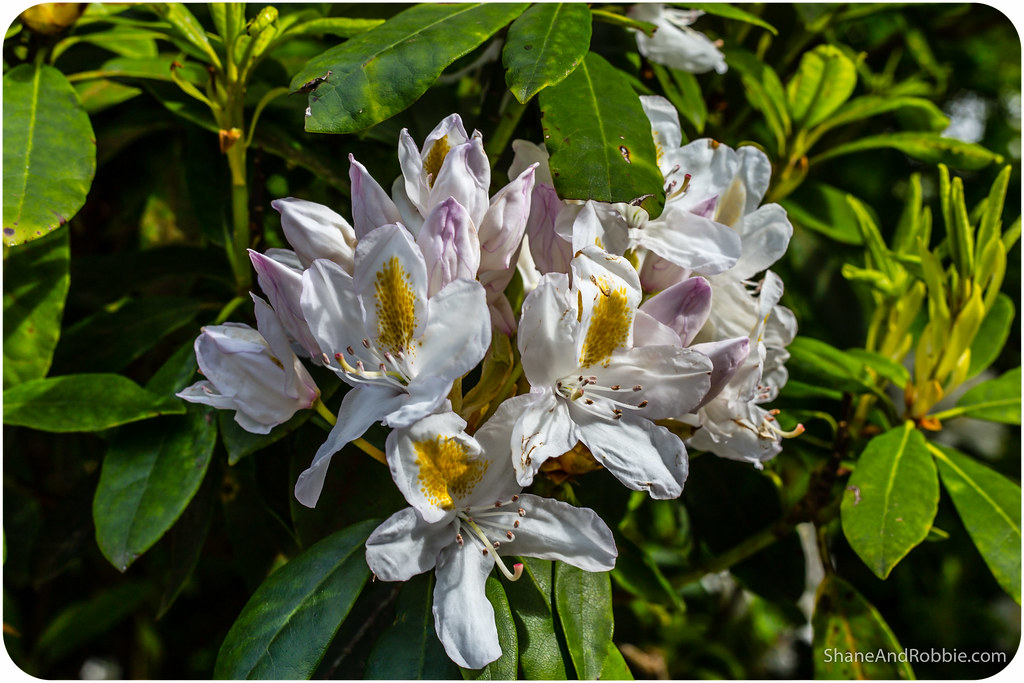 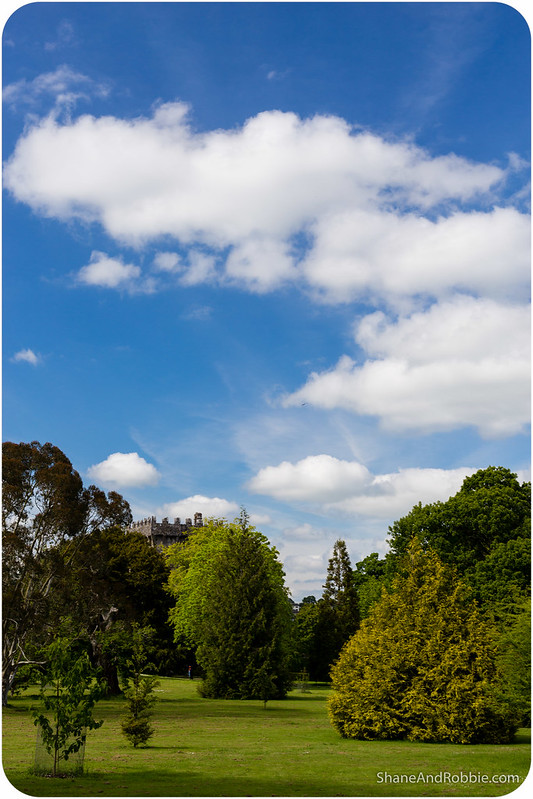 As the castle is still privately owned and some parts of the land are leased to farmers, there were sections we couldn’t see, but what we did explore was awesome! Manicured lawns, colourful flowers, and ancient trees all mixed together to create the perfect garden. 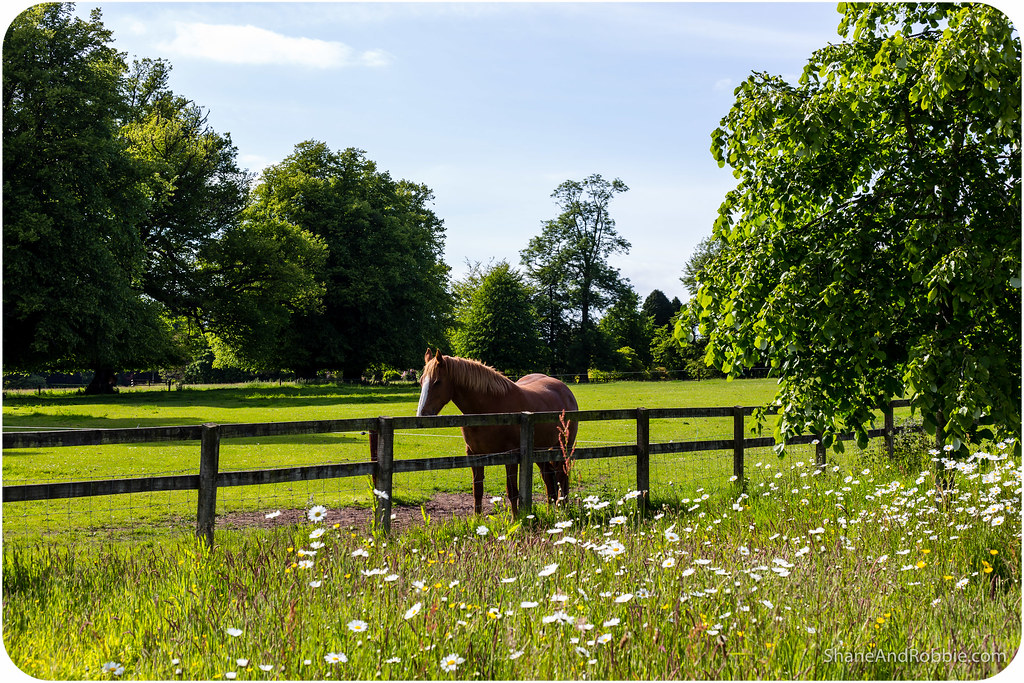 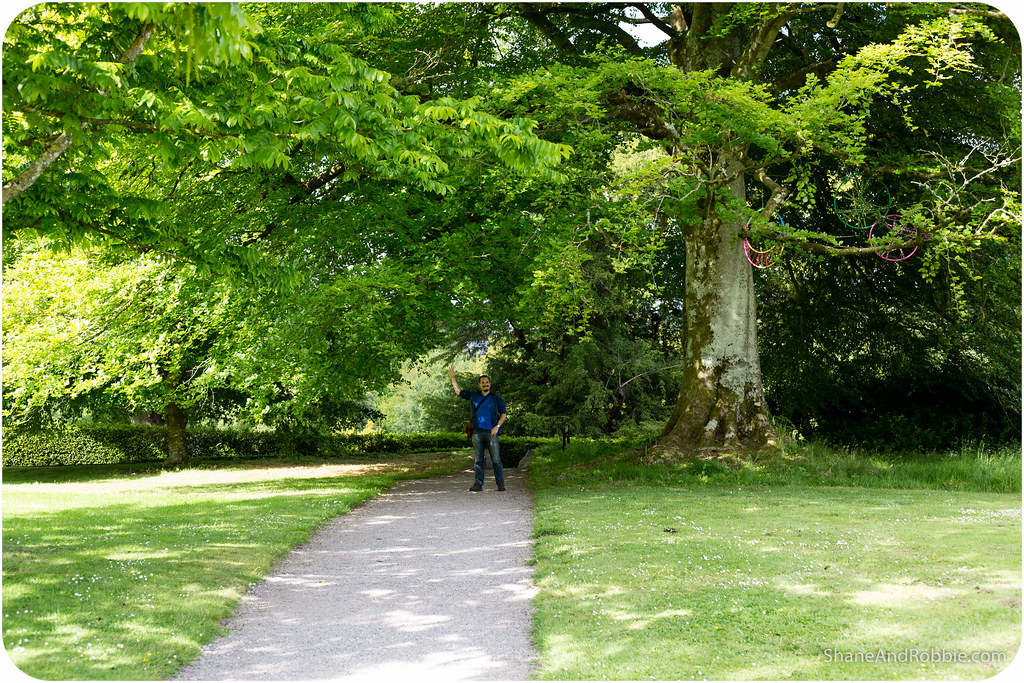 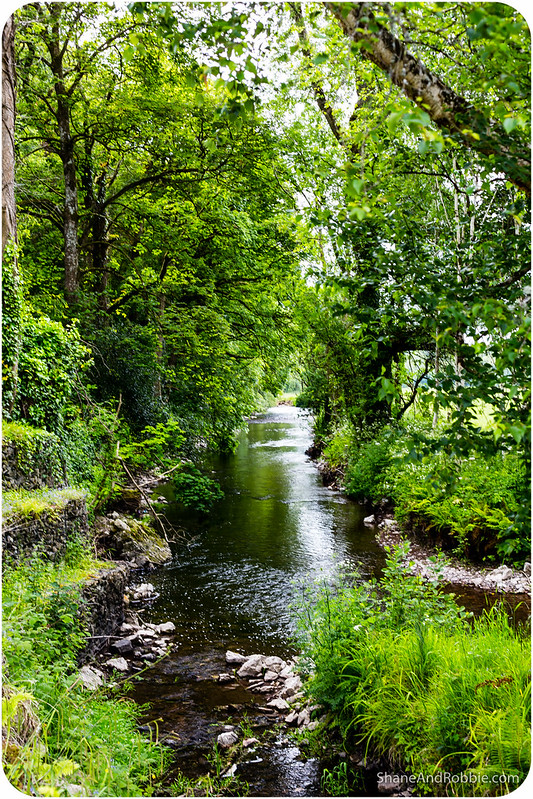 There was even a Poison Garden on the grounds, where we got to look at (but NOT touch) a variety of poisonous plants, including wolfsbane, mandrake, opium and foxglove (digitalis). 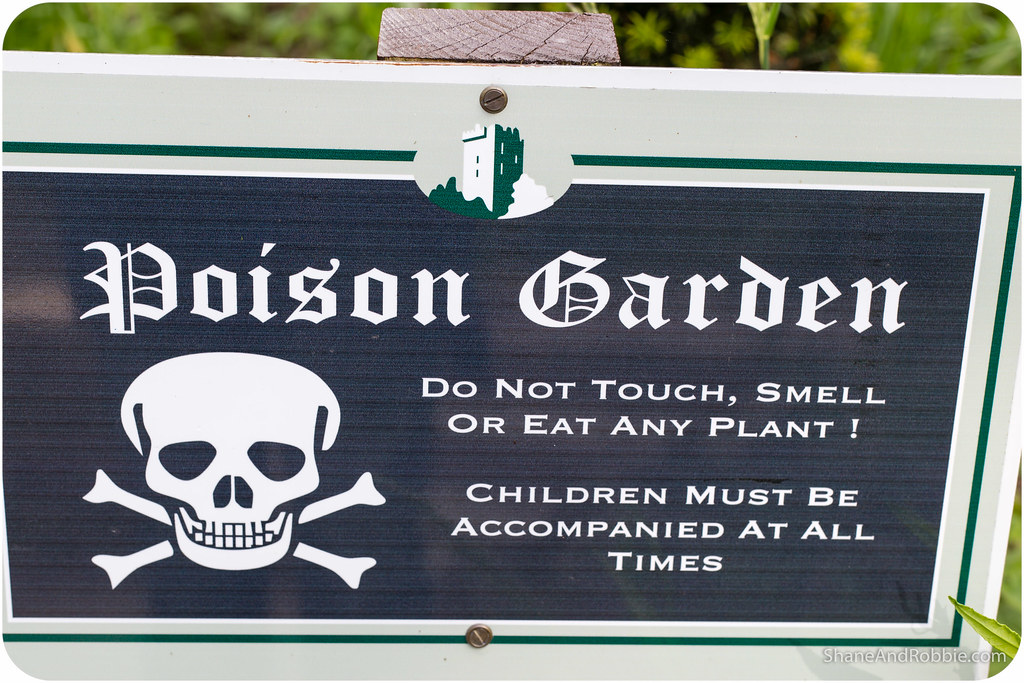 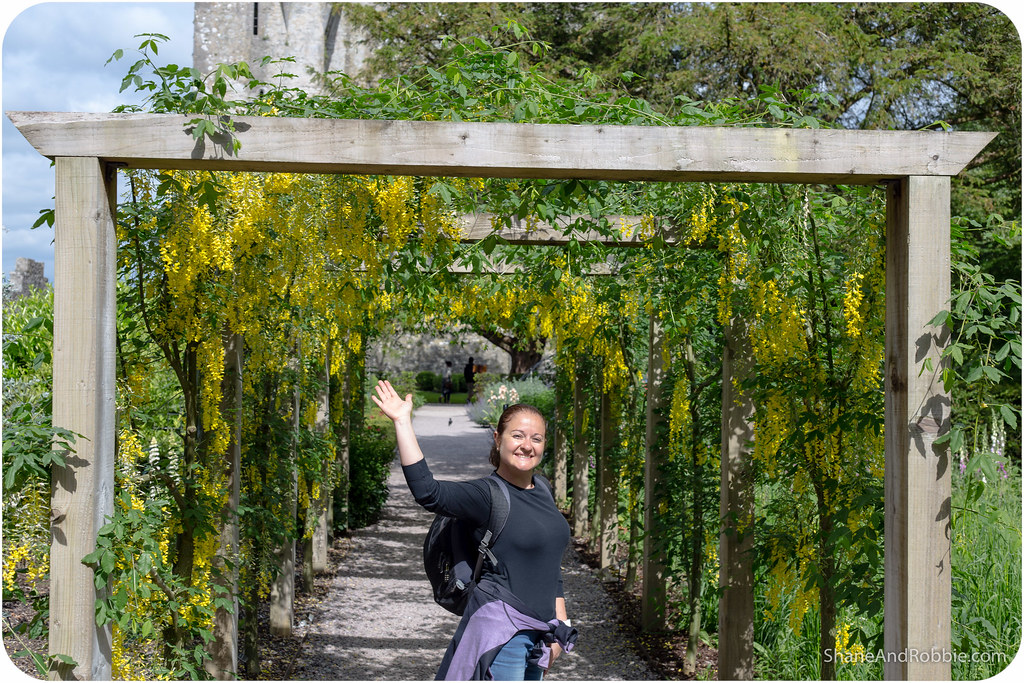 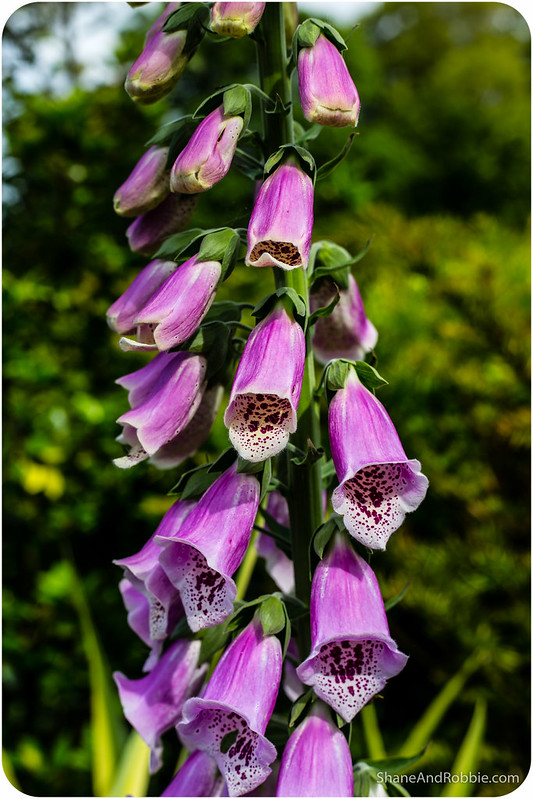 By 6:00pm we’d seen enough of Blarney Castle and its gardens to make exit and return back to Cork. We’re back here now wondering where to go for some hearty Irish fare, and planning our explorations of the city for tomorrow. Tune in then to find out more about Cork and what makes this city so marvellous! 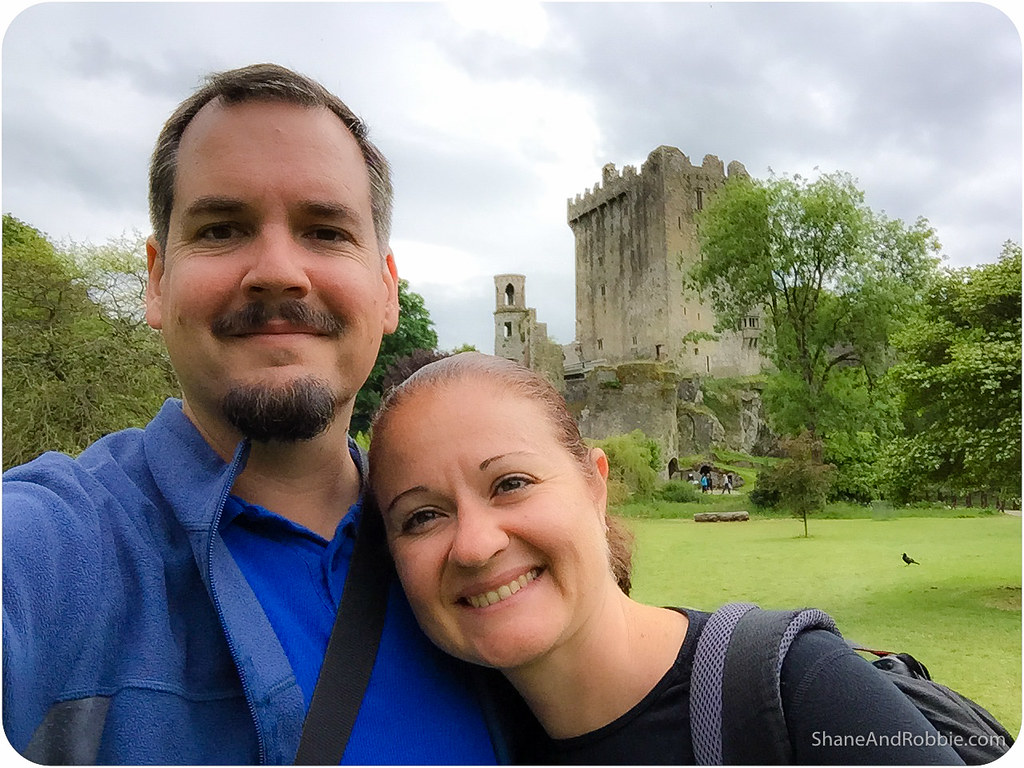