A CORKER OF A DAY!

We took the time to explore Cork city today, starting with the compact city centre and working our way out to the port area of Cobh (pronounced “cove”. Once again blessed by blue skies we had an awesome day strolling through Cork’s laneways and exploring some of its many churches. Best of all we got to sample some delicious local fare for lunch at the English Market (Cork’s indoor fresh produce bazaar), and enjoy an ice cream down by the sea in Cobh this afternoon. Not a bad way to spend a Sunday really… 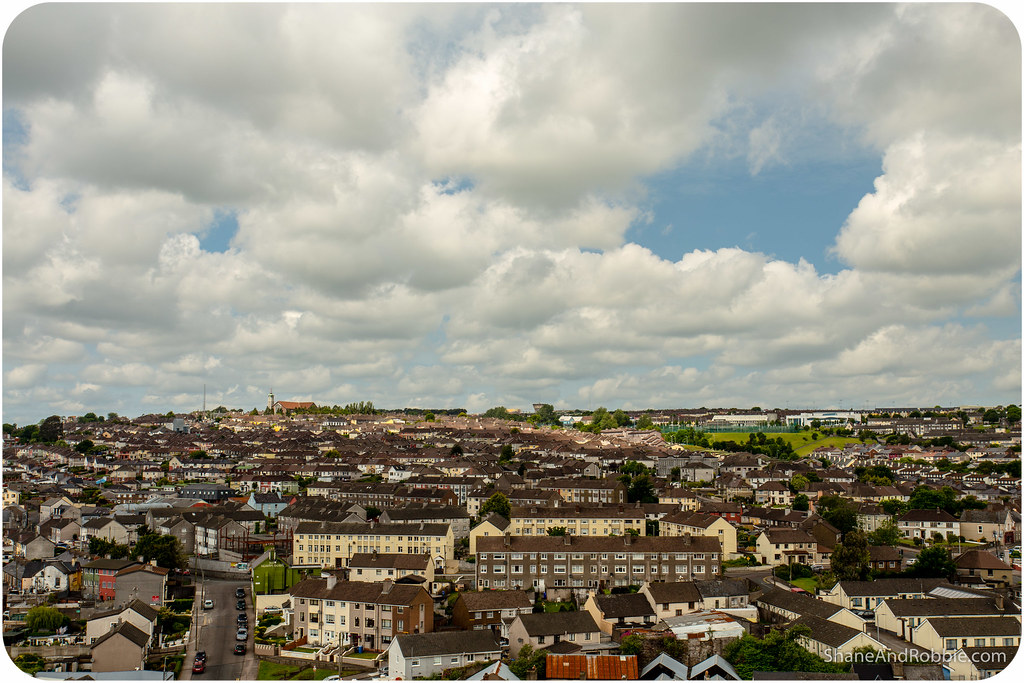 After a substantial “full Irish”* we set out to explore Cork. Being Sunday many of the churches around town were closed until after services were finished. So we started instead with a visit to English Market.
*Like the “full English”, this breakfast is a heart attack for one. Eggs, bacon, sausages, grilled tomatoes, mushrooms, baked beans and white pudding or drisheen – depending on your preference. Not sure what drisheen or white pudding are? Neither were we, so we ordered one of each to find out. Basically drisheen is a type of black pudding made, not from pig’s blood as is common, but from cow’s and/or sheep’s blood. It’s not bad, especially served grilled and in small doses. White pudding, however, did not get the thumbs up from us. This sausage is similar to drisheen or black pudding, but does not include blood; it’s made of cow/sheep/pig meat and fat, mixed with oatmeal. A bit full-on for breakfast! 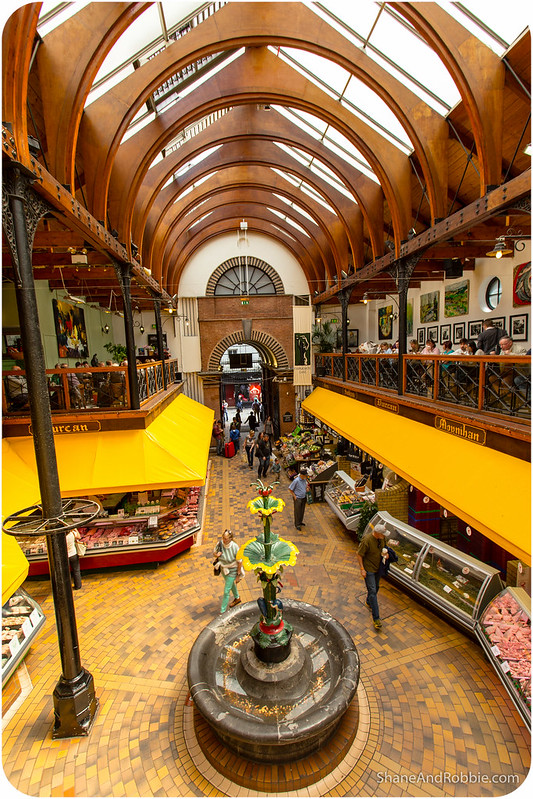 The English Market is where Corkonians go to buy the best of local produce, be it fruits, organic vegetables, gluten free breads, free range chicken, fresh seafood, beef, lamb, or pork. There has been a market at the site since 1788, but the existing building that houses the market was only built in 1862. We wandered around the market place checking out the fresh foods and enjoying the general vibe of the place. There were a whole lots of stalls, selling a whole variety of foods, including drisheen and white pudding! 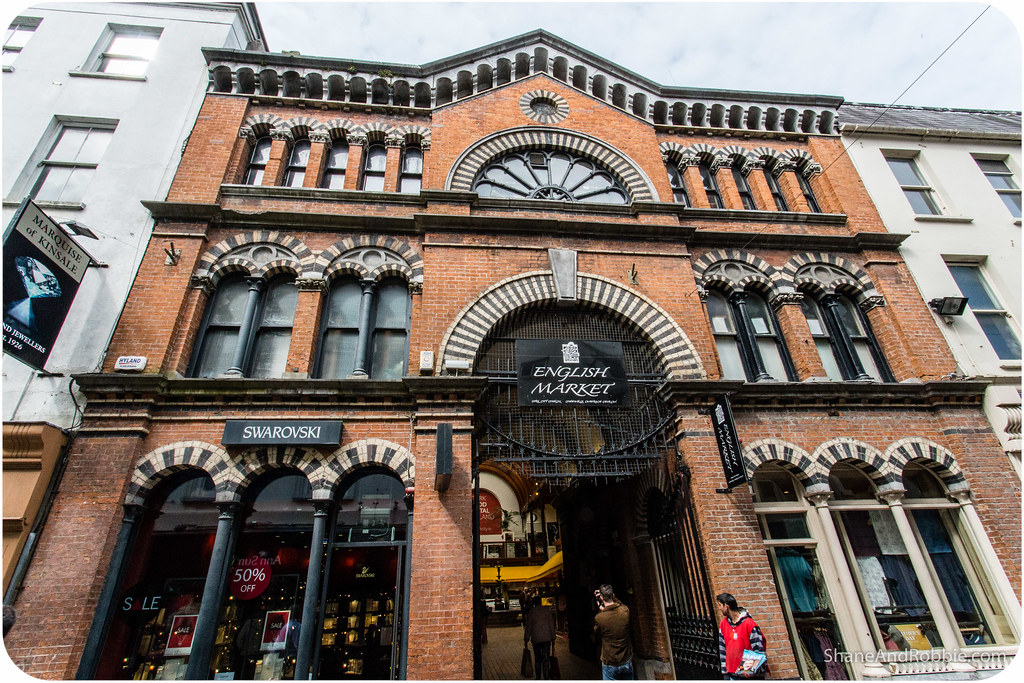 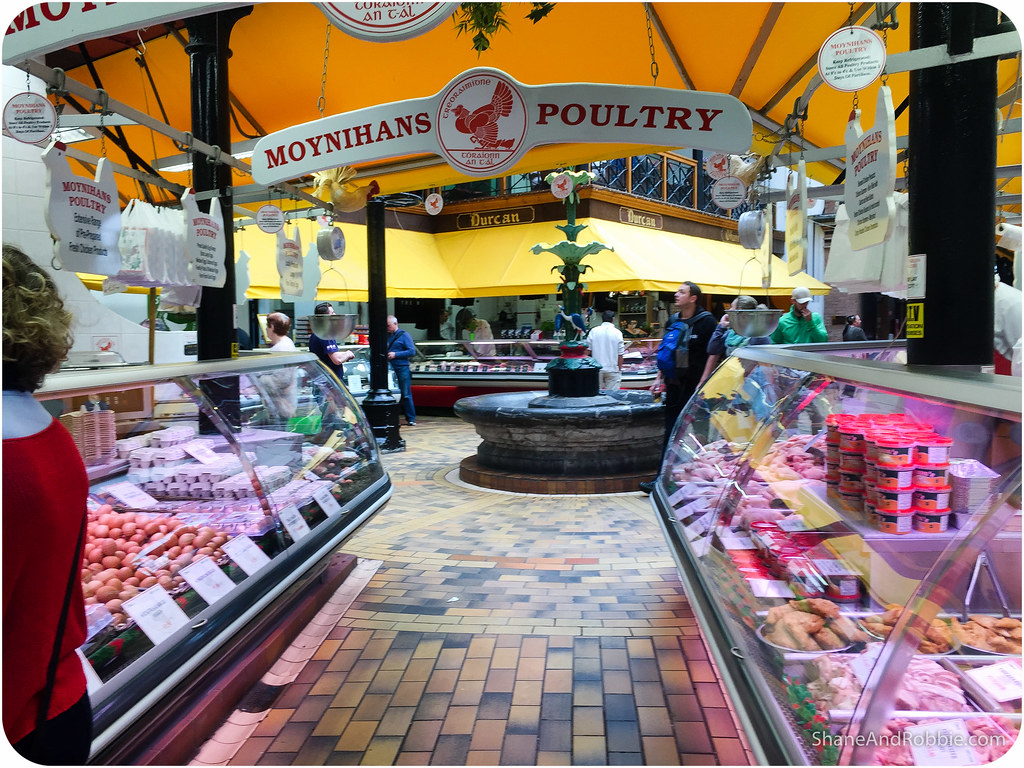 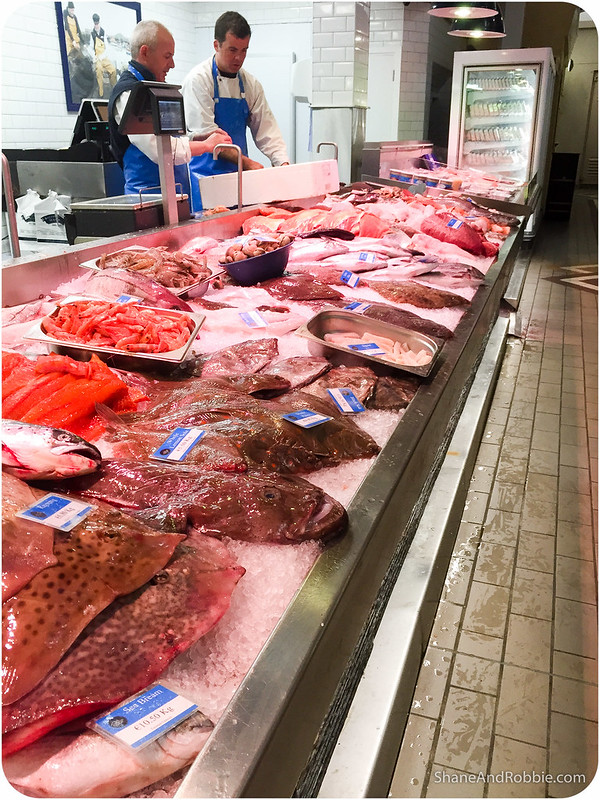 Having explored the English Market we crossed the River Lee and headed south to see St Finbarre’s Cathedral. This epic Gothic church was built in 1863 and dedicated to Saint Finbarre, Cork’s patron saint. 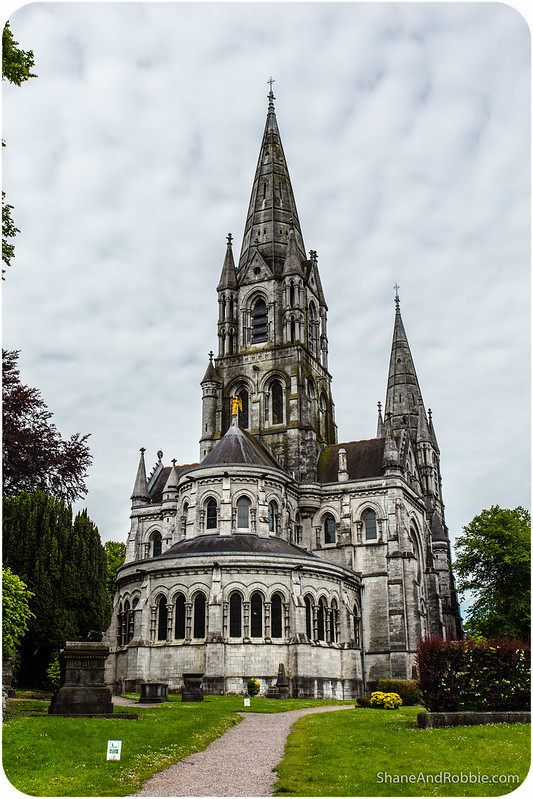 St Finbarre’s Cathedral replaced a much earlier building which once stood on the same spot. The site has been a holy one for almost 1,400 years as it was once the location of a monastery founded by Saint Finbarre. 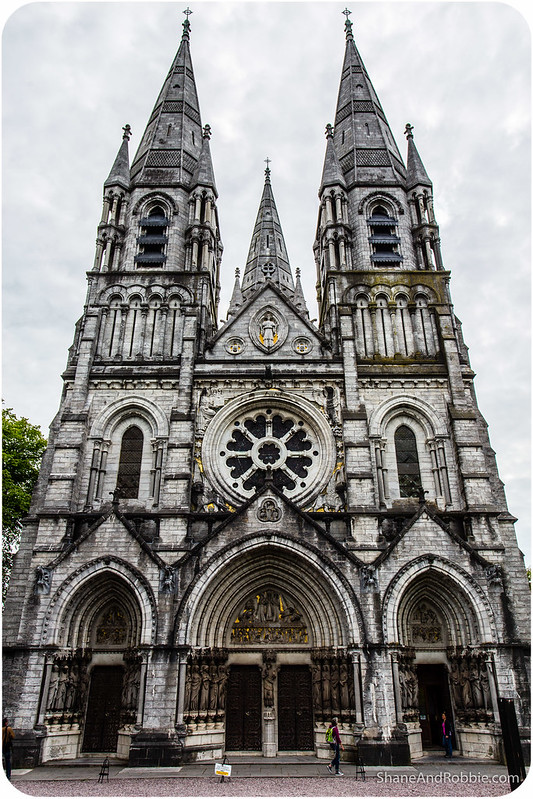 Built of marble and limestone the church was impressive, and its stained glass windows depicting scenes from the Old and New Testaments were lovely. The pulpit was particularly ornate, and the ceiling beautifully painted. 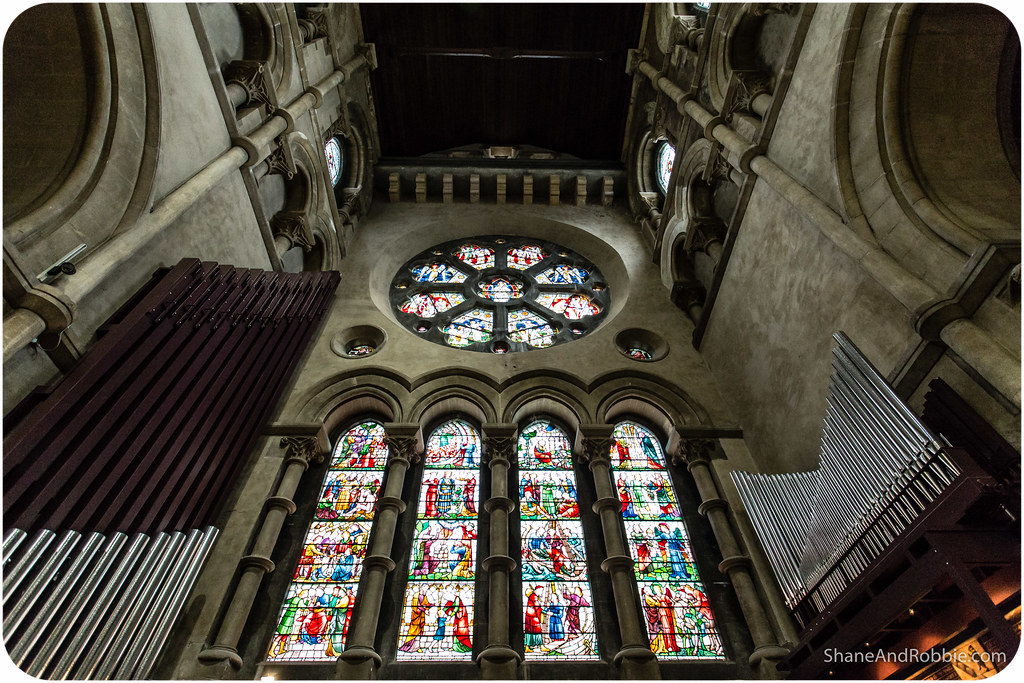 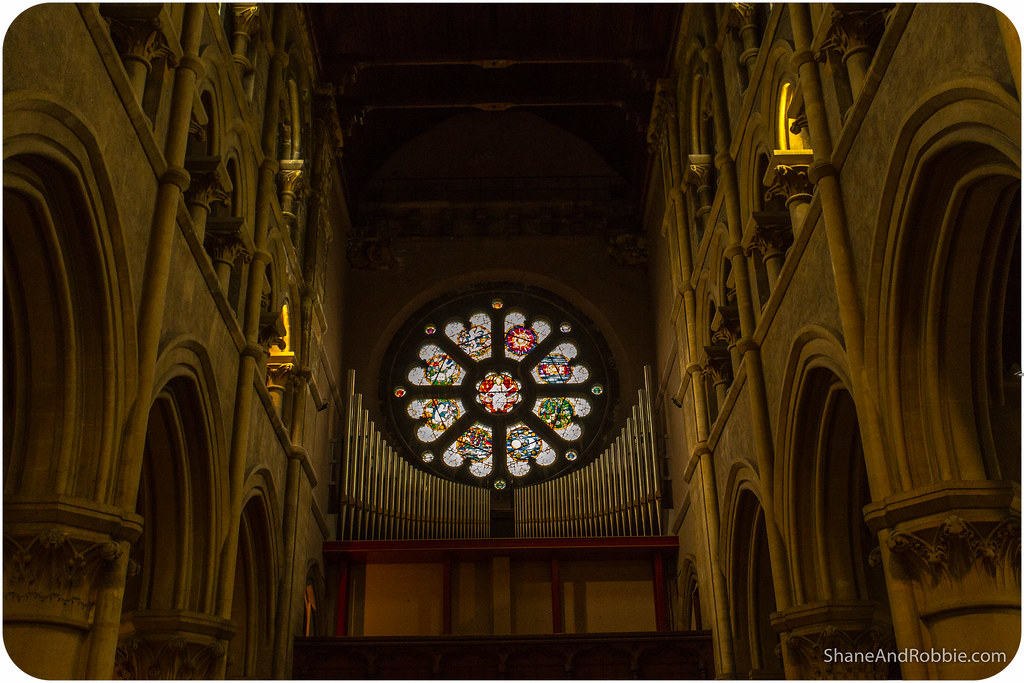 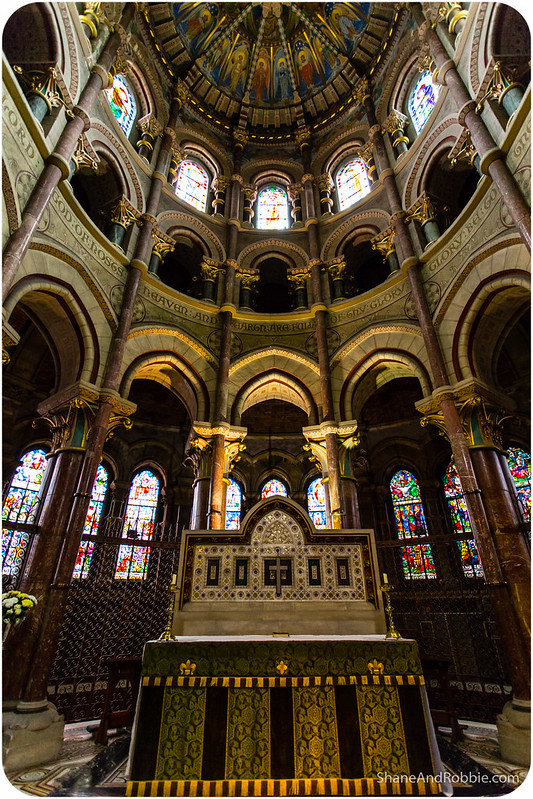 Walking from St Finbarre’s Cathedral, back across the river, and through the central part of Cork city we could see an interesting mix of buildings – some brand new and resplendent in glass and chrome, others dilapidated and covered in graffiti. It seems that Cork is a city in transition; many older buildings have yet to be repurposed and renovated, and as a consequence the city is a real mix of old and new. 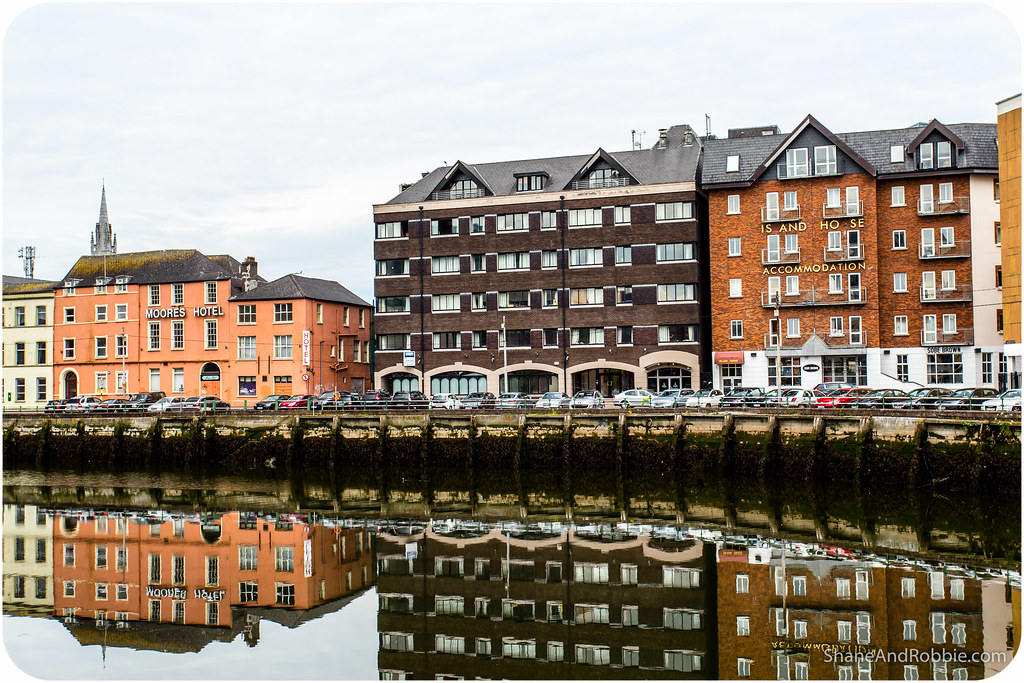 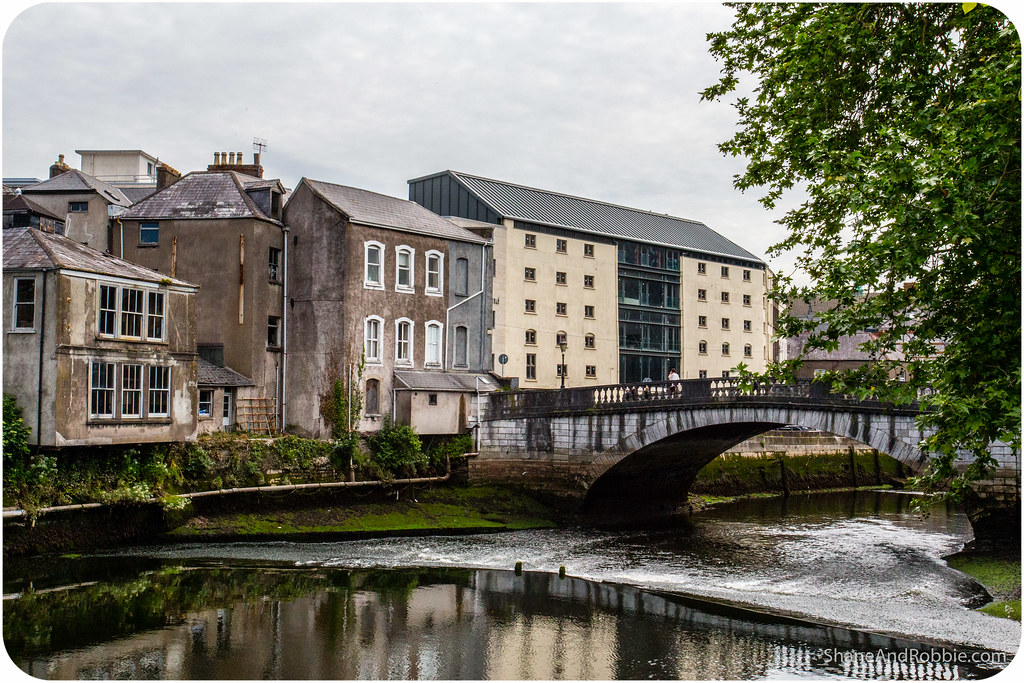 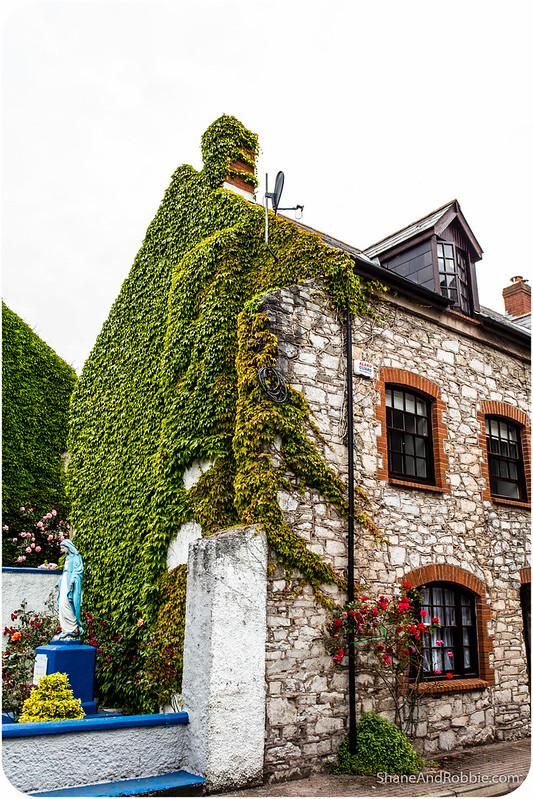 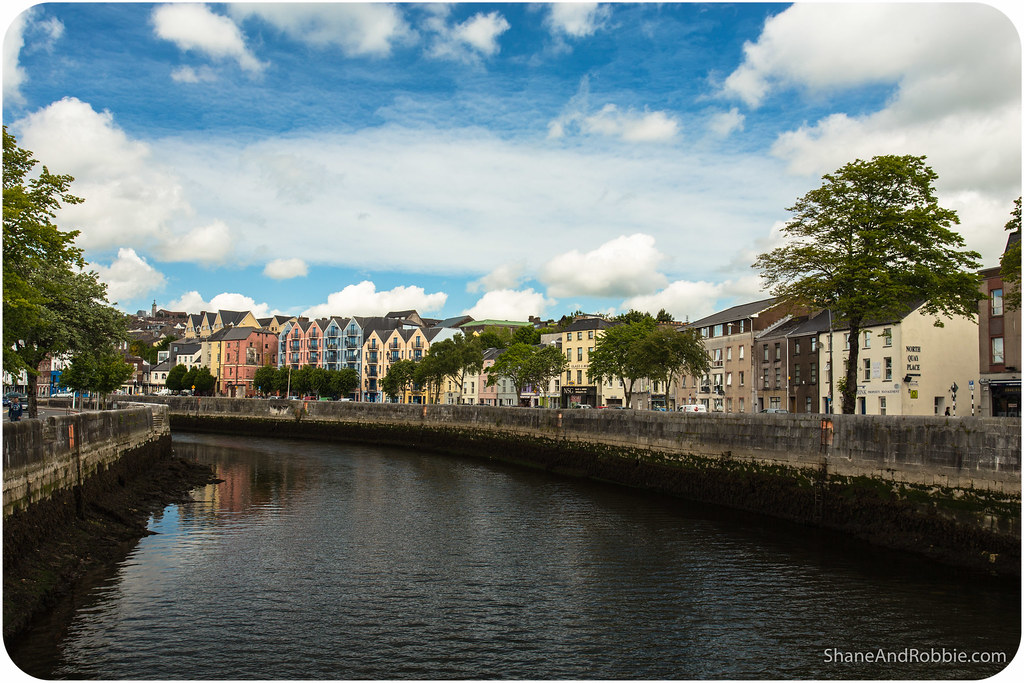 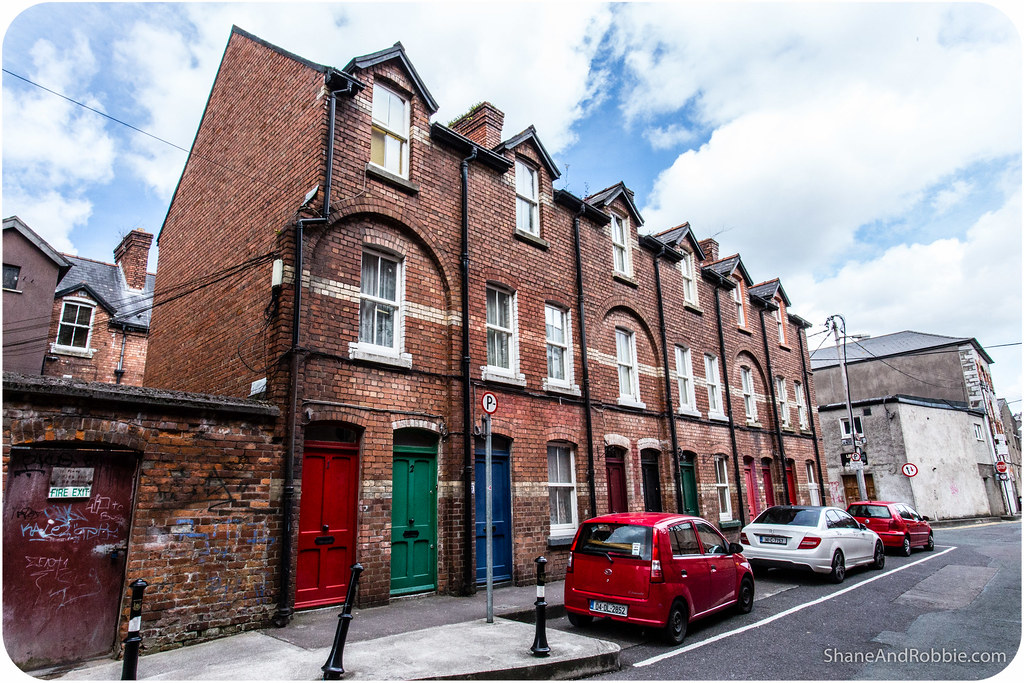 On the other side of this small city we found the Church of St Anne. This fairly small church is situated atop a small hill overlooking the city of Cork and the River Lee. 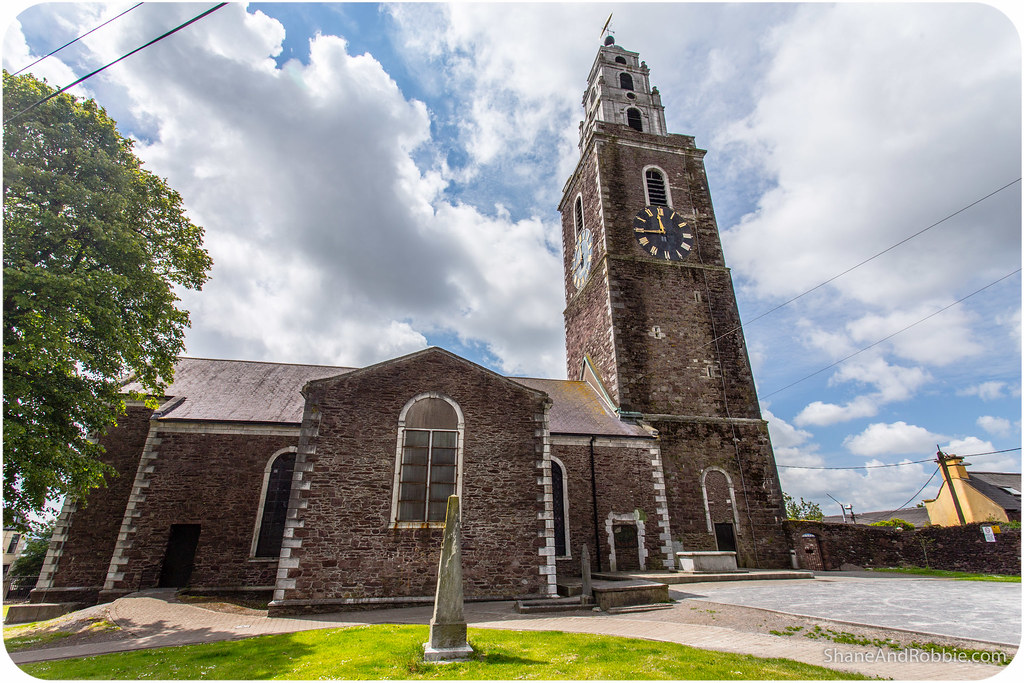 The church is famous for its 8 bells, the largest of which weighs over 1,500kg. We climbed the bell tower and rang the bells for fun (Shane managed to play the chorus of “Waltzing Matilda” on them). 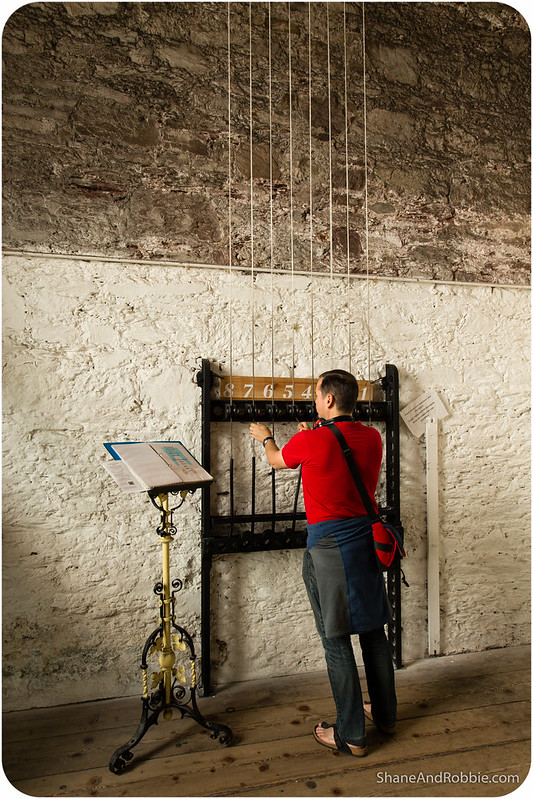 The staircase up to the top of the bell tower were narrow and steep and covered in pigeon poop, but the views at the top were great! We got a 360 degree view of Cork and the surrounding countryside. 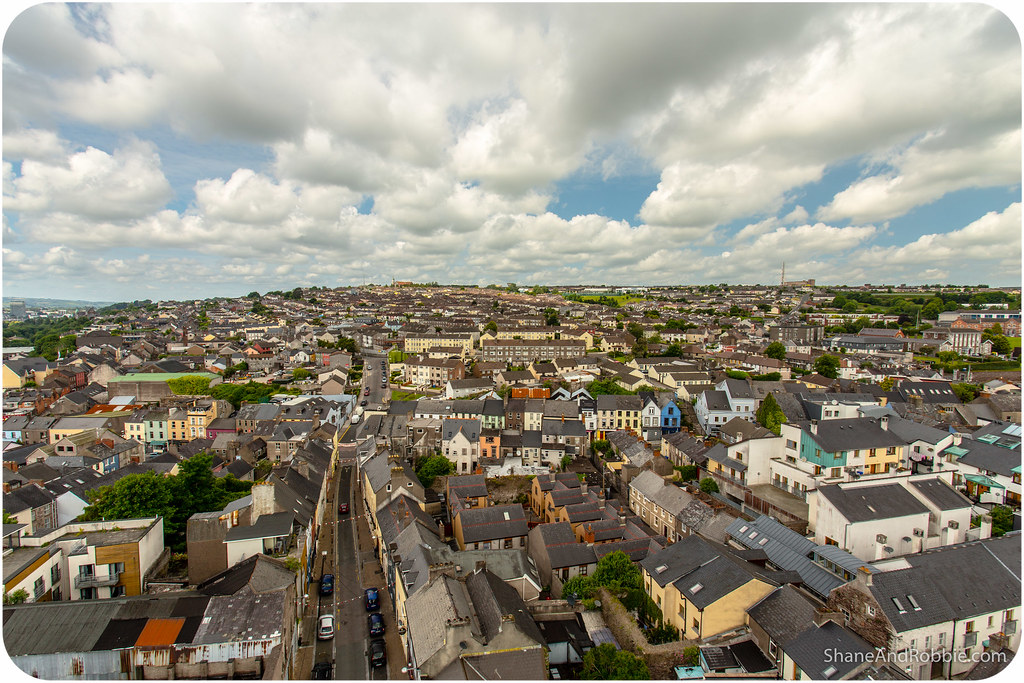 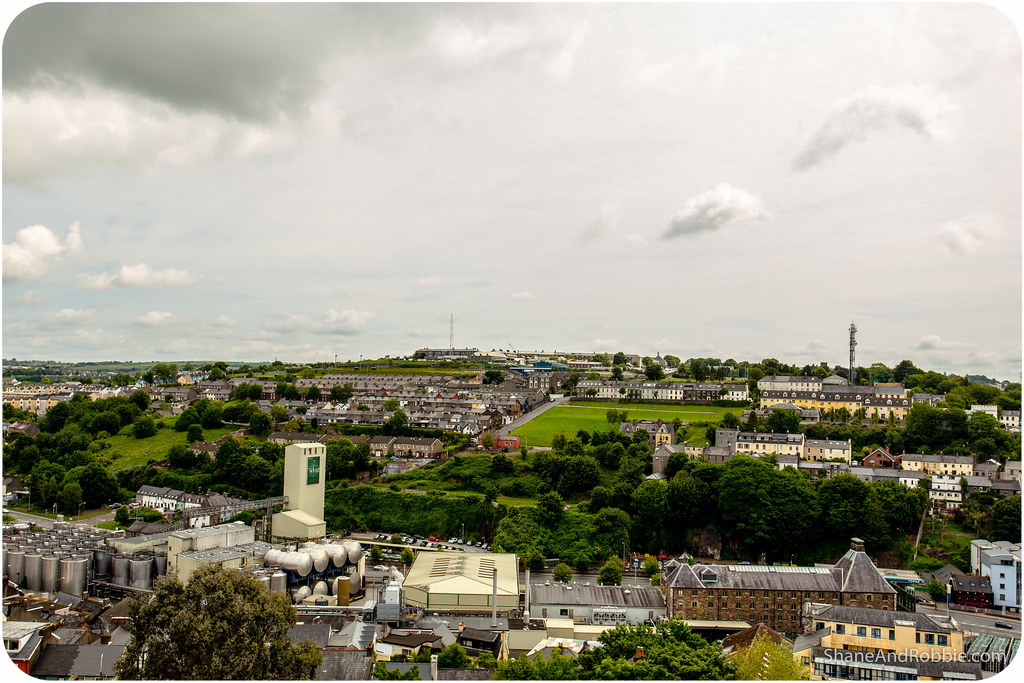 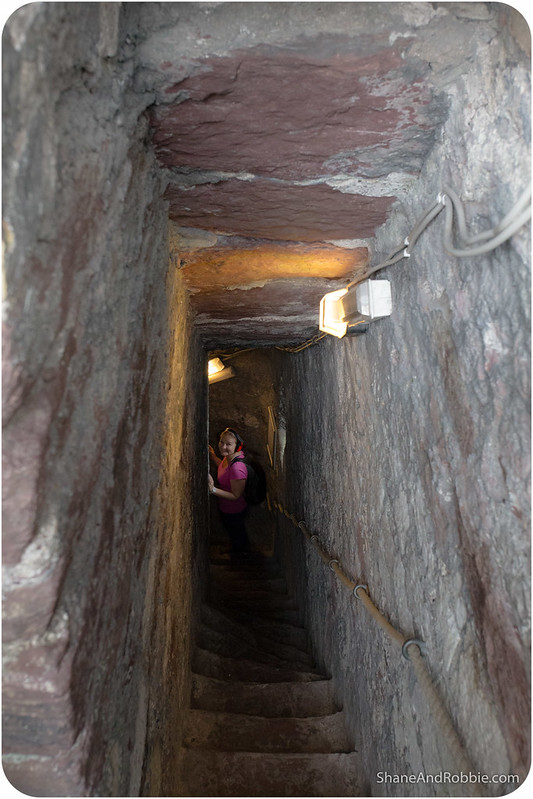 By this stage breakfast was starting to wear off and lunch beckoned. We decided to go back to The English Market for lunch; a mezzanine floor has been built above the market and a restaurant built above the hustle and bustle. The restaurant, known as The Farm Gate, serves produce sourced from below and is well known for its tasty meals. One Irish stew and corned beef lunch later we can attest: the food at the Farm Gate is, in fact, delicious! 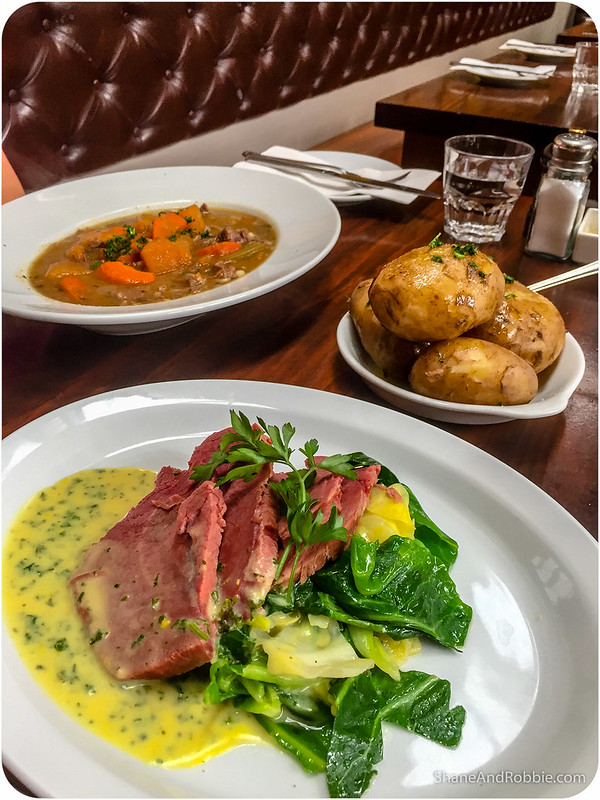 Lunch was awesome, but almost put us to sleep. To walk off the generous portions we decided to take ourselves to Cobh for the afternoon, where the fresh sea air could revive us. Just a half hour train ride away, Cobh is a satellite suburb of Cork these days. It’s where Corkonians go for some R&R, and it seemed like everyone was down there this afternoon enjoying the sunshine and fresh air. 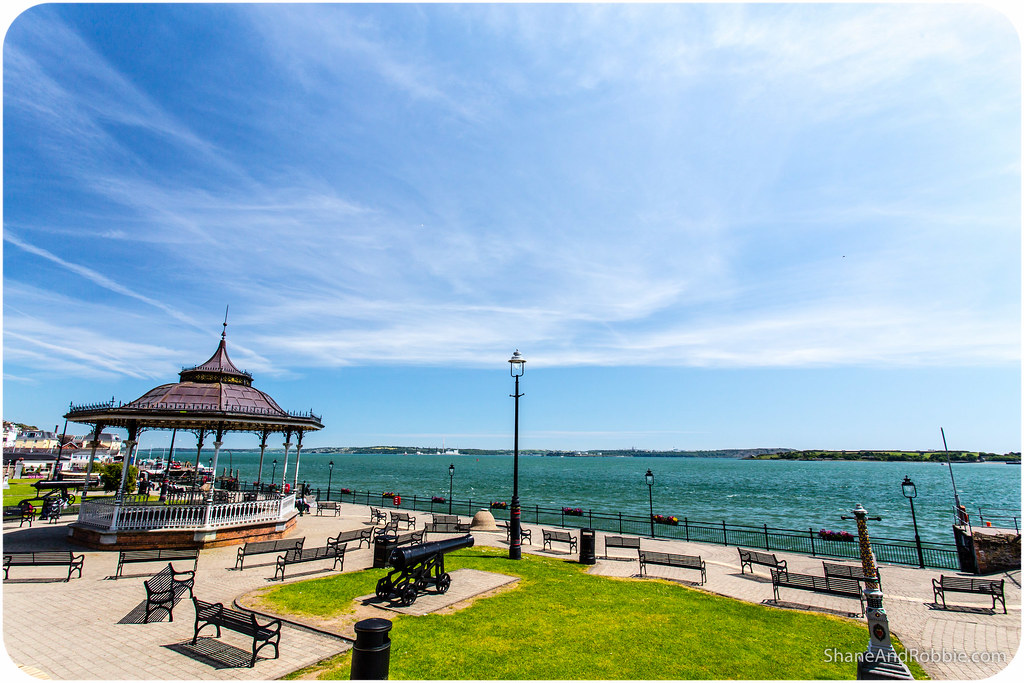 Cobh is home to Ireland’s only dedicated cruise terminal (there was a cruise ship in town today too, which might help explain the crowds), and is a regular stop for many tourists as this is the port the RMS Titanic left from on its ill-fated maiden voyage. 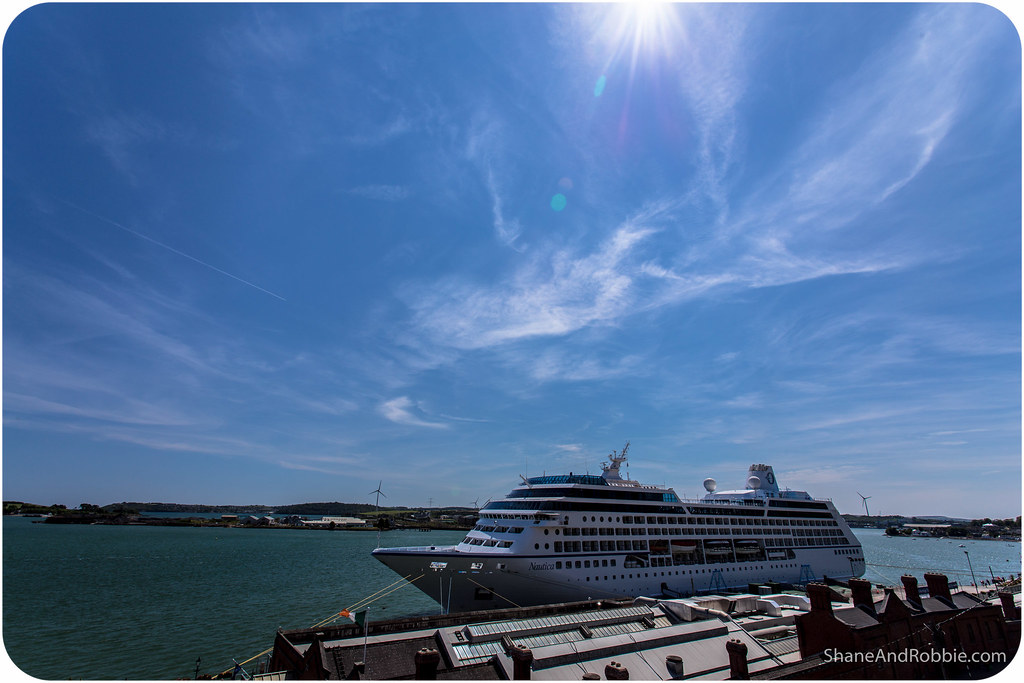 Many people visit Cobh searching for a link to their ancestors as well; this was the departure point for 2.5 million Irish people who emigrated to North America between 1848 and 1950. There is a statue on the waterfront of Annie Moore* and her brothers, dedicated to all those whose last views of Ireland were of Cobh and its harbour. No less poignant Cobh was also a major embarkation port for men, women and children who were deported to the penal colony of Australia during the 18th and 19th centuries.
*Annie Moore was the first person to be admitted to the USA through the immigration centre at Ellis Island, New York on 1 January 1892. 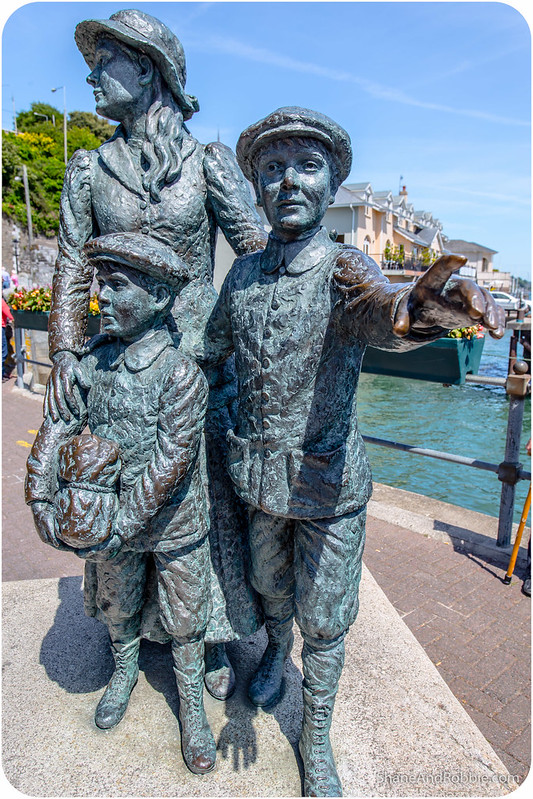 Today Cobh is a small seaside resort town with a thriving tourist trade and lovely seaside outlook. We happily spent the afternoon strolling its streets and eventually found a spare corner in our bellies for an ice cream. 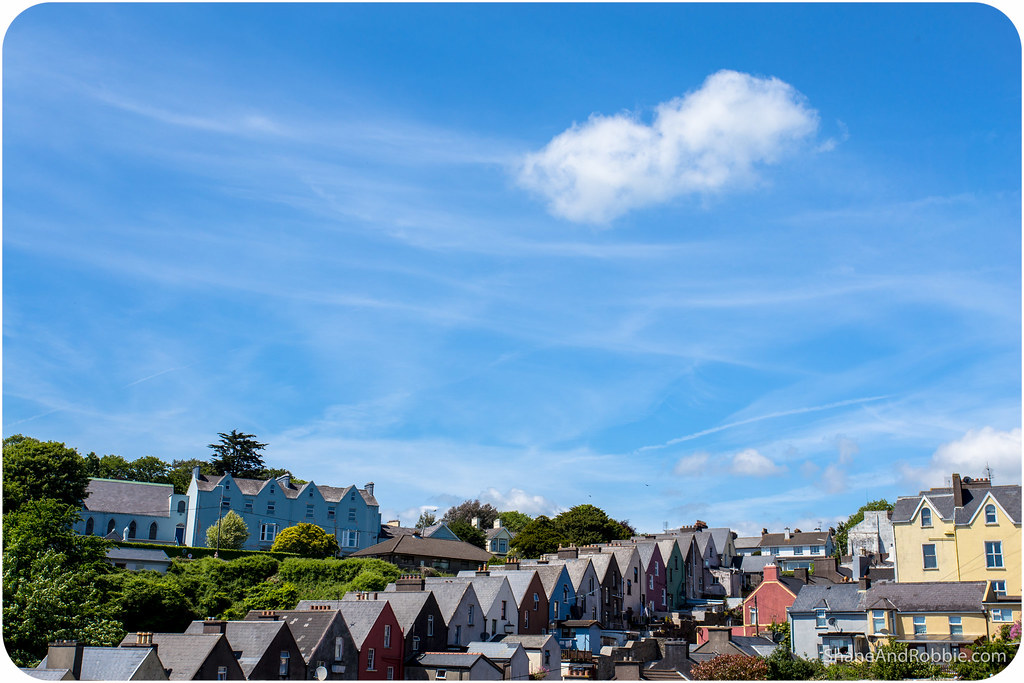 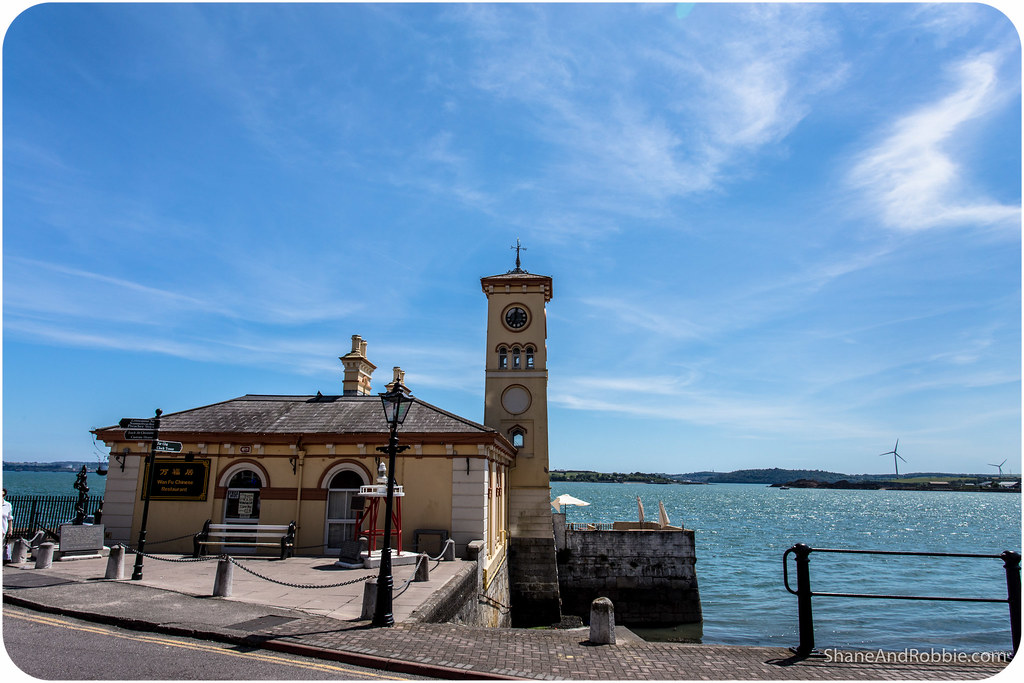 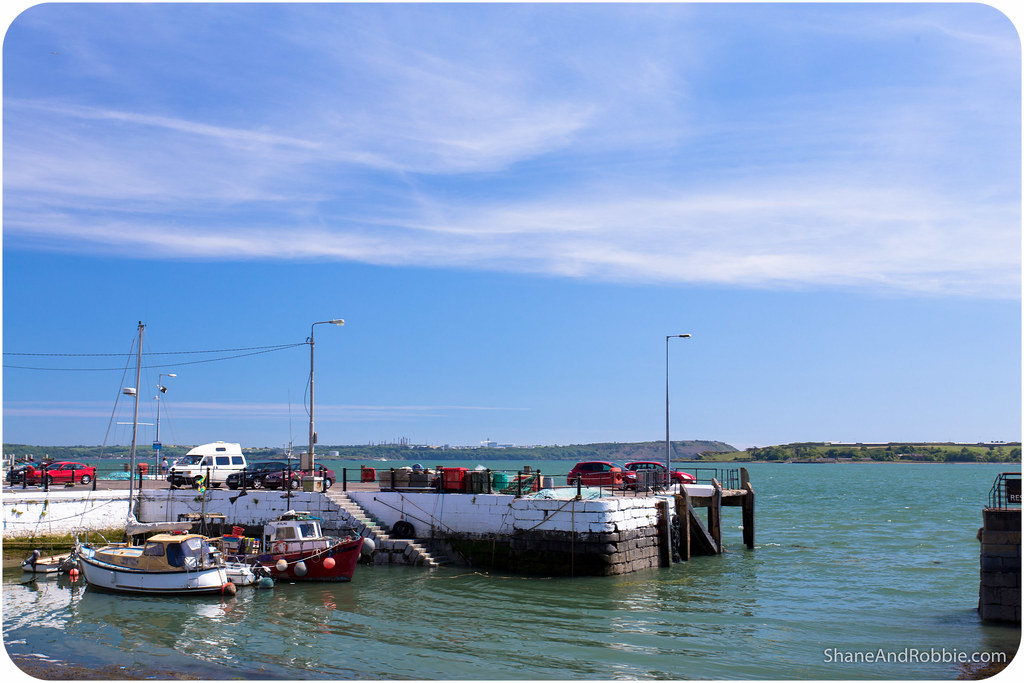 We’re back in Cork now, enjoying a quiet night in and planning our adventure for tomorrow. Where oh where shall we go tomorrow….. 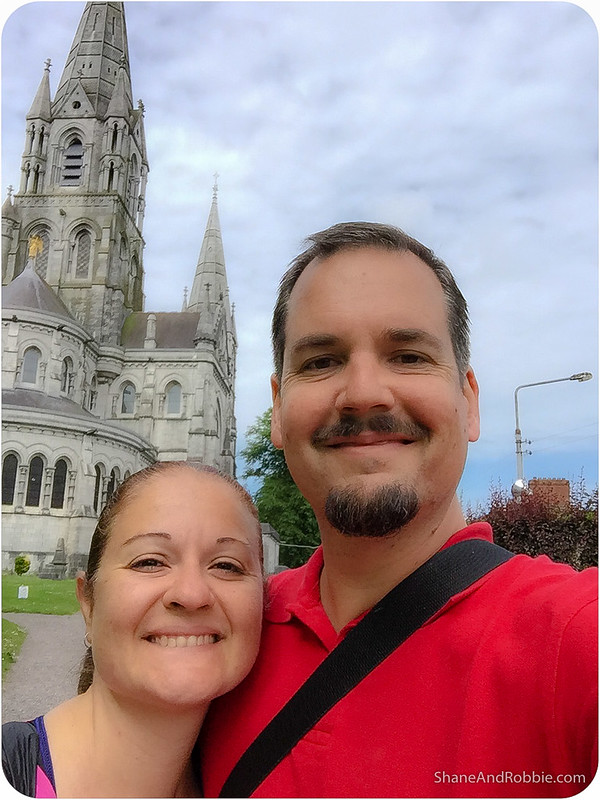