There’s no shortage of history in this 1,000 year old town. From prehistoric Gaelic settlement, to Viking town, Norman stronghold, and English Colonial capital, Dublin has had many incarnations. Today we set about exploring a bit of the capital’s history, and discovered along the way that we really like this place! 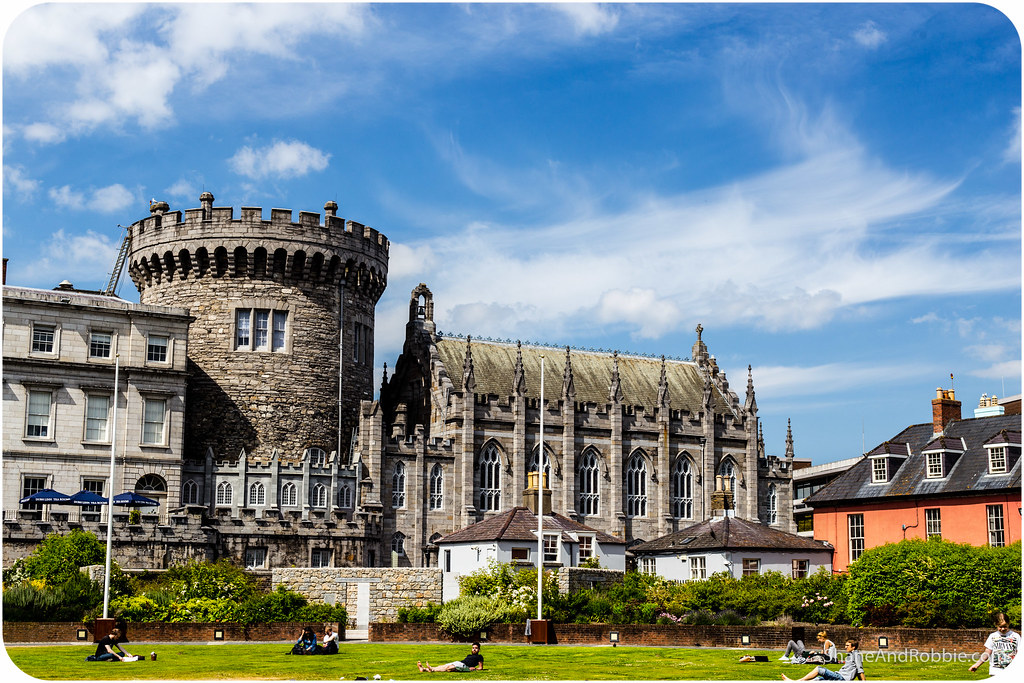 We thought that, when in search of history, a good place to start would be the museum. And so we set out for the National Museum of Ireland to see displays on prehistoric Ireland, the Vikings, and medieval periods. The history of Dublin (and Ireland as a whole) was revealed to us there, piece by piece. 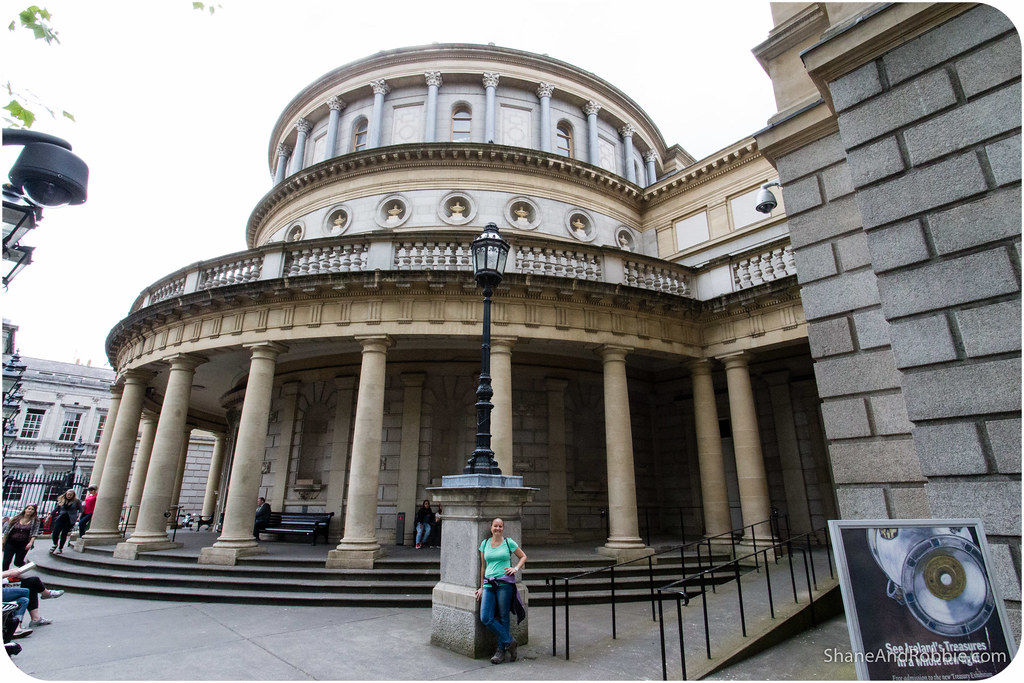 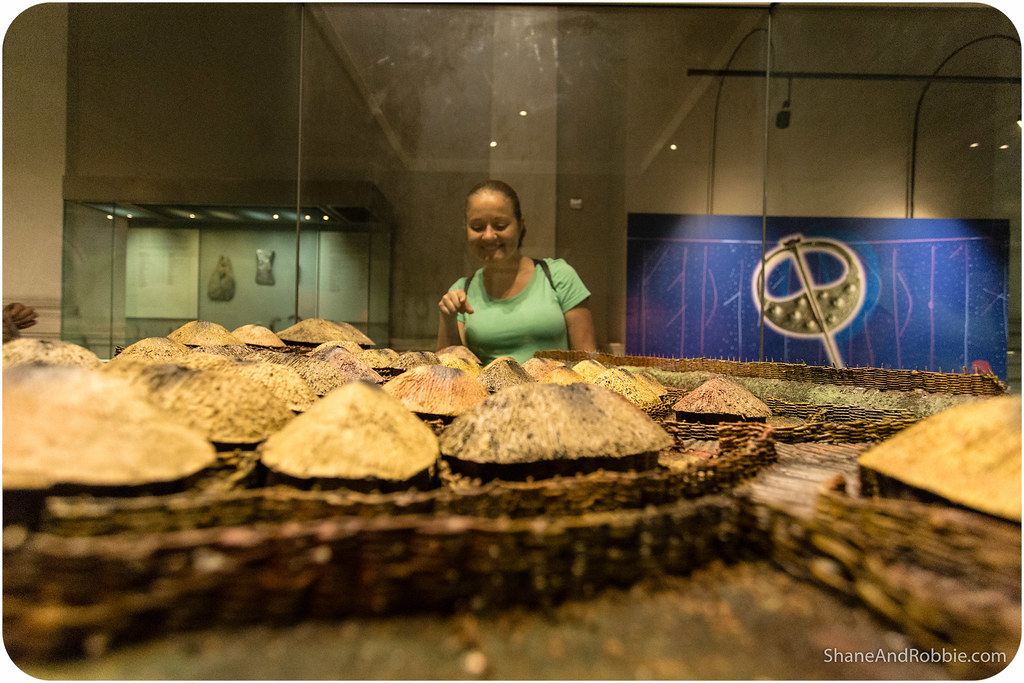 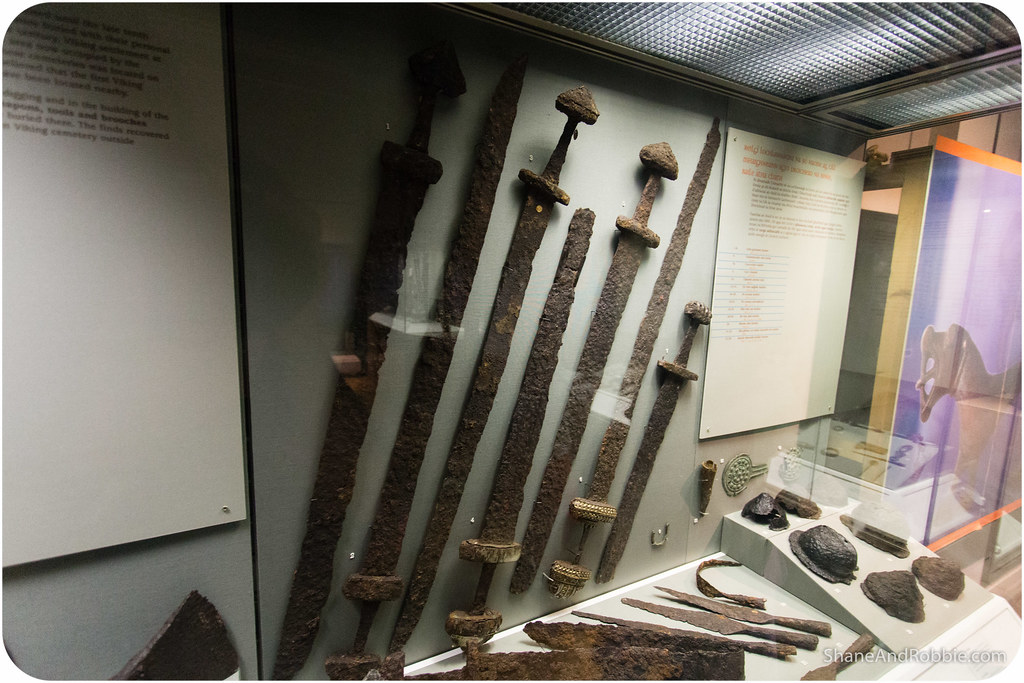 We learnt that, although the area around Dublin Bay has been inhabited since prehistoric times, the actual city of Duibhlinn (forbearer of modern-day Dublin) was founded as a Gaelic settlement in 9th century. Following that the Vikings arrived in the 10th century and made themselves at home; then the Normans sailed across from France (via Wales) in 1169 and stamped their mark on the city. Finally, the English colonised Ireland and the small settlement of Dublin became the seat of British rule in Ireland. 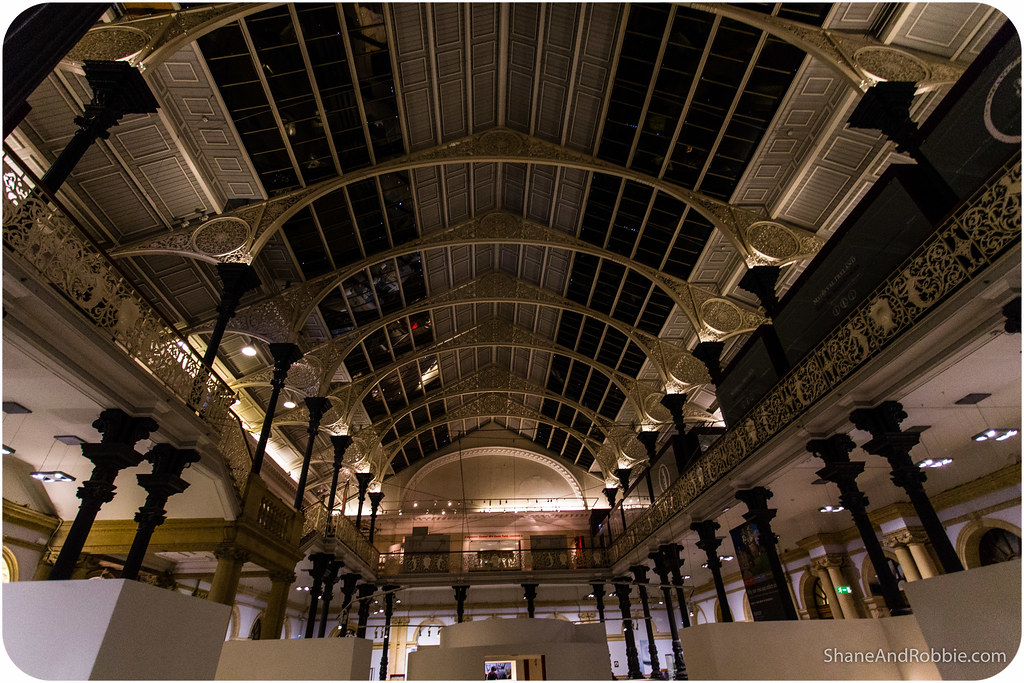 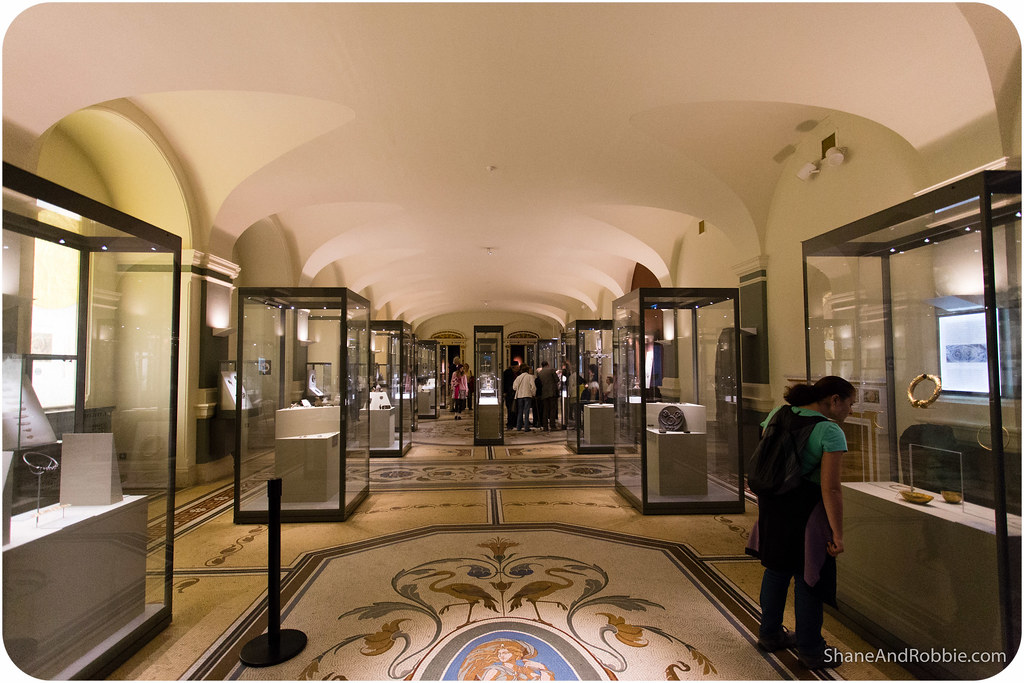 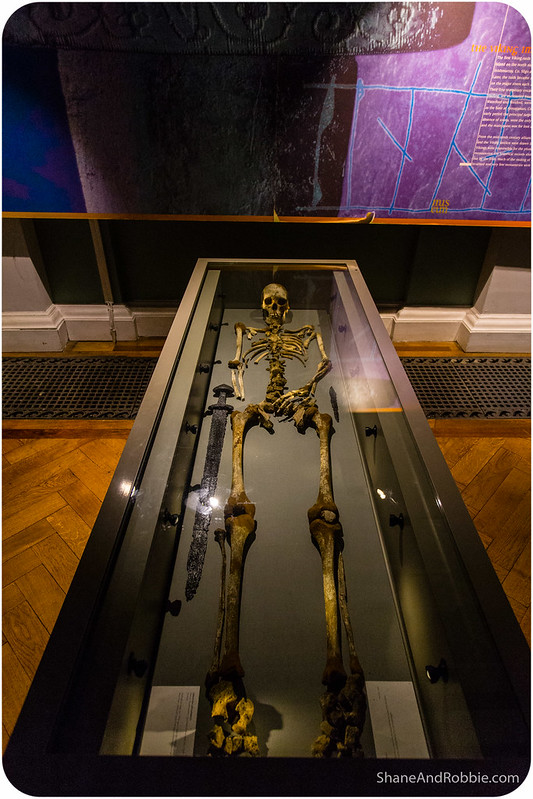 It was the English that built Dublin Castle in 1204 as a fortified base from which to govern Ireland. We visited the castle too, expecting some monumental Medival fort, but finding instead a rather strange conglomeration of buildings from all different eras. Most of the castle dates from the 18th century, though The Record Tower, the sole surviving tower of the medieval castle, dates from 1228. 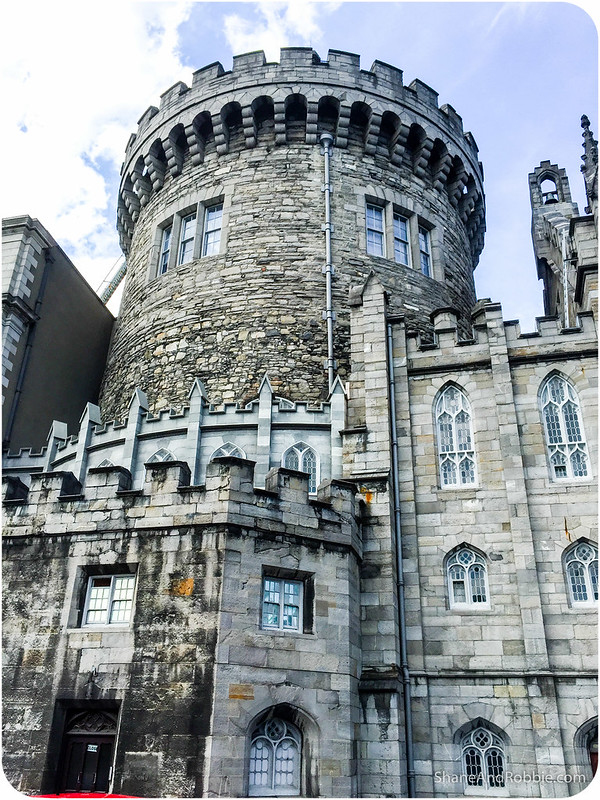 When Ireland gained independence in 1922, Dublin Castle ceased to function as the seat of government. It served for a few years as a temporary Court of Justice when the original one burnt down, but when that was rebuilt the castle languished in disrepair. In recent years it’s been refurbished and is now used as a conference centre, of all things! 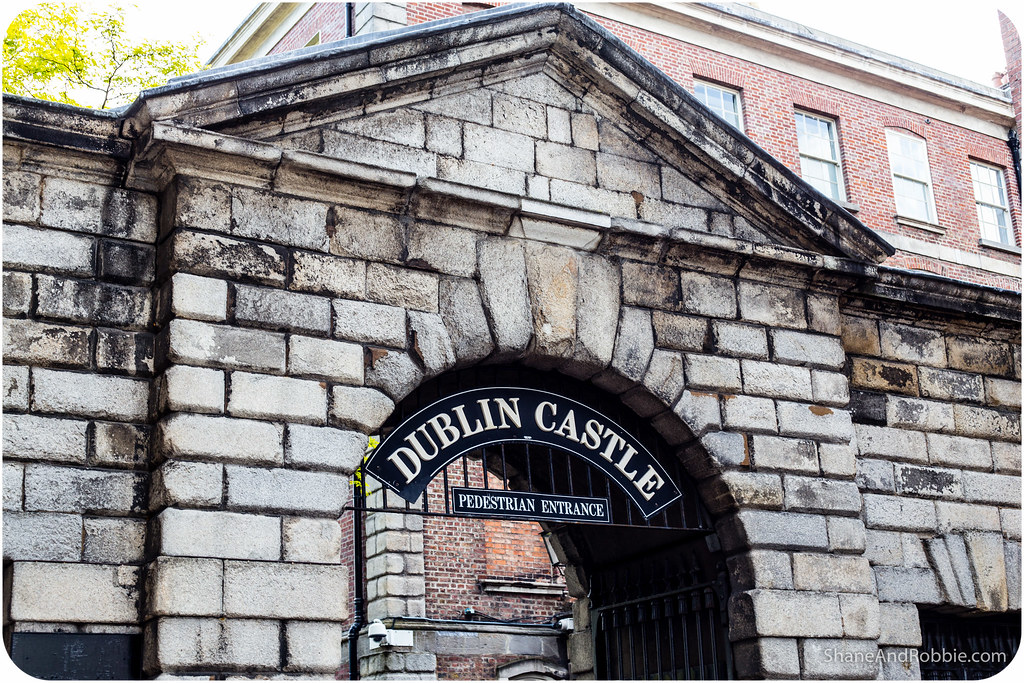 The city remained a relatively small settlement throughout the Middle Ages. It was during this era of British rule, however, that some of the city’s best known buildings were constructed – including the 2 cathedrals* of Dublin: St Patrick’s Cathedral and the Christ’s Cathedral.

*At the time they were built there was no precedent for a 2-cathedral city and the competition for dominance between the 2 sites of worship was apparently quite fierce. Finally, in the year 1300, an agreement was drawn up that delineated how the 2 churches were to be used to ensure both were utilised concurrently and equally. Complicated business, the politics of religion. 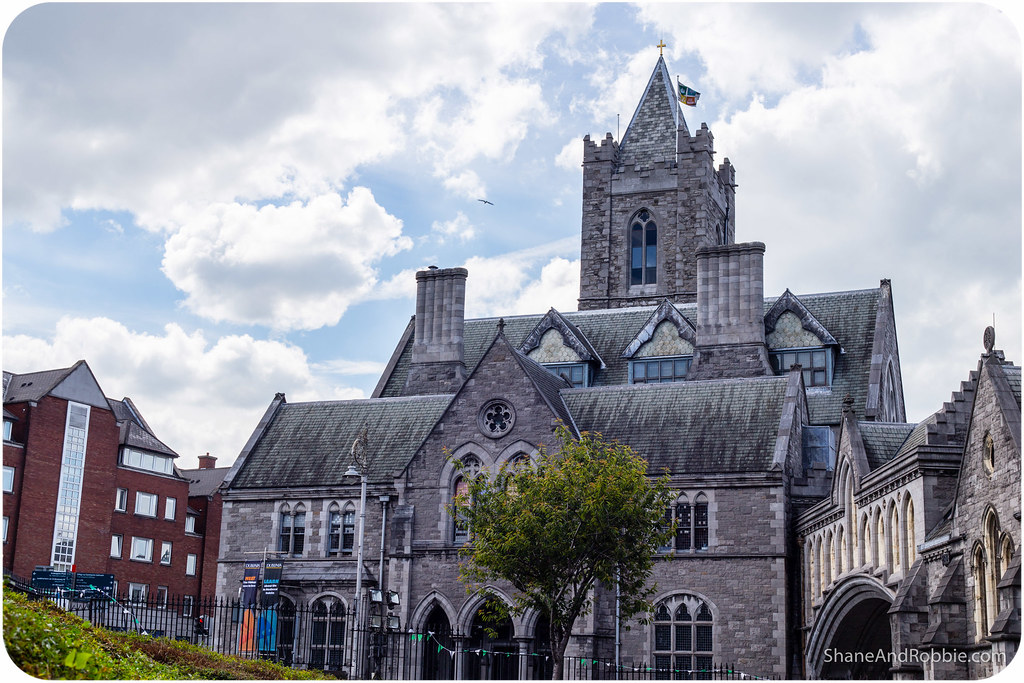 Christ’s Cathedral is the elder of the capital city’s 2 medieval cathedrals. Founded in 1028, this large church had beautiful mosaic floors and a crypt below. The crypt is the largest in Ireland and houses some religious artefacts from the ages. The artefacts were interesting enough, but we went down into the crypt childishly hoping to find some macabre sights to gasp at. Instead we had to read and learn stuff! 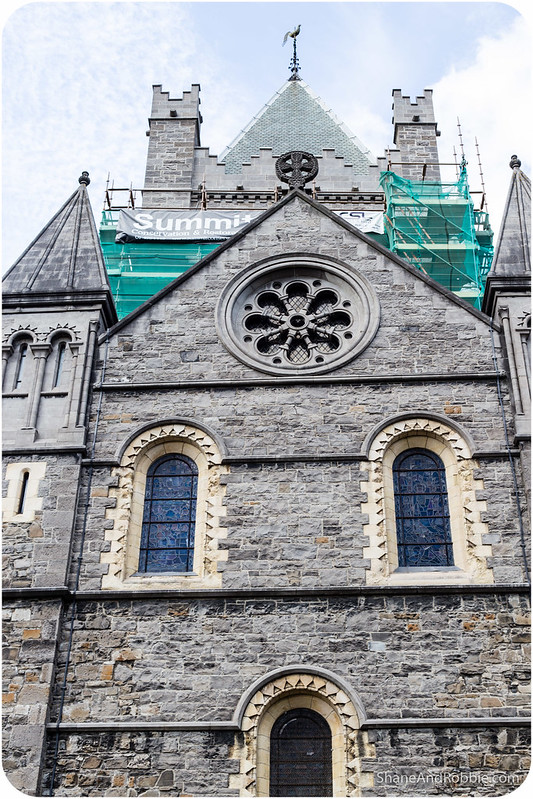 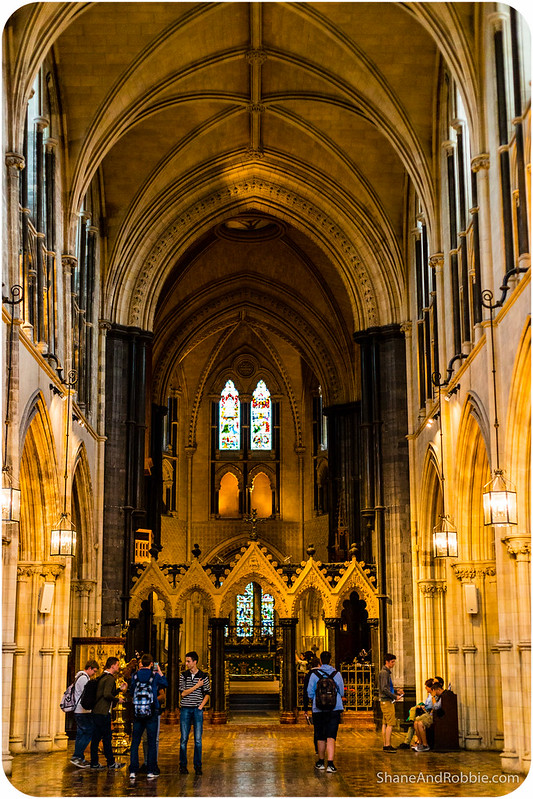 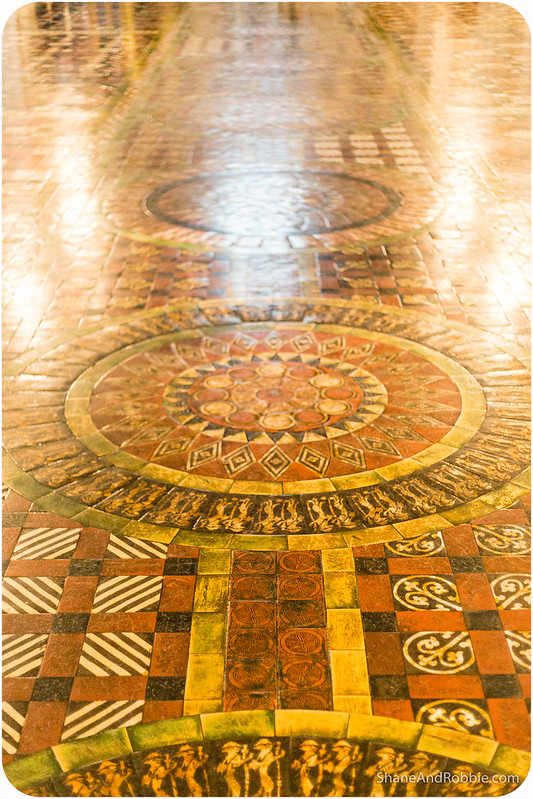 Undaunted we continued on to St Patrick’s Cathedral, just around the corner. THIS cathedral, founded in 1191, is larger than the first and was built atop a holy well supposedly used by St Patrick to baptise pagan Irishmen. An ancient stone slab, carved with a Celtic cross, marks where the well once was. 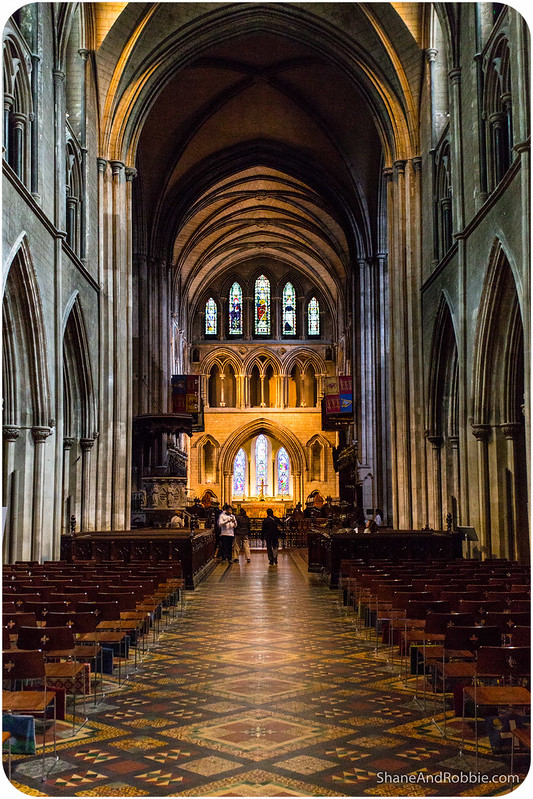 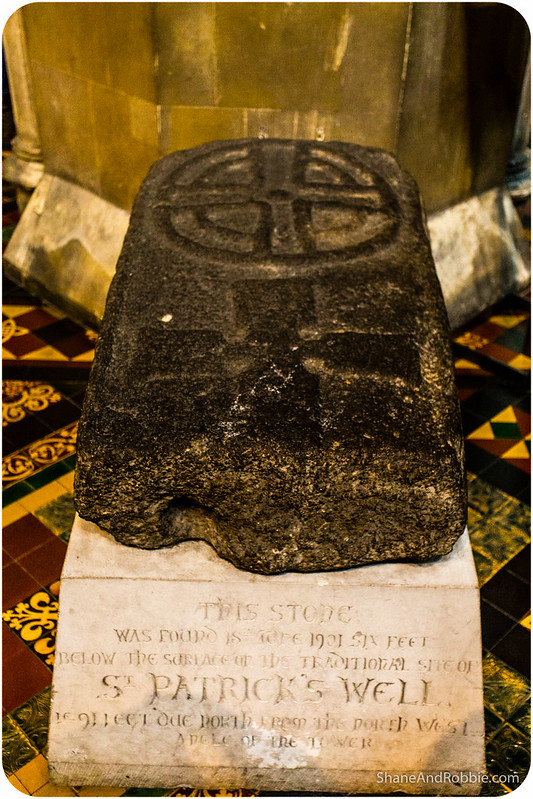 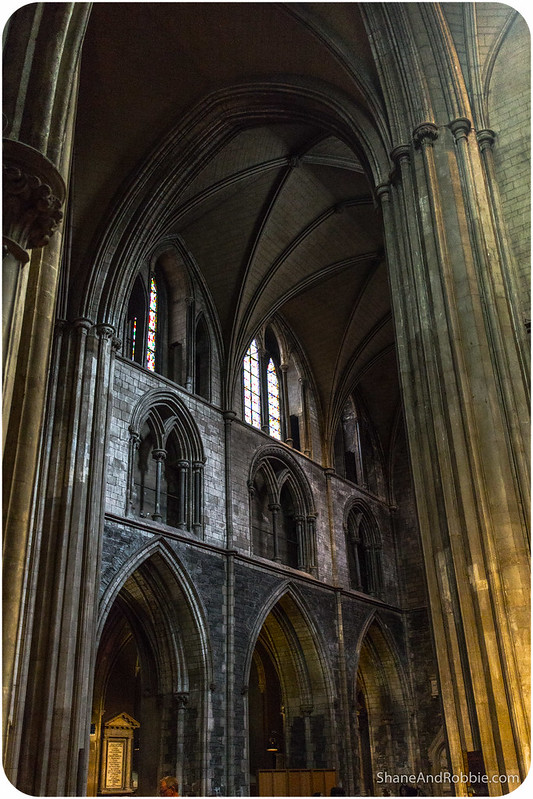 St Patrick’s Cathedral was certainly the more impressive of the 2, though the best bit for us was the garden next door where we sat and enjoyed the transient sunshine for a while. 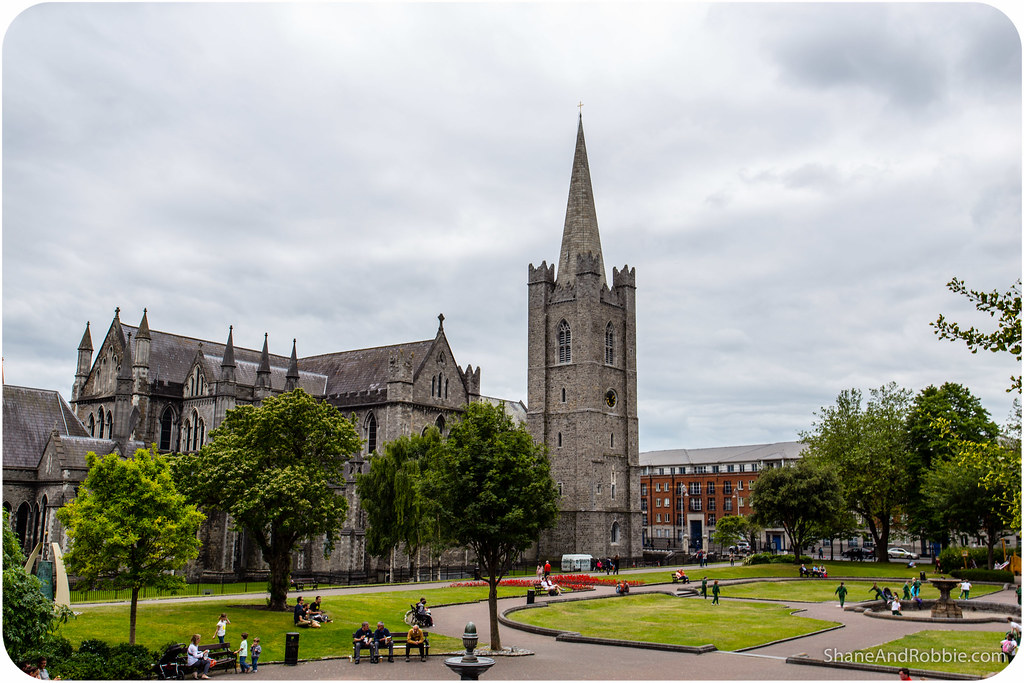 As the Middle Ages gave way to The Renaissance, Dublin’s fortunes grew and the city was, at one stage, the second largest in the British Empire. During this time of discovery and enlightenment, Trinity College was built. This last stop was easily our favourite of the day – especially the Old Library. 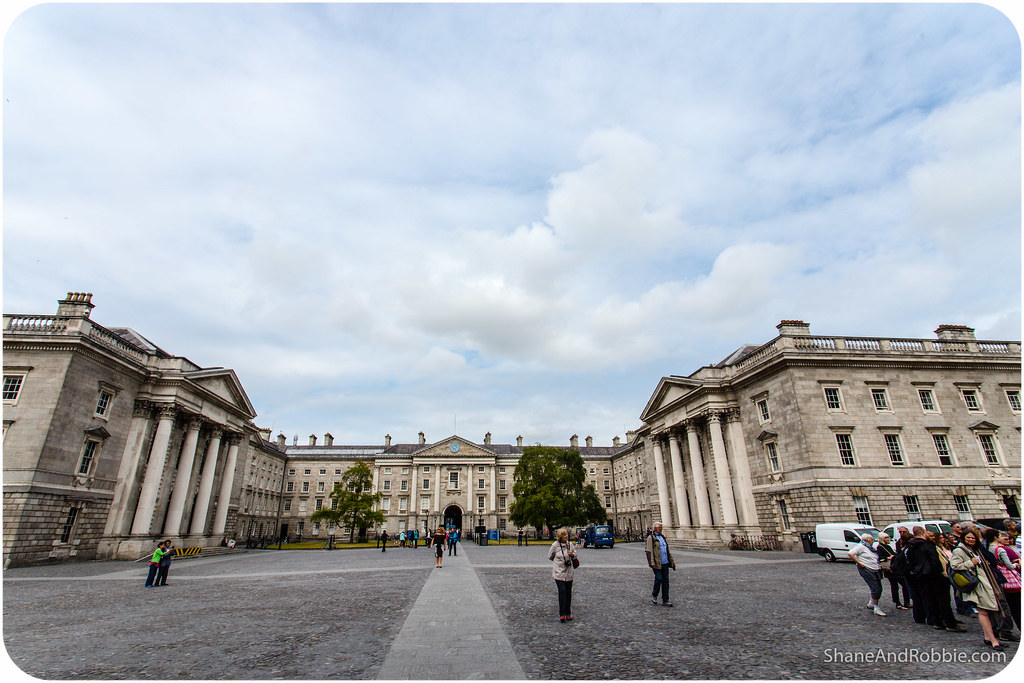 Trinity College is the oldest university in Ireland and one of the oldest in the world. Founded in 1592 the college stretches across 47 acres of land and is comprised of 3 faculties and 25 schools. Originally built outside the city walls of Dublin, Trinity College is now surrounded by the city but retains an air of elegance that many of the modern buildings around it cannot hope to match. 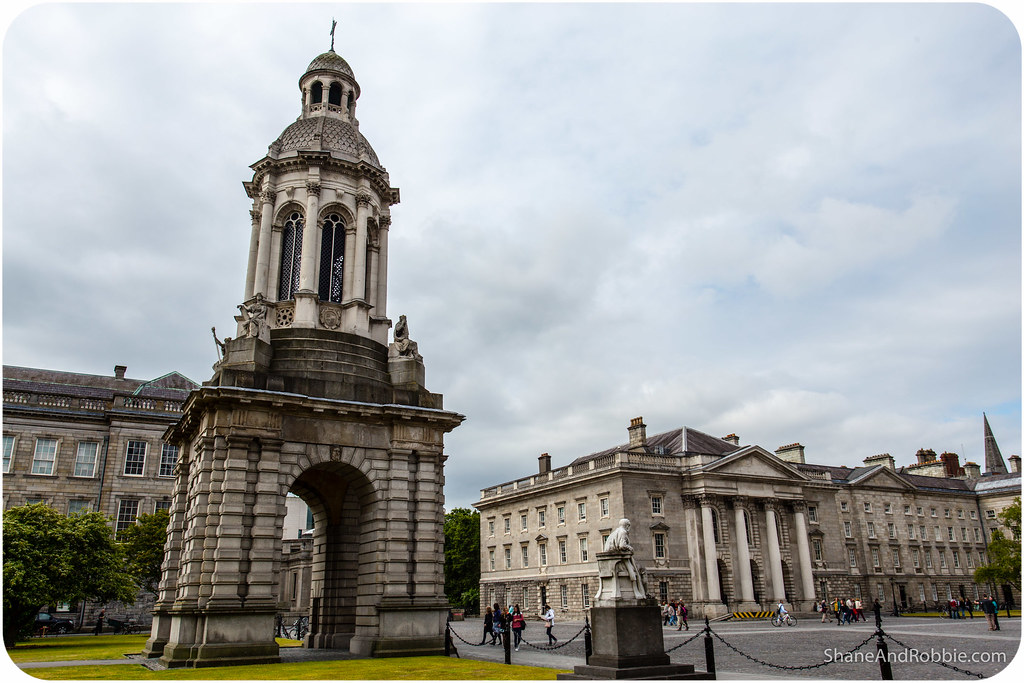 It was seen as the university of the Protestant elite for much of its history, and although Catholics were permitted to study there, they were never permitted to teach there or receive collegial scholarships. So tarnished was the university with its reputation as a “Protestant school” that the Catholic Church in Ireland forbade its adherents from attending! 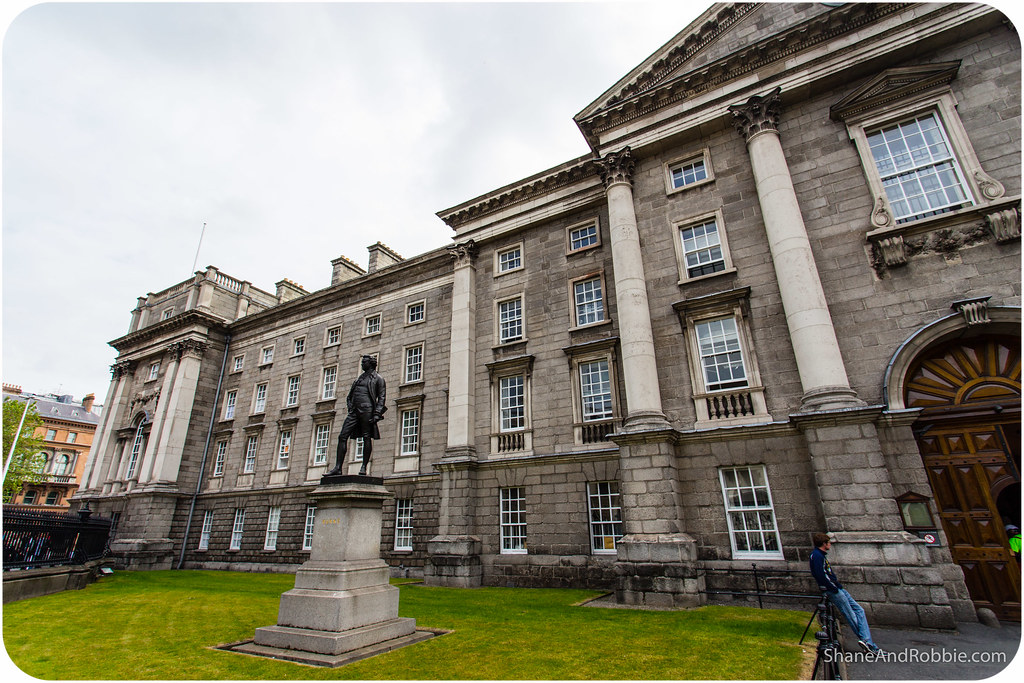 Trinity College is one of Dublin’s most visited tourist sites; specifically, the Old Library at Trinity College is Dublin’s MOST visited site. Why do millions of people (including us) flock here every year? Because this vast deposit of books contains over 4.5 million printed volumes, including one of the oldest books in existence: the Book of Kells. 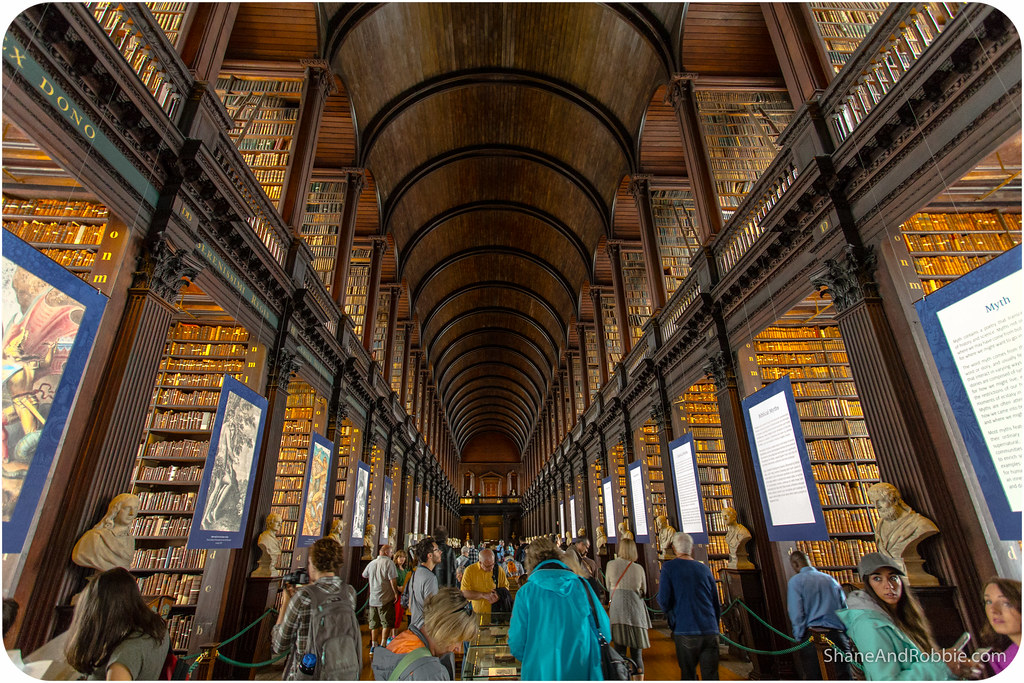 The Book of Kells is a manuscript created by Christian monks around 800AD. It contains the words of the Gospels in Latin and is extravagantly illustrated. Believed to have been created by monks living on the Scottish island of Iona, the book ended up at the Abbey of Kells* for safe keeping after Vikings raided Iona. It was kept there safely until 1654 when Oliver Cromwell’s Protestant forces swept through the land, at which point the book was brought to Trinity College. And there it has remained every since, its decorated pages perfectly preserved and now available for viewing to the paying public.

*Kells is a small town north-west of Dublin. 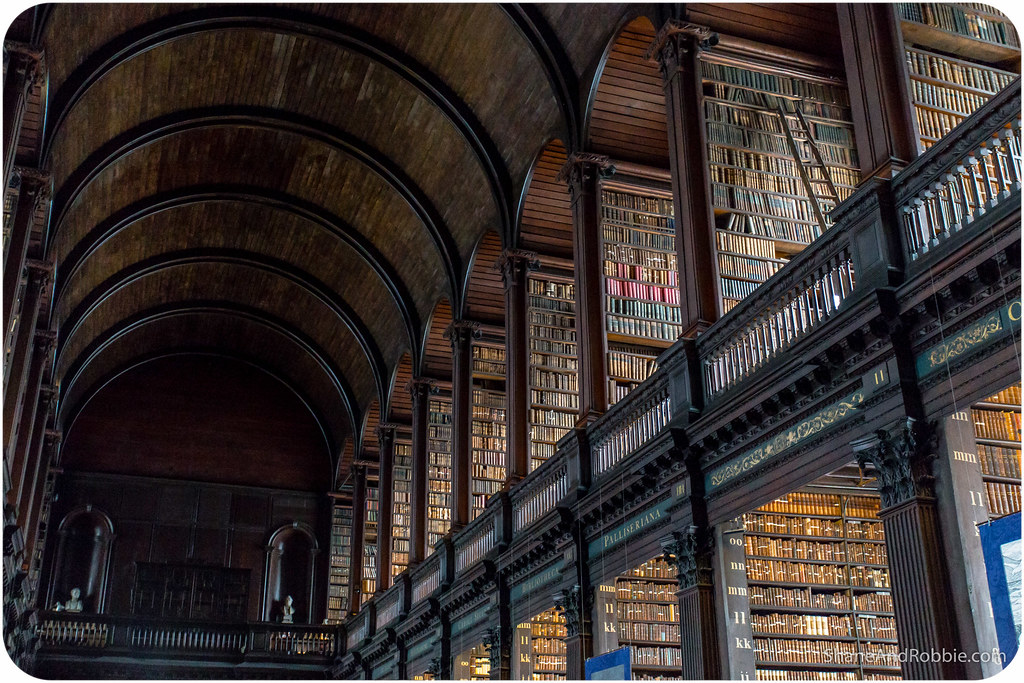 Given the book’s age and value, it’s no surprise that we couldn’t touch it or photograph it, but it was still cool being able to pear through the glass at a couple of pages of this ancient text. The decorated pages of the Book of Kells were far more colourful than we thought they would be, with Celtic knots and interlacing patterns drawn in amazing detail. 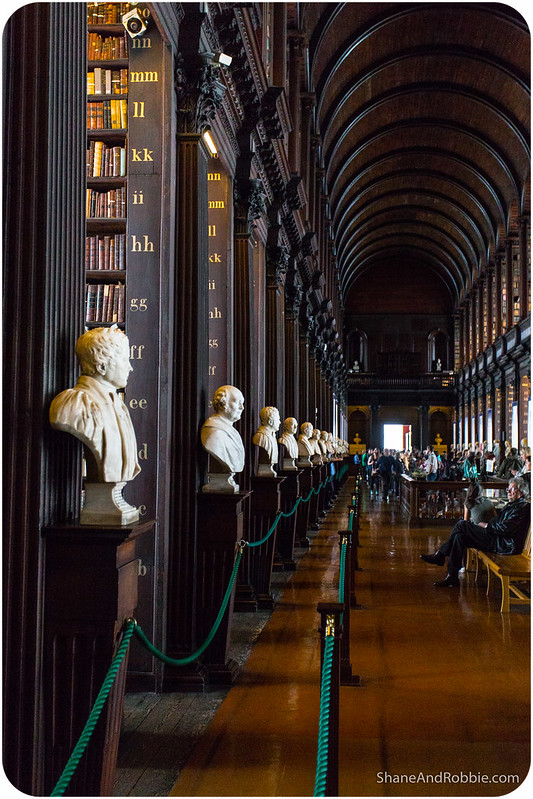 The rest of the library was very cool too, with its rows and rows of leather-bound volumes on display. It was fascinating looking at some of those books, thinking about the value they represent. Books used to cost so much, and the knowledge they contained often extremely hard to come by. That kind of importance seems almost inconceivable in today’s era of ubiquitous information, free access to facts, and ebooks. And yet, in the presence of so many centuries of learning, we couldn’t help but be impressed. 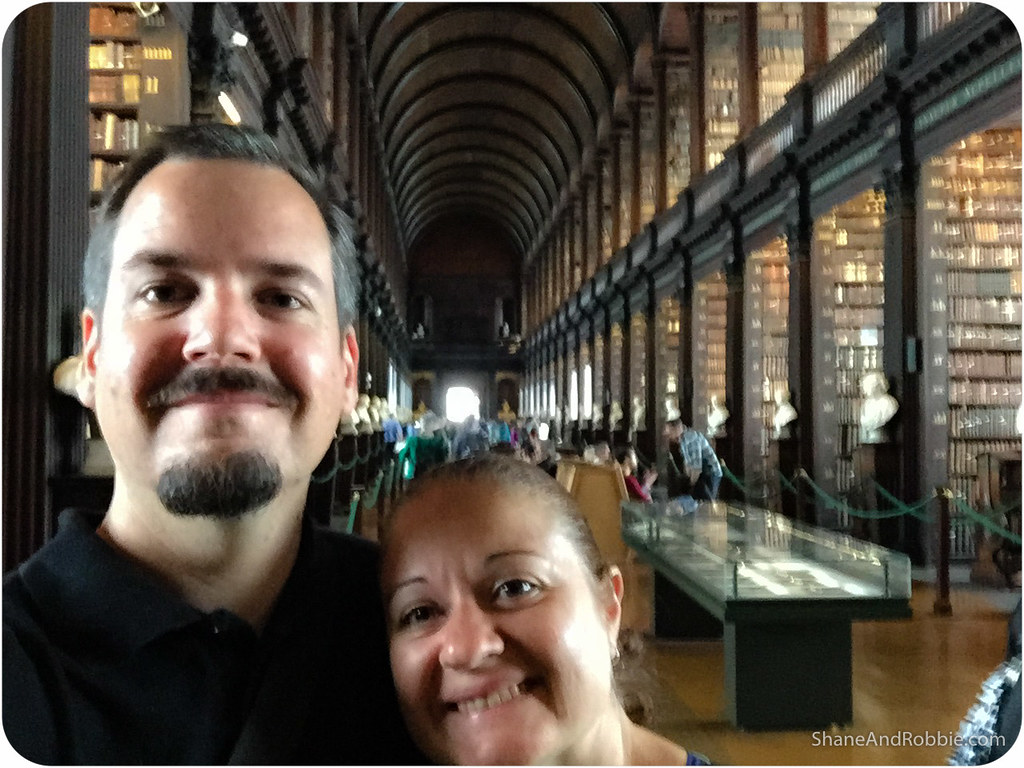 Trinity College was our last stop for the day before we crossed back over the River Liffey, our heads full of history and our feet sore from pounding the pavement all day. Given that our bellies were already rumbling we headed straight back out for dinner after a quick shower. We found a great gastro-pub* just around the corner and enjoyed an awesome meal before waddling home for a well-deserved rest. Dublin entertained us and fed us well today, that’s for sure!

*Pub that serves good food (not just pies and chips). 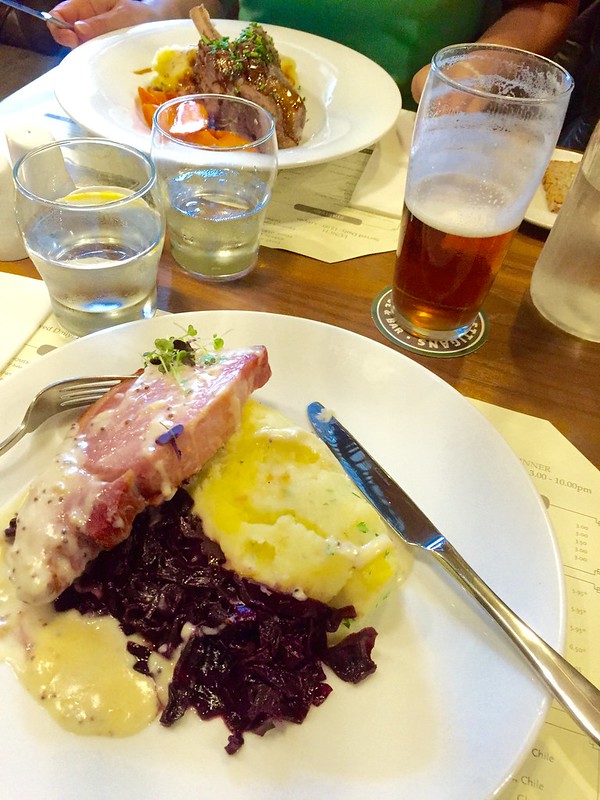