Snowdonia National Park is home to more than 25,000 people, most of them farmers. Today we went exploring through some of the rural landscapes of this area, enjoying the sunshine and views of Mt Snowdon as we crossed fields, clambered over stiles, and strolled through tiny rural hamlets. Along the way we saw a Neolithic burial chamber, a herd of alpacas, and a whole lot of glorious scenery. 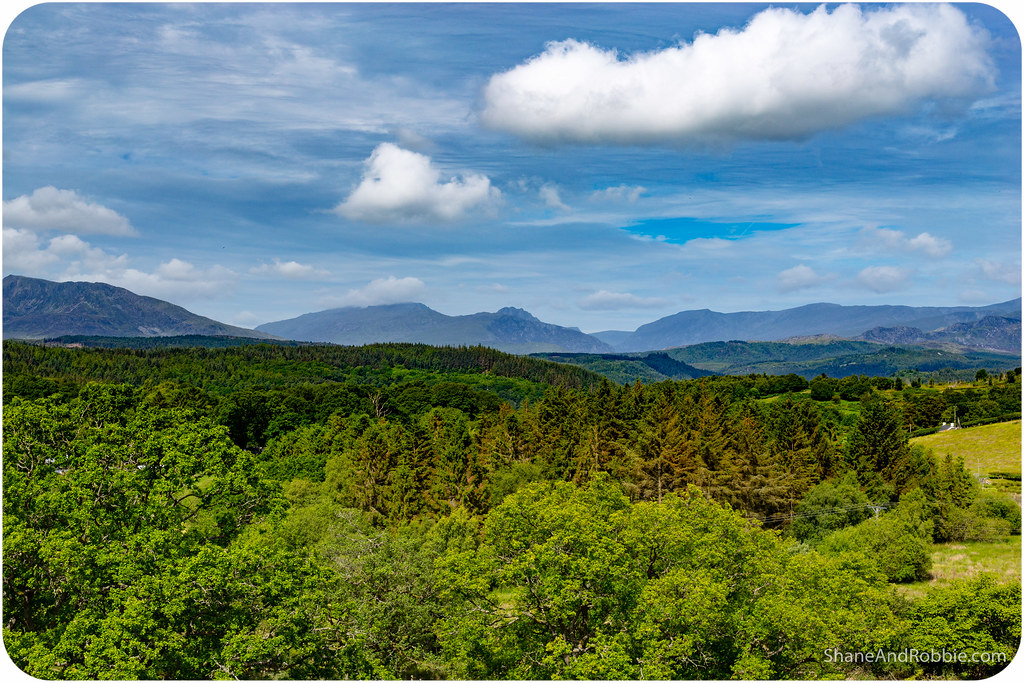 Yesterday’s trek took us west, along the banks of the River Llugwy; for a different set of views we went east today, up into the hills above Betws-y-Coed. 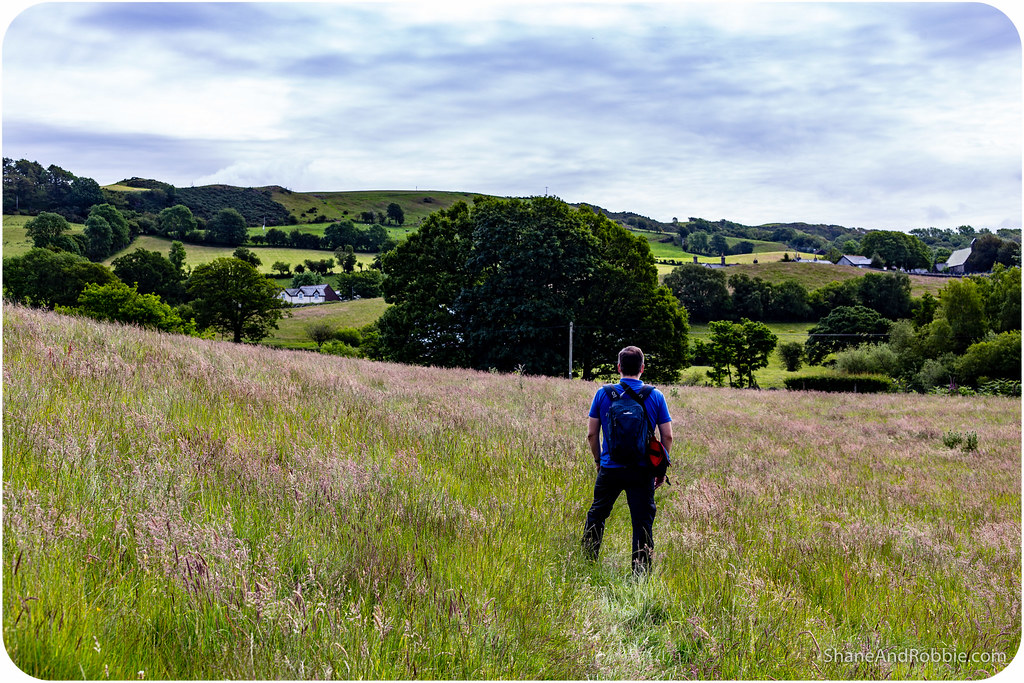 The first part of our walk was all uphill, as we climbed out of the Conwy Valley (within which Betws-y-Coed sits) and into the Garmon Hills. Up there the land is a mixture of sheep and dairy farms, with a bit of woodland thrown in for good measure. 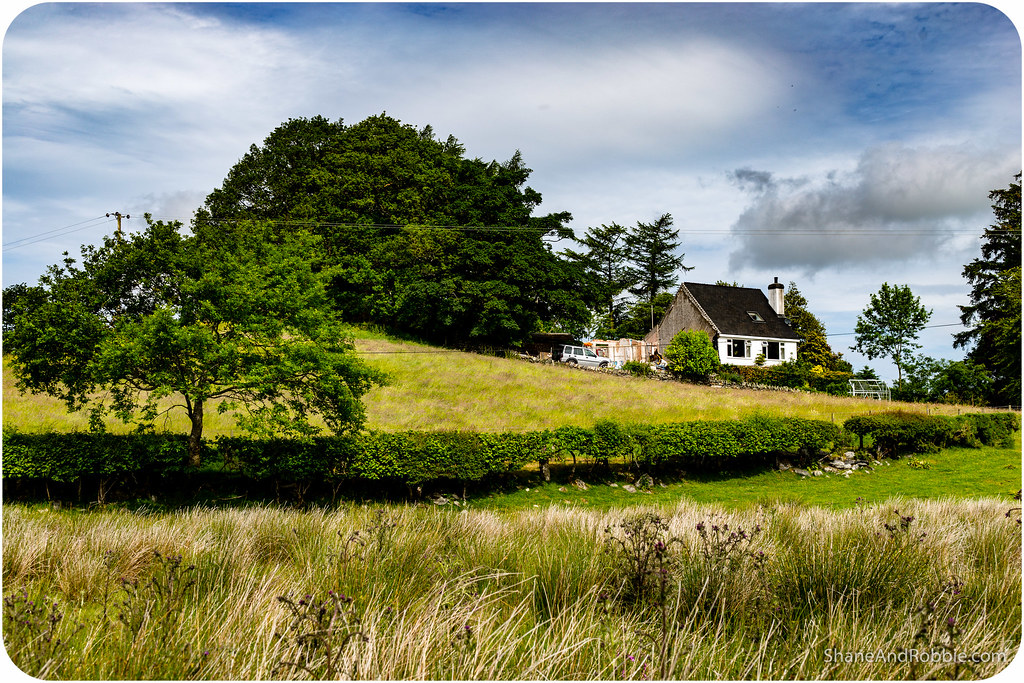 Once up in the hills we were quickly assaulted by the odours of rural Wales, and captivated by views across the Conwy Valley towards Mt Snowdon and its lofty neighbours (most of which are around 900-1,000m high). 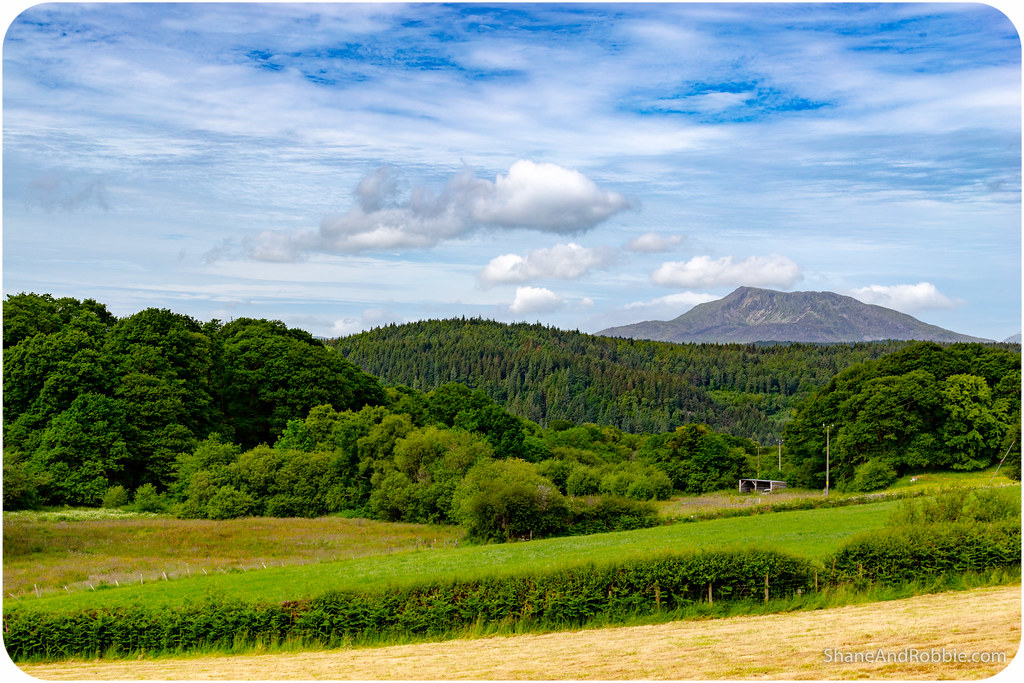 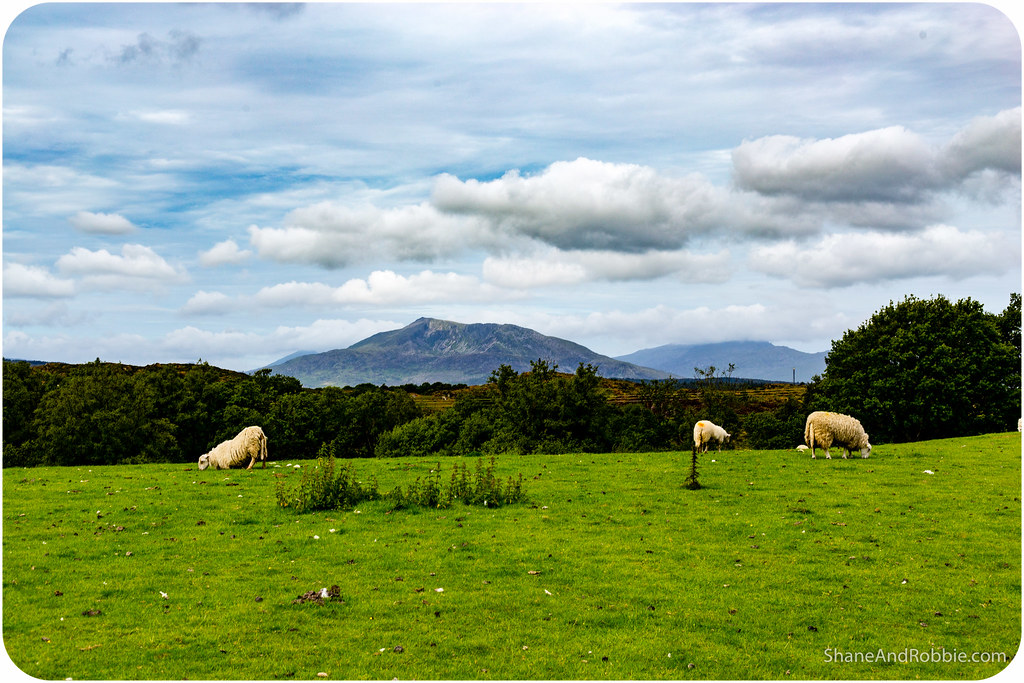 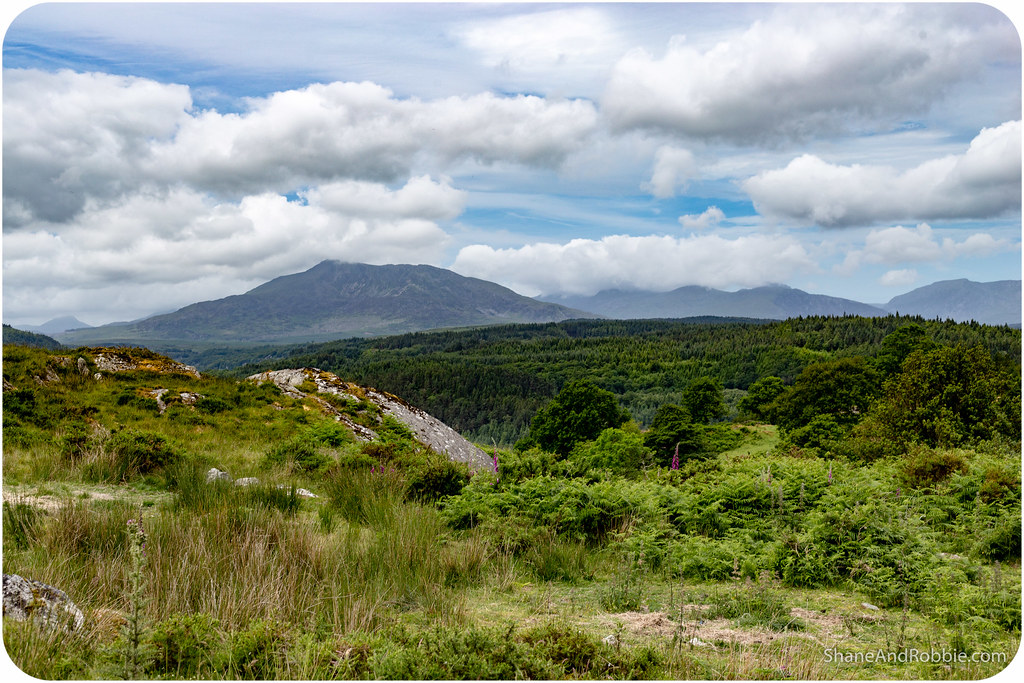 The only pocket of civilisation in the Garmon Hills is Capel Garmon, a tiny hamlet that is home to just 46 people. There used to be a pub there, but it’s currently closed for renovation. Similarly the 19th century church the town is named after, St Garmon’s Chapel, is closed. Not much to see there really, though just outside the village itself lies a Neolithic burial chamber dating from 2,500BC. 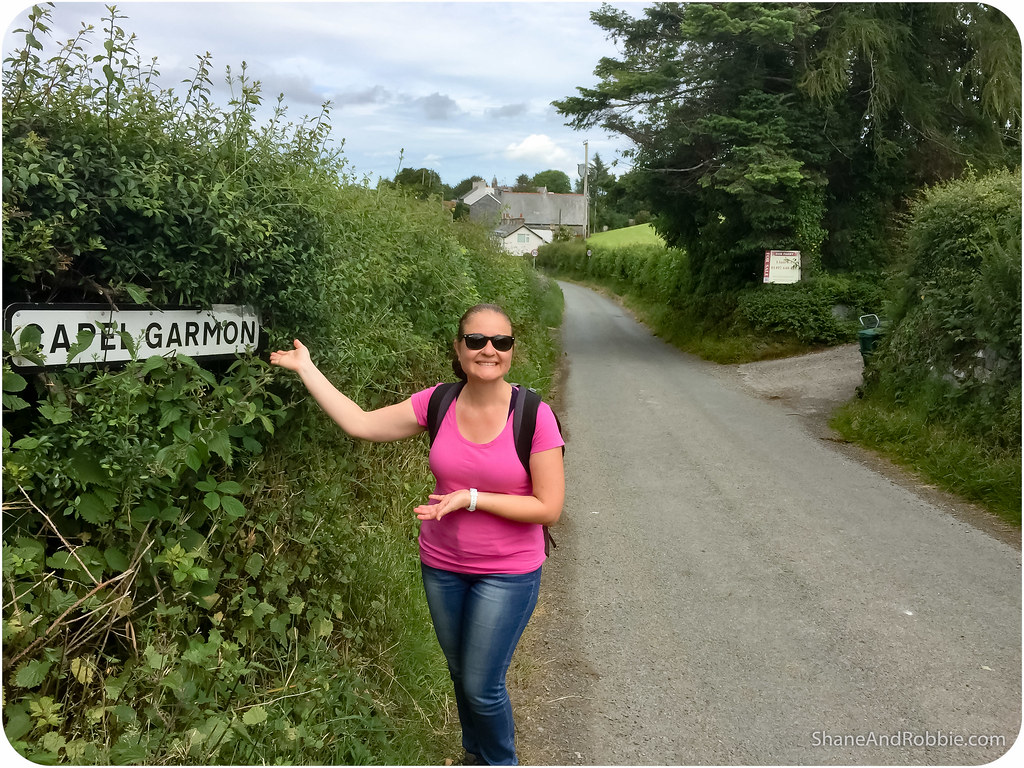 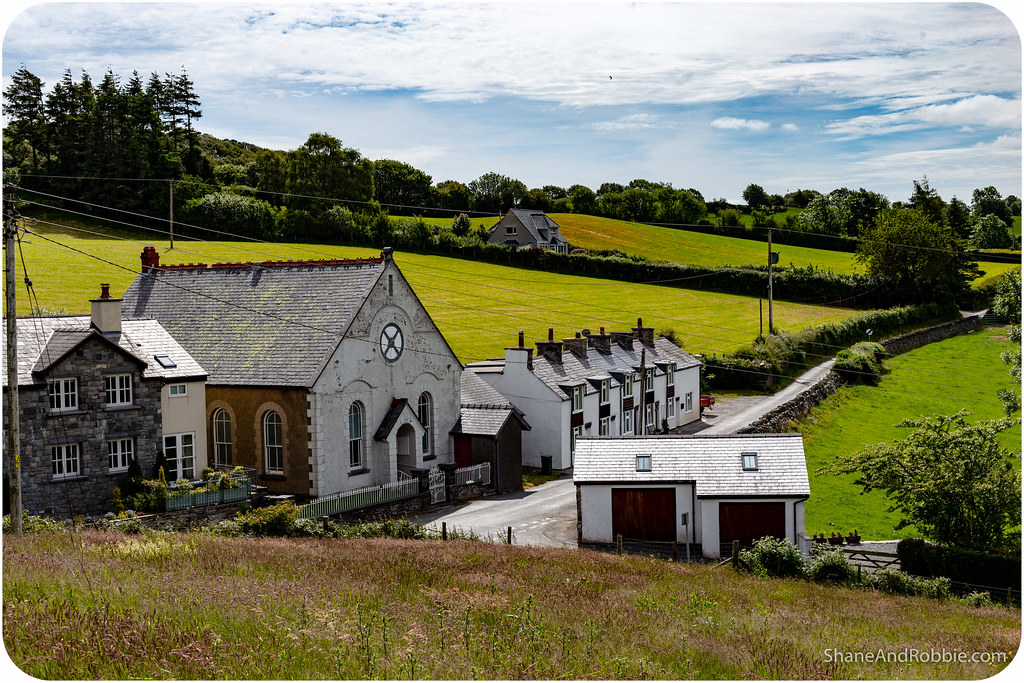 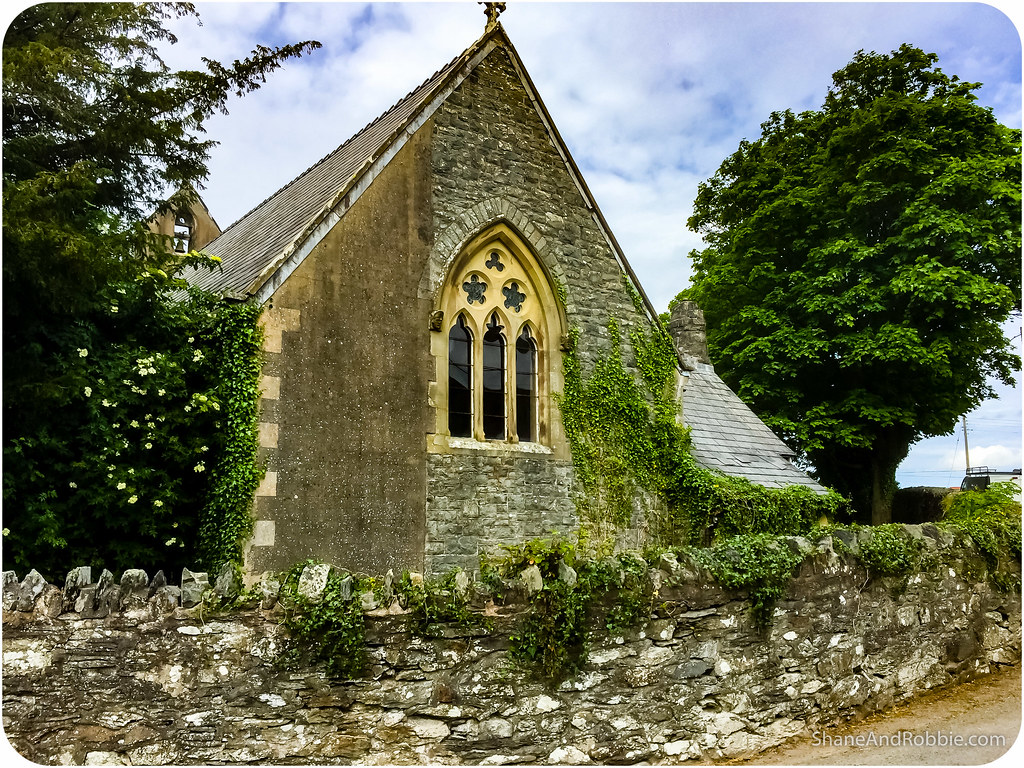 Stone Age people lived in the area and were responsible for building the communal tomb at Capel Garmon. The remains of numerous people and shards of ancient pottery were found within the tomb, all giving clues about how the earliest inhabitants of Wales lived. These relatively isolated, mountainous areas remained the preserve of the Neolithic people far longer than elsewhere in Britain – the Celts only arrived here in about 600BC. 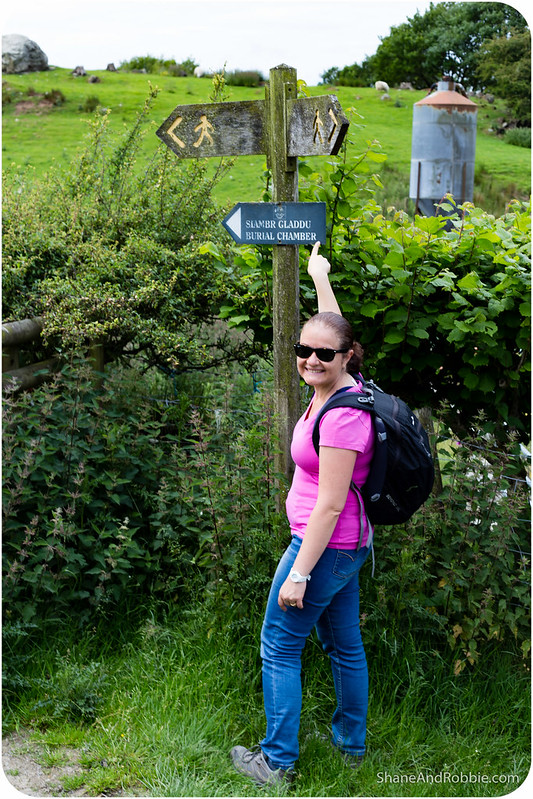 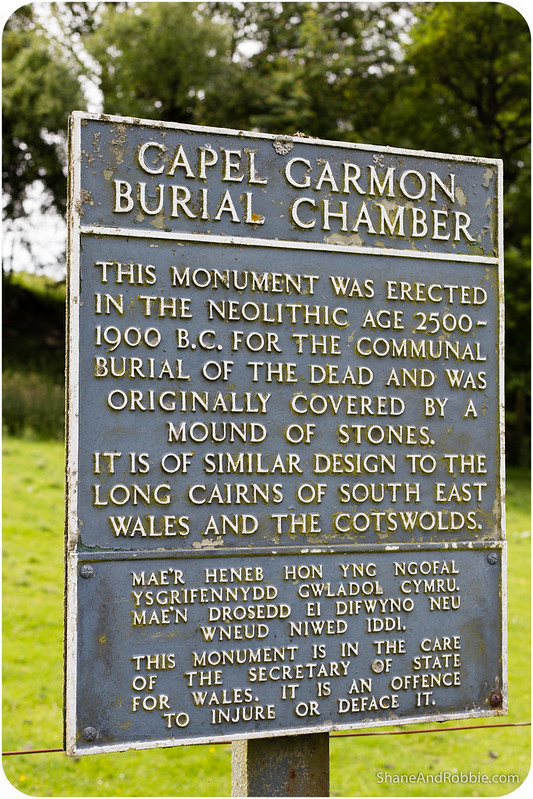 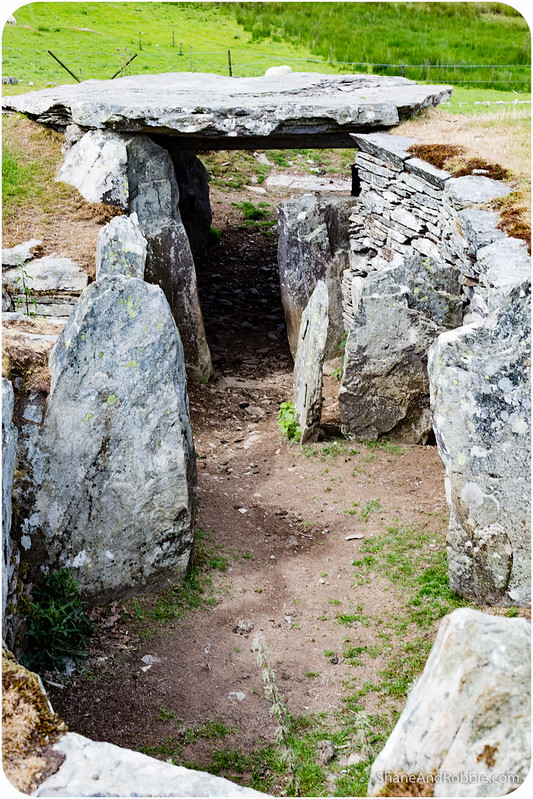 Since the time of the Celts the economy in this area was based on agriculture, though in the 19th century slate quarries were established as well. The slate quarries are now closed, but agriculture continues to be the mainstay of the local economy. In particular, wool and dairy products. 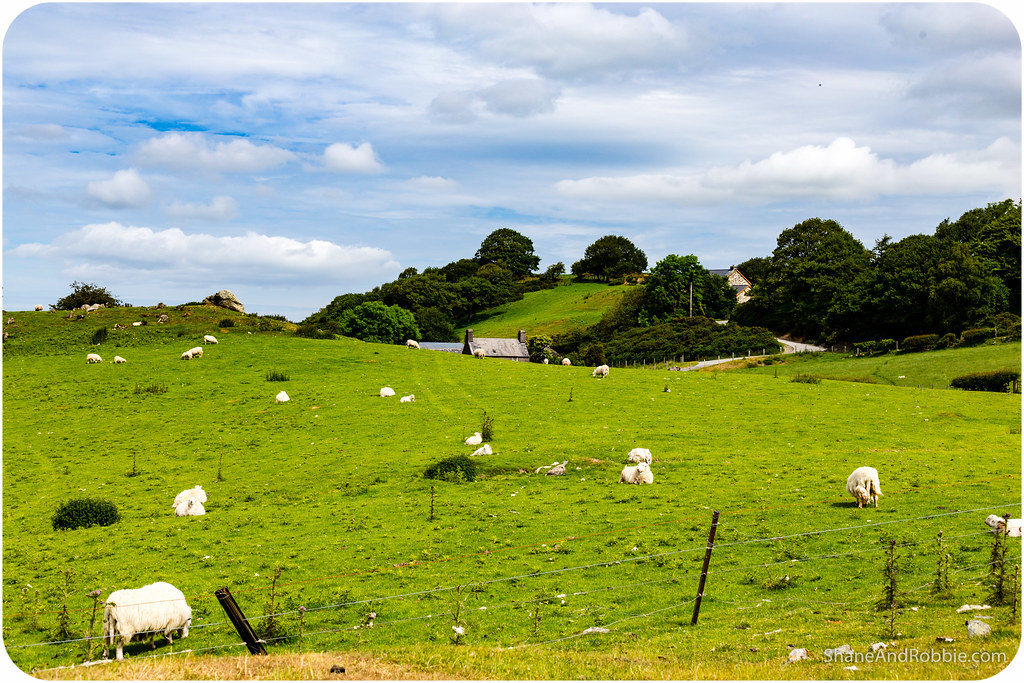 After crossing a (very large) number of (very poopy) fields we found ourselves in a meadow with a lovely, friendly horse and her friends, the alpacas. Not sure why the local farmer has added alpacas to his stock. Maybe it’s for their fleece (which is very soft and fine, but durable apparently); or maybe the horse just needed some gentle companions. Either way, these South American imports have found themselves living in Wales with some of the best views in Snowdonia! 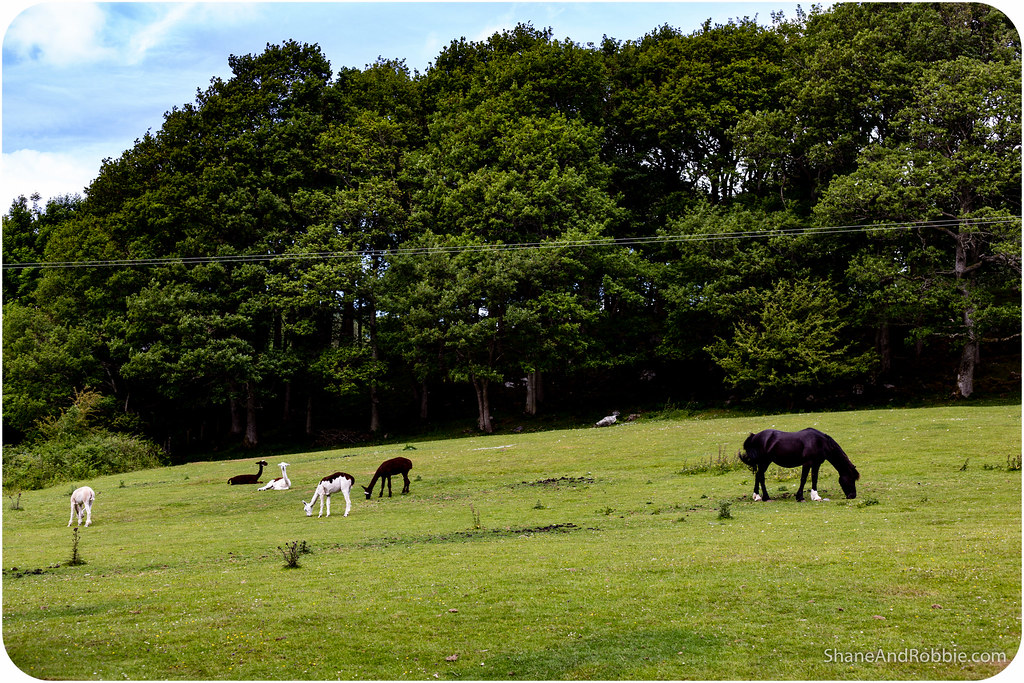 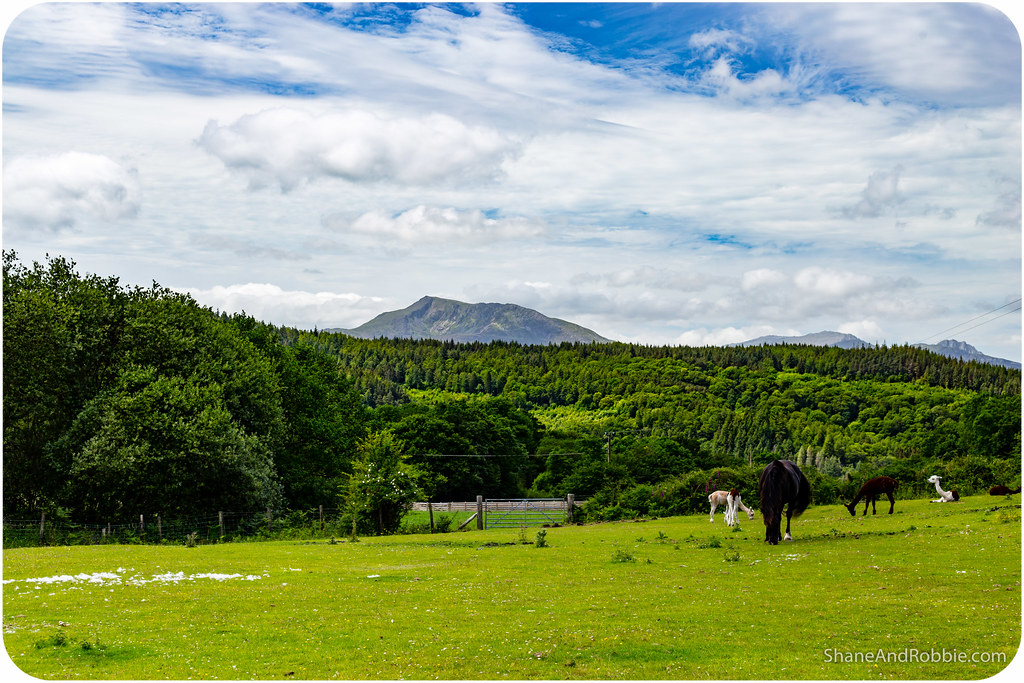 From the alpaca field we crossed into an area of dense fern undergrowth. “How dense was this ferny grove?”, you ask. Why, this dense…. 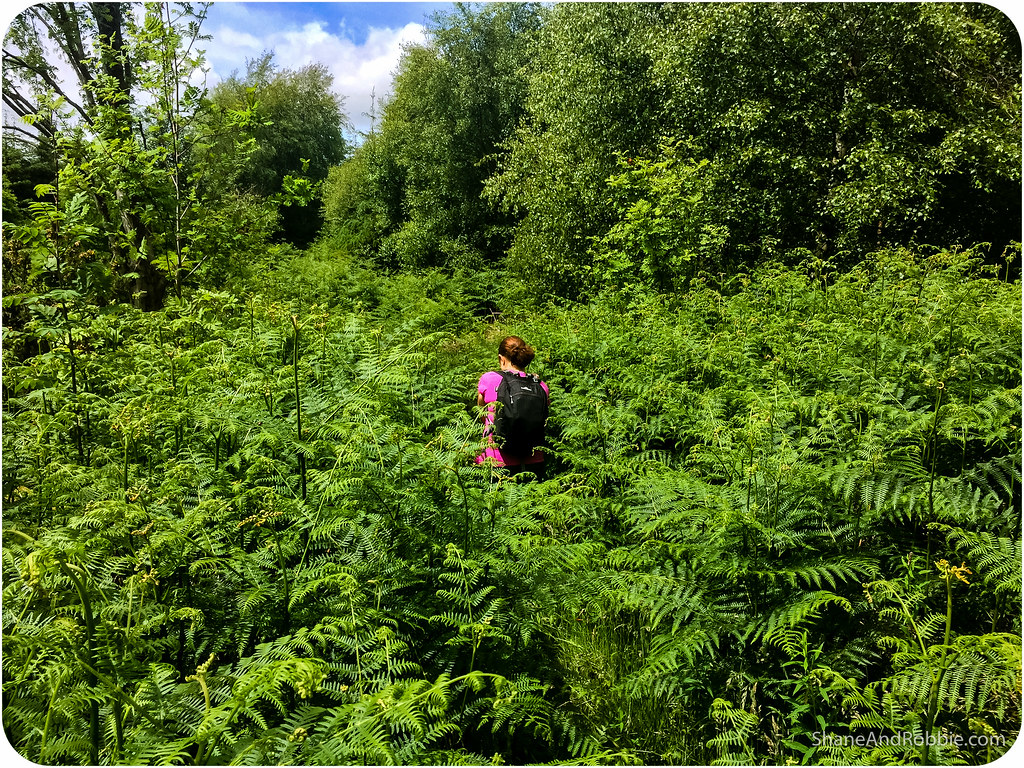 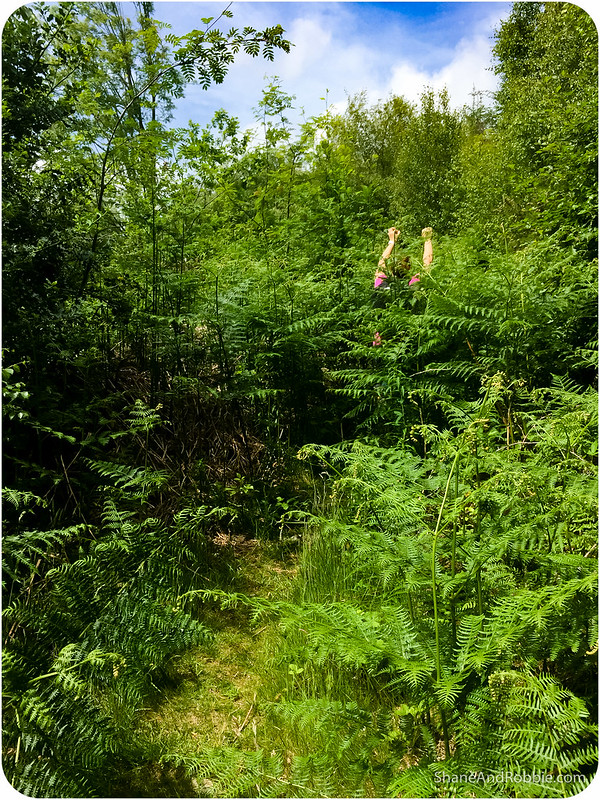 Luckily there were no stinging nettles or blackberry bushes mixed in with the ferns and we got through without any adverse effects*. The ferns grove turned into a lovely forest that we got to enjoy for a a mile or so before emerging onto a narrow country lane.
*One of things we LOVE about hiking around Great Britain and Ireland is that there are no bities! Unlike Aus, here you can go trampling through tall grass and thick bush and not have to worry about poisonous spiders, venomous snakes, or other nasty little critters like crocodiles, scorpions or drop bears. Bush walking in Aus is NOT for the feint hearted! 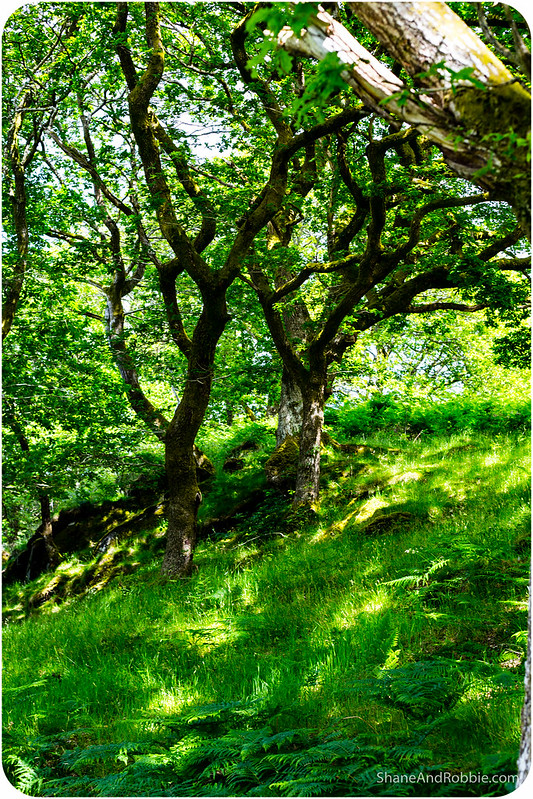 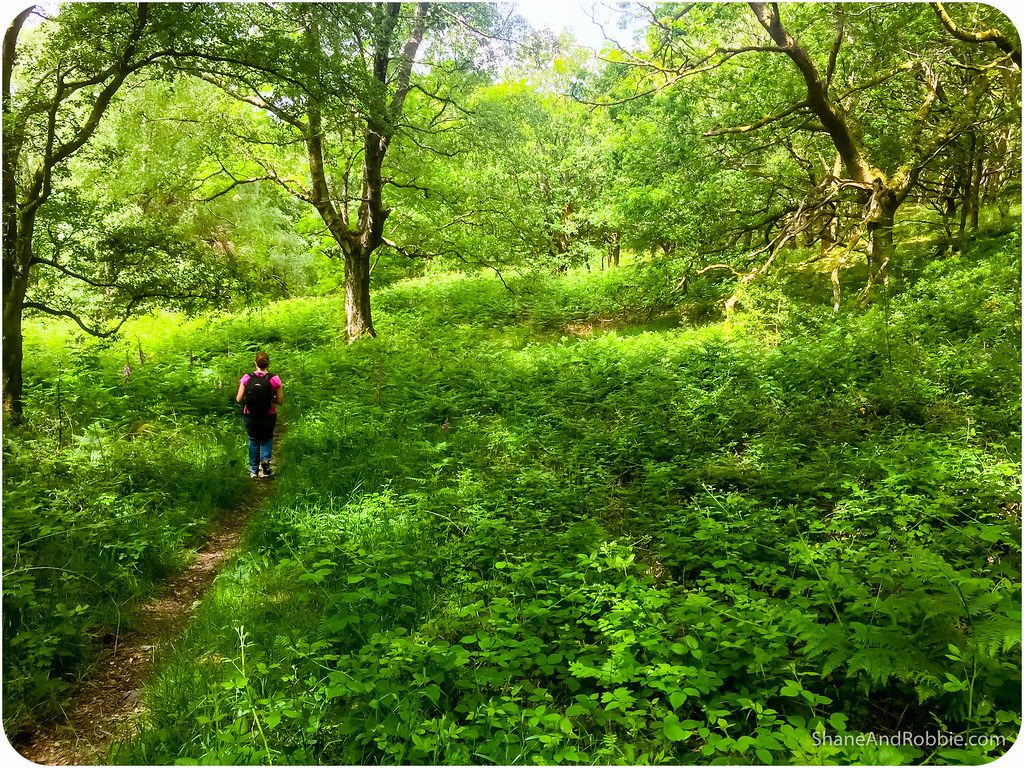 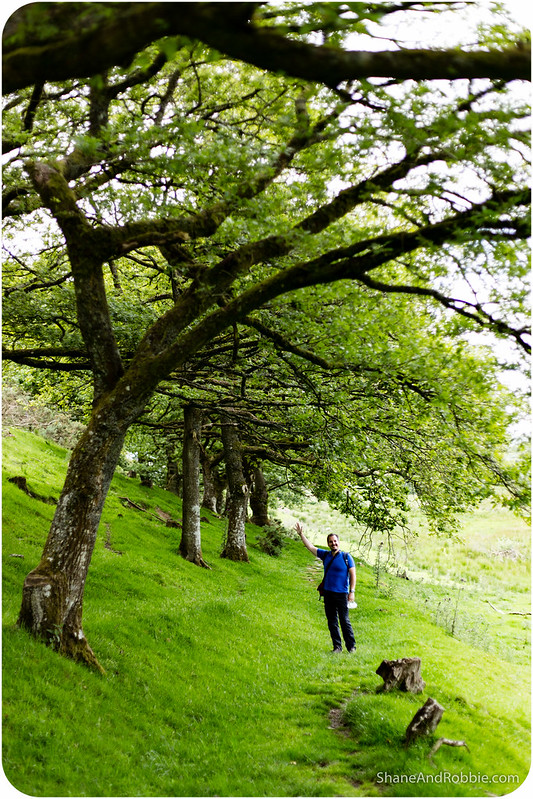 Pretty soon the country lane brought us to a suspension bridge that crossed the River Conwy and led directly into Betws-y-Coed. 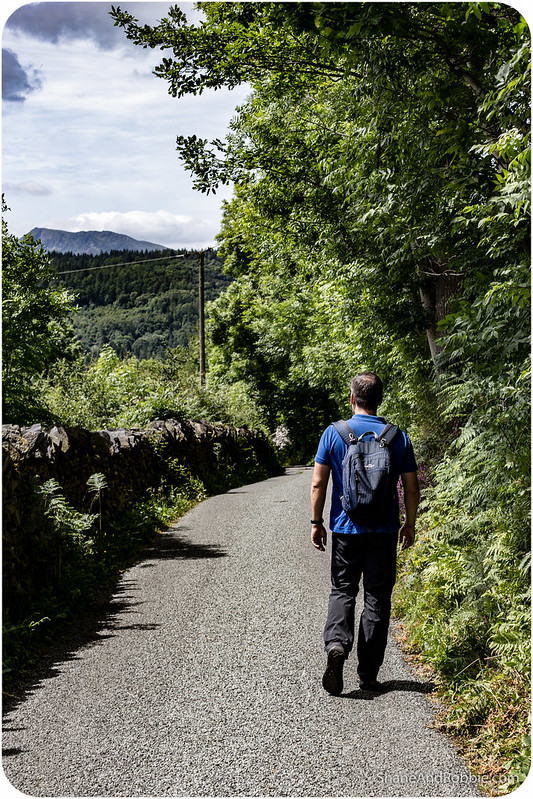 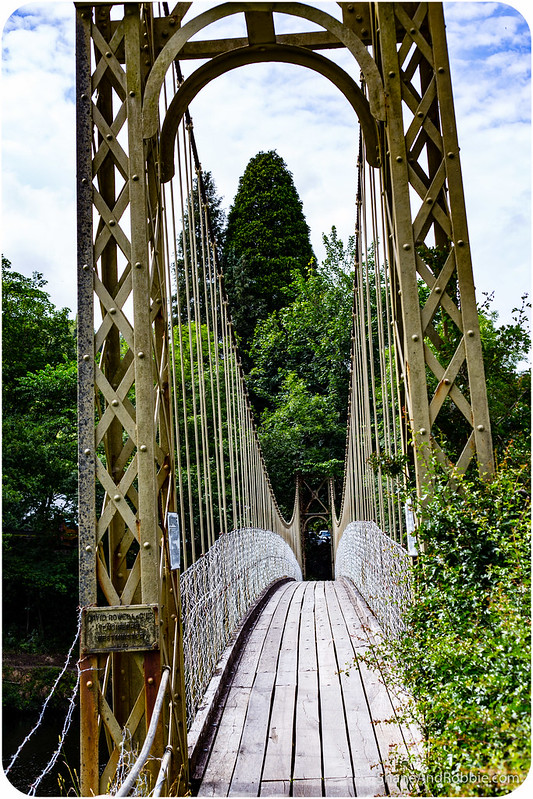 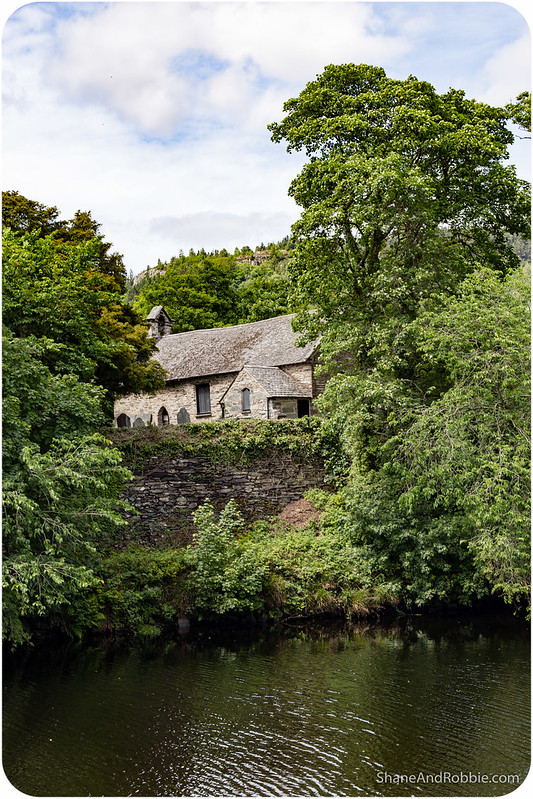 After a good 6 hours of tramping through fields we were glad to be “home” and, after a hot shower and warm cup of tea, we headed straight out to the Pont-y-Pair. The Pont-y-Pair is one of two local pubs in Betws-y-Coed, and since it’s only 100m down the road from our B&B, our favourite of the two. It’s warm and inviting inside, the locally brewed beer is good (or so Shane tells me), and the food is hearty and wholesome. What a perfect way to end a great day in Snowdonia! 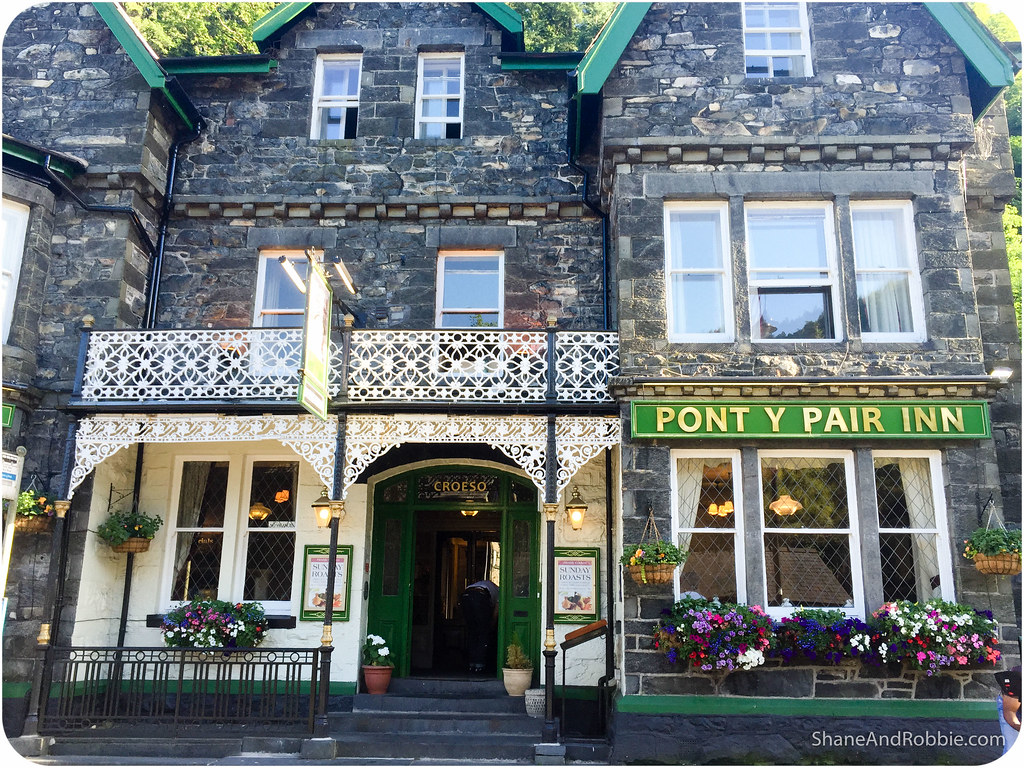 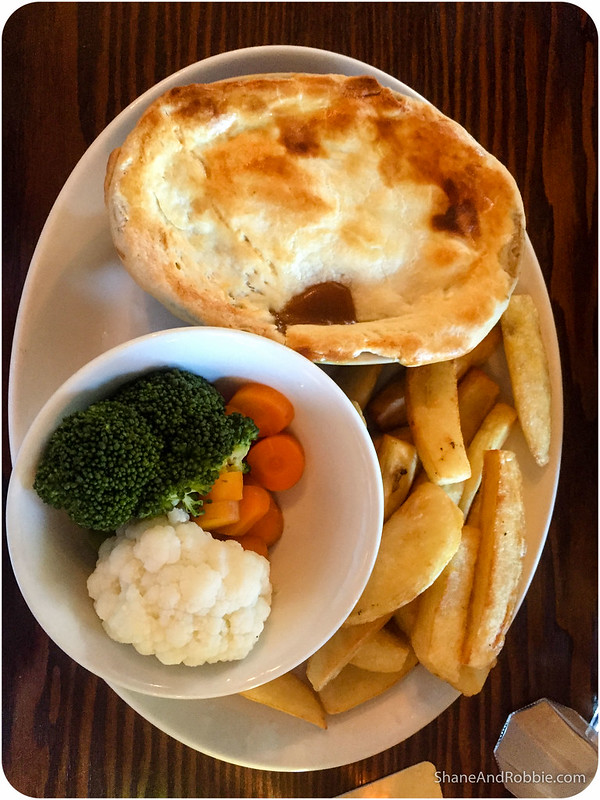