The Lake District (or Lakeland, as it’s often known round these parts) is the UK’s most popular national park. Today we joined the 16 million other tourists who visit Lakeland every year to enjoy the amazing landscape and hike around the craggy hilltops, barren fells, and glittering lakes.

It was great having a day “off” yesterday* to rest up, relax and take care of some of the admin and house-keeping tasks that needed doing (i.e. paying some bills, pre-booking accommodation and doing our laundry – we were both down to our last pair of undies!). Today, though, we woke ready and keen to move on. So we caught the first train out of Betws-y-Coed and left Wales and all its beauty behind (we also left the sun behind it seems – Lakeland is England’s wettest area and the skies here have been ominously grey since we arrived).

*As anyone who’s every done any long-term travel knows, you do occasionally need a “down day” when doing big trips like this. After our epic day hiking up and down Mt Snowdon, a day off was exactly what was required – especially as my legs were pretty sore after our 15km mountain trek! 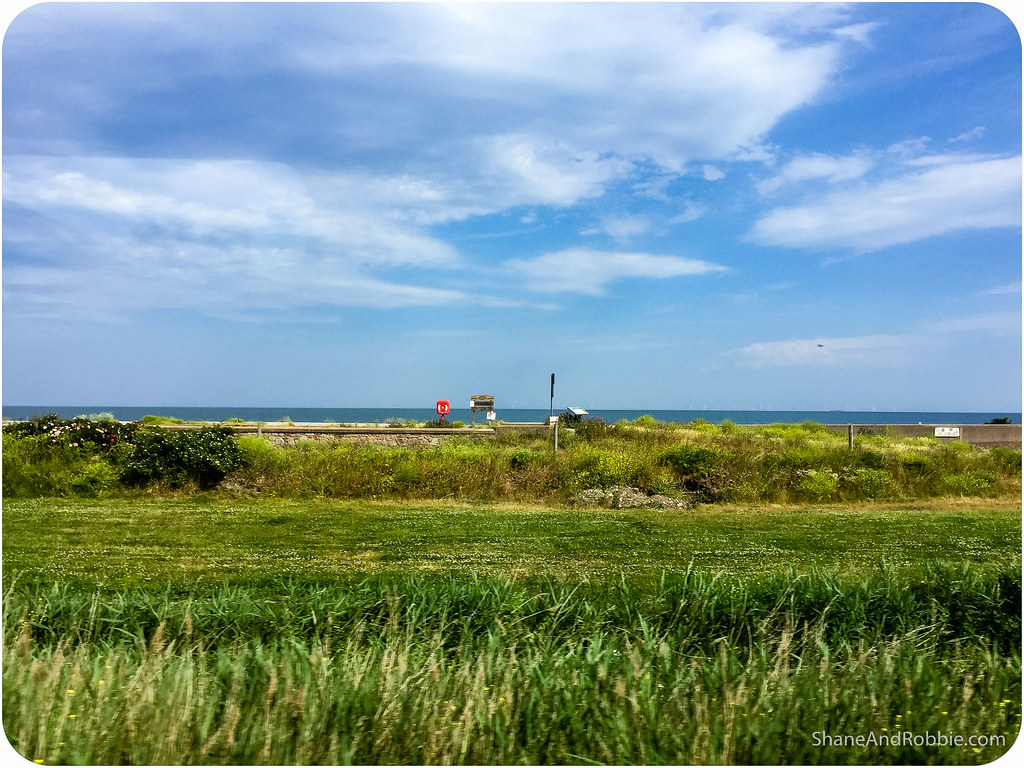 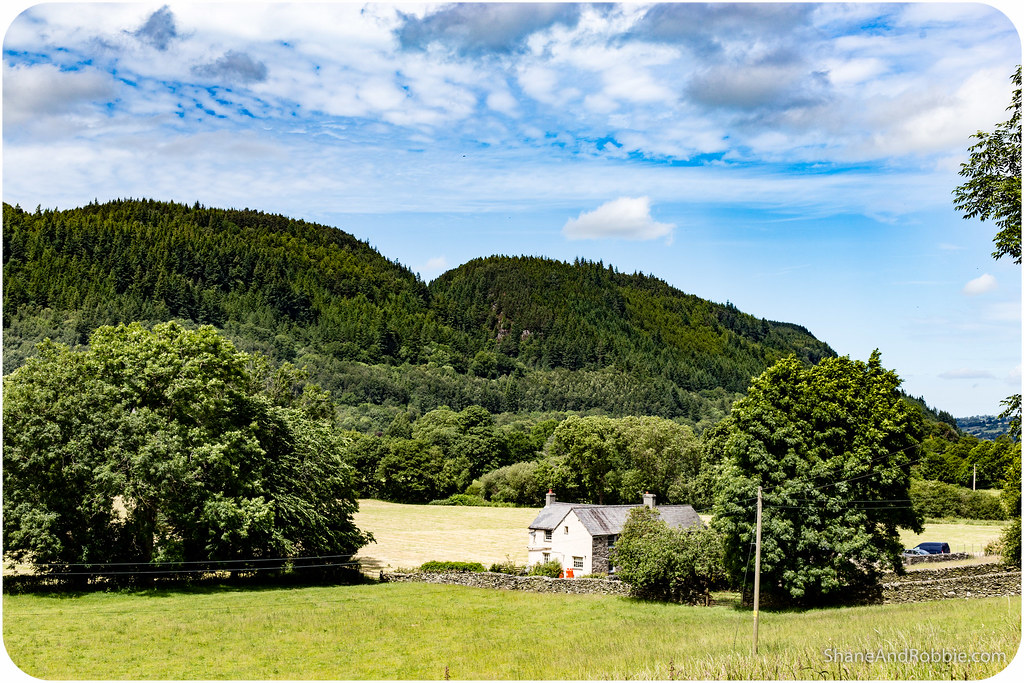 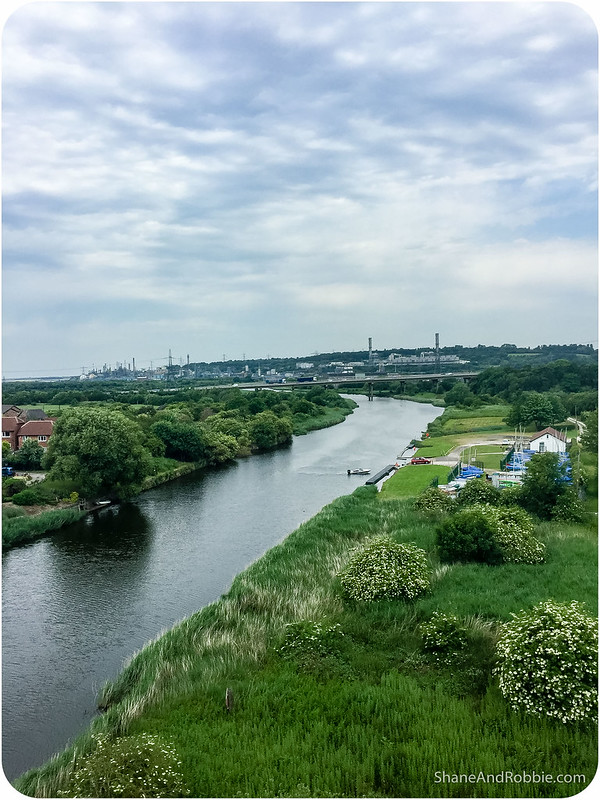 It took all morning and 4 trains to get here, but we finally arrived in the township Windermere around 2:00pm. We chose to by-pass the busy, industrial towns of northern England (i.e. Manchester, Liverpool) for now, heading instead for the countryside and beauty of the Lake District National Park.

This is one of a handful of towns that lie within the boundaries of the Lake District National Park. Being the only one with a train station, it’s one of the biggest and busiest – though 8,000 residents doesn’t exactly make it a metropolis! It’s a very picturesque little town, with lots of beautiful 19th century stone buildings and ready access to Lake Windermere. 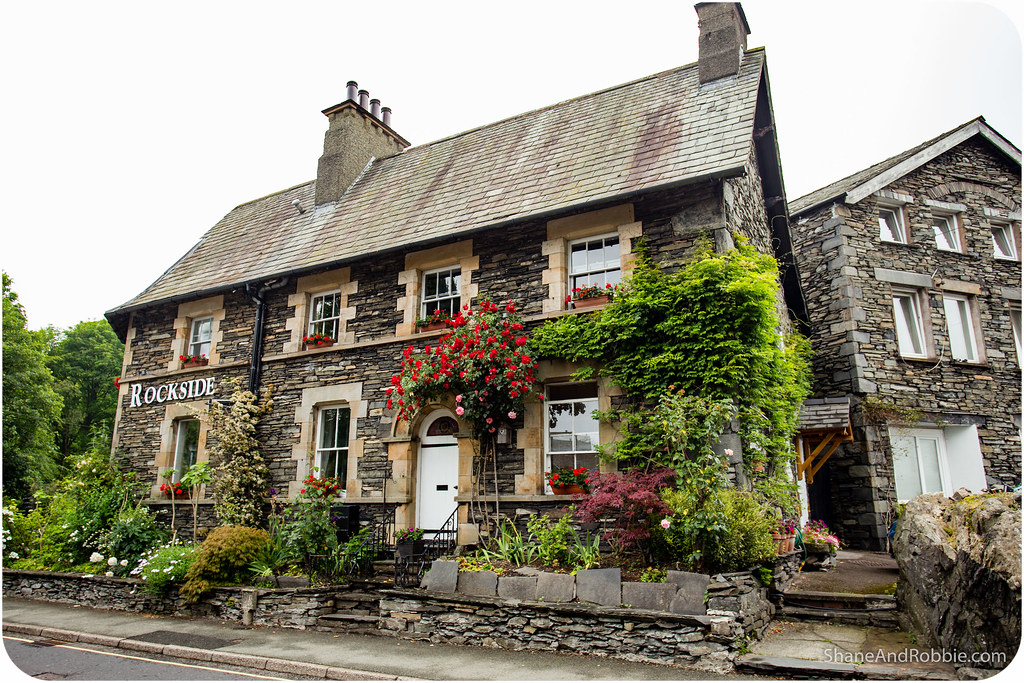 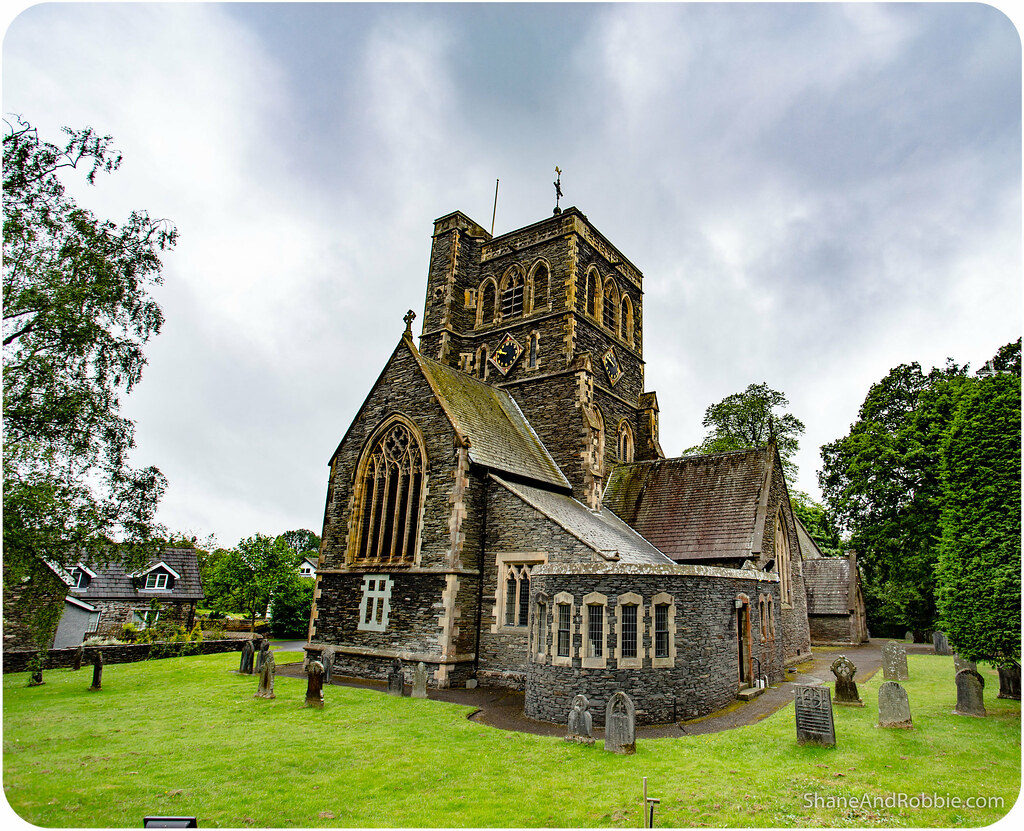 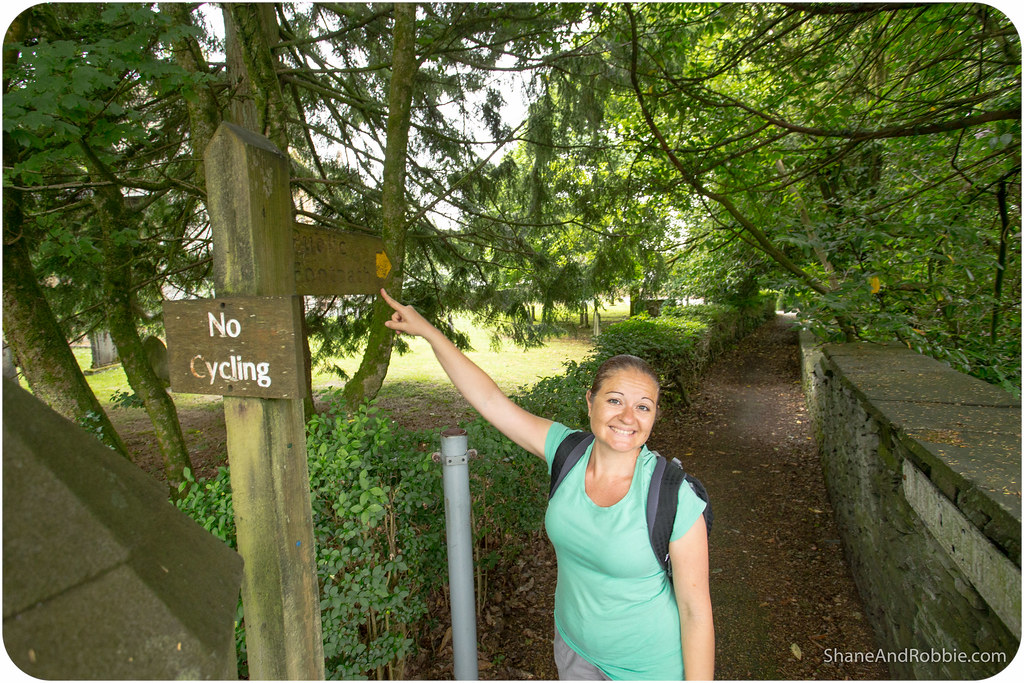 Like much of the Lake District, Windermere’s main industry is tourism. This region has been a popular holiday destination since the 1800’s, with writers and poets like William Wordsworth especially favouring Lakeland as a retreat. The appeal of this area was immediately apparent to us; what’s not to love about the quaint villages, mountainous terrain, deep lakes, rolling green farmland, and abundant forest. 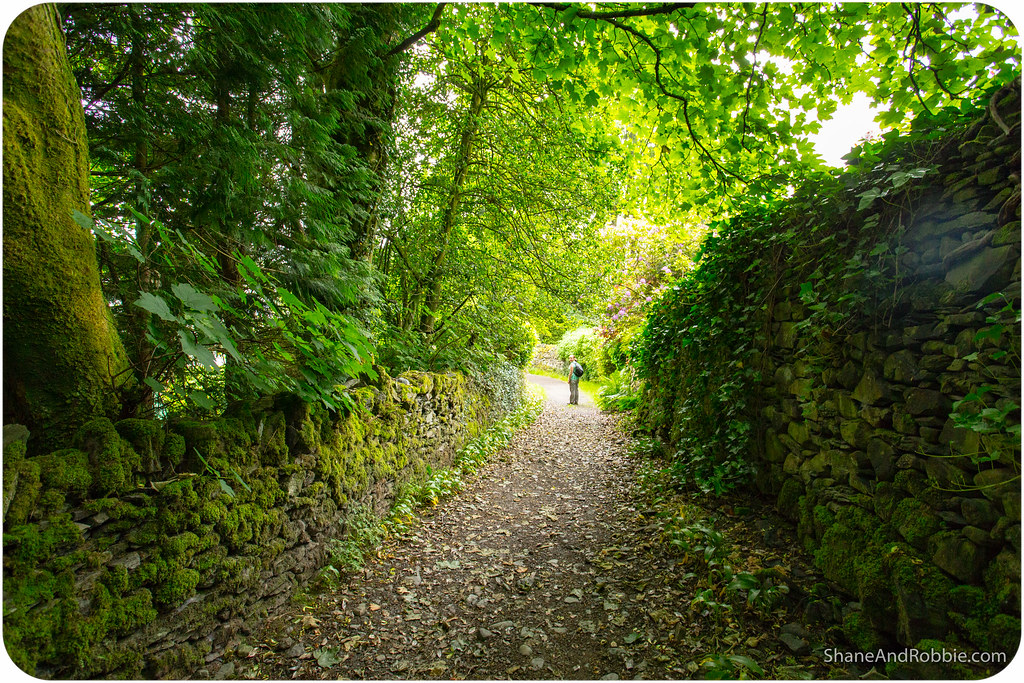 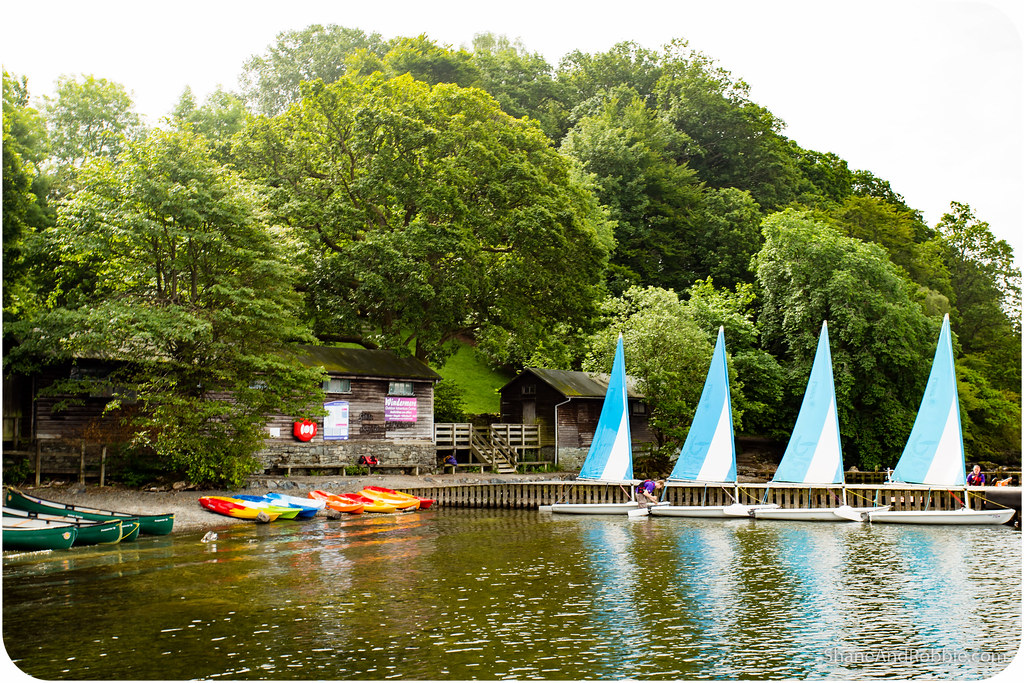 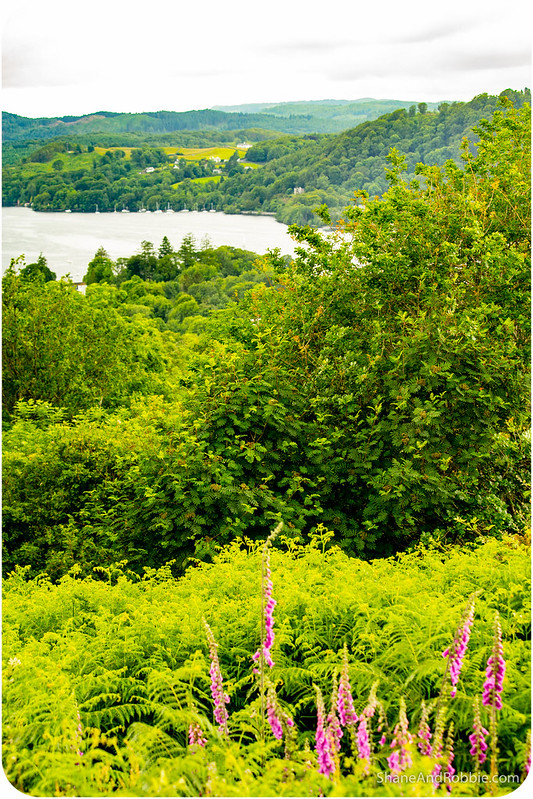 We went straight out after dropping our bags off at the B&B we’re staying at and headed down to the lake to check it out. Lake Windermere is just one of the 21 large water bodies in the Lake District. This long, skinny water body was formed in a glacial trough after the last Ice Age. It’s the largest natural lake in England and, at 67m depth, also one of the deepest. Apparently there’s a monster lurking in its depths too, though we didn’t catch sight of anything when we walked along the lakeshore this afternoon. 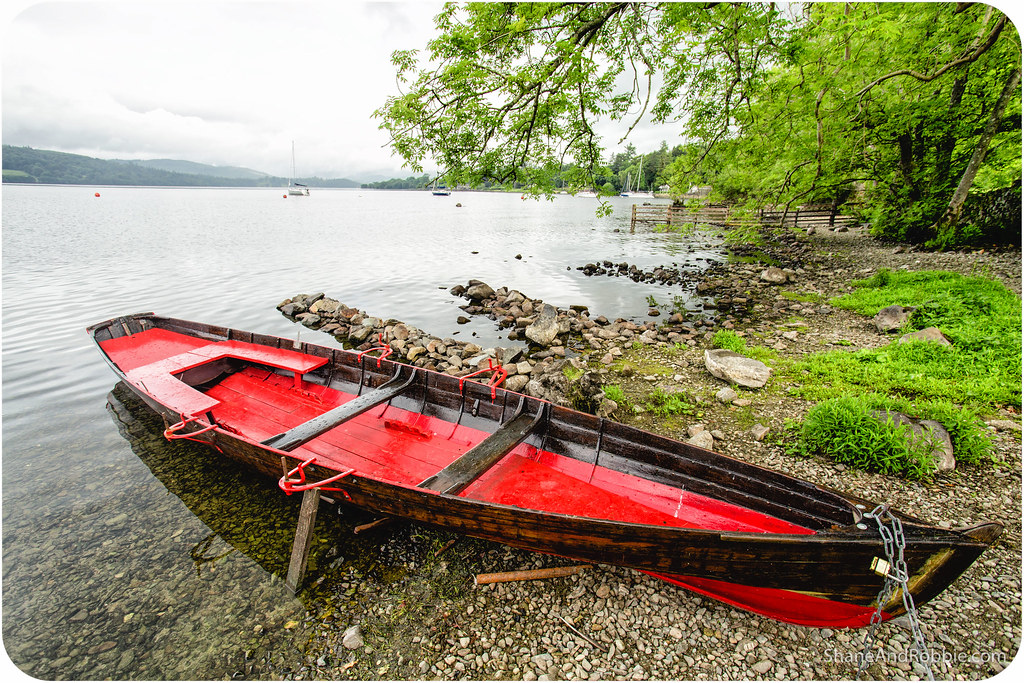 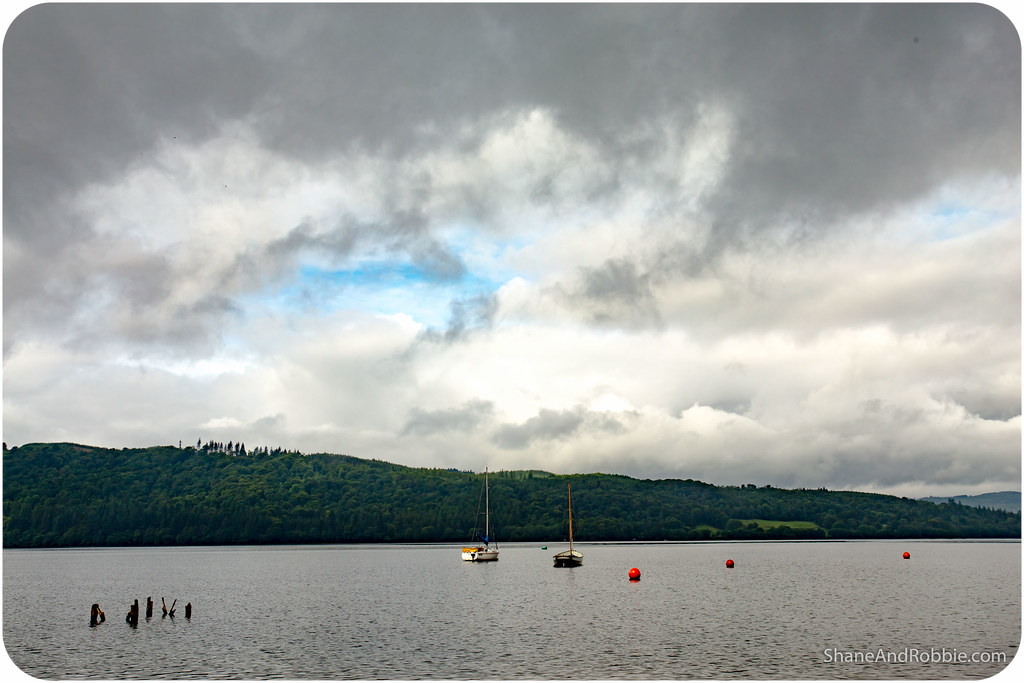 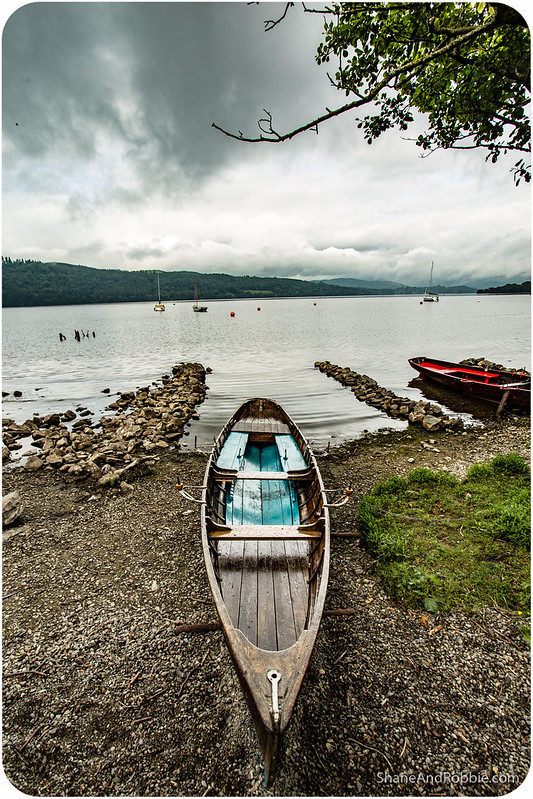 Like most of the UK’s national parks, Lakeland is inhabited and farms make up most of the land. Farming, and in particular sheep farming, has been the major industry in the region since Roman times. What this meant for us during our afternoon explorations of the area around Windermere was lots of sheep poop to dodge and the distinctive aroma of rural England in our nostrils. There was also lots of pretty green English countryside to enjoy. 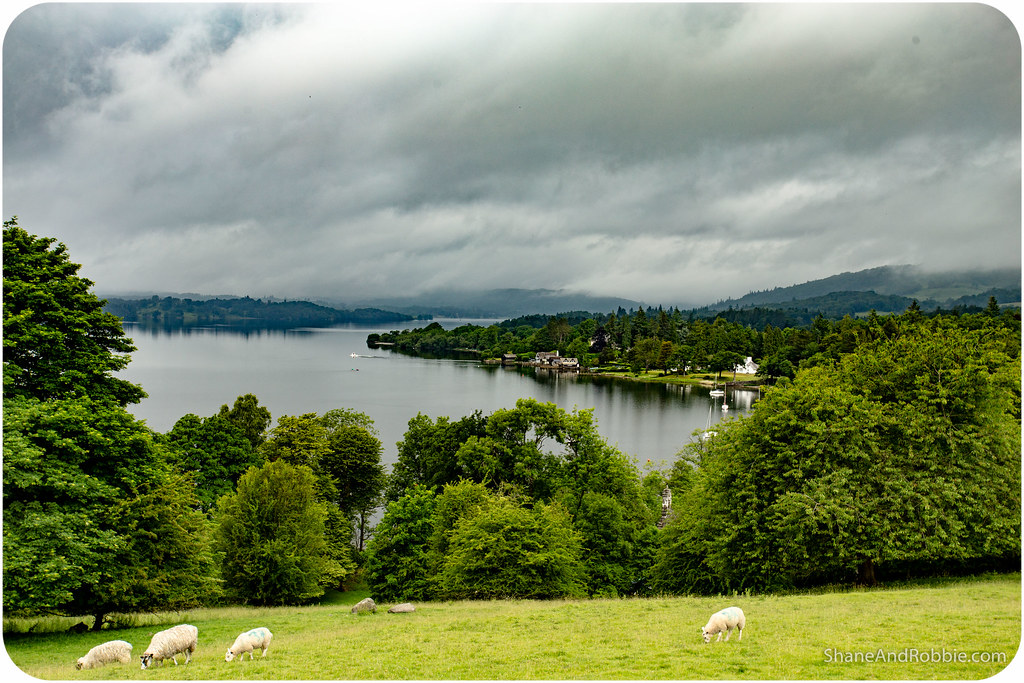 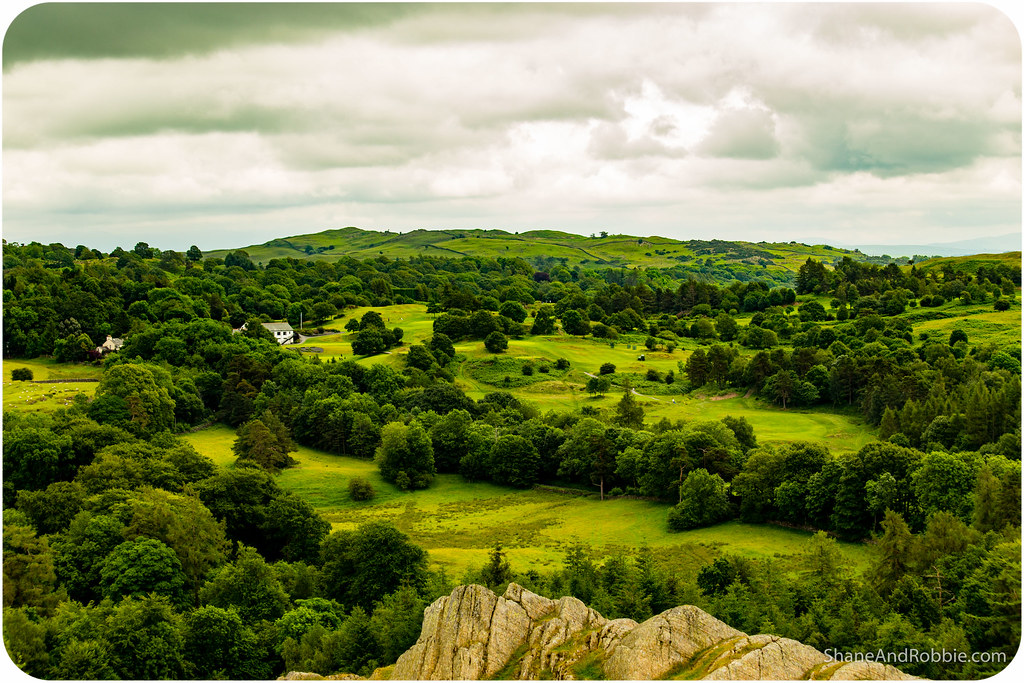 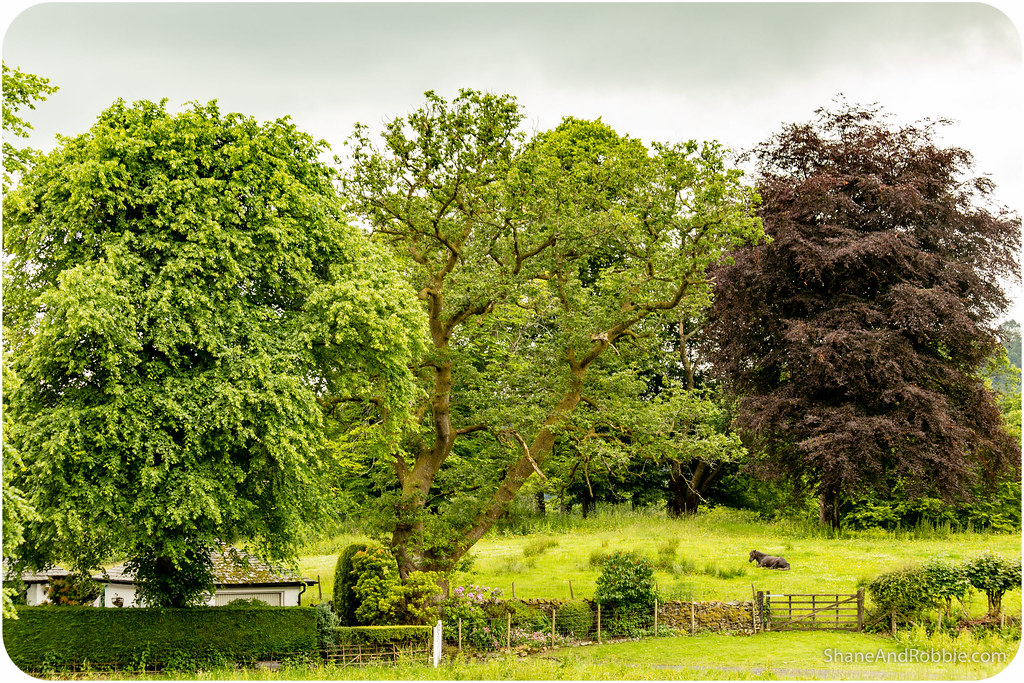 The mountains of the Lake District are also known as the “The Lakeland Fells*” and our hike today took us up a couple of these. Despite the steely grey skies, the views from atop these craggy mounds were pretty spectacular.

*A fell is a barren, moor-covered rise. After today we’ve decided we like fells – smaller than a mountain but higher than a hill, they’ve challenging enough to scale without the effort of scaling a full-blown mountain like Snowdon! 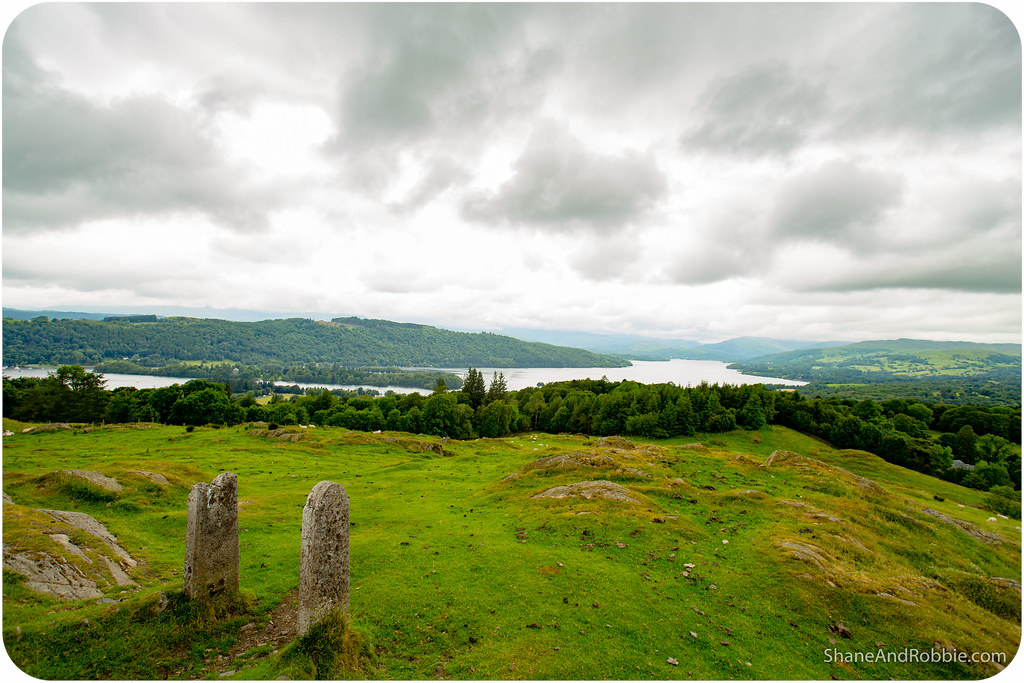 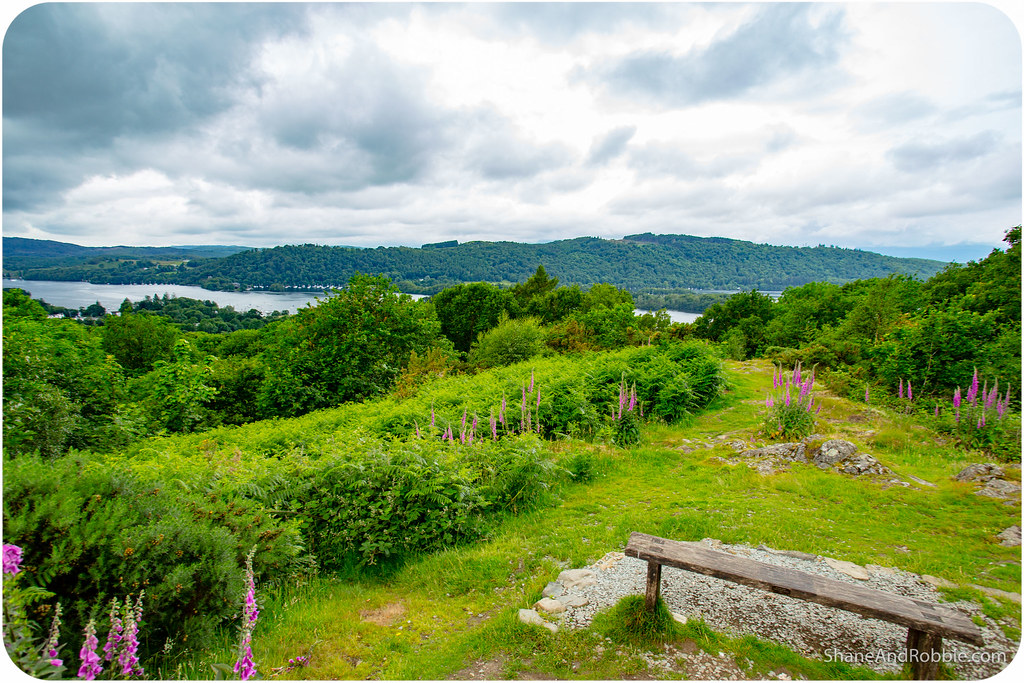 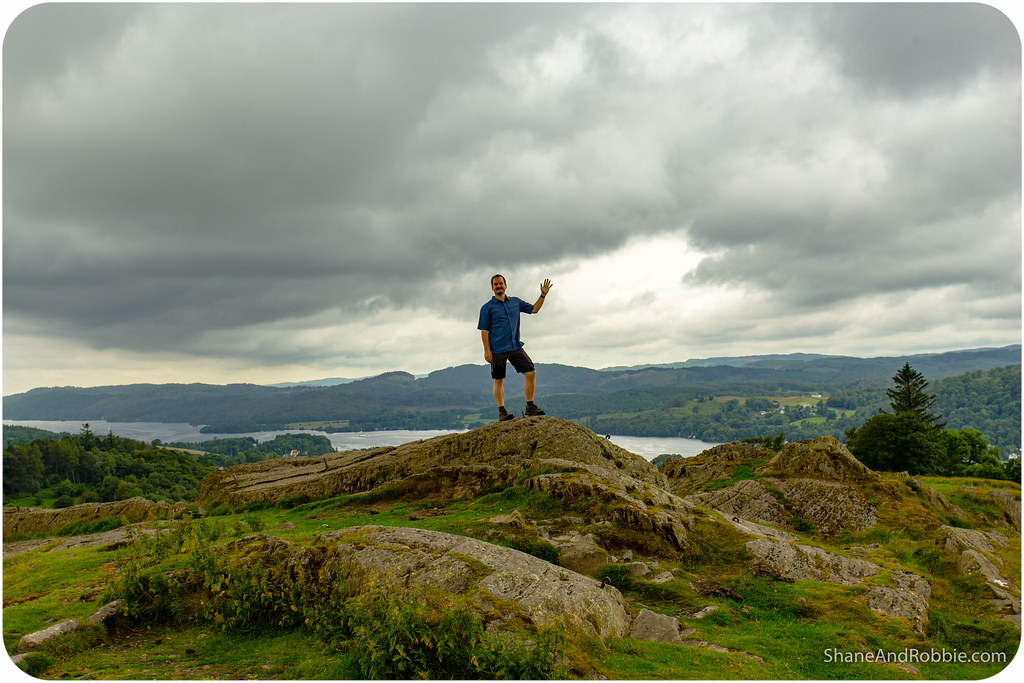 Walking back towards Windermere township we passed through some lovely forest, and saw a heap of squirrels running around through the undergrowth. Squirrels are just so cute! 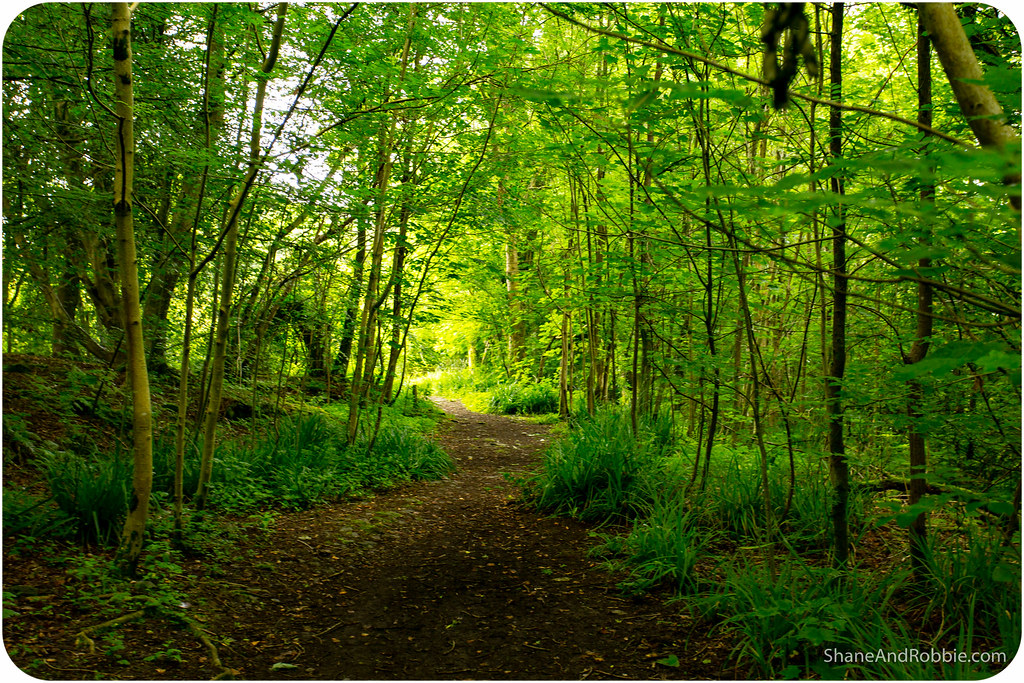 Not a bad afternoon really; we had a good look around Windermere and got a feel for the landscape around here. Tomorrow we’d like to go further afield and perhaps explore the less developed western side of Lake Windermere. For now though our bellies are rumbling and we must seek out a nice warm pub and some sustenance. Join us tomorrow for more Lakeland views! 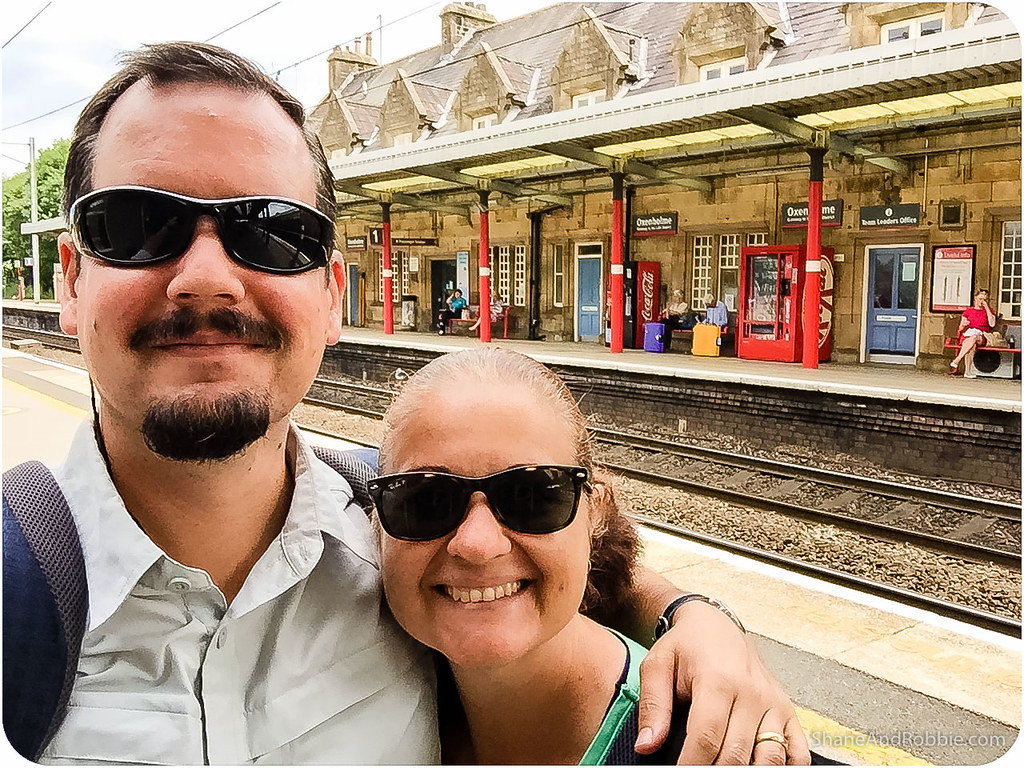