OBAN GETS OUR SEAL OF APPROVAL

We made it up into the Scottish highlands today and it is awesome! Not since Iceland or Switzerland have we seen scenery so vast and epic. From the gently rolling hills to the heights of the mountains; from the deep, dark depths of Loch Lomond to the emerald green waters of the Atlantic Ocean – Scotland is spectacular! 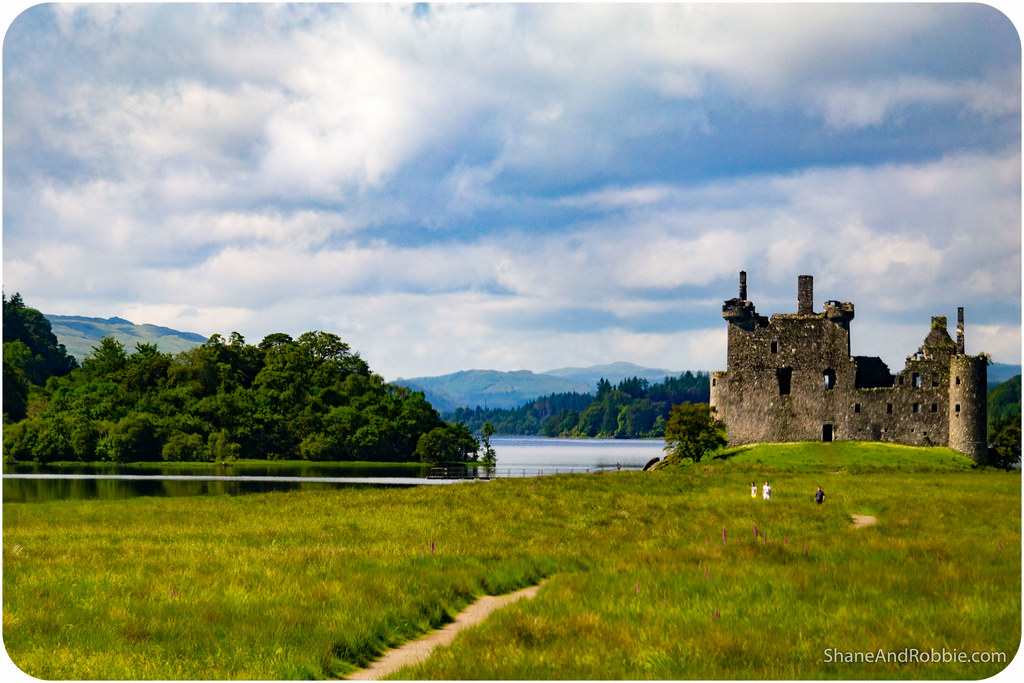 Our train journey from Glasgow this morning took us along The West Highland Line, reputedly one of Europe’s most scenic rail journeys. The track runs north-west out of Glasgow and climbs 150km into the remote and mountainous west coast of Scotland. Along the way we crossed rivers, ran alongside long narrow highland lakes, and clickety-clacked our way through beautiful valleys, under the shadow of the famed Scottish highland mountains. 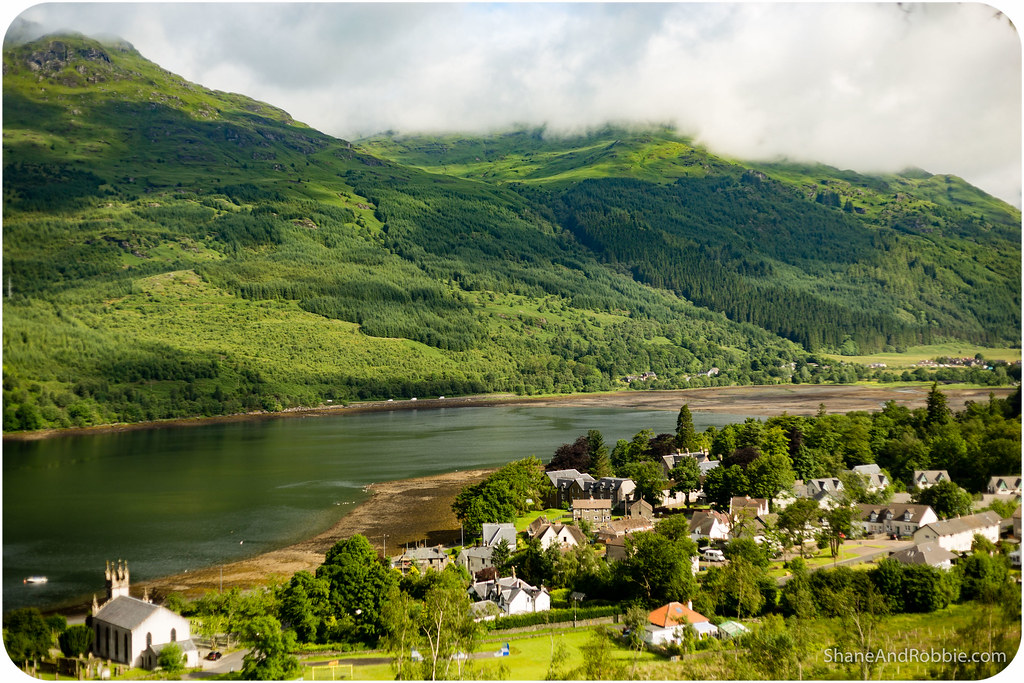 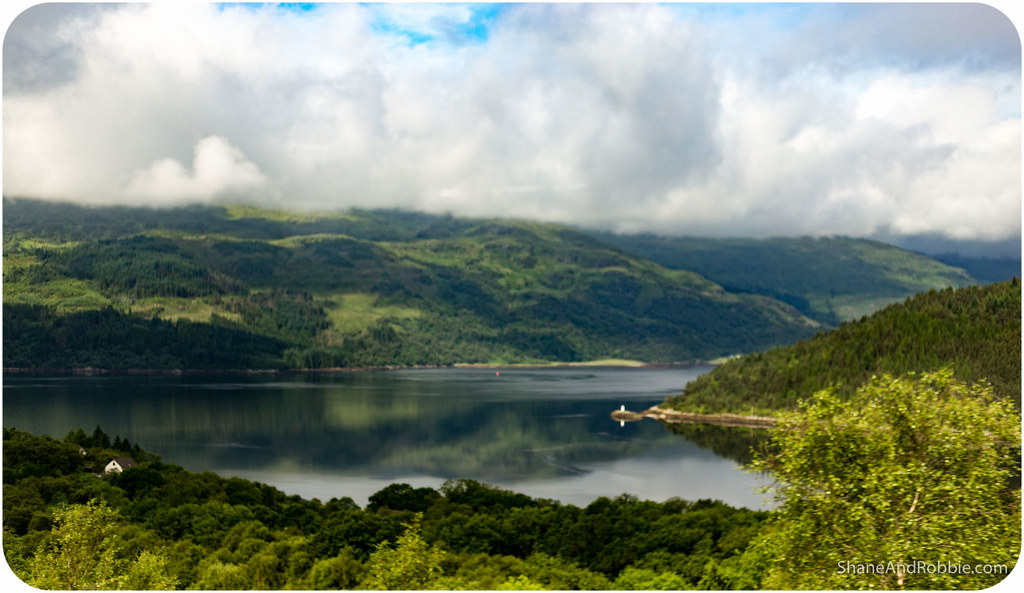 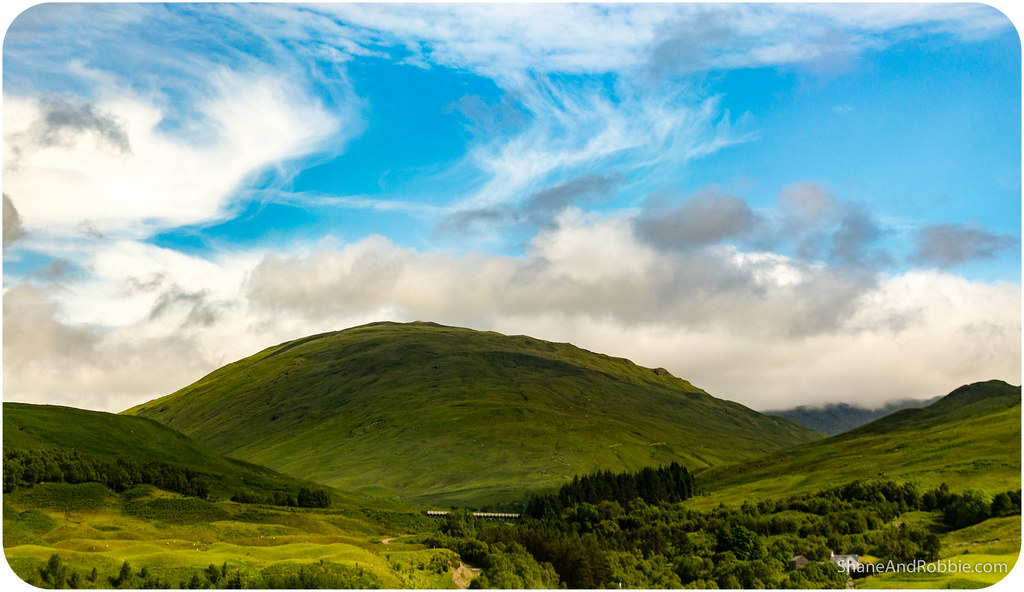 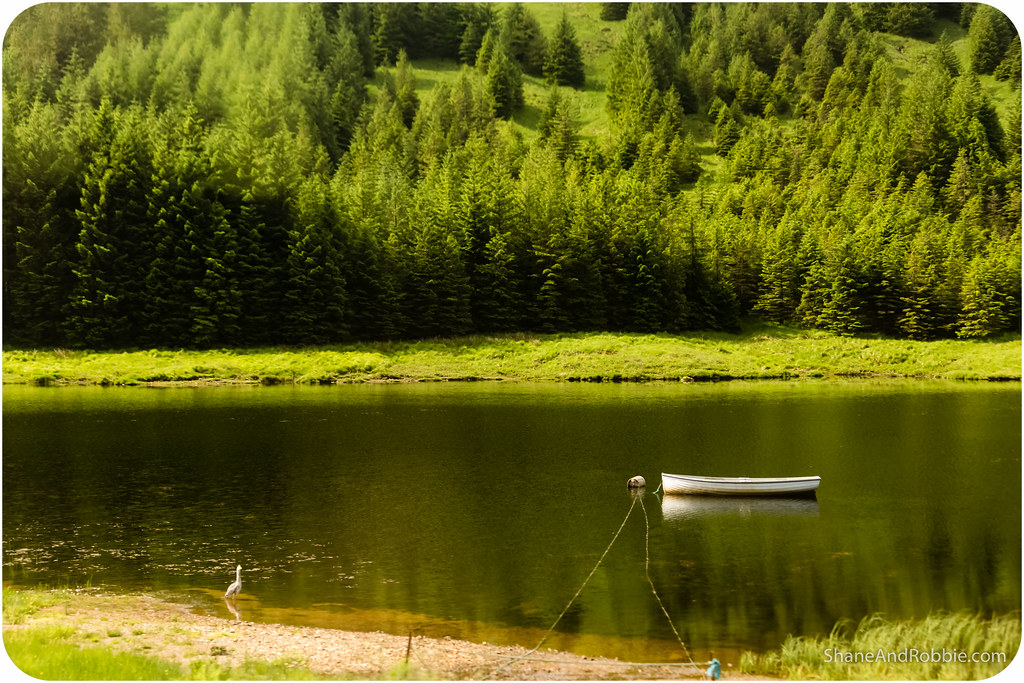 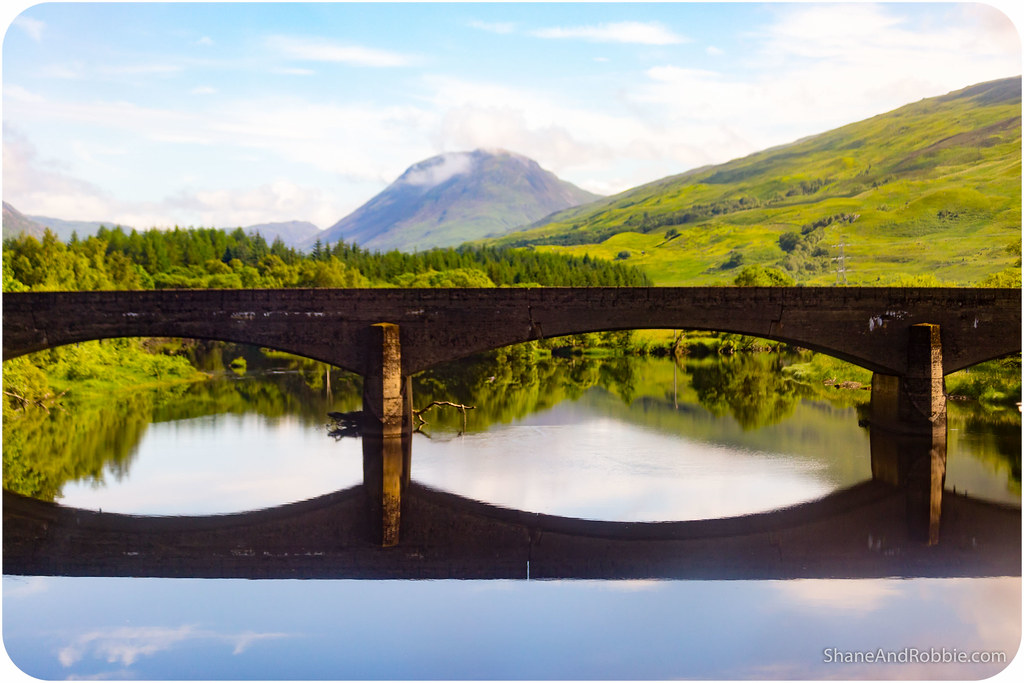 It took 3 hours to reach Oban, our current home-way-from-home. This small holiday town (population: 8,500) sits on the Atlantic Ocean in a bay referred to as the Firth of Lorn. The bay is a perfect horse-shoe shape and is protected by the Hebrides islands of Kerrera and Mull. We were lucky enough to arrive in Oban under blue skies, which gave us the opportunity to admire the Firth of Lorn at its best. 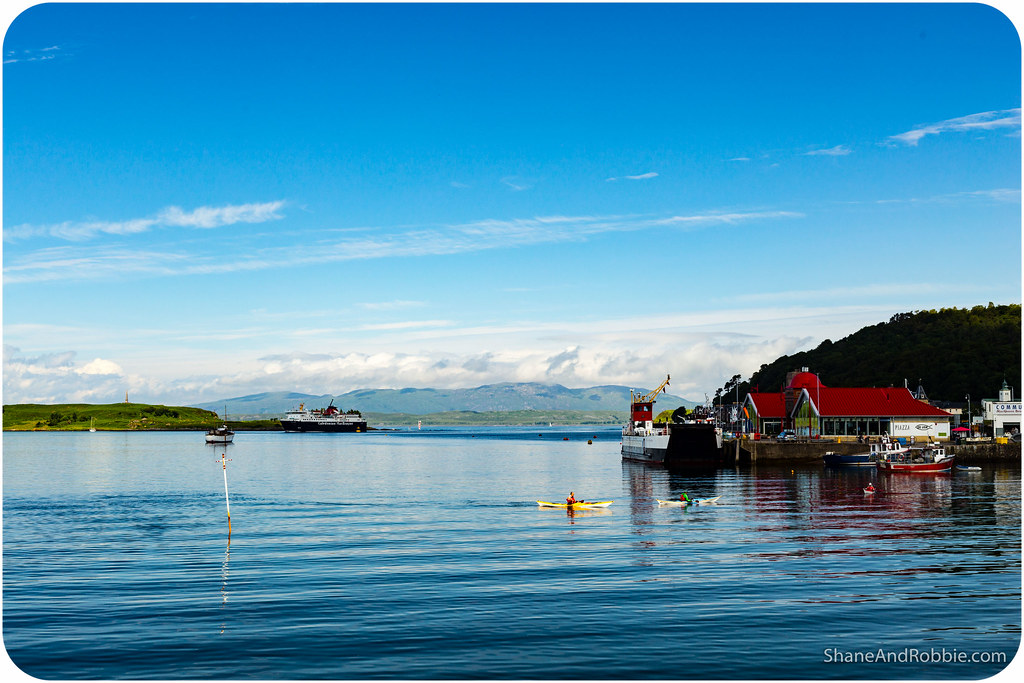 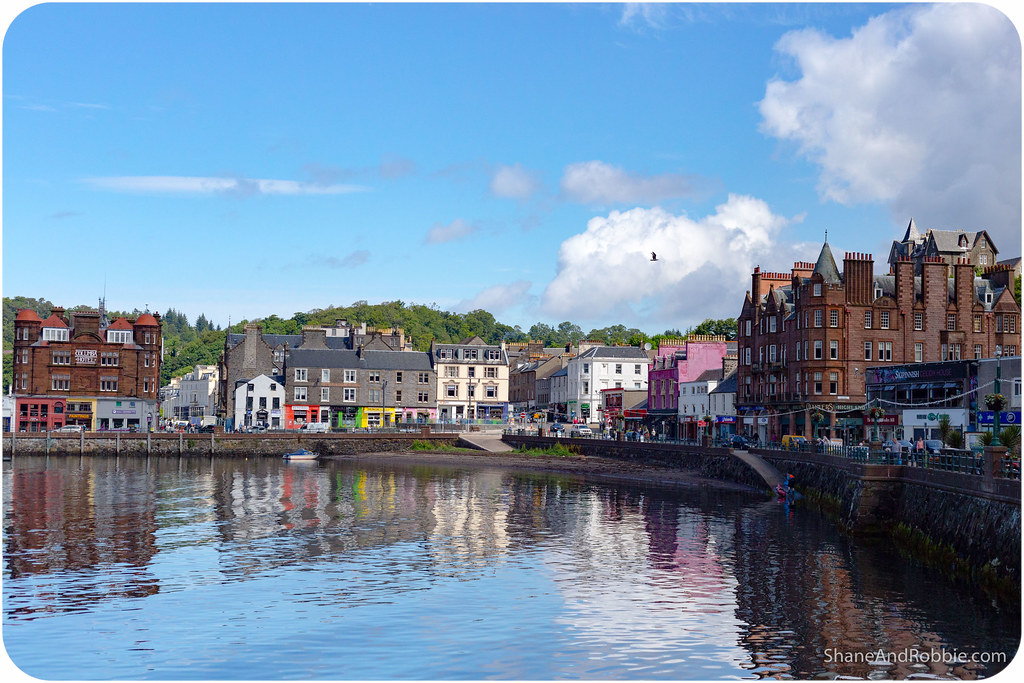 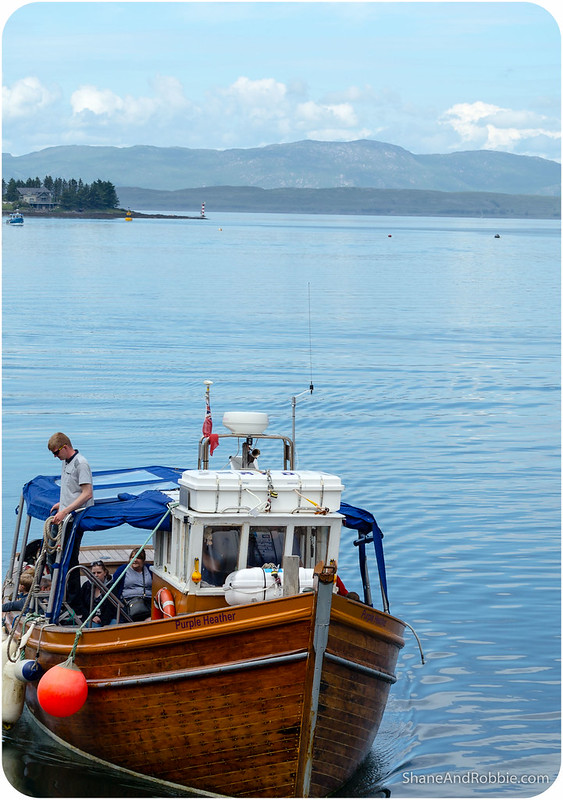 It was around lunchtime when we arrived so we headed straight out for some fish and chips after dropping our bags off at the guesthouse we’re staying at. We had some incredibly fresh fish and chips, sitting right on the waterfront watching the fishing trawlers coming in with their day’s catch. 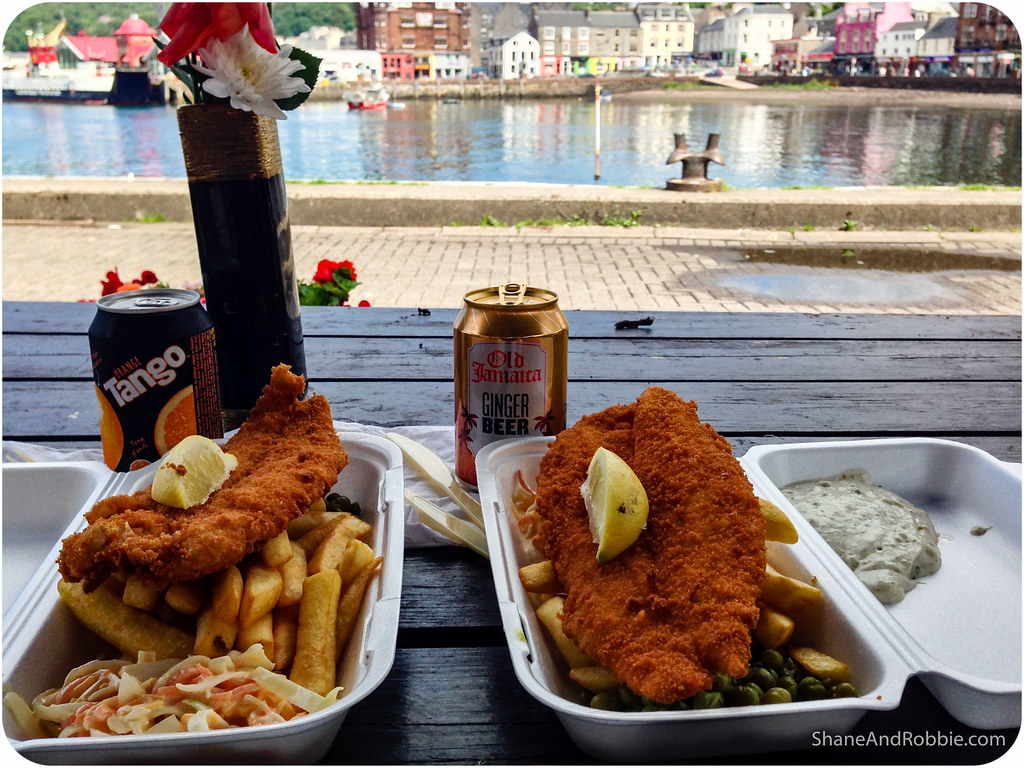 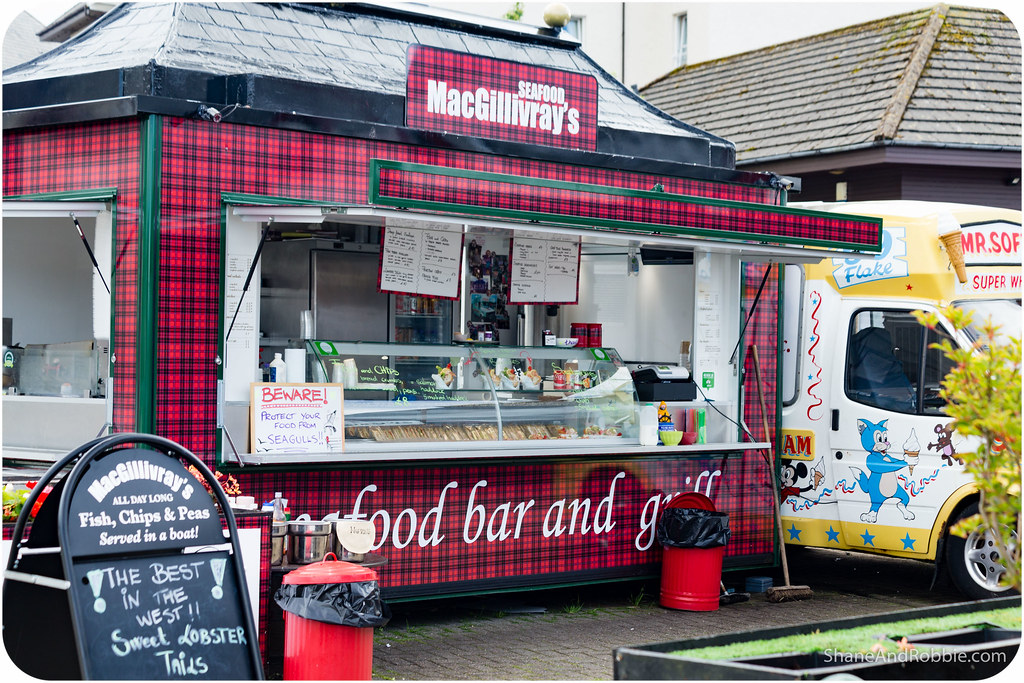 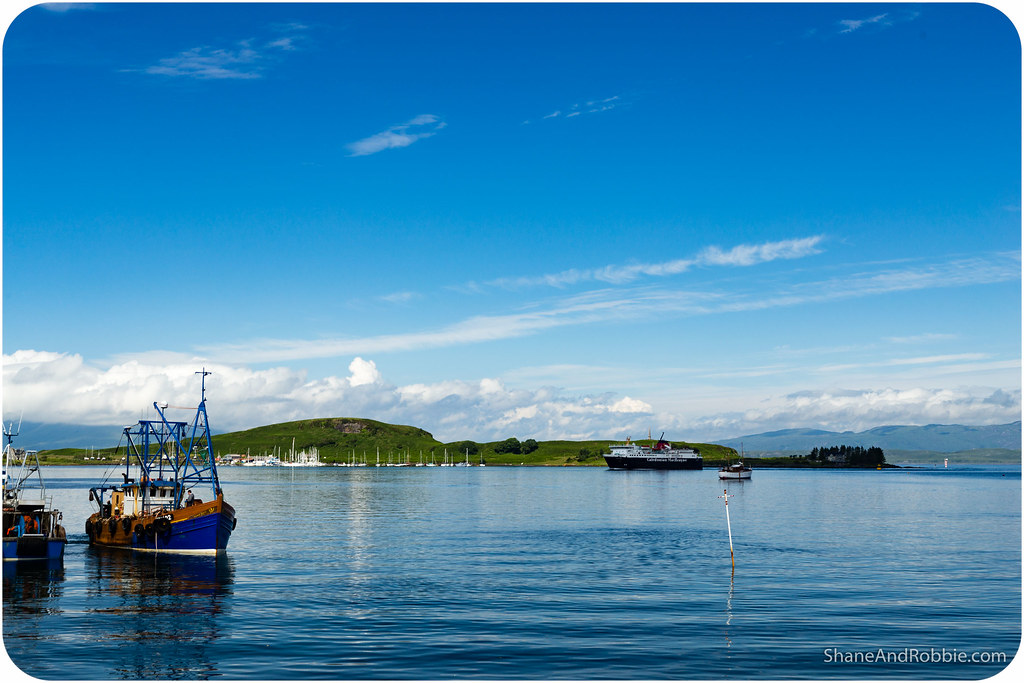 Fishing is one of Oban’s mainstays; tourism being the other. Oban was once just a tiny fishing village, but the arrival of the railway in the 1880s brought visitors and prosperity. Since then the principal industry has remained tourism, though a few fishing boats still ply the cold waters around here for lobsters, langoustines (like a prawn with pincers), crabs, haddock, and other fish. 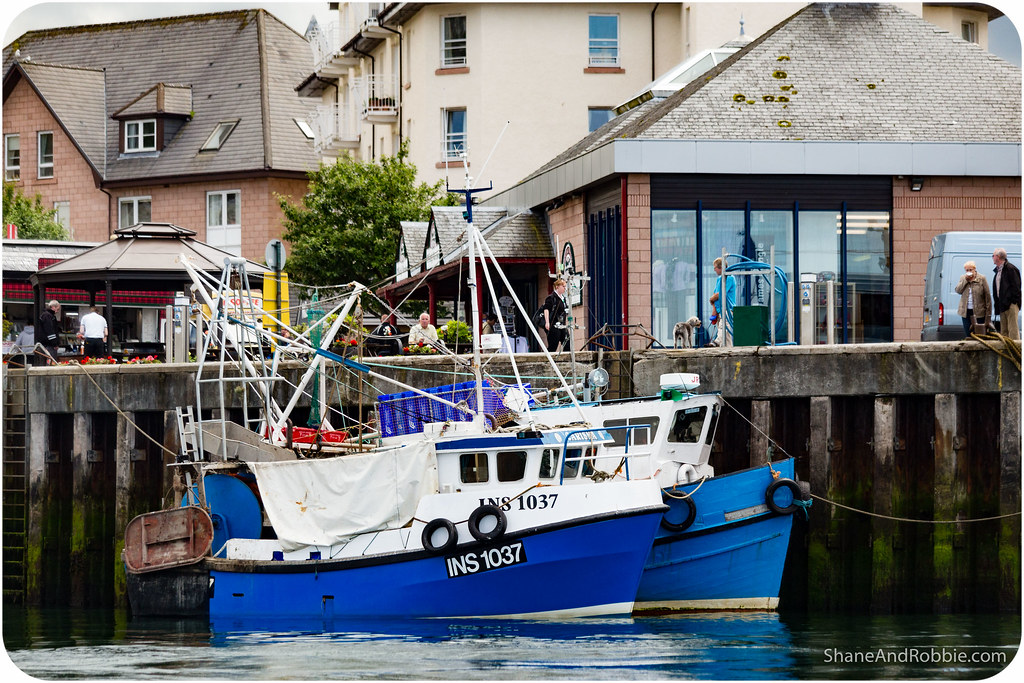 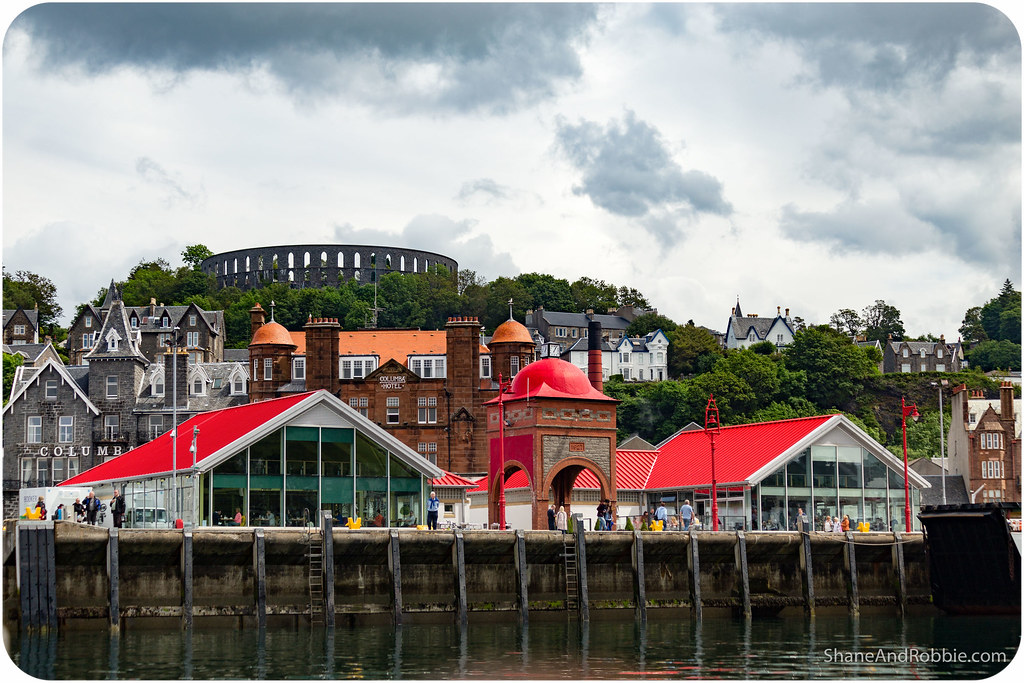 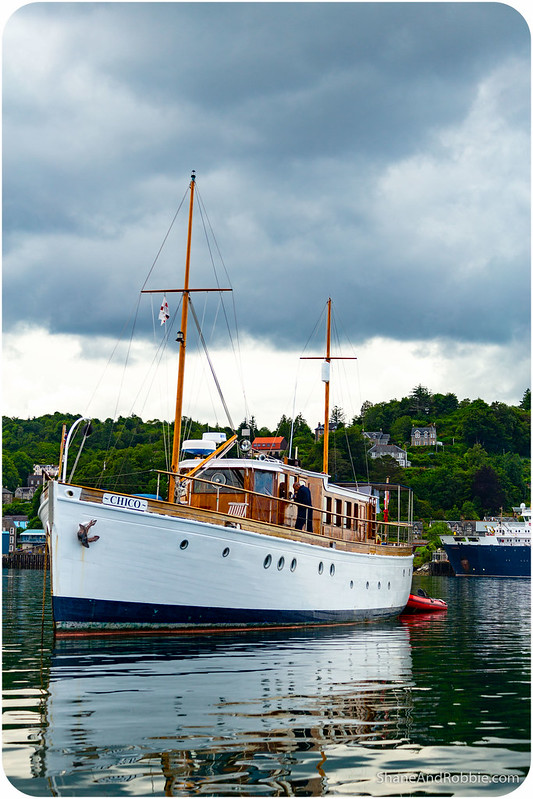 Much of Oban was built during the late 19th century to cater for the influx of visitors who came via the West Highland Railway. The result is a very pretty town full of lovely old buildings. The central focus of the town is still the port, however, with fishing boats sitting alongside tourist vessels and ferries. 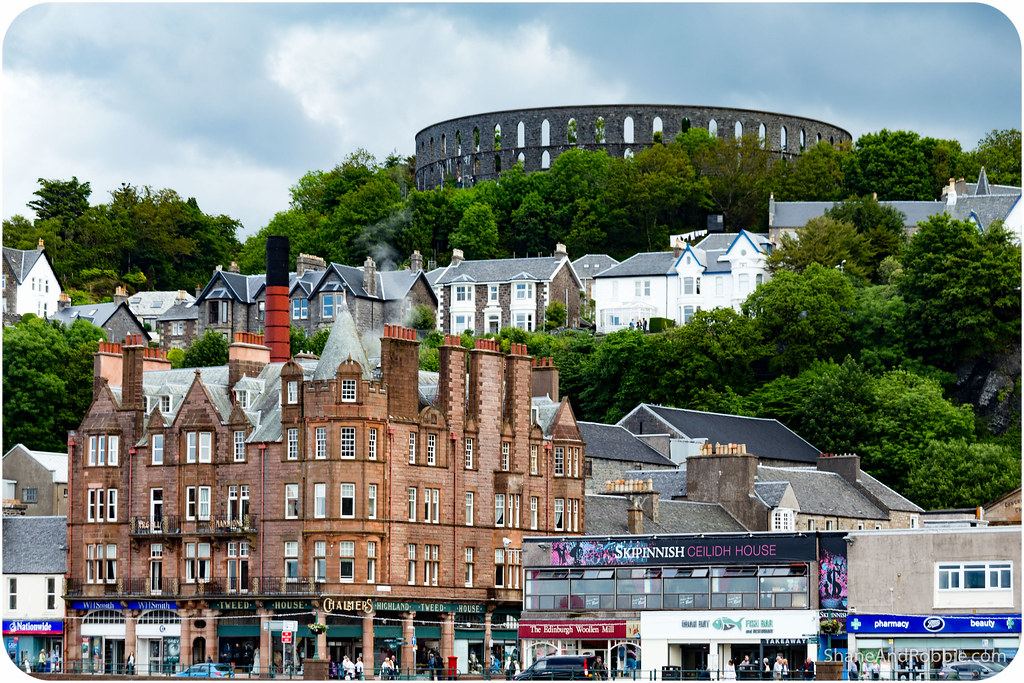 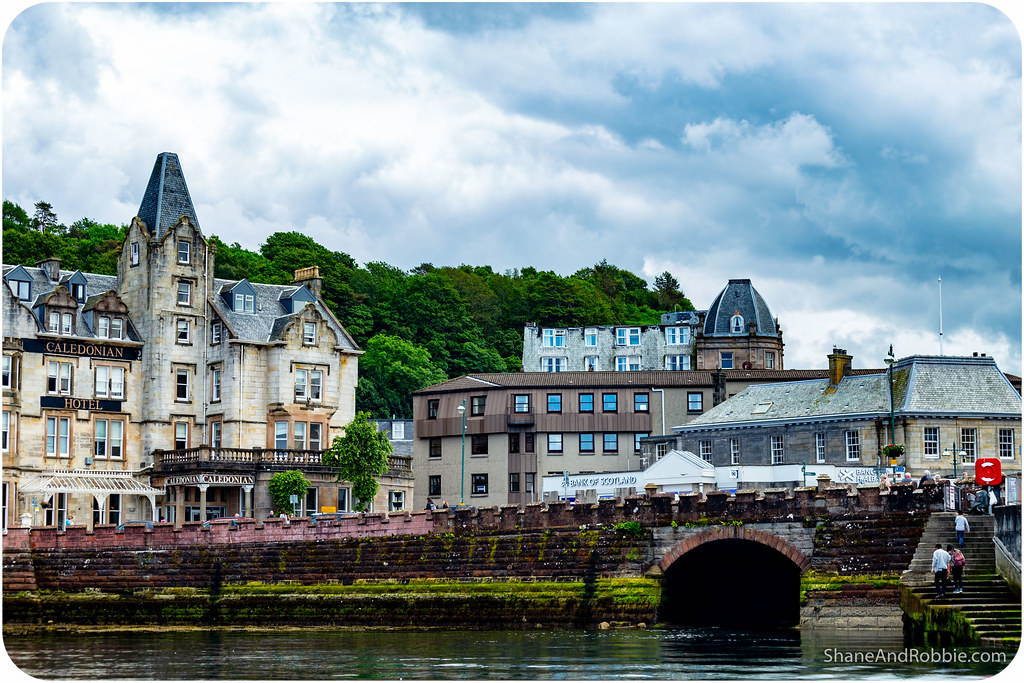 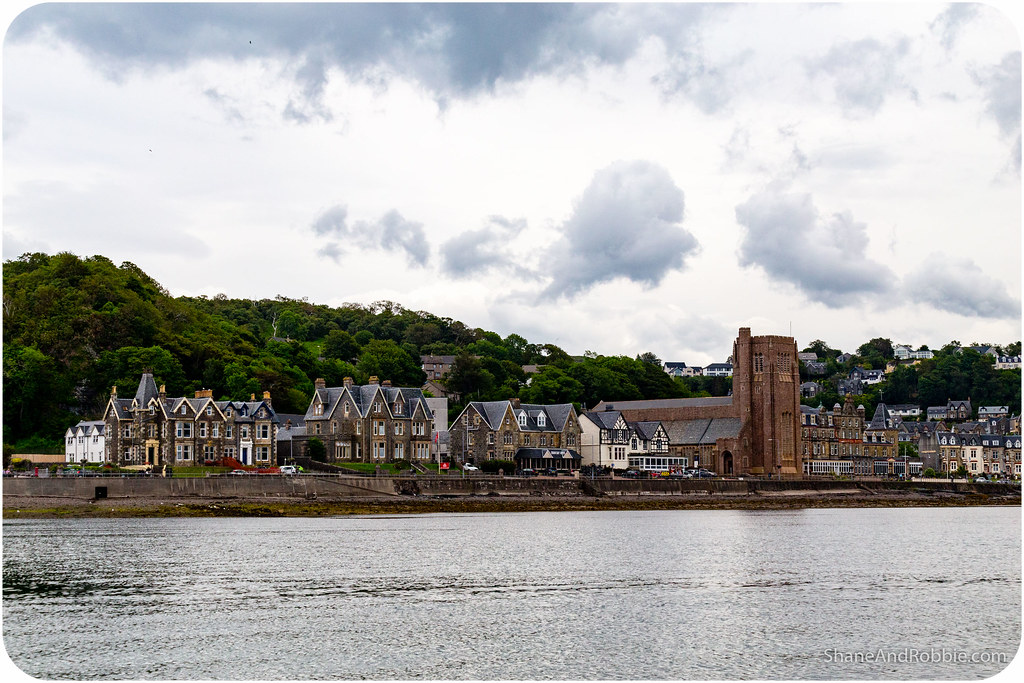 The wealth of fish and crustaceans just off the coast here attracts seals, and we got to see some of these sea-loving mammals this afternoon when we jumped on one of the many little boats that takes tourists around the Firth of Lorn. As well as fully grown seals, there were a whole lot of pups on the rocks as well. Born just 7-10 days ago, those plump little critters were so cute! 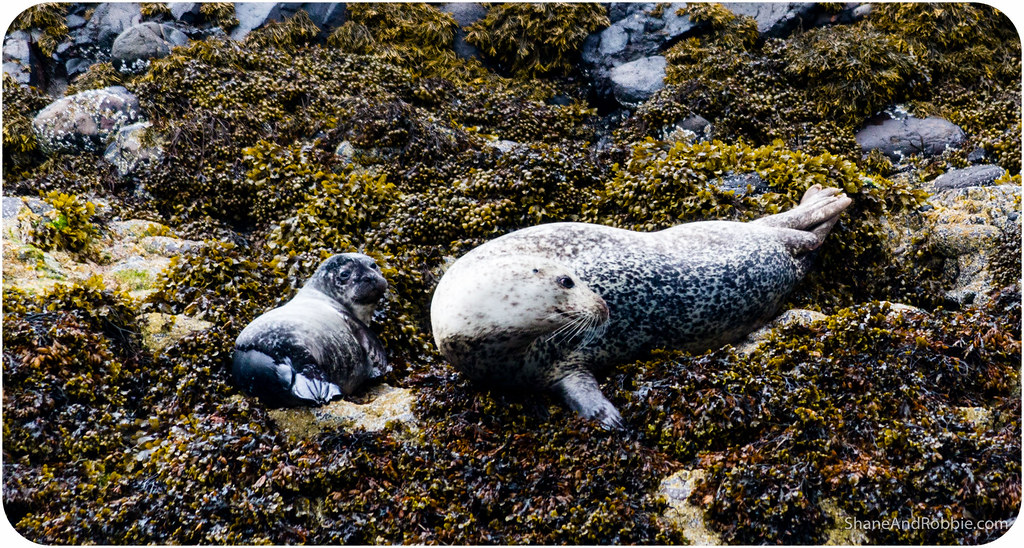 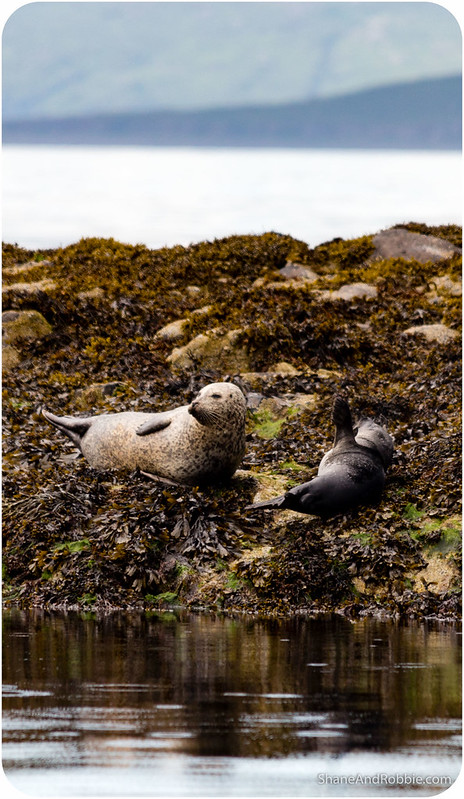 After our short cruise around the Firth of Lorn we headed off, up the coast, to see the 15th century ruins of Dunollie Castle. Once home to this region’s ruling family, the MacDougalls, Dunollie Castle sits on a high promontory overlooking Oban and the Firth of Lorn. The views from up there were great, though by this stage of the afternoon the clouds had rolled in and the weather had gotten decidedly more “Scottish”. 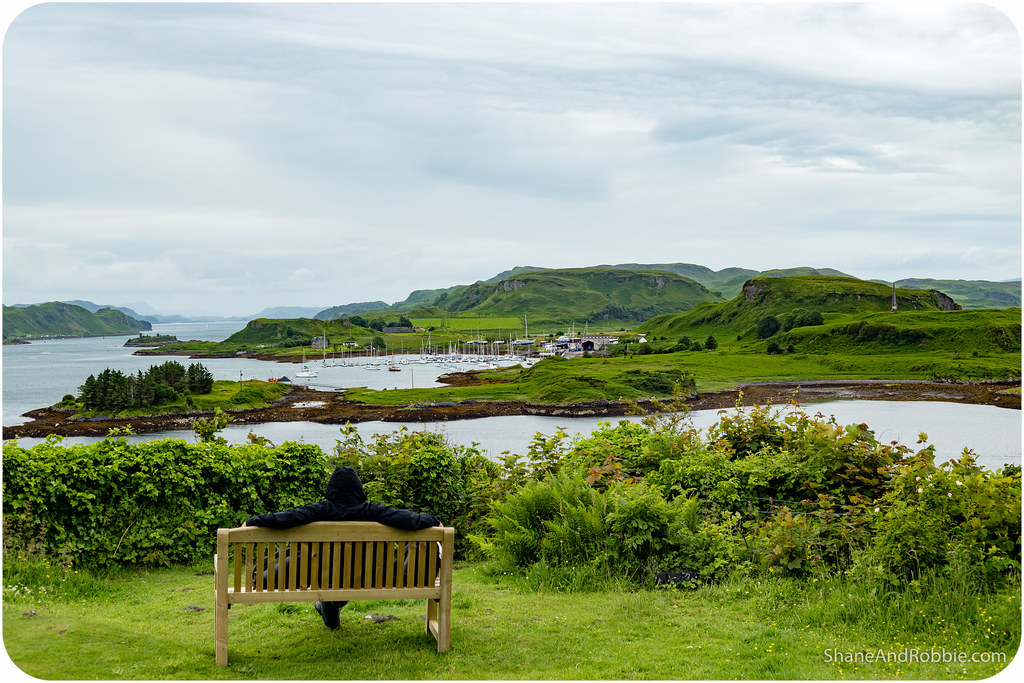 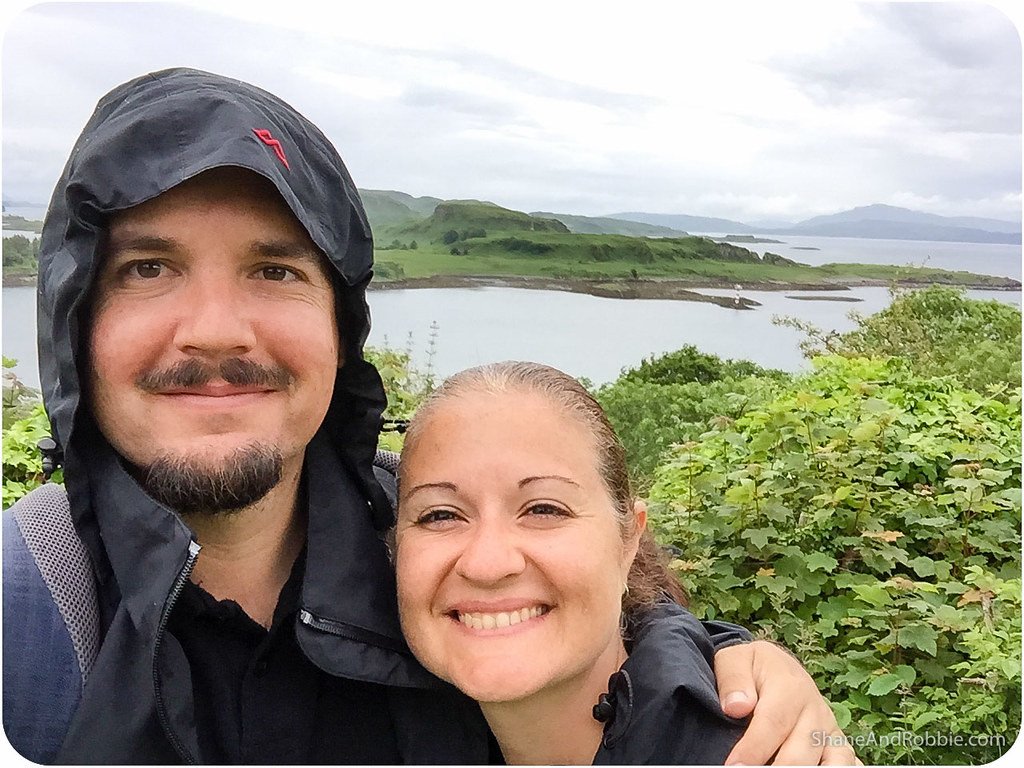 Not to be out-done by the winds and rain of this marvellous Scottish summer we put our wet weather gear on and went exploring around the hills behind Oban. We followed a path up through the forest and then back down through the woods until we eventually found ourselves back in town, ready for a hot shower and a warm meal. 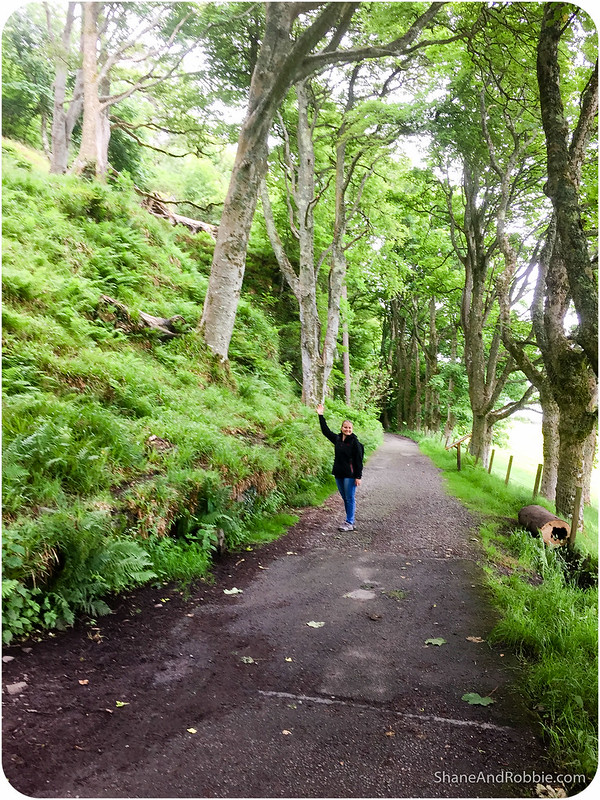 Both those needs have now been met and we’re now looking at where we might go exploring tomorrow. There’s so much to see and do around Oban that it’s hard to decide. Should we go sailing around the Hebrides Islands? Exploring the Isle of Mull, or the mystical island of Iona? Or maybe diving with whale sharks?? The most important determinant of our decision might be the weather – the seas around here can get seriously gnarly and before we commit to anything that involves being on a small boat out there in the vast ocean, we need to see what Neptune has in store for us first! We’ll let you know tomorrow hot it went… 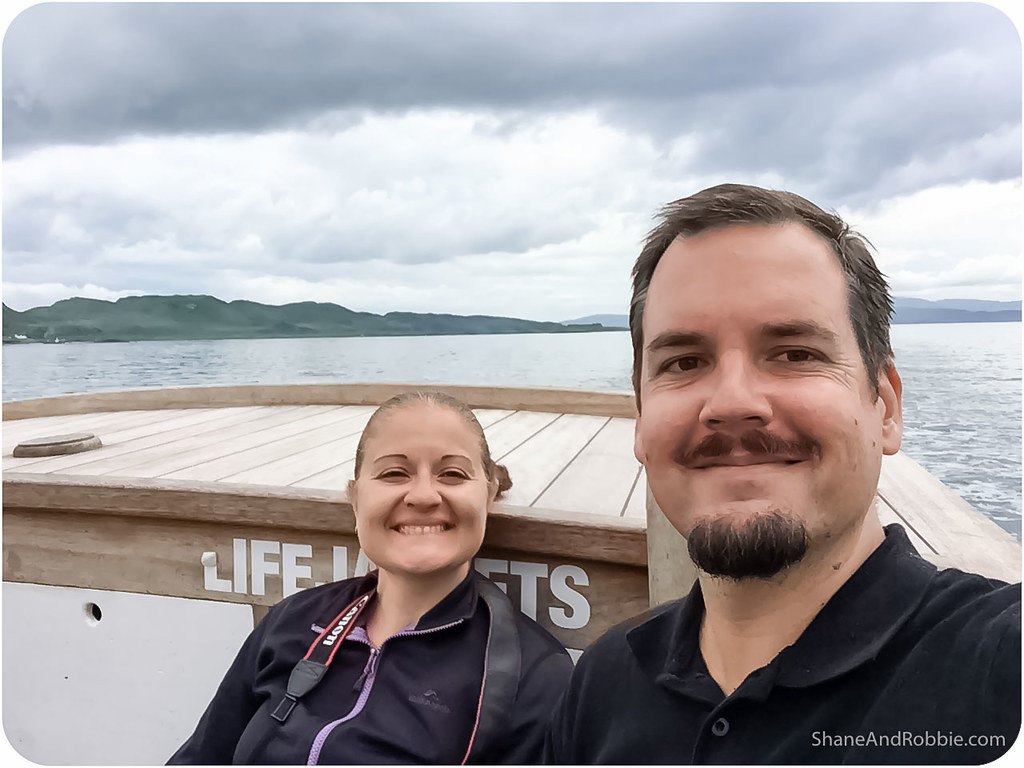