We crossed out of Northumberland today and entered the historic county of Yorkshire. Once populated by Celts, then by Romans, Yorkshire was invaded by Danish Vikings in 866AD and York (Jórvík) dubbed its capital. The Danes left their mark on this Northern English county, with the local dialect still using words derived from Old Norse (e.g. streets still referred to as “gates” here, from the Nordic word “gatta”, meaning road). In the 11th century the Kingdom of Jórvík came under the rule of the Normans, and was eventually subsumed into England. Today it’s one of England’s most visited regions; tourists from all over the world are drawn to its rolling hills, vast expanses of moorland, its historic abbeys and castles, and to York city itself. These are things that have brought us here too, and we started our explorations of Yorkshire today with a visit to the countryside and to Castle Howard – one of Yorkshire’s grandest stately homes. 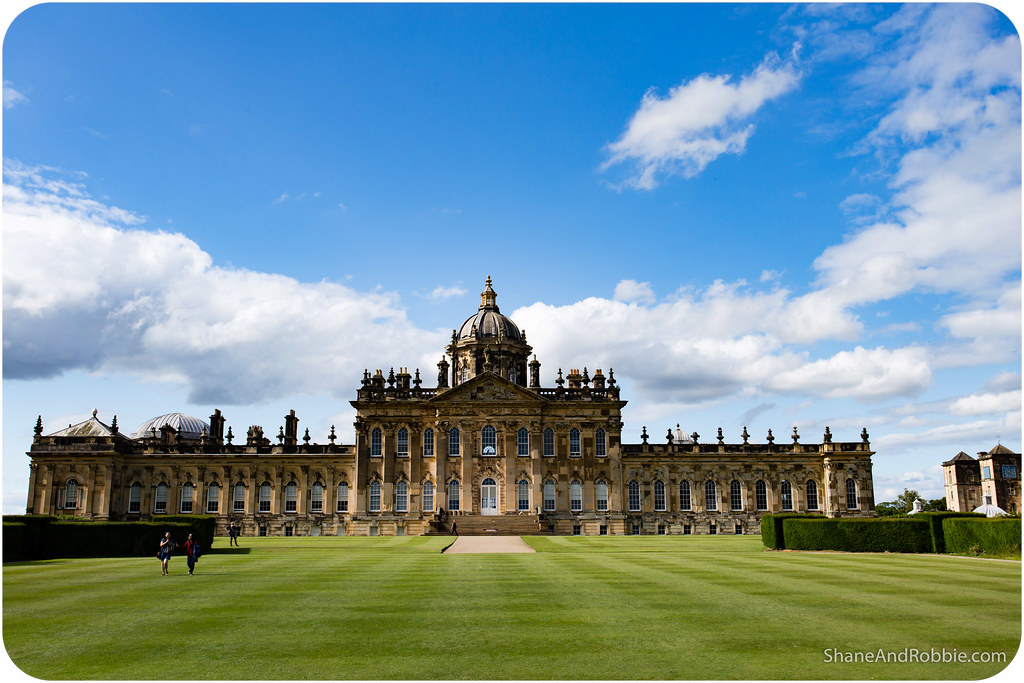 We arrived into York around midday and, after a quick lunch, went straight out to enjoy the sunshine and blue skies. We thought the best way to make the most of the good weather would be to head out into the countryside around York (our home-away-from home for the next little while). 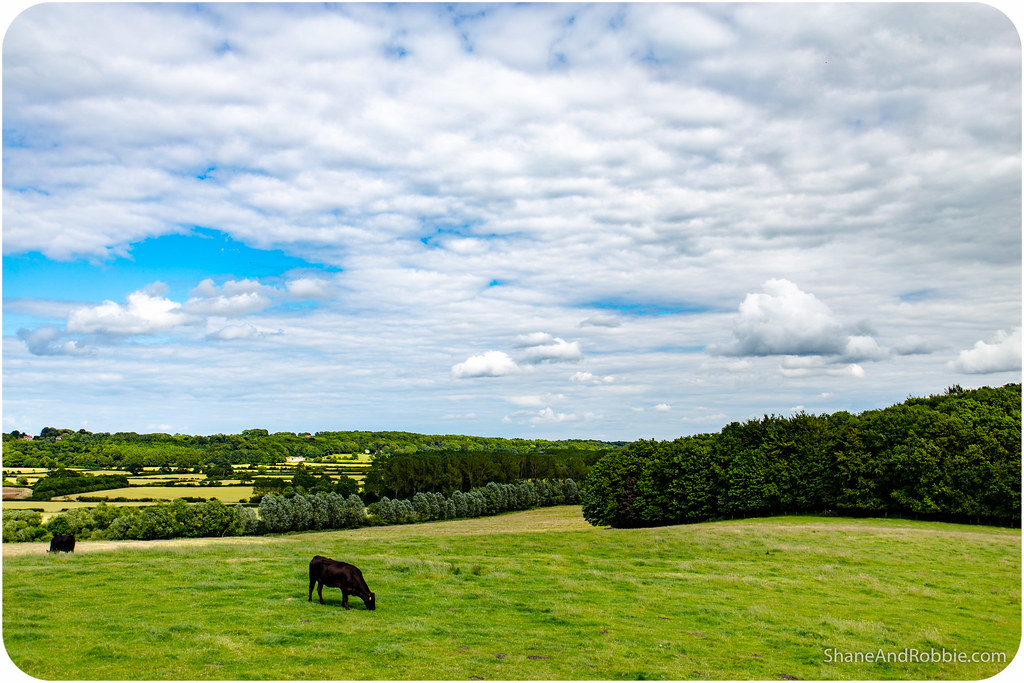 Castle Howard is about 25km out of York city and easily reachable by bus. This beautiful 18th century manor is not, strictly speaking, a castle, but maintains the title as it was built on top of an older military castle. The manor has been the home to the Howard* family for over 300 years, and is still a private residence (lucky for the Howards). Set amidst 1,000 acres of woodlands, farmland, and formal gardens, the house is Baroque in design and truly splendid from the outside.

*The Howard family is an English aristocratic family that has been part of the British peerage since the 15th century. As well as Castle Howard they still own all the surrounding farmland and most of the nearby villages (including 170 residential properties in said villages). 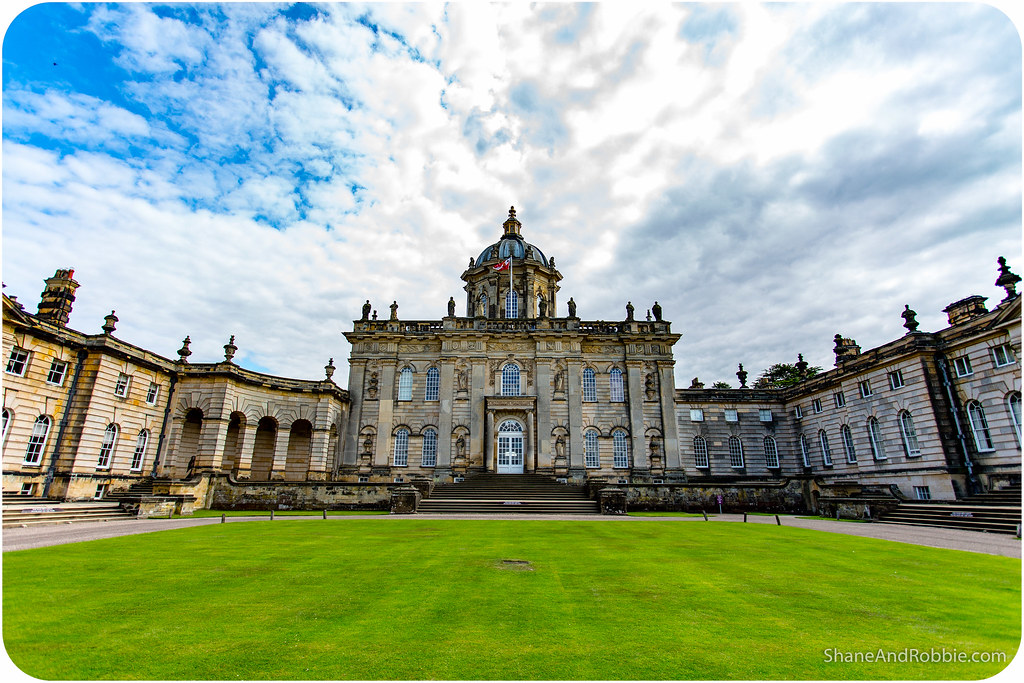 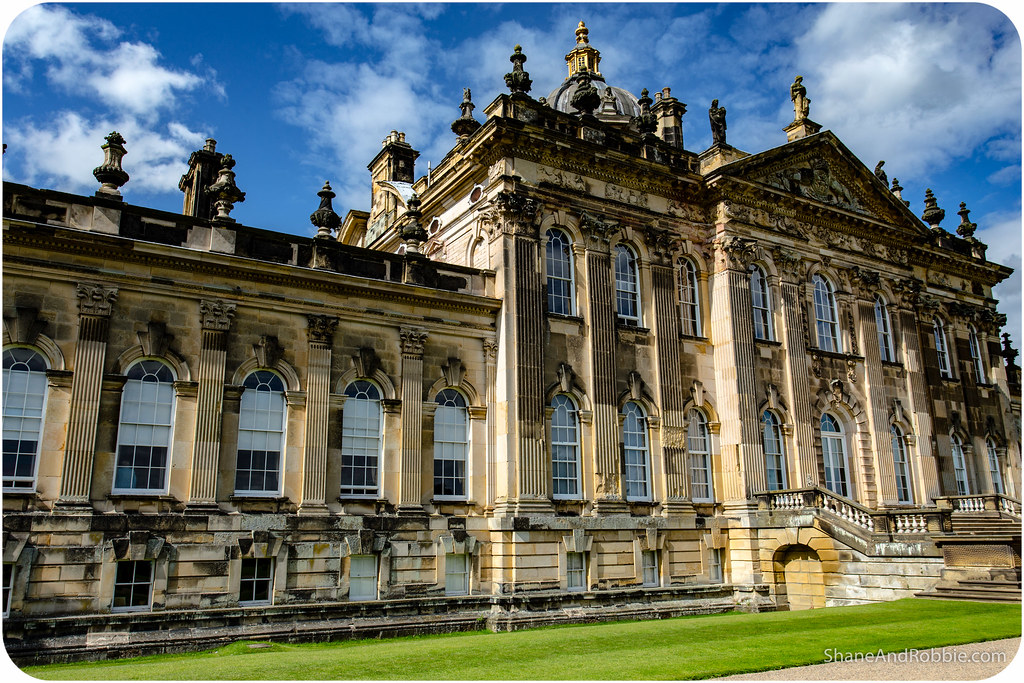 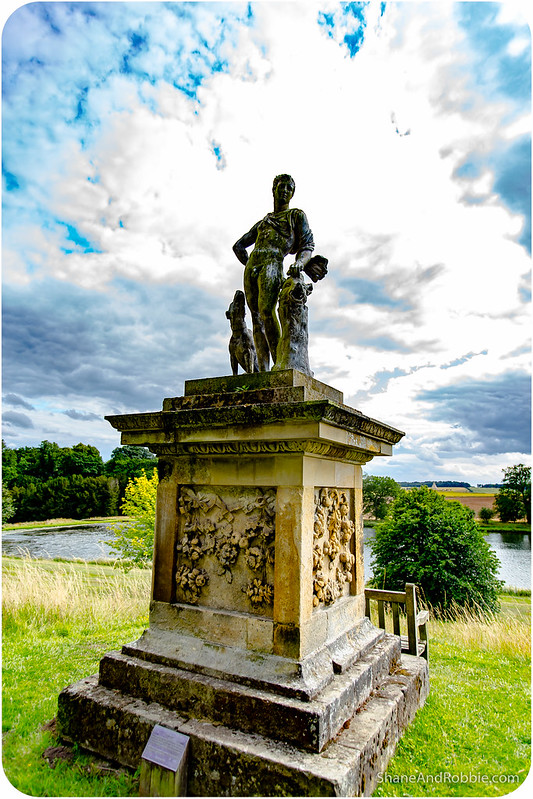 The inside didn’t disappoint either. Part of the house is open to visitors during the summer and we got to explore some of it today. The old bedrooms and sitting rooms were decorated in an incredibly ornate style, and hinted at the grand style which the Howard family would have resided in. 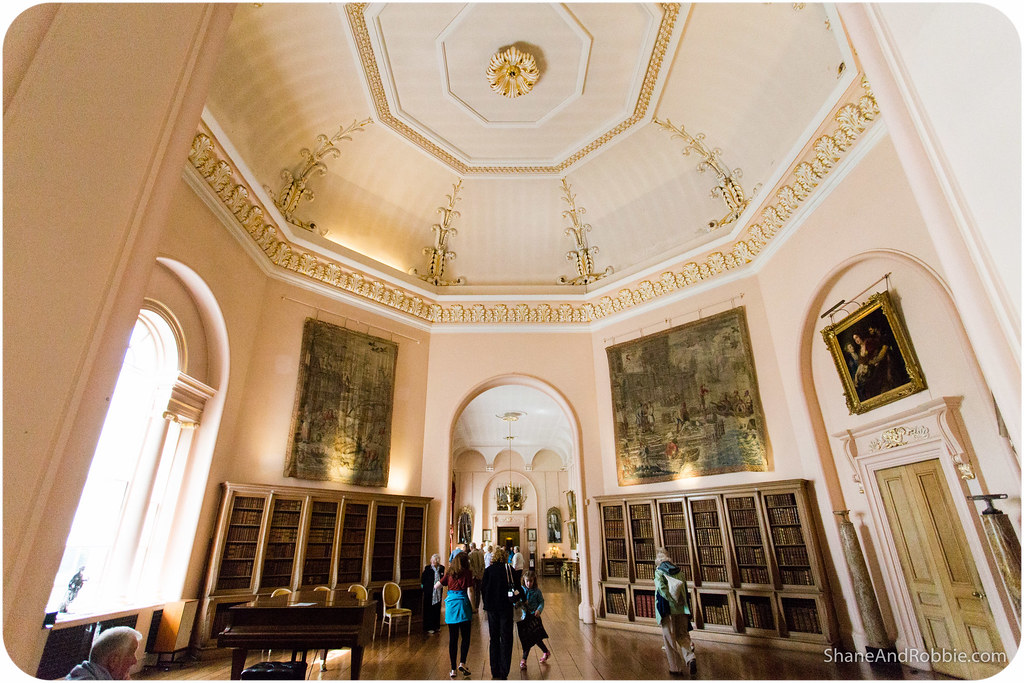 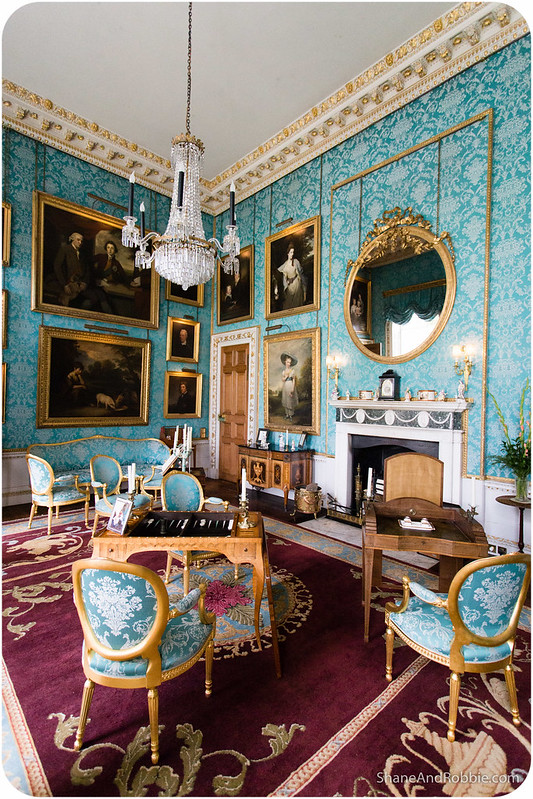 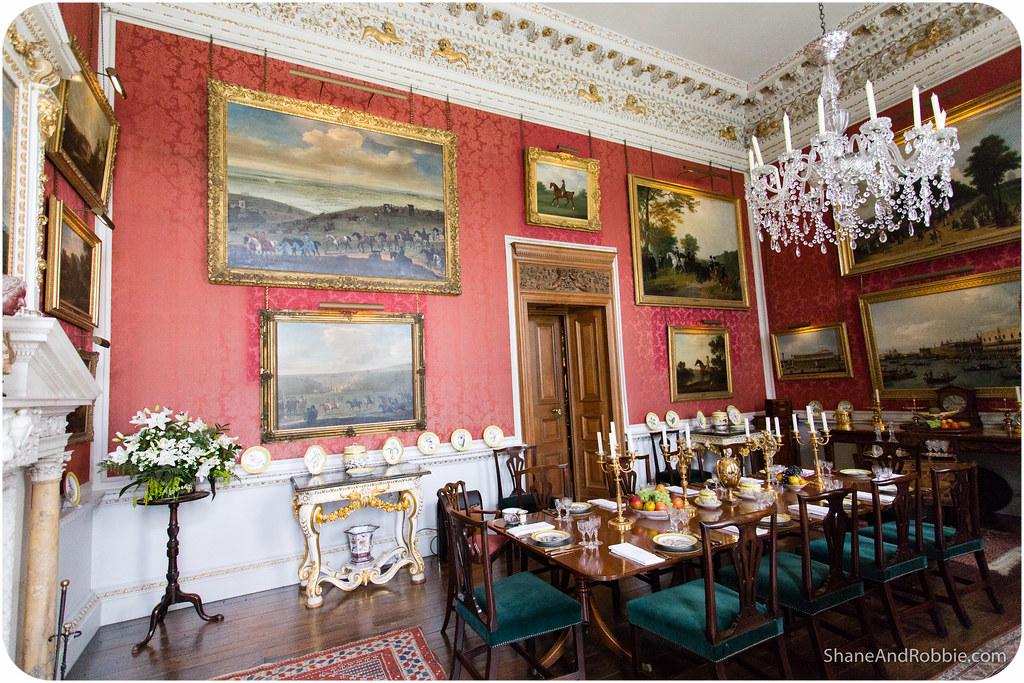 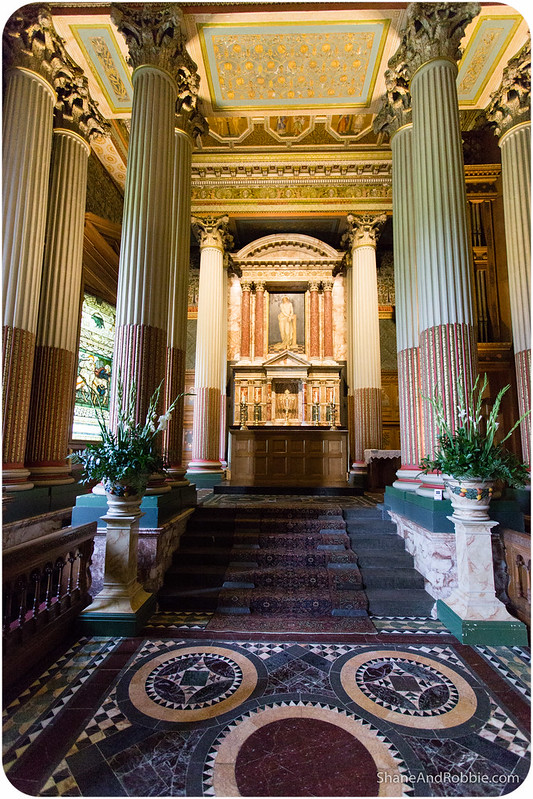 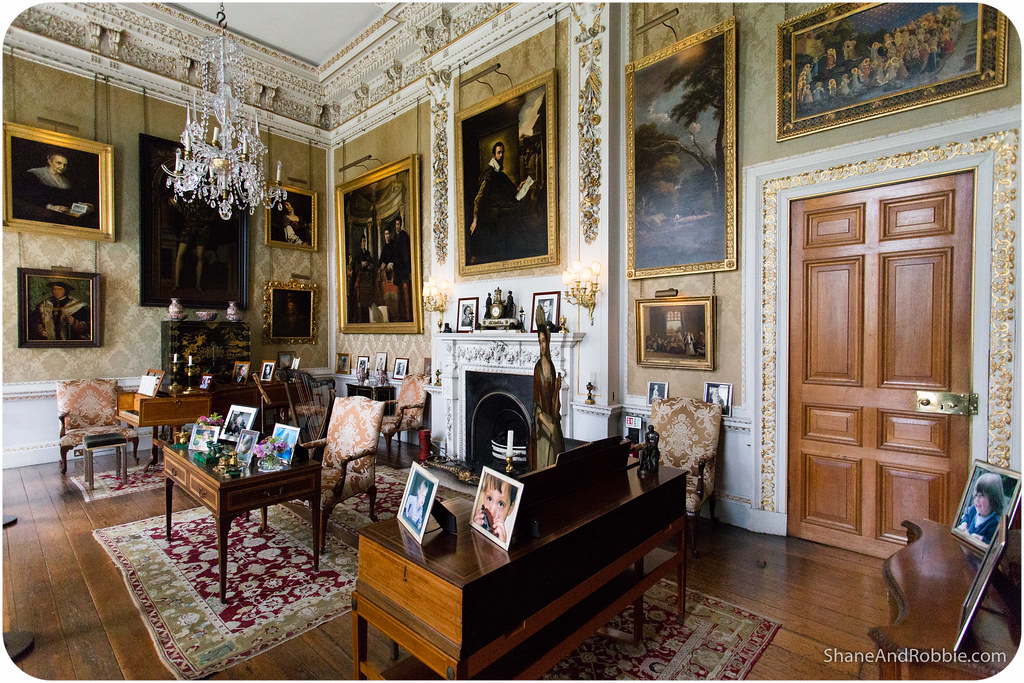 The Great Hall was especially grand, with its domed ceiling and adornments. 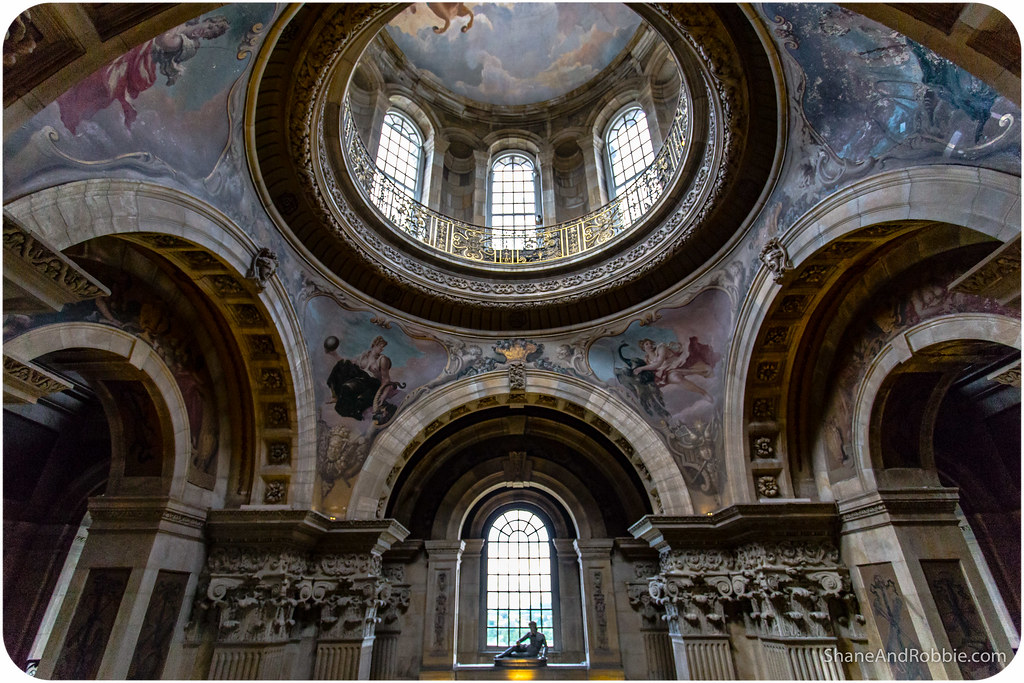 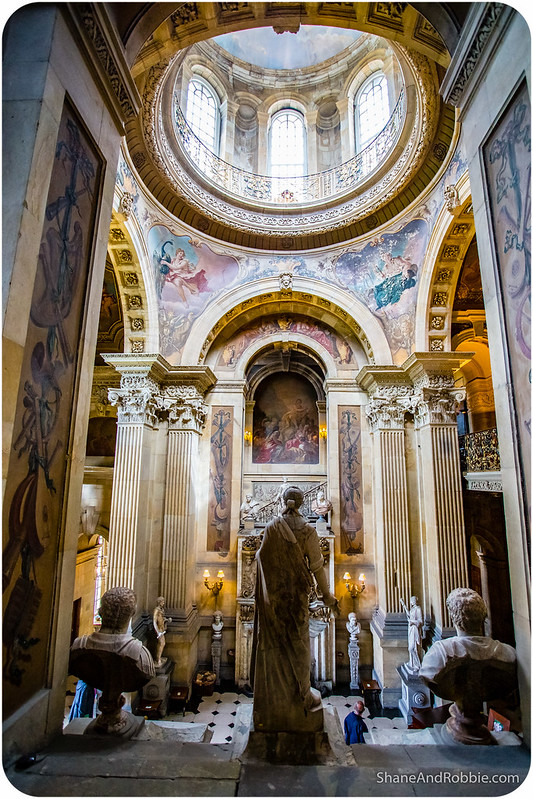 Parts of the house were decorated in a mock Greco-Roman style, just with genuine antique Roman busts and sculptures lining the galleries! Someone in the family was obviously a history buff and an antiques collector. 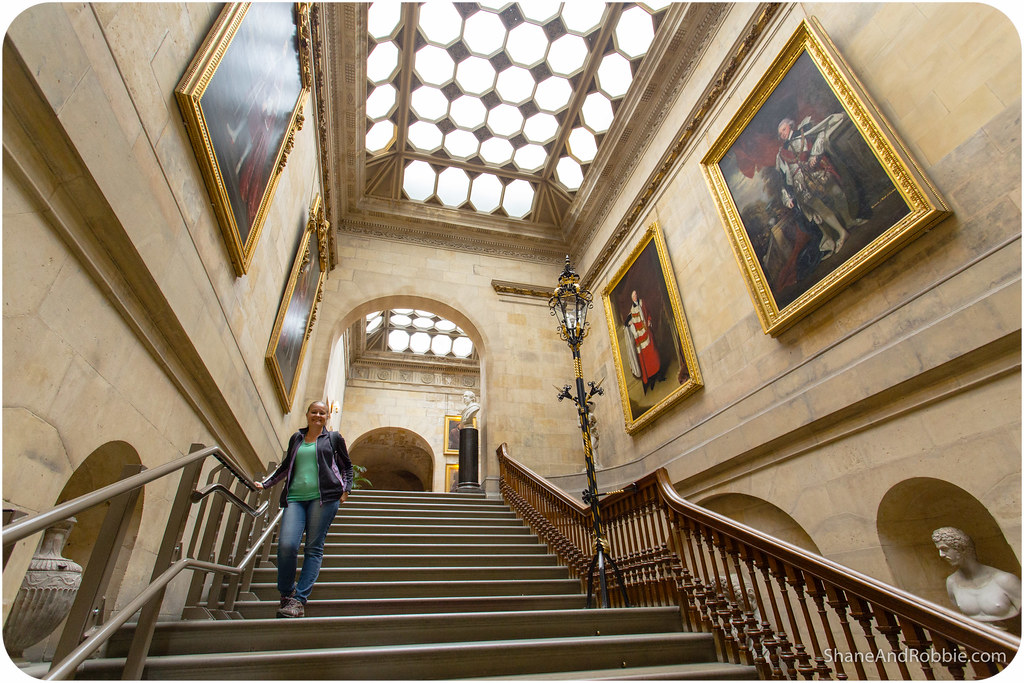 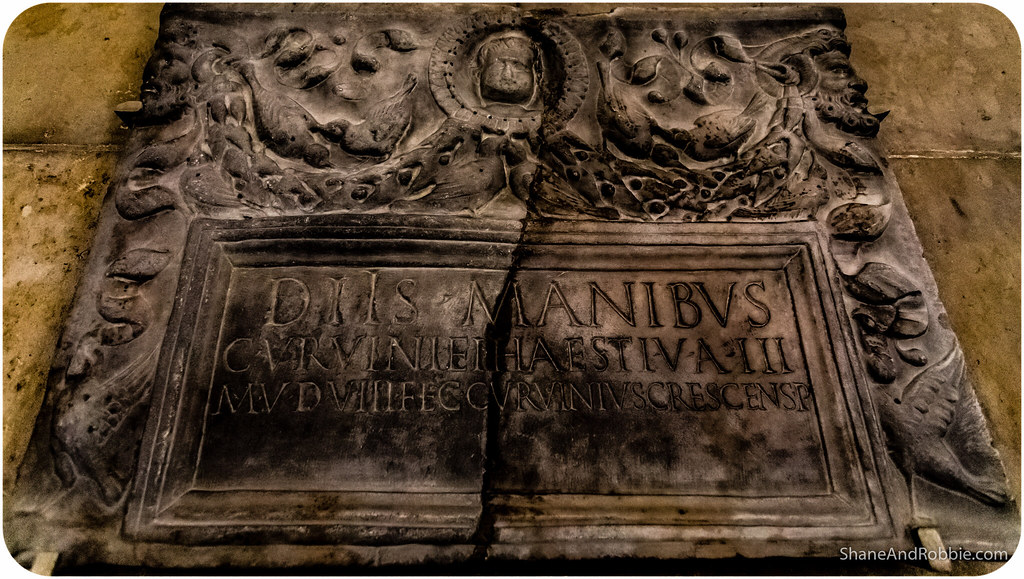 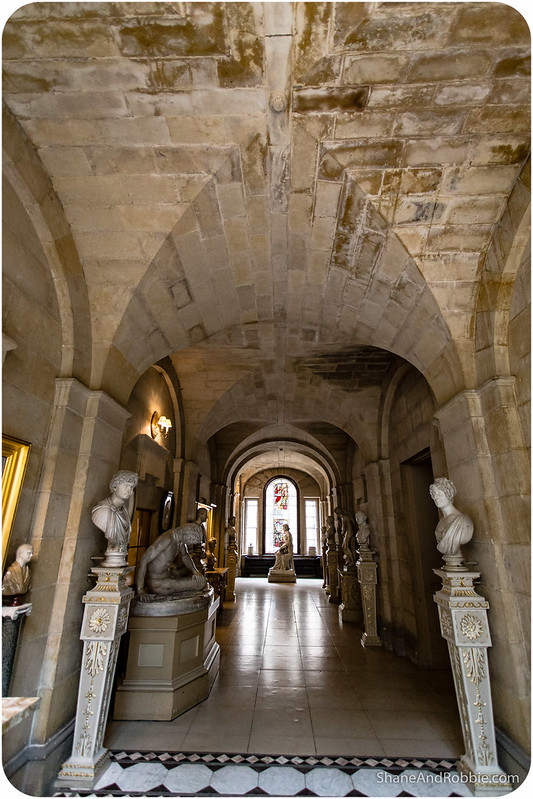 Outside we got to see some of the castle’s extensive formal gardens, complete with fountains, hedges, paved paths for strolling along, and colourful flower beds. 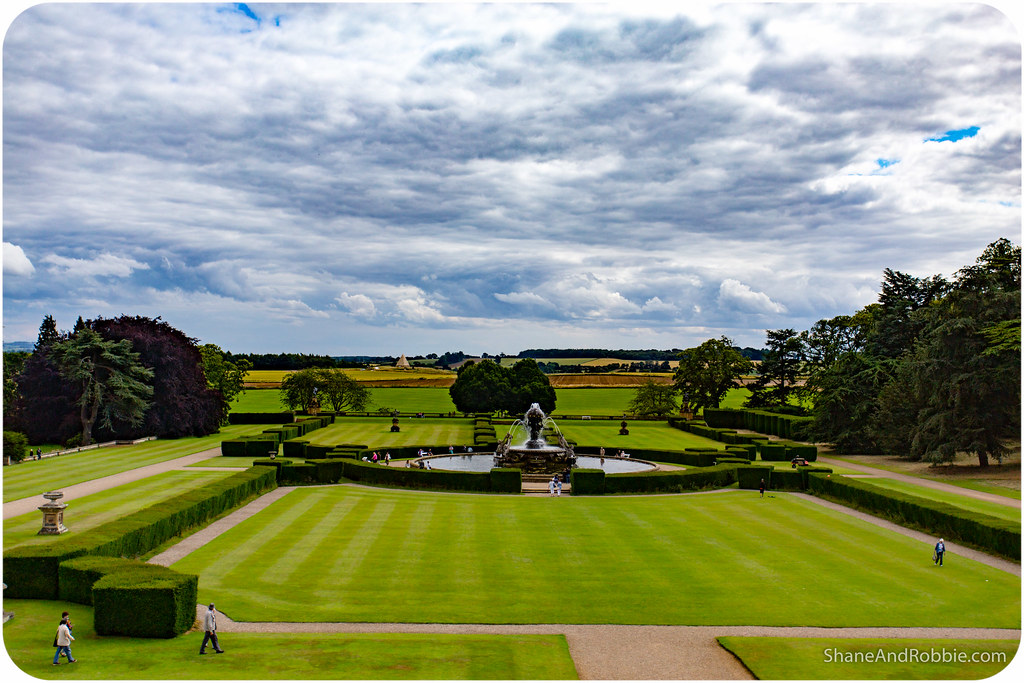 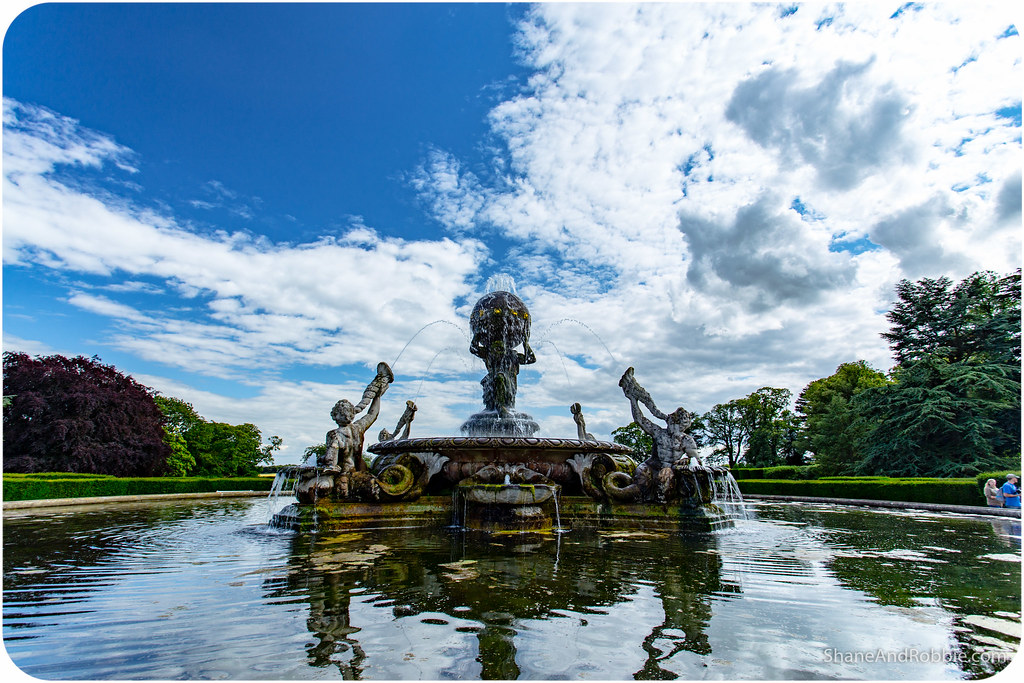 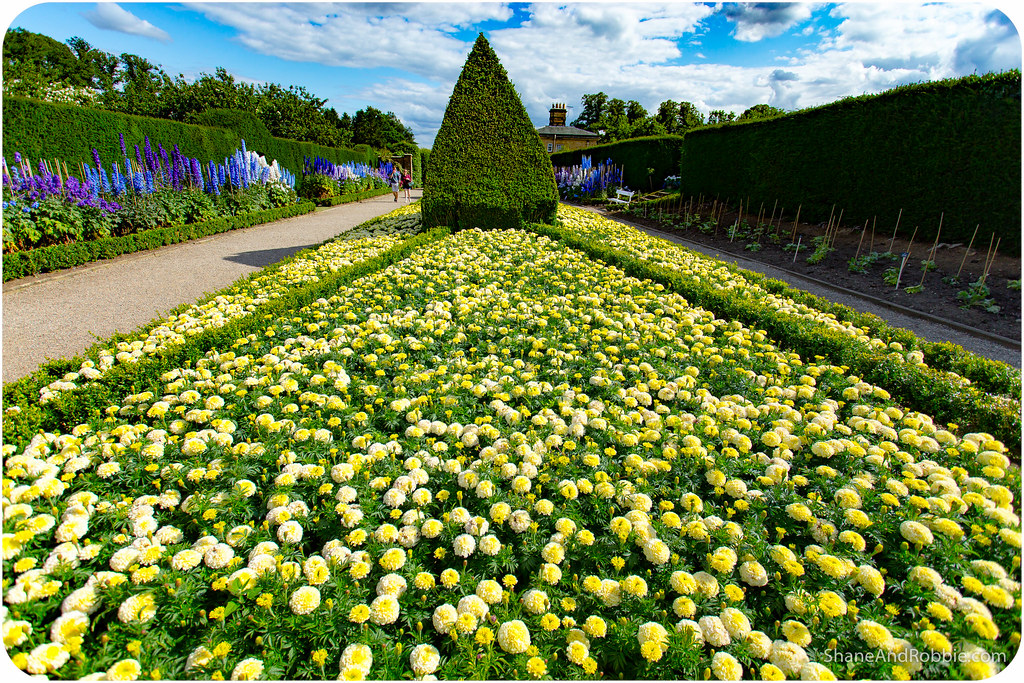 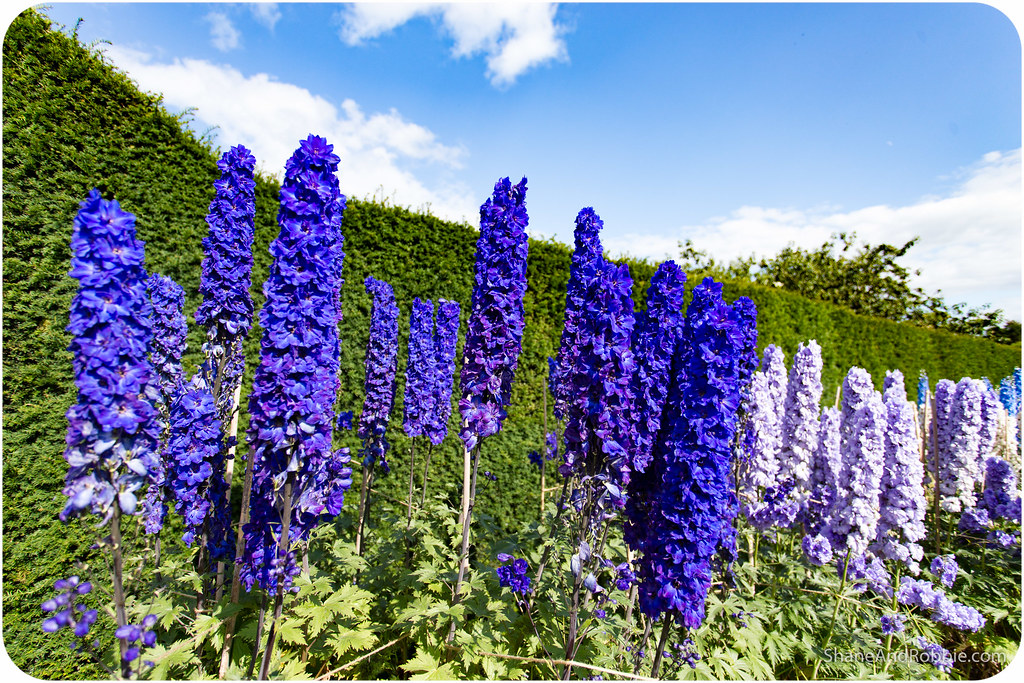 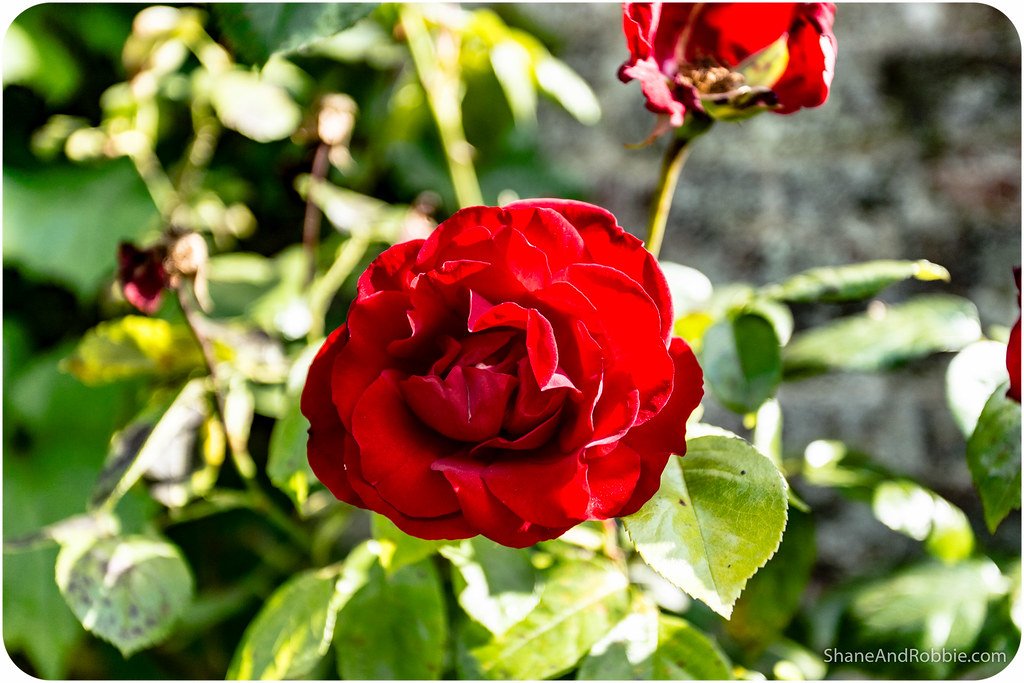 At the far end of the formal gardens we came across the Temple of the Four Winds. This faux Roman temple looked out over some of the family’s extensive farmland and made for a good place to stop and admire the scenery for a while. 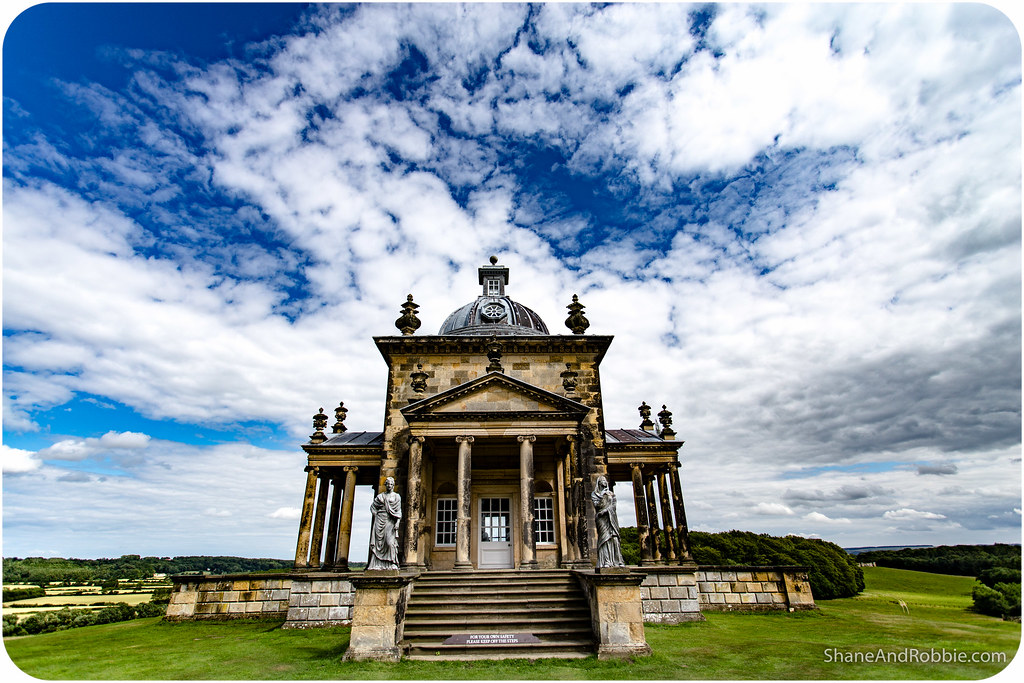 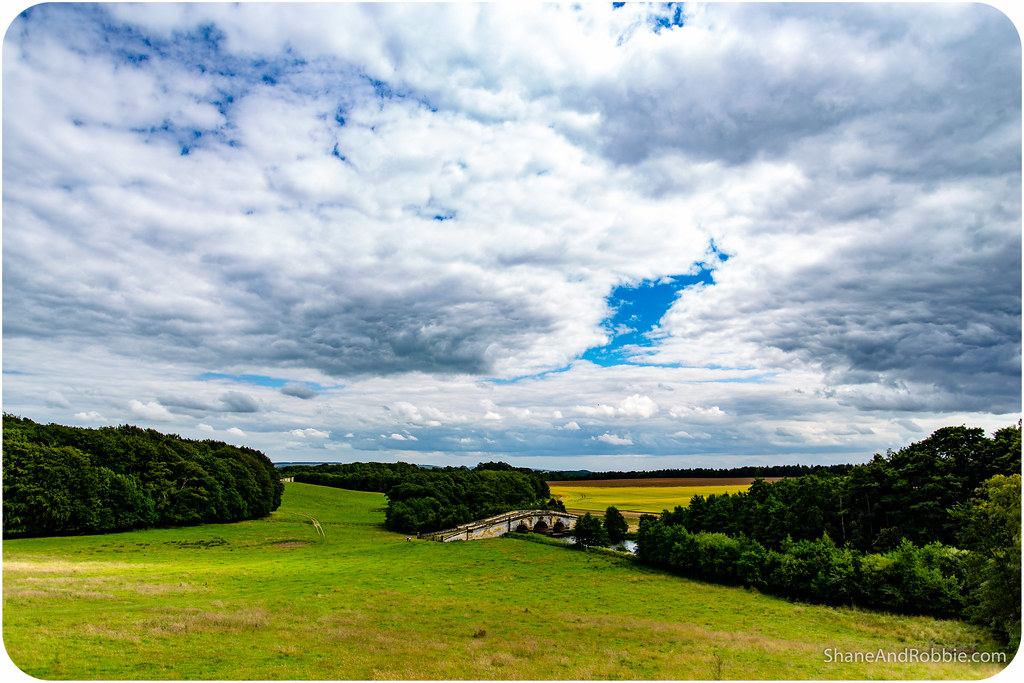 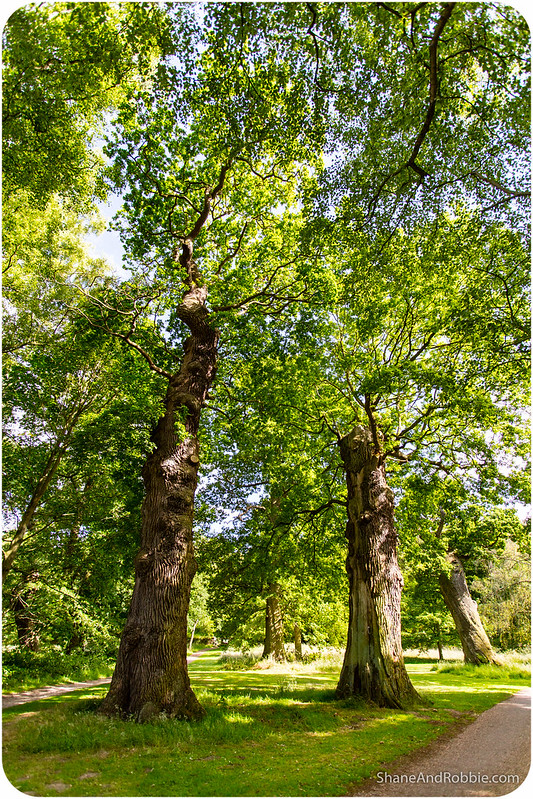 There was even a forested part to the garden, called Ray’s Wood, which we spent a bit of time exploring*.

*Translation: That we got a little lost in and took some time to find our way out of. 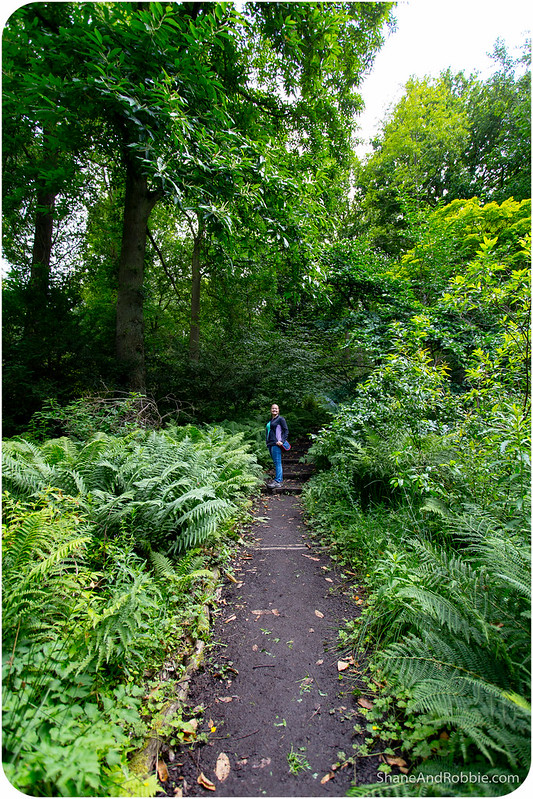 Essentially we spent all afternoon at Castle Howard, strolling through the house and its gardens, enjoying the fresh country air, and taking in the views of rural Yorkshire. Often referred to as “God’s own country”, Yorkshire sure is pretty! We’ve got a few days in this part of England and are really looking forward to exploring more of it and finding out a bit more about its fascinating history. 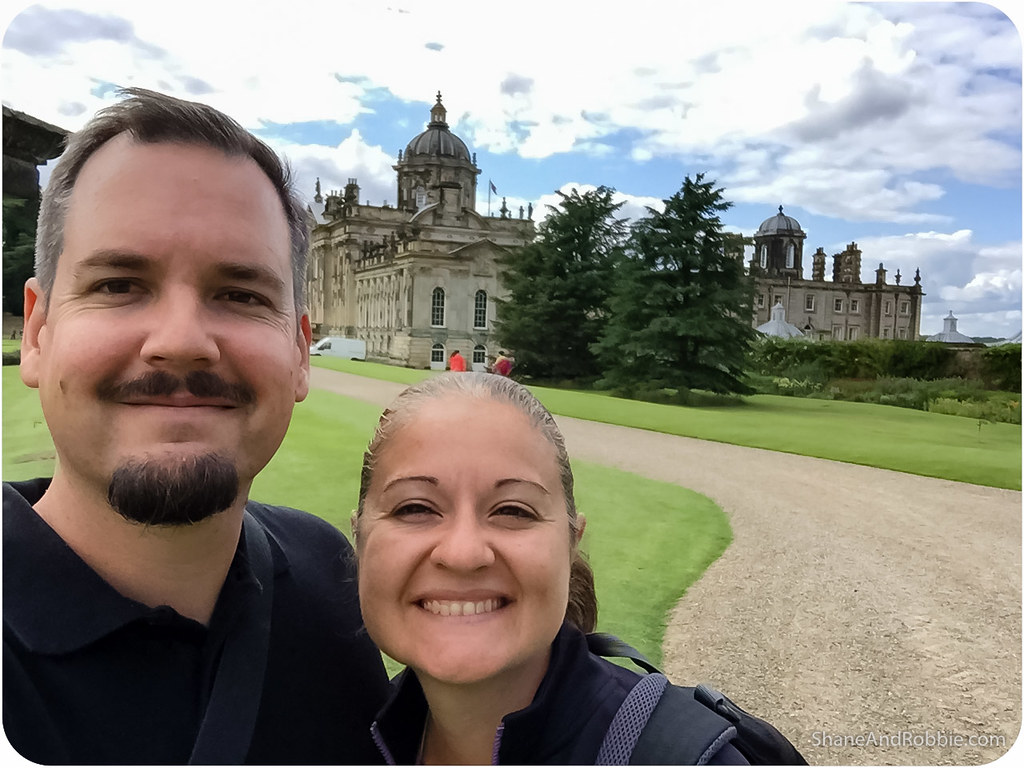