We took ourselves to Oxford today, to explore some of the city’s Medieval streets, beautiful architecture, and hallowed halls. Renowned throughout the world as a centre of learning, Oxford is so much more than just a university; we found a city buzzing with life, steeped in history, and oozing with character and charm. It really is a wonderful city, and one we’d love to spend a bit more time in one day. 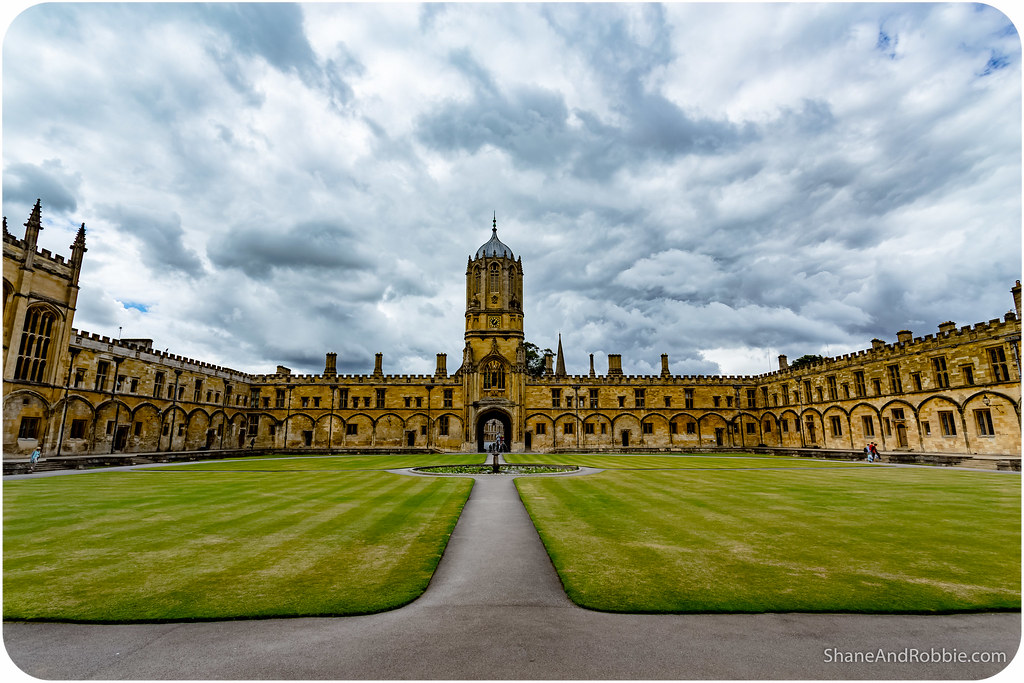 One of the world’s most famous university cities, there’s no doubt that Oxford is a privileged place. The elegant honey-coloured buildings of all the university colleges are scattered throughout the town, making it a joy to just stroll through the streets. 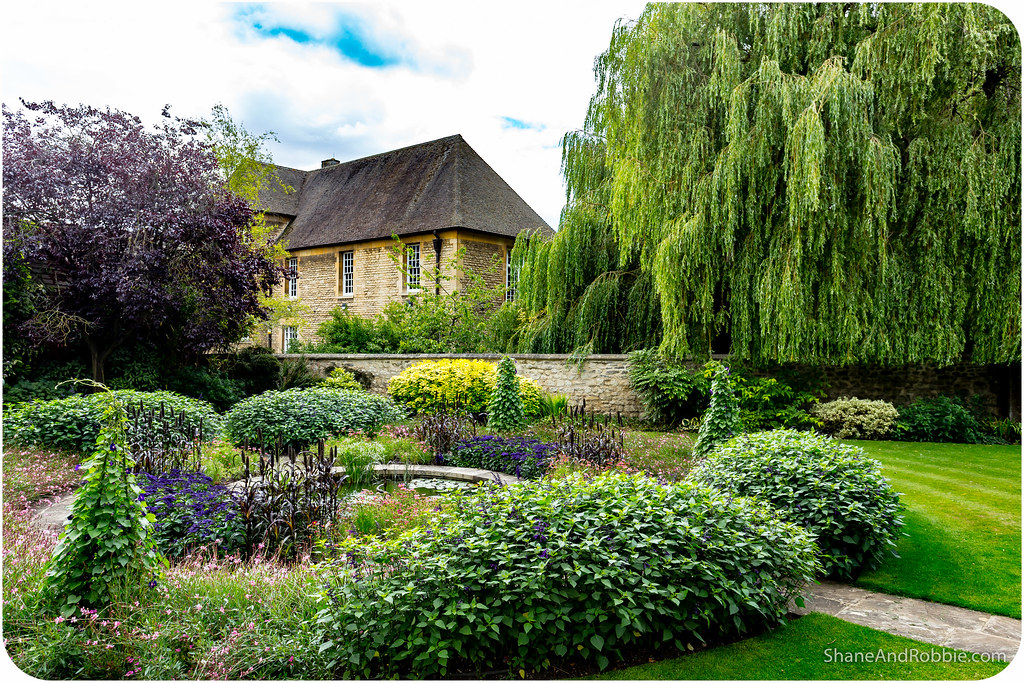 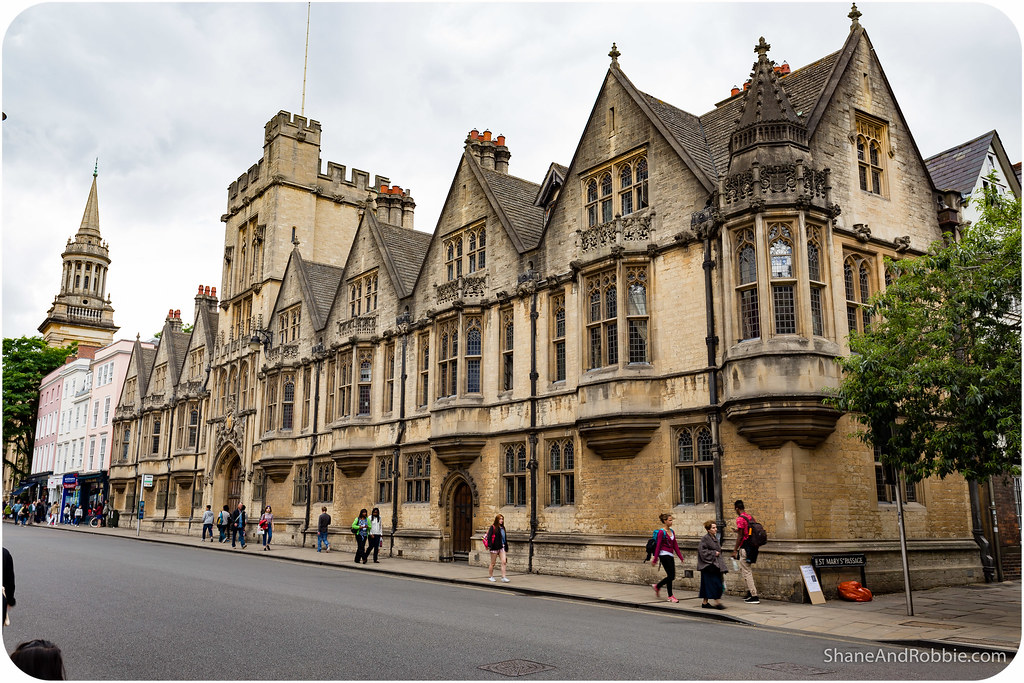 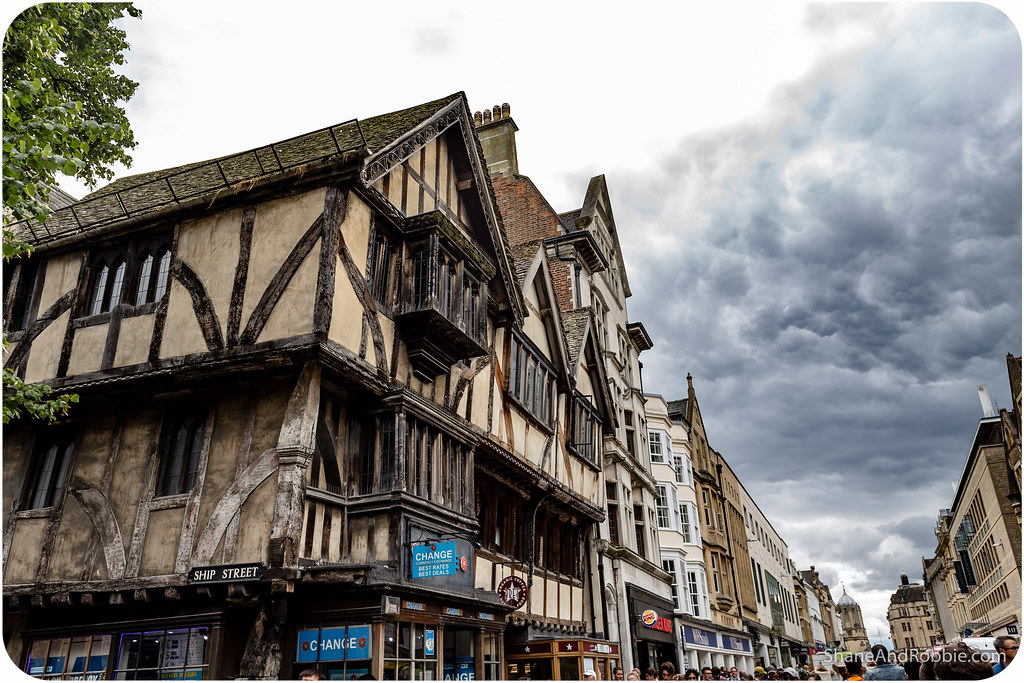 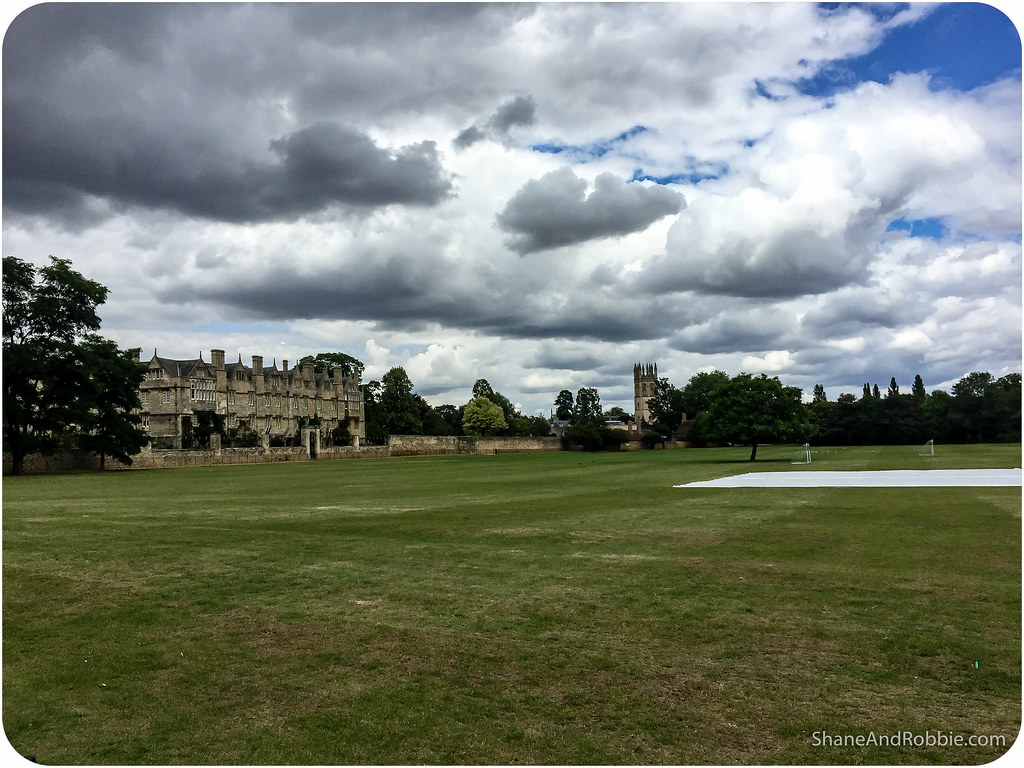 The University of Oxford is the oldest university in the English-speaking world* and one of the most famous and prestigious higher education institutions in the world. There have been students attending Oxford since 1096. Today the student population numbers more than 22,000, spread across the city and its 38 colleges (to be a member of the university, all students must also be a member of a college). Most of these colleges were founded hundreds of years ago and are housed in spectacular buildings that resemble small palaces. Some of the college buildings are open to the public for visits, some, like Oriel College below, can only be viewed from the gates (leaving us feeling like some kind of deprived underclass, wishing we too could be privy to whatever mysterious learnings go on in there).

*The word “university” is derived from the Latin phrase “universitas magistrorum et scholarium”, roughly meaning “a community of teachers and scholars”. The term was coined by the Italian University of Bologna, which, with a founding date of 1088, is considered the first university. There are a few much older educational establishments still in operation around the world (such as the al-Karaouine madrasa in Fes that we visited in 2013), but these aren’t technically defined as “universities” and so don’t count apparently. 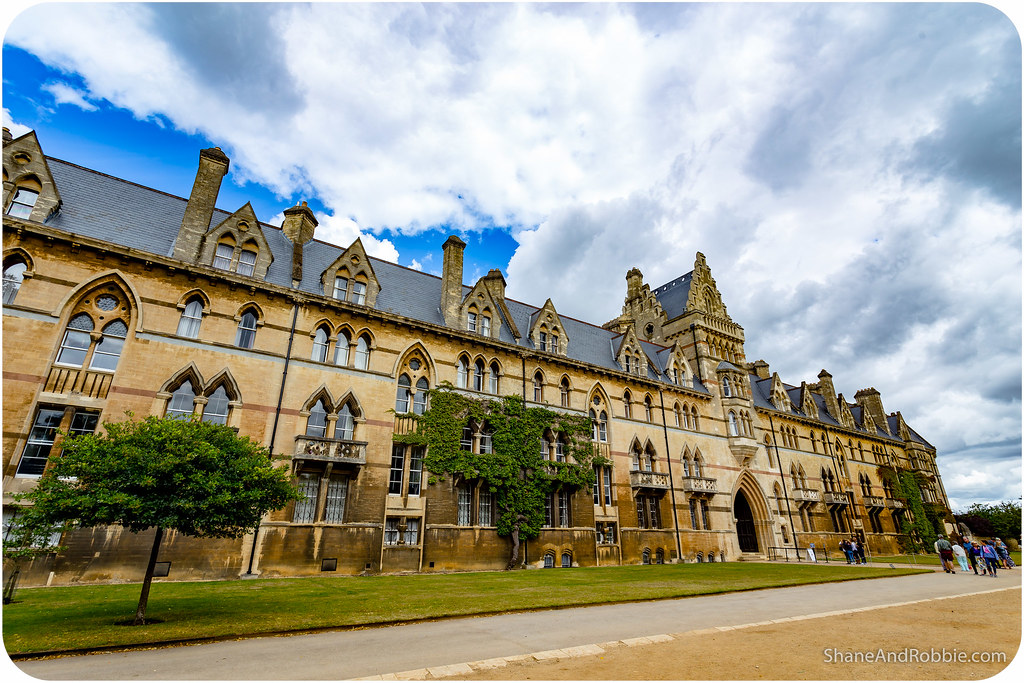 One of the colleges that DOES open its doors to visitors is Christ Church College. Established in 1524, Christ Church is one of the wealthiest and most aristocratic colleges at Oxford. It has produced 13 British prime ministers (more than all the other Oxford colleges put together), and is set in beautiful grounds which we toured through (for a fee, of course). 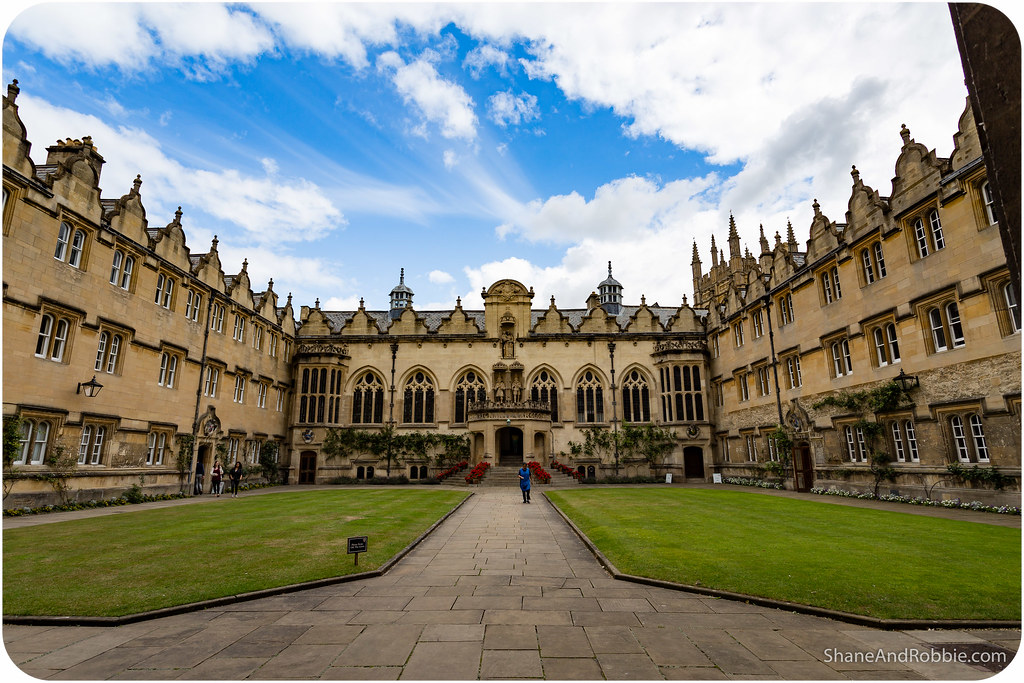 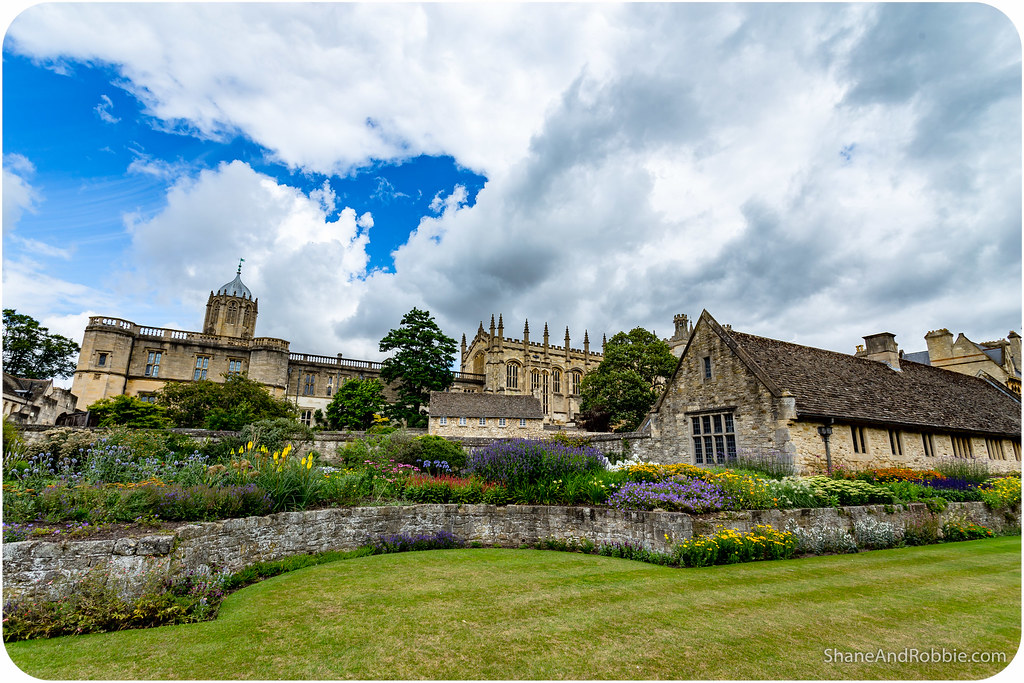 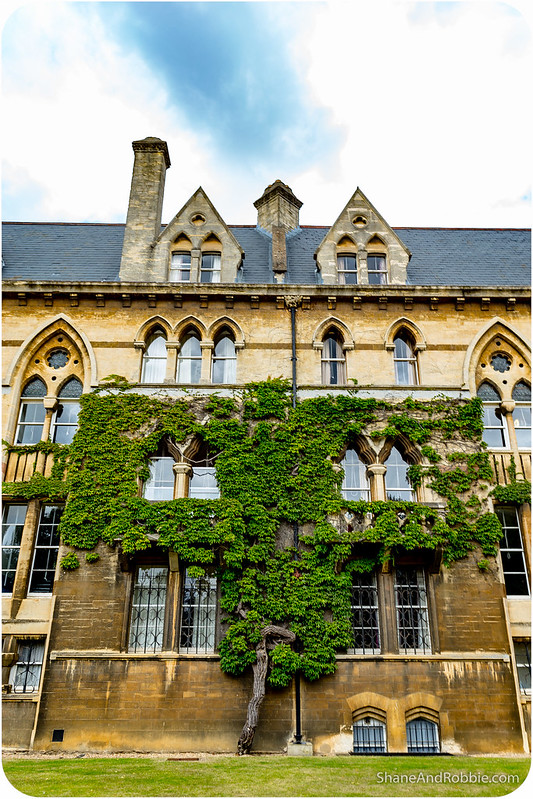 Thanks to its unique architecture, Christ Church College has been used as a setting for a few movies. Most recently its Great Hall was used in the Harry Potter films – you may recognise it from the photos below. It was a pretty imposing room, with its dark timbered ceiling, long dining tables, and rows of portraits staring down from the walls. 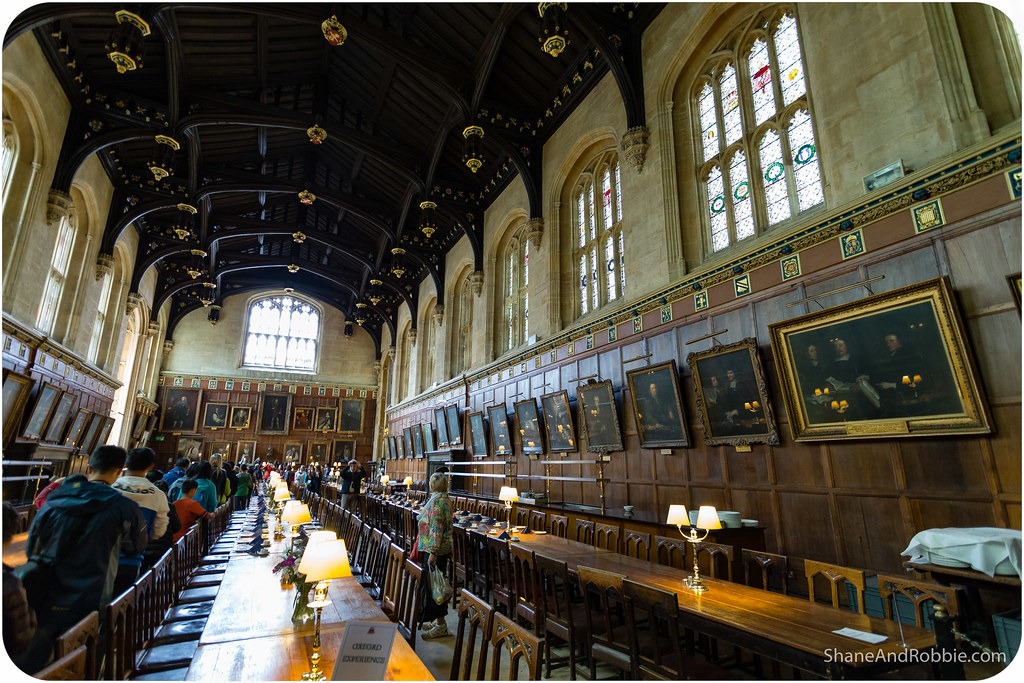 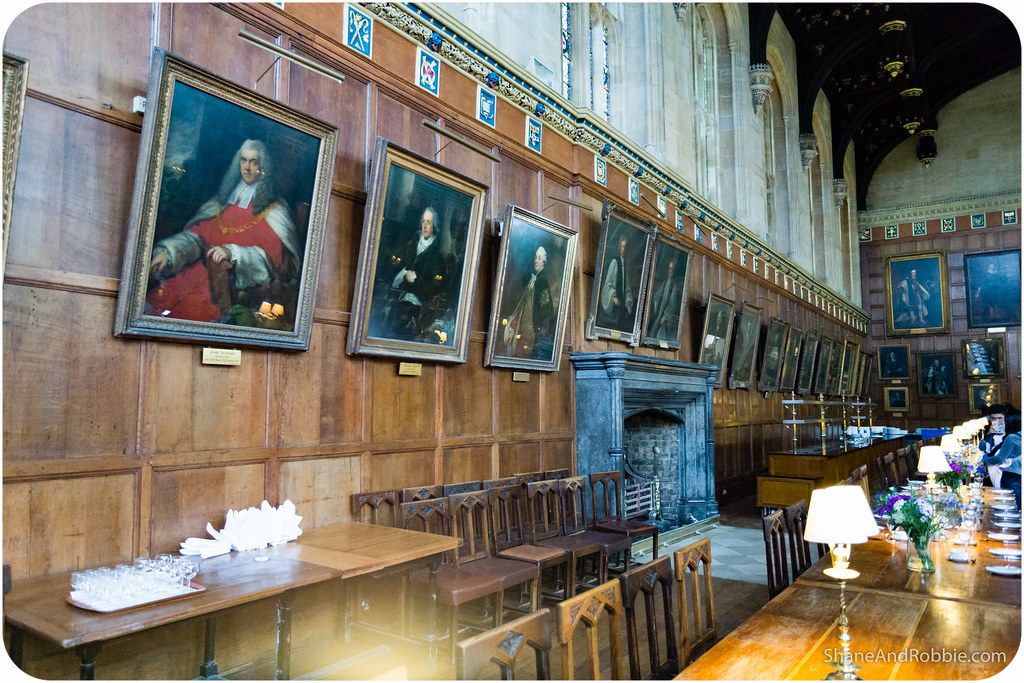 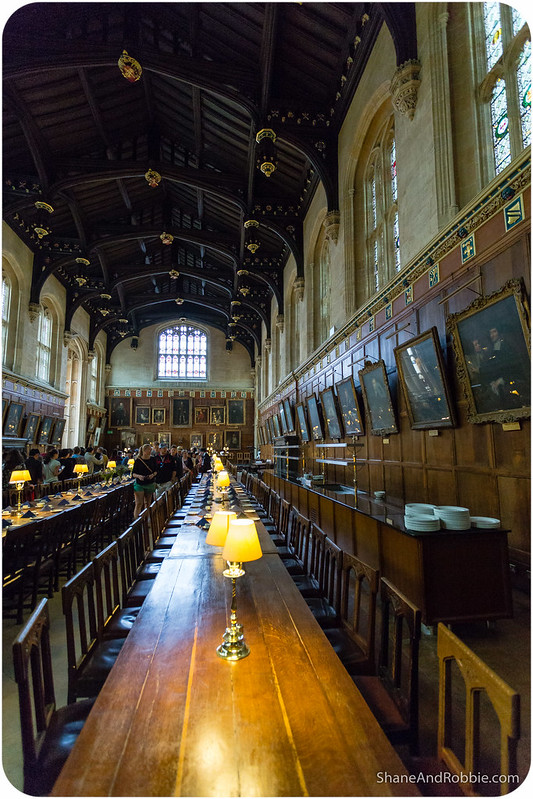 Within the college grounds sits Christ Church Cathedral, Oxford’s central cathedral and the college’s chapel. Built in 1546 the church replaced an older chapel that was once a major pilgrimage site. Oxford’s patron saint, Frideswide, was buried there the 8th century; her shrine is still housed within the cathedral. We also found out that Christ Church Cathedral in New Zealand (which unfortunately was damaged in the big earthquake they had there in 2012), after which the City of Christchurch is named, is itself named after Christ Church in Oxford. 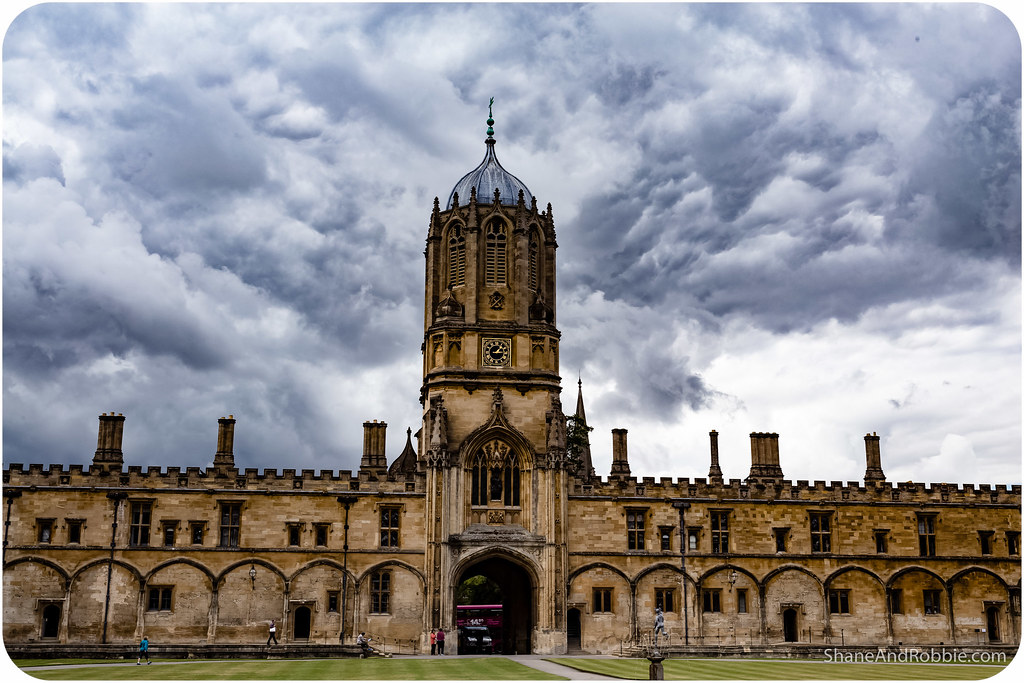 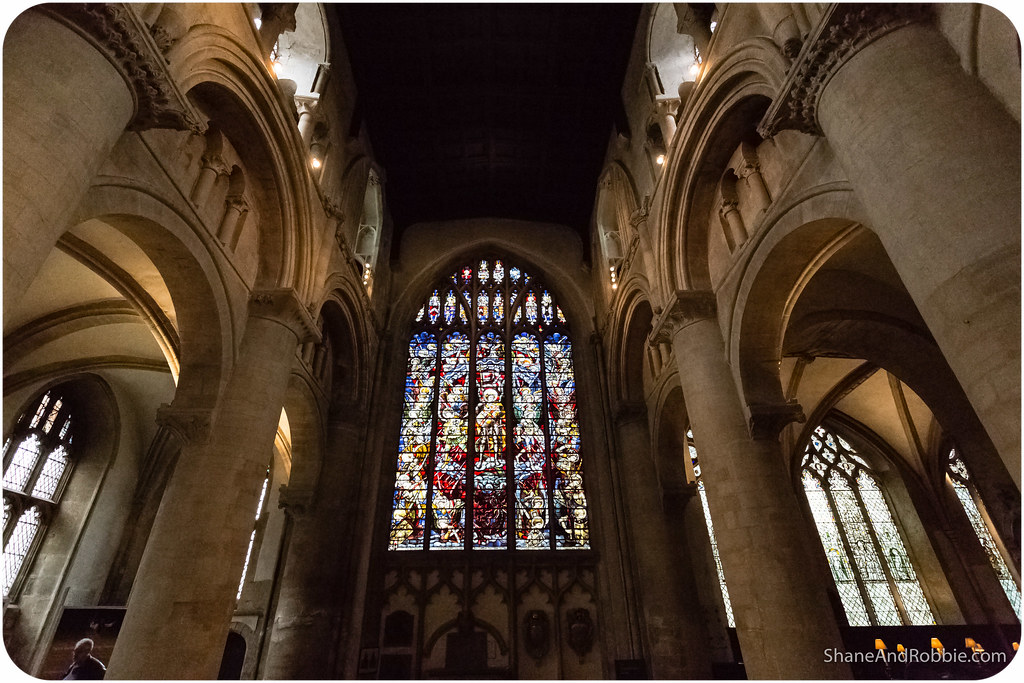 Just outside the grounds of Christ Church College we came across the Bodleian Library, the main research library of the University of Oxford and one of the oldest libraries in Europe. Unfortunately it wasn’t open for visitors (too many people in there learning and stuff), but at least we got to admire the building from the outside. 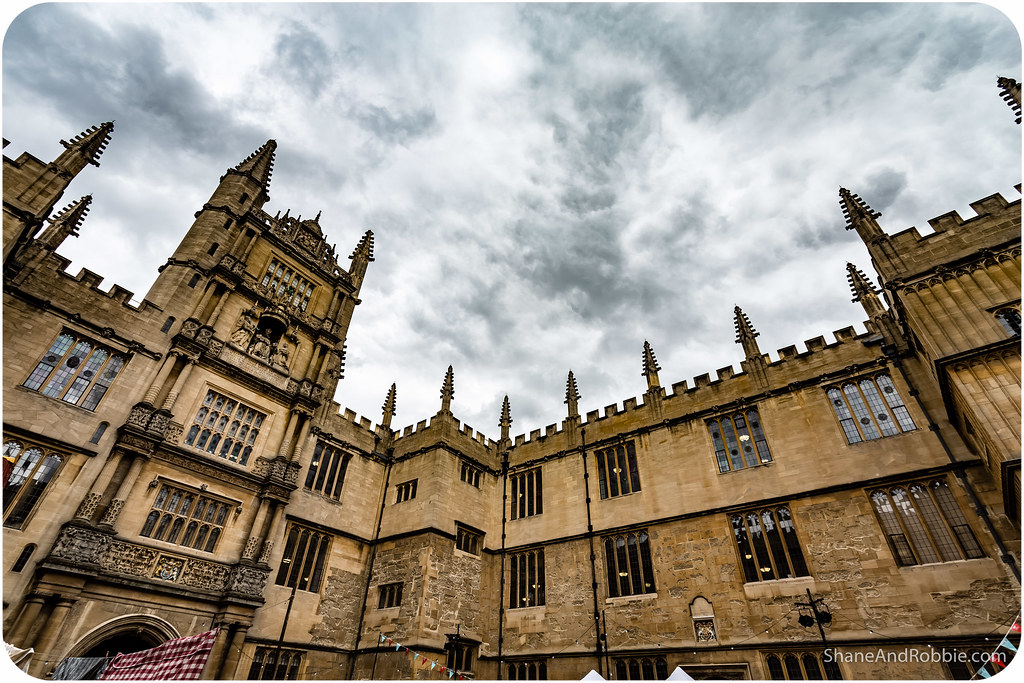 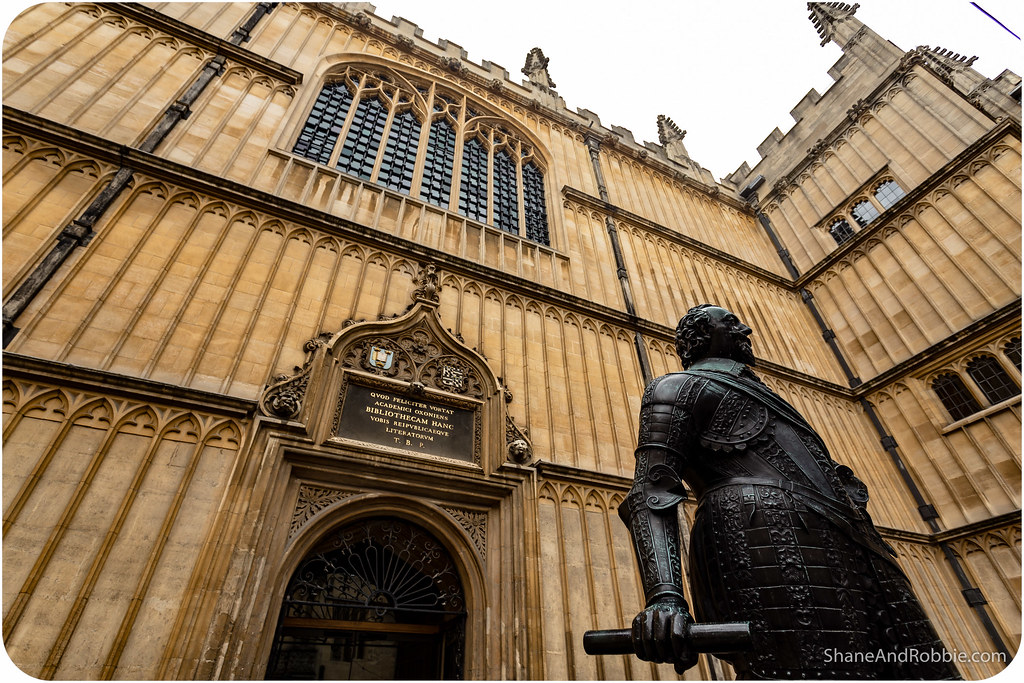 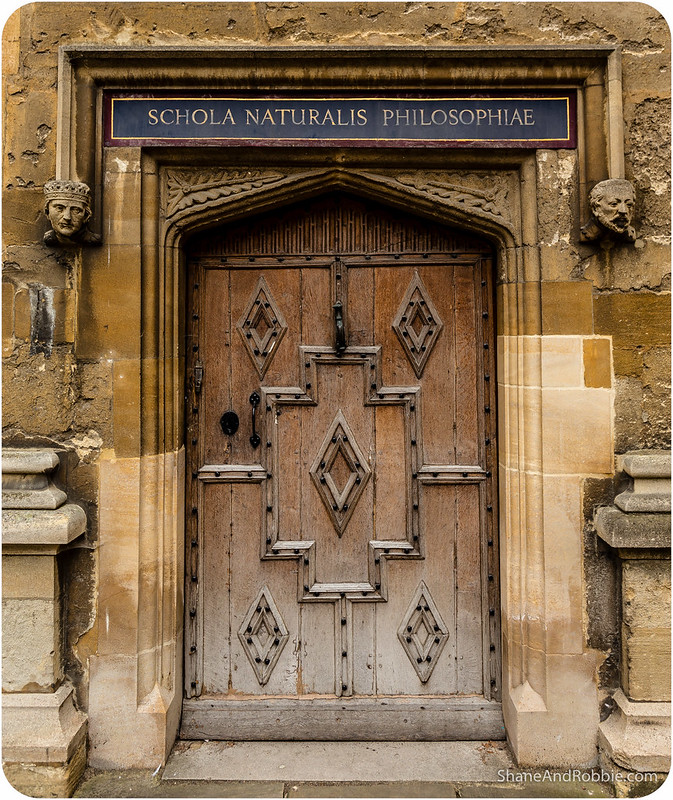 We also got to see the Radcliffe Camera* which houses science texts. Named after John Radcliffe, a doctor, who left £40,000 to Oxford University upon his death in 1714 for the building of a scientific library. 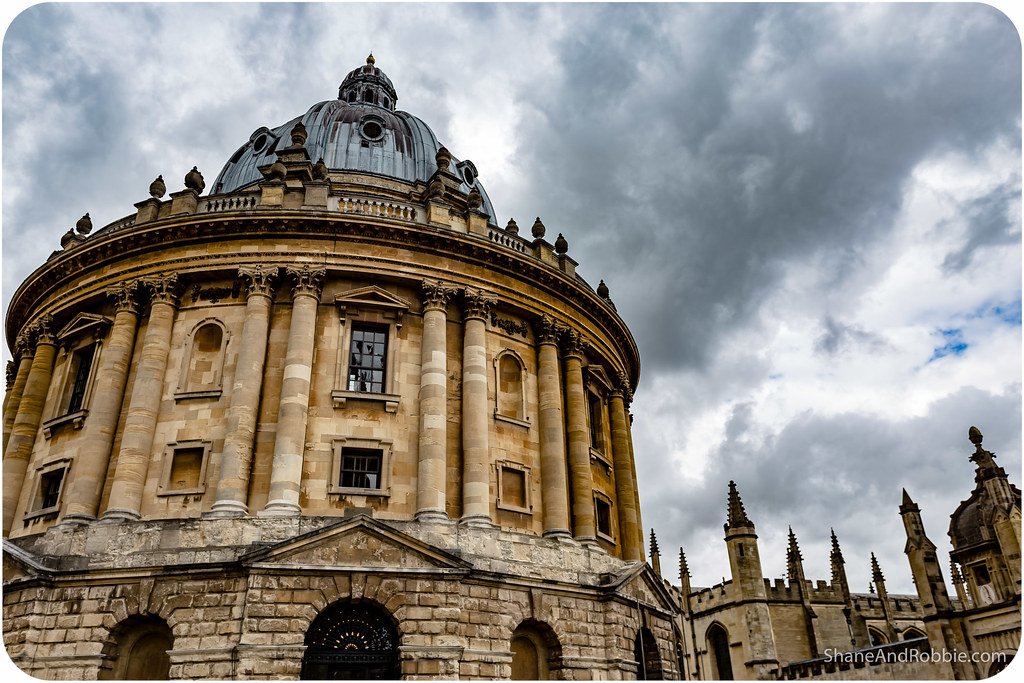 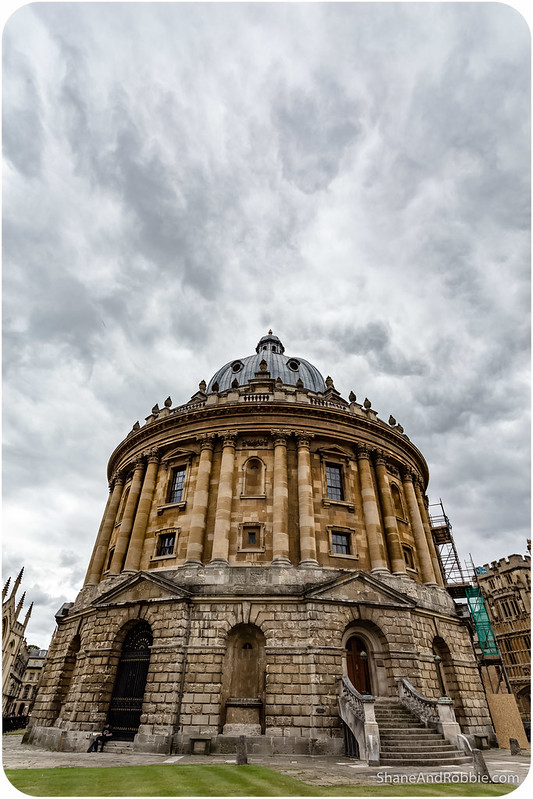 Other favourite bits from the day were the Sheldonian Theatre and the Hertford Bridge, which joins two parts of Hertford College over New College Lane. The bridge is often referred to as the Bridge of Sighs because of its similarity to the famous Bridge of Sighs in Venice (to us it looked more like the Rialto Bridge, but hey, who are we to argue with that much history and tradition?!). 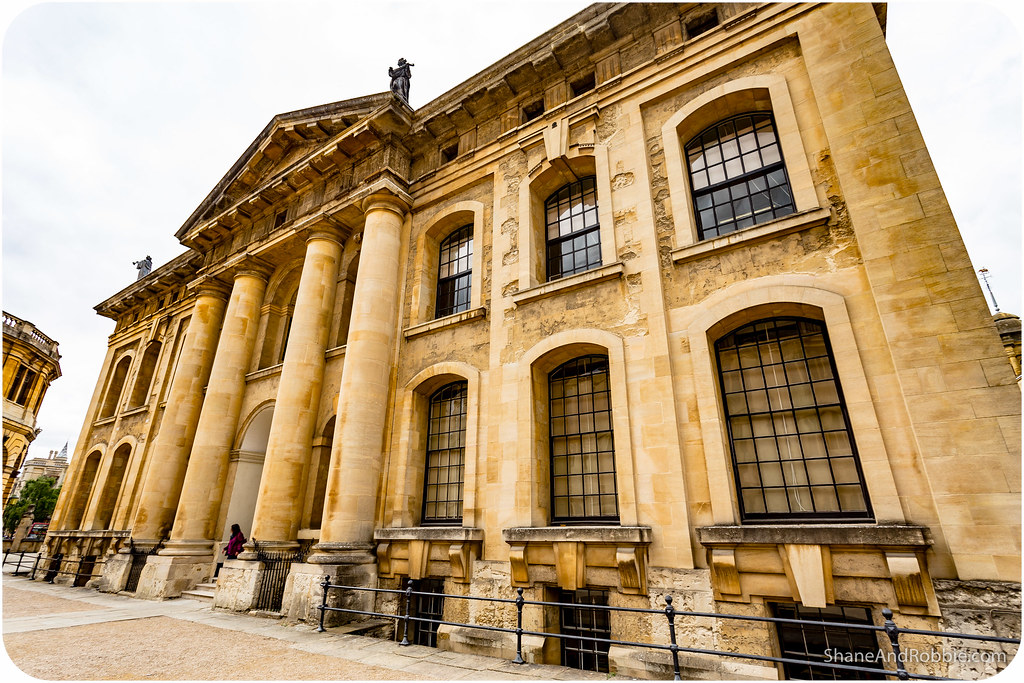 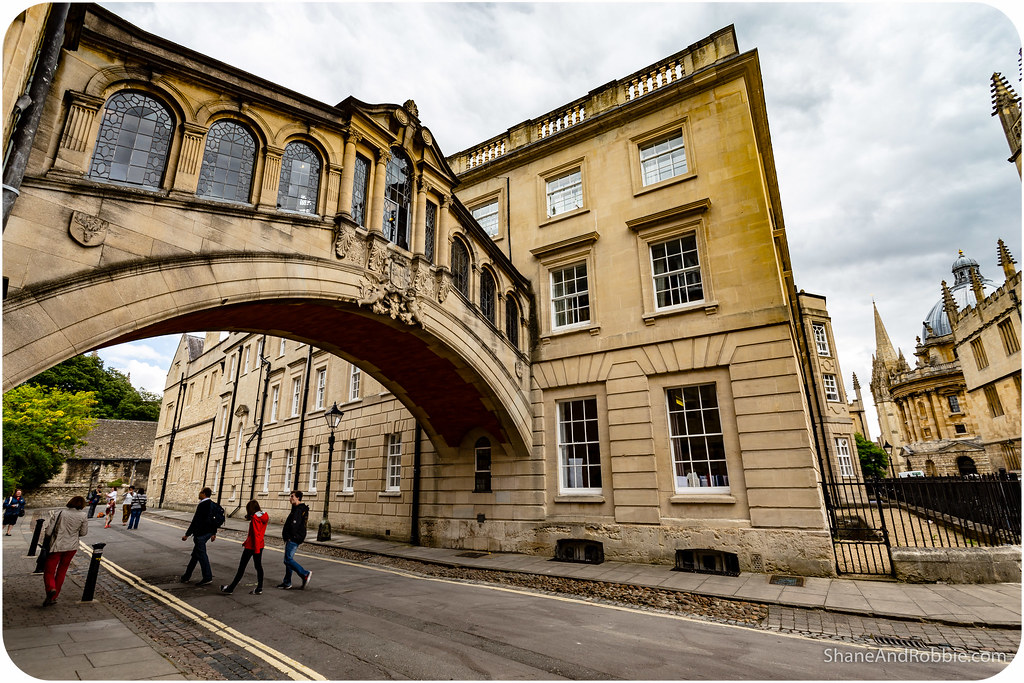 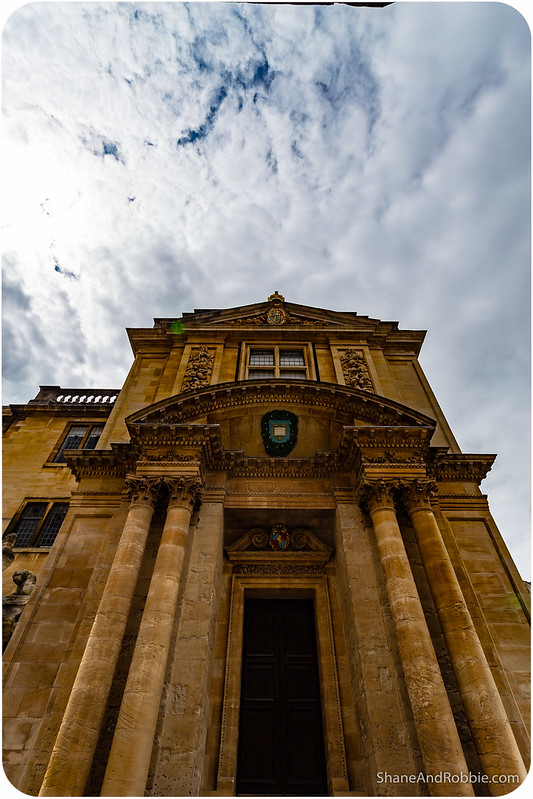 We had lunch at the Covered Market, Oxford’s 18th century marketplace. Apparently it was built in response to a general wish to clear “untidy, messy and unsavoury stalls” from the main streets of central Oxford. Today it’s a mix of cafes, fruit & veggie vendors, butchers, bakers, florists, and a few small cafés, making it a good place for a quiet break, away from the crowds in the main shopping streets. 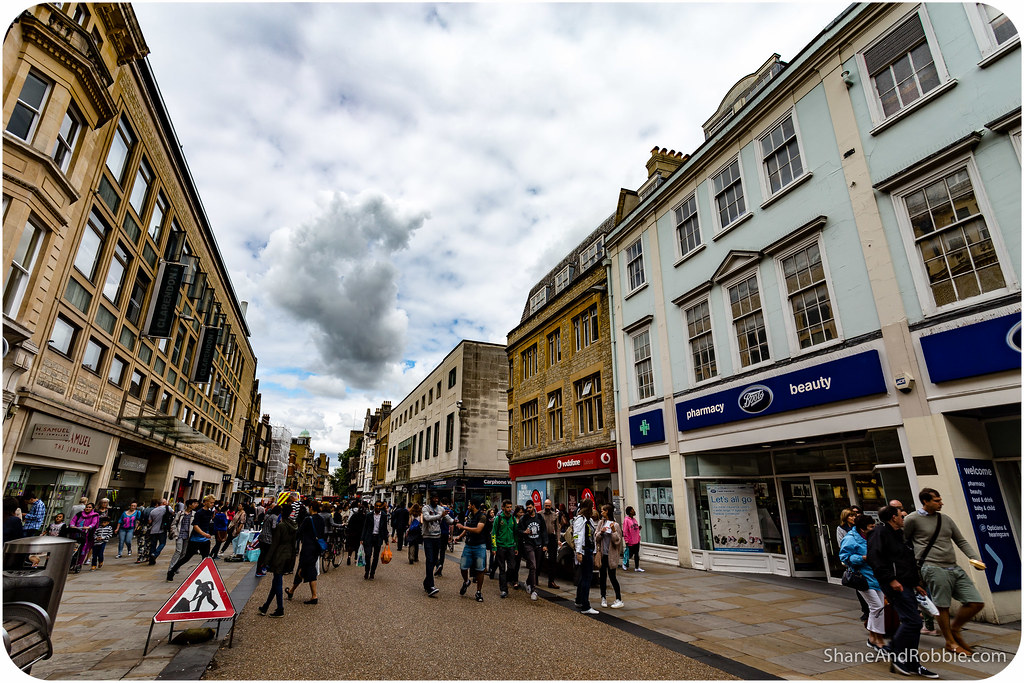 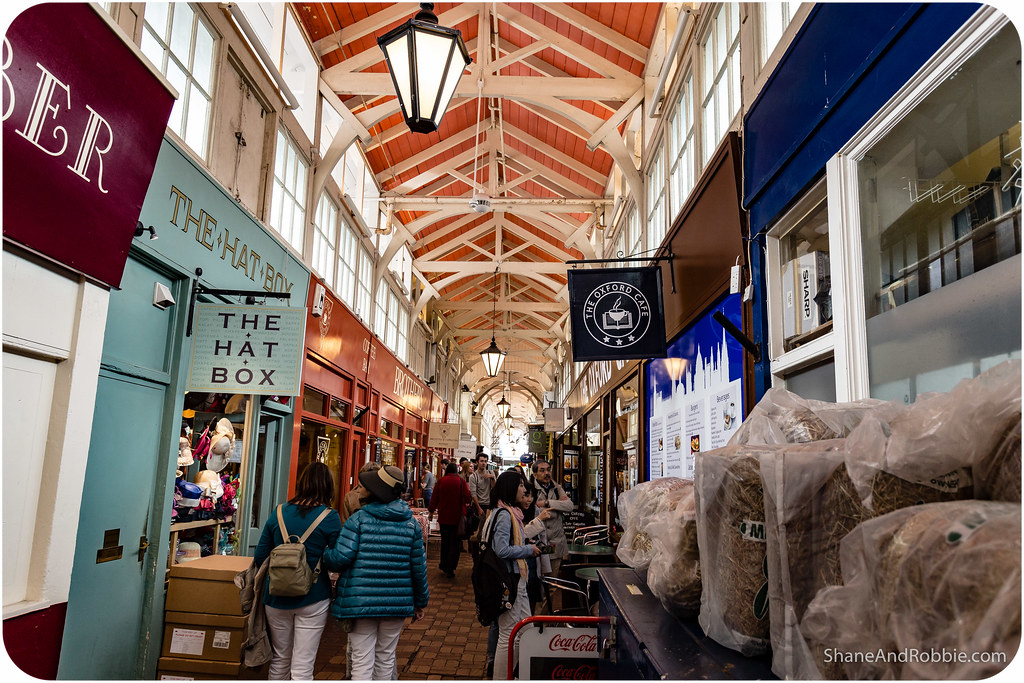 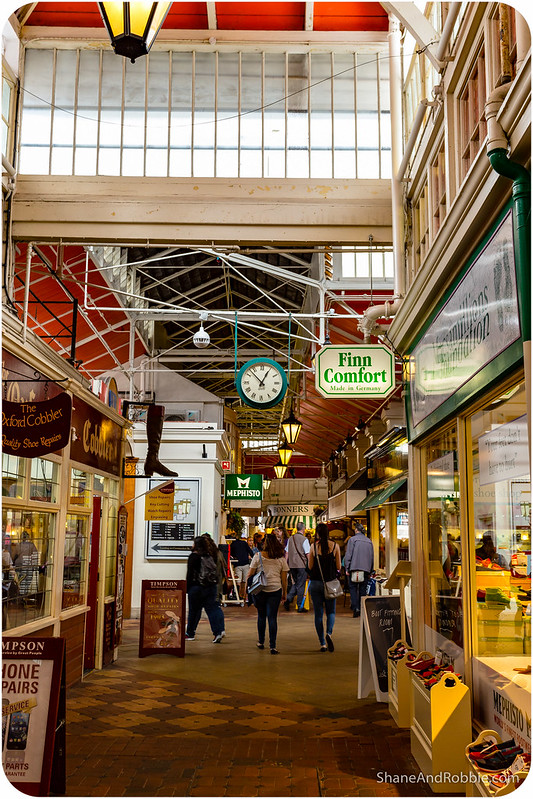 After lunch we passed by Oxford Castle, or at least what’s left of it. The original Normal castle, built in the 11th century, was heavily damaged during the English Civil War of the 17th century and then used as a prison from 1785 to 1996. Today it’s open for guided tours, though we didn’t stop in, just poked around the outside of the ruins for a look. 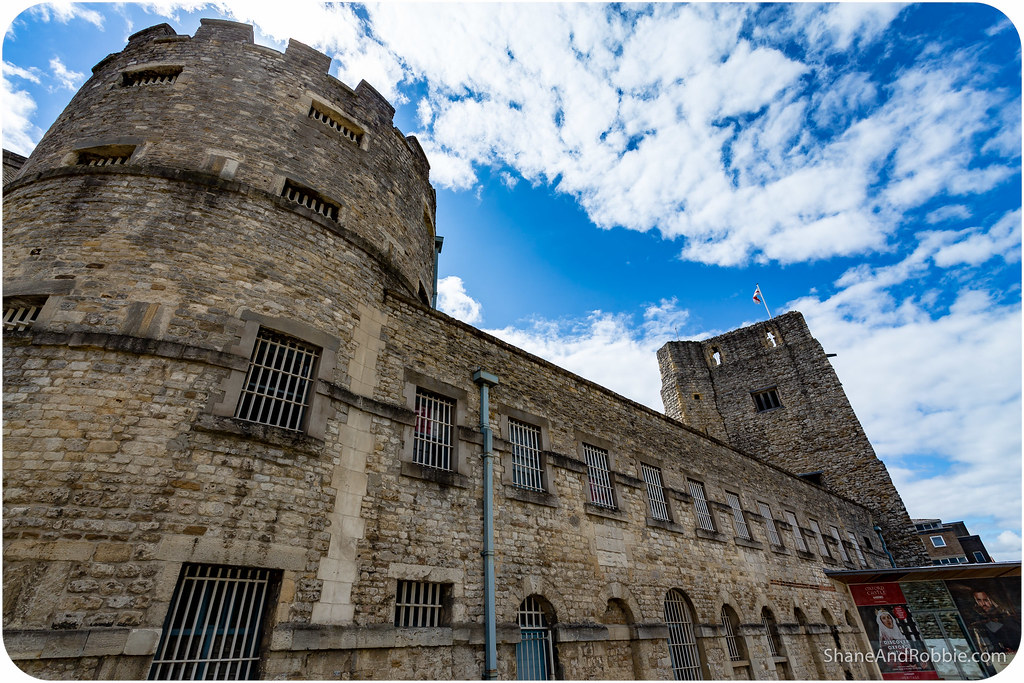 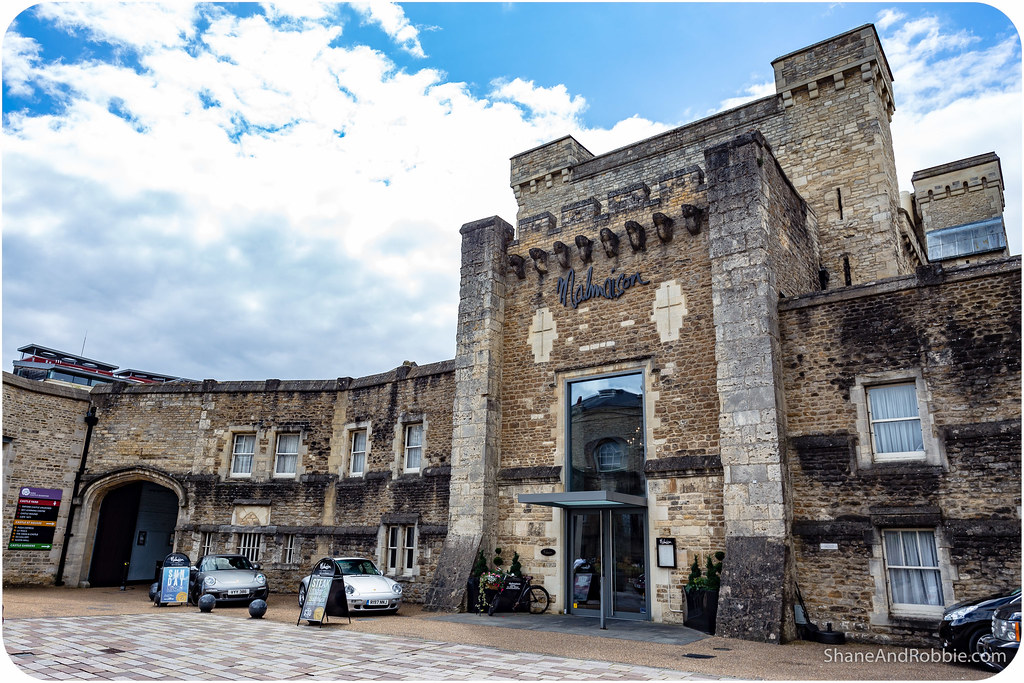 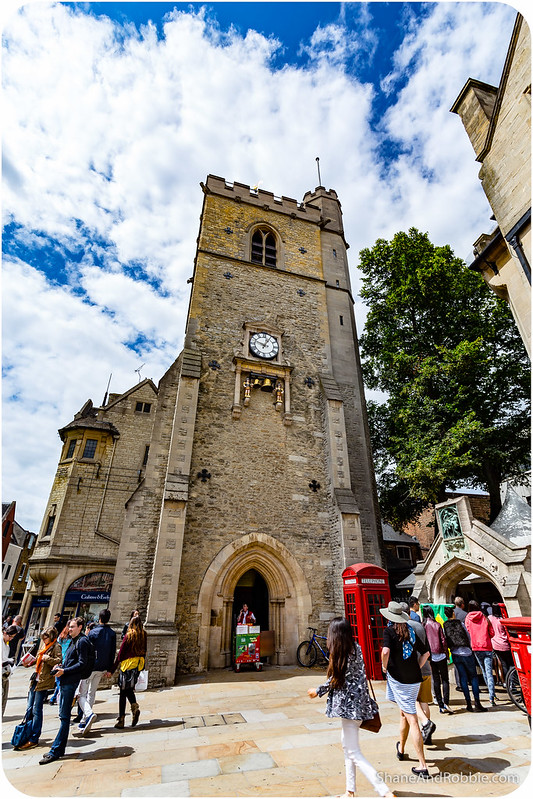 We DID stop in for a look at the Oxford Museum, however, to learn a bit more about the city’s history. Some interesting tidbits we picked up there:
• Oxford was first settled in Saxon times and was initially known as “Oxenaforda” – i.e. “place where the oxen cross the river” or “ford of the oxen”.
• In the 10th century, Oxford became an important military frontier town between the kingdoms of Mercia and Wessex.
• After disputes between students and Oxford townsfolk in 1209, some academics fled northeast to Cambridge where they established what became the University of Cambridge.
• Buildings in Oxford demonstrate examples of every English architectural period since the arrival of the Saxons.
• With a population of 150,200 Oxford is the 52nd largest city in the United Kingdom, and one of the most ethnically diverse.
• Oxford University has educated many notable alumni, including 27 Nobel laureates, 26 British prime ministers and many foreign heads of state.

Having filled our heads with Oxford-related information and our our eyes with Oxonian sights we decided it was time to head back to our little Cotswolds village for the evening. We’ve got one last night in Moreton-in-Marsh because tomorrow we head to London! We’re pretty excited about seeing London and intentionally left the capital as our last stop in the UK. Hopefully the transition from staying in small country towns to being in The Big City won’t be too much of a shock though. Tune in tomorrow to find out how we go, finding our feet in London…. 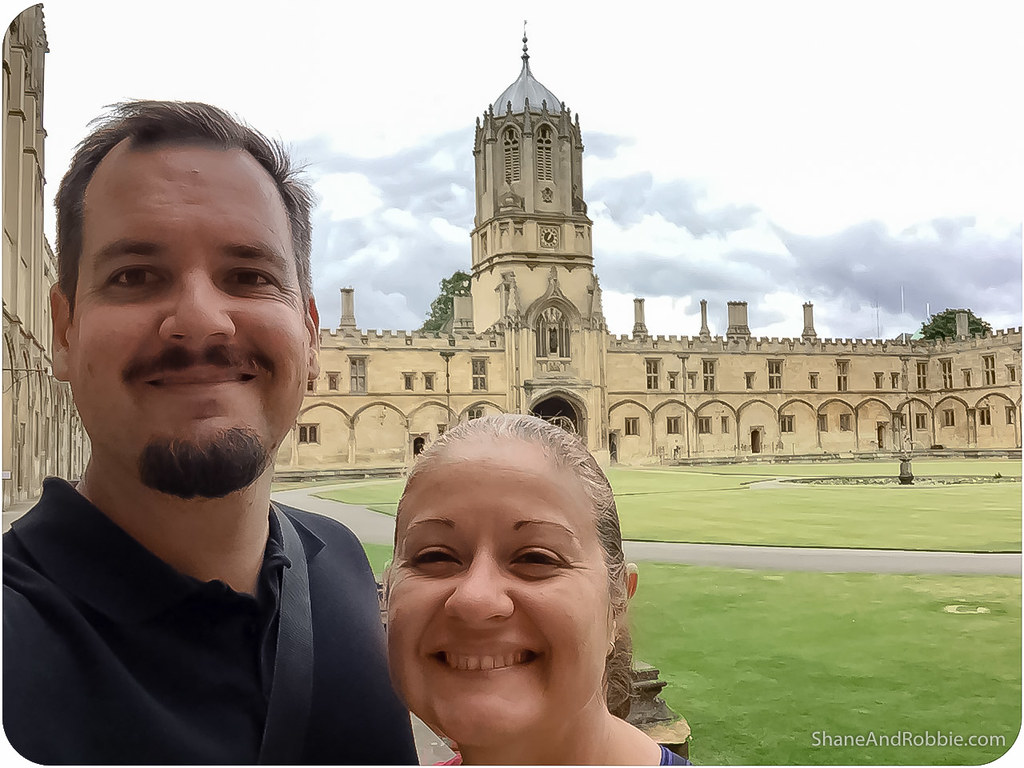