RAMBLING THROUGH THE COTSWOLDS

Life seems to roll along at a mellow, unhurried pace here in the heart of England. We got to experience a slice of this for ourselves today when went for a wander through the Cotswolds. We passed through historic villages, scenic fields, woodland, and lush valleys during our hike along the Warden’s Way. It was a great way to spend the day and left us with an appreciation for why this part of England is so popular with day trippers, nature lovers, and wealthy retirees. 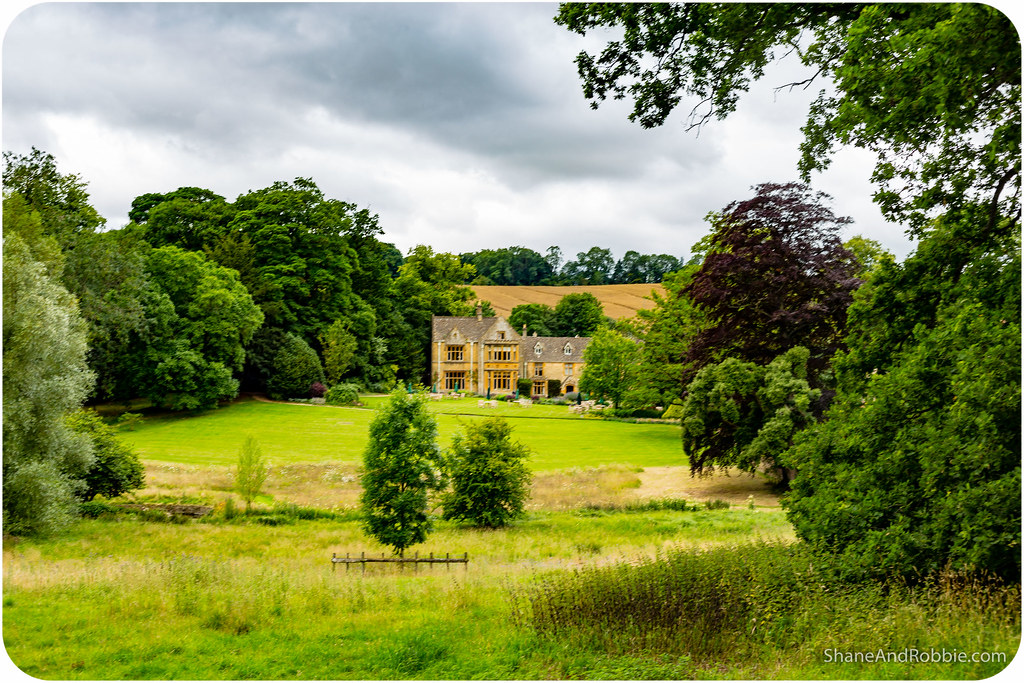 The Cotswolds are criss-crossed all over with walking paths, including a number of multi-day long walks like the 165km Cotswold Way and the 22km Warden’s Way. We chose to do part of the Warden’s Way as it’s described as “…an easy ramble that winds its way through some of the Cotswolds’ loveliest villages”. Perfect! We started in the picturesque village of Bourton-on-the-Water* and then walked on to the lovely hamlets of Lower and Upper Slaughter, ending in Stow-on-the-Wold* for lunch.

*Both Bourton-on-the-Water and Stow-on-the-Wold are linked to Moreton-in-Marsh by bus making it an easy walk to do if, like us, you don’t have a car. 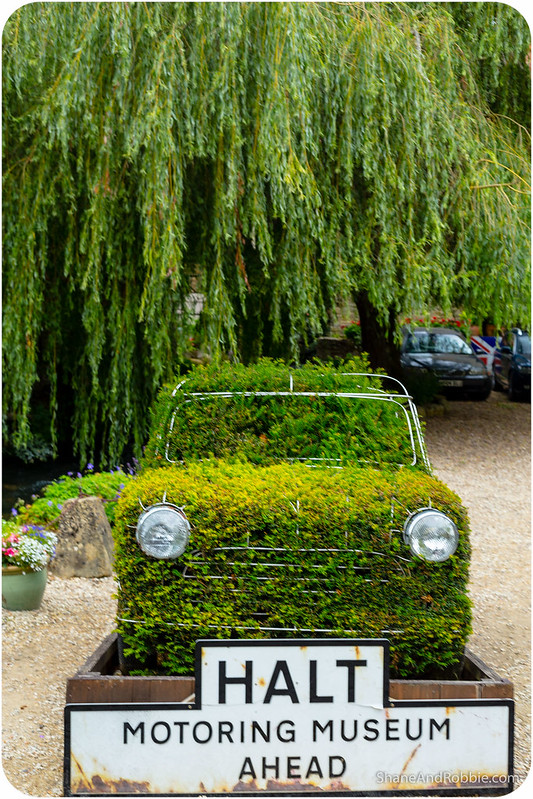 With a population of 3,300, Bourton-on-the-Water is one of the larger villages in this part of the Cotswolds. As its name implies, its built along the banks of a river (the River Windrush) and has a charming High Street (i.e. central/main street) that runs alongside the water. We took a little time to look through Bourton-on-the-Water before setting off on our walk; just as we were leaving town 2 coach-loads of tourists turned up, no doubt visiting the village as part of a day trip to the Costwolds from London. Suddenly our motivation to get moving increased dramatically! 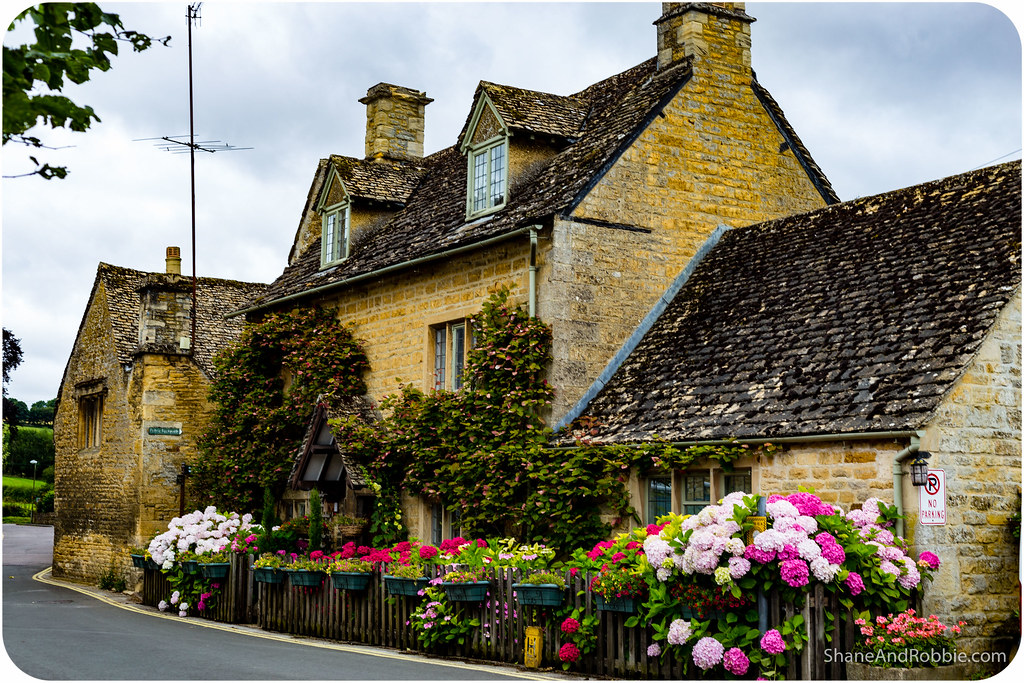 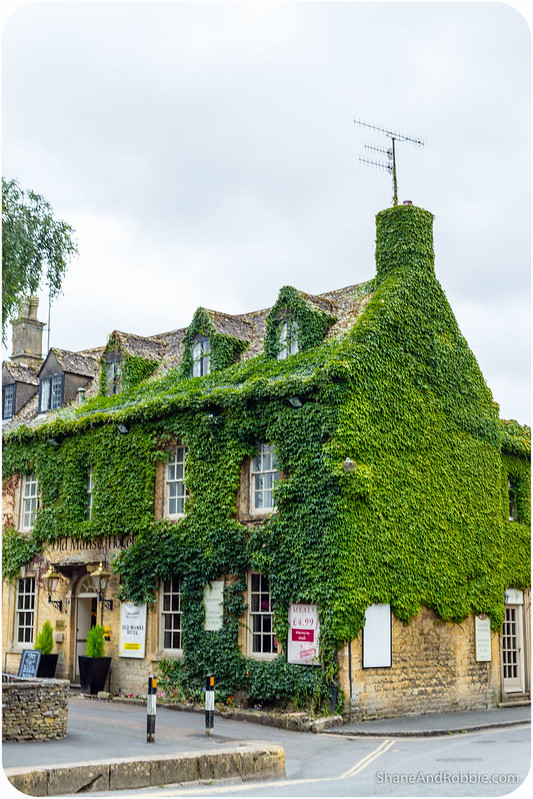 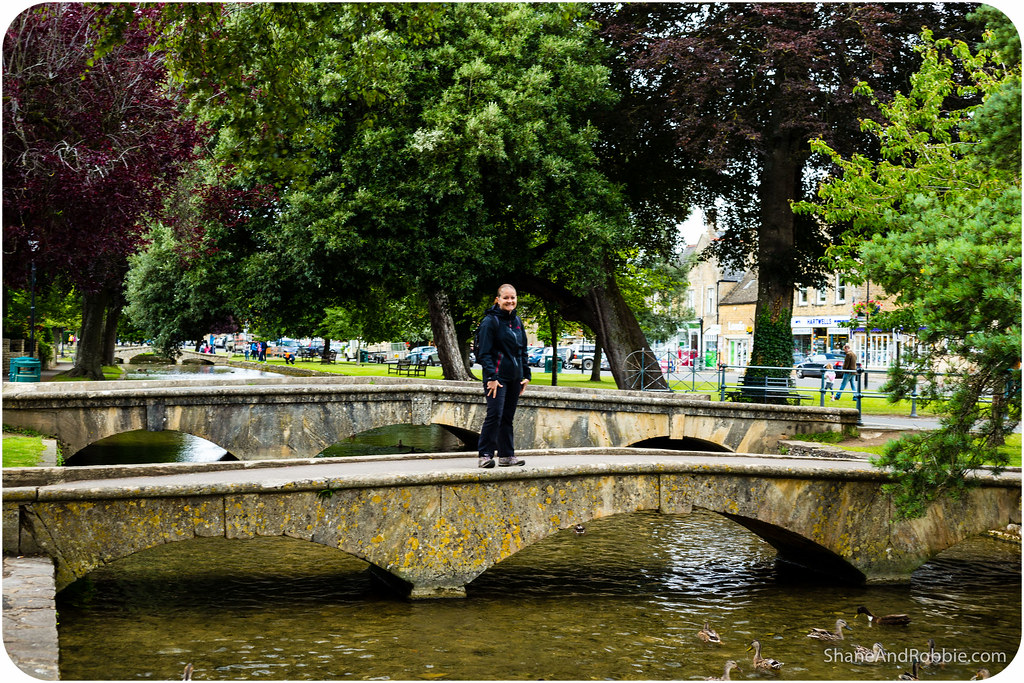 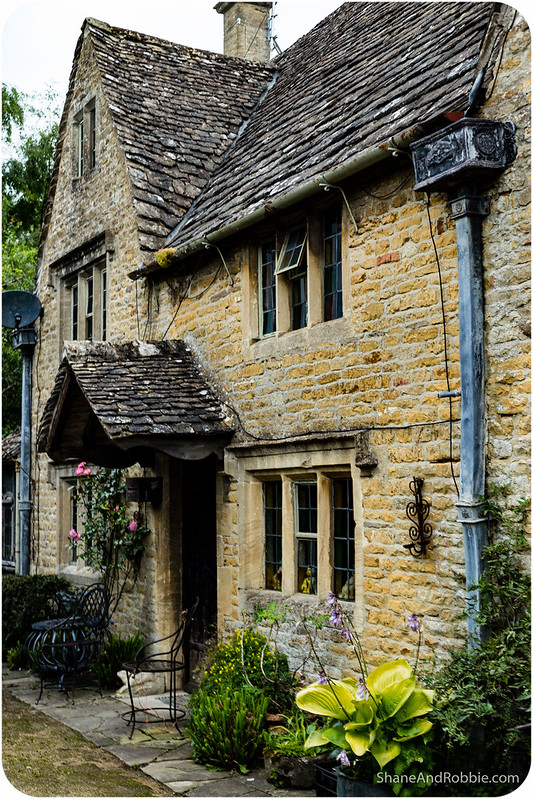 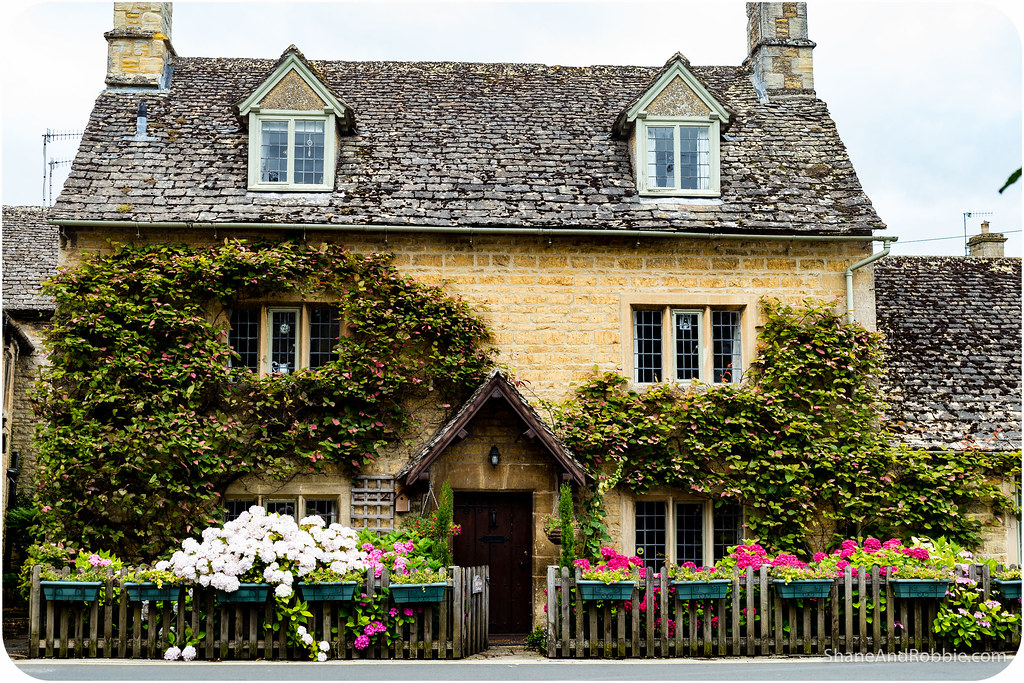 In less than half an hour we reached the hamlet of Lower Slaughter*, set on the banks of the River Eye. Set back from the main roads that run through the Cotswolds and too small to accommodate coaches and buses, Lower Slaughter was quiet, peaceful, and serenely beautiful. The houses and 12th century village church were wonderfully preserved, as was the old mill at the edge of the village.

*The word “Slaughter” is derived from the old english word “slohtre” and means muddy place, no connection with the OTHER meaning of the word slaughter. 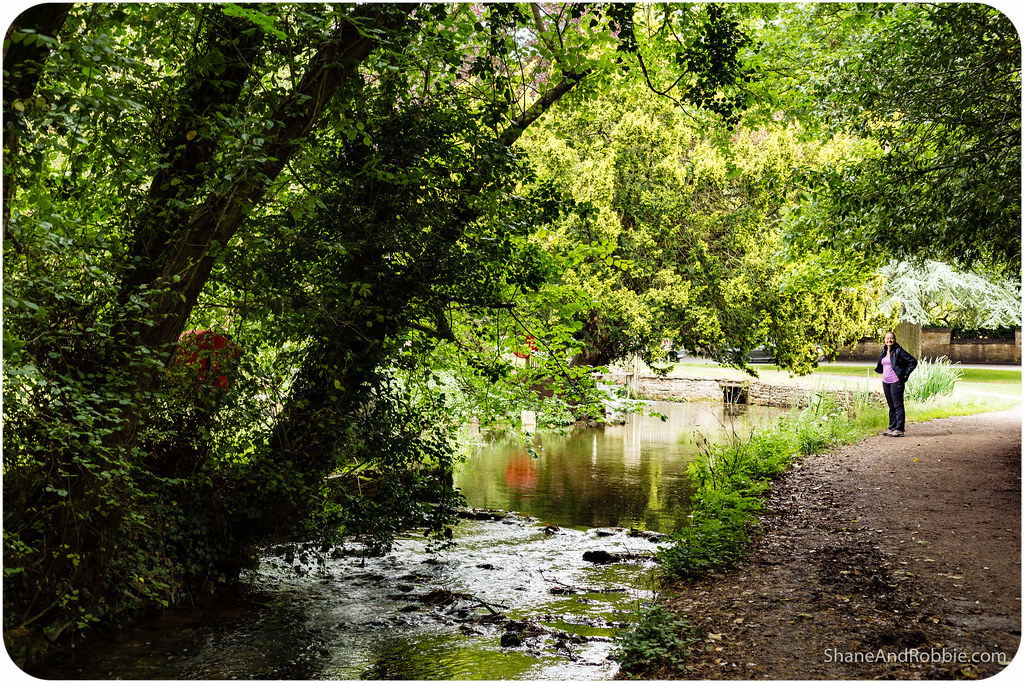 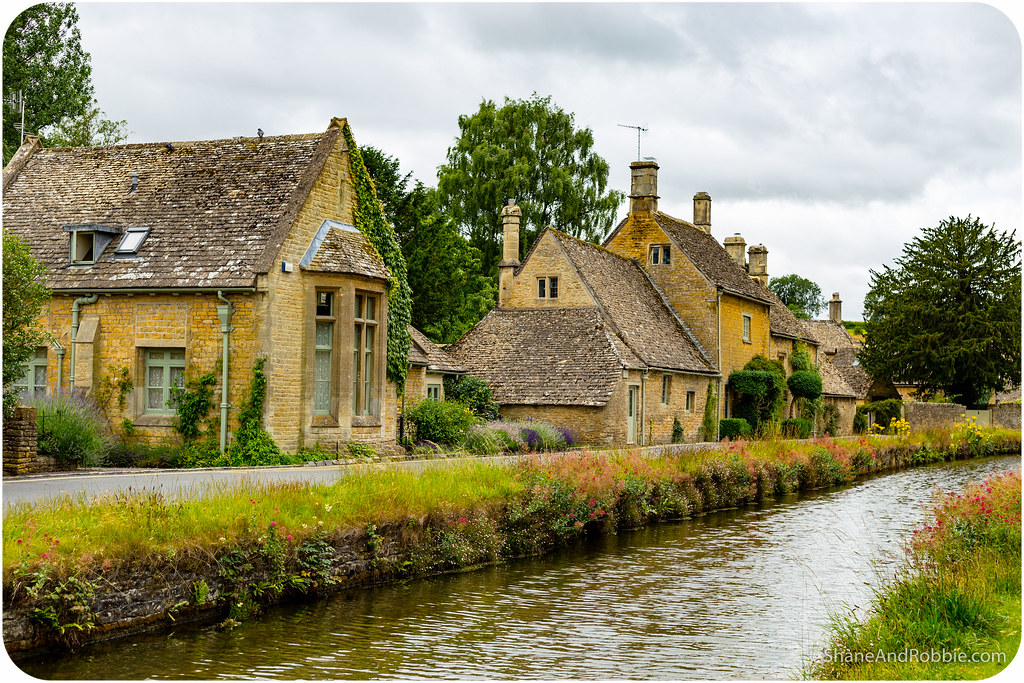 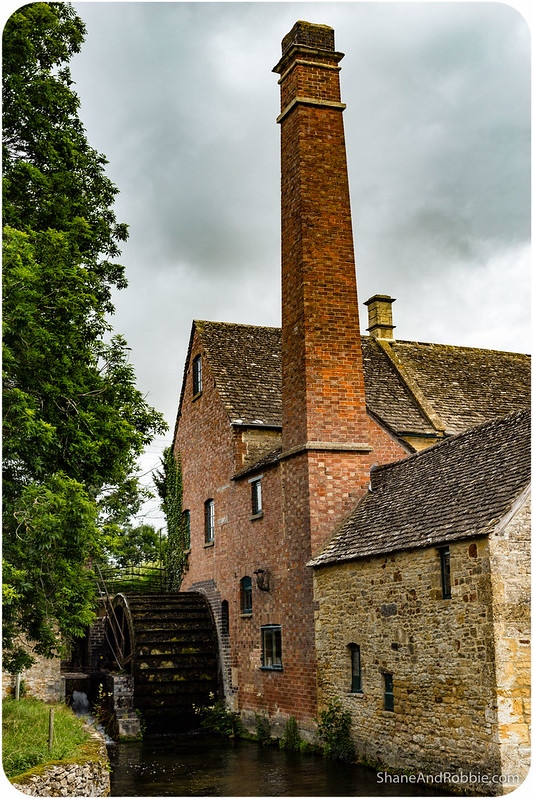 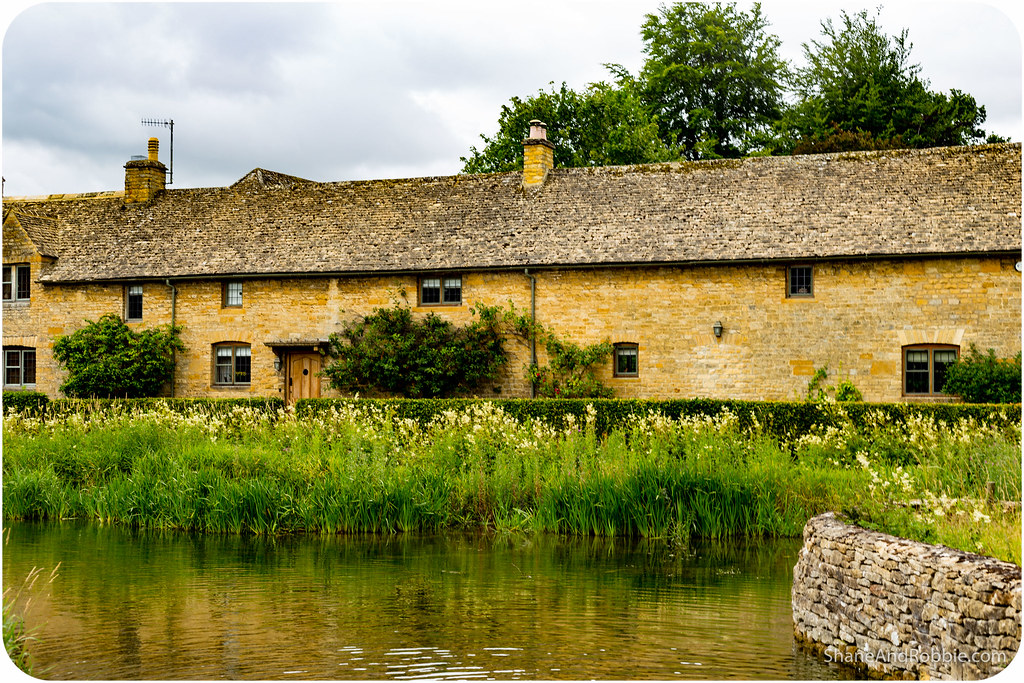 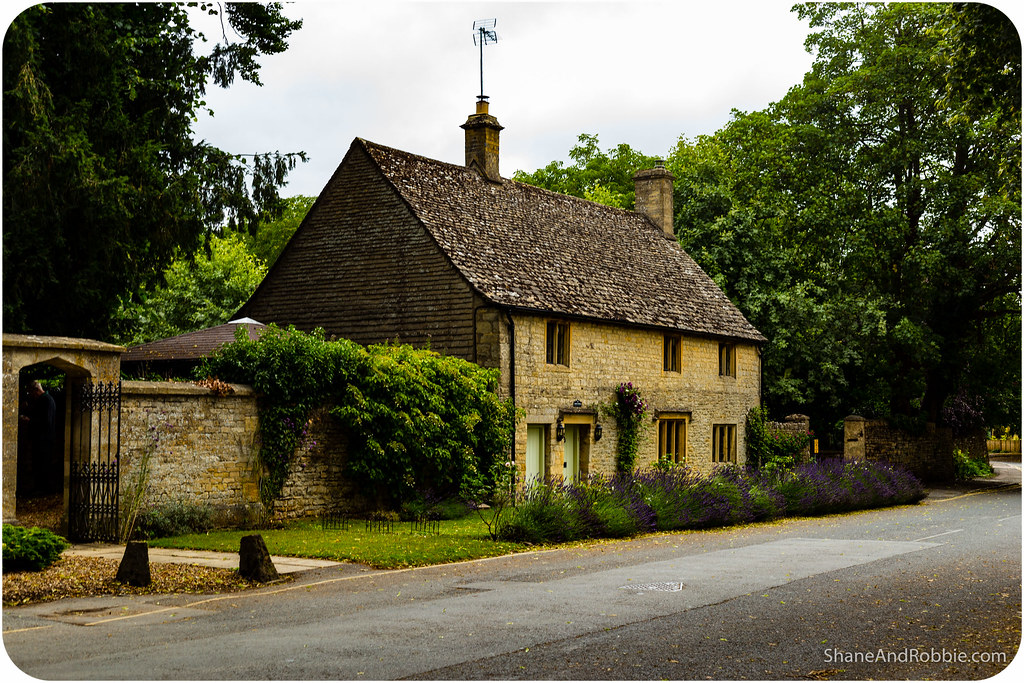 The walk from Lower Slaughter to its sister village was less than 1 mile (about 1.5km) and took us alongside the River Eye, and then up and over some fields into the even prettier hamlet of Upper Slaughter. We visited the church in Upper Slaughter too, taking some time to look through some of the tombstones in the graveyard. It was at the church that we read a notice that described how Upper Slaughter is one of just 14 “Doubly Thankful Villages*” in England. 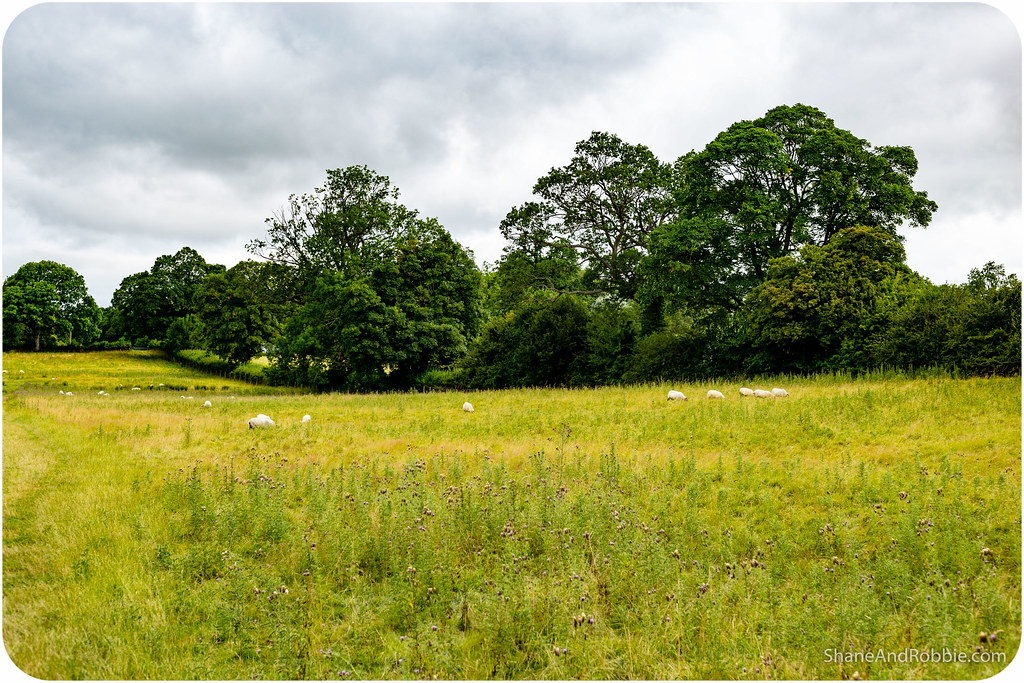 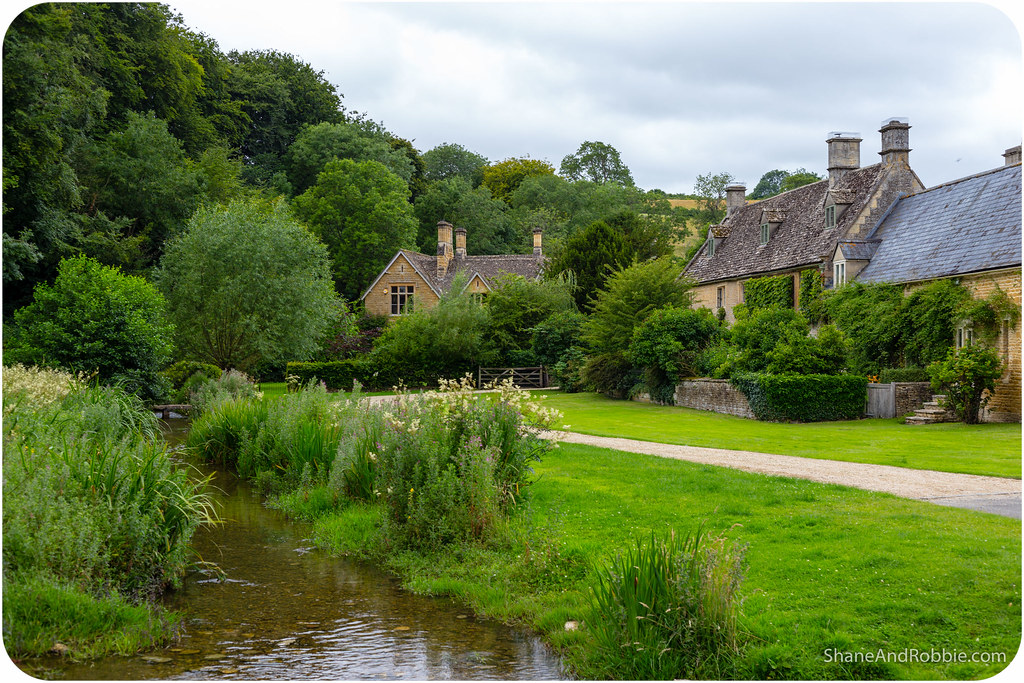 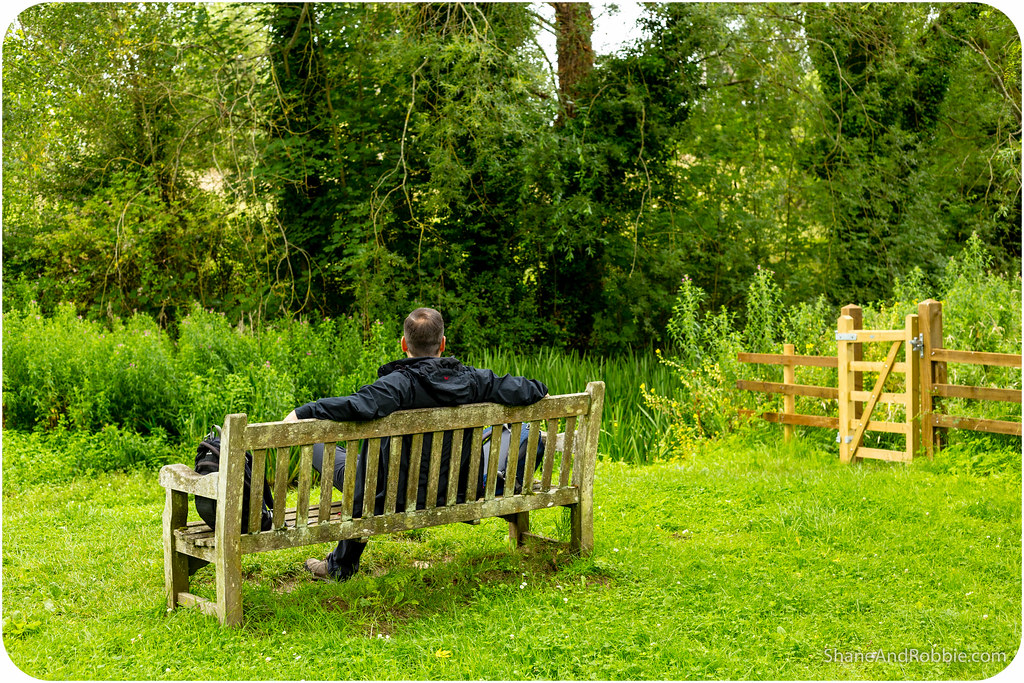 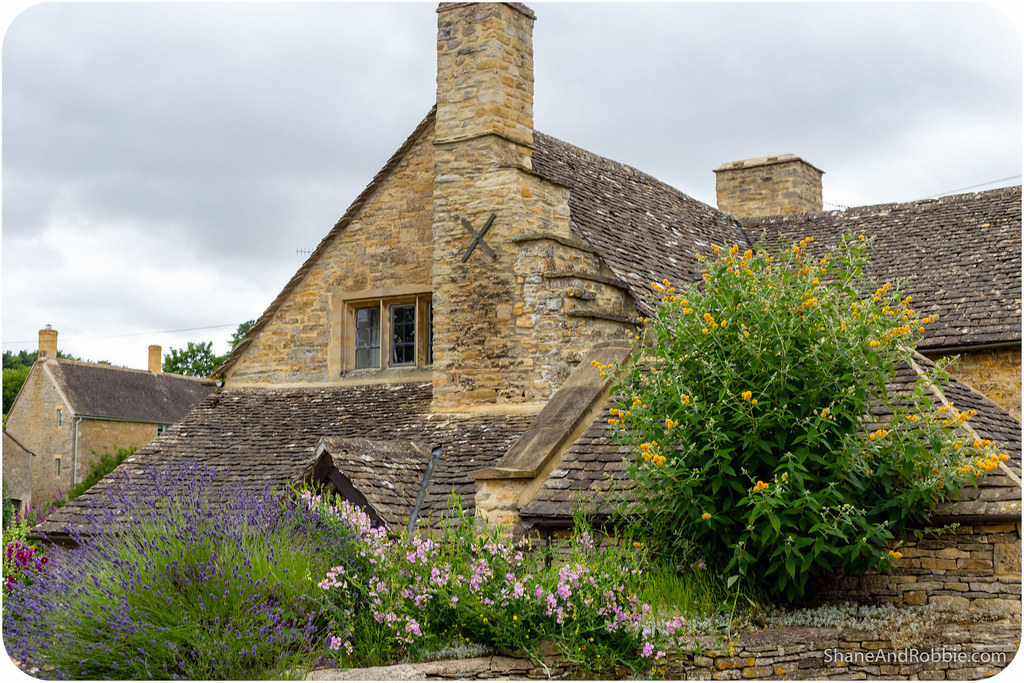 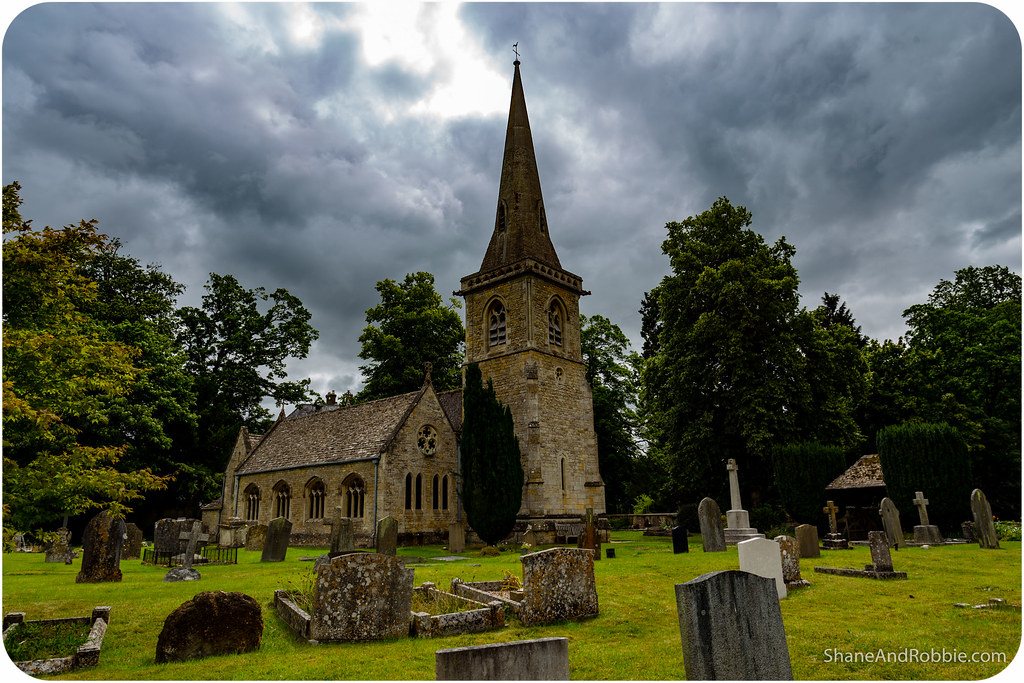 We continued on from Upper Slaughter, crossing numerous fields and walking through pockets of woodland where squirrels ran through the undergrowth and birds rustled around in the trees above us. 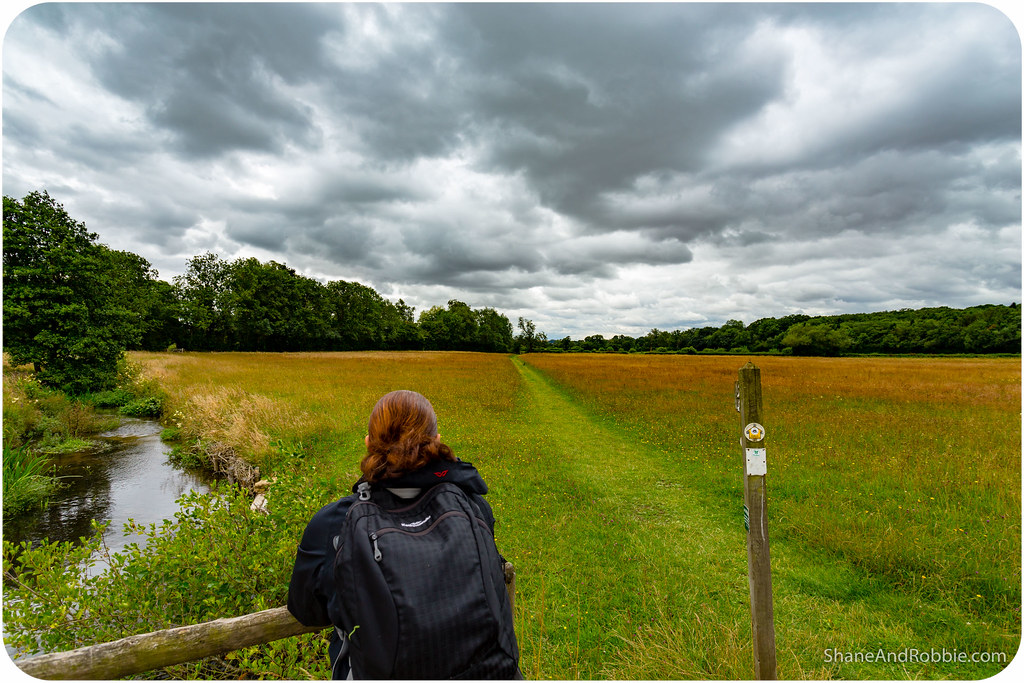 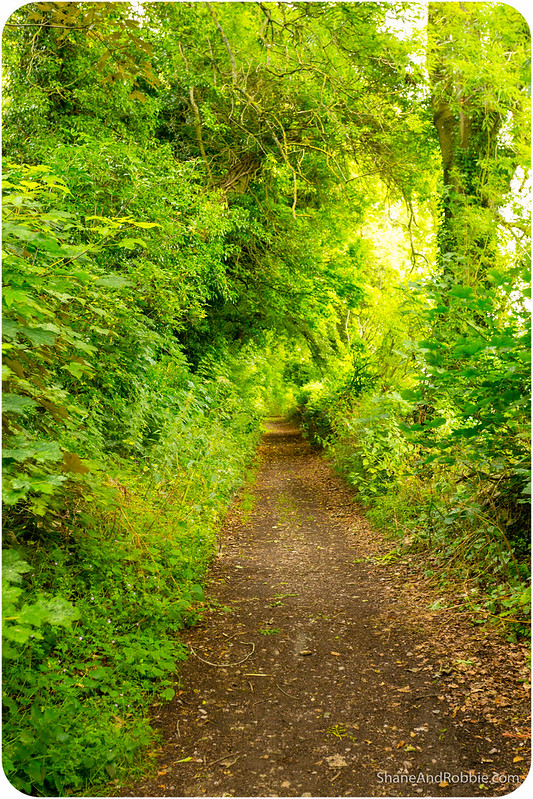 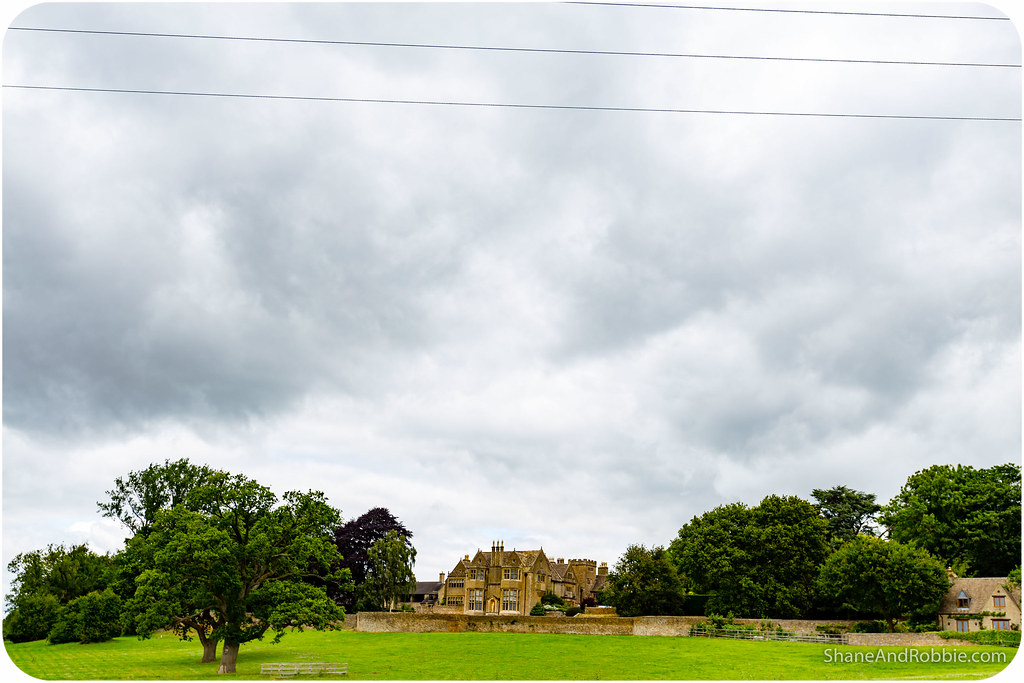 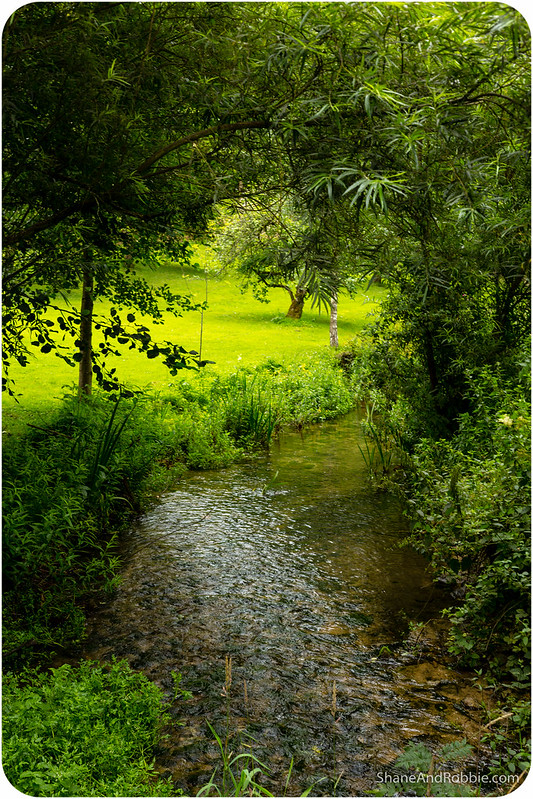 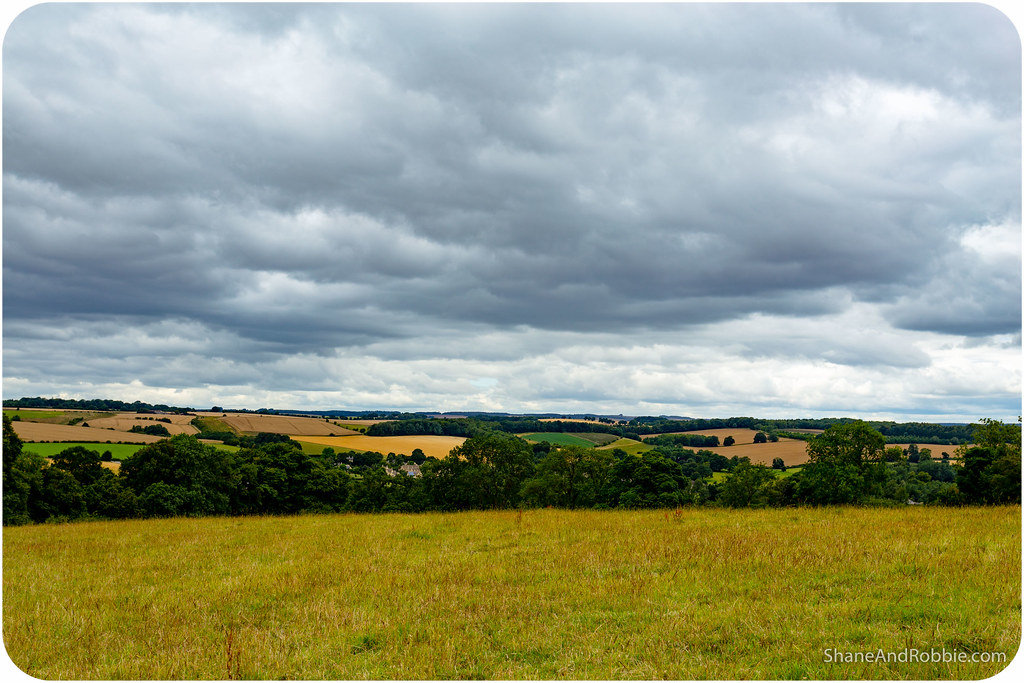 Another few miles later and we had reached our final destination for the day: Stow-on-the-Wold. Situated at the top of a 244m-high hill, this small market town is the Cotswolds highest village (given its exposed spot on the top of Stow Hill, the town is often referred to with the couplet “Stow-on-the-Wold, where the winds blow cold”). 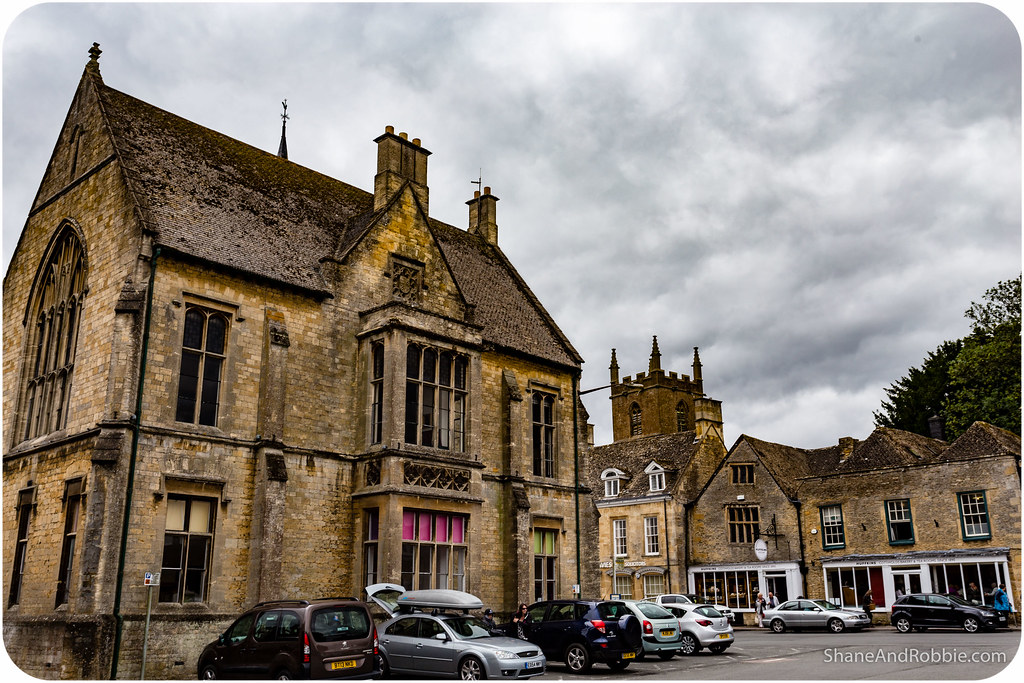 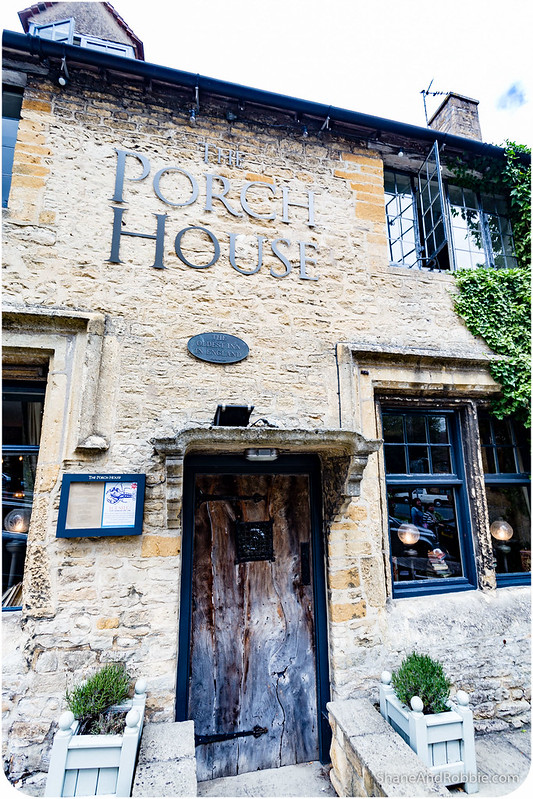 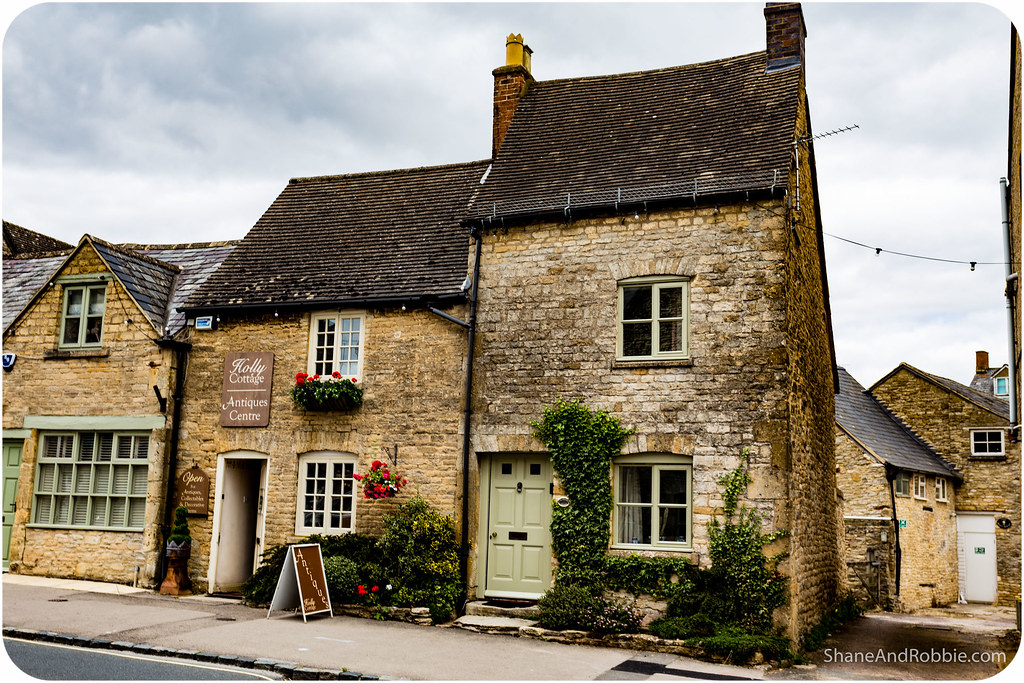 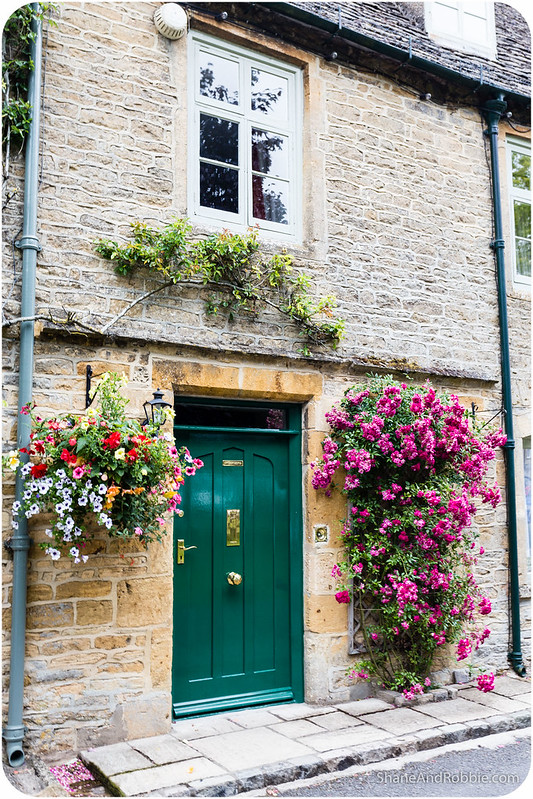 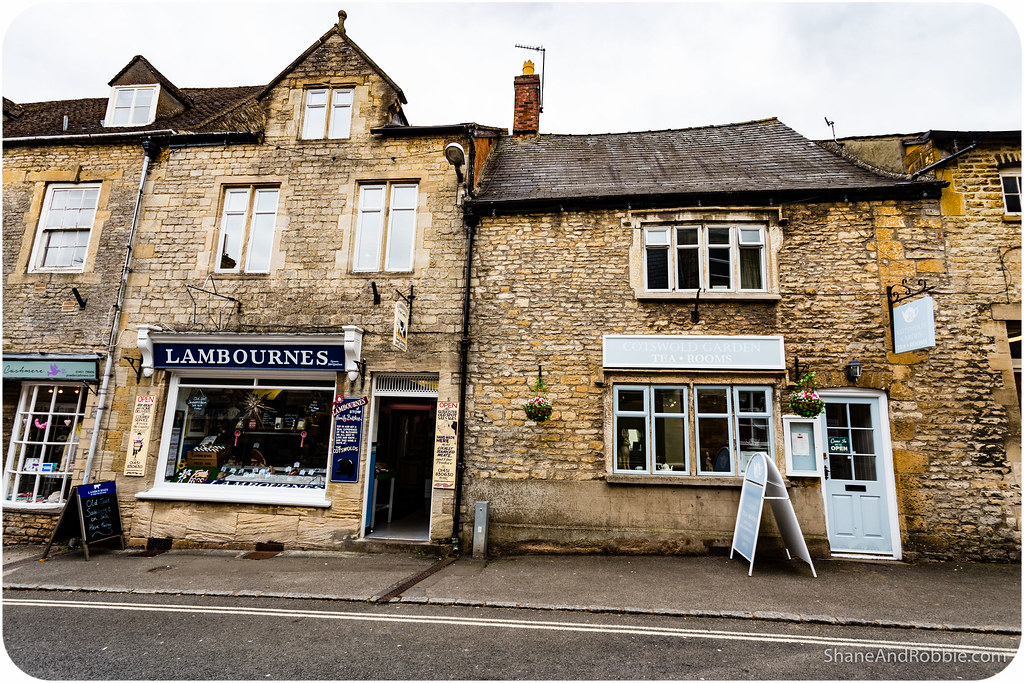 We enjoyed a quiet lunch in Stow-on-the-Wold in a cute little café, surrounded by other diners who were all dressed immaculately and spoke with the poshest English accents we’ve heard on our trip so far. It’s one thing about the Cotswolds we have DEFINITELY noticed: this is a place catering for the well-heeled. Everything is just a tad more expensive than anywhere else we’ve been, there are more antique and knick-knack shops than you would think was ever necessary, and many of the cars we’ve seen on the roads are worth more than the average home. And of course the people themselves mostly seem to fit a particular mould* (i.e. white, wealthy, older, well dressed, well spoken, and so very very English). None of this is surprising really as this region is known to be popular with the British elite. Still, makes us feel quite under-dressed at times!

*The mix of people is no doubt more diverse on weekends, when the villages and towns fill with visitors, but the locals seem to be all of a “type”.

It’s been quite interesting, actually, seeing how distinct the class divide is here in the UK – much more so than in Aus. That’s not to say that we don’t have ANY class distinctions in Aus – we DO have a recognisable working, middle and upper class – but the lines between classes are… fuzzier, less rigid and defined. And people care a lot less about social class; it’s far easier to cross the class divide at home. Here in the UK we’ve found that class is something people identify with strongly; it seems that your social class really matters, more than your wealth. It’s in how people speak, how they dress, their occupations, where they live, and their value systems. Not sure what people make of us, with our “well loved” travel gear and irreverent Australian sense of humour… Not that we care – we’re having way too much fun to be affected by people’s judgements! 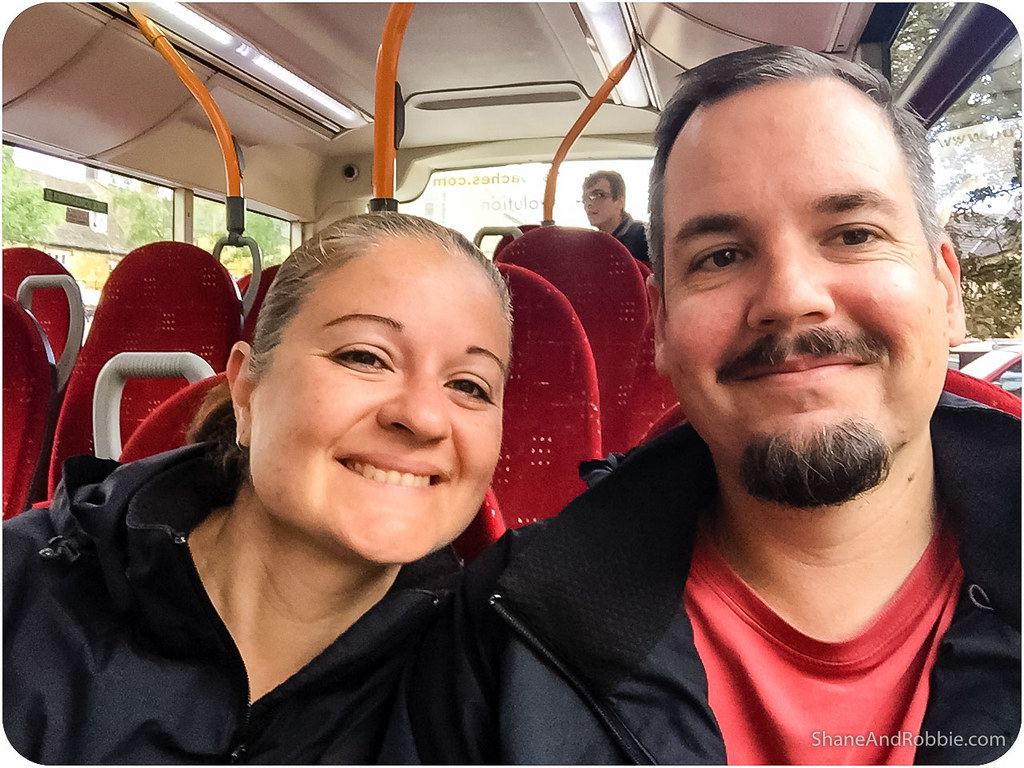