What would you call a district that’s just west of the main city centre, and is jam-packed full of restaurants, pubs, cafés, bars, clubs, and theatres? How about: The West End. That’s where we focussed our attentions today, exploring areas like Soho, Fitzrovia, and Marylebone in our bid to see more of this great city. 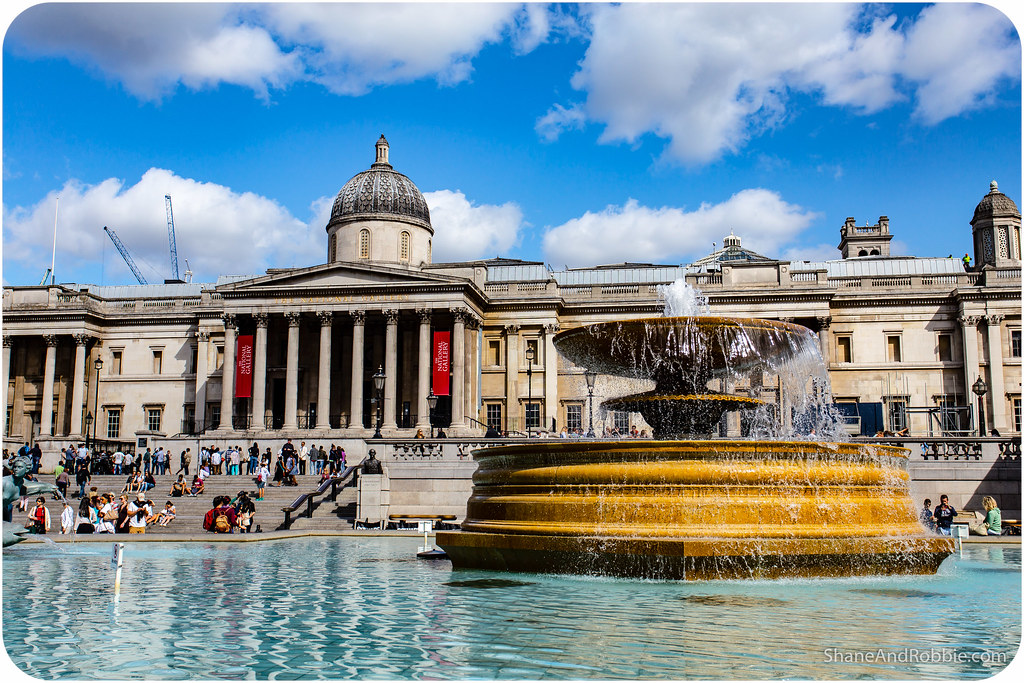 Stretching from Covent Garden to Buckingham Palace, the West End is the entertainment heart of London City. There are a handful of museums and galleries, an opera house, 48 theatres, hundreds of drinking and dining venues, and thousands of shops in the area; this is also where many of London’s fashion houses and media companies have their studios and head offices. It’s a very cosmopolitan part of the city with a real Bohemian, artsy vibe to it. No doubt it’s chaos at midnight on a Saturday night, but by the light of a Monday morning, it was pretty calm and orderly. 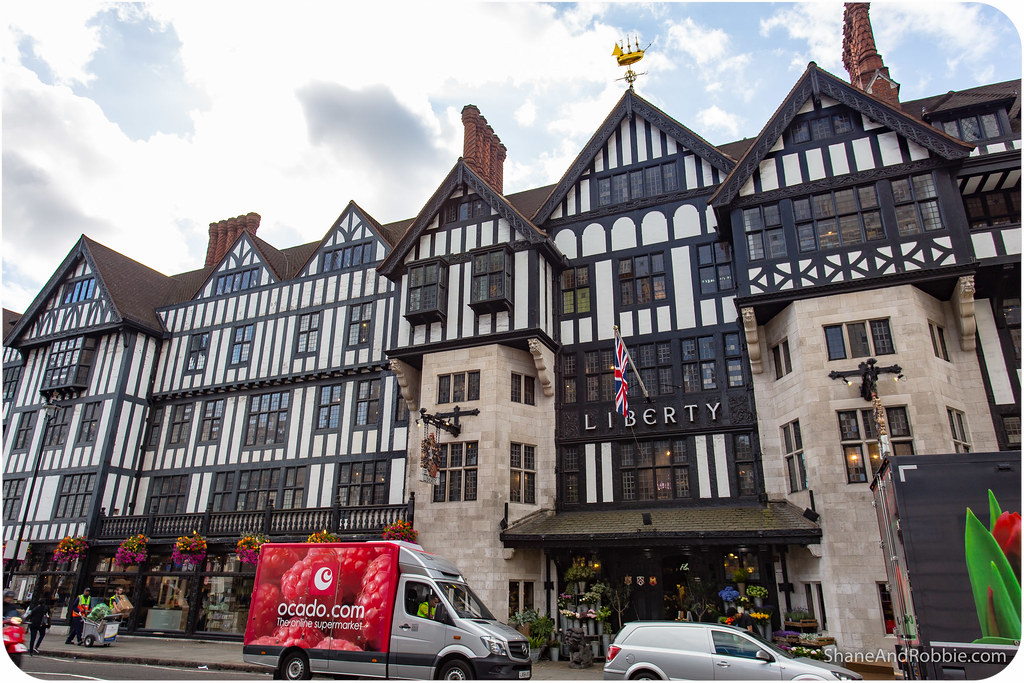 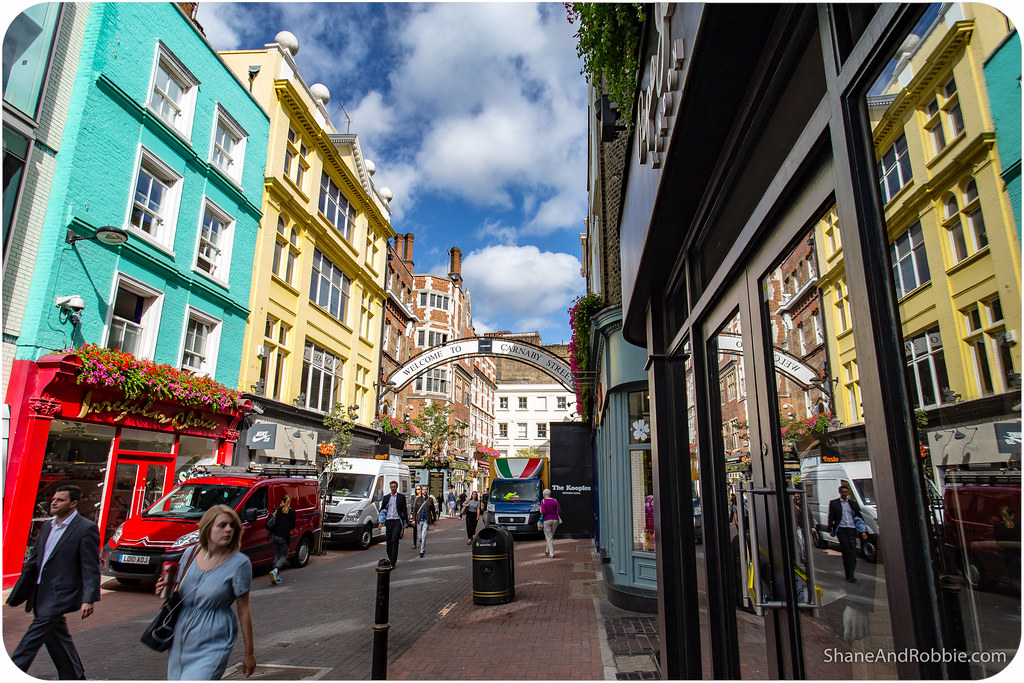 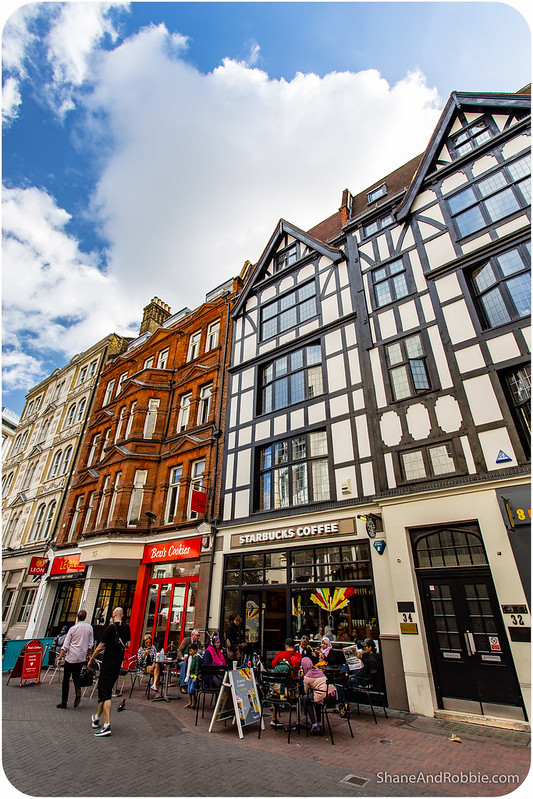 Parts of the West End have a pretty sordid history: long established as an entertainment district, for much of the 20th century this was a base for the sex industry. Since the 1980s, however, the area has undergone considerable transformation and is now VERY fashionable and trendy. 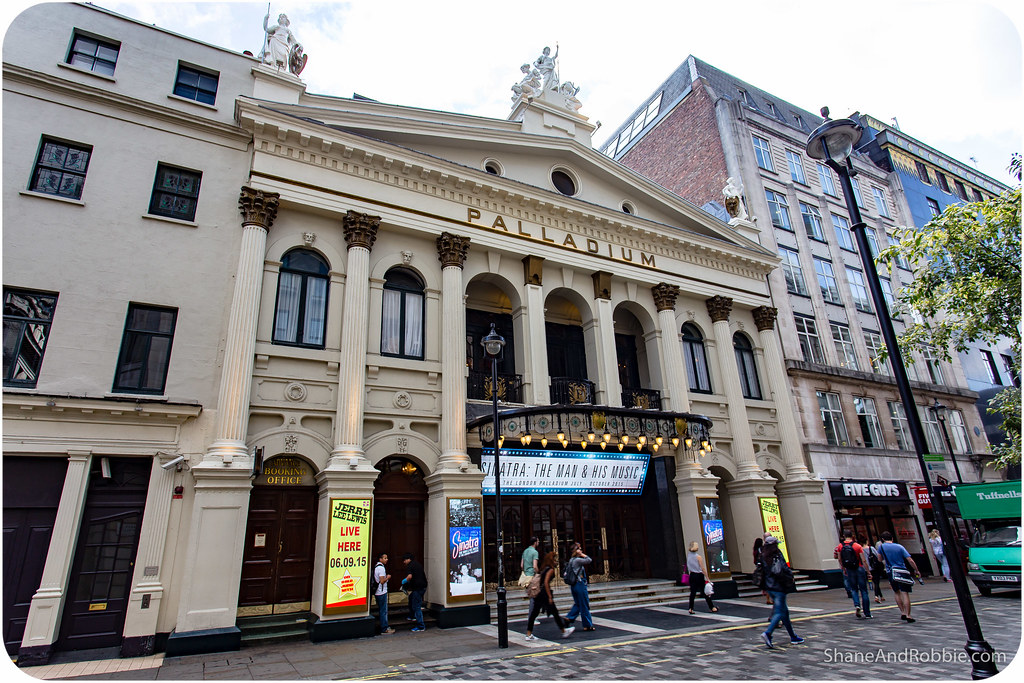 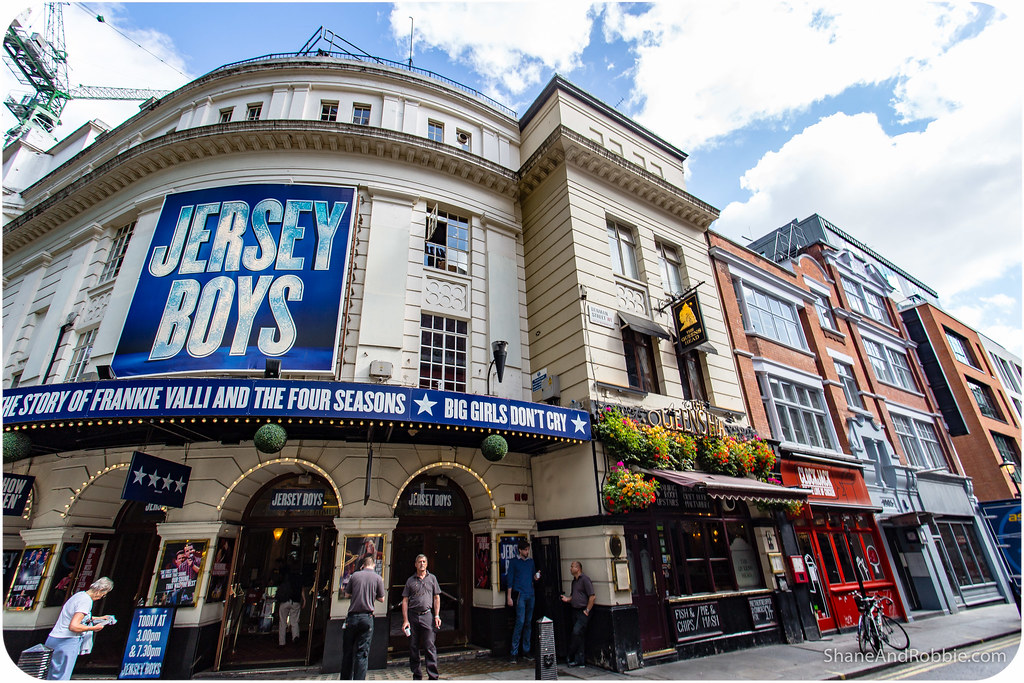 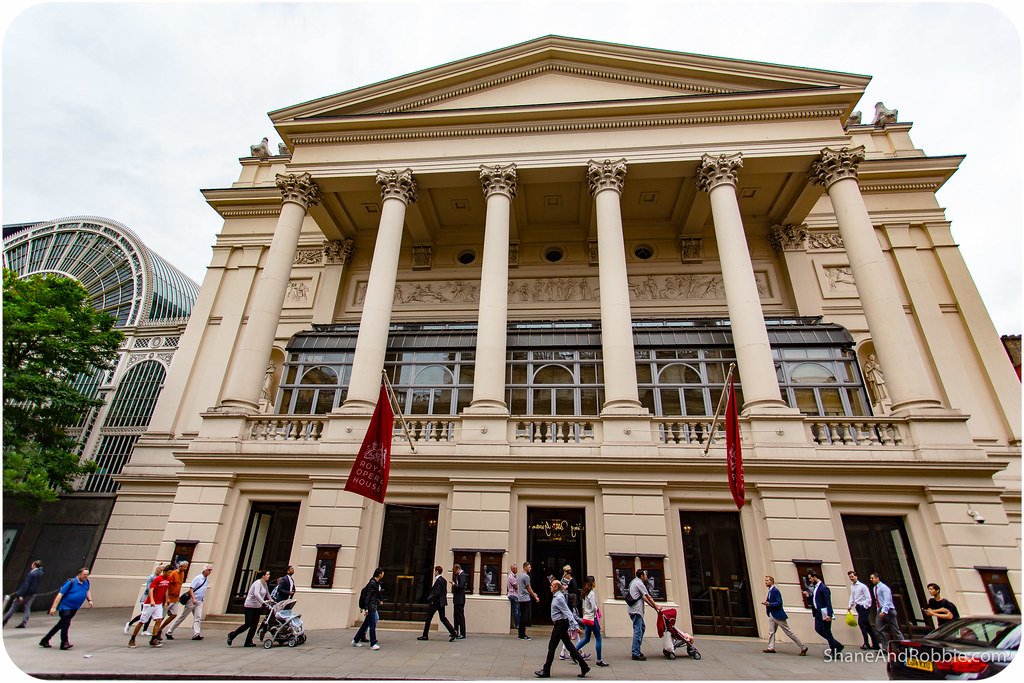 We began our foray into the West End at Piccadilly Circus*, one of London’s better known road junctions. This busy cross-roads is a gateway into the West End and is surrounded by some wonderful old buildings, including the London Pavilion, Criterion Restaurant and Criterion Theatre. There’s a whole lot of neon signs as well, a la Times Square (though on a much smaller scale).

*A circus in the London context has nothing to do with clowns (though there were a few weirdos hanging around); the term is used to refer a round, open street junction. 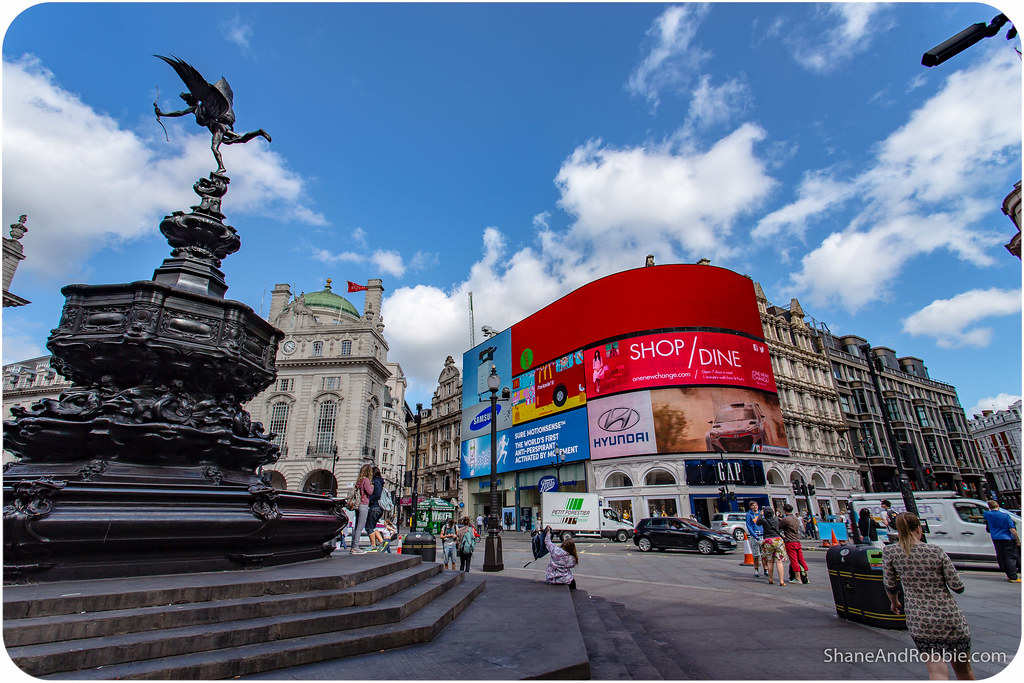 Walking south we soon entered one of London’s most iconic public spaces: Trafalgar Square. Named after the Battle of Trafalgar (a naval battle fought in 1805 during the Napoleonic Wars where Britain kicked both France and Spain’s sea-faring butts), the square is the focal point for London’s New Year’s Eve celebrations, and for political demonstrations and community gatherings. With the grand monument to Lord Nelson in the centre, and views all the way to Big Ben, Trafalgar Square made for a wonderful photo stop. 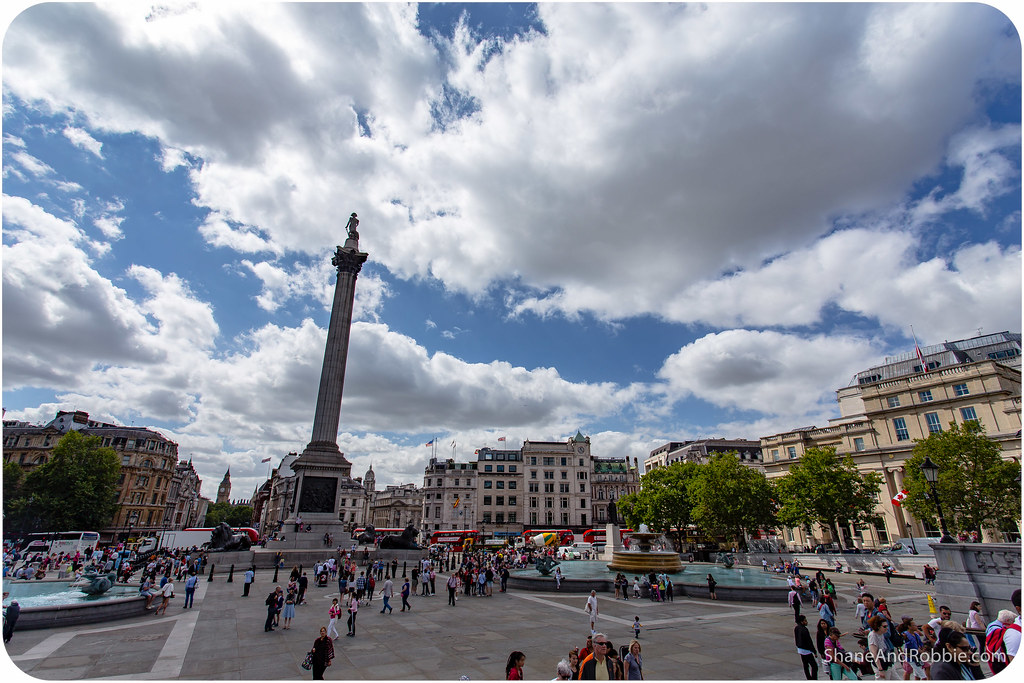 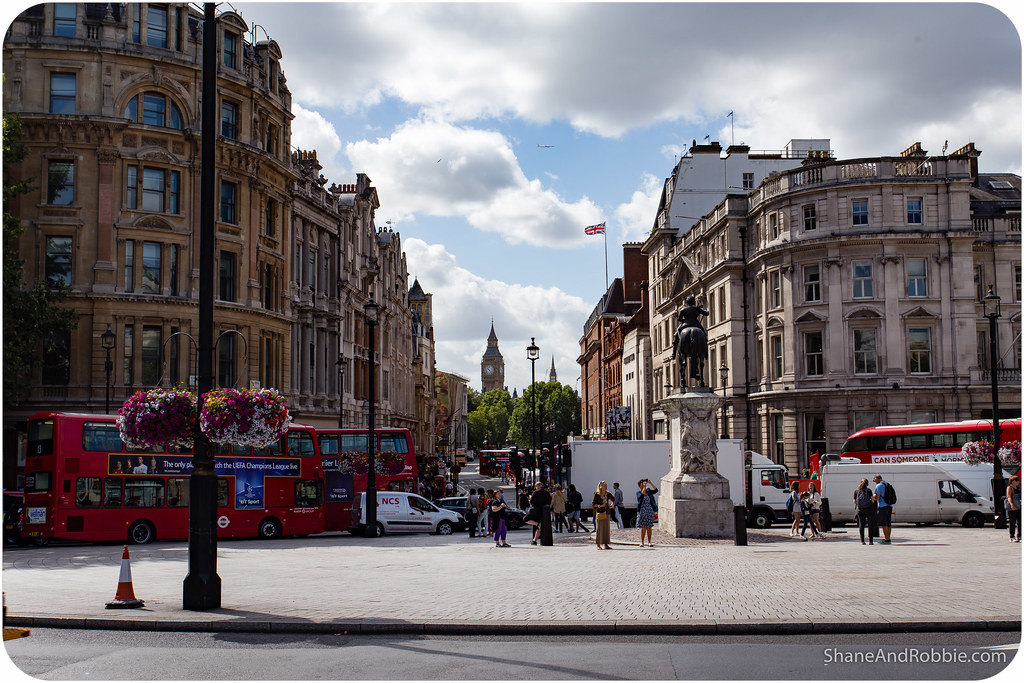 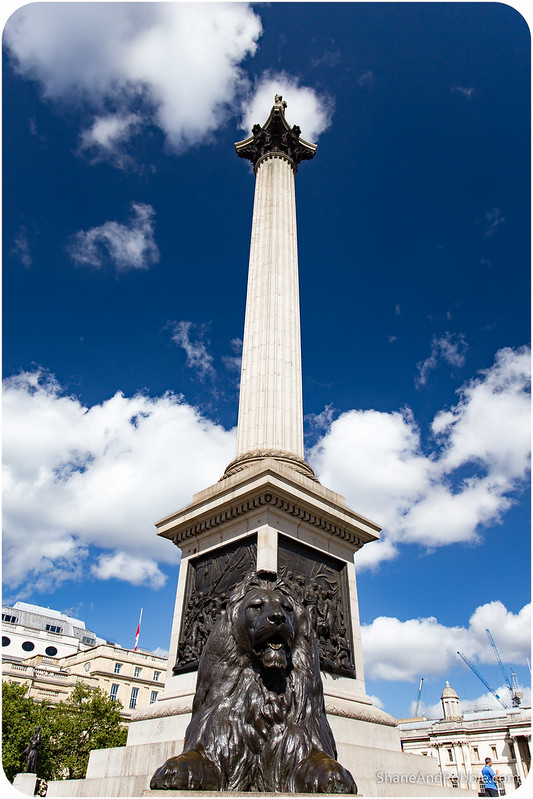 Further on we found Covent Garden, and its famous undercover markets. Once the garden that fed Westminster Abbey and its sister convent, the district has been a famed market area since the 17th century. The modern market has stalls that sell everything from bespoke fashion, arts, and crafts, to mountains of plastic paraphernalia emblazoned with the Union Jack (all made in China no doubt). It was all a bit touristy for our liking, so we moved on. 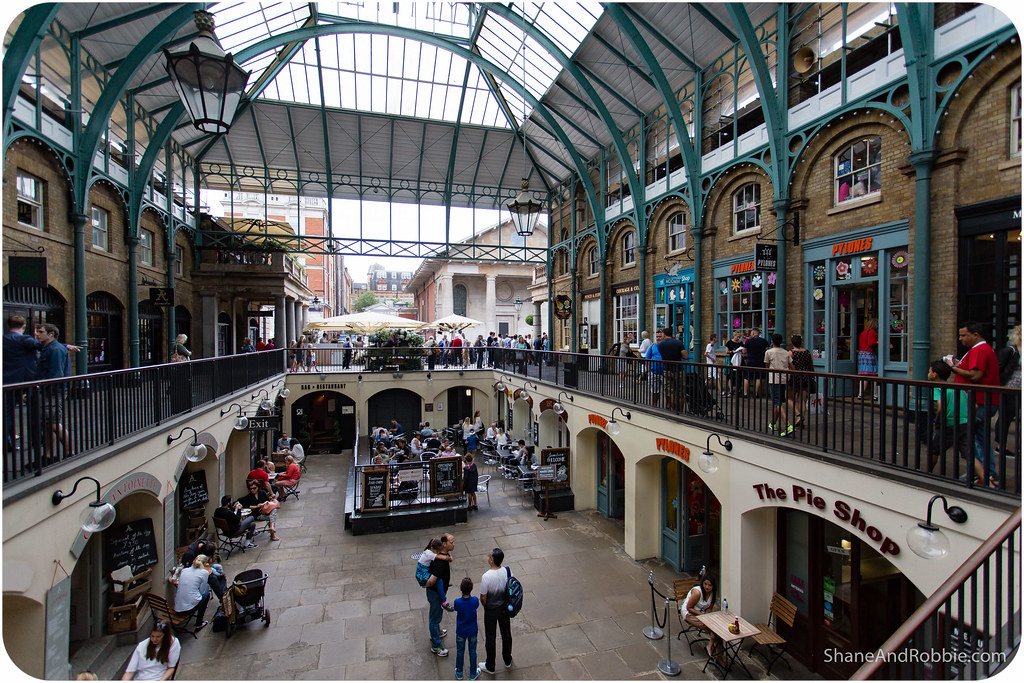 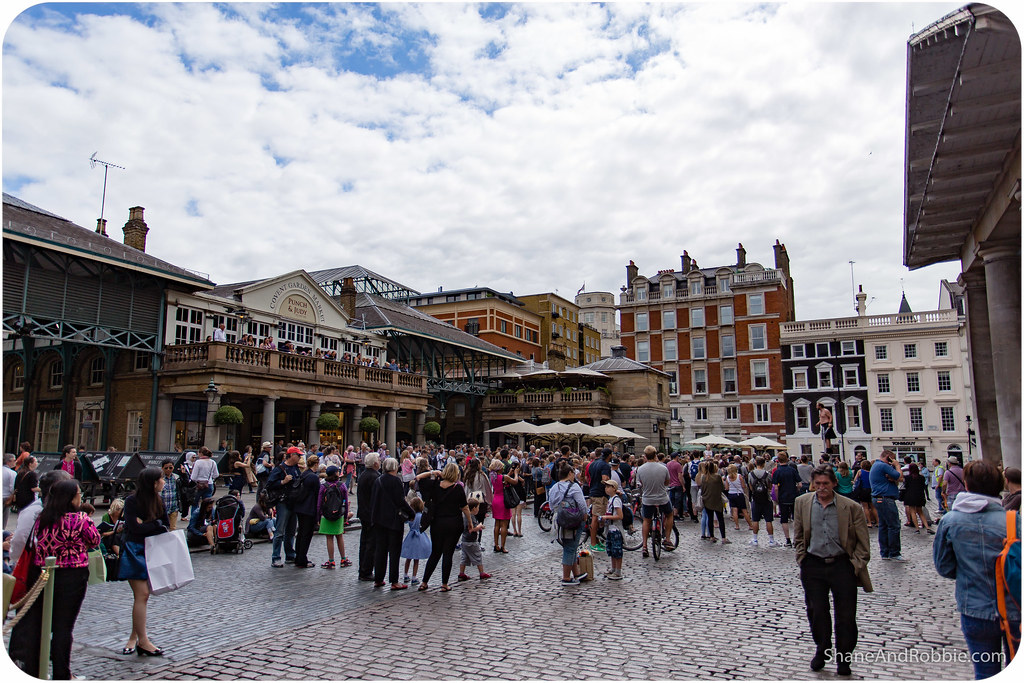 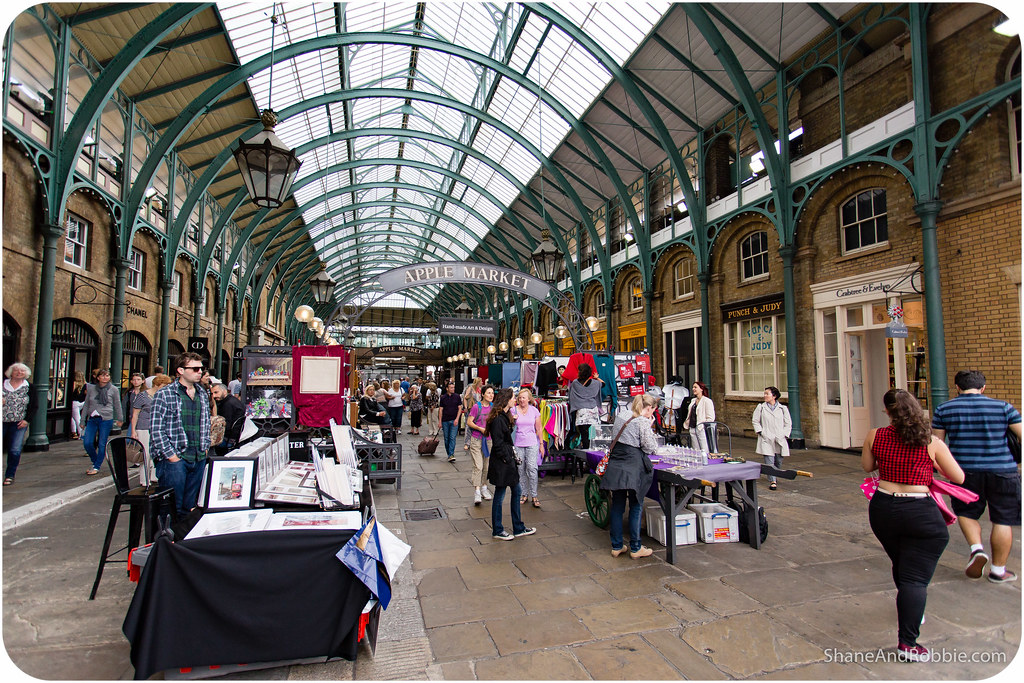 Our next (and last) stop for the day was the British Museum. We had intended to see a few more sites today, but ended up being so captivated by the museum and its incredible array of displays that we found ourselves happily stuck there for the rest of the day! 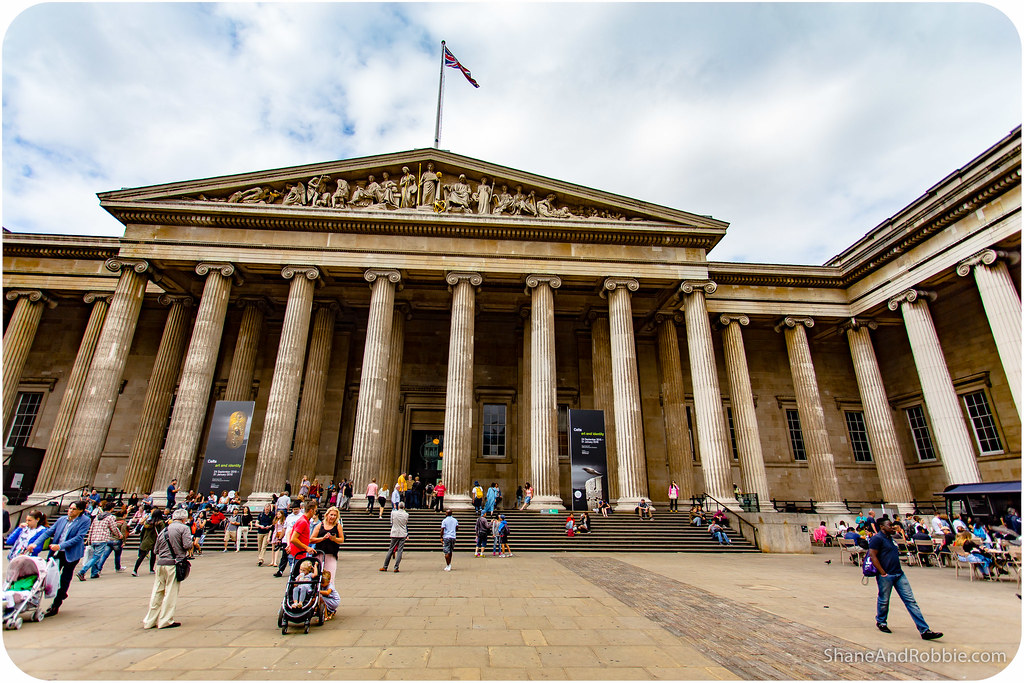 The British Museum is housed in a beautiful, purpose-built neoclassical building and includes 8 million* artefacts and displays from around the world. Covering an area of over 92,000 square metres the museum’s collection is supposedly the largest and most comprehensive in existence, with displays that originate from all continents, many of them gathered by intrepid British explorers during the hey day of the colonial British Empire.

*Not all 8 million are on show at once – just 1% of the museum’s entire collection is ever on public display. Thank goodness too – we were lost in there for hours as it was! 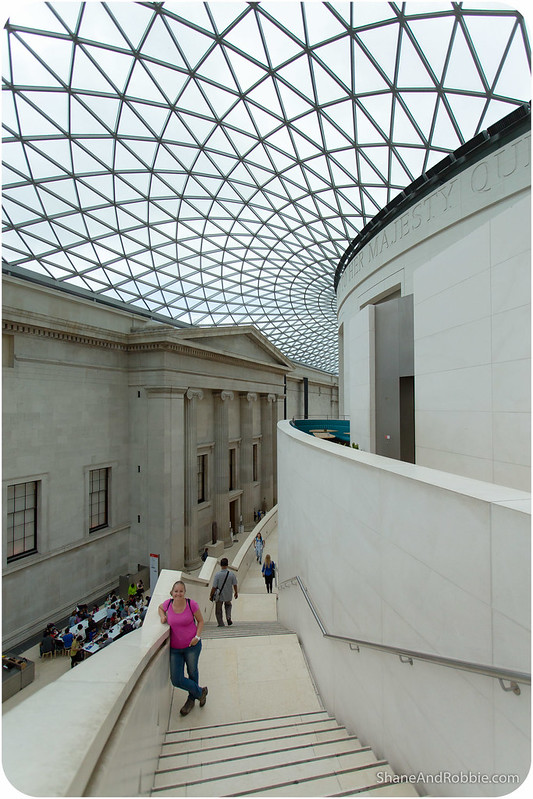 The Egyptian antiquities section was hugely popular, with hundreds joining us to peer at the mummies, sarcophagi, and hieroglyphics. There were objects from every period of Egyptian history, including Nubian artefacts from what is modern-day Sudan. Arranged so much better than the artefacts at the museum in Cairo, this was a definite highlight of our visit. We even got to see the original Rosetta Stone*!

*There’s some controversy about whether some of the artefacts, including the Rosetta Stone, should be returned to their country of origin. It’s a difficult question because, whilst we can appreciate the ethical issues involved in these items being taken out of their home countries, having seen how haphazardly the The Museum of Egyptian Antiquities is arranged and maintained, we can’t help but feel the Rosetta Stone is in better care where it is at the moment. 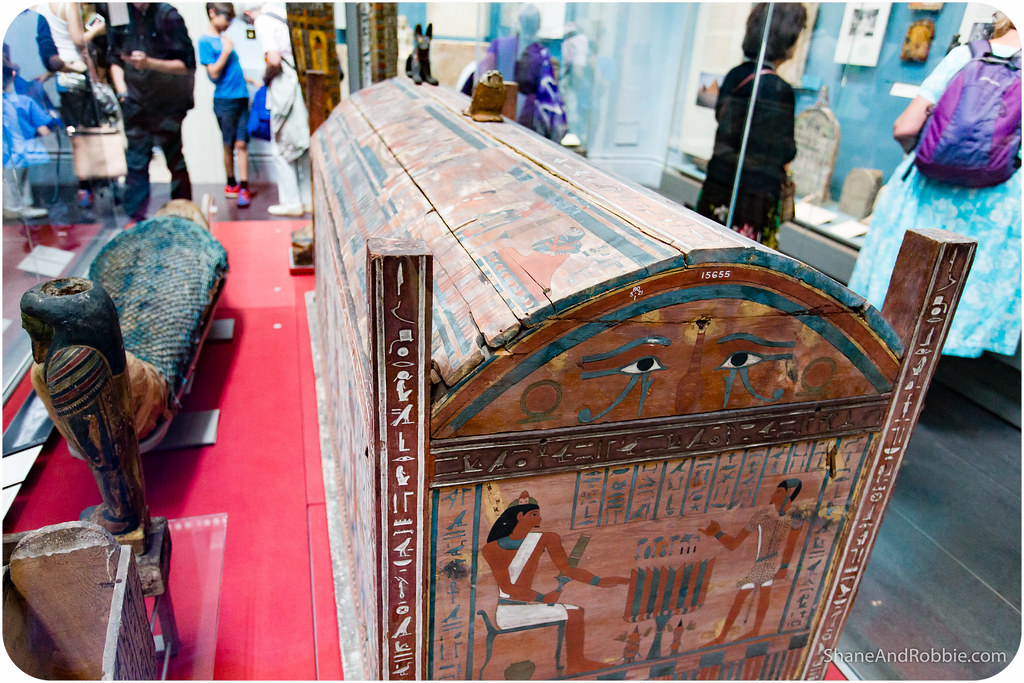 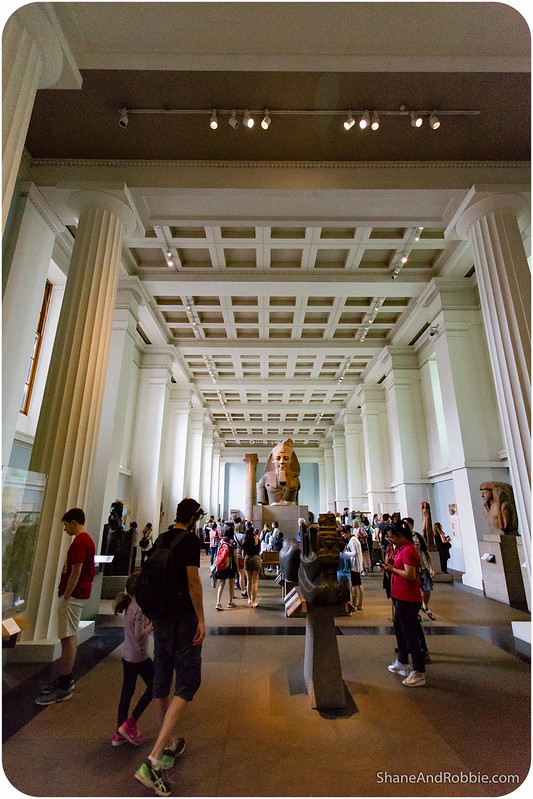 Other collections we really enjoyed were those from the Middle East, covering Mesopotamia, Persia, Jordan, Syria, and the Arabian Peninsula, and India (many of the Indian objects were collected by colonial officers and explorers when the subcontinent was part of the British Empire). 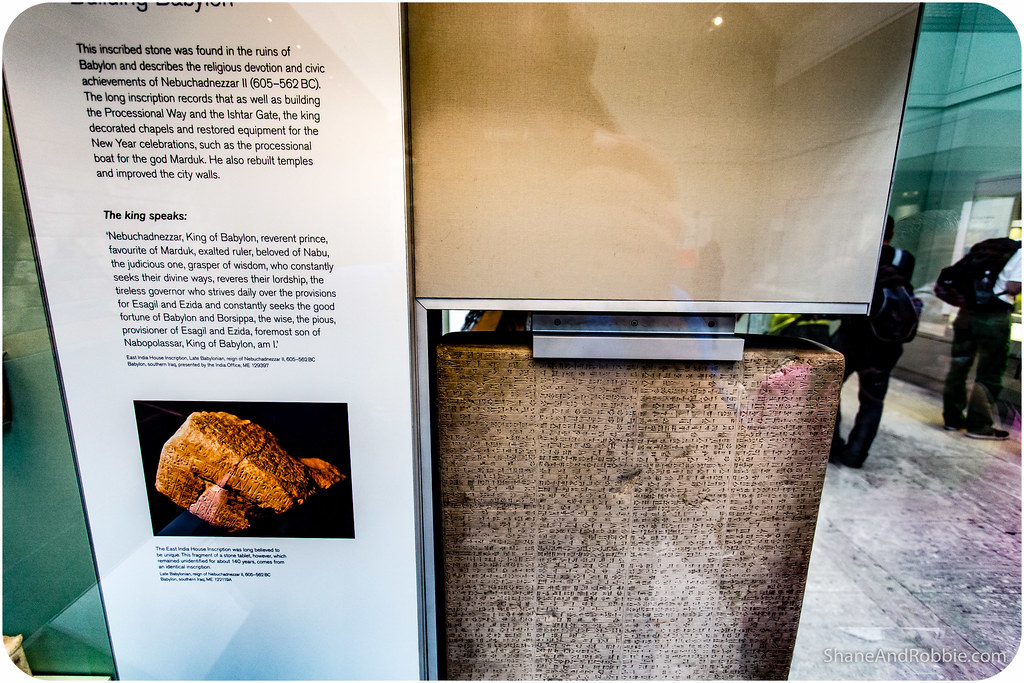 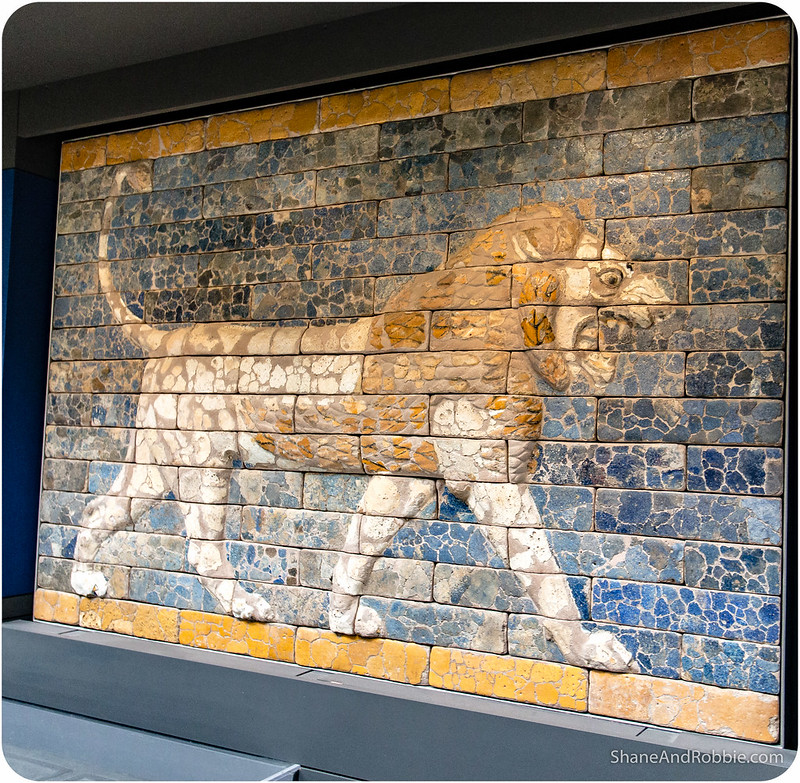 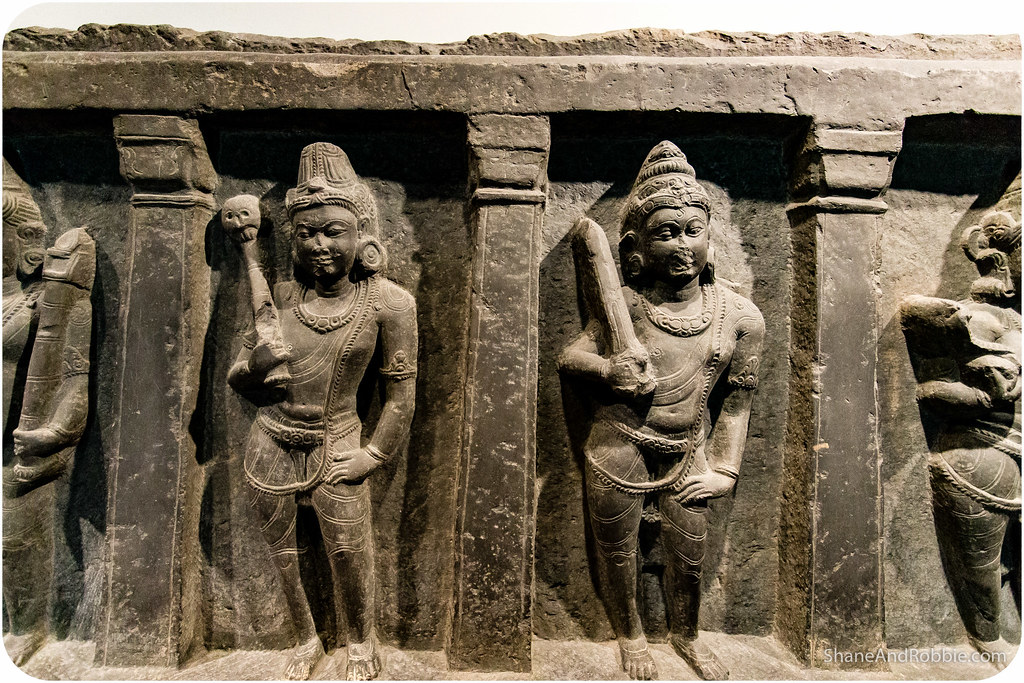 Asia, Africa, the Americas, and, of course, Europe, were all represented in the museum’s various collections, and kept us happy as…. Well, happy as a couple of nerds in a museum! 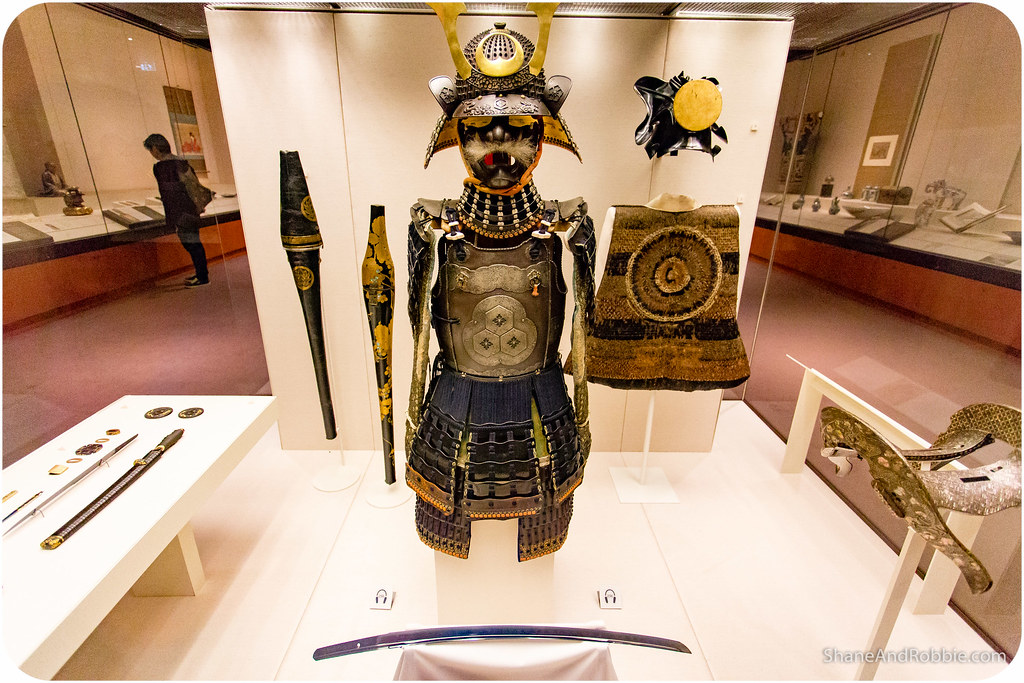 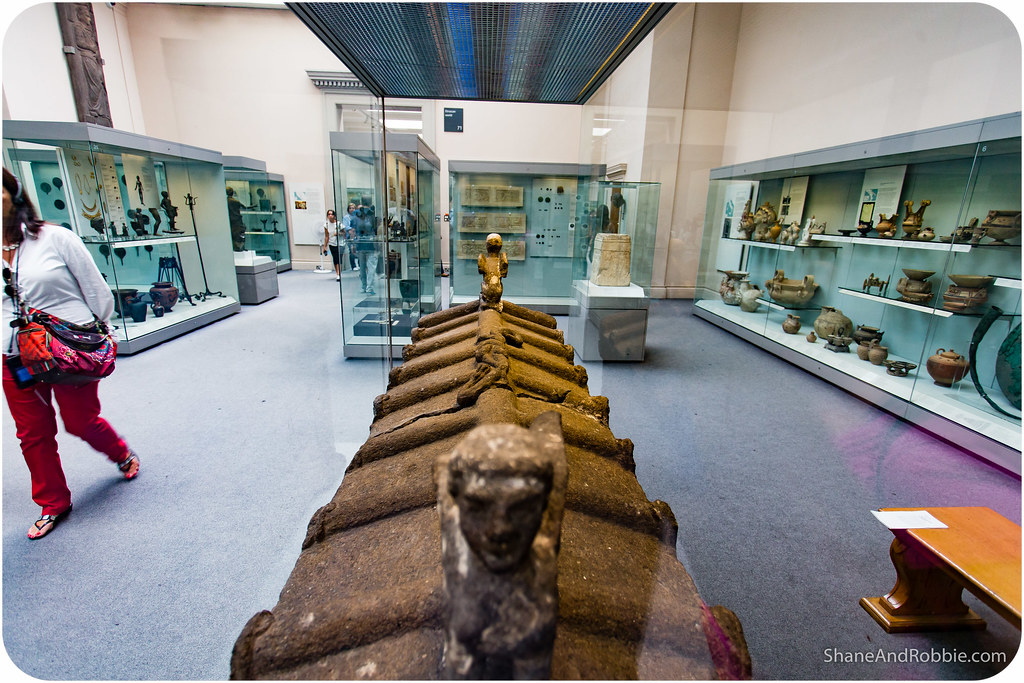 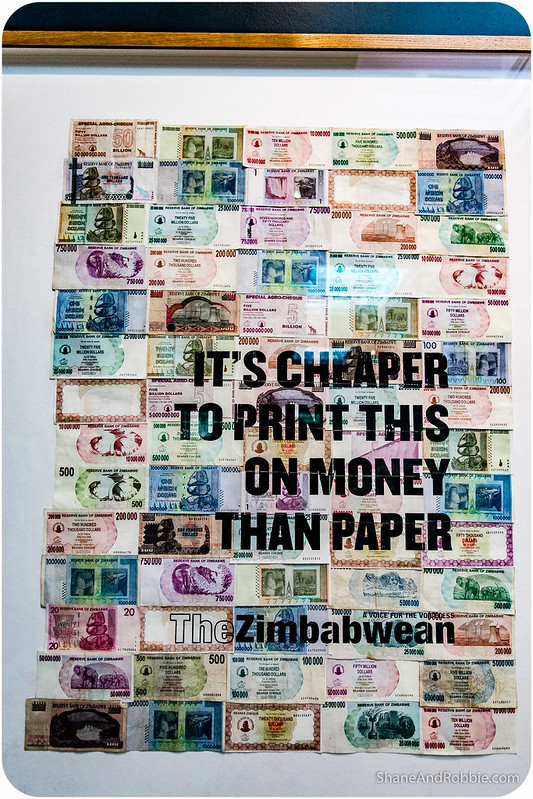 After 5 days here we have come to the conclusion that this city is definitely one of our favourite places in the world (at least in summer – maybe not so much in in the midst on winter!). There are so many beautiful buildings, free museums, and art galleries to enjoy, as well as 2,000 years of history to go with them. There’s always something going on and it’s also one of the most international cities in the world – it’s been just as easy to find shawarma and korma as it is to get fish and chips, or a steak and ale pie, for dinner. London really is fantastic! 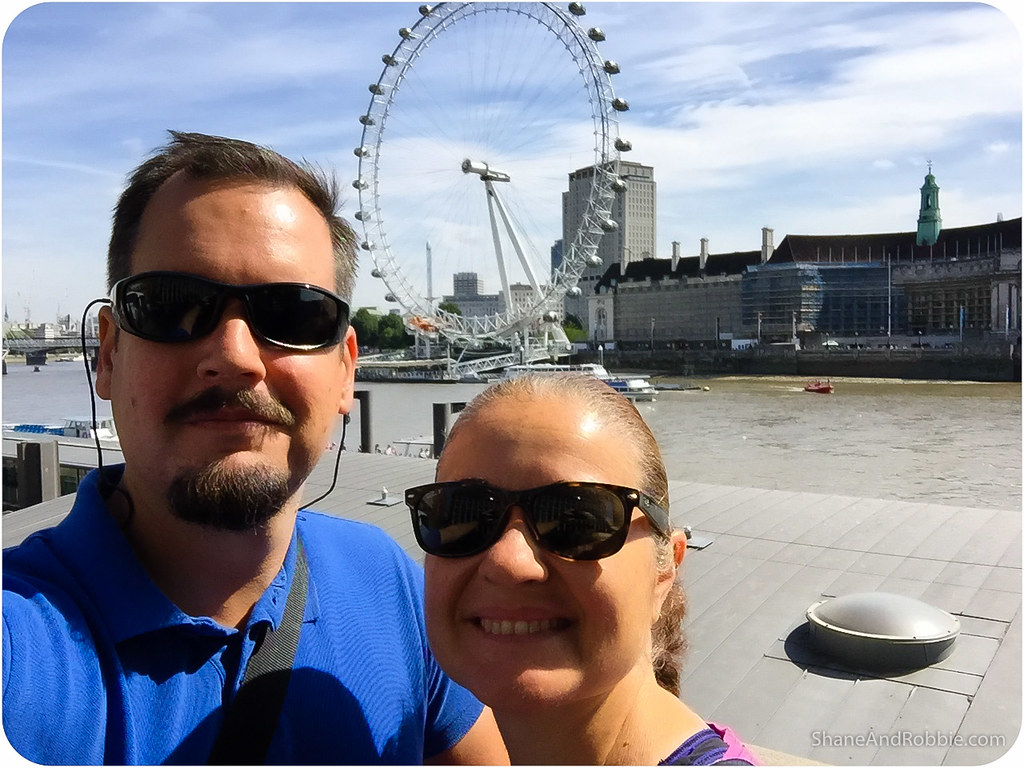