It was bitter sweet leaving Siem Reap behind this morning – we were sad to say farewell to the temples and jungle-clad beauty of Angkor, but keen to see a little more of Cambodia. Our destination for today was the town of Battambang, about 3 hours West of Siem Reap. Founded in the 11th century by the Khmer Empire, Battambang is a major commercial hub and the main transit hub linking Cambodia to Thailand (the Thai/Cambodian border is just a couple hours’ drive away). Surrounding Battambang are seemingly endless fields of rice and lots of small rural villages whose livelihood revolves around rice production*. It was this typical Cambodian scenery that we went exploring this afternoon aboard a bamboo train. What’s a bamboo train you ask? One of these contraptions…

*The greater Battambang region is the “rice bowl” of Cambodia, producing so much of the grain that exports go as far afield as South Korea, China, and Thailand. 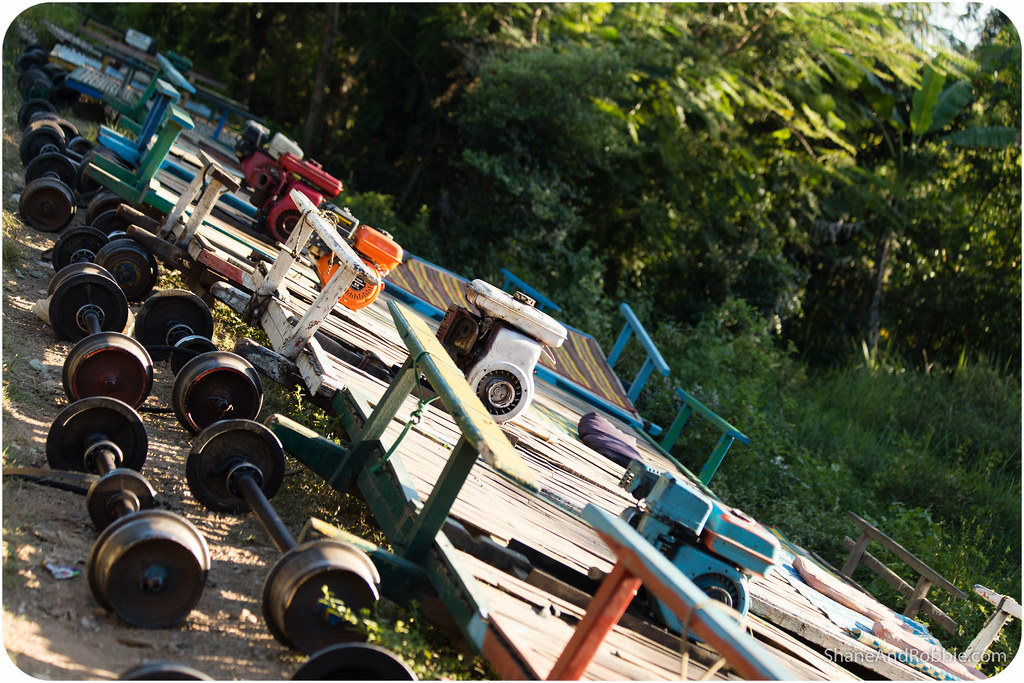 Bamboo trains, or “norries” as their known locally, are a glorious piece of “bush engineering”. It’s essentially a firm bamboo flat-bed, laid across a metal frame which rests (rather precariously) atop a couple of old tank wheels. These ingenious transport vehicles were devised by locals during the mid-20th century, after French colonisation ended and trains along the single track lines became less and less frequent. 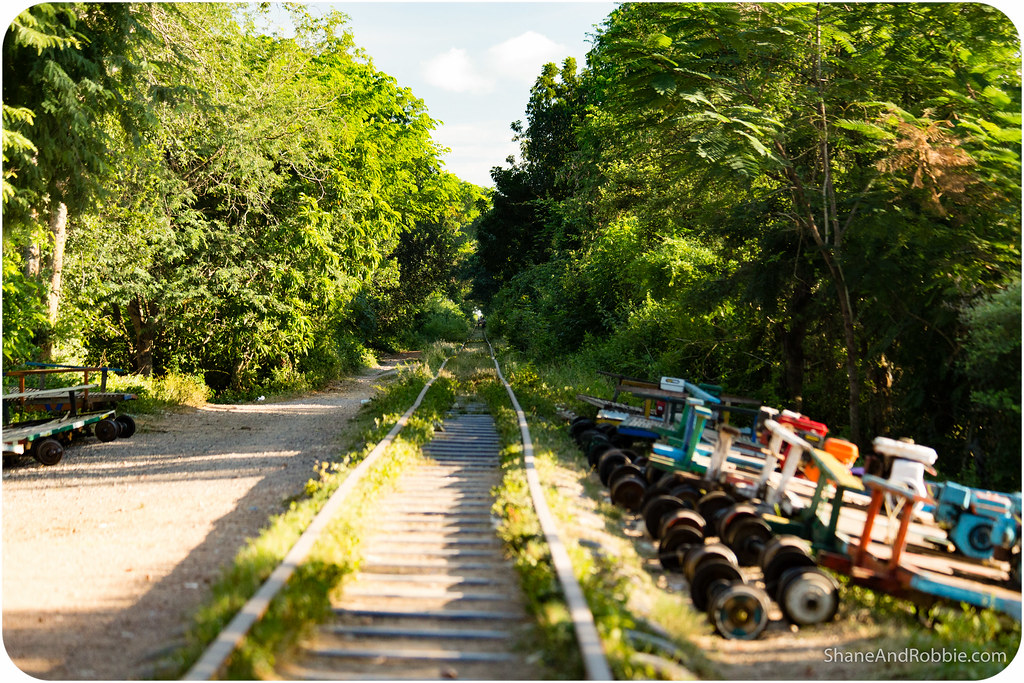 Villagers living along the railway track use the bamboo trains to travel between rural hamlets, and to get into the centre of Battambang. There is a scheduled train service run by the government but it’s slower and less reliable due to frequent derailments and breakdowns. The norries, on the other hand, are frequent, cheap, and relatively fast. This makes them popular despite their rudimentary design, lack of brakes, and the state of the tracks. 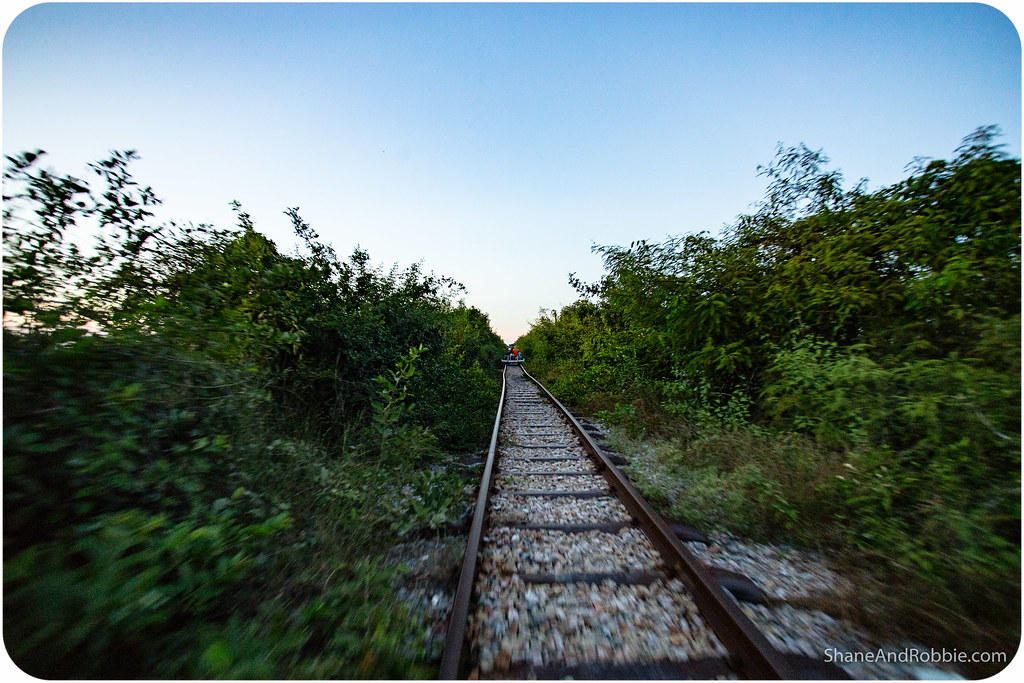 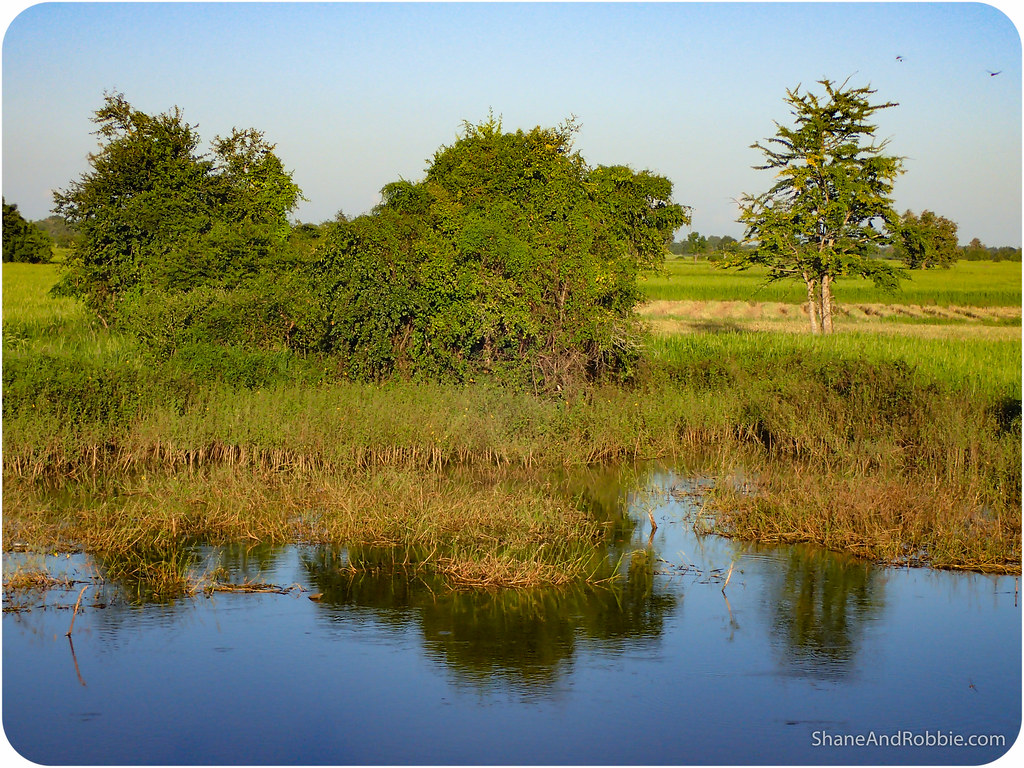 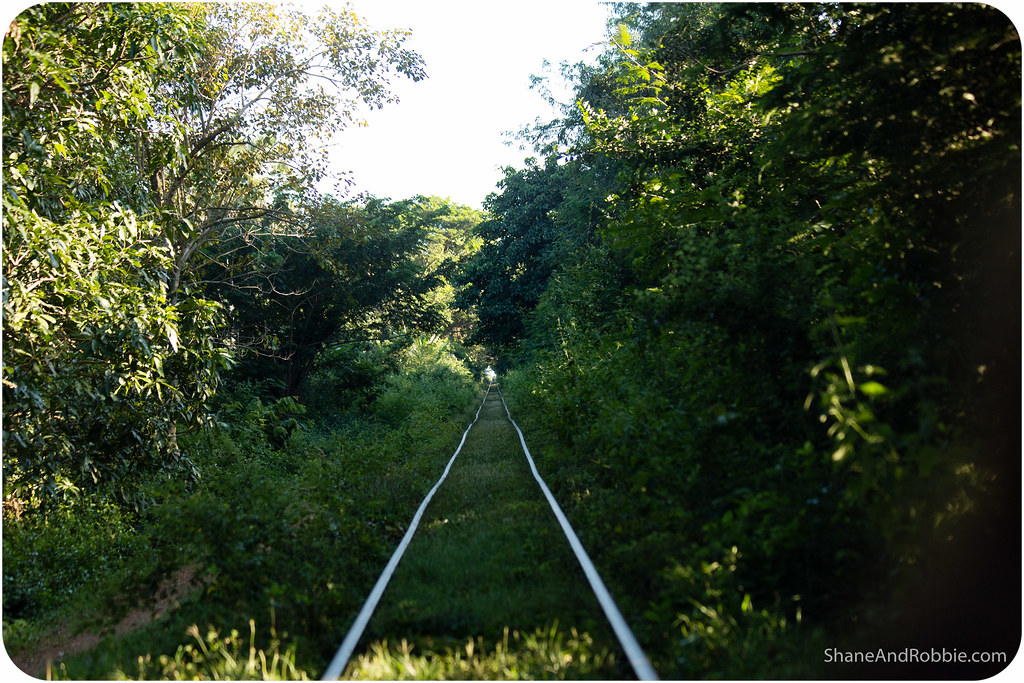 These days, as well as carrying villagers, rice, cows, pigs, and other cargo, the norries are used to transport tourists like us around the countryside. We got to ride one of Battambang’s bamboo trains all the way out into the fields, passing lots of little villages and some lovely scenery along the way. 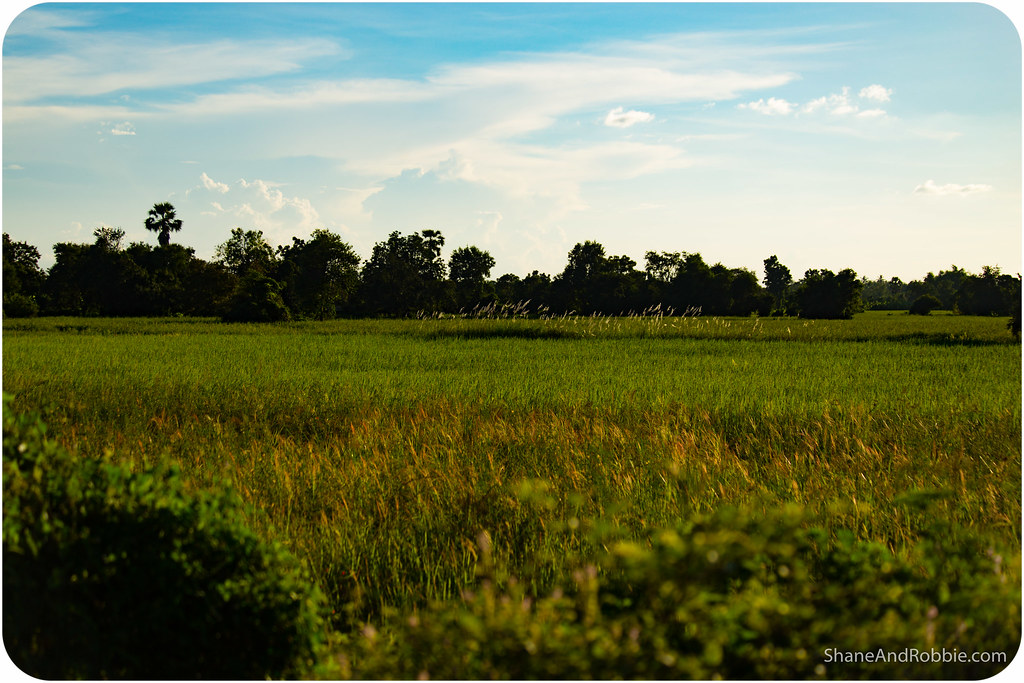 Originally propelled by hand using punt poles, the bamboo trains are now powered by small motorbike engines and reach speeds of up to 50km/h. Doesn’t sound like much, but when you’re clinging to one of these odd contraptions whilst the bushes and rice fields whizz past, 50km/h seems pretty damn fast! 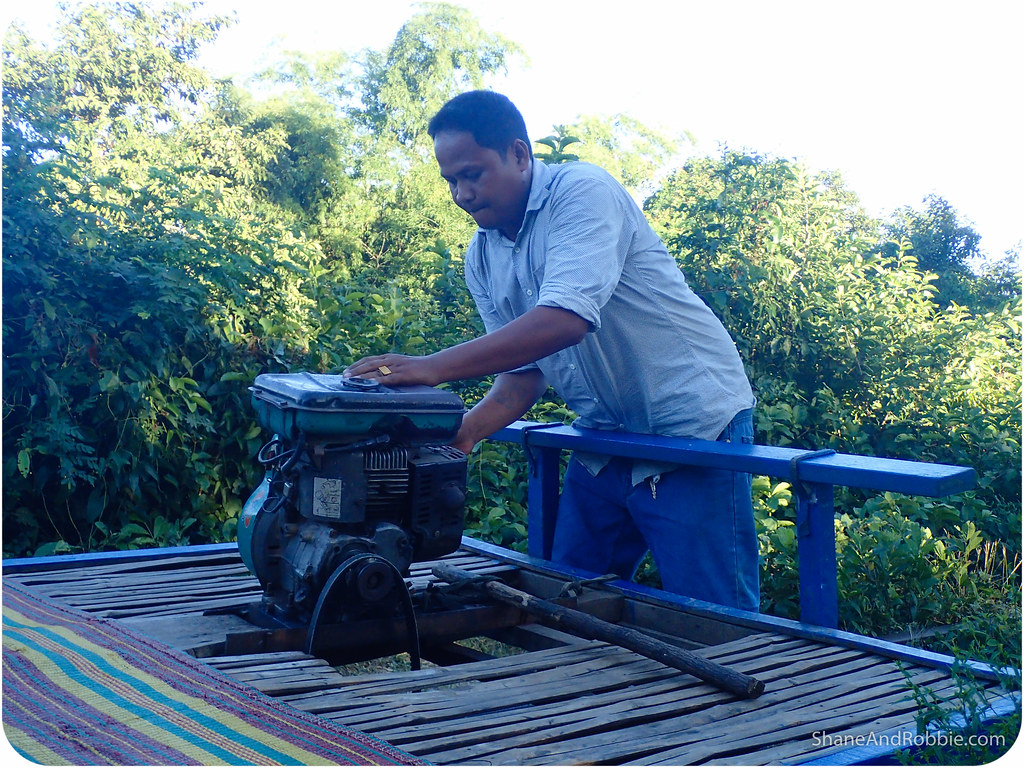 The funniest part of our journey was watching the norry drivers dismantle and move their bamboo trains off the tracks when 2 of them met face-to-face on the line. That’s when we realised just how basic the contraptions really are! 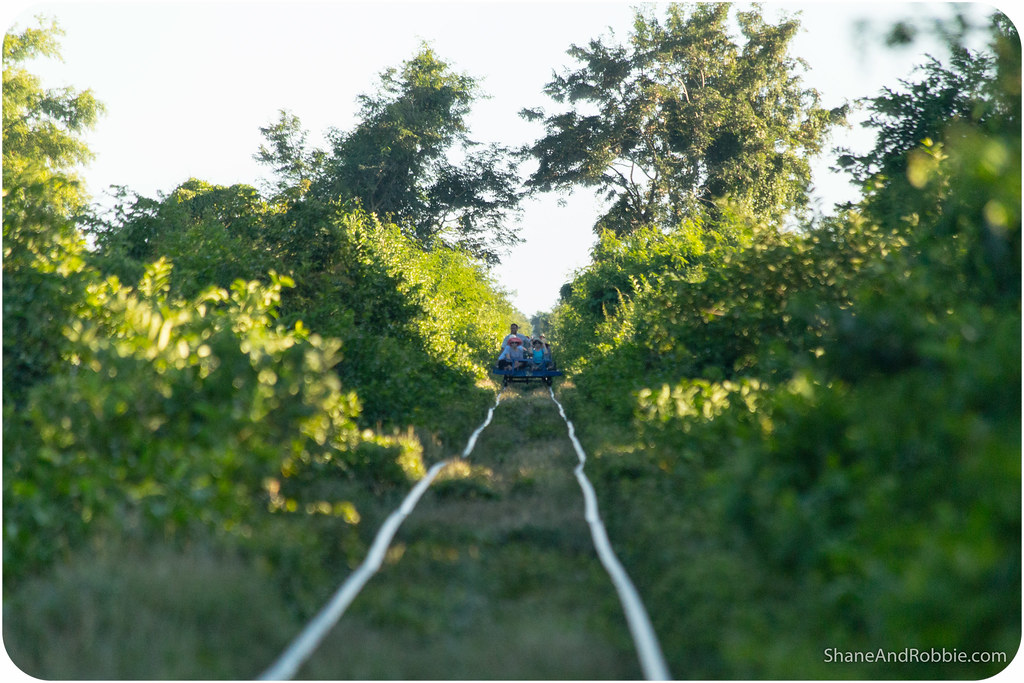 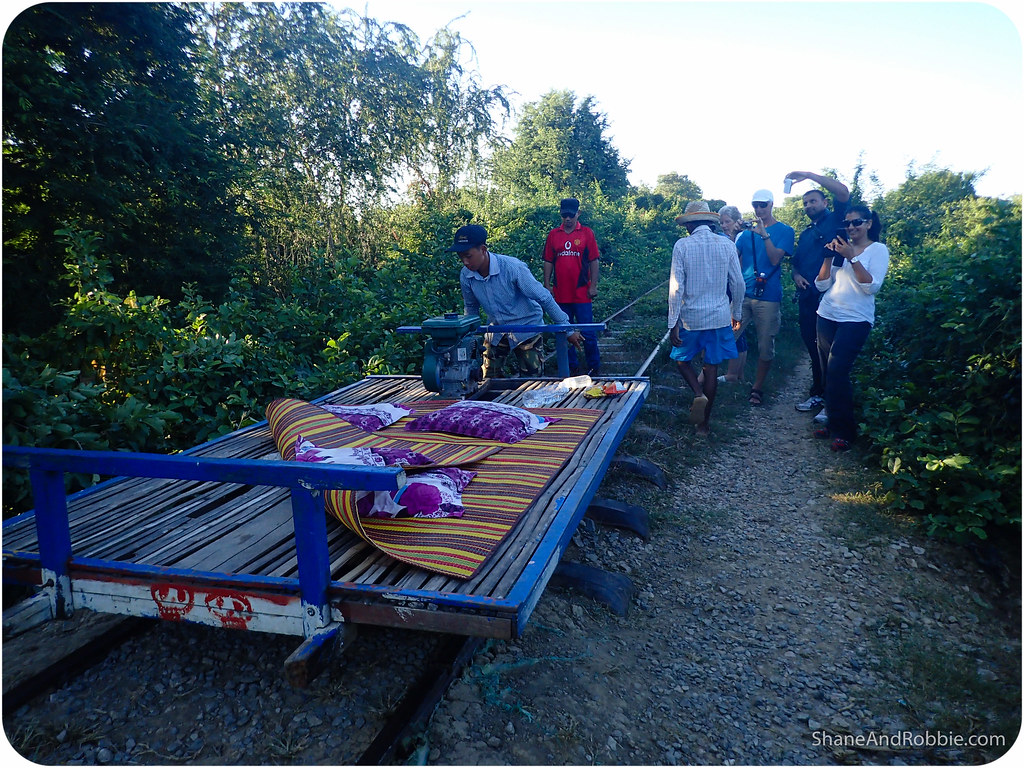 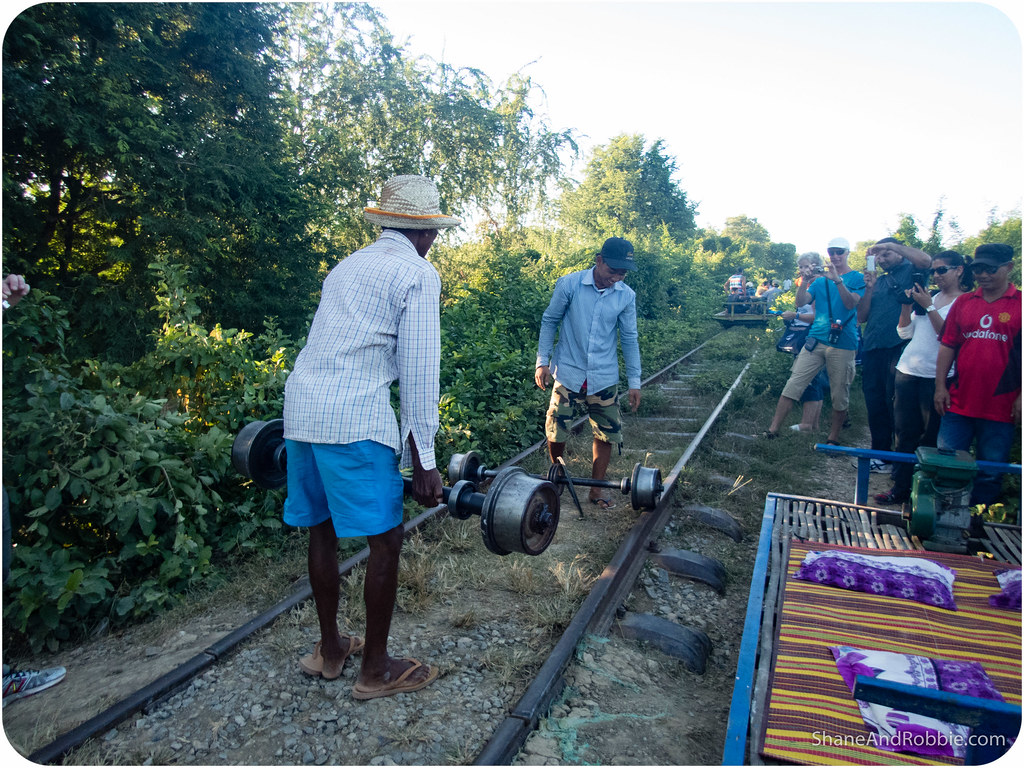 Our destination on the bamboo trains was a small bridge out in the middle of the Cambodian countryside where we got to enjoy a cool drink (care of our Cambodian guide) whilst the sun set over the rice paddies. 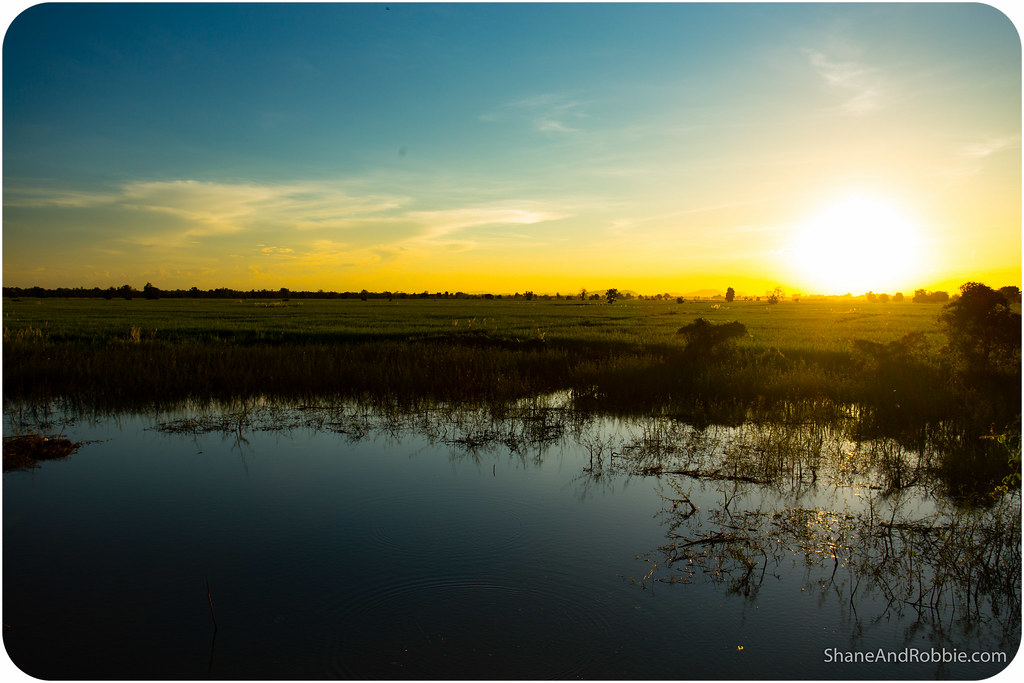 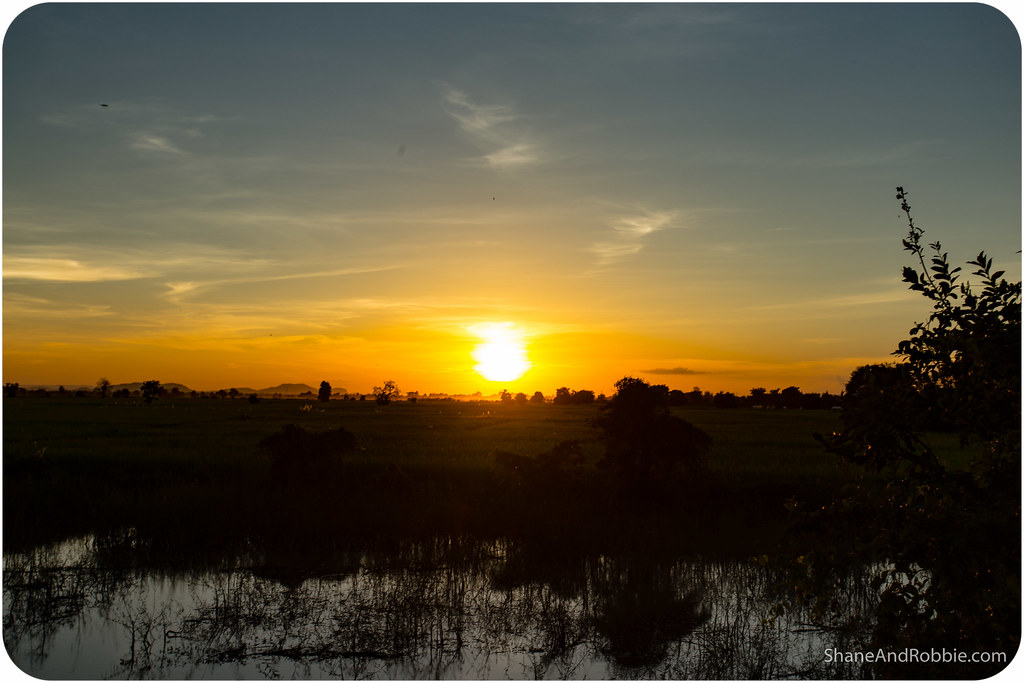 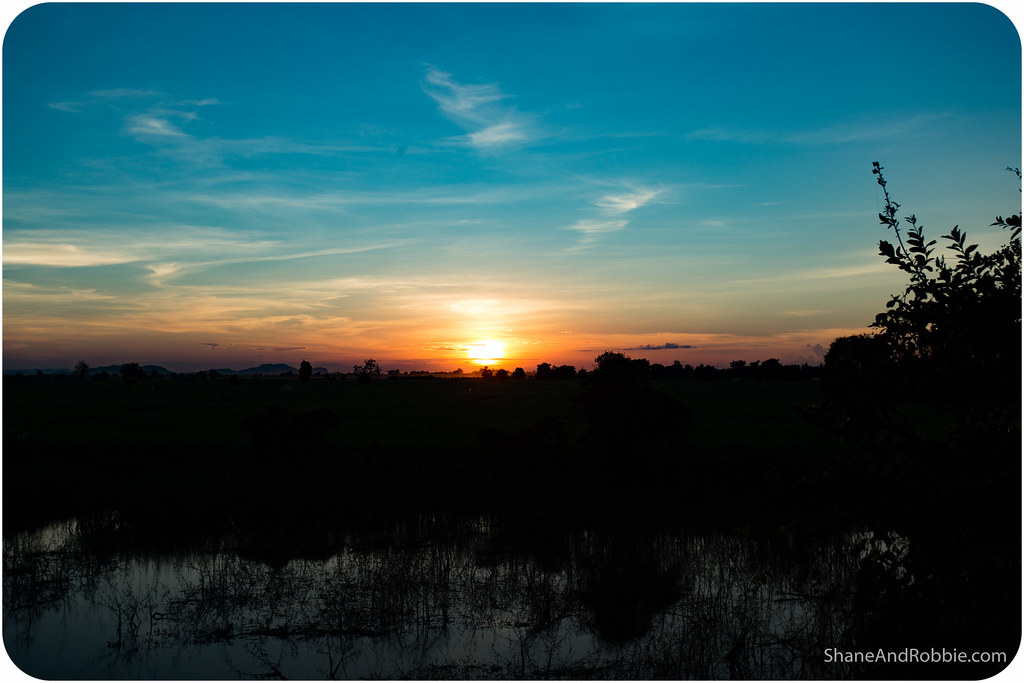 As well as riding the bamboo train through the countryside we also got to see some of Battambang’s remaining colonial French architecture, the best preserved in Cambodia. 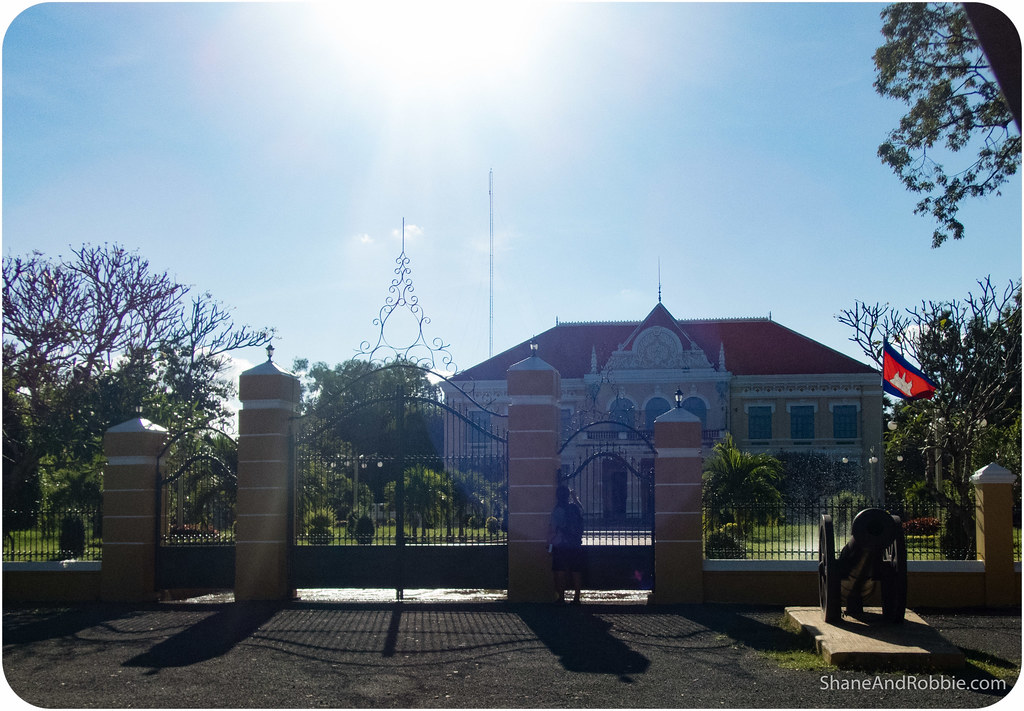 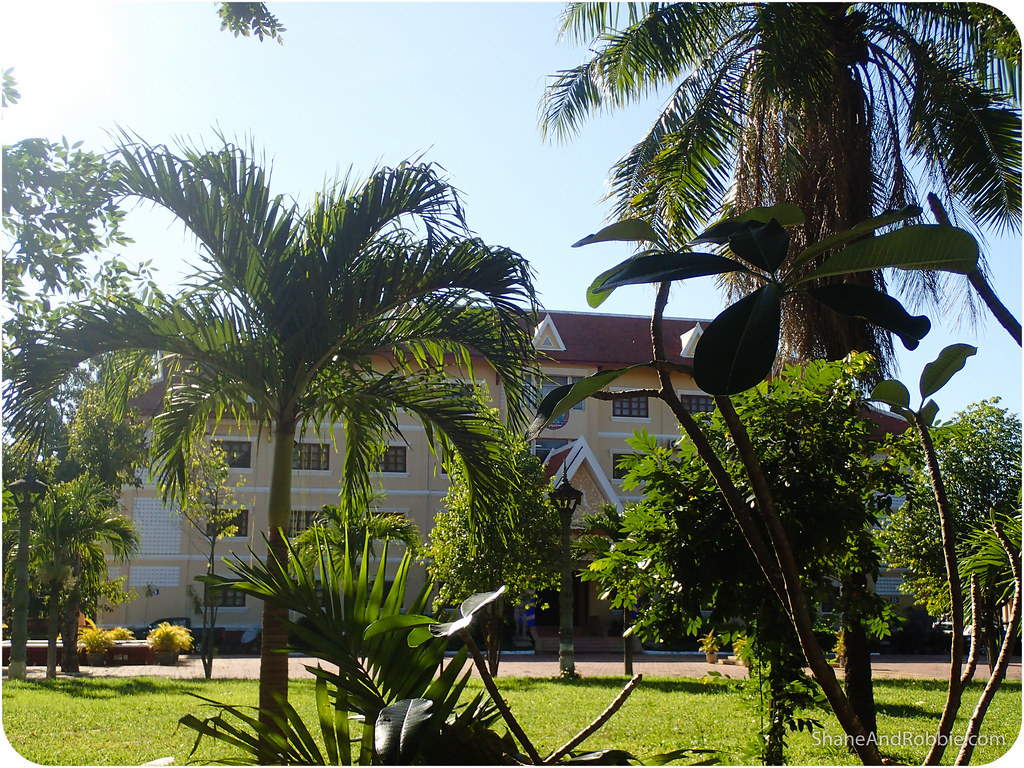 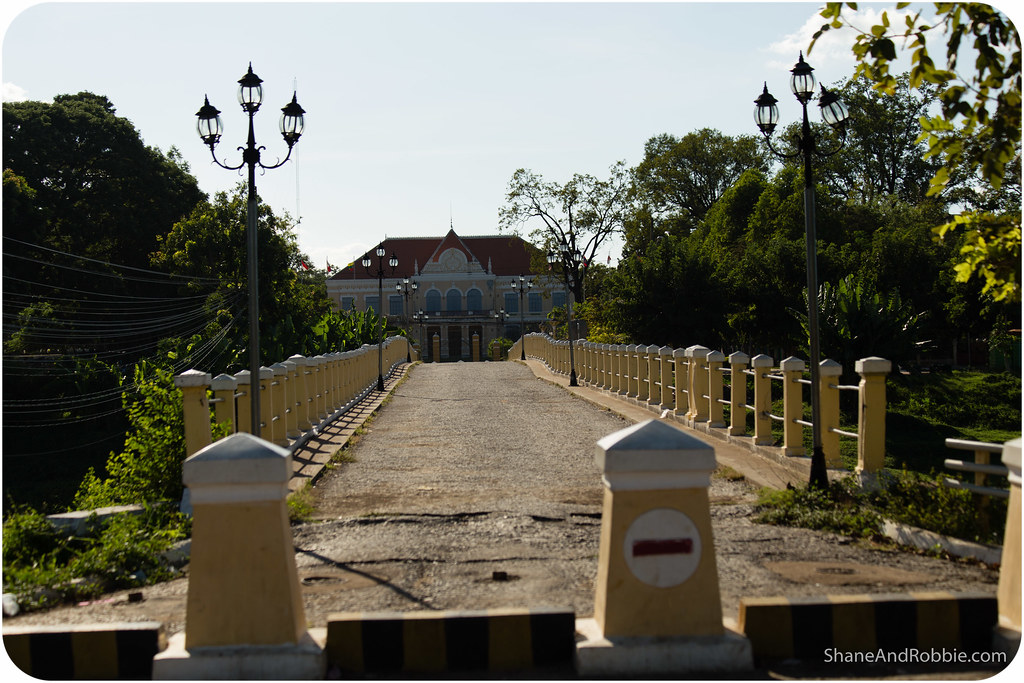 We also stopped by to visit one of the few remaining traditional Cambodian wooden homes in Battambang. Built long the banks of the Sangkae River, this “ancient house” (that’s how it was described to us) is one of the few traditional homesteads that survived the occupation of Battambang by the Khmer Rouge. The house was built in 1920 and exemplifies the architecture of colonial Cambodia, with a sturdy wooden frame and large wide verandahs surrounding the home of 3 sides. 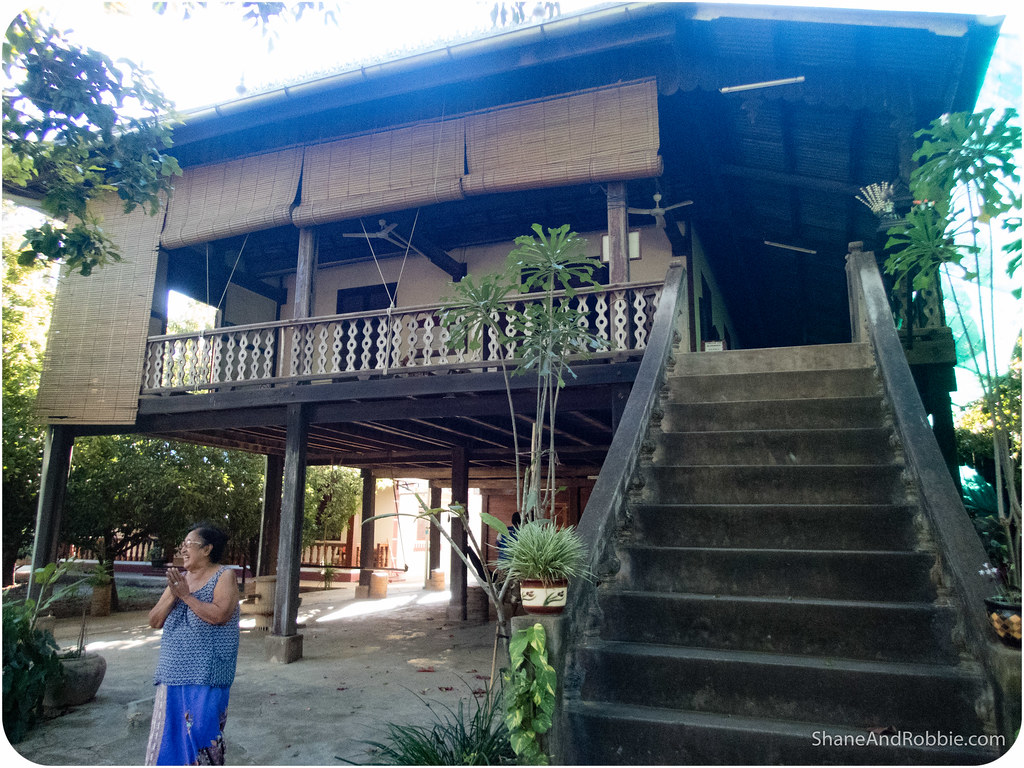 The home is still owned by the same family, with the grand daughter of the original inhabitants (who is now in her 70s) now the sole occupant. She has opened the house up for tourists to visit and maintains much of the home as a small museum, showcasing how the wealthy* of Cambodia would have once lived.
*The original patriarch of the family was a lawyer, hence the fancy house. 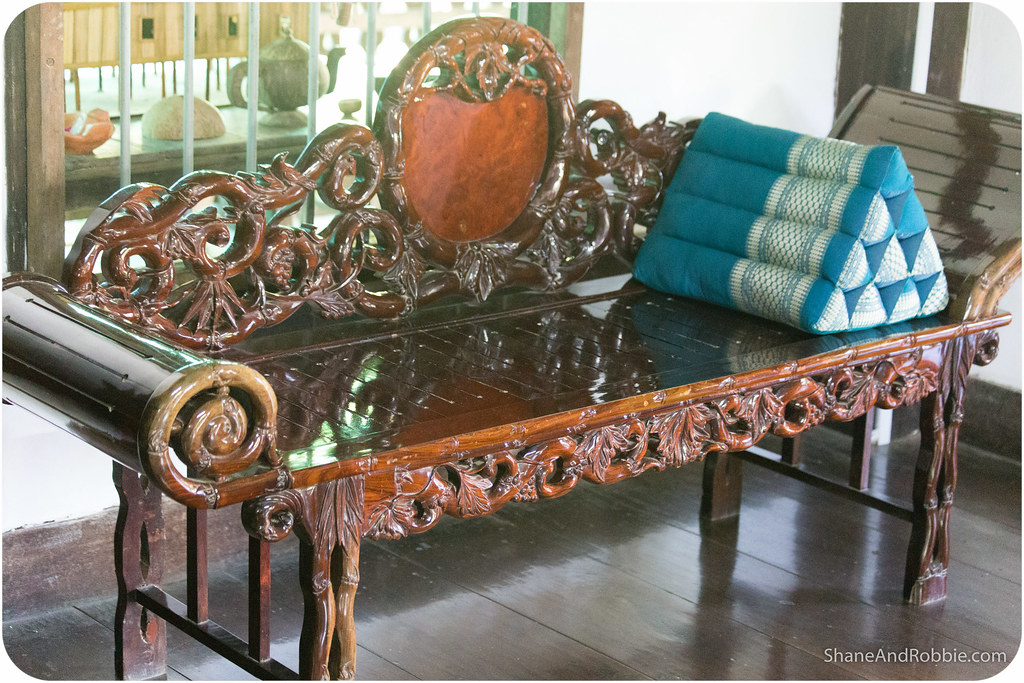 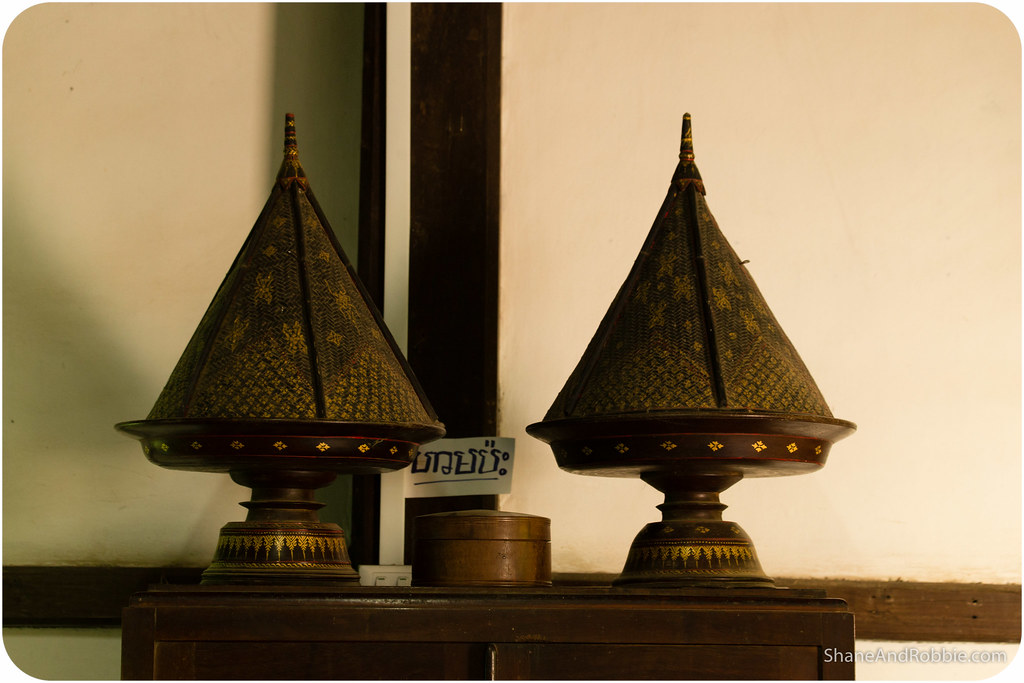 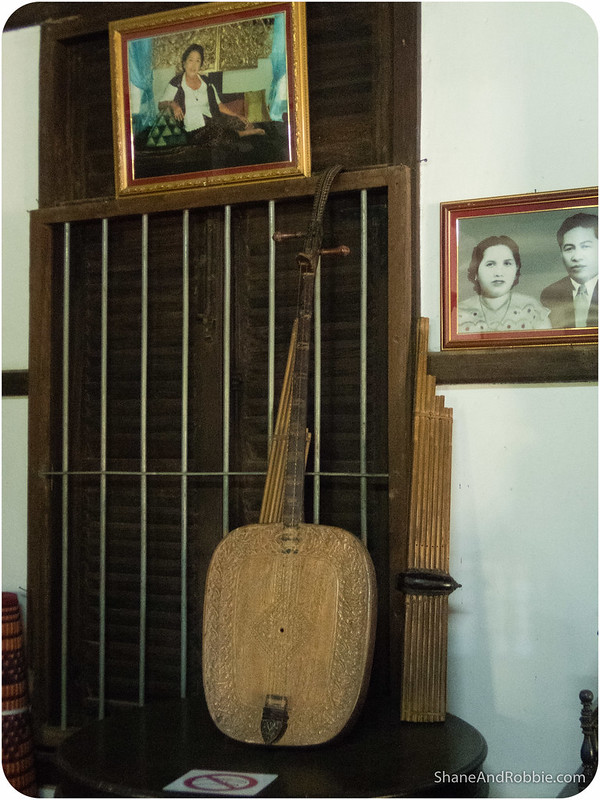 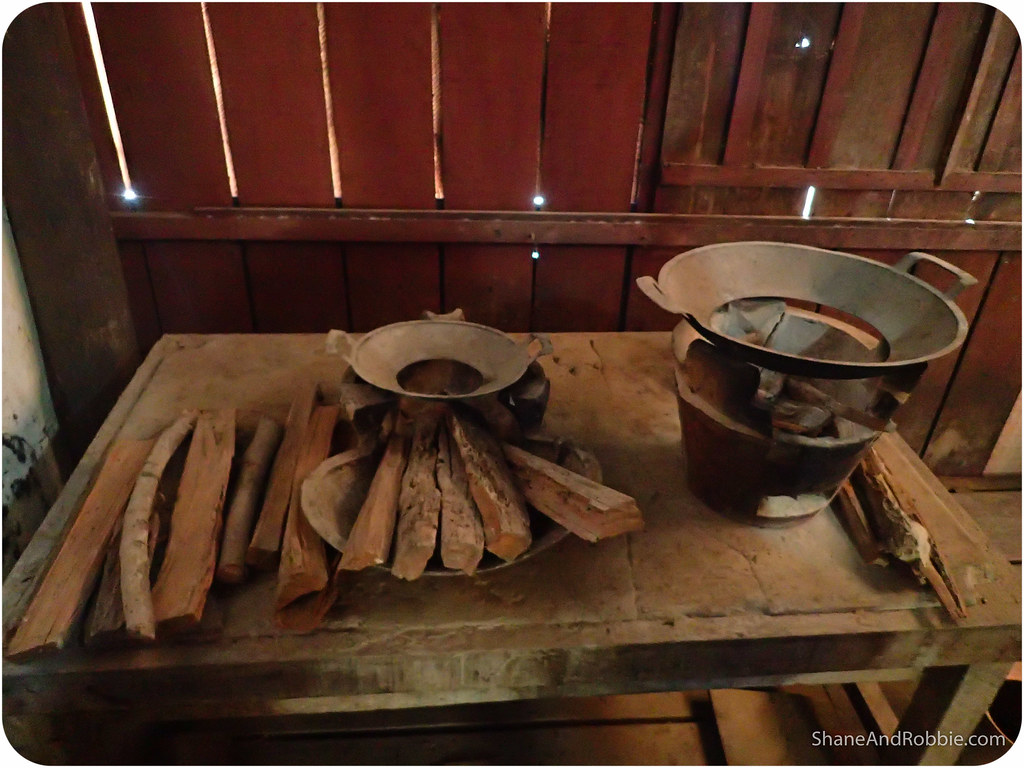 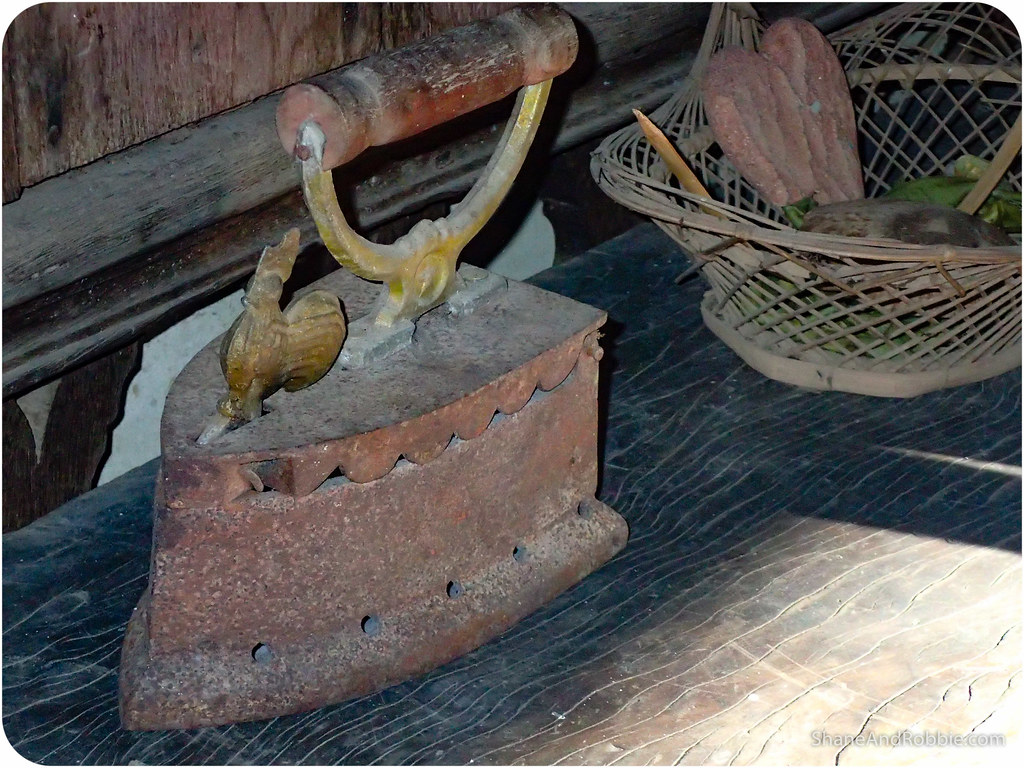 Our afternoon in Battambang wasn’t all that exciting, but it was still nice to see more of Cambodia and get more of a sense of how life is lived here. Certainly Battambang is quieter than Phnom Penh, and less touristy than Siem Reap – it’s really just an ordinary Cambodian town, filled with ordinary people hard at work. There’s still a beauty in this to us, however, because it’s in these ordinary towns that we get to see snippets of Cambodian life play out around us, and that’s a big part of the reason we’re here – to understand as much as we can about this country. 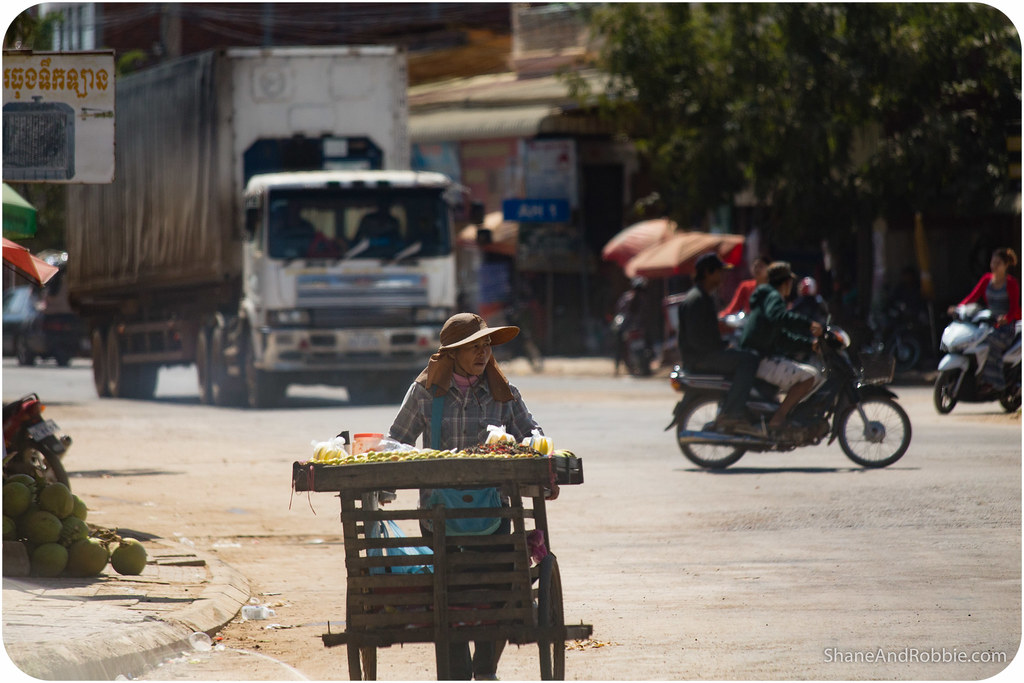 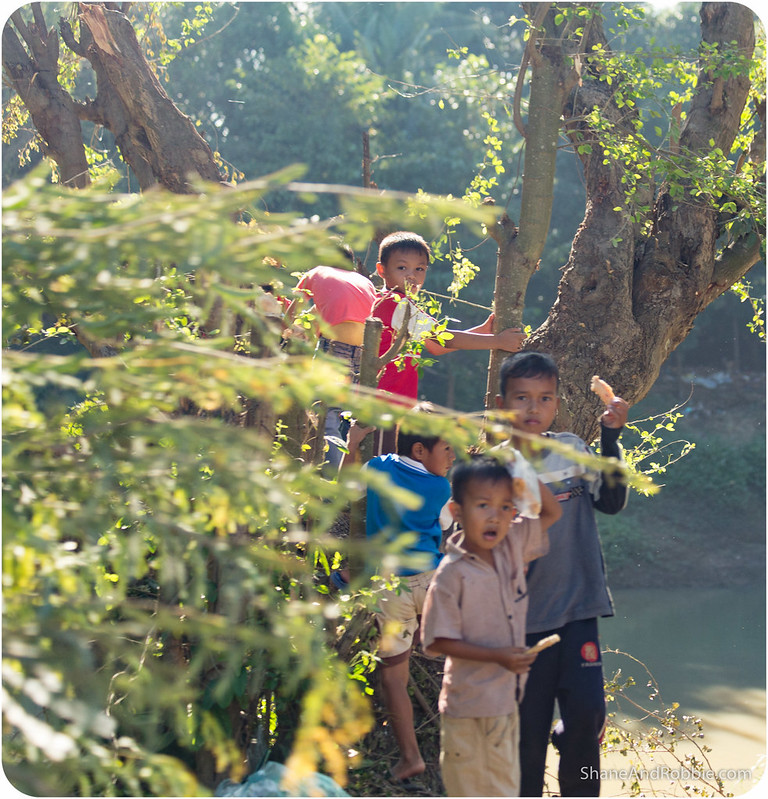 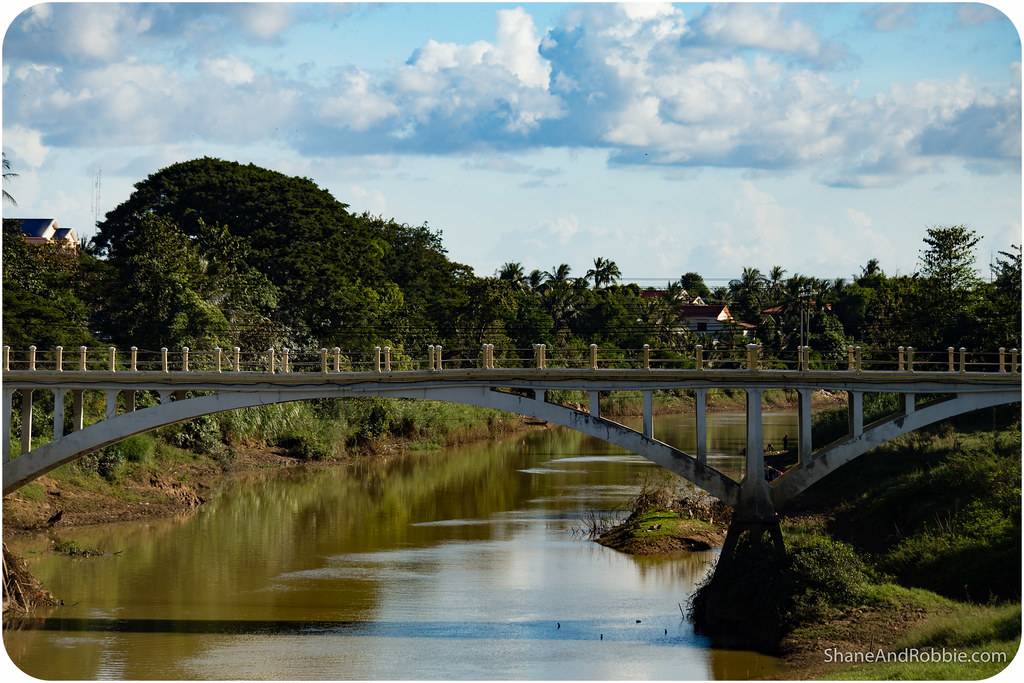 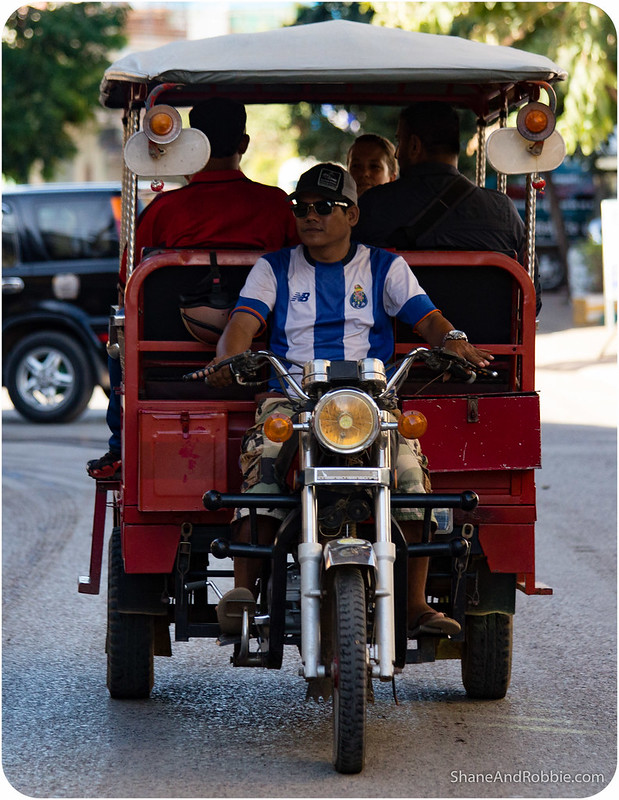 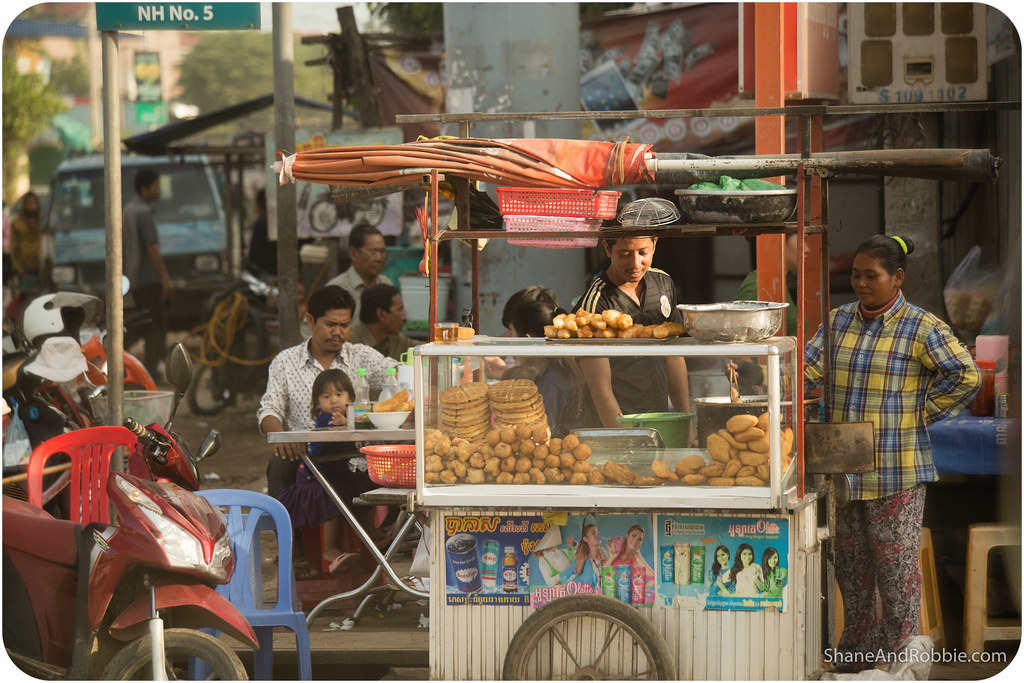 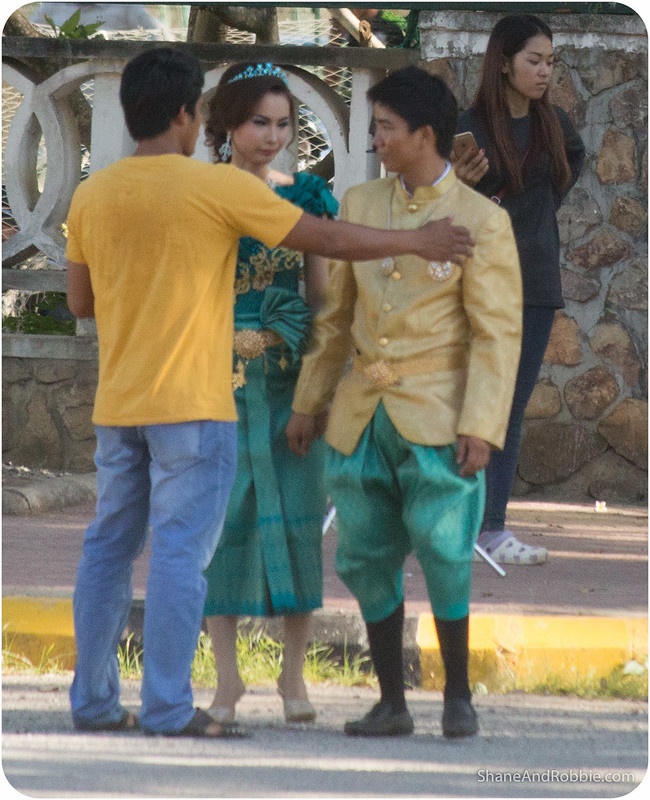 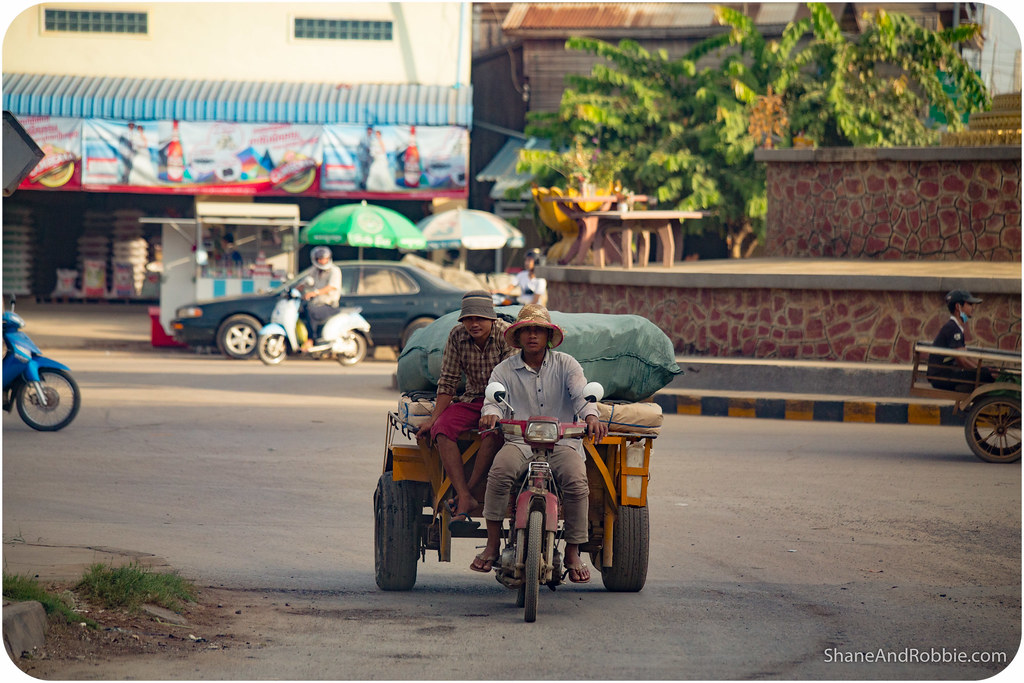 For now though we’re tucked into our bed, enjoying the air conditioning and preparing ourselves psychologically for yet another overland border crossing – hopefully tomorrow’s crossing into Thailand will be speedier than our last one out of Vietnam! Tune in tomorrow to find out… 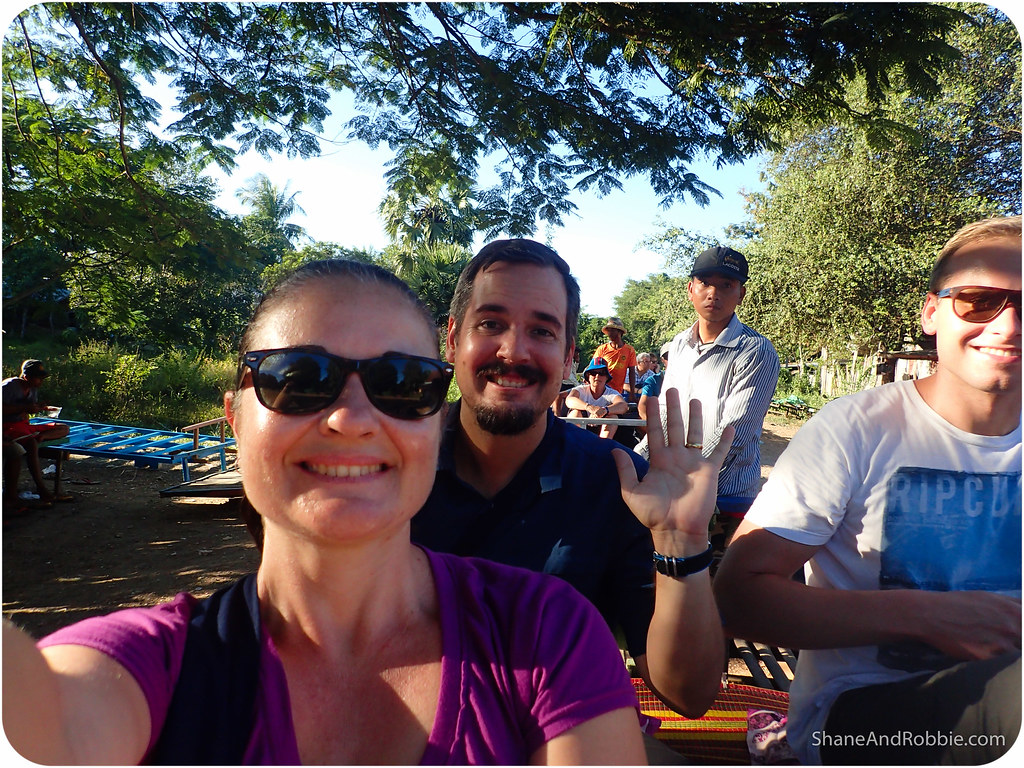