ANNA & THE KING OF SIAM

Of all the kings of Thailand, Chulalongkorn is the most respected – whilst in Thailand we’ve often seen his portrait alongside pictures of the current king and queen. Also known as King Rama V, this was the man whose diplomacy and willingness to embrace change saved Thailand from colonisation – a fate no other South East Asian nation was spared. He also abolished slavery, introduced freedom of religion, and brought the nation into the modern age. Thailand managed to keep its history, customs, and traditions alive thanks to the cunning of King Rama V, who traded chunks of the former Kingdom of Siam to France and Britain in exchange for his nation’s independence. On the way back to Bangkok today we visited Bang Pa In Palace, the very European looking summer palace built by King Rama V. 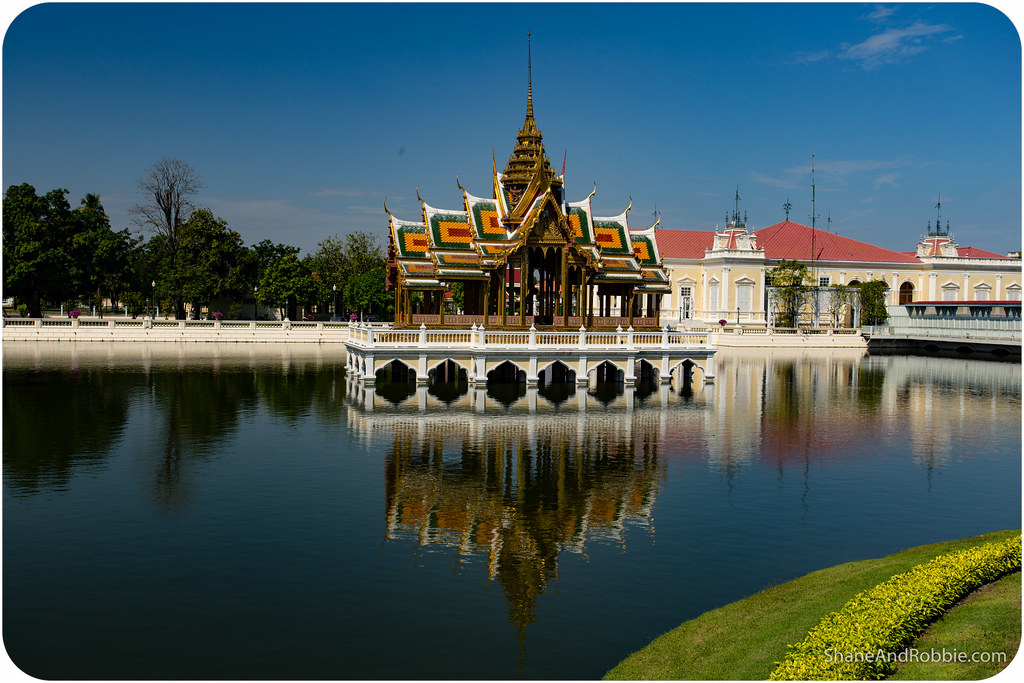 Bang Pa In Palace is built beside the Chao Phraya River, about half way between Ayutthaya and Bangkok. Originally built as a summer retreat by the then King of Siam in 1632, the palace complex fell into disuse and disrepair until King Rama V restored and rebuilt in in the late 1800s. Amidst the palace’s vast gardens and landscaping stand a number of grand buildings, most of them designed in a decidedly European style. Today the palace is only used occasionally for state functions rather than as a royal summer residence; it’s open for tourists to visit all year round however. 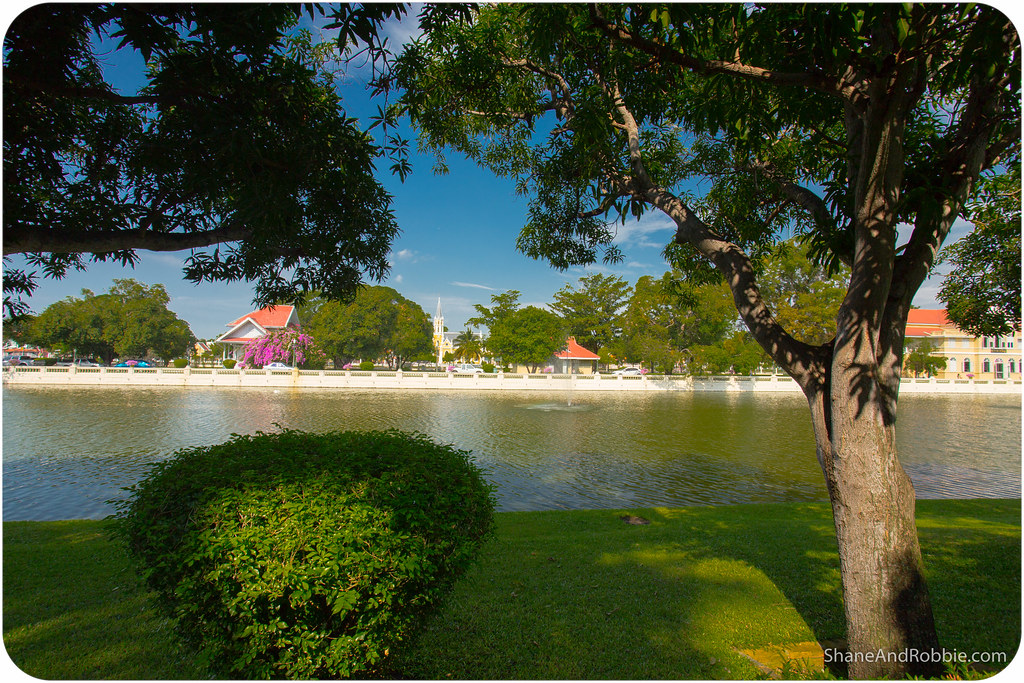 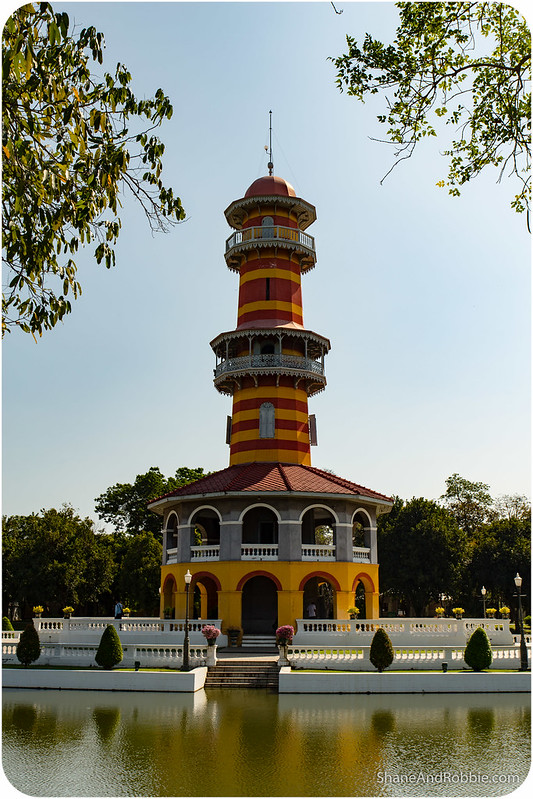 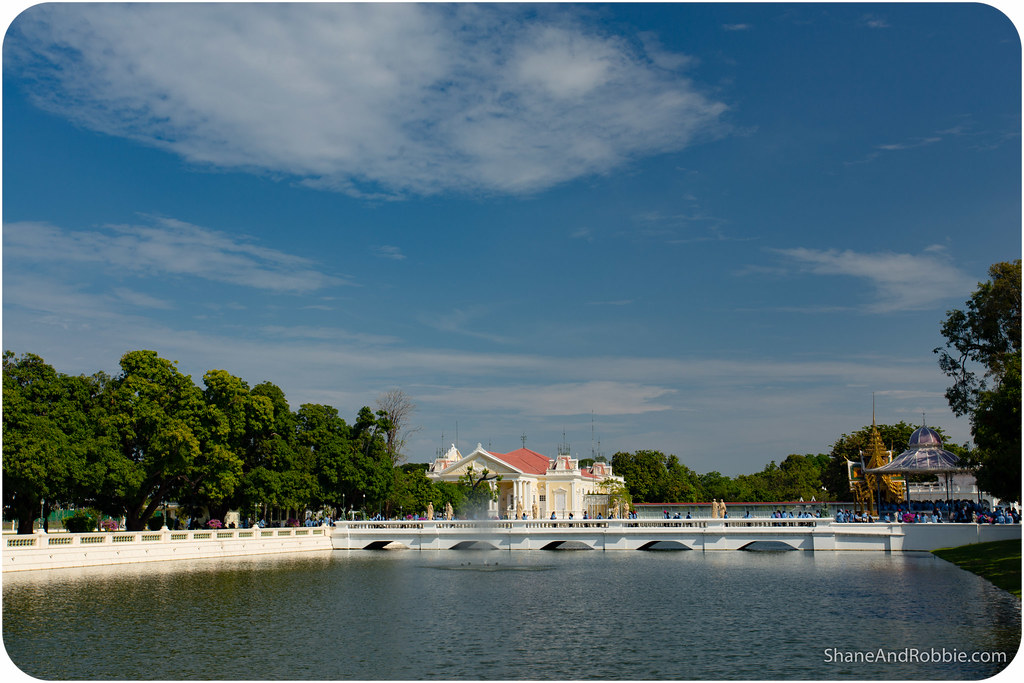 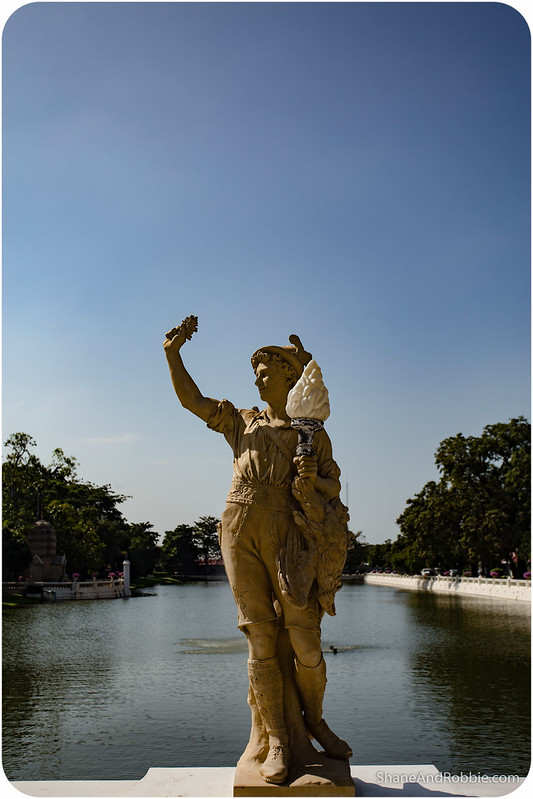 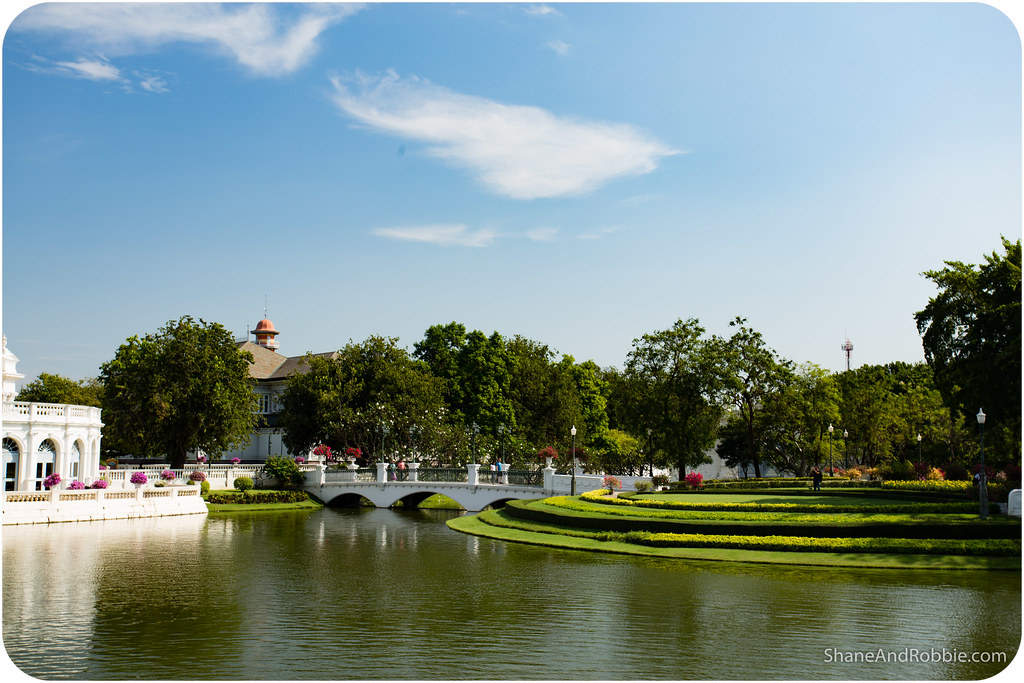 Only 2 buildings in the entire complex AREN’T built in a European style: the stunning pavilion called “The Divine Seat of Personal Freedom” and the Chinese built “Royal Residence of Heavenly Light”. Situated in the middle of an ornate artificial pond, “The Divine Seat of Personal Freedom” is an elegant Thai-style pavilion that houses a statue of King Rama V. 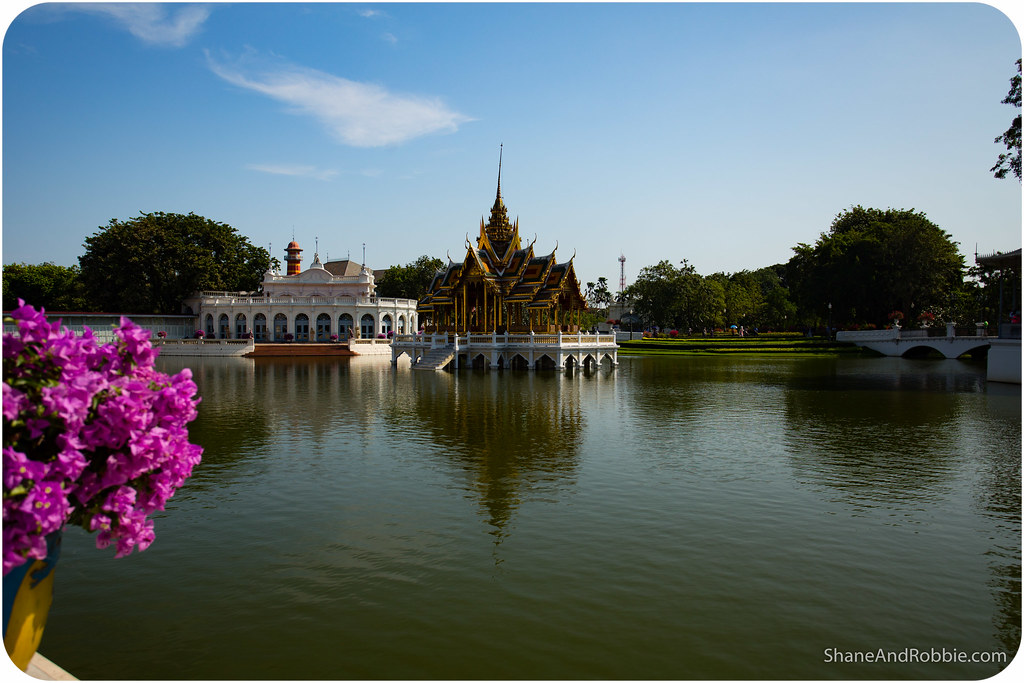 Perhaps the most interesting building in the complex, however, was “The Divine Seat of Personal Freedom” which was built in 1889 and gifted to the king by the Chinese Chamber of Commerce. Its ebony and red lacquer interior was richly decorated in auspicious Chinese symbols, and colourfully demonstrates how keen the Chinese were to maintain friendly relations with Thailand during the turbulent years of European colonisation in Asia. 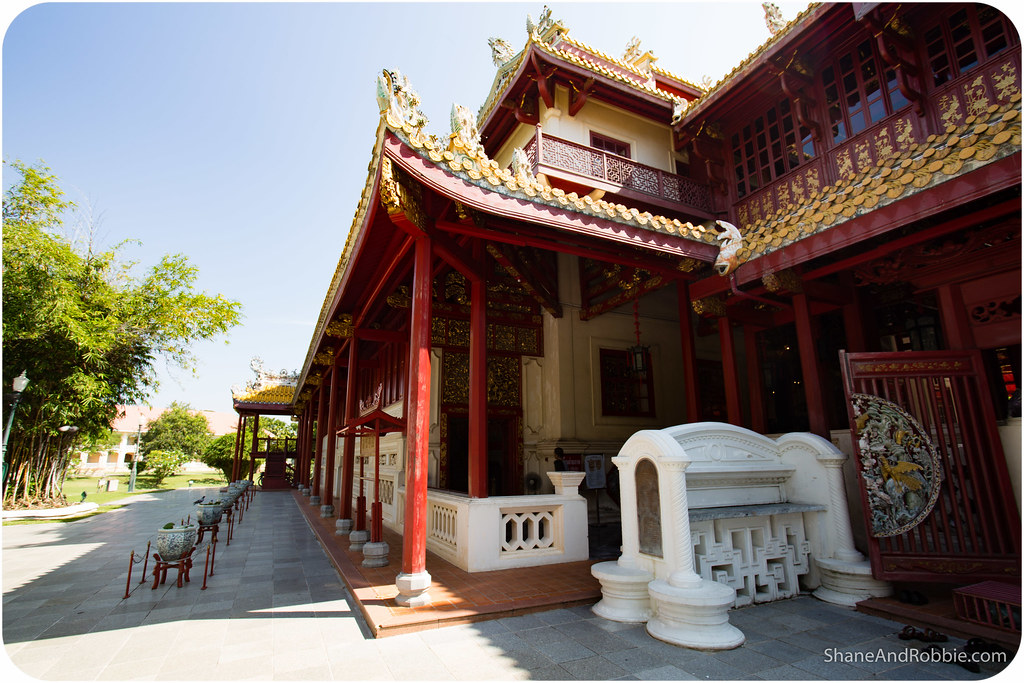 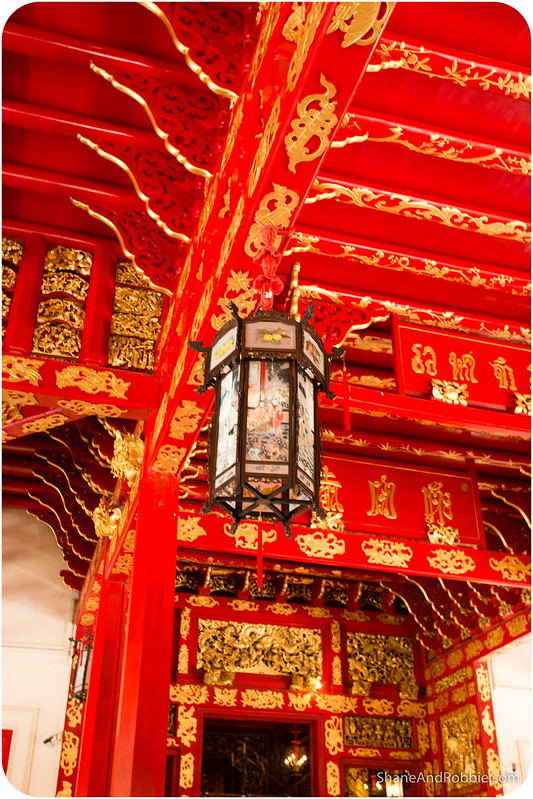 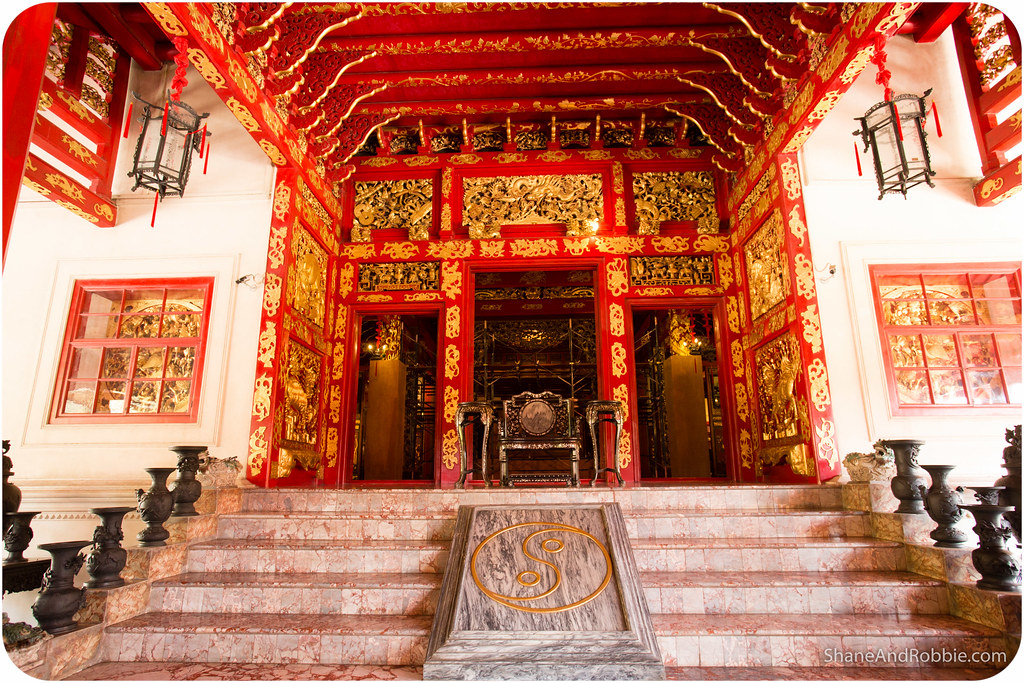 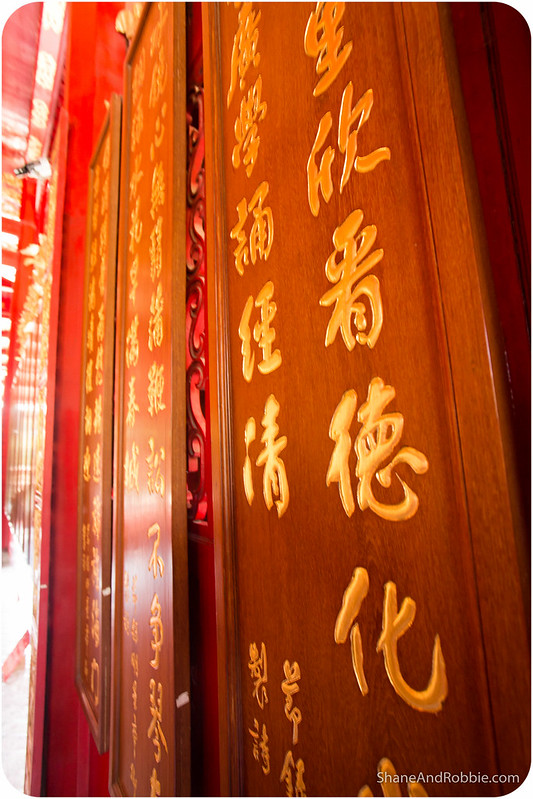 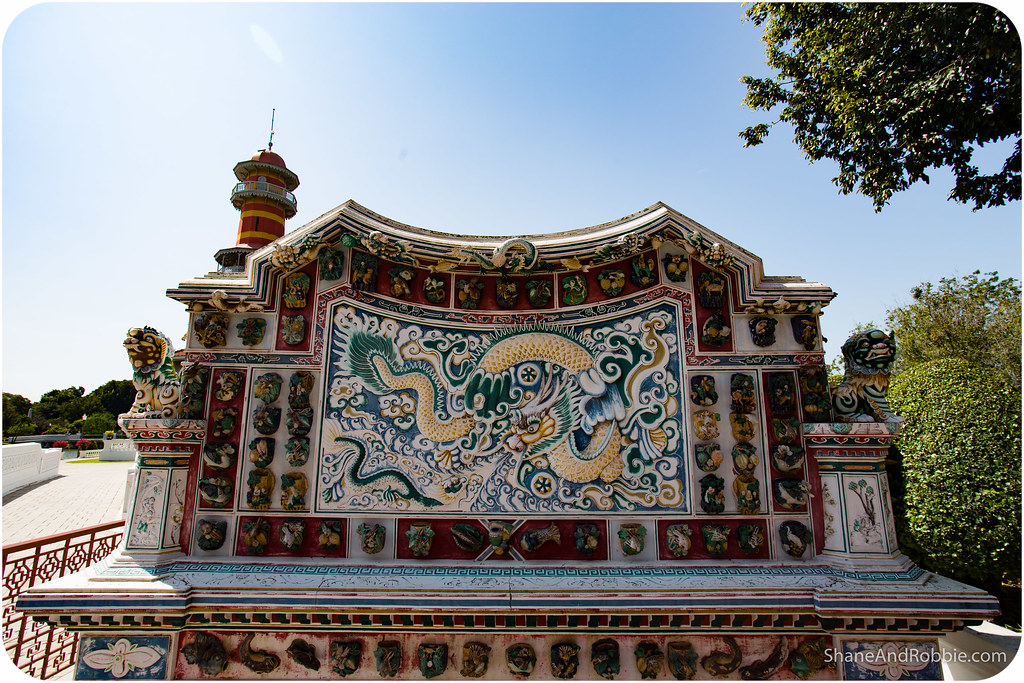 The palace itself was passingly interesting and we didn’t linger there long, though it was intriguing to find out about King Rama V and the role he played in Thailand’s history. As a side note, we also found out that King Rama V had a British nanny, hired by his father King Rama IV. The relationship between his nanny, Anna Leonowens, and King Rama IV was immortalised in the 1944 novel “Anna and the King of Siam” (which was derived from Anna’s own memoirs), and the subsequent Hollywood movie “The King and I”. Interestingly both the book and movie are banned in Thailand, though no one has been willing to tell us exactly why. Given that denigrating the king in any way is a criminal offence here, we haven’t pushed the subject or asked any further questions on the subject. Suffice to say King Rama IV did a good thing hiring a European nanny for his son, paving the way for an independent Thailand. 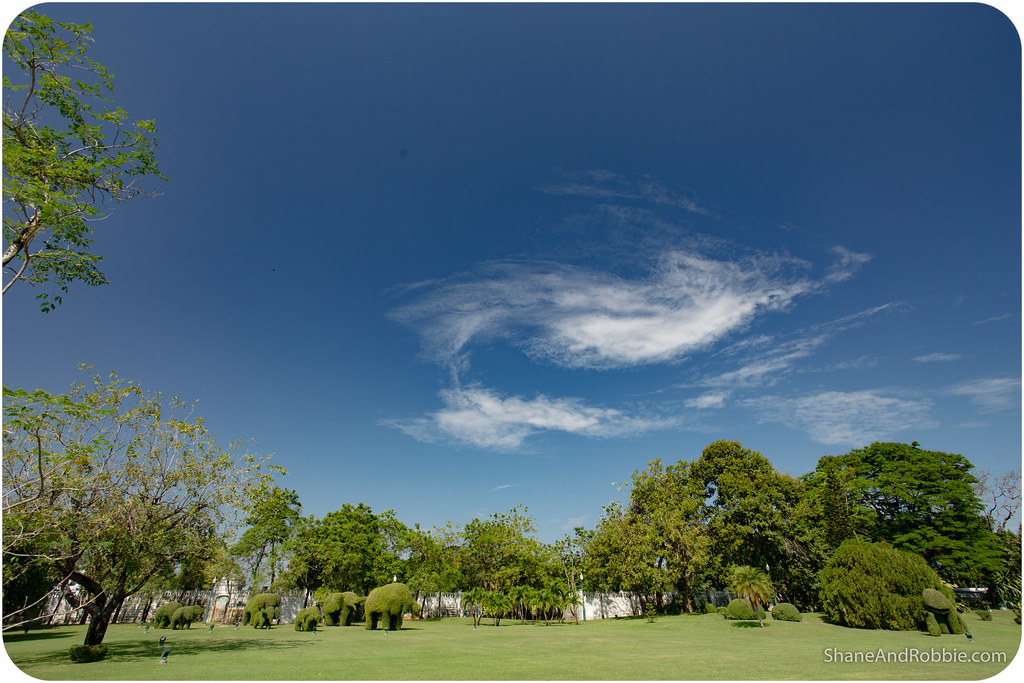 We arrived back in Bangkok in the early afternoon, after a short drive down the freeway from Bang Pa In Palace back to the city. We had organised a day room at a hotel in the city and spent the afternoon relaxing and catching up on admin stuff, preparing for our third and final overnight train trip in South East Asia*. We caught a tuk tuk to Hualamphong Station, marvelling at the decorations strung out along the streets for the week-long King’s birthday celebrations.

*Can’t say we love them, but we’ve certainly become familiar with the feeling of being rocked and rolled to (semi) sleep as the train takes us cross-country! 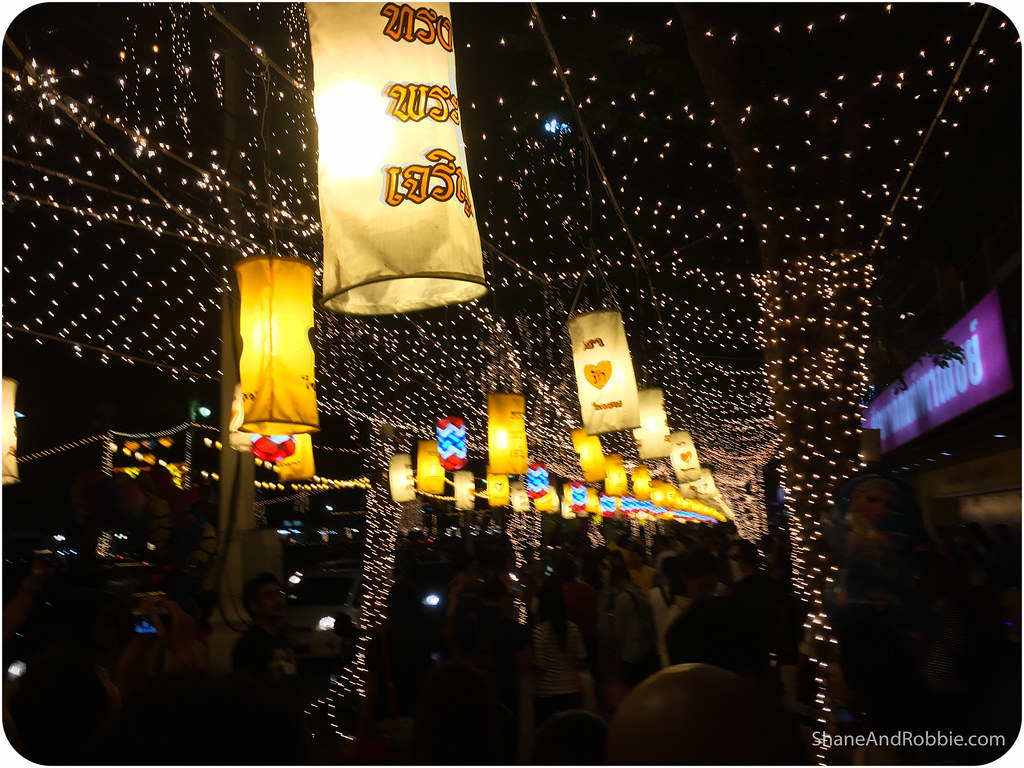 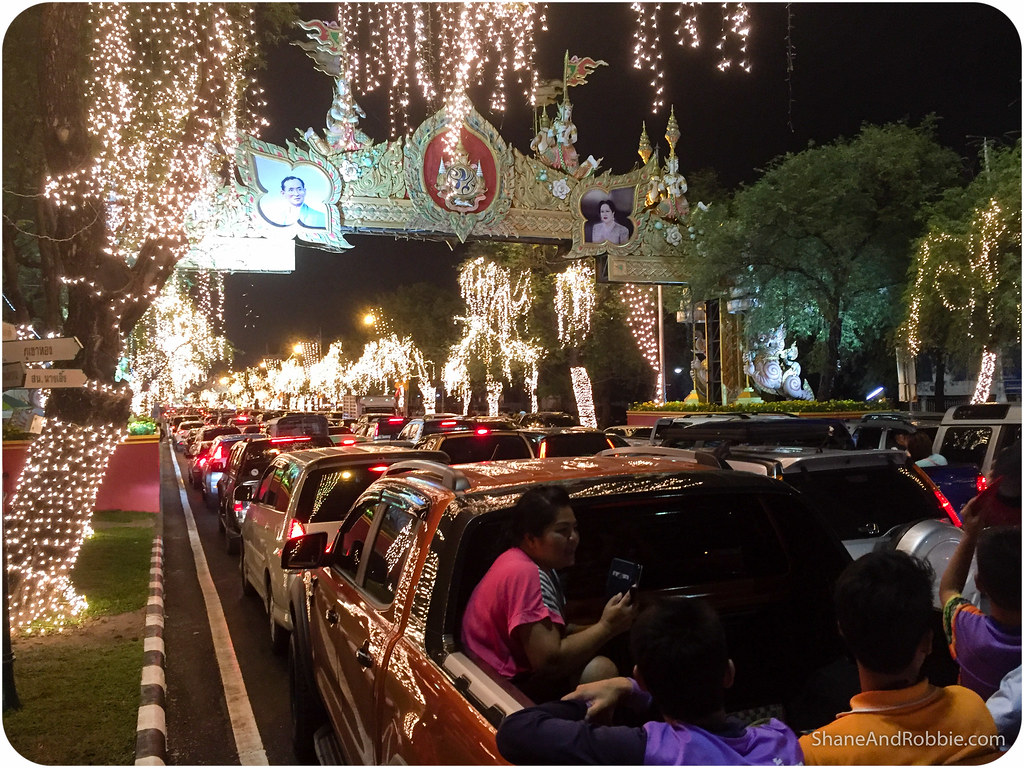 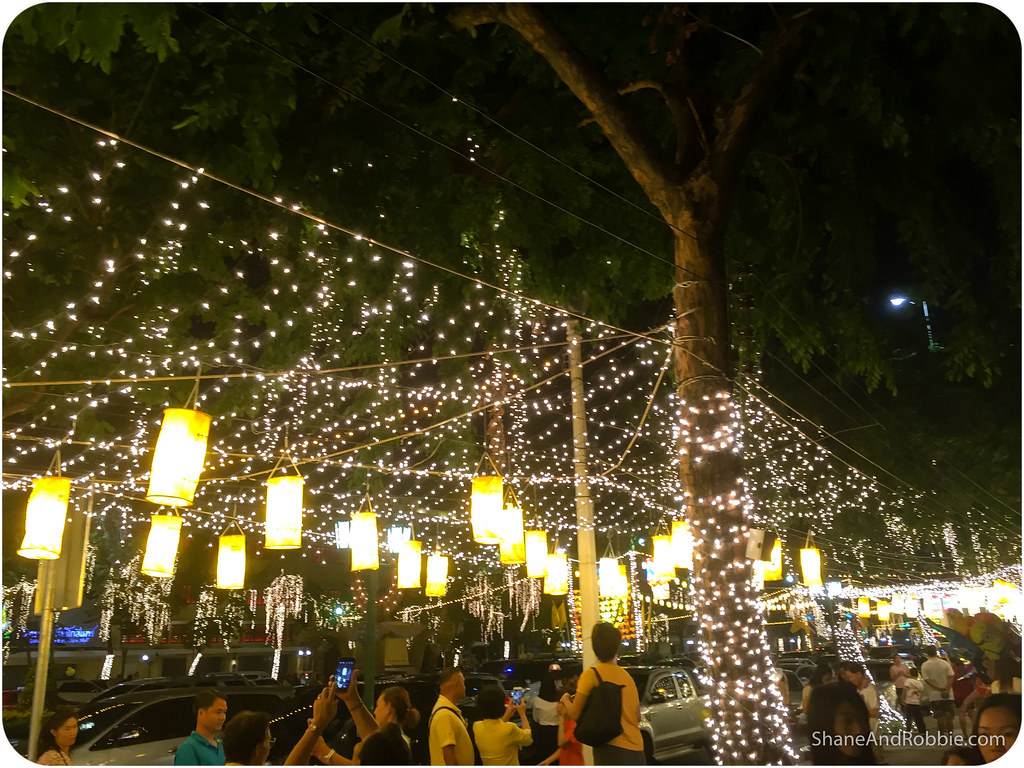 Our train left at 7:30pm, right on time, and we’re now comfortably settled in our respective bunks (Shane drew the short straw and got the top bunk… again!) after another wonderful Thai train dinner. This time we’re heading South, down to Surat Thani and then across to the jungle splendour of Khao Sok National Park and then on to the beautiful beaches of Thailand’s Andaman Coast. Join us tomorrow for our first impressions of Southern Thailand! 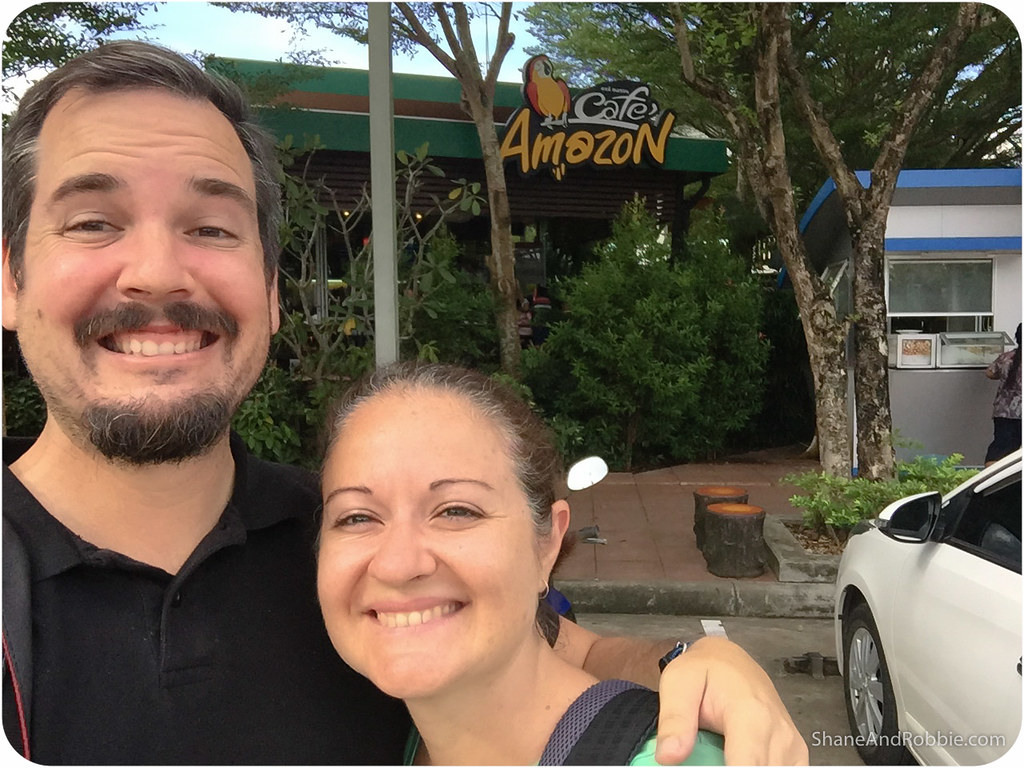