OUR FIRST TIME IN K.L.

Kuala Lumpur means “muddy river confluence” in Bahasa Malay; a rather ignominious name for such modern, shiny city in our opinion! The moniker no doubt suited the town more when it was a small, sleepy tin-mining village, situated at the (then muddy) confluence of the Klang and Gombak rivers. Today KL is a bustling metropolis of around 7 million; a cultural melting pot where Malaysia’s indigenous, Chinese, Indian, and colonial heritage can be seen, smelt, and enjoyed – which is exactly what we did today!

We arrived in KL early in the afternoon, after an eventful 6 hour bus journey from Penang. We left Georgetown just as the first light of day was painting the sky orange and drove through lots of jungly, green terrain on our way South to Malaysia’s prosperous capital city.

Amazingly Kuala Lumpur is only about 160 years old – the town was established in 1857 as a tin mining settlement. Although the early miners suffered high death toll due to the malarial conditions of the jungle, the mines were successful and spurred the growth of the town. Its prosperity and location half-way down the Malay Peninsula prompted the British, in 1896, to declare Kuala Lumpur the capital of the newly formed Federated Malay States. As with other parts of Malaysia, KL soon became home to a mixture of different communities – the Chinese settled in the areas East of the Klang River; the Malays and Indian settlers resided along Java Street (now Jalan Tun Perak); and Padang became the British colonial district. Each of these districts retains something of its ethnic origins, which gives KL a really interesting multicultural, urban vibe. 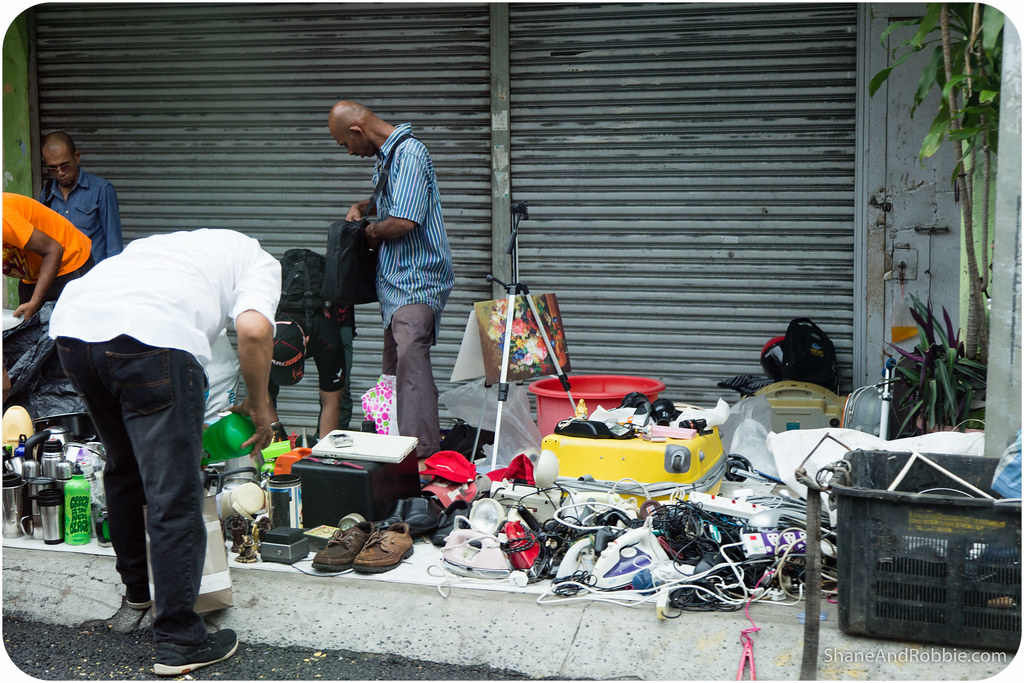 We’re staying East of the Klang River, in the original Chinatown district. It’s a busy area, but one filled with exotic sights and smells. It’s also one of KL’s premier shopping destinations, with market stalls and craft markets the order of the day.

With just a few hours of daylight left, we decided to start our explorations of KL at the Central Market. Originally a wet market, this central market place was converted into an arts and crafts centre in 1986 and today houses numerous shops that sell a wide variety of colourful and unique Malaysian products.

From the Central Market it was a short stroll to Chinatown and Petaling Street, one of KL’s most famous touristy spots.

Lined with street vendors and food stalls, Petaling Street was just starting to get busy when we got there. There were hundreds of stalls offering all kinds of goods, including a wide variety of “genuine fake” designer handbags, watches, and clothes.

We had a great time strolling the streets and admiring the array of T-shirts, souvenirs, bags, jewellery, and food for sale. 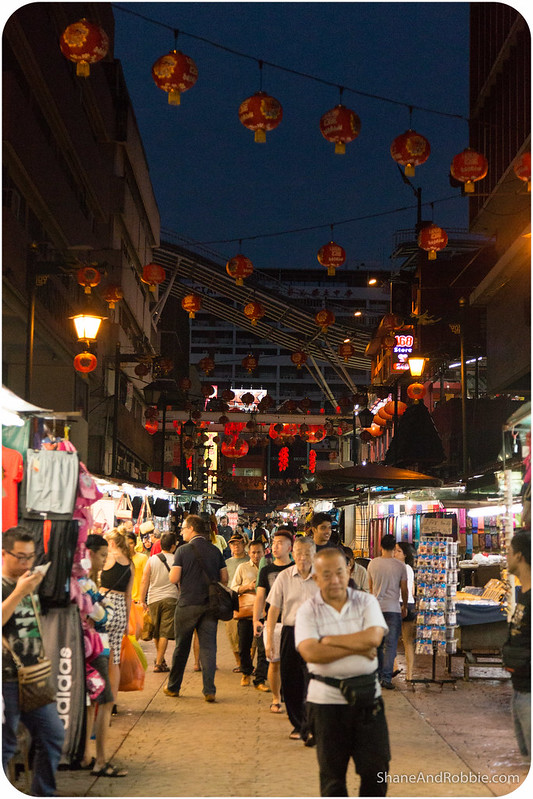 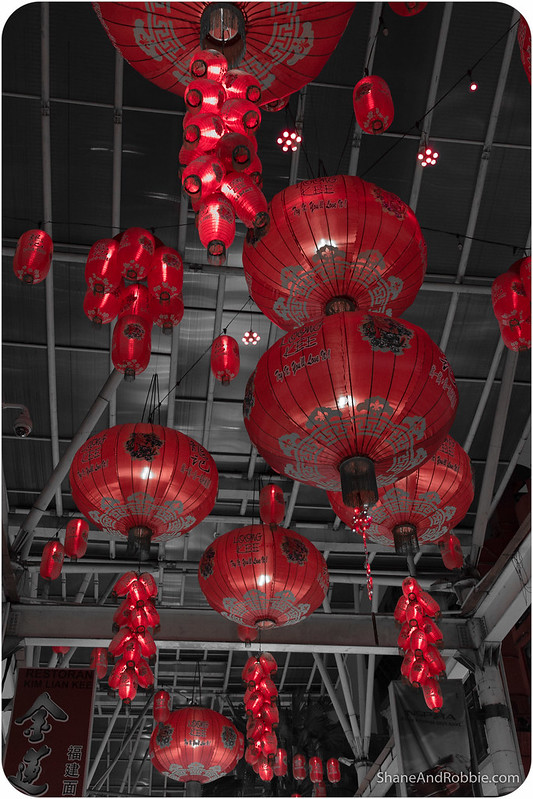 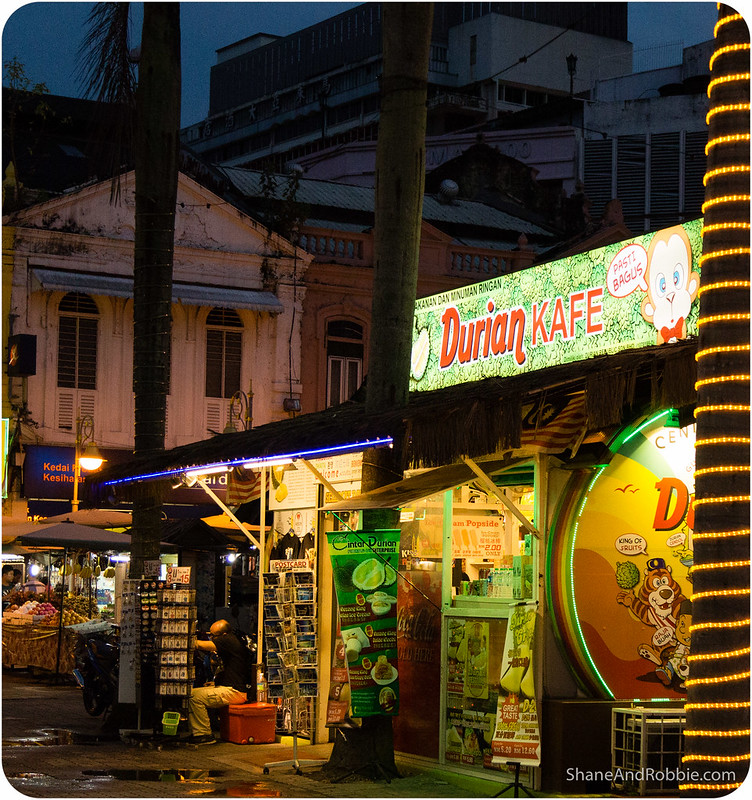 As the sun set and the sky darkened, things just got livelier and more colourful – especially once the street lamps and lanterns were lit up. 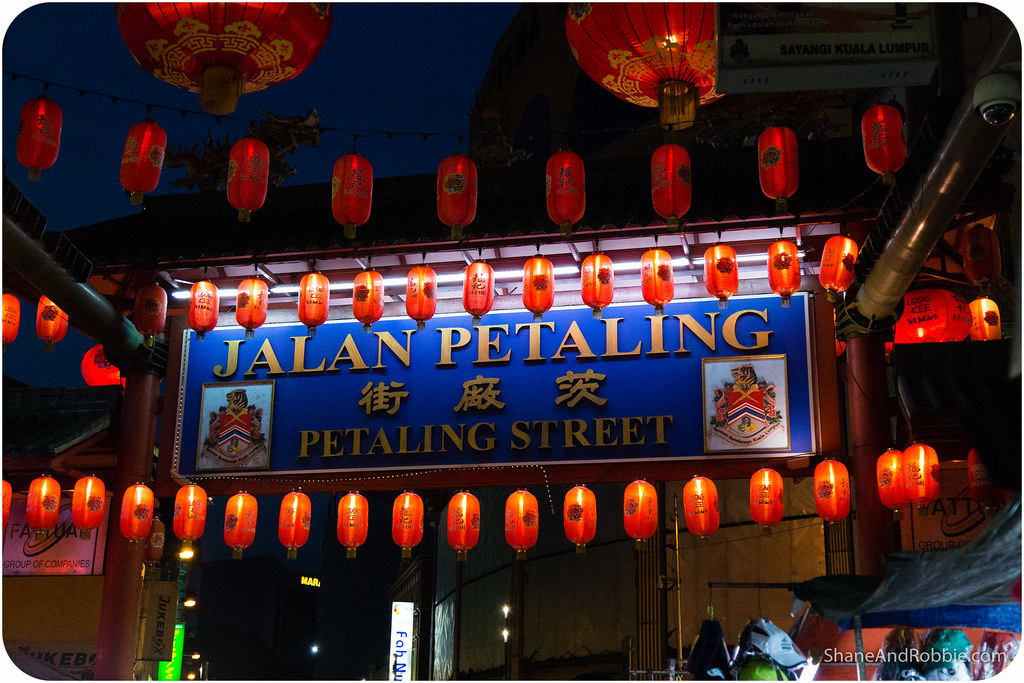 For dinner we found ourselves back at the Central Market where we’d been recommended to search out “Precious”, a local restaurant that specialises in nonya cuisine. 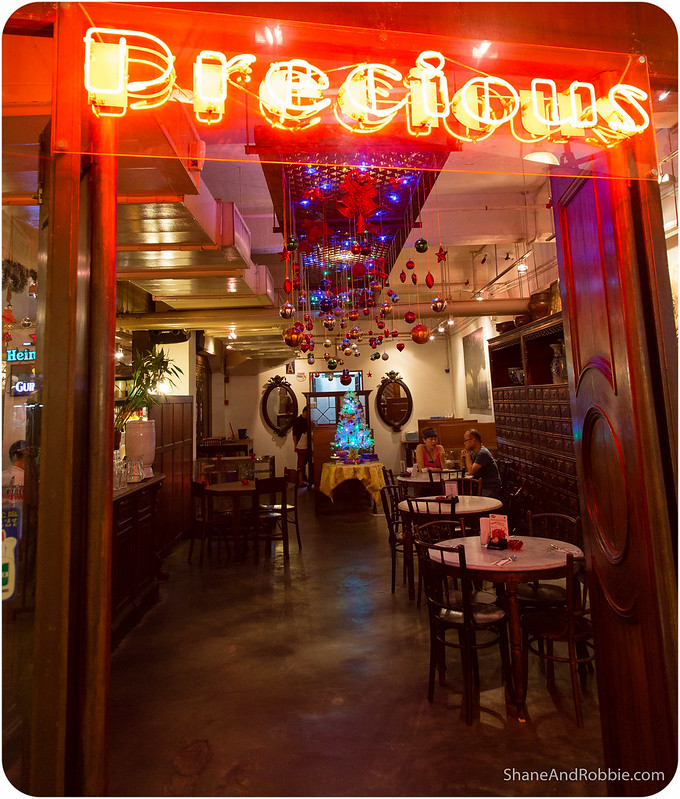