Following yesterday’s successful outing to see Yashima-ji we decided to venture a little further afield and visit 2 more of Shikoku’s pilgrimage temples: Zentsu-ji and Konpira-ji. Both were impressive in their own way – Zentsu-ji for its sheer size and scale and Kompira-ji for its epic natural setting and the 1,368 steps* we climbed to get there.
*That’s a lot of steps by the way. A LOT. Especially for 2 cream puffs who just climbed a mountain yesterday! 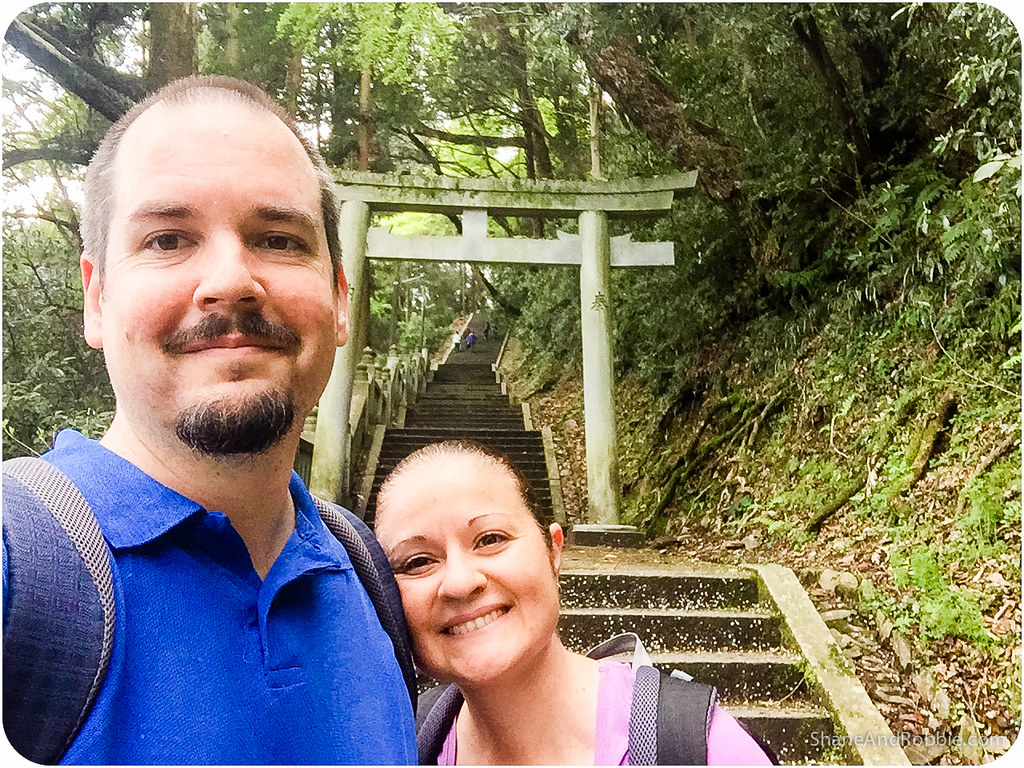 First stop of the day was the small village of Zentsu, about 45 minutes by train from Takamatsu. The train we caught to get there was a tiny, 2 carriage local one full of school kids and elderly Japanese people going about their morning business. Even though the train was pretty packed, we got a whole 4-seat-section to ourselves thanks to what we euphemistically call “The Gai-jin Effect”*.
*The Gai-jin Effect: When being a foreigner makes you stand out so much in Japan that you become either a source of covert fascination (the Japanese would never be so indiscrete as to stare at you openly), a source of abject terror (who knows what wierd questions you might ask or what horrendous faux pas you might commit next?!), or a potential English language buddy (we’ve had some great conversations with a few brave Japanese kids and retirees looking to practice their English). On public transport it generally means you’re given a wide berth – people will sit ANYWHERE but near a gai-jin. Or is it just us? Maybe we should start bathing more often and doing some laundry…. 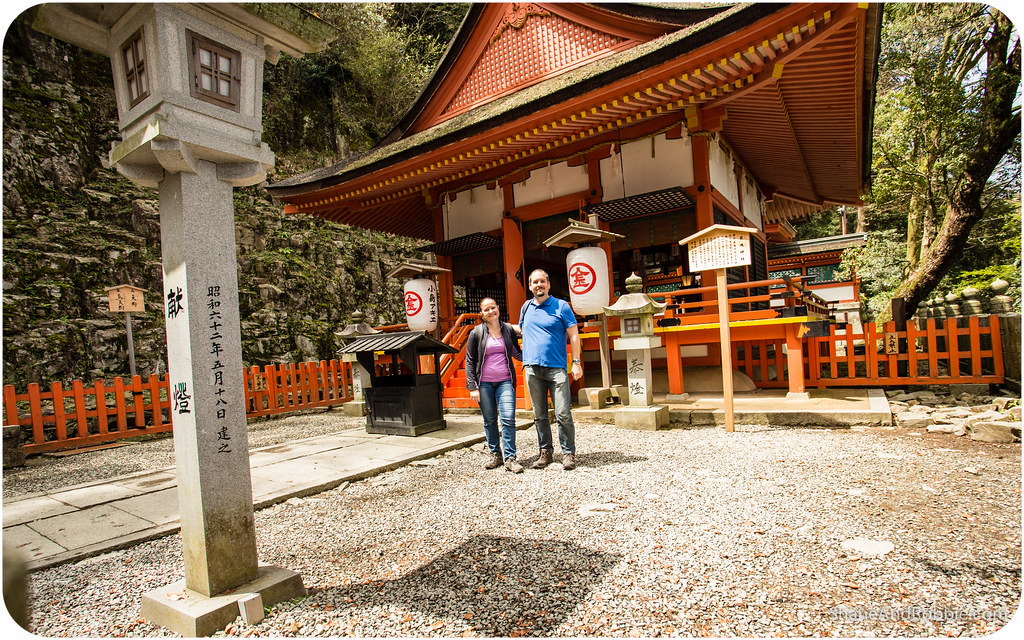 Arriving in Zentsu we headed off towards the temple named after the town. Of all the temples on the Shikoku Pilgrimage this is one we were told not to miss as it is particularly epic. We were not disappointed; Zentsu-ji is huge, and beautiful. 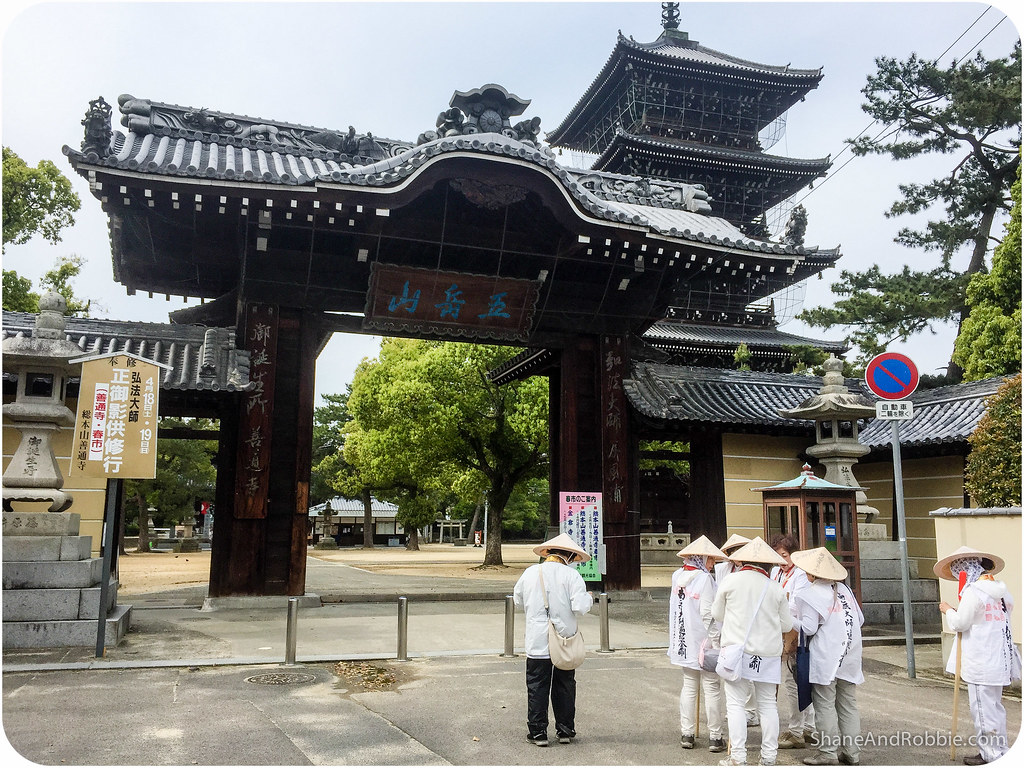 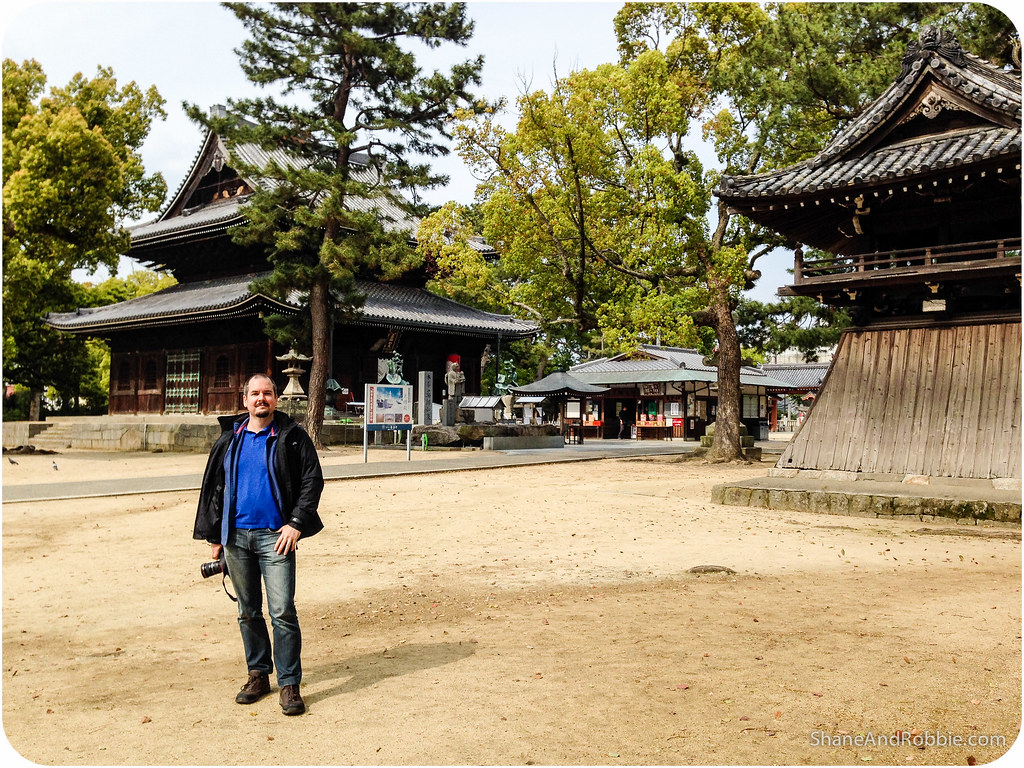 The temple grounds cover an area of about 45,000 square meters and was originally built in the 8th century, with additional halls and the large pagoda added in the 17th and 18th centuries. 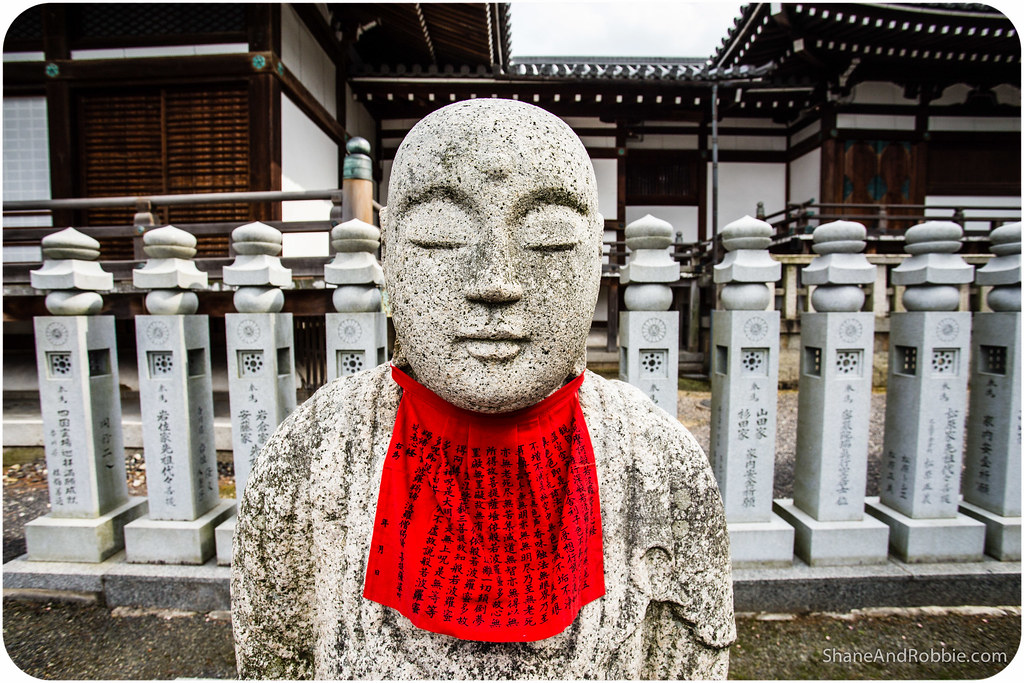 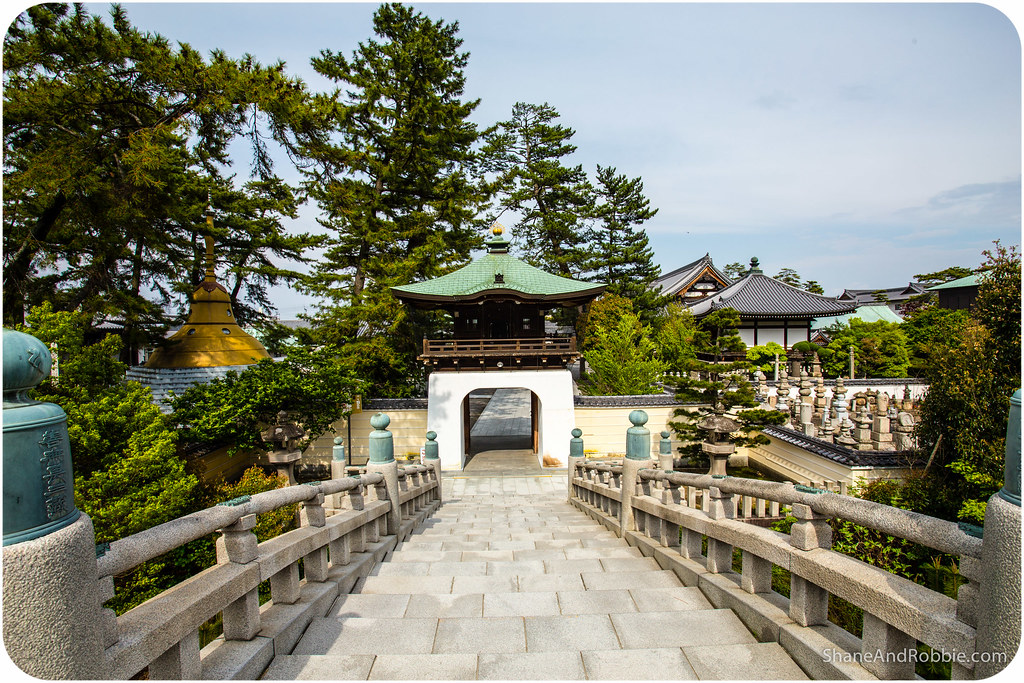 Zentsuji Temple is the 75th temple on the Shikoku Pilgrimage and is built at the birthplace of, Kobo Daishi. Given how revered Kobo Daishi is in Japan, it makes sense that the temple built at his birth place would be so grand. 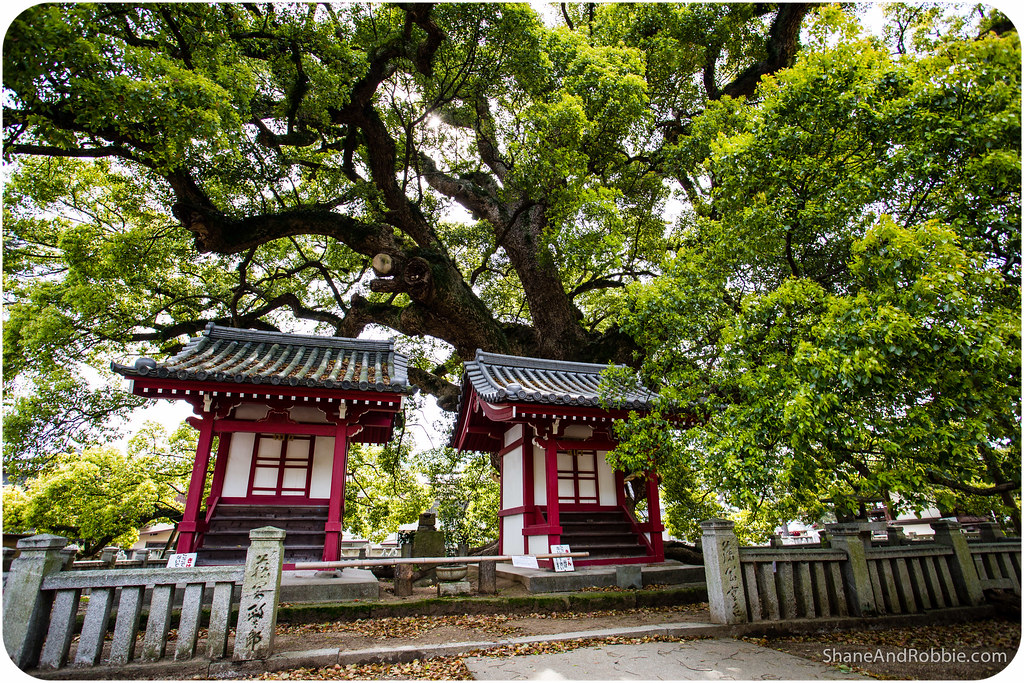 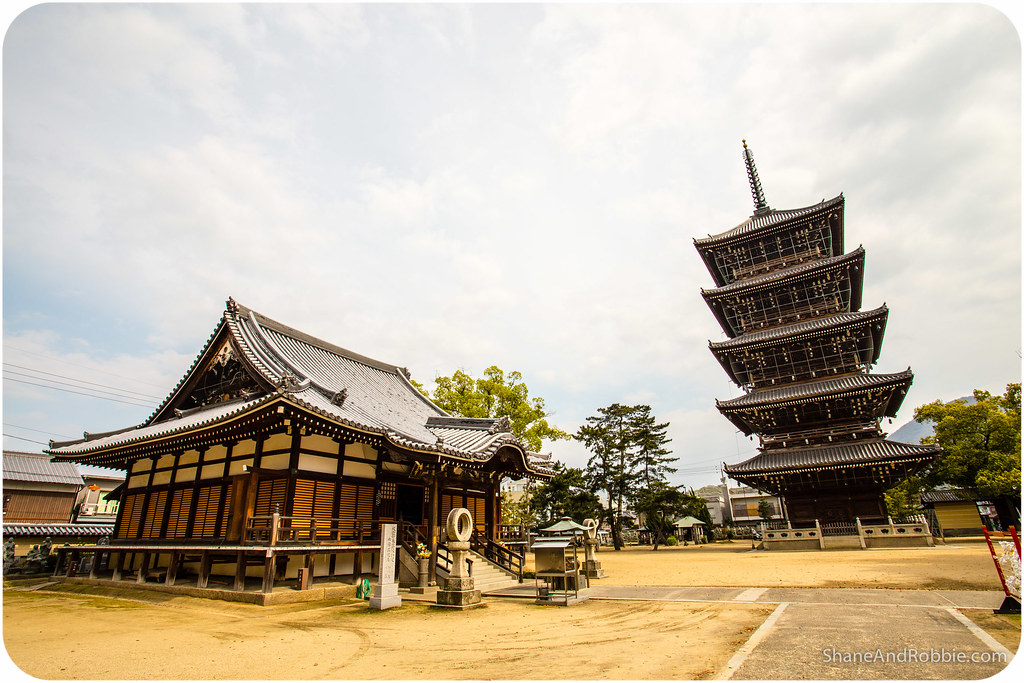 Having explored the extensive grounds of Zentsu-ji we then hopped back on the train and continued on to the village of Kotohira, the location for our next temple discovery. 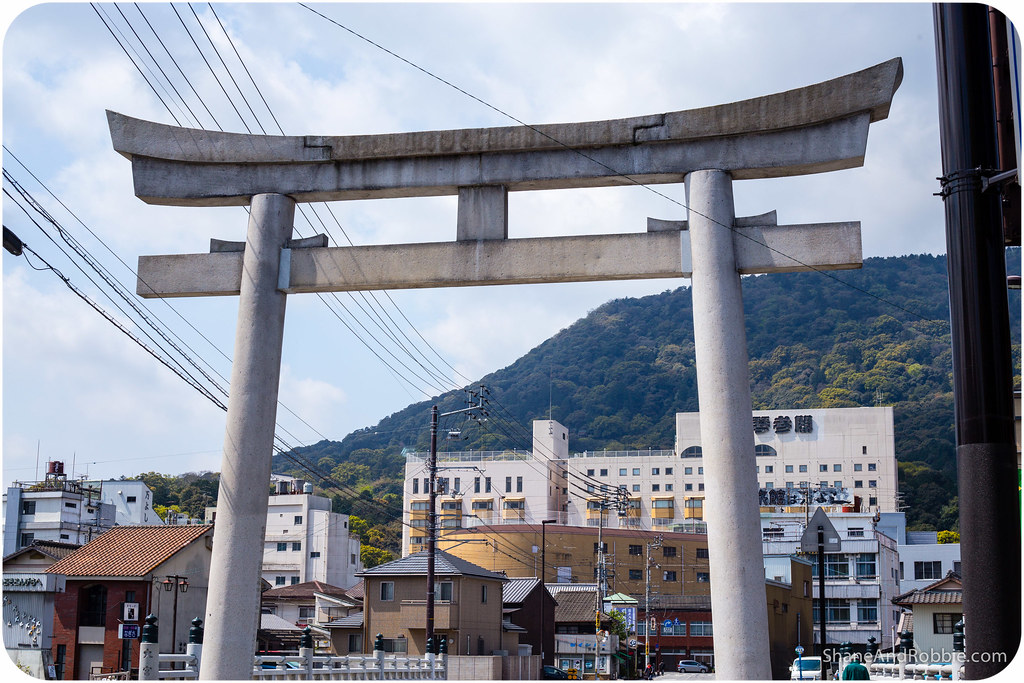 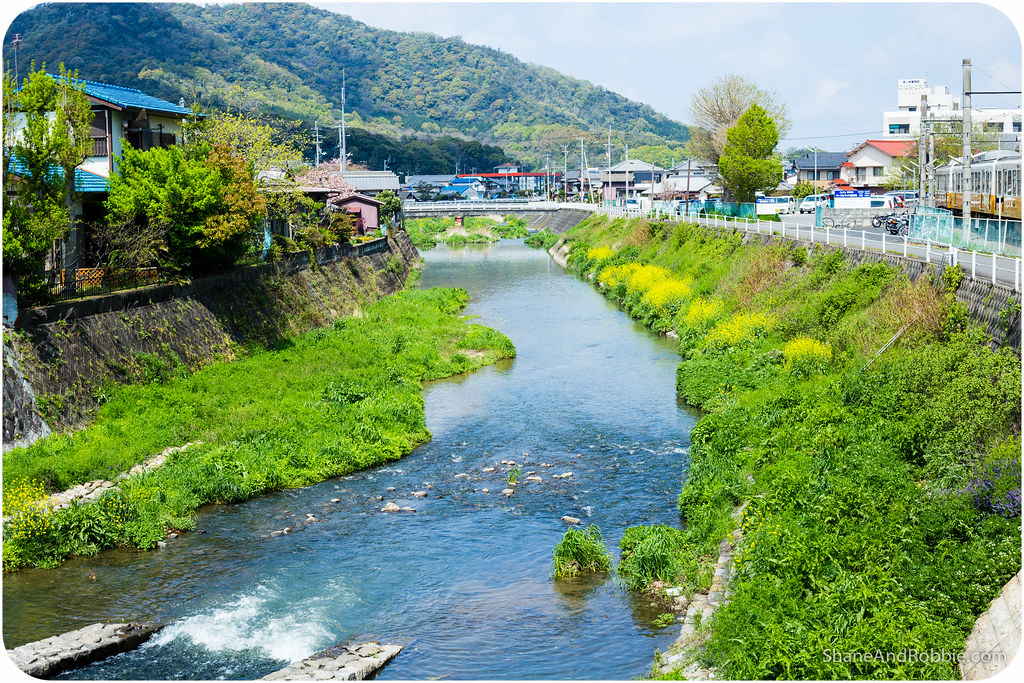 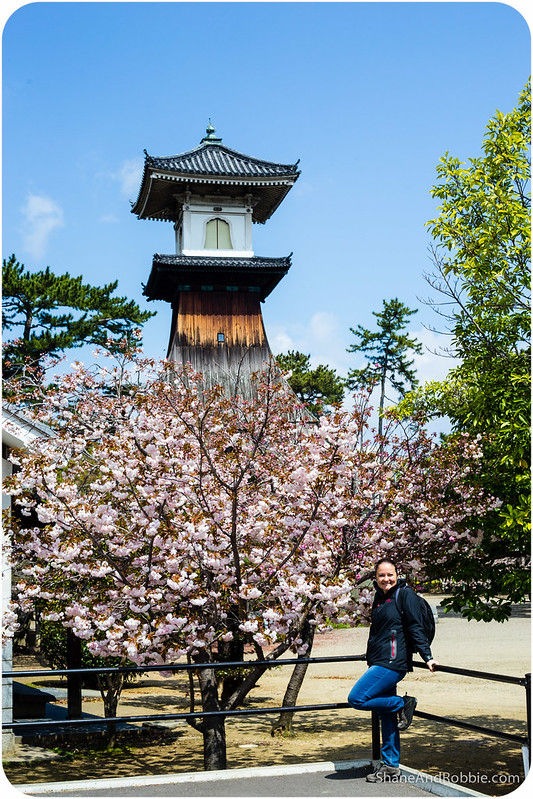 Just outside Kotohira, set against the leafy back-drop of Mt Zozu, is Konpira-ji (i.e. Konpira Temple). This temple is famous for its natural setting and for the steep ascent required to visit it (like we said yesterday: Japan is full of UP). 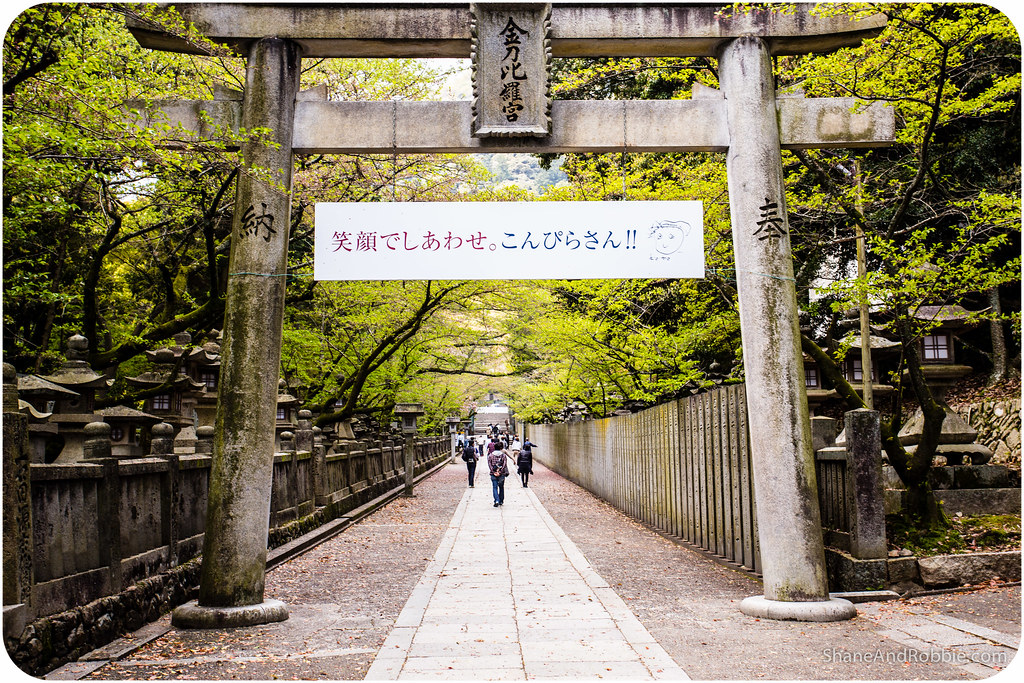 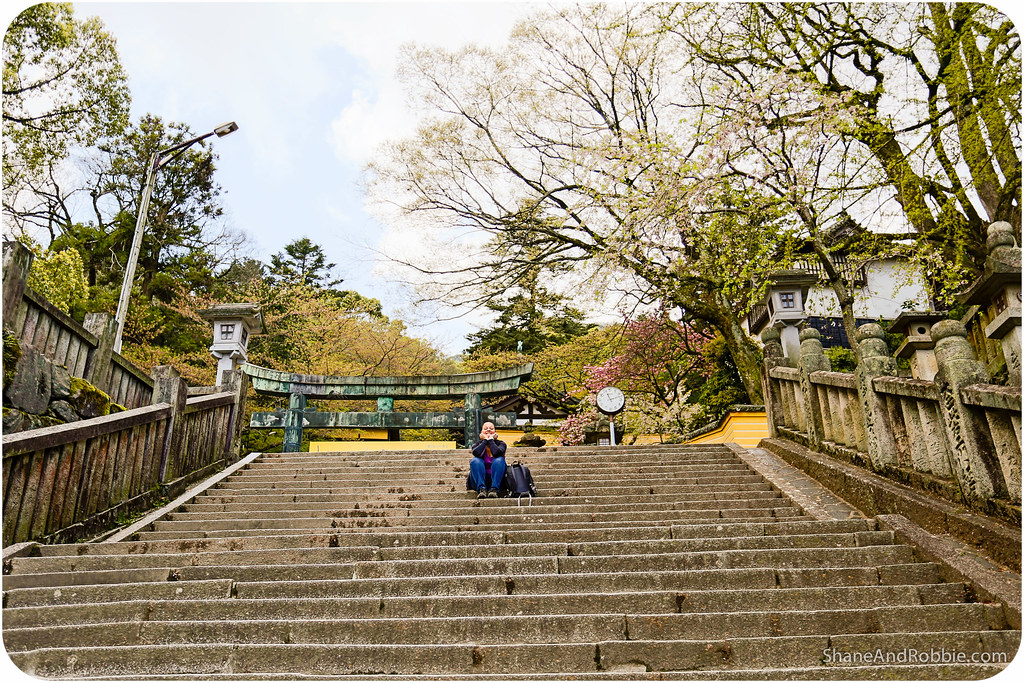 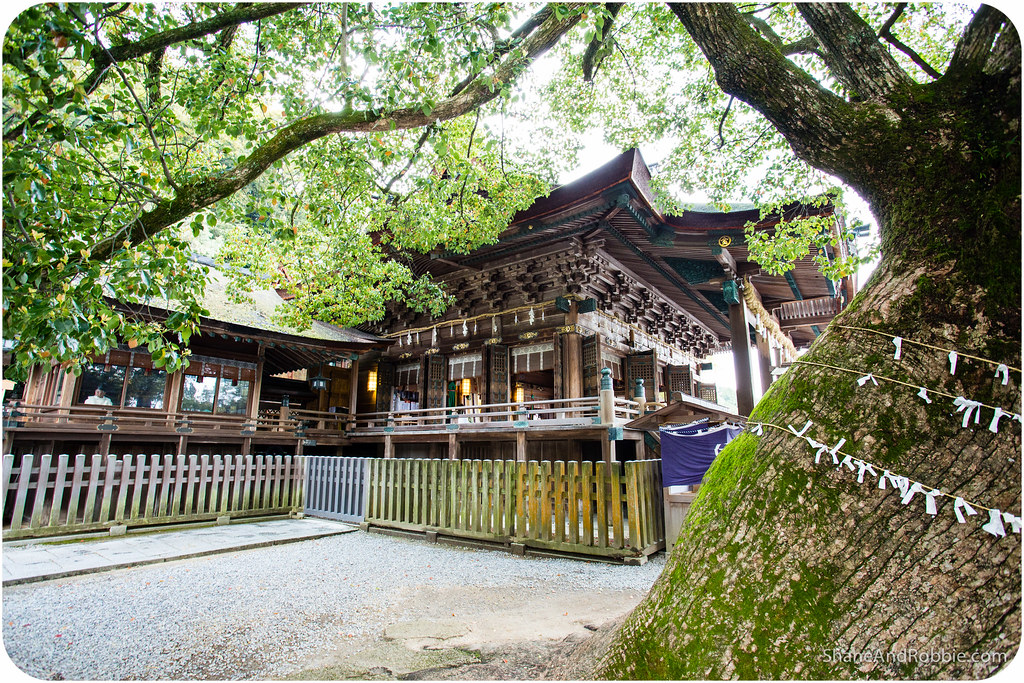 Located halfway to the top of Mount Zozu, the temple stands at the end of a long path, with 785 steps to the main temple and a total of 1,368 steps leading to the inner shrine. Given it was beautiful spring day we decided to tackle the whole lot and spent an hour and a half gradually climbing up the steep stone steps. 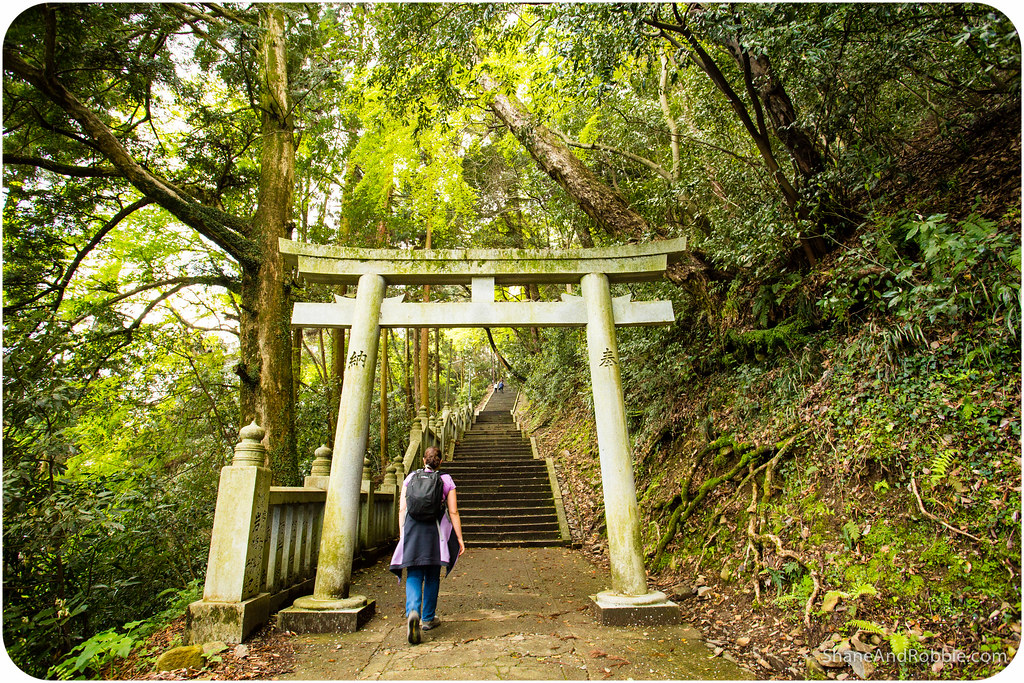 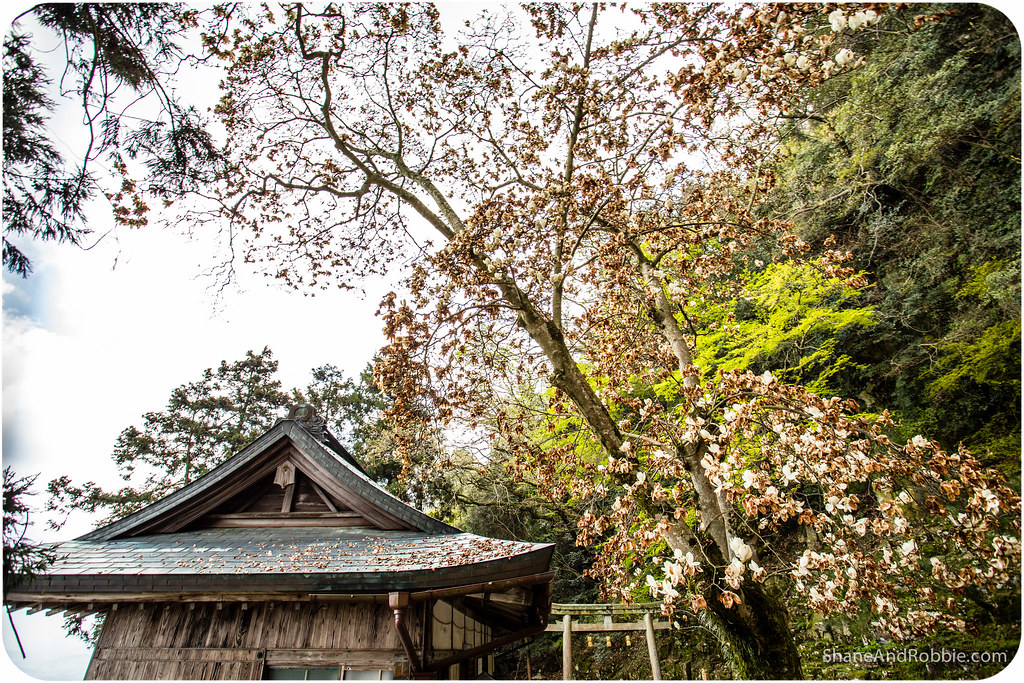 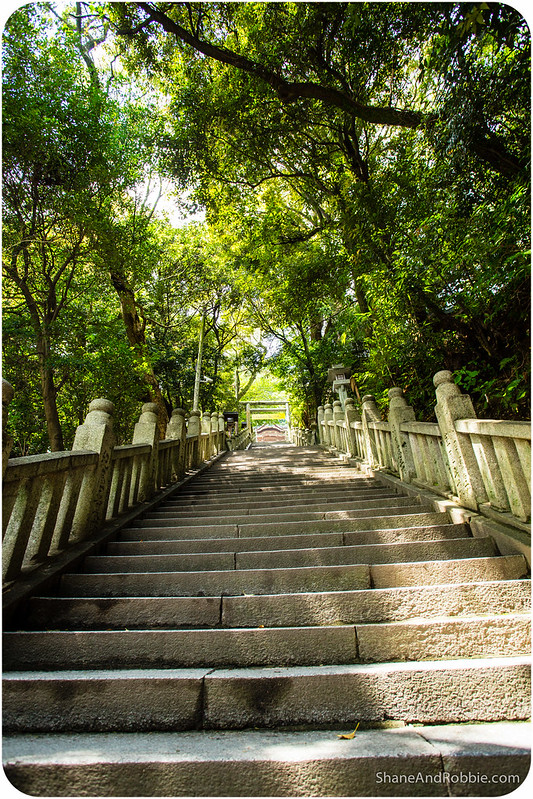 Along the way we saw, not only the main temple, but numerous smaller shrines, each dedicated to its own particular spirit guide. It was quiet and cool under the shade of the ancient trees and we heard nothing beyond the sounds of birds in the trees (and, during some of the steeper stages, our laboured breath). 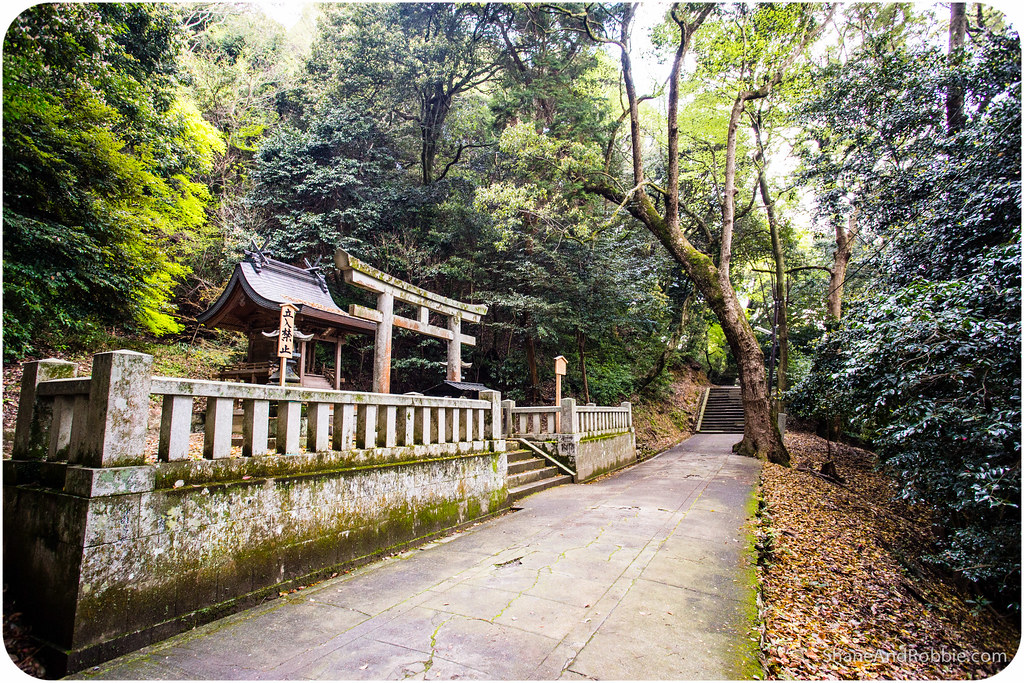 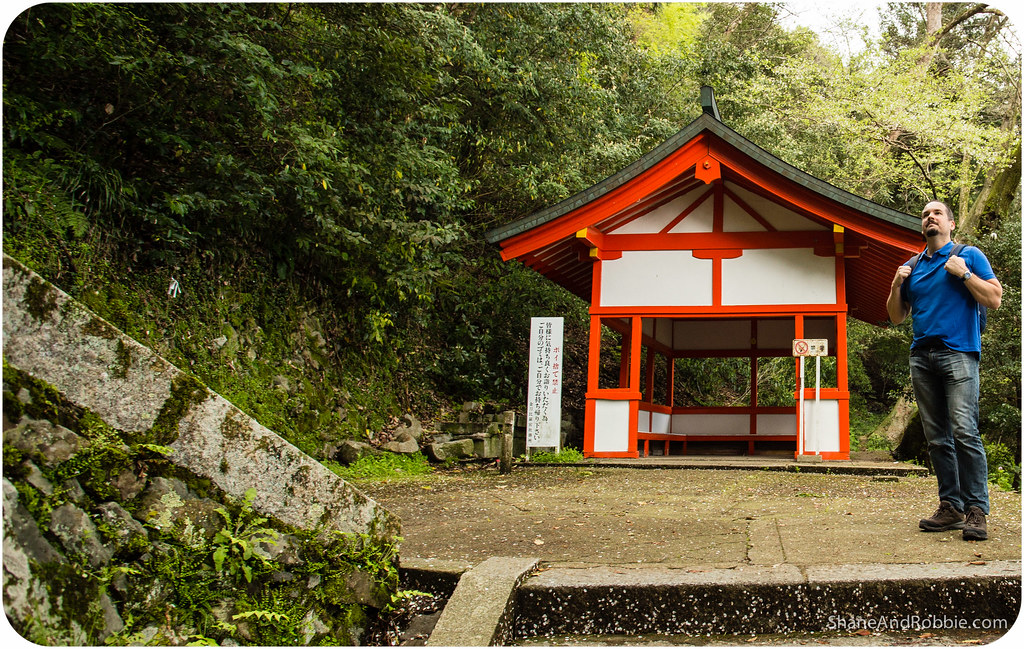 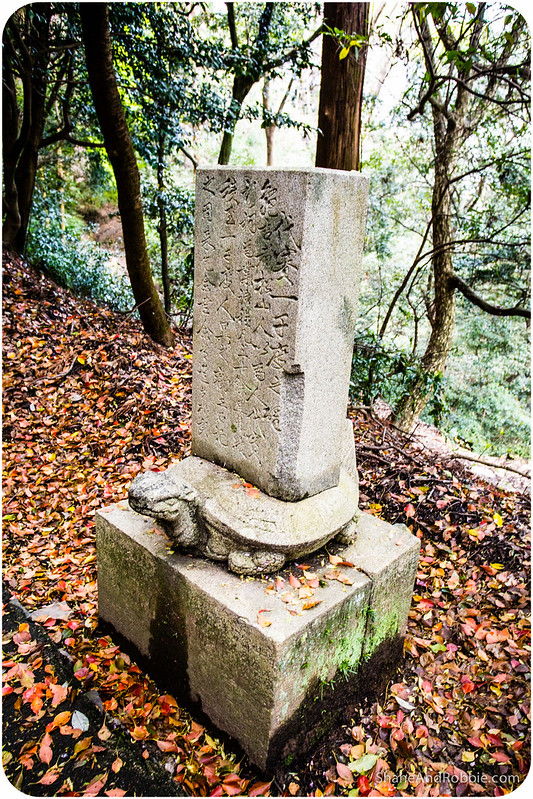 At the very top of the climb sat the inner shrine. Surrounded by trees and overlooking the Northern end of Shikoku, the shrine was a lovely spot to sit, recover, and enjoy the views. 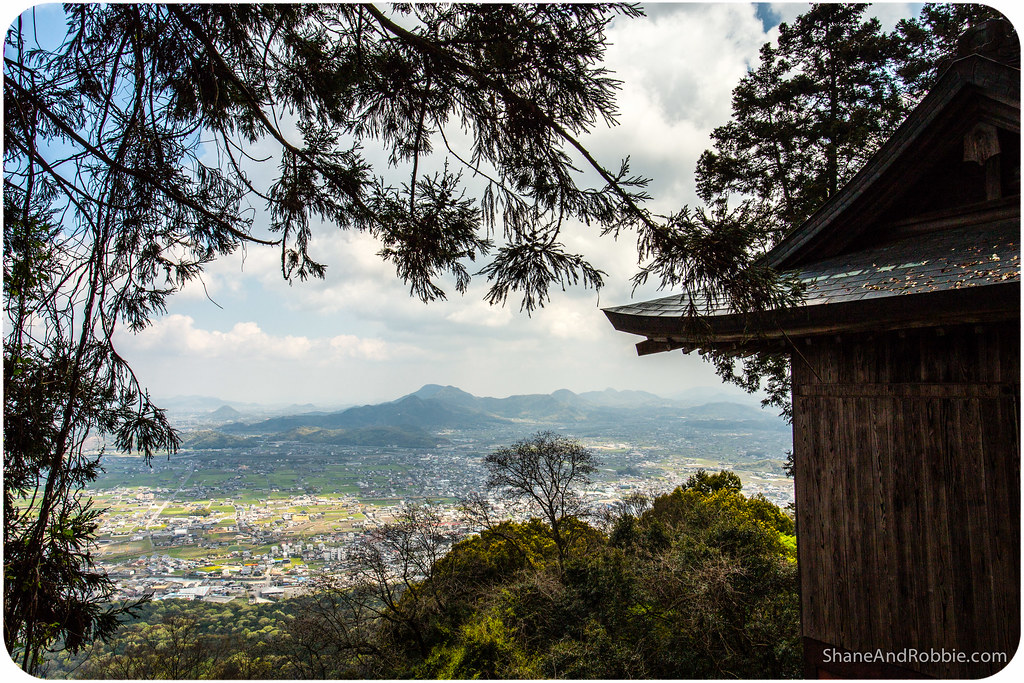 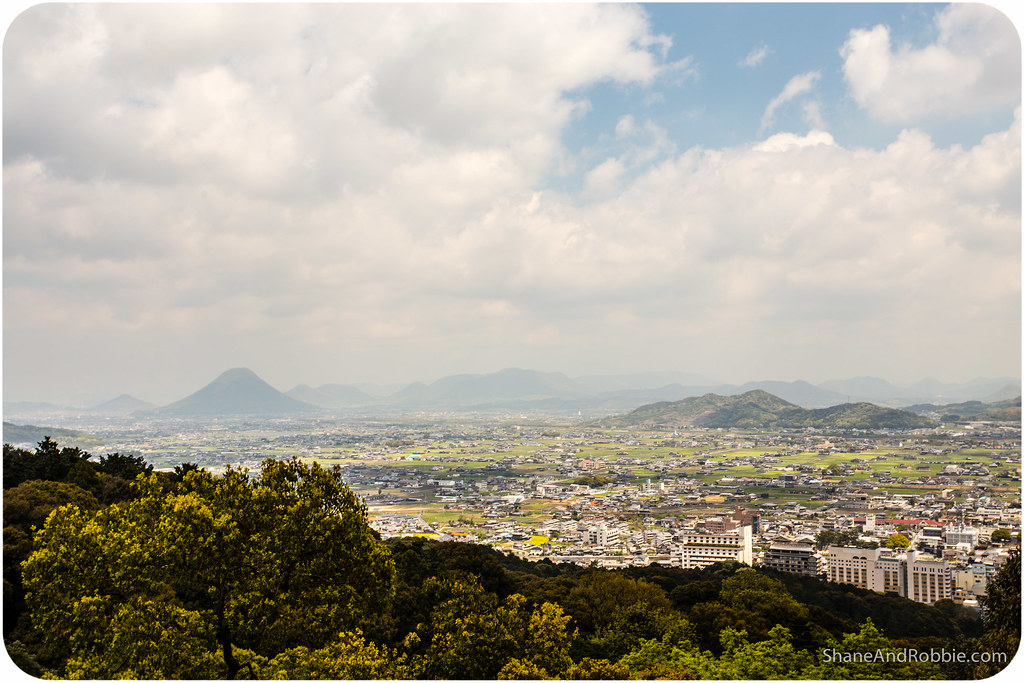 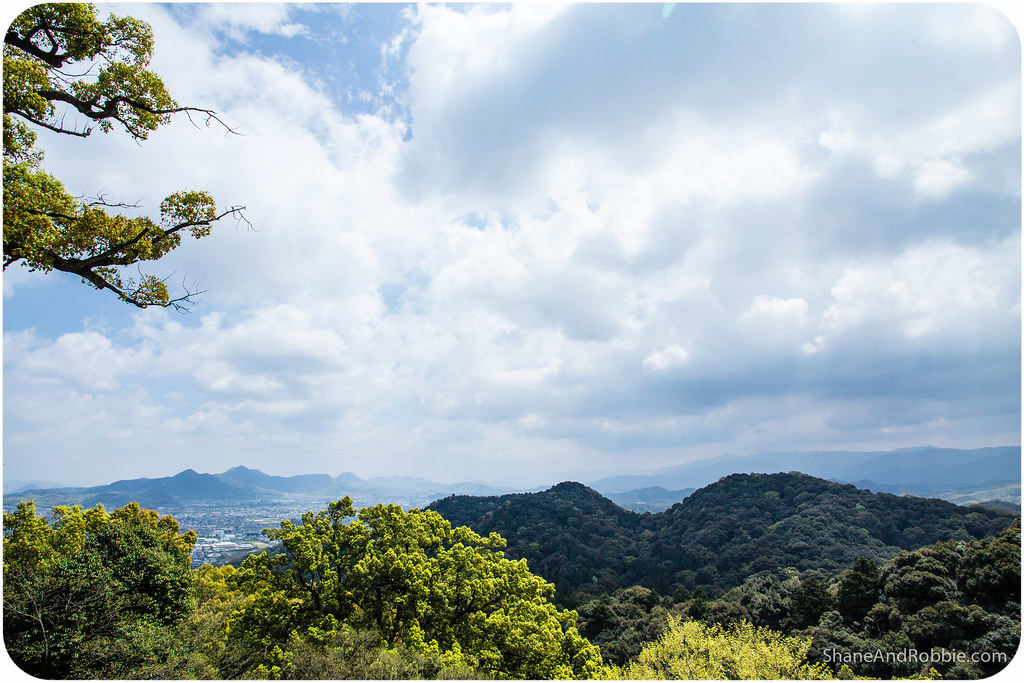 On the way back down we lingered at the main temple to admire it. Konpira Temple is over 800 years old but is said to be built at the location of a much older Shinto shrine dedicated to a kami (i.e. nature spirit) that watches over and protects sailors and seafarers. The nautical theme persists, with the entire temple being dedicated to this purpose. 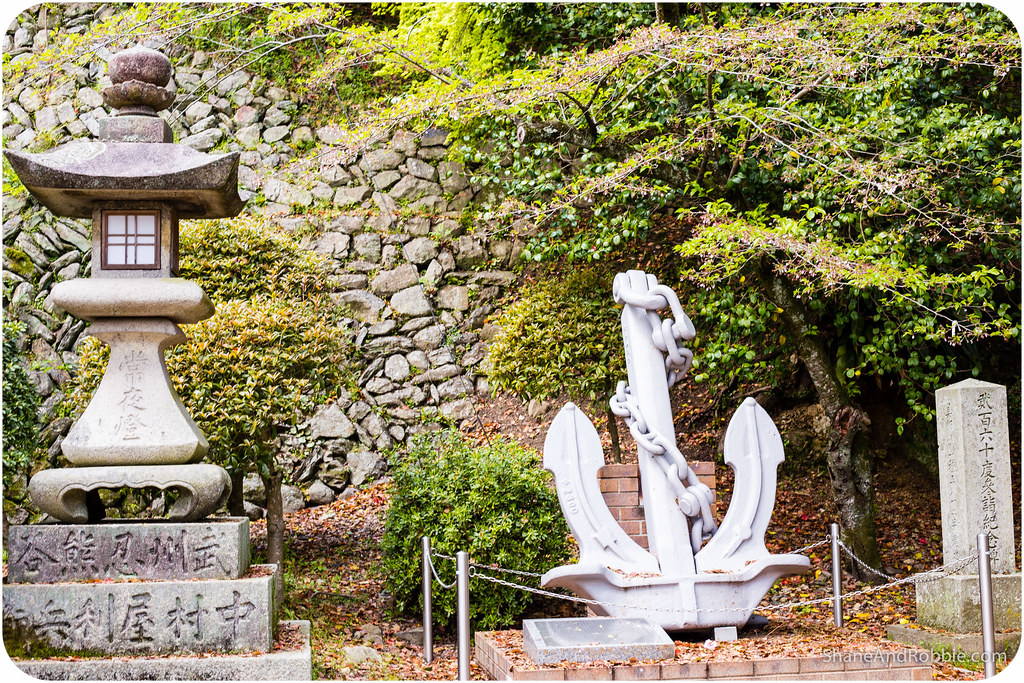 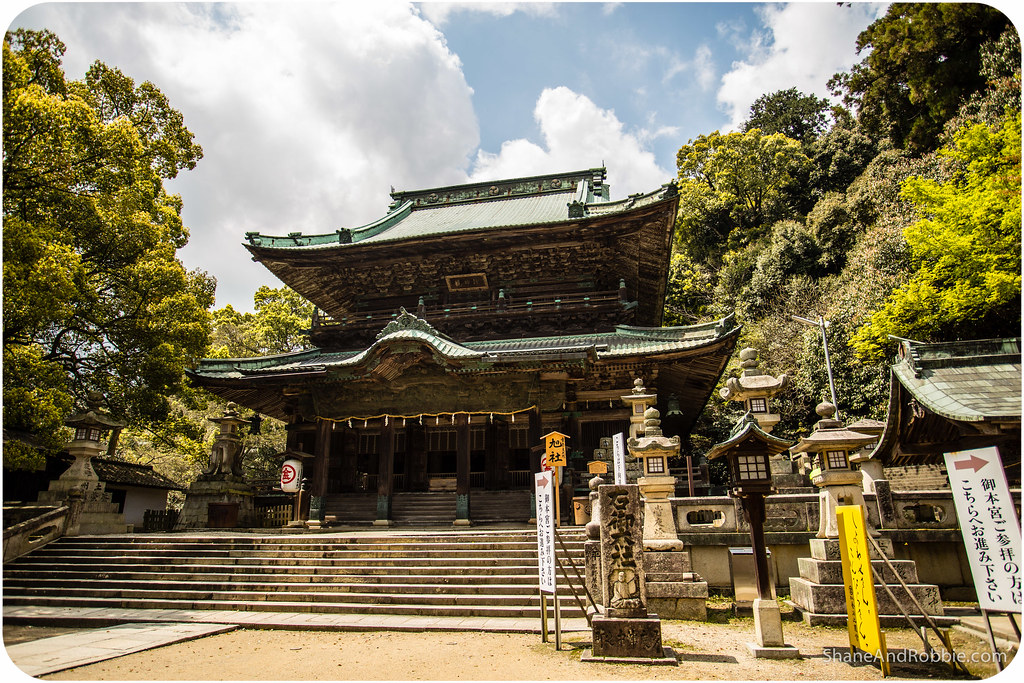 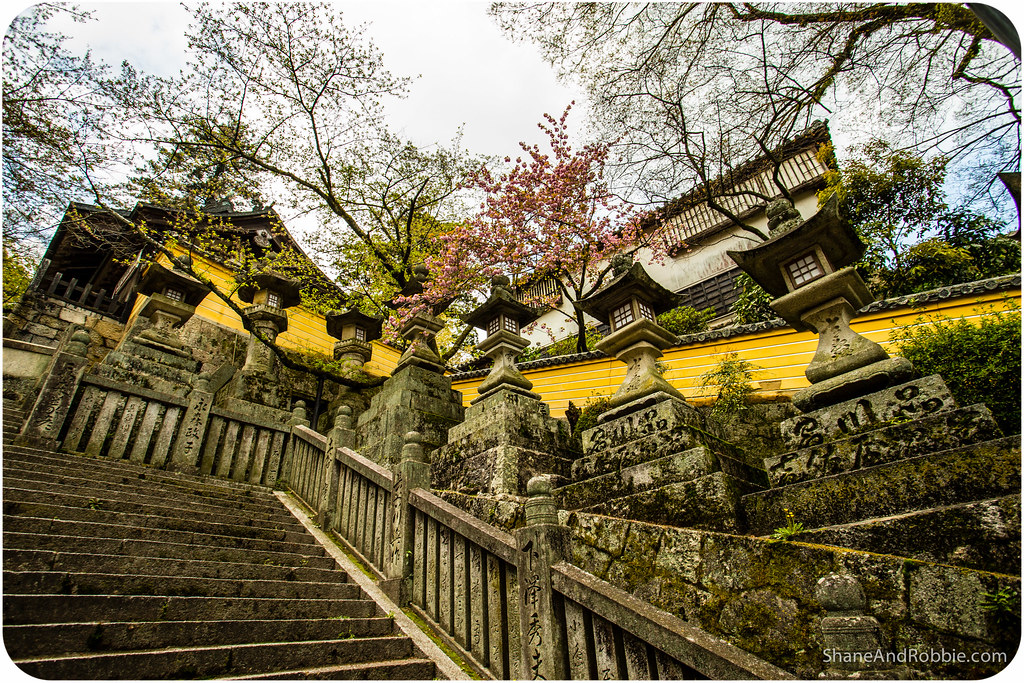 Further down the mountain we passed dozens of souvenir shops that lined the steps on the final descent back into the town of Kotohira. Many of the shops, unfortunately, just seemed to stock cheap plastic knick-knacks. A few, however, sold amazing hand-made crafts like paper products, wooden carvings of dragons and demons, and samurai swords. After all our expended effort climbing up the mountain, it was nice to end our day with a leisurely stroll through the town. 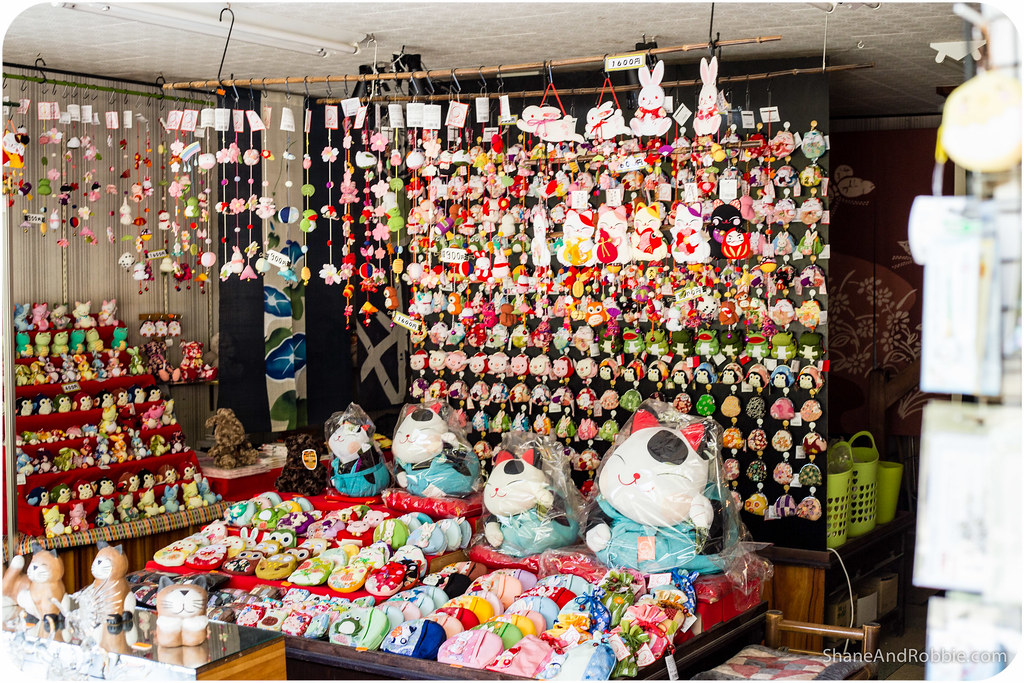 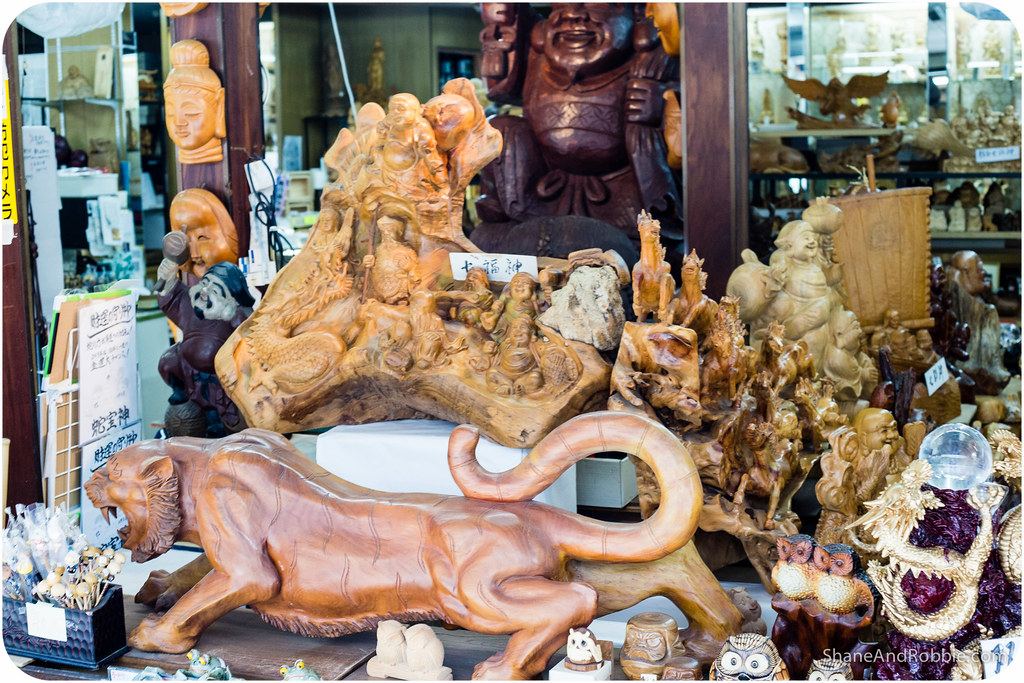 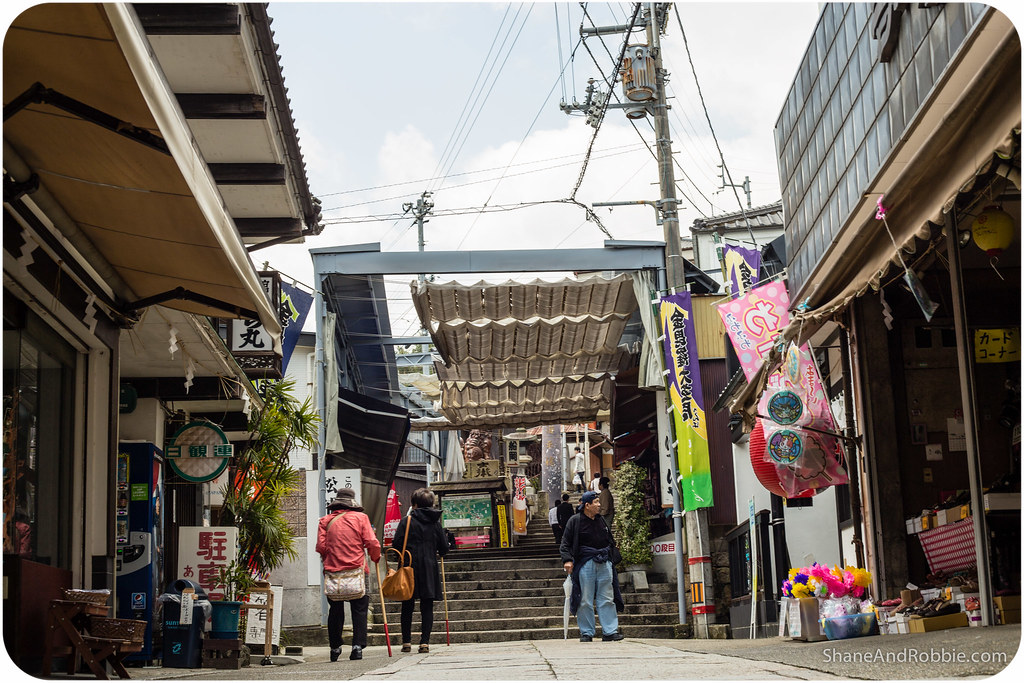 Our final achievement for the day was finding our way back to Kotohira station and getting back on a train bound for Takamatsu, where we’re now enjoying a well-earned rest. Tonight’s our last night here in Takamatsu – tomorrow we’re off to another of Shikoku’s bustling metropolises: Tokushima! 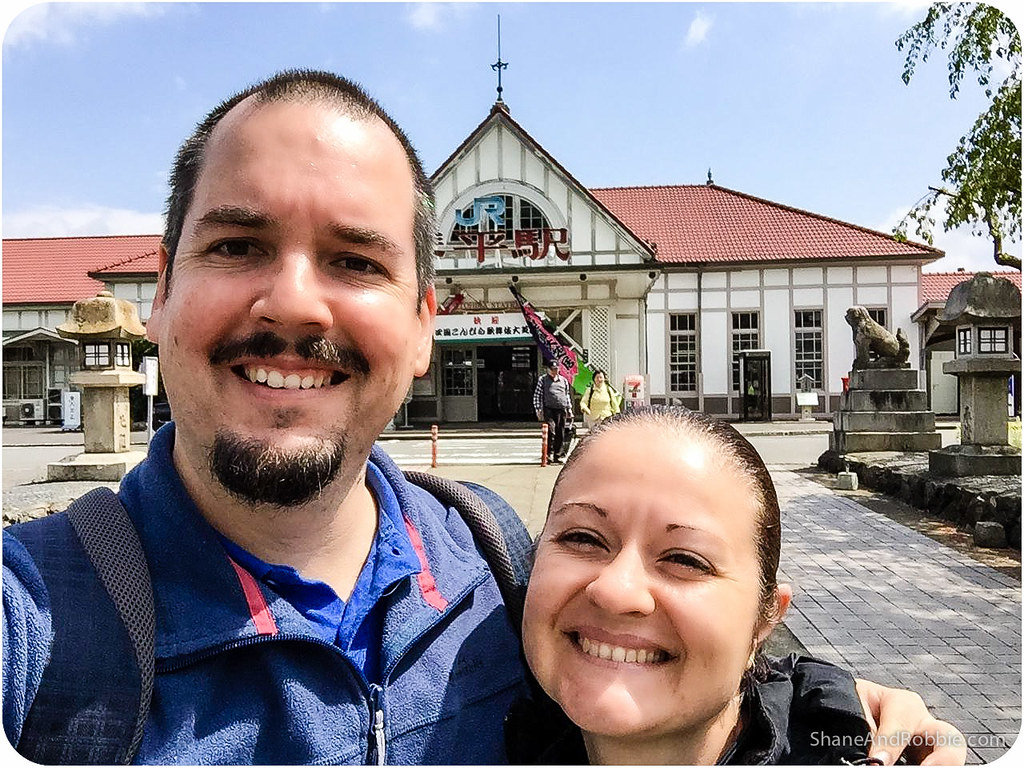