ALL THE COLOURS & FLAVOURS OF THE HANA HARU FESTIVAL IN TOKUSHIMA!

We celebrated all the abundance and joys of spring today, along with most of Tokushima! Welcome, ladies and gentlemen to the Hana Haru Festival (i.e. Spring Flower Festival) of 2015! 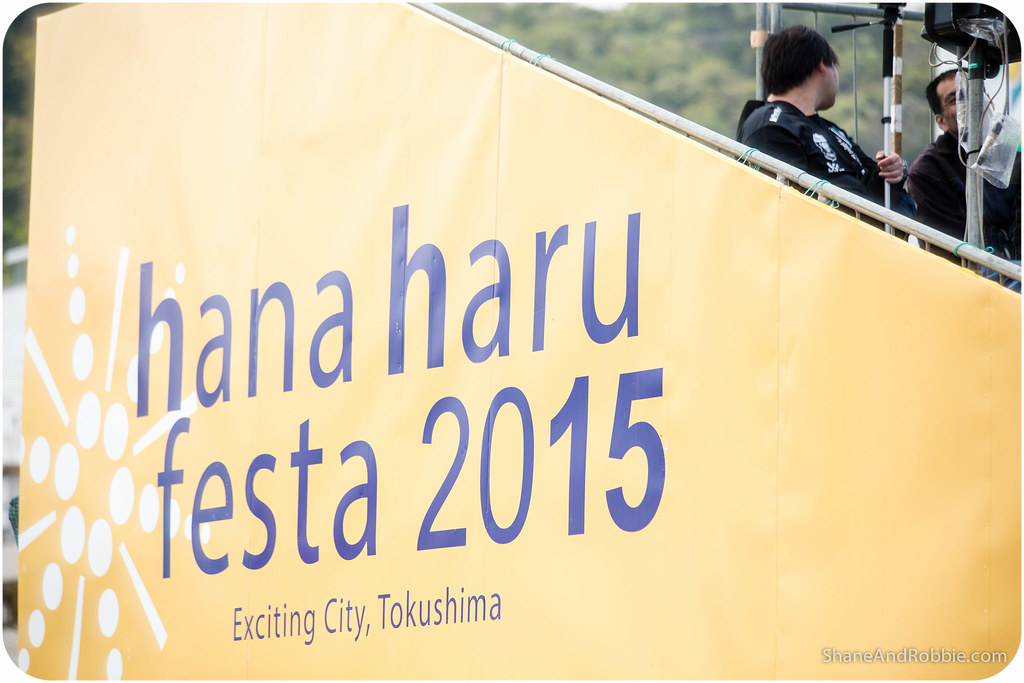 One of the reasons we wanted to be in Tokushima this weekend is because we has read that this was the weekend of the Hana Haru Festival 2015. Unlike the Spring Festival in Yoshino last weekend, where we stumbled unknowingly into the foray, today we knew what we were in for: lots of people, festivities, food, and fun! 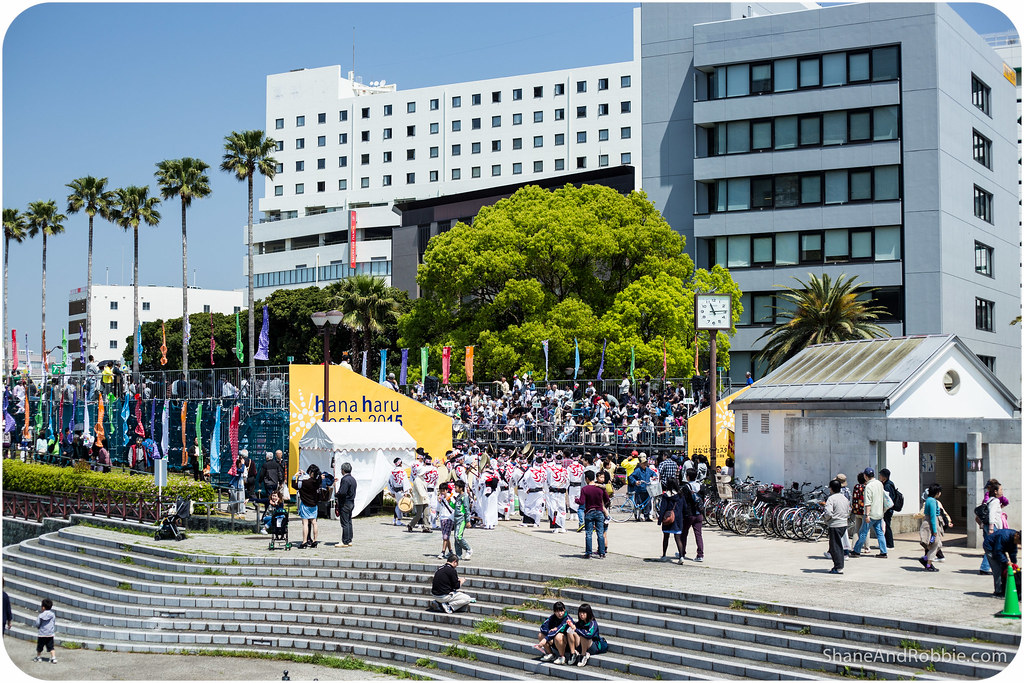 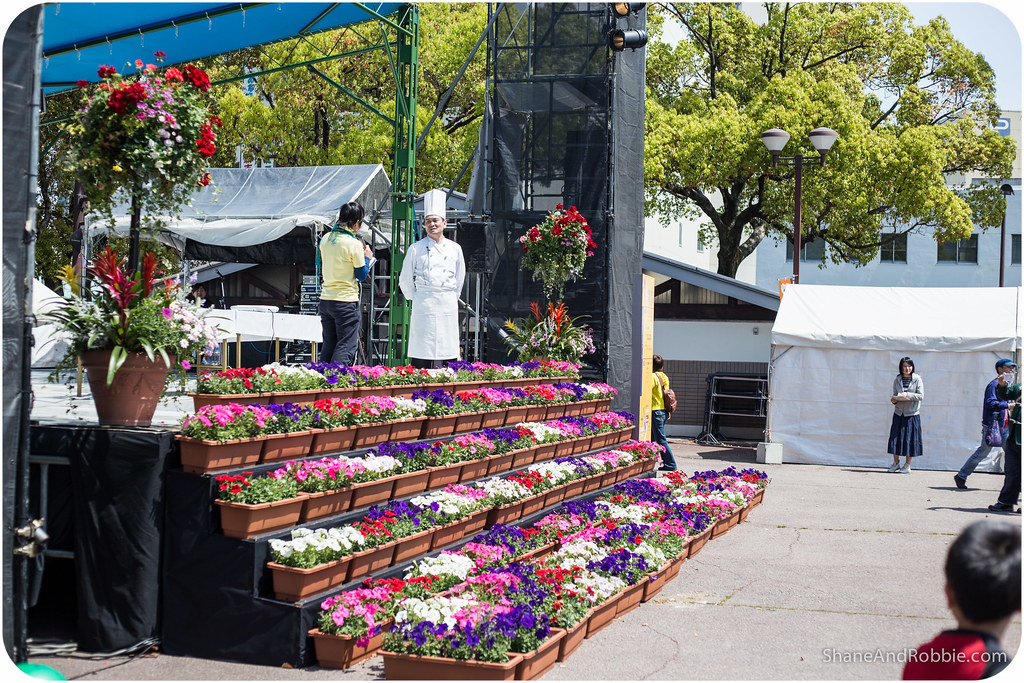 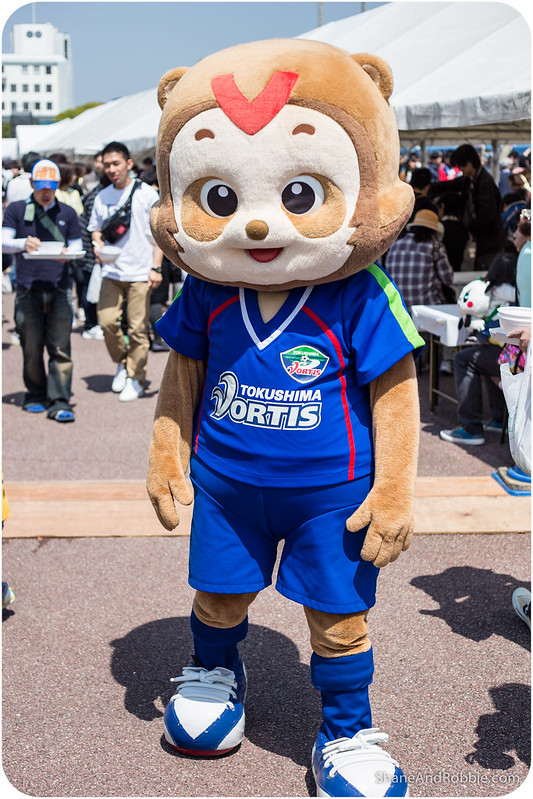 The Hana Haru Festival is one of 2* large celebrations held each year here in Tokushima, and attracts up to 1.3 million people into the city over the weekend. We set out after breakfast to check out the festivities and spent a whole day sampling the best of what Hana Haru had to offer. As with festivals everywhere, there were lots of market stalls lining the streets and food stalls galore. It was great fun ambling through the streets, checking out the various crafts and sampling the edibles on offer.
*The other is in August, towards the end of summer, and was traditionally held to celebrate the harvest. 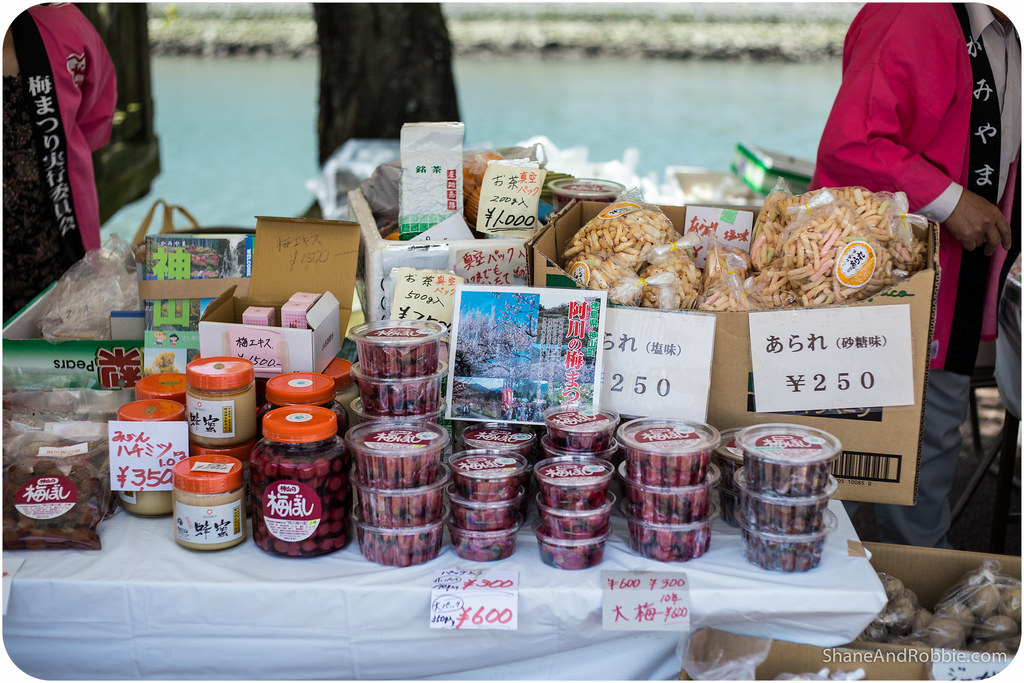 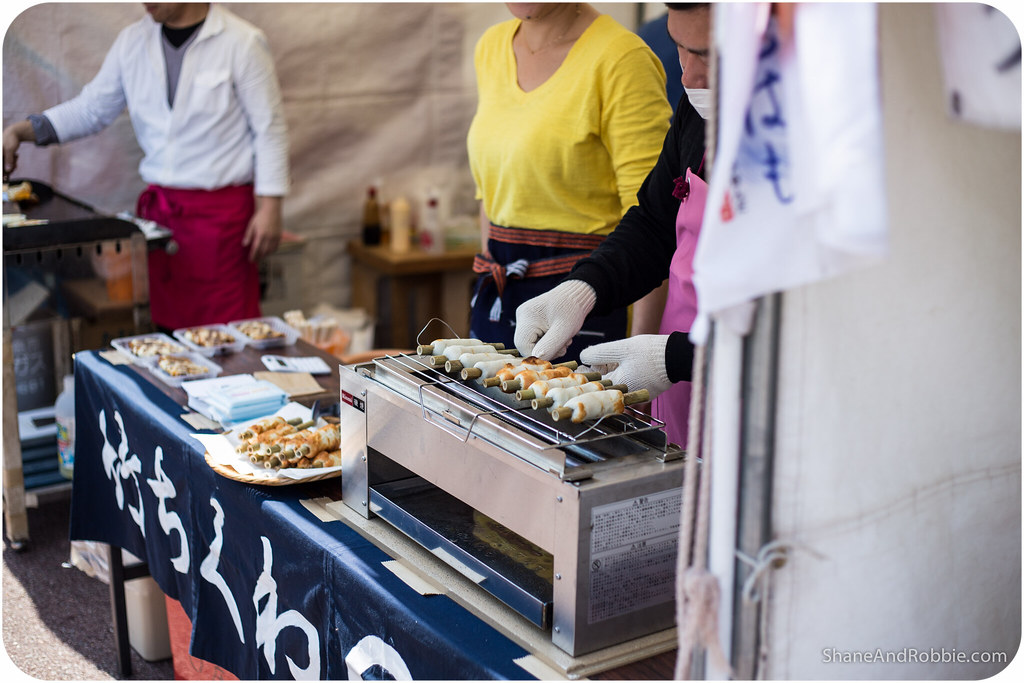 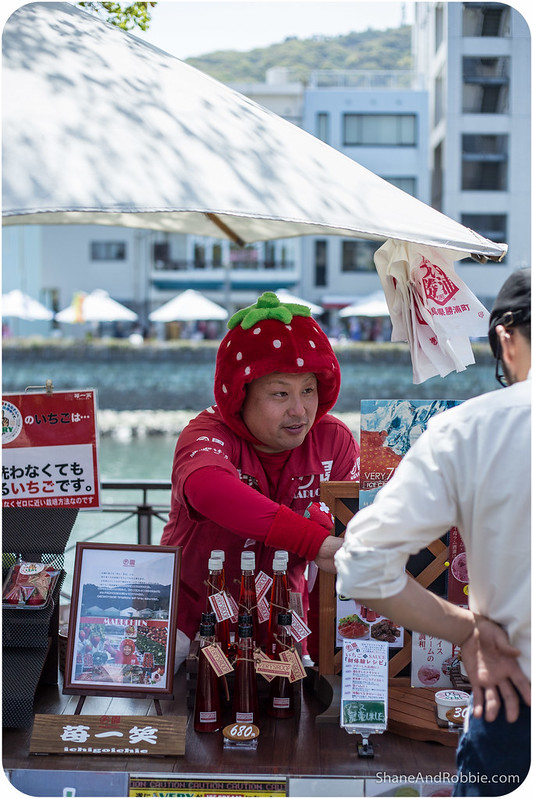 Some of our favourite treats for the day:
• Giant, farm-fresh strawberries picked this morning;
• Gooey and delicious takoyaki (i.e. tasty, bite-sized balls of octopus cooked in an egg and flour batter);
• Awesome, crunchy chicken karage (i.e. like the Japanese version of KFC, just good);
• Bowls of steaming hot ramen noodles bought from “ramen road*”, a section of the festival grounds dedicated to noodley goodness; and
• Bag-fulls of babay kasutera (i.e. the Japanese version of Portugese Pão de Castela, a sweet sponge cake made from flour, eggs, sugar and syrup; the cake was brought to Japan by Portugese merchants in the 16th century).

*It was whilst we wandered through “ramen road” that Shane had his first “intimate” experience with some random Japanese guy. The guy was spruking his particular version of noodles and tried to entice us in to sample his wares. We’d both just eaten so Shane laughingly told the ramen vendor that our bellies were already full. In response to which the ramen guy jovially spanked Shane on the butt and jovially told us to be on our way. Good job Shane – it’s not every day you whacked on the arse by a Japanese ramen guy! 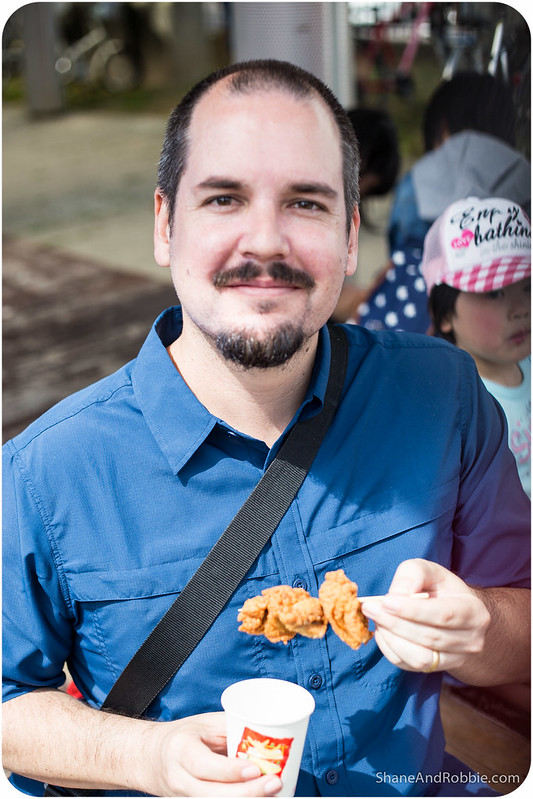 Worst bite-sized treats of the day include:
• Slivers of sudachi (i.e. a small, round, green Japanese citrus fruit that is a speciality of this region and is super sour) and daidai (i.e. an Asian variety of bitter orange promoted as a digestive tonic); and
• Green chilli and fish paste on a cracker (not sure on the Japanese name for it, but it was spicy and fishy and salty and sour and BAD). 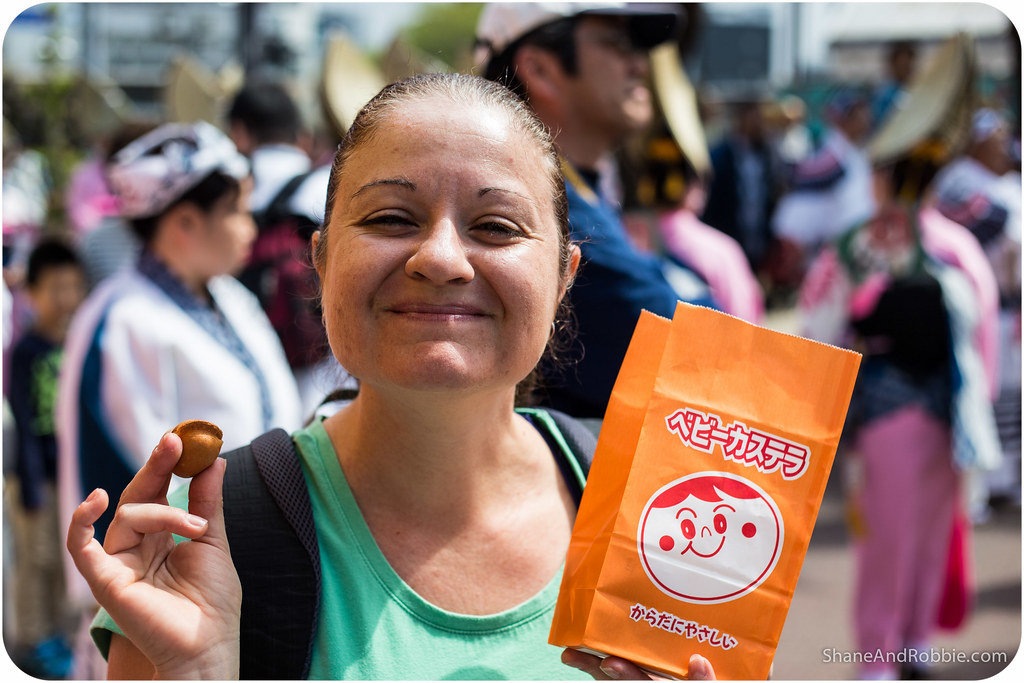 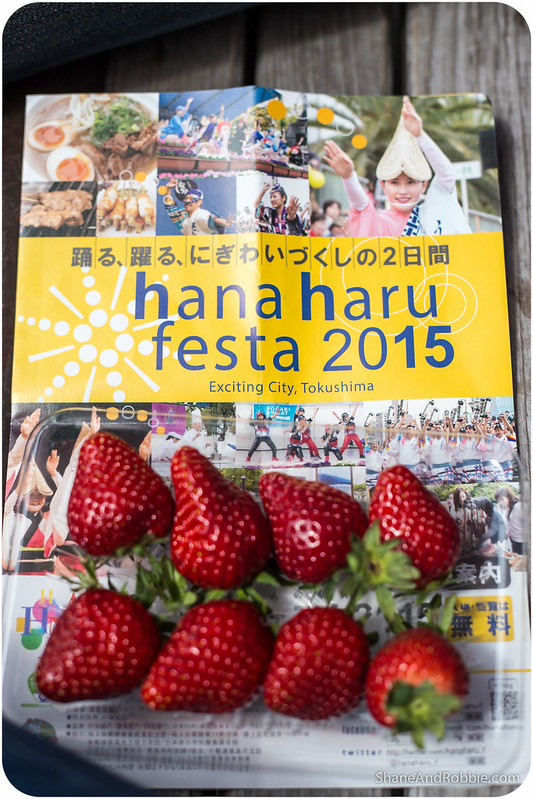 The highlight of our sampling expedition, however, was when we got in line with a whole bunch of locals for something that looked like and omelette (but could have been anything), and we ended up on TV! No jokes, people, we were on Japanese TV tonight during the “human interest” section of the news. Why? Because we were the only gai-jin waiting in line to sample the Tokushima speciality: mame-ten-yaki.

Mame-ten-yaki is an eggy thing is made from a combination of eggs, flour, soy beans, cabbage, shrimp, and precooked chunks of tempura batter. All the ingredients are mixed together and cooked on a sizzling hot plate while you wait. It’s finished off with a generous serving of Japanese BBQ sauce and served with a garnish of chives. Not bad at all!

The TV camera crew filmed us buying the stuff, chatting with the stall-holders and then eating the first few mouthfuls. They even asked us what we thought of it and showed us smiling, mouths full of mame-ten-yaki and all, on TV. Totally hilarious! We are now officially famous in Japan. 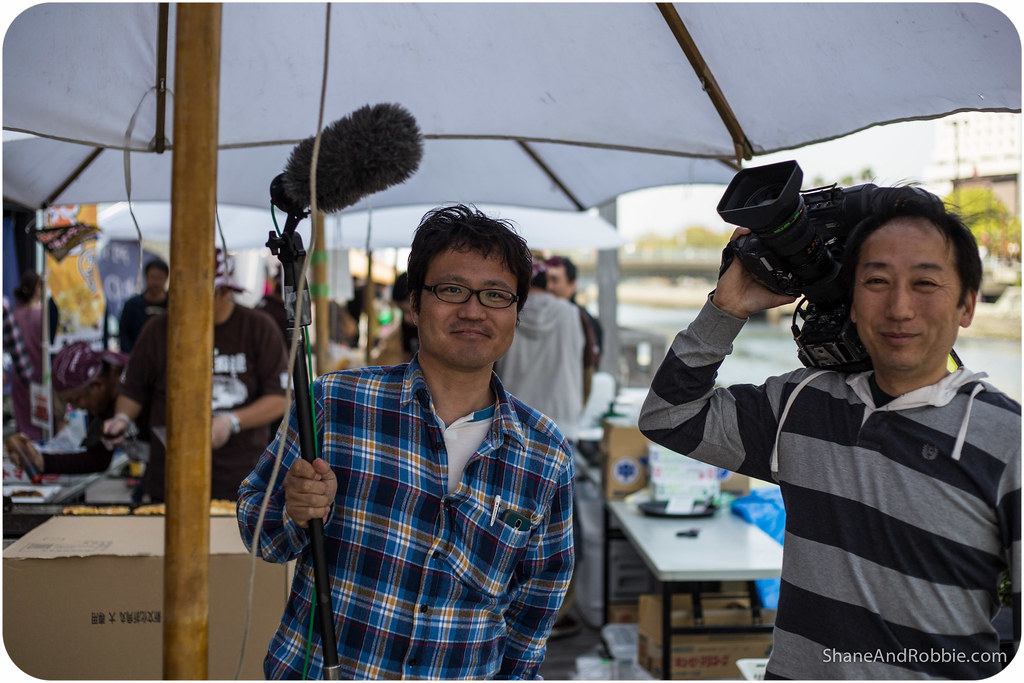 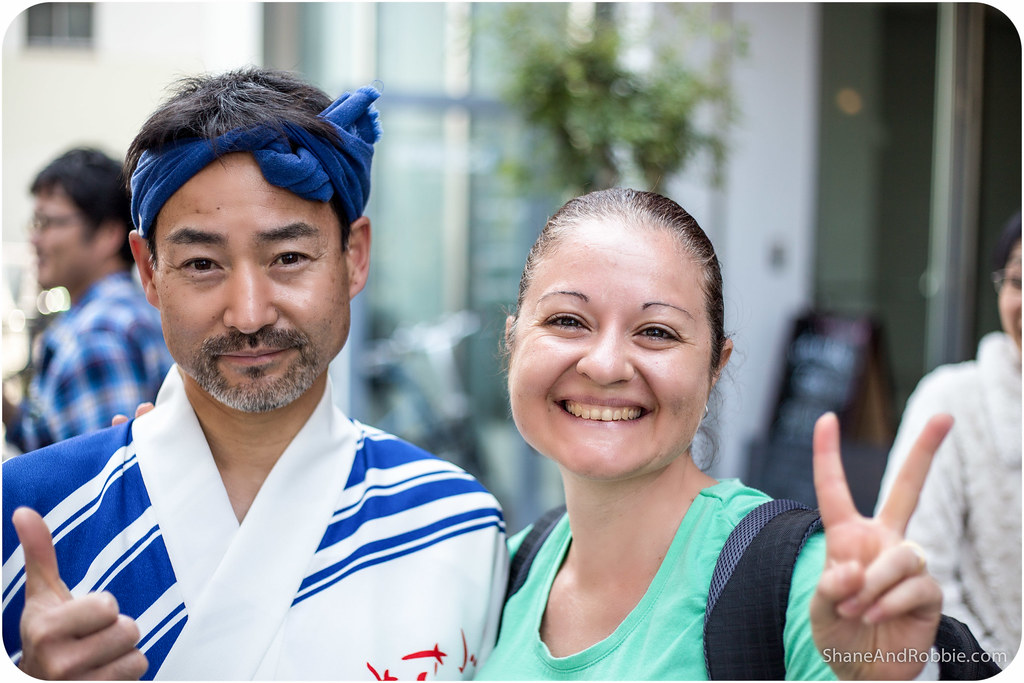 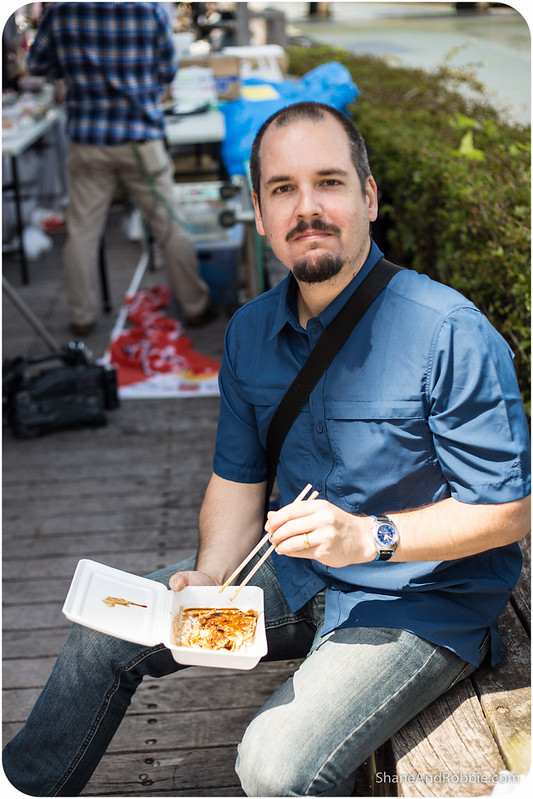 As if being on TV wasn’t awesome enough, we then got to see some of Tokushima’s famous Awa Odori* dance troupes perform. The Awa Odori is characteristic of Tokushima and involves groups of choreographed dancers and musicians parading through the streets, typically accompanied by the shamisen lute, taiko drums, shinobue flute and the kane bell. Performers wear traditional dance costumes, and chant and sing as they parade through the streets. It was heaps of fun and the costumes were beautiful.
*Awa is the old feudal administration name for Tokushima prefecture, and odori means dance. 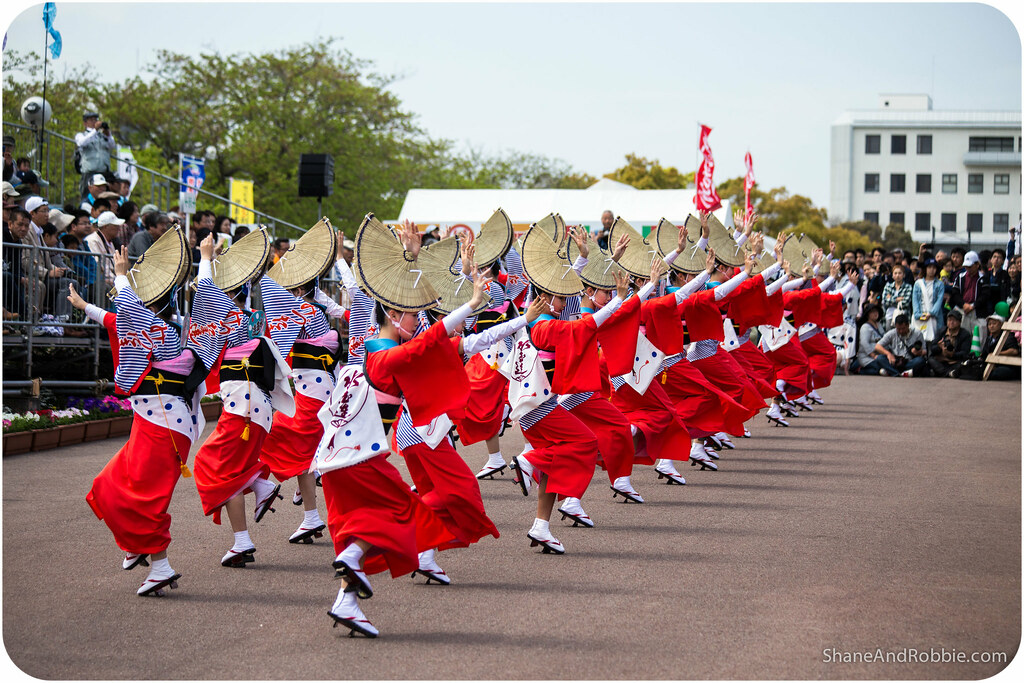 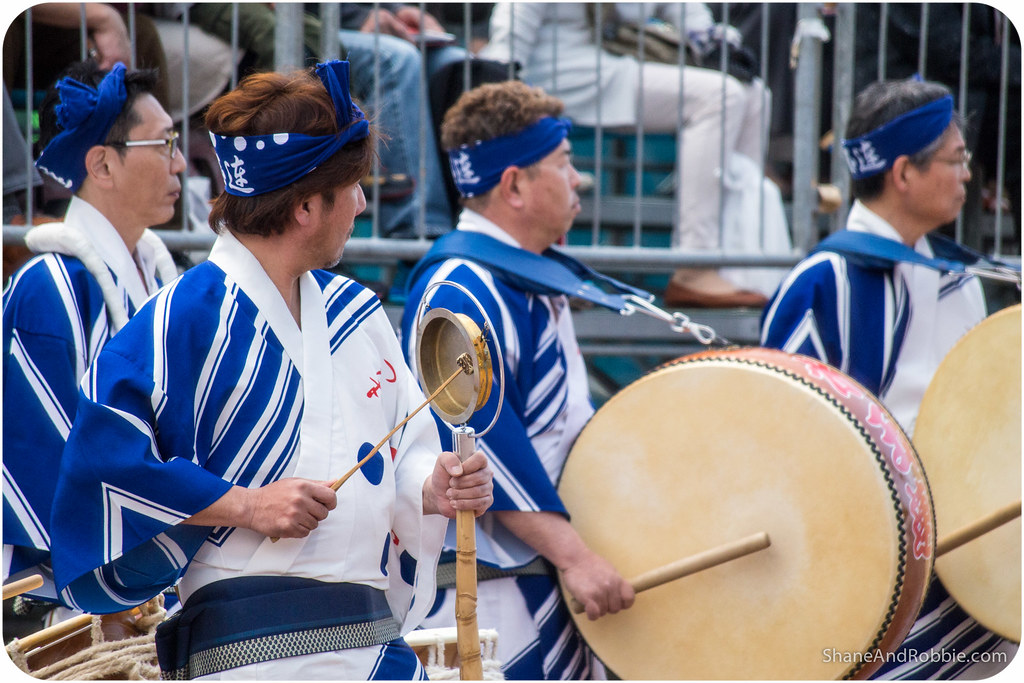 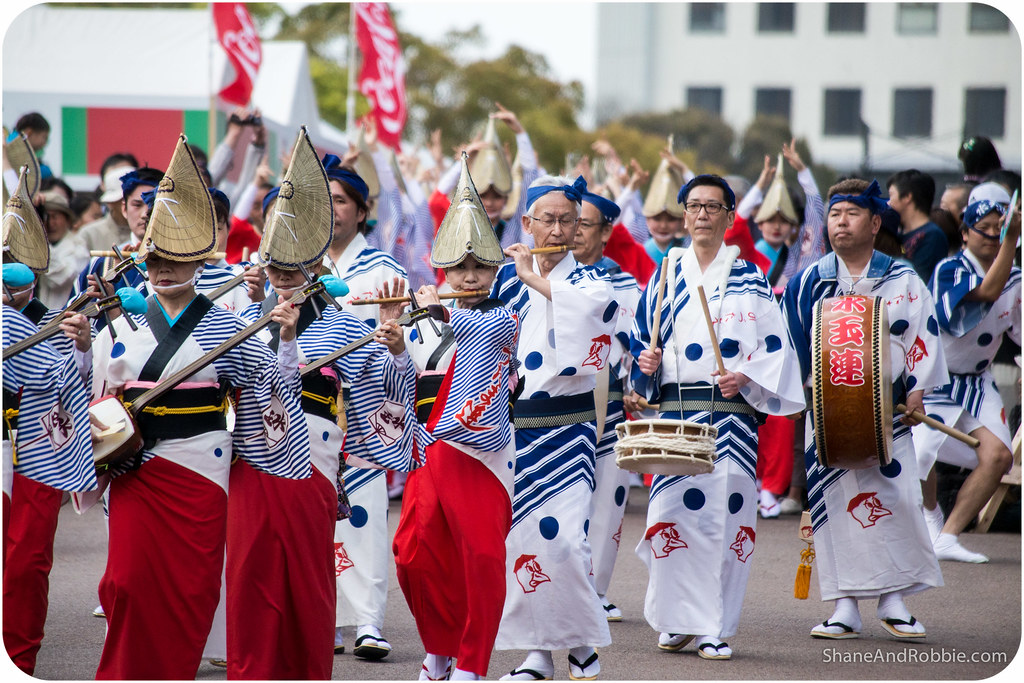 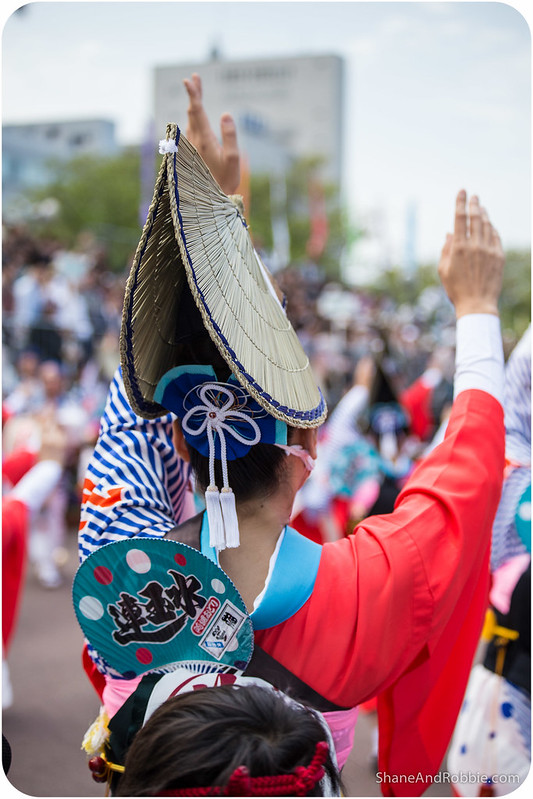 The Awa Odori dance is believed to have begun in 1586 when Lord Hachisuka, the then feudal lord of Awa Province, hosted a large party to celebrate the opening of Tokushima Castle. The legend says that Lord Hachosuka opened the castle to everyone and generously lavished his subjects with food and sake. The locals, having consumed a great amount of sake, began to drunkenly weaving and stumbling back and forth. Others picked up commonly available musical instruments and began to play a simple, rhythmic song, to which the revelers invented lyrics. And thus the Awa Odori was born! 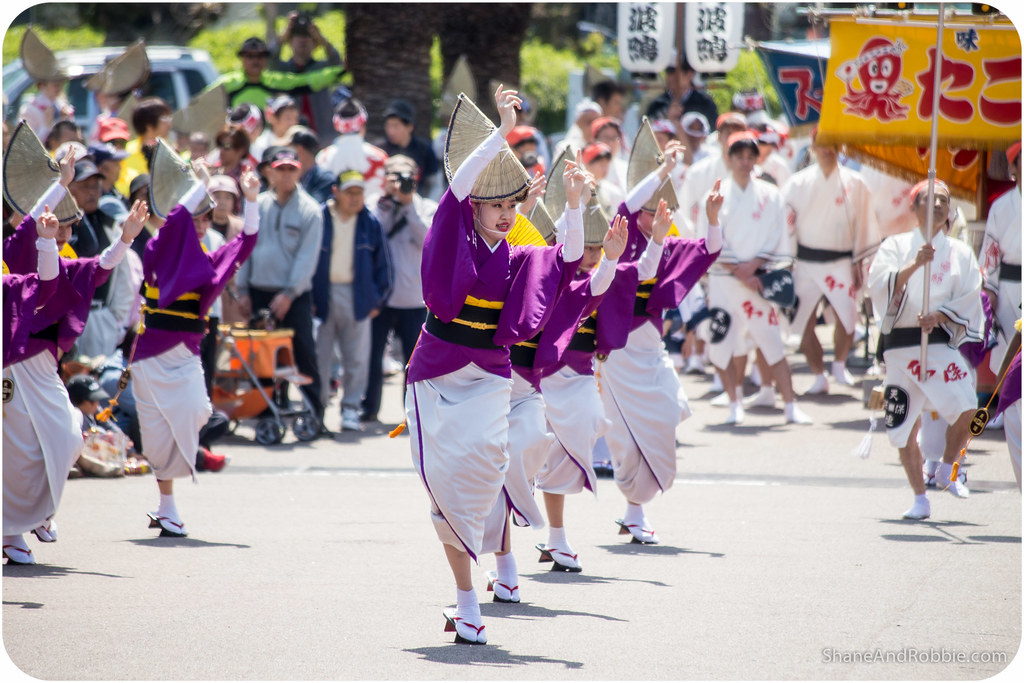 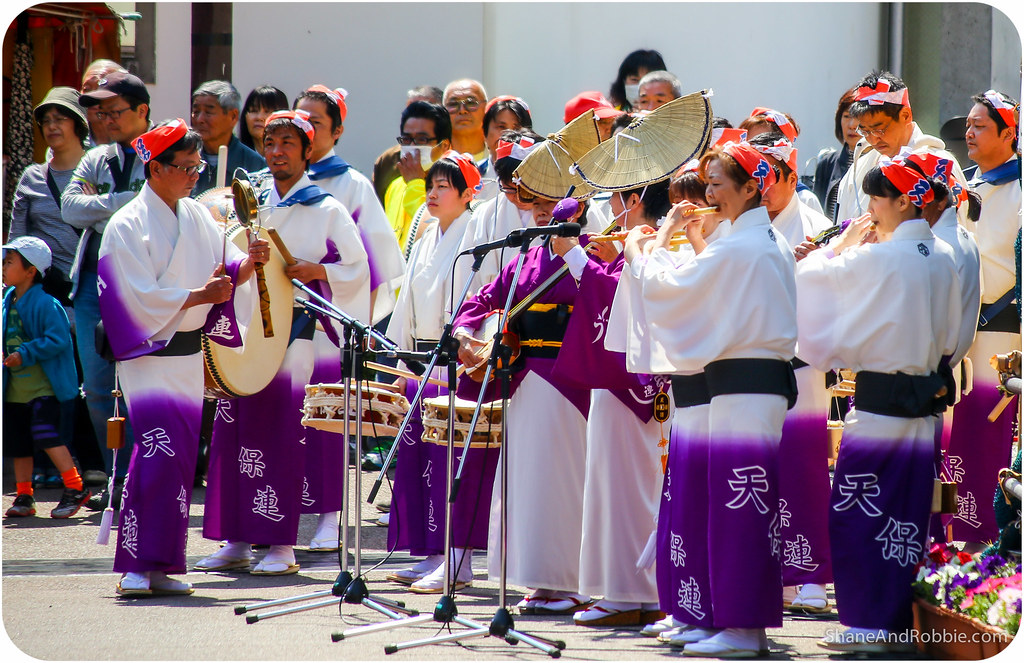 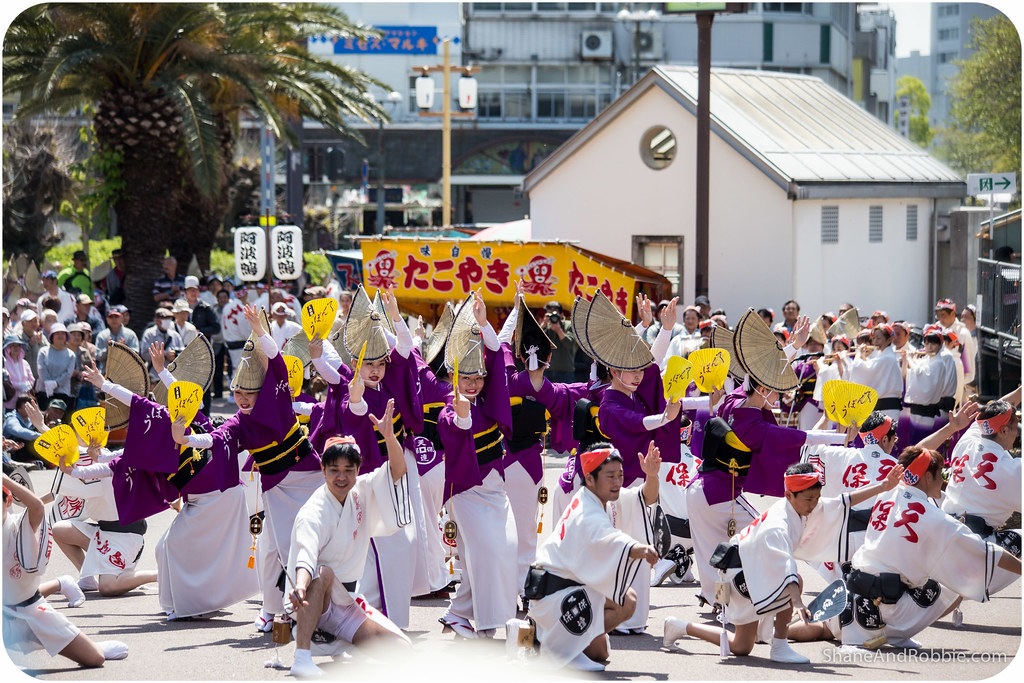 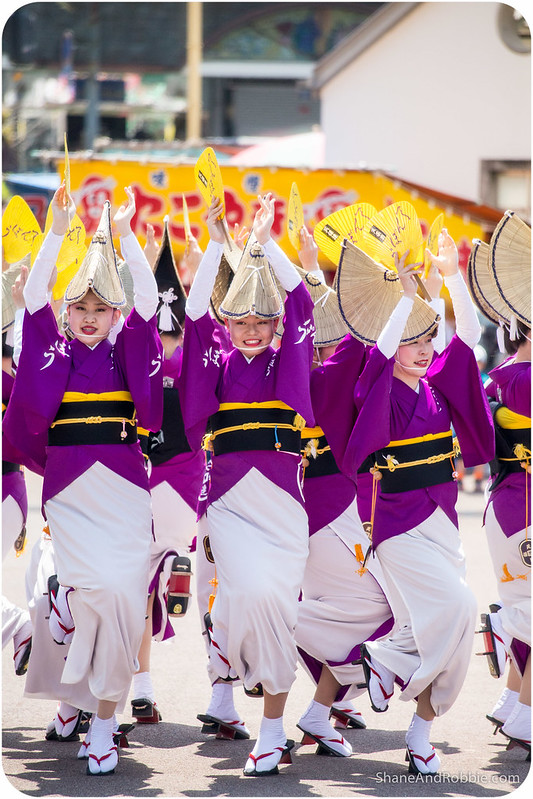 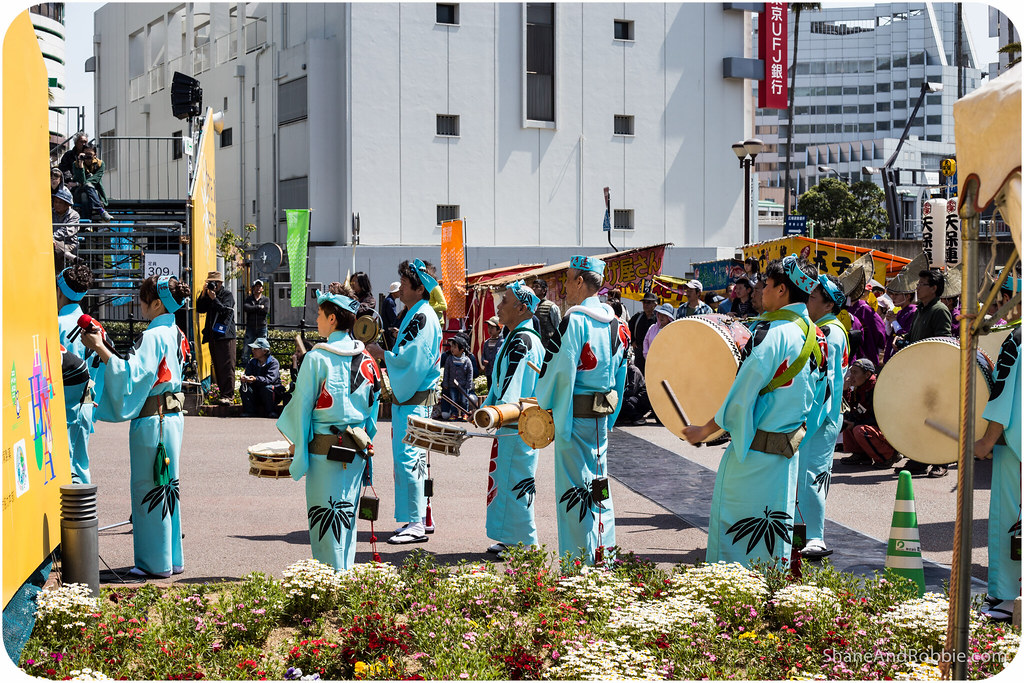 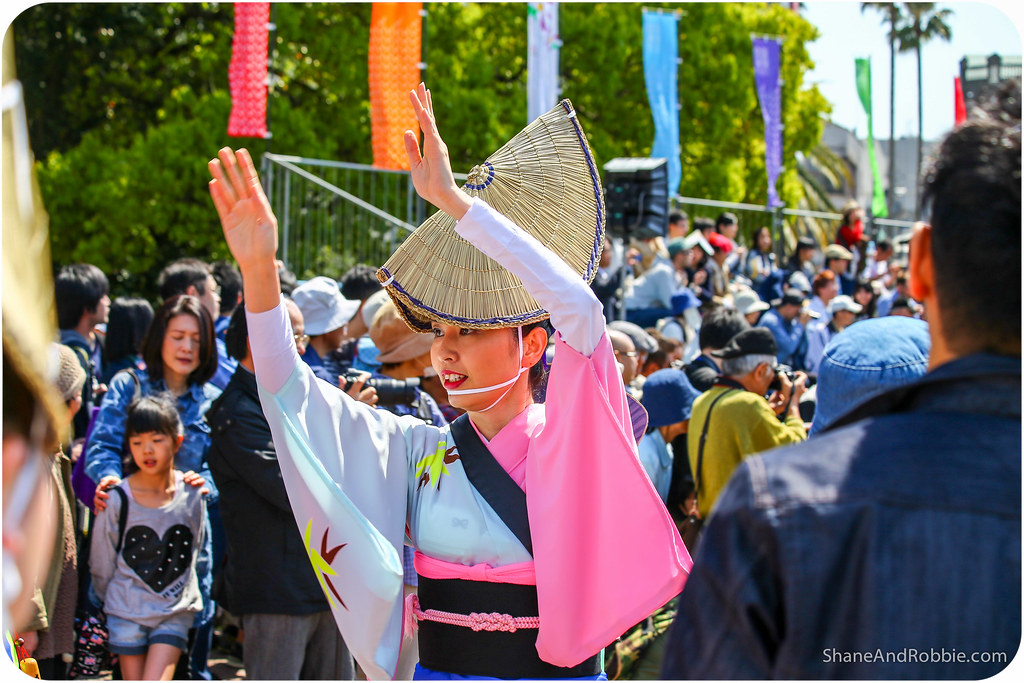 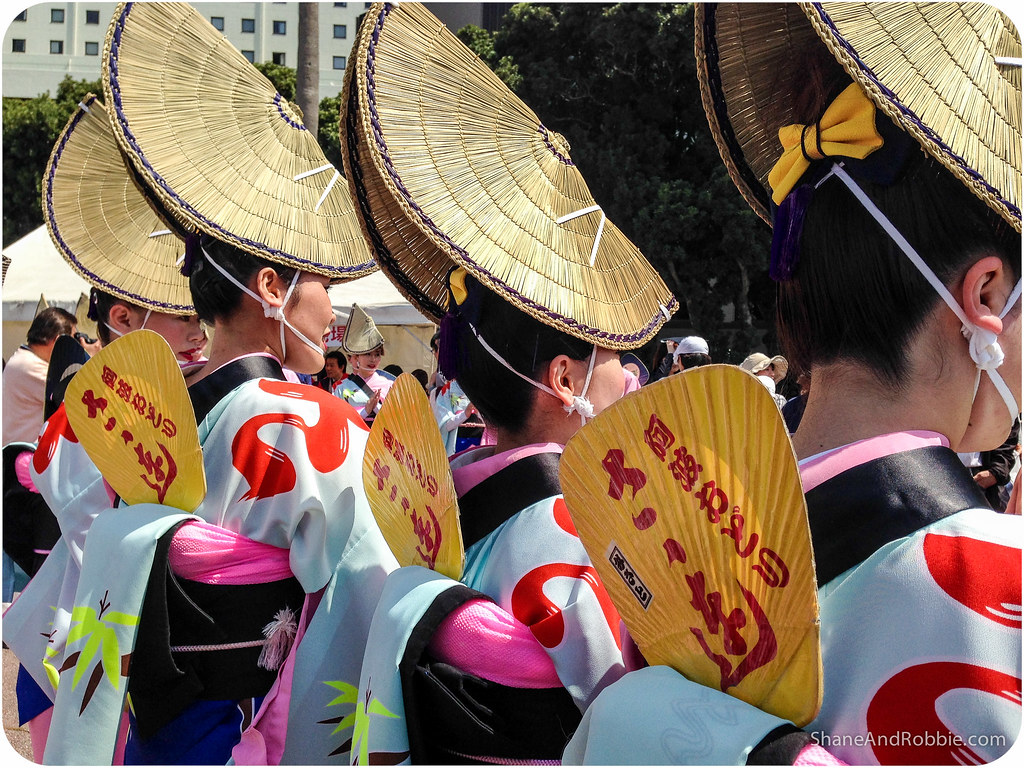 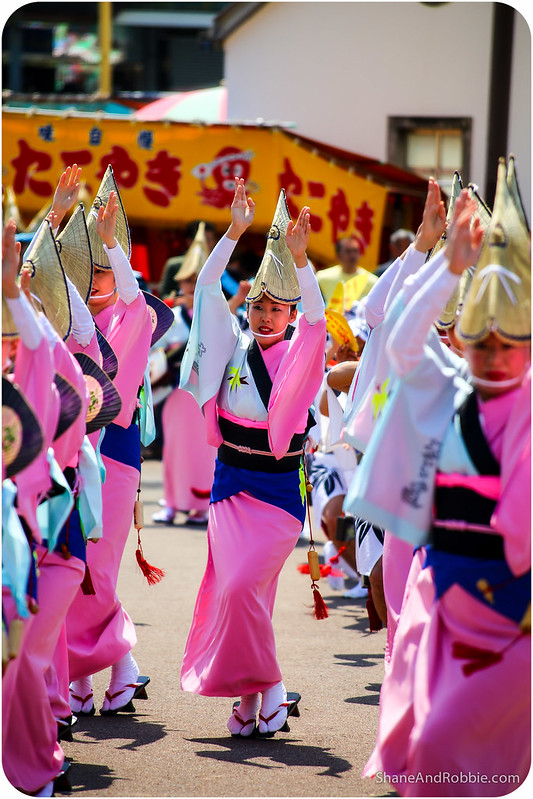 And so, after a busy day of festivities and a great yaki-tori dinner, we’re off to sleep in preparation for another day of travel and adventure in Shikoku! 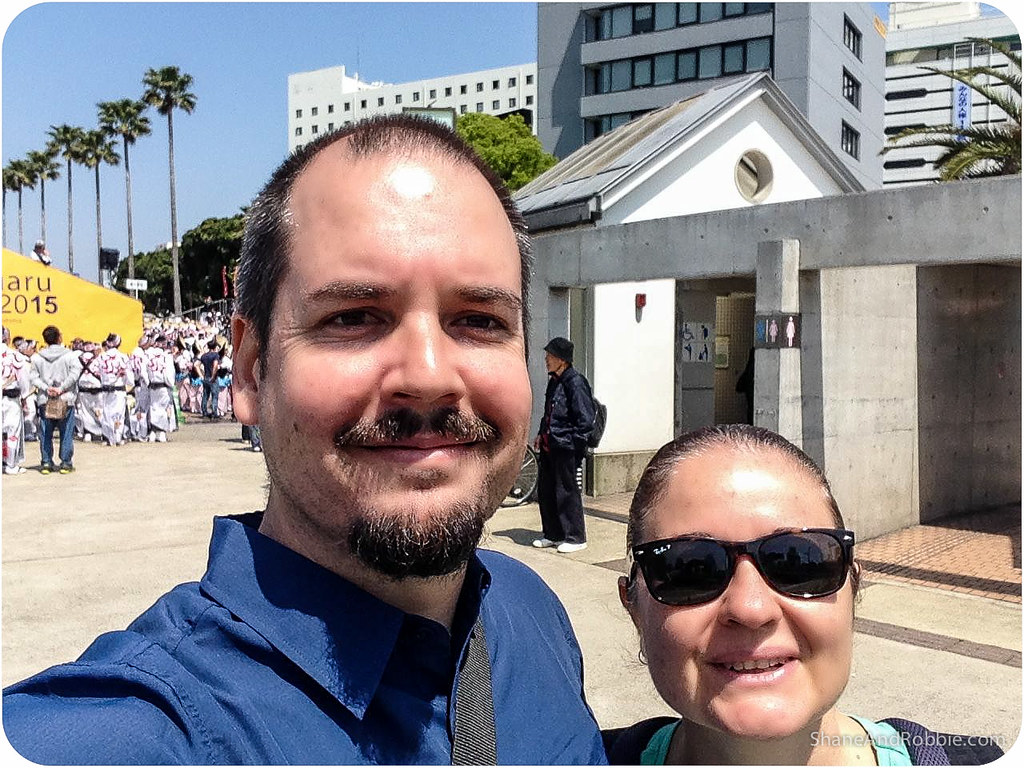