VIEWS OVER EDINBURGH FROM CASTLE HILL

Edinburgh Castle towers over the city below, providing spectacular views over the town below and surrounding landscape. There has been a fortress of some kind on Castle Hill since the Iron Age, and as Edinburgh and the Kingdom of Scotland grew in wealth, so did its castle. Today it’s Scotland’s most visited tourist attraction, a UNESCO World Heritage Site, and one of the most iconic symbols of Scotland. It’s also supposedly haunted…. With credentials like that, we decided the castle had to be our very first stop here in Edinburgh! 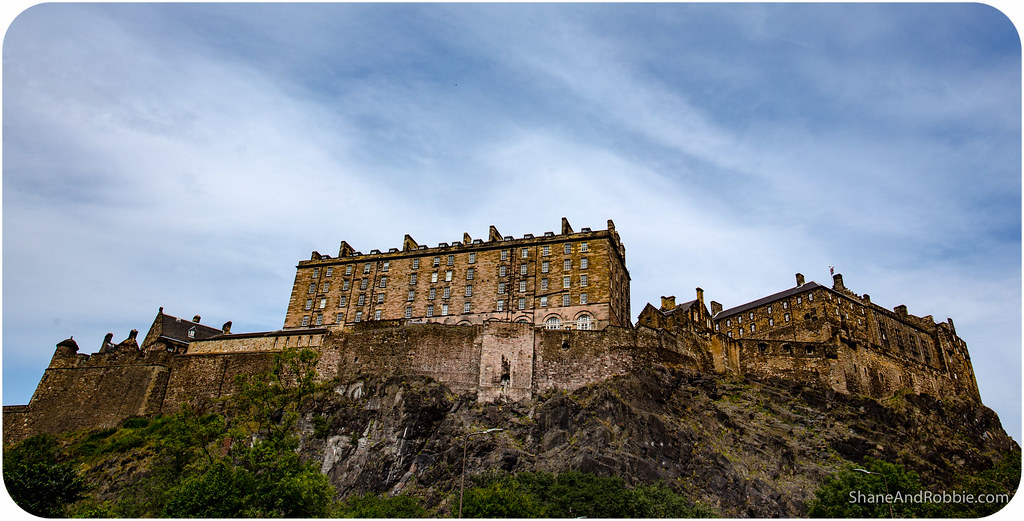 We caught the early morning train out of Inverness, keen to get to Edinburgh with a full afternoon to spare. Or at least I was keen, Shane less so (he’s become accustomed to this “being on holiday long term” business and dragging him out of bed at 7:00am this morning did NOT make me popular). 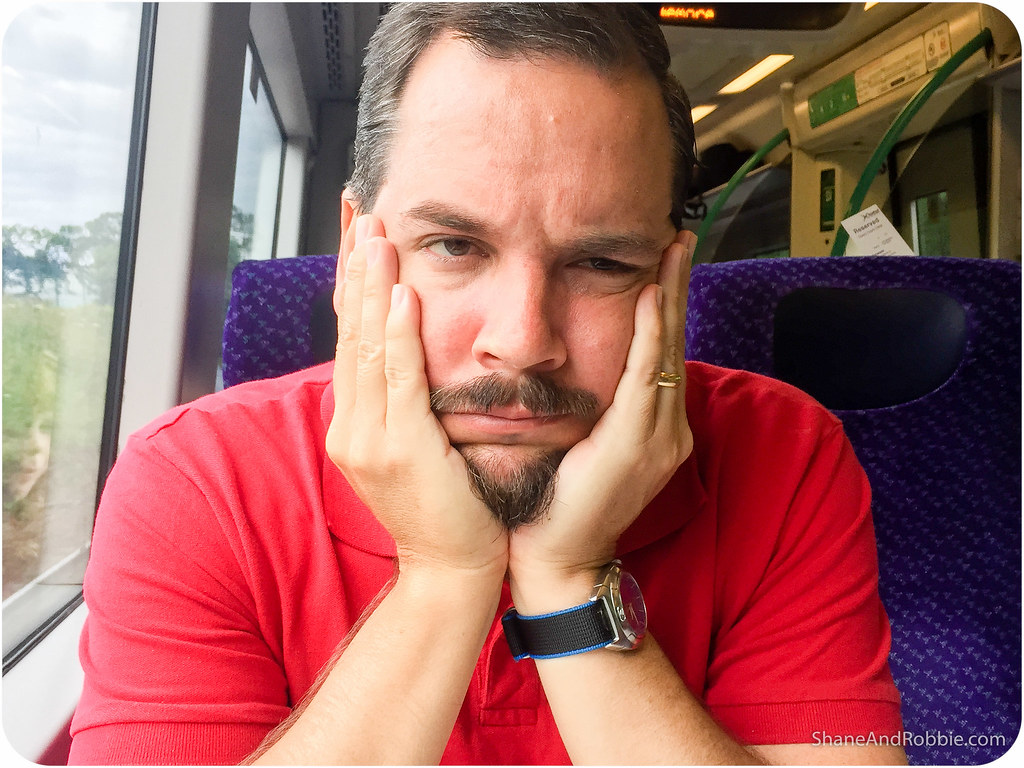 The train ride down from Inverness past through the fertile agricultural plains of central Scotland, a region with lots to see but one we chose to by-pass this time ‘round in favour of having more time in the wilds of the northern Highlands. All we got to see of central Scotland were flashes of golden wheat fields, and stretches of green meadows full of sheep and cows. It’s a shame we couldn’t fit it ALL in, but it’s good to have something to come back for, right?! 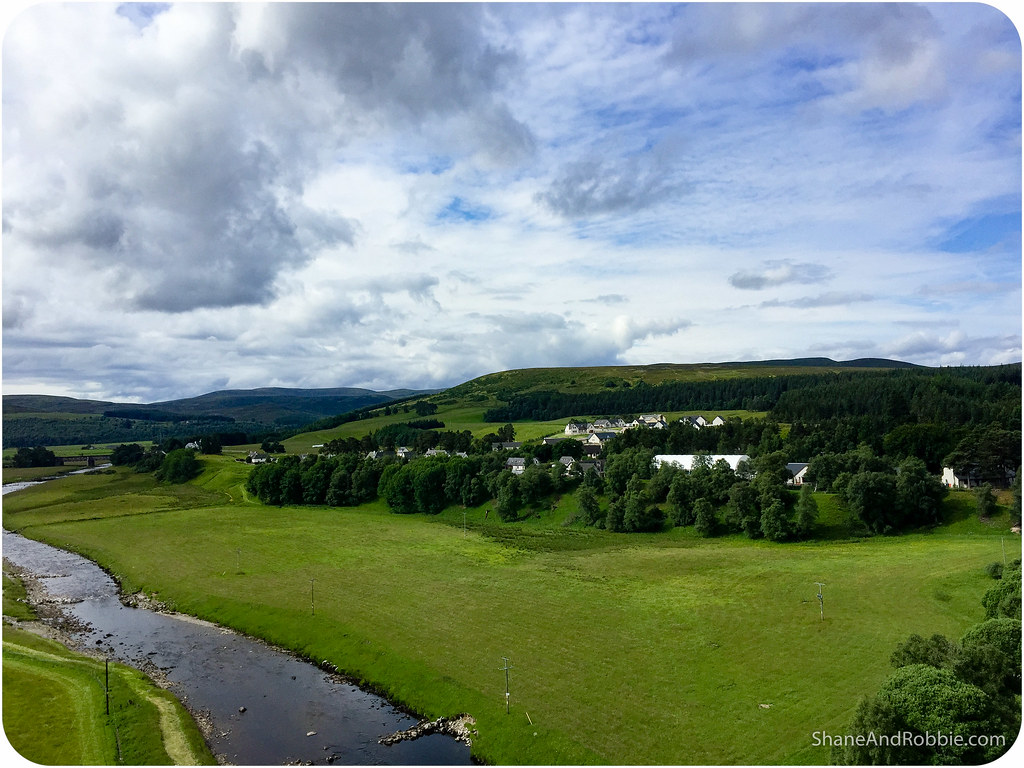 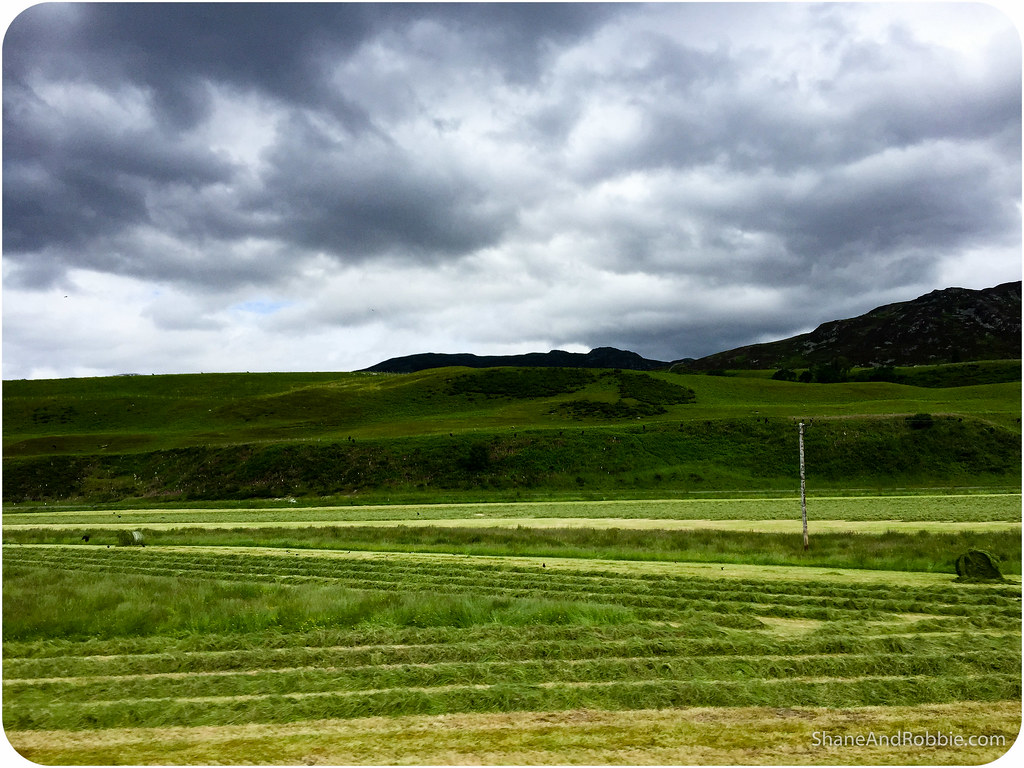 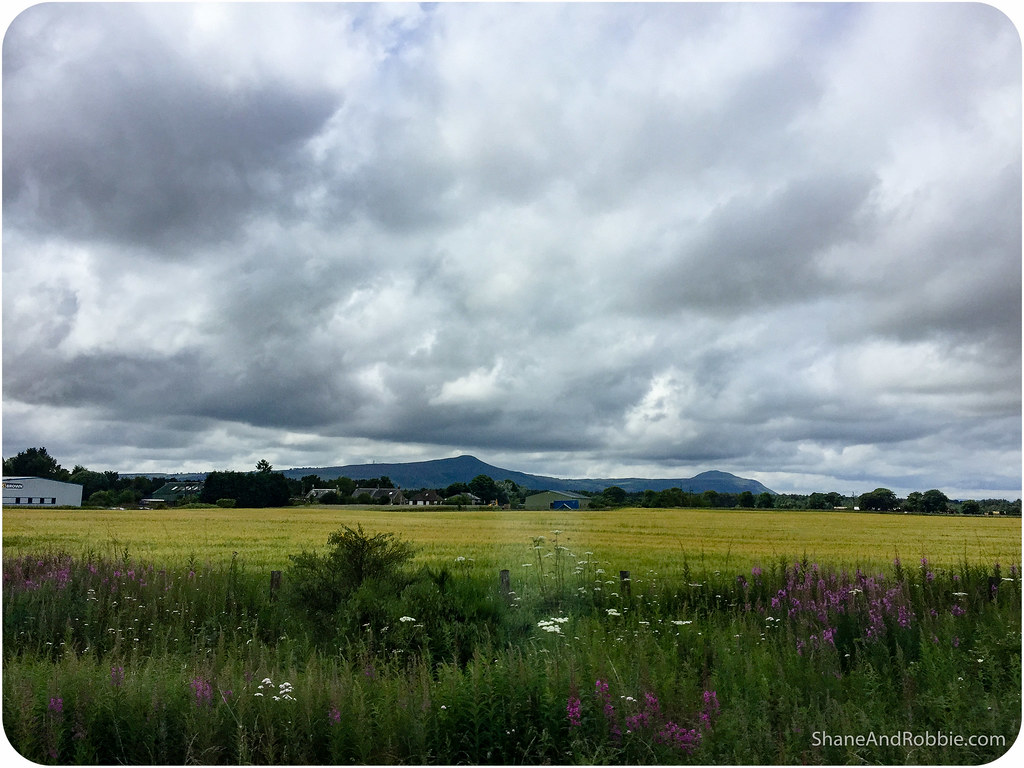 We arrived in Edinburgh around lunchtime and found our digs for the next few nights easily enough. The place we’re staying in is close to the city and seemed like great value when we booked it: we get a studio apartment, complete with kitchenette, for just £60 (about $120AUD*) per night. Turns out it’s a set of university dorms that are rented out to tourists when the students are off for the summer! The apartment is pretty basic, but clean and comfortable, which is all we need. It’s also nice to be able to cook a few meals for ourselves for a change.

*That’s CHEAP for a hotel in Edinburgh in the summer! This place is popular and you pay a premium for being within walking distance of the Old Town, castle, and other major sights. 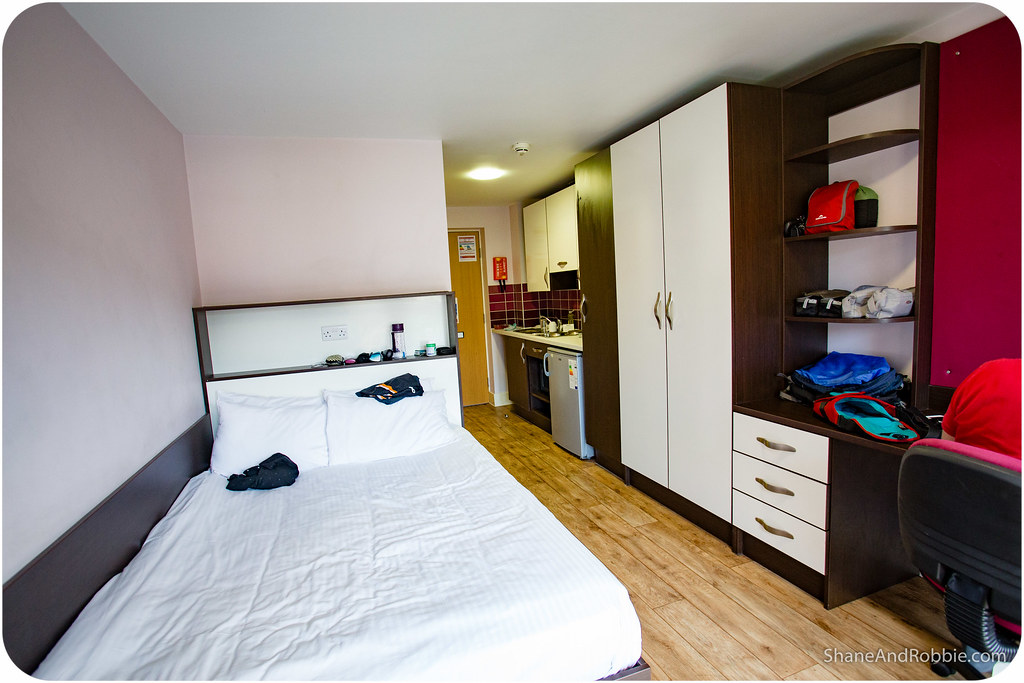 Once we’d checked in, dropped our bags off and refuelled (i.e. had lunch), we headed straight out to Edinburgh’s Old Town and up the steep concourse to Castle Hill. The rest of our afternoon was spent exploring the immense castle on the rock. It was awesome! 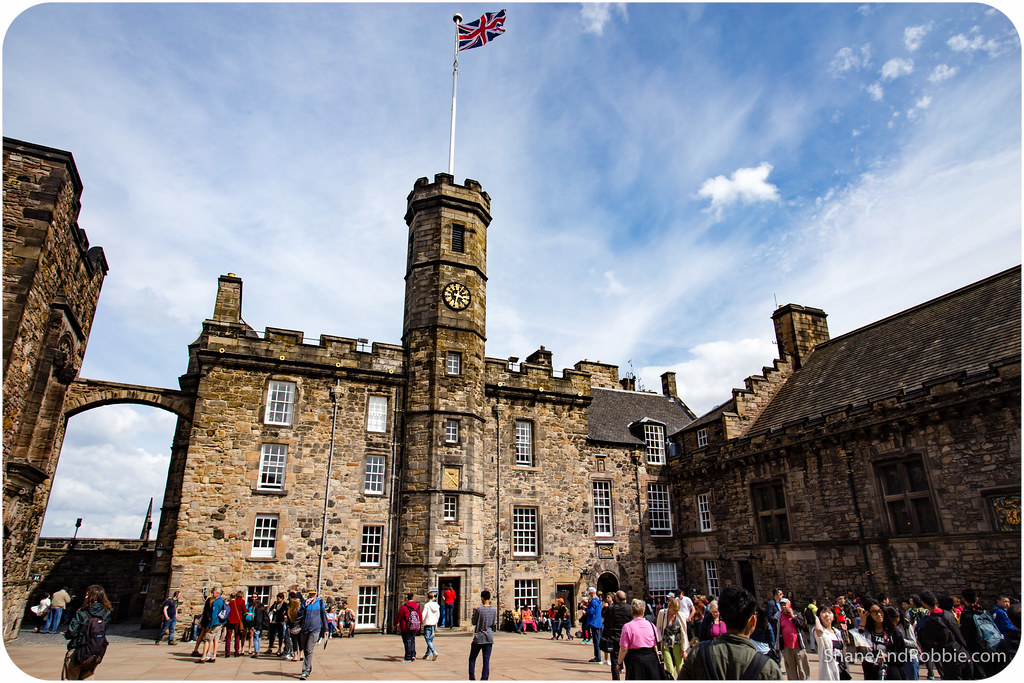 Edinburgh Castle sits on top of Castle Hill, an extinct volcano flanked to the north, south and west by sheer cliffs rising 100m up; the only way to access the hilltop is to climb up the steep road on the eastern side. This was of huge strategic and defensive benefit in times gone past, which is why there has been a fortress on Castle Hill for 2,000 years. 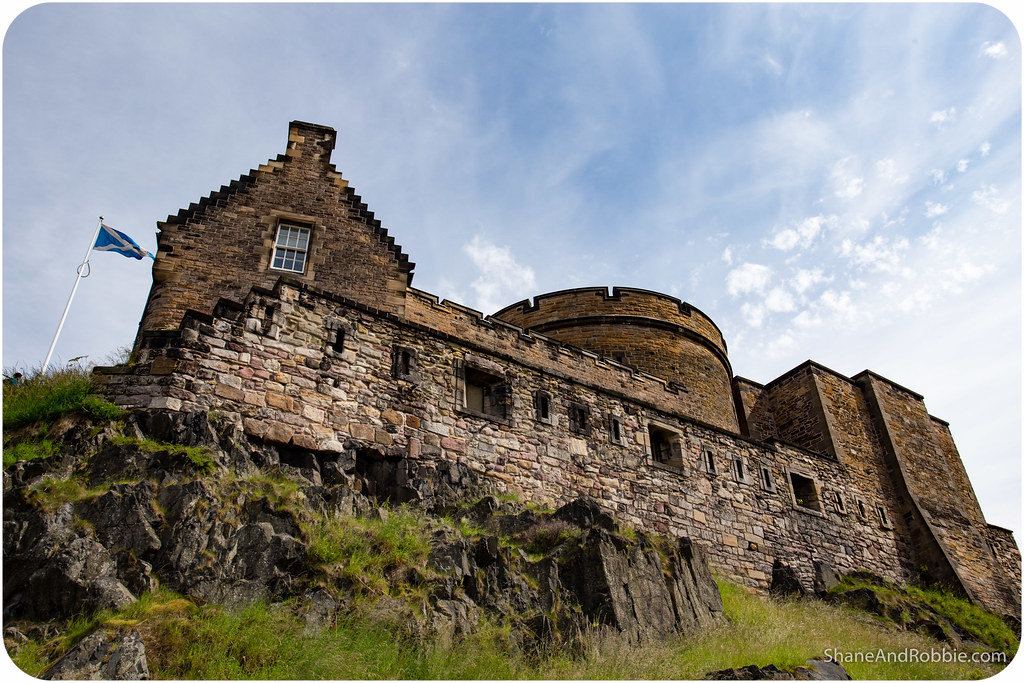 The oldest parts of the existing castle date back to the 12th century, though most of the buildings date from the 16th and 17th centuries. It’s certainly not the prettiest of the castles we’ve seen in Scotland, but Edinburgh Castle certainly is impressive. 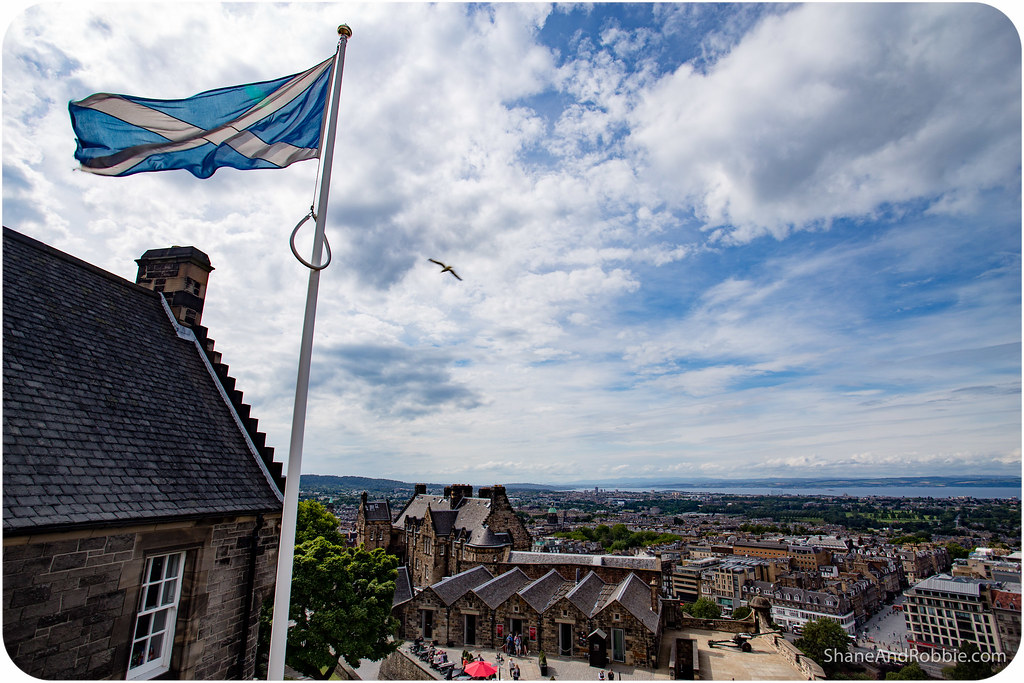 Given its importance it’s unsurprising to learn that the castle was the focal point of many conflicts, from the Wars of Scottish Independence in the 14th century to the Jacobite Rising of the 1700s. We learnt today that Edinburgh Castle was besieged at least 26 times in its 1,100 year history. 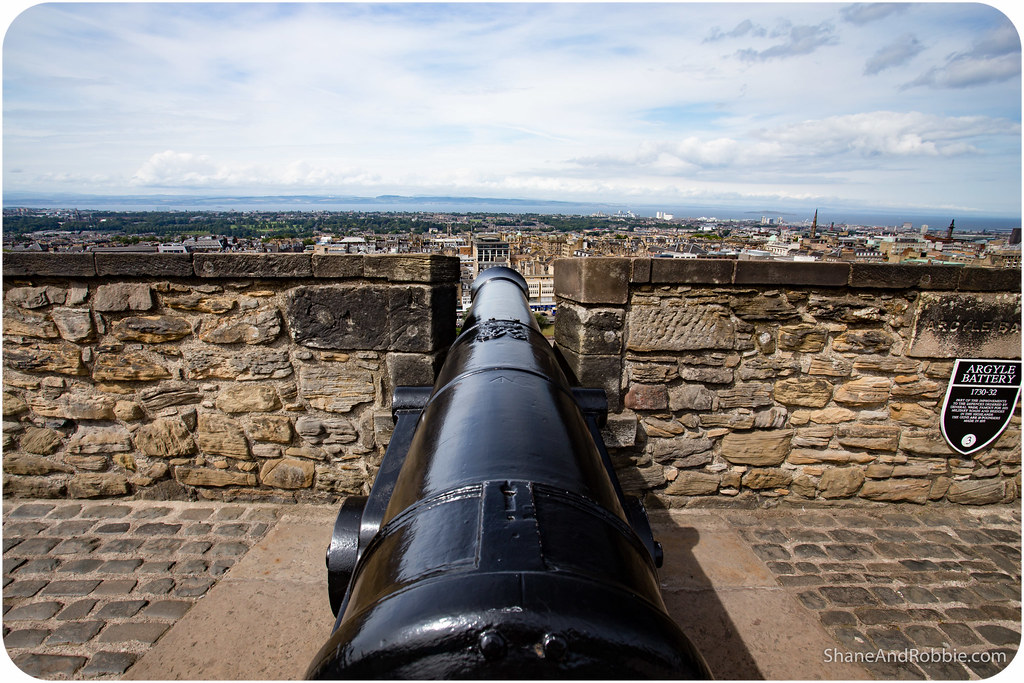 The castle was a royal residence until the union of the Scottish and English kingdoms in the 17th century, at which point it was used primarily as military barracks. The castle is still used by the British military today and also houses the Scottish War Memorial, which we got to visit this afternoon. 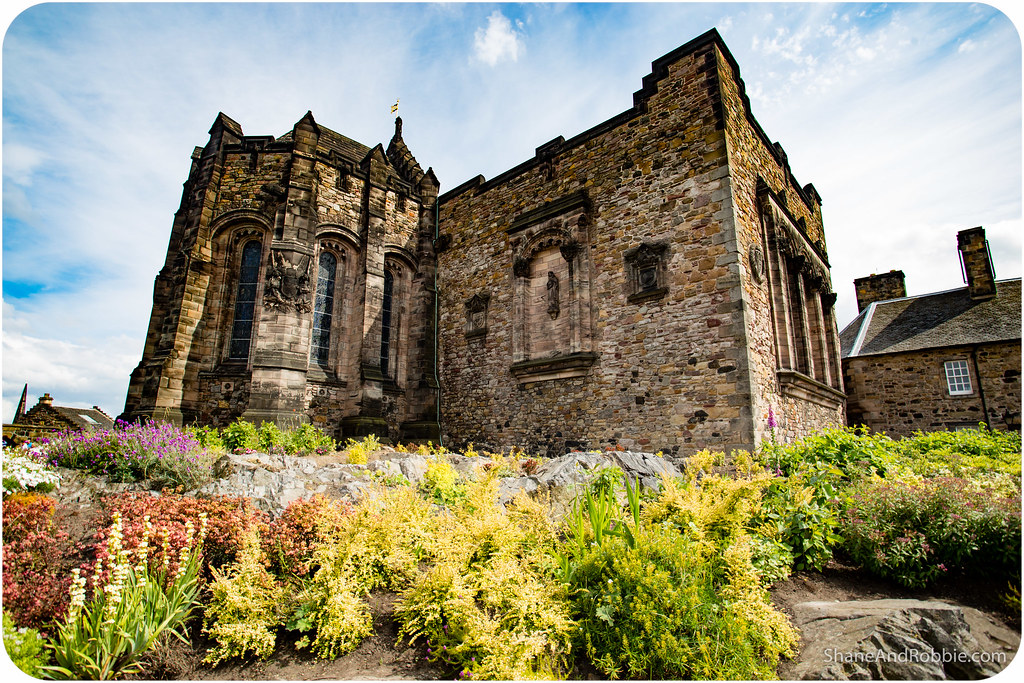 We also stopped in to visit St Margaret’s Chapel, the oldest building in Edinburgh Castle which dates from the early 12th century. The chapel is named after Margaret, a princess from Wessex who fled to Scotland after the Norman conquest of what is now northern England and was canonised in 1050 due to her good works. It’s a tiny little Romanesque chapel with beautiful stained glass windows depicting various early Christian Scottish saints. There’s also a window showing William Wallace in full battle armour, fighting the English during the Scottish War of Independence. 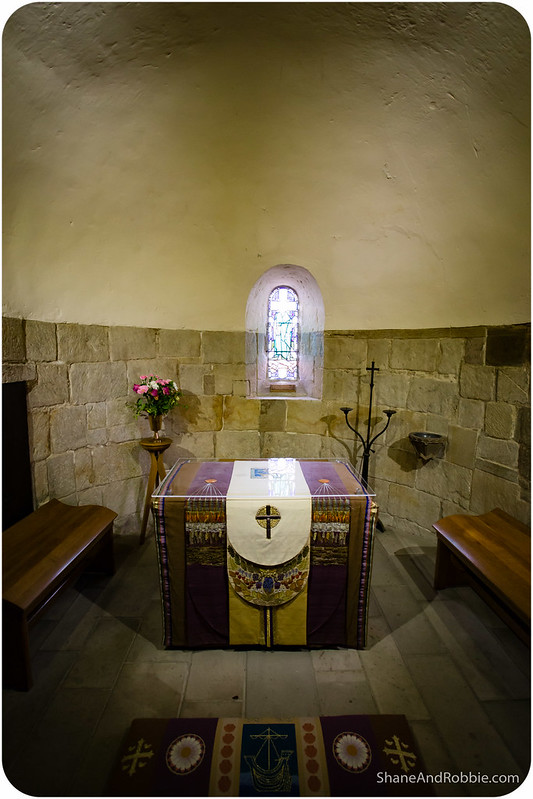 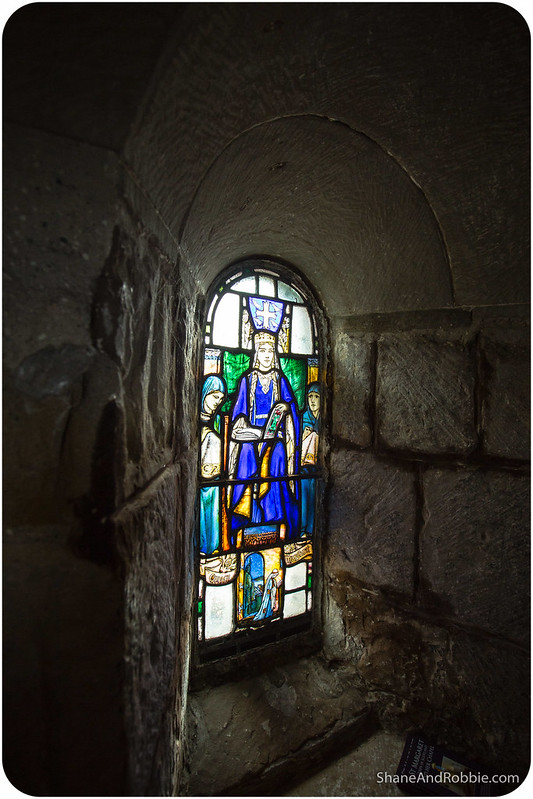 The Great Hall was awesome, with its display or armour and weaponry, and the impressive wooden roof which was built in 1511 using no nails or screws. 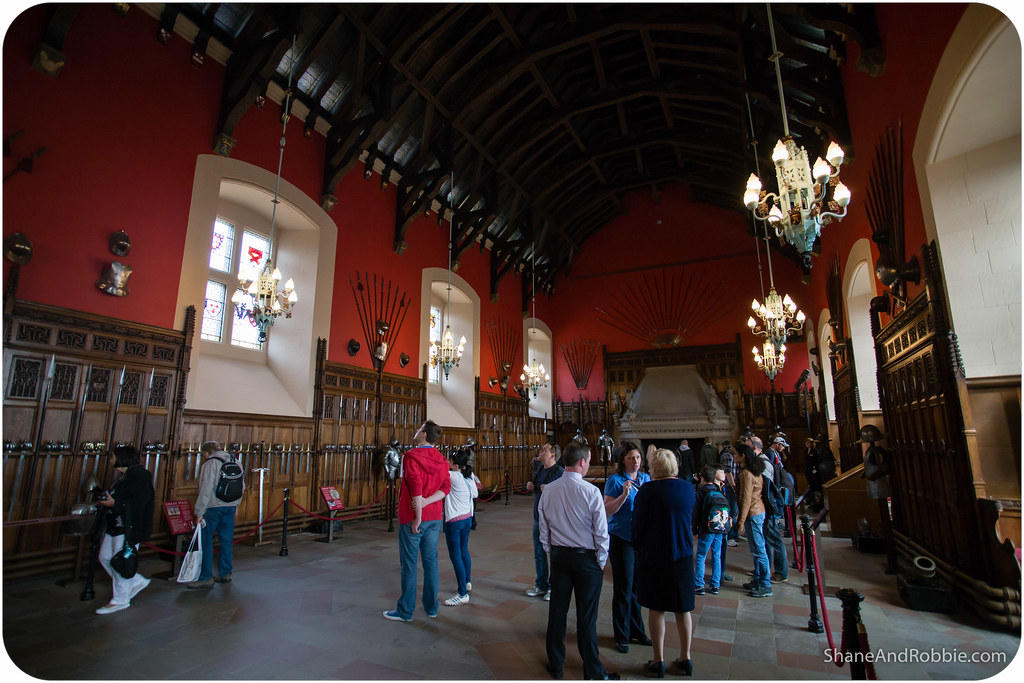 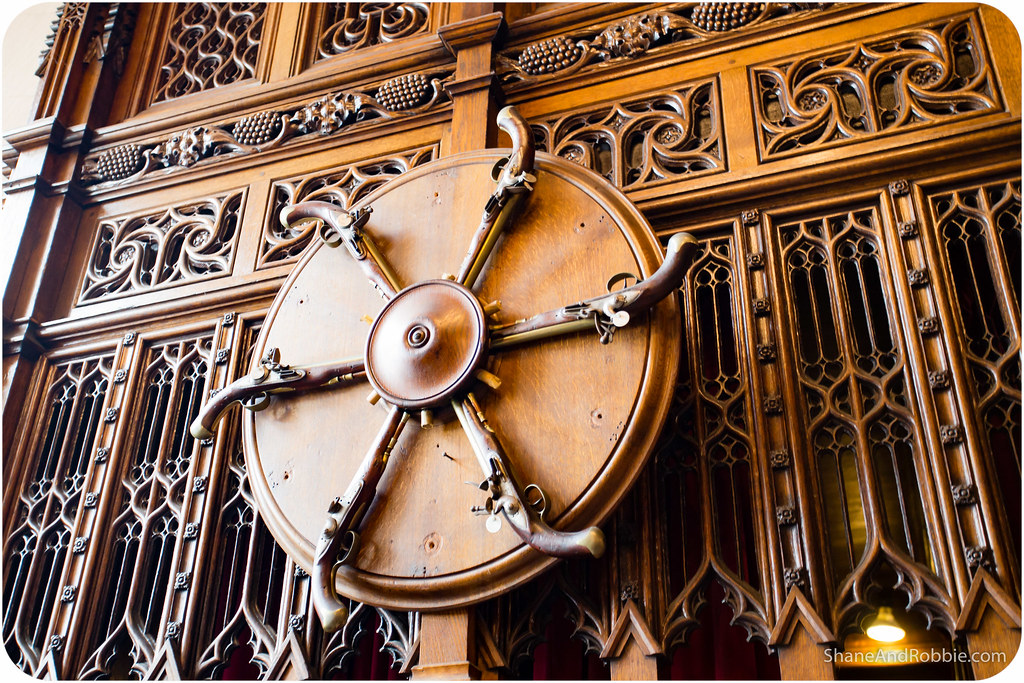 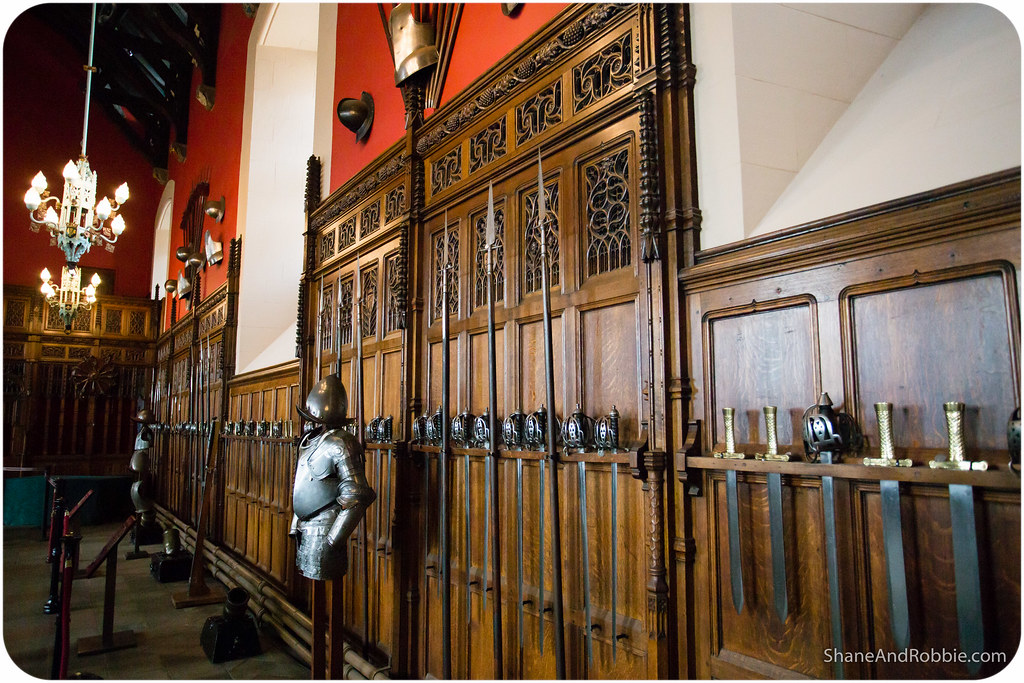 We also got to see the Scottish Crown Jewels and the Stone of Destiny (no photos allowed). The Stone of Destiny has been part of the coronation ceremonies of most monarchs of Great Britain. After centuries of residing in England, it was returned in 1996 to Scotland and has been in the castle ever since. Next door to where the Crown Jewels are kept we got to see some of the restored Royal Apartments which were somewhat austere and uninspiring, but nice enough. 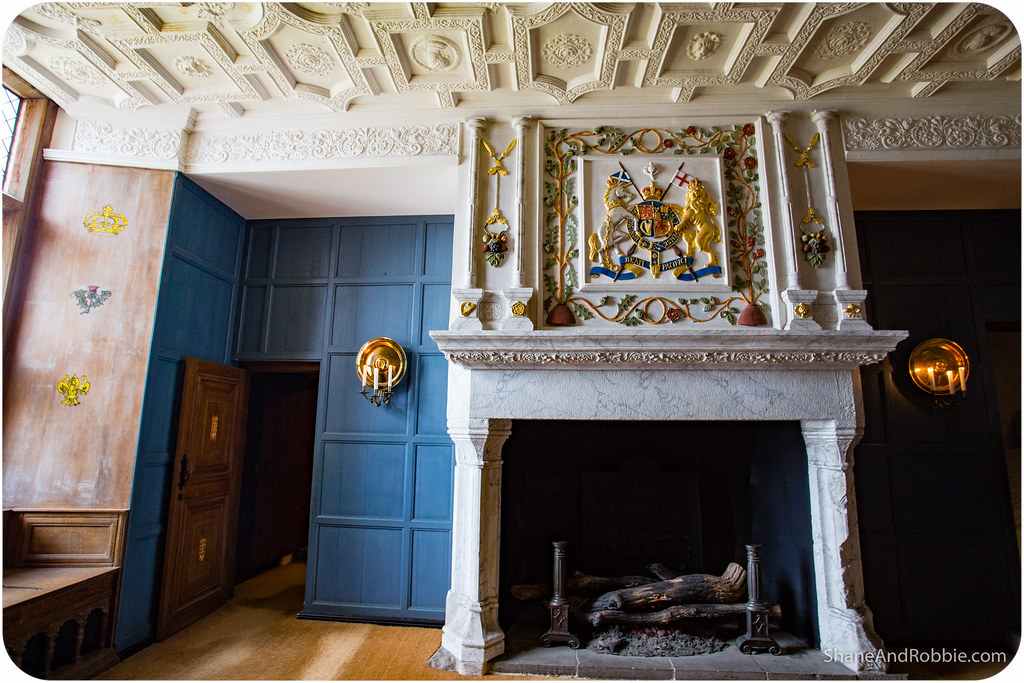 One of our final stops at Edinburgh Castle were The Vaults, where prisoners-of-war were held, and the dungeons. It was here we learnt a little about the castle’s supernatural reputation. Turns out Edinburgh Castle is one of the most haunted spots in Scotland! Over the years visitors to the castle have reported hearing a phantom piper*, seeing a headless drummer boy, and encountering the spirits of French prisoners kept in The Vaults during the Seven Years War. Spooky stuff! No ghosts were on duty today, however, and we made it out of Edinburgh castle unmolested by other-worldly spirits.

*Here’s a juicy tale to be shared over a drink on a dark night: apparently there are a series of secret tunnels leading from Edinburgh castle down to the Palace of Holyrood, the premier royal residence in Scotland (even today it’s still a royal residence). The story seems to be that, when the tunnels were first discovered several hundred years ago, a piper was sent to explore them. As he navigated the tunnels he played his bagpipes so that his progress could be tracked by those above. At one point, however, the piping suddenly stopped. When a rescue party was sent, there was no trace of the piper to be found – he had simply vanished. Several search parties went into the tunnel system but no trace of the piper was ever found. The piper’s ghost still haunts Edinburgh today, walking endlessly along the underground tunnels beneath the castle, mournfully playing his pipes. 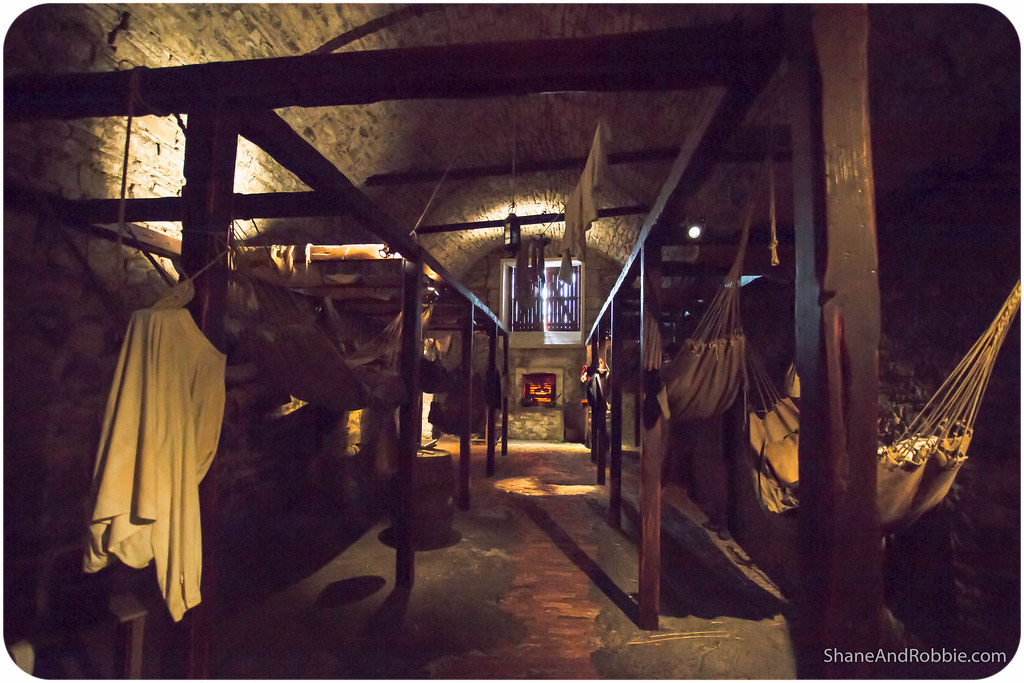 Exploring the castle took up our whole afternoon so we didn’t get to see any more of Edinburgh. We’ve got a couple more days in town however to do more exploring, so join us again if you want to see more of this intriguing city! 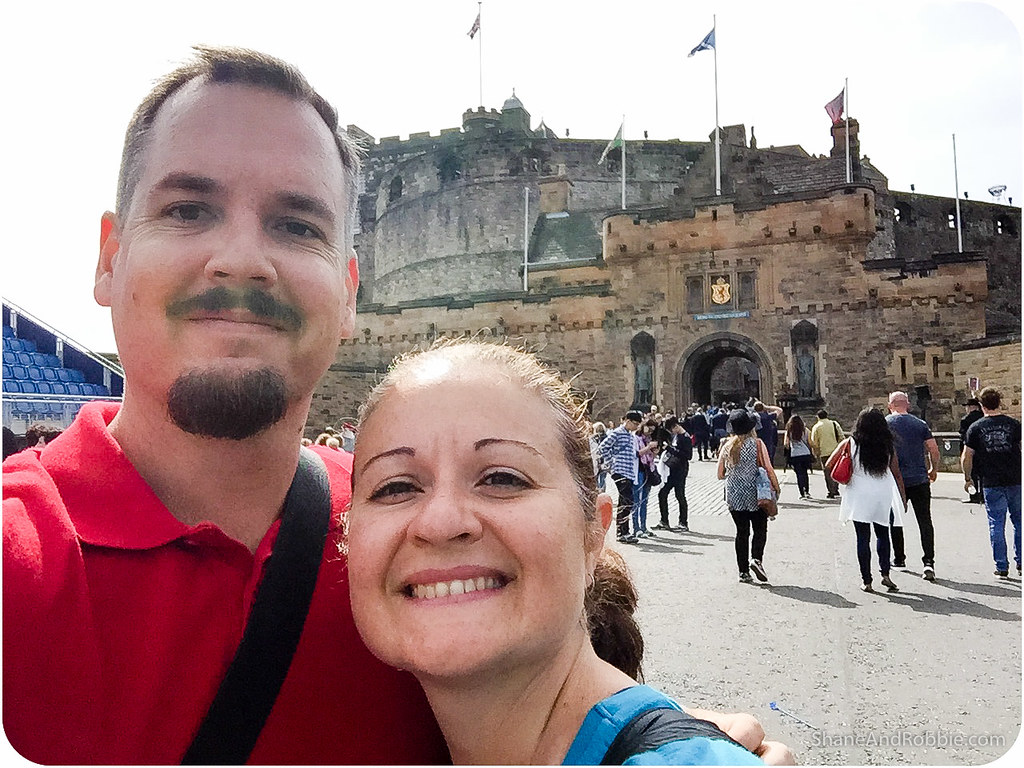