Edinburgh is charming! The Old Town has a wonderful Medieval feel to it, with its cobbled streets, Gothic architecture, and wynds (i.e. tiny, narrow alleys). And the New Town is brimming with beautiful 18th century stone buildings, parks, and wide boulevards that lend it a grand, dignified air. It’s no wonder both parts of the city have been listed as UNESCO World Heritage Sites. By making Edinburgh our last stop in Scotland we really feel like we’ve saved the best ‘til last!

After weeks up in the Highlands where it was rare to see more than a handful of people in a day, we were worried about how crowded and chaotic Edinburgh would feel, but it’s great. For a big city (population: 1.3 million), Edinburgh still has a great “small town” feel to it that we felt instantly comfortable with. The city also has an air of grandeur about it that’s hard to ignore – hardly surprising given this has been the capital of Scotland since the 15th century. Edinburgh is also home to the Scottish Parliament; the seat of the monarchy in Scotland; home to Scotland’s oldest university; and the largest financial centre in the UK after London. This a city with some serious credentials! 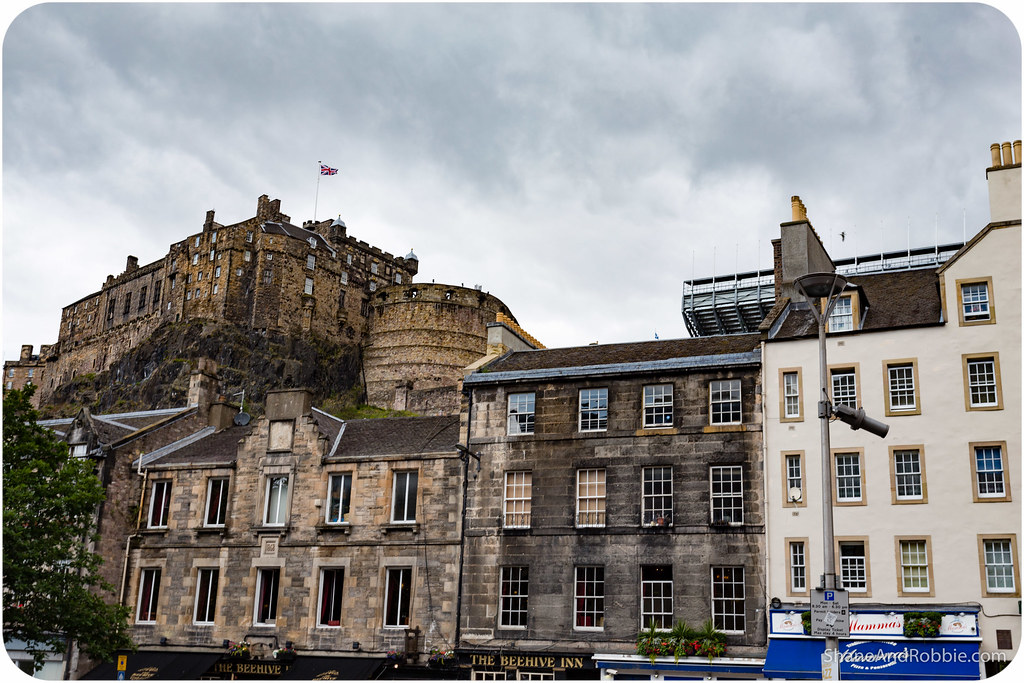 Compared to many other British cities Edinburgh never underwent any large scale industrialised development*; instead the economy is now based mainly on financial services, scientific research, higher education, and tourism. The city was also purposefully planned to make the most of the hilly terrain and keep the city as pleasantly liveable as possible. We had a great day exploring some of the sights around the New Town and the Old Town, soaking in Edinburgh’s vibe.

*The lack of industrialisation goes some way to explain why the cityscape is so well preserved and why Edinburgh has such a different “feel” to it, compared to Glasgow. 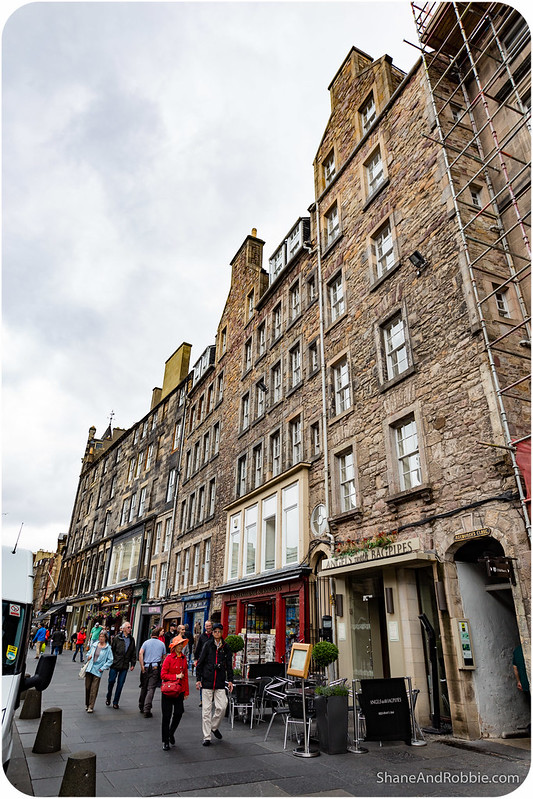 Central to Edinburgh’s cityscape is The Royal Mile, a wide boulevard flanked by 3 and 4 storey buildings dating from the 14th to 17th centuries that starts at Holyrood Palace and ends at the gates of Edinburgh Castle. The Royal Mile is in many ways the heart of the city; this is where Edinburgh was born and is still a focal point for the city. We started our self-guided walking tour of the city here, stopping to take photos and admire the grand old buildings along the way. 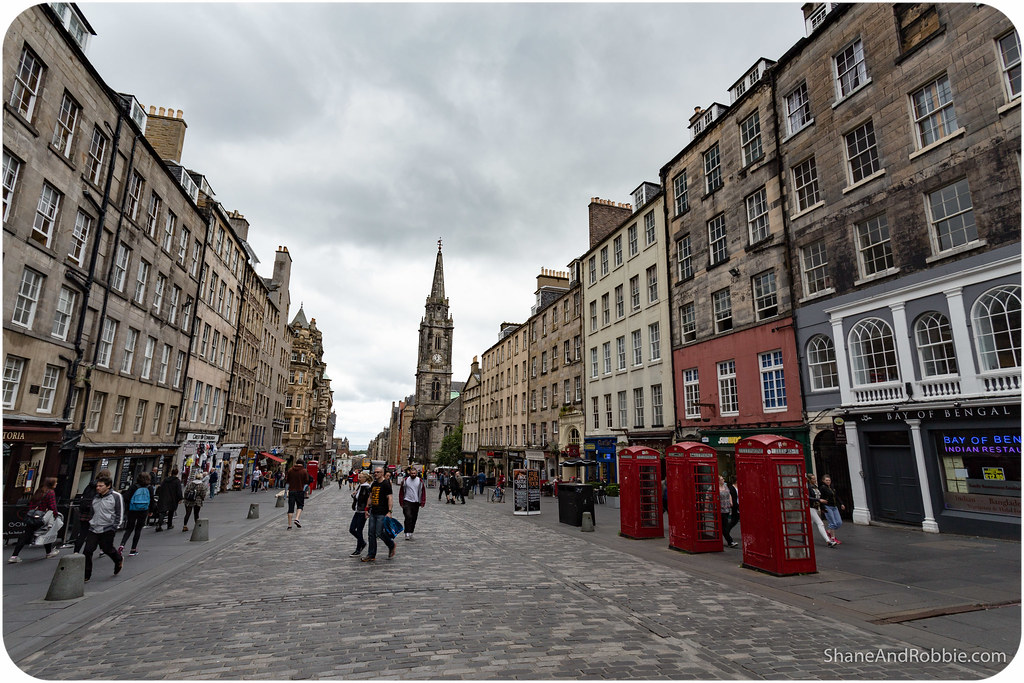 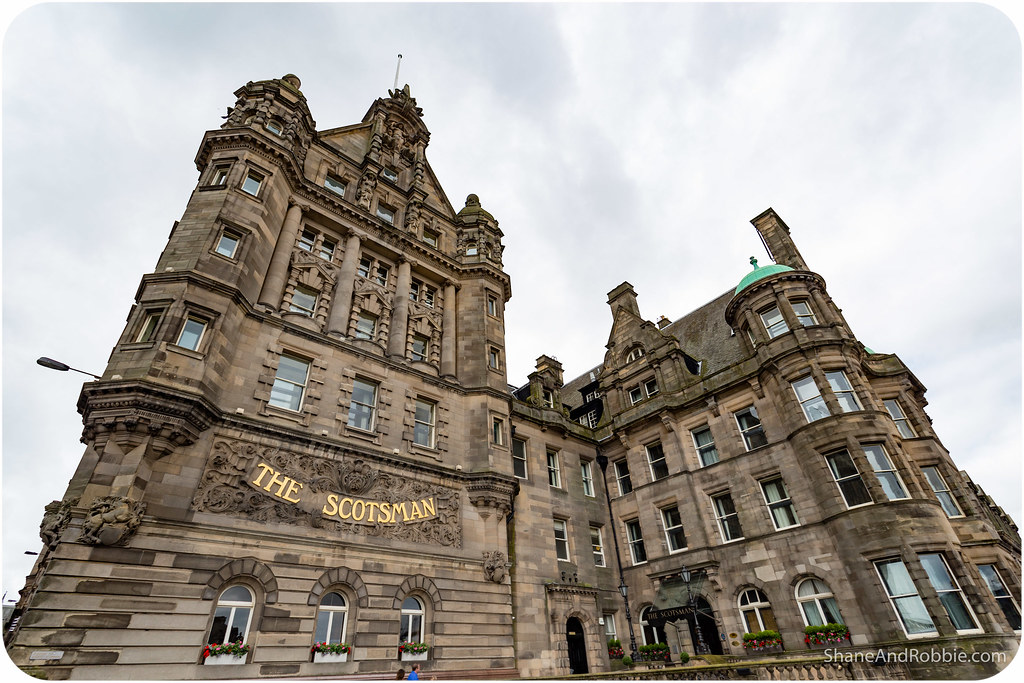 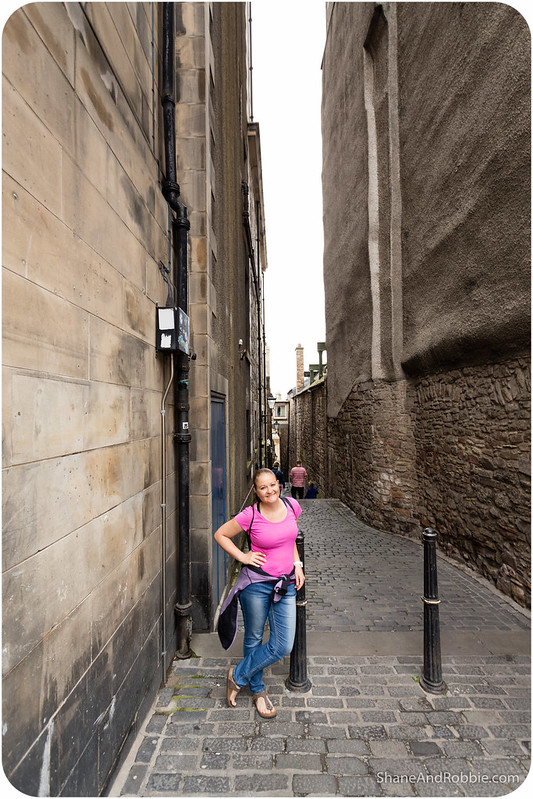 One of the key attractions along The Royal Mile is St Giles Cathedral, Edinburgh’s central church. Built in the 14th century the cathedral is Gothic in design and wonderfully gloomy. The 19th century stained glass windows add a splash of colour to the atmosphere, helping make it a little less sombre. 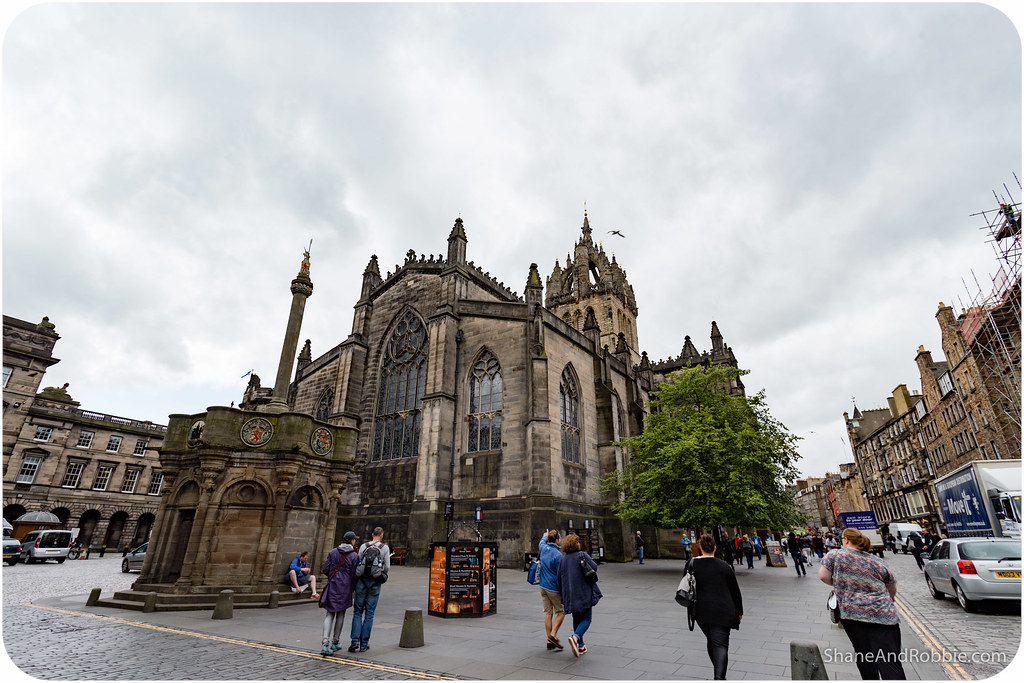 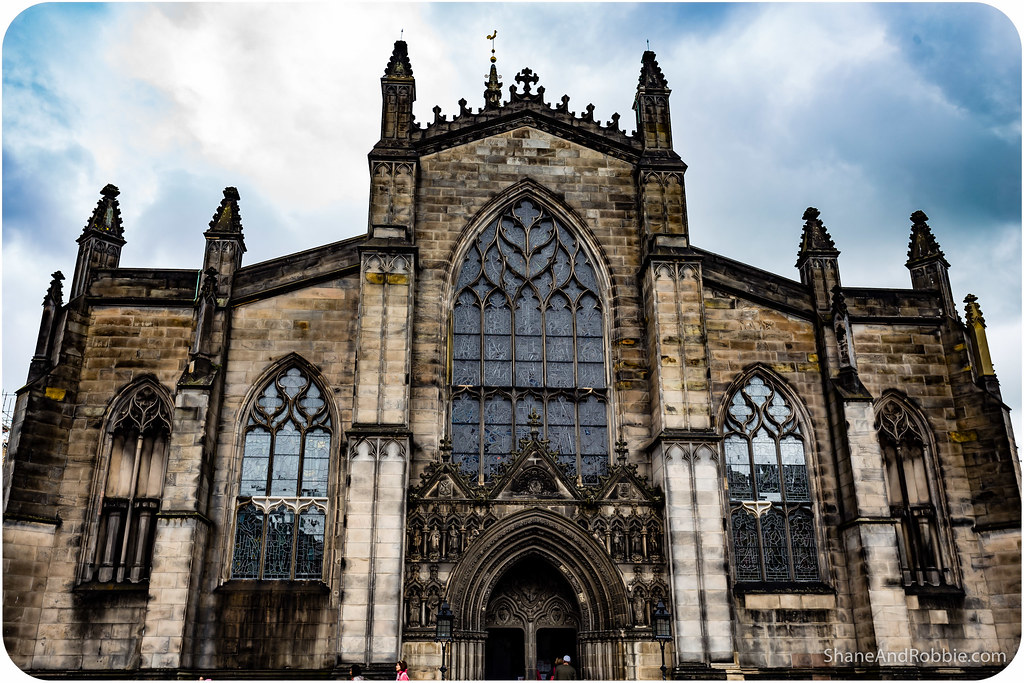 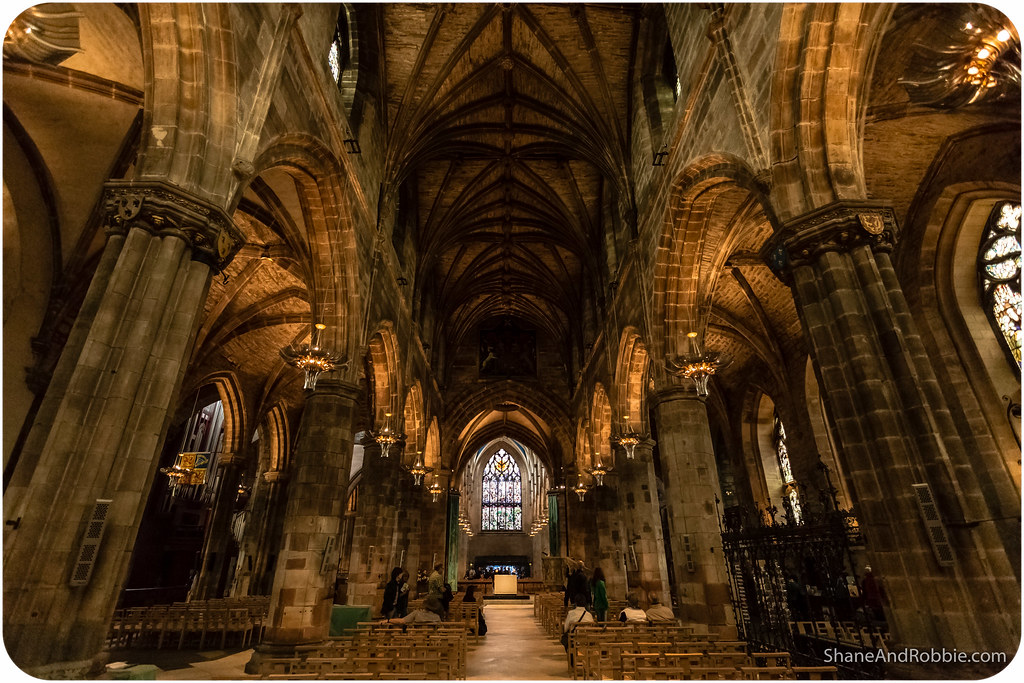 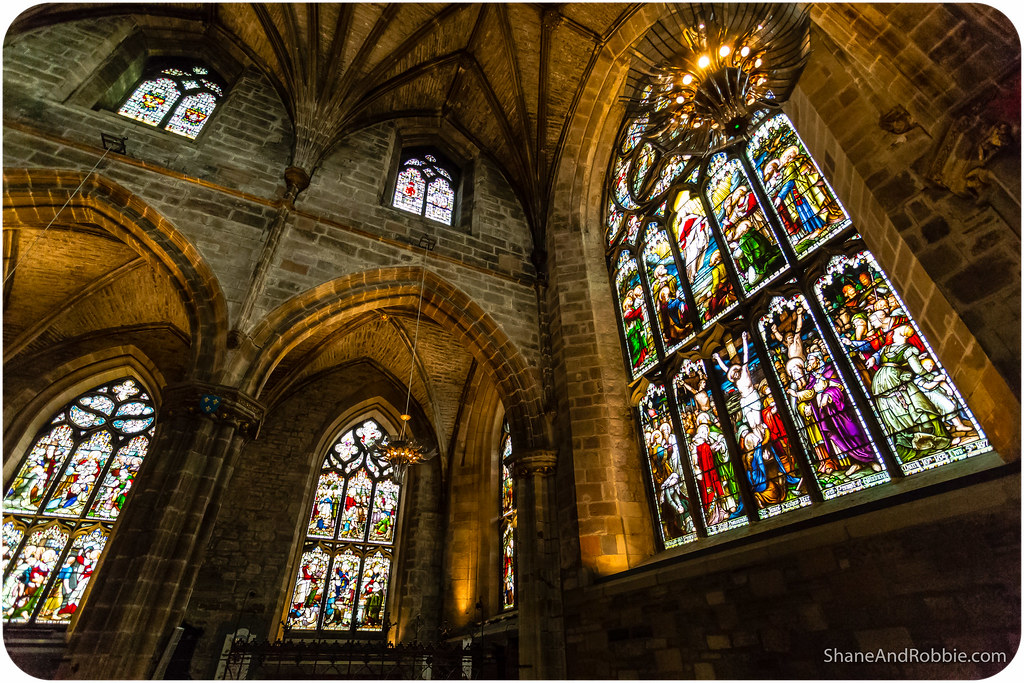 We turned off The Royal Mile about half way down to climb up Calton Hill, one of the 7 hills Edinburgh’s built on. The hill was once home to Edinburgh’s prison but is now adorned with a number of monuments dedicated to various beloved sons of the city. The main reason we went up there was to enjoy the views and get a bird’s-eye view of the town. We were not disappointed! 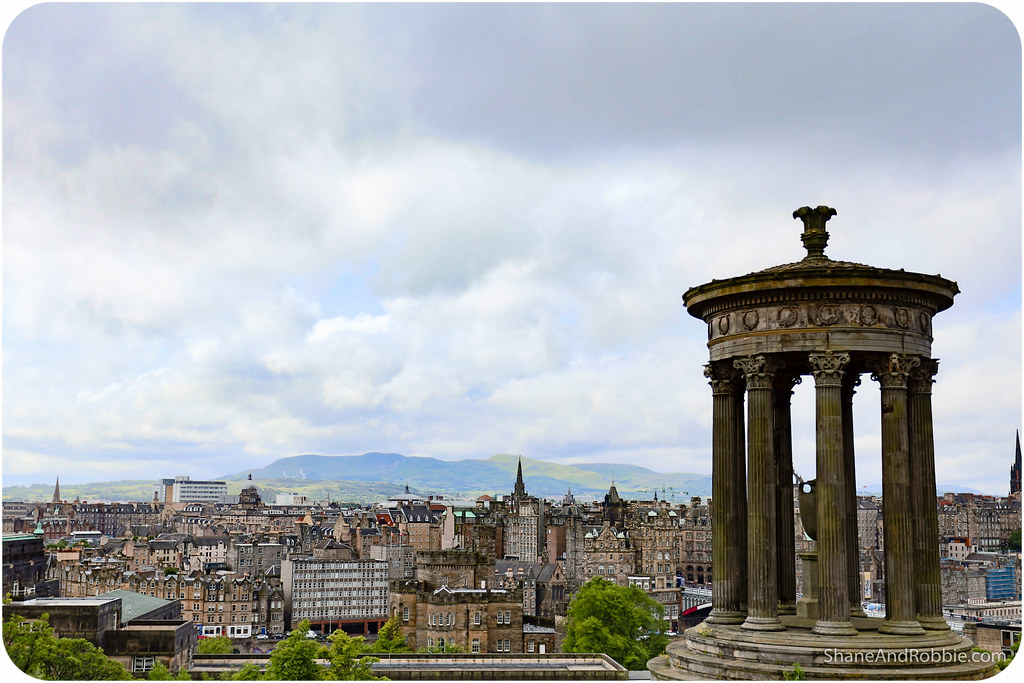 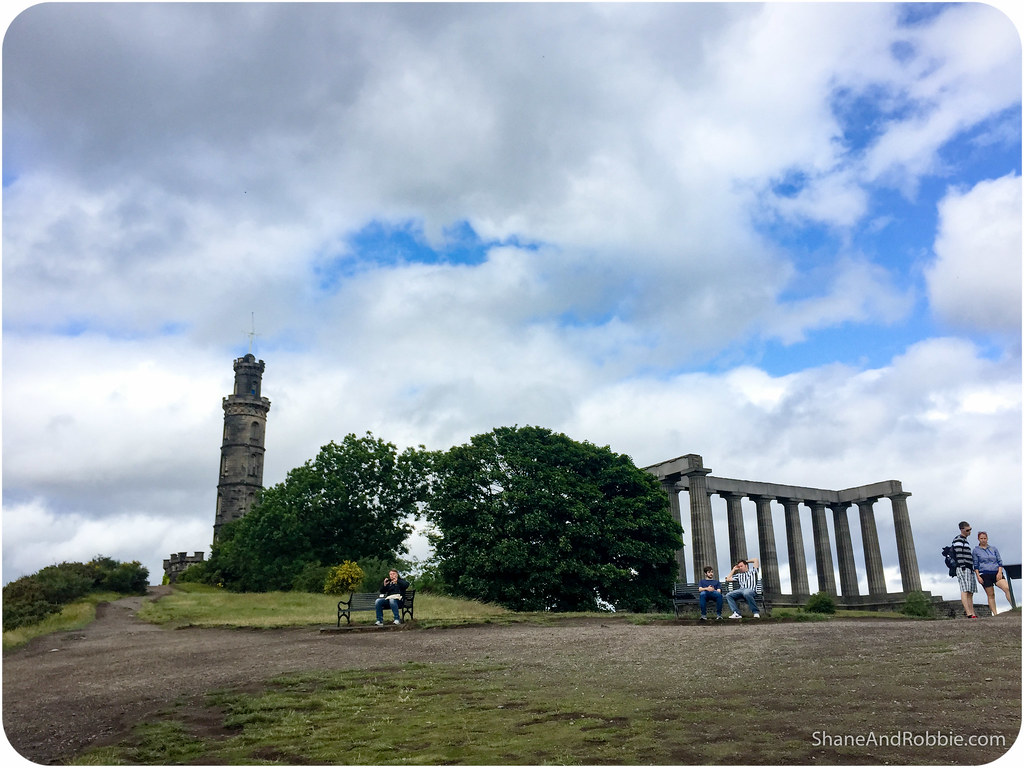 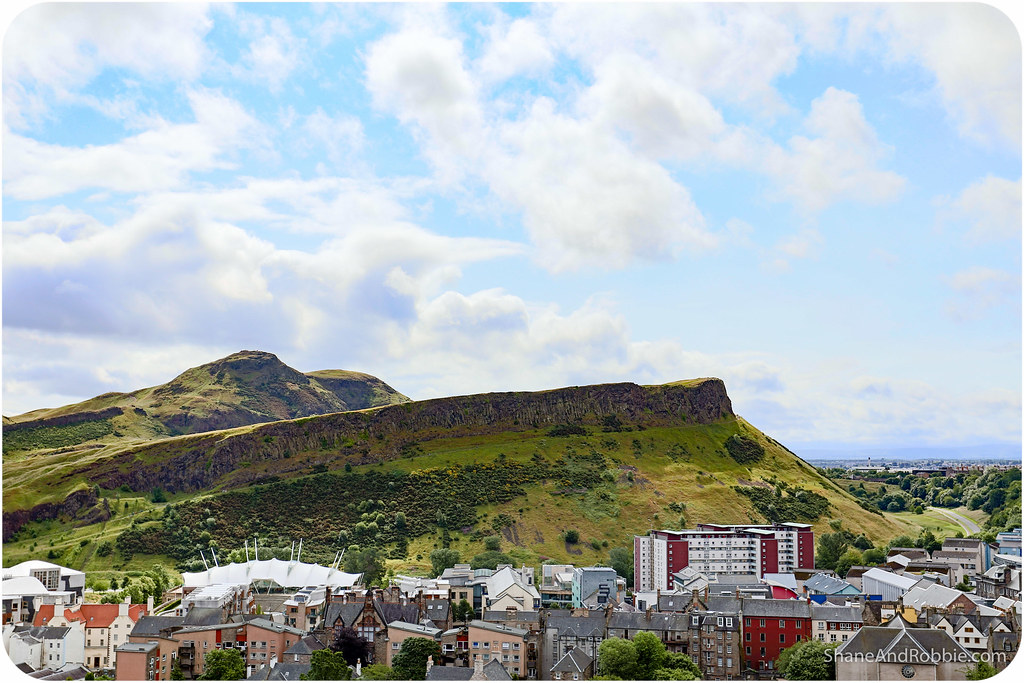 Coming down from Calton Hill we ended up on Princes Street, Edinburgh’s premier shopping street and the dividing line between the Medieval Old Town and the Neo-classical New Town. The beautifully preserved Georgian buildings, designer boutiques, and high-end restaurants were a testament to the street’s gentrified appeal. 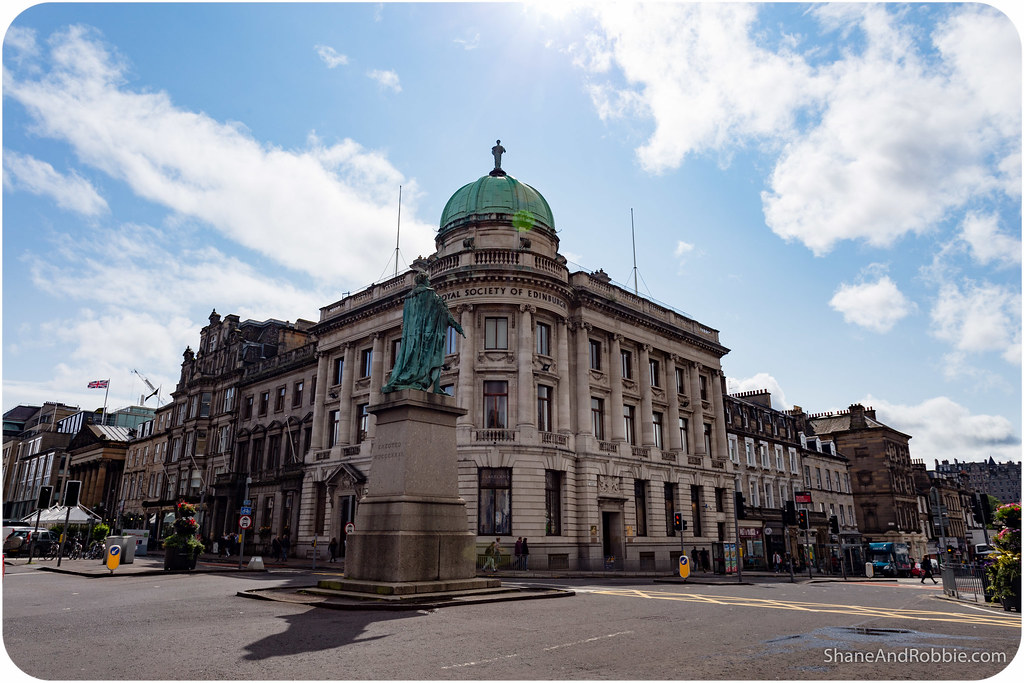 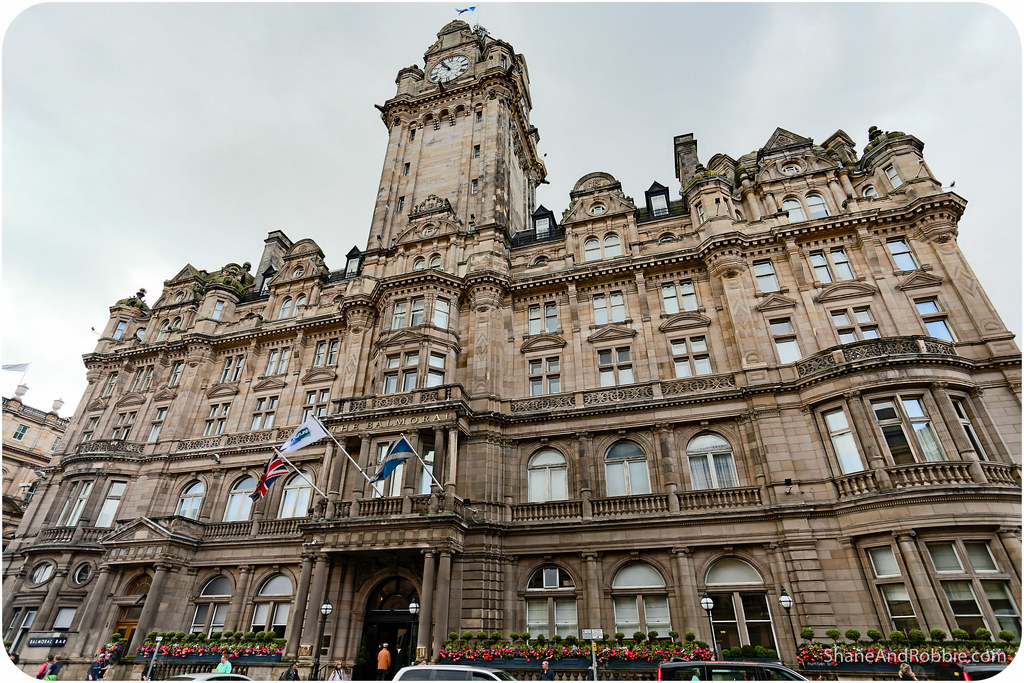 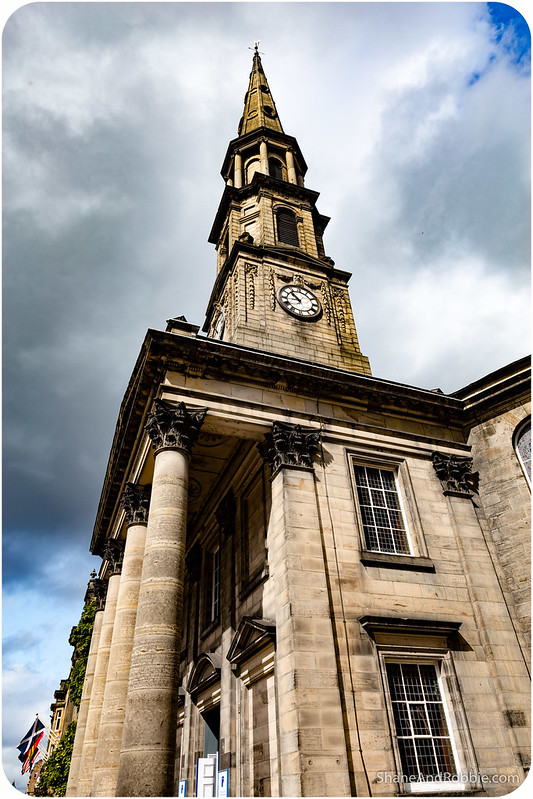 The decision to construct New Town was undertaken in the 18th century after overcrowding inside the Old Town city walls reached breaking point. To prevent an exodus of wealthy citizens from the city an expansion was planned. As the successive stages of the New Town were developed, the rich moved northwards from cramped tenements in narrow closes into grand Georgian homes on wide roads, overlooking green parklands. However, the poor remained in the Old Town down below, creating a geographical divide based on class and wealth that still exists today, to some extent. 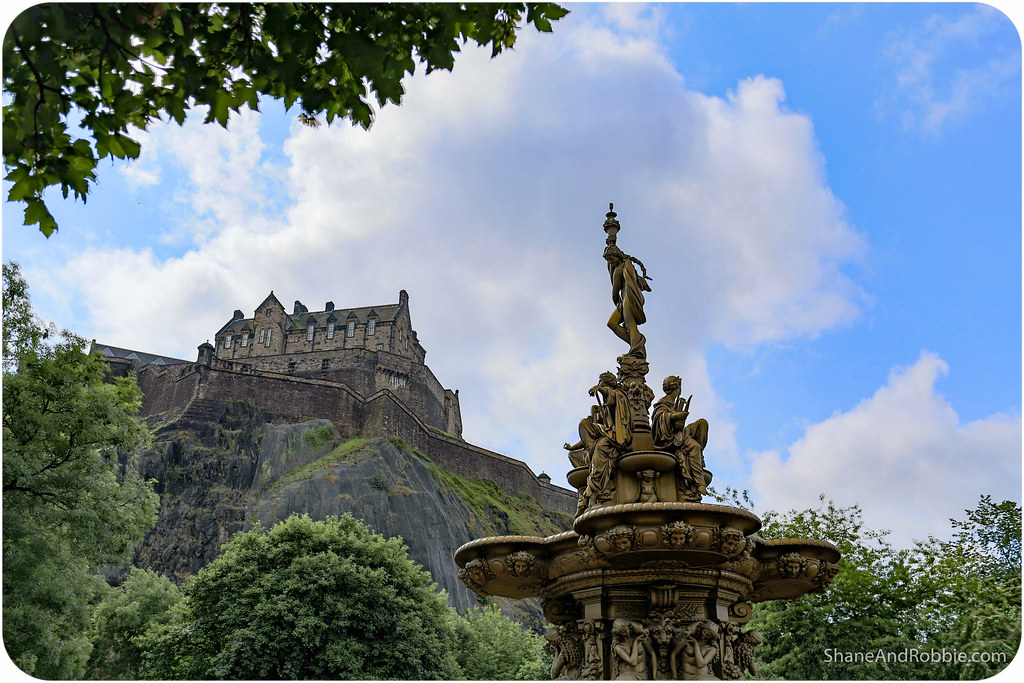 By this stage the temperamental Scottish weather had decided it was time for some rain so we made our way to the Scottish National Museum where we happily spent the afternoon. Across 6 floors the museum covered the geological, political, social, and economic history of Scotland from the ice age until now. There were heaps of great artefacts on display, lots of information to try and absorb, and the views from the rooftop terrace gave us yet another great view over the city. 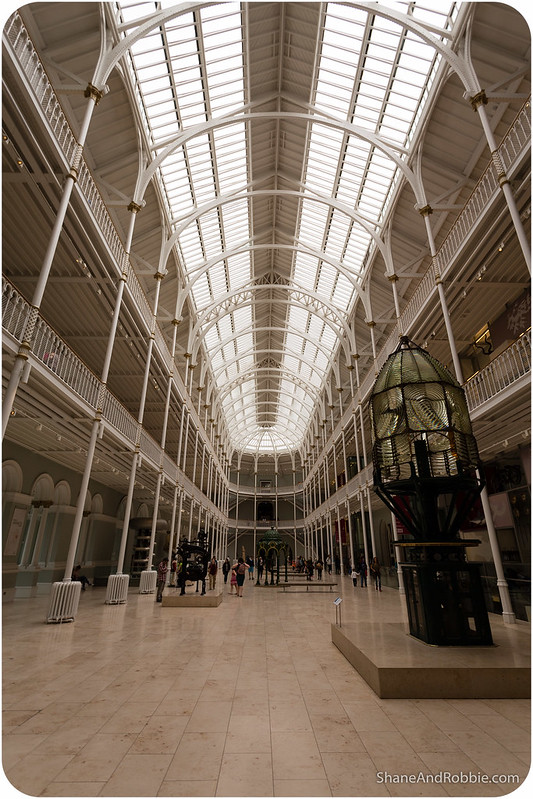 Just across the road from the museum we came across the memorial statue of Greyfriars Bobby, a Skye Terrier who supposedly spent 14 years guarding the grave of his owner until he died himself on the 14th of January 1872. The puppy and his sorely missed owner are buried at the Greyfriars Graveyard next door. Seeing the statue reminded us of the statue of Hachiko* we saw in Tokyo – seems stories of canine loyalty are universally loved!

*Hachiko was an Akita owned by a Japanese university professor. Each day the dog would wait for the professor to return from work outside Shibuya station in Tokyo. One day, in May 1925, the professor did not return (he died unexpectedly). Each day for the next 10 years, Hachiko returned to the station at the same time each afternoon, awaiting his owner’s return. 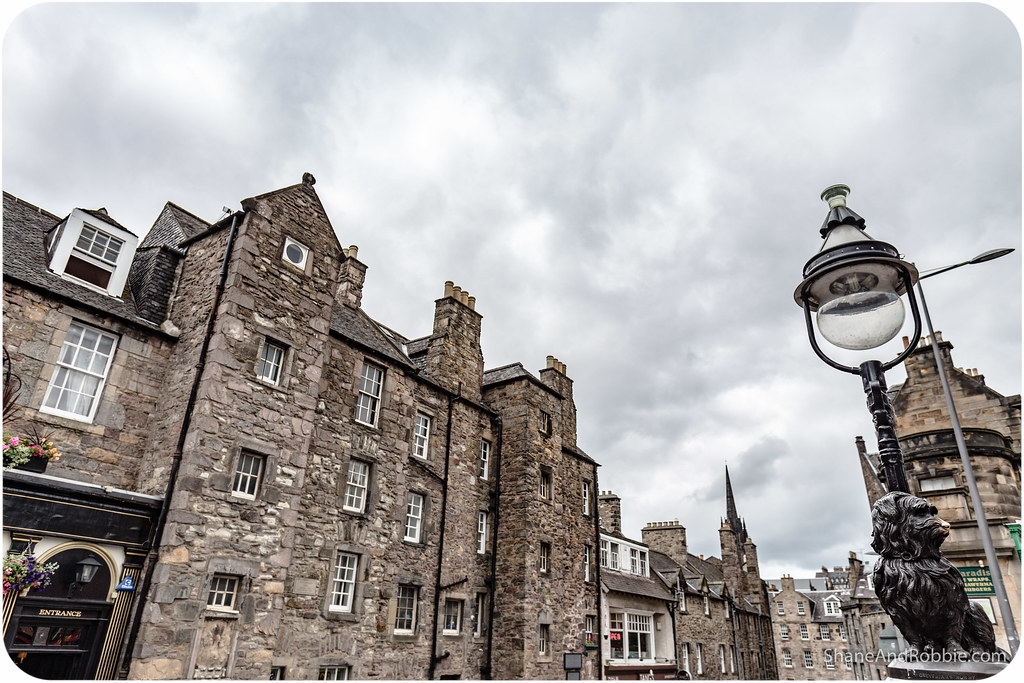 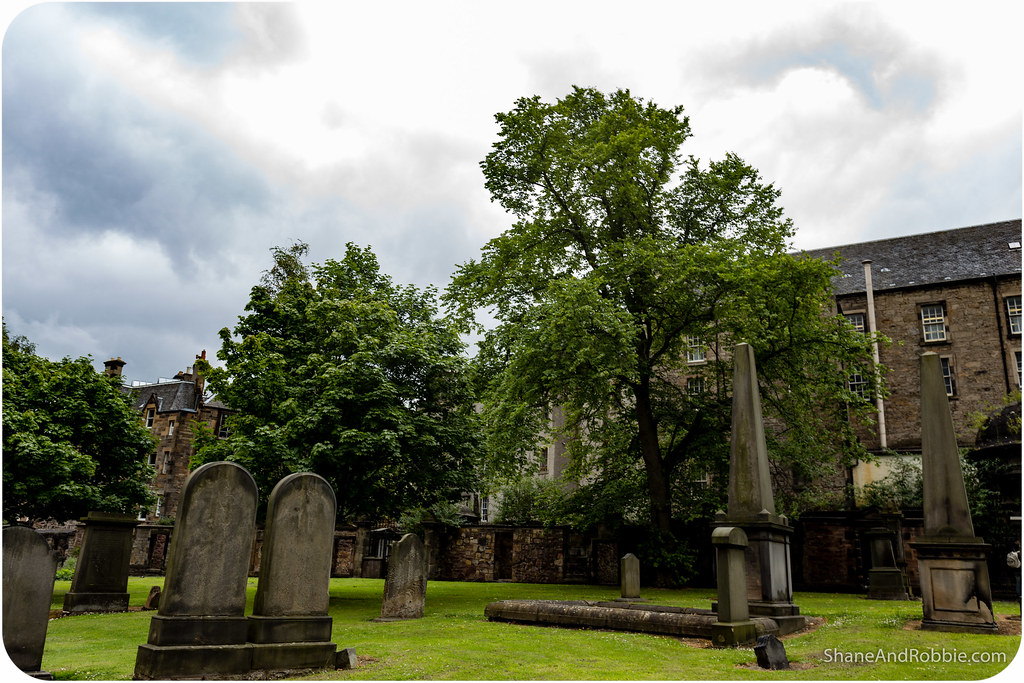 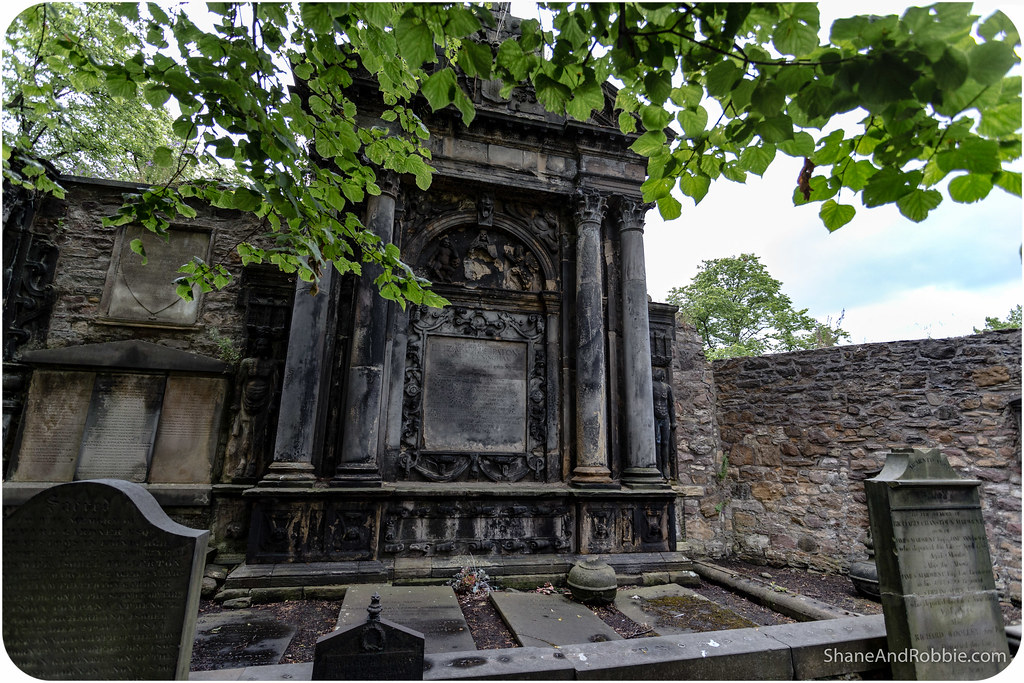 We’re now back in our little apartment, watching yet more rain fall outside and feeling content and relaxed after a great day’s explorations around Edinburgh. This really is a wonderful city and one we’d happily return to. 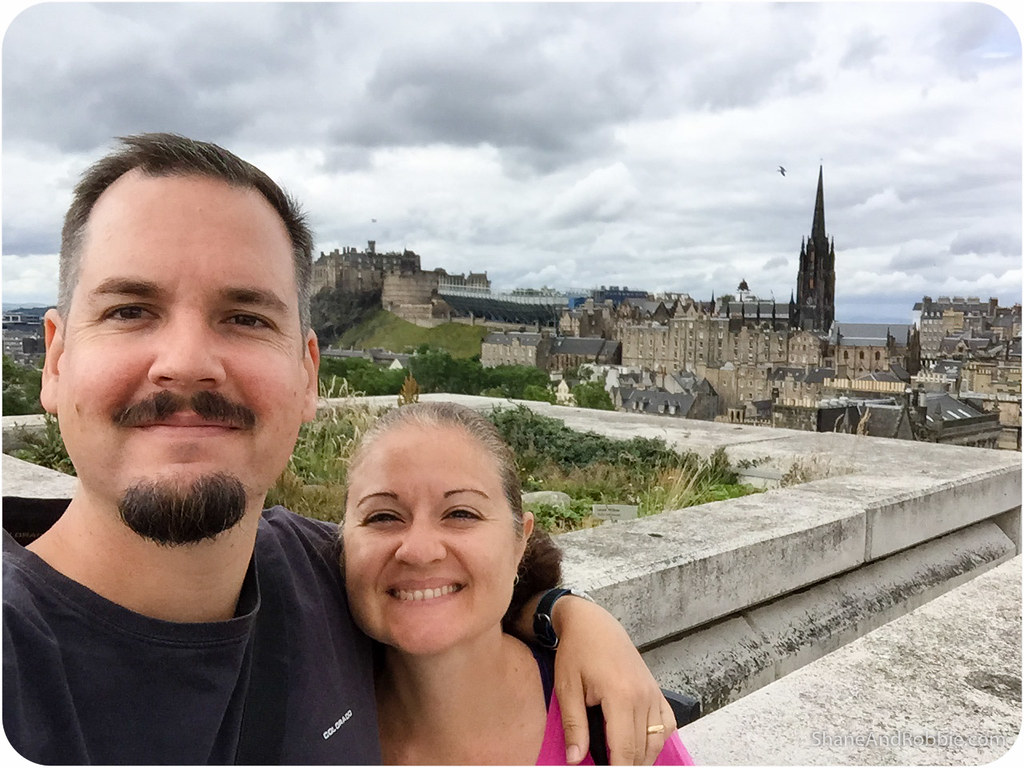