GETTING COSY IN THE COTSWOLDS

The Cotswolds is an area in southern England synonymous with visions of green rolling hills, gentrified rural retreats, and picture-perfect villages. Alongside The Lakes District it’s often touted as one of the prettiest parts of this country, and one of the nicest places to go walking through the countryside. We saw a tiny slither of the Cotswolds when we were in Bath almost 2 months ago (has time really flown that quickly?!), and decided we wanted to see more. So here we are, enjoying a few days in this lovely corner of England! 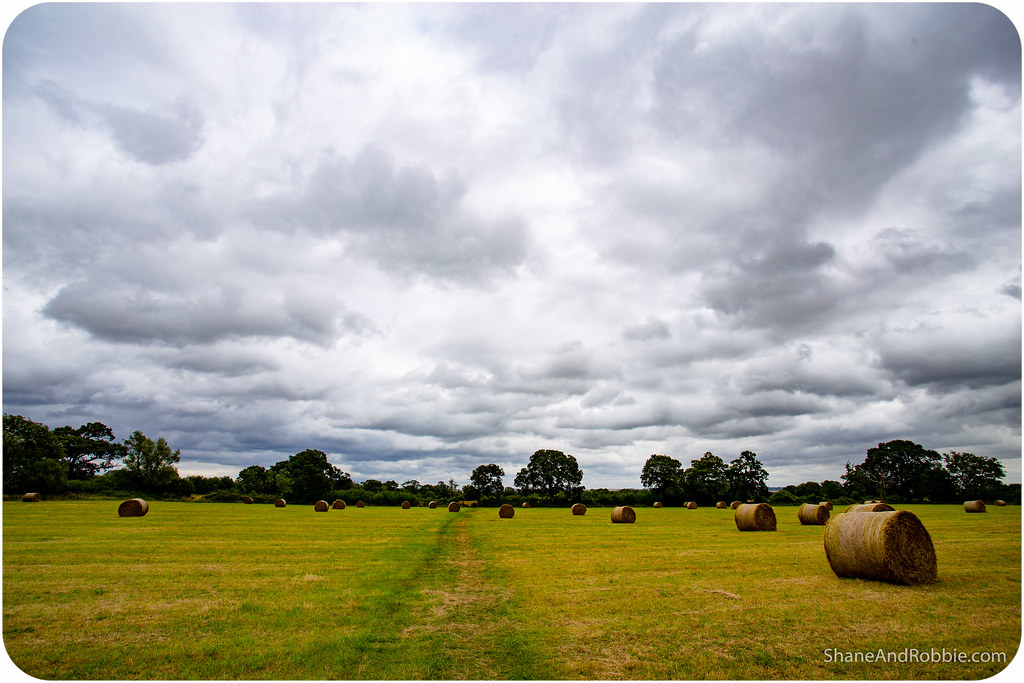 The Cotswolds is not a region per se; it’s a geographical area that stretches southwards from Stratford-upon-Avon, all the way to Bath in the West and Oxford in the East. The area is defined by the bedrock of Jurassic limestone that underpins the hilly landscape. This bedrock feeds the growth of lush grass that creates a uniquely fertile habitat unique to this part of Britain; it also yields the golden coloured stone (aptly named “Cotswold stone”) that all the buildings around here are made of. As a result the Cotswolds is all green meadows and golden villages. 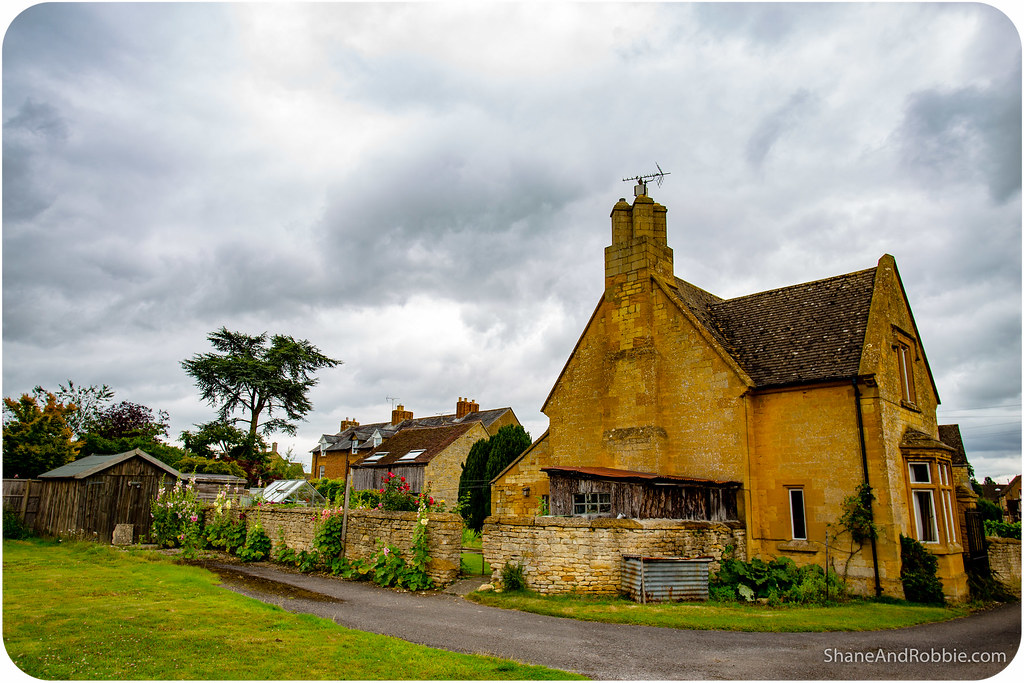 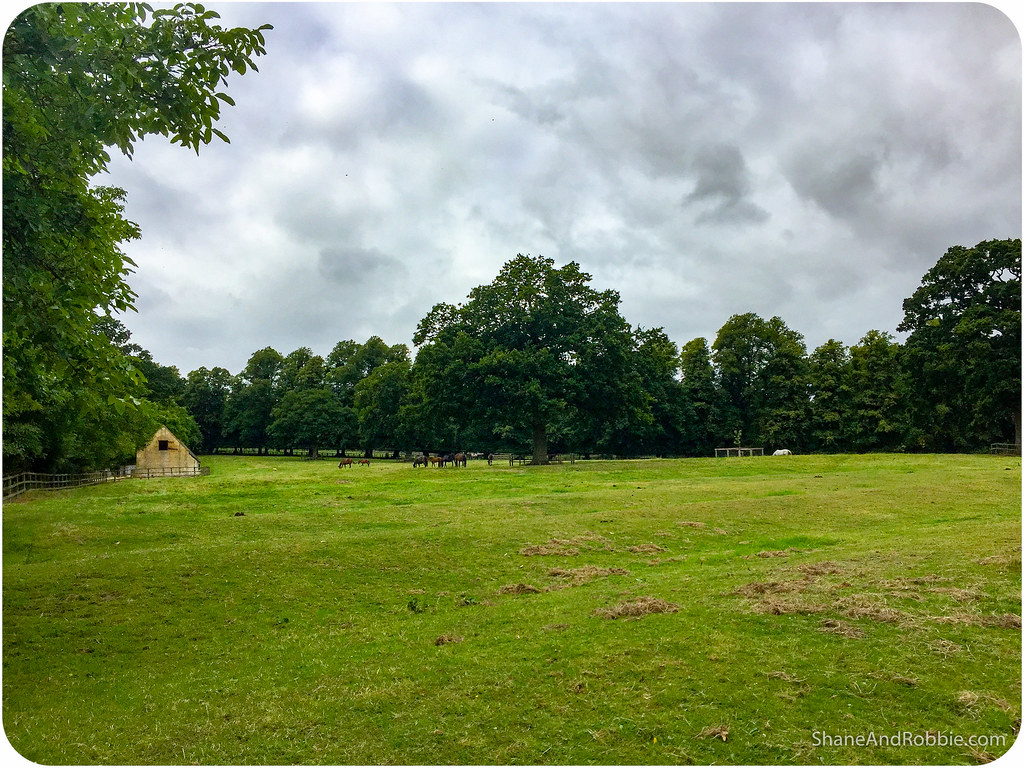 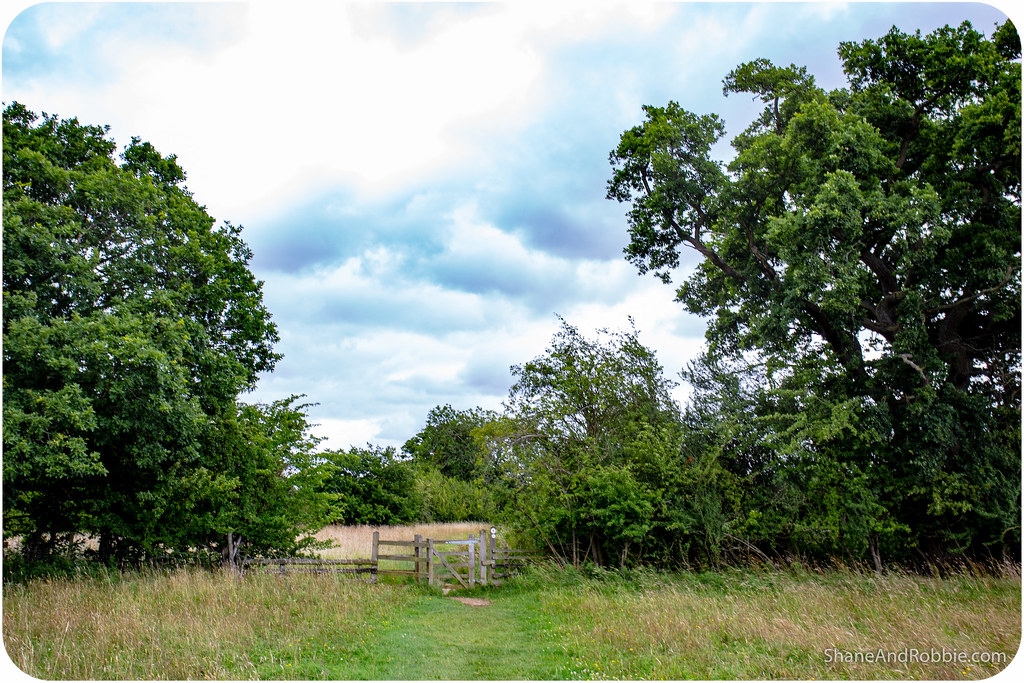 The word “Cotswolds” comes from a combination of 2 old English words which translate to “sheep hills”. A good moniker considering that, during the Middle Ages, the Cotswolds were the heart of England’s vast wool trade due to its abundance of sheep. The prosperity from all that wool trade meant many manor houses, pretty stone cottages, and churches were built. Many of these buildings still stand today and are a major attraction for the hordes of visitors who flock to the Cotswolds every weekend from nearby cities (including London which is less than 2 hours away by train). 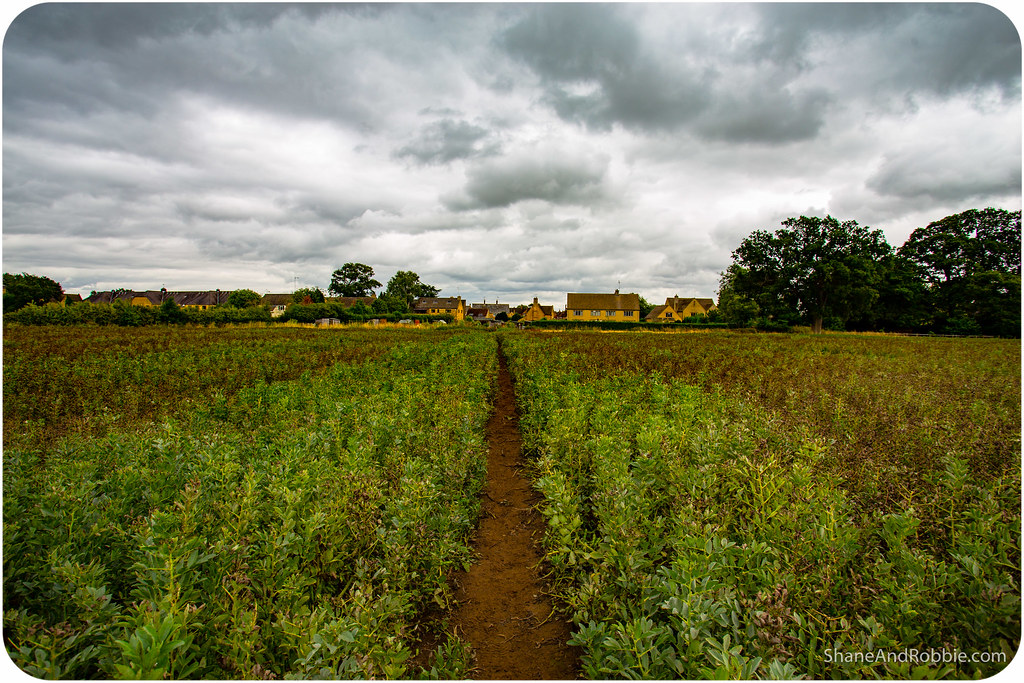 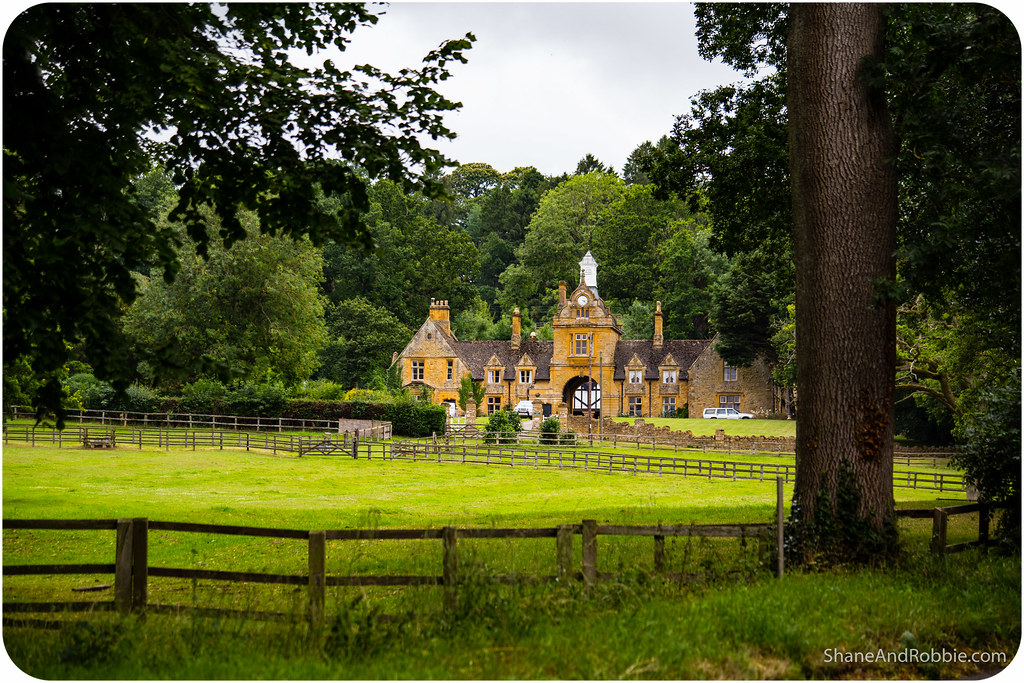 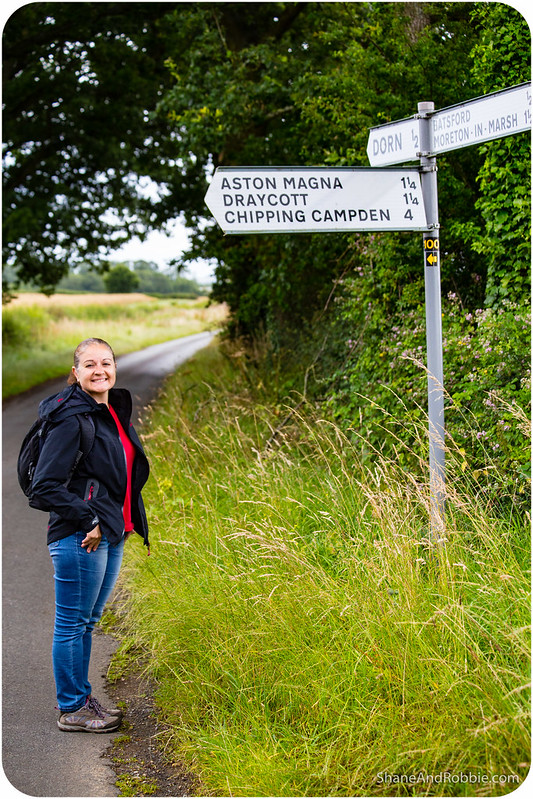 Rather than just pass through, on a day trip, we wanted to really enjoy the Cotswolds and so have decided to stay here for a few days. We’ve chosen the town of Moreton-in-Marsh as our home base, primarily due to its good transport links and available services. Moreton-in-Marsh is one of the principal towns in the northern Cotswolds; it started out as an important market town in the 13th century and has remained a central hub for the region. It’s wide central avenue is lined with beautiful 17th and 18th century buildings (made, of course, of Cotswold stone). 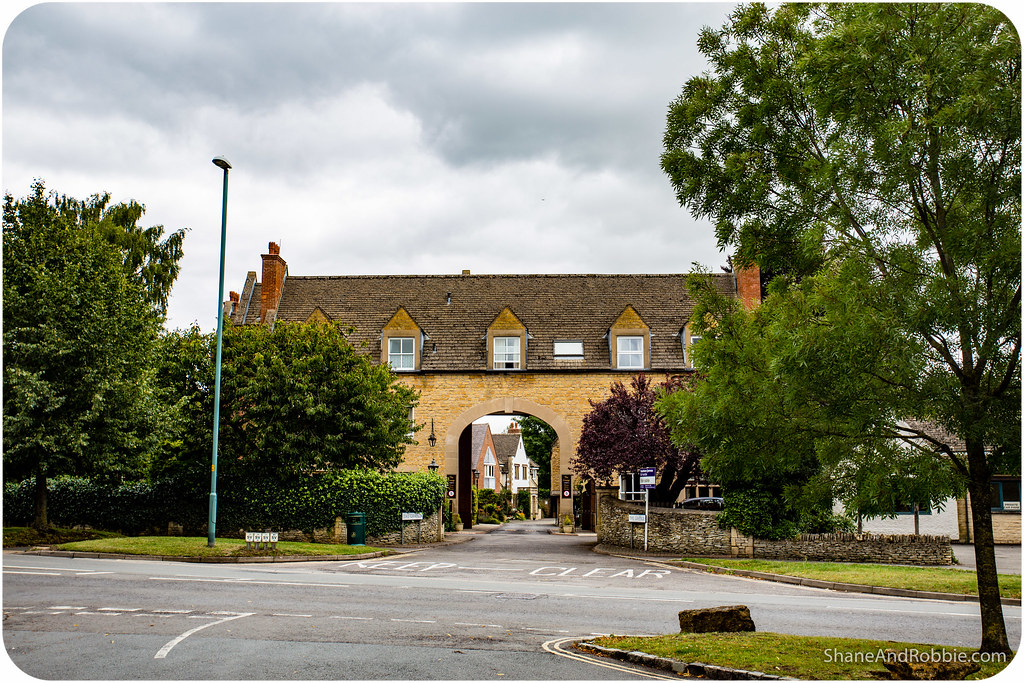 Whilst we’re here we decided to treat ourselves and stay somewhere nice for a few days (i.e. no shared bathrooms, attic bedrooms, or student dorm facilities) and are staying at The White Hart Royal Hotel. This renovated 17th century coach house has been accommodating guests for 400 years and has even sheltered kings. Well, A king anyway: the coach house was used by King Charles I as shelter during the English Civil War on July 2, 1644. There’s a plaque attesting to the king’s visit in the lobby downstairs*.

*Ragged travellers from faraway lands that we are, the import of such events fails to impress us as much as it perhaps should. To be honest we had no idea when we booked this place that it had such an illustrious history. We just wanted somewhere nice to stay for a few days after having had a run of rather average nights’ sleep in cheap B&B’s. Basically as long as it’s clean, comfortable, and reasonably quiet, we’re happy! 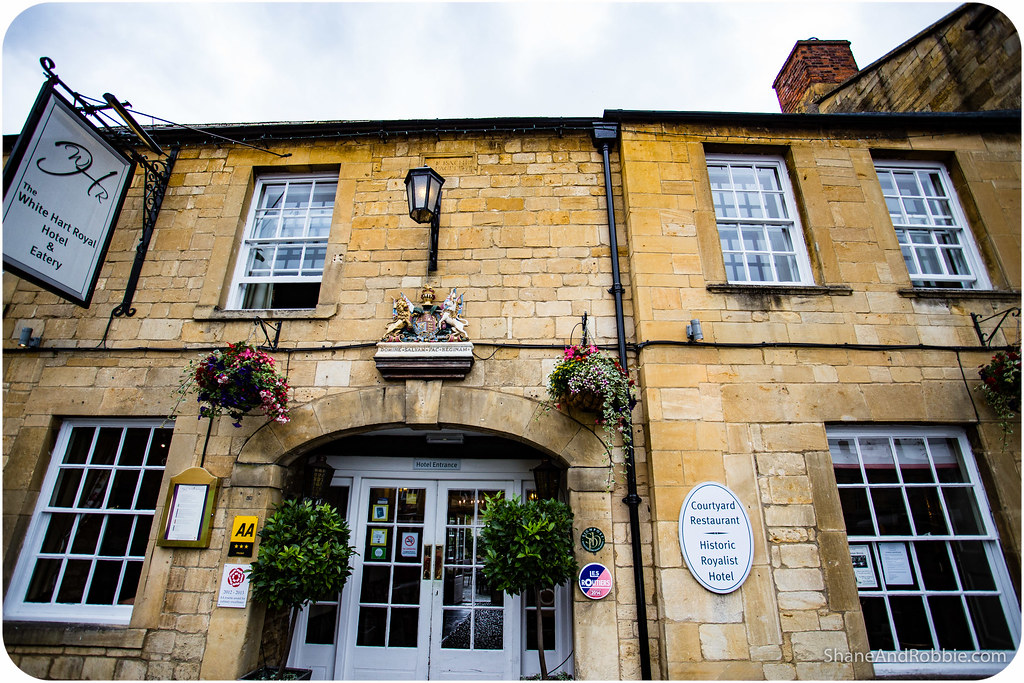 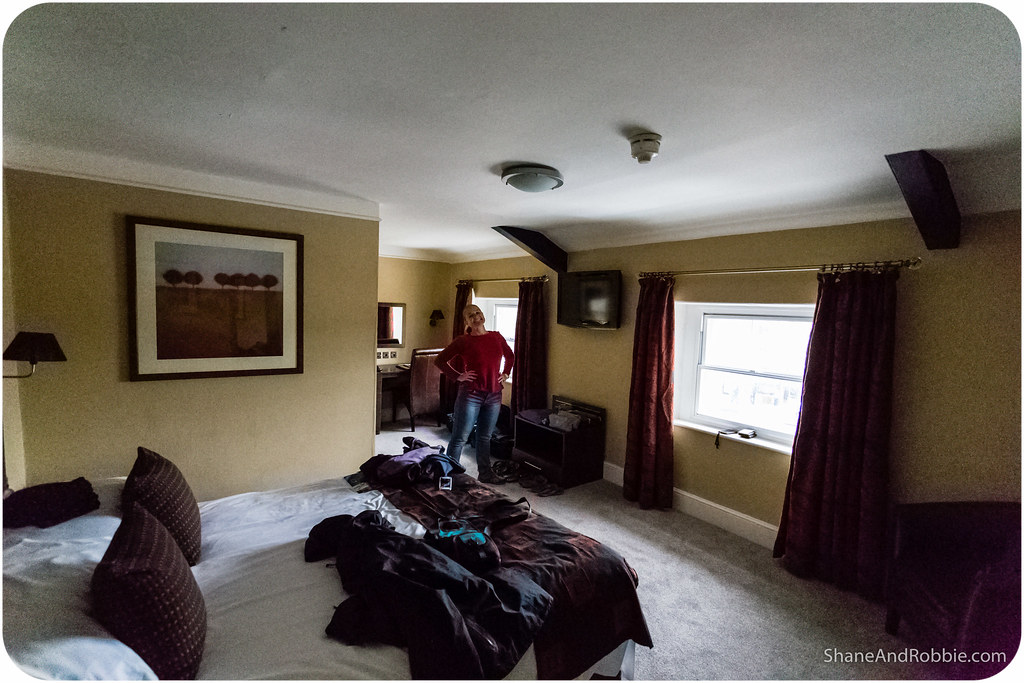 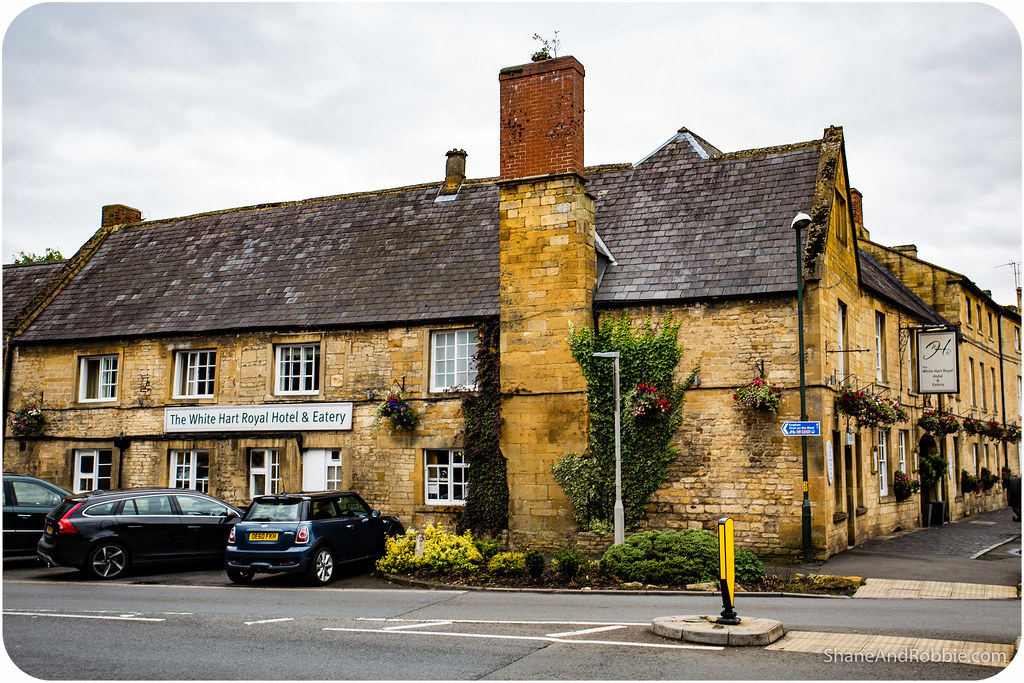 We arrived in Moreton-in-Marsh around midday and quickly checked in, dropped our bags off, and grabbed some lunch before heading out to explore the town. That took all of 15 minutes (it’s a cute village, but there’s not much here really), so we then had to find another way of entertaining ourselves for the rest of the afternoon. Seeing as this region is renowned for its great walks and hikes, we decided to go for a short afternoon wander to the nearby villages of Batsford and Dorn. 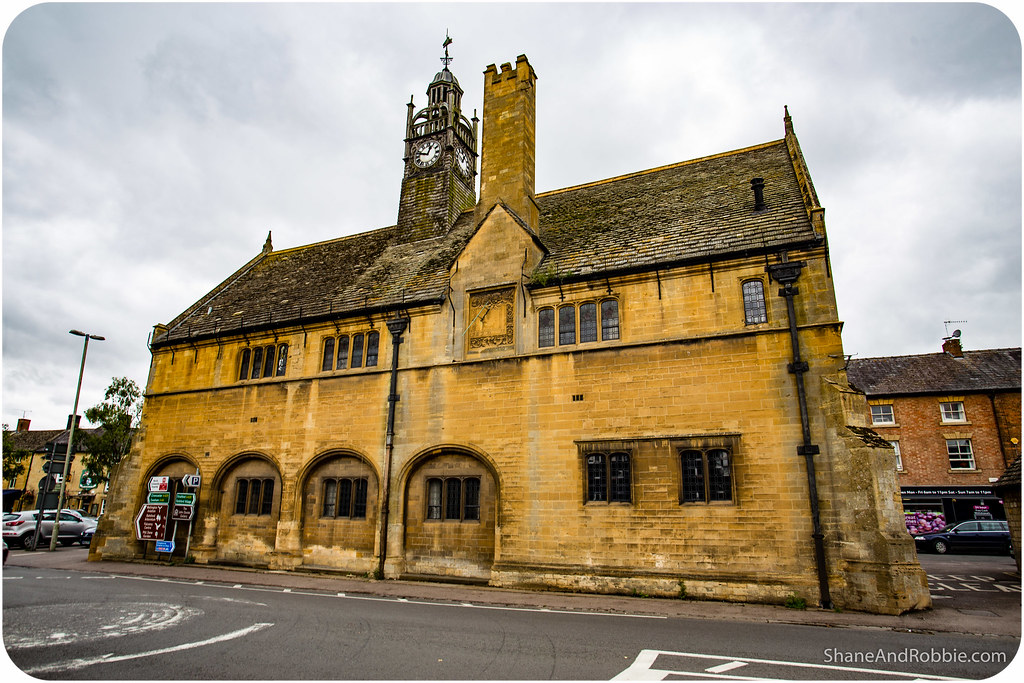 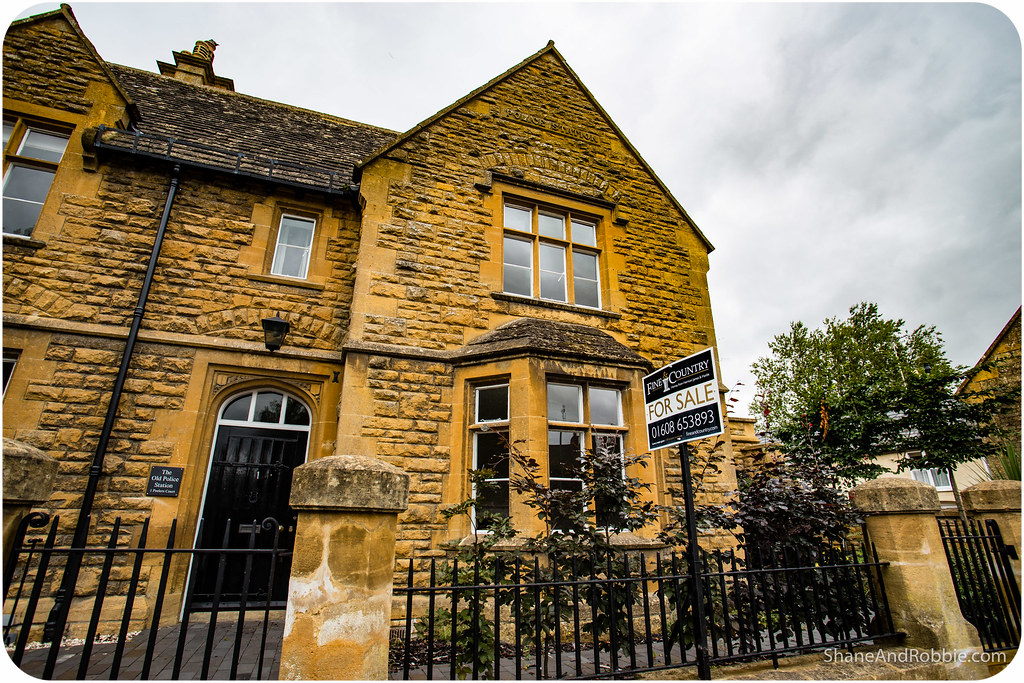 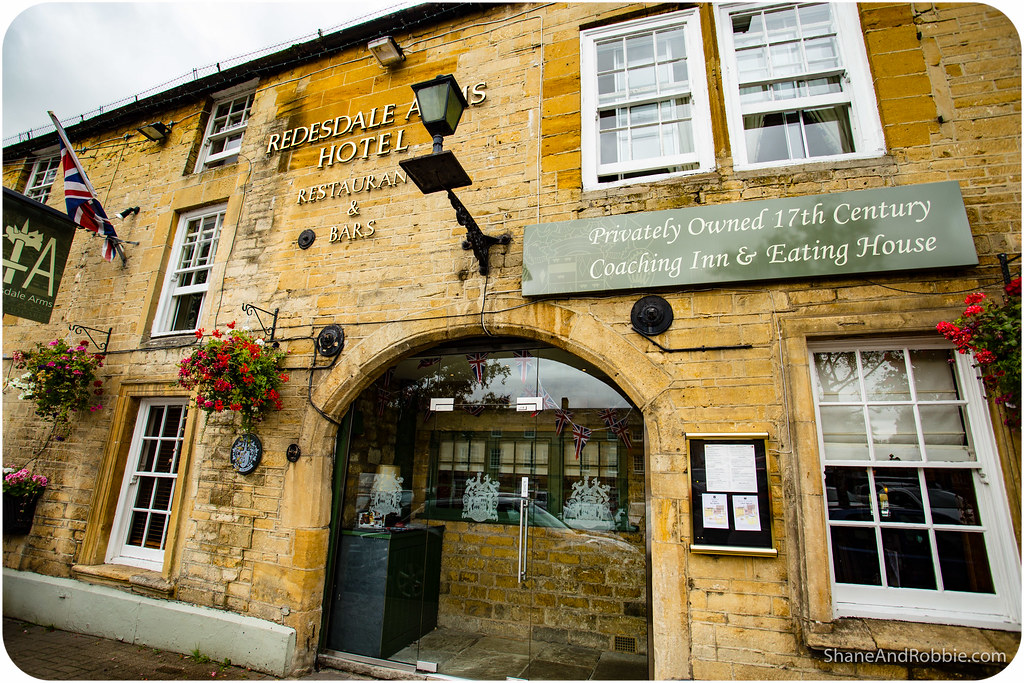 The walk took us through fields and woods, and past a few farmhouses – all made of Cotswold stone, of course, aged to a beautiful honey colour. Most of the fields were demarcated by dry stone walls, built with stones carefully slotted together but without mortar. Being summer many of the fields are ready to be harvested so we also got to see a whole lot of hay bales and fields of golden grass. 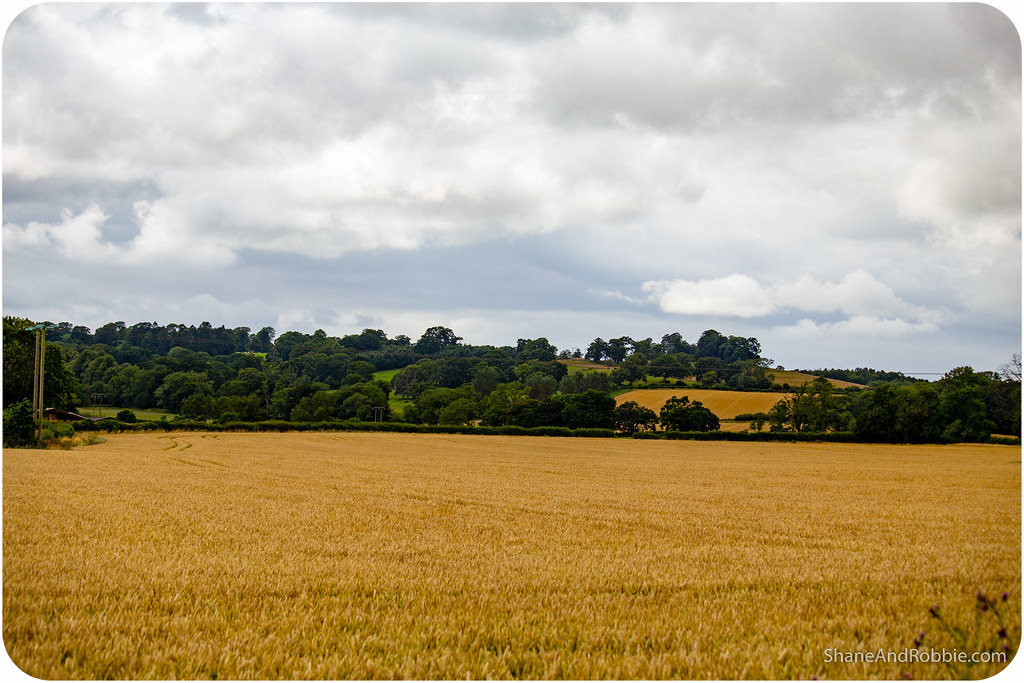 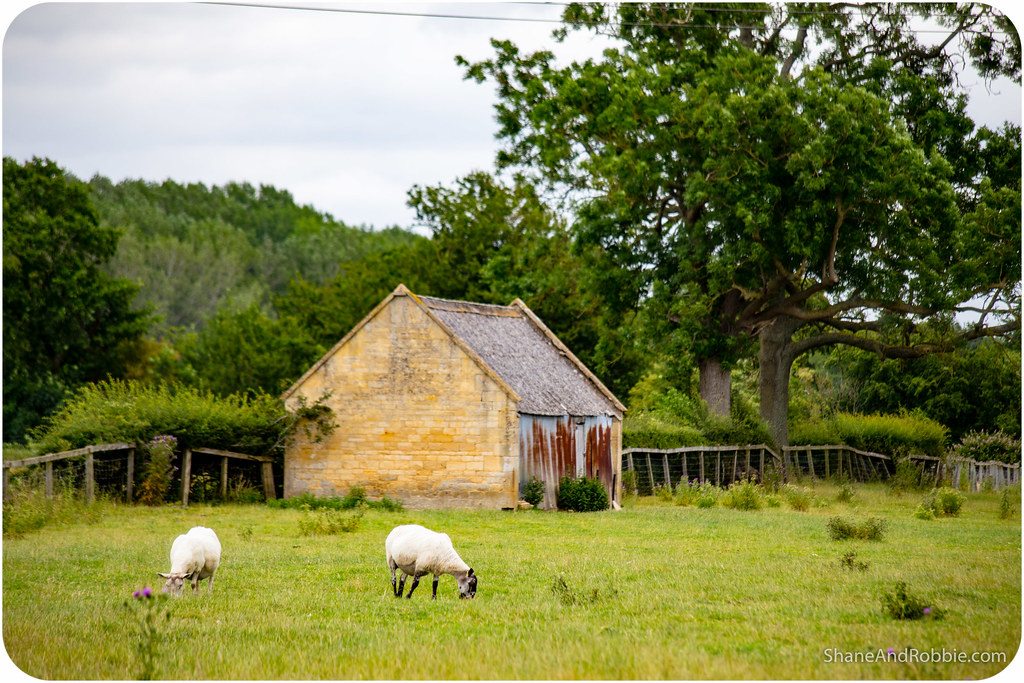 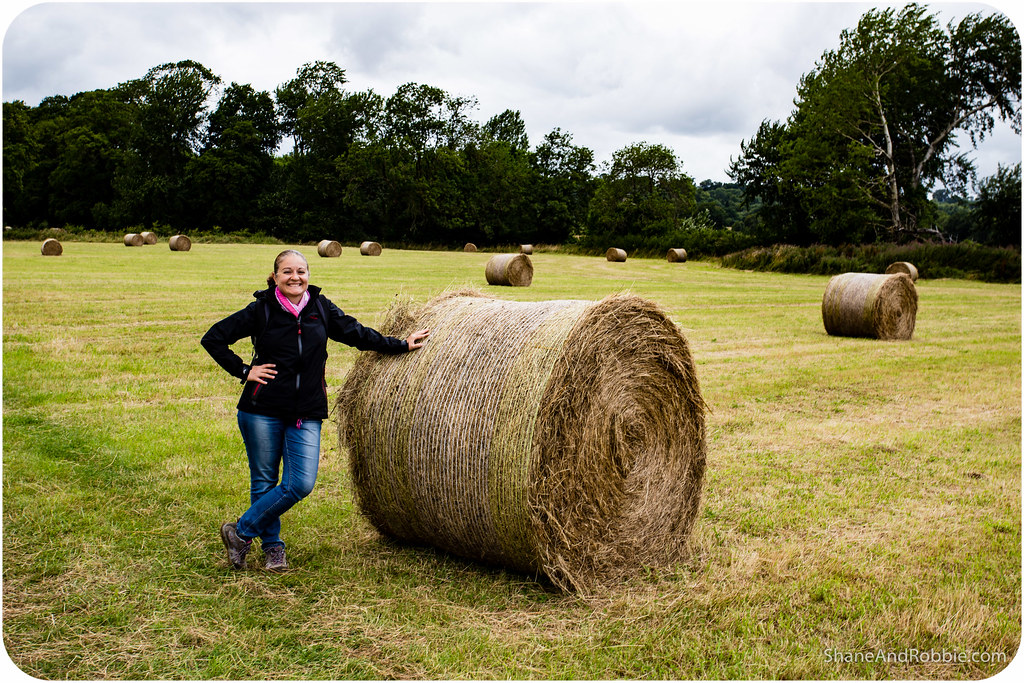 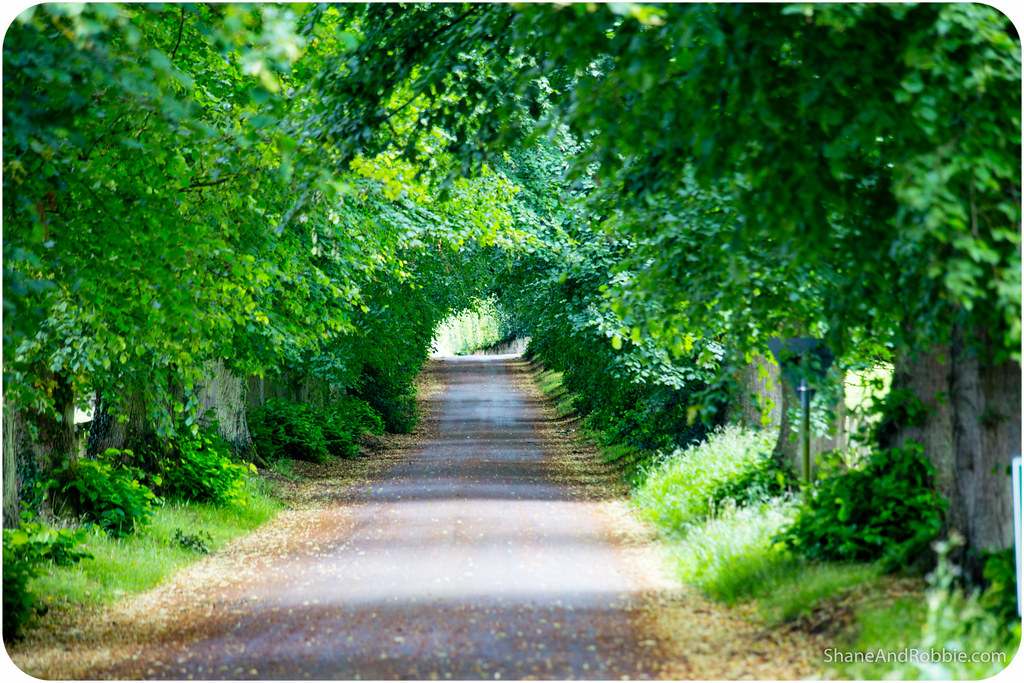 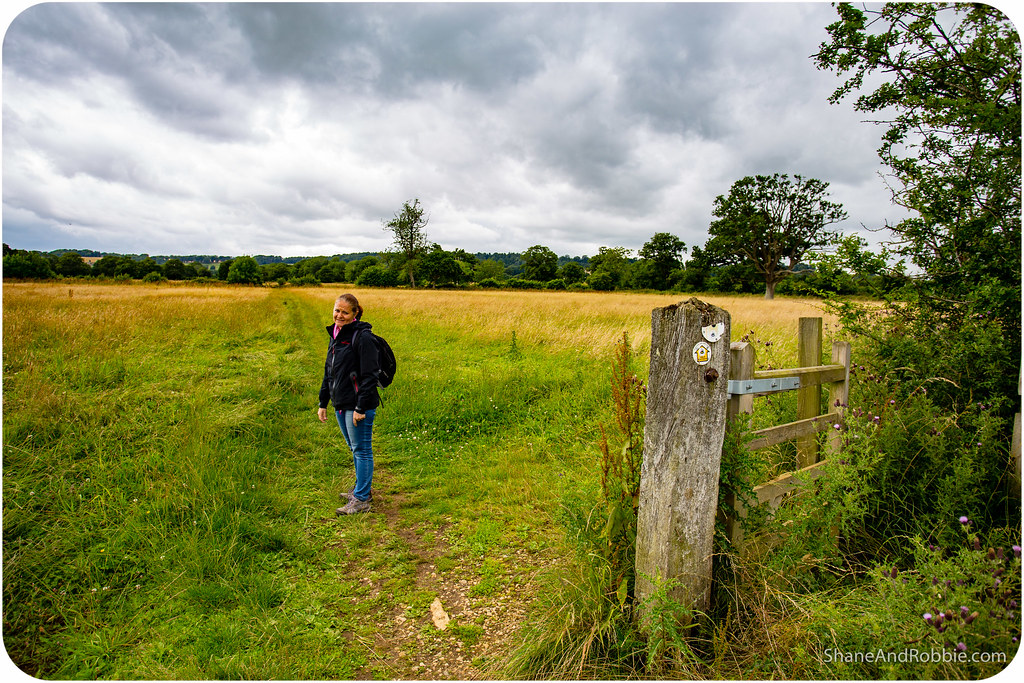 It was muddy, windy, and pretty cold out there in the countryside, but very picturesque. We thoroughly enjoyed our afternoon stroll and are thinking of going out for more Cotswolds rambling tomorrow. For tonight though we need to find a nice warm pub to sit in. Dr Google has informed us that there’s a place in town called “The Bell Inn” that was JRR Tolkien’s inspiration for “The Prancing Pony”. We’re definitely “Lord of the Rings” fans so we might have to check this place out and see for ourselves…