Between 1975 and 1979 a genocide was carried out in Cambodia. The Communist Khmer Rouge government, led by Pol Pot, systematically and ruthlessly murdered as estimated 3 million people in a bid to stamp out resistance to their regime. It was without a doubt one of the most tragic times in human history, but one we wanted to understand more about. So today we went to visit the Tuol Sleng Genocide Museum and the Choeung Ek Killing Fields, both of which left us profoundly disturbed and saddened. Understanding more about this chapter of Cambodia’s history, however, helped us appreciate the resilience of Cambodians, who are still smiling despite the horror of those years. 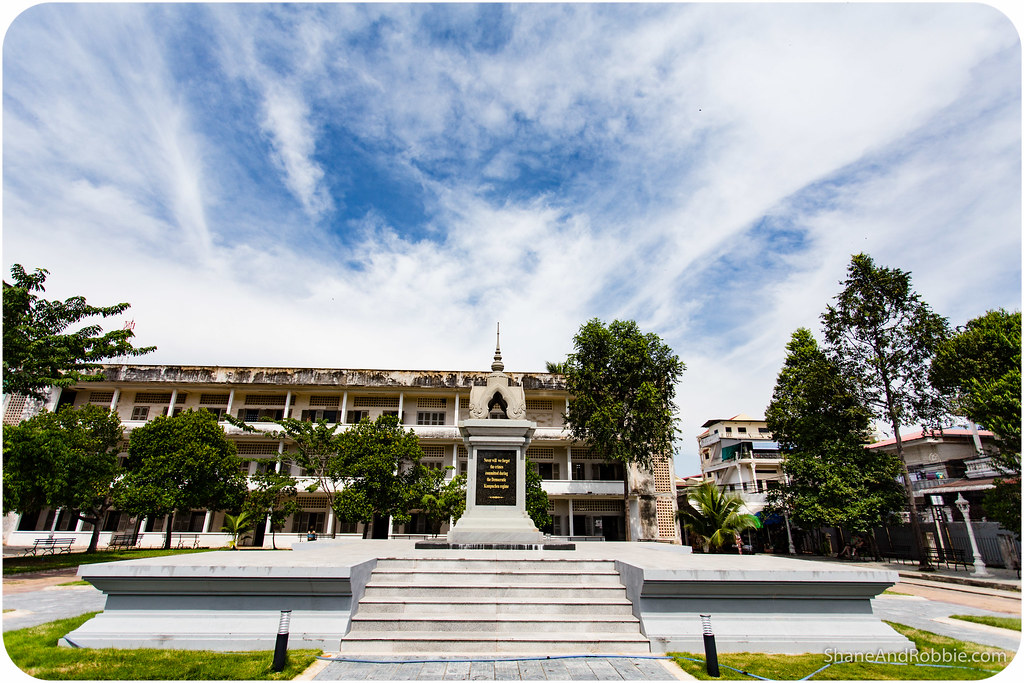 The politics of how the Khmer Rouge came into power, with Pol Pot at the helm, is complicated and often contradictory; essentially though it comes down to the destabilising effects of the Vietnam War in the region, and propaganda by the Khmer Rouge promising Cambodians a better life. The end result was one of the most destructive Communist regimes the world has ever seen. When they came into power in 1975 the Khmer Rouge implemented a radical plan to create an agrarian society founded on the ideals of Stalinism and Maoism. They forcibly marched Cambodians out of urban centres to work in government-run fields, growing rice; they closed all banks, schools, temples, and hospitals, as well as sealing off the borders and isolating Cambodia from the world at large (hmmm… sounds like North Korea today?!). Over the next 3 years, 8 months, and 20 days, torture, mass executions, forced labor, and malnutrition led to the deaths of 30% of the population and left an incomprehensibly tragic legacy. 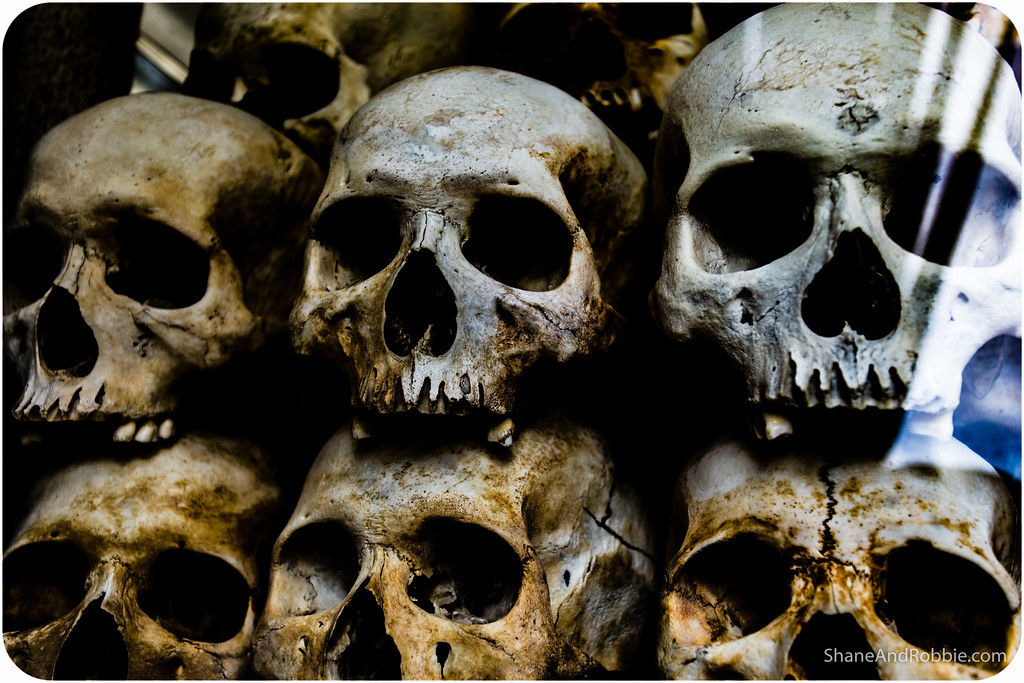 We went first to the Choeung Ek Killing Fields, one of more than 300 such places the Khmer Rouge had in Cambodia. These isolated tracts of rural land were used by the regime as mass killing sites and locations for mass graves. Choeung Ek was the largest of these and is just half an hour outside of Phnom Penh. 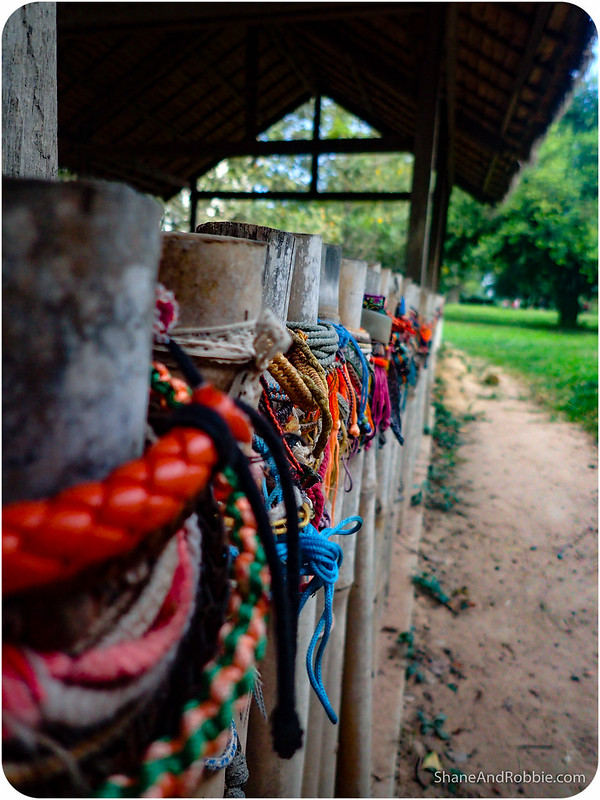 The site itself is remarkably quiet and peaceful today, with little evidence to attest to its traumatic history – at first. Walking through the site, however, it was soon apparent that this was no normal field. There were pieces of human bone, old tattered bits of clothing, and even human teeth littering the ground (and signs requesting you don’t walk over the mass graves or on the human remains). 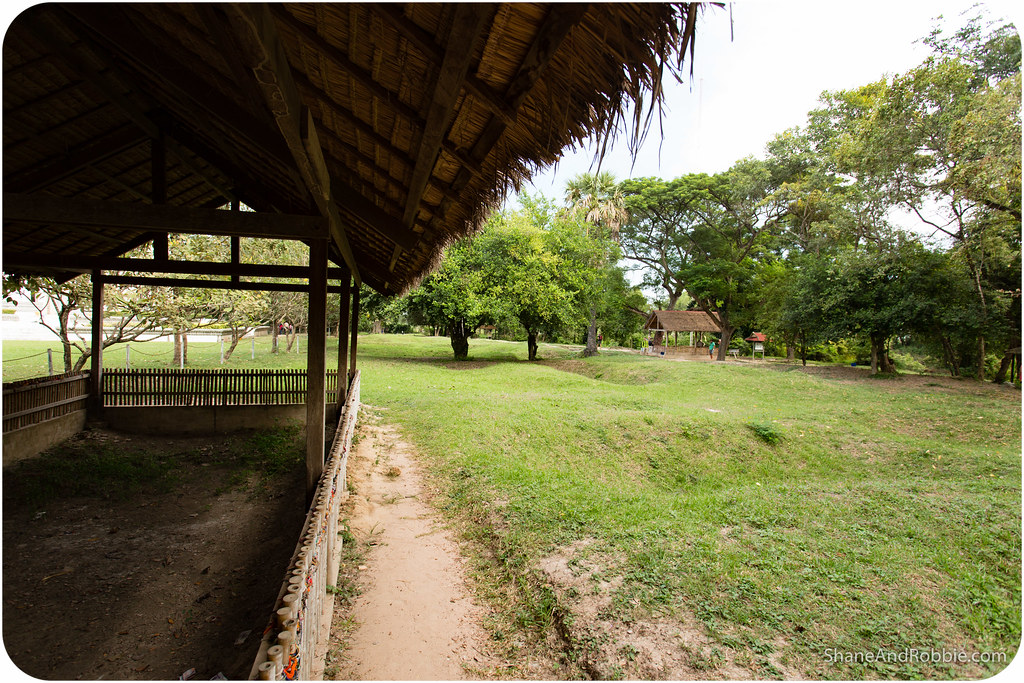 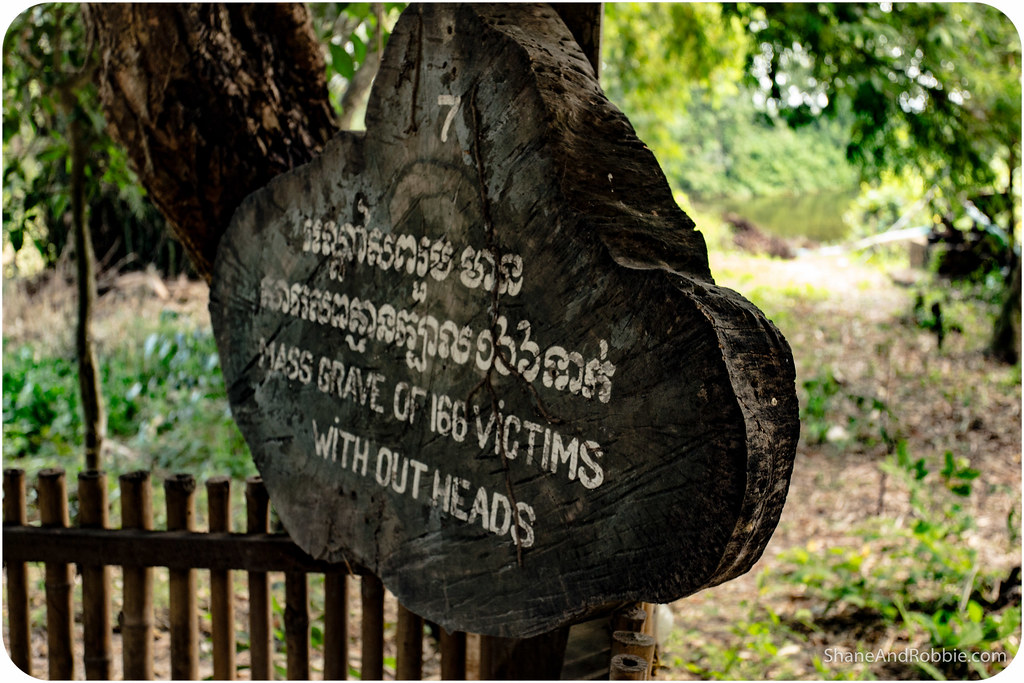 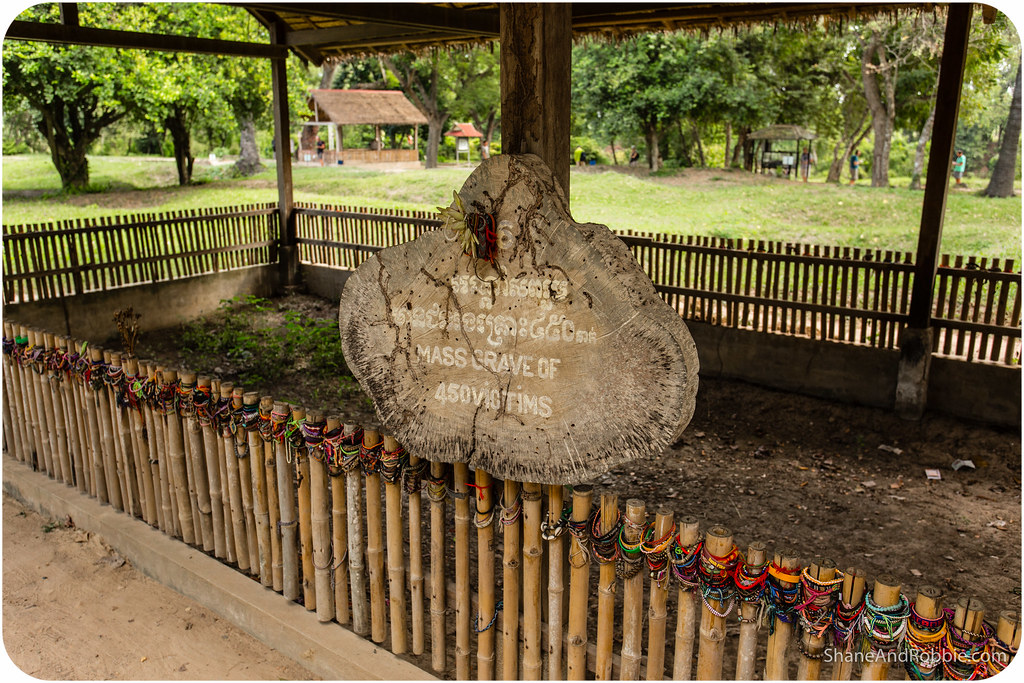 In the centre of the site a large memorial stupa has been built, inside which the skulls of thousands of victims have been stacked in a macabre memorial to all those that lost their lives in Choeung Ek. 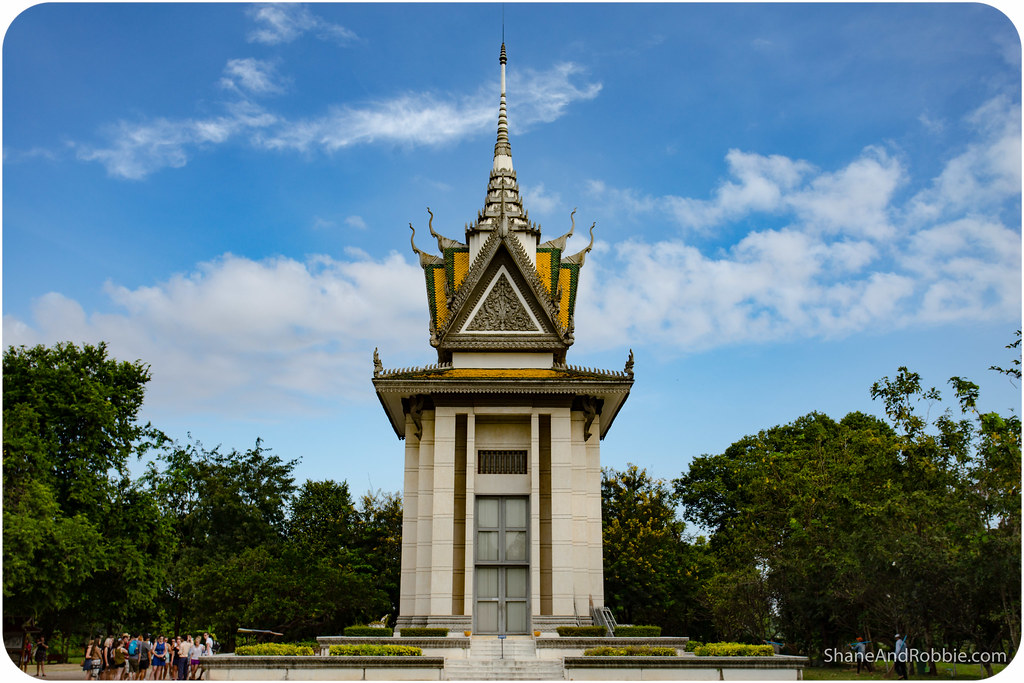 There were numerous information boards around the site and we also had a guide with us who helped explain how and why people ended up at Choeung Ek. Essentially anyone perceived a a threat (real or imagined) to the established regime; anyone belonging to the “educated class”*; all monks and nuns; and anyone belonging to an undesirable minority group (e.g. the Muslim Cham minority) were targeted. These people would be arrested and taken to one of the 200 Security Prisons around the country, where they we tortured until they confessed to being spies for the CIA, or counter-revolutionaries fighting against the Khmer Rouge. Confessions inevitably led to death in quiet, out of the way places like Choeung Ek.

*This meant professionals such as doctors, lawyers, and engineers, as well as those with higher levels of education, teachers, and university professors. Anyone wearing glasses, with pale skin, and with soft hands were also deemed to be part of the educated elite and were therefore a potential threat. 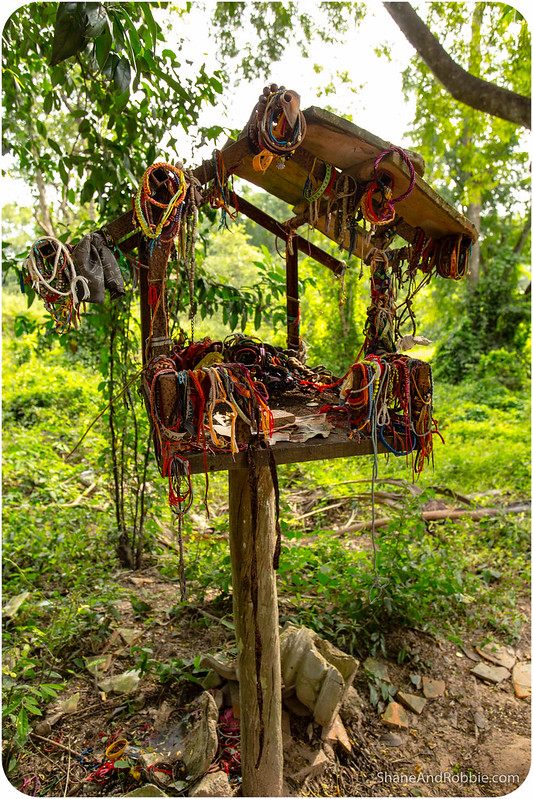 The executed were buried in mass graves. In order to save ammunition, the executions were often carried out using poison, spades, or sharpened bamboo sticks. In some cases the children and infants of adult victims were killed by having their heads bashed against the trunks of trees, and then were thrown into the pits alongside their parents. It’s all just inconceivable to us, and yet everyone in Cambodia today has lost at least 1 family member is this way. Many have lost their entire families. 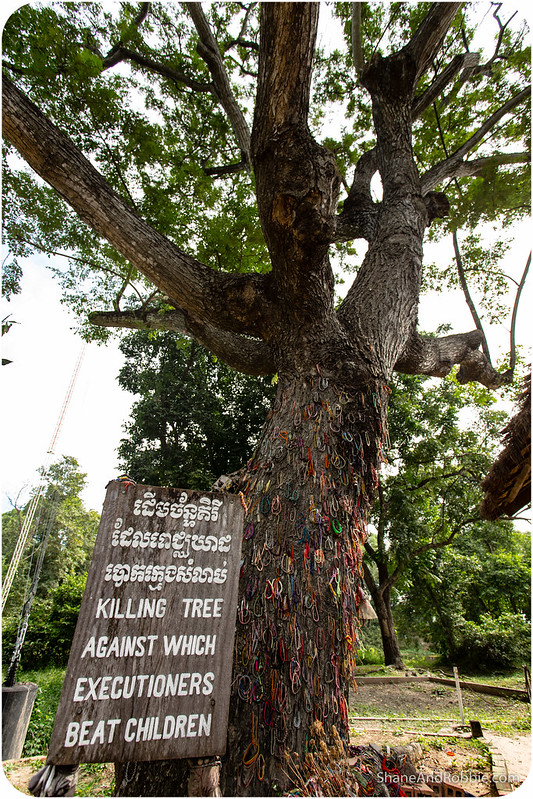 It was incredibly sad visiting the Killing Field and we were pretty quiet on the drive back into Phnom Penh, trying to come to terms with what we’d just seen and understand WHY such crimes were committed, and how they Western countries could have supported Pol Pot for so long! 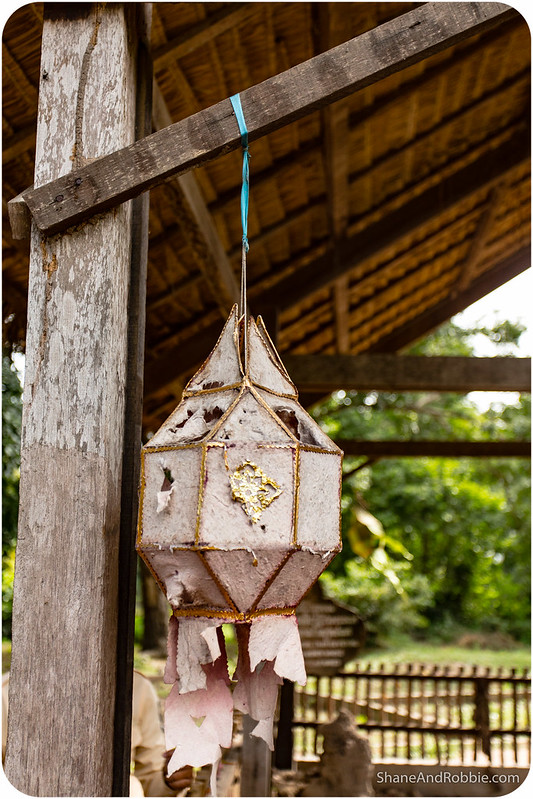 Even more disturbing was our visit to the Tuol Sleng Genocide Museum, however, which was once a high school but was used as a Security Prison by the Khmer Rouge. From 1975 to 1979, an estimated 17,000 people were imprisoned at Tuol Sleng and repeatedly tortured and coerced into naming family members and close associates, who were in turn arrested, tortured and killed. It is believed that the vast majority of prisoners were innocent of the charges against them and that the torture produced false confessions. 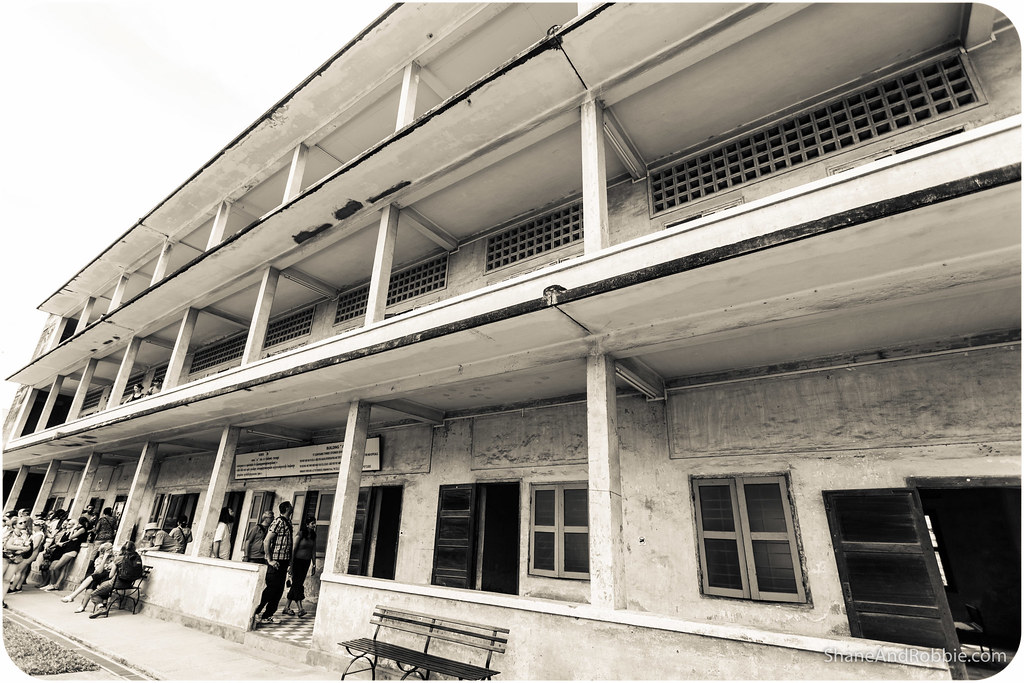 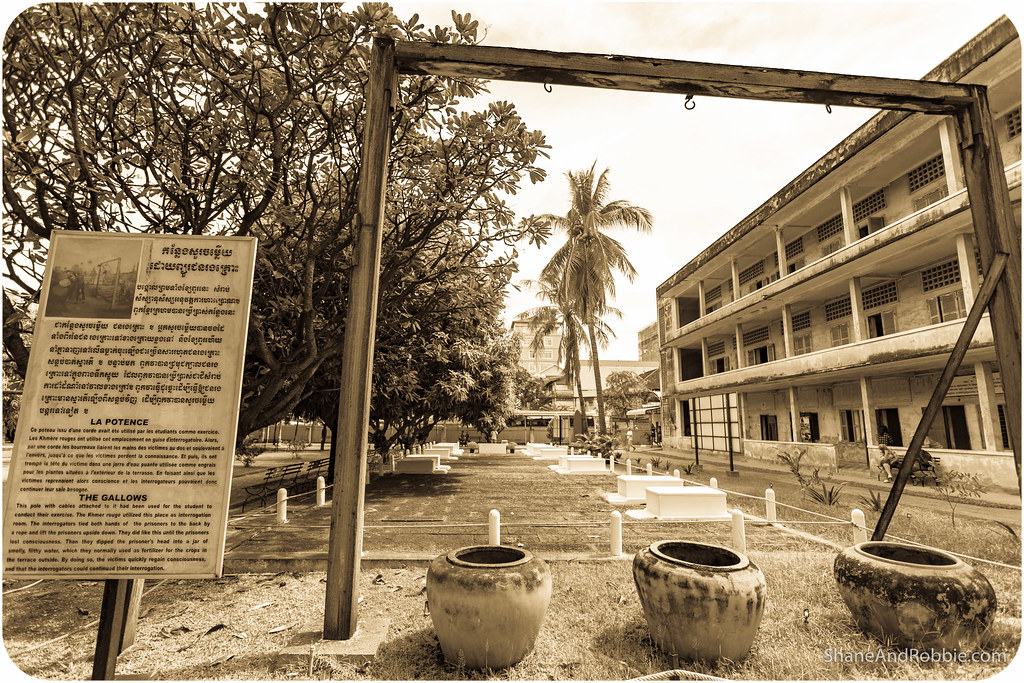 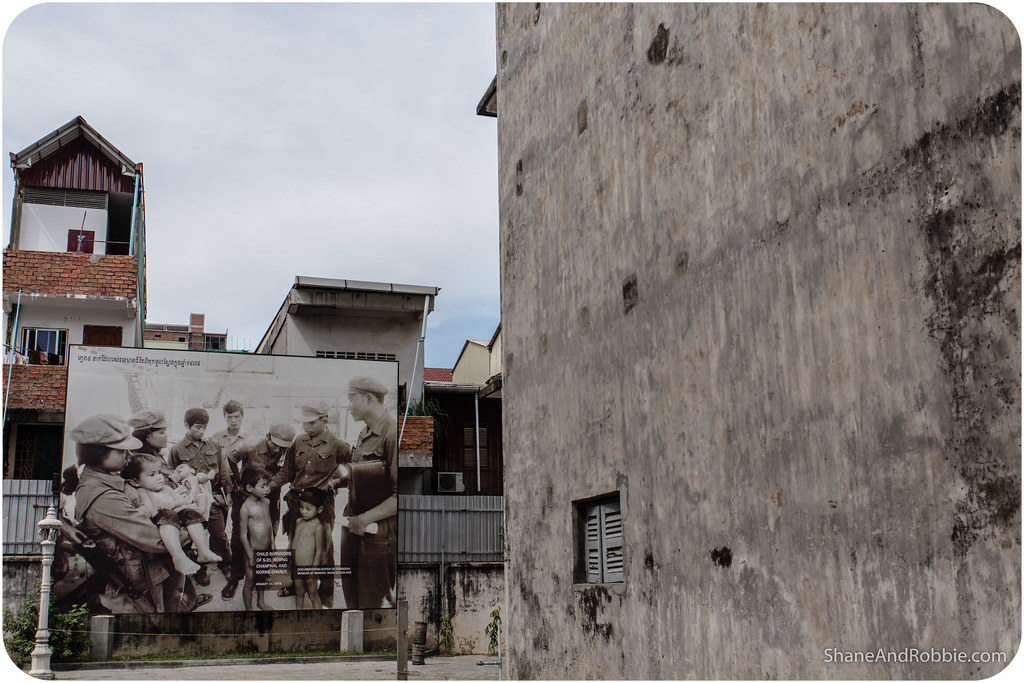 The museum is housed in the original buildings of the prison and contained some truly disturbing displays and graphic photos of the inmates, the conditions they were kept in, and how they were tortured. Honestly it was just so disturbing that we couldn’t stomach it all. What was truly horrifying, however, was to hear how many of the instigators of the genocide remain free, and even work within the government today (which has tied back to the Khmer Rouge and Communist party)! Our guide explained to us that all the former Khmer Rouge soldiers were given an amnesty in order to prevent further bloodshed and civil war, which makes some sense, but still doesn’t seem just. 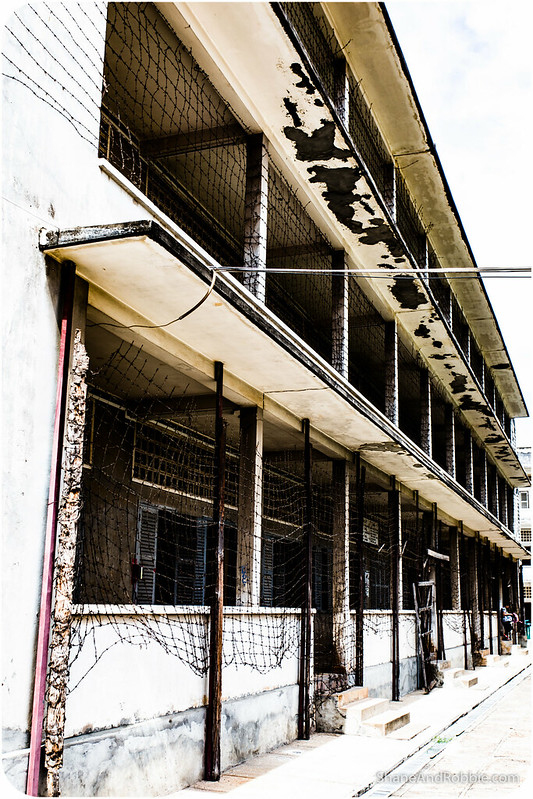 As disturbing as today was, we’re glad we went to see the Killing Fields and Tuol Sleng as it has given us an immense appreciation of Cambodia’s recent history. It has also helped us understand why this country is struggling so much with what we might think of as “basic stuff” (e.g. infrastructure, governance, education). An entire generation was virtually wiped off the face of the Earth by the Pol Pot regime, and there’s a lot of healing and repair to be done here. Like other such places (e.g. Auschwitz) the value of Cambodia’s Killing Fields is also in the lessons it teaches the next generation, to ensure that history like that is never repeated.