The Kinabatangan River collects water from the highlands of Northern Borneo then snakes through Sabah’s lowlands for 560kms before reaching the Sulu Sea. Along its length the river supports a wide variety of mammal and birdlife, and remains one of Borneo’s prime wildlife-viewing destinations. Which is why we’re here! 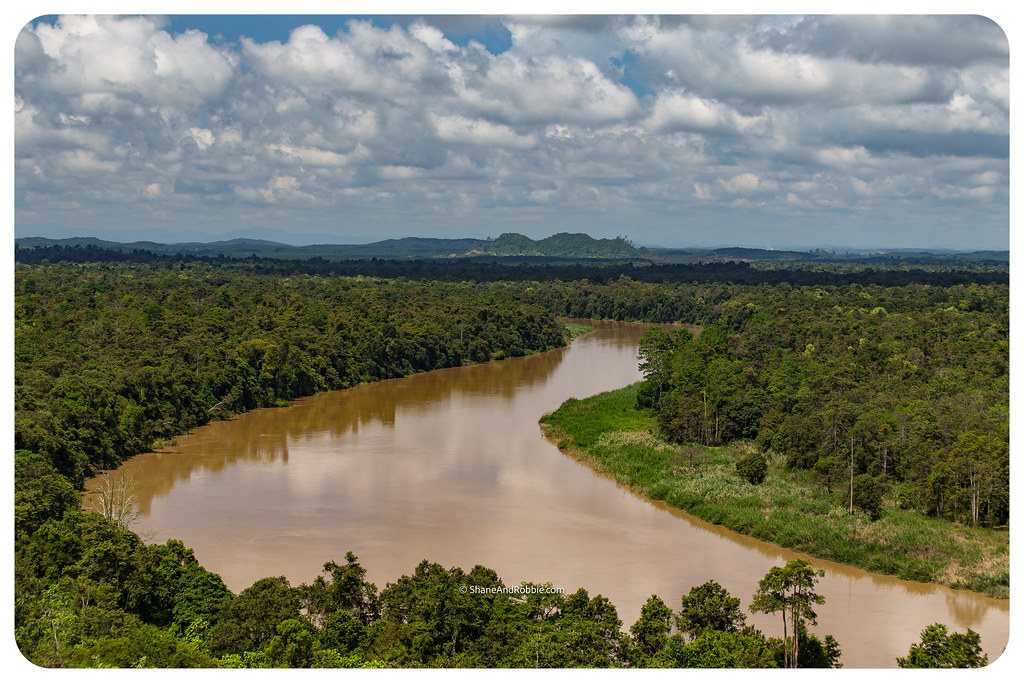 As has become our habit, our day started with an early morning river safari. Setting off around 6:00am, before all the heat of the day set in a drove the animals deeper into the jungle to seek shelter and cool, we focussed today on some of the smaller tributaries and oxbow lakes strung like pearls along the length of the river. 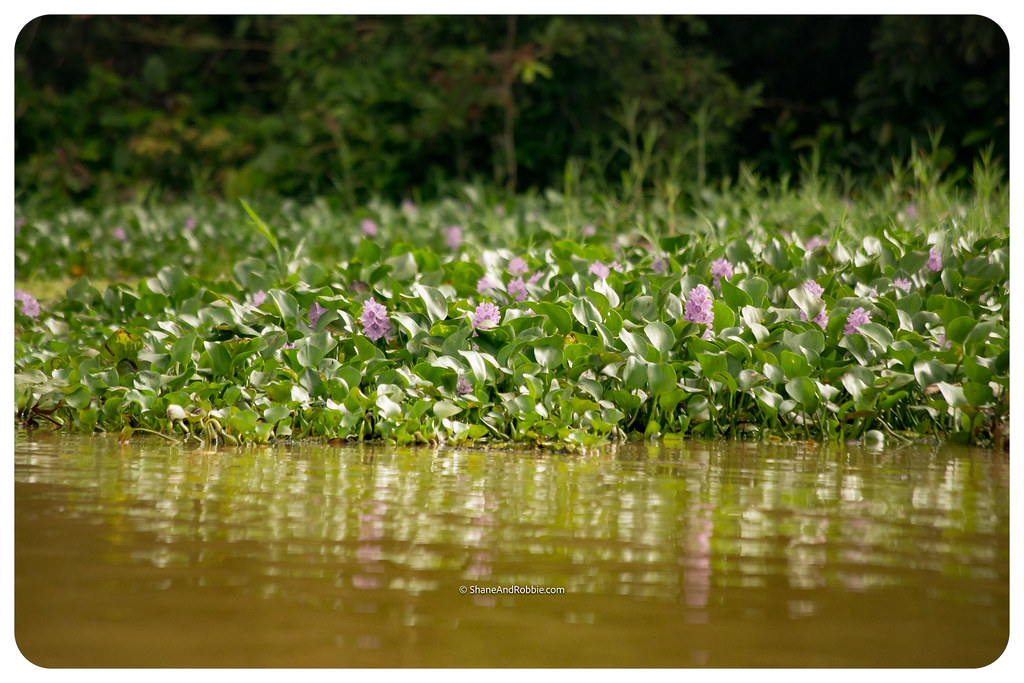 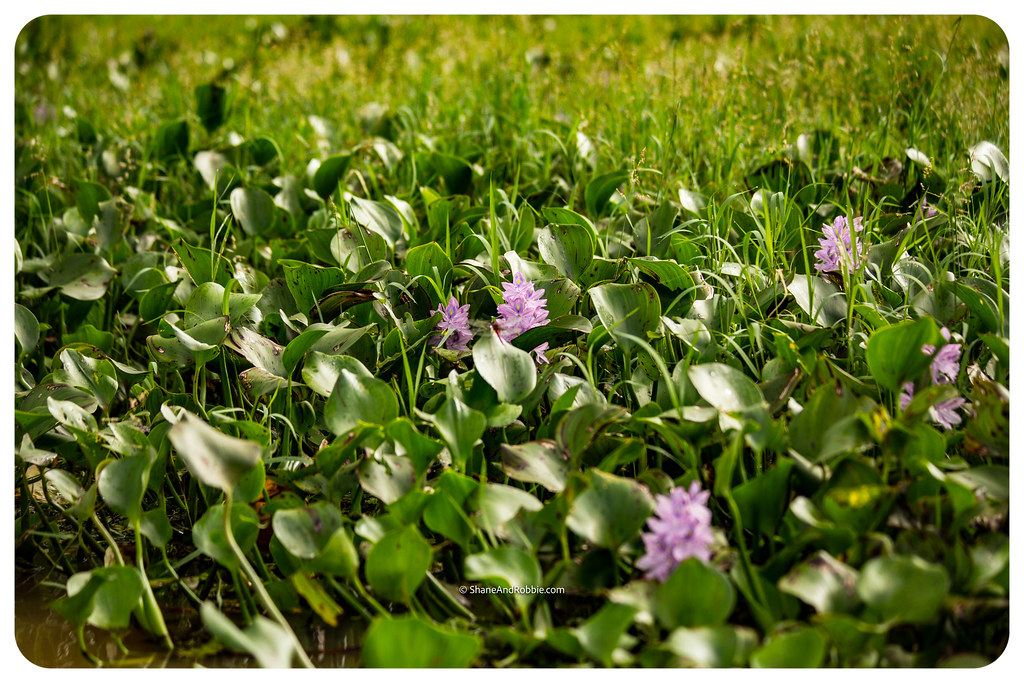 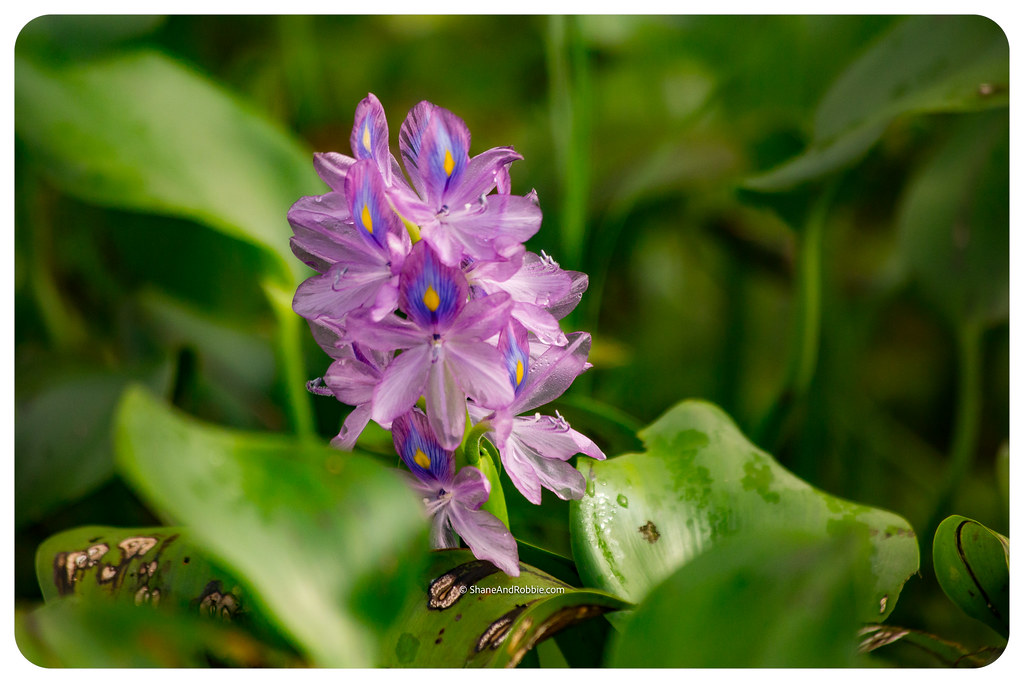 Here we saw some silver leaf langurs, an arboreal monkey that lives in coastal, mangrove, and riverine forests in Sumatra and Borneo. As diurnal animals, the langurs were just awakening when we came across them.

They live and travel in groups of up to 40 individuals with one adult male and many adult females communally caring for infants. The entire group shelters in a single tree at night, and it’s is the male’s job to protect his troop. The little guys in charge of this troop was very assertive about establishing his dominance, bearing his teeth at us and posturing to ensure we were properly intimidated. His efforts eventually paid off and we left him and his harem of ladies alone to enjoy their breakfast. 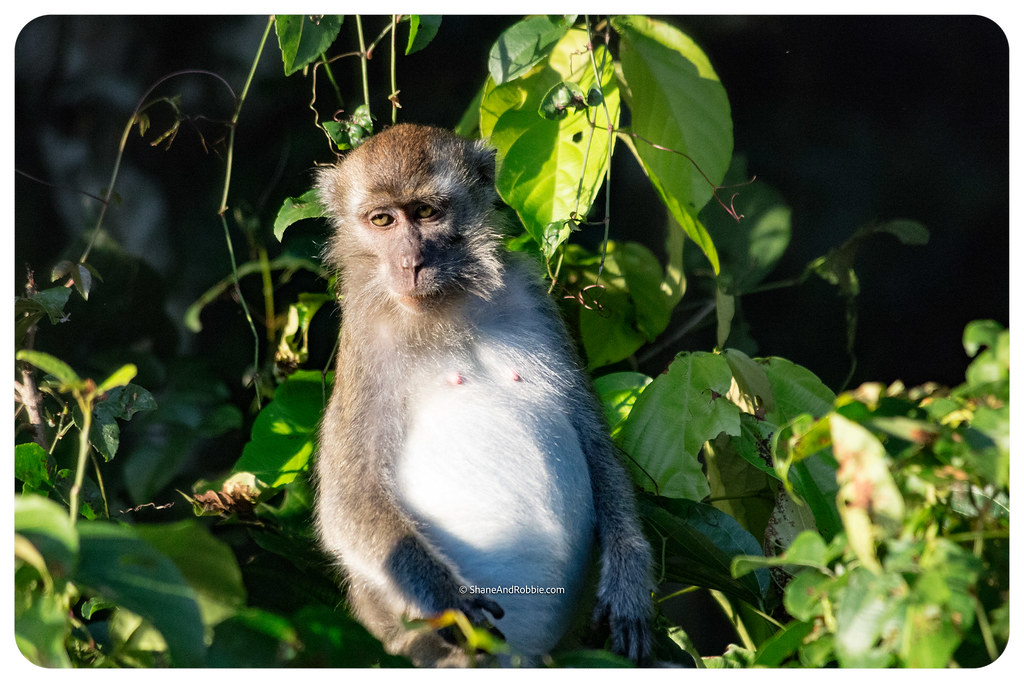 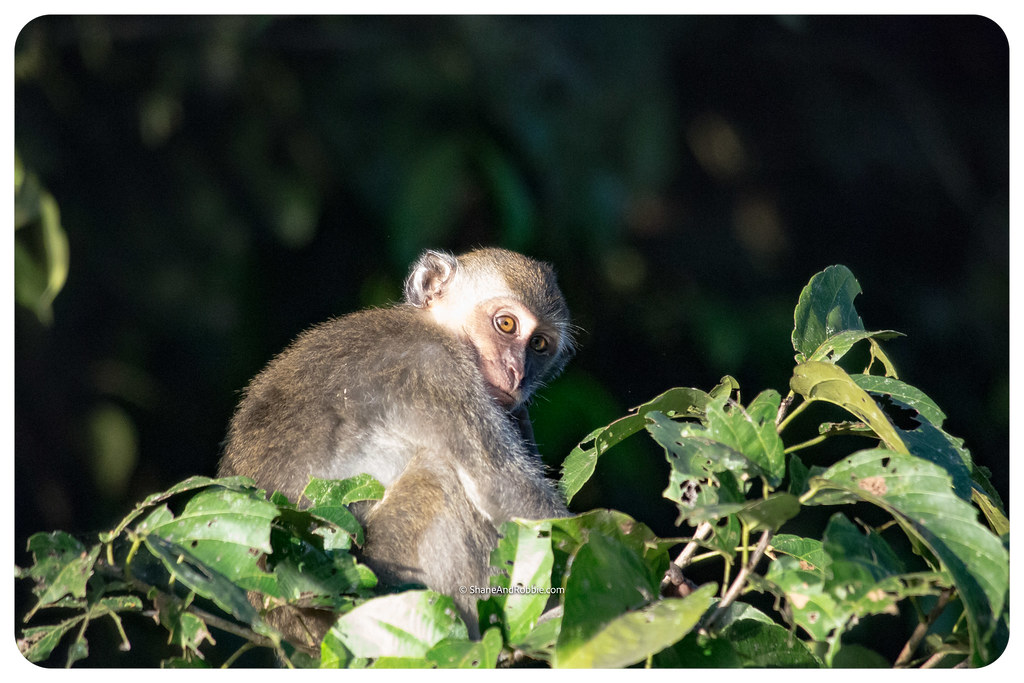 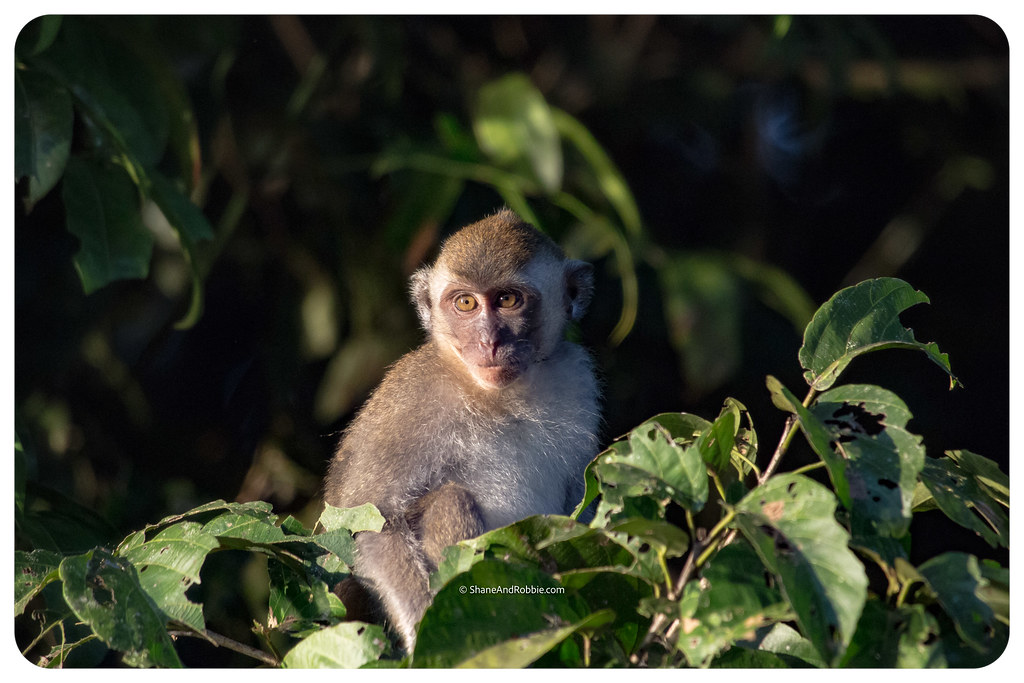 We also saw some red leaf monkeys*. With their auburn coats and large eyes, these little guys were very cute. There were 2 females and and a male lounging in the trees above us, breakfasting on unripe fruit (a necessity for these primates apparently, as the sugars from ripened fruits disrupt the delicate balance of their gut flora).

*Asia’s leaf monkeys take their name from the lush jungle foliage that makes up the bulk of their diets. All are equipped with a large, chambered stomach, like that of a cow, which allows them to break down and digest their fibrous fare. 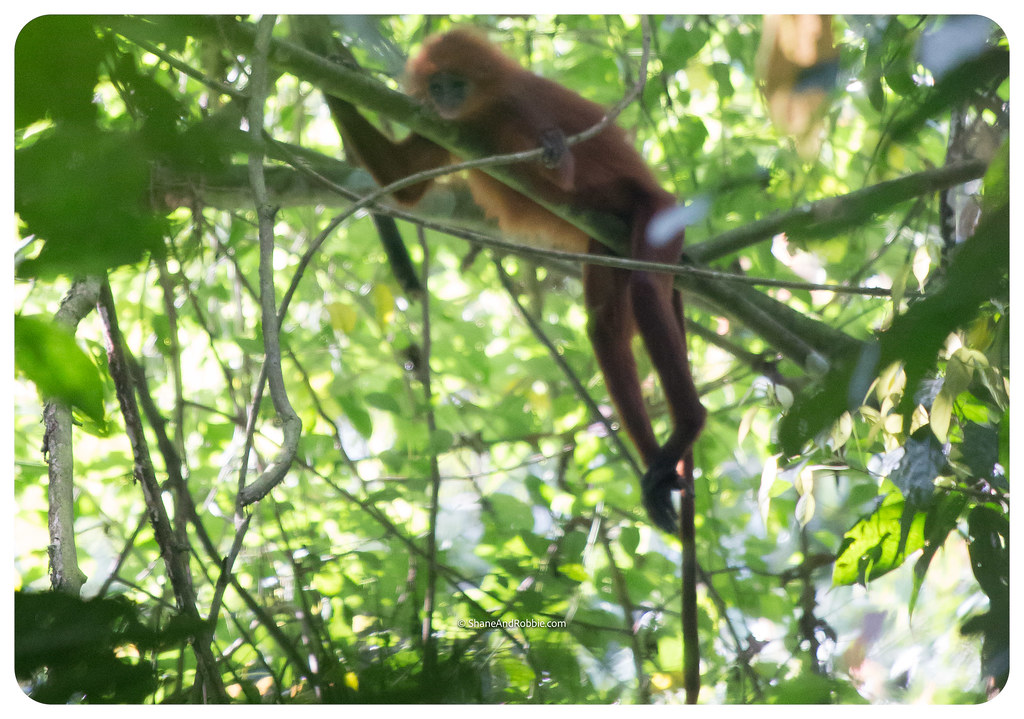 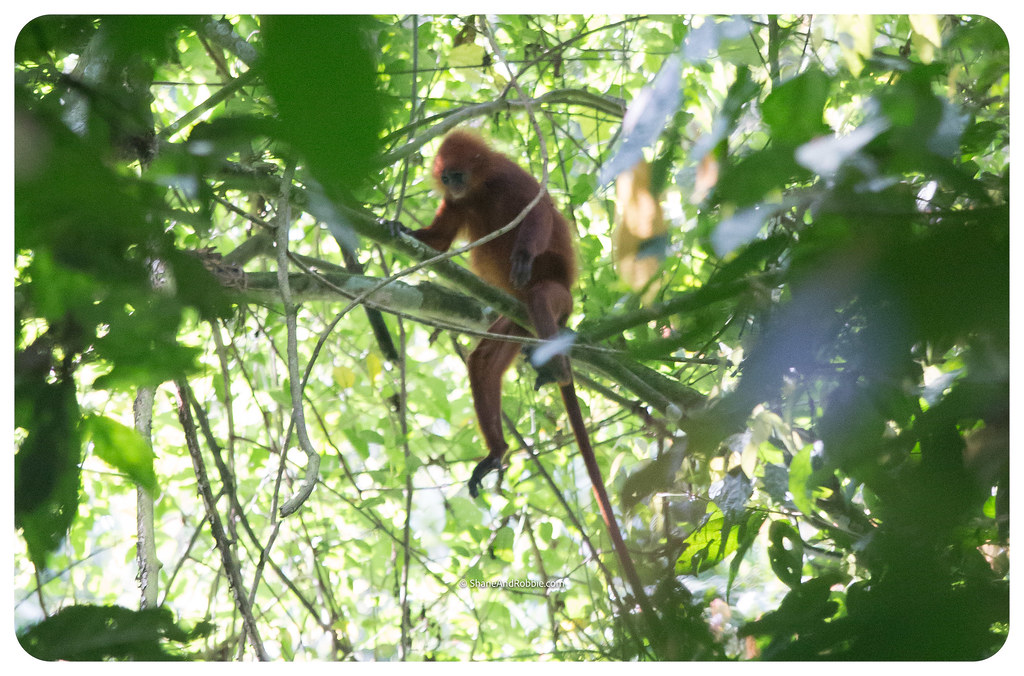 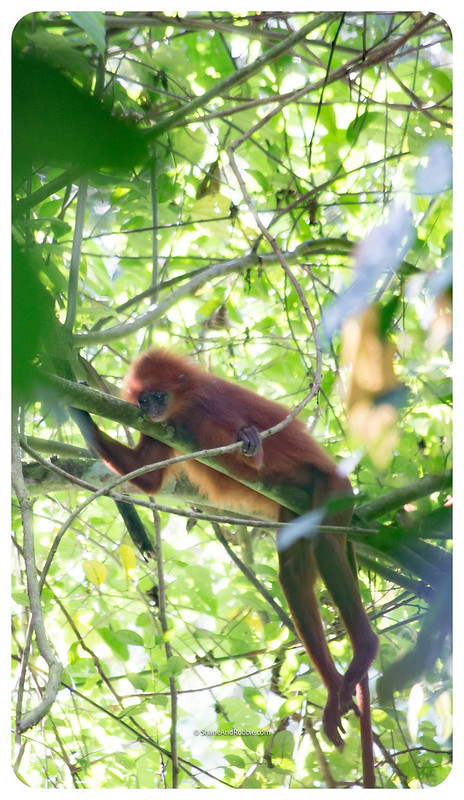 For our afternoon safari we went upriver instead of down, and passed through the local village of Bilit. Heading into more populated lands meant there was no wildlife to be seen, but it was still interesting to see how the locals have adapted to living along the banks of the Kinabatangan River. 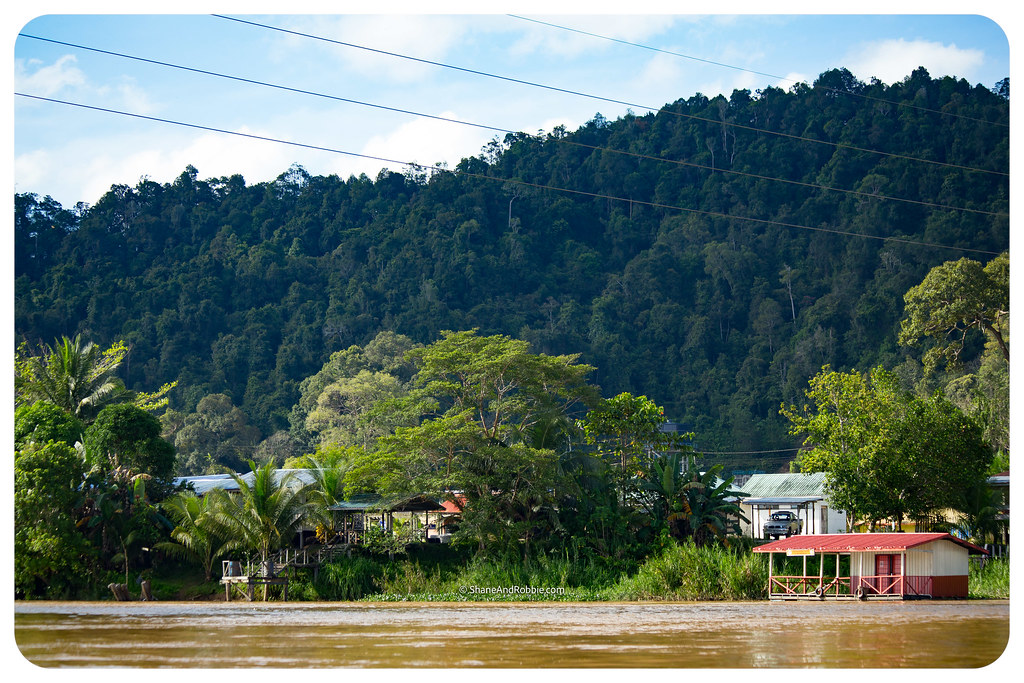 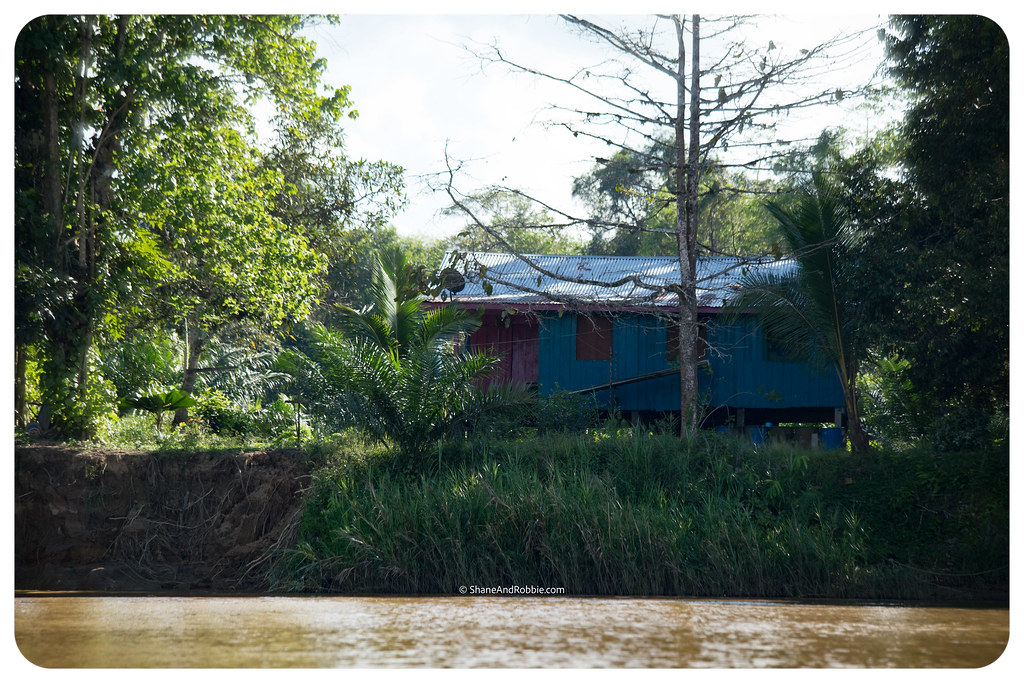 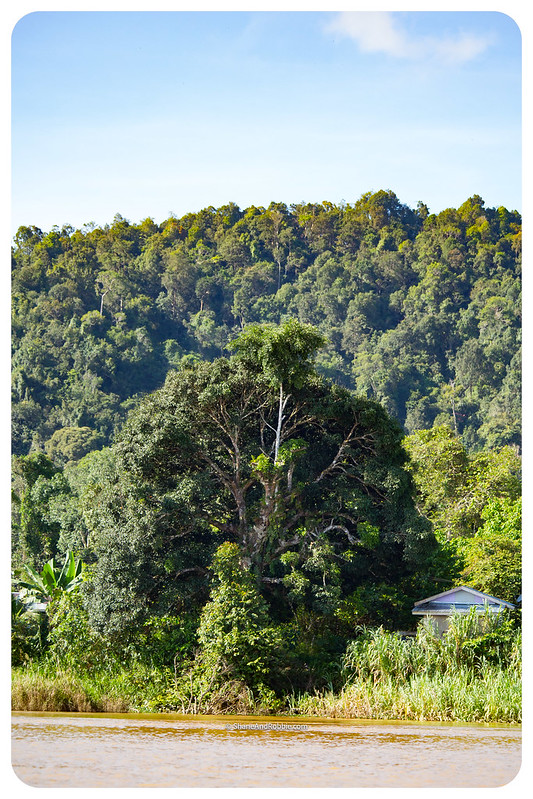 After yet another shower (“Borneo”, we’ve decided, is Bahasa for “hot and sticky”), and another delicious meal, we decided to join the night safari. This essentially involved sitting on an old church pew bolted to the back of a pick-up truck and being driven around the grounds of the lodge whilst a couple of guys with VERY POWERFUL spotlights sought out wildlife in the trees and bushes around us. 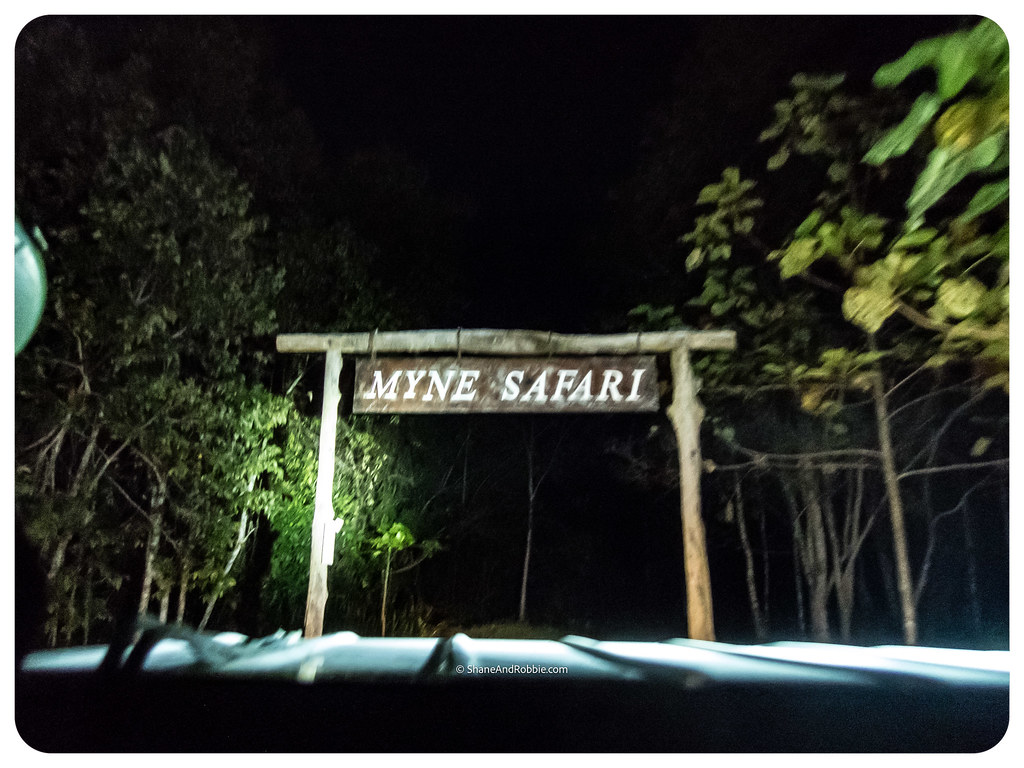 The most plentiful critters of the night were by far the bugs, with many of them following the Bornean trend of being super-sized. 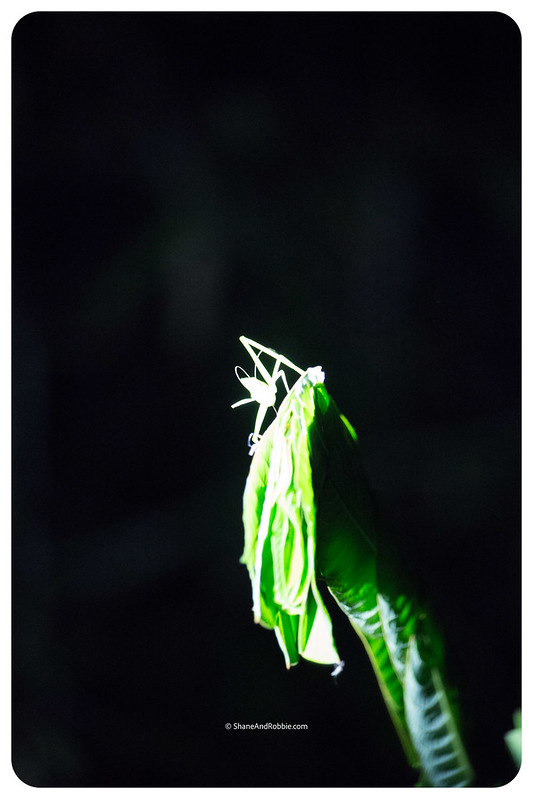 We also saw a few buffy fishing owls, a nocturnal bird endemic to Borneo that is found in wet tropical forests, mangrove forests, and other woody areas near water. 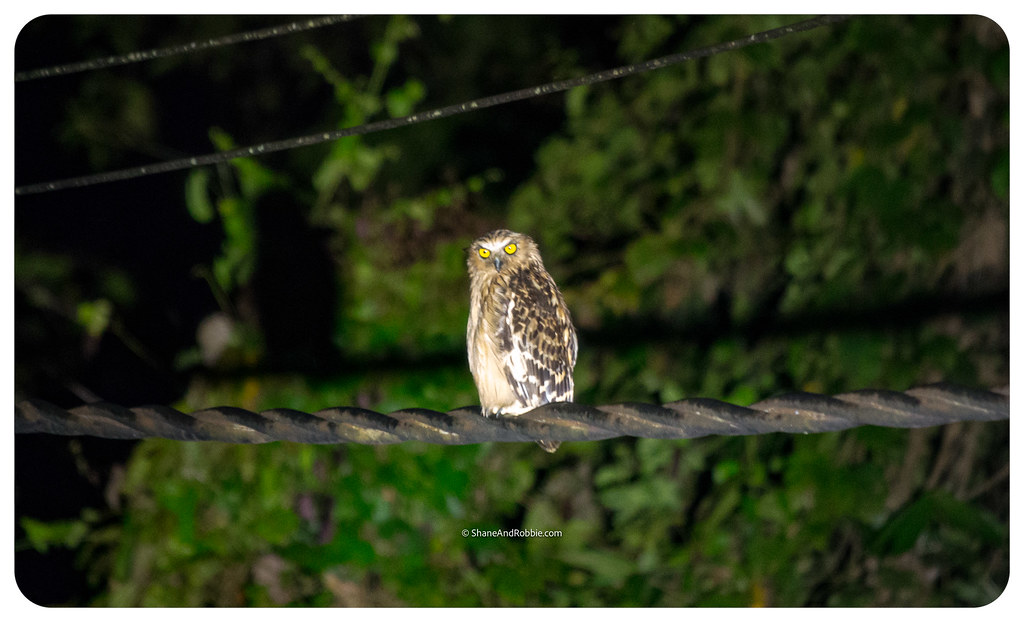 Best of all though was slow loris we came across, making it’s way along a power cable near the lodge. This tiny, golden, sloth-like creature moved so slowly it was almost comical. Normally a hunter of insects, this tiny mammal is unique in that it has a toxic bite. The toxin is excreted by a gland on their arm, and the secretion is activated by mixing with saliva. This toxic bite is the creature’s defence against predators – a necessary strategy given that fleet escape is not possible for them! 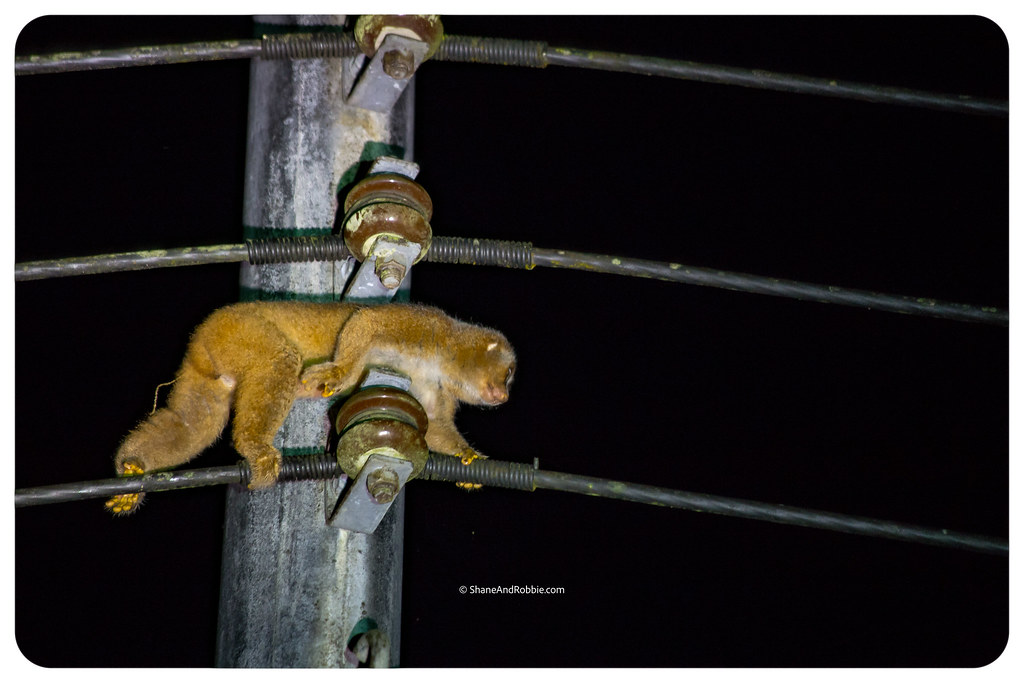 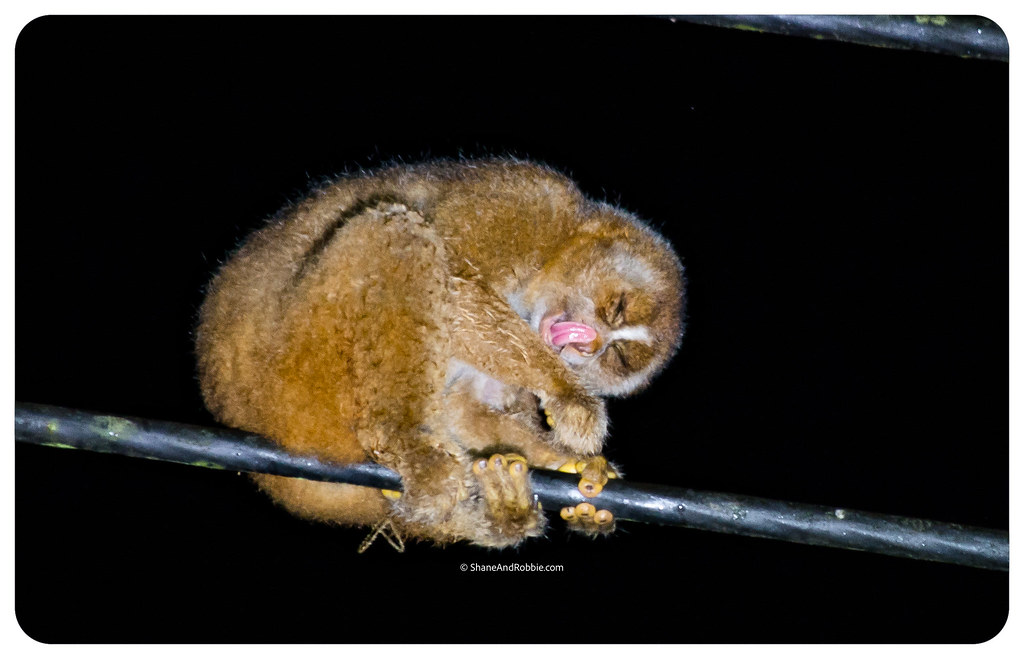 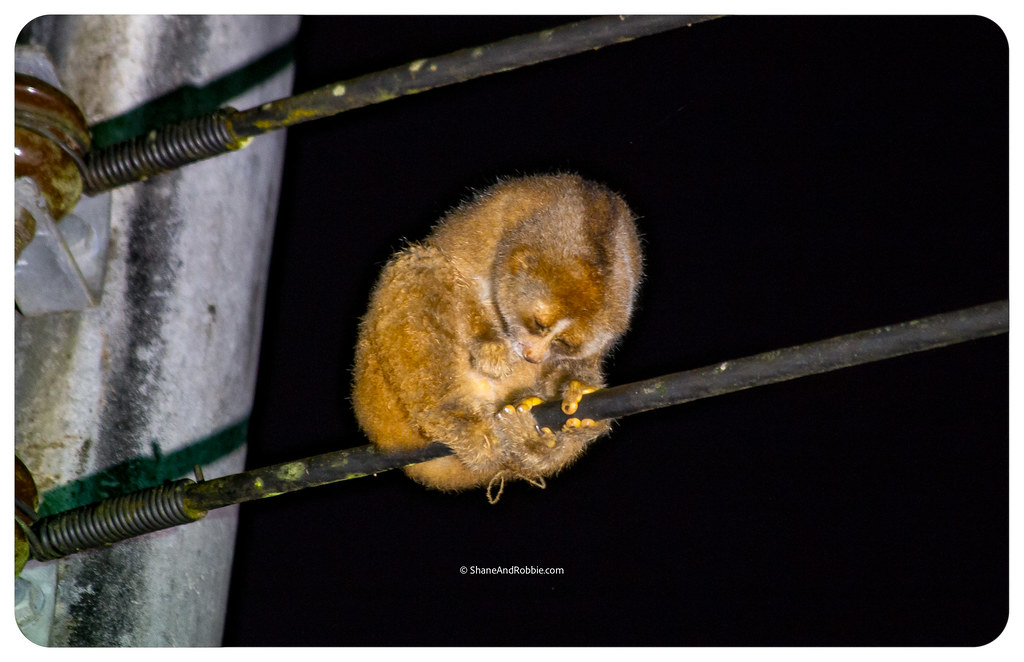 Like many of the animals we’ve been seeing here in Kinabatangan, the slow loris is an endangered species. Threatened by deforestation and habitat destruction, these tiny critters are also hunted for their bones which are used in traditional medicine, . They are also popular in the exotic pet market, where their large eyes and diminutive size make them appealing for idiots all over the world. 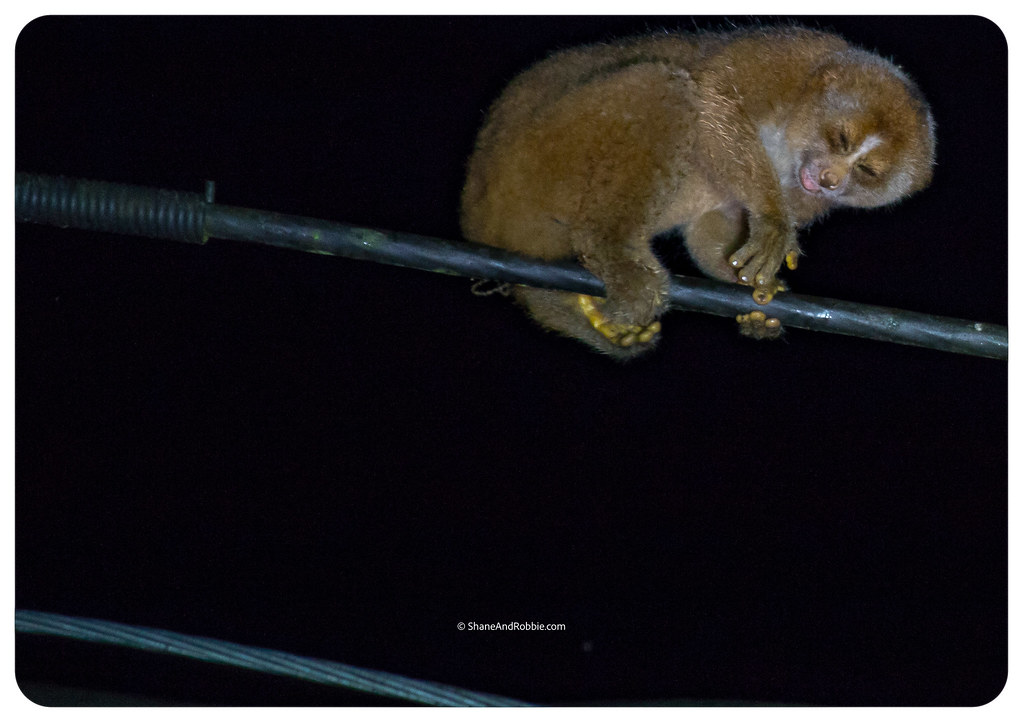 We were constantly accompanied by the sounds of the jungle: thousands of cicadas, the hoots of owls, and the howls of distant monkeys. We didn’t see a huge amount of wildlife as the moon was full and made the jungle a little too well illuminated for most nocturnal animals. It was still nice being out in the forest at night, though when the lights were put out and the dark became all-encompassing, it became quite scary out there. Something primal gets evoked when you’re under the shadow of all those ancient trees and the smells of the jungle envelope you. That’s when your fragility as a human become as all too apparent and the sounds of the jungle start to seem a little more threatening… Luckily we made it back to our safe and comfortable river lodge without incident, and are settling in now for our final nights’ sleep out here in Kinabatangan. 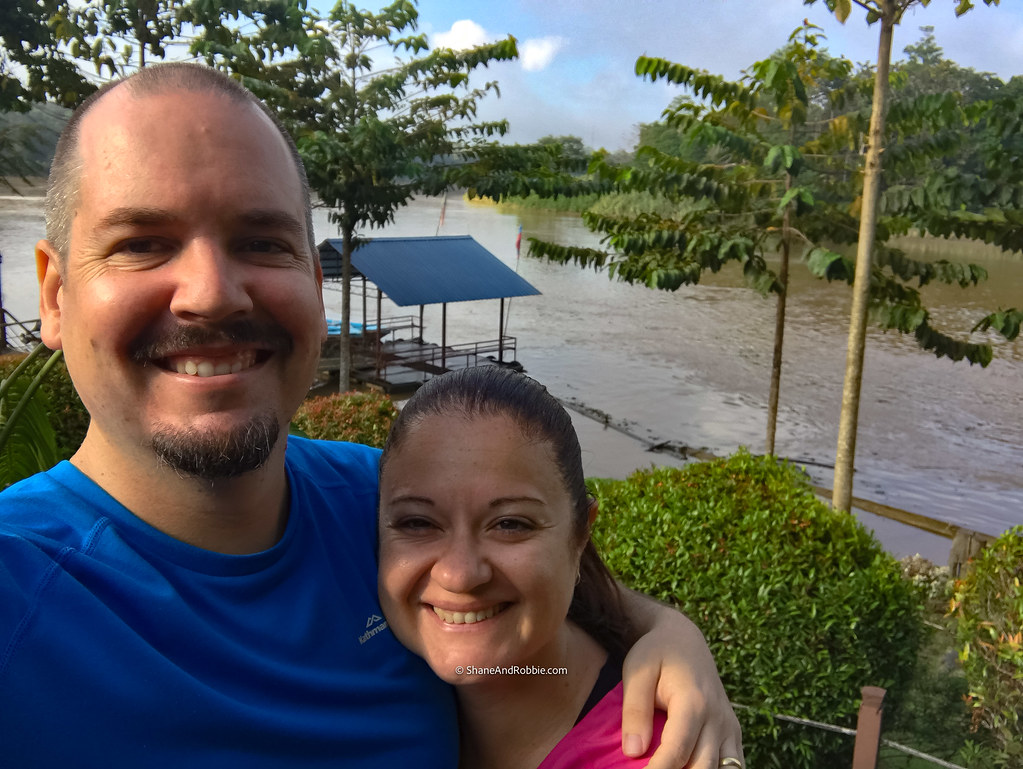