THE STINKIEST CAVE IN SABAH…

One of the pleasures of traveling is challenging yourself – stretching your boundaries and finding your limits. Travellers often find themselves doing things well outside their comfort zone, and it is these experiences that can be one of the most rewarding aspects of travel. Today, however, we crossed a limit that I would have quite happily kept unexplored – the shitelimit. We visited Gomantong Cave today and there discovered that there is actually such a thing as too much bat shit…. 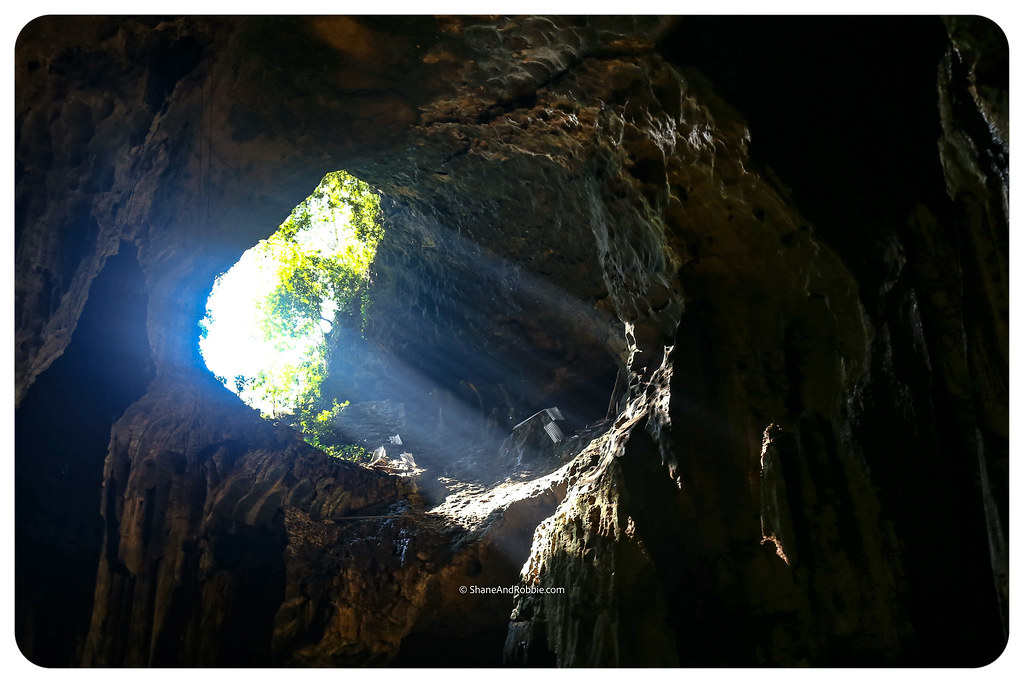 Gomantong Caves are an intricate cave system inside Gomantong Hill on the road between Kinabatangan and the town of Sandakan, where we’re staying for the next couple of nights. Like much of the landscape in South East Asia, this area is peppered with karst hills. These remnants of a long disappeared sea bed are made of limestone and so easily eroded by water and the elements, which is how Gomantong Caves formed. 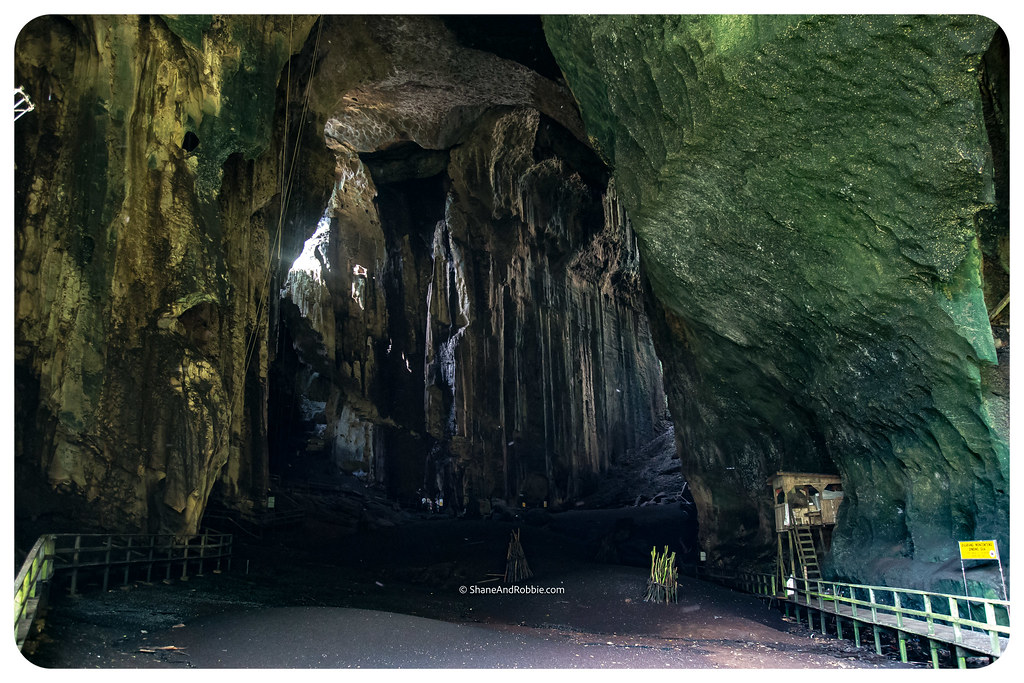 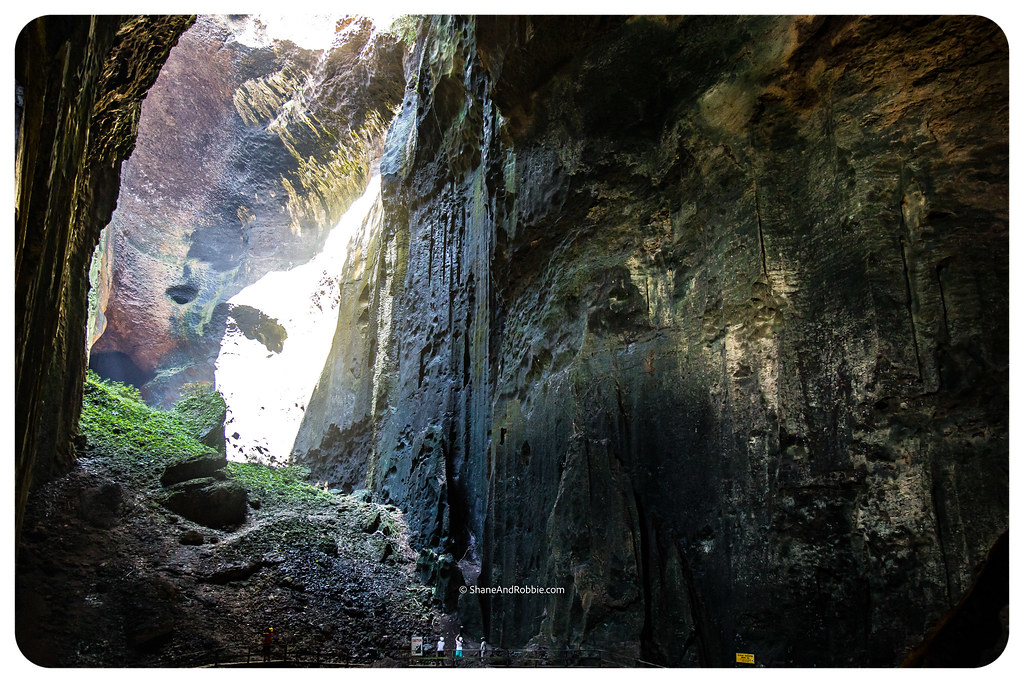 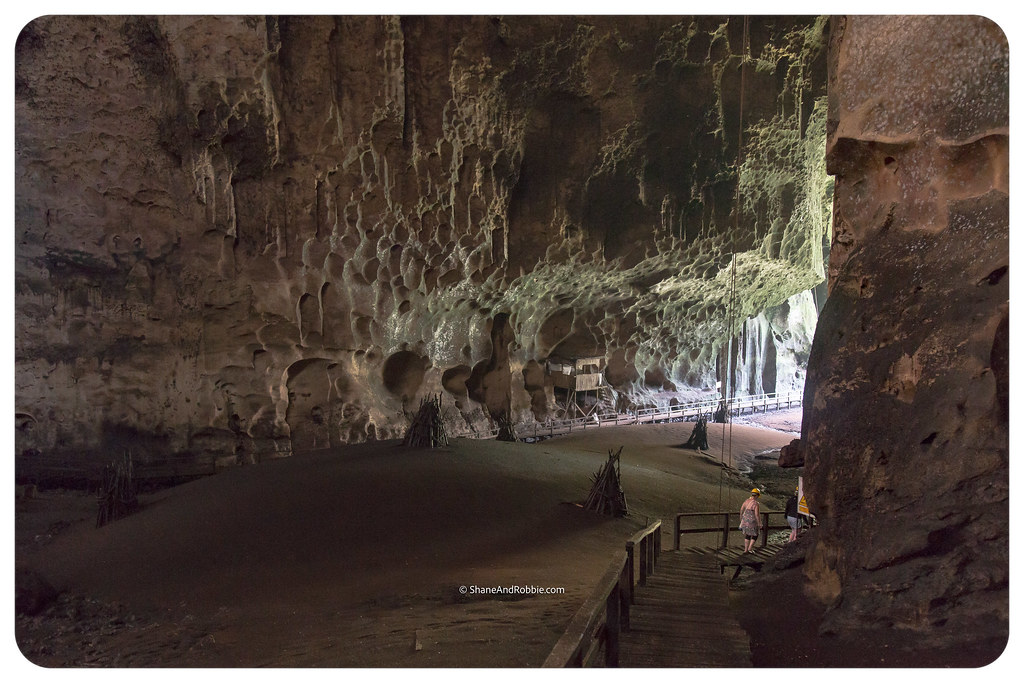 The caves themselves are vast, though only the outer portions are easily accessible. A number of species live within the 110m-tall caverns including swiftlets, whose highly valued nests are collected by locals via precarious bamboo ladders and poles. There are also hundreds of thousands of bats living in the upper reaches of the cave. 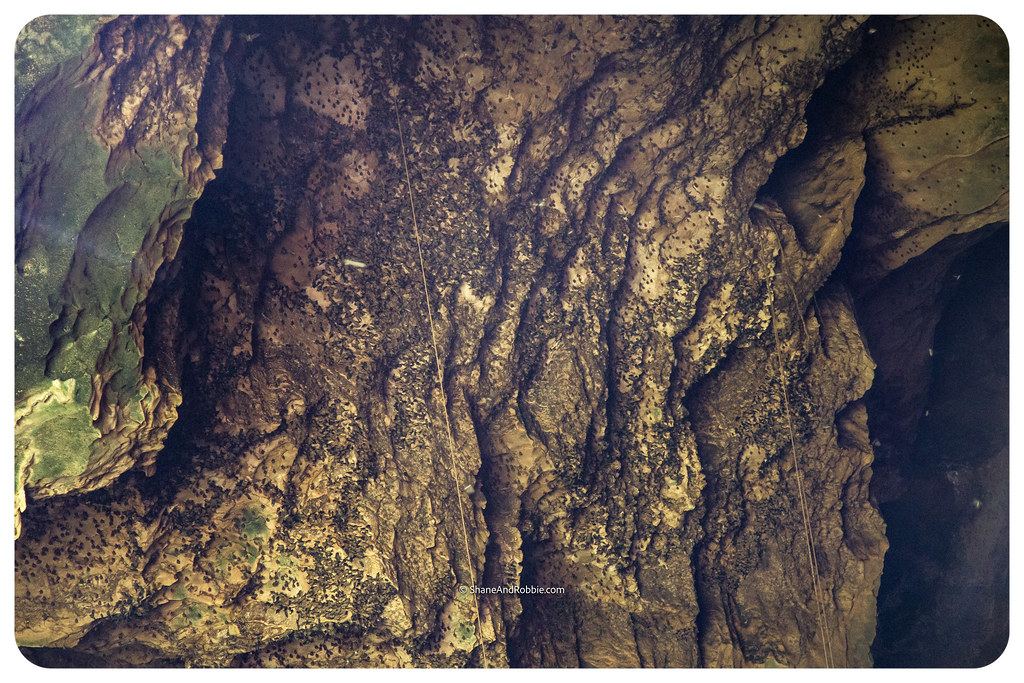 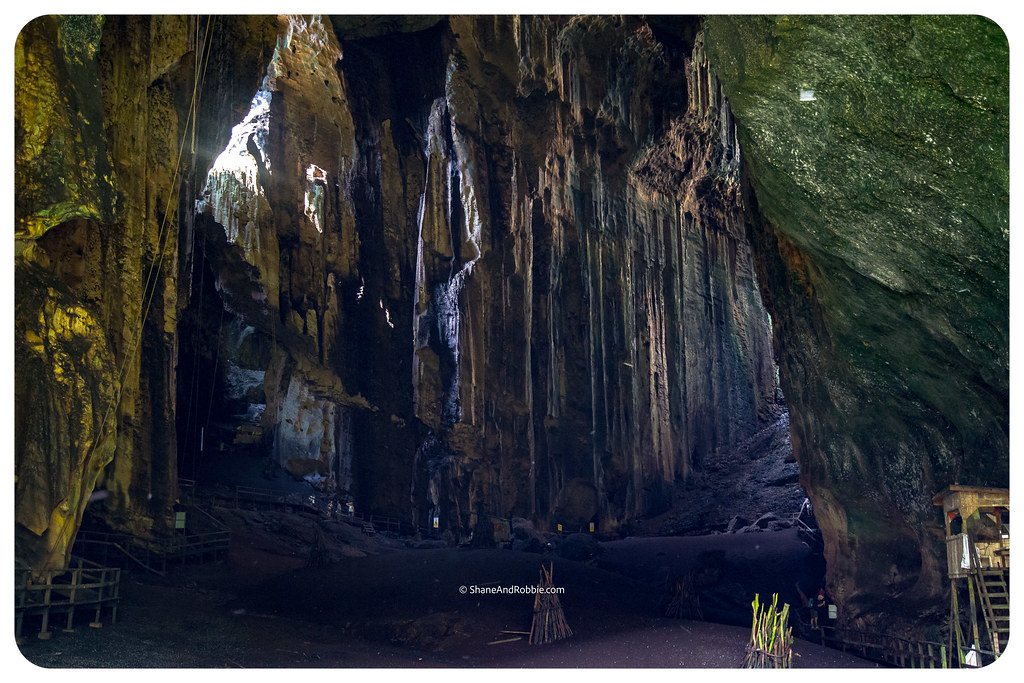 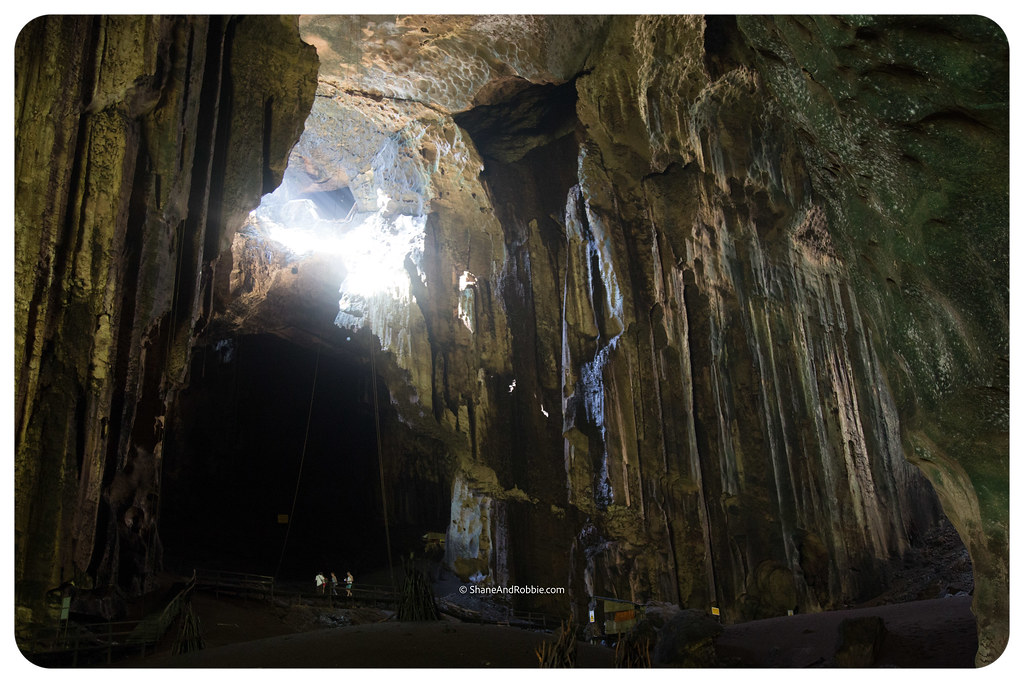 The cave is home to about 300,000 bats, who all leave the cave at dusk to hunt for insects and return before dawn to roost for the day. After their nightly repast of insects, the bats must…, well, relive themselves. And that’s why the entire floor of the main cavern is piled high in bat faeces. Literally mounds and mountains of the stuff. Splashes of white swiftlet poop was mixed in with the piles of black bat guano, adding to the fragrant aroma. 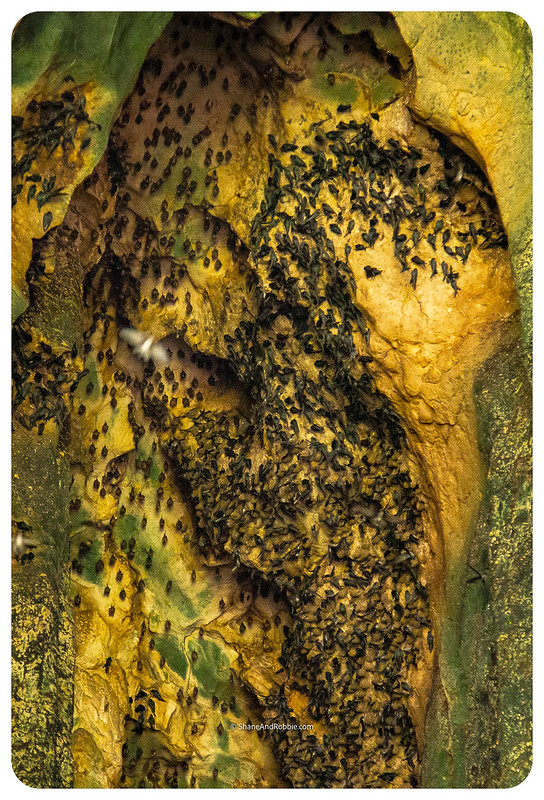 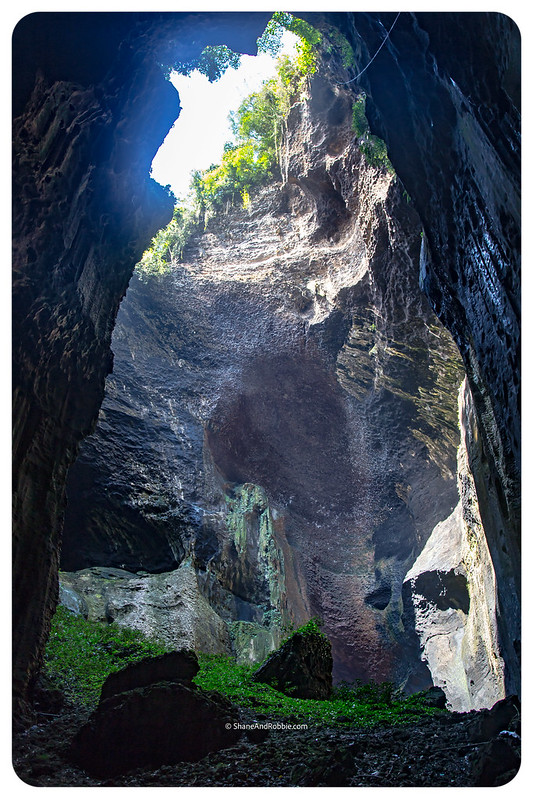 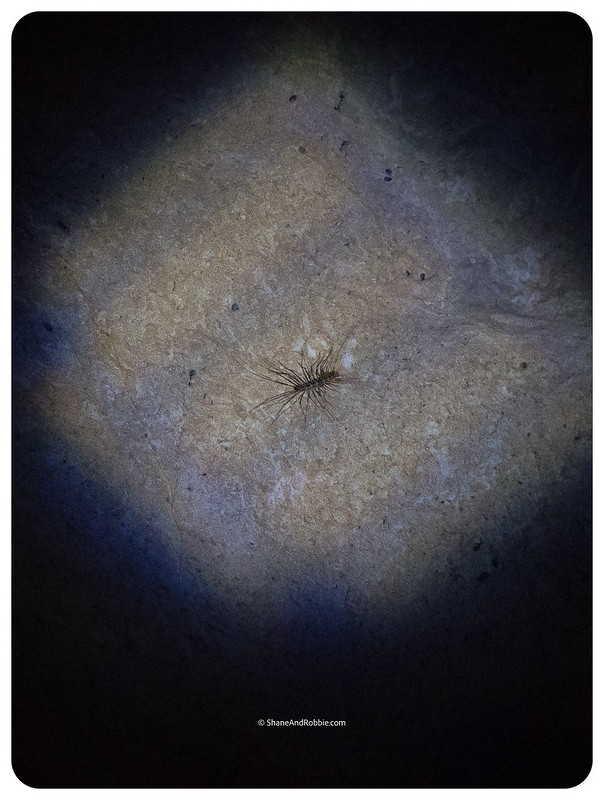 There was a wooden walkway snaking around the perimeter of the main cavern that we walked around. The smell was just horrendous, but it was the truly horrific numbers of cockroaches and other insects that live in the cave’s guano deposits that made the whole experience of wandering around the cave like something out of a bad dream… 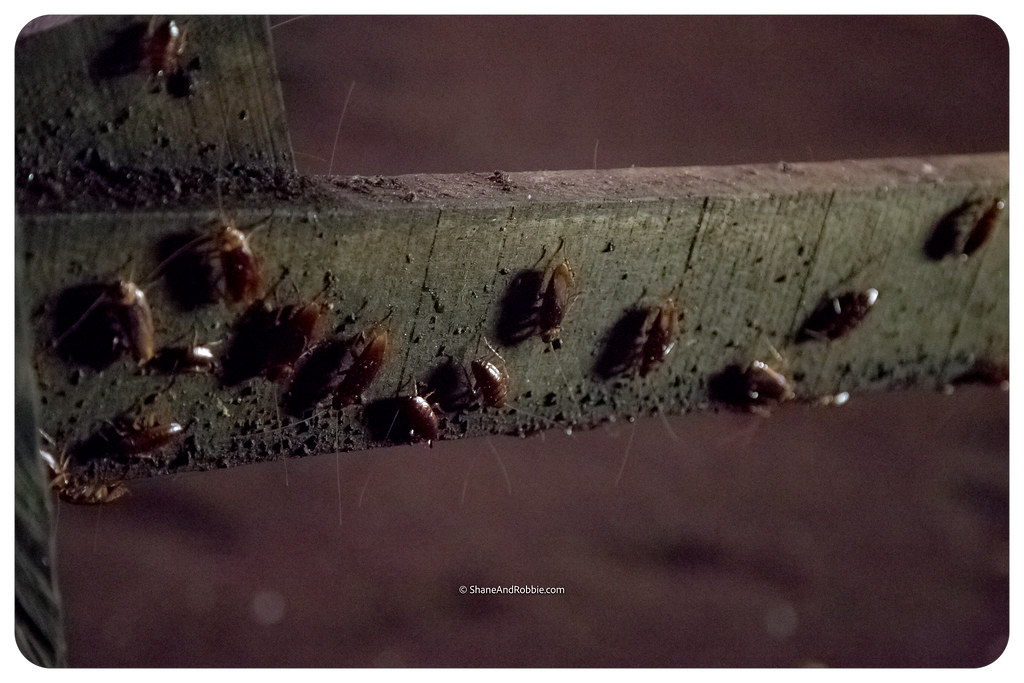 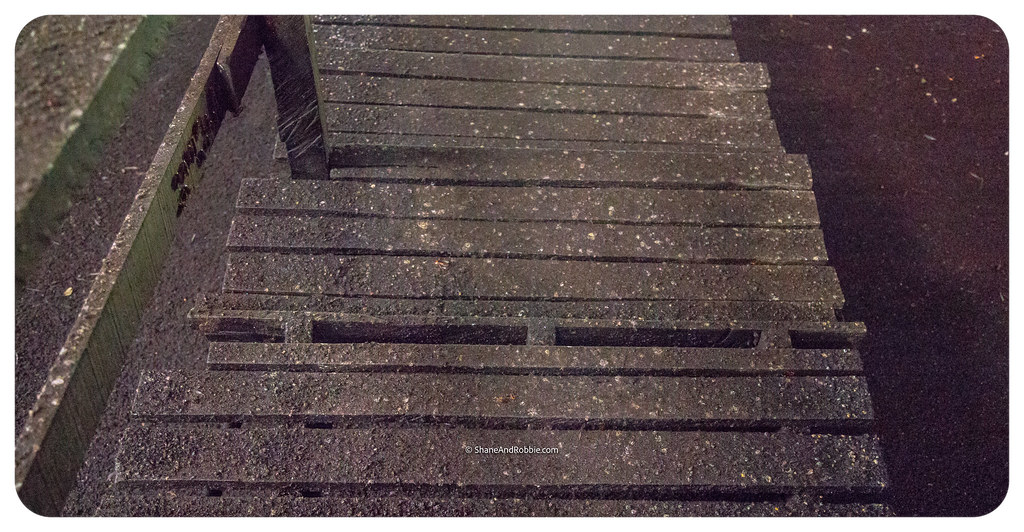 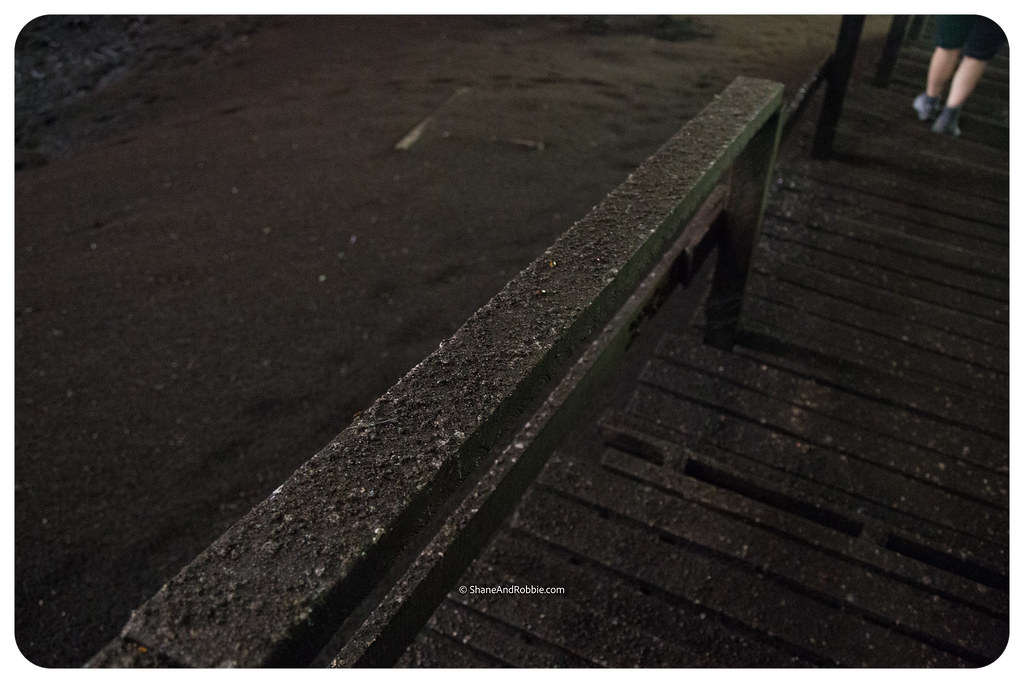 The wooden walkway was slick with sh*t, making the walk around a truly precarious affair. I had a scary moment where I slipped on some poop and made a grab for the handrail… WHICH WAS COVERED IN BUGS AND FAECES! Luckily Shane was there to save me – he grabbed me before I had a chance to end up face first in bugs and guano. My Knight in Shining Armour indeed!

Despite the smell, poop, bats, birds, and bugs, the caves were actually quite spectacular. Still, we weren’t sad to leave them behind and find fresher air… 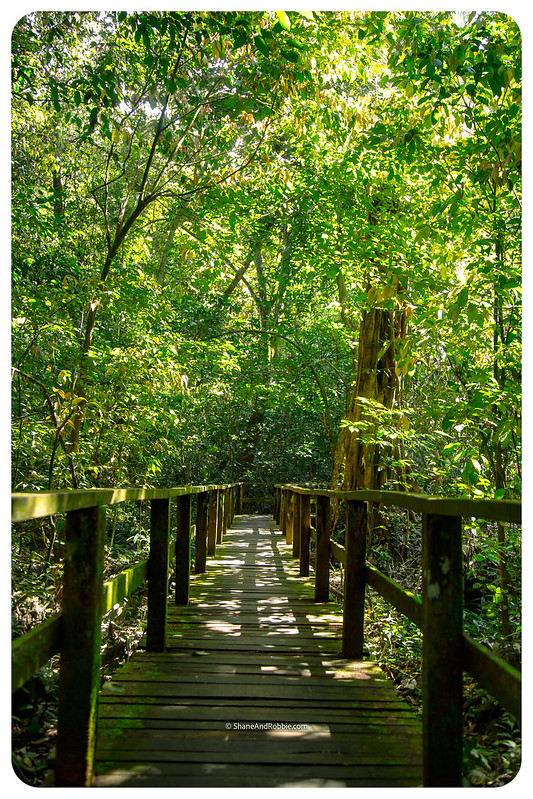 From Gomantong Caves we continued on our journey towards Sandakan, passing lots more palm plantations along the way. When we got to the coast, the Sulu Sea and its islands came into view. 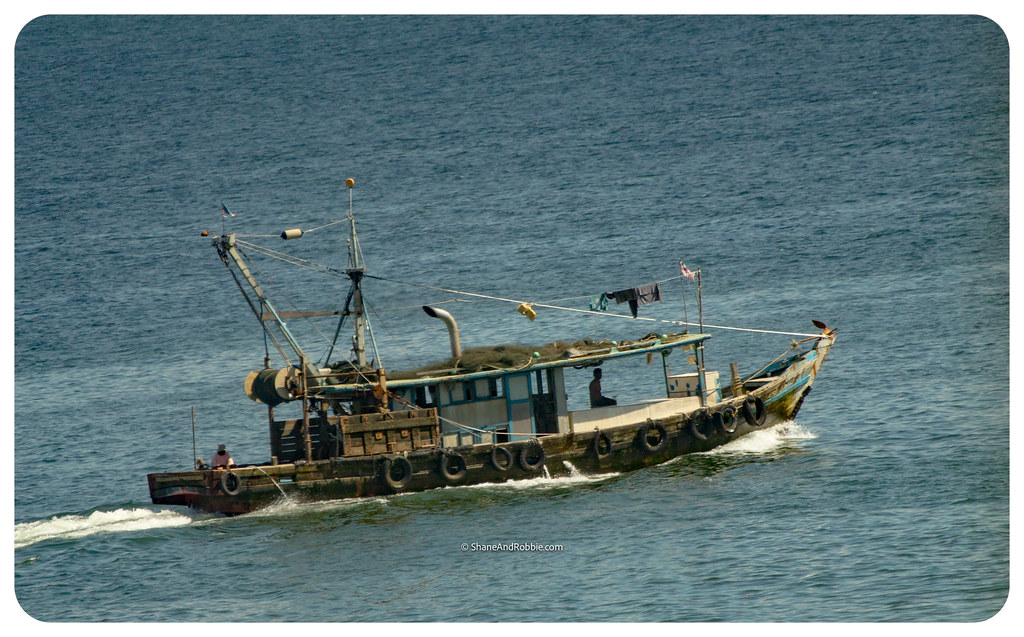 The road snaked its way along the coast towards Sandakan, passing Kampung Air (i.e. Water Village). This over-water village is home to about 40,000 people, many of them amongst the poorest in town. Lacking basic infrastructure like fresh water, a sewerage system, or rubbish collection points, the village was a pit of garbage and human waste. In amongst the wooden walkways and homes, children played amidst the filth and thousands of lives are played out. These kinds of villages are always a bit confronting, especially in a country as (relatively) affluent and developed as Malaysia. 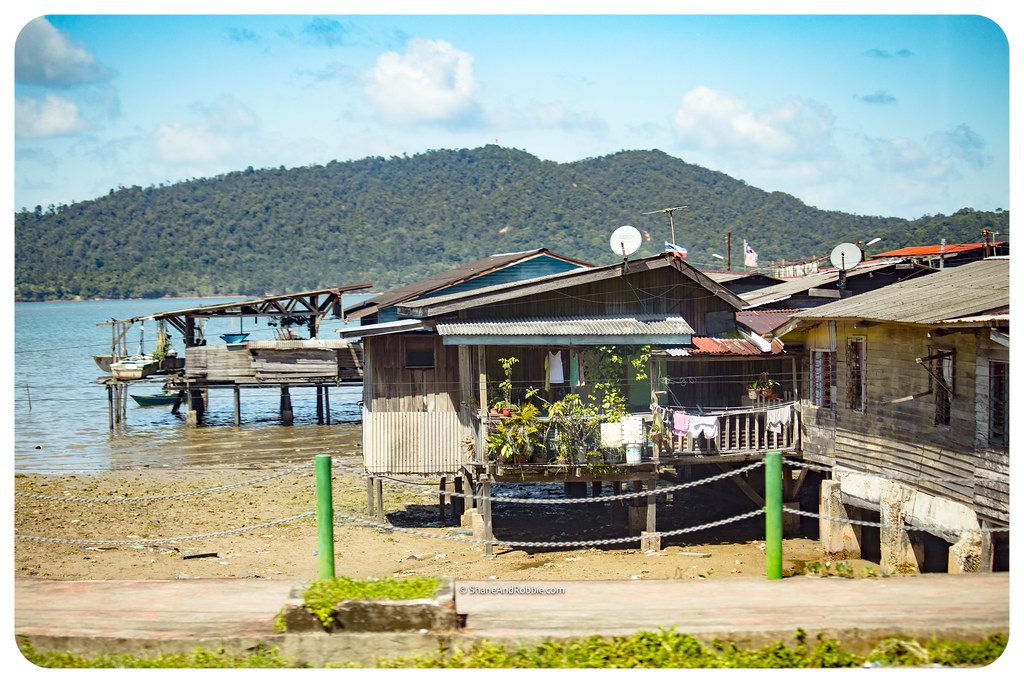 We arrived into Sandakan town itself around lunch time and checked into our hotel before heading out for an afternoon of sightseeing. Sandakan does not have much to offer in the way of sights and attractions, though the war memorial was a worthwhile stop. 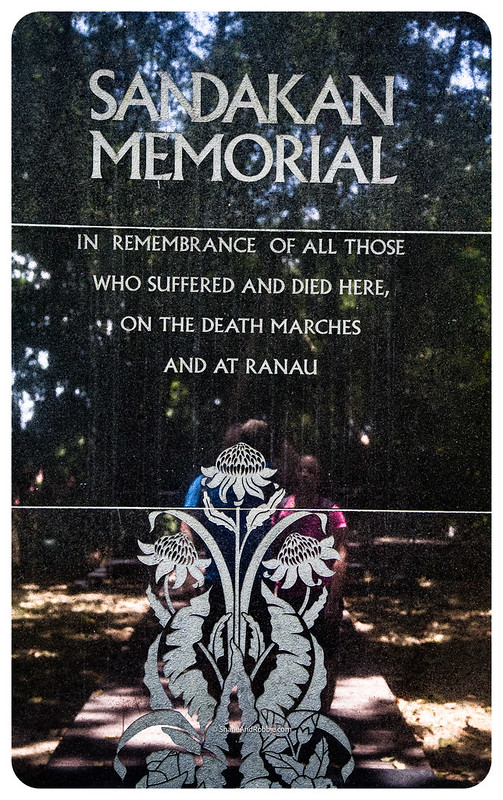 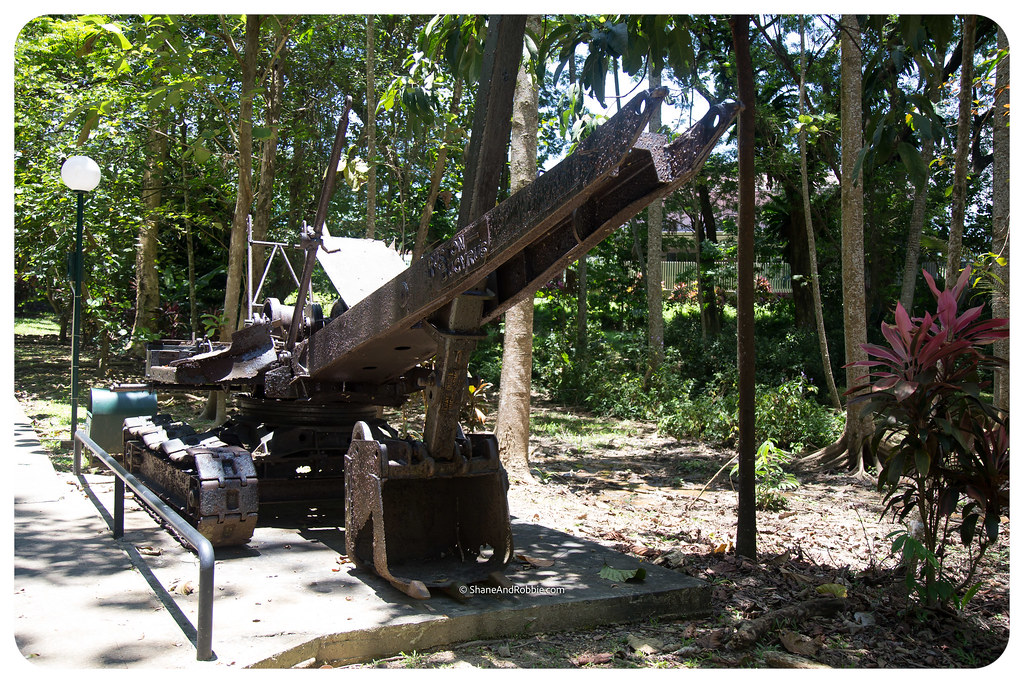 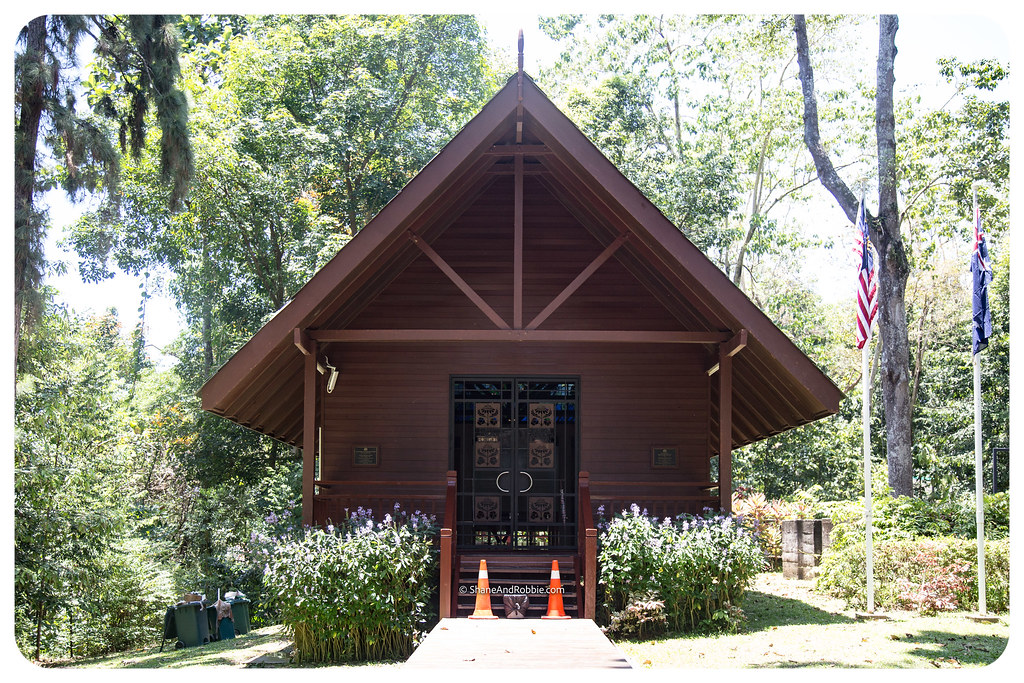 Sandakan Memorial Park is a memorial site built on the site of the former Japanese World War II prisoner of war camp. The site is dedicated to all the Allied POWs who died during the Death Marches from Sandakan to Ranau in central Borneo. More than 2,000 (predominantly British and Australian) POWs died along the way, with just 6 survivors living to tell of the terrible conditions endured along the way. 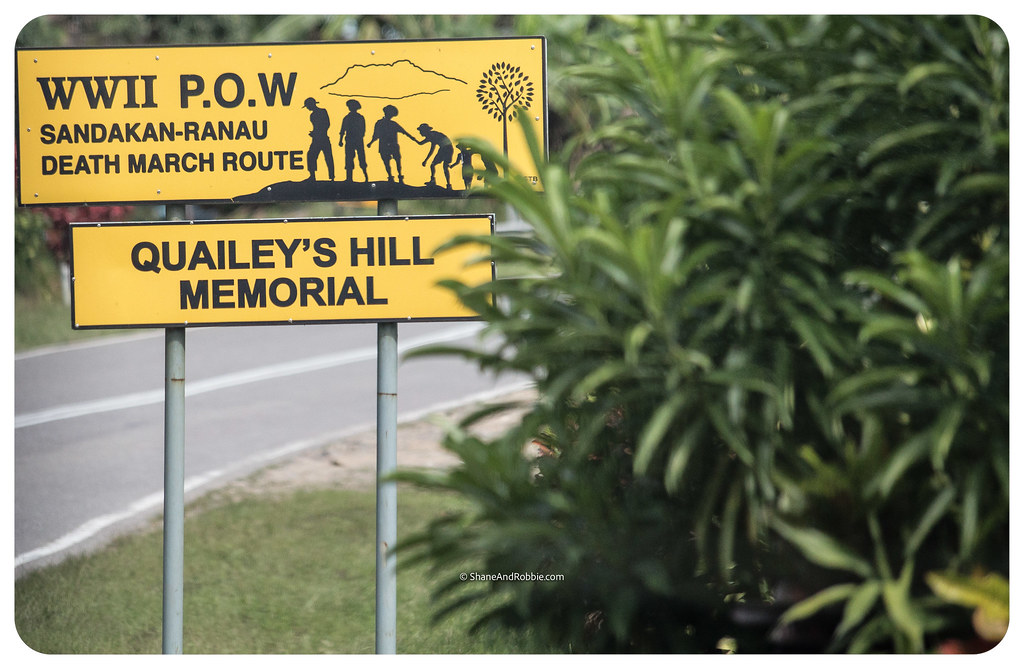 The War Memorial was a sombre stop and left us silent and reflective. So we spent the rest of the afternoon quietly relaxing in town, and the evening enjoying dinner and a quiet drink on the rooftop of our hotel. Watching the sun set over Sandakan and marvelling at how fortunate we are to live lives untouched by war or brutality. 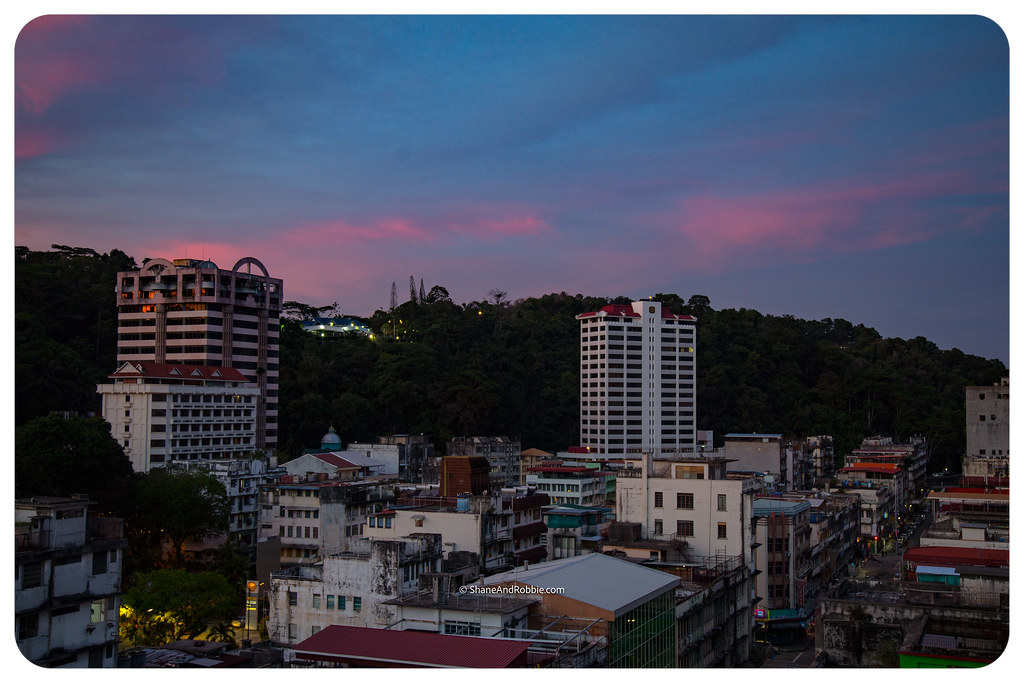 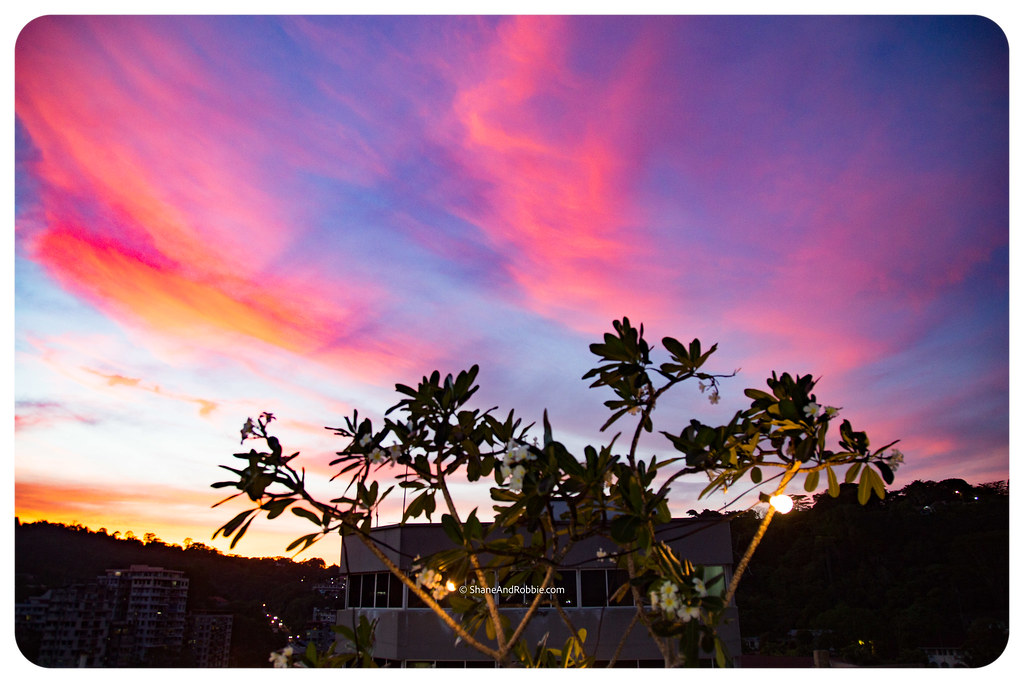 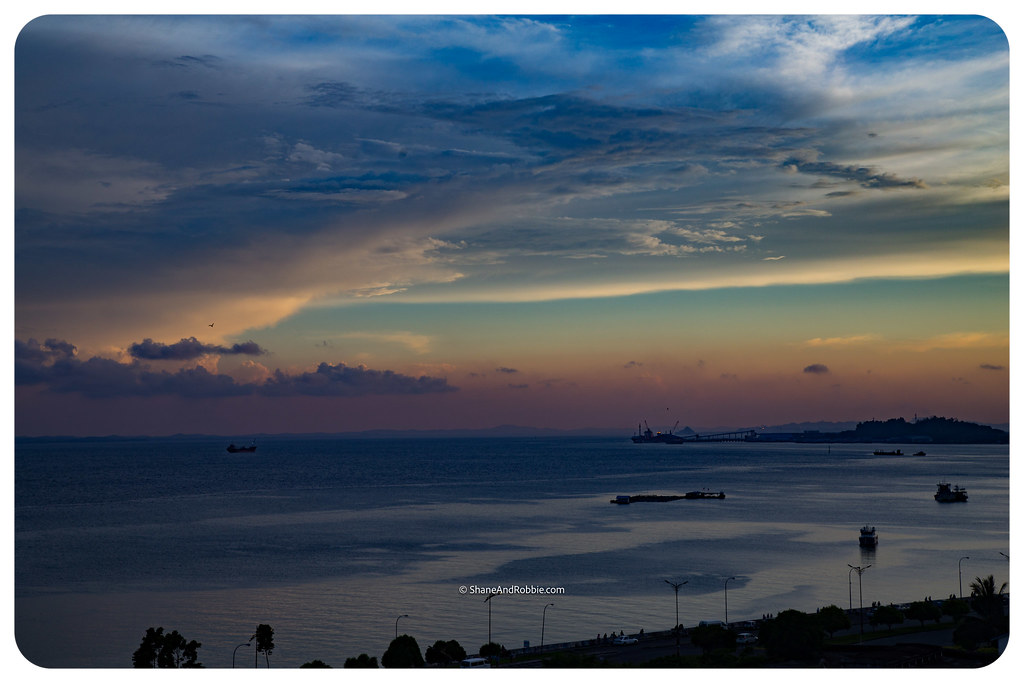 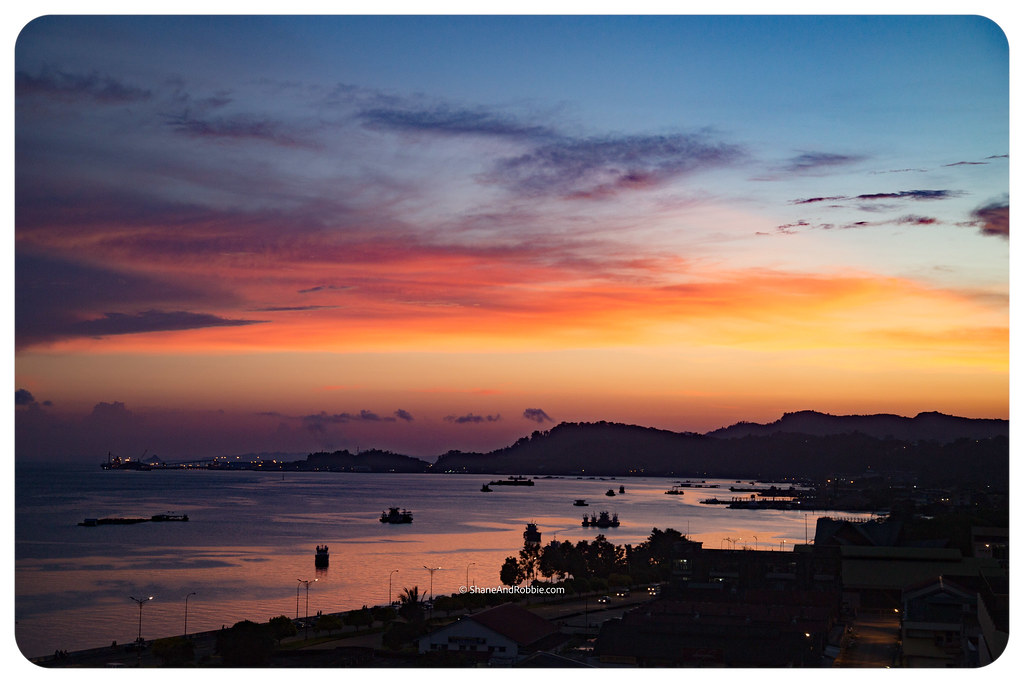 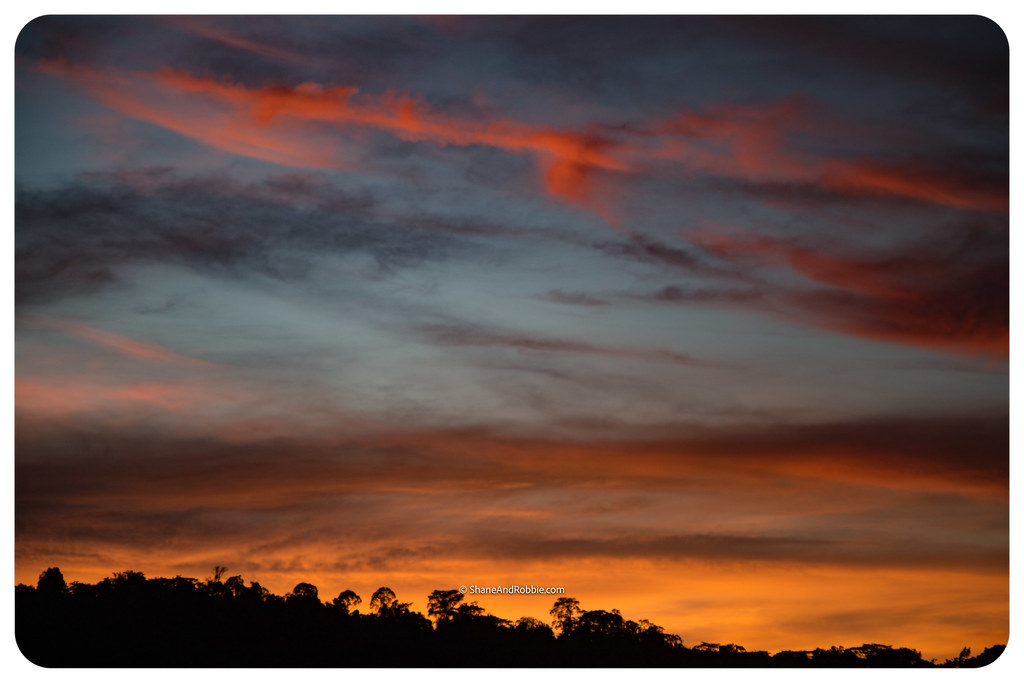