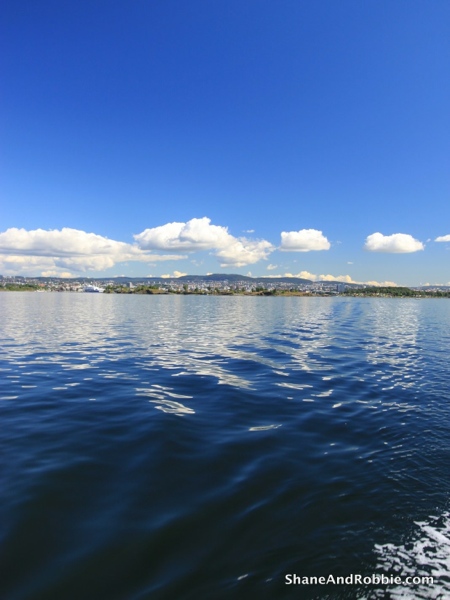 Life in Oslo is fantastic! We had a great day today wandering around Oslo. It’s a pretty cool city; it doesn’t have quite the same charm as Stockholm, but it’s certainly worth exploring for at least a day or two. The city itself only has a population of […]

Hitching a ride to Oslo on the Bergen Railway We’re in Oslo blog-fans! The only city in the world where you can pay $12 for a Big Mac (if you’re so inclined, which we are not), and yet pay nothing to see the original “Scream” painting by Impressionist […]

A damp day to go troll hunting in Bergen… After our 12 hour adventure yesterday we wanted to spend today chilling out here in Bergen, checking out the local sights and soaking in some Norwegian ambience. So we had a sleep-in then set out with all our wet […]

Norway in a Nutshell Evening blog-heads. Hope your day was as awesomely EPIC as ours! Today we embarked on a 12 hour adventure aptly named “Norway in a Nutshell”. The tour is designed to showcase a little bit of everything Norway has to offer in the way of […]

DAY 58: JUST FJORDING AROUND IN NORWAY…

Misty mornings, fabulous fjords and beautiful Bergen Greetings blogaholics! We woke very early this morning after a seriously crap nights’ sleep – I mean, I know they say the Hurtigruten ferry is a “working ship”, and I get that this means it will make regular stops at all […]